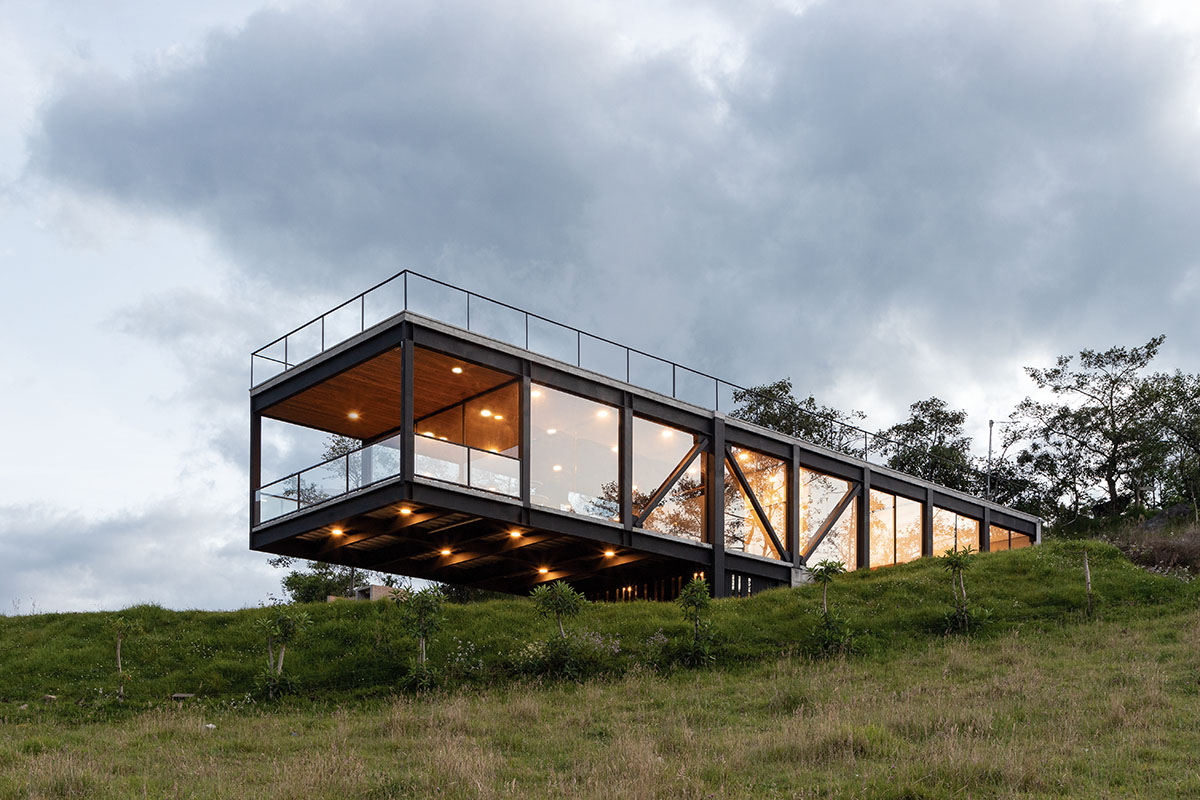 Named House SPL, the house was designed for the architect's three American friends who lived in their early ages in Ecuador. As the studio noted, the clients wanted a place where they can reunite and reconnect with the country.

The house is located in Pijal, a community of mainly Otavaleña indigenous population, on the slopes of San Pablo Lake, one the most important lakes in Ecuador. 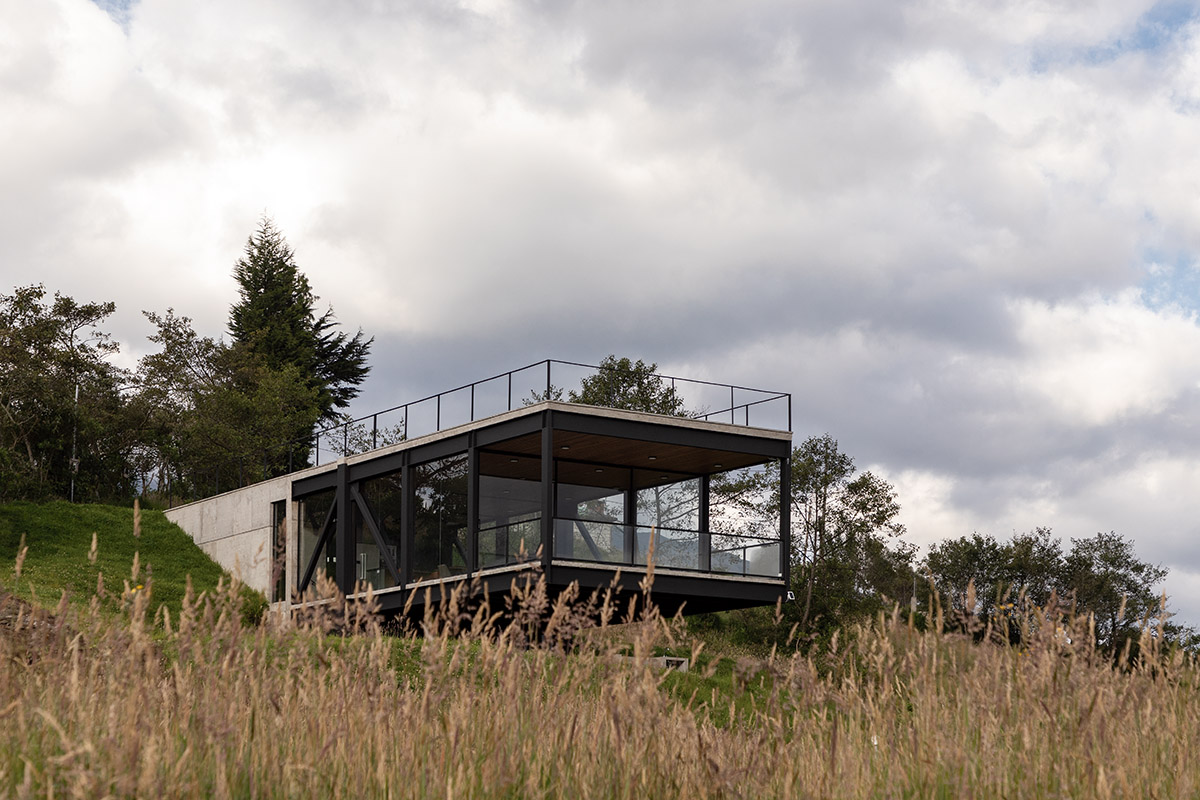 From the site, the North Ecuadorian Andes can be easily seen such as Cusín Hill, in the front; the great Imbabura Volcano; and the Cotacahi Volcano a little bit further north.

The studio placed the building according to the shape of the topography of the lot that descends contrary to the Lake. 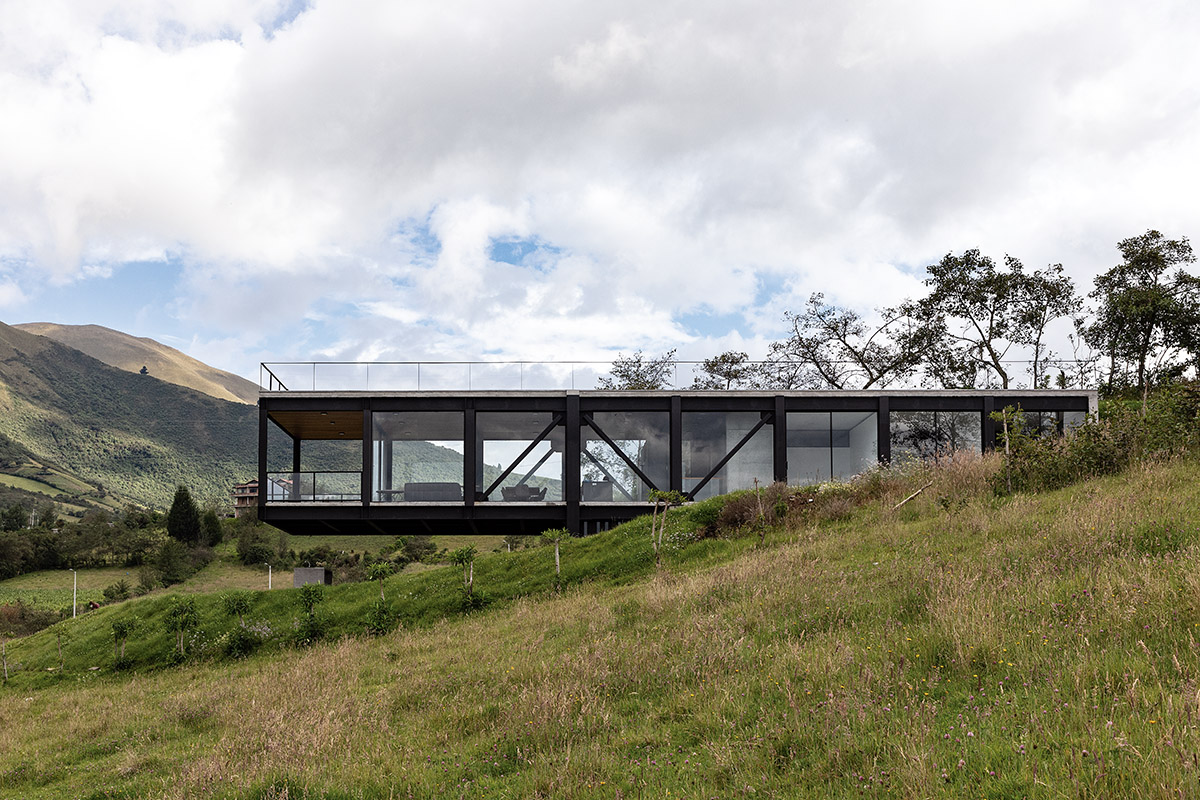 While the building is embedded in the opposite direction to the slope, the cantilevered part of the structure obtains mesmerizing visuals towards the Lake and looks at the extensive landscape of the northern Ecuador.

"This design decision imposes half of the volume to be buried in the ground, and the other half to rise an epic 12m long cantilever, perpendicular to the level curves," said the studio. 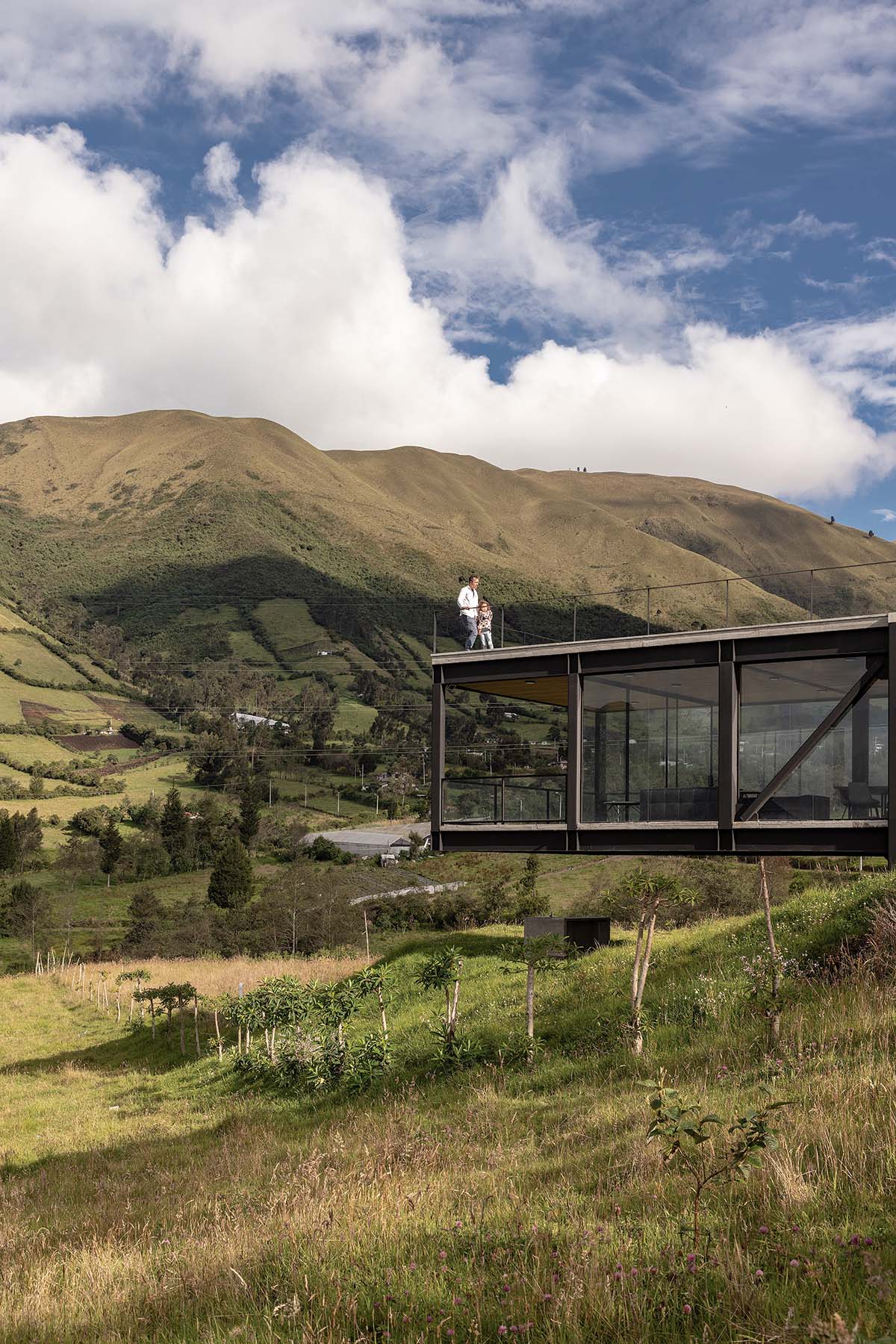 The studio decided to create a large cantilever based on its structural system. The strength of the structure creates the architectural language of the building.

Two large parts form the structure: one part is made of heavy concrete anchored to the ground, from which an habitable area, another part is supported by a steel beam that cantilevers from the terrain.

Drawn on an elongated layout, the architectural volume contains the entire program. The access is provided under the cantilever along with a vertical circulation. 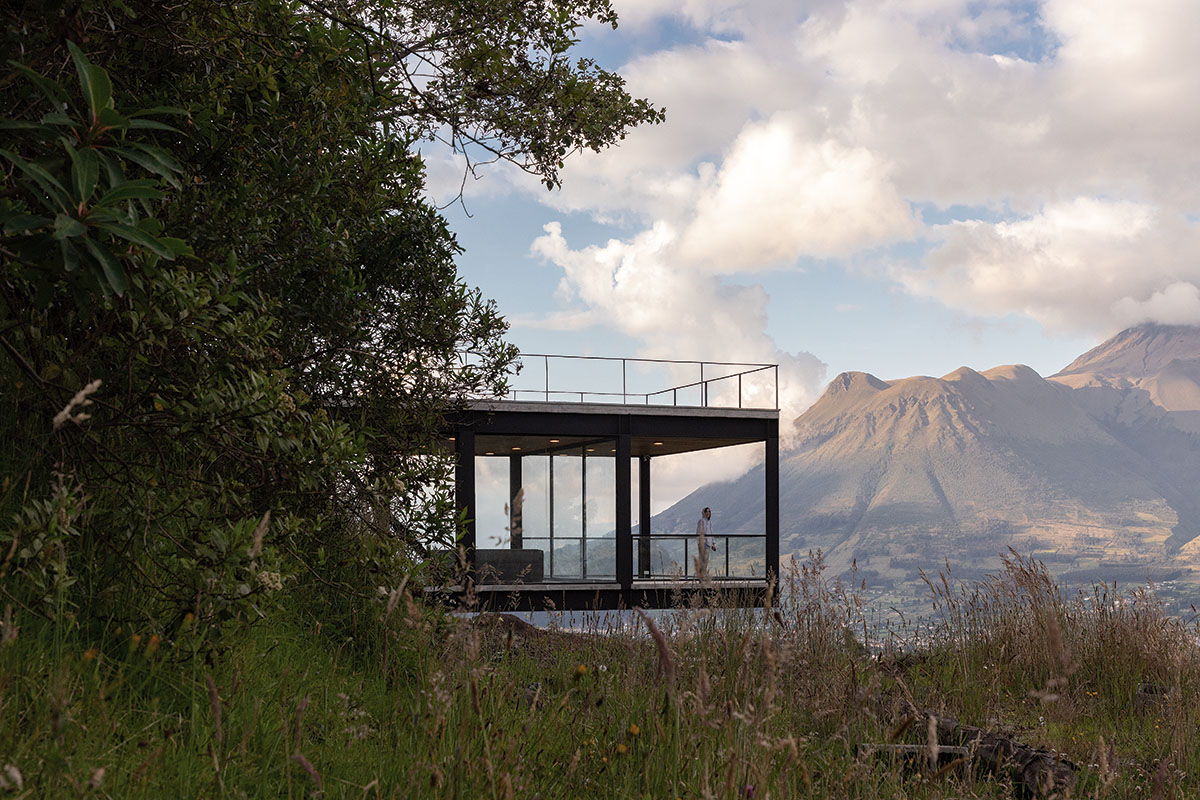 Three bedrooms with full bathrooms are placed at the embedded part of the structure and a living room and kitchen is designed at the front side.

"The rooms belong to everyone, a large closet divided into three parts was proposed to ensure that each one of the owners have their own. Therefore, everyone can use any room that is available at the moment," the office added. 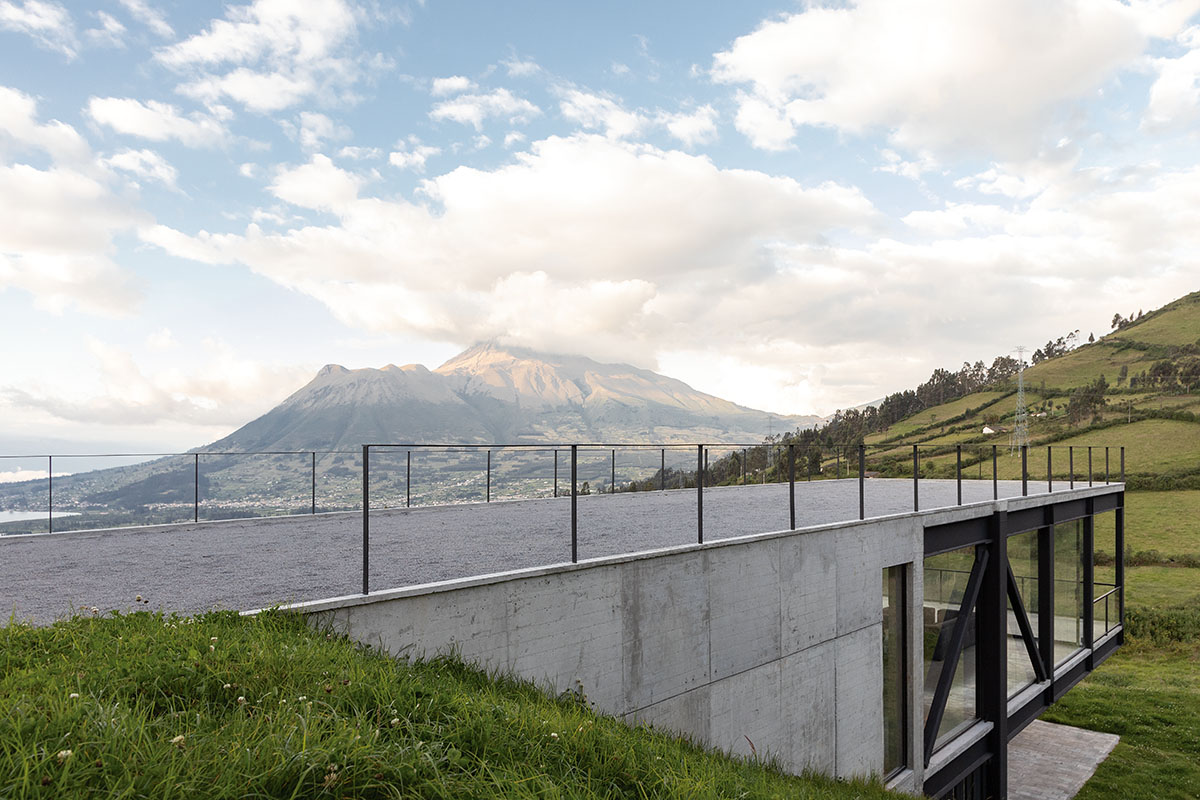 The vertical circulation element connects the two floors and is placed in the center of the floor plan to solve the public and private zoning of the project.

All the living spaces are oriented towards San Pablo Lake, the bedrooms have direct access through sliding glass doors to the garden, which is located at the upper part of the land. 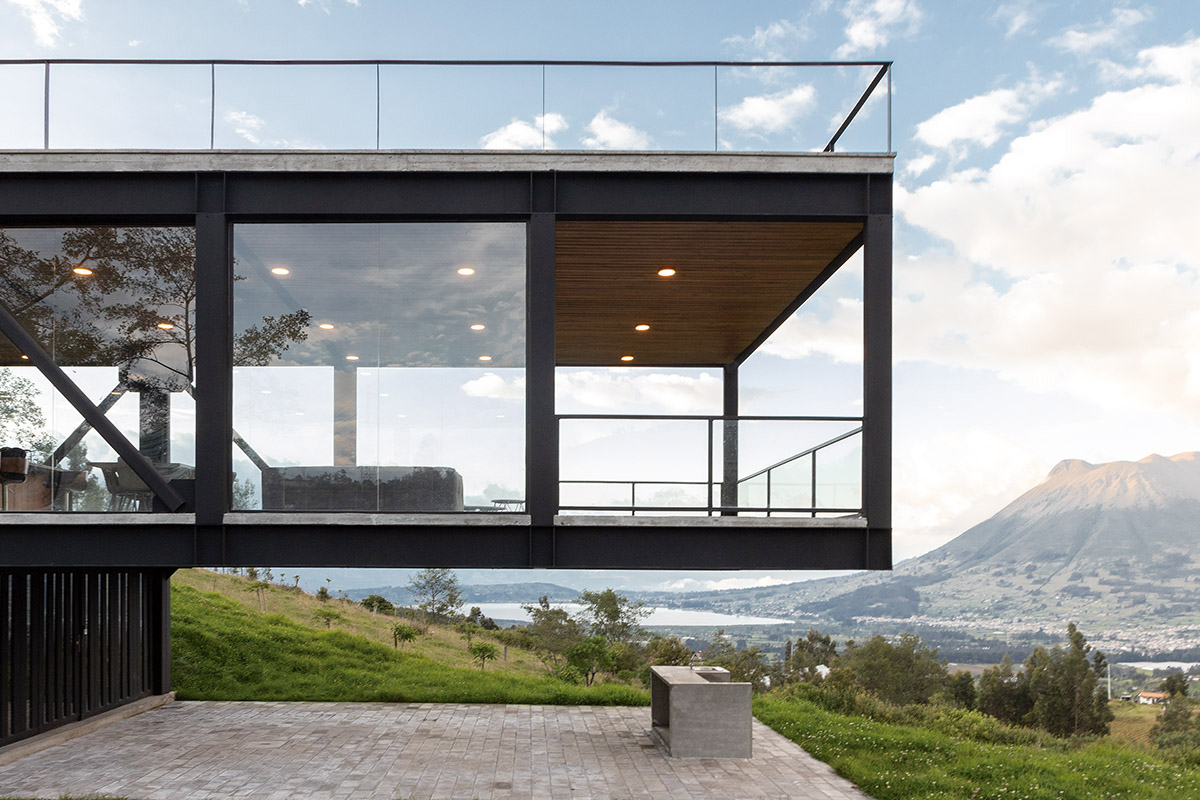 The common area, containing the kitchen and living room, is already elevated from the ground and glazed on all three fronts, connecting itself to this Andean landscape.

The constructive essence is manifested in the finishes such as the thick concrete walls. These were carefully formworked with plywood boards and subtly appear in different parts of the house. 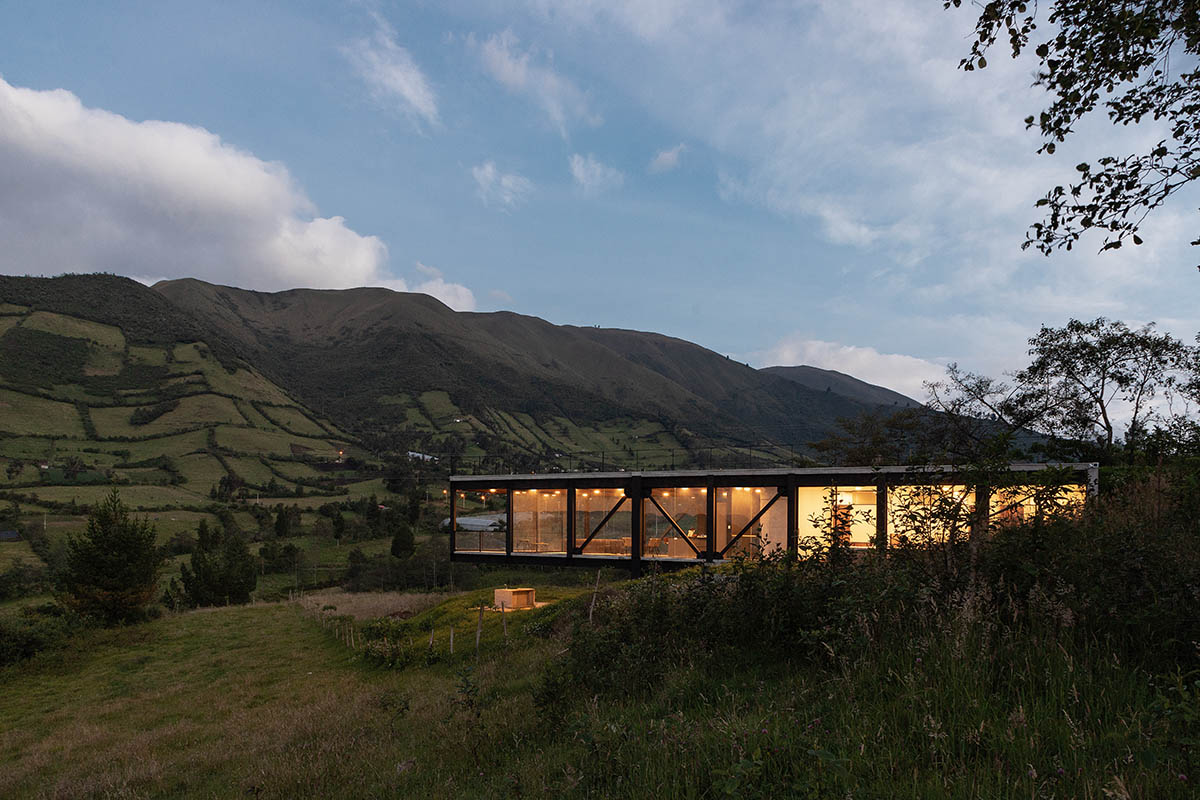 Likewise, the metallic elements as beams, columns, and diagonals, are part of the carpentry, allowing lightness and transparencies to incorporate the landscape into the interior.

The floors are made of polished and sealed concrete slabs, and pine staves are used in doors, furniture and in the suspended ceiling which lies above the social areas, giving warmth to the interior by contrasting with the exposed concrete. 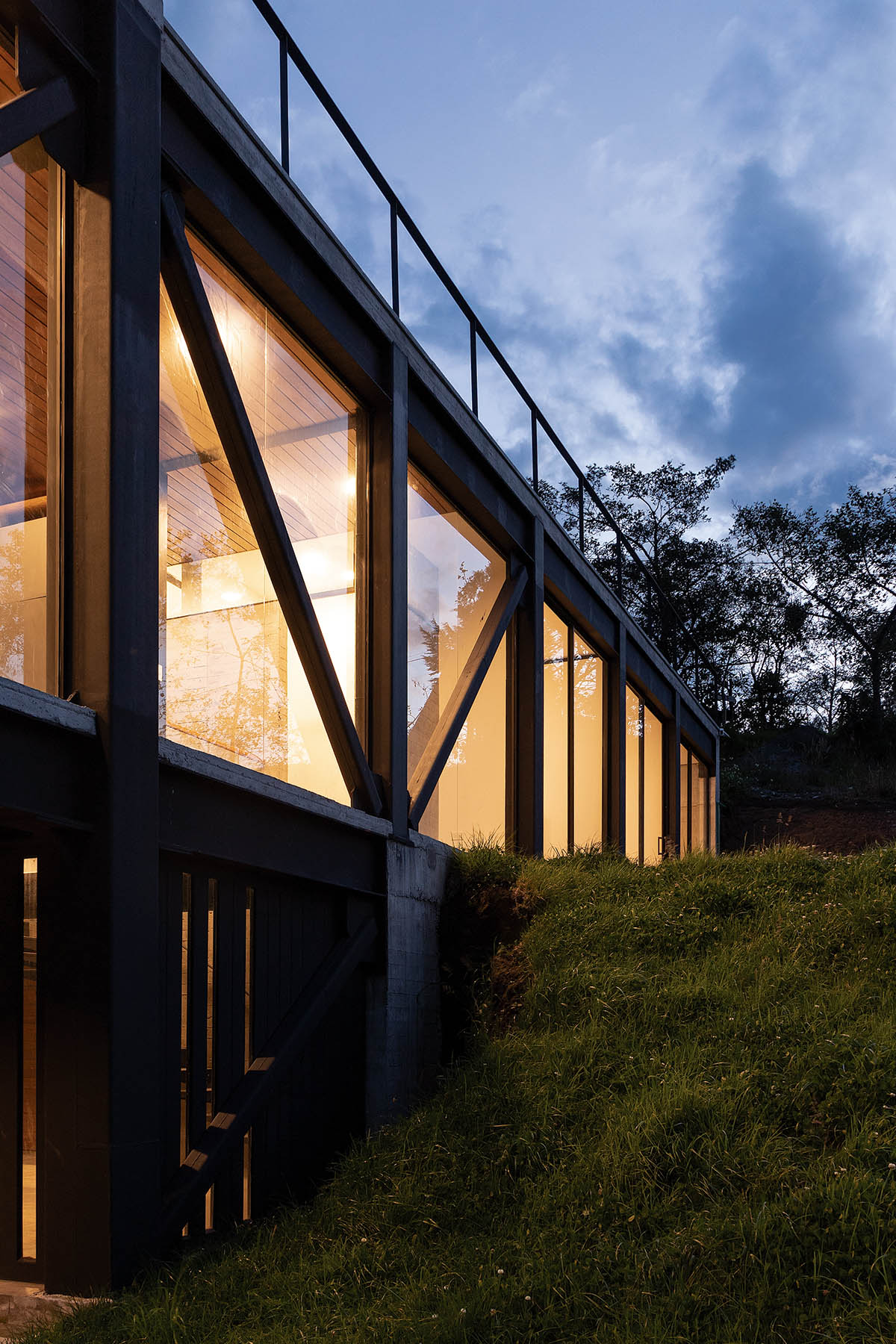 "Implementing this super structure in the rural landscape of the Ecuadorian Andes meant a massive constructive feat, where we faced very complex challenges such as the difficult access due to muddy trails because of the long rainy season," added the office.

"Moreover, the socialization of such a radical structure with the community, access to basic services or the provision of materials."

To create this house, acting like floating in the air, the studio takes cues from the spectacular nature which is undeniable, according to the studio. 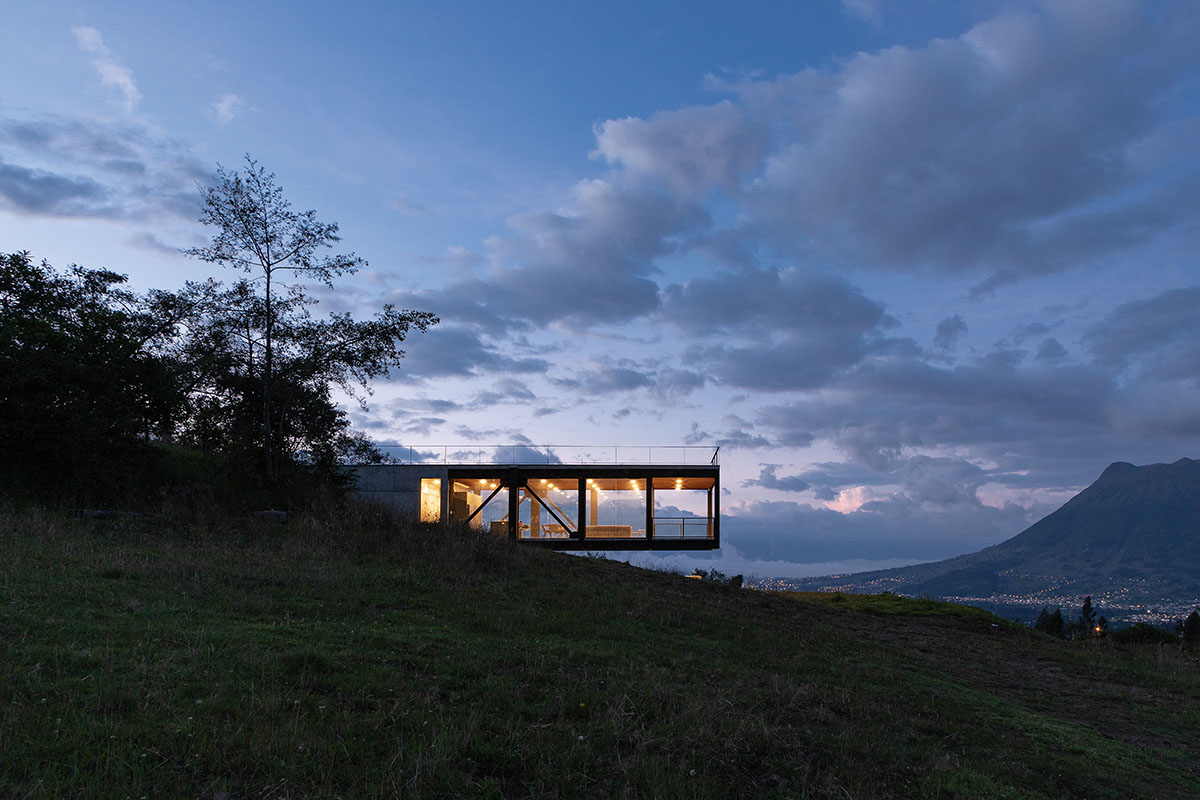 The studio describes the project as "a work of rigorous construction that stands out defiantly on the hillside to be seen and admired like an inhabitable sculpture."

The objective here "is not only to be notable from the Lake shores, but to also appreciate the beauty from its interior, that idyllic landscape of water and mountains." 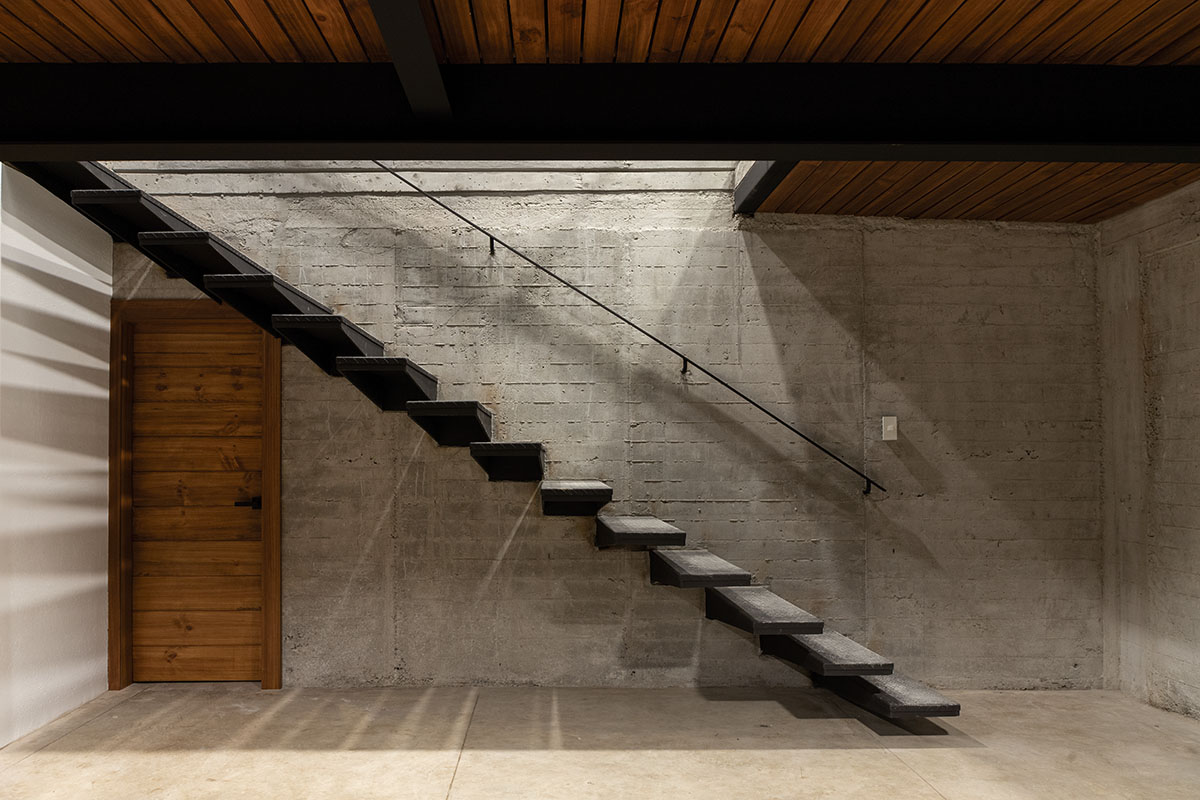 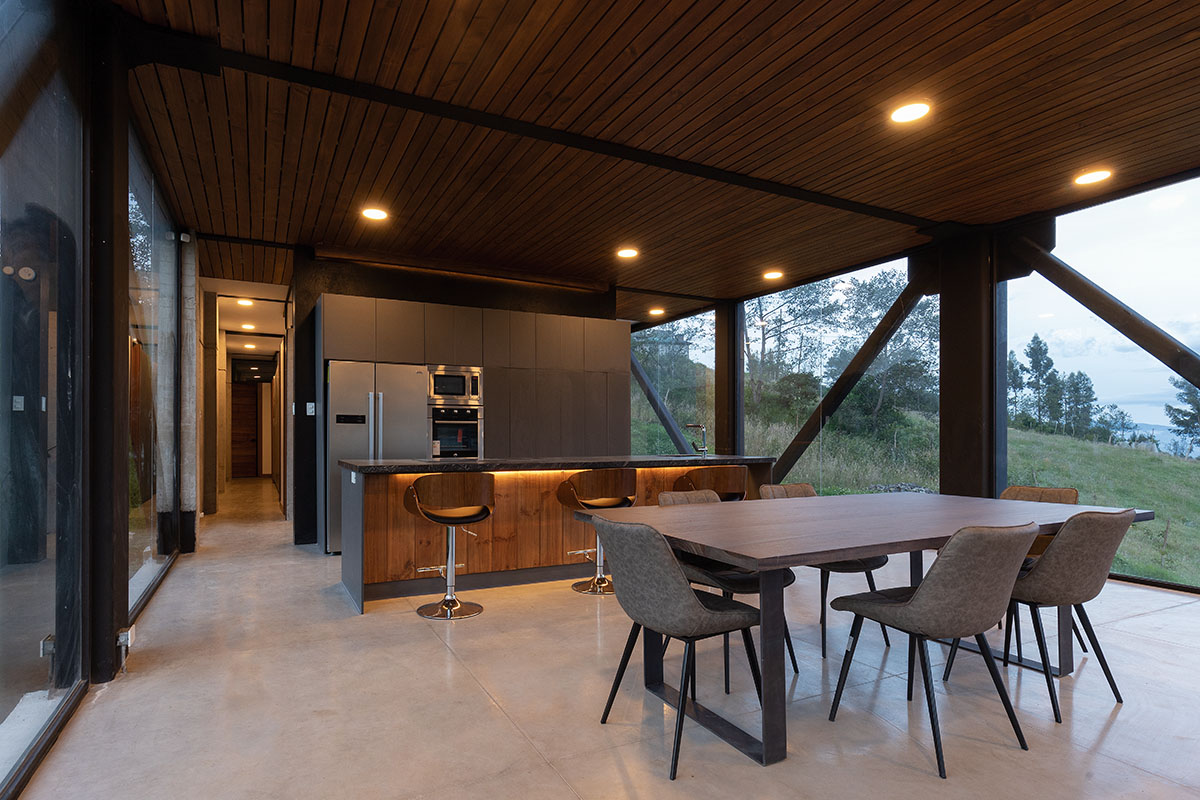 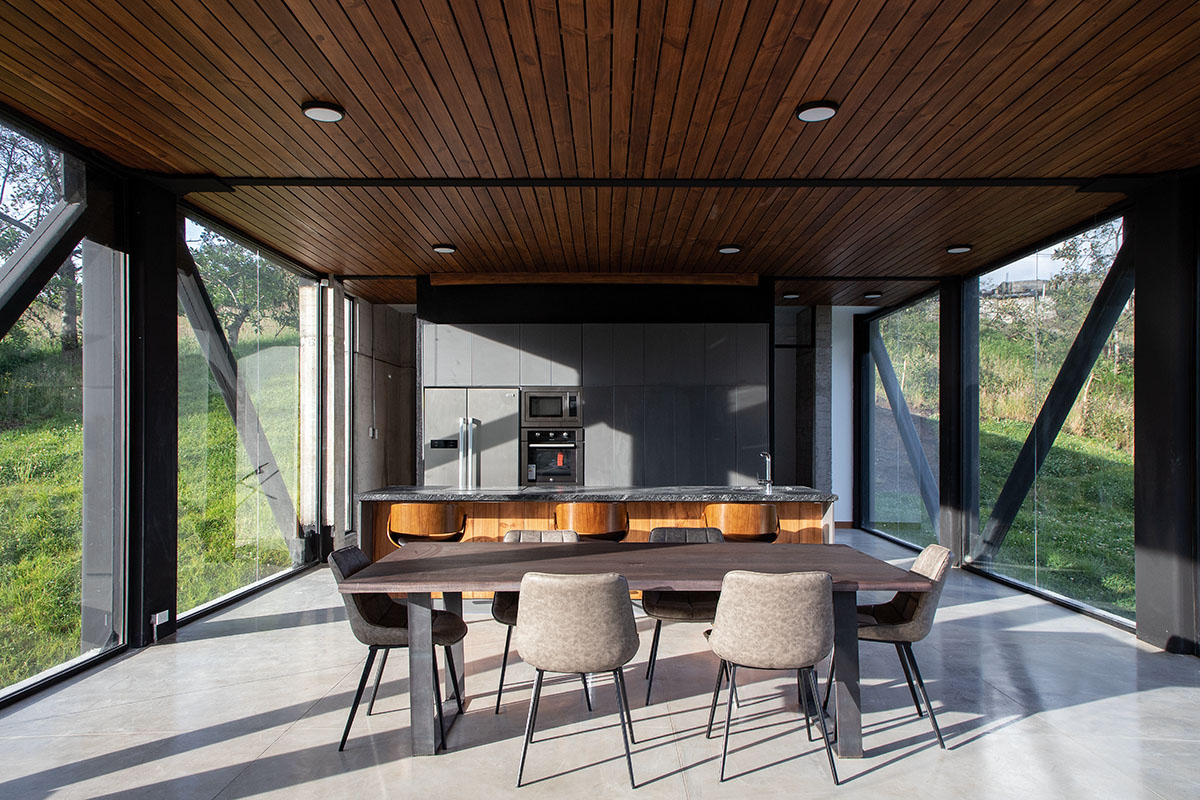 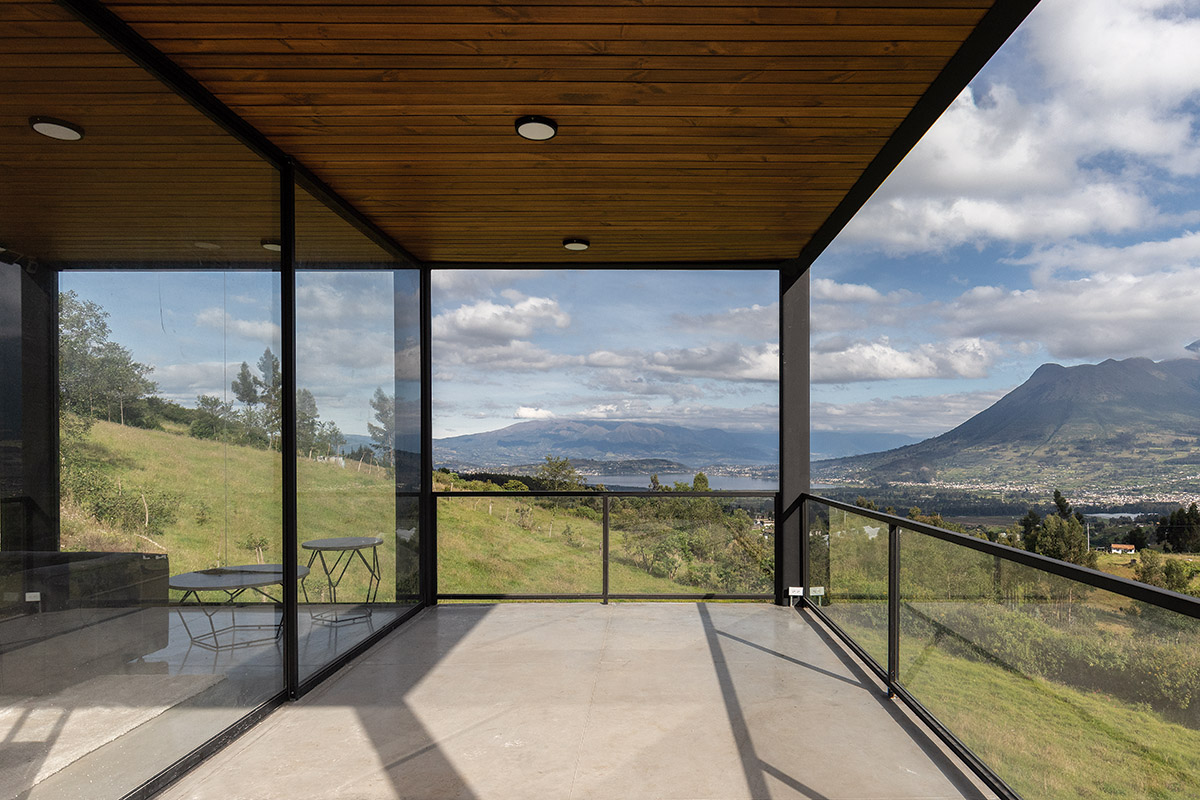 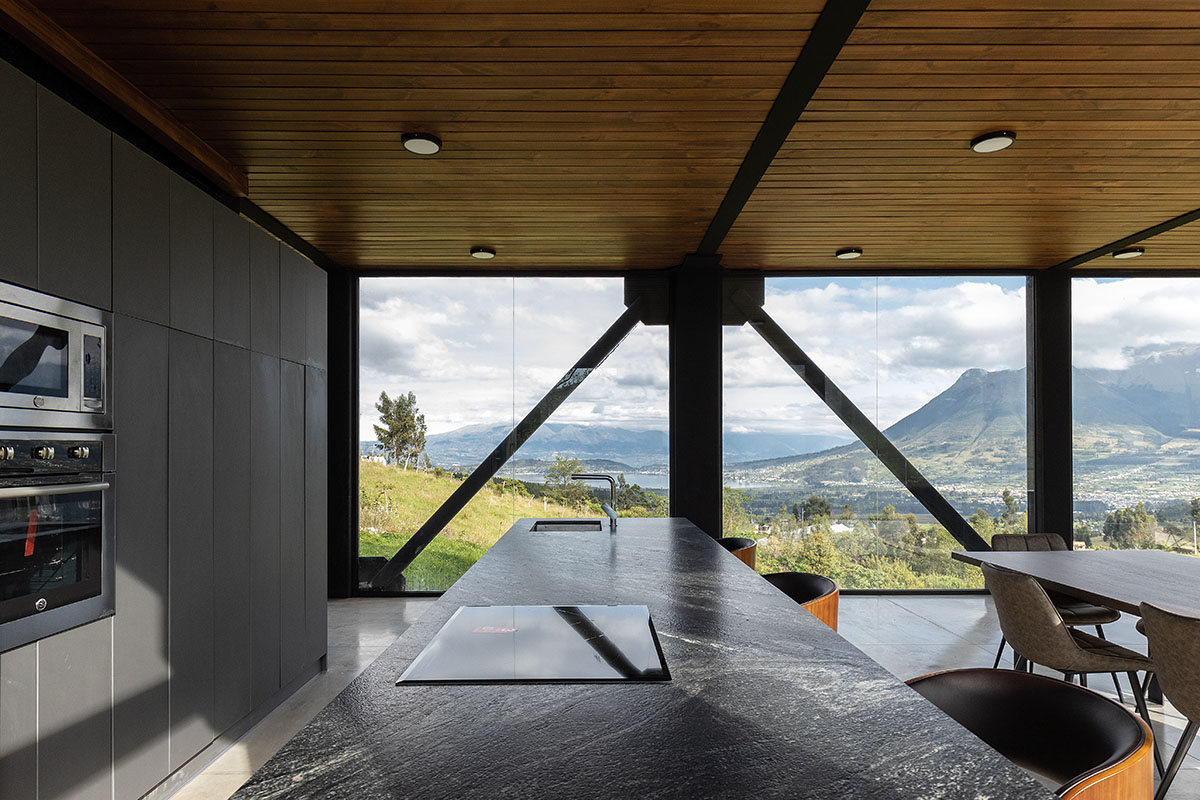 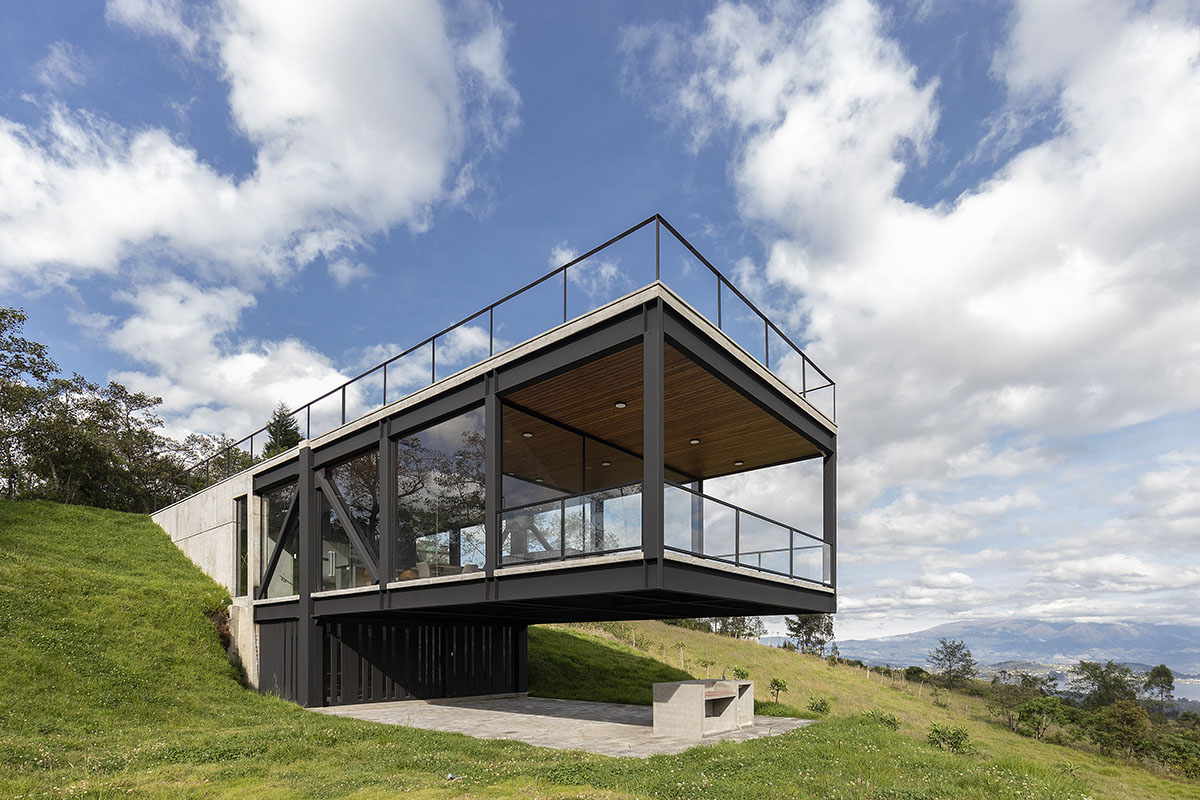 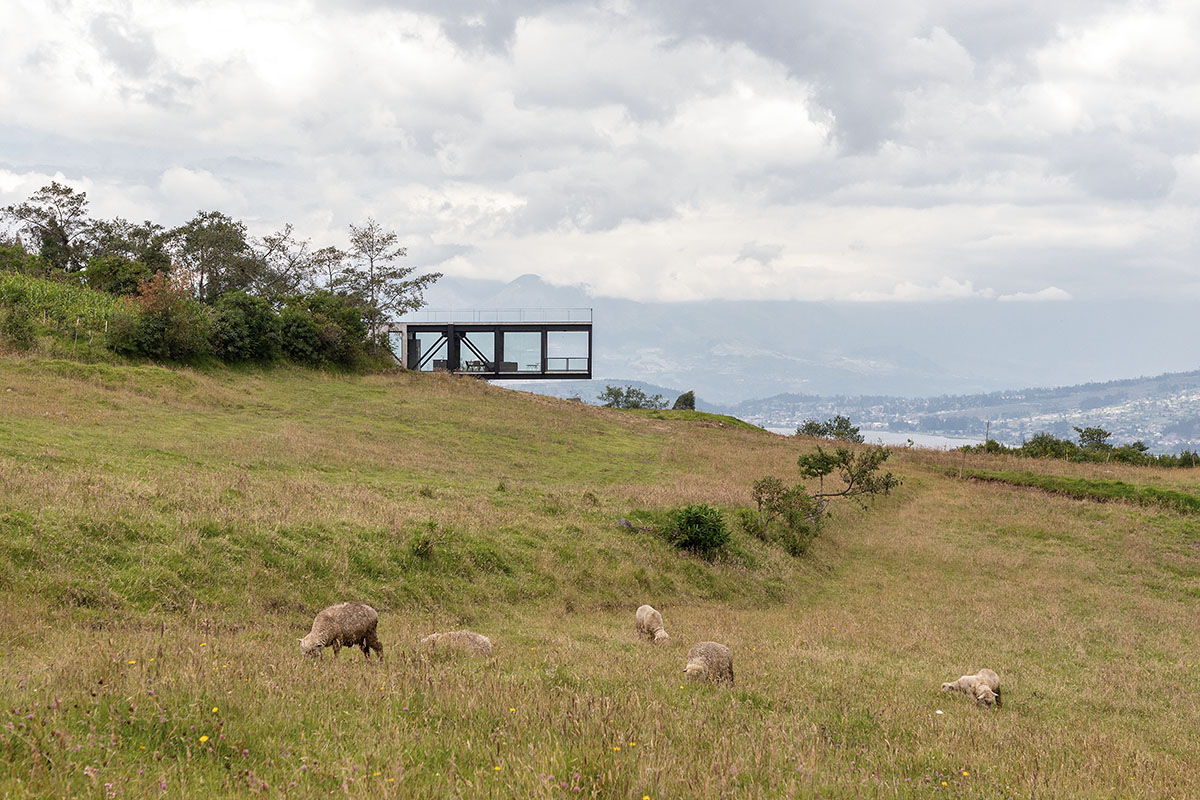 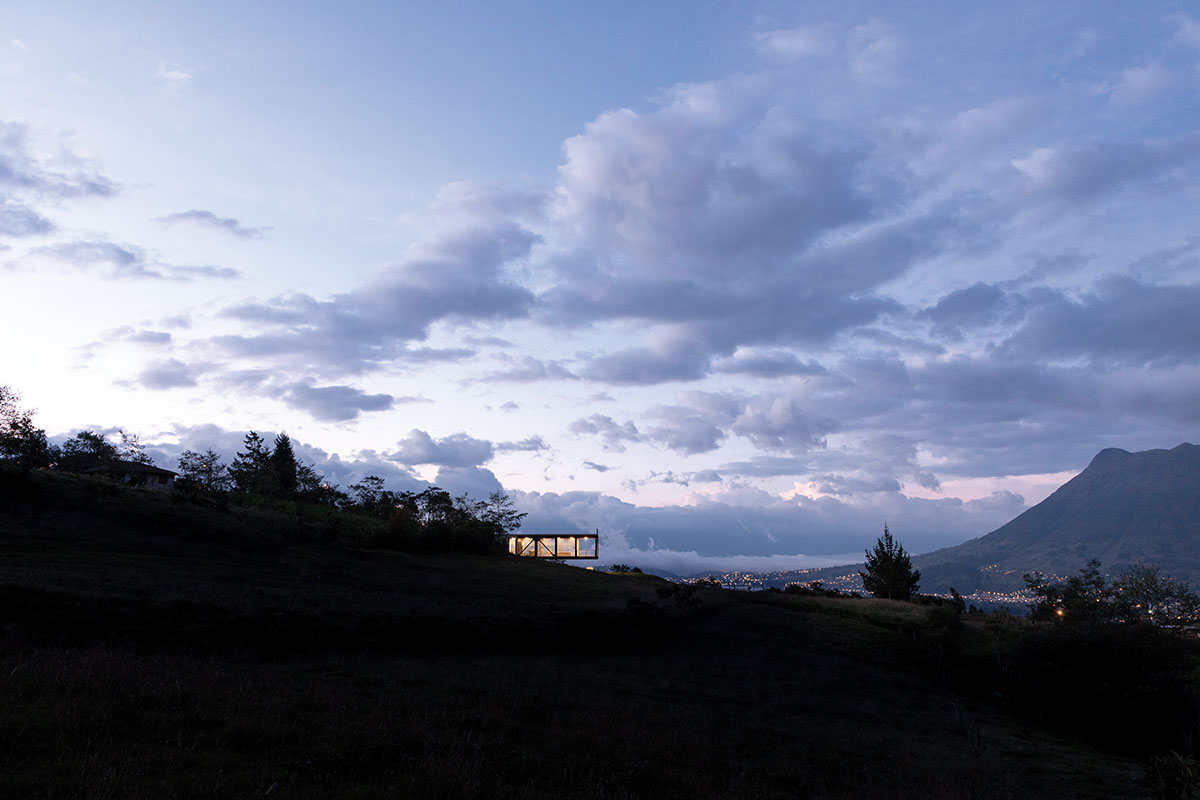 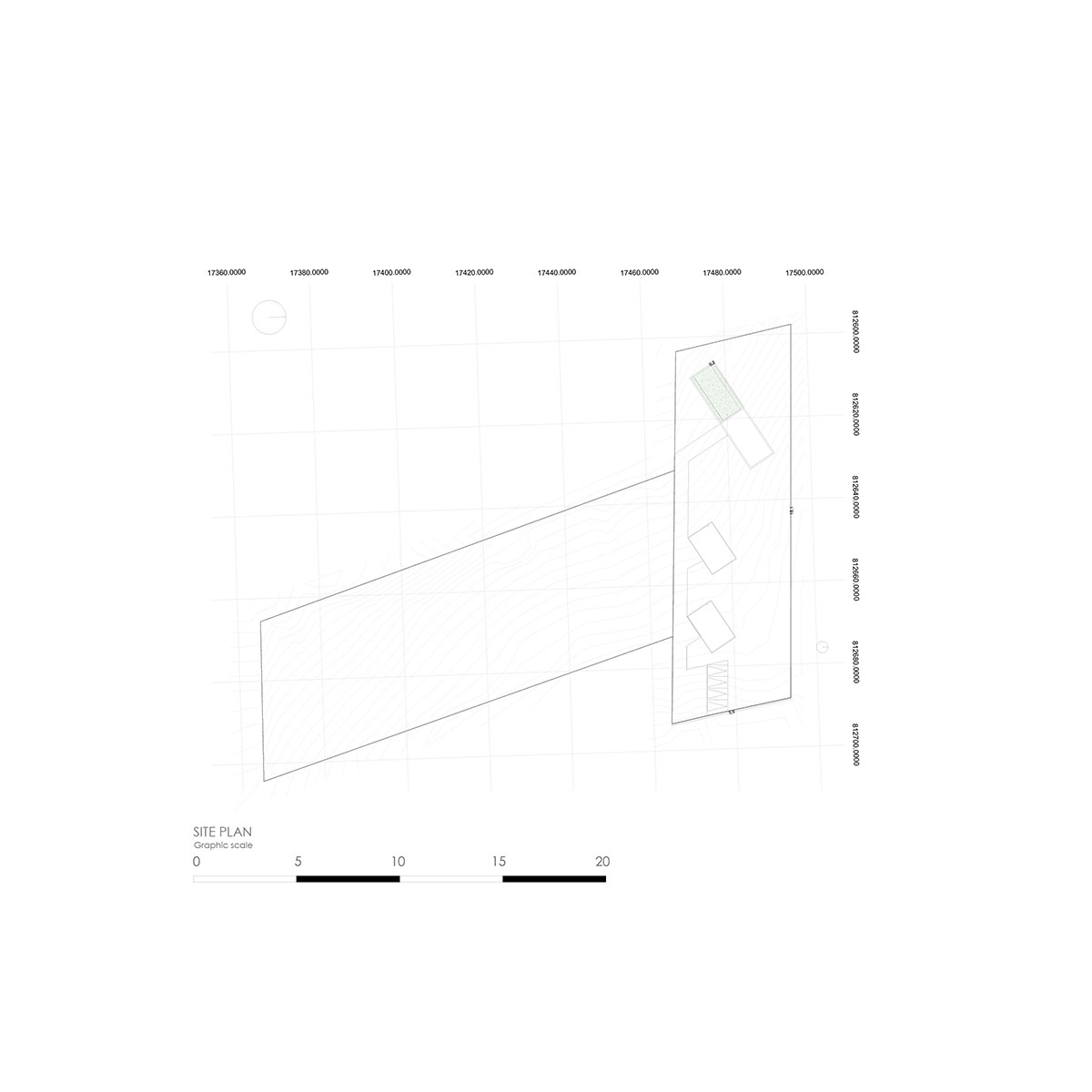 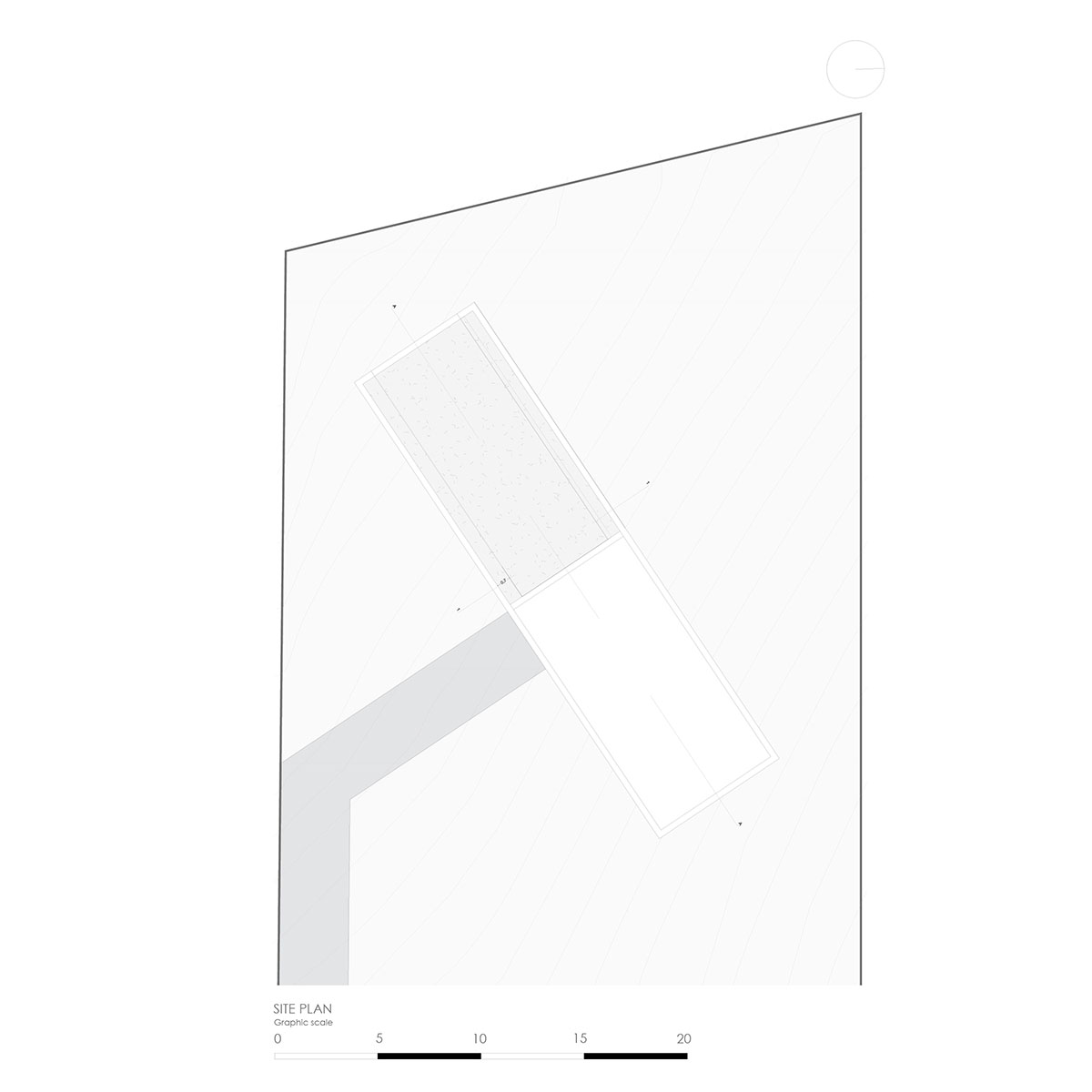 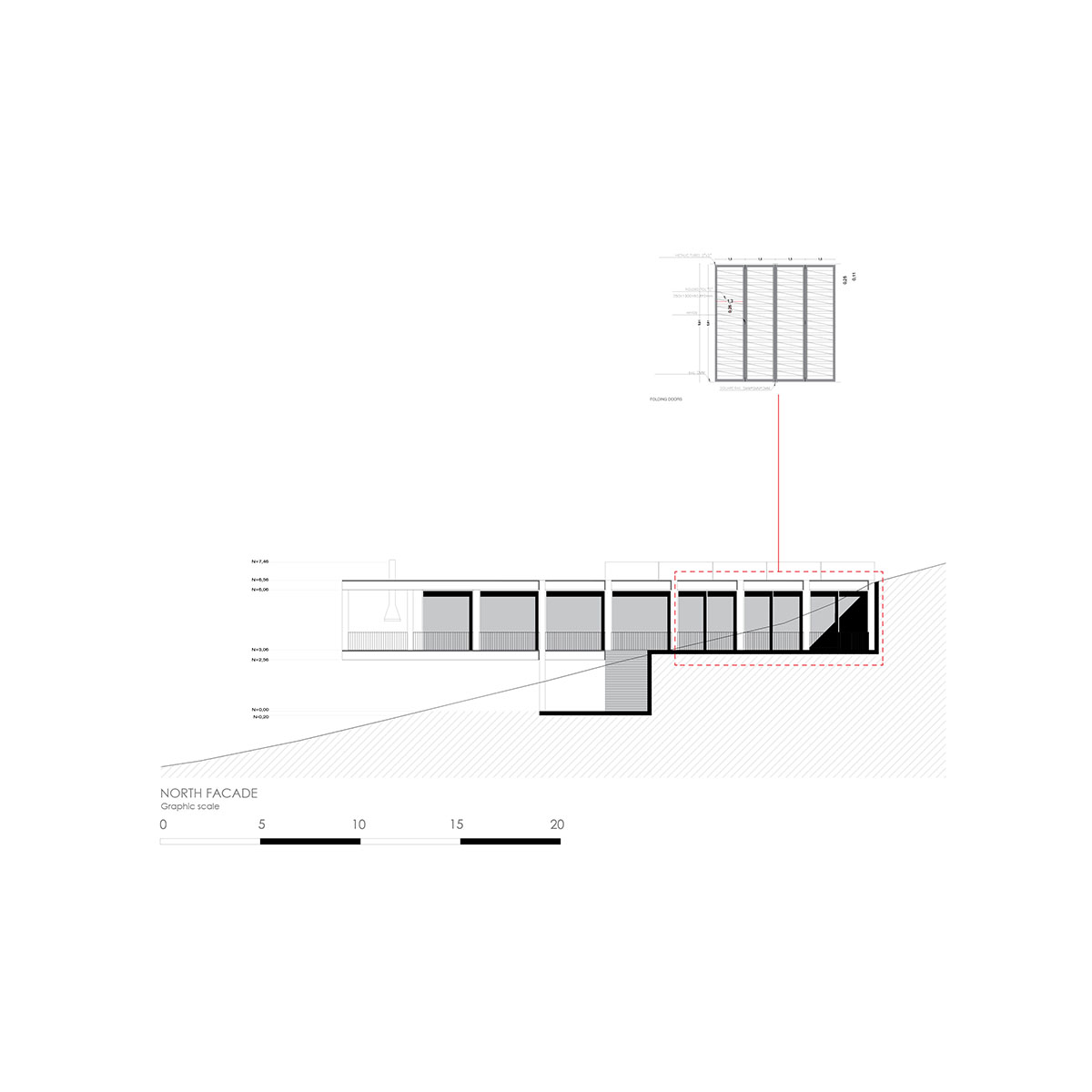