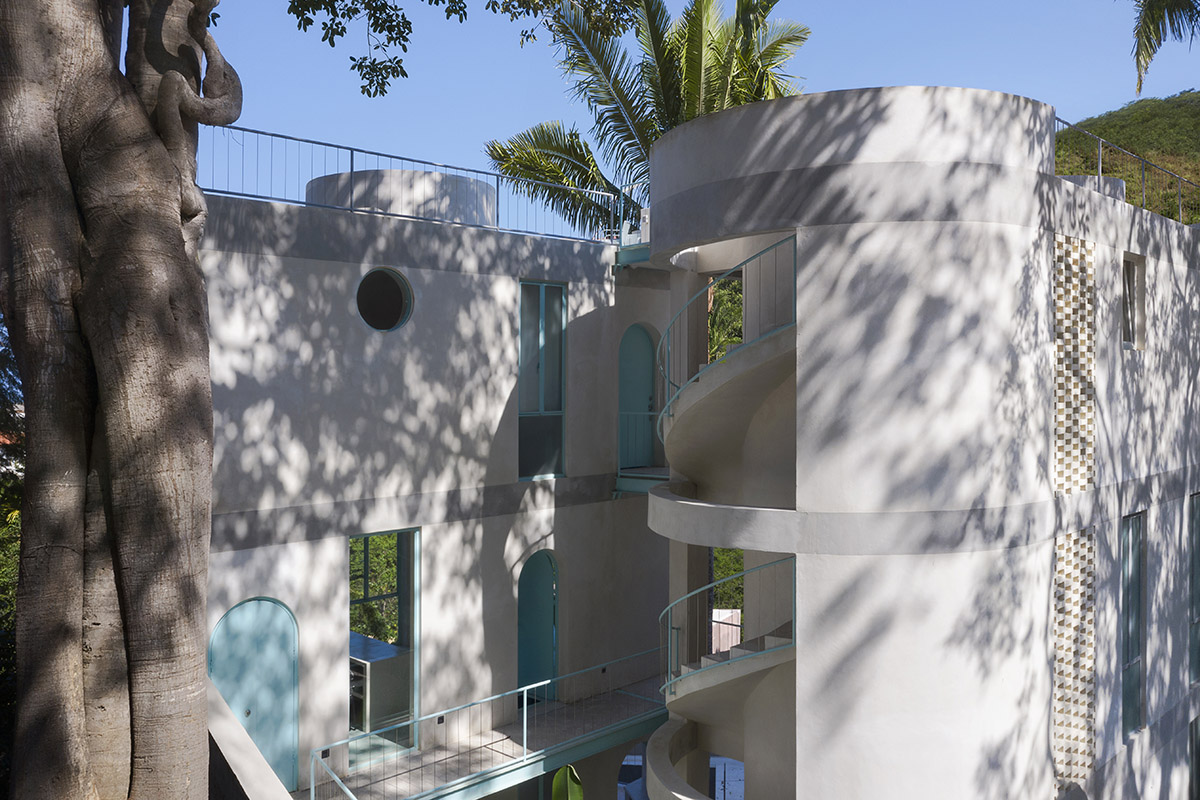 Mexican architecture studio Palma has designed a pair of apartments that feature half-circle façade, creamy tones and light blue windows and doors on a sloping site of Mexico.

Named Chiripa, the 400-square-metre buildings function for a hybrid purpose, which could be used as a house, apartments or a hotel depending the changing demands in the future. 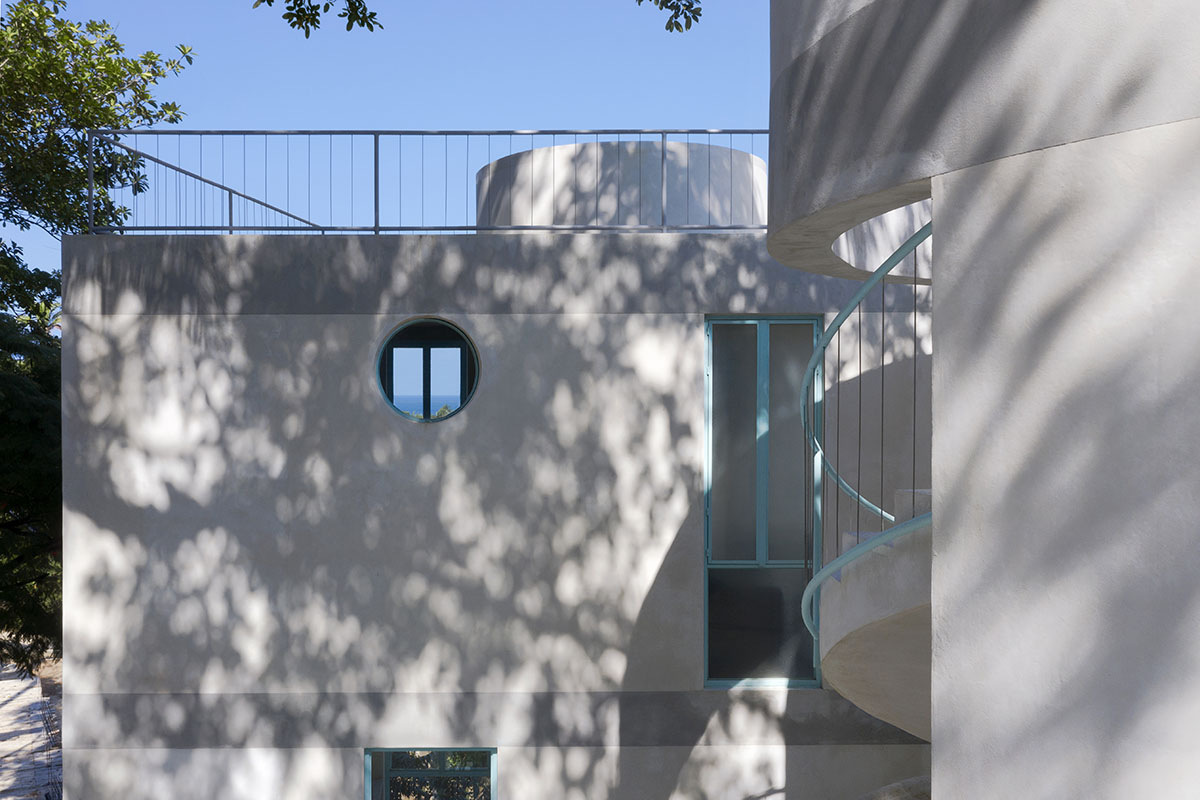 The overall language of the apartments, based on a simple plan layout, is differentiated with its smooth curves, colorful additions and connections in between them.

The apartment consists of 6 units that can change depending on the needs of the visitors. The units can be used in different configurations, constantly modifying the way in which they are inhabited. 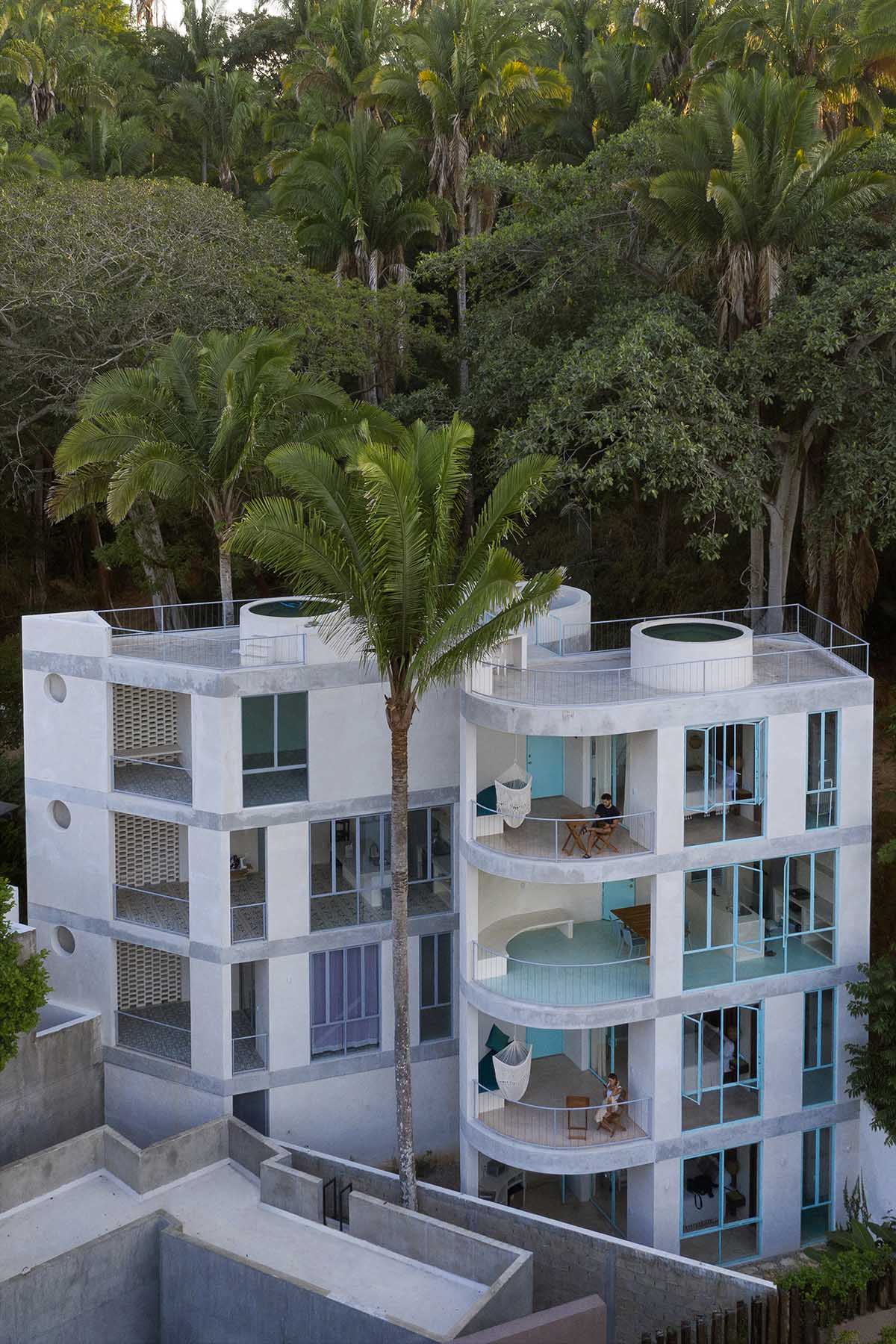 Composed of two volumes, the configuration of the volumes is situated in a parallel position in order to obtain the best views of the Sayulita bay.

The blocks are placed facing each other and are offset in opposite directions to allow unobstructed views, privacy and cross ventilation and natural lighting. Each volume creates a half-arch in plan. 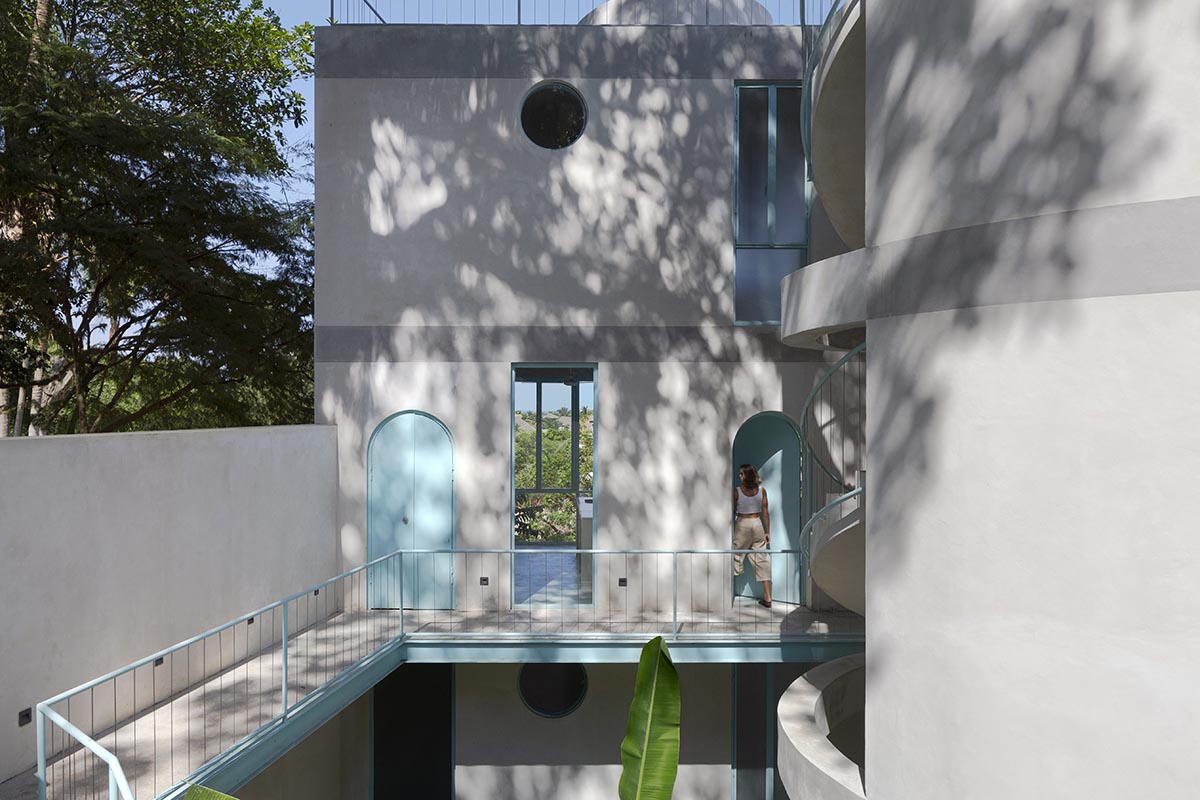 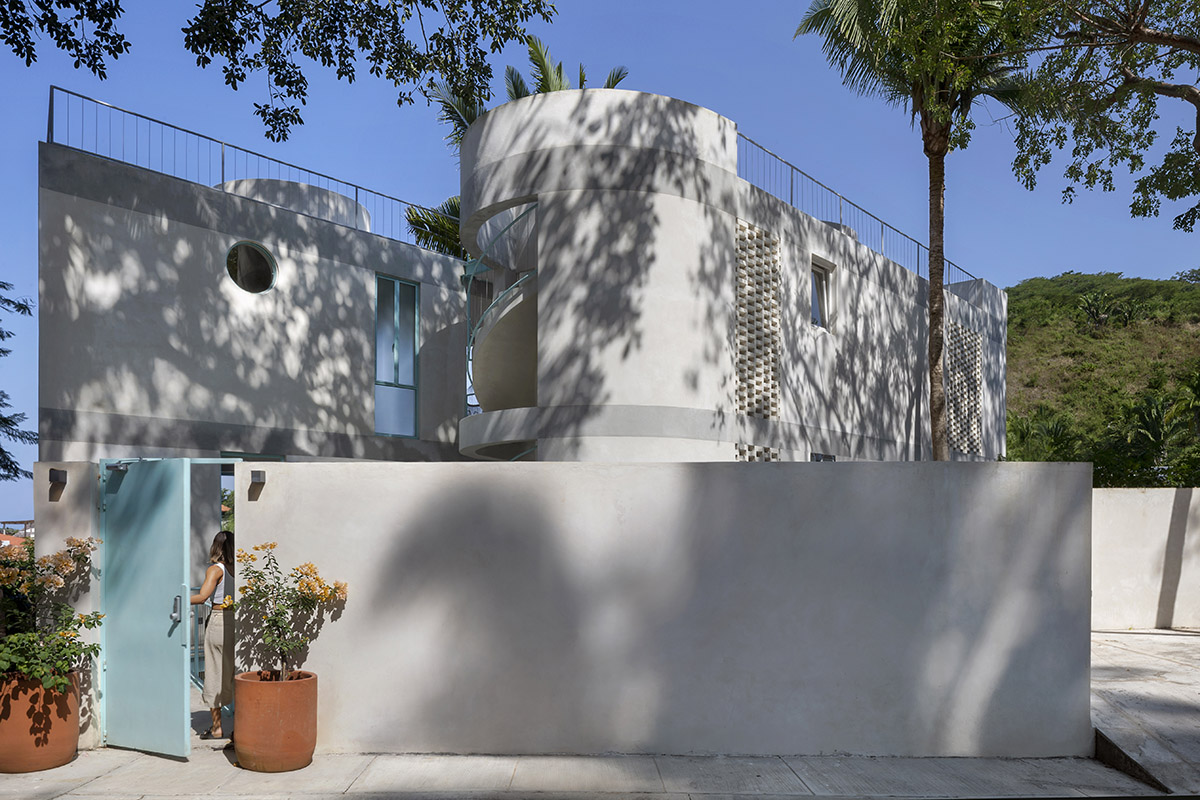 Visitors access to the blocks from the top of the site via a walkway that rises above the central garden, which serves as the entrance hall to the complex. A light blue door marks the apartments from afar.

At the end of the walkway, visitors encounter an open staircase which is also designed in the shape of a half circle. The staircase serves for both blocks. 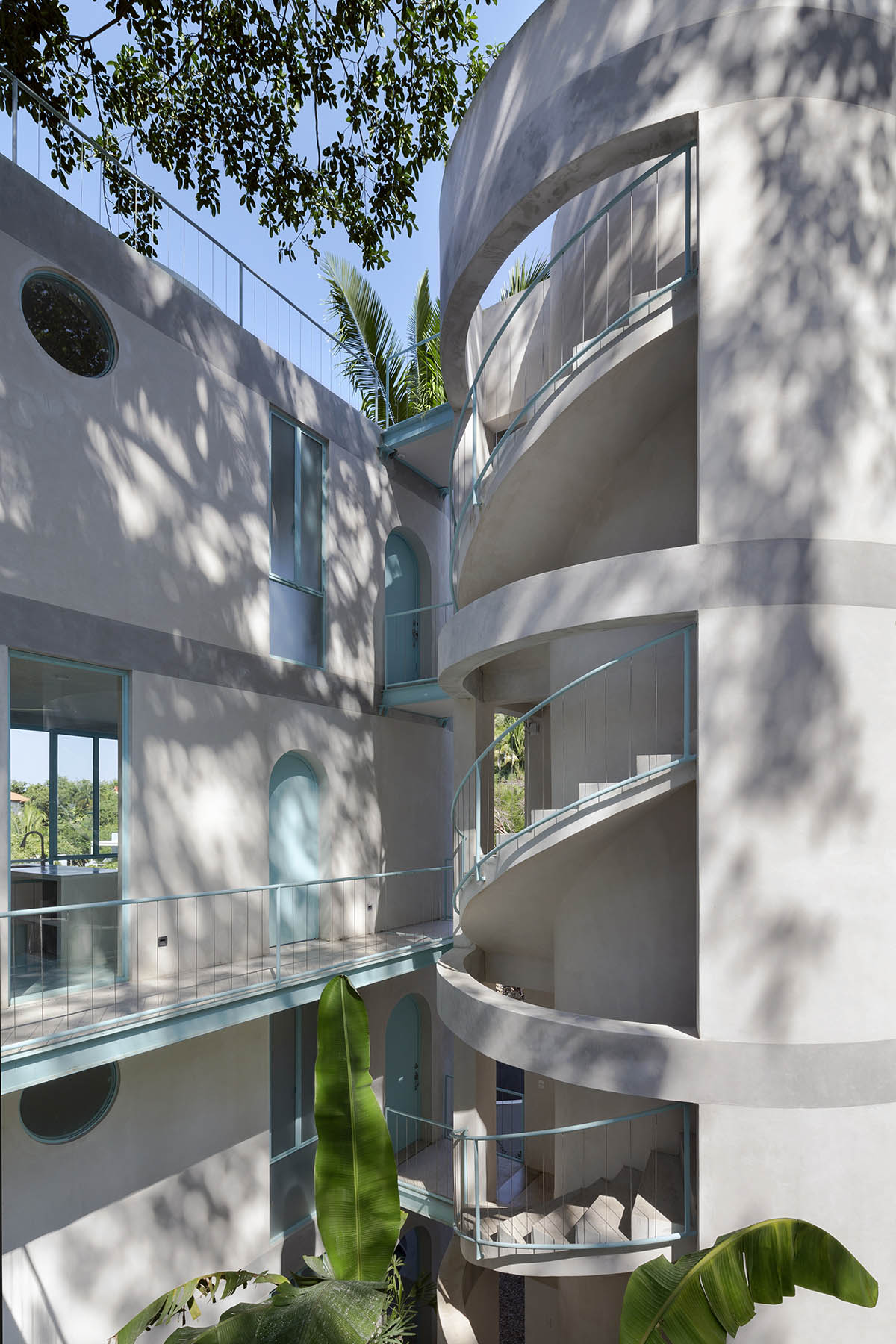 The two volumes are connected by a series of bridges overlooking the central garden on one side and the bay on the other.

From the front façade, only two levels of the blocks are visible, as the studio noted, due to the nature of the steep slope of the site they could only implement two more levels below street level. 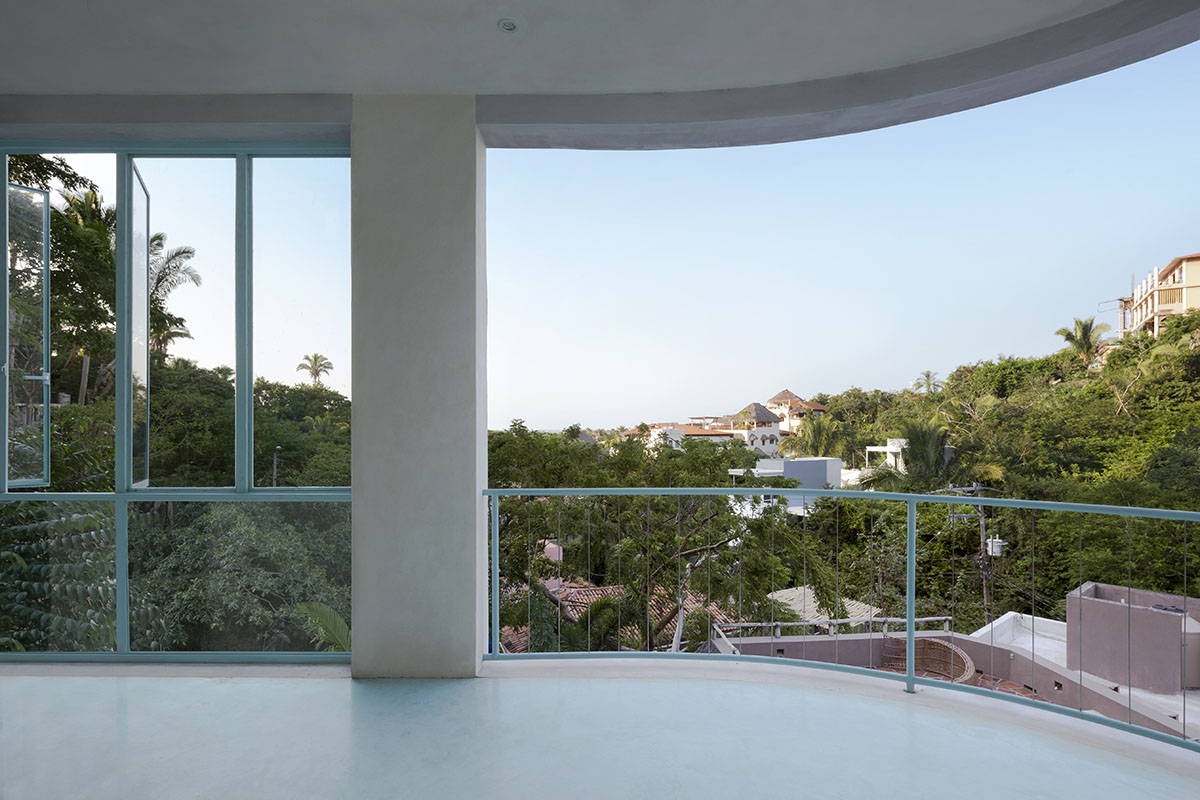 In the project, the solid-void relationship is balanced with exposed beams and slabs, in which they visually contribute to reducing the scale of the project. 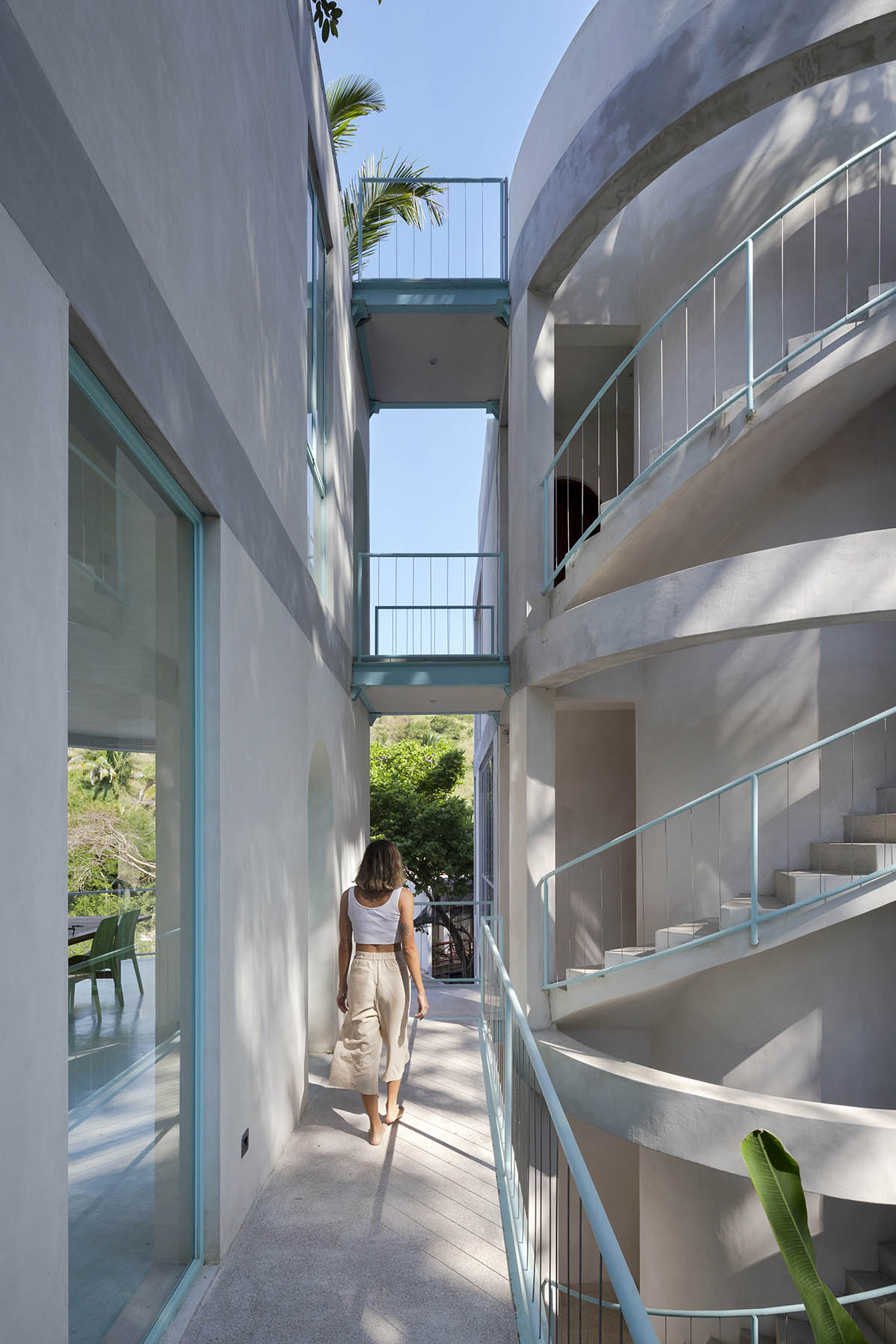 The architects distribute the architectural program for both volumes in two layers: the common area, located at the access level, and the intermediate level of the volumes which occupies the ground level. 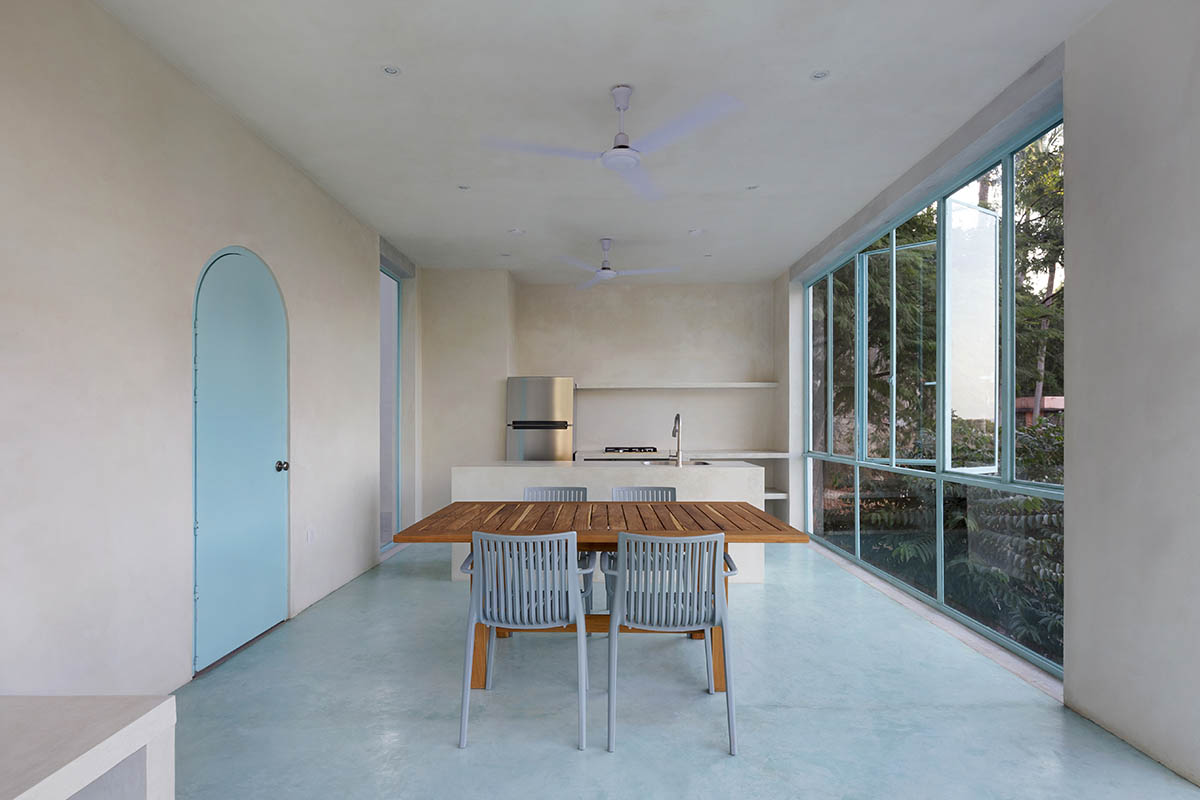 On the rooftop, each volume has a terrace with a small pool to enjoy the views of the ocean.

All levels have a covered terrace at the south end of the building, which become an extension of the common areas and bedrooms.

For the material choice, the architects used stucco on the walls in an off-white tone, it also serves as a backdrop for the shadows cast by the vegetation growing in the different green areas of the complex. 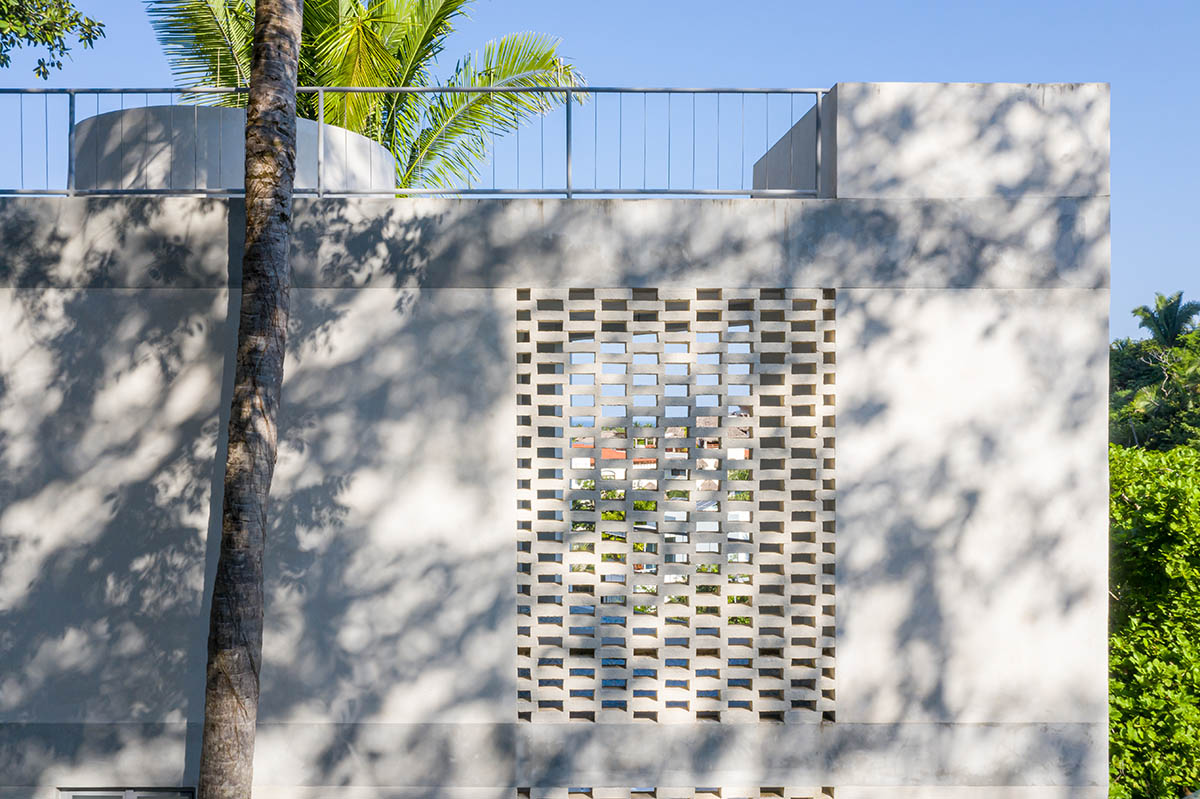 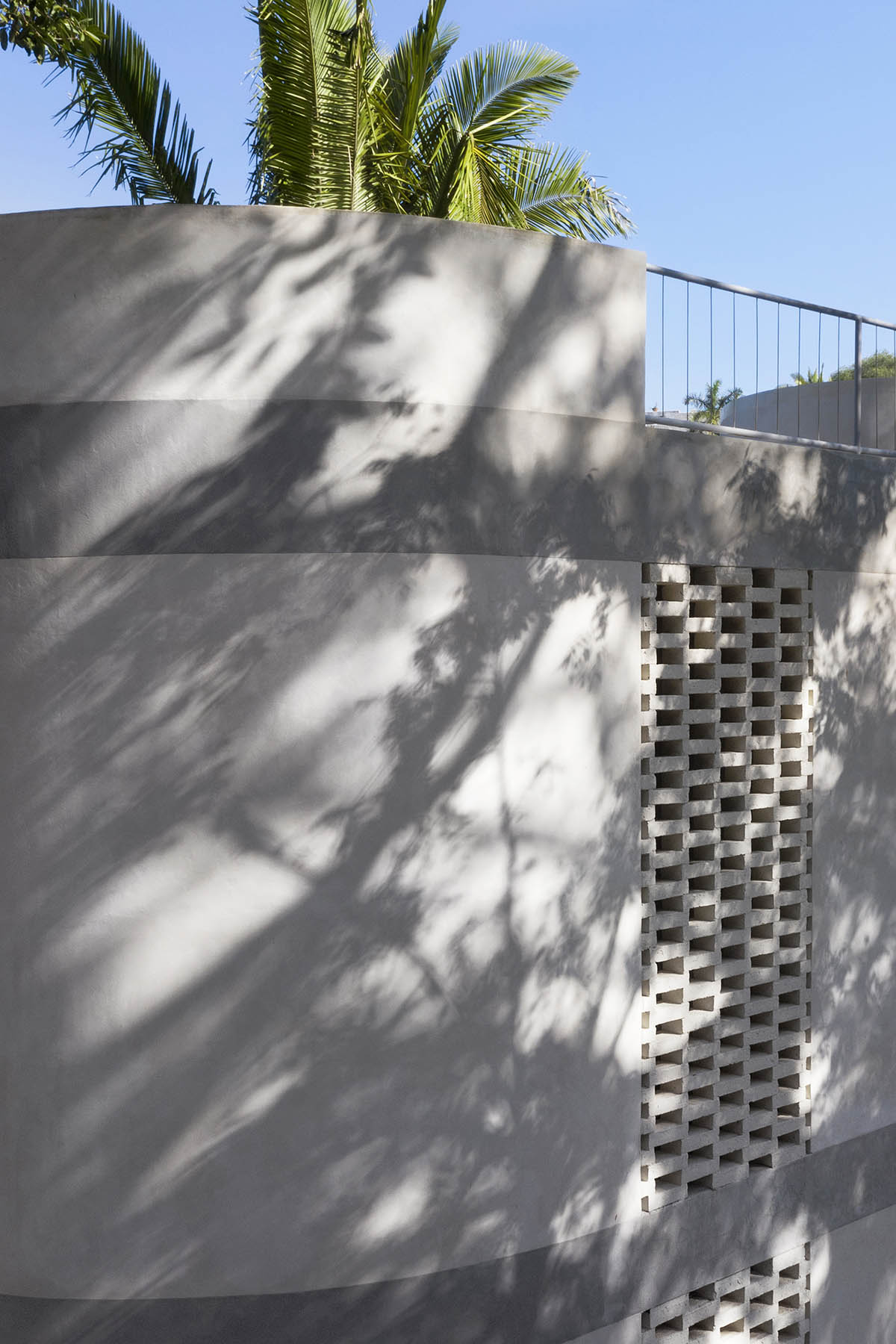 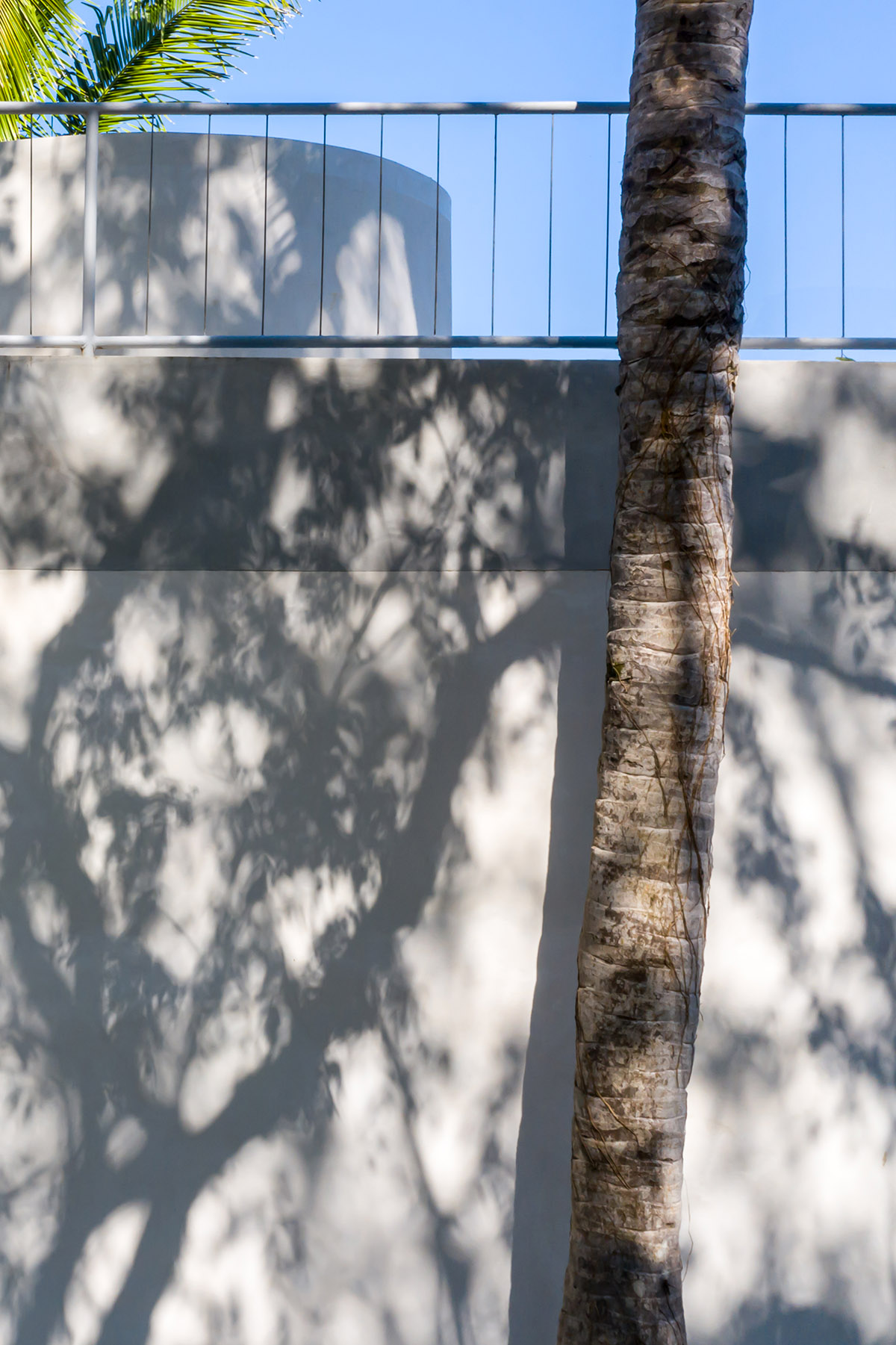 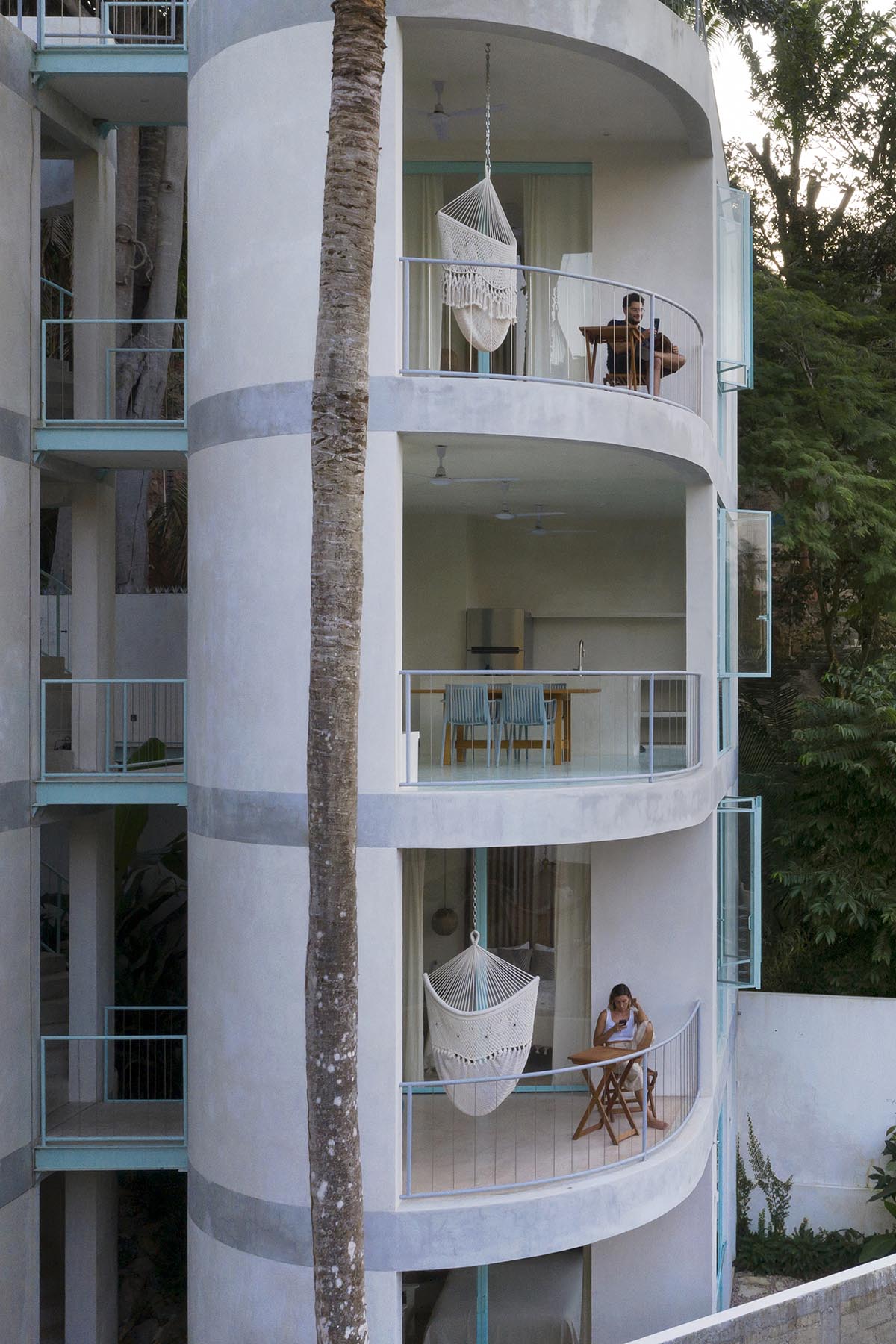 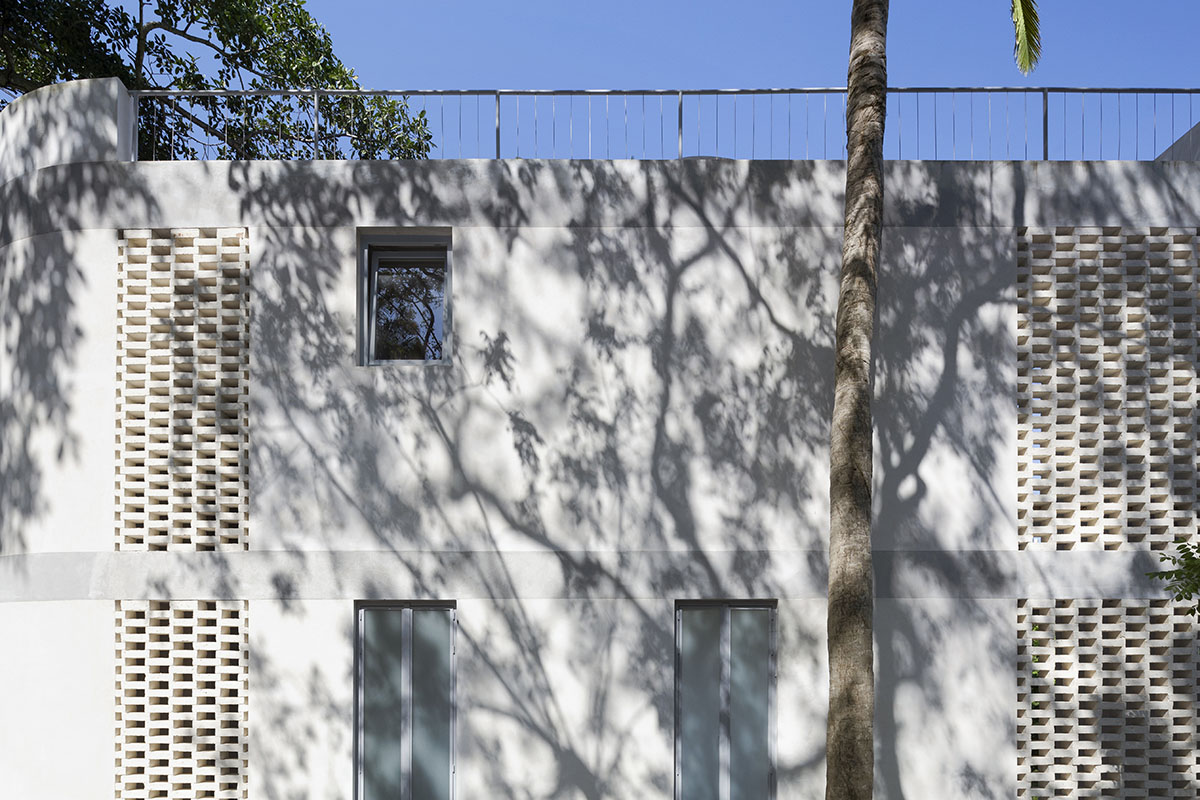 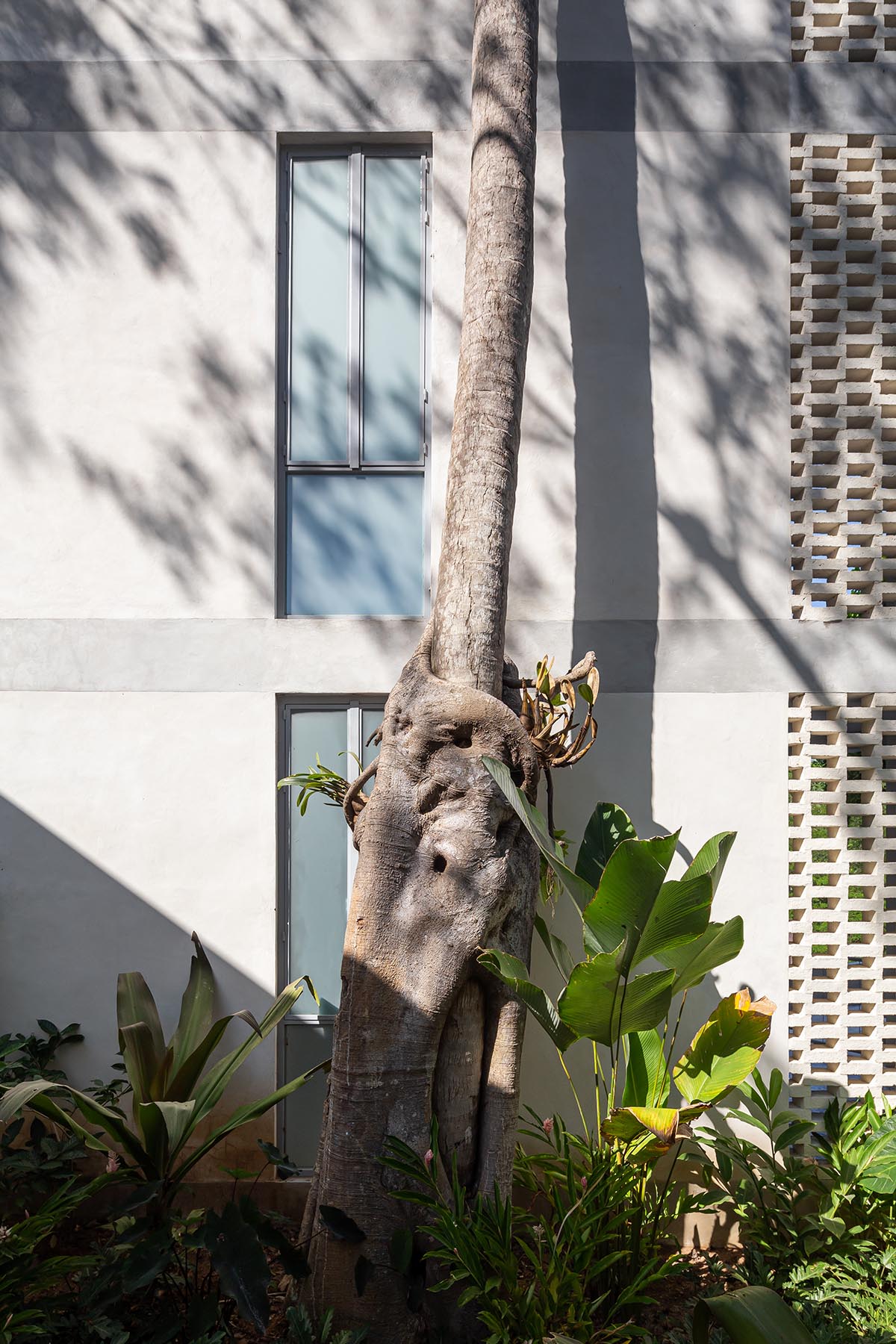 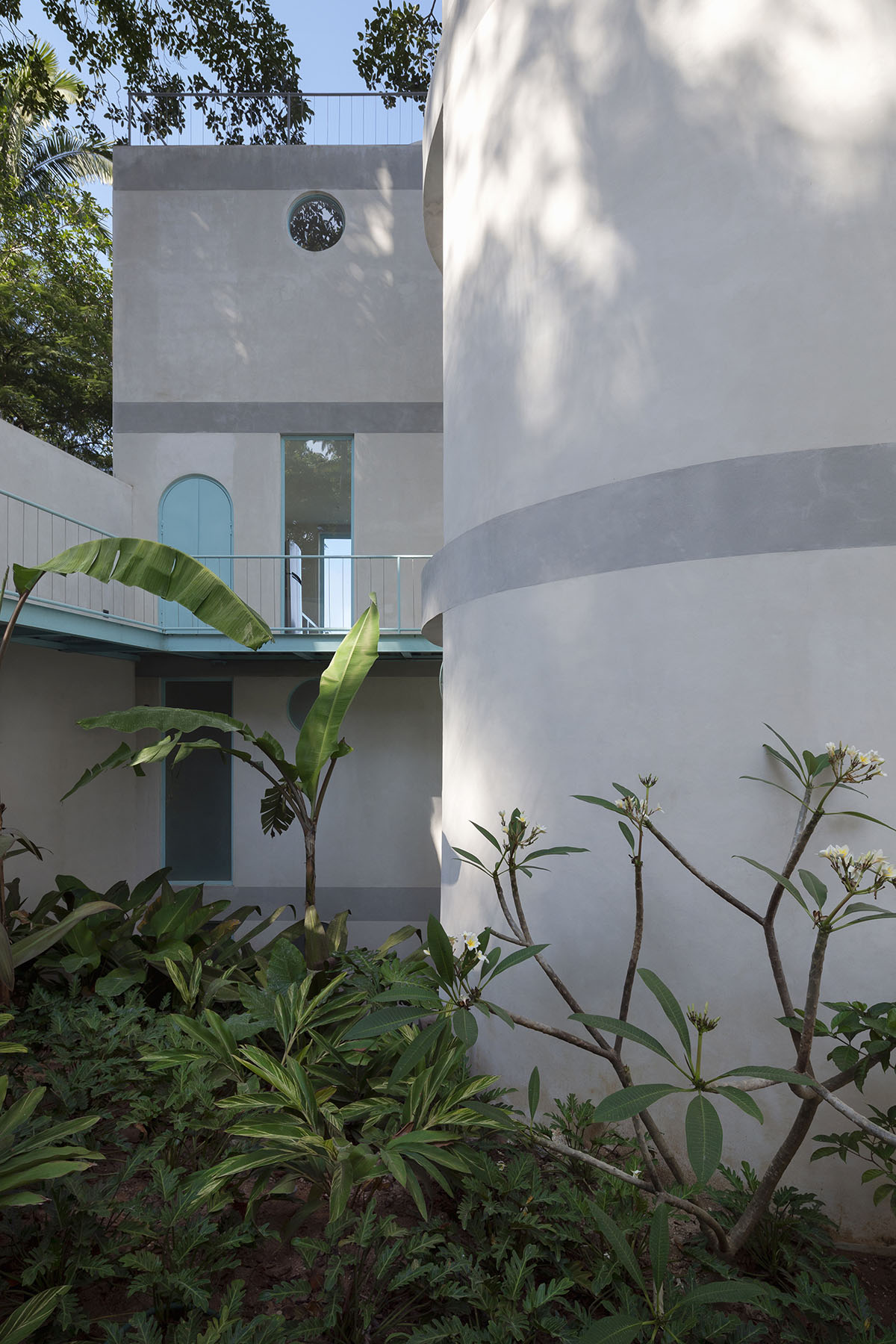 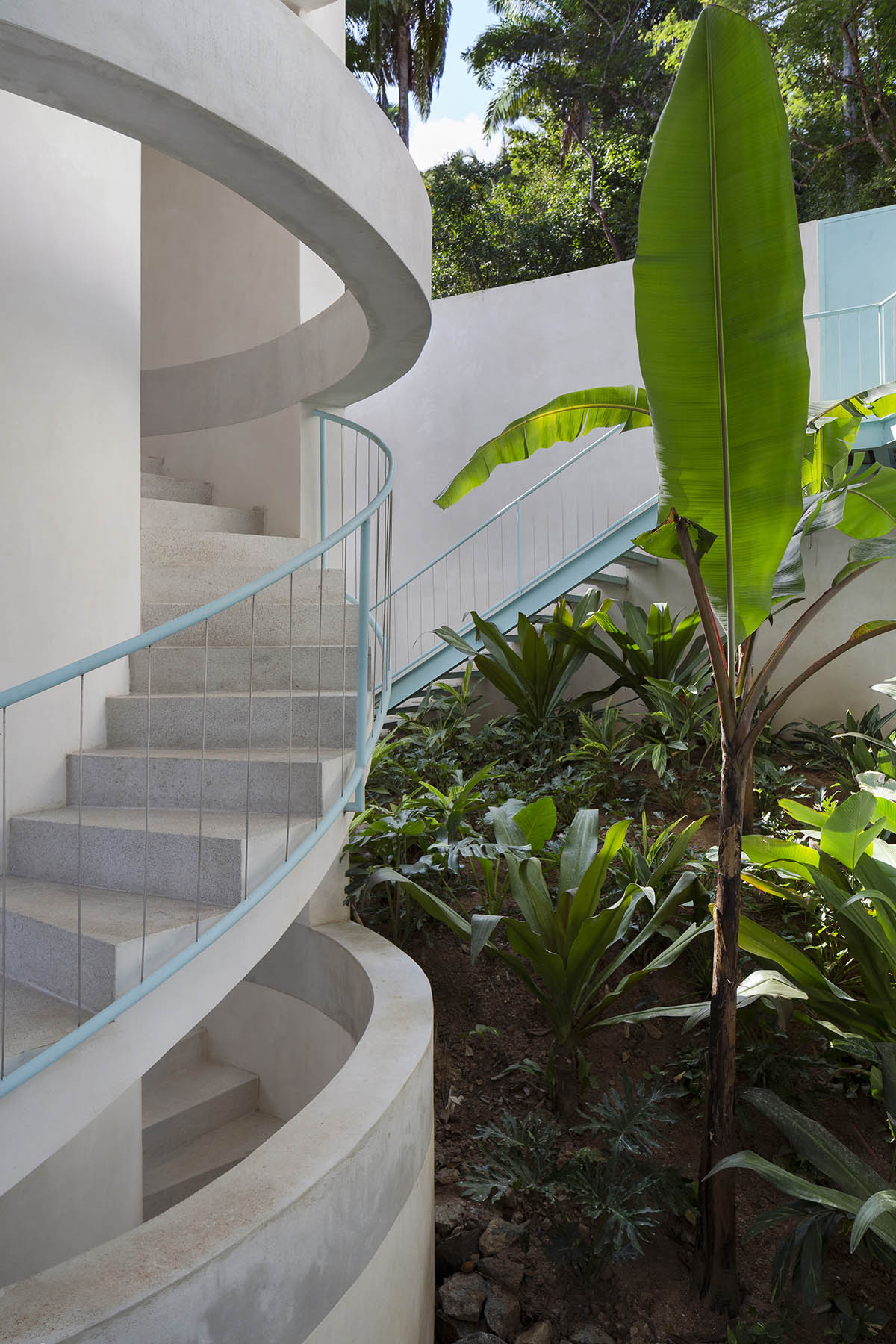 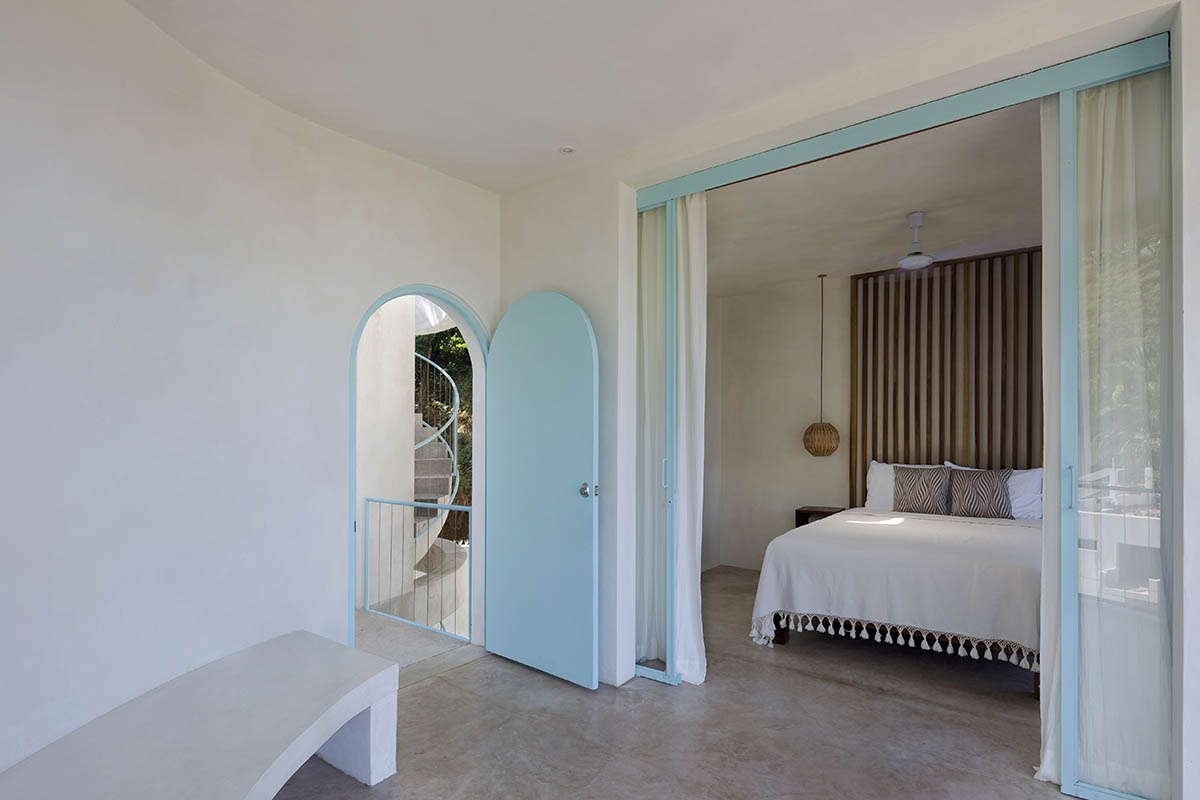 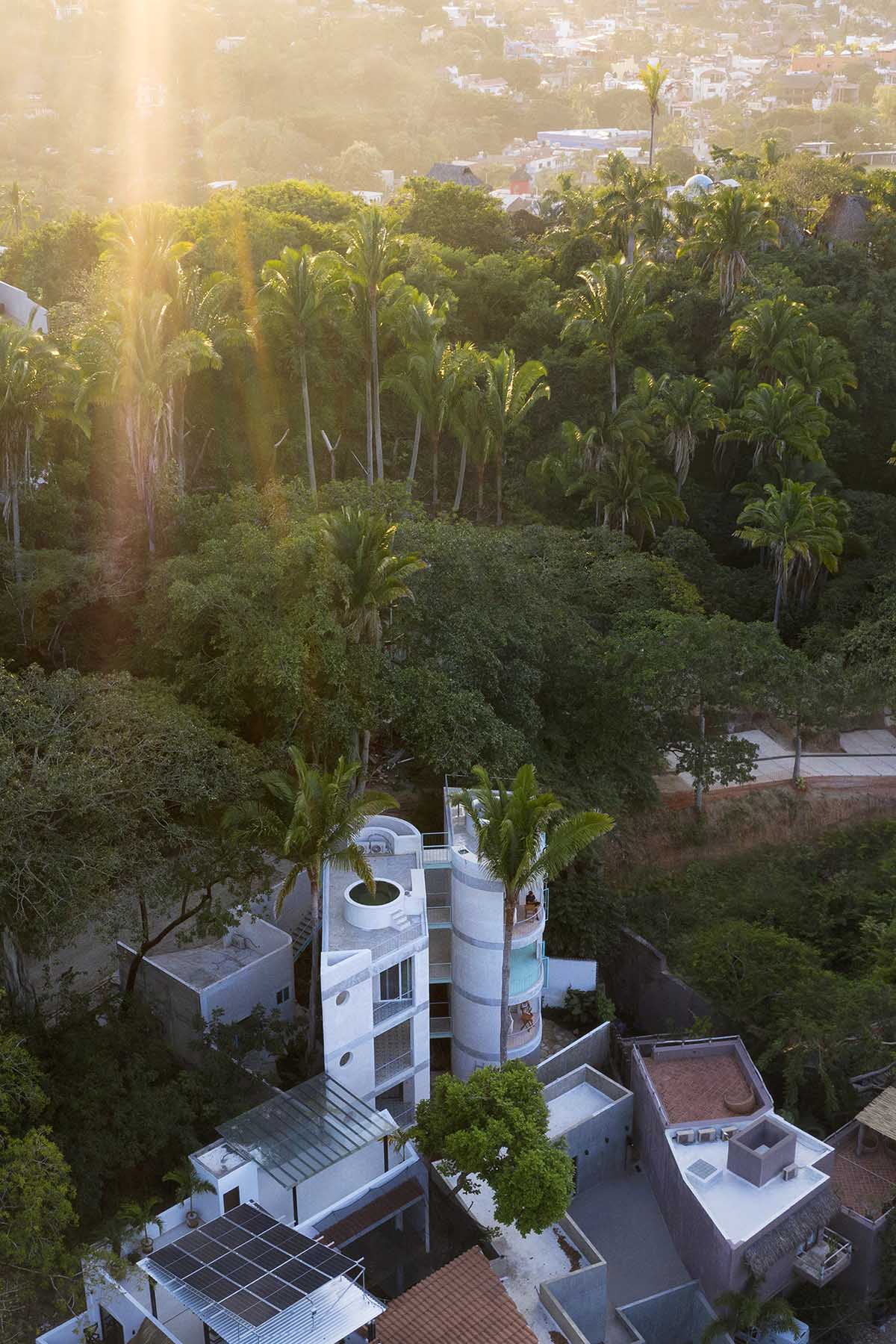 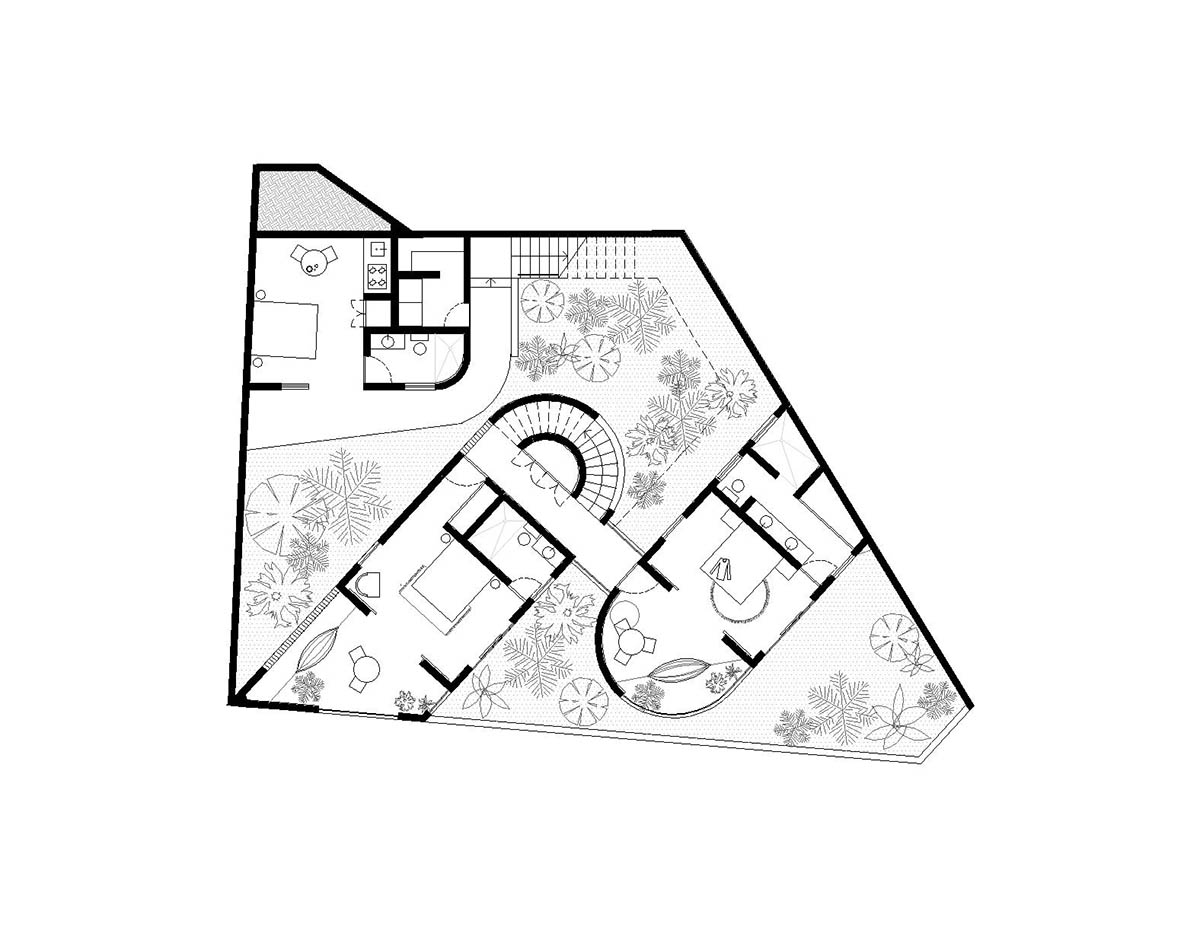 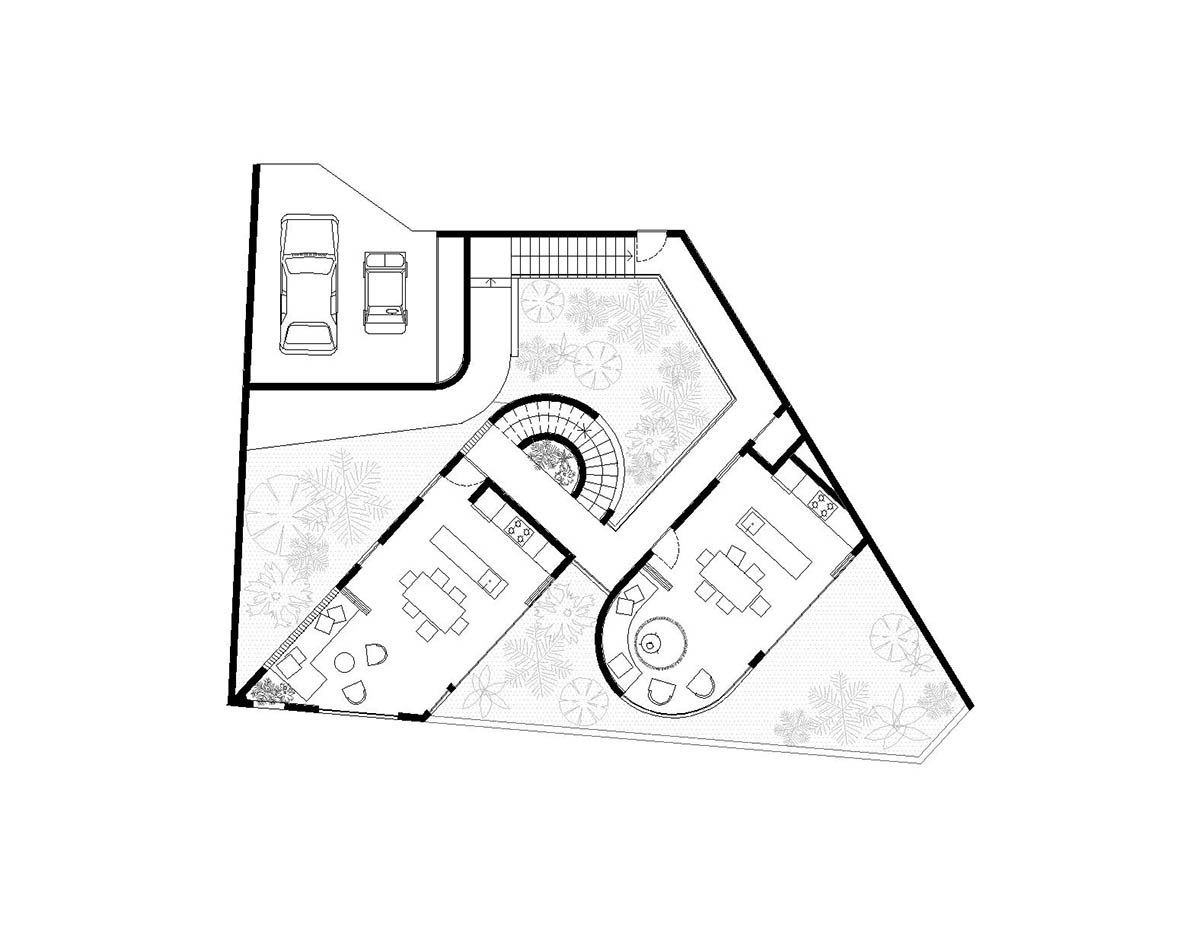 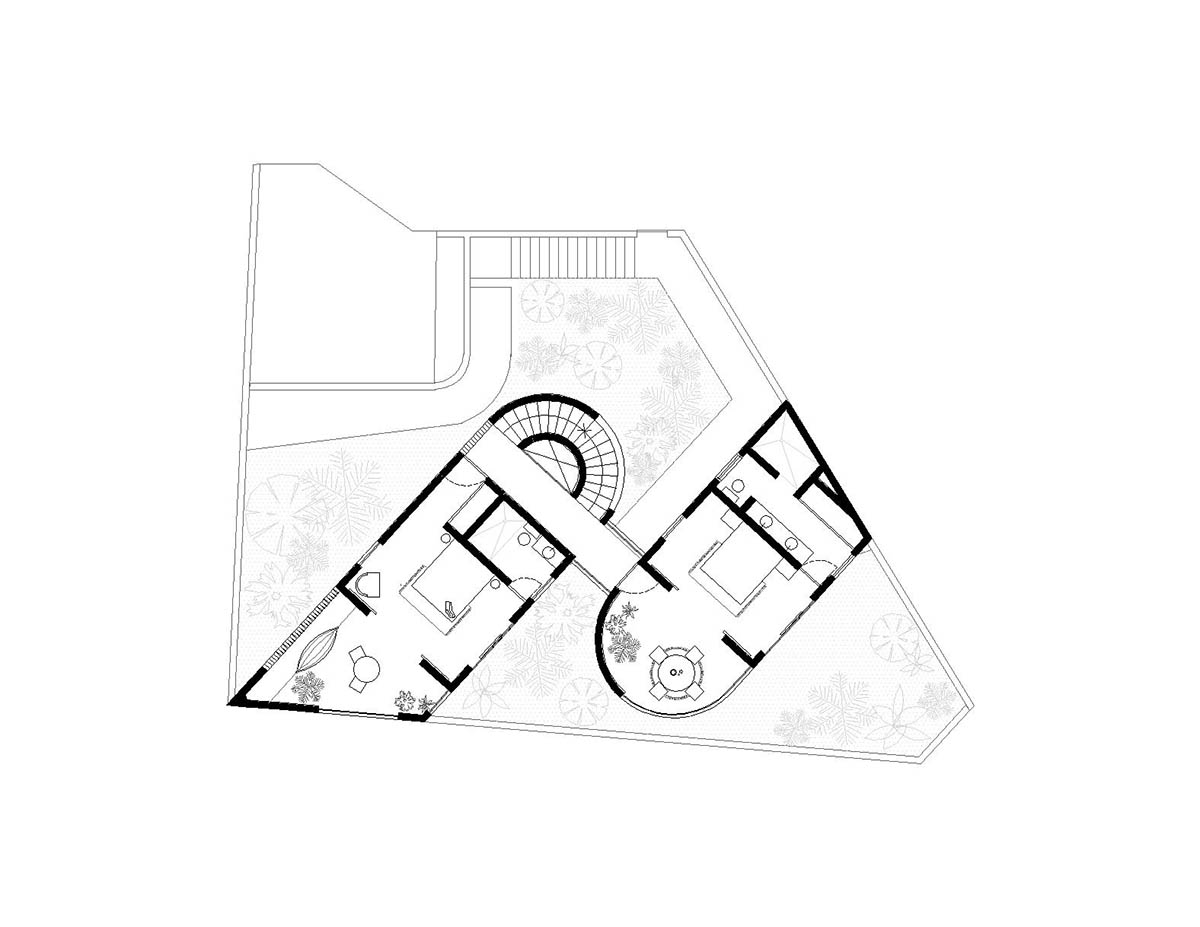 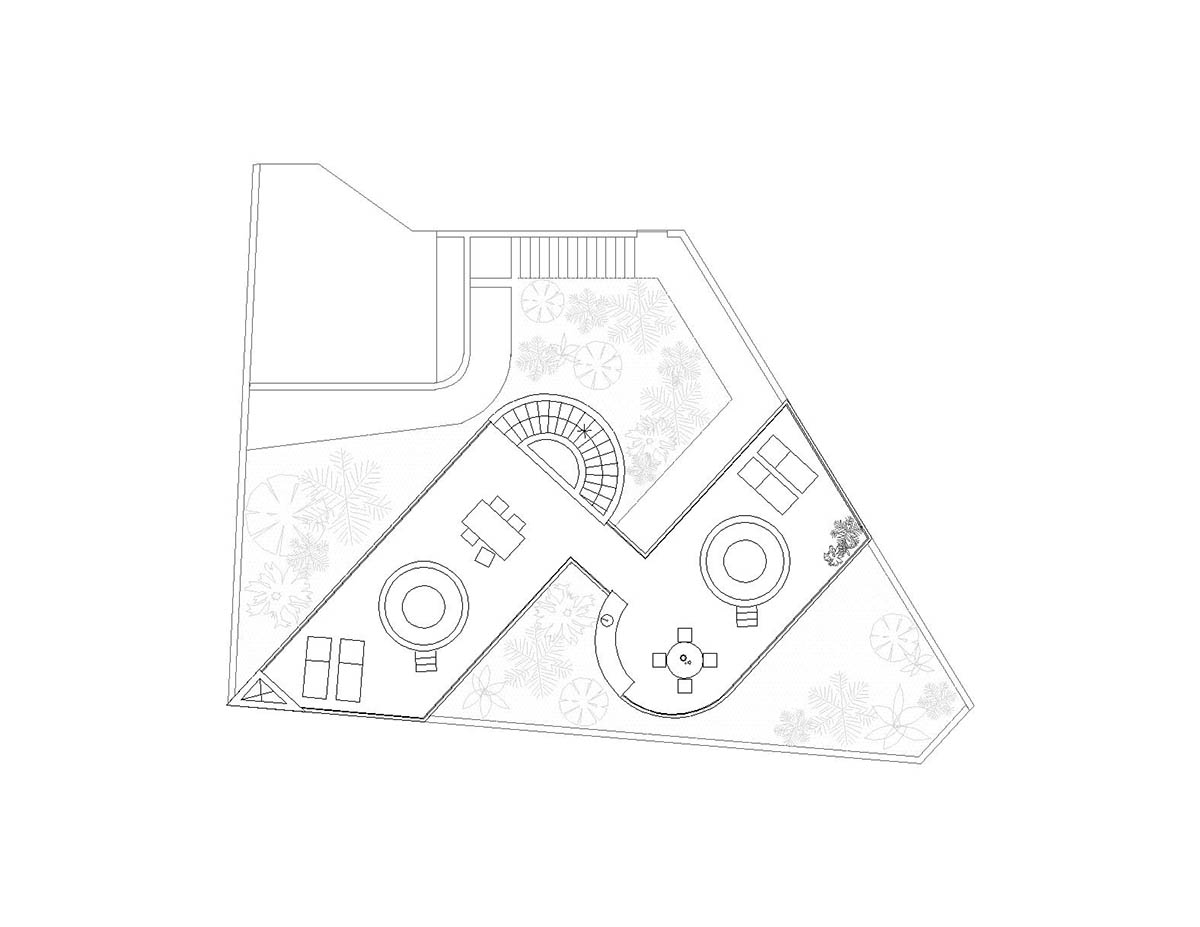 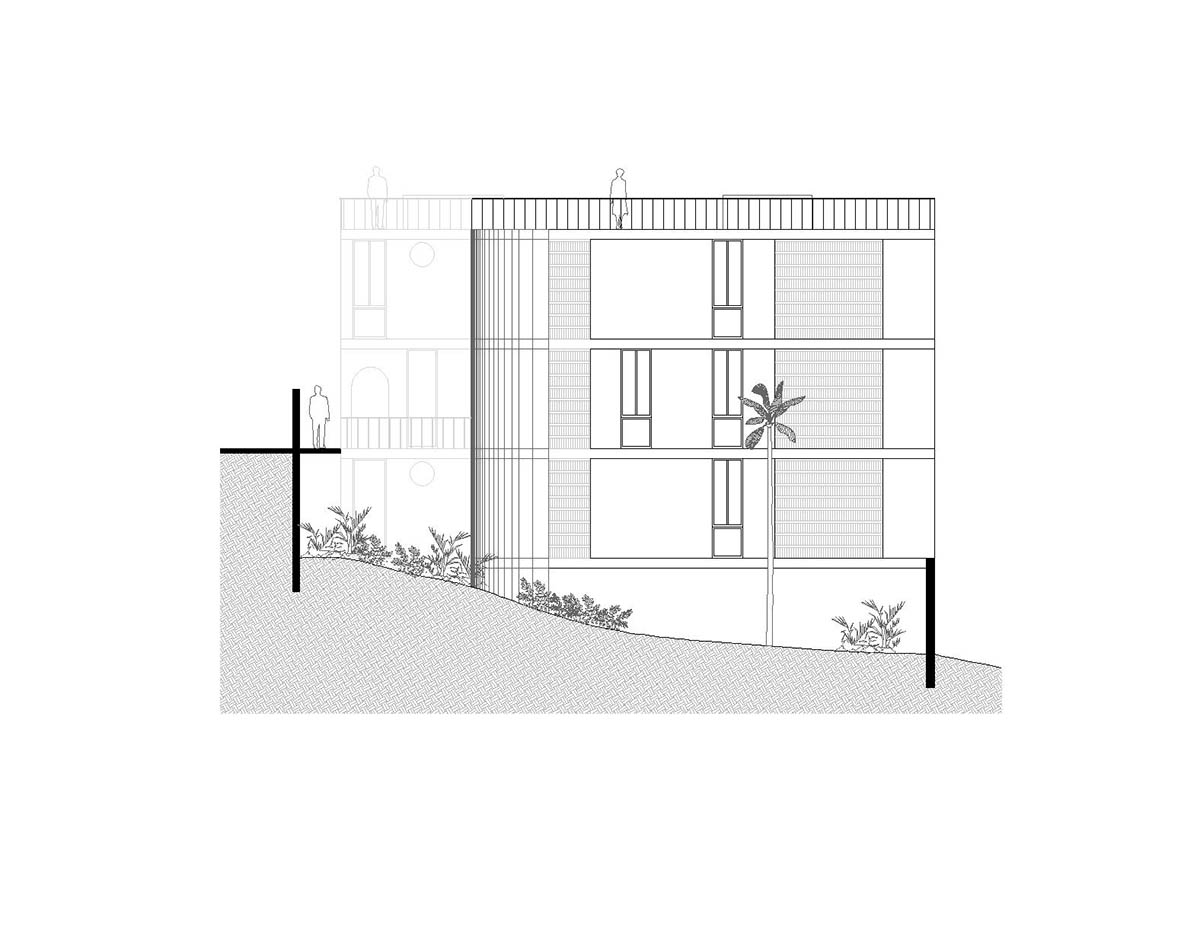 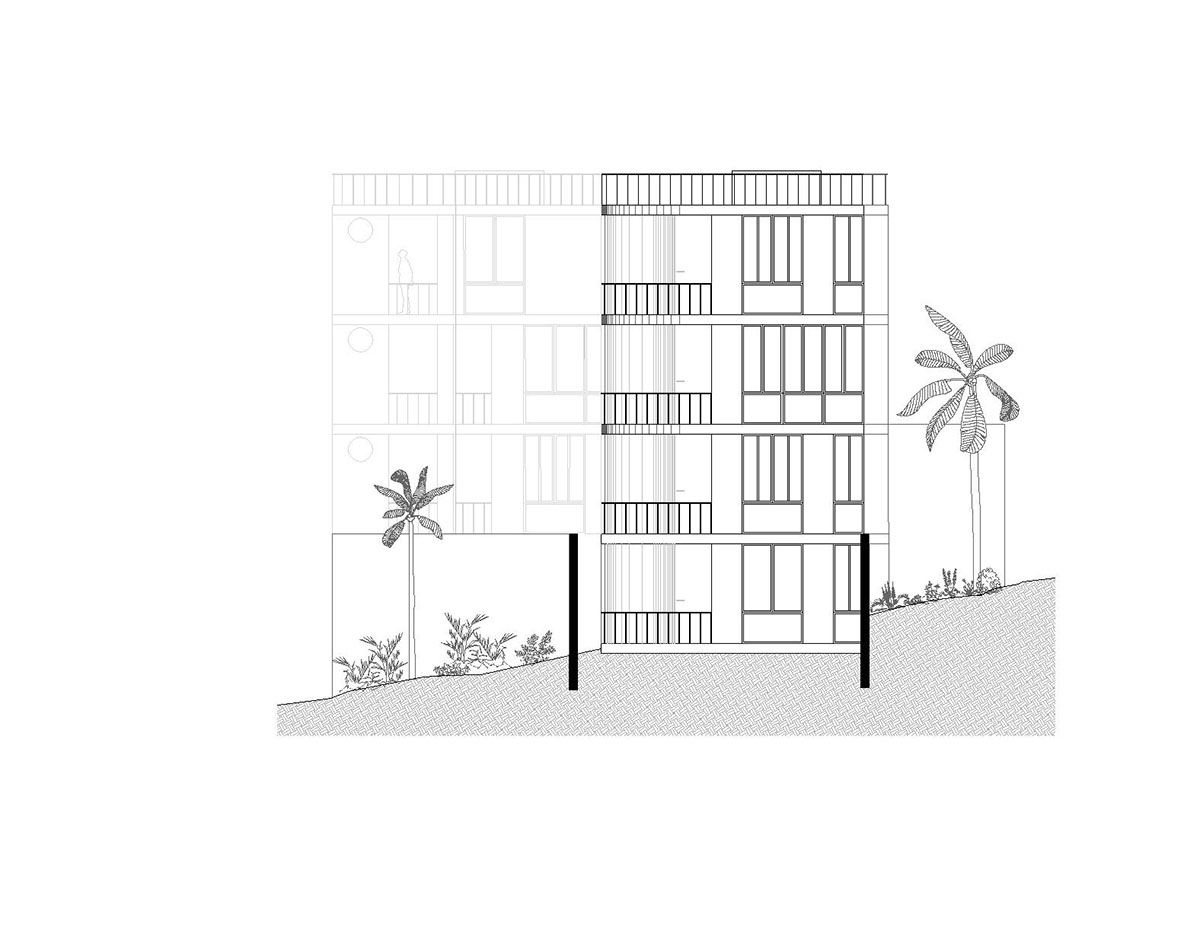 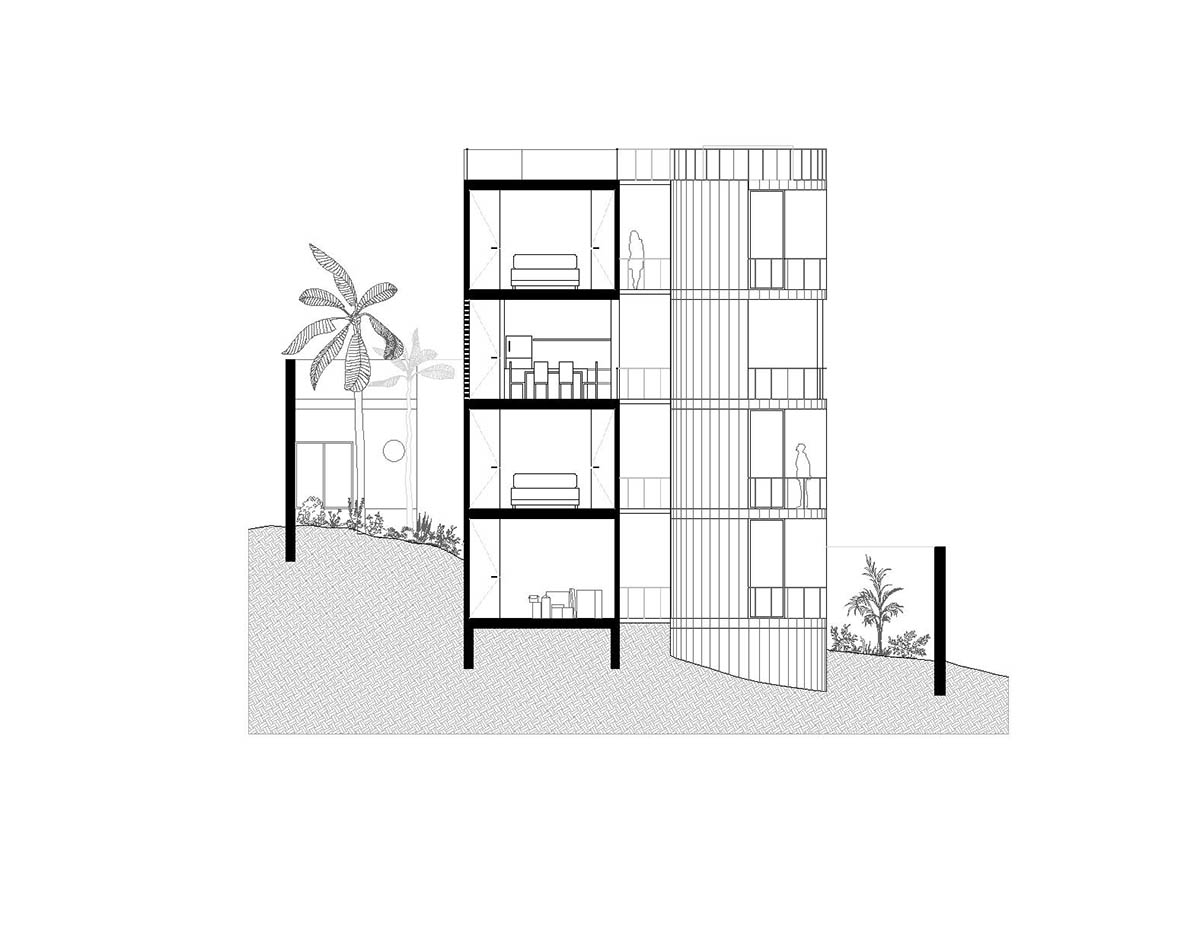 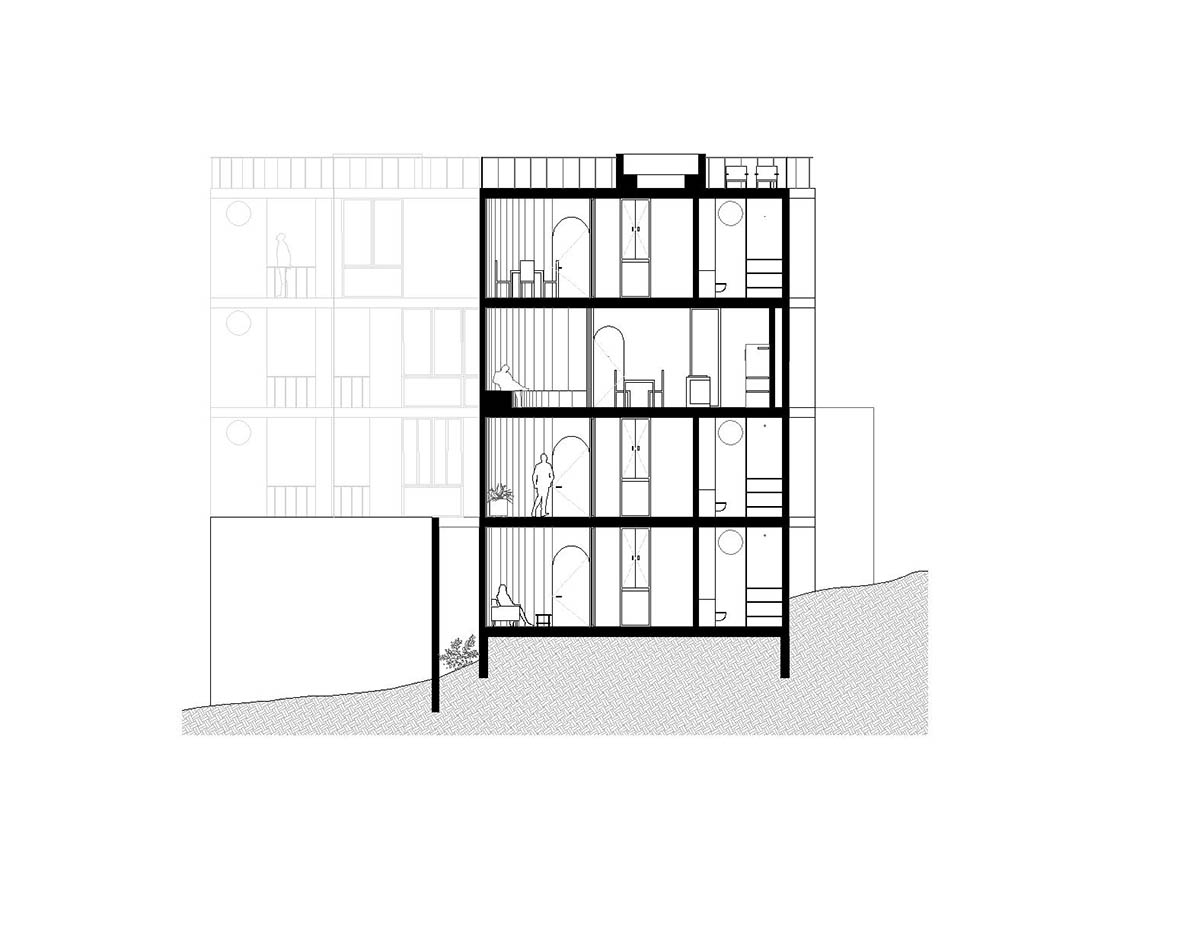 Palma is one of prolific Mexican architecture practices. The studio previously completed San Ignacio House in Mexico and designed Litibú Bungalow, which combined two main functions with a central patio as a transition and multi-functional space on this 50-square-metre bungalow.

Palma was founded in 2016 by Ilse Cárdenas, Regina De Hoyos, Diego Escamilla and Juan Luis Rivera. The studio is a young architecture firm based in Mexico City and Sayulita.