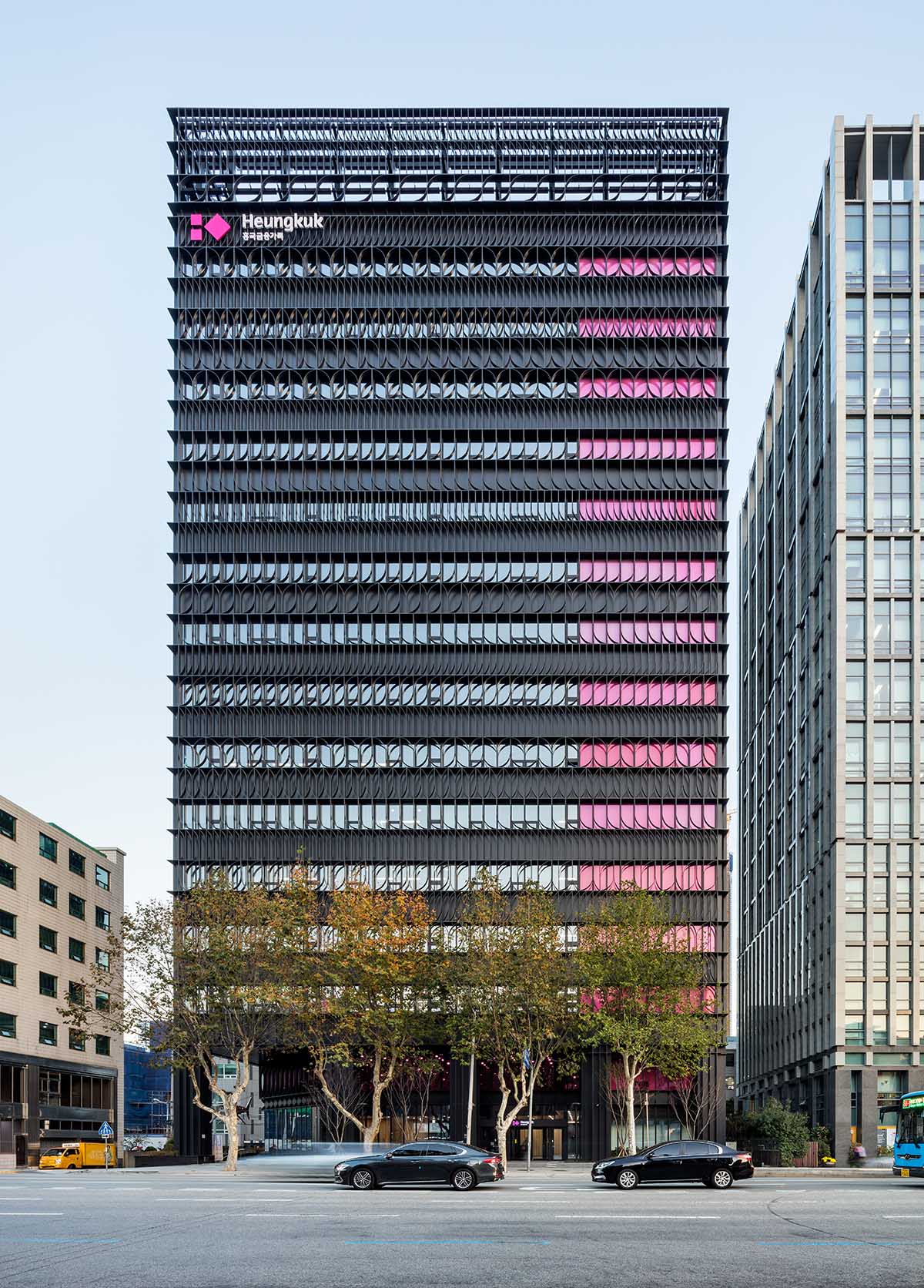 Mecanoo has completed an office tower with stark black and fuchsia façade in Busan, the second most populous city of South Korea.

Named Heungkuk Tower Busan, the 20,000-square-metre office tower functions as an office building and located adjacent to the coastline and close to the city’s high speed rail network. 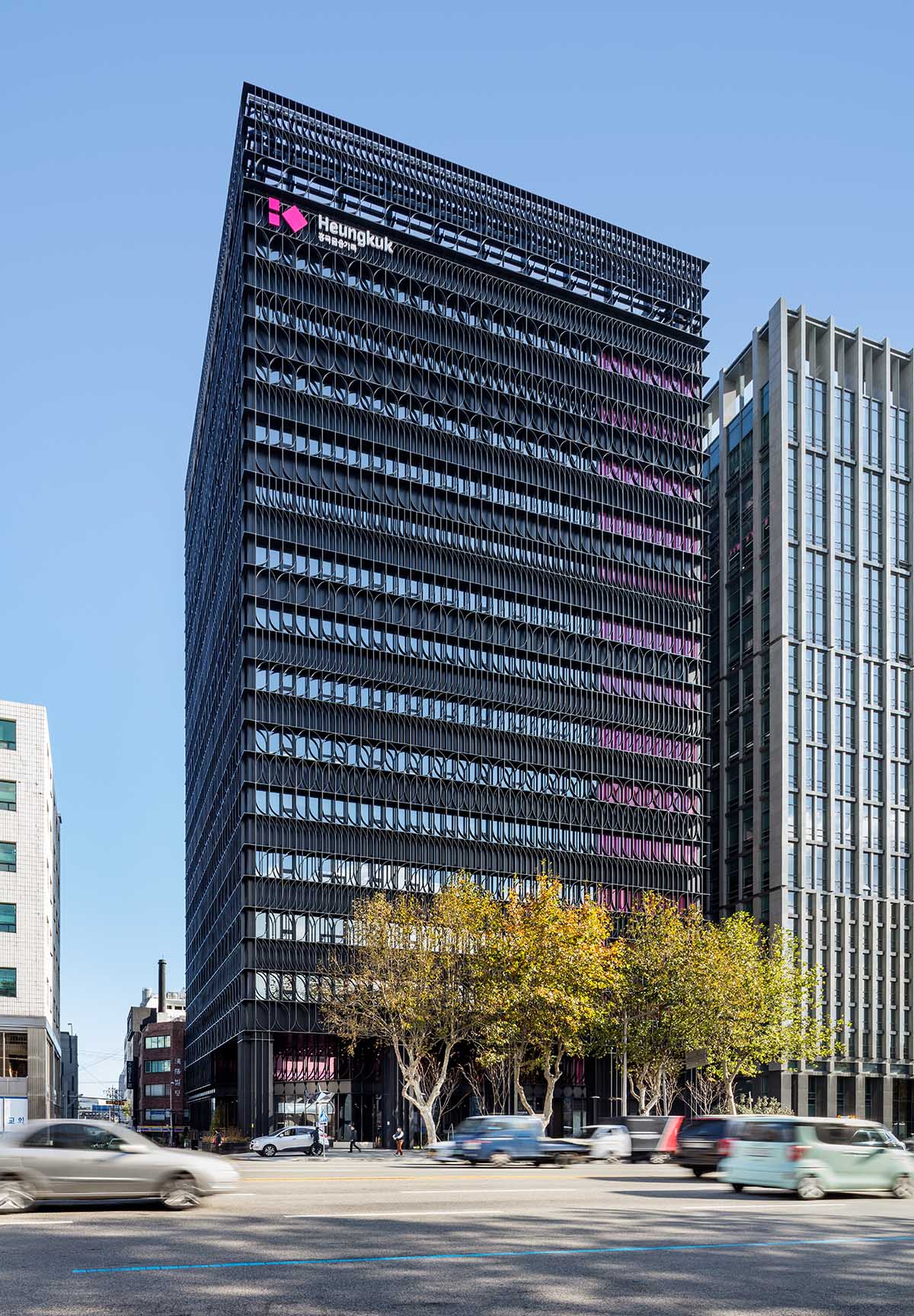 Mecanoo created a distinguishing feature on its façade that comprises stark black and fuchsia colors arranged in various linear patterns. 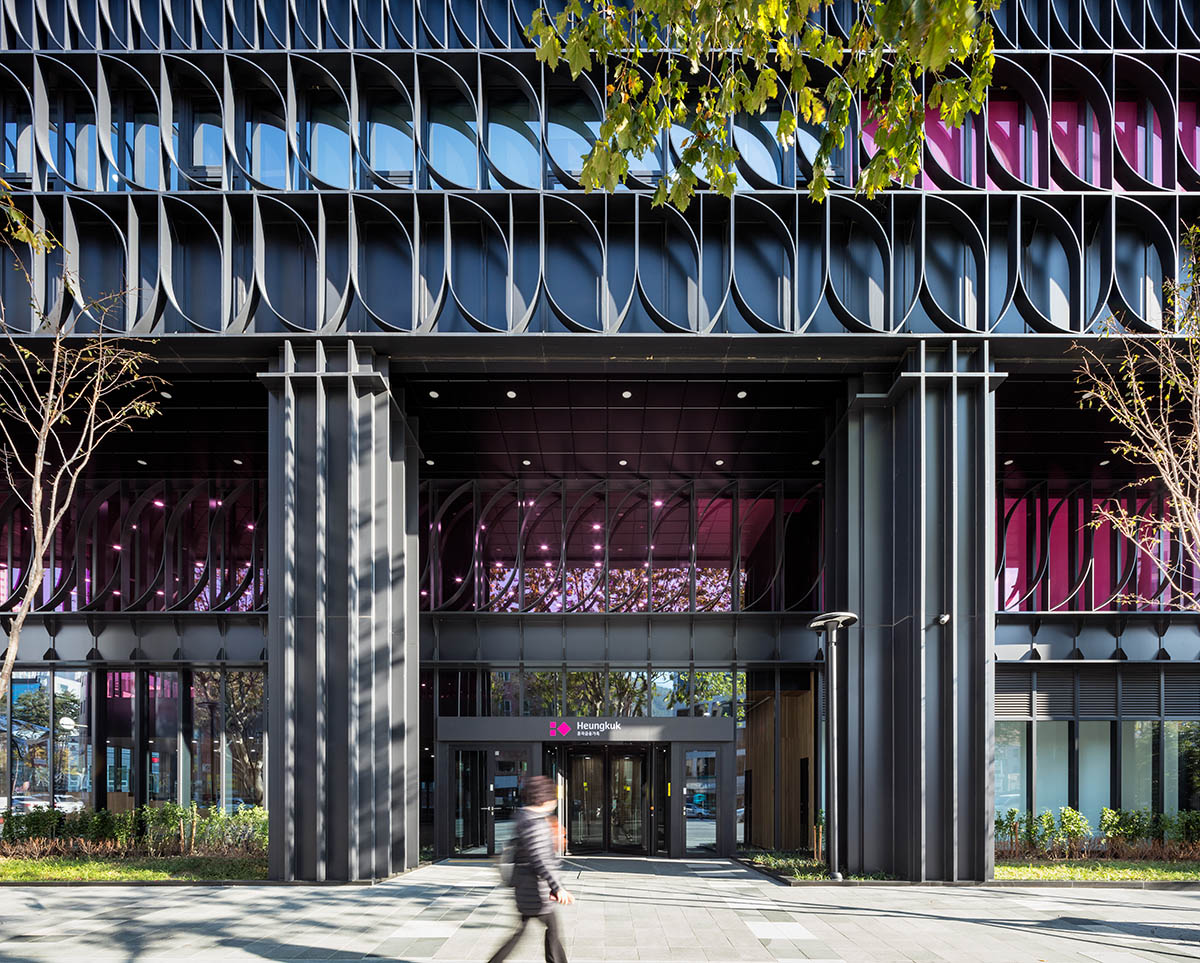 Reaching at 15-storey, the entrance level is designed as a double-height lobby. While the building maximizes the land allocation, the tower sits elegantly in a densely built up area of the city.

"The relationship between the building and its surroundings reflects the passing of time, changing from day to night," stated Mecanoo. "As the building glows from within, its characteristic facade pattern is revealed to the surroundings," the office added. 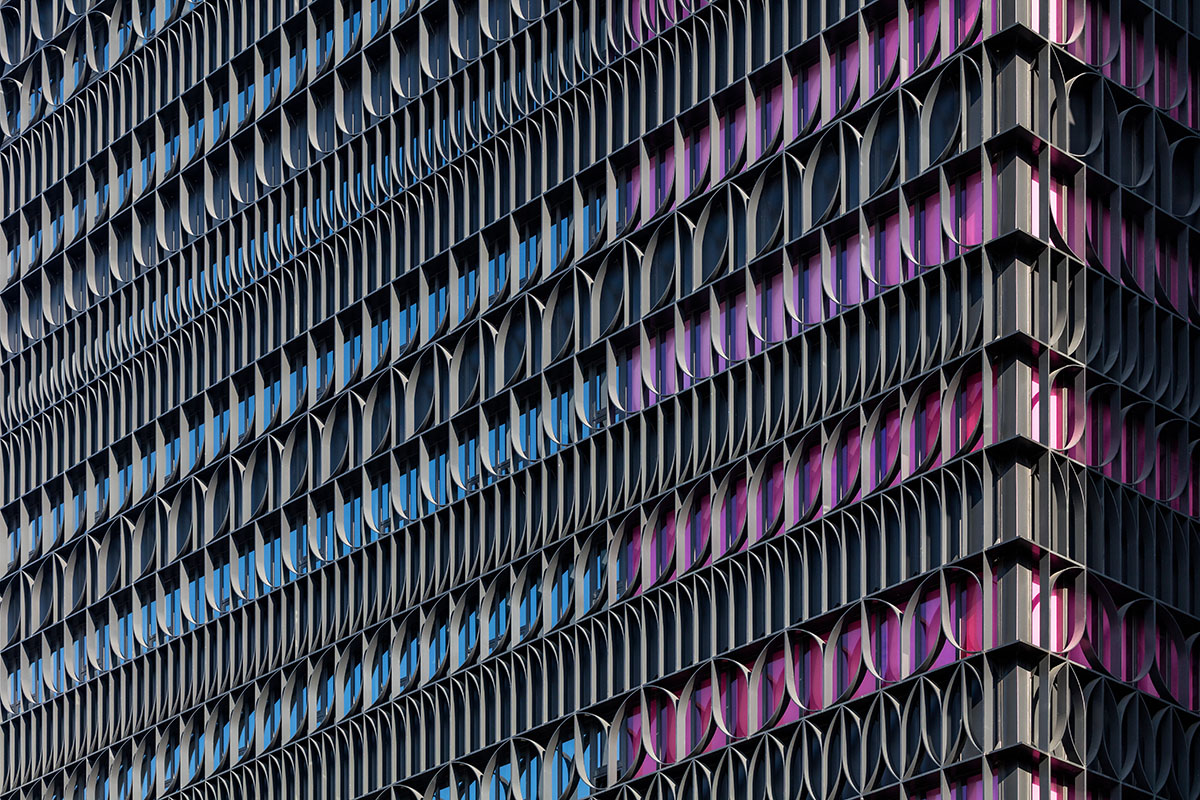 A roof garden acts as a retreat area for employees and visitors of the companies in the building and an environment offering views into the port and surrounding district. 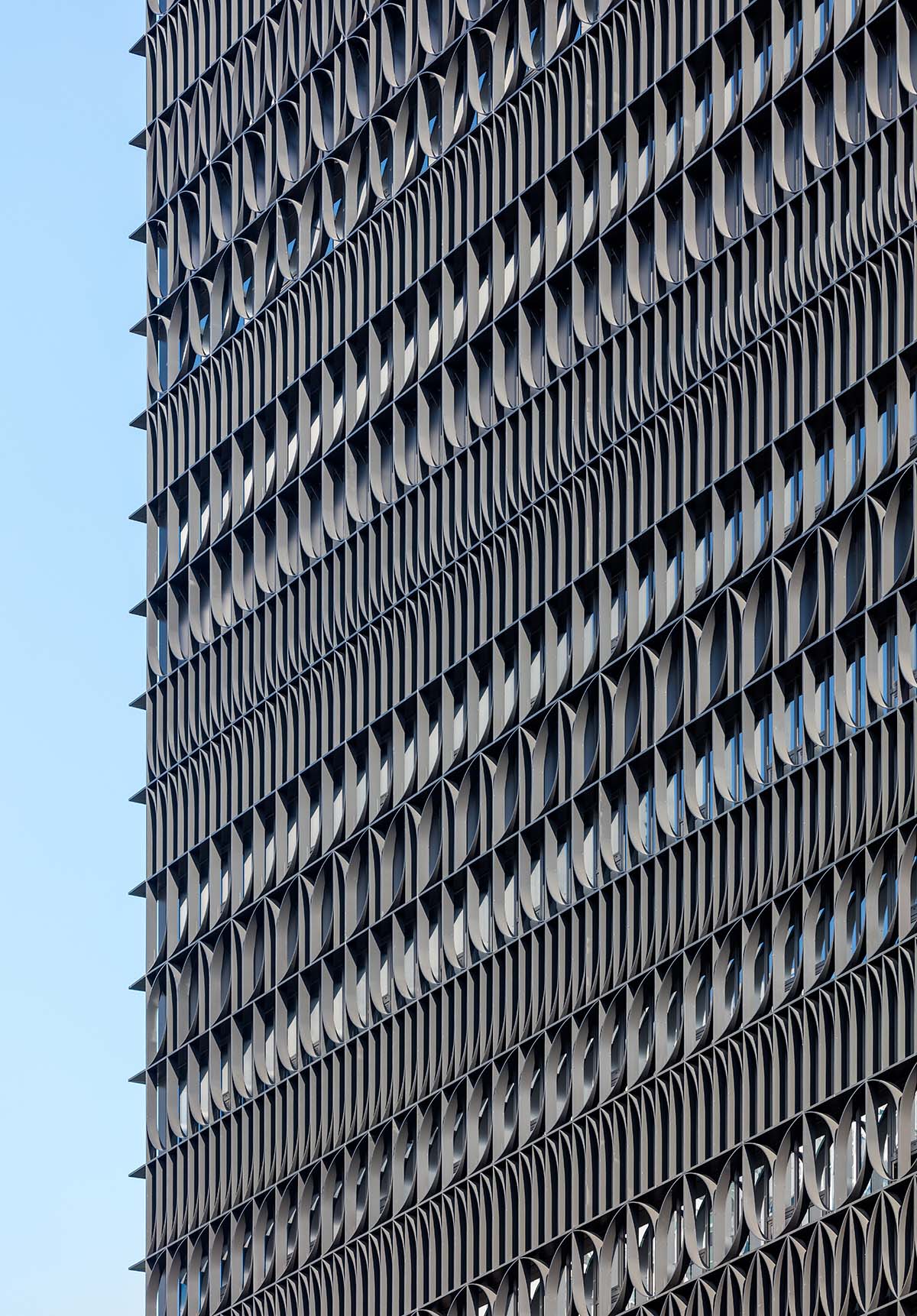 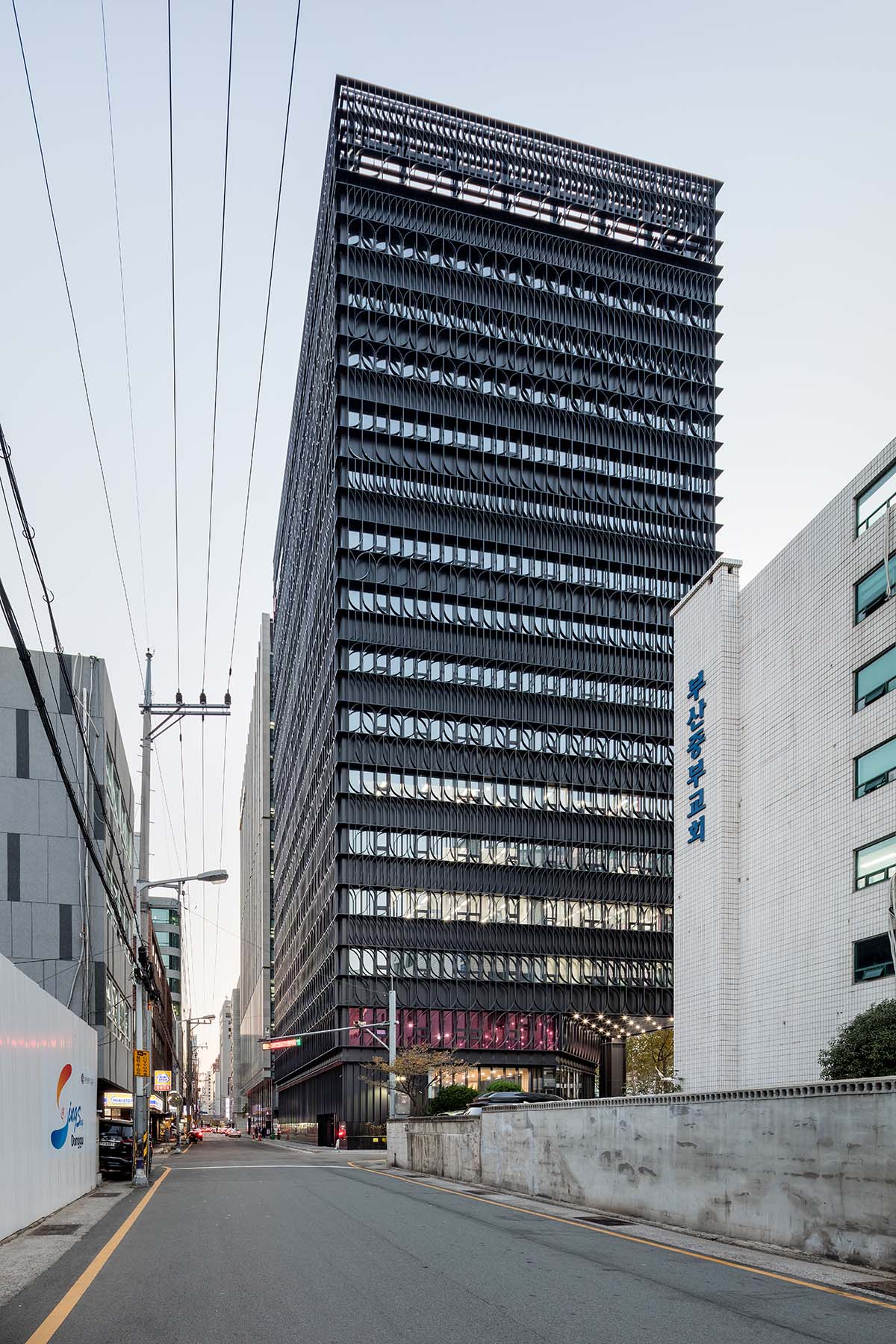 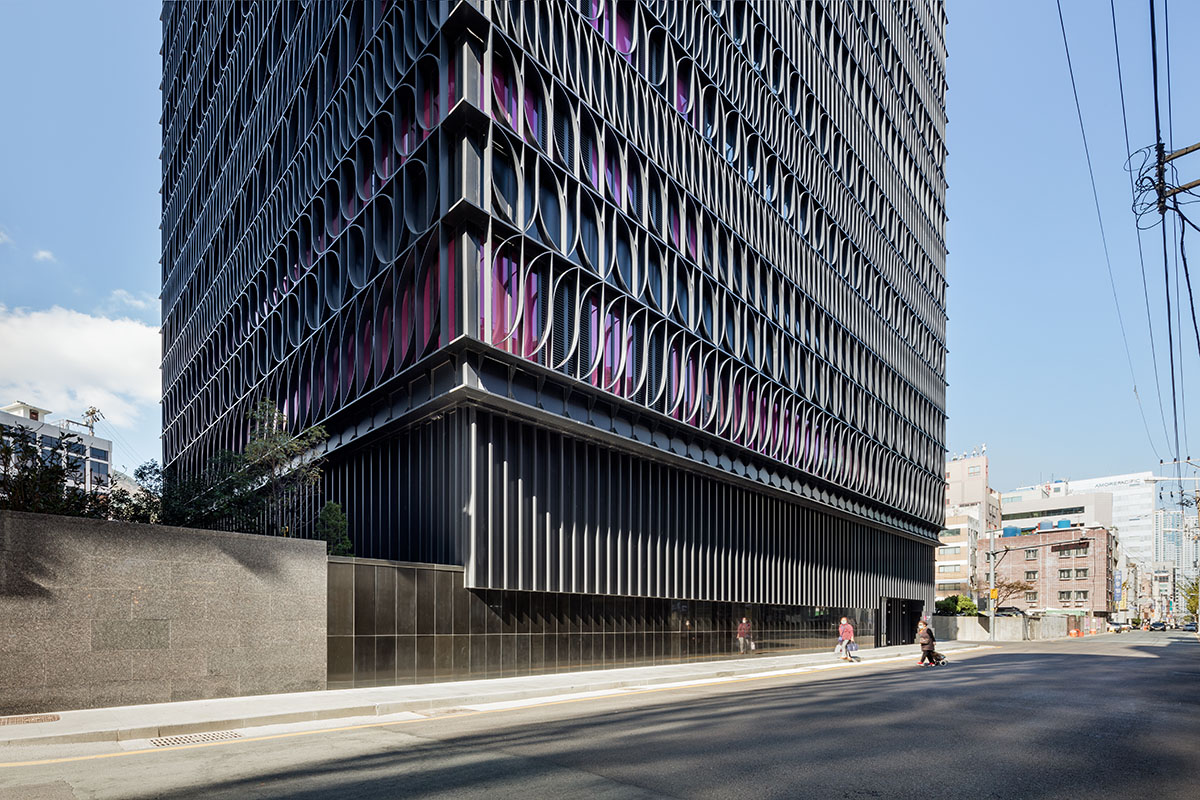 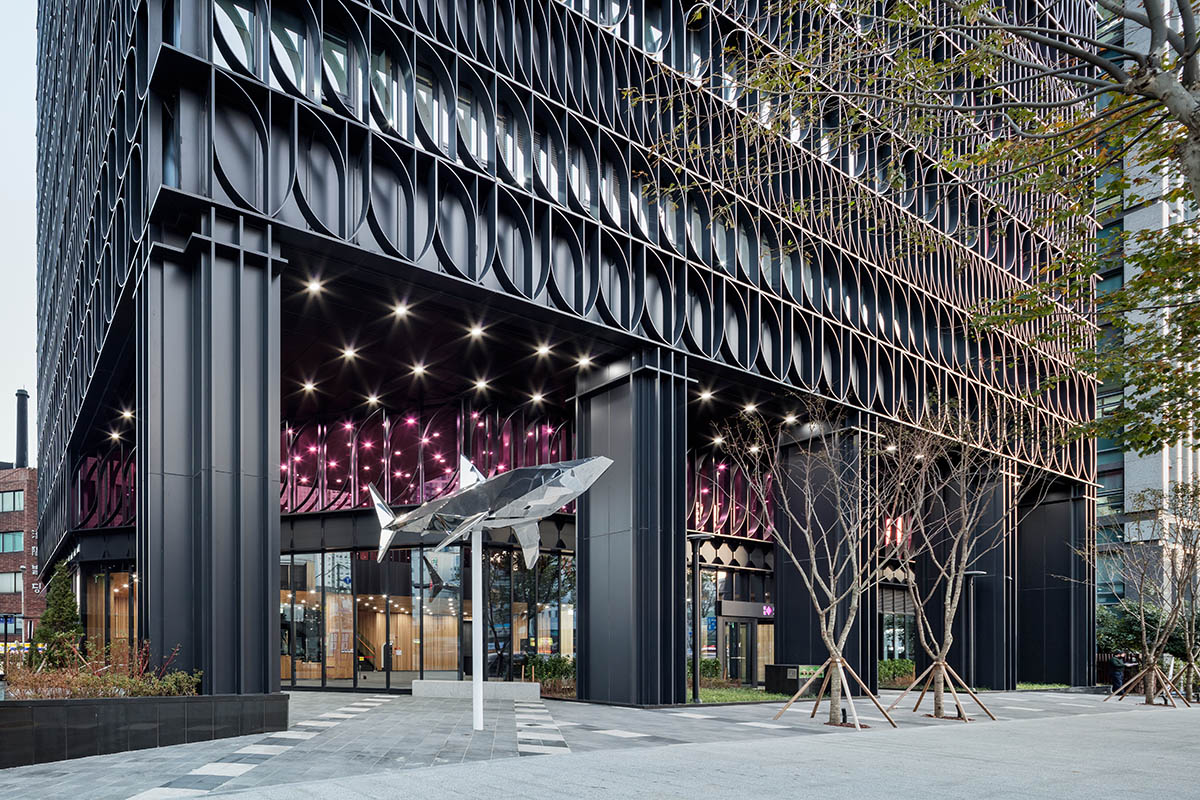 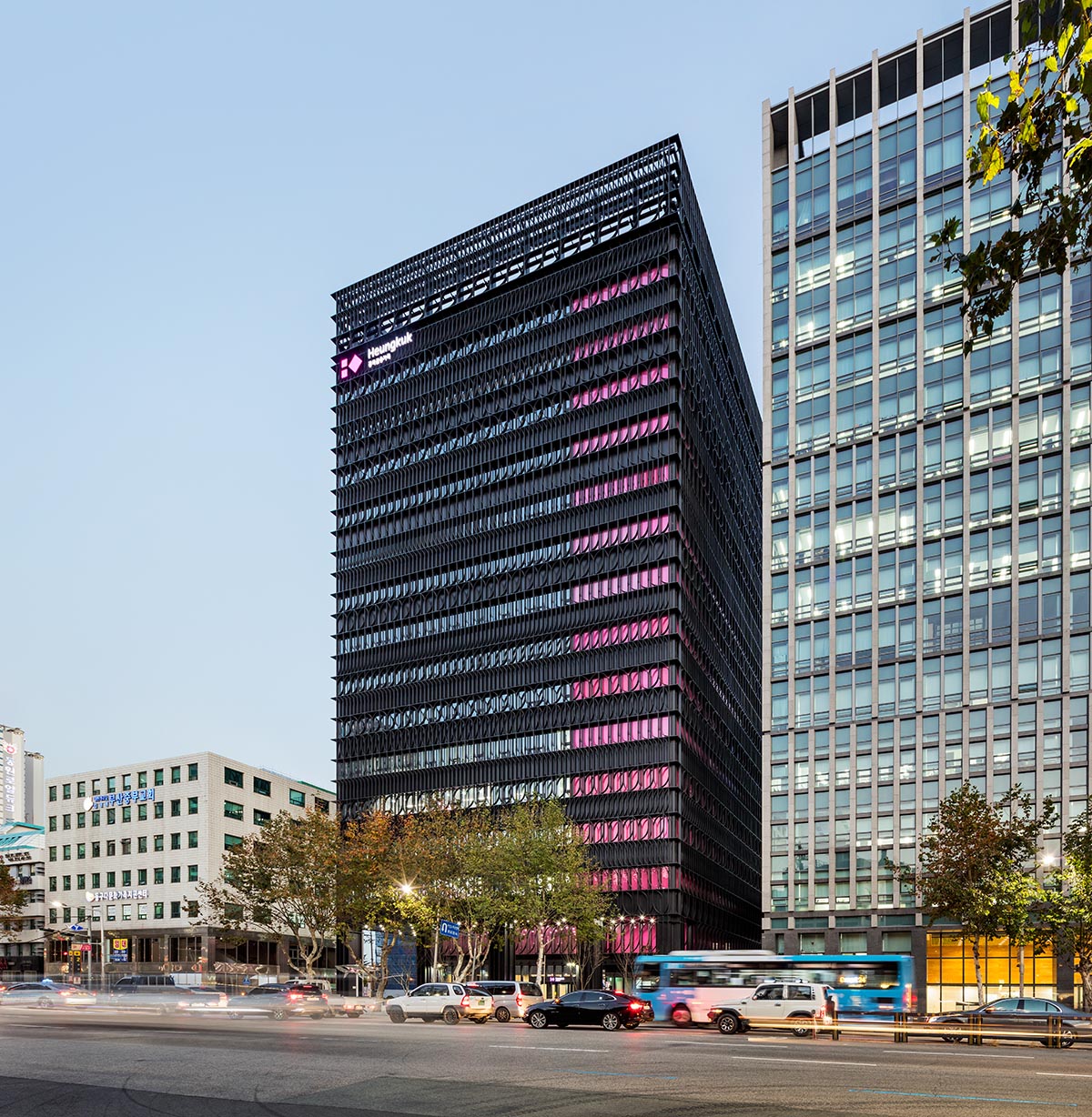 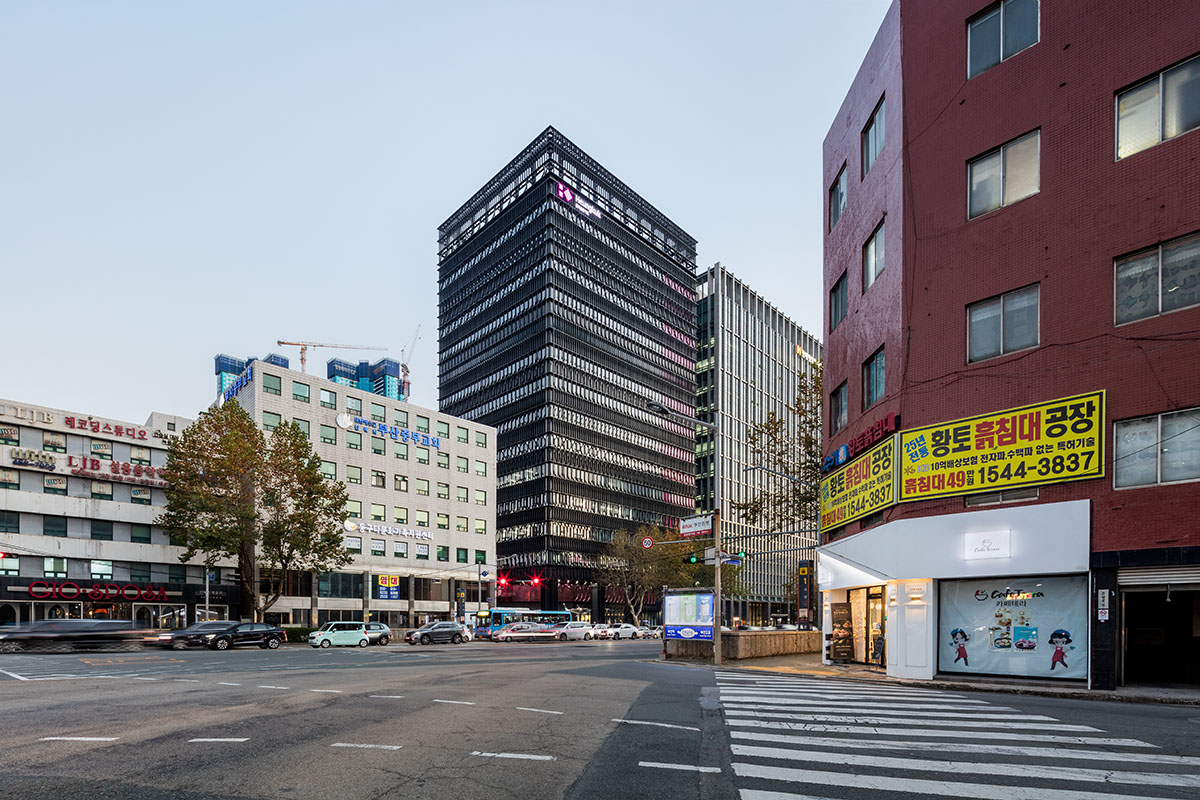 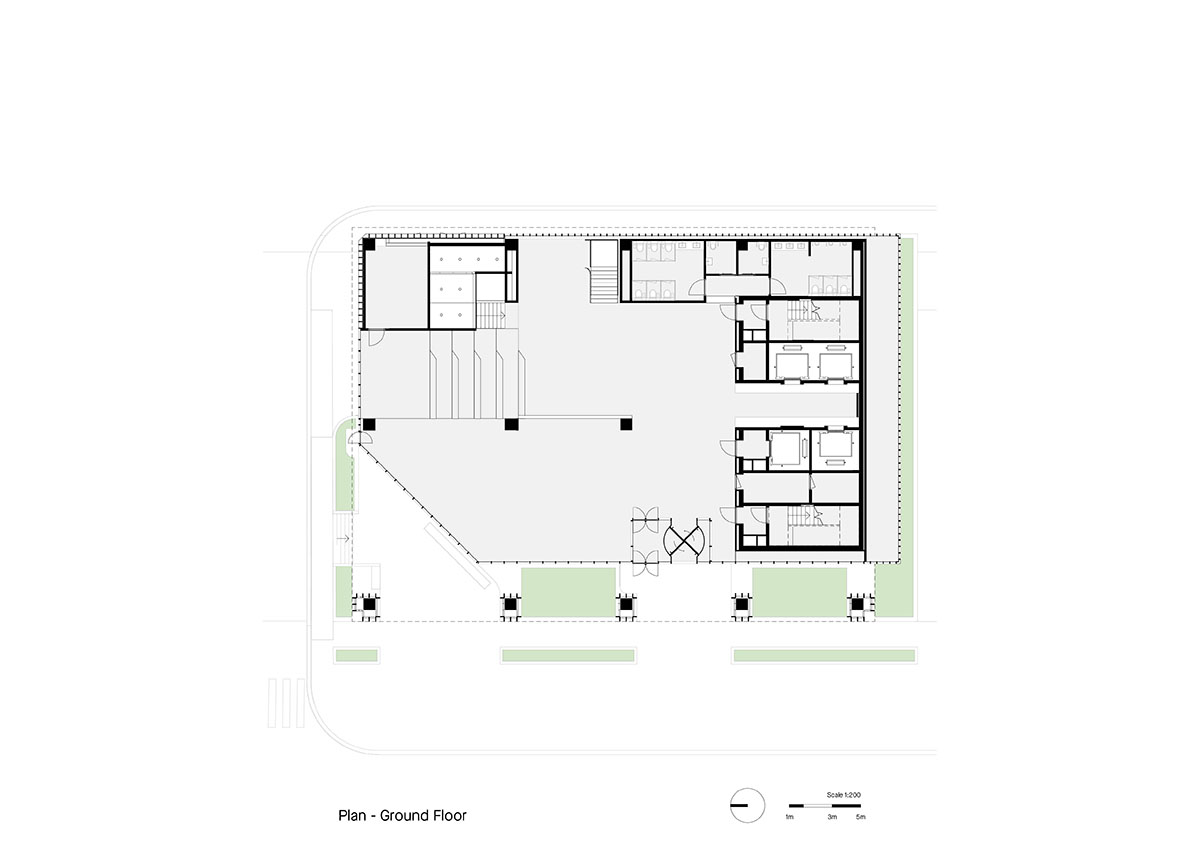 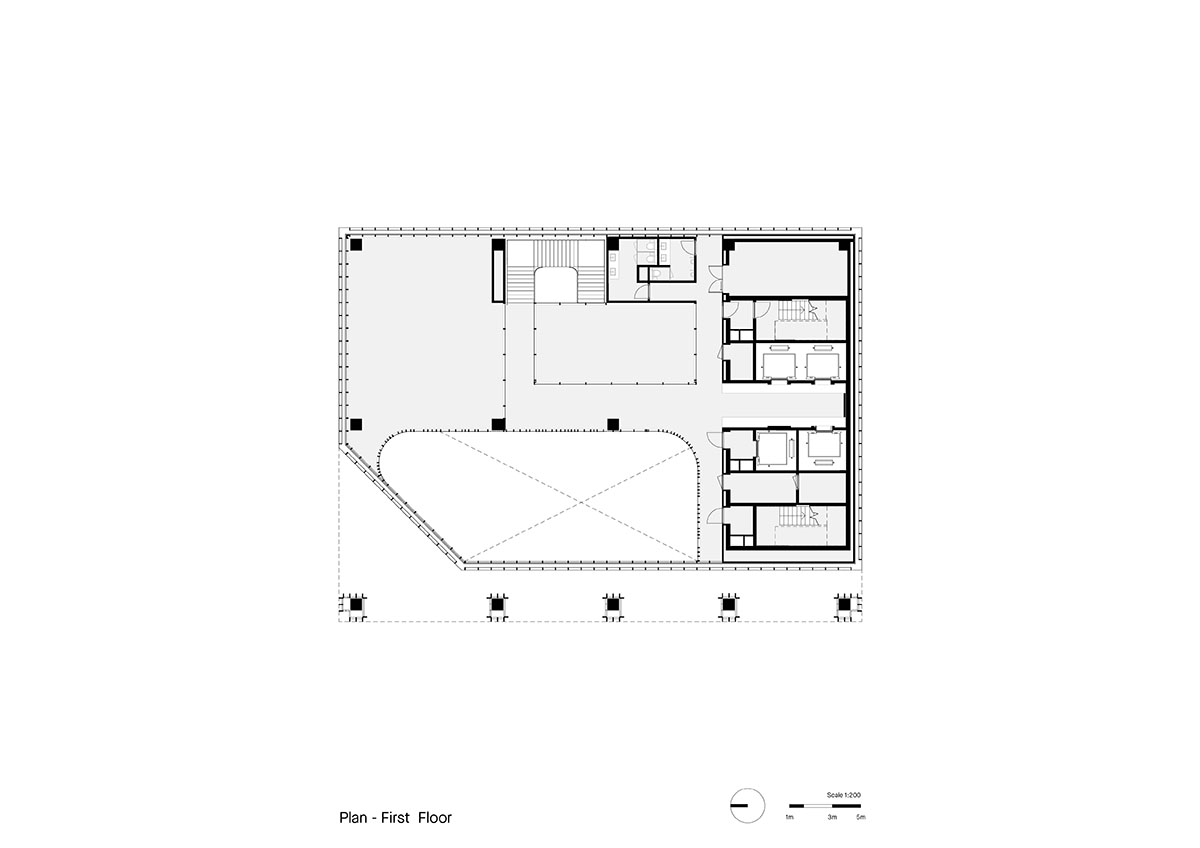 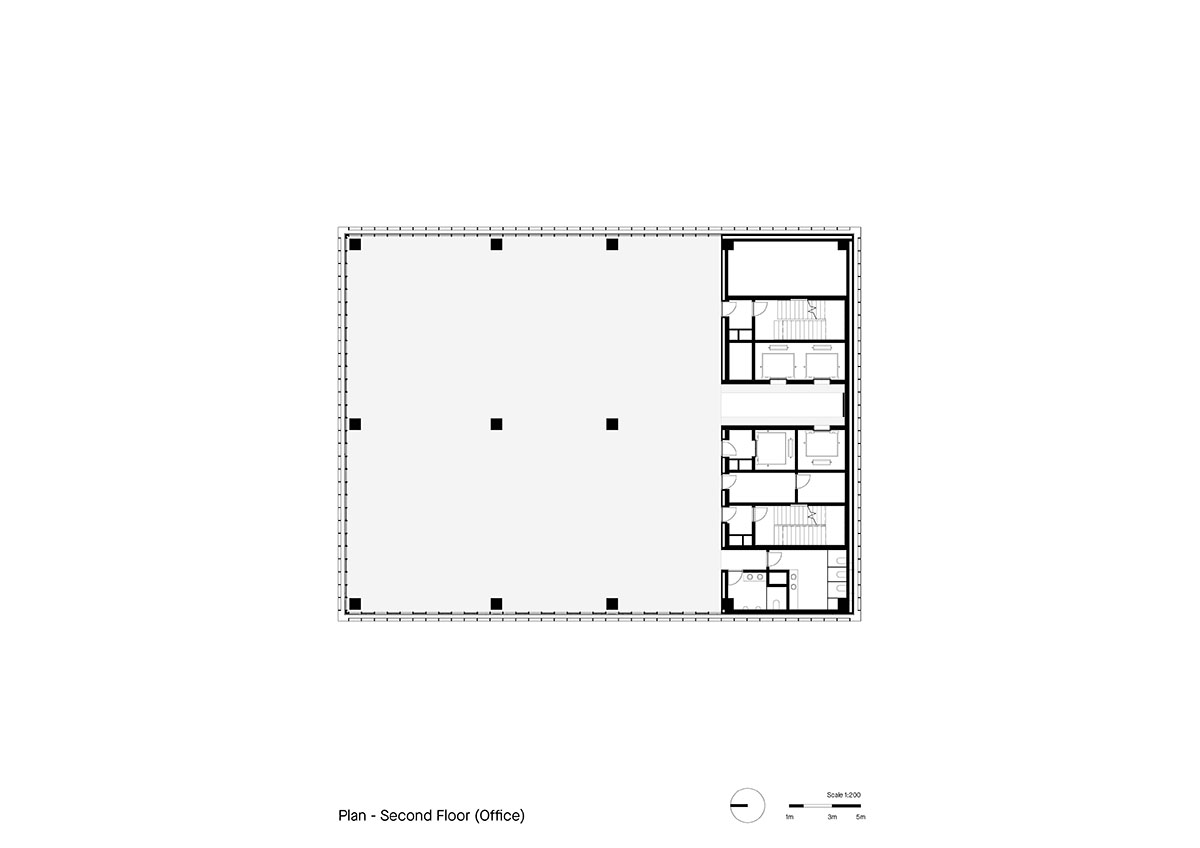 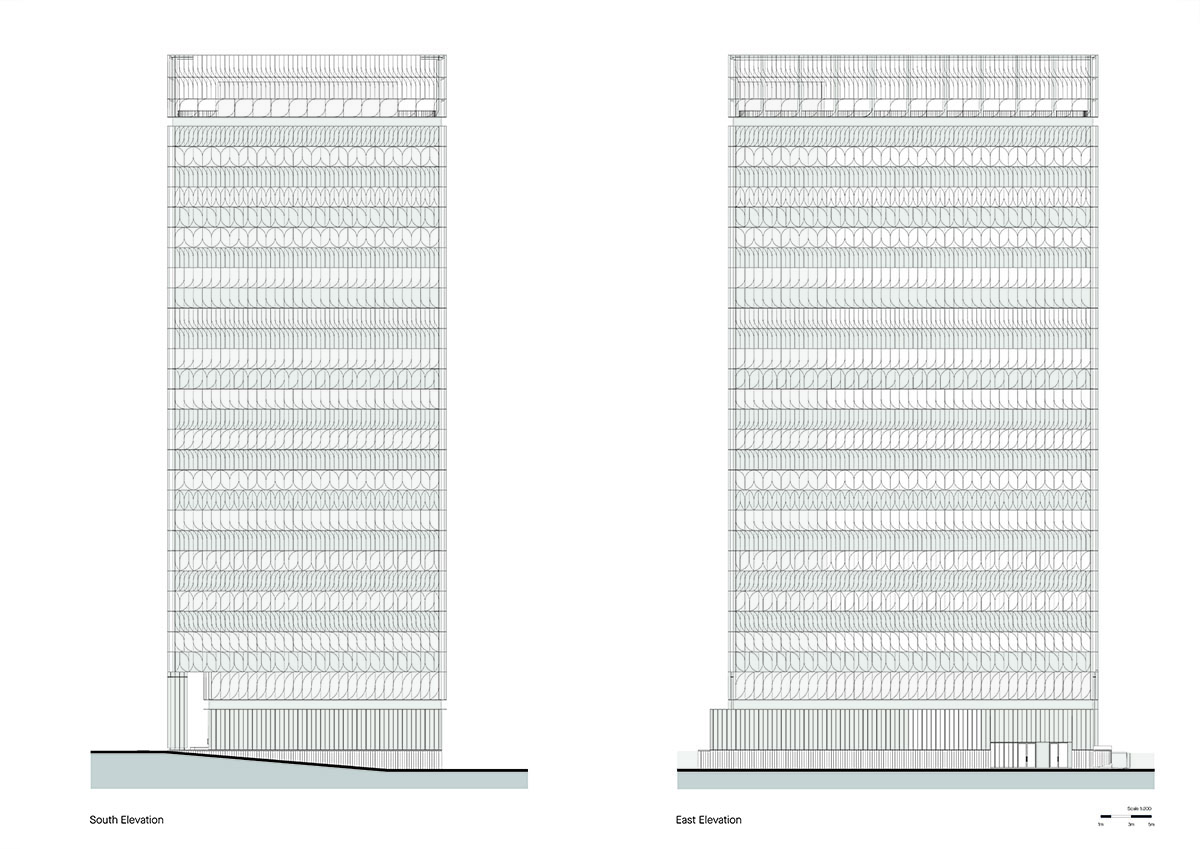 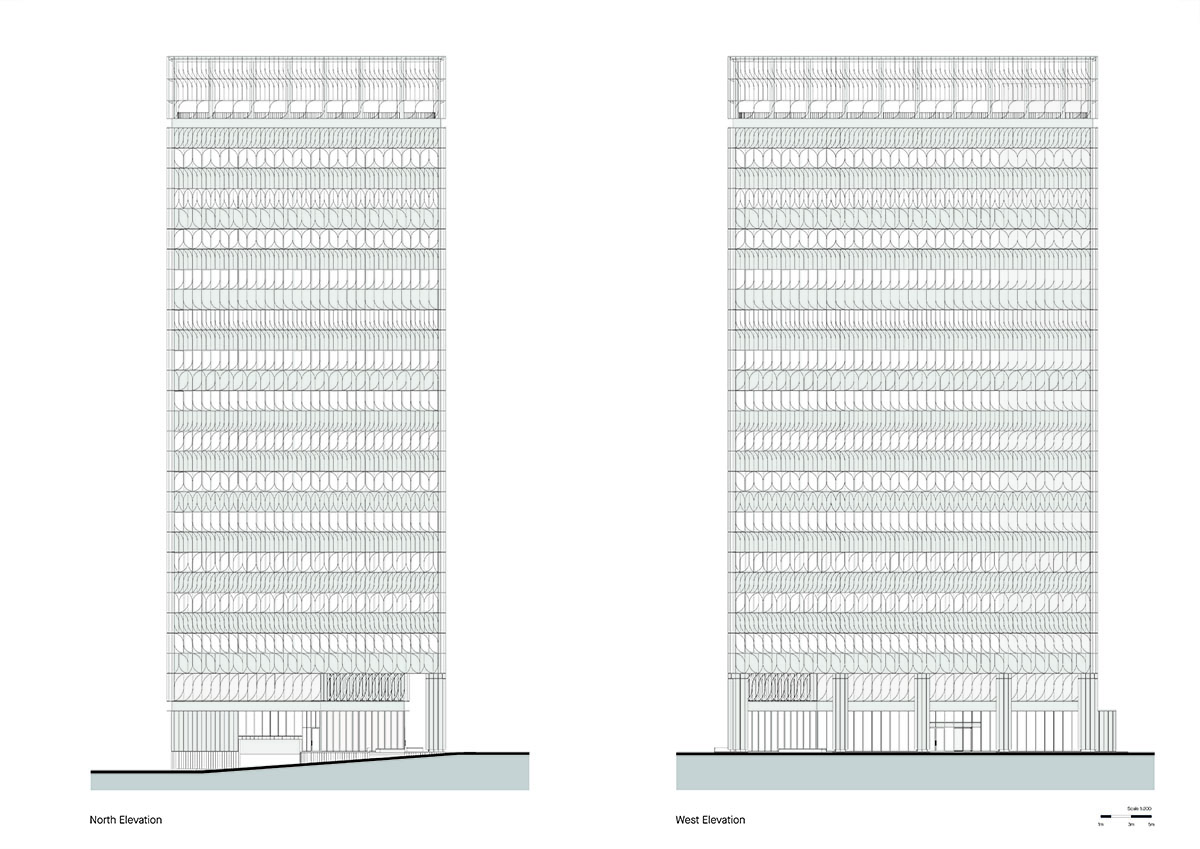 Mecanoo is currently working a new Natural History Museum Abu Dhabi, which is set to be "the largest of its kind" in the region.