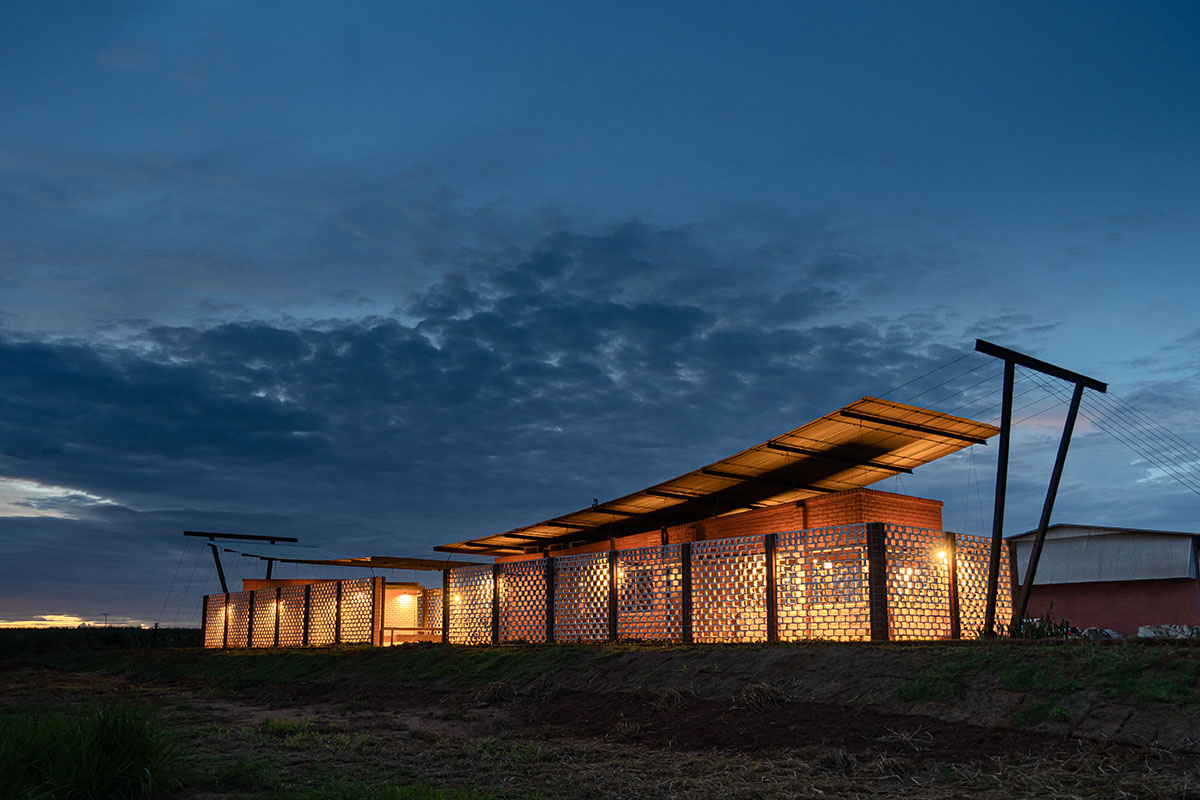 Paraguayan architecture practice Mínimo Común Arquitectura has built an office building by entirely using earth and transparent walls that wrap the building in the Curuguaty city of Paraguay.

Named Nordeste Curuguaty Offices, the 200-square-metre building is located in Curuguaty, 350 km from the capital, Asunción, in an agricultural and livestock area.

The challenge for the project was how to build an office building in the middle of nowhere. 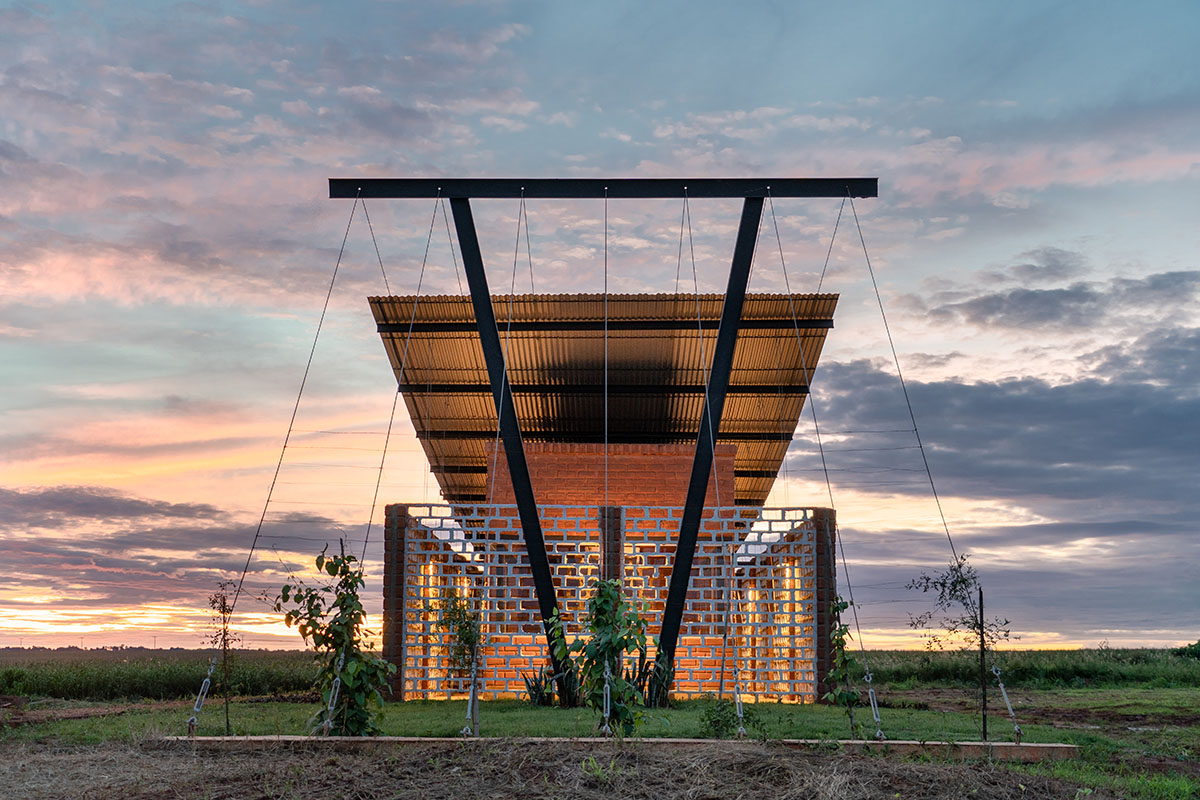 The elongated structure entirely uses the local sources and materials to create workspaces within brick and each brick was fabricated on site. The rooms are placed within brick volumes while some meeting areas are kept as flexible.

The building includes four office rooms, a kitchen, a large meeting room and two wcs. A large circular pond divides the structure into two separate volumes. Its angled and flexible roof plays an important role for air circulation inside. 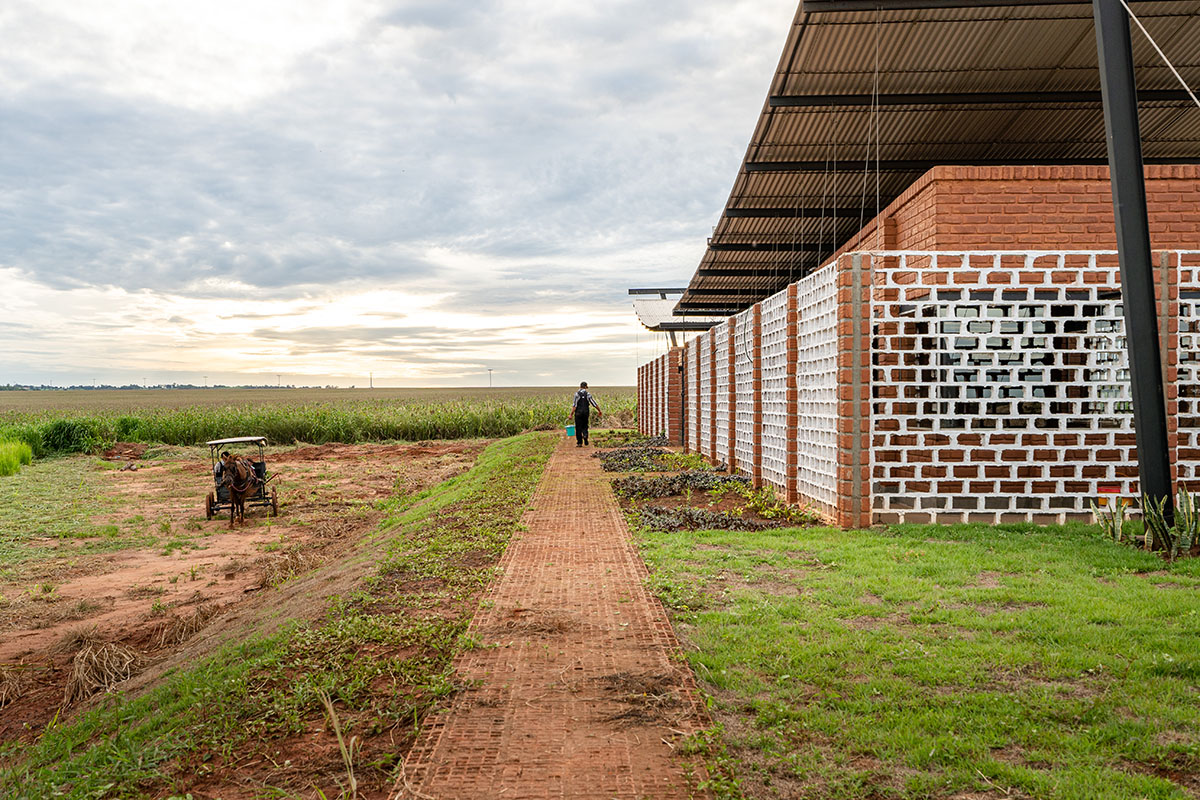 The architects define their design approach based on five ideas, which reflect the intention of the project: The Soil, Materiality, The Cover, The Parasol and Water.

According to the studio, the first major element was the territory that had to be controlled in a subtle way. The studio said that "An imaginary line in the landscape allowed to observe what was happening in the surrounding, protecting ourselves from other animals and insects while protecting them as well." 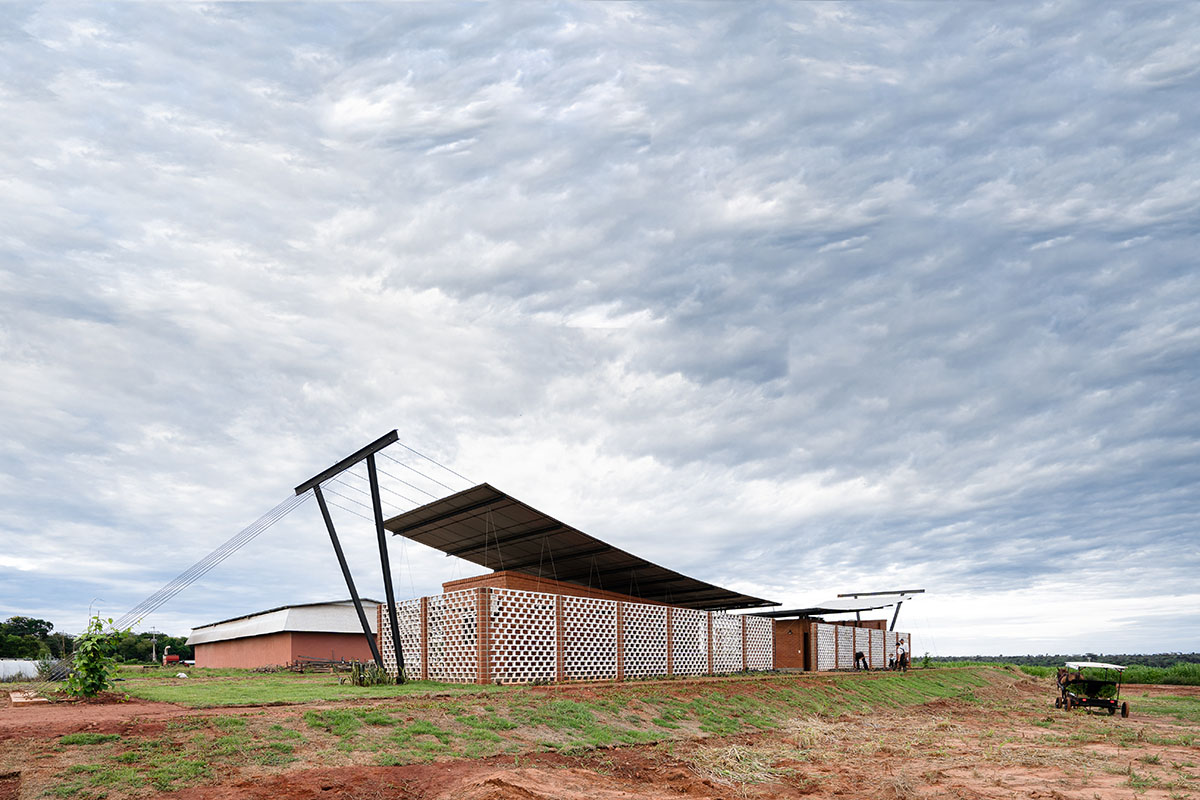 The team created a platform that elevates the structure 1.5 meters from the ground.

The Cover was the second component which was important for the structure. The team paid attention to the climatic conditions of the region and had to control an indoor climate for users.

The architects had to develop a system that would not expose them to extreme temperatures. 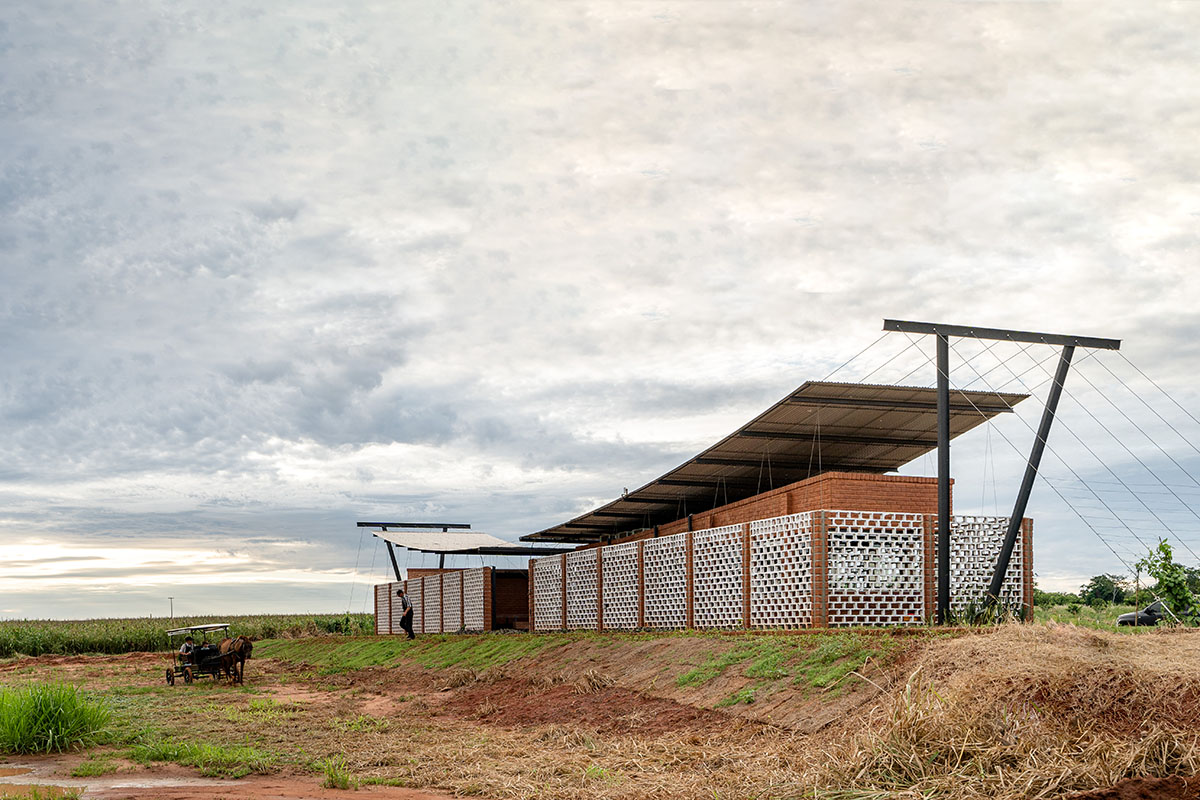 "Once control over the territory was achieved, a shadow needed to be projected," the studio added. "This is the first necessary condition in a climate where 45 degrees Celsius is an everyday situation."

"A shadow that shelters the construction itself, directs the winds and collects the waters, giving shelter to the workers in its own construction process, and later safeguard the interaction of the users," the studio continued.

"Once the importance of shade was understood, a way to achieve it in a light and economical manner was sought for. Wires were found to be a very efficient element." 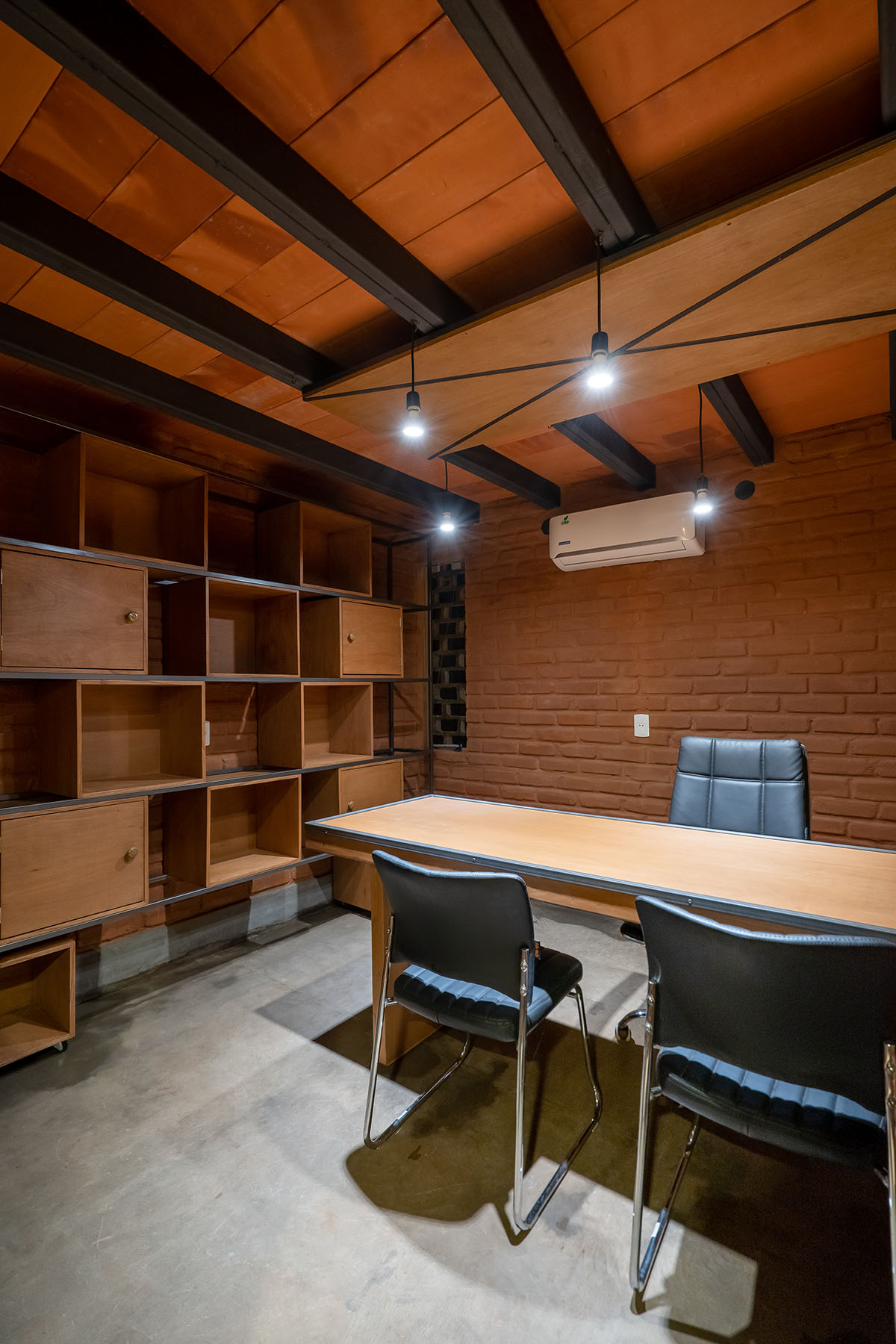 The team added that "The catenary was smiling at us. The structure would function as a bending moment diagram, the IPN profiles at the ends would work only in compression and the traction ropes provide 45 meters of light with the simplicity of a trace in the air."

The third component was the material to be used in the structure. The architects stated that "There weren't many options for materials when building the offices." 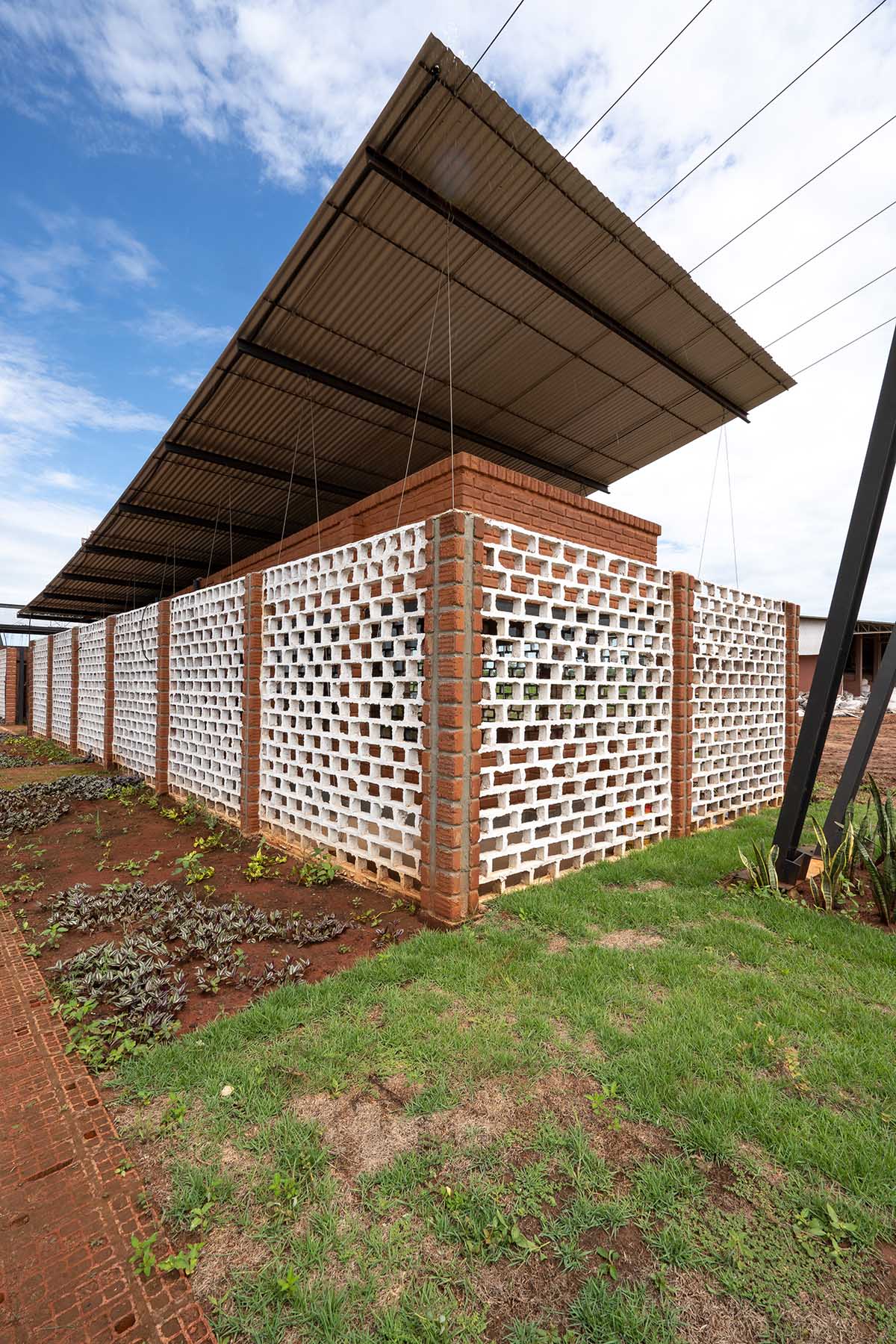 For this reason, the building was built entirely of earth, each of them was fabricated on site, with the use of a press method. "Only the materials that couldn't be damaged on the way were transported to the site, such as iron, rope and cement. The rest was provided by the land," they added. 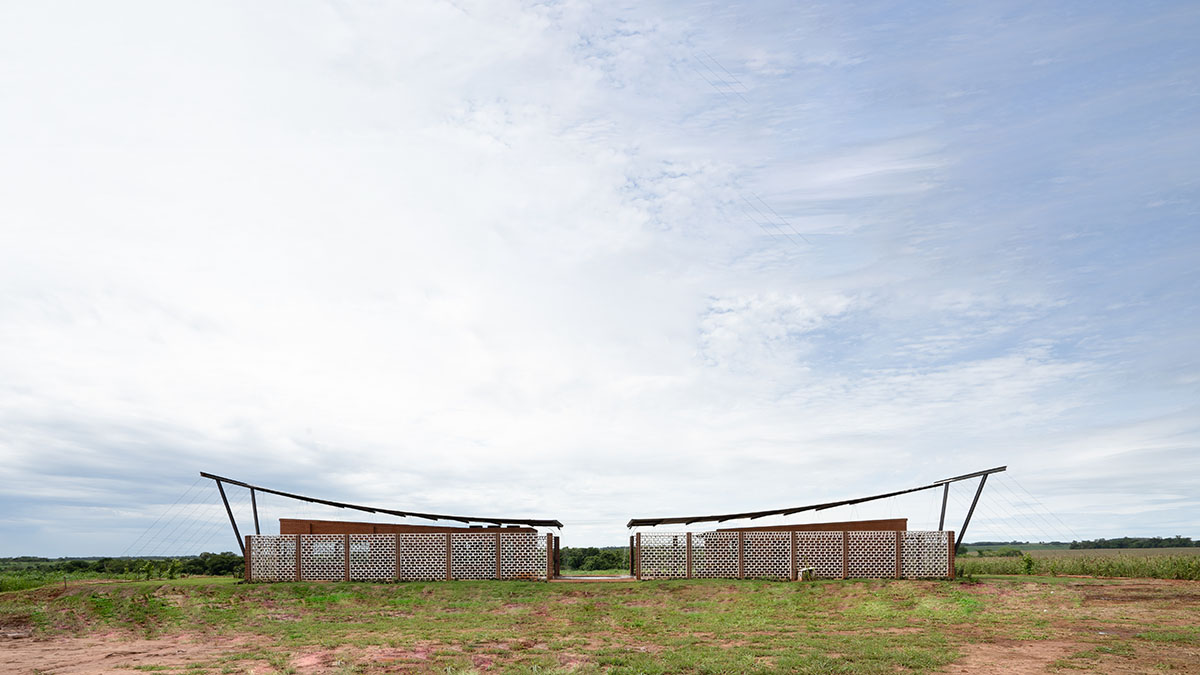 The Parasol was the fourth element of the office building. According to the studio, protection from the sun and providing the offices with privacy was the imperative need.

The landscape is understood in a different way from the inside in the proximity to the walls. From the horizon, the daily life within these transparent walls is lost in the shadows. 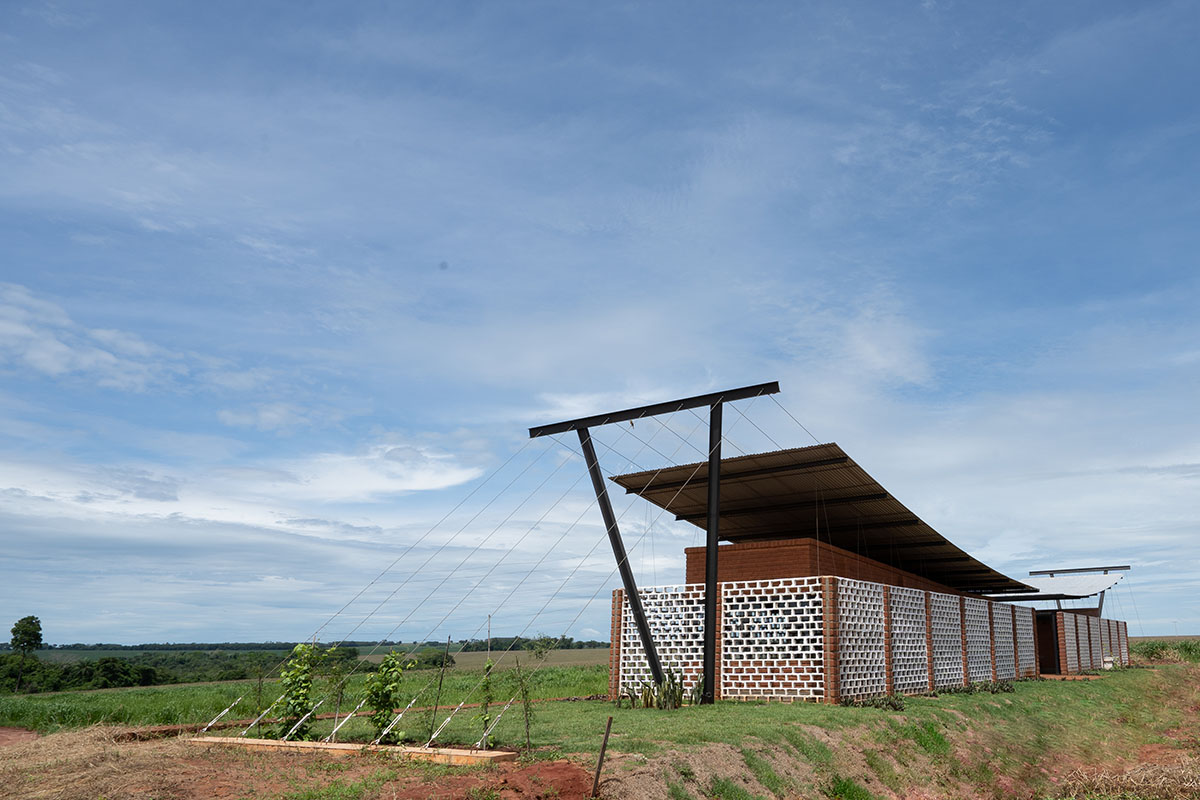 This parasol was built of the same material as the walls, of soil, but this time without cement. "This allowed us to erase it with water, leaving only the mortar lines, as would happen with the passage of time," the team added.

"Once more, the earth was returned to the ground. To life." 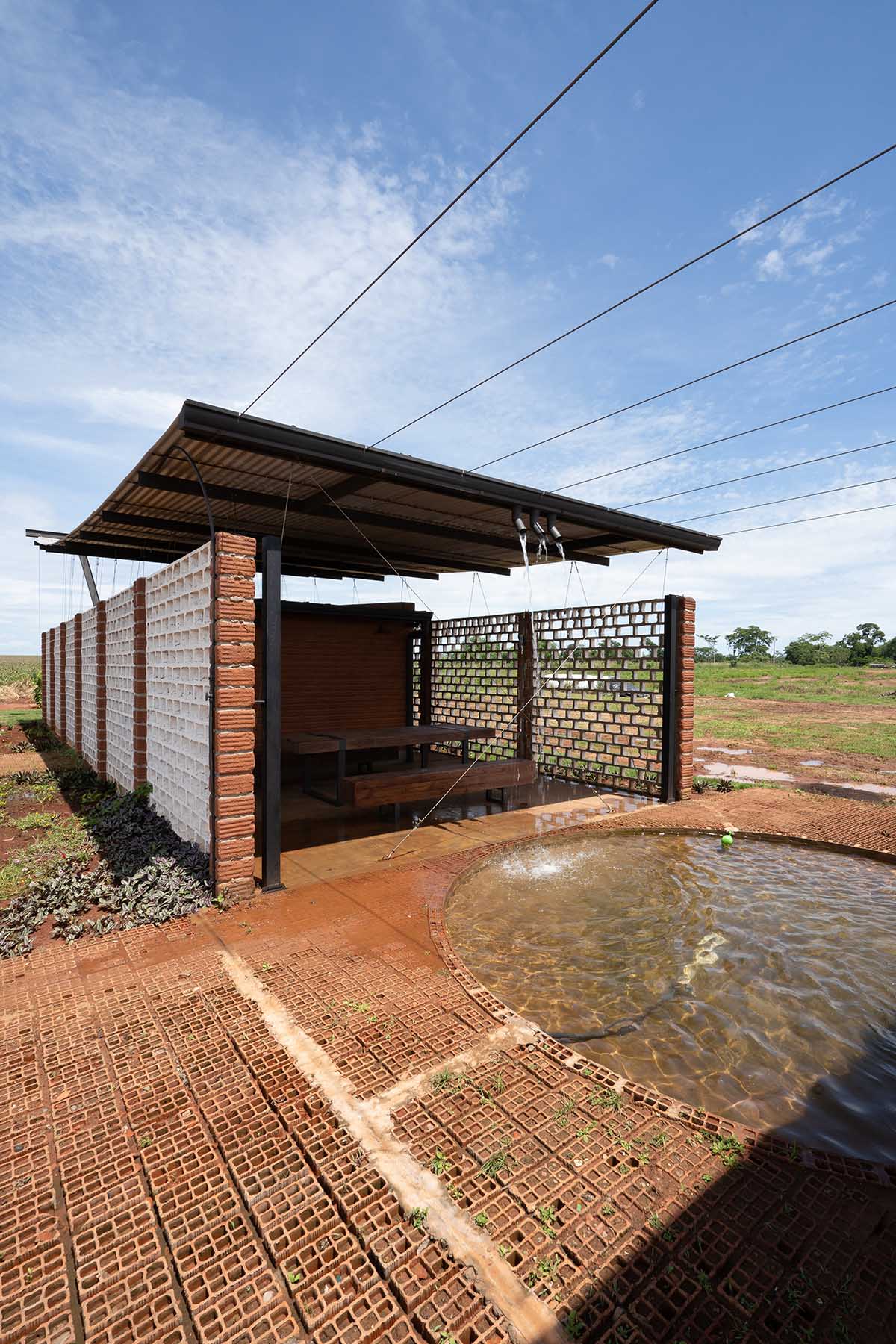 Water was the last component that needed to be considered in this process. Taking advantage of the curve of the catenary, the rainwater is collected, allowing it to be reused.

It is pumped to the highest point of the plates and then distributed, thus cooling the entire roof, in a constant circuit of microclimate generating cool and humidity for humans and plants that with the passage of time will end up taking over the whole project. 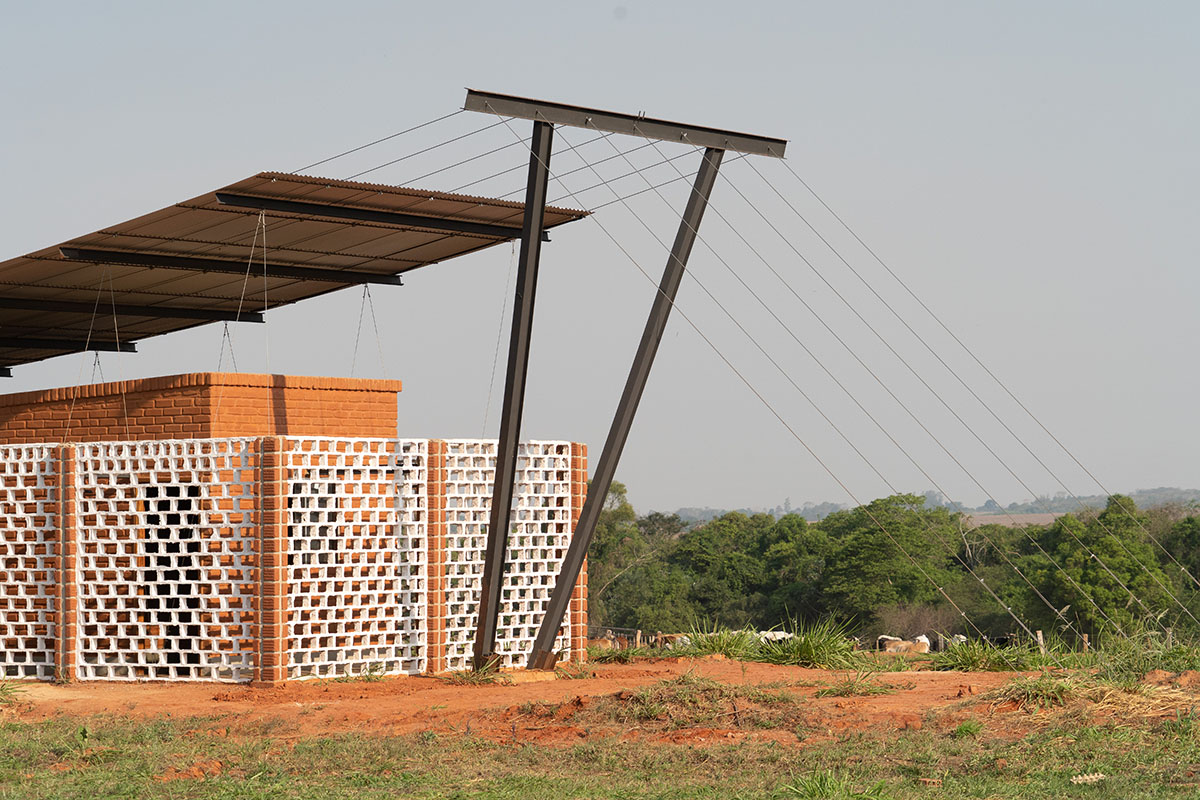 "This brief description, sincere and without much preamble is our declaration of intentions and love for the world, written in stone or bricks or rather, written in earth," the studio concluded. 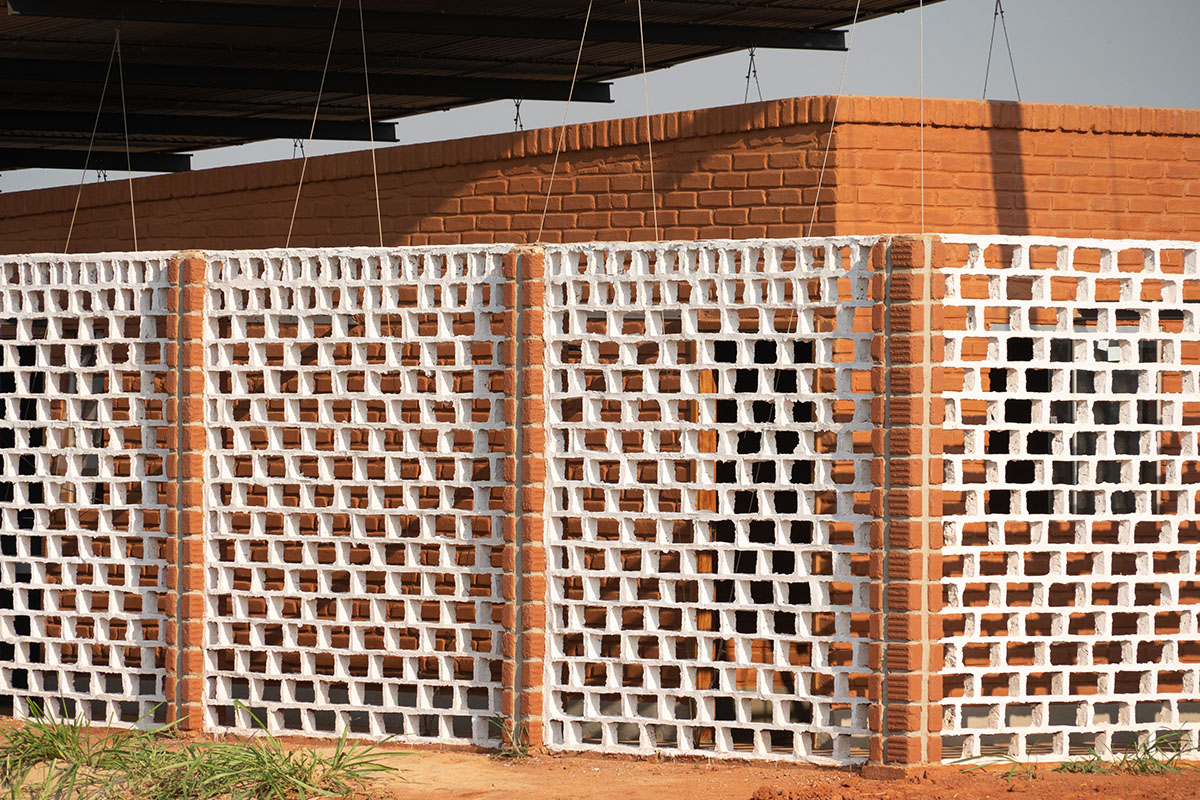 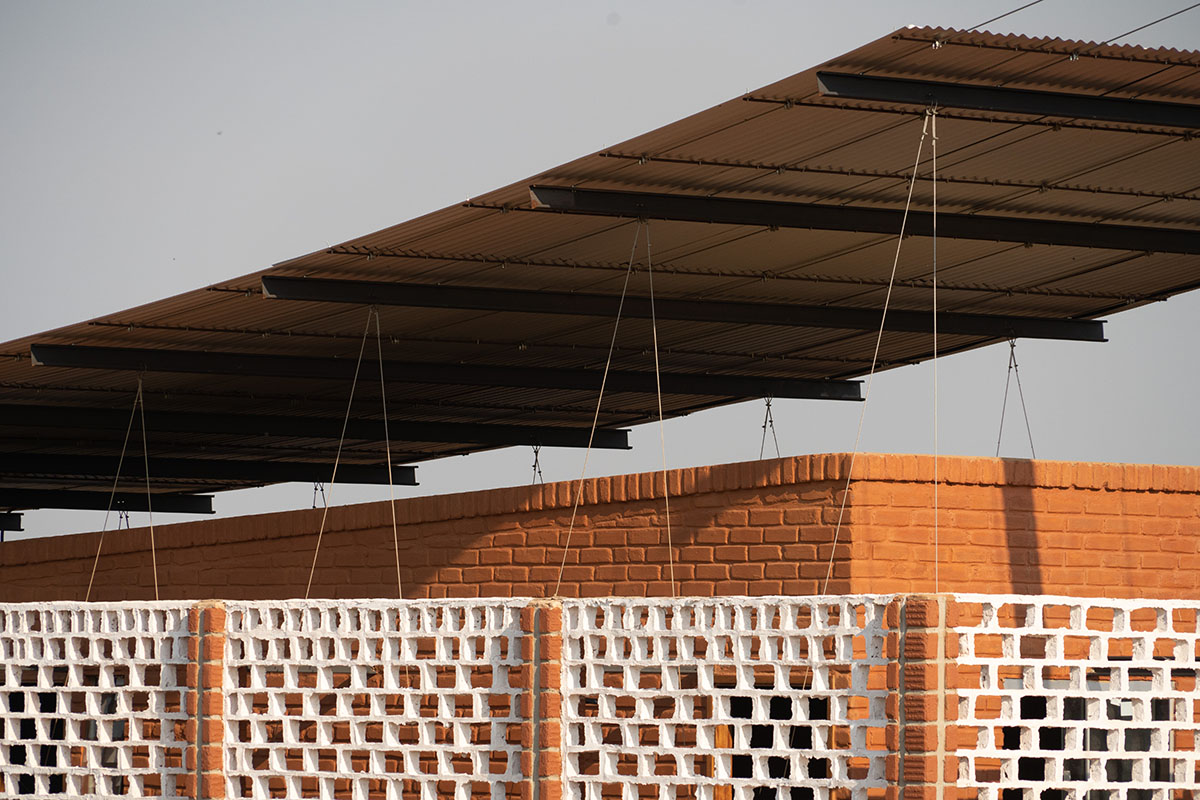 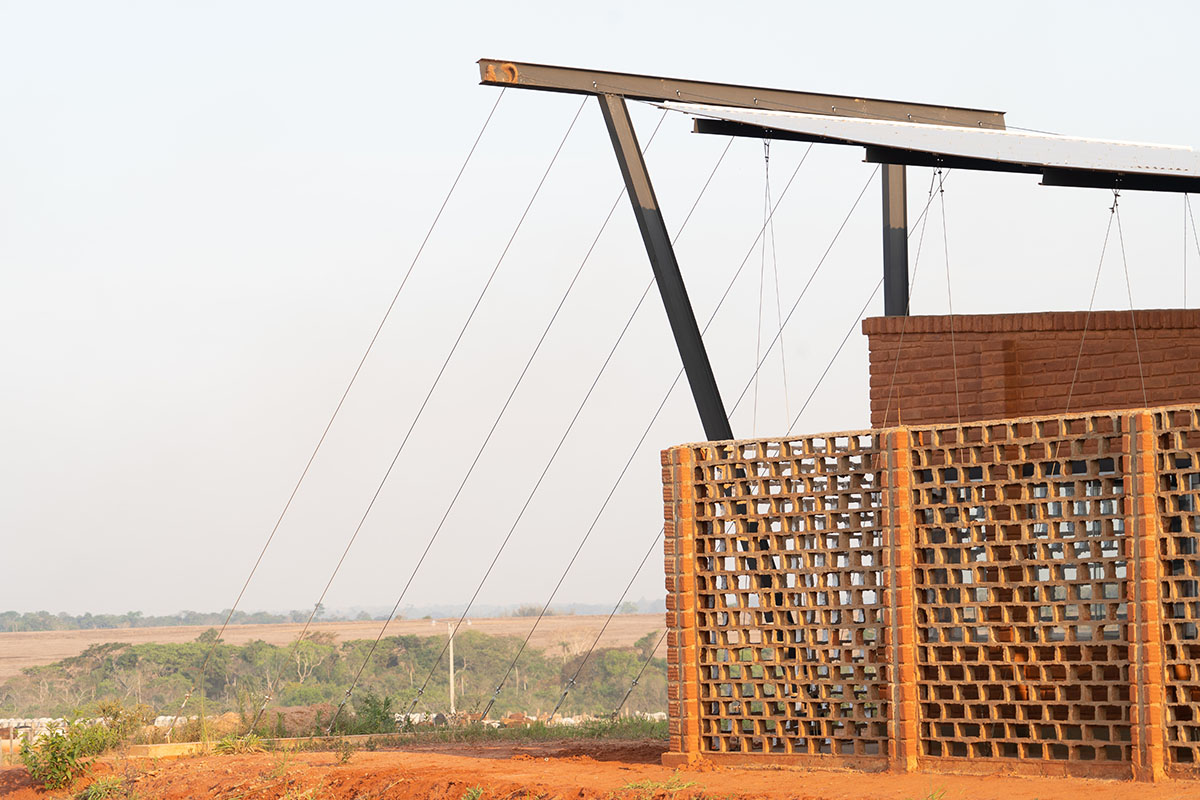 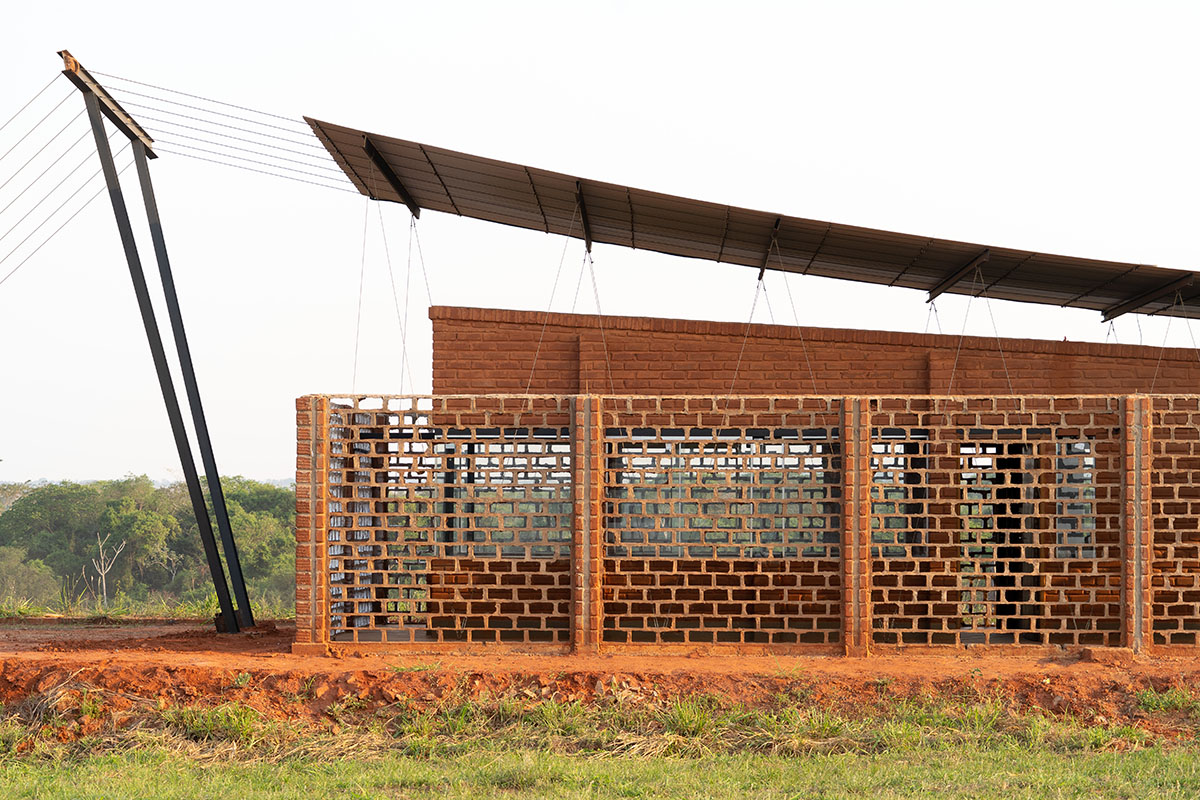 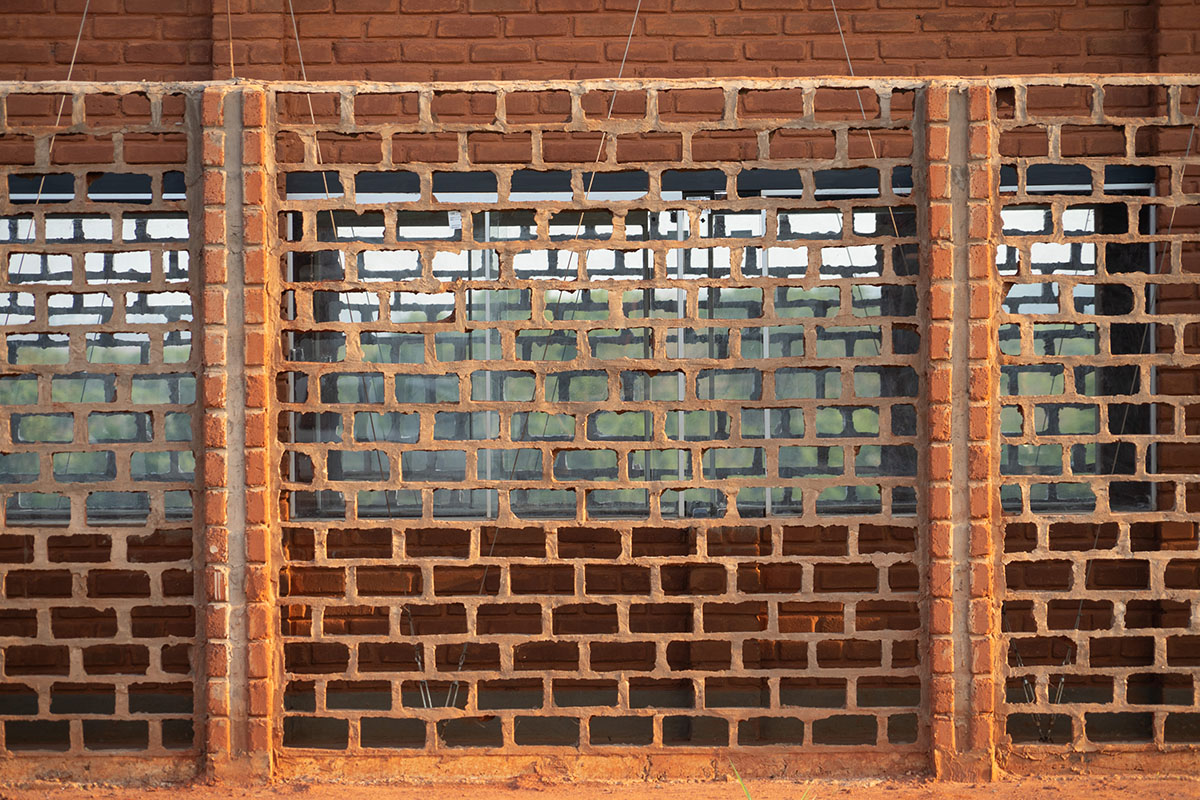 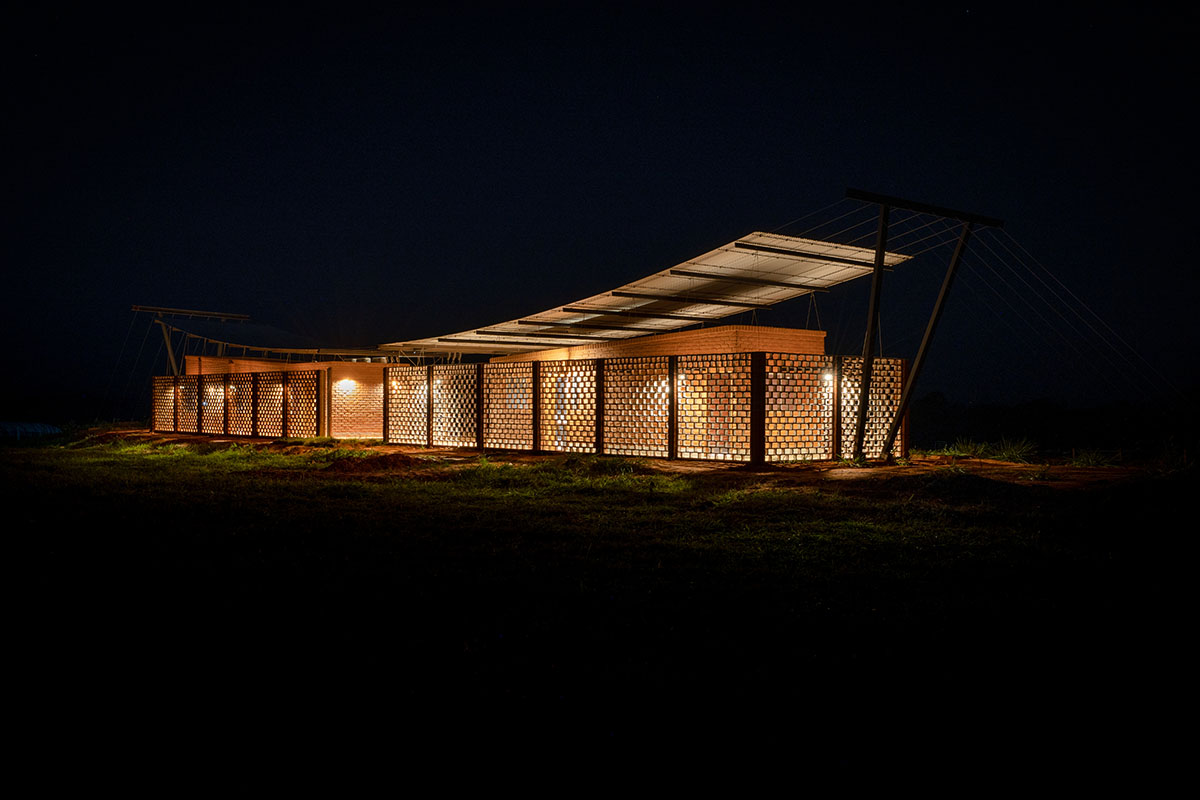 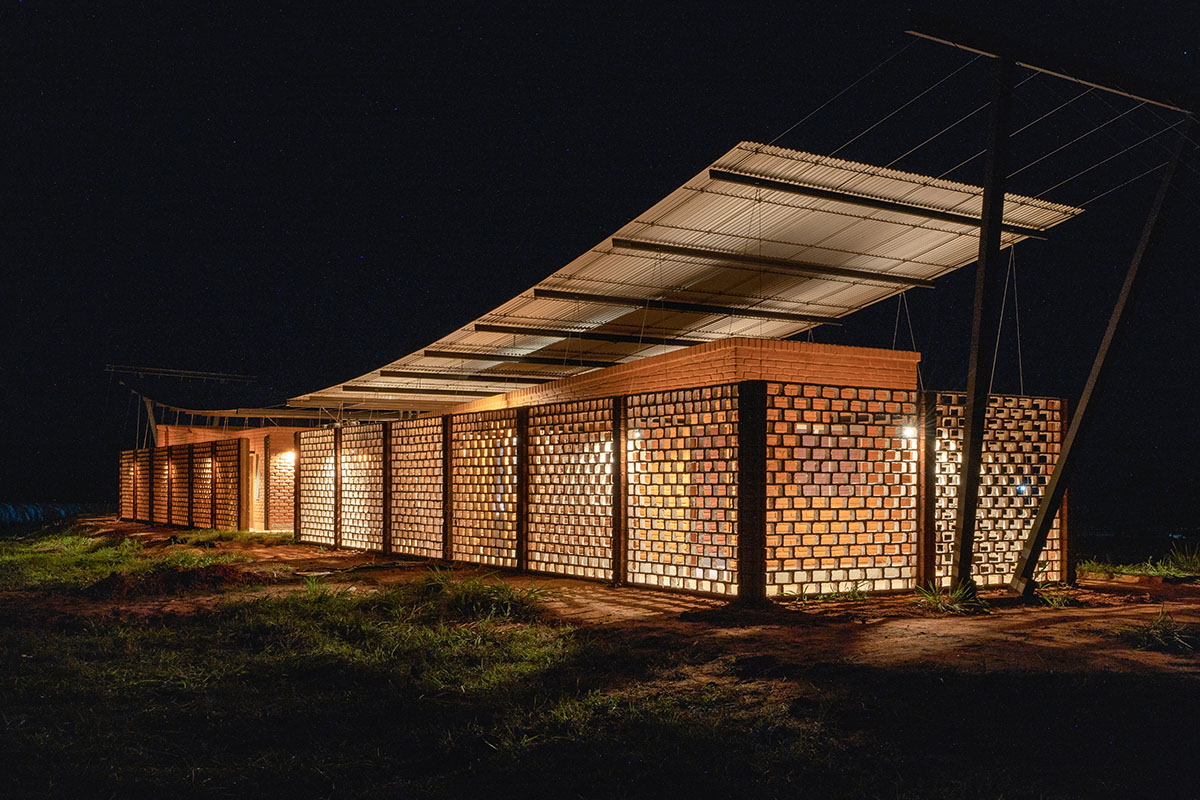 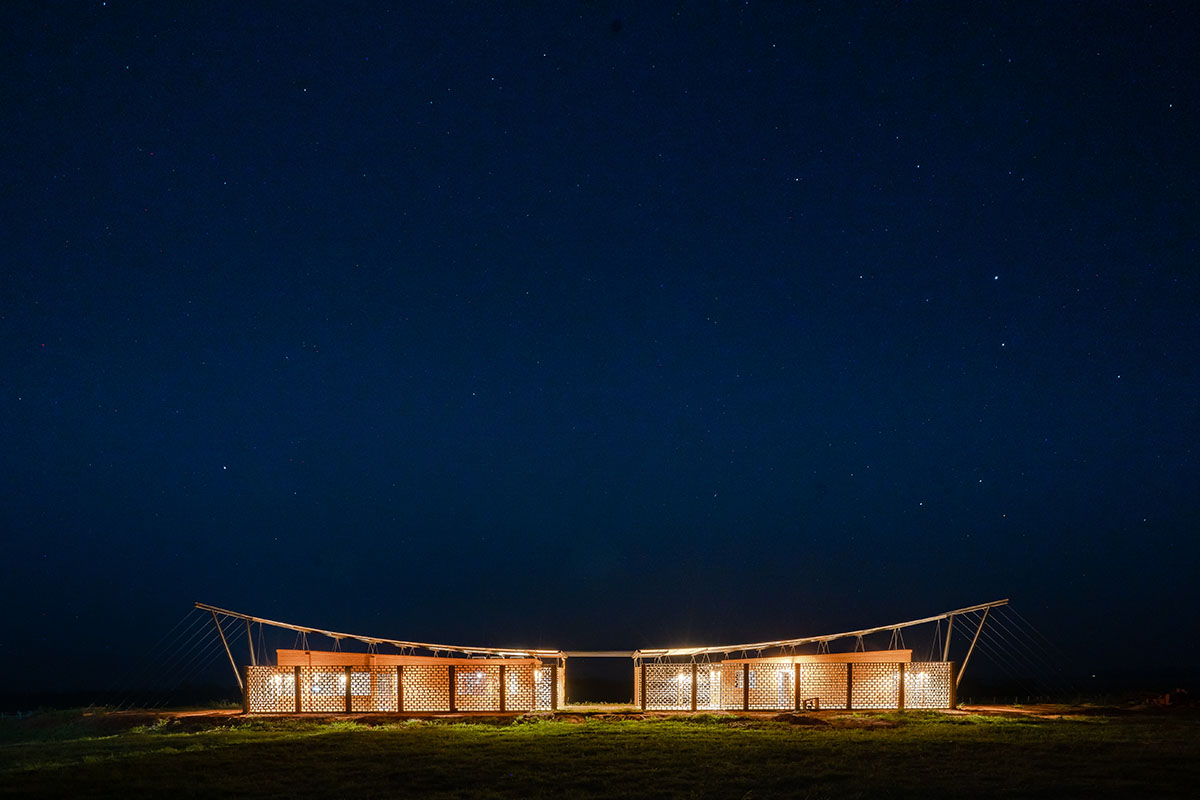 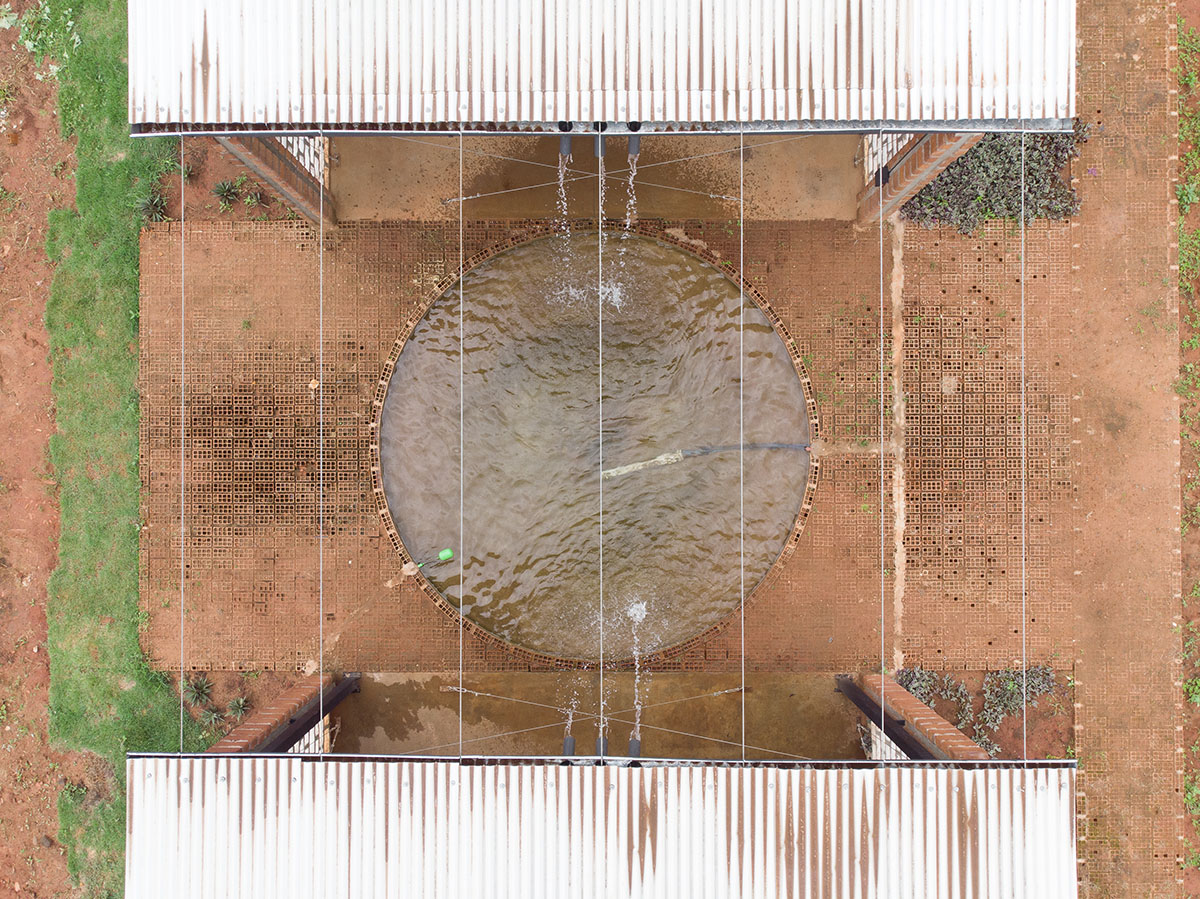 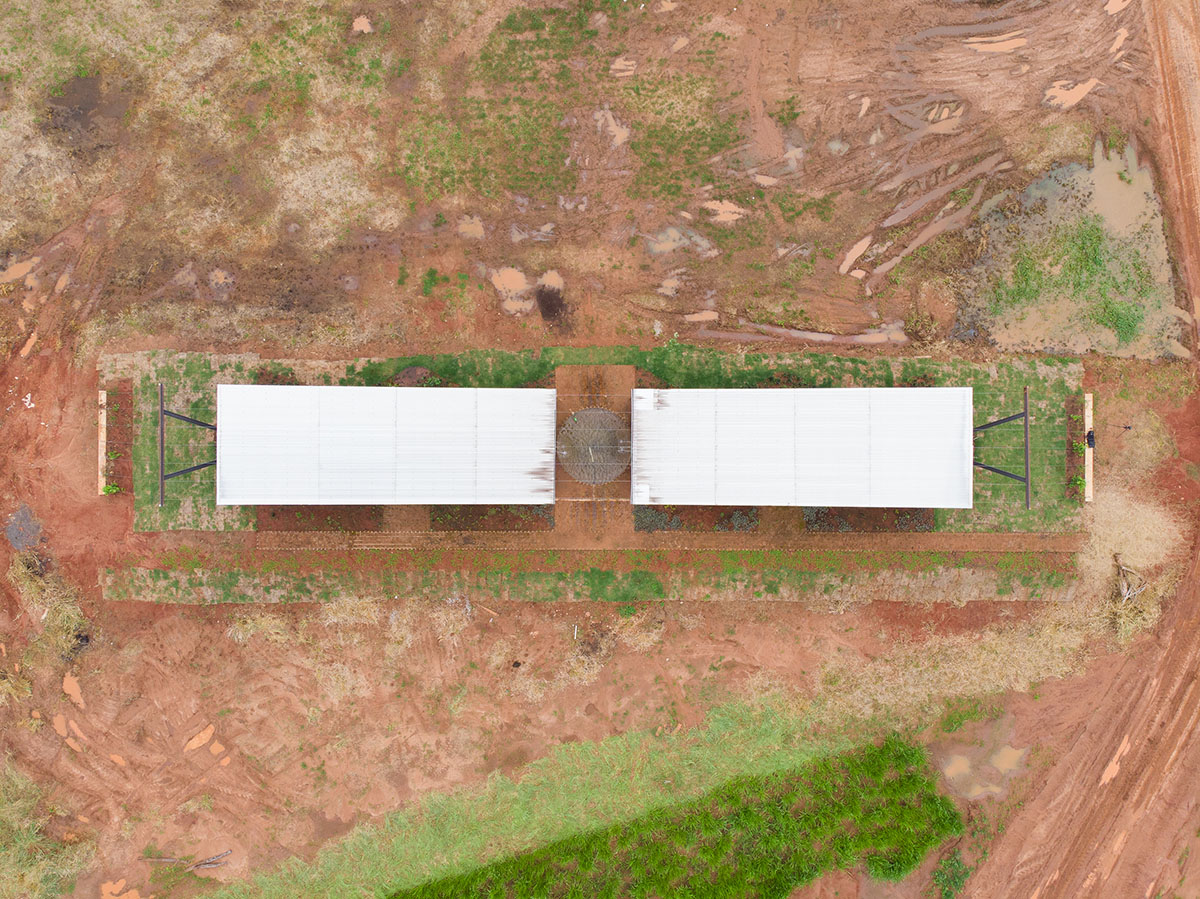 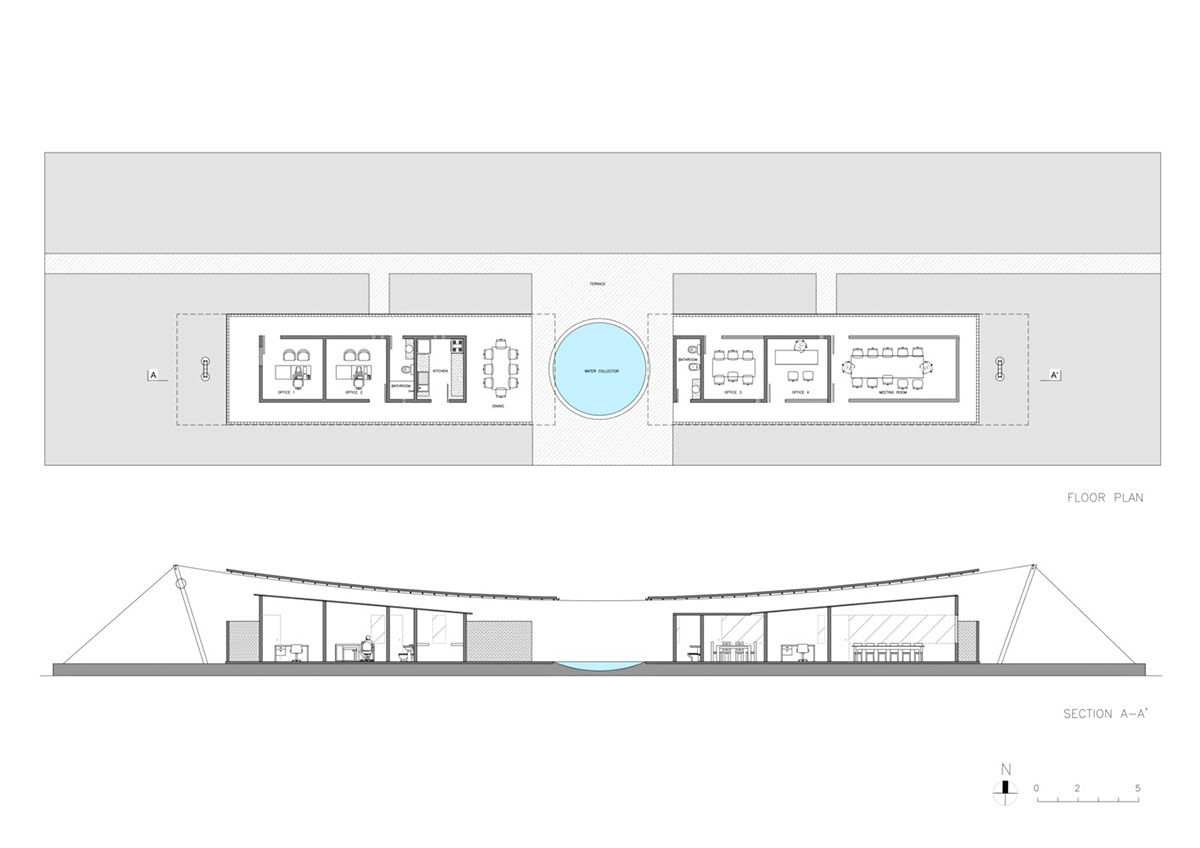