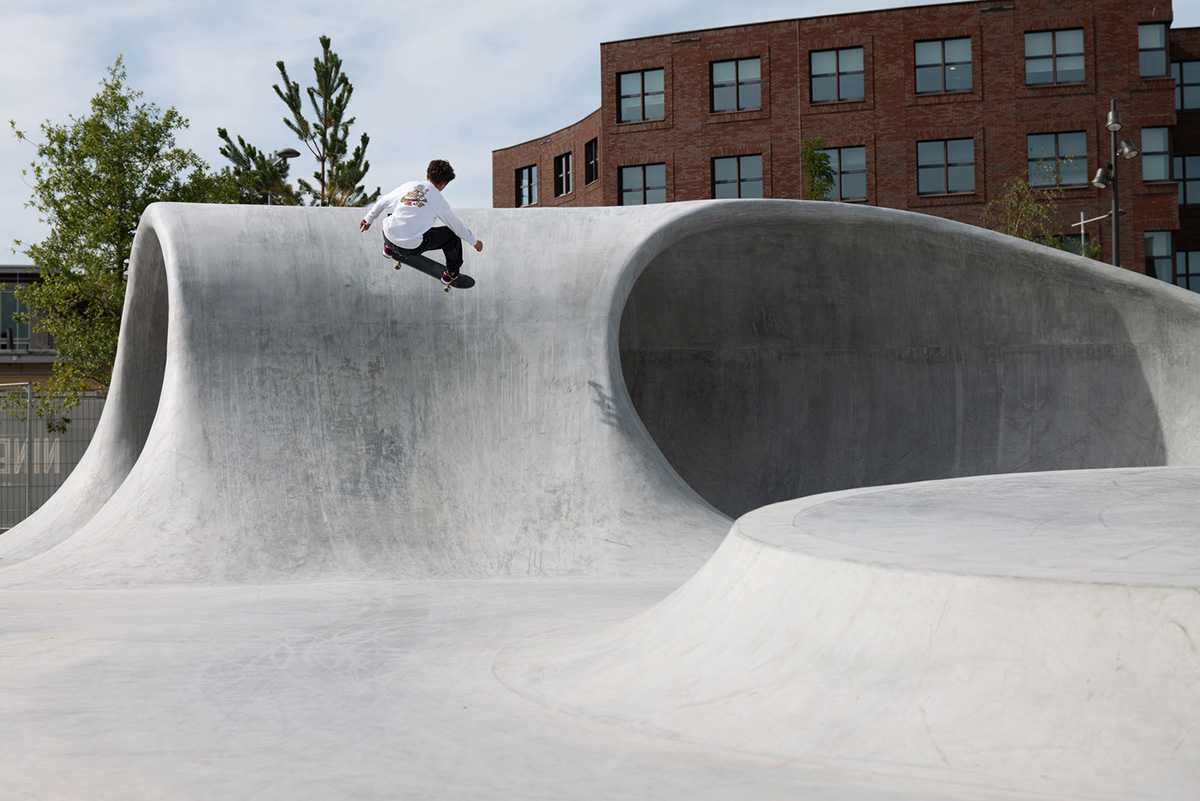 Haarlem-based architecture office F31 has revived an old square with skate-able elements and the Aalto wave in Hilversum's new skatepark in the Netherlands. 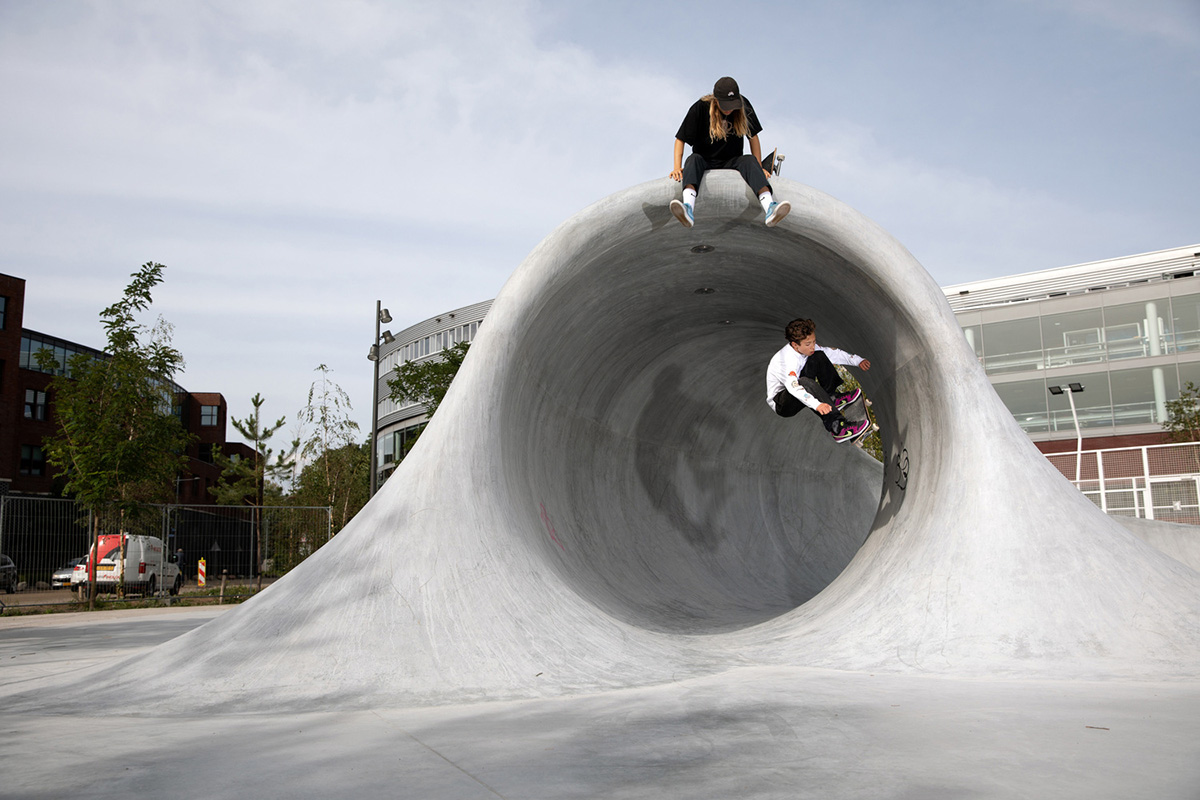 Situated on the Nike Campus in Hilversum, the architects reinterpret skateboarding different and recreate it as an active place part of the existing landscape.

As the architects emphasized, skateboarding can be done anywhere with a hard surface, skateboarders often interpret the urban environment in creative and unique ways which are personal, stylistic, and technical.

"Many traditional sports typically operate within a set of rules on a regulated ‘court’," said F31. 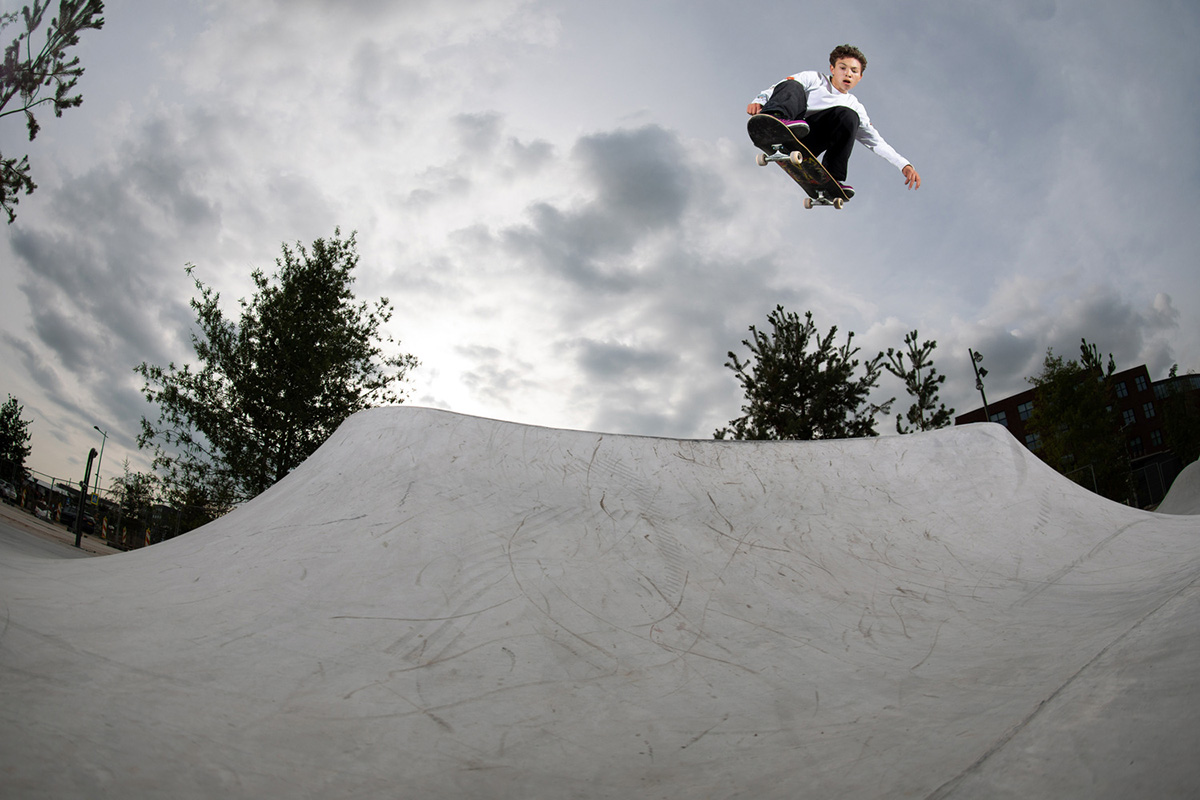 In the new landscape, the architects have reinterpreted the Aalto wave as the centerpiece of design. The team characterized the area by its authentic and inviting appearance, designed to stimulate skateboarders’ creativity.

"The Nike skate landscape is an authentic and inclusive location specially designed to provide skateboarders with a stimulating creative canvas," said the architects. 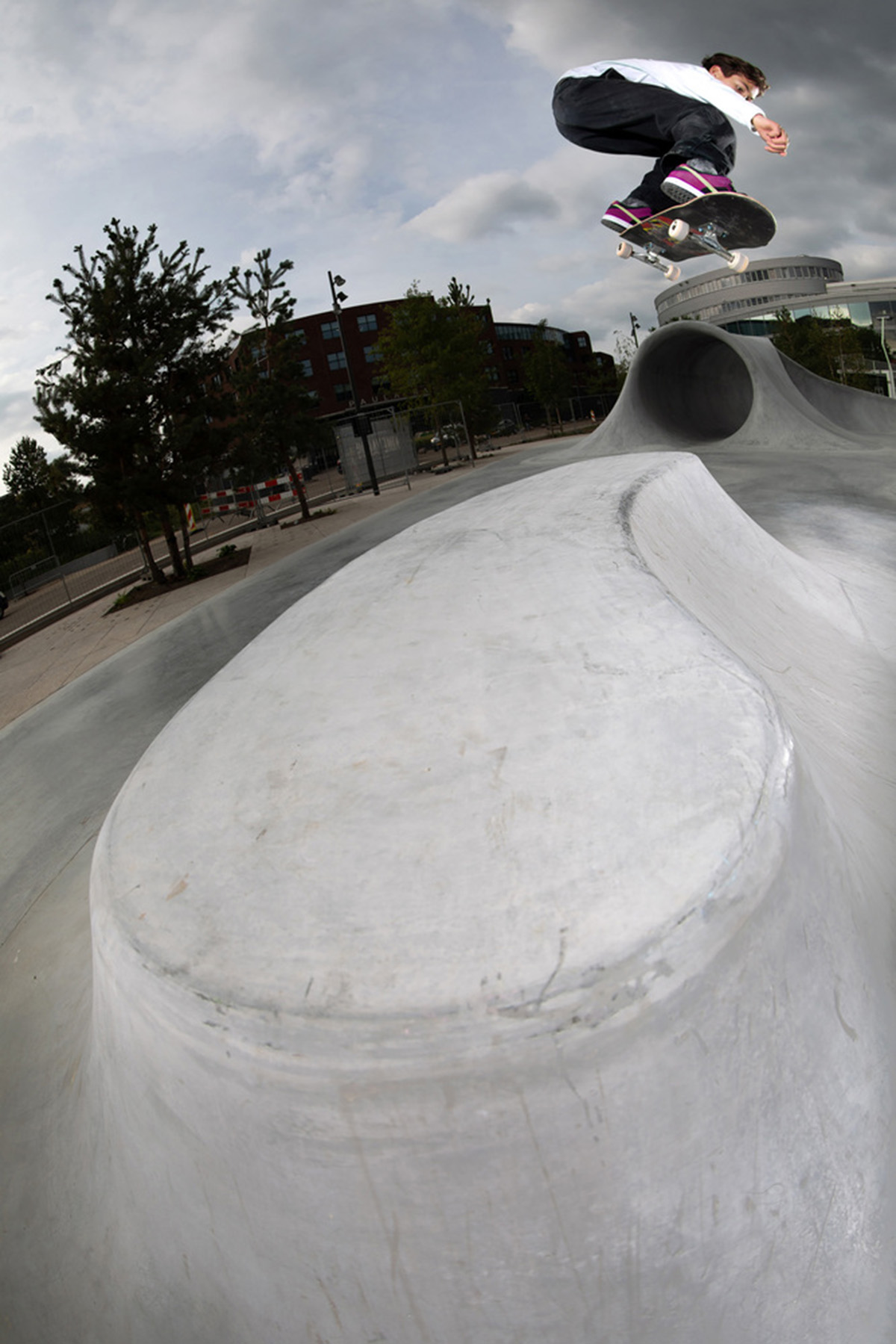 "This new kind of hybrid zone is inviting for all users and is a progressive approach to public space, leaving a legacy for others to follow." 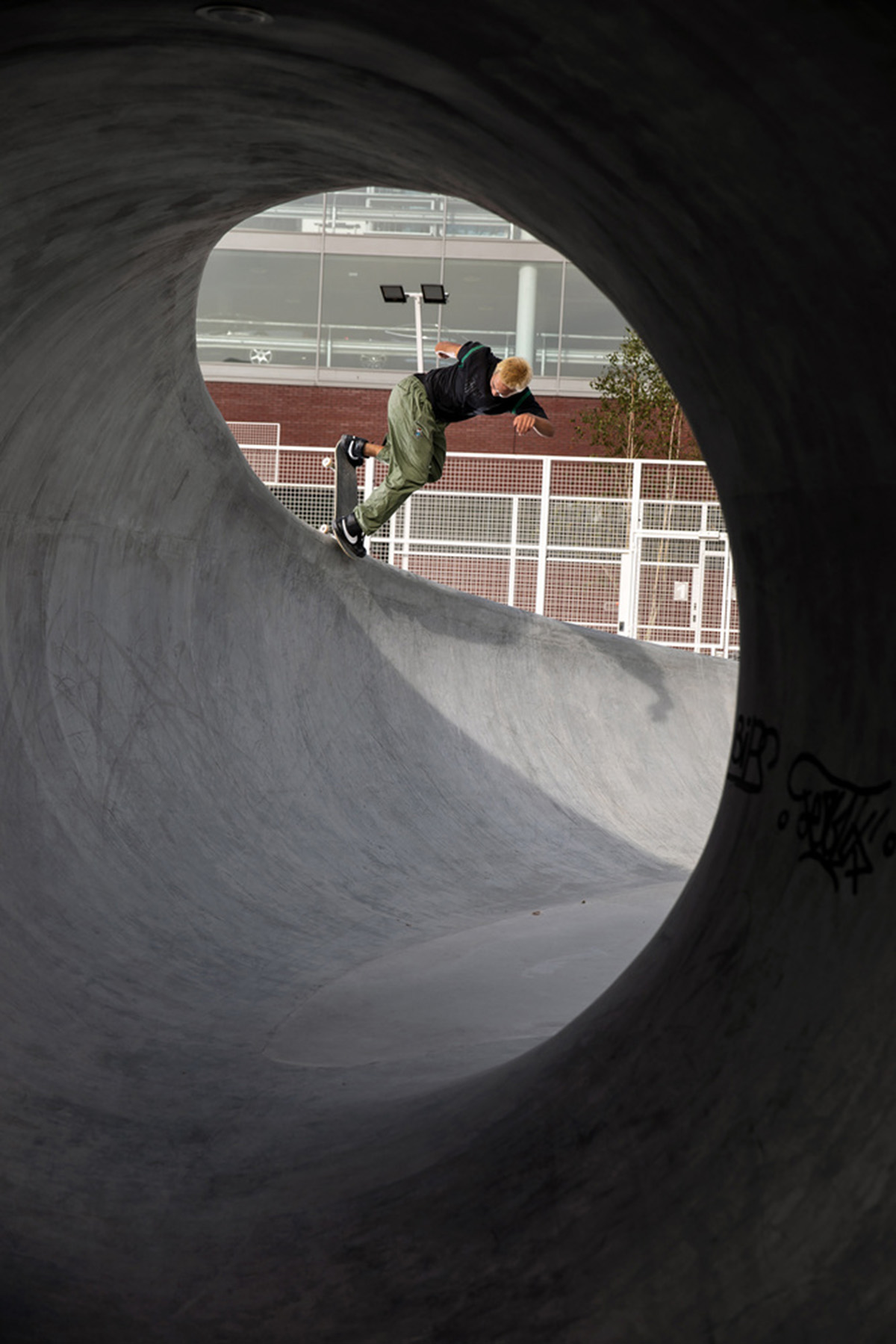 Described as "a skate landscape" because of its combination between traditional and skateboard architecture, the skate landscape is aimed to act as a public space that incorporates various skate-able elements that are based on topologies that have shaped skateboarding over the past decades, and as such, create a new paradigm in landscape architecture. 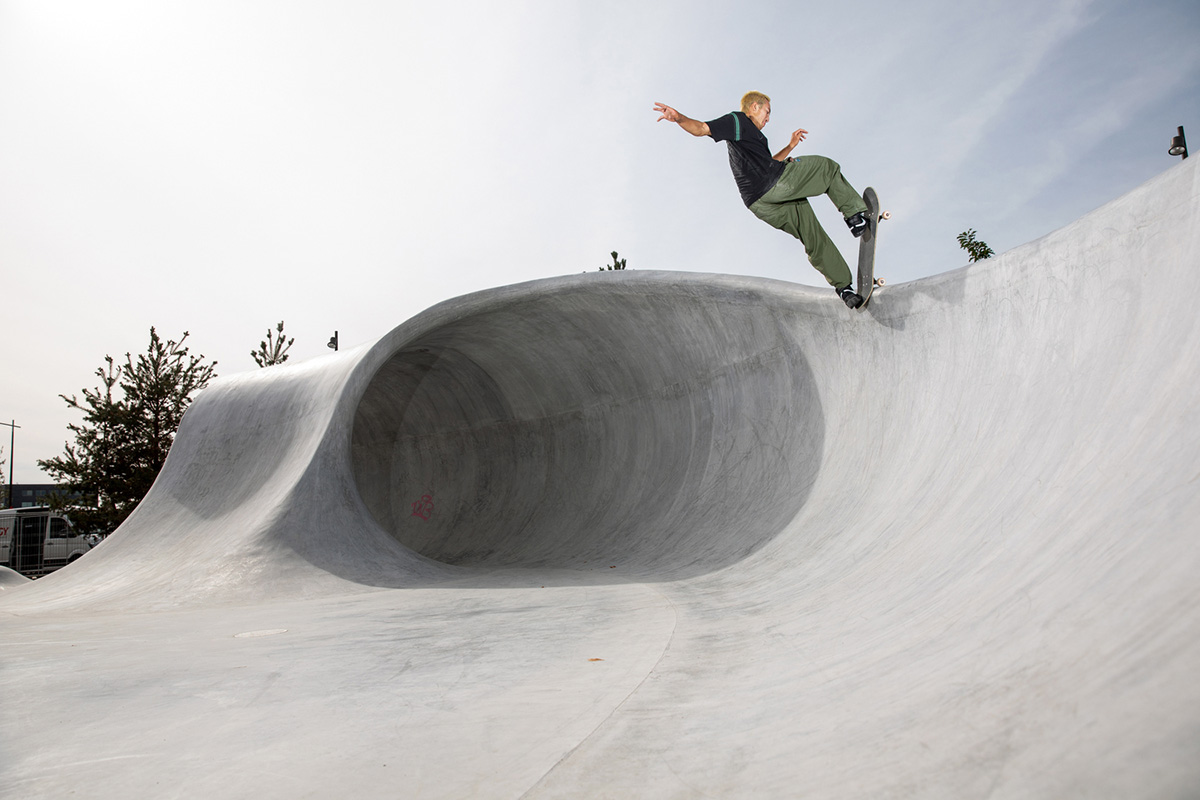 "The Aalto sculpture is the centerpiece and an iteration of Rich Holland’s installation in the Kiasma museum of modern art - The form of the ‘kidney blobs’ is inspired by Alvar Aalto’s seminal 1939 Villa Mairea in Noormarkku, Finland, which features the world's first kidney-shaped swimming pool," said the office.

"According to Avery Trufelman @ 99% invisible (Episode 370) this inspired a whole stream of bowls in California that were skated on by the early pioneers of skateboarding. Essentially, the negative space of such bowls is the form of the Kidney Blobs. The hat dish is inspired by a public sculpture in Israel’s Plaza in Copenhagen (Cobe + Sweco)." 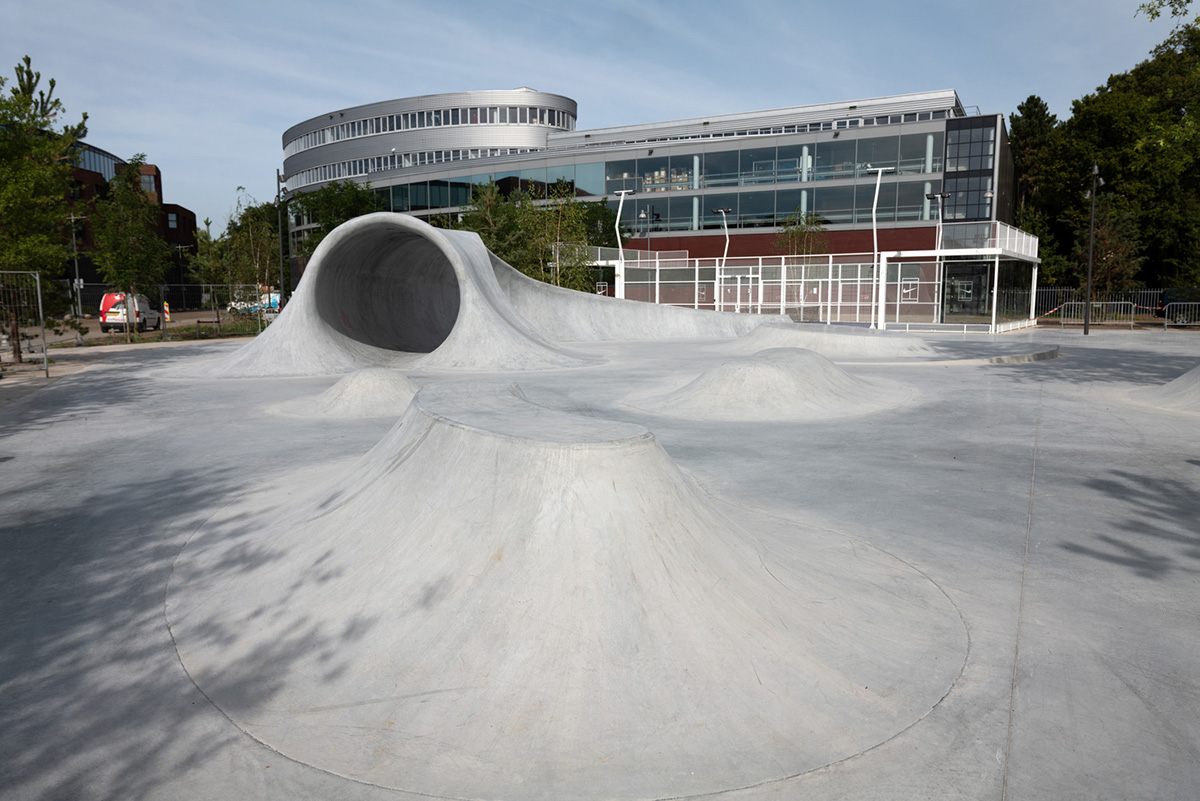 According to the team, the skate landscape is a continuation of exploration on how skateboarding can be intertwined into our cities. It is in contrast to fenced or segregated skateparks, skate plazas, and the idea that skateboarding should be done in a specific enclosed space. The landscape is freely accessible daily. 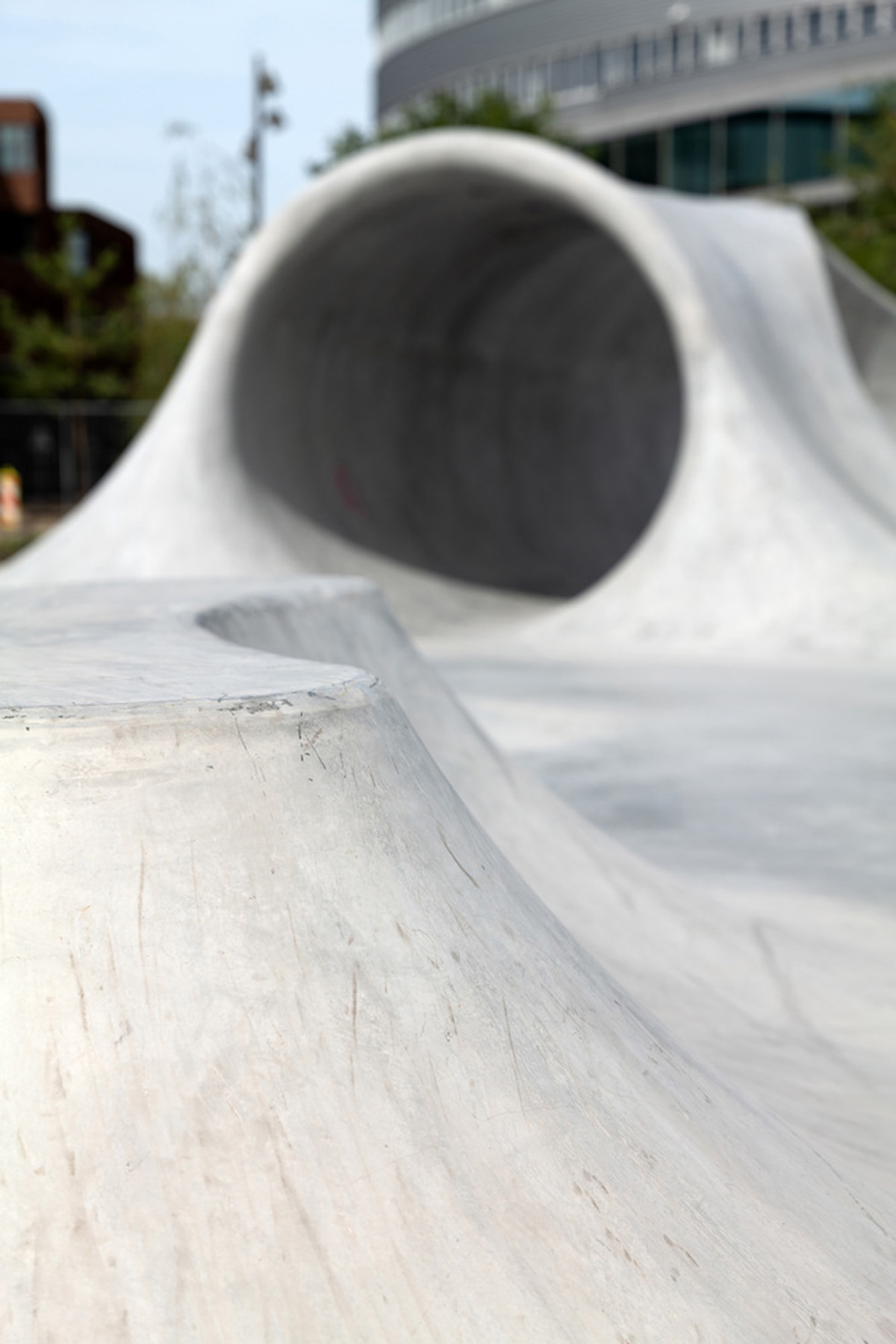 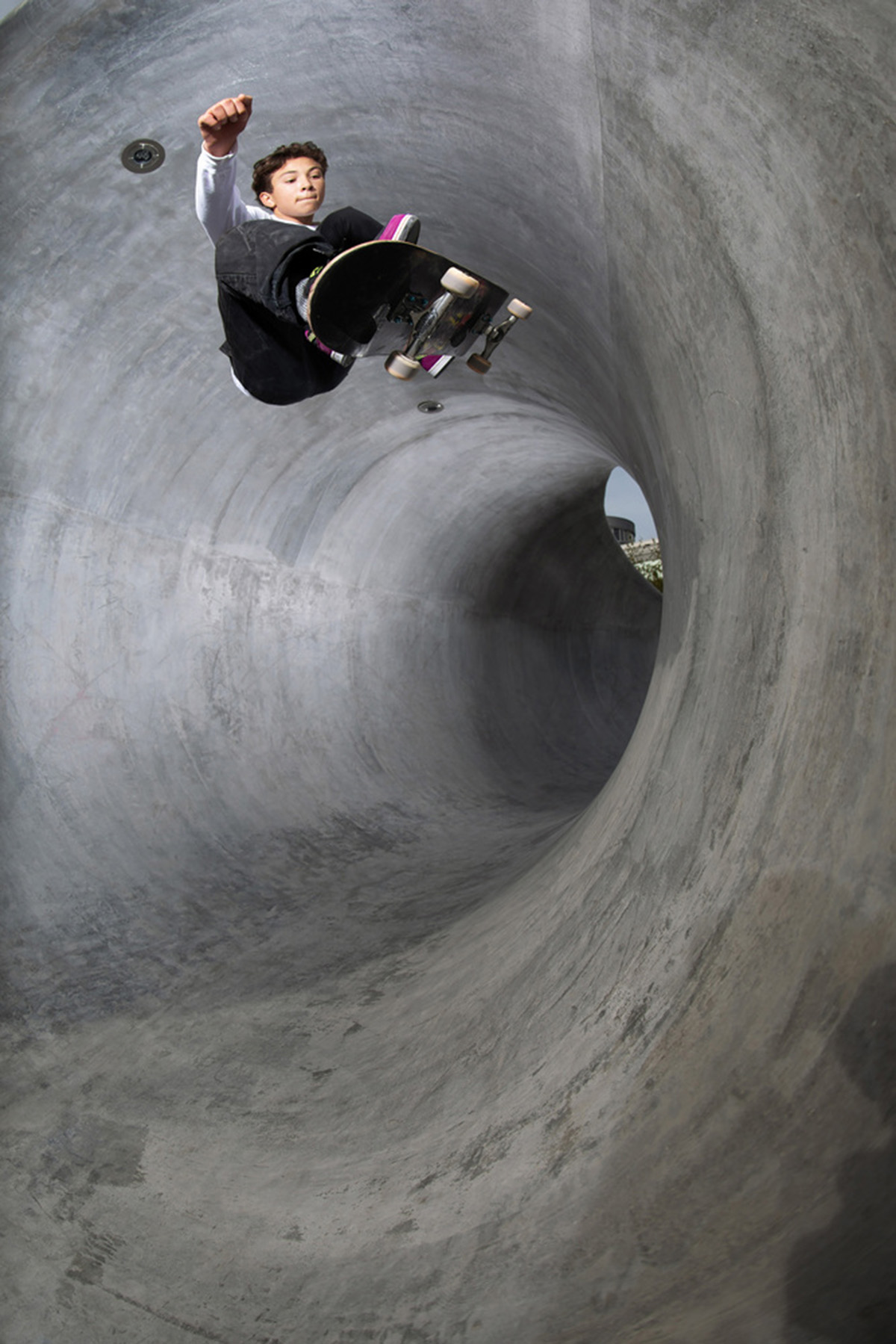 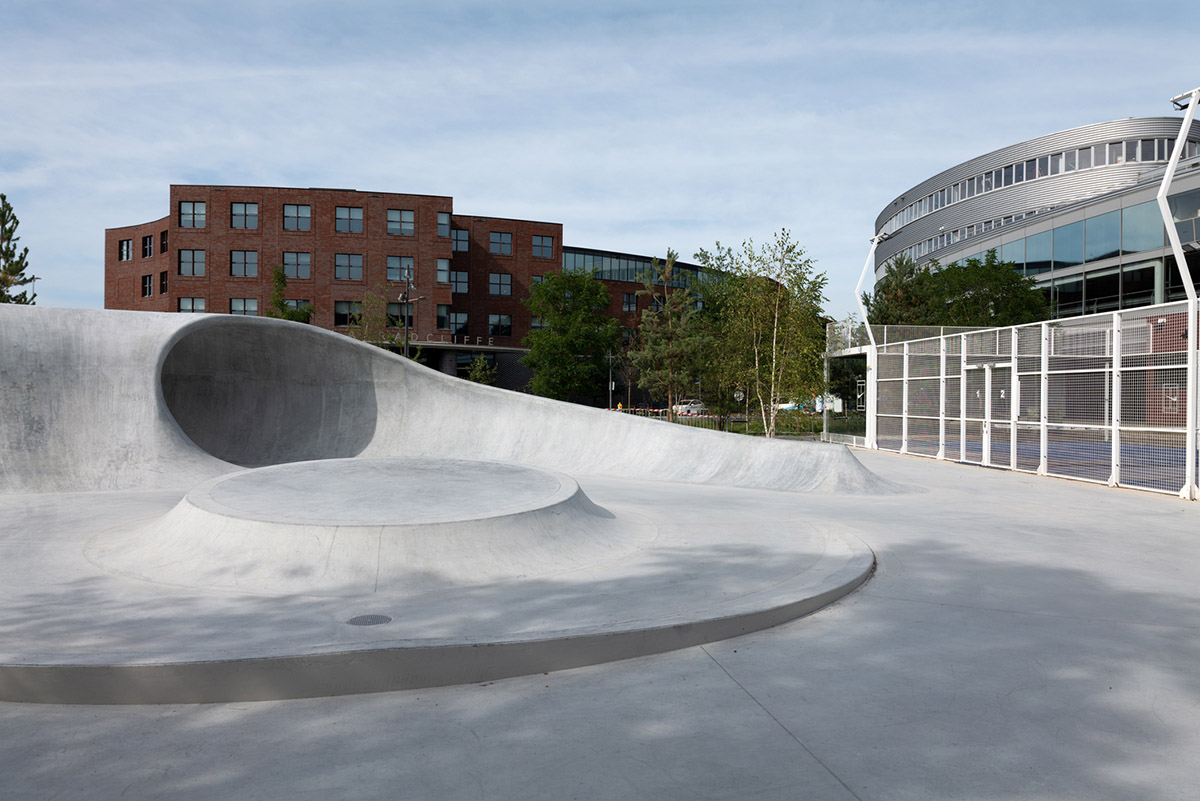 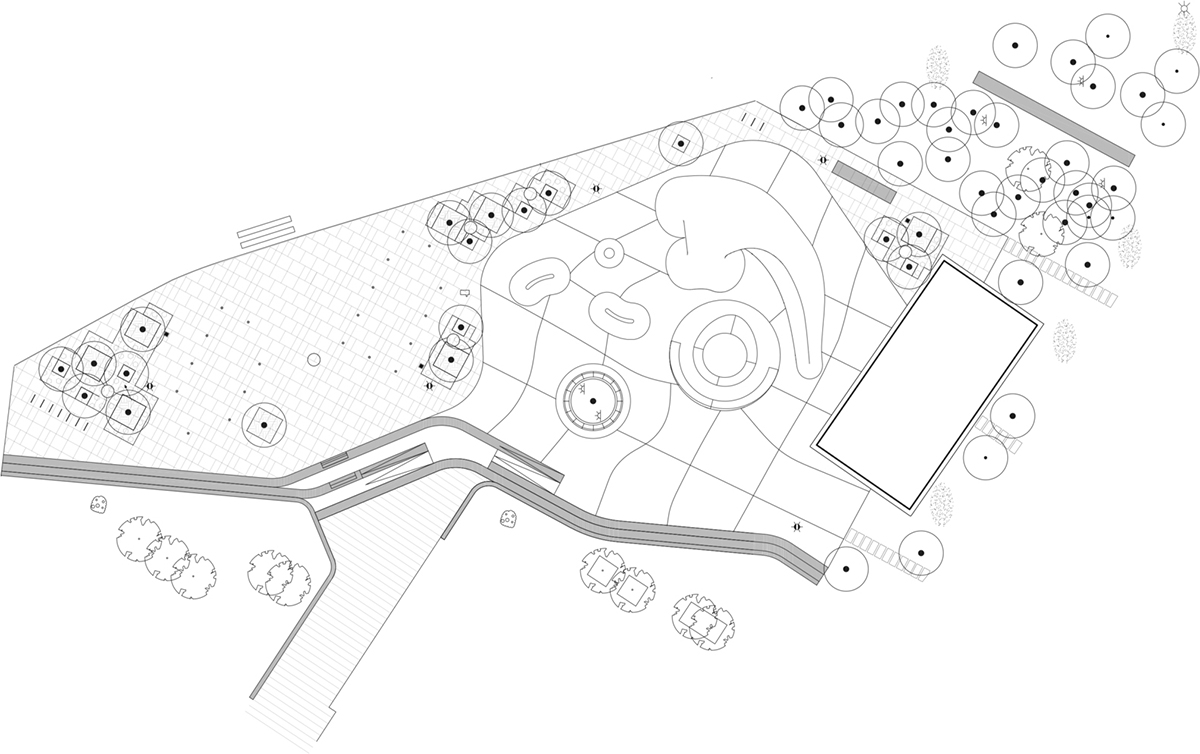 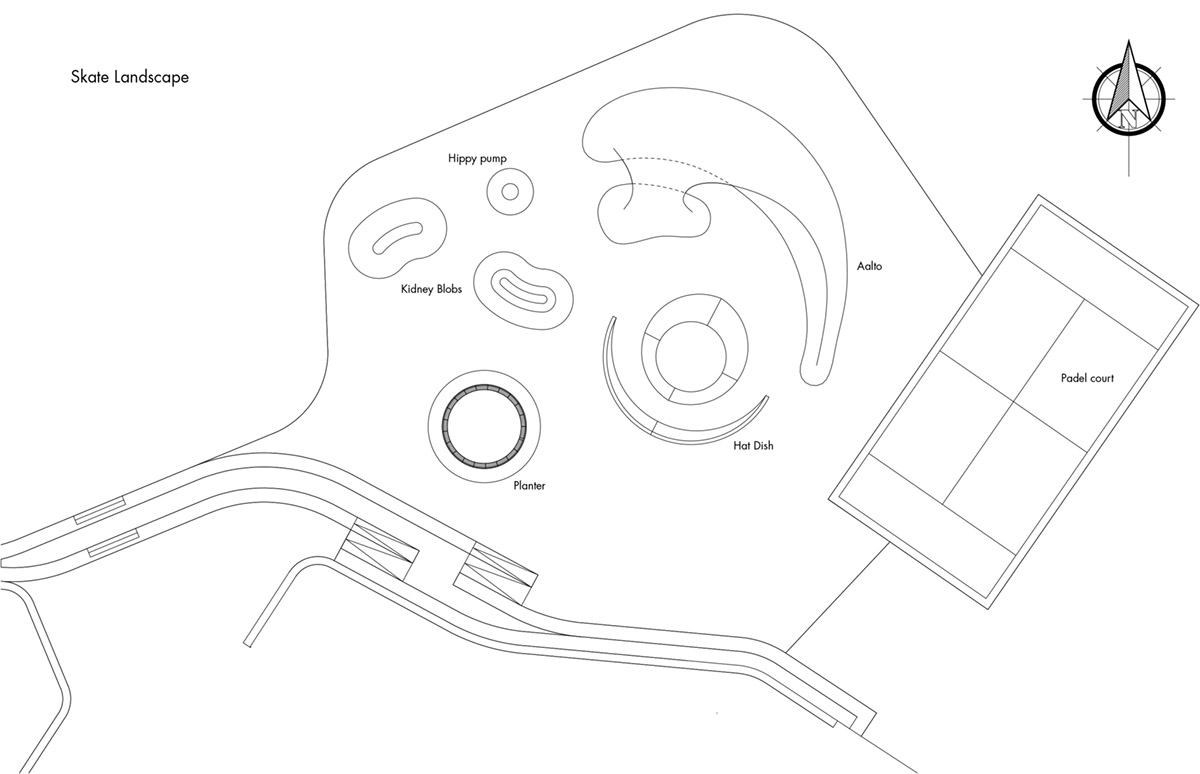 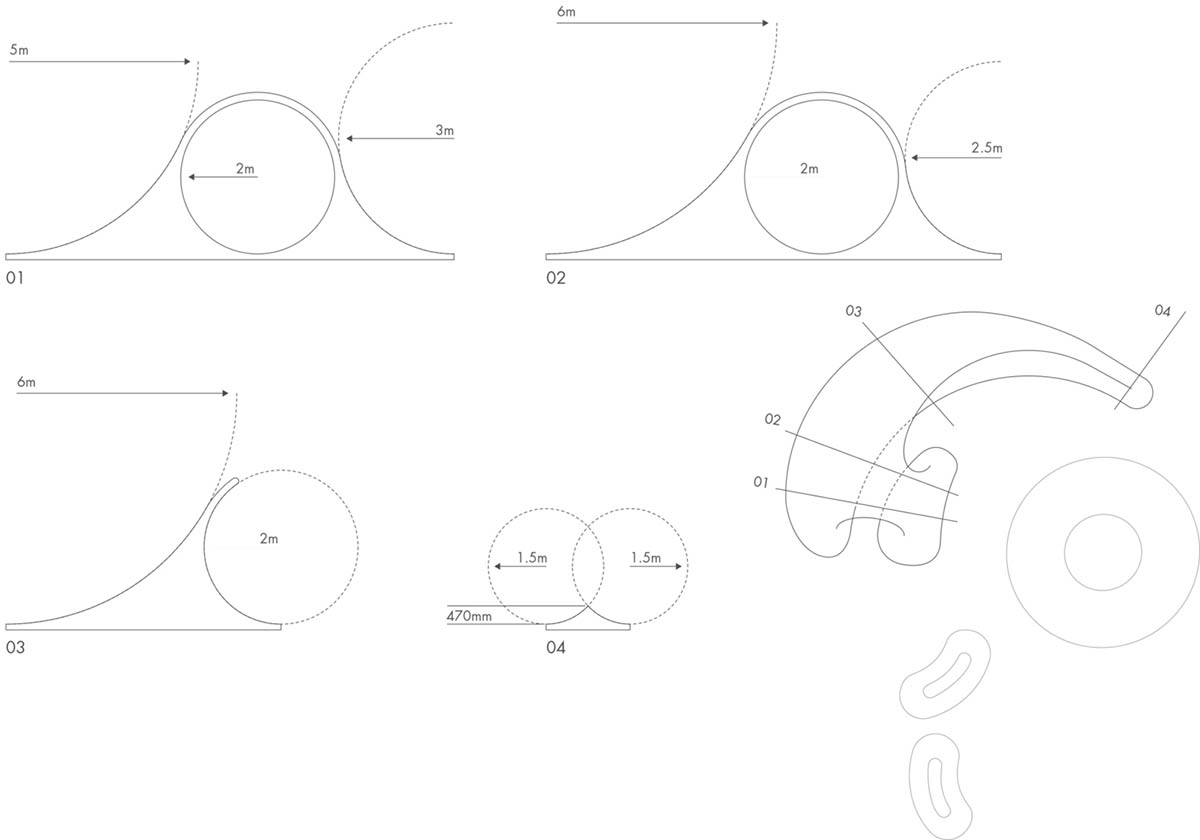 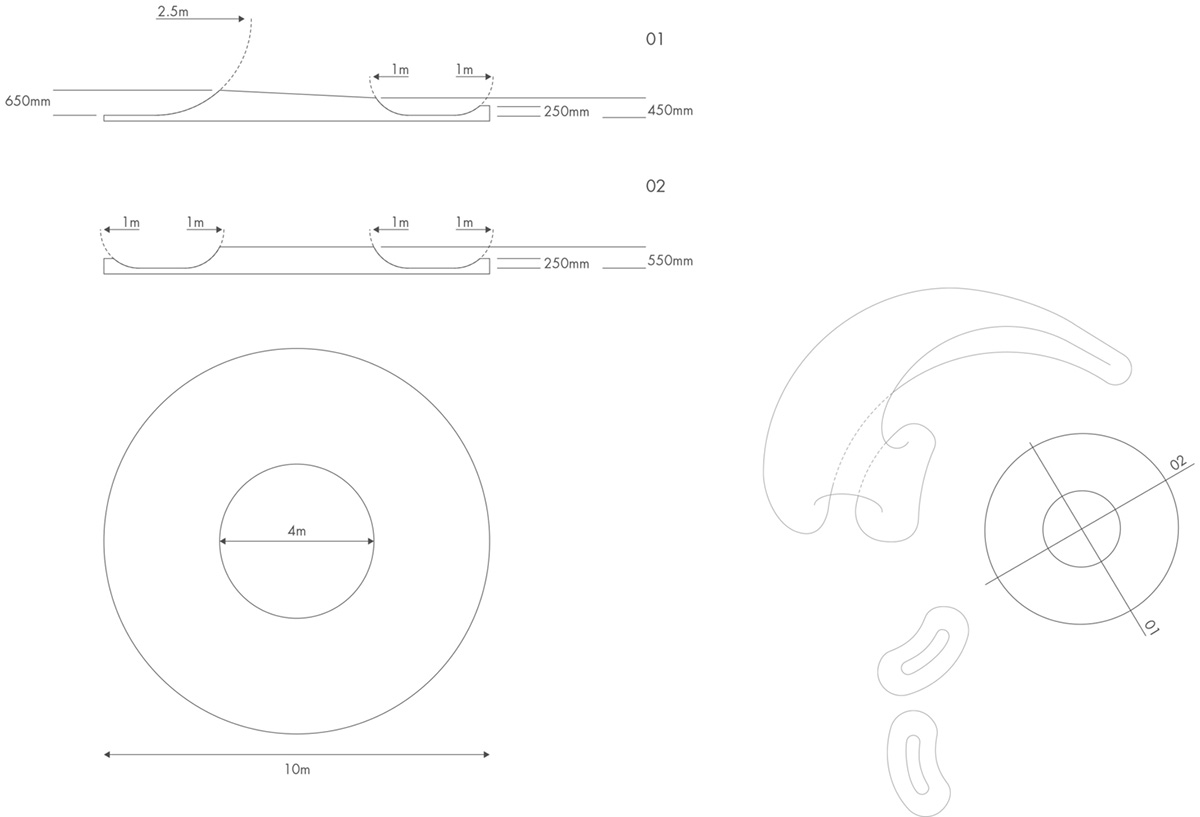 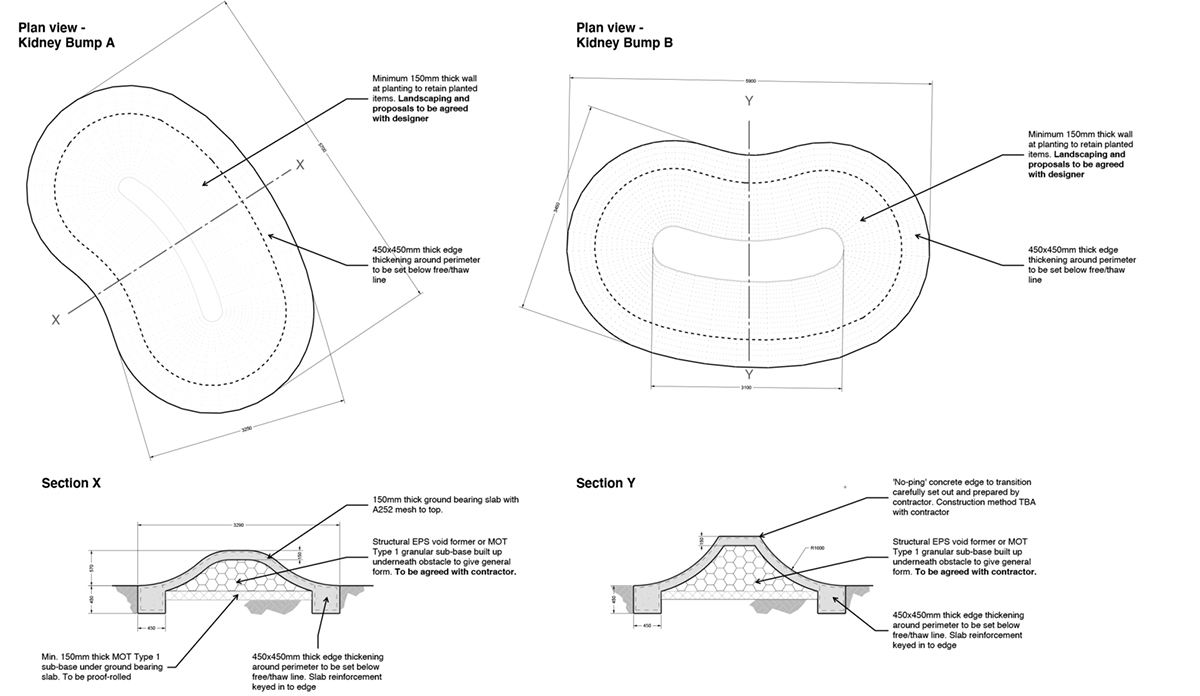 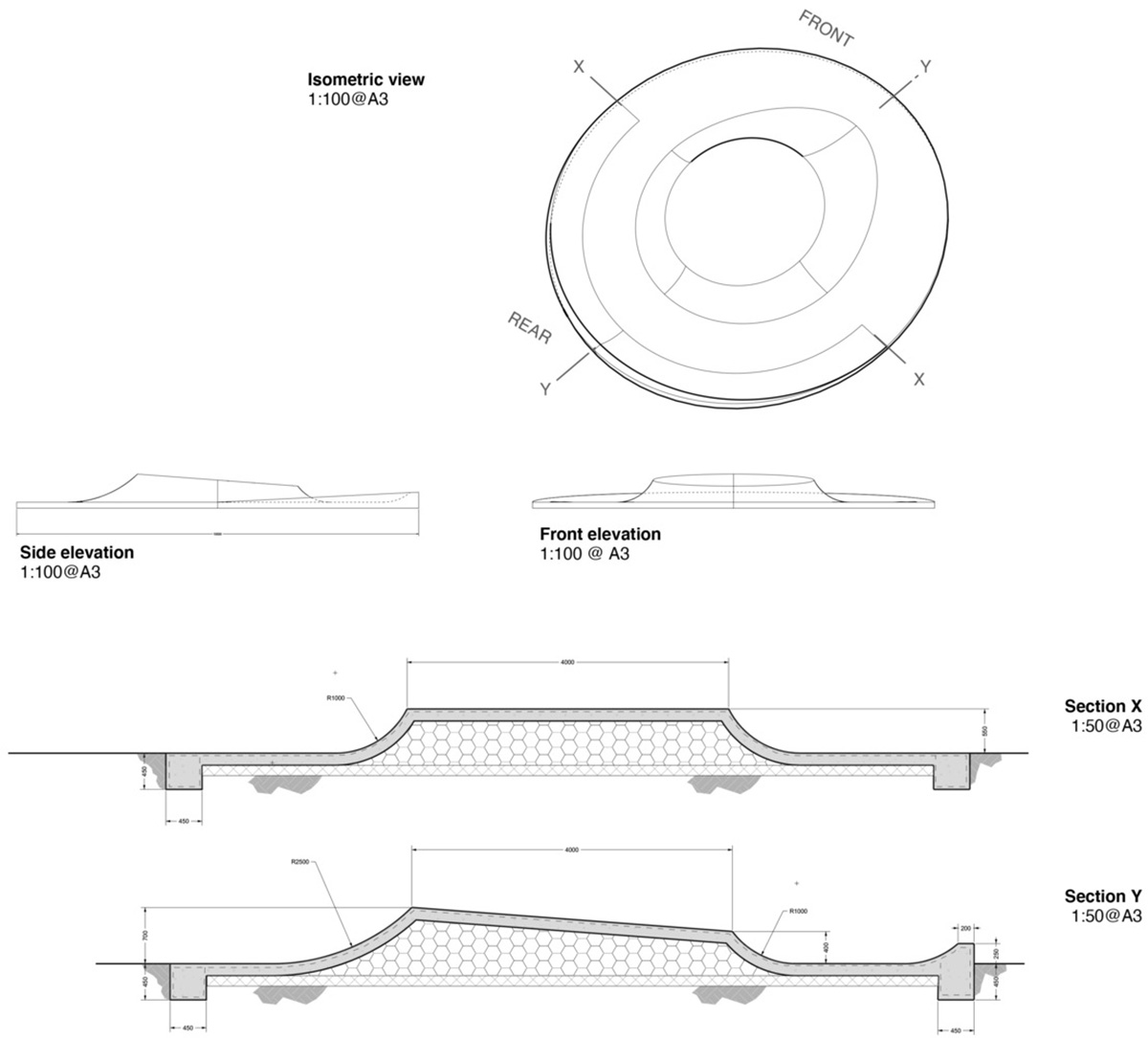 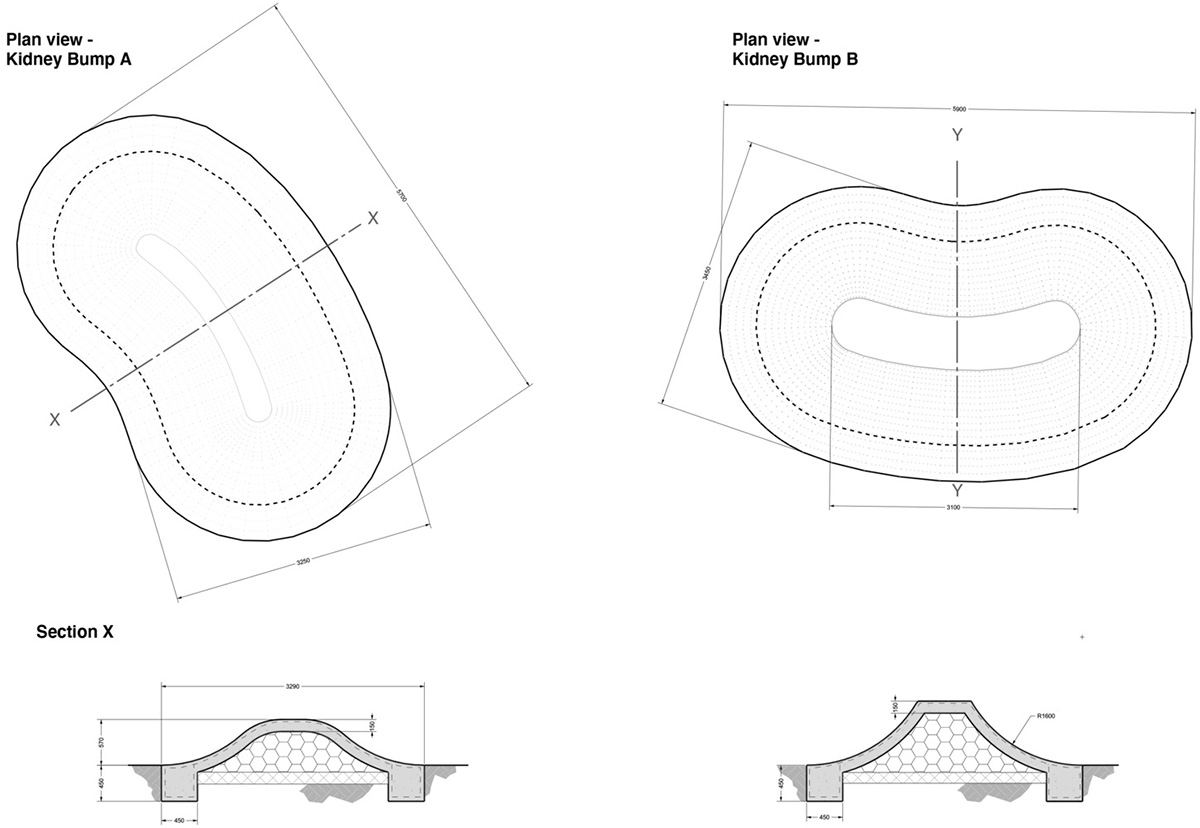 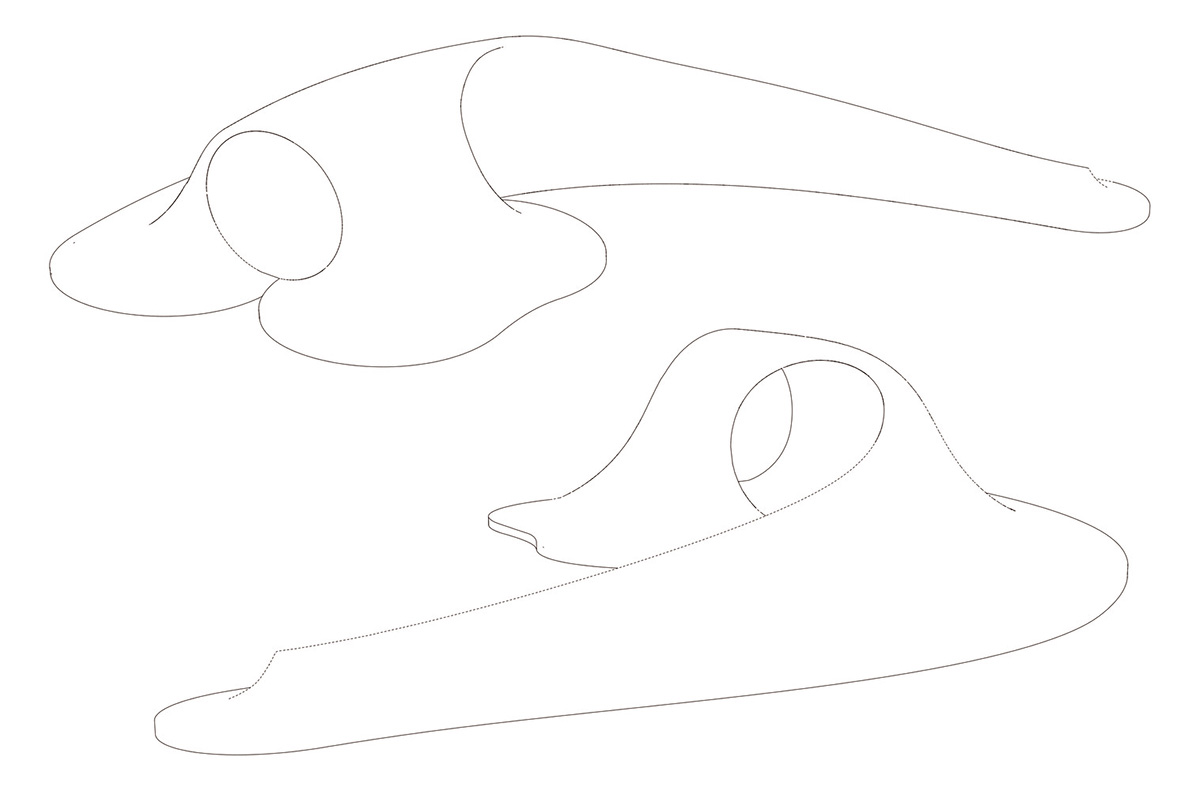 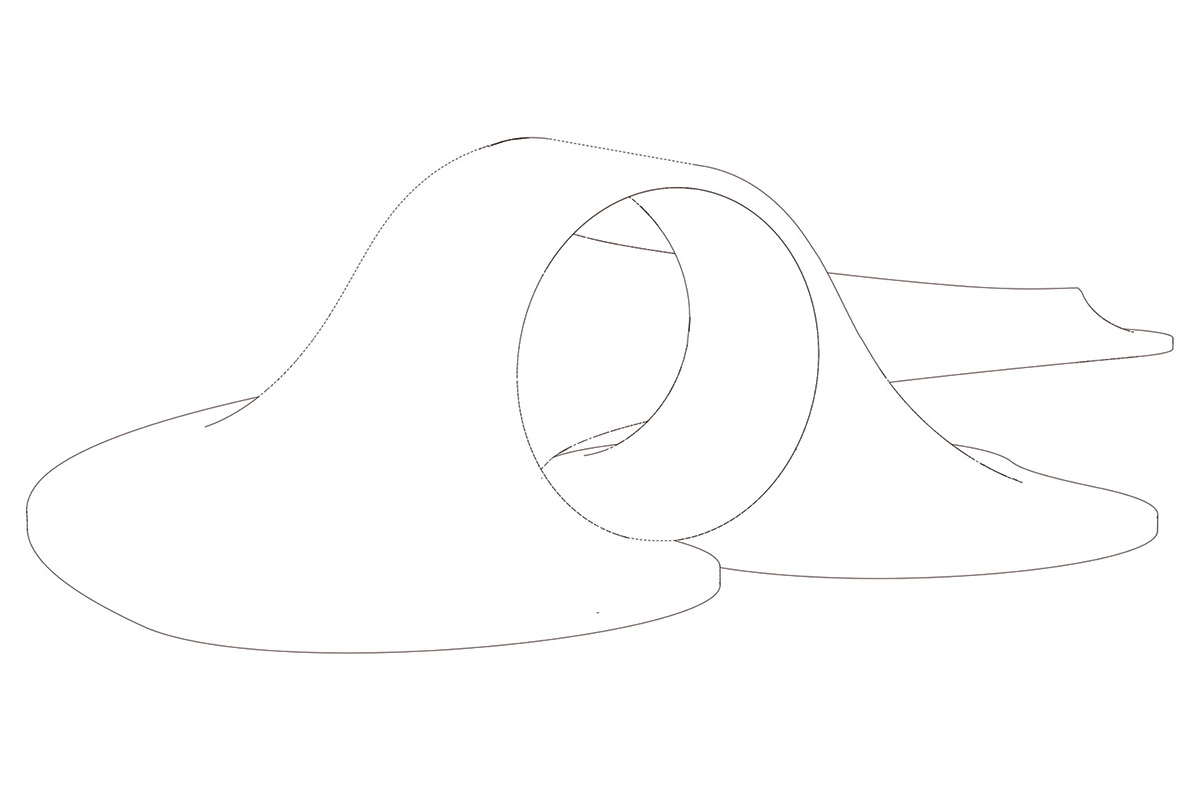