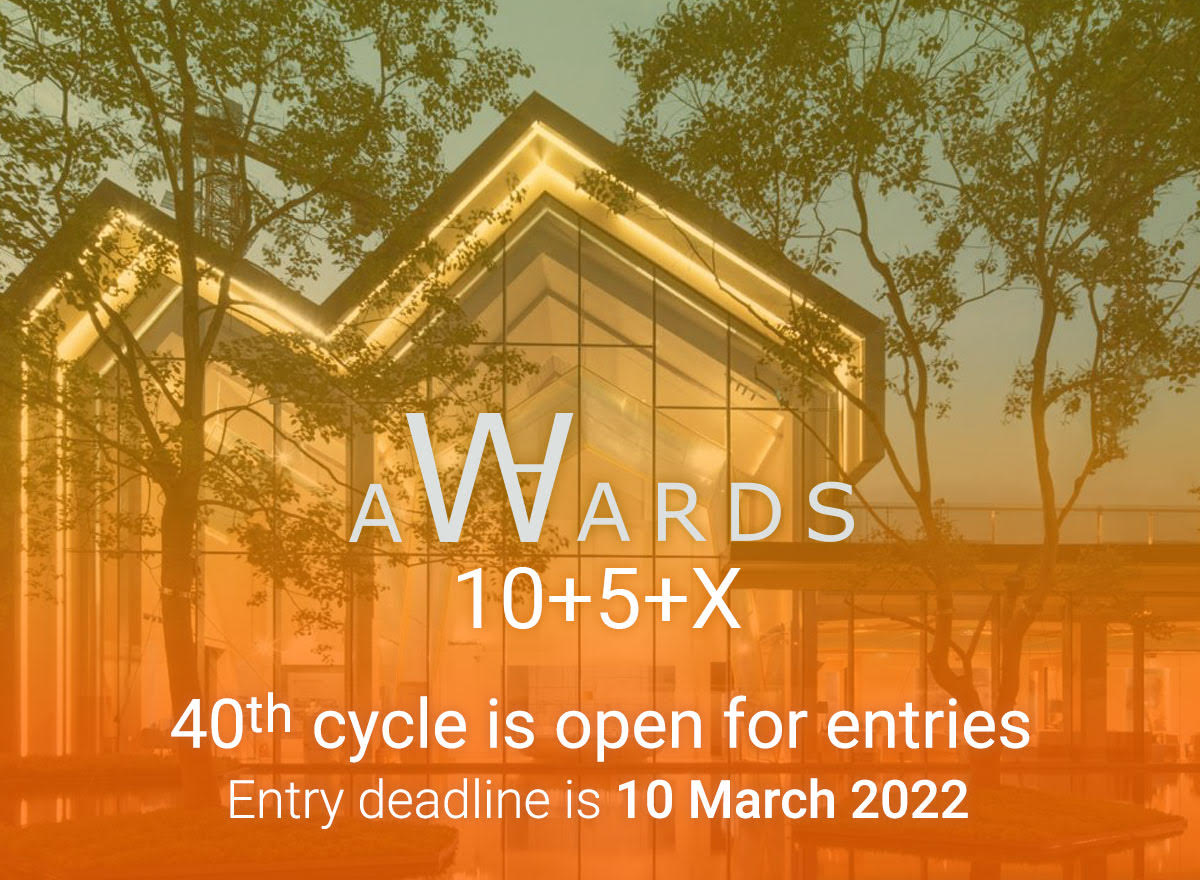 WA Awards 10+5+X 40th Cycle is now accepting entries! Now in its 40th Cycle, don't miss the chance of being crowned by the prestigious and acclaimed WA Awards.

WA Awards is accepting entries from architects, interior designers and students from all over the world.

The WA Awards is one of the most powerful online architecture awards setting a new recognition system based on its more democratized process.

Over 1,800 projects were crowned with the WA Awards

Organized 3-4 cycles per year, the WA Awards recognizes remarkable projects that have the potential to inspire exciting questions about contemporary architectural discourse.

One of the most key features of the WA Awards is providing opportunity for participants from all over the world and particularly coming from less covered regions by the public or private media to showcase their offices and projects.

Moreover, unlike the traditional competitions, the selection of more than one winner in each category (Architecture, Interior Design and Student) in the WA Awards makes the competition unique and challenging.

WA Awards 10+5+X has a standard deadline at which participants have more time.

All architects, interior designers, architecture and interior design students can submit their projects until 10 March, 2022 (23:59 GMT) by registering to WAC from the page below. It's free! 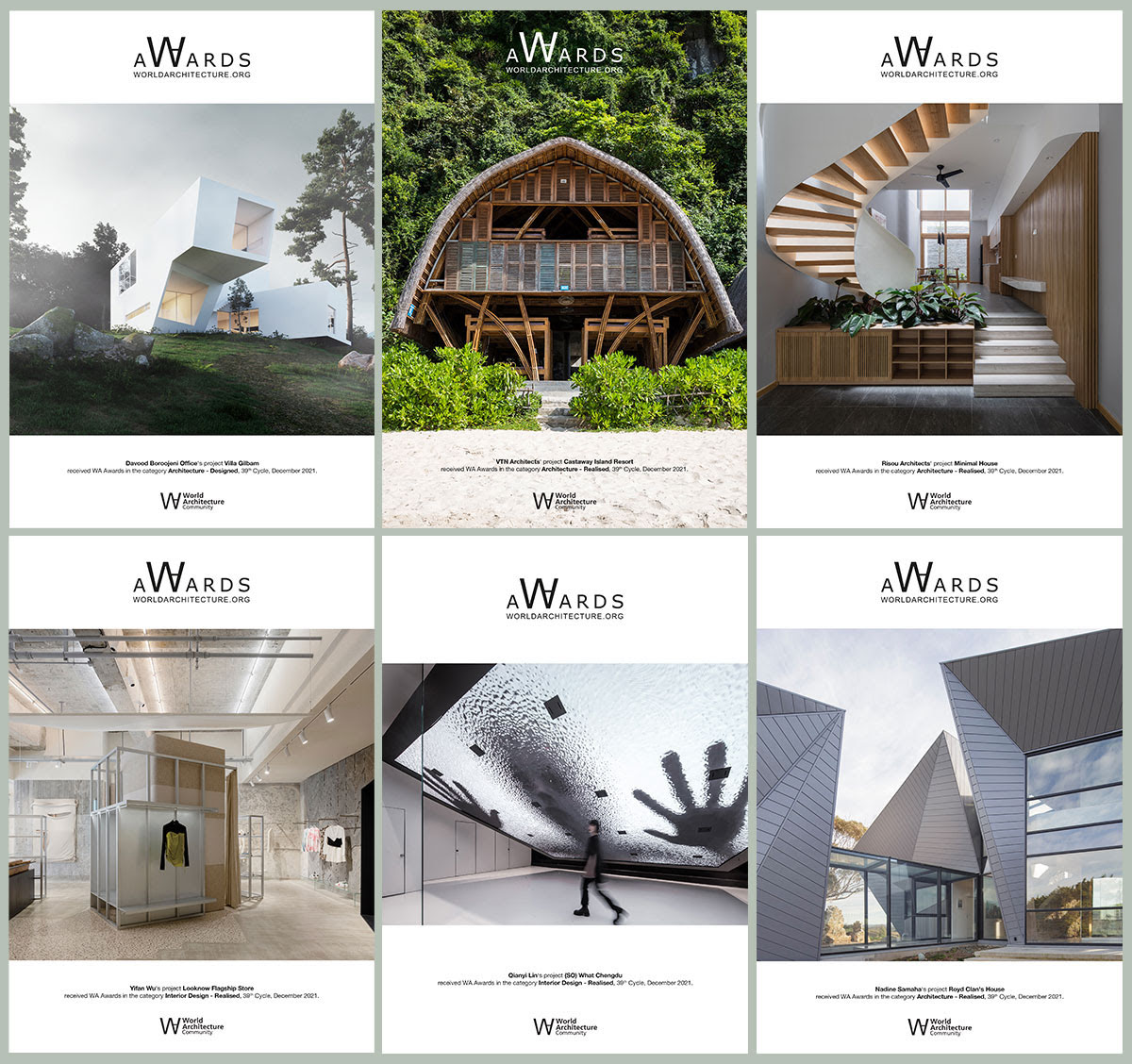 Winner Posters of the 39th Cycle of WA Awards

Participants first are able to upload their projects to their WAC Pages and they can submit their works whenever they want before the deadline.

During this time, participants have the opportunity to review their projects and have more time to make corrections if necessary.

WA Awards 10+5+X has 2 sections in the WA Awards: Architecture and Interior Design.

Projects must be submitted under the 3 sub-categories: Realised, Designed and Student. Participants should make sure to submit their projects that meet the conditions of each category.

WA Awards 10+5+X is free for Students/Academic Members. Students should create an account on WAC as a Student, and then, they should validate their accounts as "Academic Member" on their WAC Settings by submitting their official student emails.

After validation, they will be able to send their projects to the WA Student Award category, with a single project by cycle, free-of-charge.

Students should make sure to submit their projects that meet the condition of the WA Student Award category.

Find out more about category details. 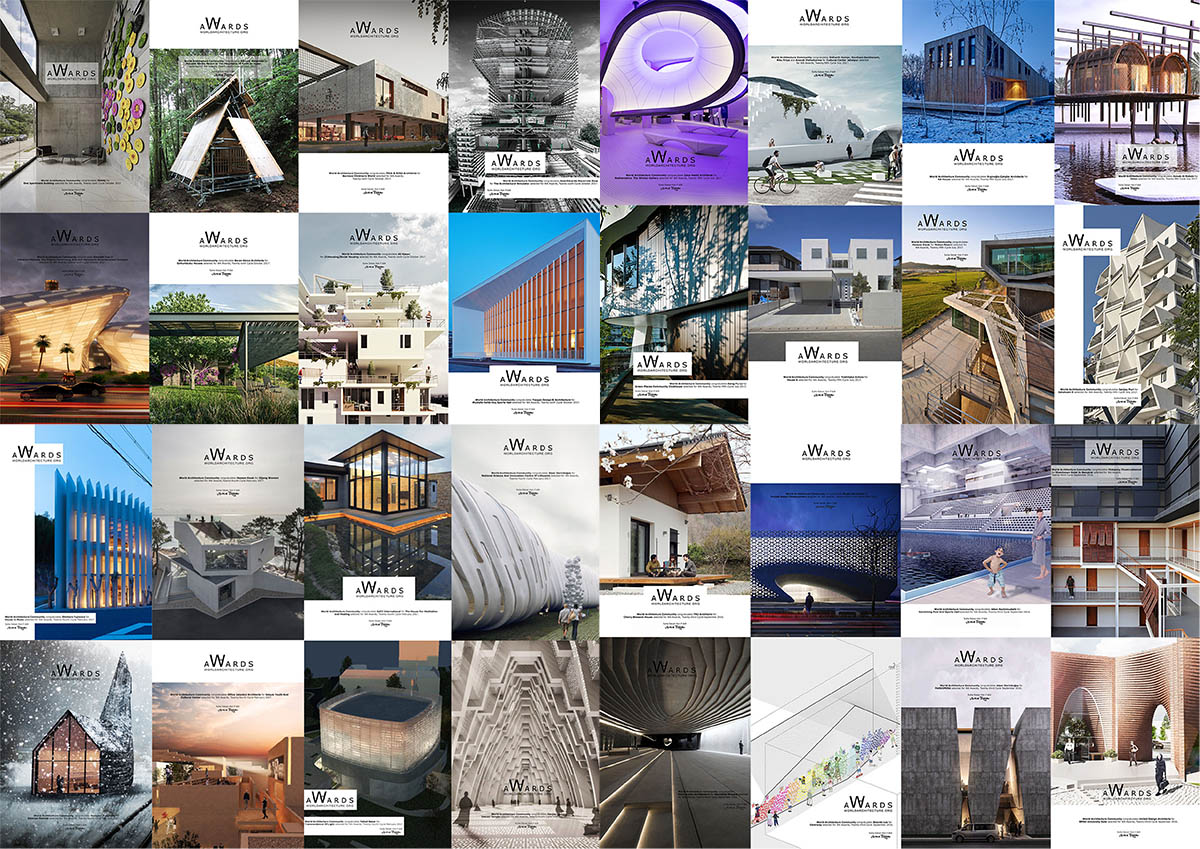 Projects submitted to the competition are open on the World Architecture Community's website on the dedicated Projects page and displayed with a label. Labelled projects mean they are competing in that Cycle.

This not only increases the visibility of participating projects in the WA Awards 10+5+X, but also helps them circulate in other sources.

Please consult our How to Participate page to learn about the current cycle’s submission deadline.

Who are the WA Awards Jury?

WAC's Honorary Members are an exclusive group of invited architects, acclaimed critics, academics and theoreticians, editors of architectural magazines, curators and other experts from architectural centers and other organizations.

WA Awards' evaluation criteria is based on Novelty, Originality and Creativity in design that reflect and inspire a commitment to the art of architecture are the major criteria.

World Architecture Community tries to bridge the gap between theory and practice; thus the architect’s explanations and member’s discussions on submissions will be critical for recognition as much as the design itself.

The WA Awards 10+5+X program has a low pricing policy. The reason for this is to reach more offices, to provide more visibility to small-scale offices and to increase participation with their work. For 6 years, World Architecture Community has been keeping the competition participation fees at the same rate.

Participants will see the payment stage after they uploaded their entries and clicked on "Participate Now" button on their My Projects page. When you pay per category/per Cycle in the competition, you do not need pay any other fees.

Finally, the "X" will be those projects, which did not make it to the final selection of 10 or 5, but which had that something "special", that made them worthy of selection and acknowledgement as "X" by the WA Jury.

Winners of WA Awards will receive a digital, special WA Award Winner Poster and a digital WA Award Certificate that will be made available to the participants in a few weeks after the announcement of the winners.

In addition, when the Cycle is closed, submitted projects will be featured in an article on WAC to invite the WAC members to Vote the projects, with a separate email to our members.

WA Awards Winners will also be announced in a featured article on WAC, as well as sharing the results with WAC's Media Partners and other global publications.