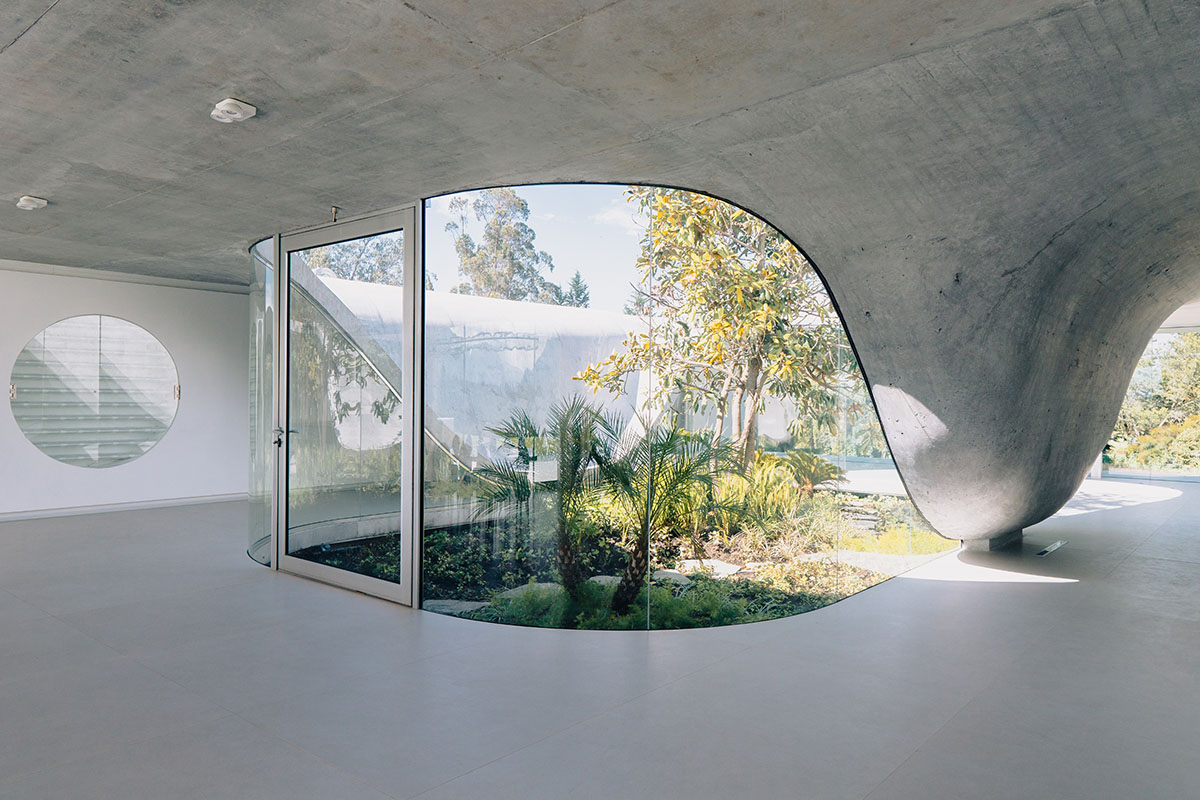 Located at the top of a mountain valley, elegantly sitting on the ground, the house was created for the architect's mother who has a deep affinity for Magnolia Trees.

Reflecting this passion, the single-storey home is built around a courtyard that frames a magnolia tree at the center. 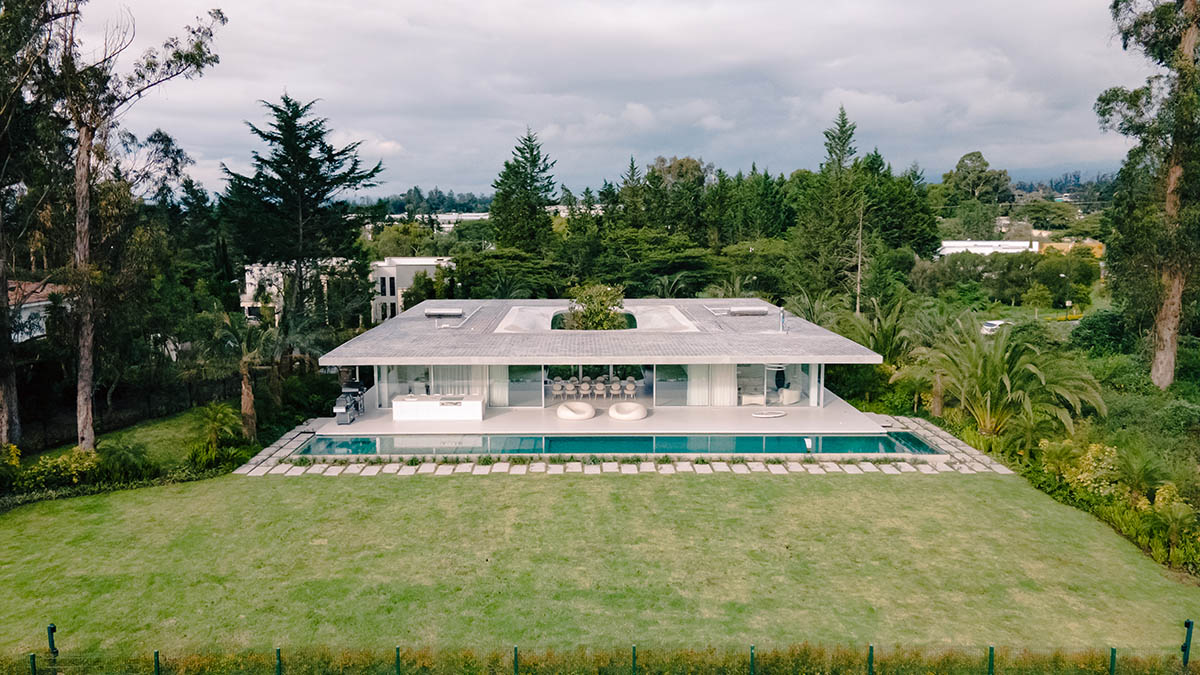 Although the building creates a modest existence when viewed from afar, it reveals its own identity as it gets closer and closer to the details.

Not only does it have a very distinct aesthetic identity, it also hosts the studio's first furniture collection, called Near Life, inspired by nature.

With the modern home, the collection's hand craft is paired with technology, resulting in objects that look like fossils from the future. 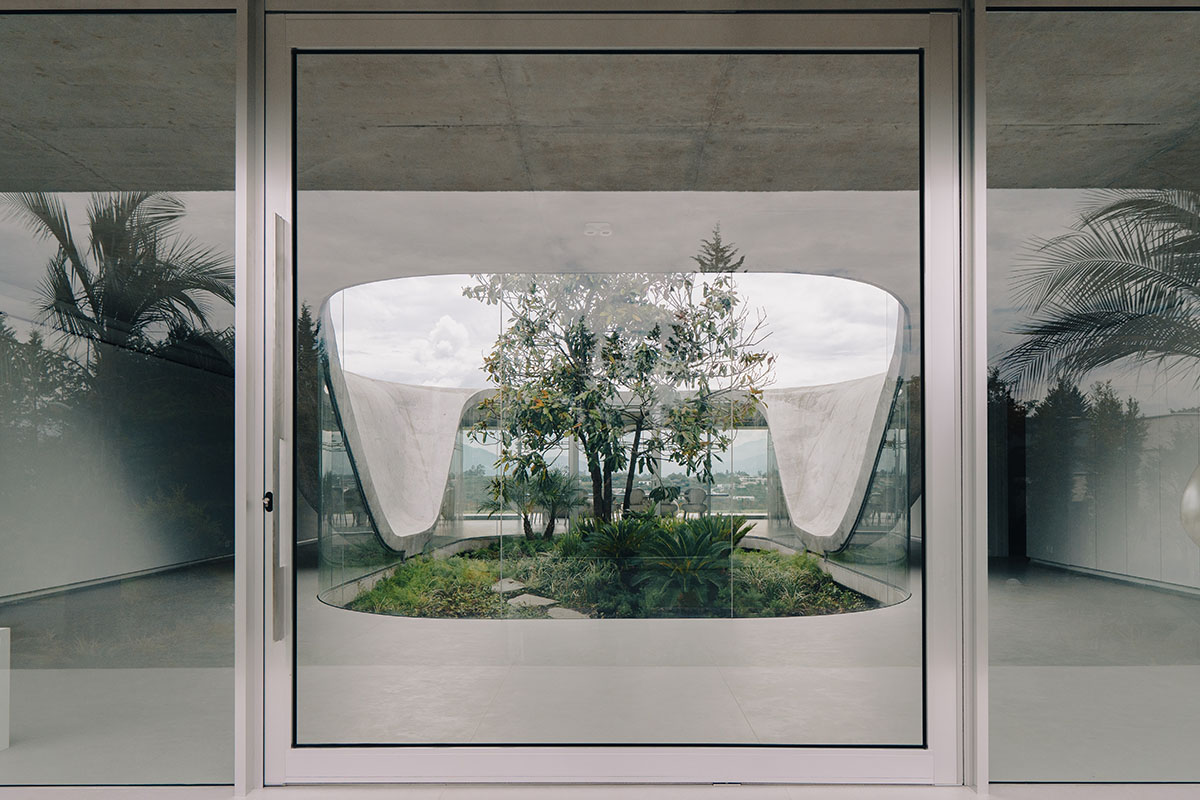 The architect Felipe Escudero describes the project as like "a spaceship that has just landed, and it acts as a surprise element in the landscape." 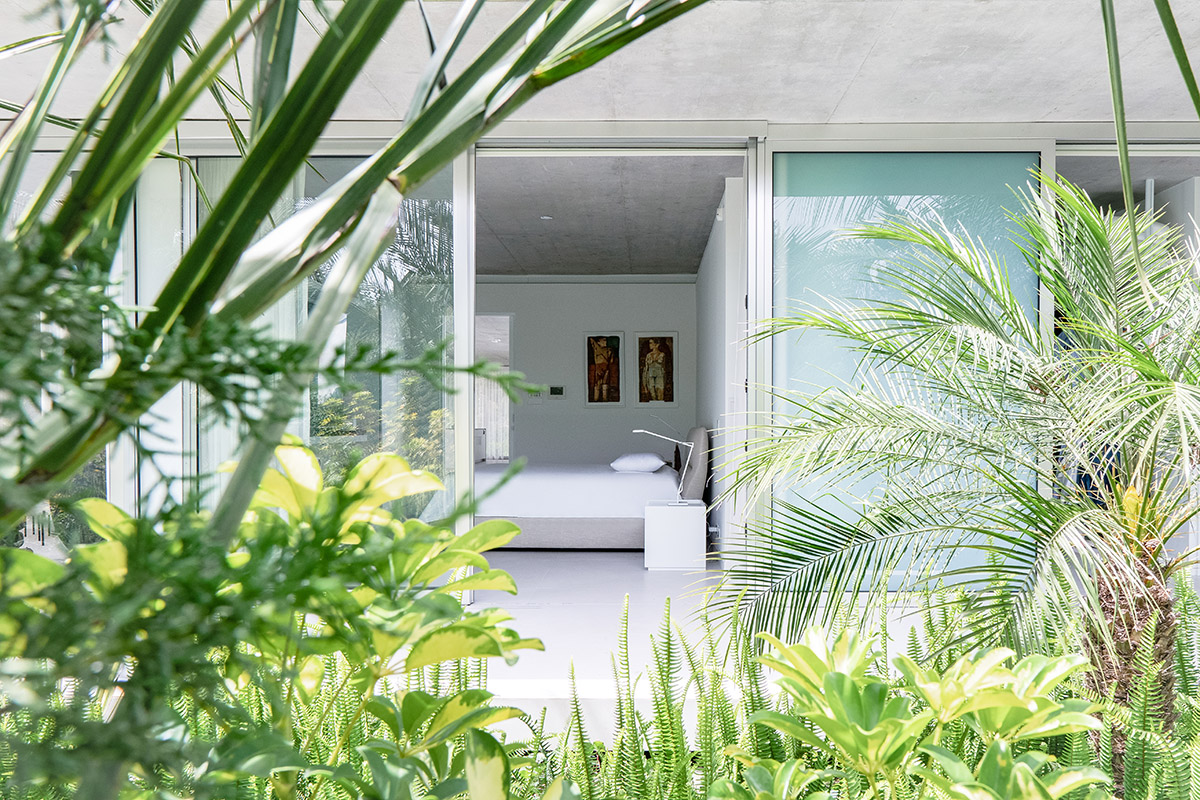 The layout of the home is designed as an open space, common spaces such as living room, indoor living room, main kitchen are left open to towards the terrace.

On the other hand, all living units, namely private spaces, are arranged in separated units parallel to each other. At the heart of the home, a large courtyard with magnolia trees becomes a protagonist of design. 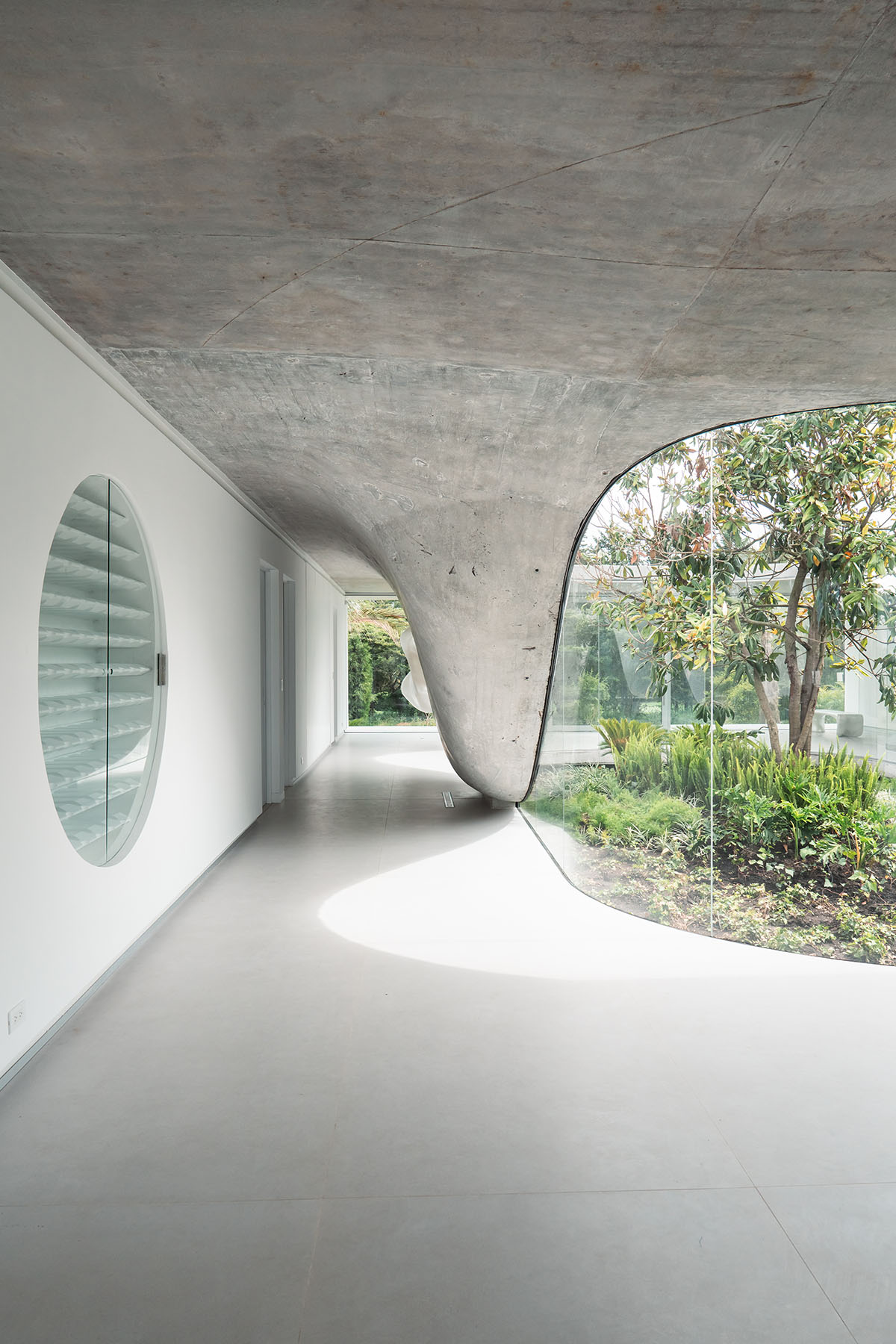 The key feature of the design comprises one thin post-tensioned concrete slab with large spans and overhangs, allowing a traditionally rigid and heavy material to look like it is floating in space.

The studio designed concrete ceilings delicately turning into walls providing the feeling of being hugged and protected. These walls also make the house seem transparent, while at the same time providing privacy. "In addition to the simple, functional logic of the house, the design responds to the significance of its location," said Estudio Felipe Escudero.

According to the studio, the home "acts as a surprise element in the landscape." 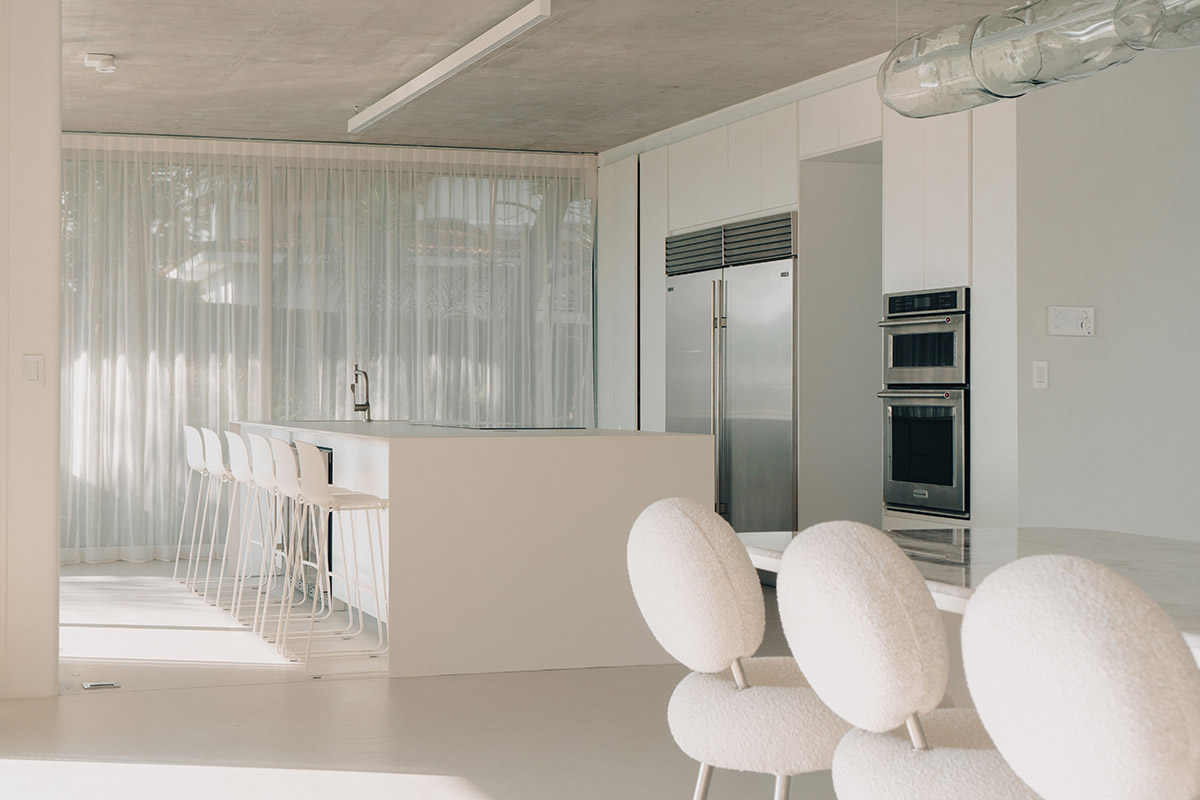 While the residence features floor-to-ceiling operable glass facades and a continuous covered balcony that surrounds the building, these features remove boundaries between interior and exterior.

They are also helping bringing natural light and air into all the spaces, resulting in 360-degree views of the scenery, as the studio emphasized. "Indirect, lighting throughout the house is placed at the top and bottom edges of walls to separate architectural elements and to light the concrete slab from the bottom," the studio added. 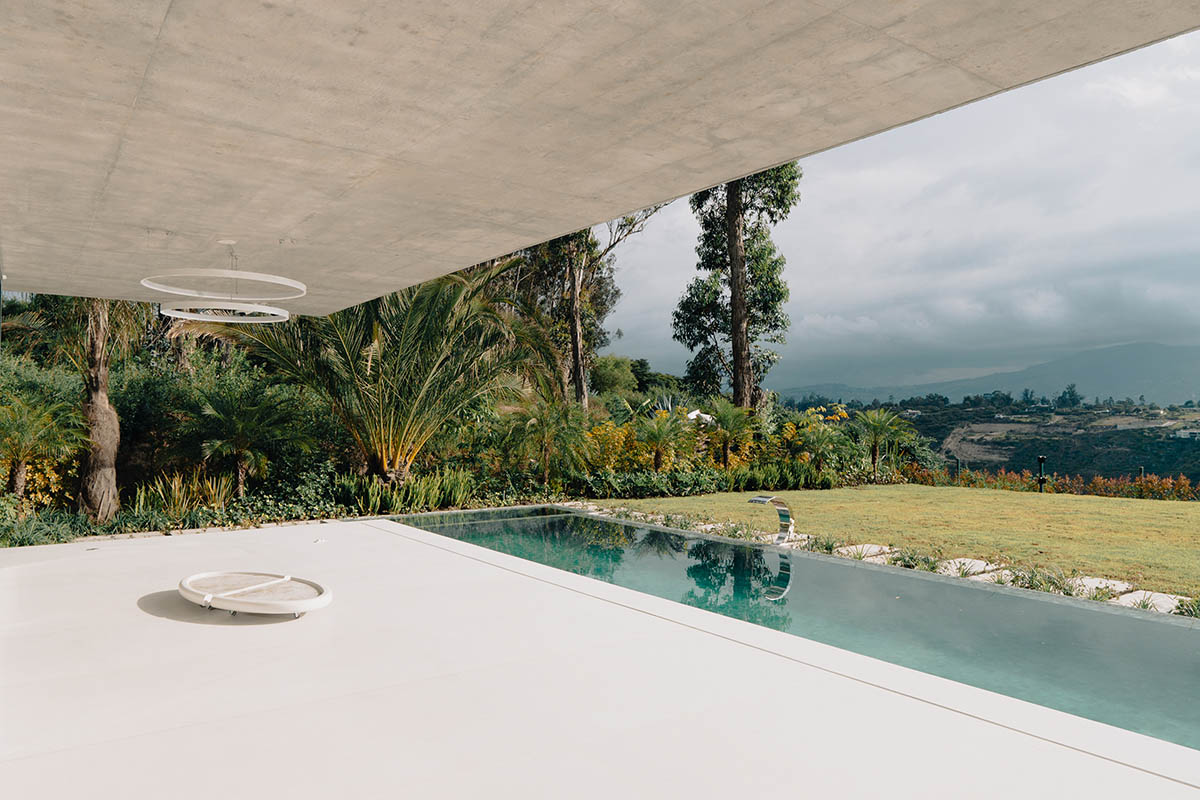 The terrace of the home provides a seamless transition between indoor and outdoor. Users can feel as if they are walking in nature when they go out to the terrace.

While the users access the house from a large foyer area in the front side of the house, the terrace can be reached from the living area, small living room and kitchen at the back of the house. 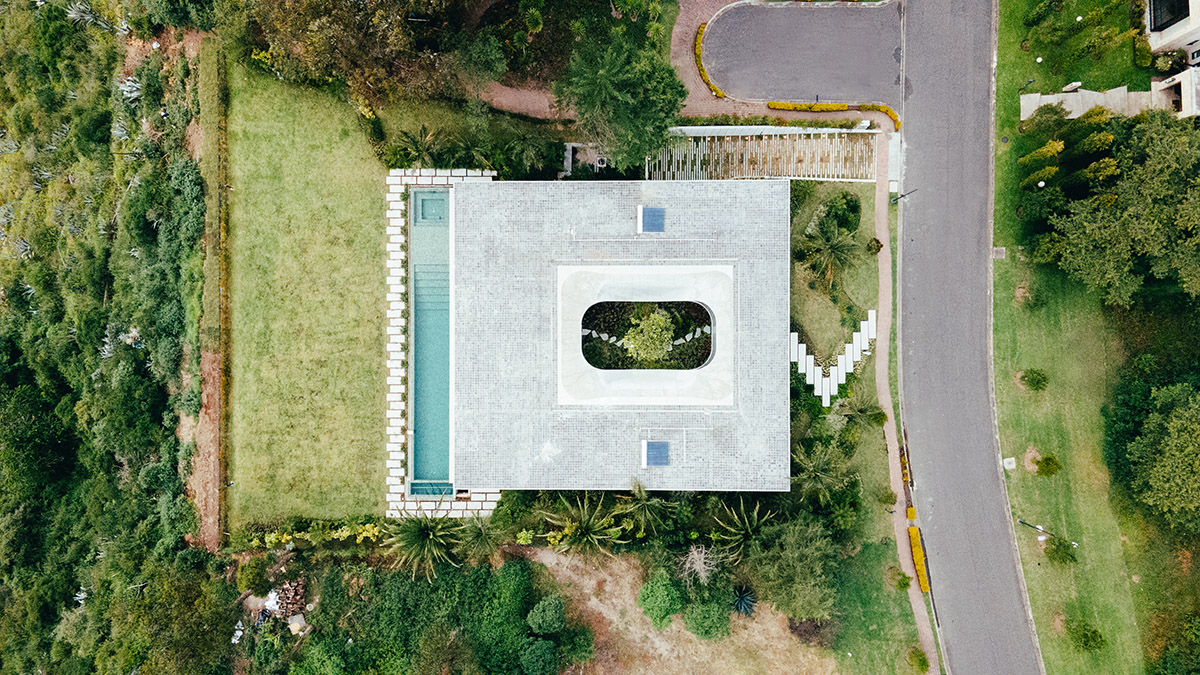 The studio used solar panels to cover the roof to provide hot water and minimize the environmental footprint. Besides, the firm implemented other systems like ceramic tiles on the roof surfaces that insulate heat and cold from the interior. 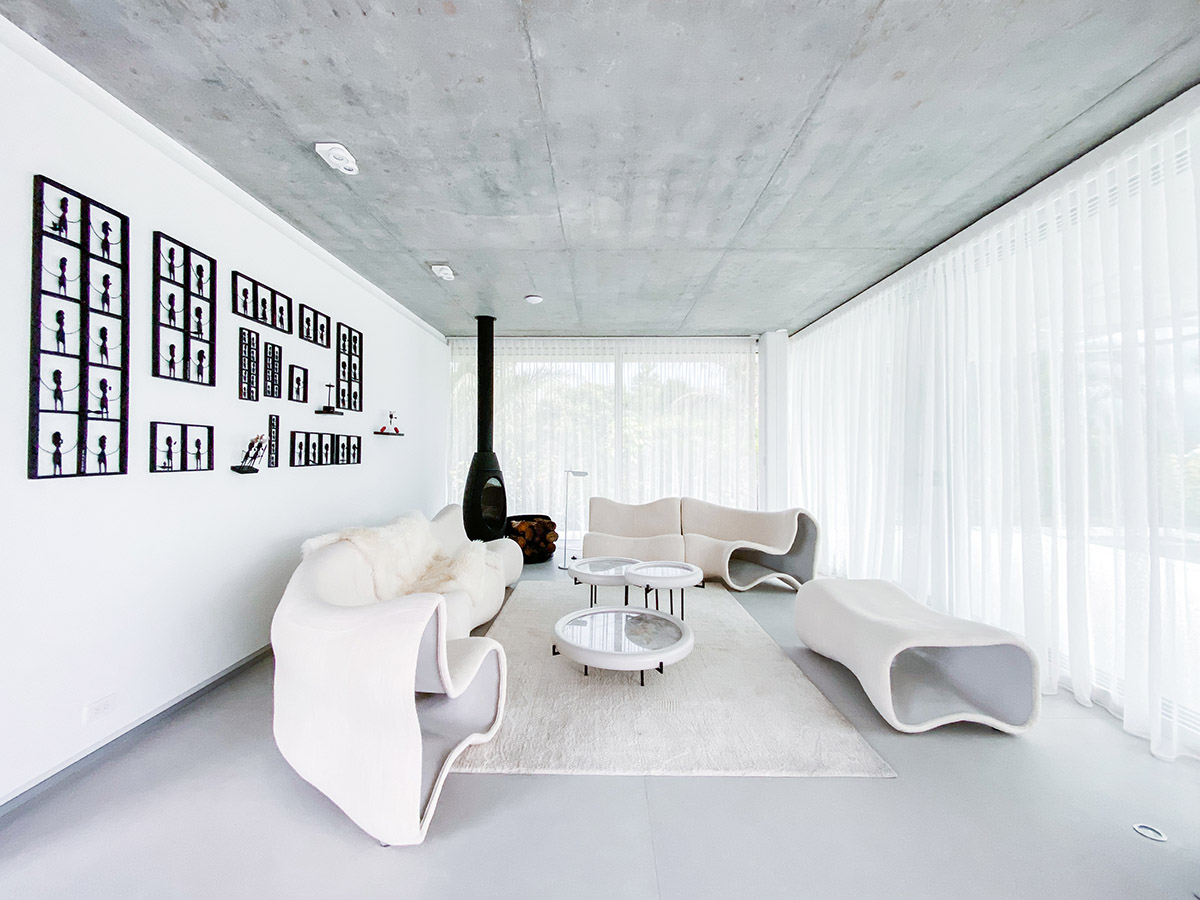 The firm furniture collection features distinctive pieces such as 3D-printed all-white bulbous-formed furnitures complement the interior space and create a sharp contrast with straight lines of the house.

With its sincere story behind the house, it offers an extraordinary space quality adorned with delicate details, modern touches and technology-inspired surfaces - ranging from large scale to small scale. 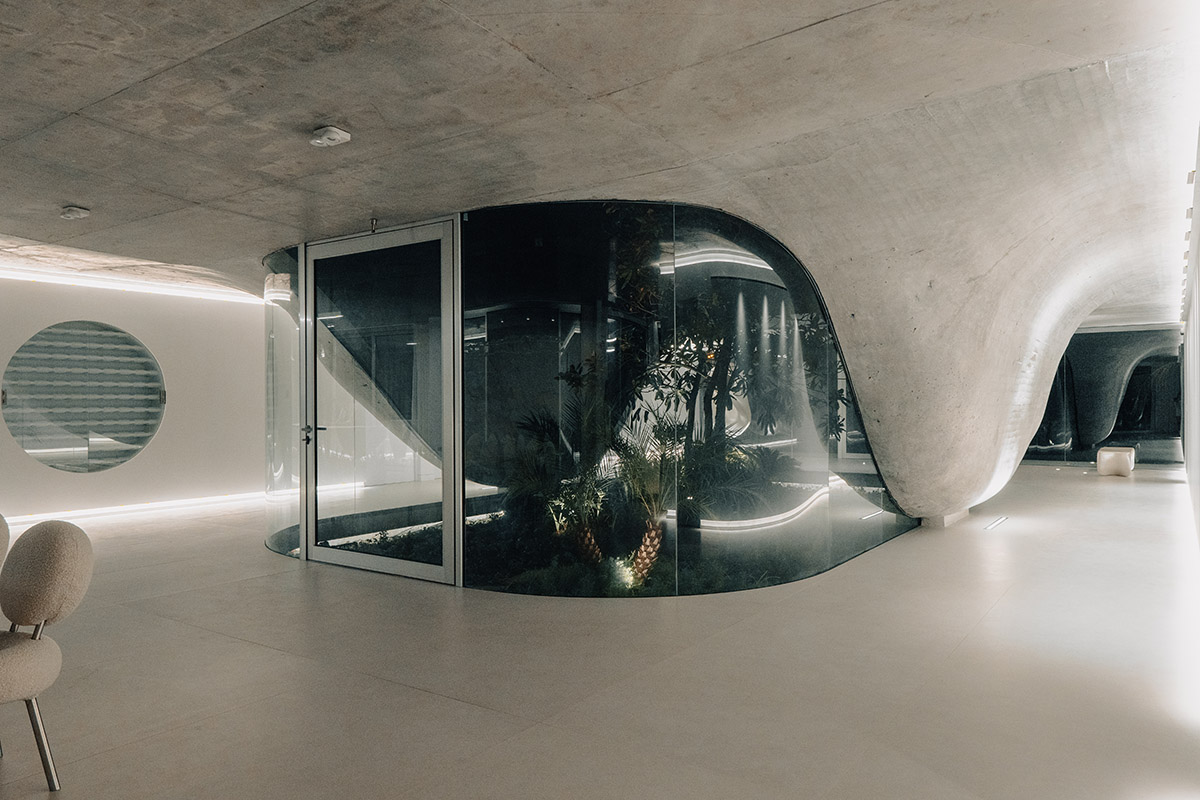 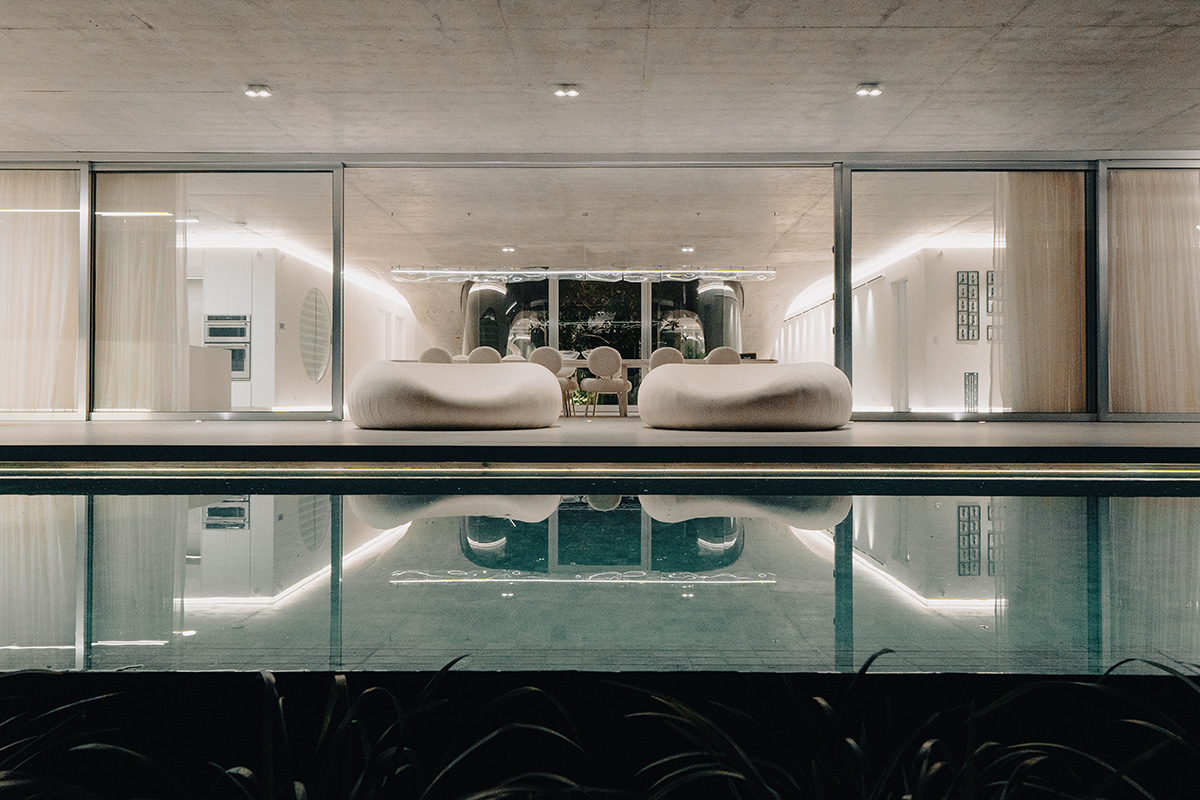 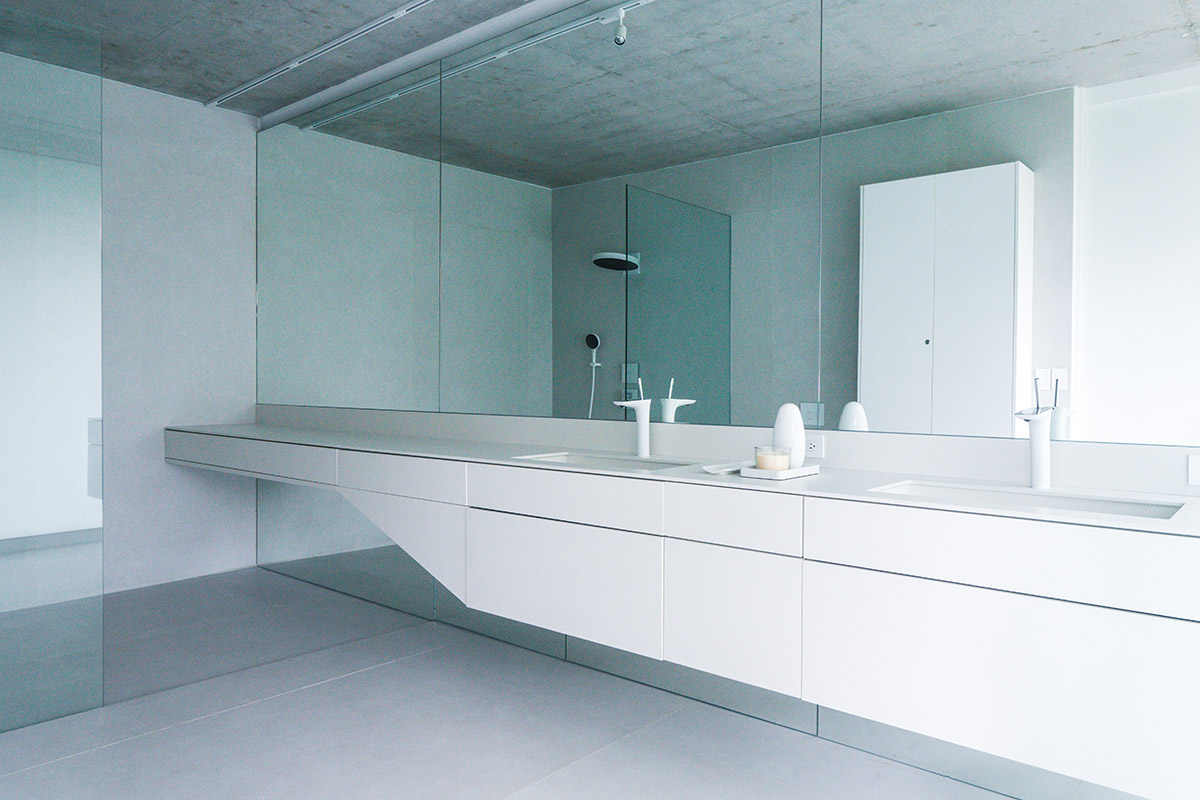 Felipe Escudero, who previously worked with Heatherwick Studio, MAD Architects and Space4architecture, founded his own studio in 2012.

Estudio Felipe Escudero's portfolio includes private houses and public spaces that focus on "personalized experiences for each of its clients and users".

The Trebol House built in 2013, the El Quinche House (or Casa El Quinche) are among key projects of the firm.