Phenomena of the Vertical: Is Architecture Saturated? 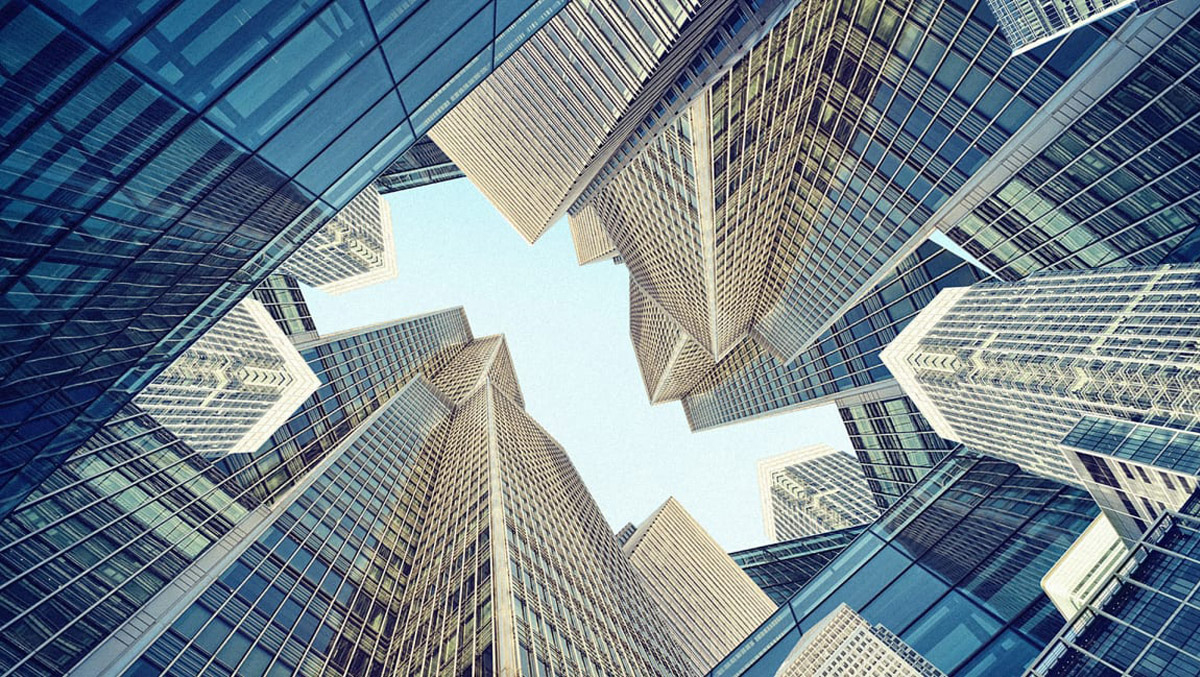 *Phenomenology in Architecture is the experience that evokes one's memory, sense and thoughts. It is a design that has the ability to take the visitor on an emotional journey beyond its physical walls.

Today, most of the attention in the architectural world is dedicated to high-rise buildings and skyscrapers. Verticality seems to be the goal of the contemporary. So, in the contemporary sense what can be identified as phenomenology* is the ‘phenomena of the vertical’, hence there is little to feel beyond the giant mass. This international wave of verticality has invaded the world and left concepts of identity and authenticity in confusion. The most important part of authenticity is its relevance and connection to the culture it was constructed in or for. Throughout history, buildings were identifying cultures and ages. One can look at a building from the 14th century per se and trace exactly what culture or nation it belonged to. Therefore, identifying its authenticity. 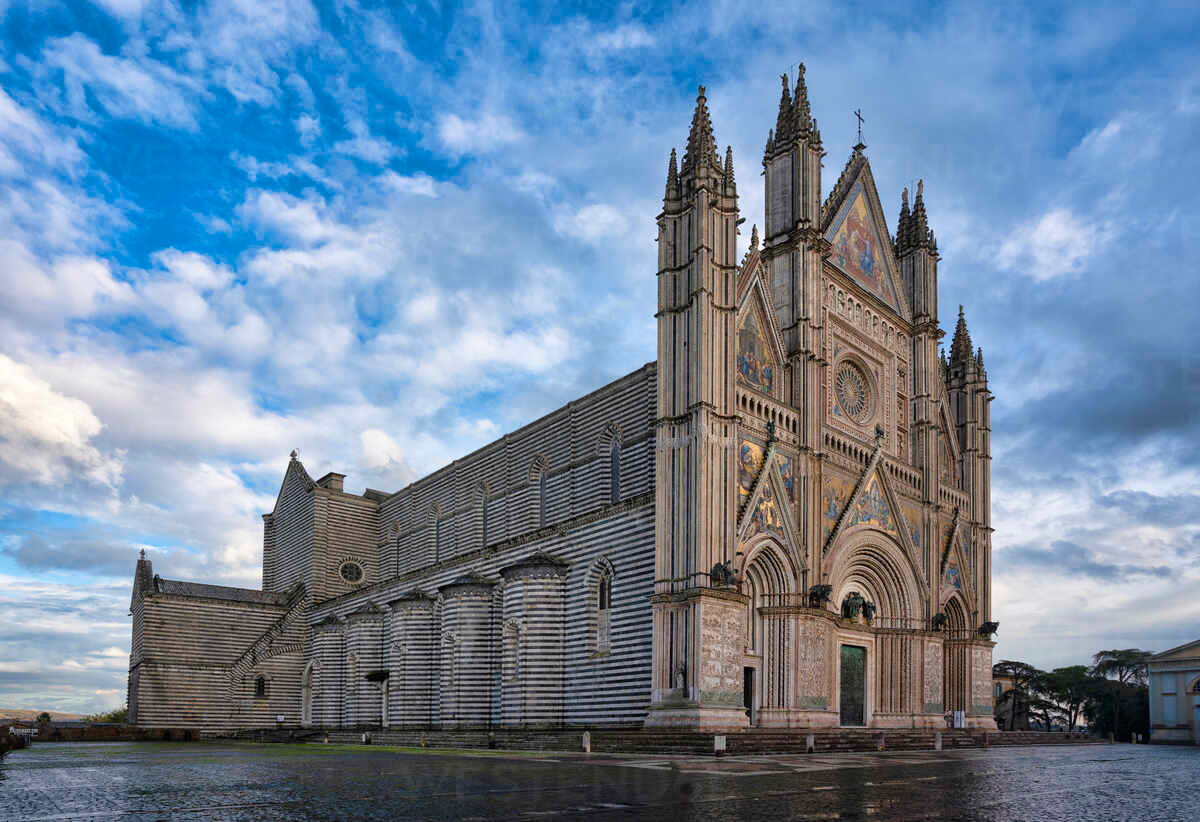 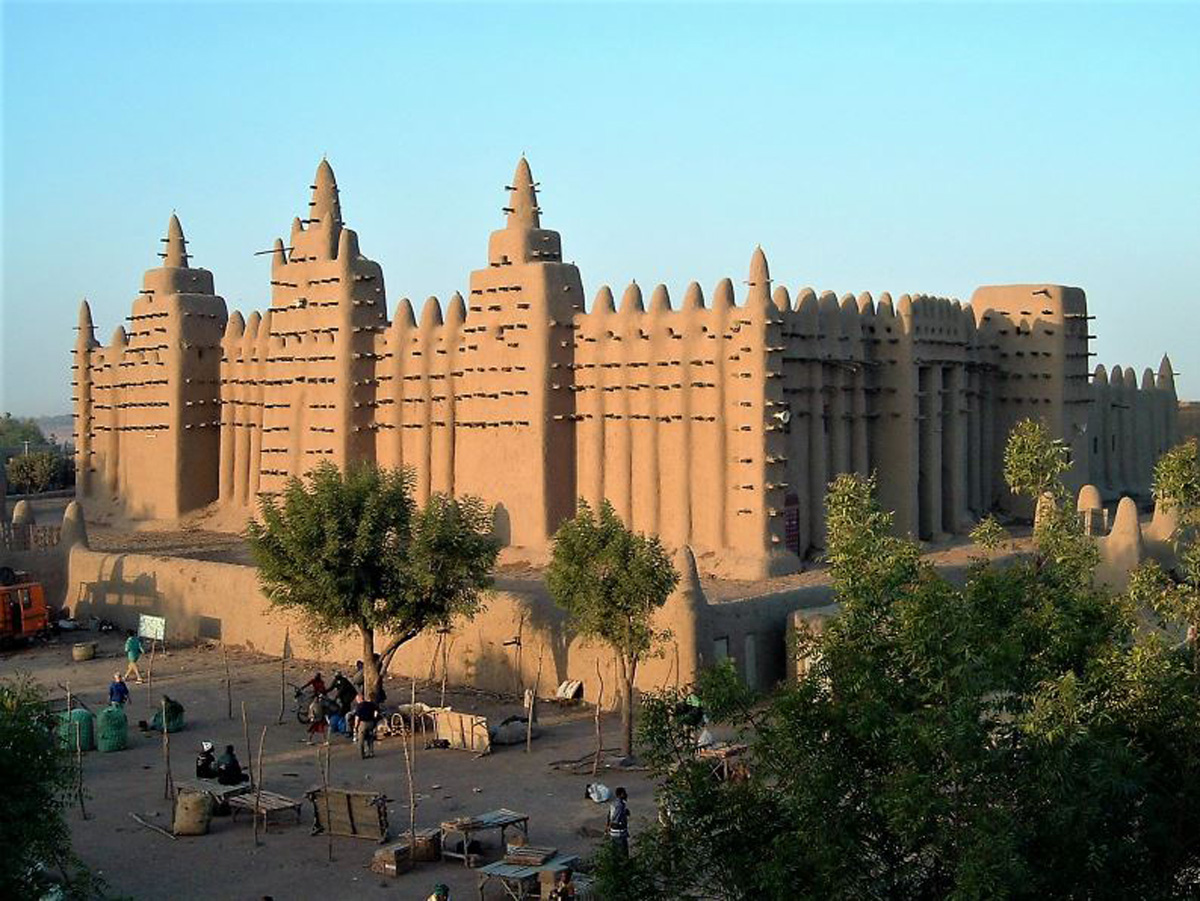 "I see the task of architecture as the defence of the authenticity of human experience”, Juhani Pallasmaa The Geometry of Feeling: A Look At The Geometry Of Architecture.

High-rise structures, on the other hand, have none of these concepts. If a skyscraper like Sapphire in Istanbul is relocated to Hong Kong or New York, one would never guess that it was not originally there. This international style has no relation to culture or originality. It cannot provide the visitor with an emotional link. 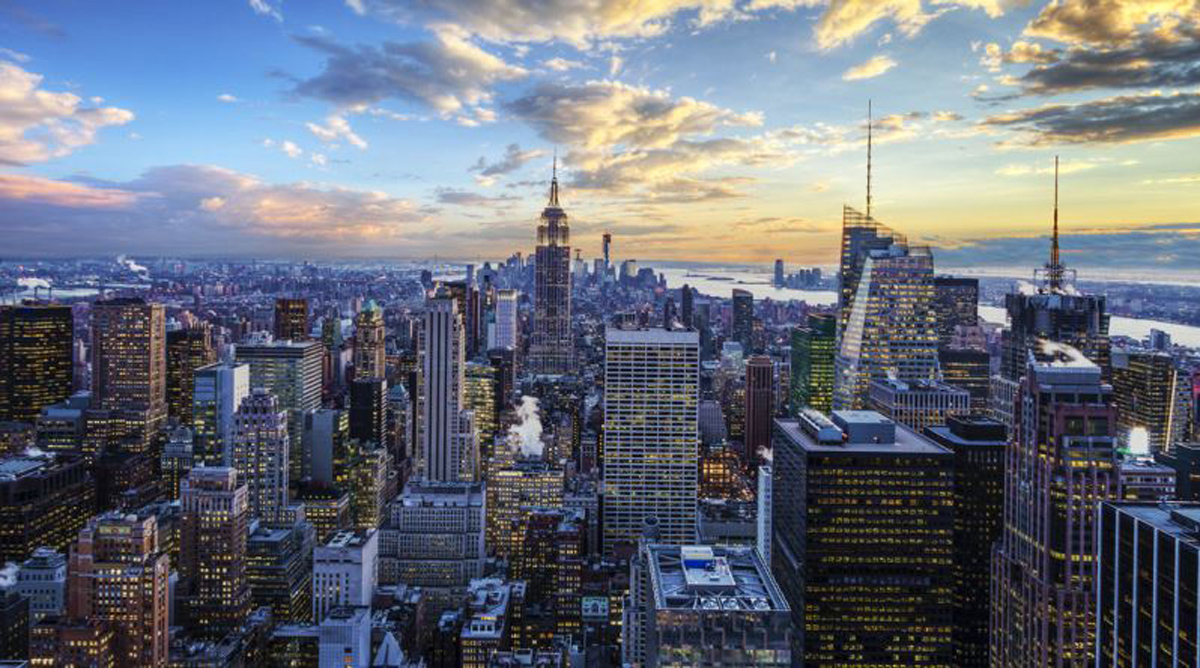 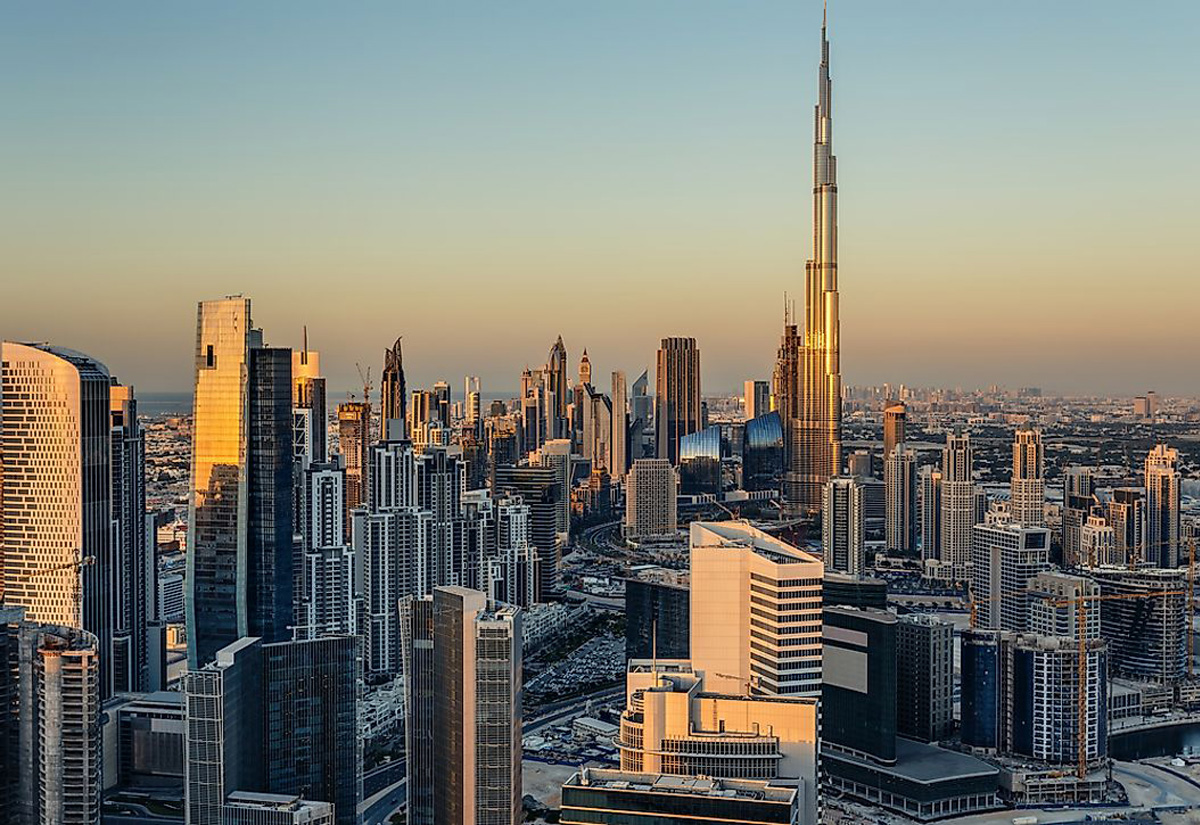 But how does the "phenomena of the vertical" effect, in turn, the concept of architecture, design, and the city as a whole is what this article is focusing on referencing Rem Koolhaas’s (1978) Delirious New York. 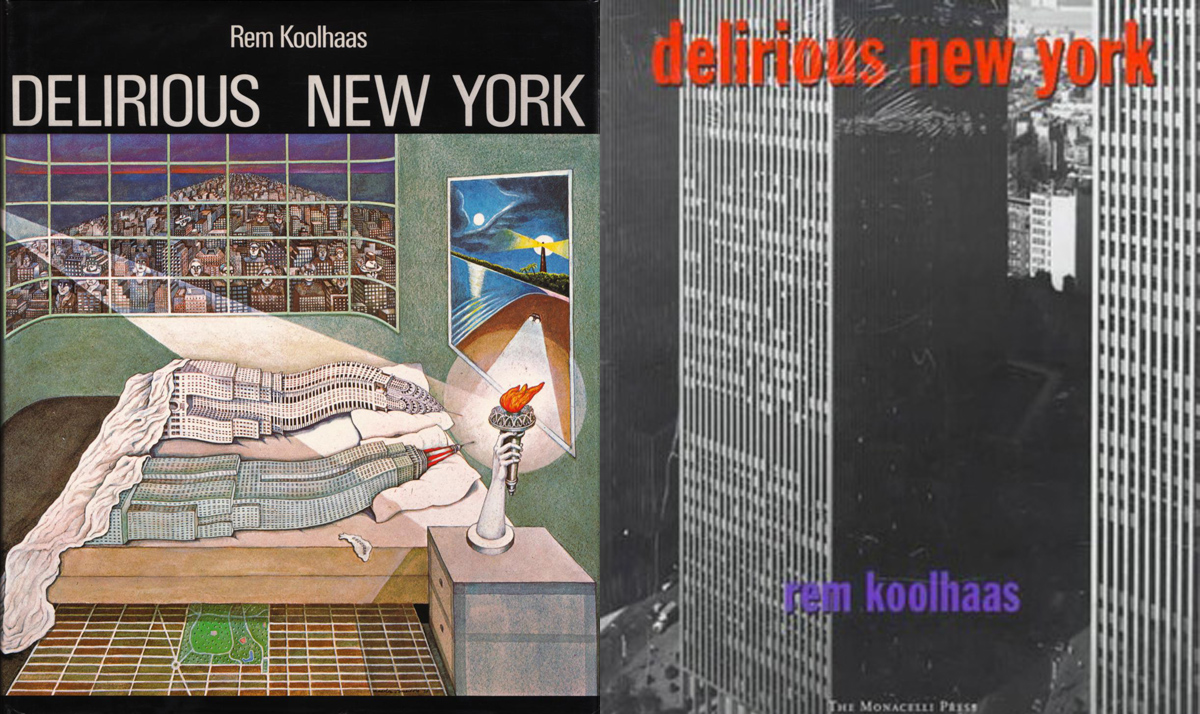 This global wave of verticality has invaded the world after the burst of industrialization and left the concepts of design and architecture in confusion. Almost all the high-rise buildings and skyscrapers look identical; they share the same characteristics and features. They also have little if any relation to their surroundings and share no connection with their direct environment. Overshadowing with their height all that they surround as if lowering the existence of anything beneath them. 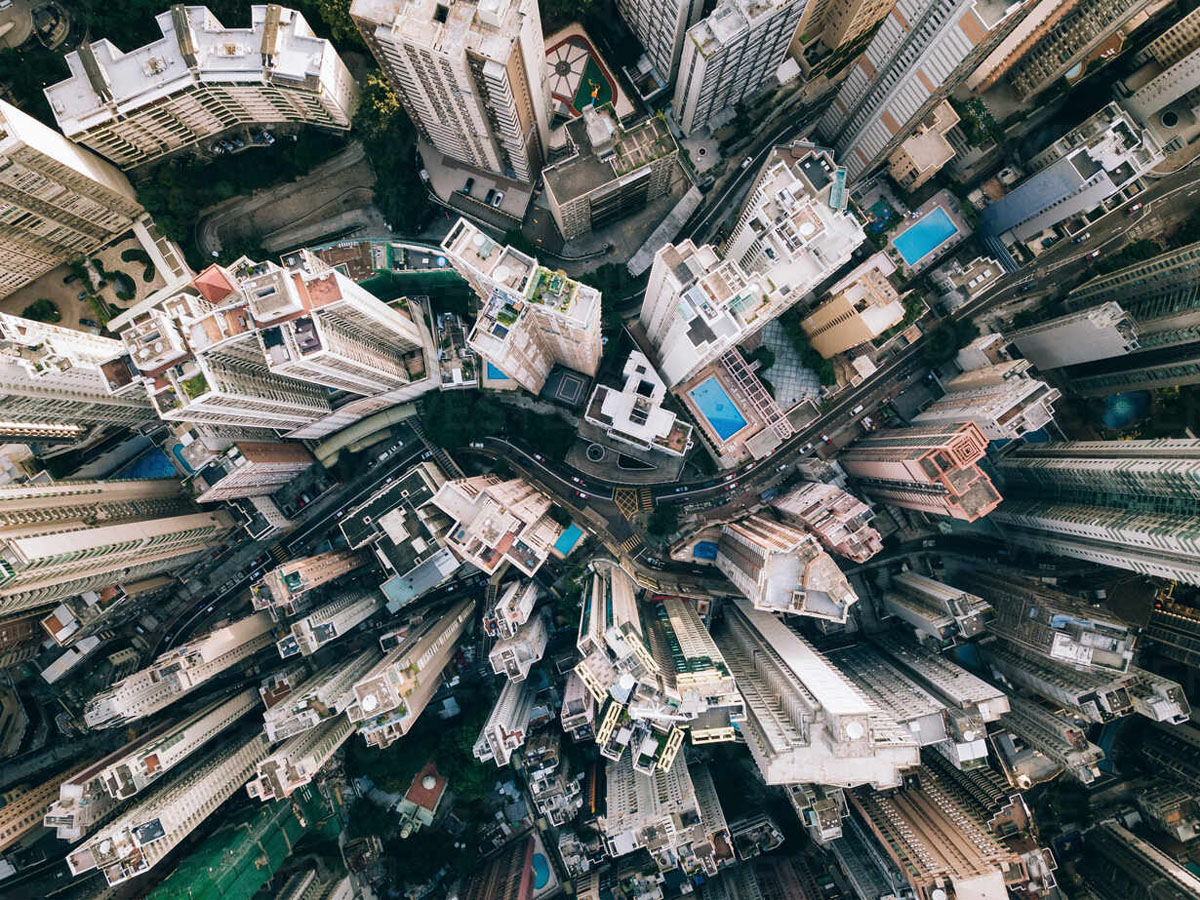 The higher the building got, the further it went from the ground relation. The skyscraper is treating the site as an individual island not taking into consideration it's surrounding, but rather, engulfing everything within its walls and rejecting everything that is not falling under its base. Layering floor after floor, the building continues to rise towards the sky, leaving the ground as a functioning foundation, nothing more. On the other hand, more functions were being added within; shopping areas, hotels, apartments, offices, etc., everything that one might need was injected into the skyscraper, somehow trying to create a vertical-artificial-city, as if denying the outside world by offering everything within.

Once it was noted that the verticality was disconnecting itself from the city, concepts of greenery within were integrated; roof gardens or terraces, which ironically disconnected the people socially even more. 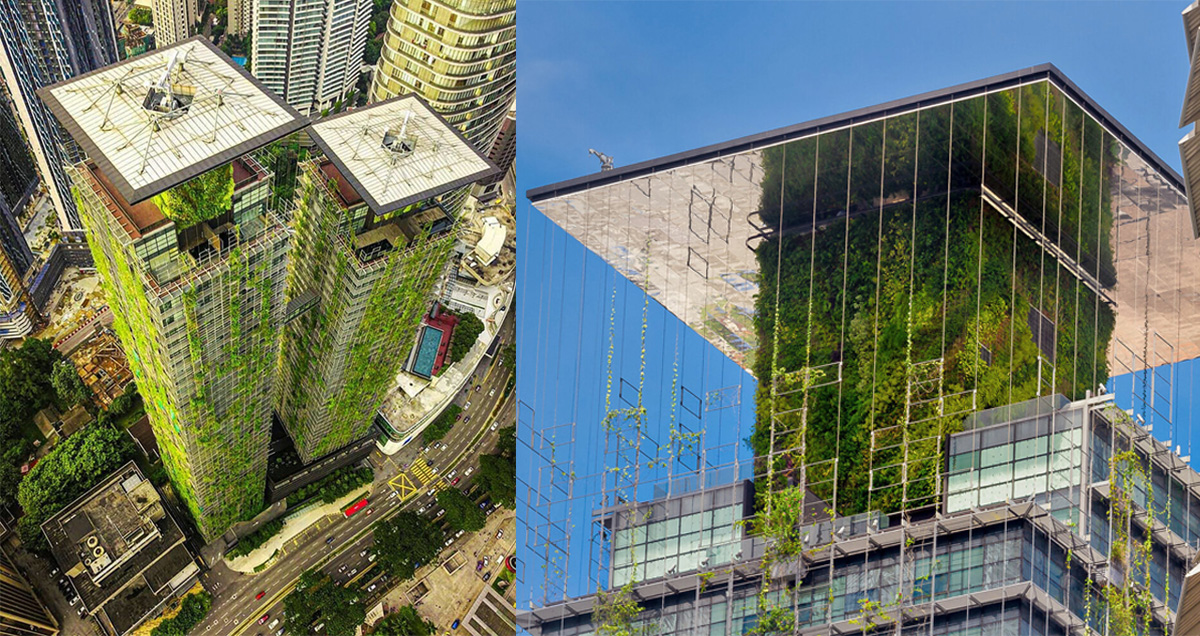 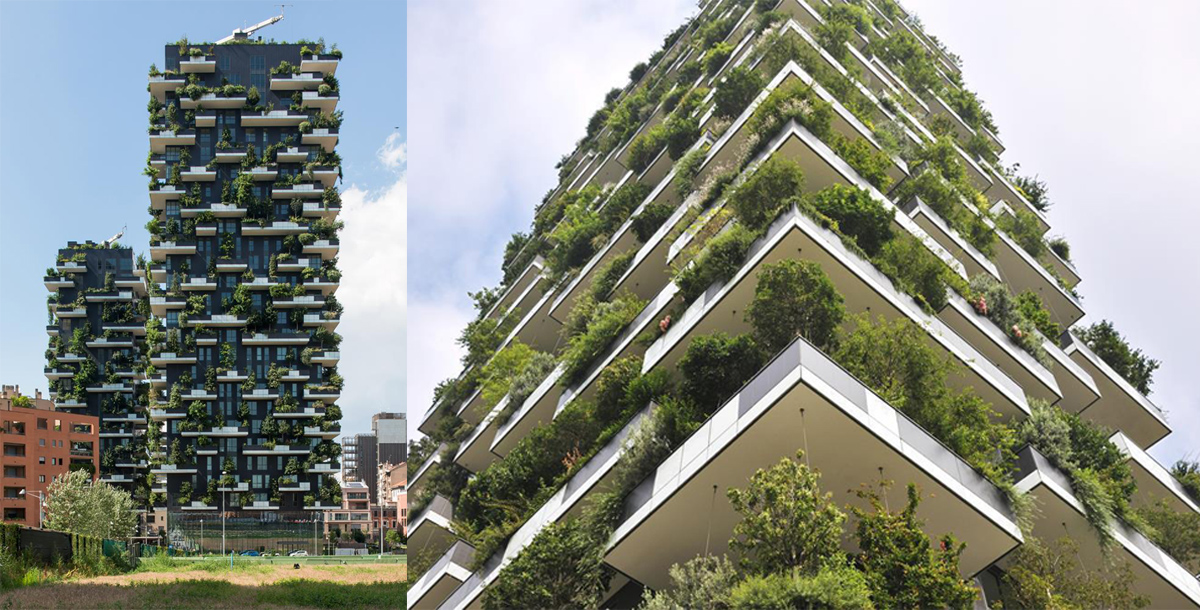 Instead of taking this as a sign of social-city downfall, an opportunity was spotted to complete the missing piece to achieve the vertical-artificial-city. Even more, this vertical phenomenon started pressuring on the idea of ‘a city-within-a city’ trying to bring every possible function layered and stacked on top of the other, isolating the buildings from each other. Sealing away the chance of leaving this vertical city, leading towards the disconnection of the outside world. Ultimately, trying to create as Koolhaas named it a self- contained-universe.

After the age of Modernity that ended up ‘supposedly’ failing, architects believed that diving back into history and the past is the key to ‘the experience’ since Modernity stripped architecture of any identity. Similarly, the contemporary period somehow ended up as a naked mass of architecture. So, are we going through yet another ‘Modernity’ phase where we have the urge to feel numb and senseless towards architecture or is it possible that we have reached a saturation level where nothing but verticality awaits...?

"Why do so very few modern buildings appeal to our feelings, the buildings of our own time may arouse our curiosity with their daring or inventiveness, but they hardly give us any sense of the meaning of our world or our own existence," Juhani Pallasmaa, The Geometry of Feeling: A Look At The Geometry Of Architecture.

According to Koolhaas ‘Skyscraper’s true nature - the ultimate unpredictability of its performance’, then where does the architect’s job lay? It is supposedly the designer who decides the form or the design depending on the function. But interestingly, it is not always known what function will the high-rise host in the future. So, can it be a fulfilling design if the function is not known? Consequently, this indicates that vertical naked masses are just being erected, regardless of what they will hold in the future. This has become the perfect opportunity for the developers to accomplish their never-ending goal, more space for any function.

With the increased number of skyscrapers in the city, the disconnection with the ground is rising simultaneously. Solutions to this situation were offered for the future but the proposals instead of solving the problem were offering alternatives that would benefit the skyscrapers!

For instance, based on Harvey William Corbett’s theory and illustrated diagrams presented in 1923 it can be noted that the connection with the ground has been completely broken. The ground level now is solely serving vehicles and transportation methods. Arcaded walkways are built within the skyscrapers and are serving the people. So where does the social ground lay then? These walkways indicate that a need to move between the buildings is sufficient not the city in itself, in turn stating that there is no need for the city... 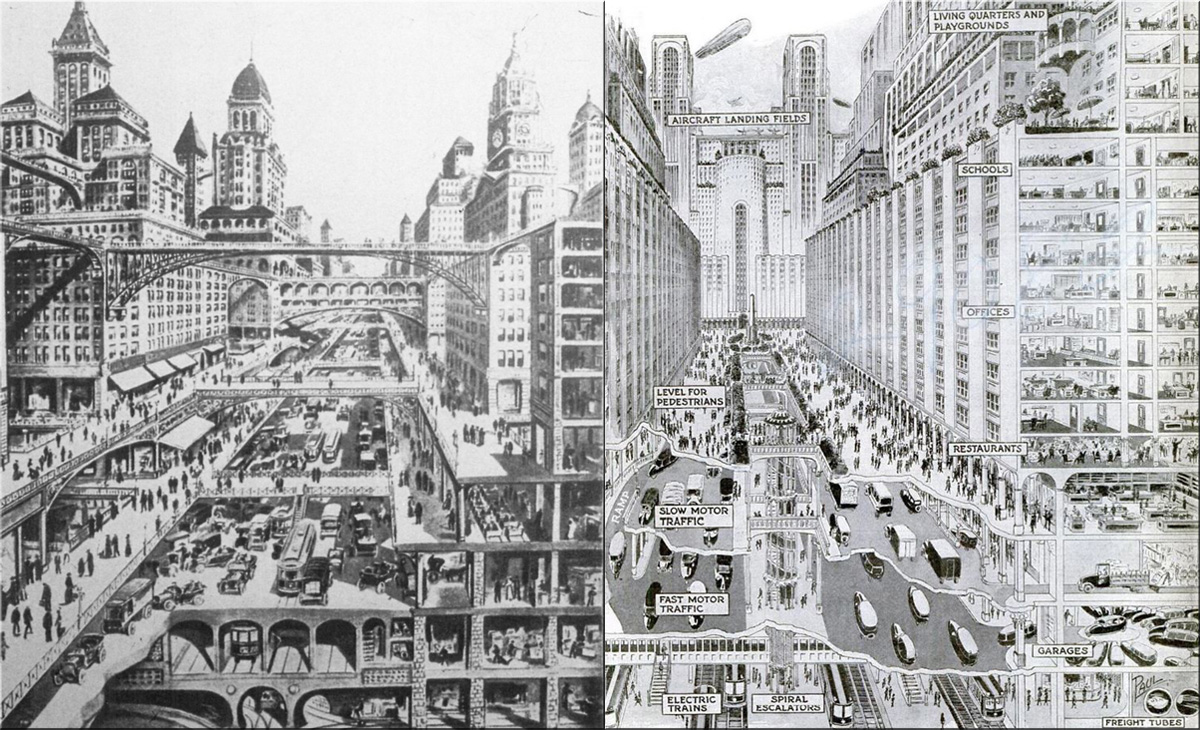 Since technology is constantly advancing, the possibility to build higher progress with it, so when the skyscrapers of the past are not satisfactory anymore with their height, they are being demolished and in some cases being dumped into the ocean. Concurrently, polluting the ocean and the marine environment. If the skyscraper is sustainable and self-containing as it is constantly being stated, it is ironically harming the environment outside of its walls, but then again it was already noted that the skyscraper does not link itself to the outside world. Providing all the environmental conditions for the ones within, if it is sustaining, it is only itself.

If this verticality will continue dominating the world, leading it further into the future, the world will eventually turn into what Hugh Ferris called the womb of Manhattan. A city that engulfed itself into vertical isolation... 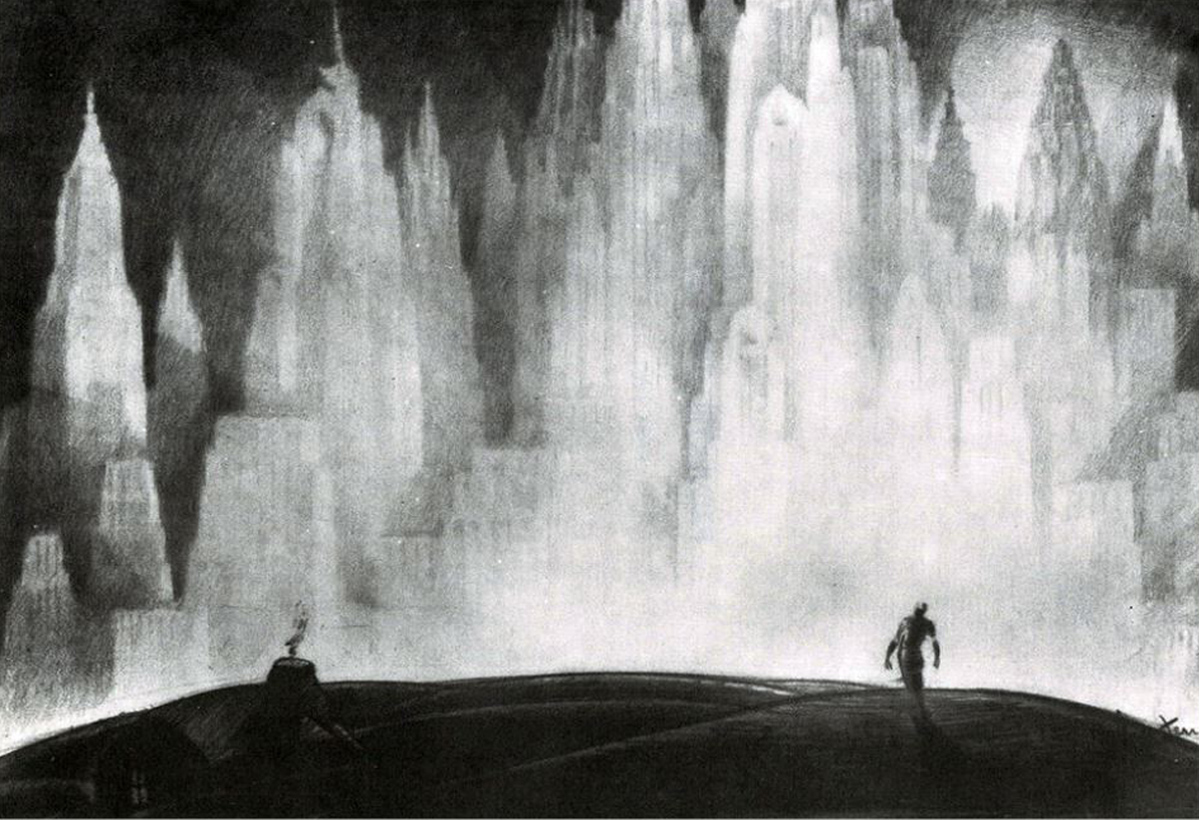 The metropolis of Tomorrow the womb of Manhattan Hugh Ferris 1929.