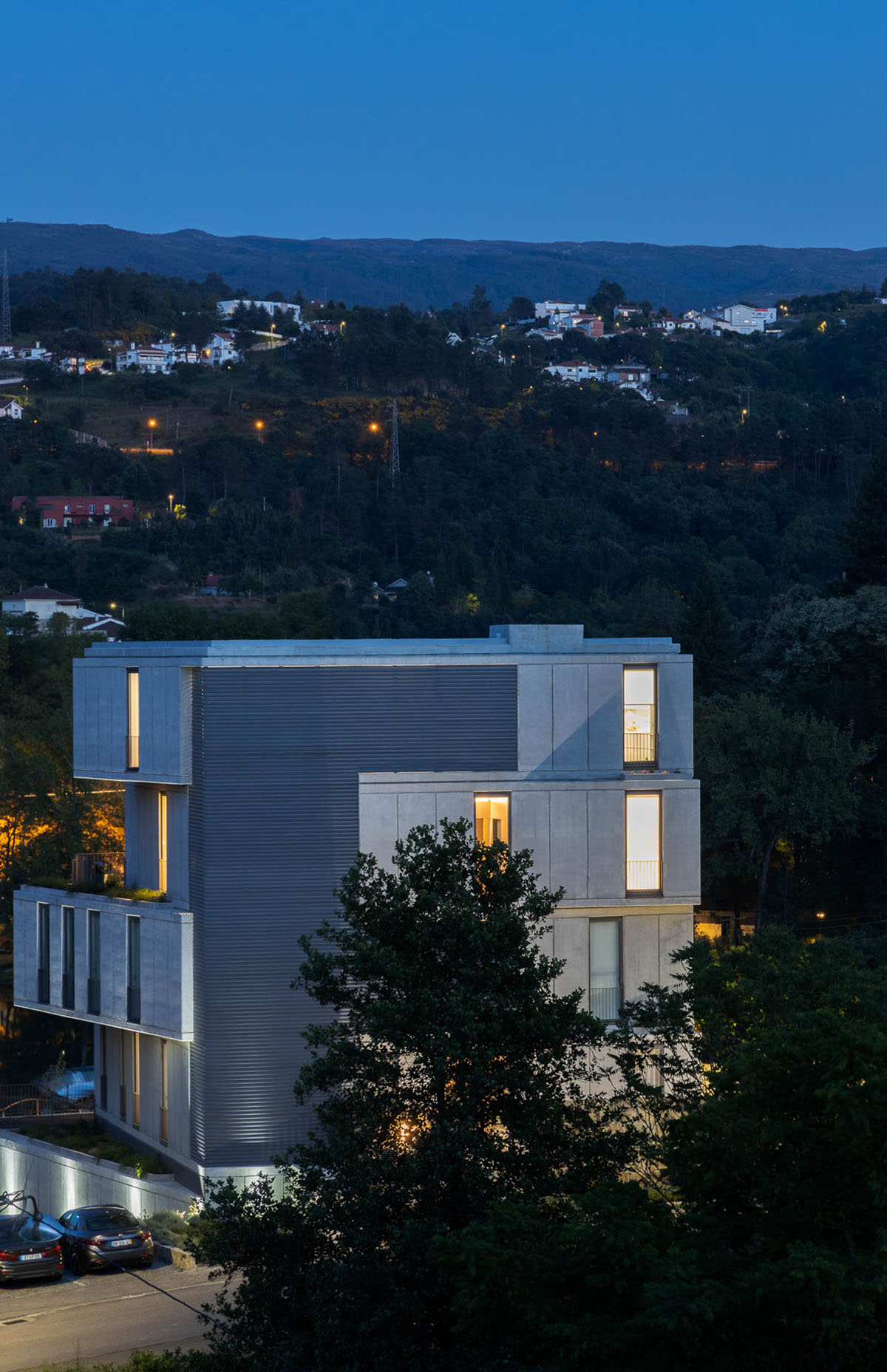 A concrete building sprouts up and off the ground as it rotates upwards, its beauty revealing itself as its floors gain light and views over the Tâmega River. 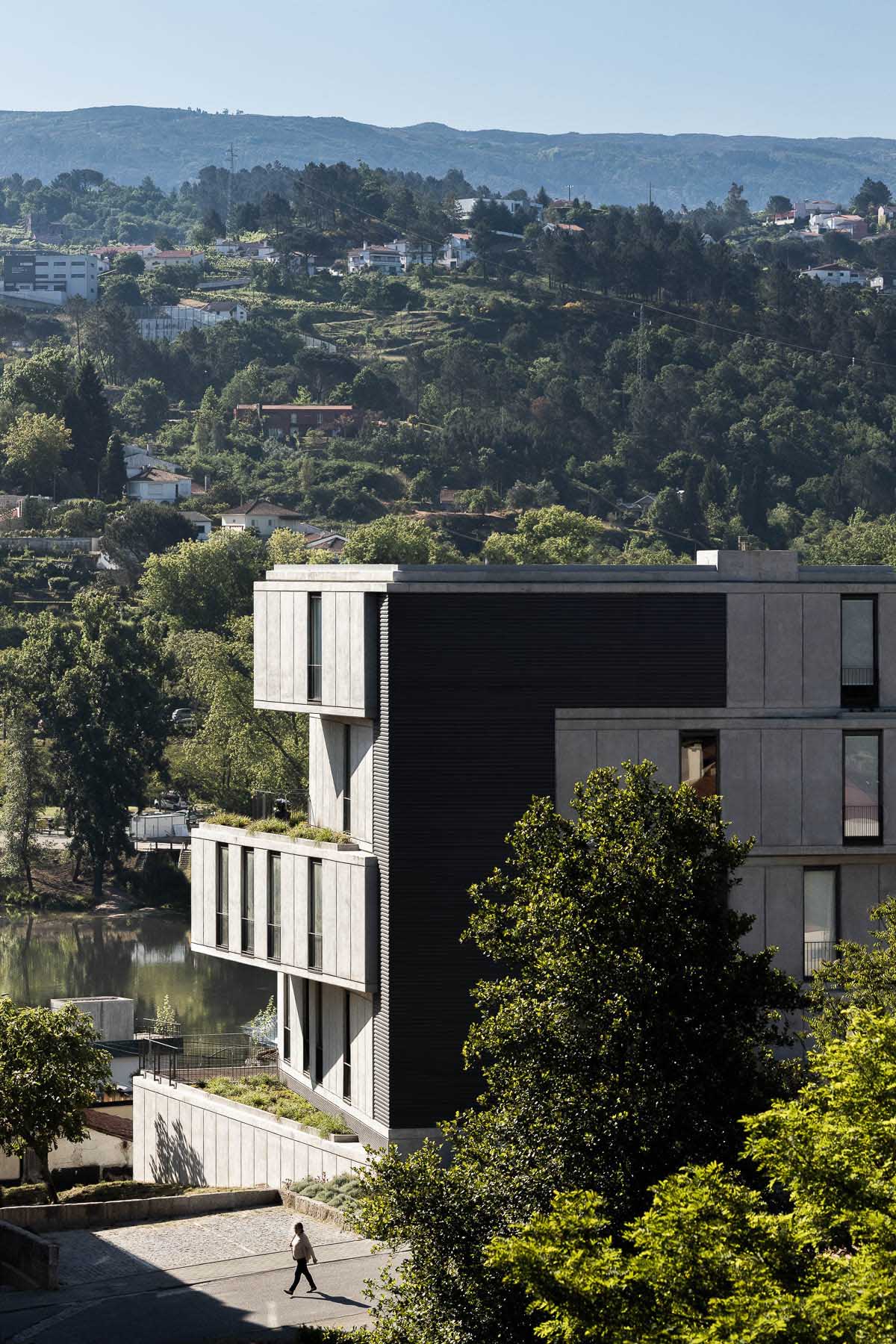 Is it a brutalist bunker or domestic architecture? The structure built entirely out of concrete near the above mentioned river in Amarante, was designed by atelier Just an Architect, lead by Portuguese architect Joao Abreu. 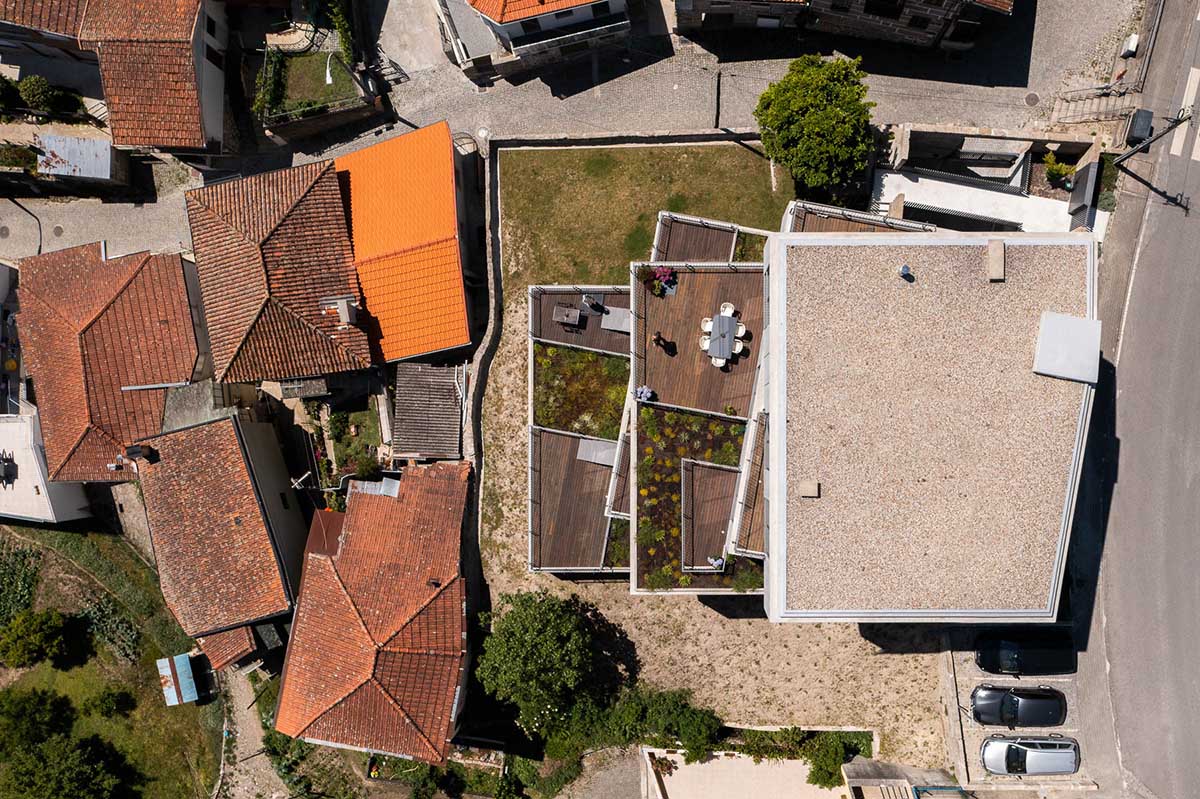 One could say that the site meets two distinct scales urbanistically speaking. To the North, the scale is that of four and five storey buildings - to the South by the intersection of an access road to nearby Rossio Park - the scale changes to a two-storey scale and single-family dwelling typology. 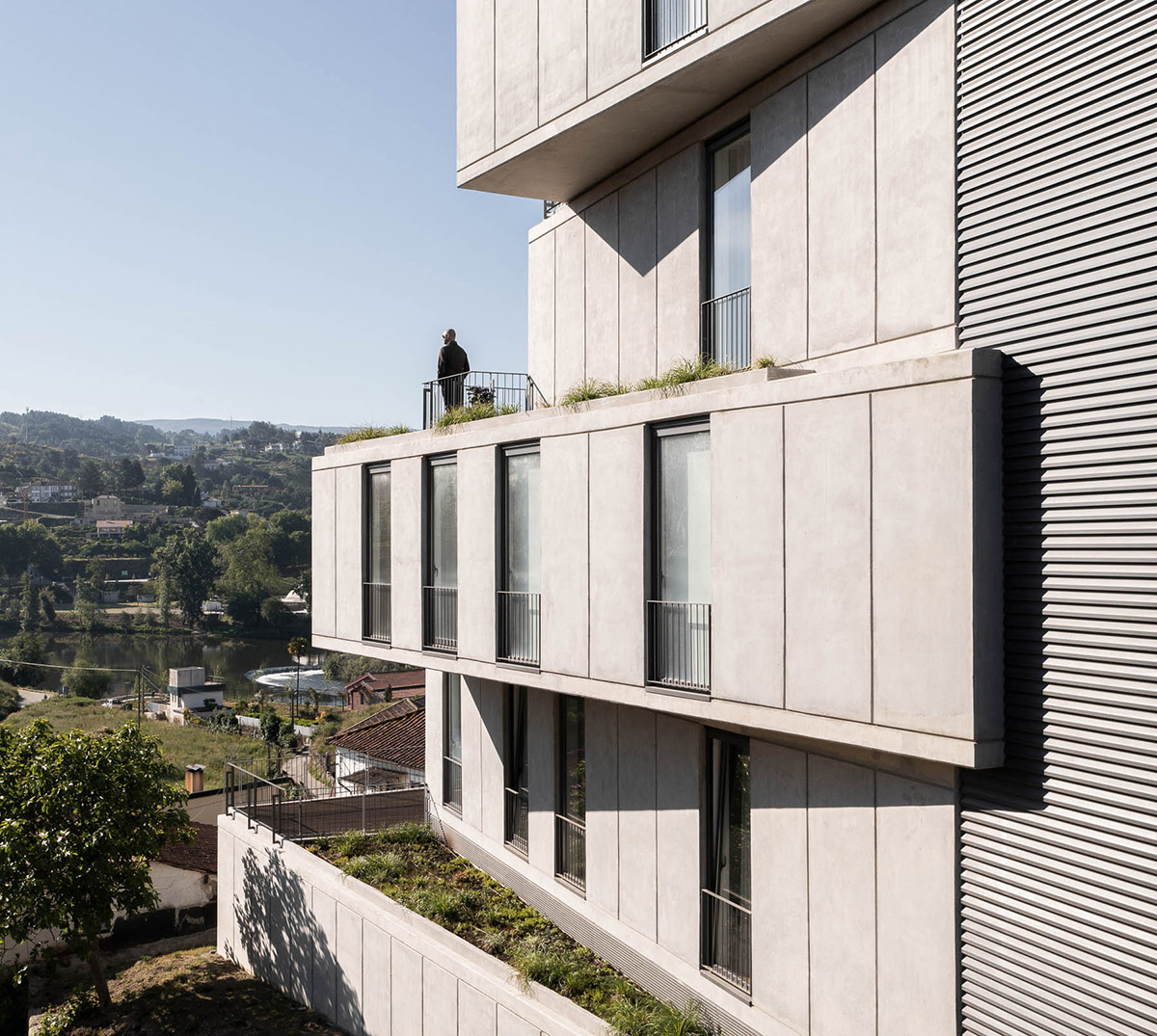 Thus, there are no rigid angles trying to relate to the various nuances of the surroundings; the architects' design actually rotates the floors taking this displacement to four distinct elevations creating particular movement and shadows. 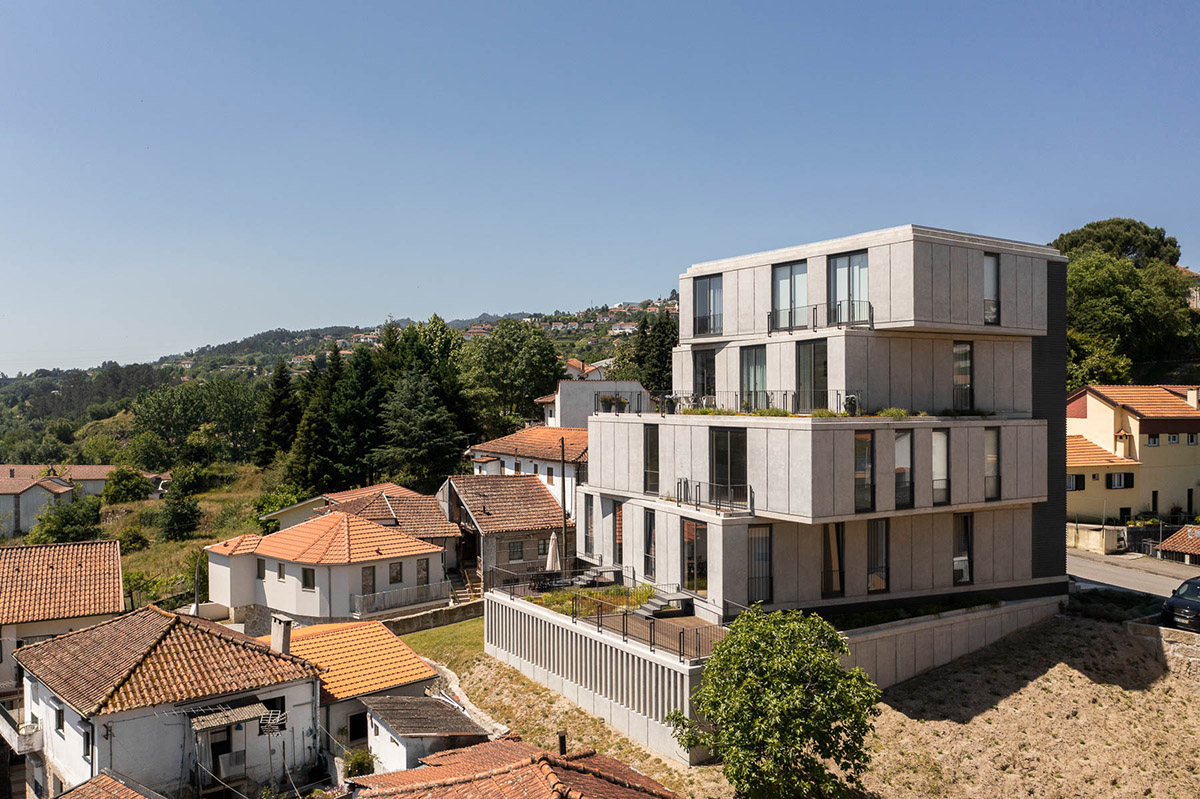 This rotation allows for a set of different experiences in which each of the apartments' orientation are different; with different points of view in a dialogue with the surrounding landscape. 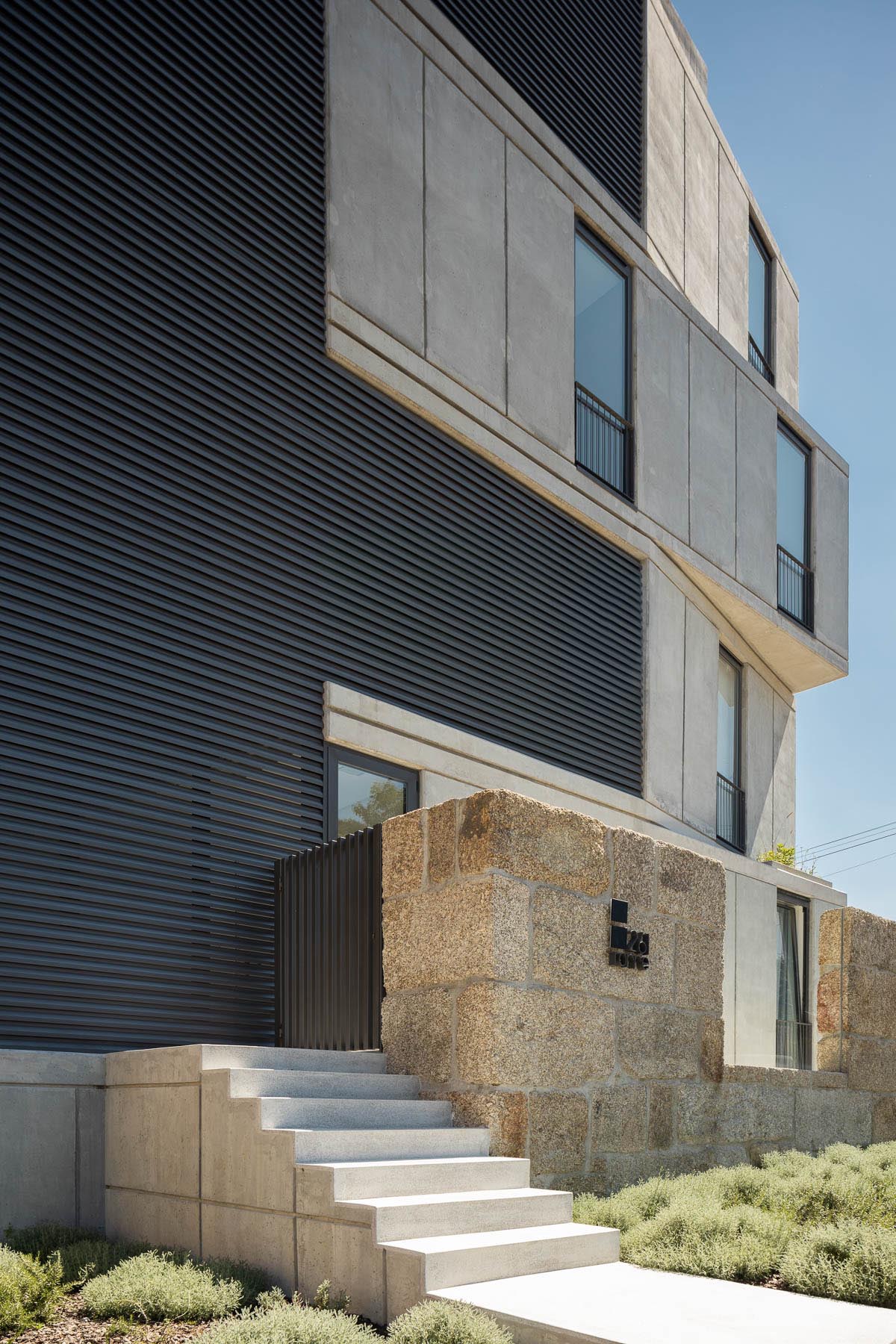 The building's development on the ground floor follows the angle that the plot renders towards the source, starting from that point the twists of its center assuming the vertical communication core as the element that puts together the whole in an honest fashion, in relation to the fronting street - a regular shape, but with its visually permeable cladding material, revealing building layers in the remaining elevations. 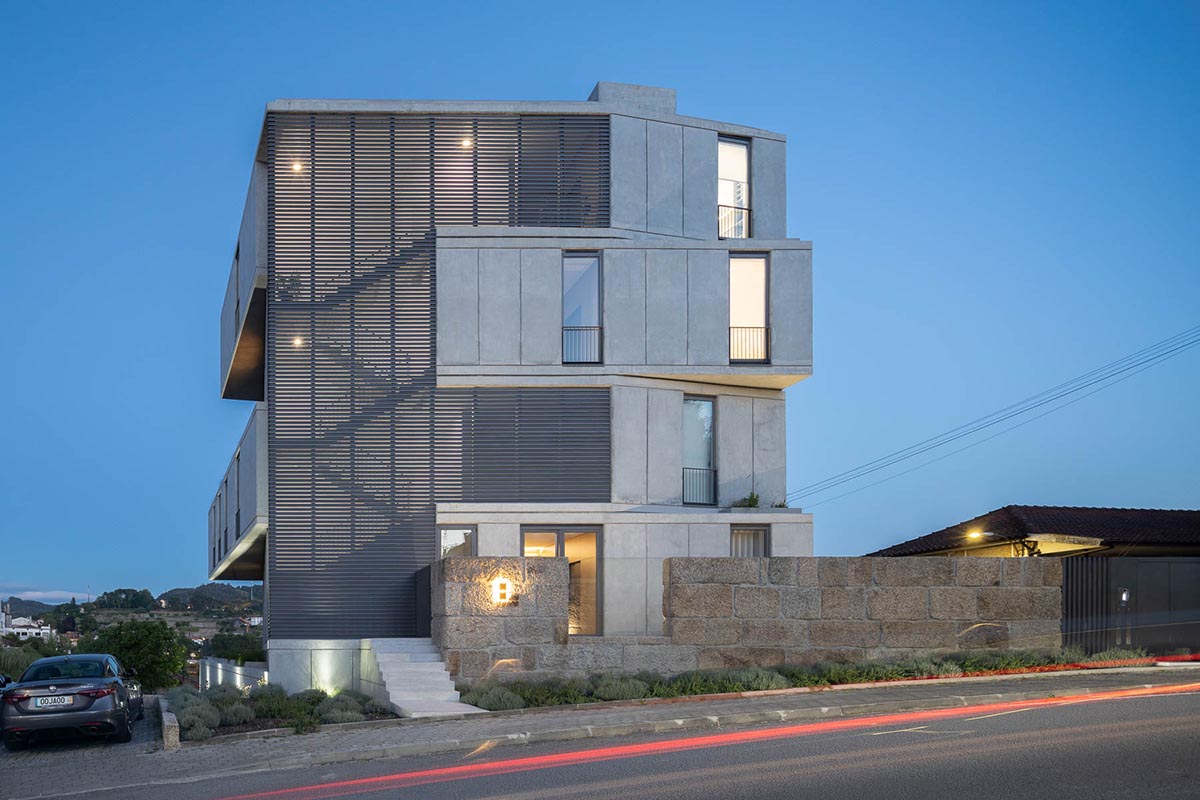 The design was developed across the terrain, rather than along it, allowing a greater use of sun exposure as well as a lesser need for earth movement.

The form taken is based on an understanding of the setting and its surroundings. The ground floor seeks a more honest relationship with the ground - a lower leve l- taking on a regular plane in relation to the street fronting the site, and thus allowing other floors to reflect the various influences of the surroundings, creating different framing points for each floor and the dwellings, giving them a unique and distinctive character, with each unit being an element with its own identities and characteristics. 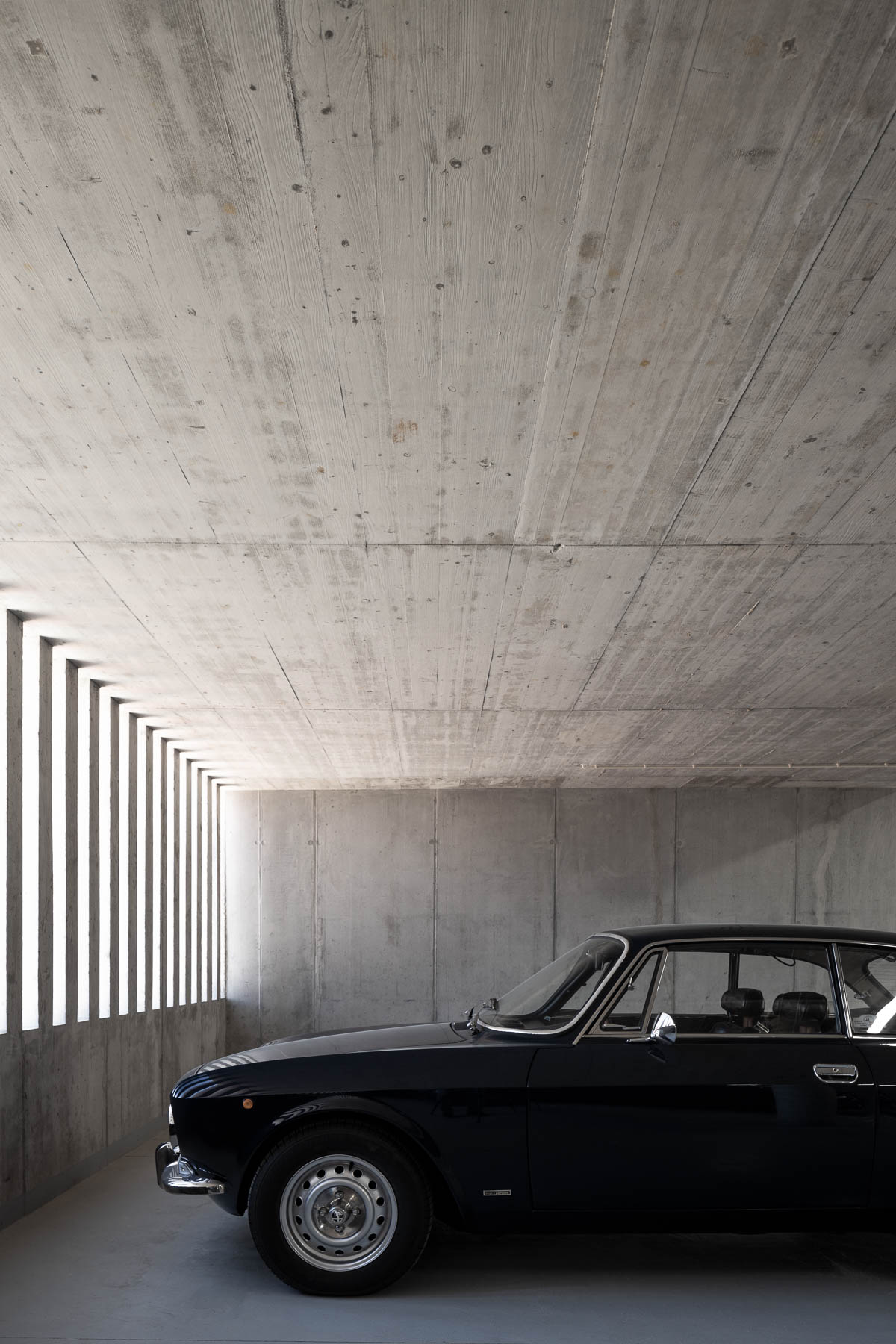 Even the parking garage has playful characteristics; volumes of shadow and light. 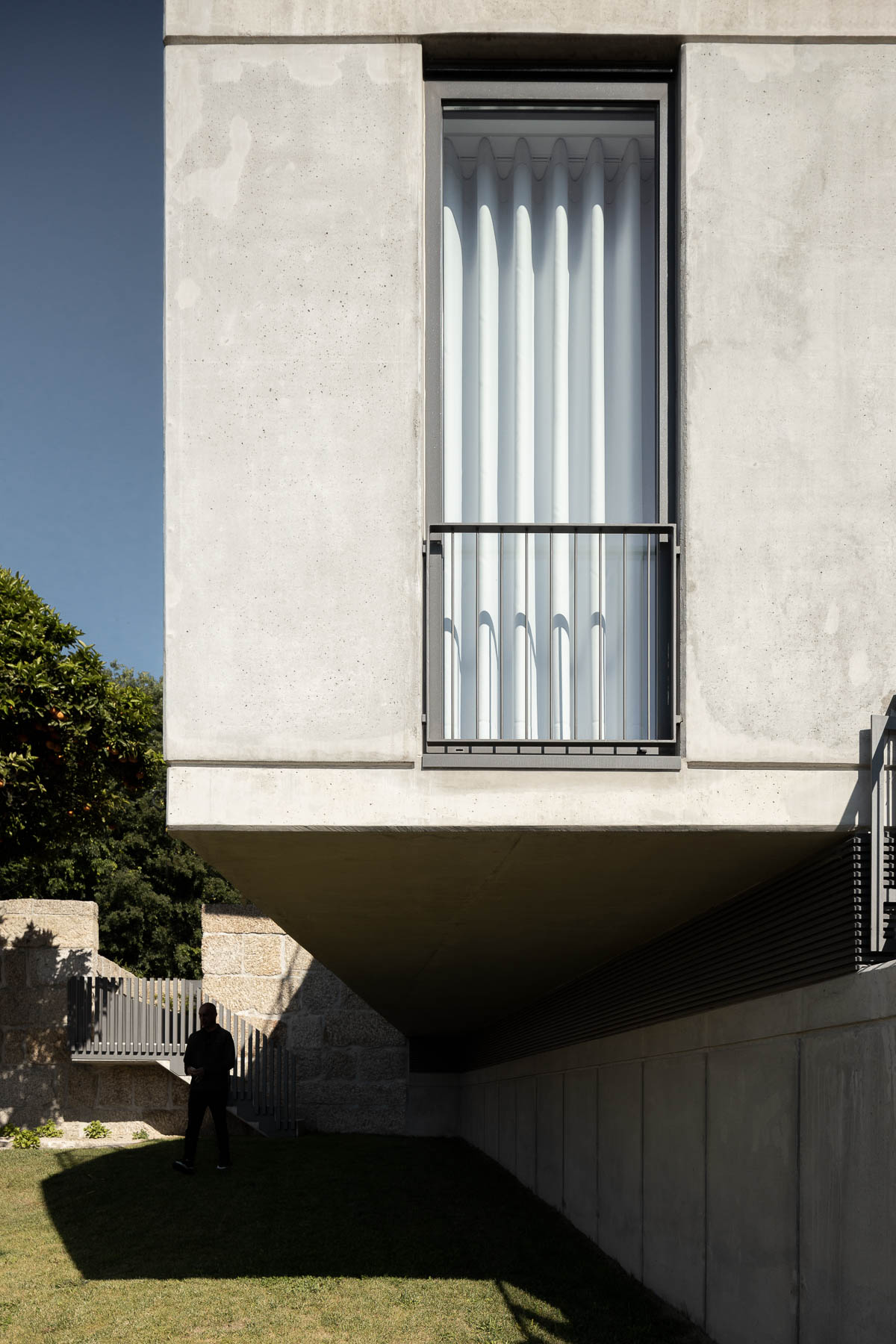 This play of its volumes not only results in distinct landscape framings, but also allows for unique outdoor spaces, as this space is always intimately linked to the relationship between the roof on the lower floor and the pavement on the upper floors. 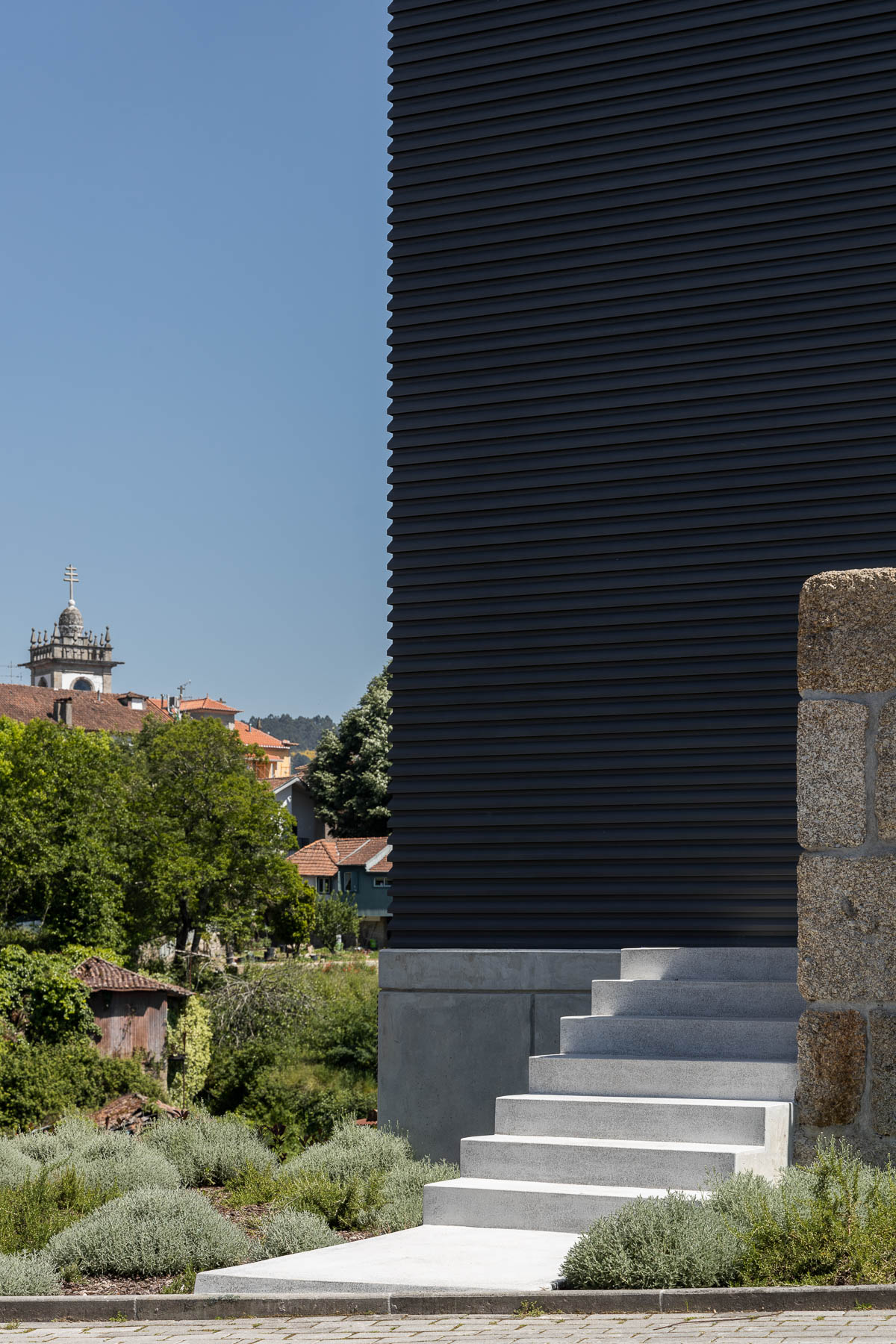 In this context, the stairwell and vertical core play an important role as they define the street front, adding the floors and grounding an elevation very much marked by the movement and tensions resulting from these torsions. 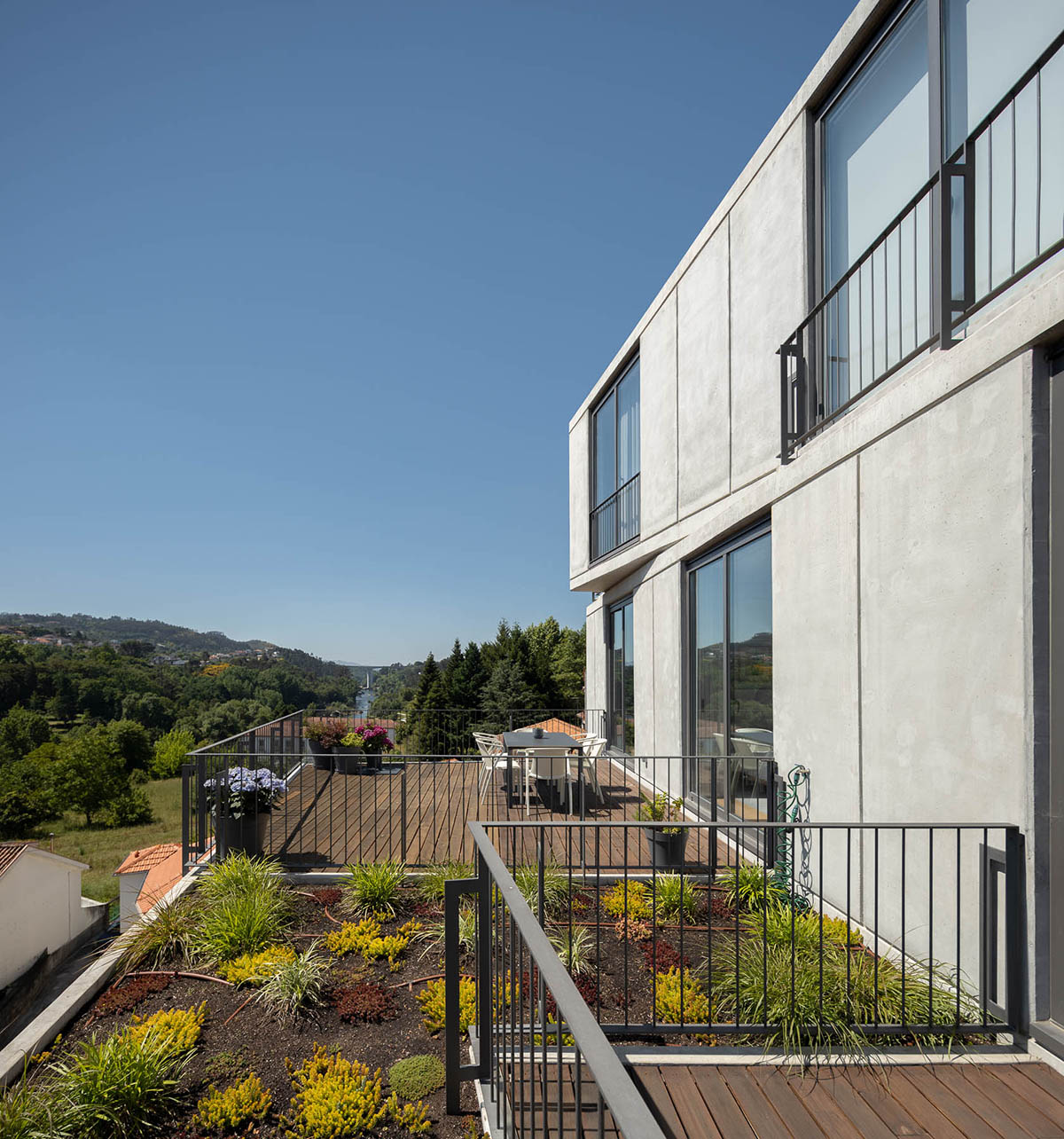 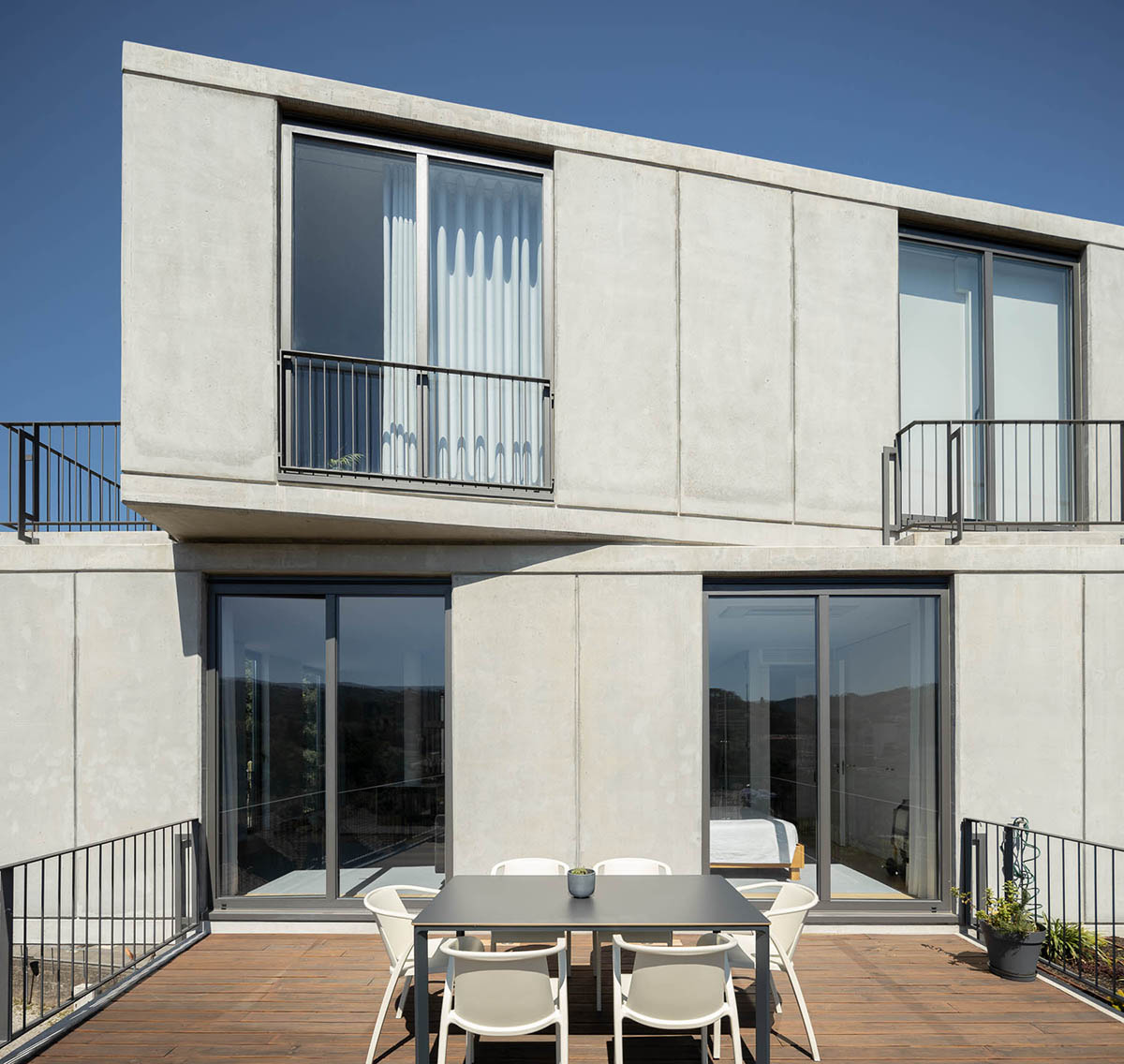 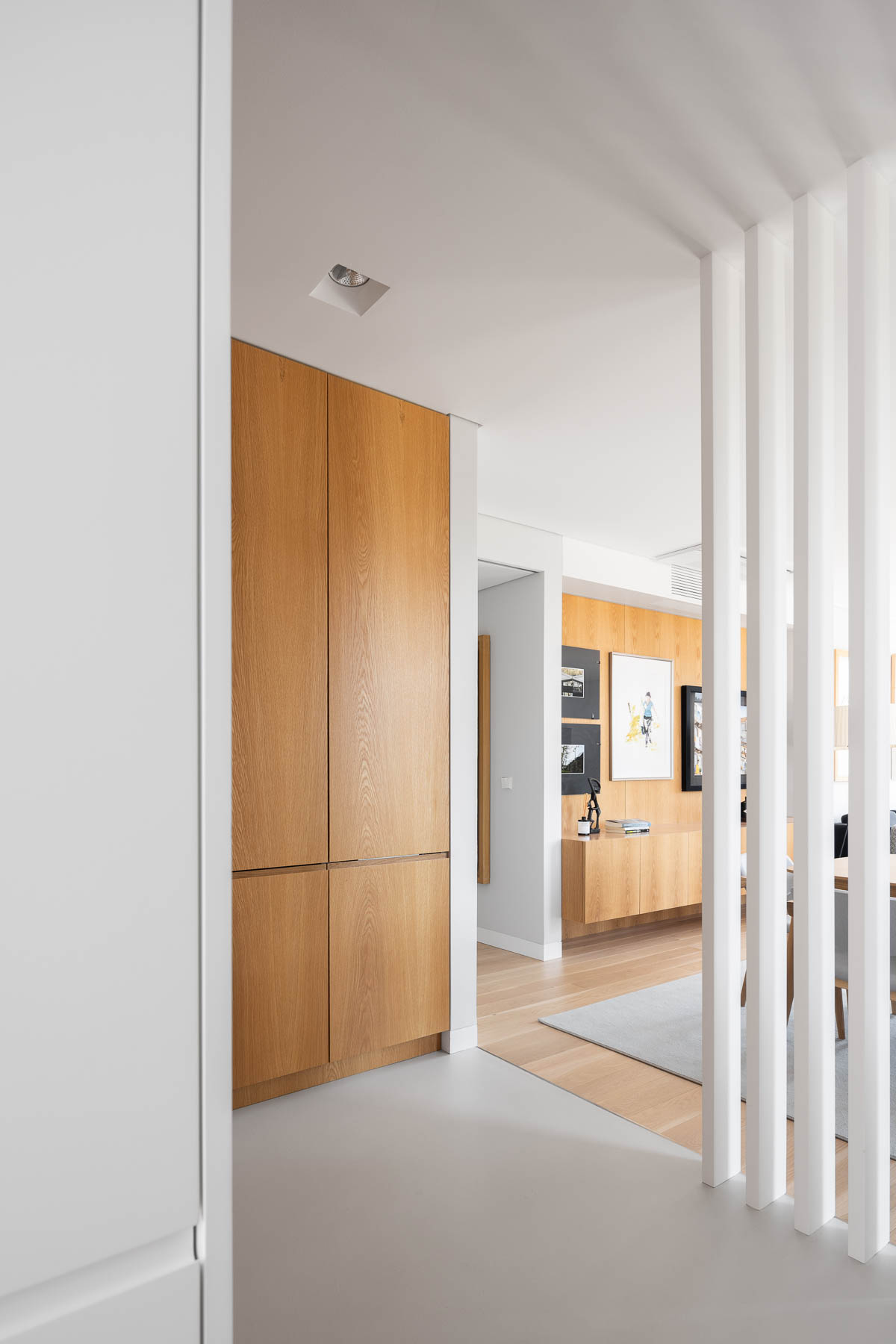 The program includes 4 two-bedroom and 2 three-bedroom apartments. The 2-bedroom apartments draw their circulations inside the floor, thus always leaving the façade area for the bedrooms, allowing them to be in contact with the landscape and integrating it in all rooms. 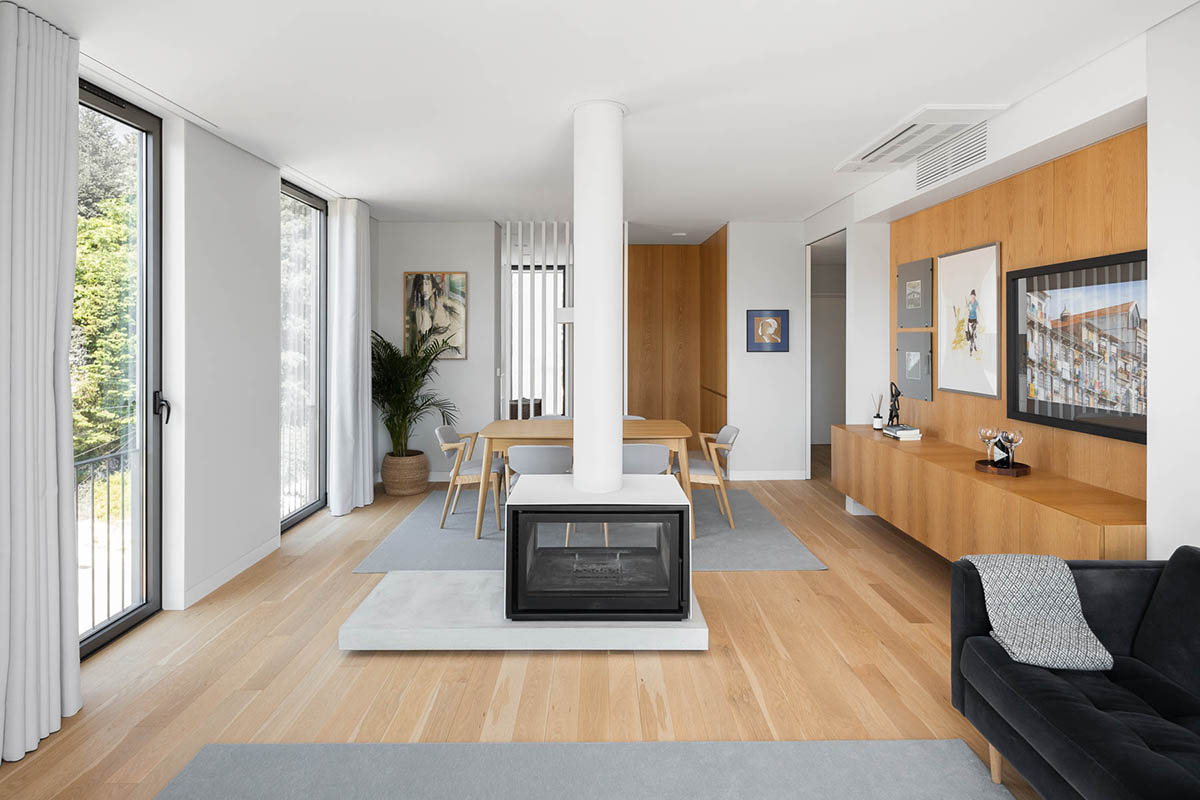 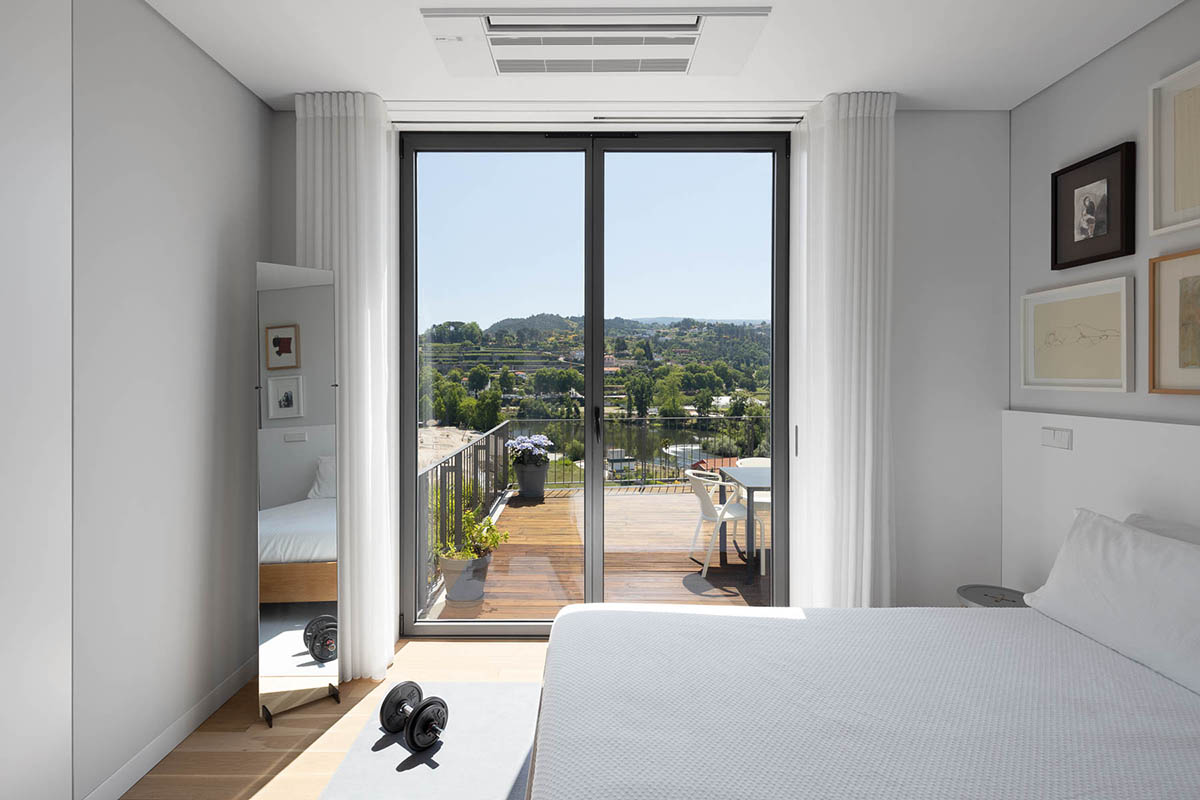 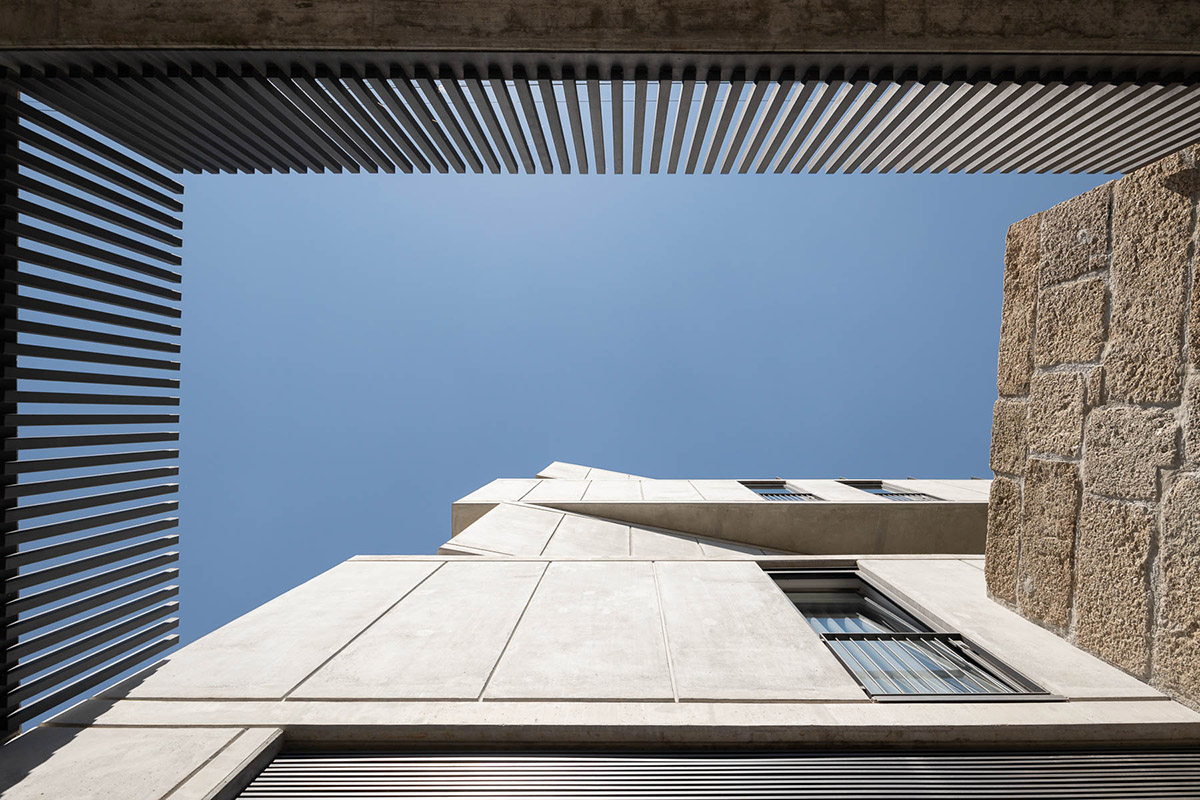 The landscape integration concept was transferred to the 3-bedroom one, in which case the fact that it occupies the entire floor allows circulation immediate from the entry hall of the house to clearly define the most public and most private spaces of the house, respecting its treasured privacy. and serenity. 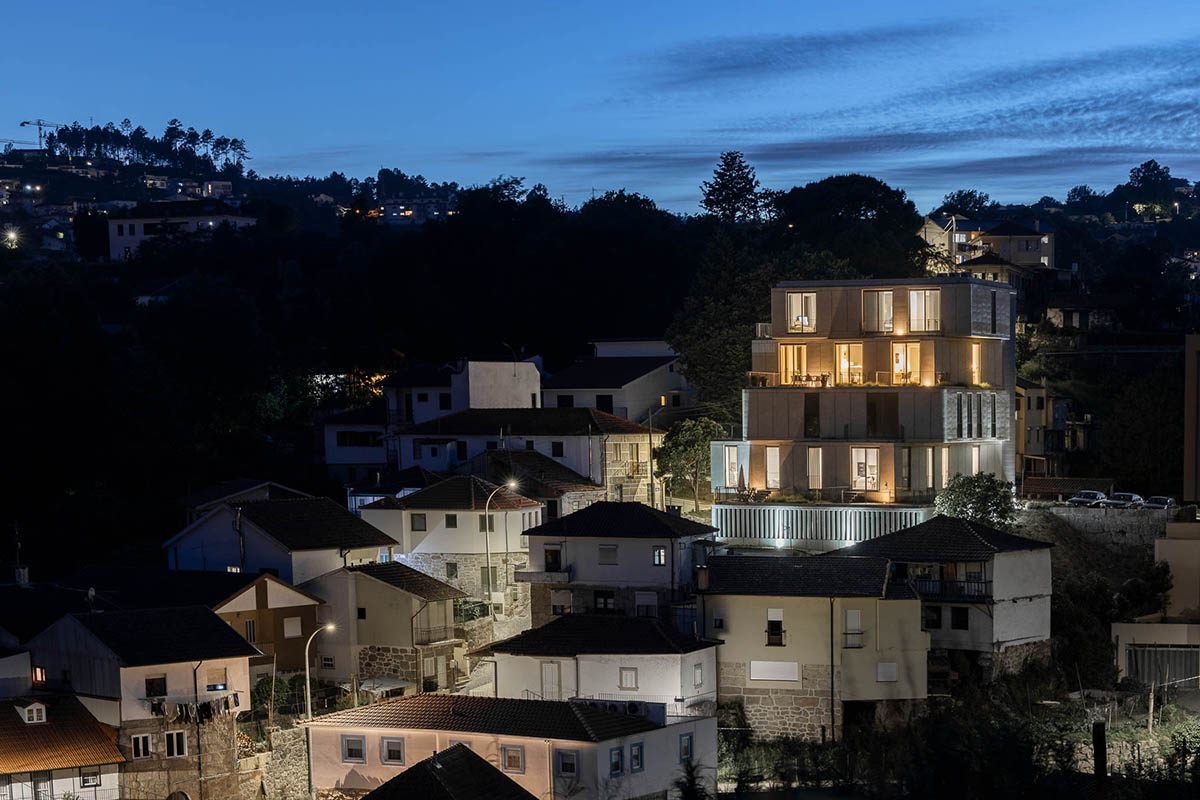 > via Just an Architect