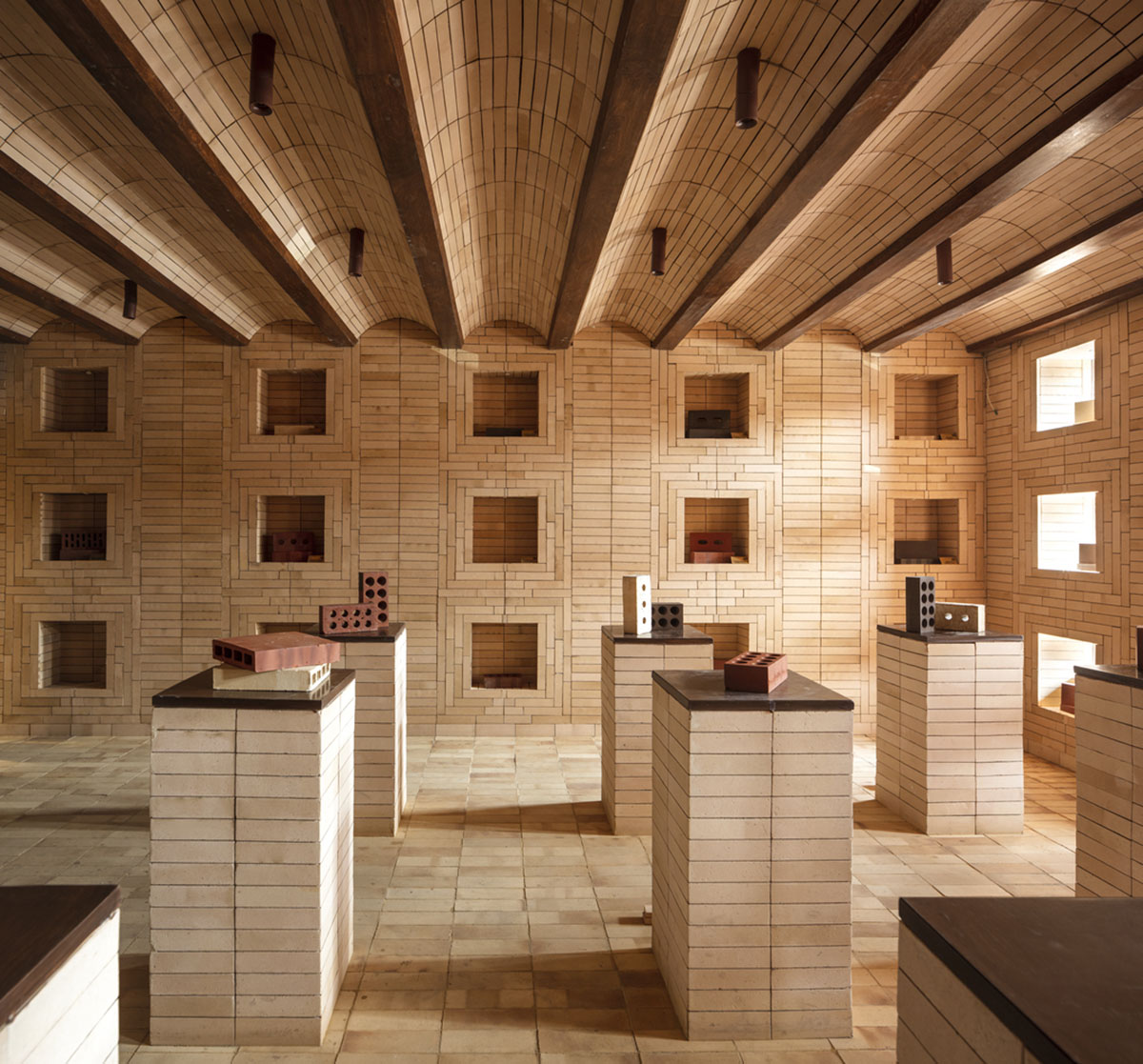 Indian architecture and interior design studio RENESA Architecture Design Interiors Studio has designed a showroom that celebrates the "most resilient fundamental of feature of material in construction" in New Delhi, India.

The project, called The Brick Bond Showroom, showcases different hues and textures of brick used in both inside and outside. Located in New Delhi, the project makes the brick material as the protagonist of design as its visual storytelling for all of posterity to behold. 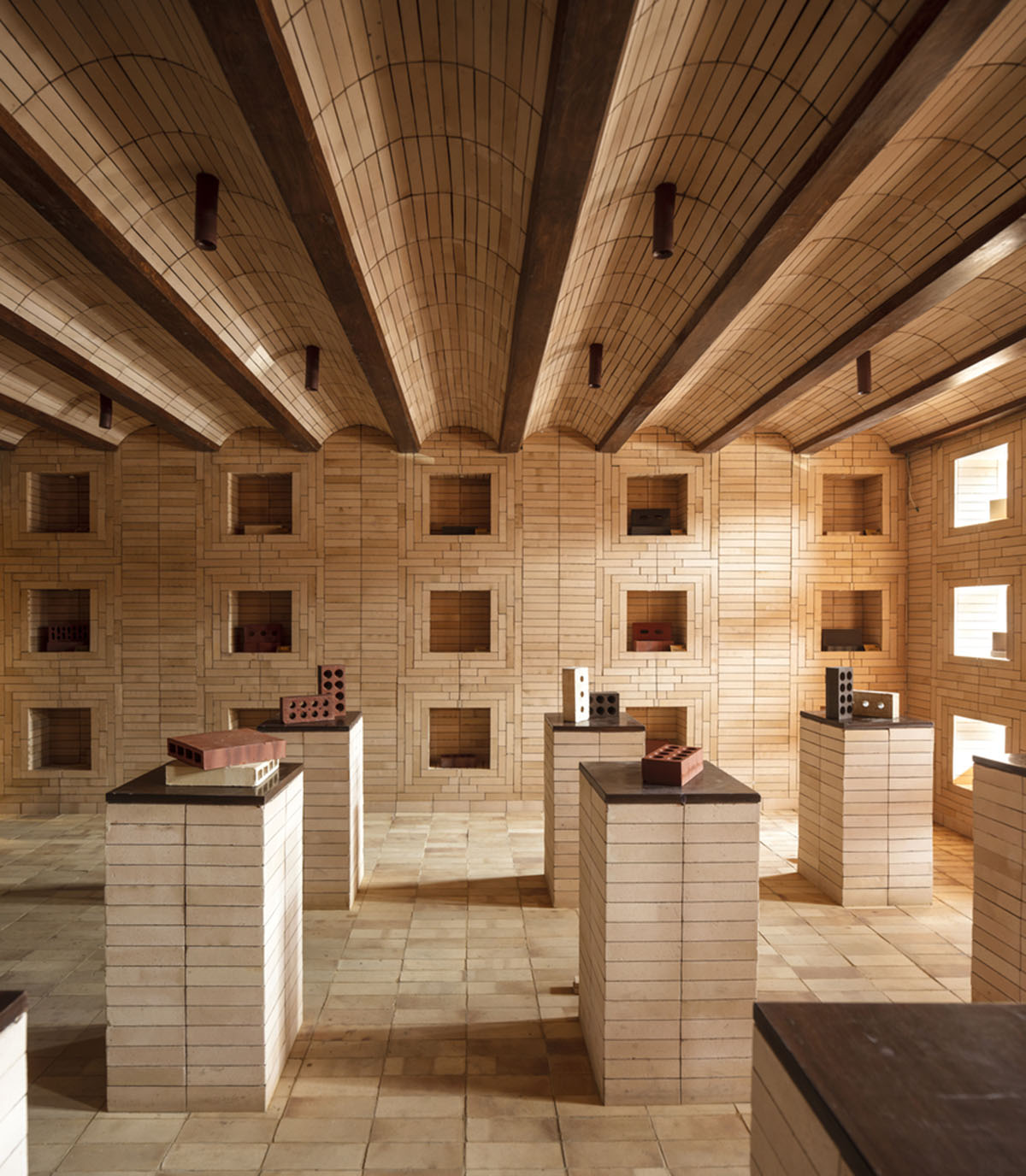 Designed for Jindal Mechno Bricks group, an Indian leading manufacturer of machine made bricks, unglazed ceramic cladding tiles, brick pavers & hollow blocks since 1972, the project features punctuated holes within the showroom to be used as shelves, while thick brick columns are used as another type of shelves that are made of brick modules.

"The humble yet most resilient fundamental of construction conjures an ingrained and palpable narrative that permeates the very walls of the space," said RENESA Architecture Design Interiors Studio. 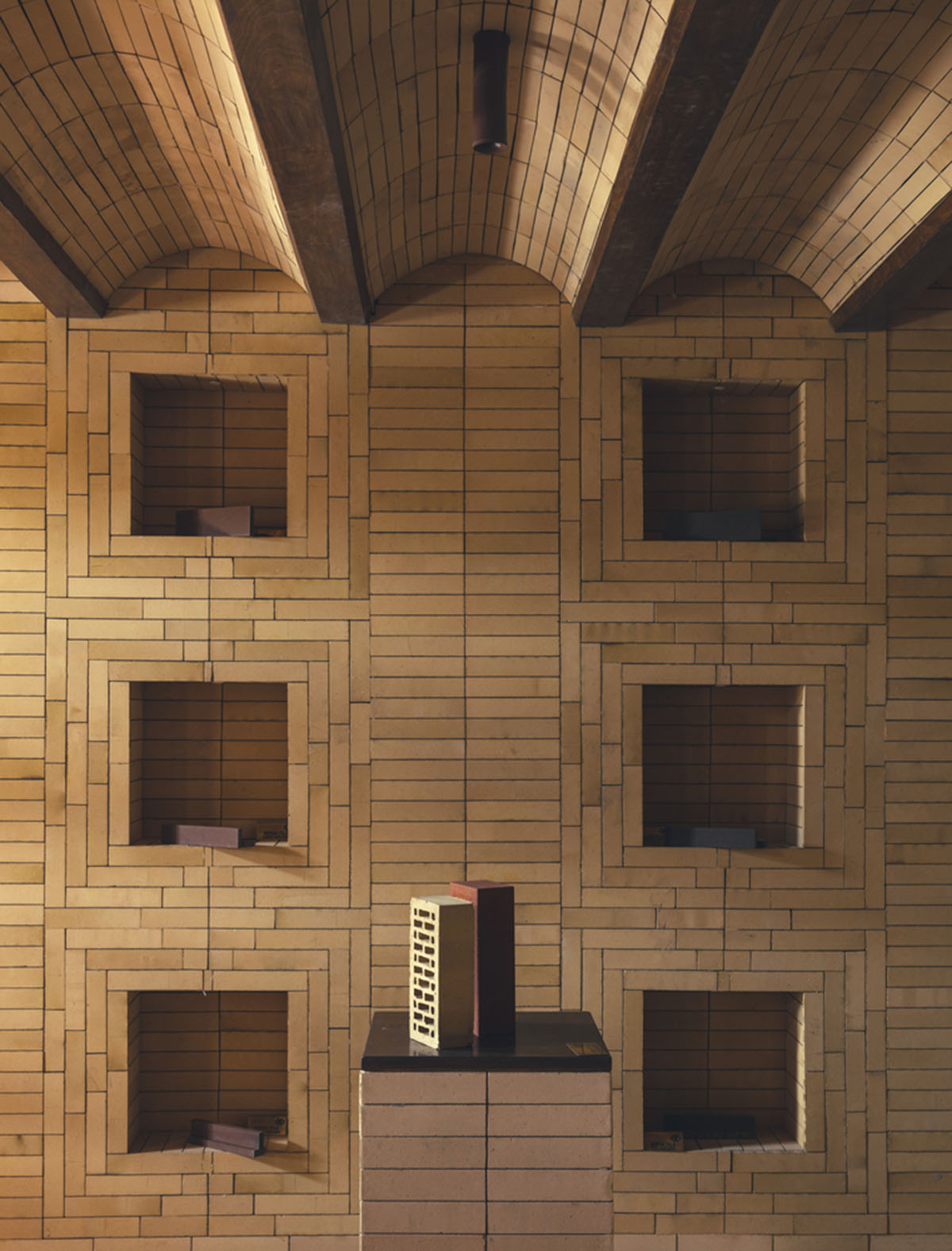 Based on over 50-year experience of the company, the client intended to showcase the use of brick with "a thematic and modular design identity, an evolving yet congruent architectural language that could dot any retail outlet nationally and globally."

Starting from inside to outside, different textures and hues of brick are layered in different forms that create its own pattern. While the windows are pushed inwards, they increase a depth using four levels of framing. 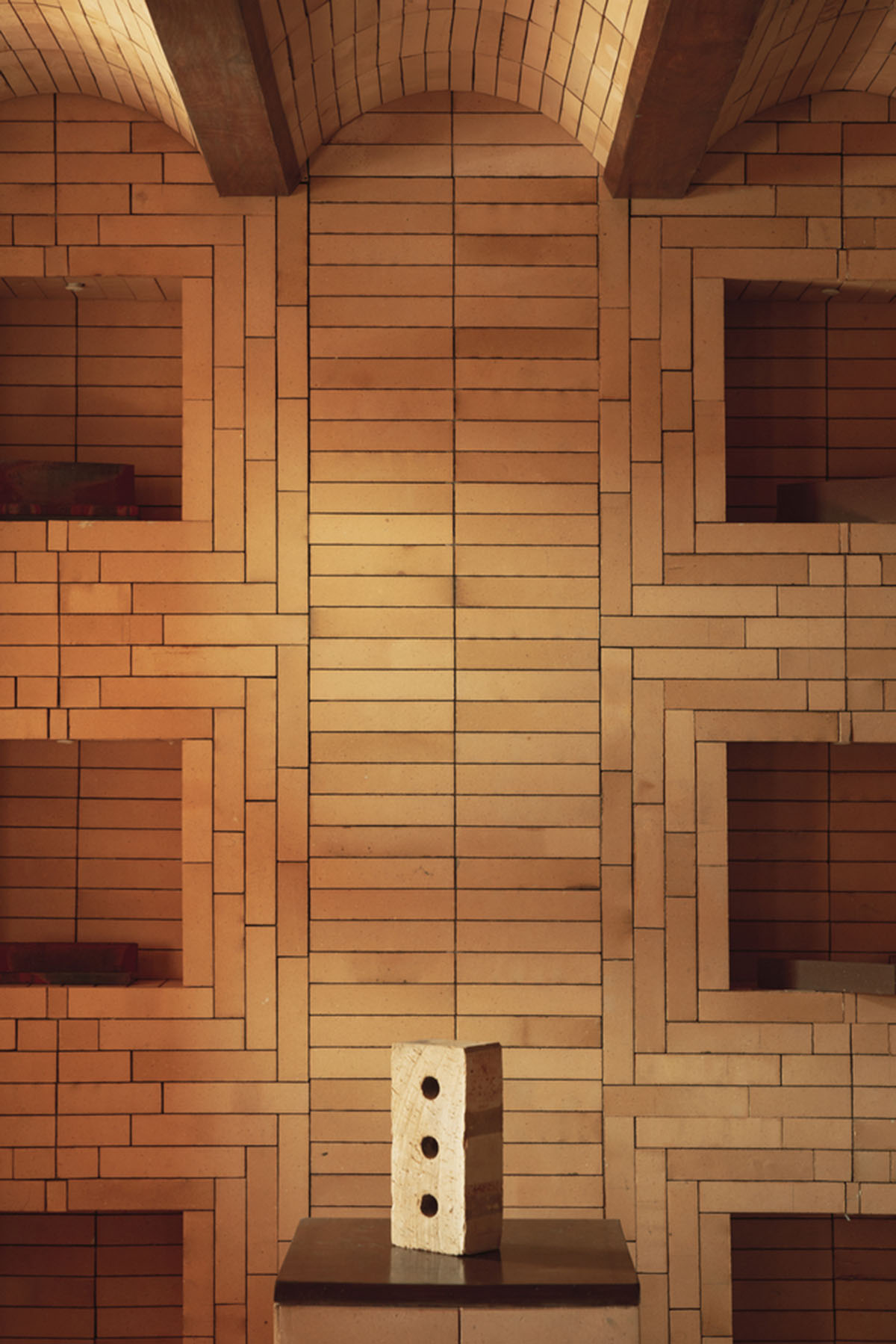 According to the studio, the façade is the primary interface of a visual connection that patrons establish with a retail destination.

"The unassuming and uniformly punctured elevation alluringly beckons one through its portal, headlined by the overlay of brick architecture — a maneuver that allows the core material to don a focal role in a trice," added the studio.

"As India’s foremost brand of modular bricks and with a celebrated legacy of its craft to be carried forth, the design impetus pivoted around the conceptualization of a resonant ‘Brand Architectural Ethos’ that could define the experiential centre at hand and venues the world over." 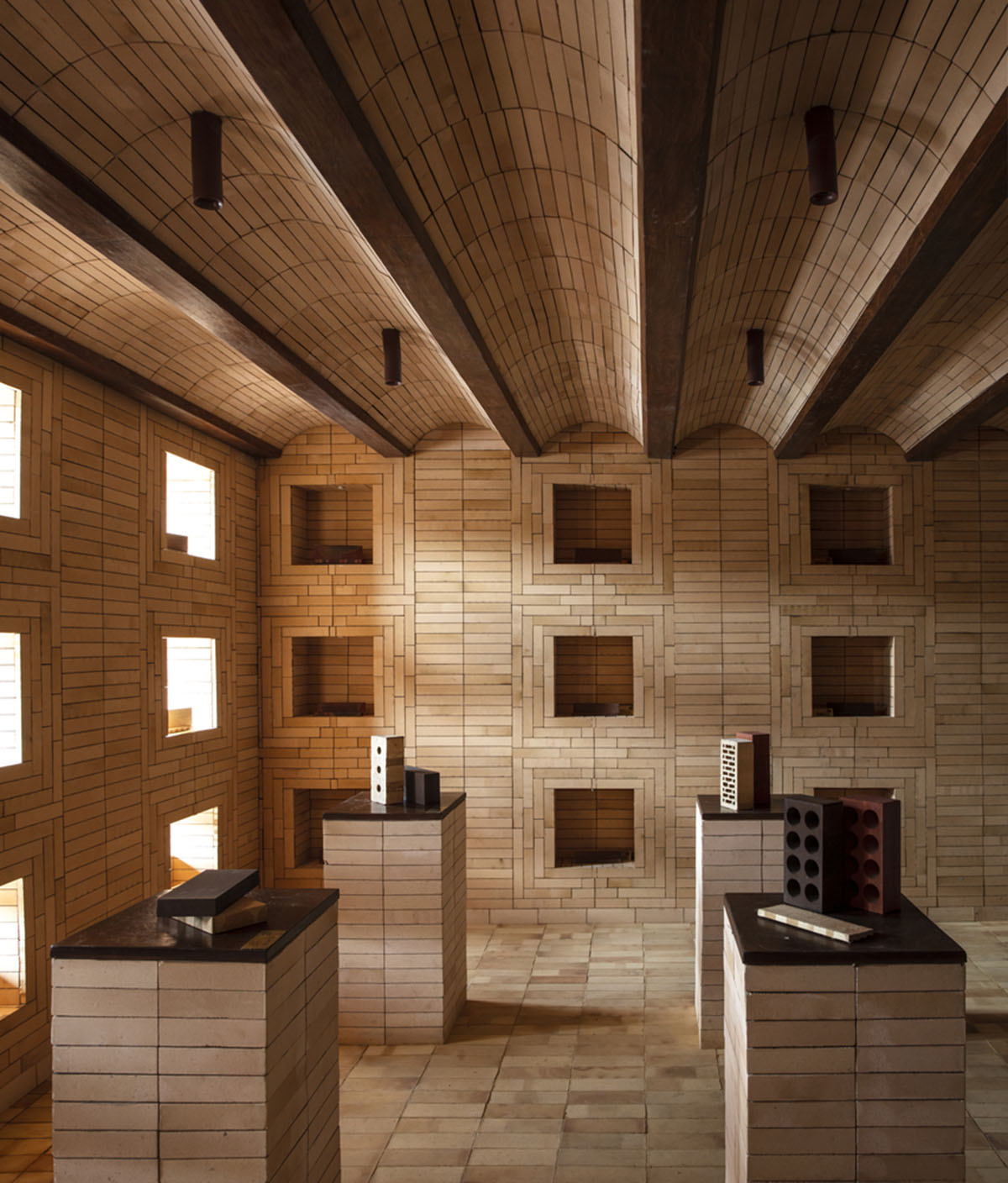 The design team focused on the lifecycle of each brick - starting from its earthly genesis to its firing, as the studio explained, "the interiors have been interpreted as a contemporary dive into the chambers of a classic brick kiln."

"Bestrewed in a lyrical concoction of a gamut of earthy hues and laying patterns of brick bonds, the venue has allowed the bricks to become the true-blue protagonist in the spatial scheme." 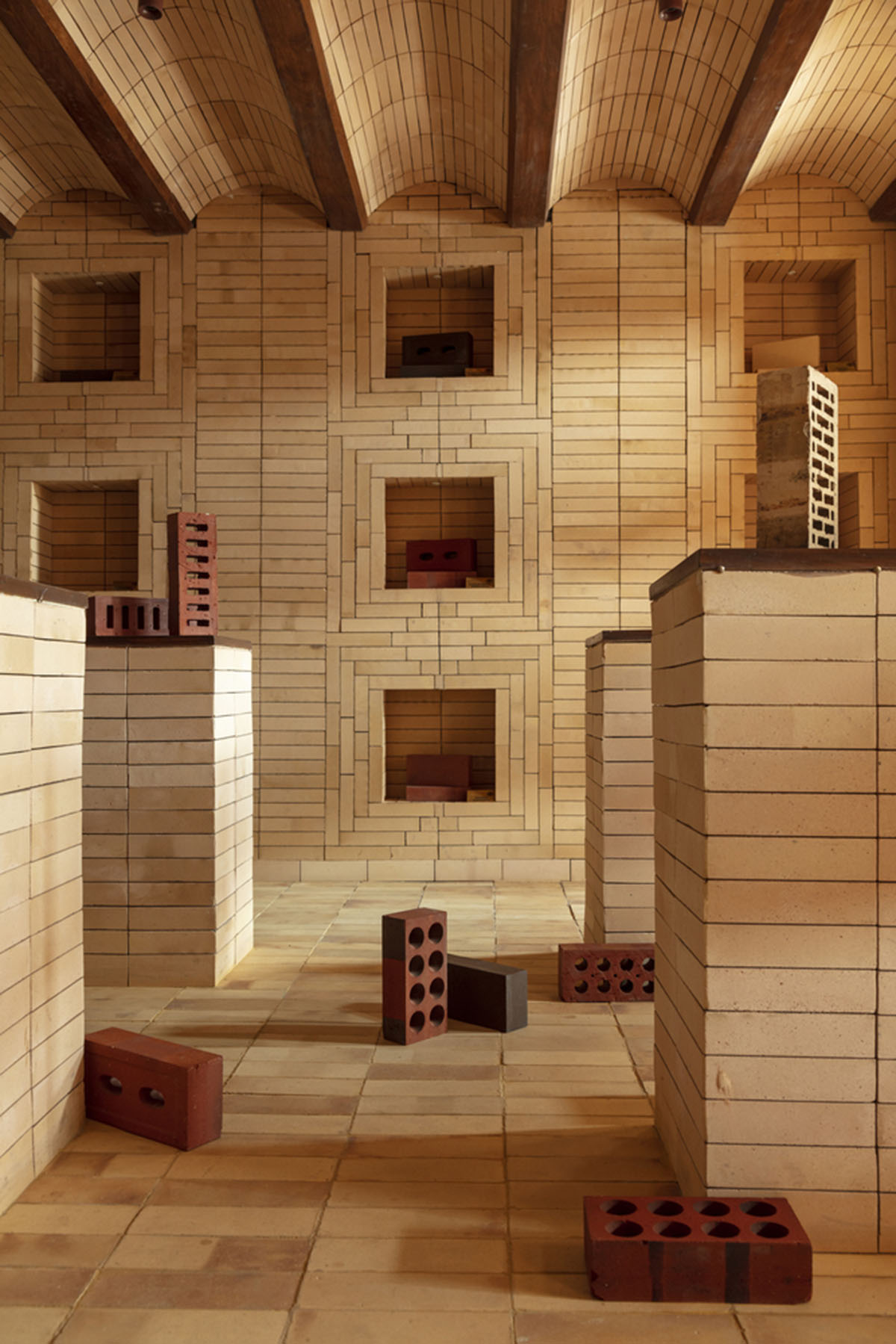 The interiors feature a warm spectrum of yellows, terracotta, browns and taupe, the floors, ceilings, while the walls are built from various brick modules that gain their distinct tints based on the firing levels the native clay undergoes.

The program of the showroom contains a proponent display area, and ancillary zones like an office, bathroom, and pantry section. In the project, the studio offers three distinct brick bond typologies, primarily across the façade, interior walls, floors, and the vaulted ceiling.

The main goal of the space focuses on exhibiting to the visitors how the material can be utilized in an ingenious and malleable manner. 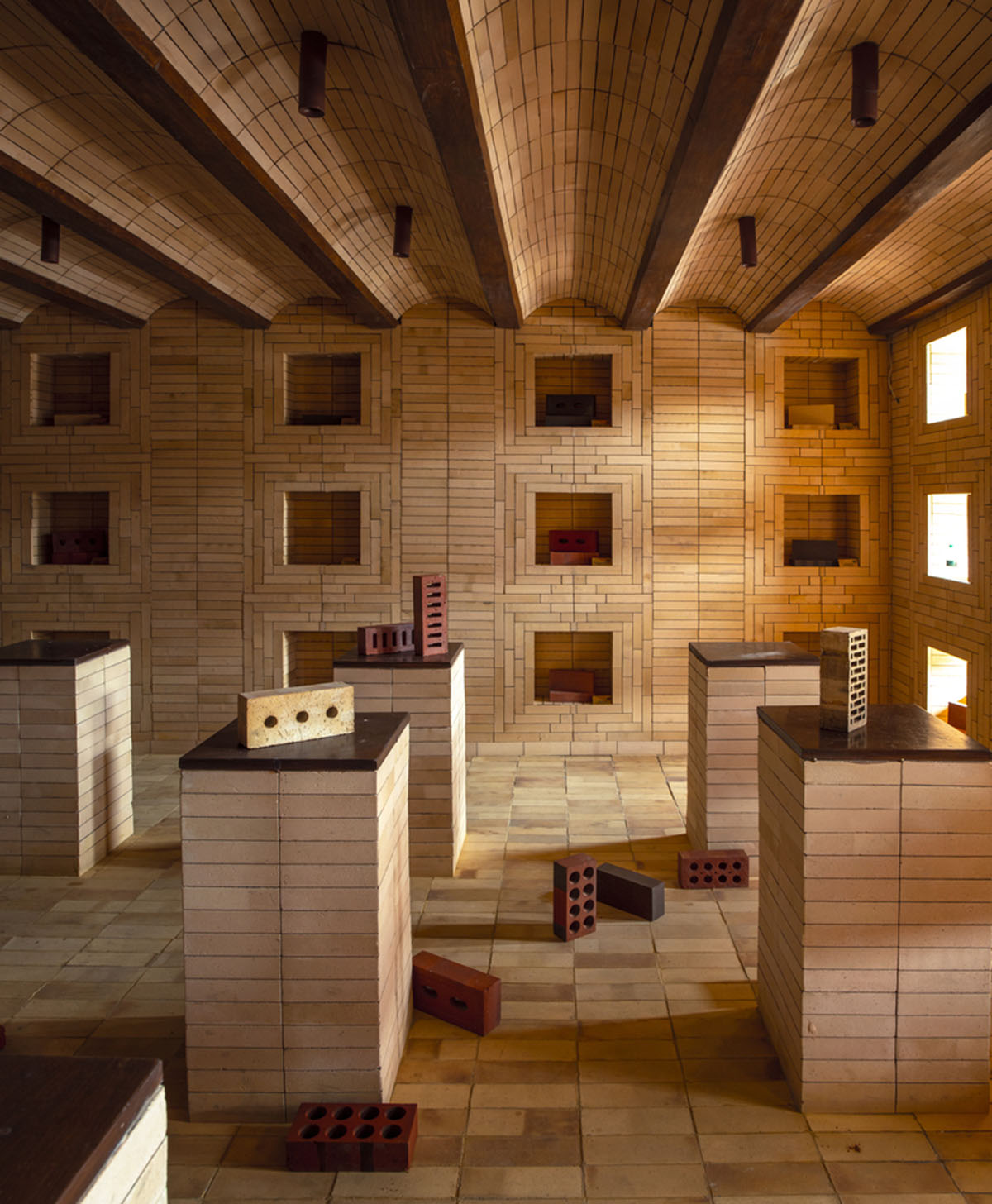 For this reason, the space creates a homogeneous presence, the palette dabbles in a range of umber tones which manifest as a repository of bricks that playfully engage in a tête-à-tête with light that percolates through the interstitial windows, creating theatrical strobes of diffused illumination indoors. An ennead of monolithic brick-clad pedestals emerges from the floors symmetrically in the heart of the layoutimbuing a sense of sculptural omnipresence, creating display surfaces for the catalogue of products. 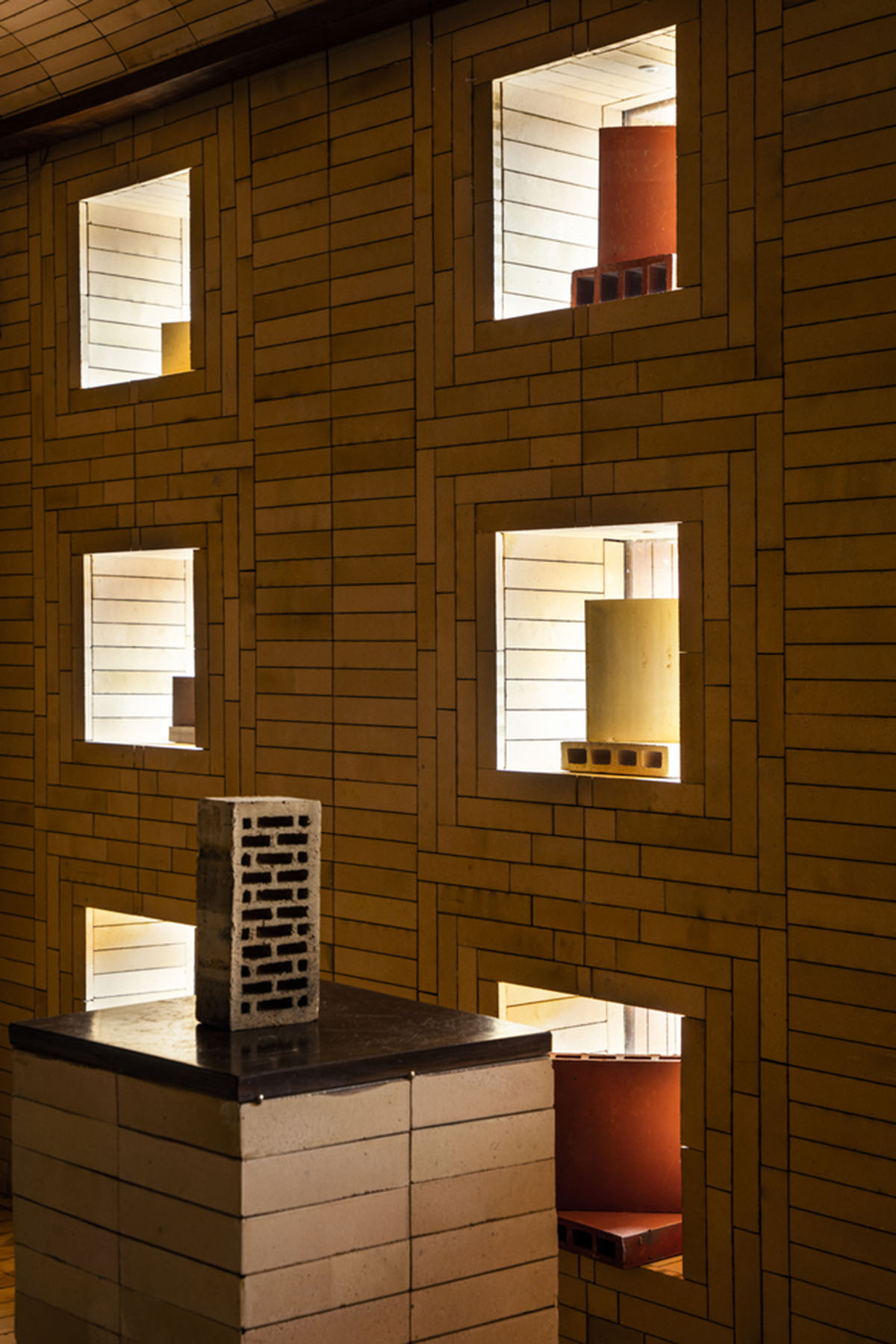 The studio added that "At the Jindal Mechno Bricks experience centre, the design algorithm pays homage to the layered history of the endeavour itself and syndicates its avowed future which brims with umpteen possibilities in the arena of construction."

"The elemental approach towards urging the utilisation of the building product itself in the designed environment allows patrons to connect with the sustainable, minimalistic, and timeless demeanour of the bricks. A space wherein the disposition is trademarked to be brand-specific and product-driven with its every weave while tying in with the proud homegrown ‘Make in India’ initiative." 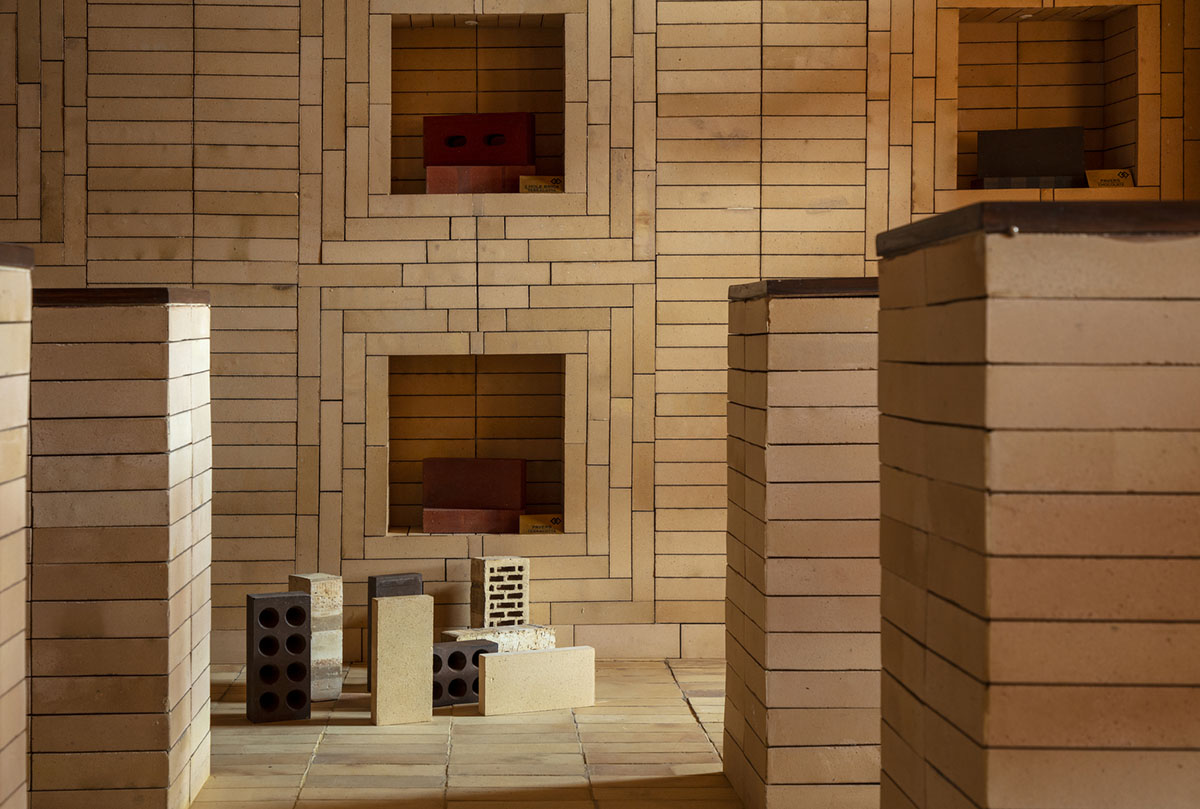 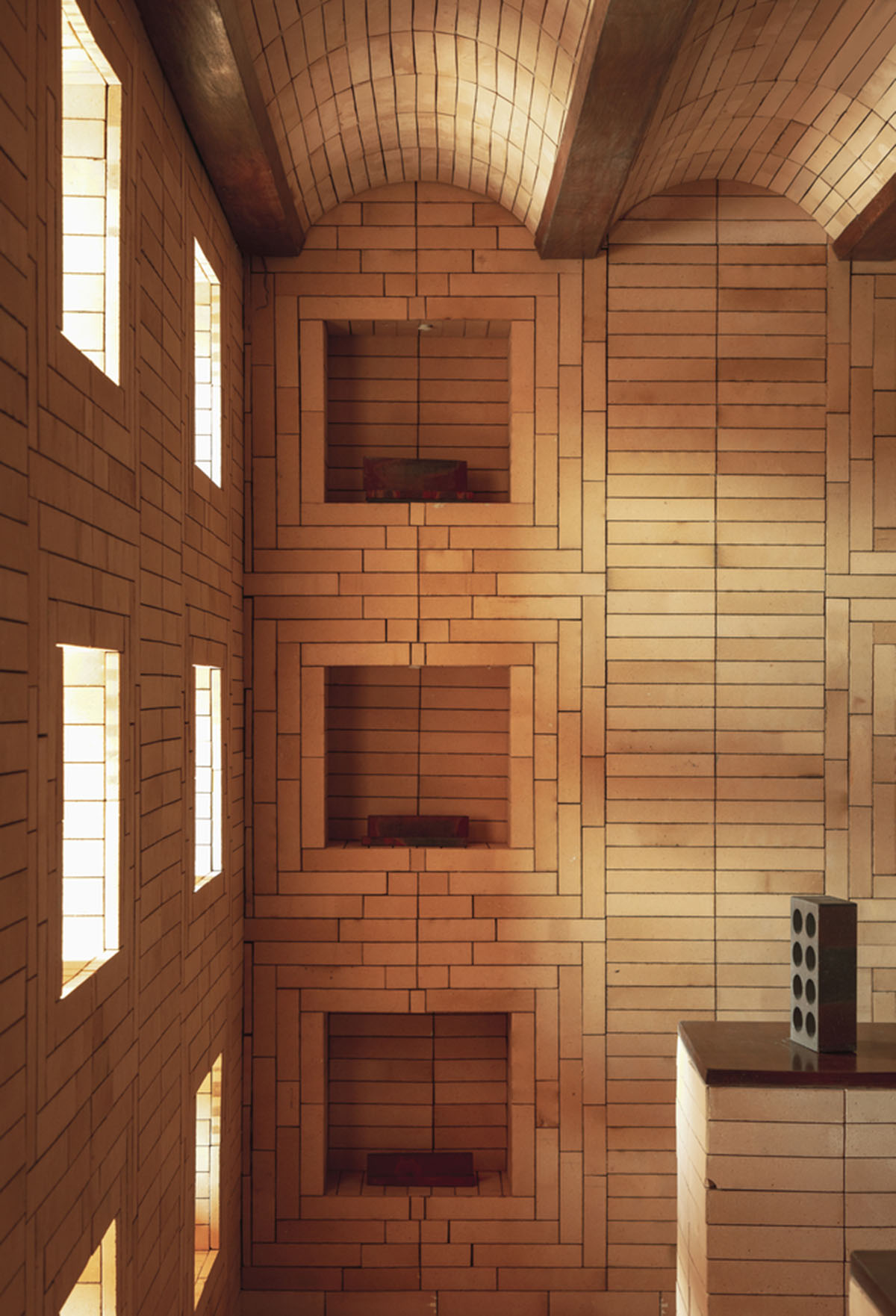 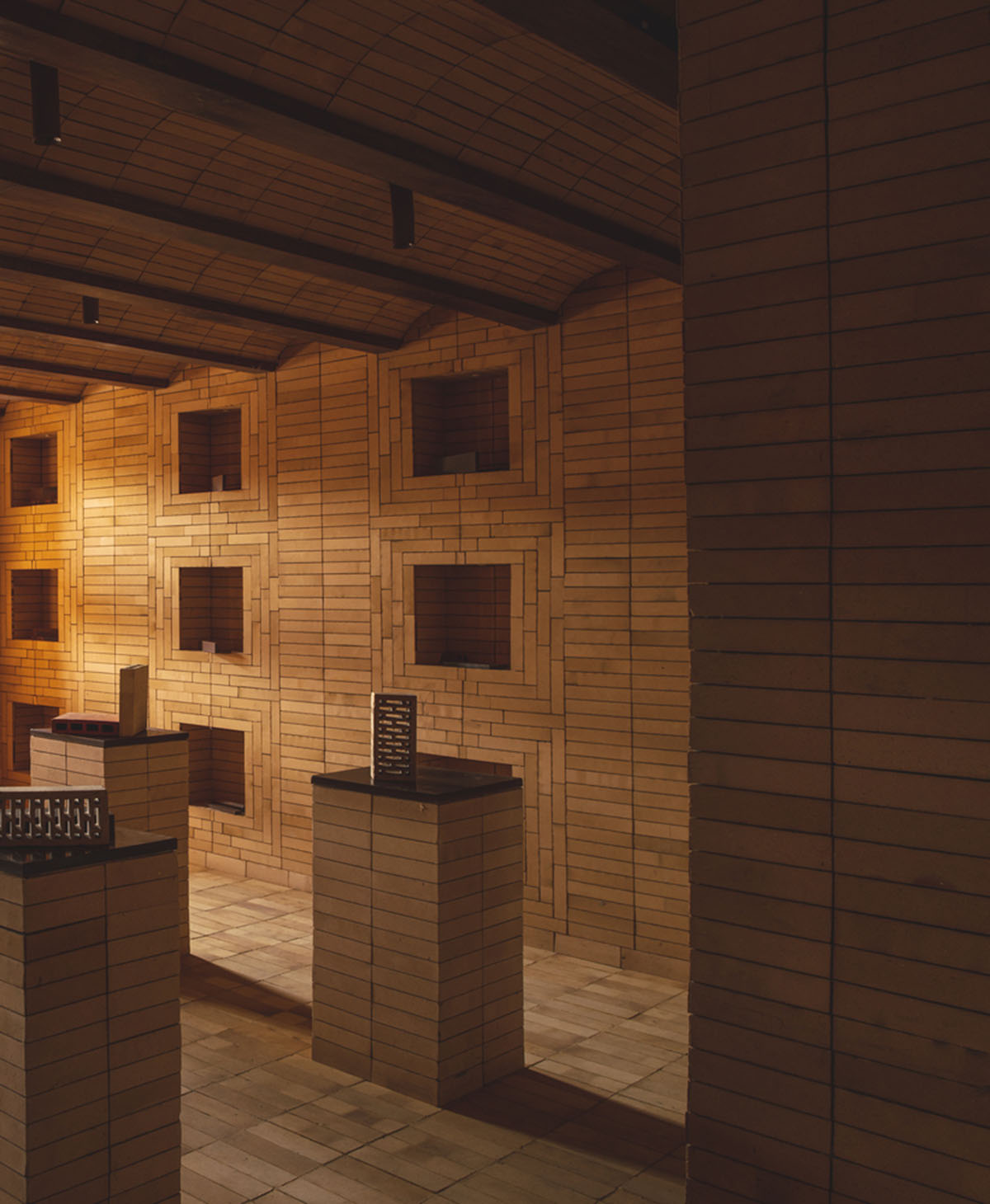 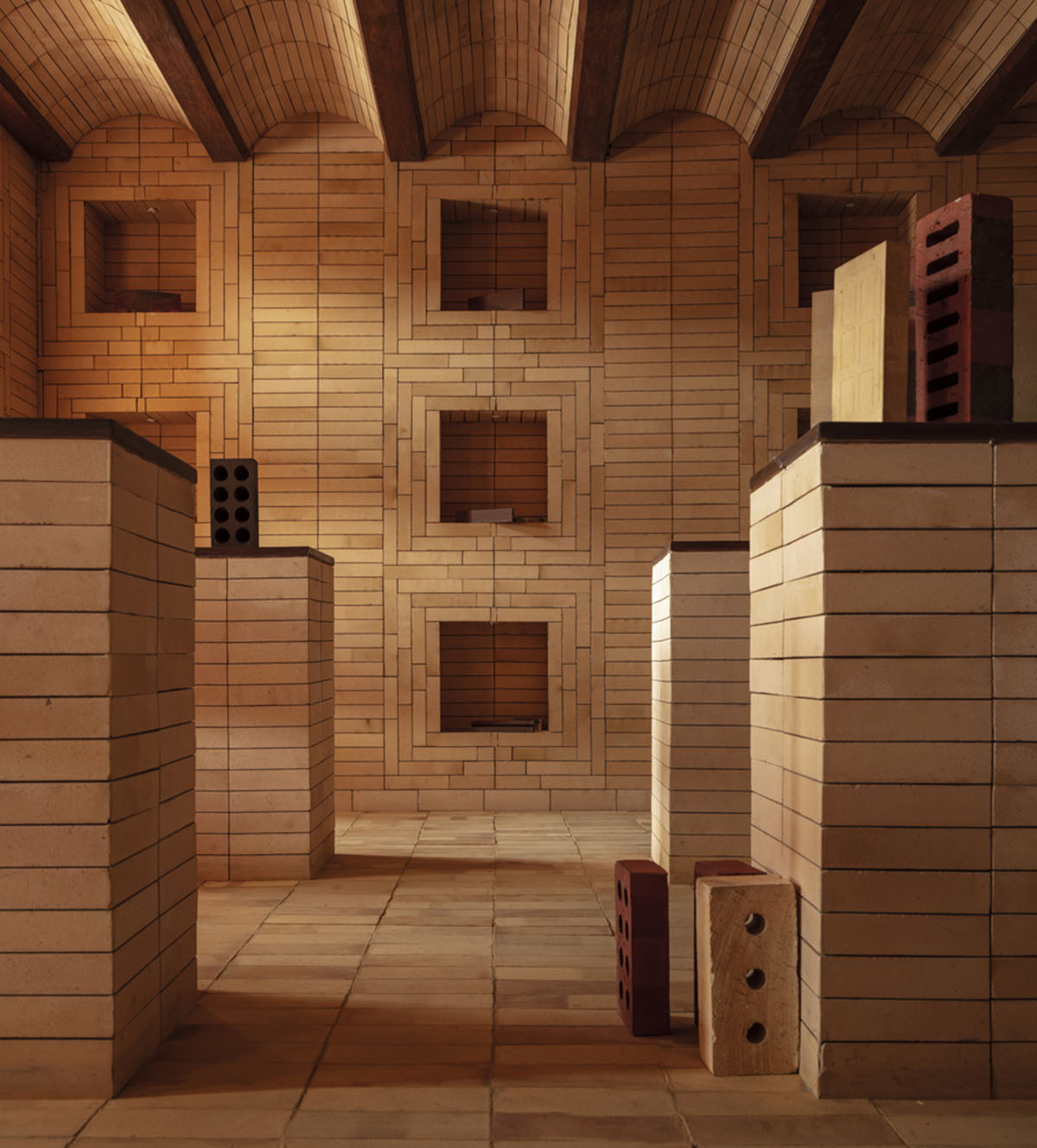 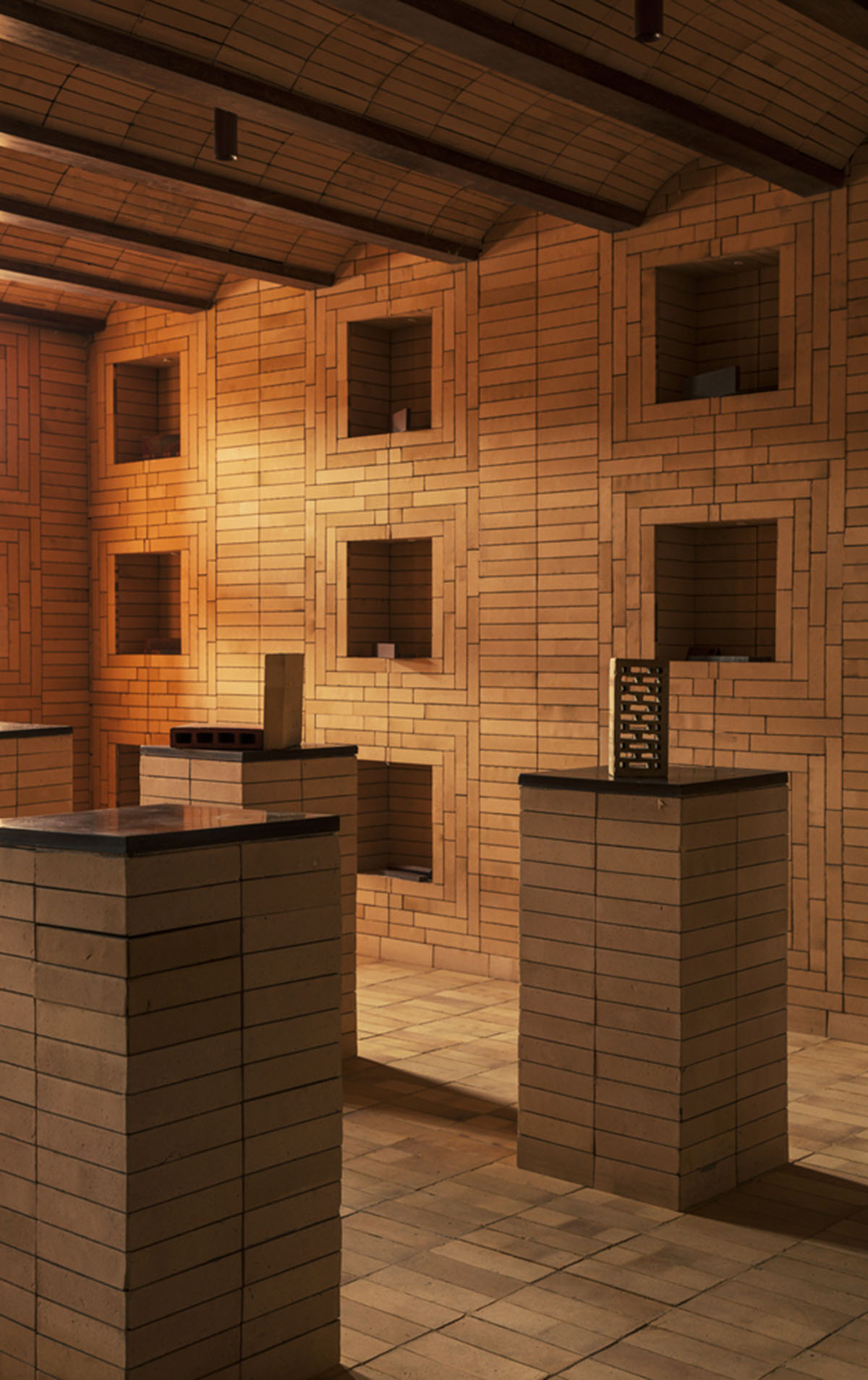 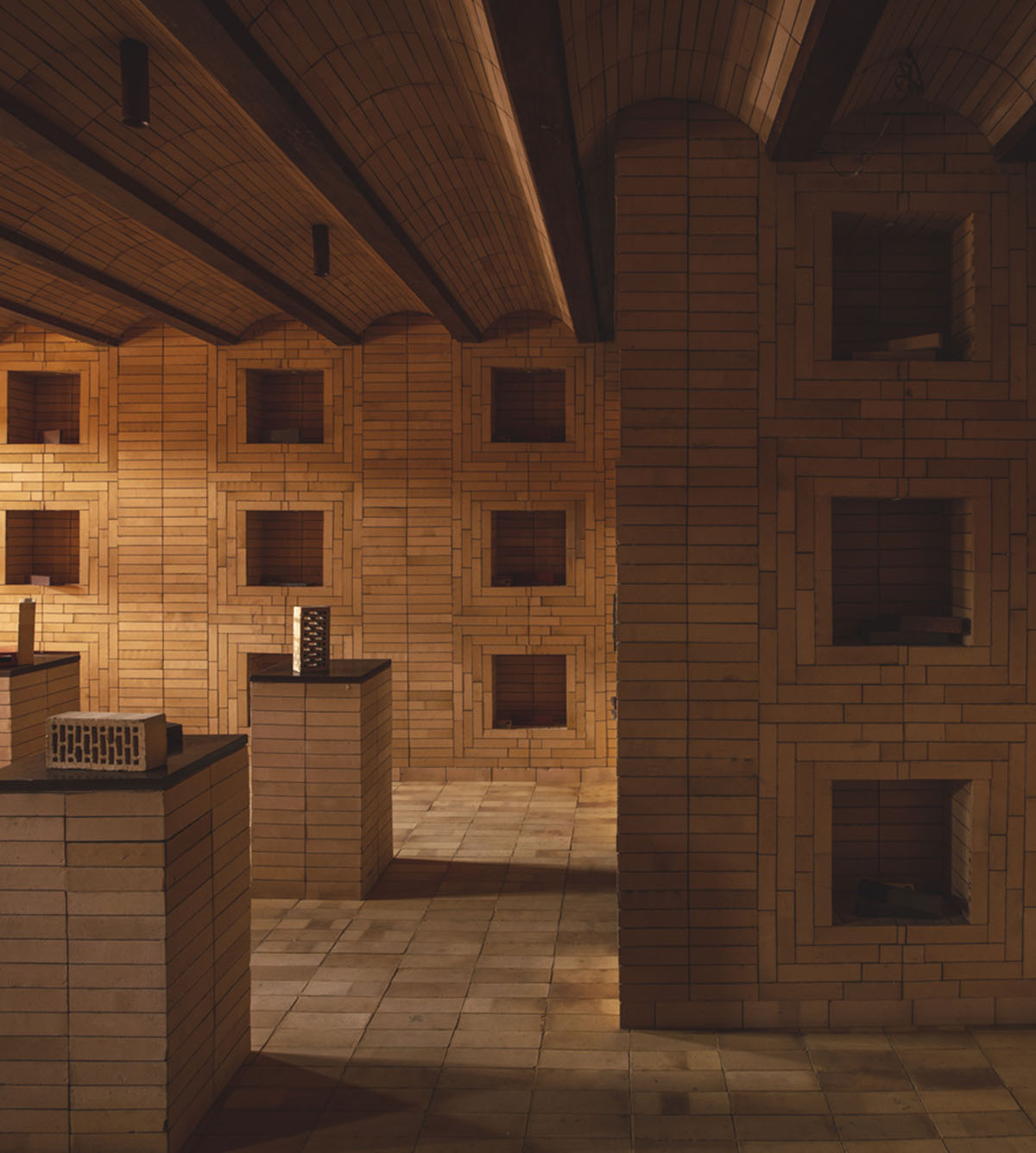 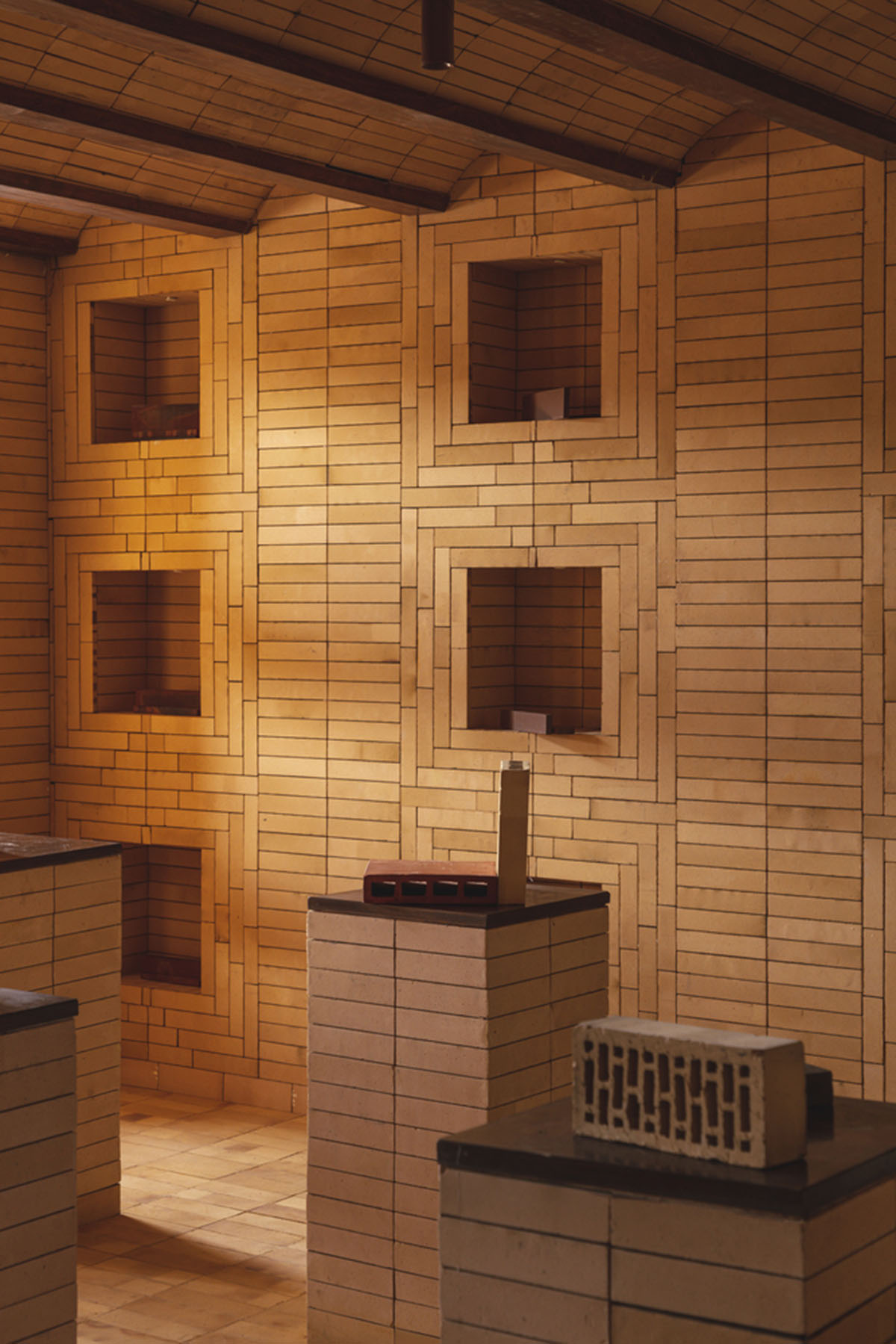 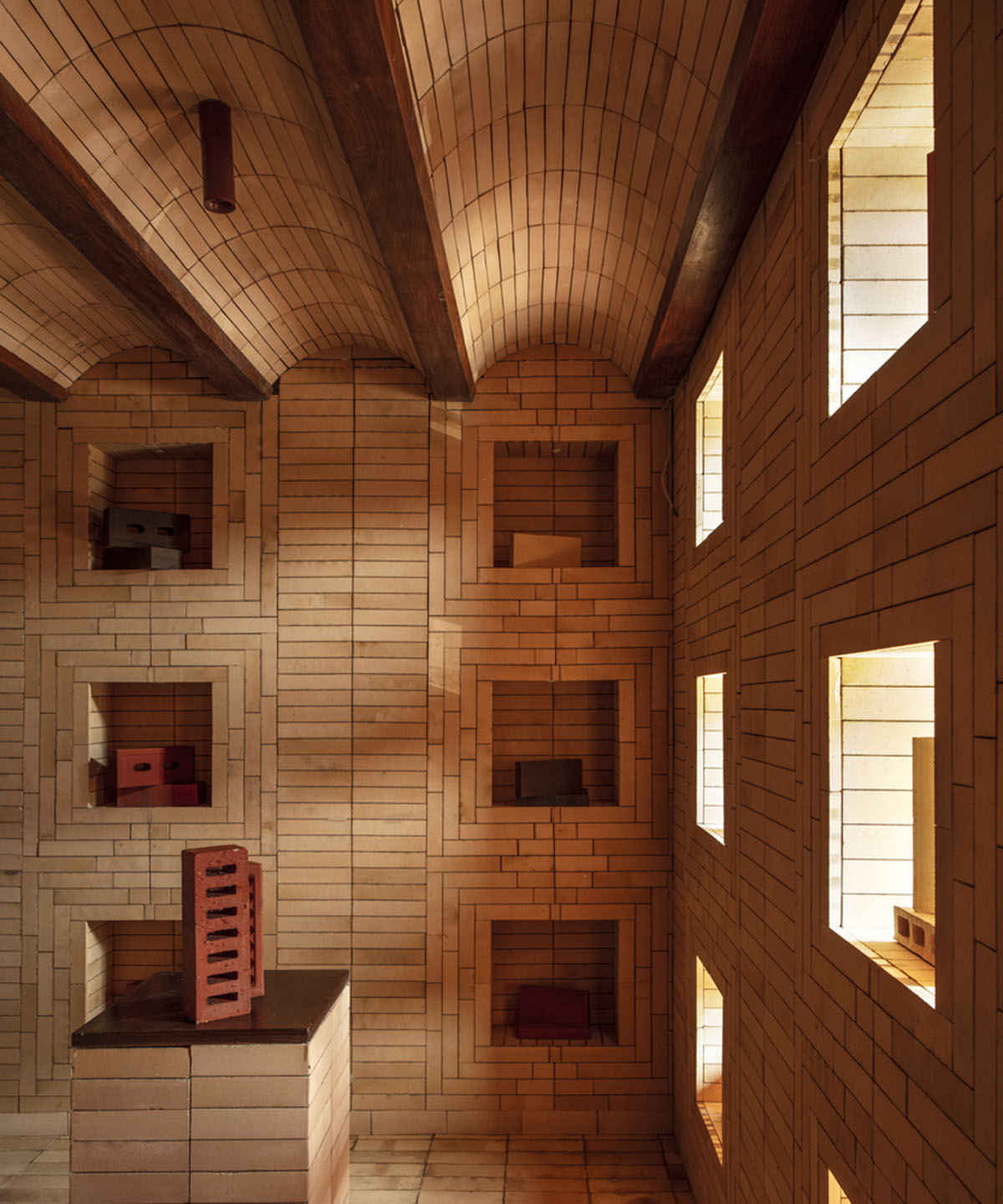 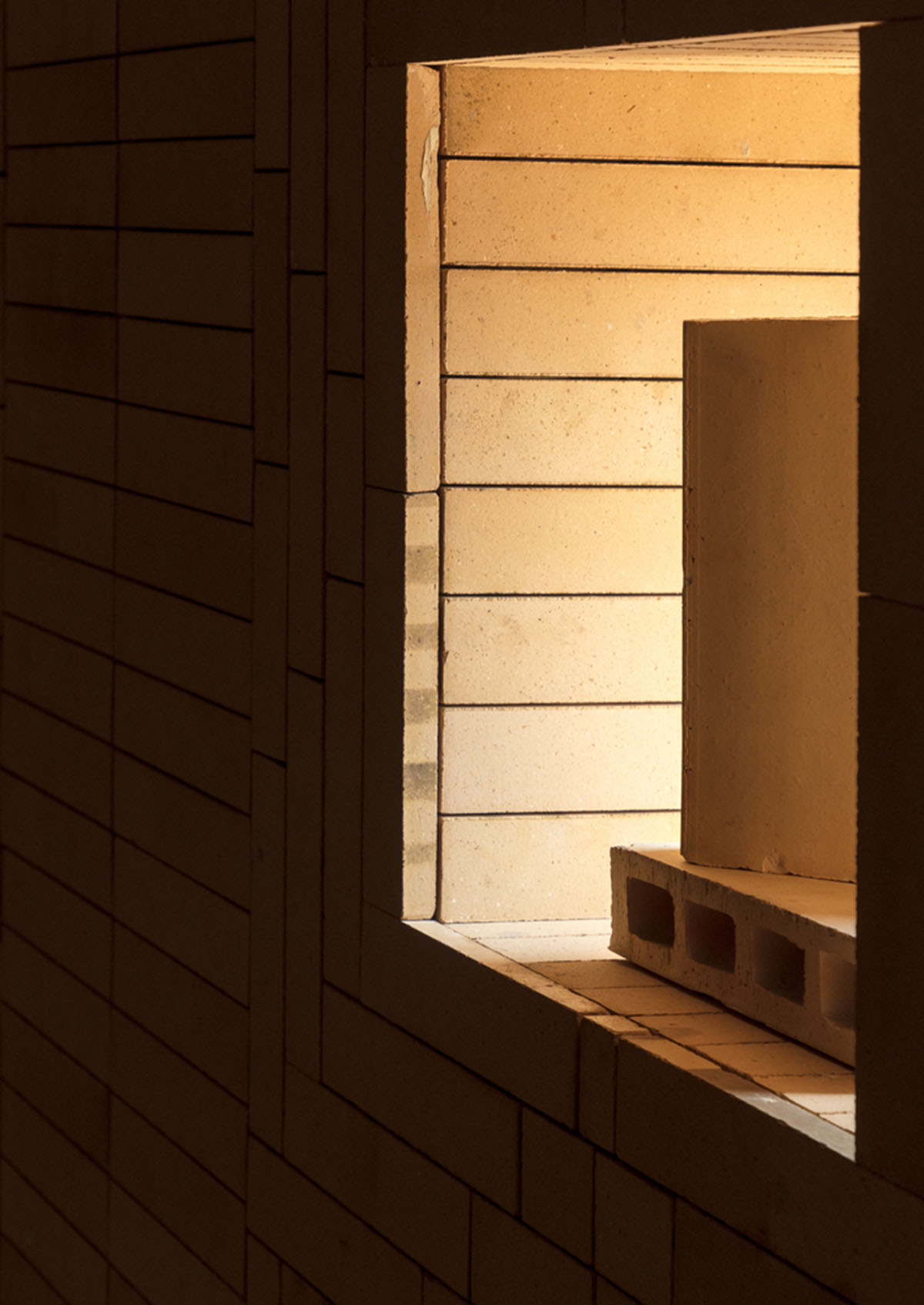 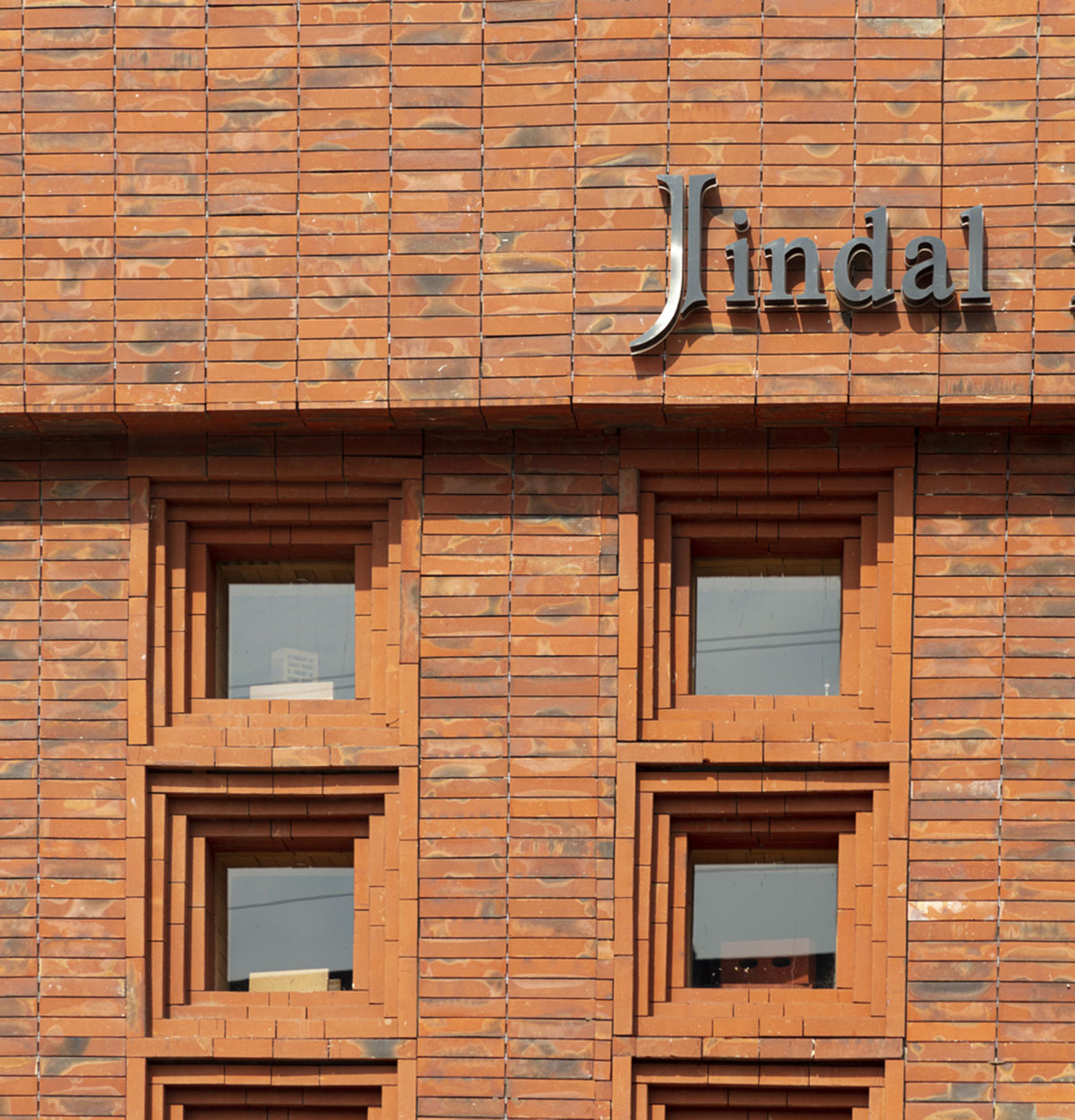 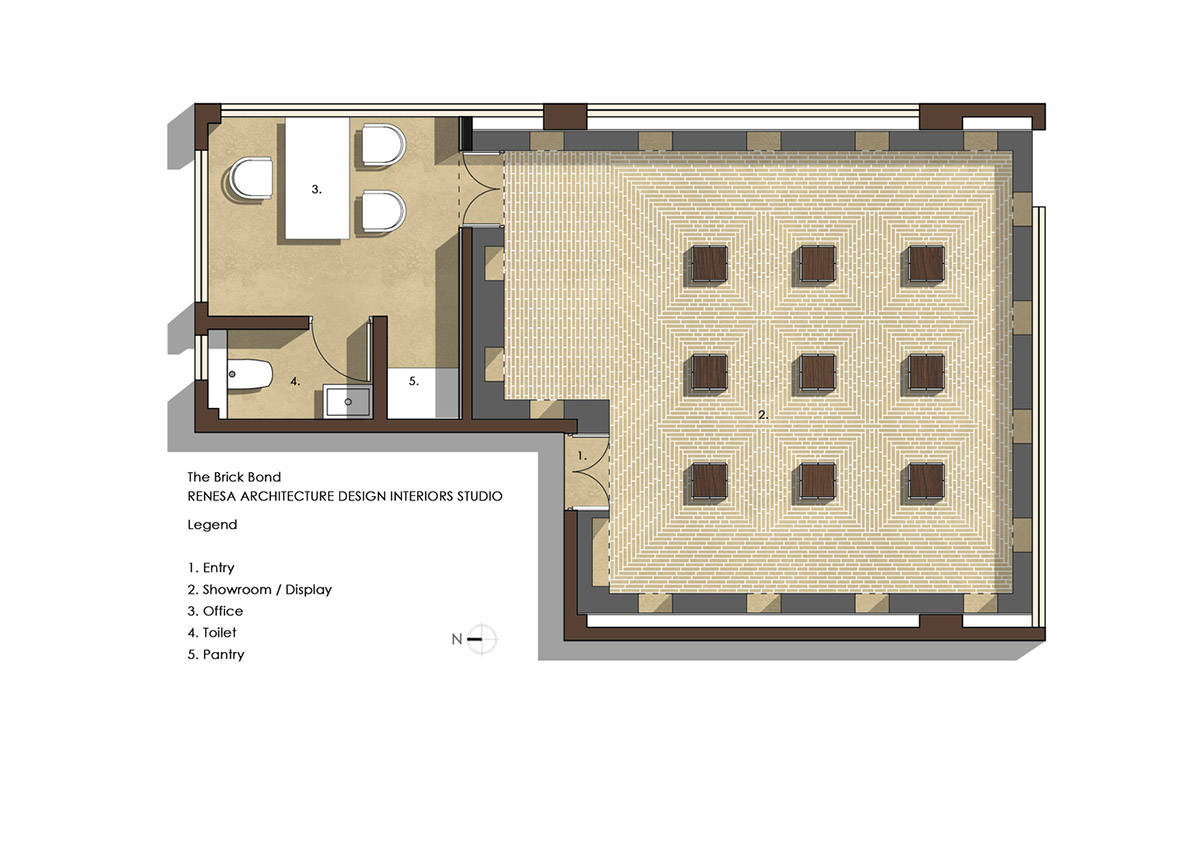 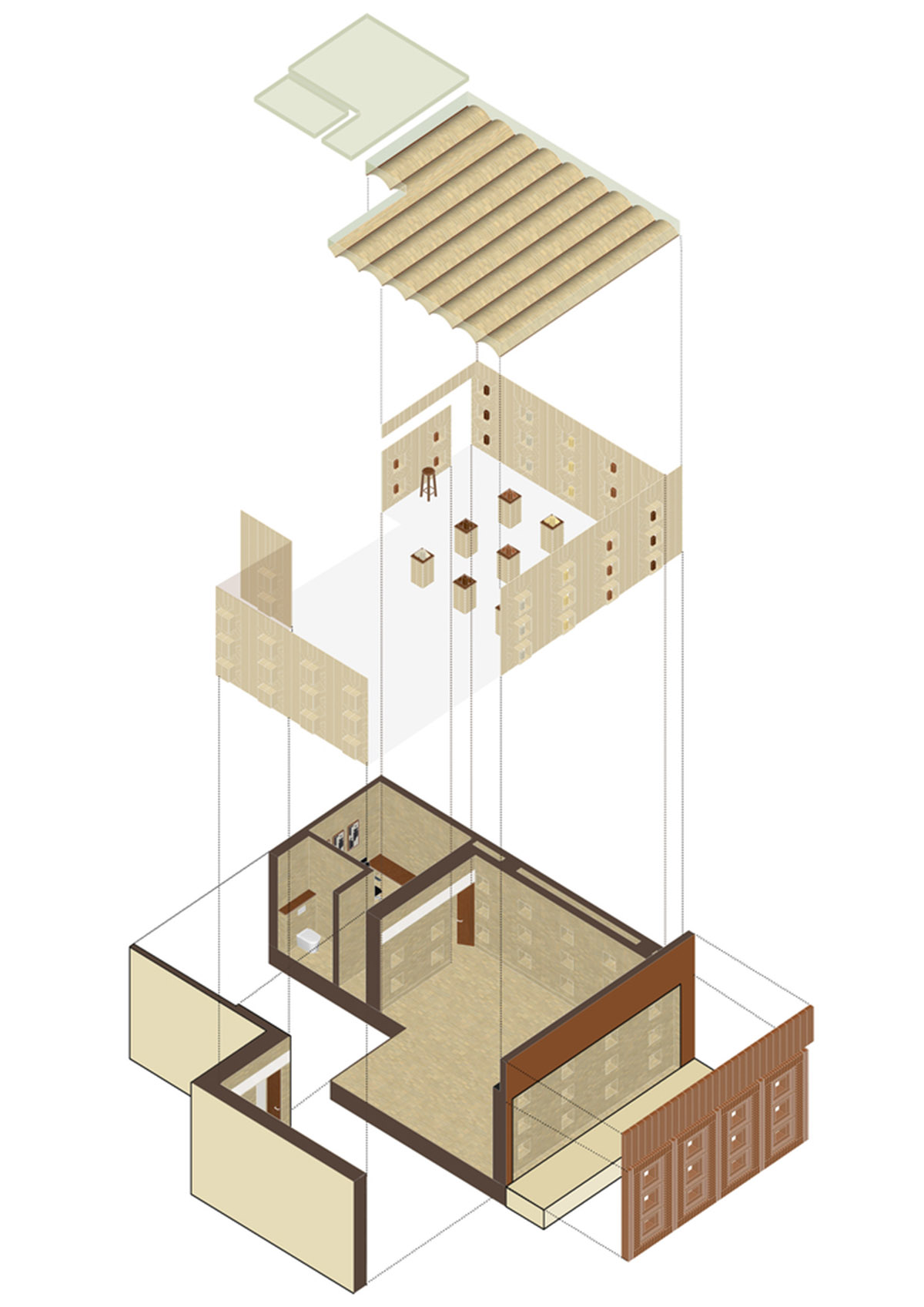 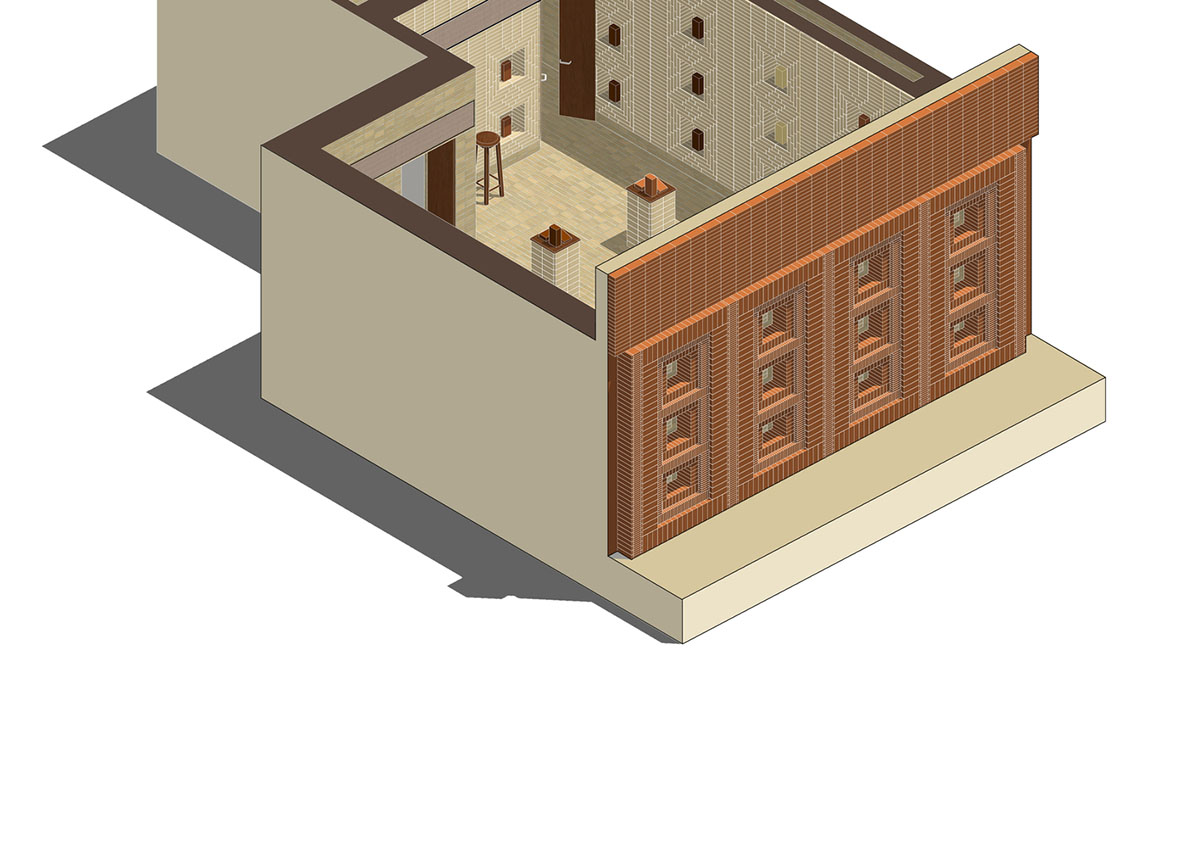 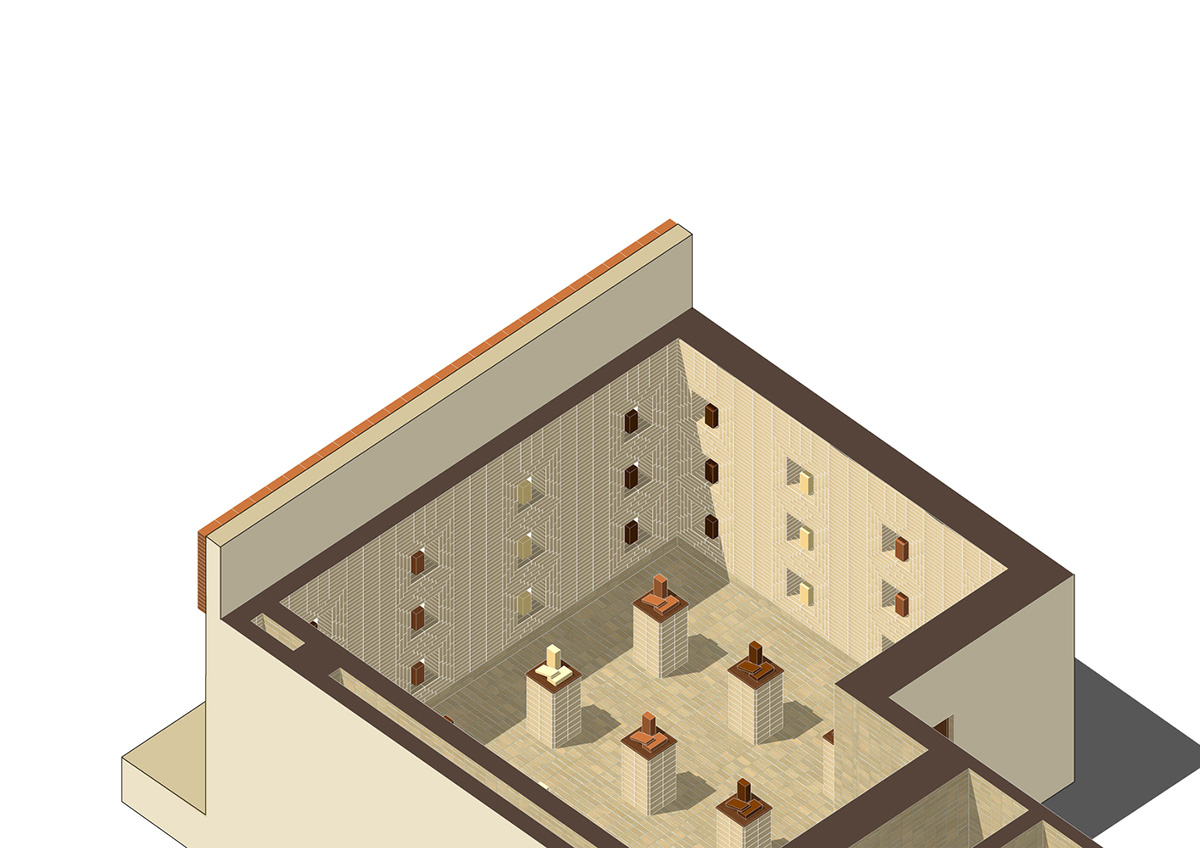