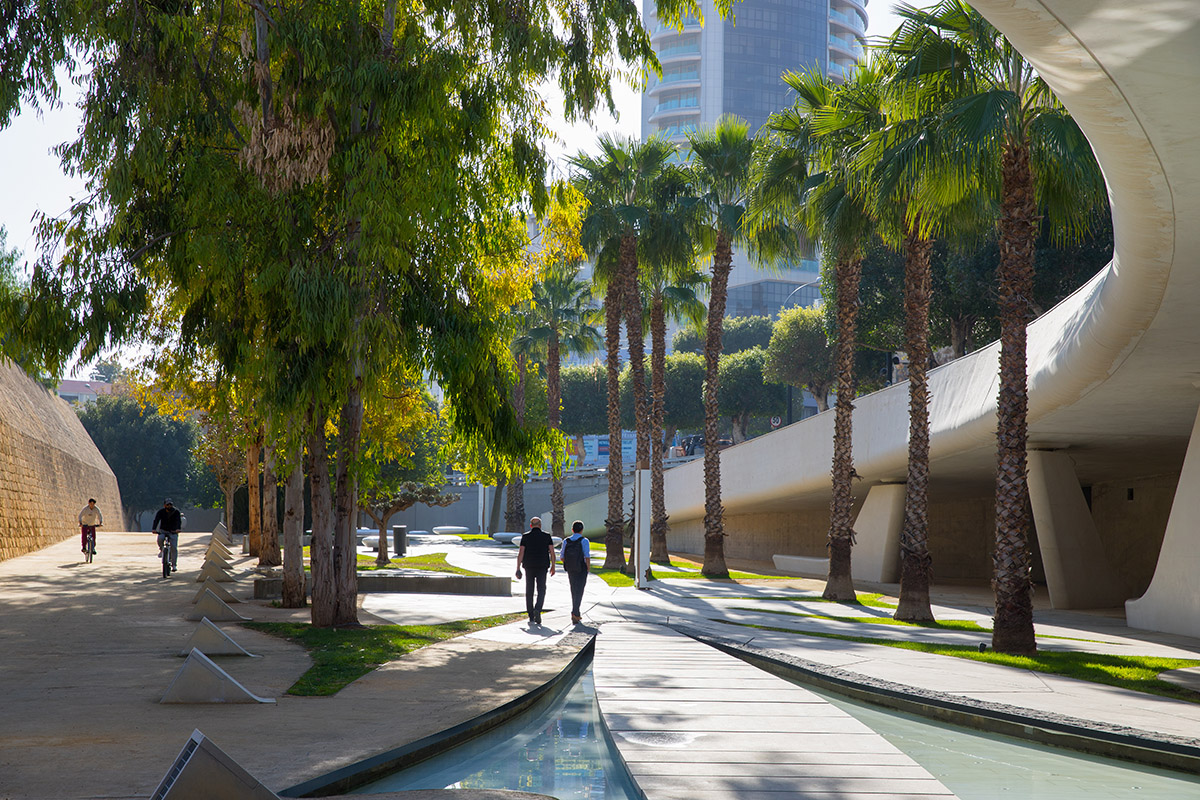 Zaha Hadid Architects has completed a new urban square in Cyprus' capital by opening up Nicosia's historic moat to pedestrians, the design is shaped by fluid geometries. The project was recently opened to the public in Nicosia, Cyprus.

Named Eleftheria Square, the 42,375-square-metre urban park is located near the centre of Nicosia, running through the Venetian Walls and the city's dry moat that encircles the city. 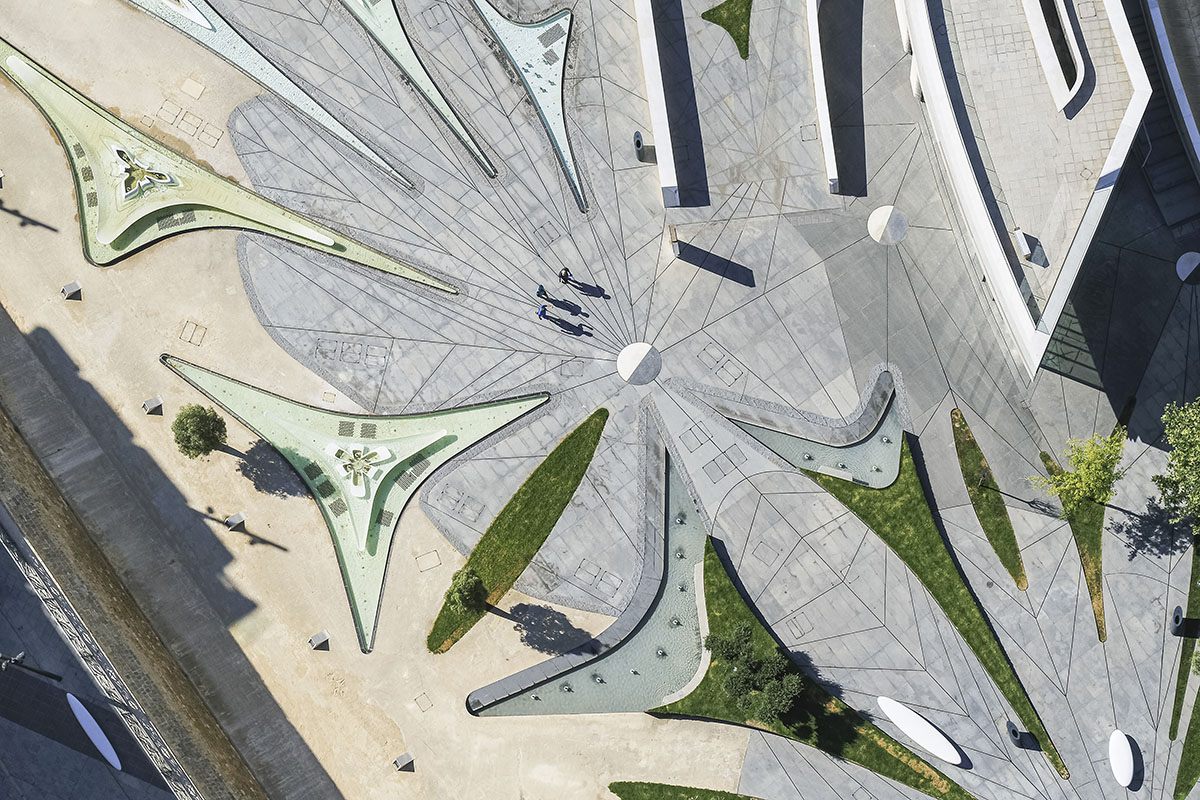 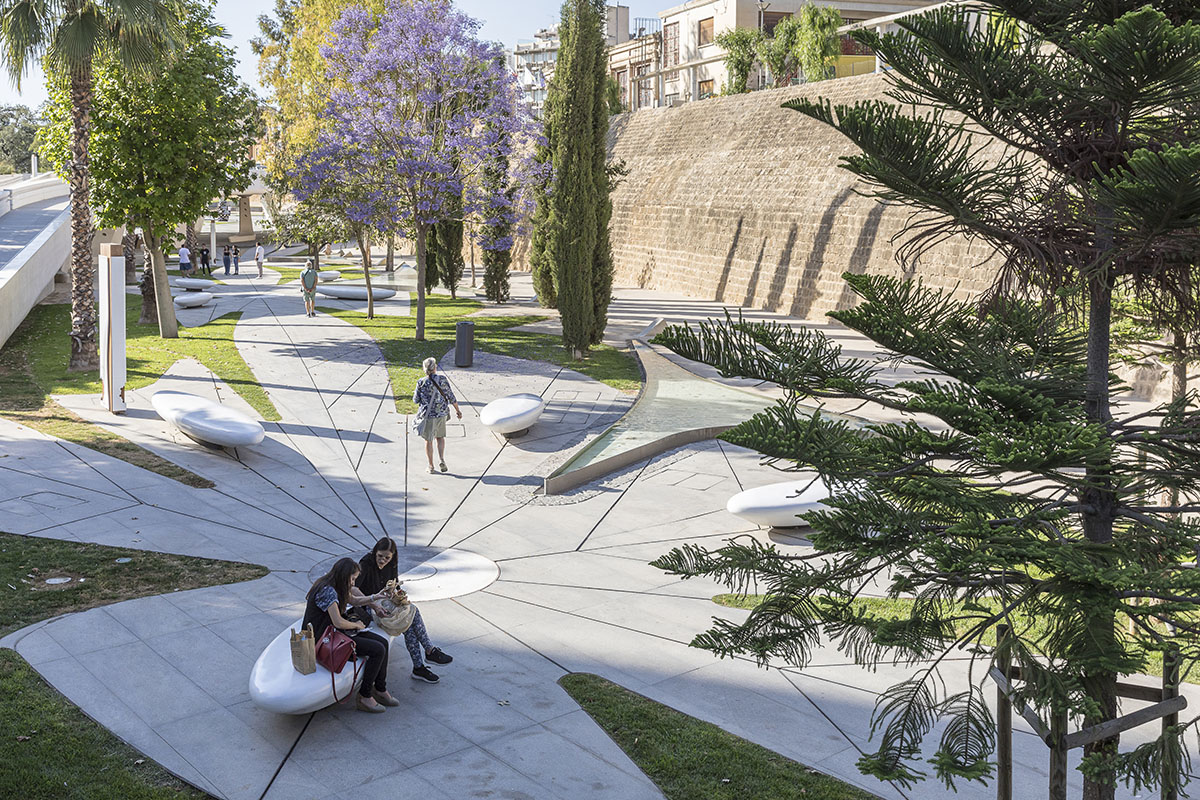 Zaha Hadid Architects won the WA Award in the 38th Cycle with Eleftheria Square in the Architecture/Realised category. 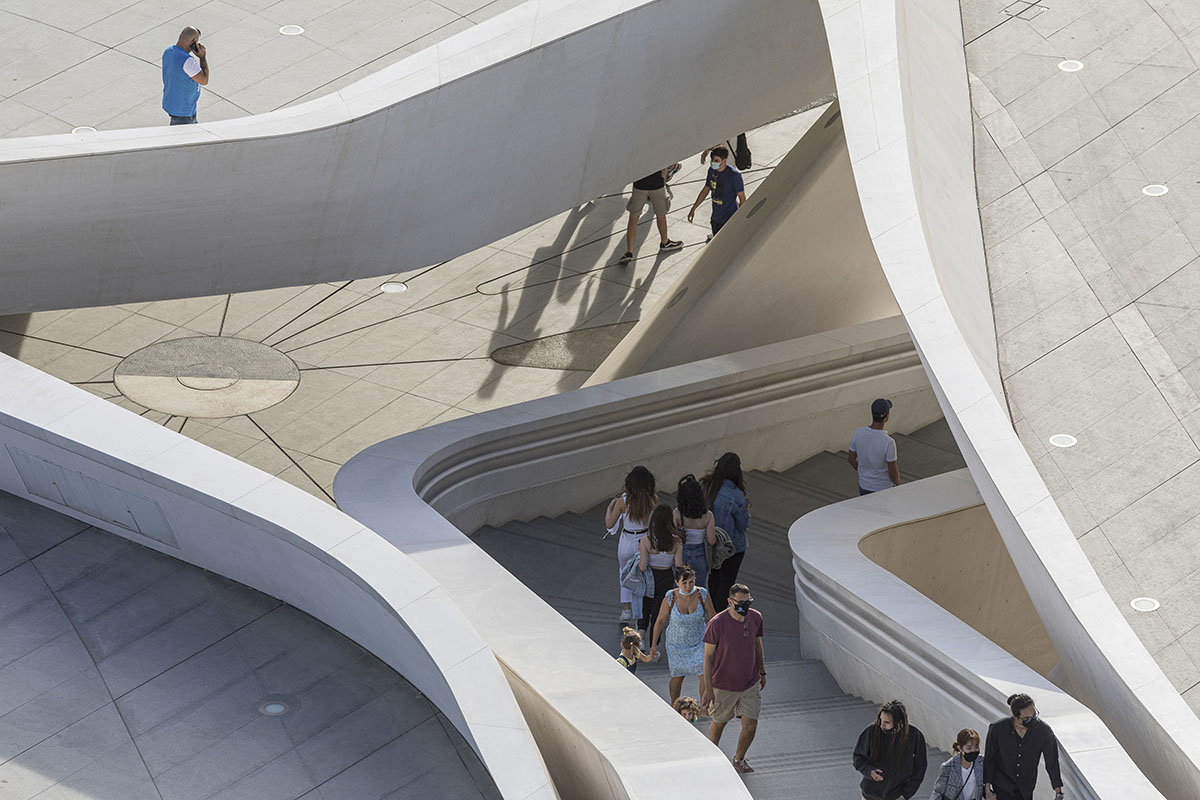 The defensive walls of the city were constructed in the Middle Ages and extensively rebuilt by the Venetians in the 16th century, these defensive walls define the boundary of the oldest part of the capital, dividing the ancient city from the new districts outside the walls.

Developed as part of the initial phase of a much larger urban plan, Eleftheria Square was envisioned to be a catalyst for the reunification of the capital by penetrating to the different nodes of the city. 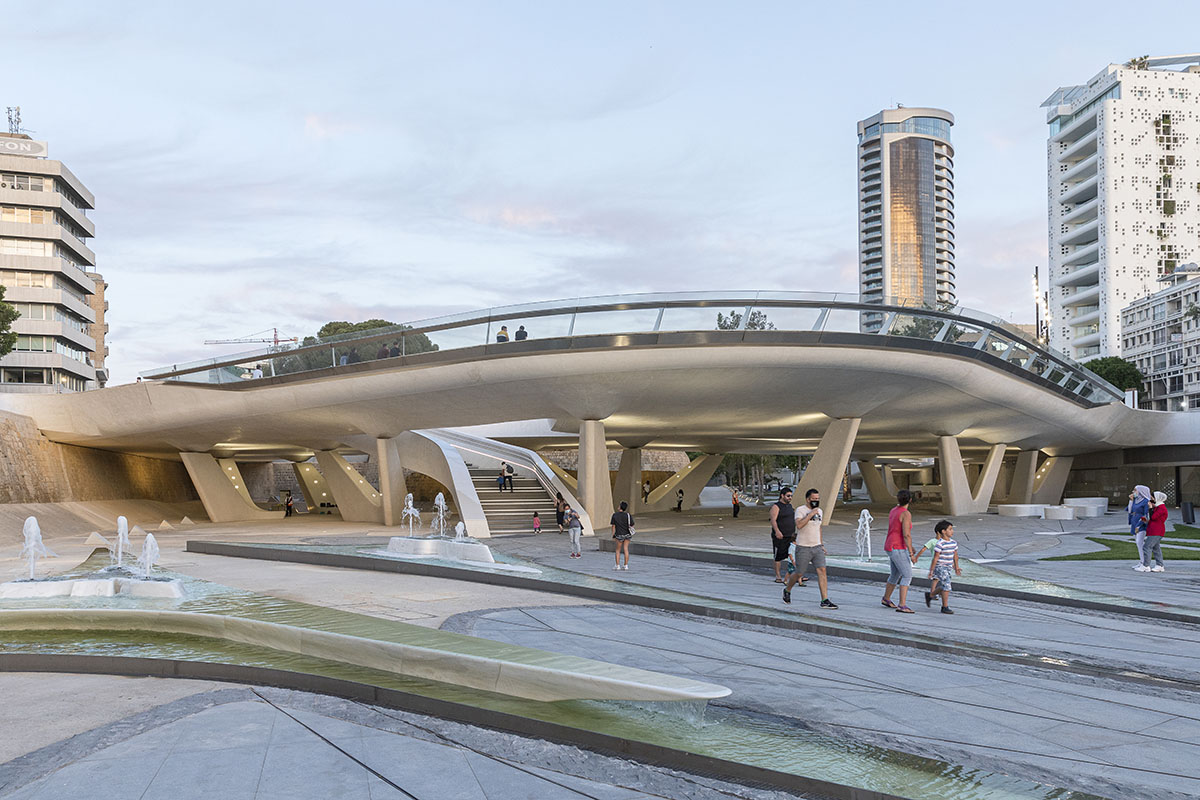 ZHA's design ensures unobstructed views of the Venetian Walls, establishing these fortifications as an integral part of Nicosia’s identity, while also opening the dry moat for public use to create an orbital park that surrounds the city.

The design also includes the transformation of previously inaccessible areas of the moat with new civic plazas, gardens and palm-lined promenades, where the moat can be described as a "green belt" around the city. 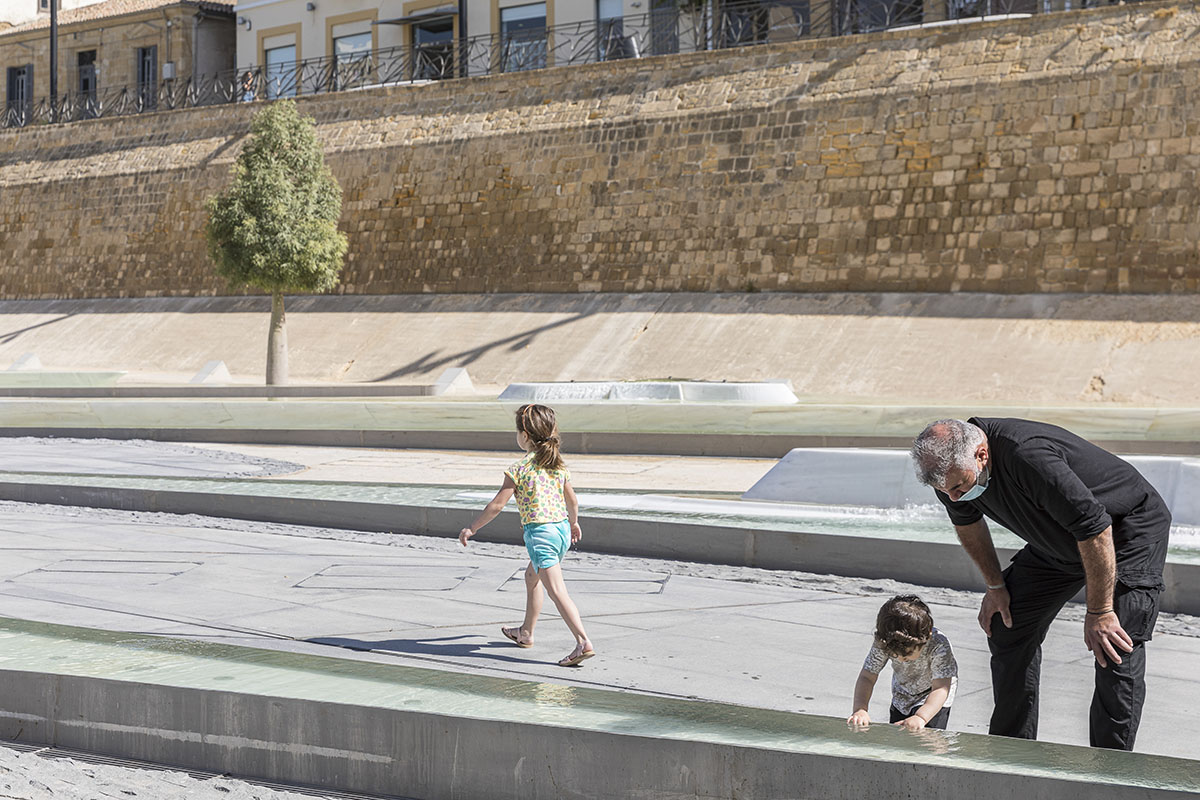 ZHA's new Eleftheria Square comprises these new public spaces within the section of moat, where they are extended to follow the ancient city walls and encircle Nicosia, reconnecting communities of this divided capital.

"The Eleftheria Square design elevates the topography of the moat to create an upper level bridge that meets the surrounding streetscape, establishing direct connections with the city’s urban fabric and defining a new public square in the heart of the capital," said Zaha Hadid Architects. 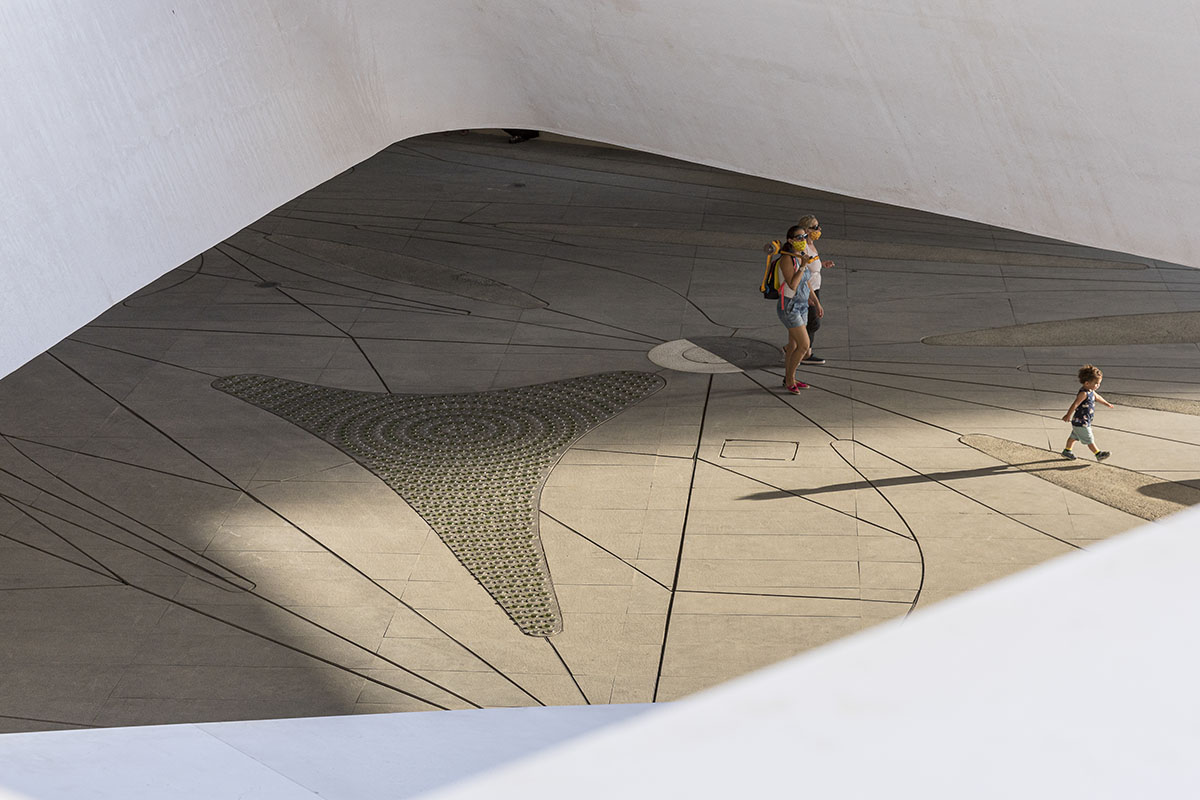 While designing the urban park, ZHA used the moat’s fluid geometries through the process of triangulating the irregular forms of the ancient fortifications to design points of ‘intensity’ that define seating, flowerbeds or water features within the new park.

"The moat’s granite paving conveys a timeless solidity, while open joints between the granite slabs create a passive rainwater drainage system that allows the new trees planted within the moat to naturally balance groundwater levels and reduce erosion of the medieval walls’ foundations," added the firm. 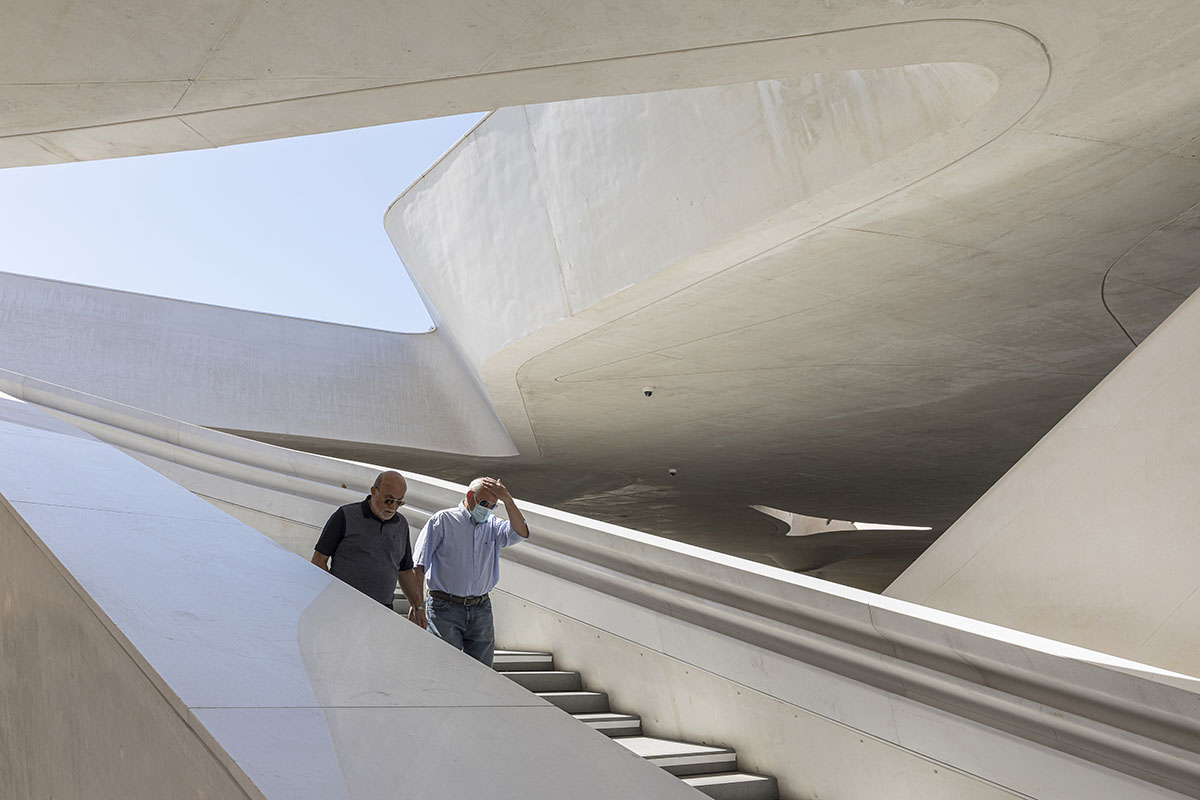 As the largest civic plaza in Nicosia, Eleftheira Square has been designed to host festivals and public events; its upper level bridge and supporting columns are crafted in concrete, their sculptural forms ensure structural integrity in this seismic region and the base of each column morphs into seating.

The renovation of the square also involved extensive archaeological excavations together with works to repair and protect the historic Venetian Walls. 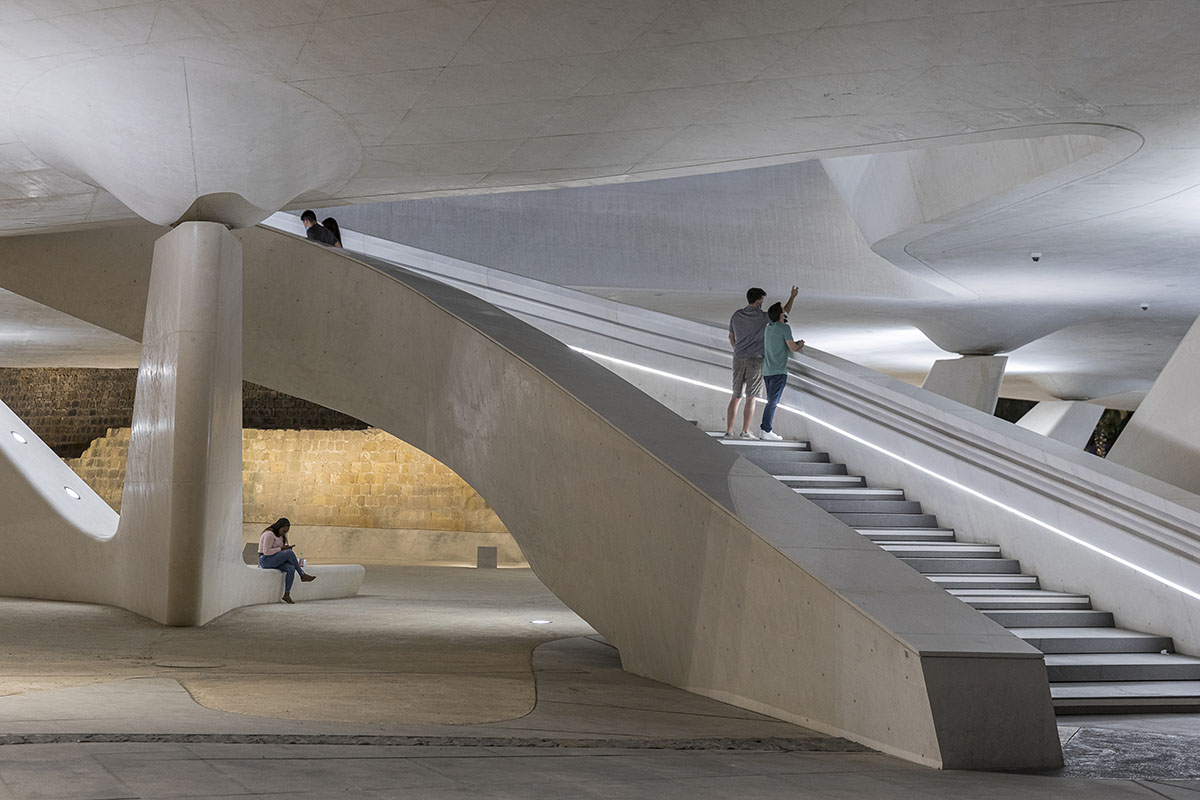 The redevelopment plans comprises two cafes within the square and the new underground parking lot with access ramp on Omirou Avenue. Stairs and elevators directly connect with the bus terminal in Solomos Square. 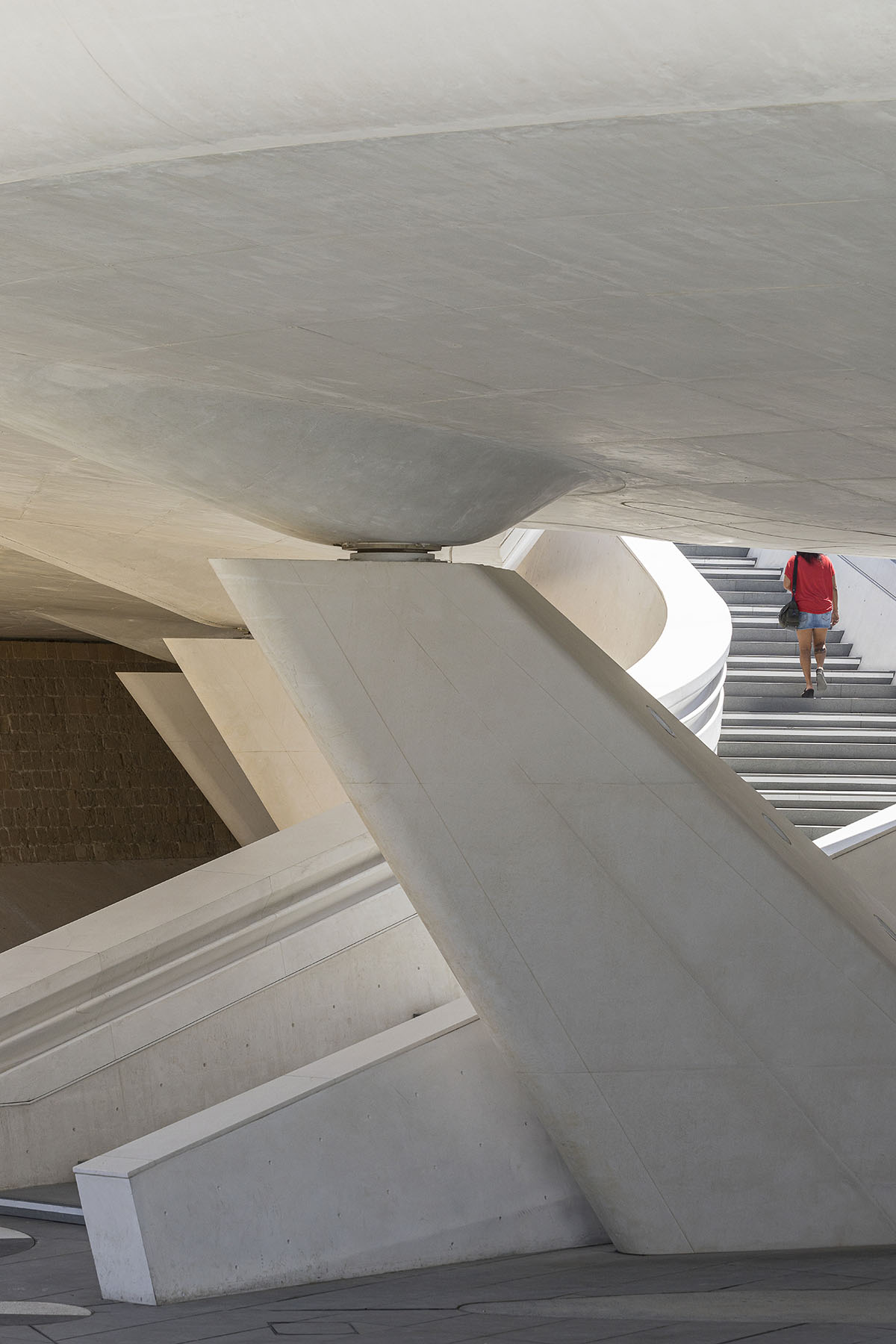 ZHA’s transformation of Eleftheria Square weaves together Nicosia’s rich history with an unwavering optimism for the future.

Bridging the Venetian Wall and moat, the square becomes an important gateway to the old city, its underground parking removing cars from the ancient city’s streets to enable further pedestrianisation that enhances the urban realm of this historic district while also creating new public gardens and plazas to be enjoyed by residents and visitors to the city. 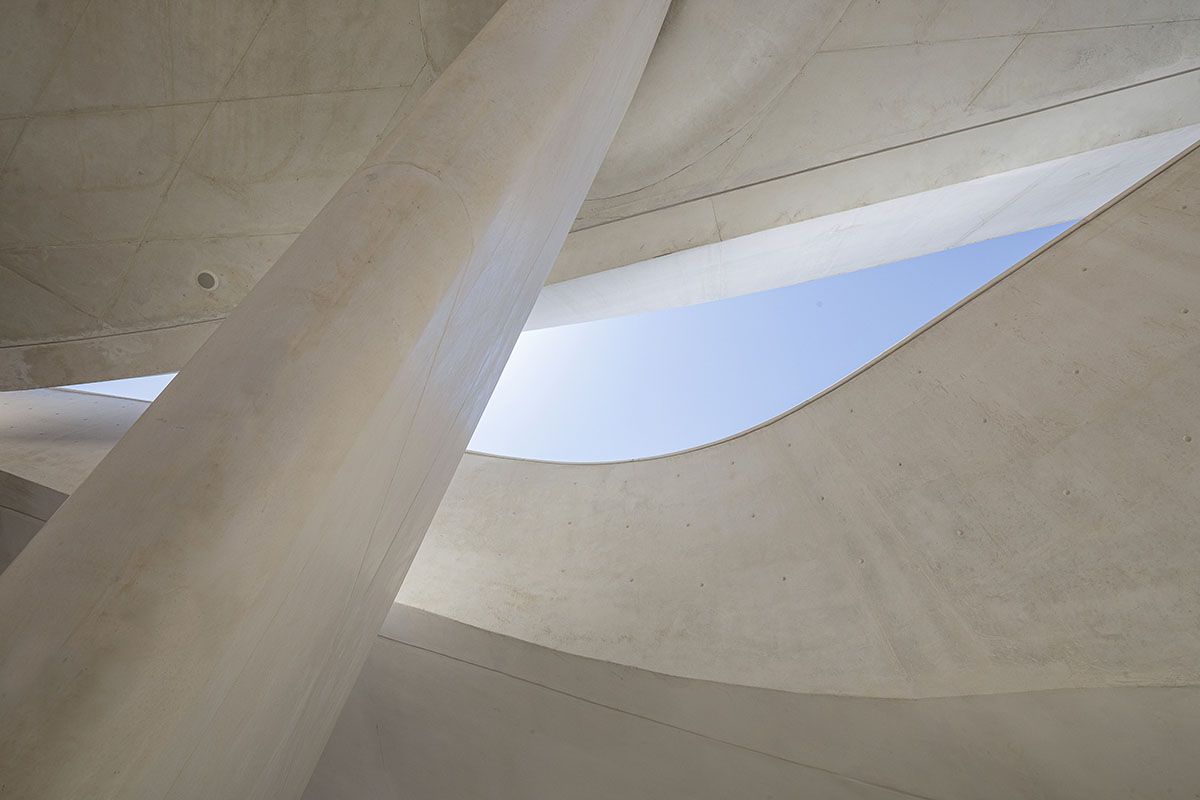 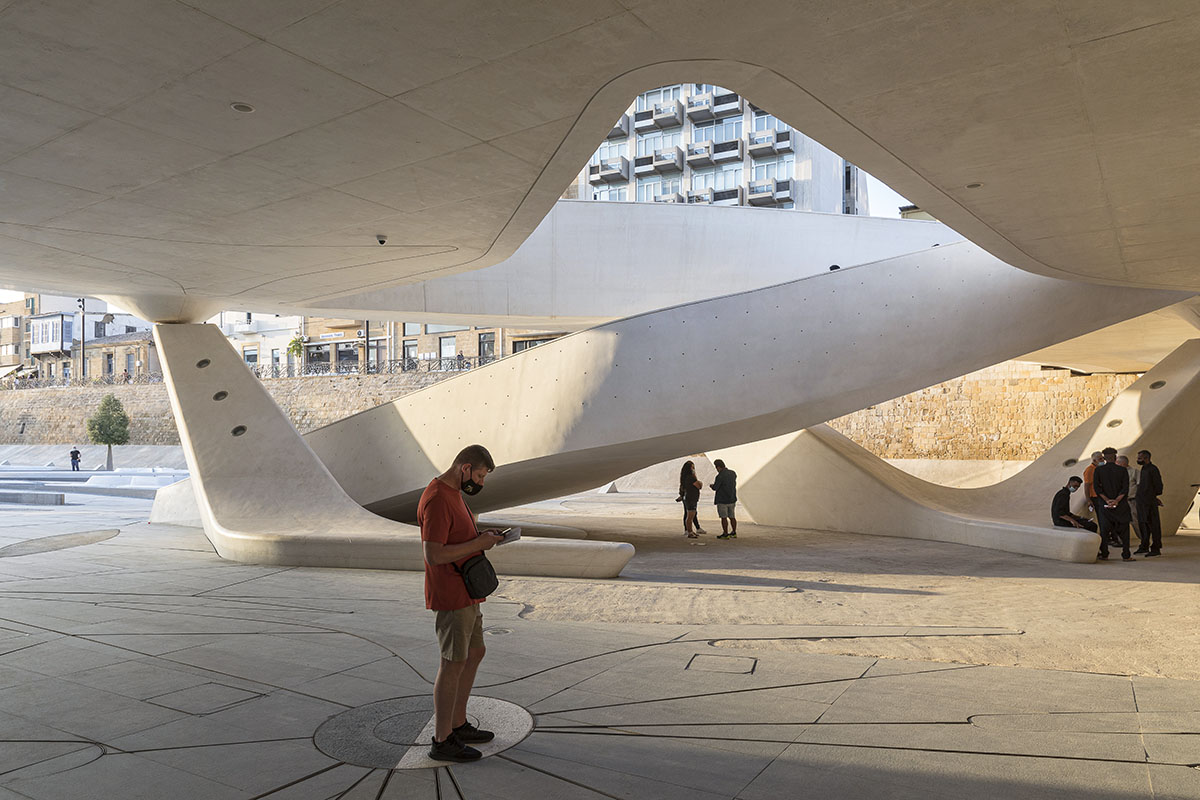 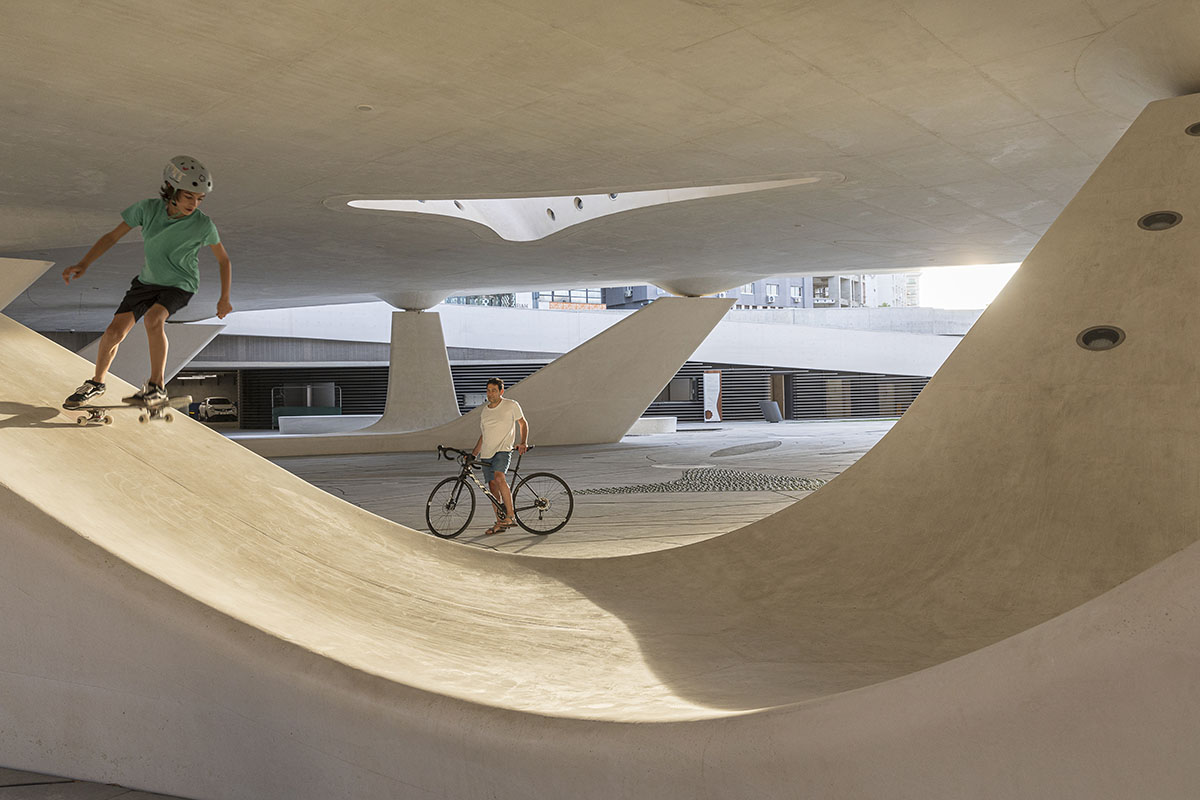 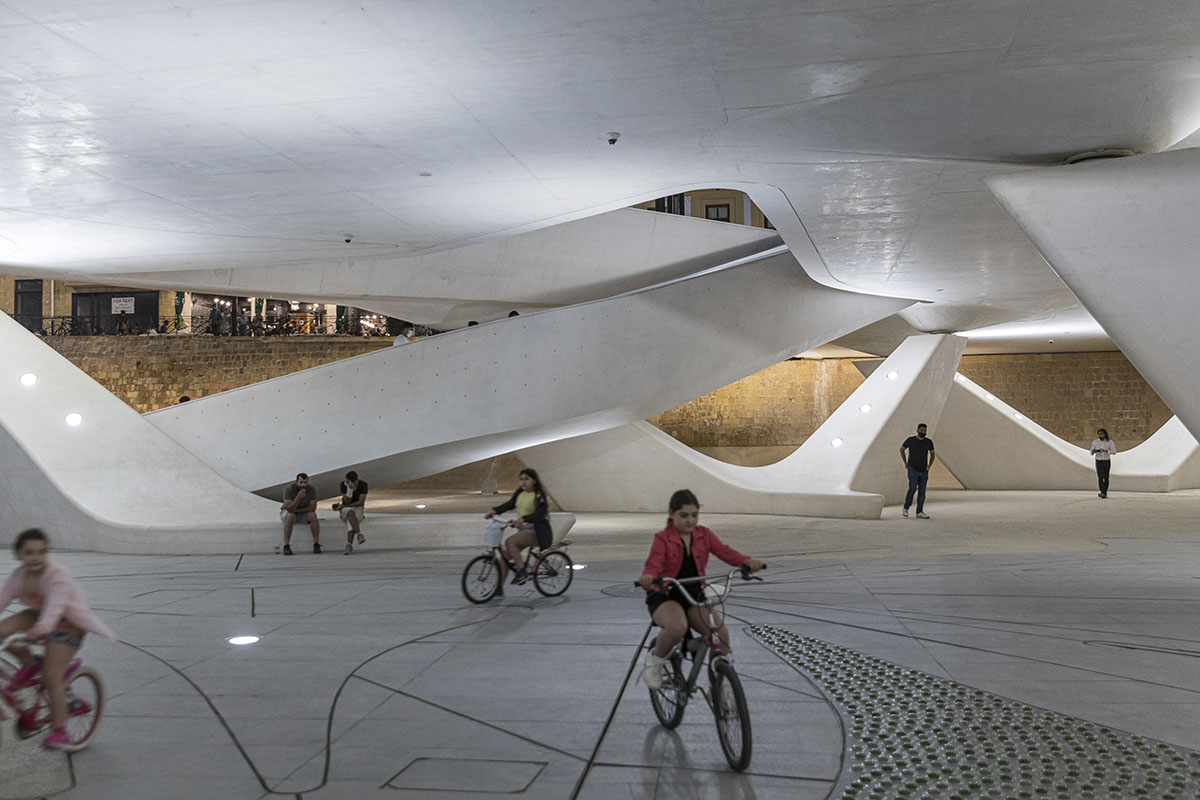 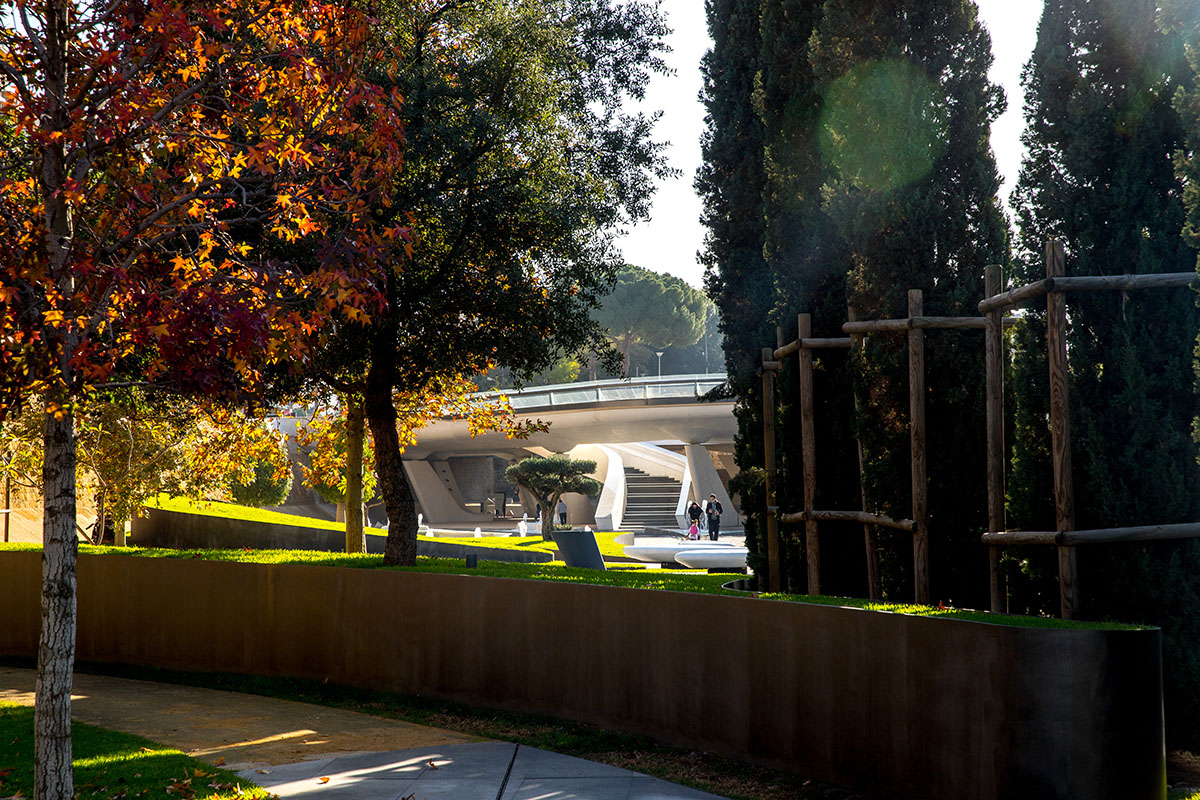 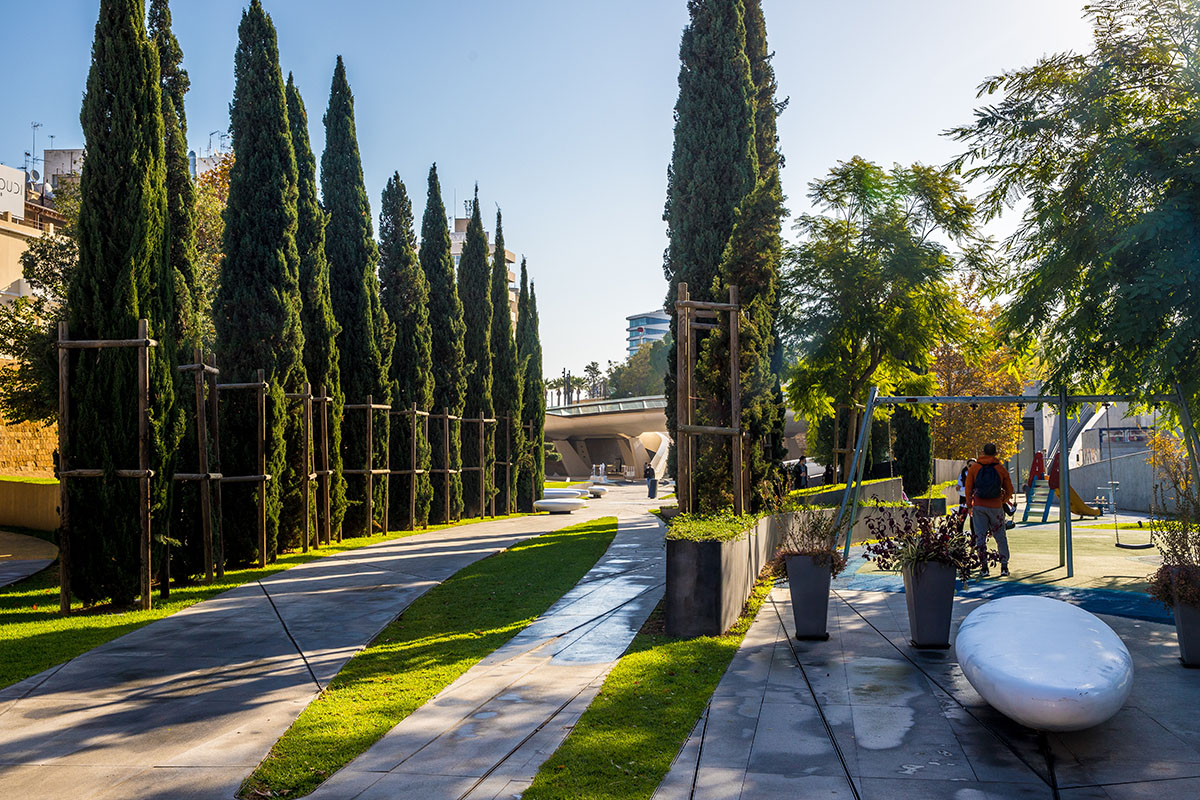 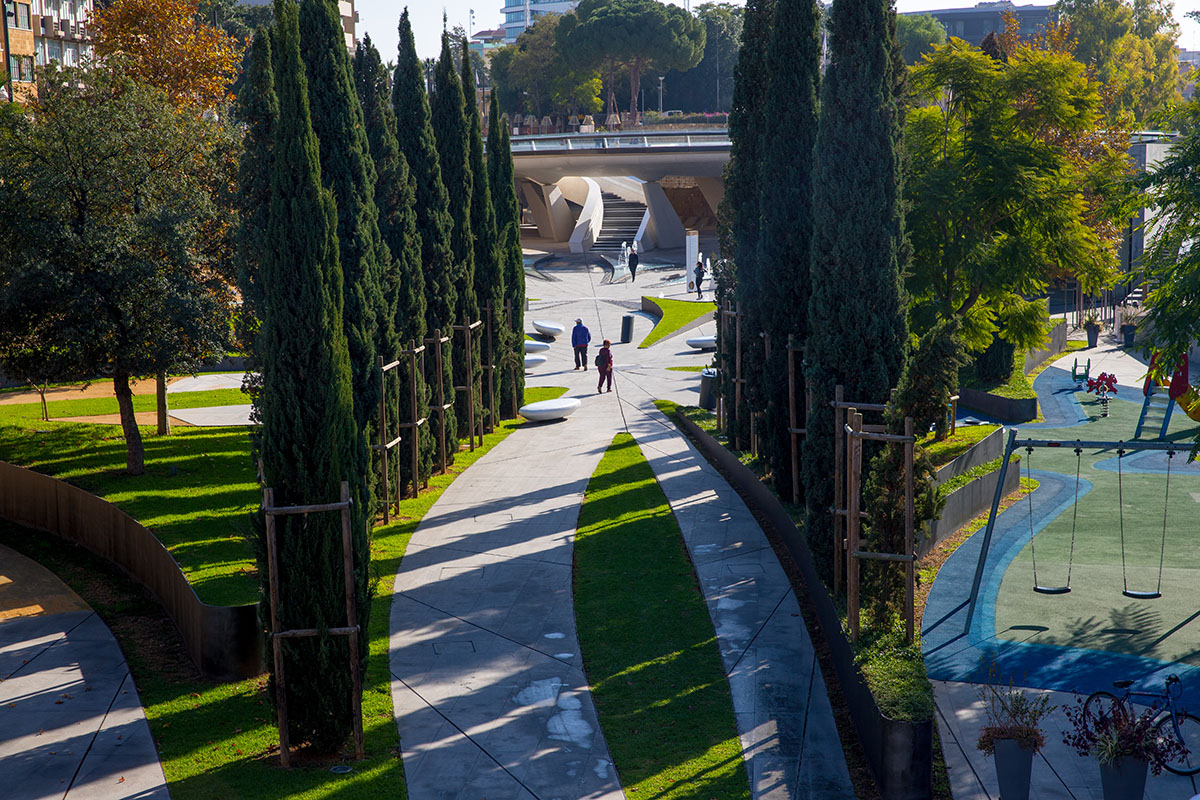 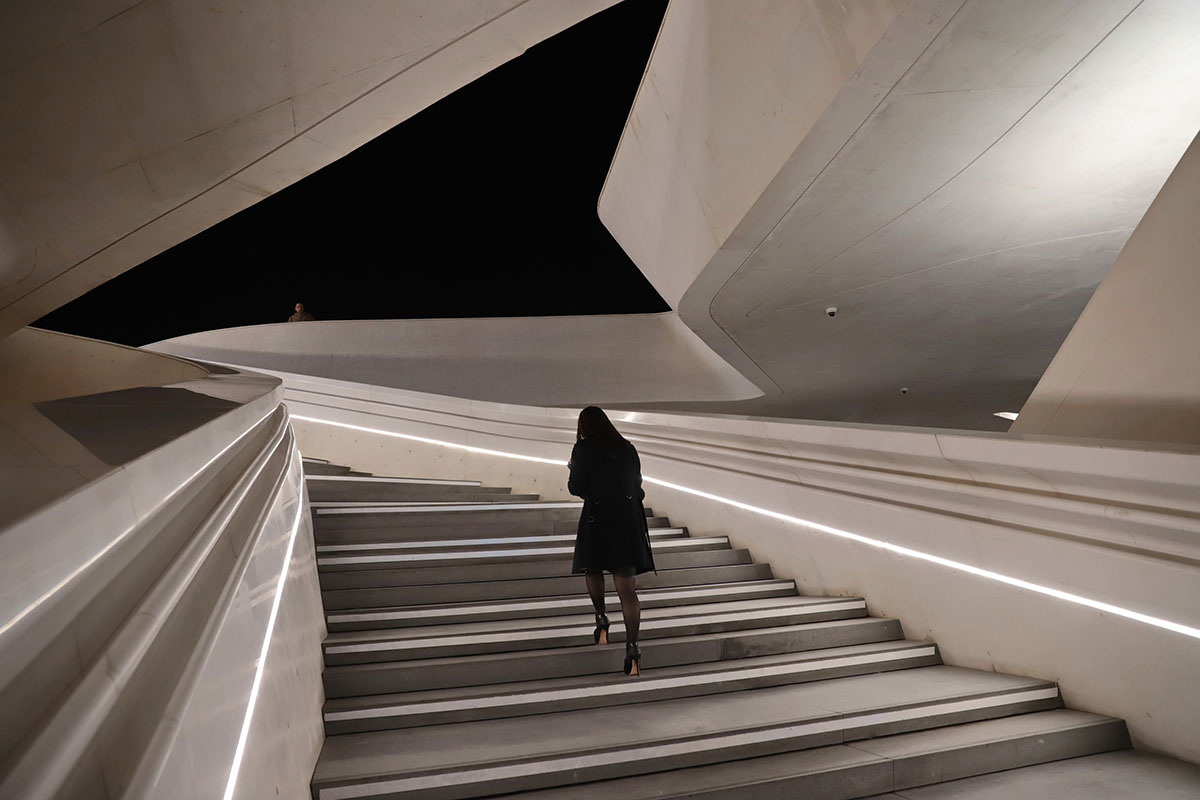 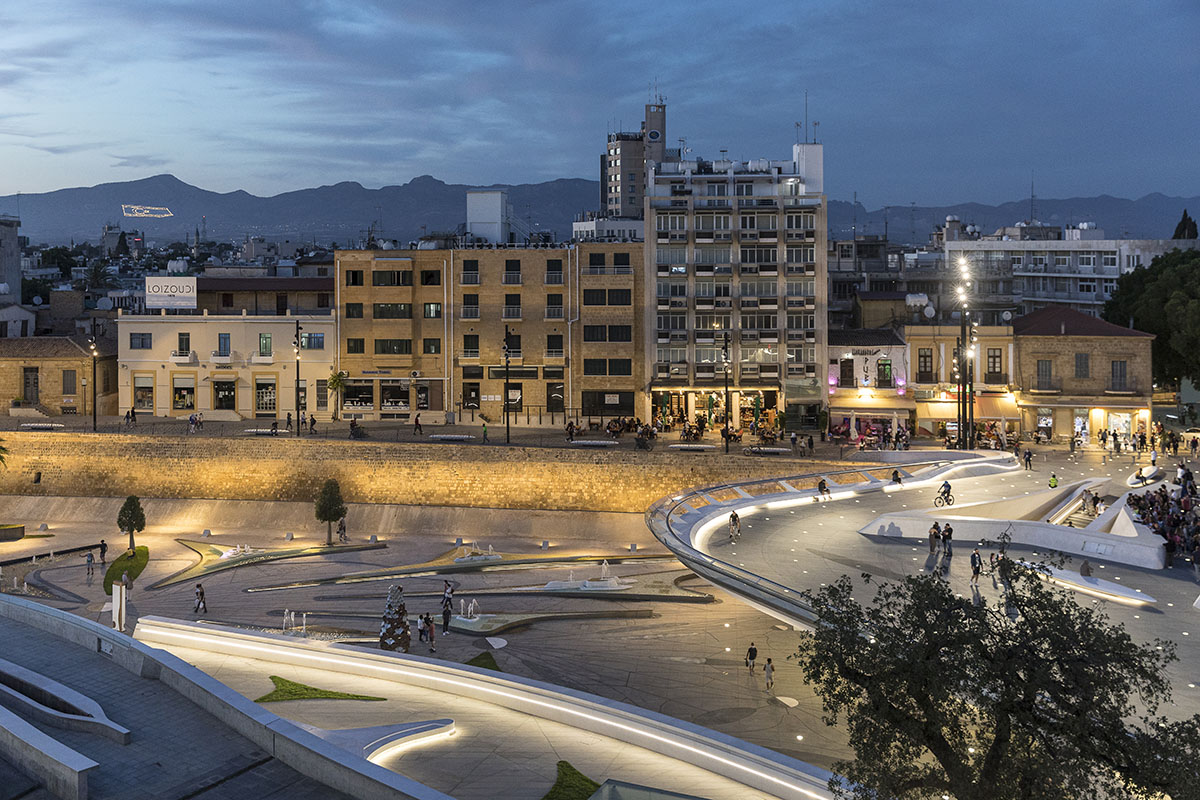 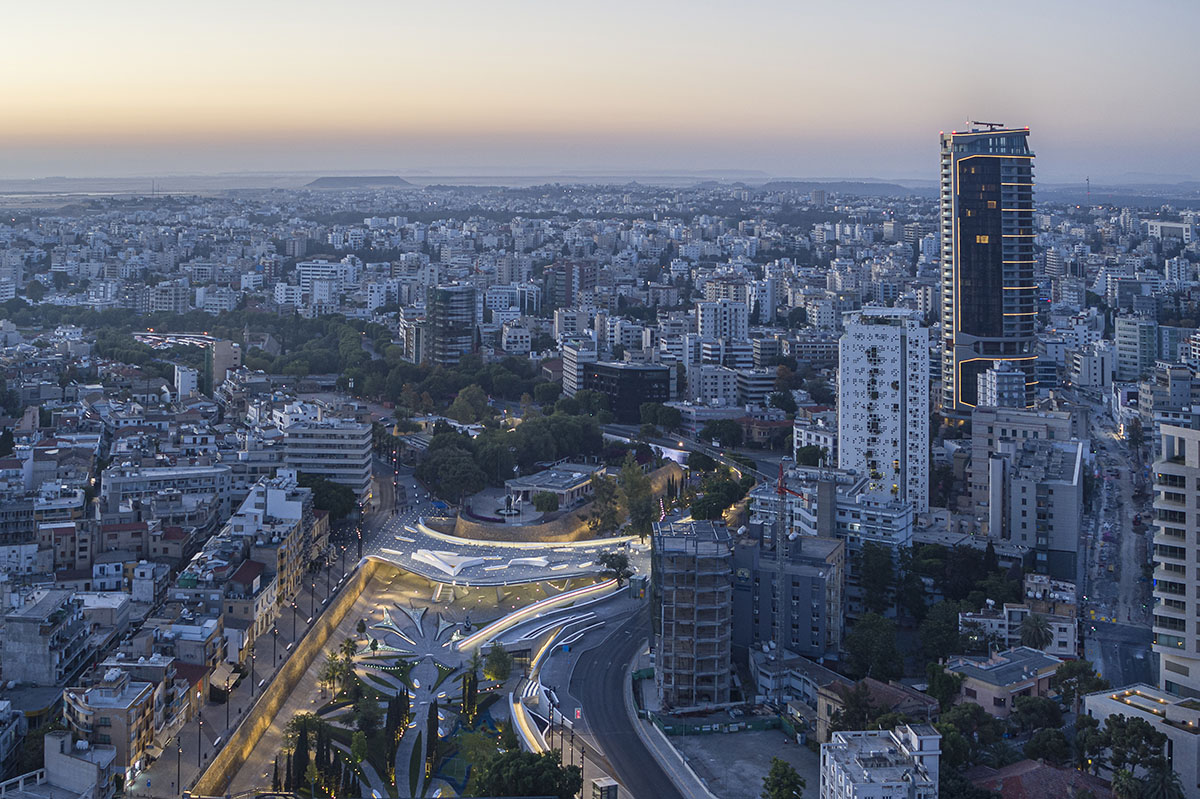 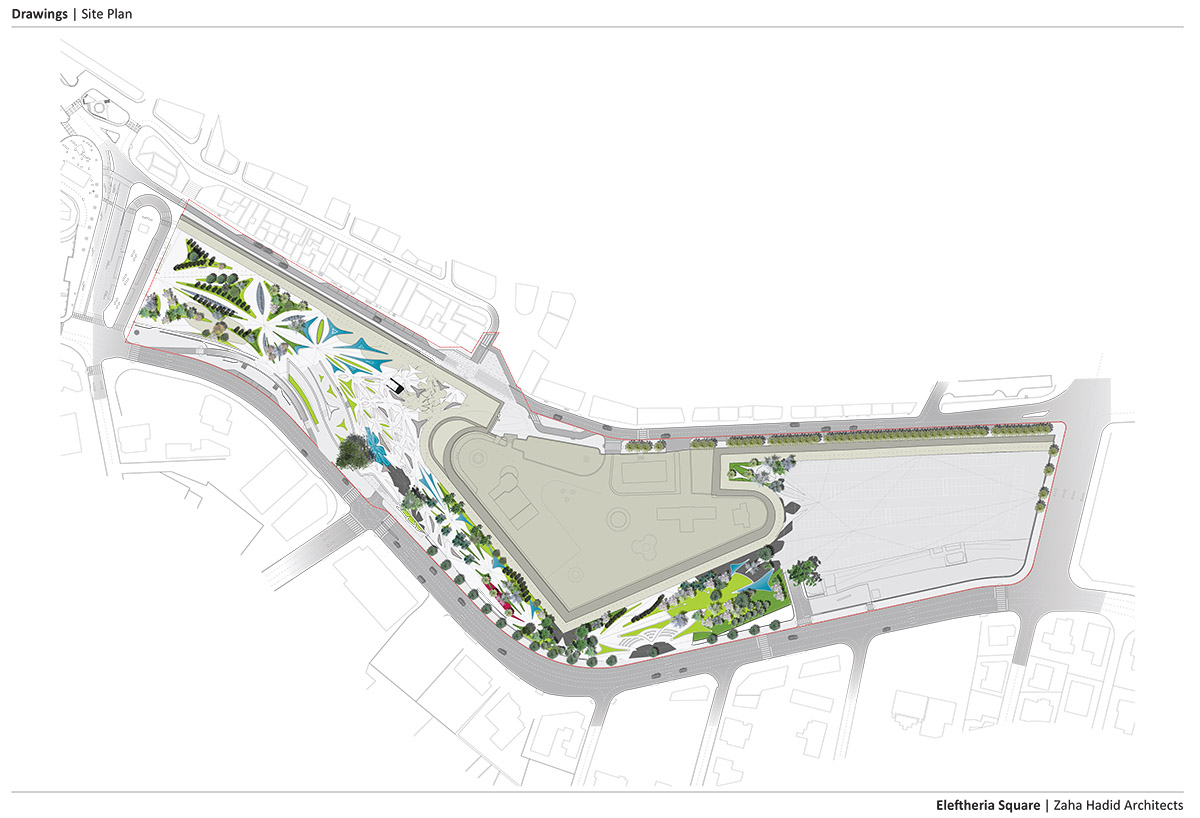 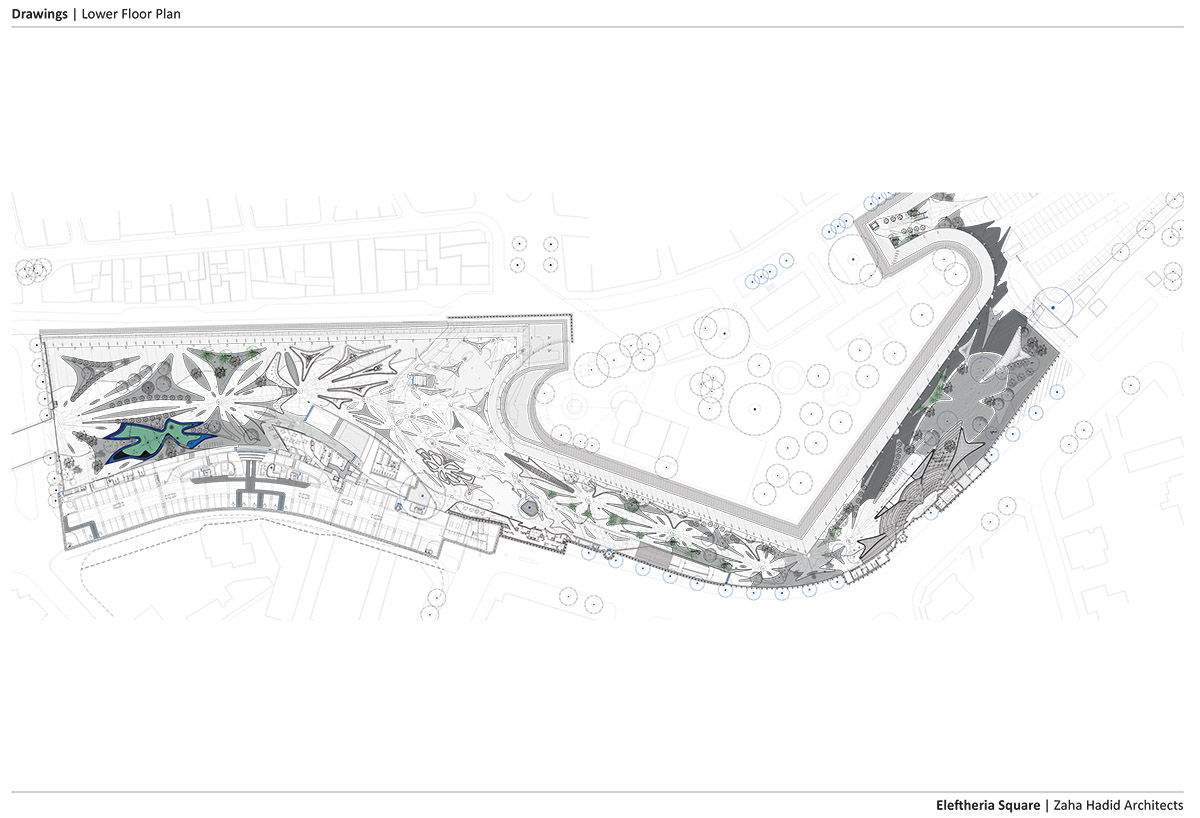 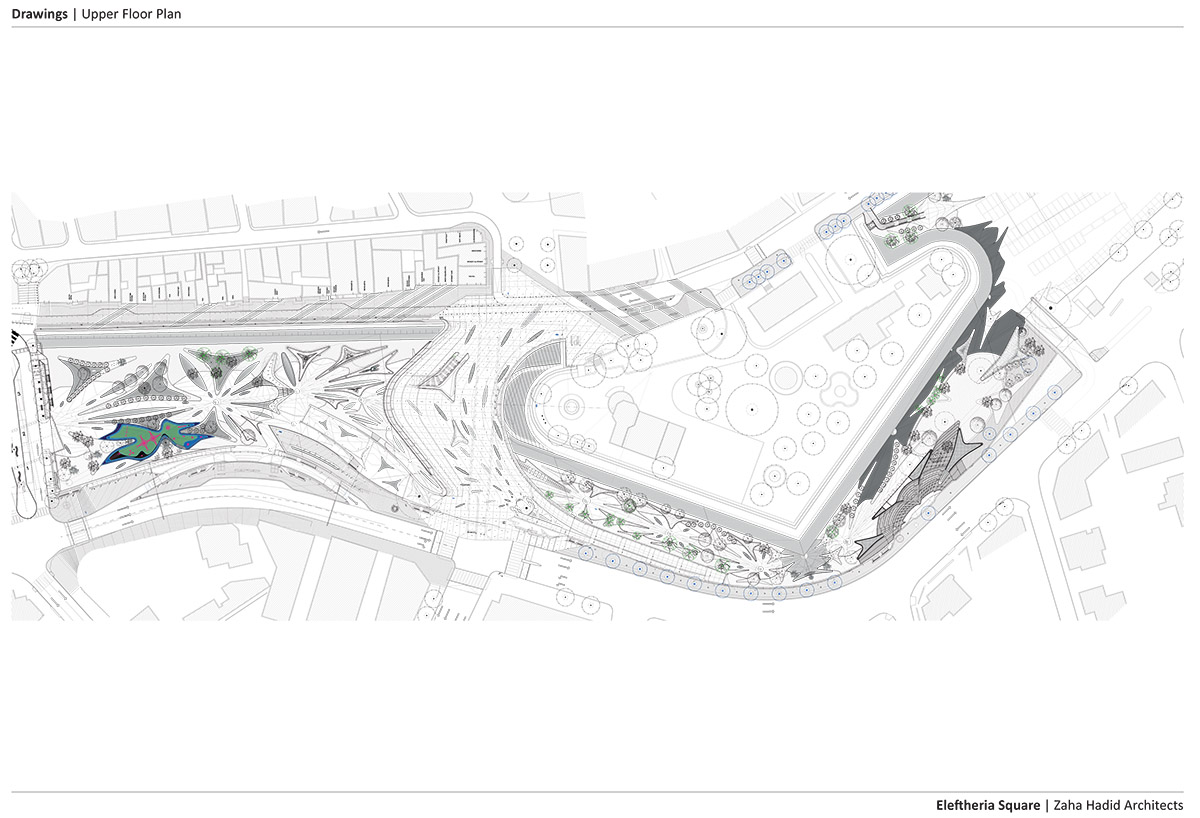 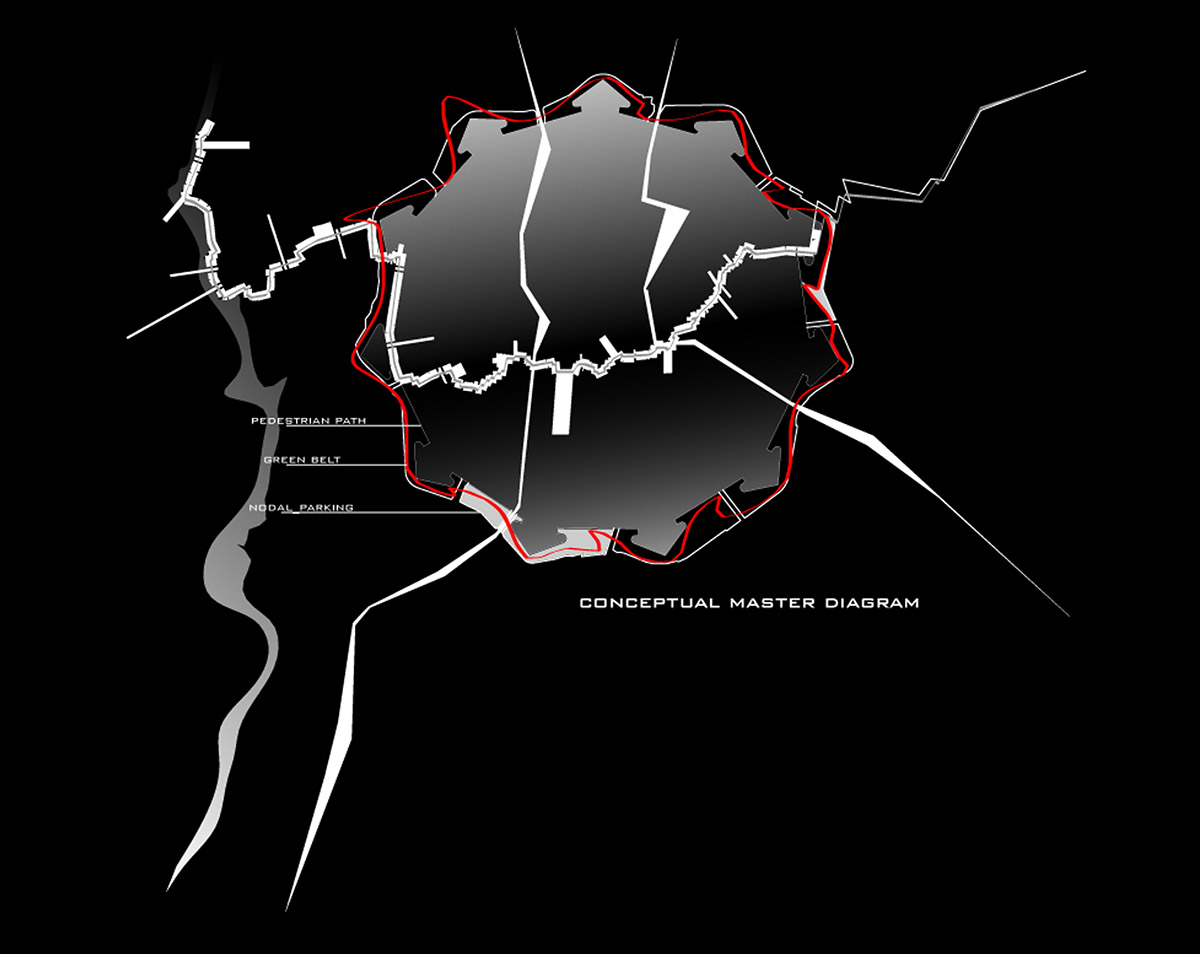 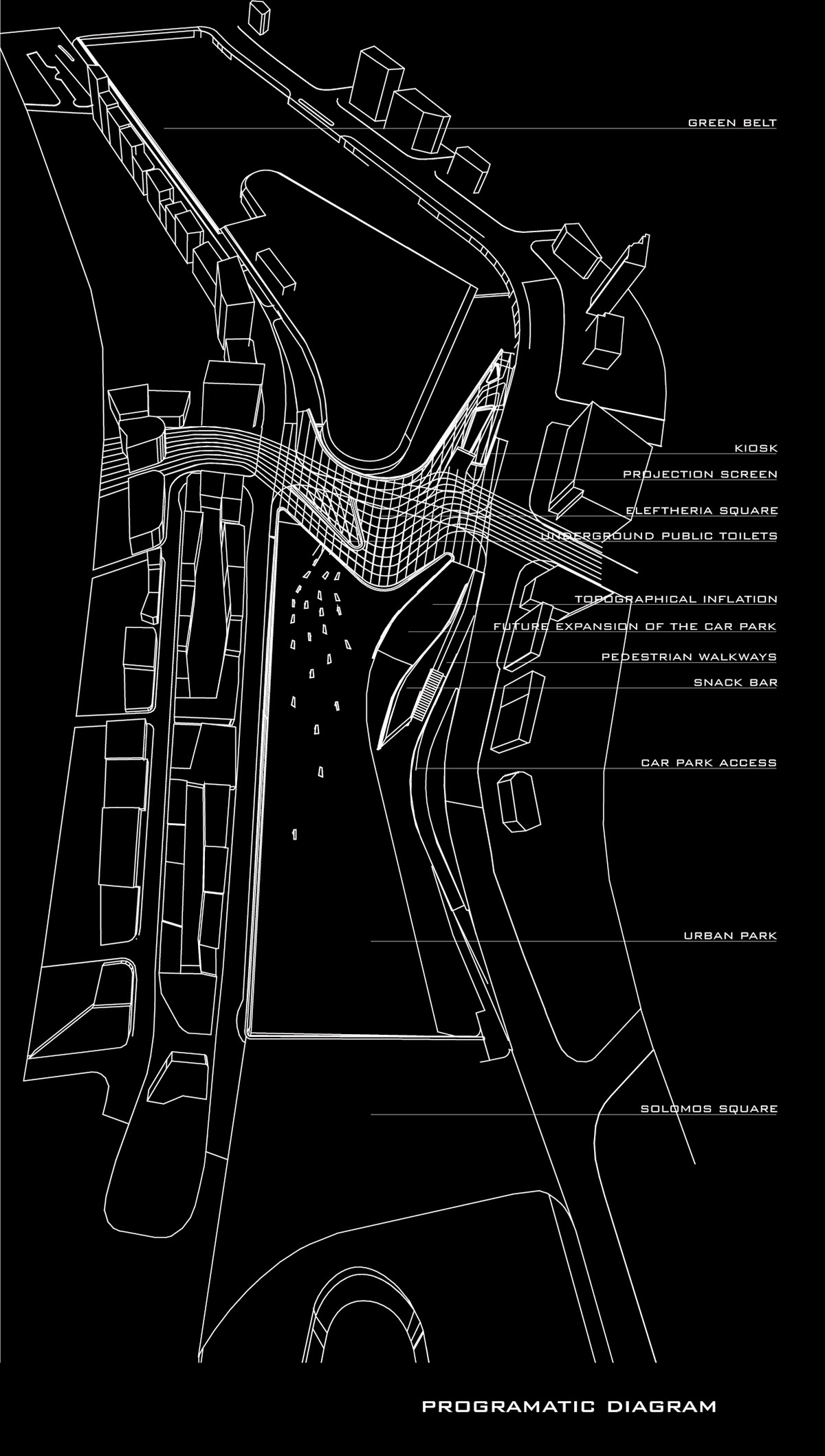 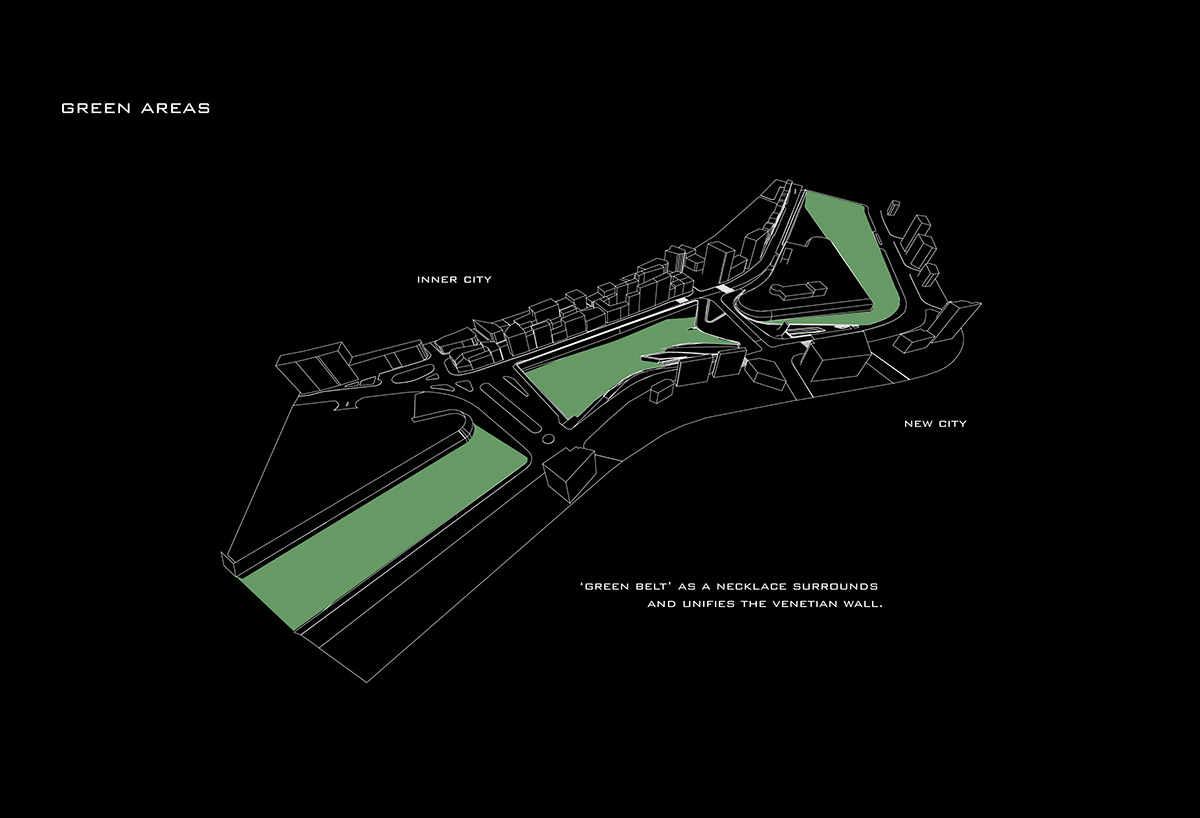 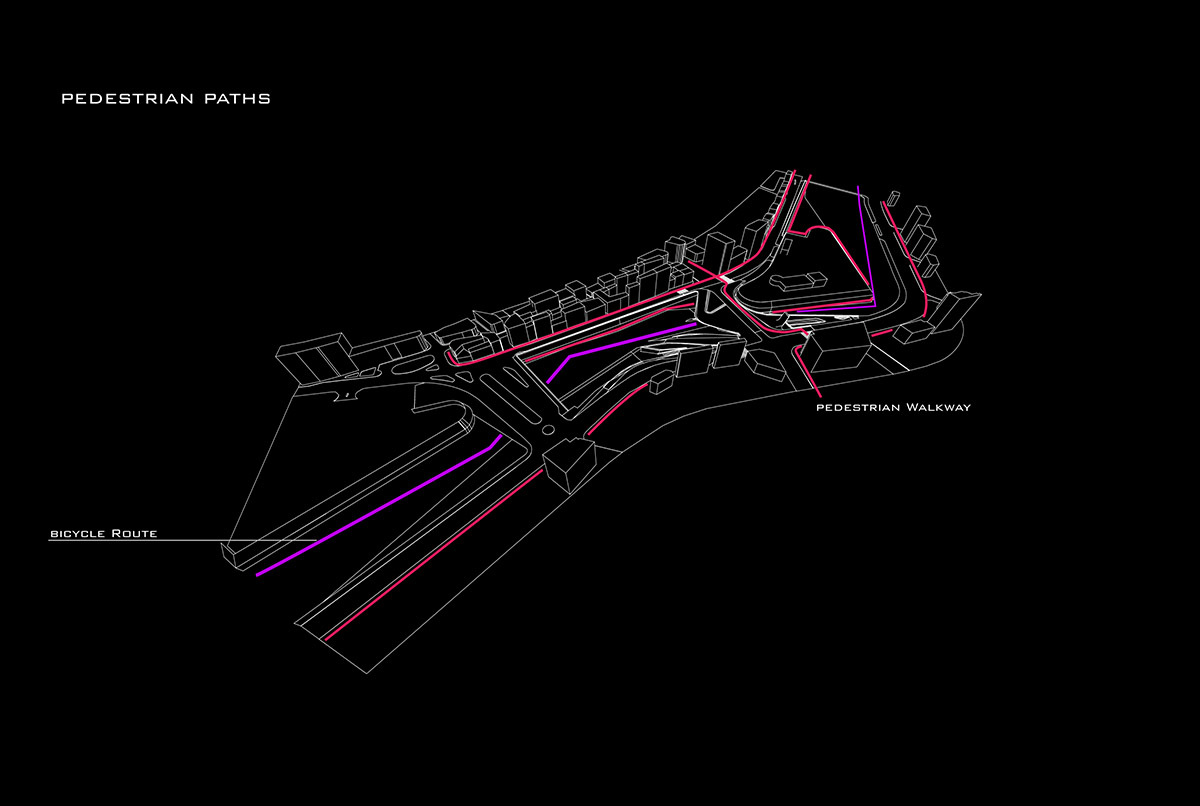