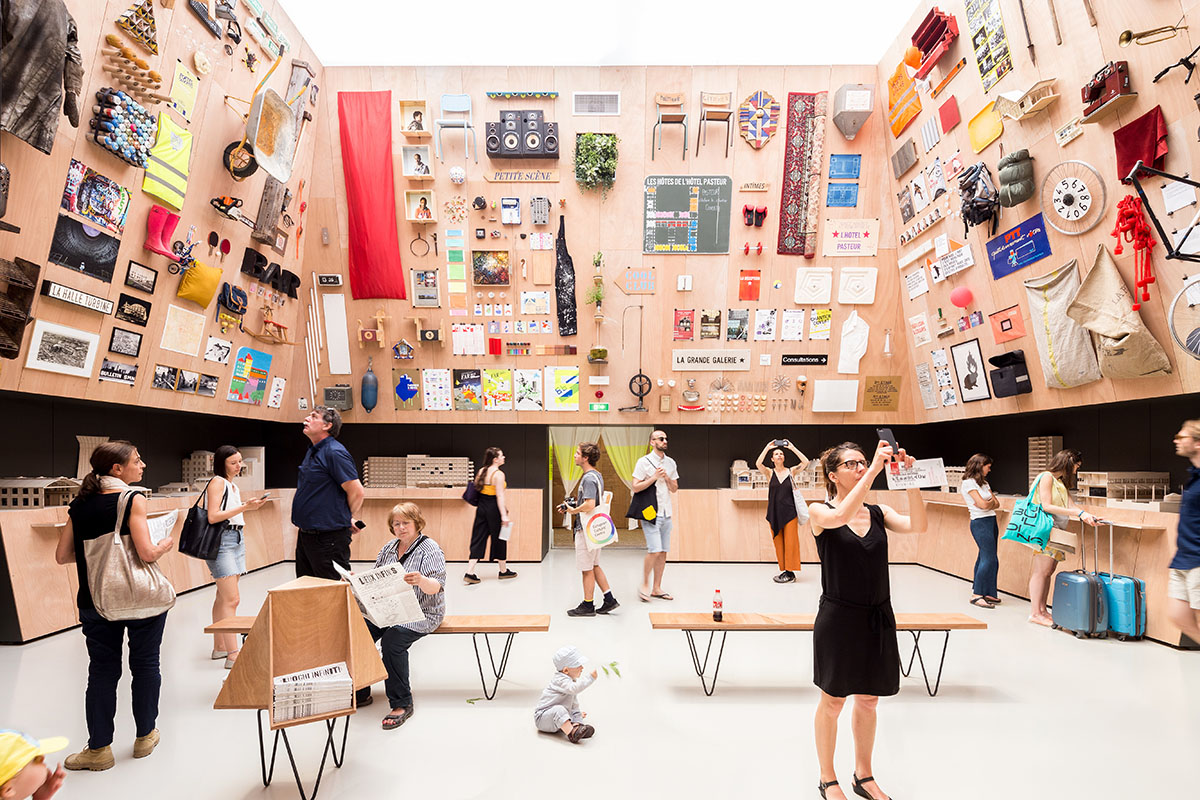 Various objects, taken from 10 different places, were mounted to the wall of cabinet of the French Pavilion to emphasise the inventive processes that generate architectural processes of value at this year's Venice Architecture Biennale.

The exhibition, titled as Infinite Places and sub-titled Constructing Buildings or Places?, is directed by the Encore Heureux team, led by the architects Nicola Delon, Julien Choppin, and Sébastien Eymard to showcase places produced by new and inventive processes that generate architectural processes of value. 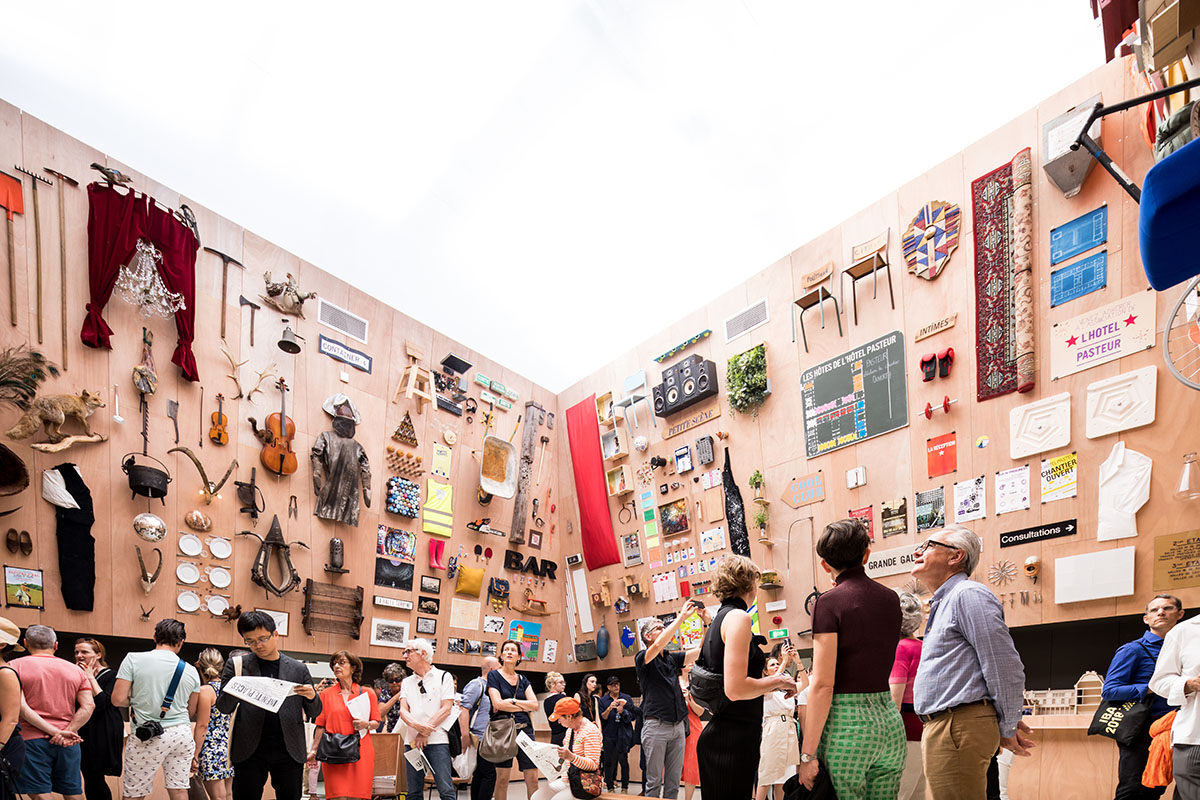 This exhibition, which considers the territory as a whole, highlights initiatives on the part of civil society and communities that embody a certain free spirit of experimentation along the lines of the "permission to do" and the ensuing possibilities opened up by architecture. 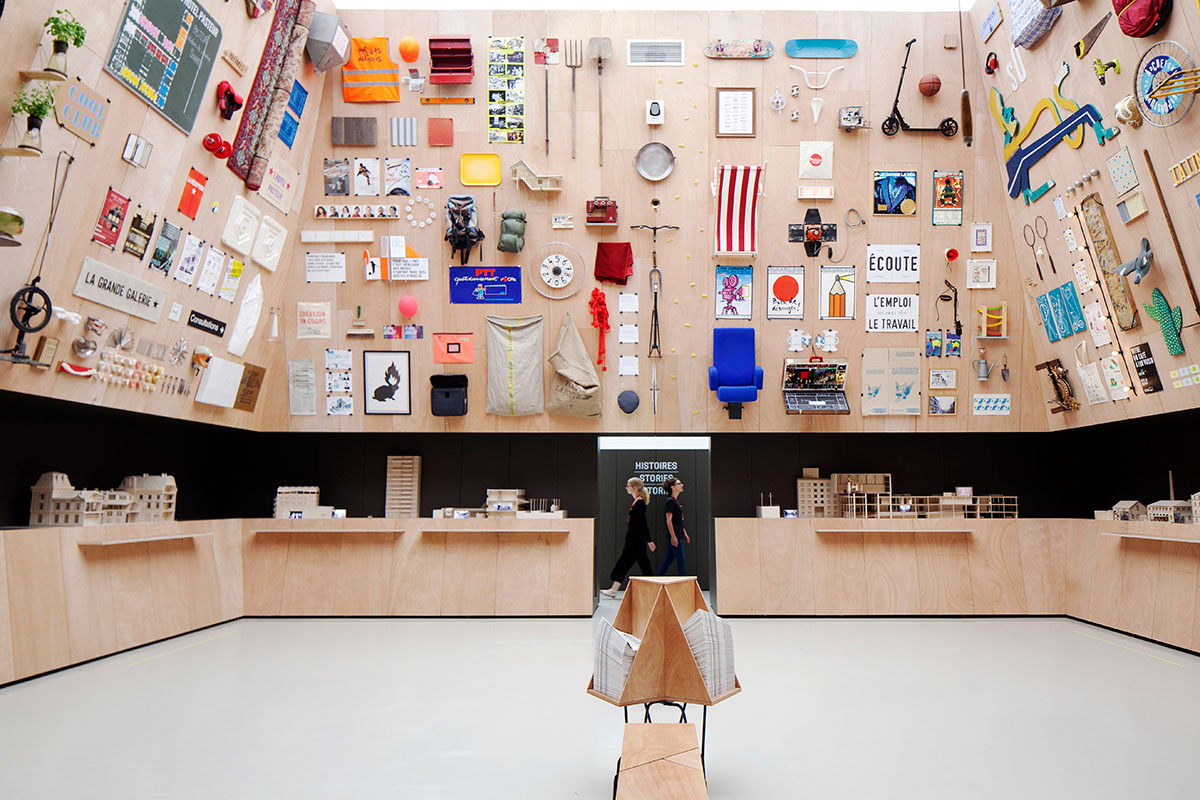 "These projects are expressions of programmatic freedom and generosity, and they live up to the theme of Freespace, adopted by the two general curators of the 16th International Architecture Exhibition of Venice Architecture Biennale, the Irish architects Yvonne Farrell and Shelley McNamara," stated in the Pavilion's manifesto.

Encore Heureux has chosen to group together ten places in France that embody these new ways of doing, which the group considers inspirational in terms of what they create on and with their territories. In this way,  the Centquatre-Paris, l’Hôtel Pasteur, la Grande Halle, les Ateliers Médicis, la Friche, la Belle de Mai, le Tri Postal, les Grands Voisins, le 6B, la Convention, la Ferme du Bonheur are presented in some form in the exhibition and activate the Pavilion during the weekends of the Biennale. 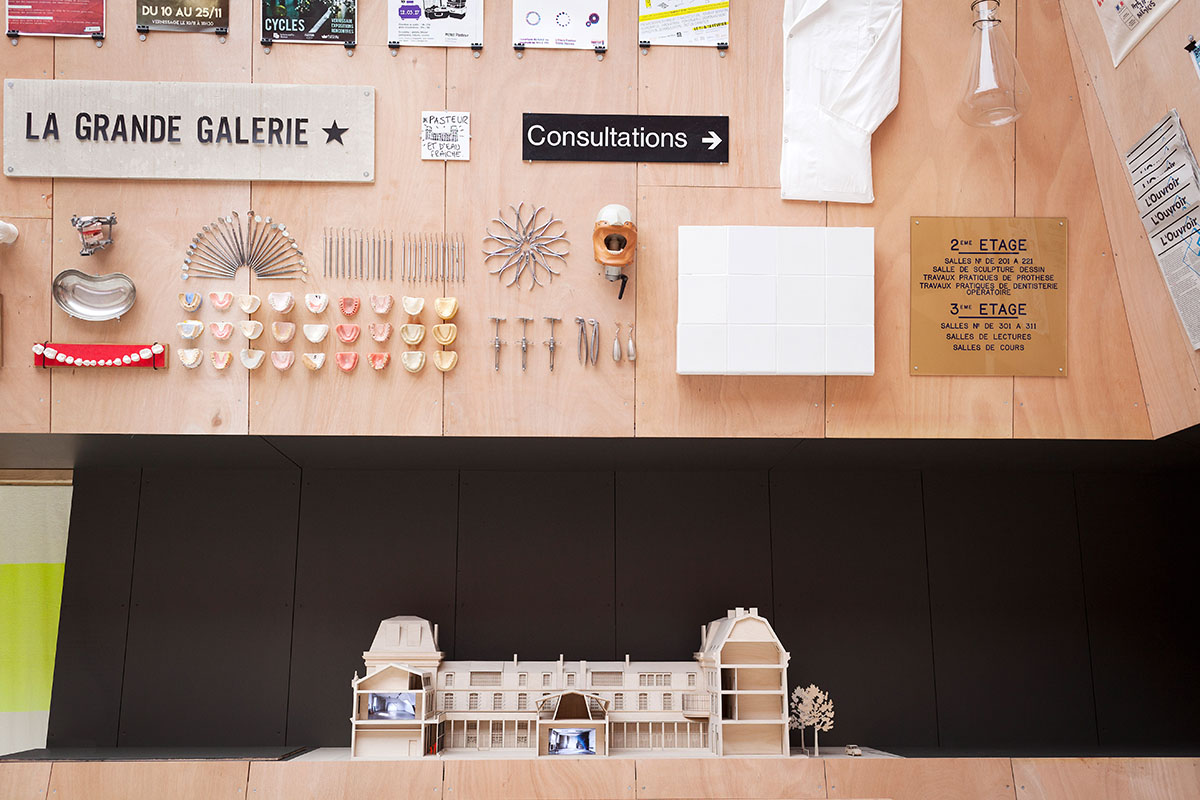 The Pavilion is divided into 4 sections: Cabinet of curiosities, Stories, Geographies and Atelier. Regarding the 10 Exhibitied Spaces, the curators said that "the choice of these ten places came out of intense discussions we had in our lives as architects. Having at some point contributed to their past or future existence, we are sensitive to what they are, and we are touched by those who bring them to life."

"They are very different in nature and in function. Some extend out over several hectares. Others are limited to a few hundred square meters. Some of them have existed for decades. Others are projected for the future." 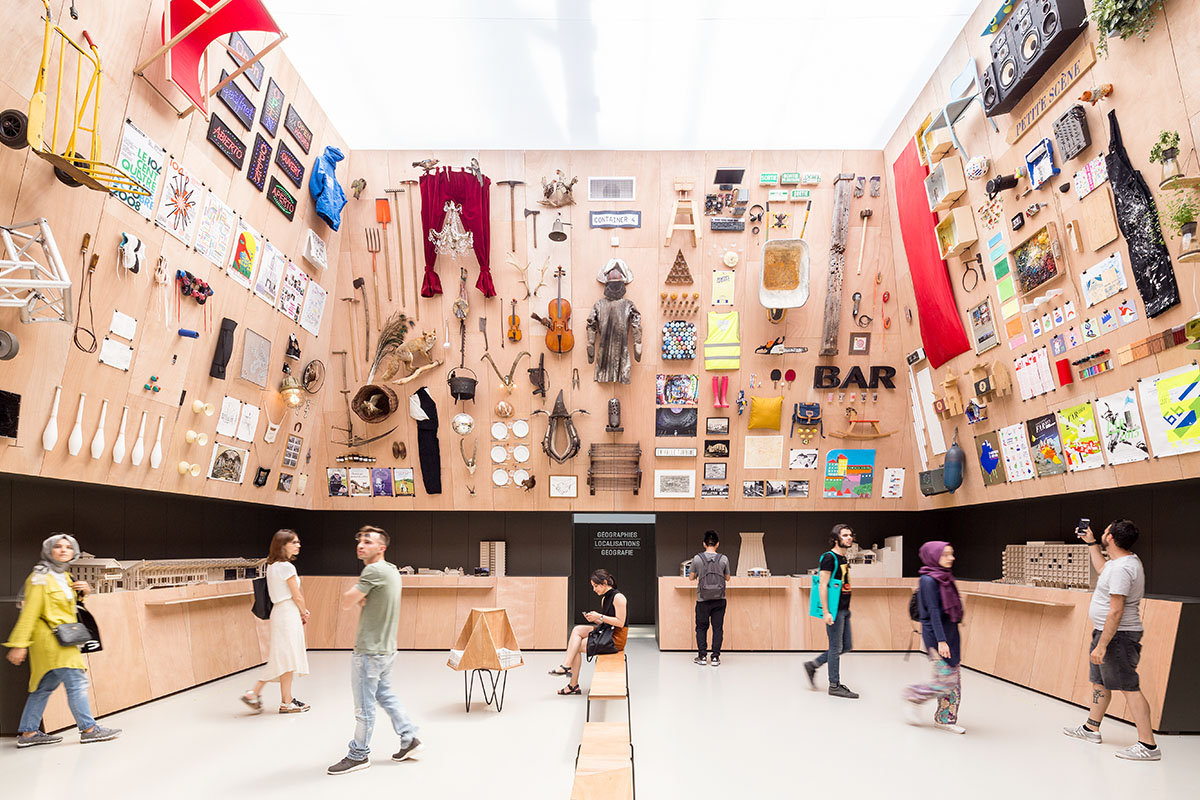 "Each of these stories starts from an encounter between individuals and a place that recognizes a potential.When the previous activities have disappeared and only an empty edifice remains, the latter is available, at least to the imagination. Sometimes they are a burden for certain elected officials or property owners, who maintain the state of abandon without having obtained the means to address the hopes that these spaces raise," they continued.

"But they are also opportunities for certain artists and visionaries, who adapt to their precarious status and dare to embarkon adventures. The methods are incremental and diverse: sometimes the squat can awake, auto-construction can facilitate, and architectural permanence can prefigure. All of them subscribe to and cultivatea mixture of genres, activities, and groups." 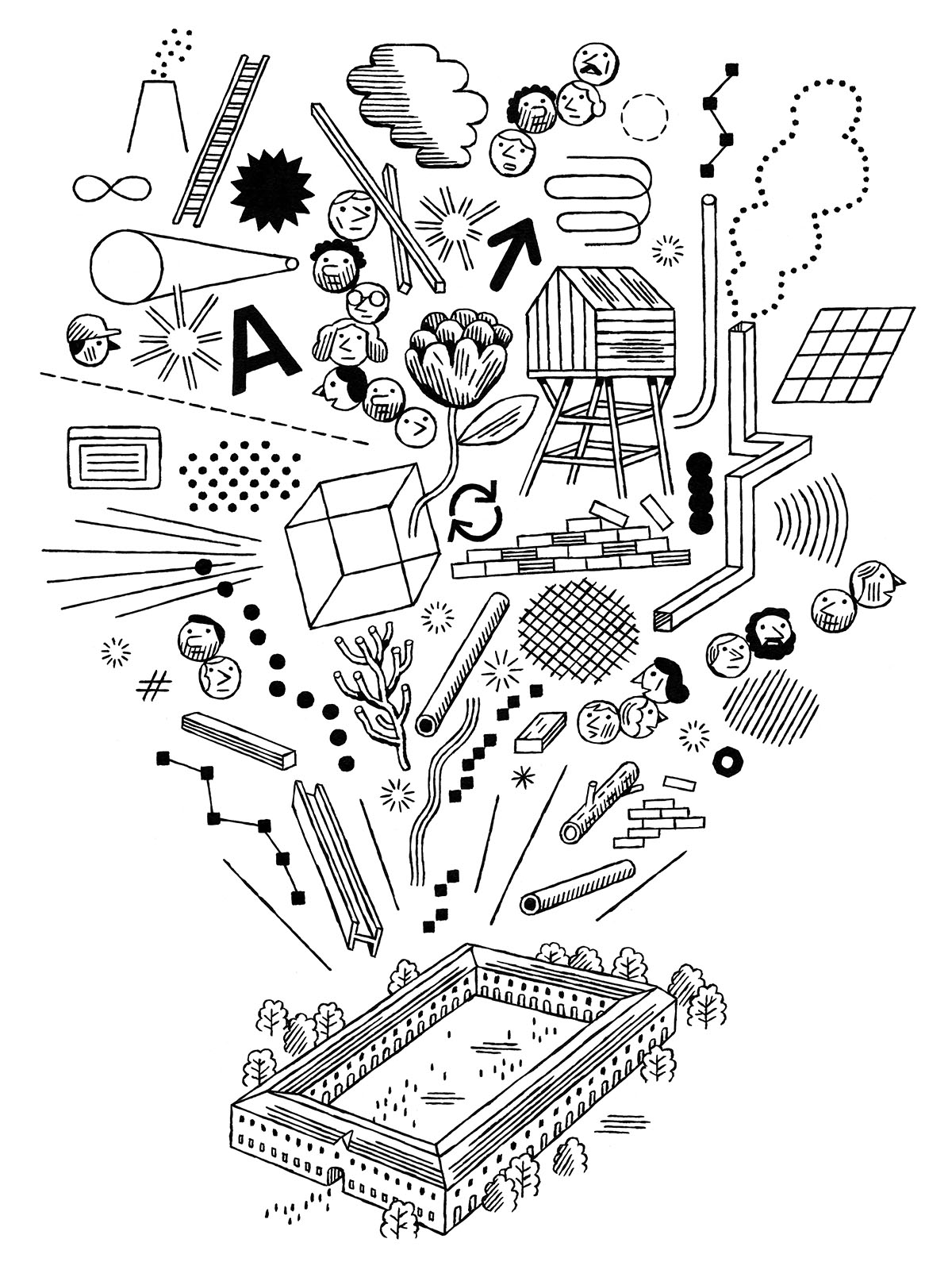 Each of the 10 places is presented through the choice of elements carefully mounted, as a collector of spaces might have done.
By presenting objects brought from the sites themselves along with additional models, the Pavilion seeks to capture and transmit some of the spirit of each place.

Through an accumulation of fragments, we display the full range of our attachments. Along the lines of Proust, the curators share the madeleines. They want to show what makes up a space in which one can feel free in a certain sense. Infinite places are built up bit-by-bit, starting from the already existent and bringing together the voices of an often-complex community of actors. In both the moment of action and also when taking a reflective distance, these voices are offered up for reading here. These are the words of the women and men who carry out the projects, who initiate them, construct them, study them, organize and inhabit them.

Here diverse activities, dense chronotypes, multiple and coexisting interests, require shared forms of governance. These places often bring out and highlight a community that the city tends otherwise to absorb into the anonymity of the everyday. Their useful roles are only to be found in lived experience. They maintain and heal the invisible architecture of social relations. Construction yes, but in the service of building up new social capacities.

The thirty-two individual or collective statements displayed on these walls are drawn from texts and interviews presented in the catalogue exhibition.They are illustrated with portraits drawn by the artist Jochen Gerner. 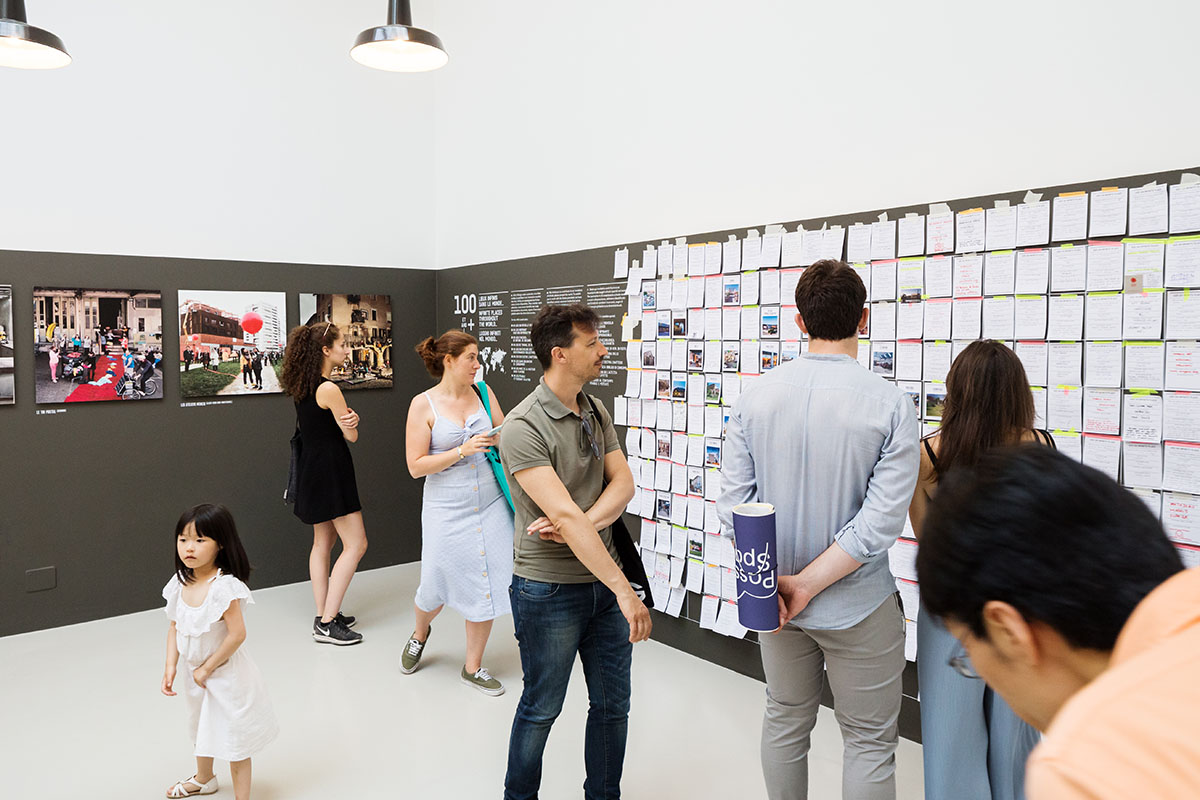 Visitors of the Pavilion invited to contribute to an inventory of infinite places around the world here. To enable them to work with the forms provided, the curators have identified certain recurrent traits that serve as indications of a global energy shared by the most diverse localities. 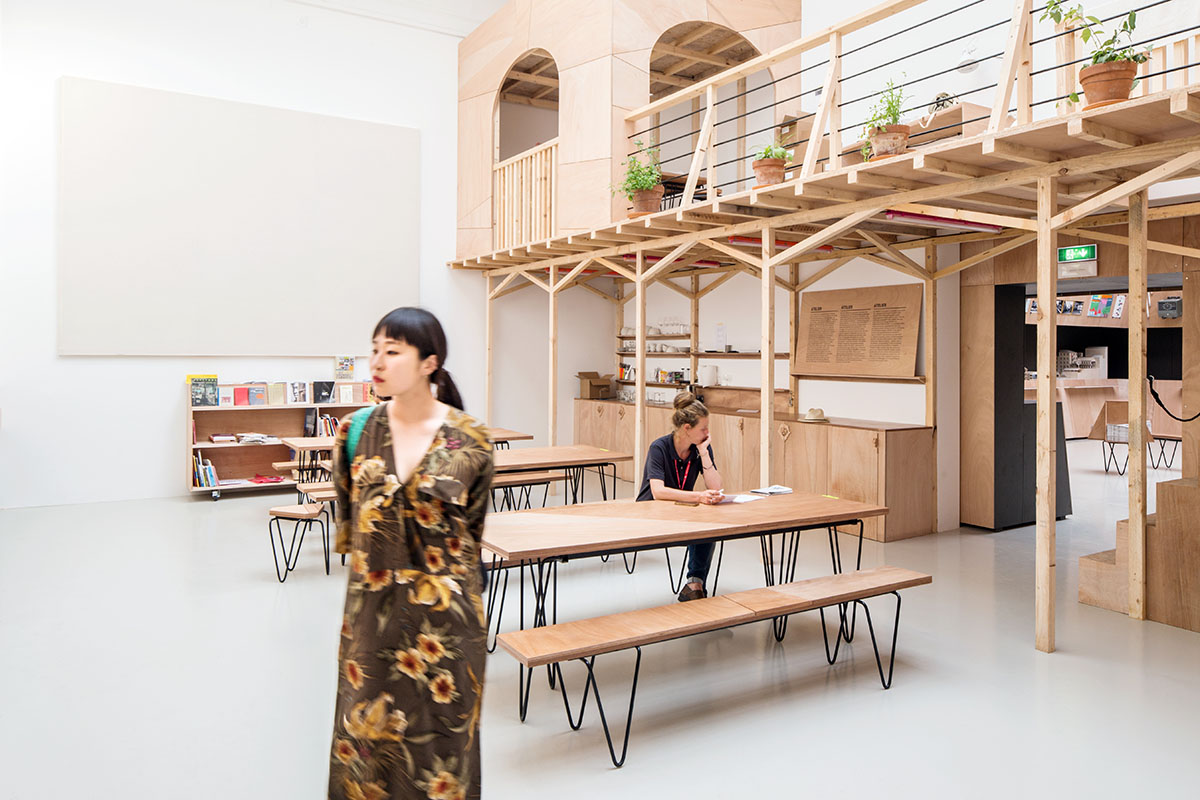 This workspace is invested by the actors of the ten invited places who intervene regularly, in turn or collectively, during the six months of the exhibition.The Pavilion is then activated and becomes a space for experimentation, work and collective design.

A number of specific commissions and collaborations are planned, including presentations of: drawings by Jochen Gerner, models created by Make it, films by Ronan Letourneur, photographies by Alexa Brunet, maps by the Paris Urbanism workshop (l’Atelier Parisien d’Urbanisme). 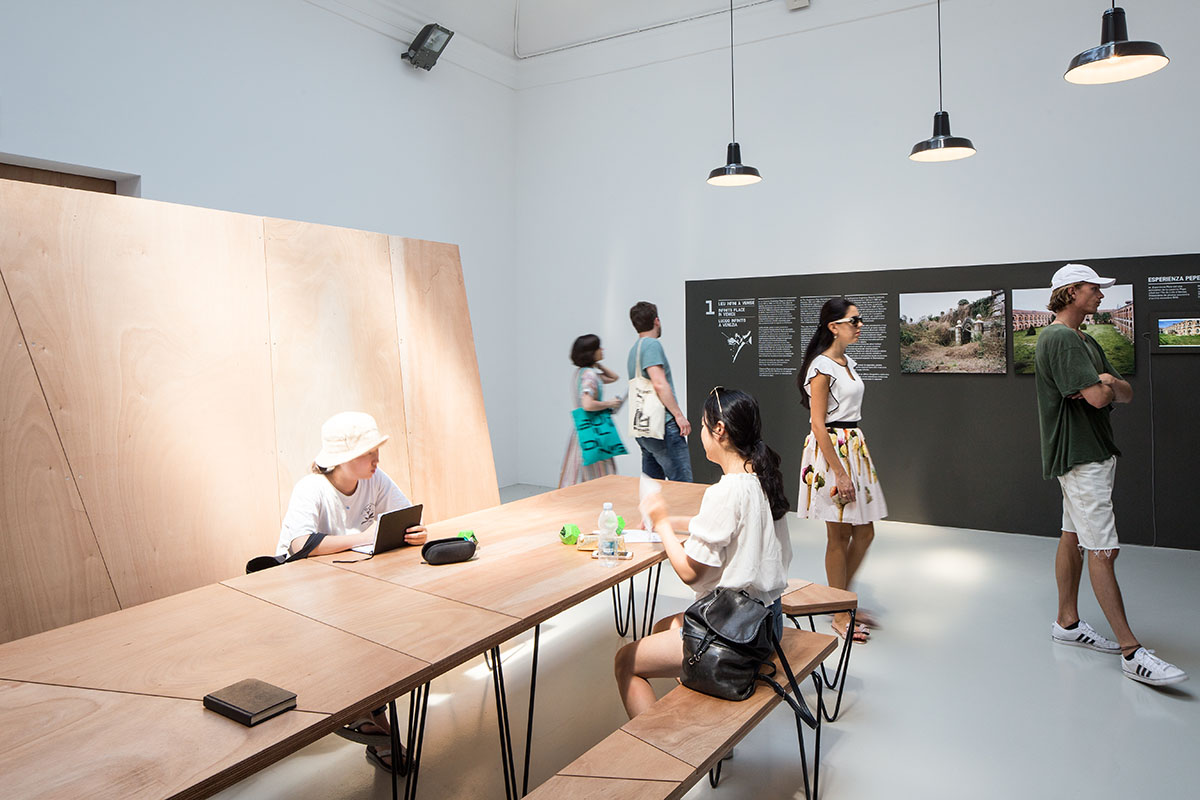 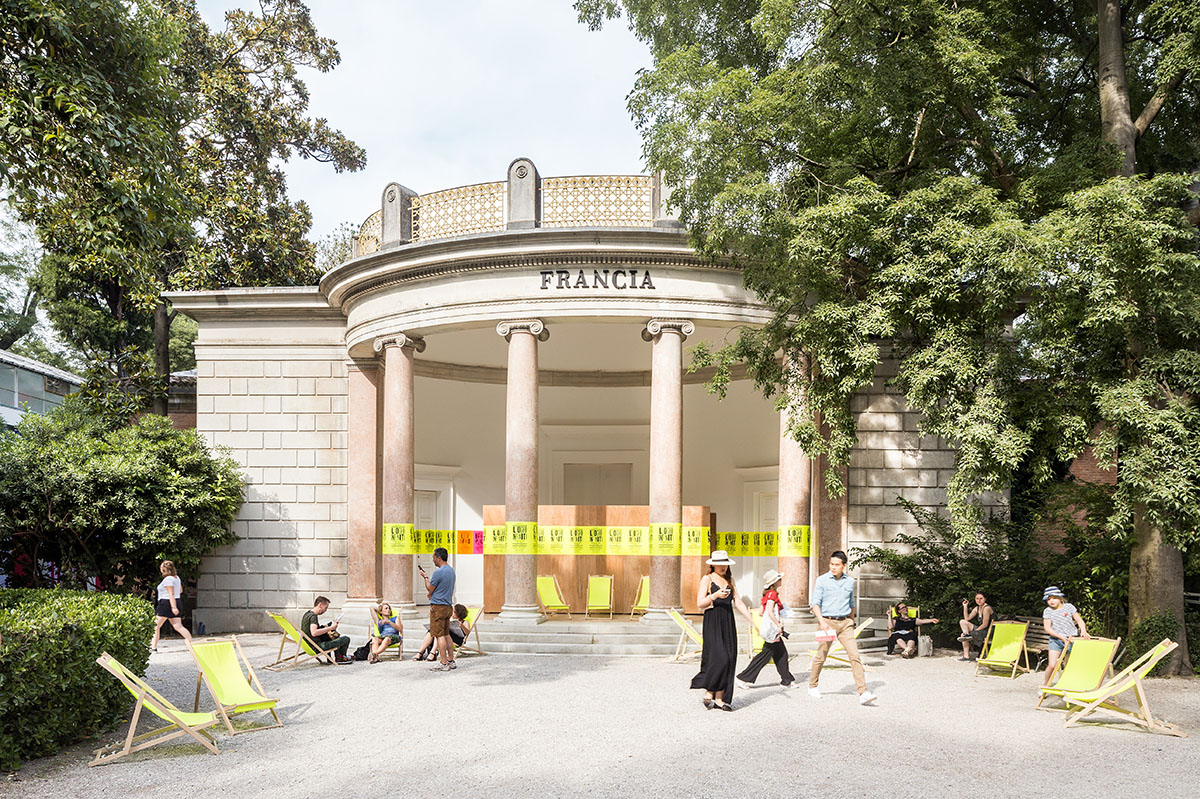