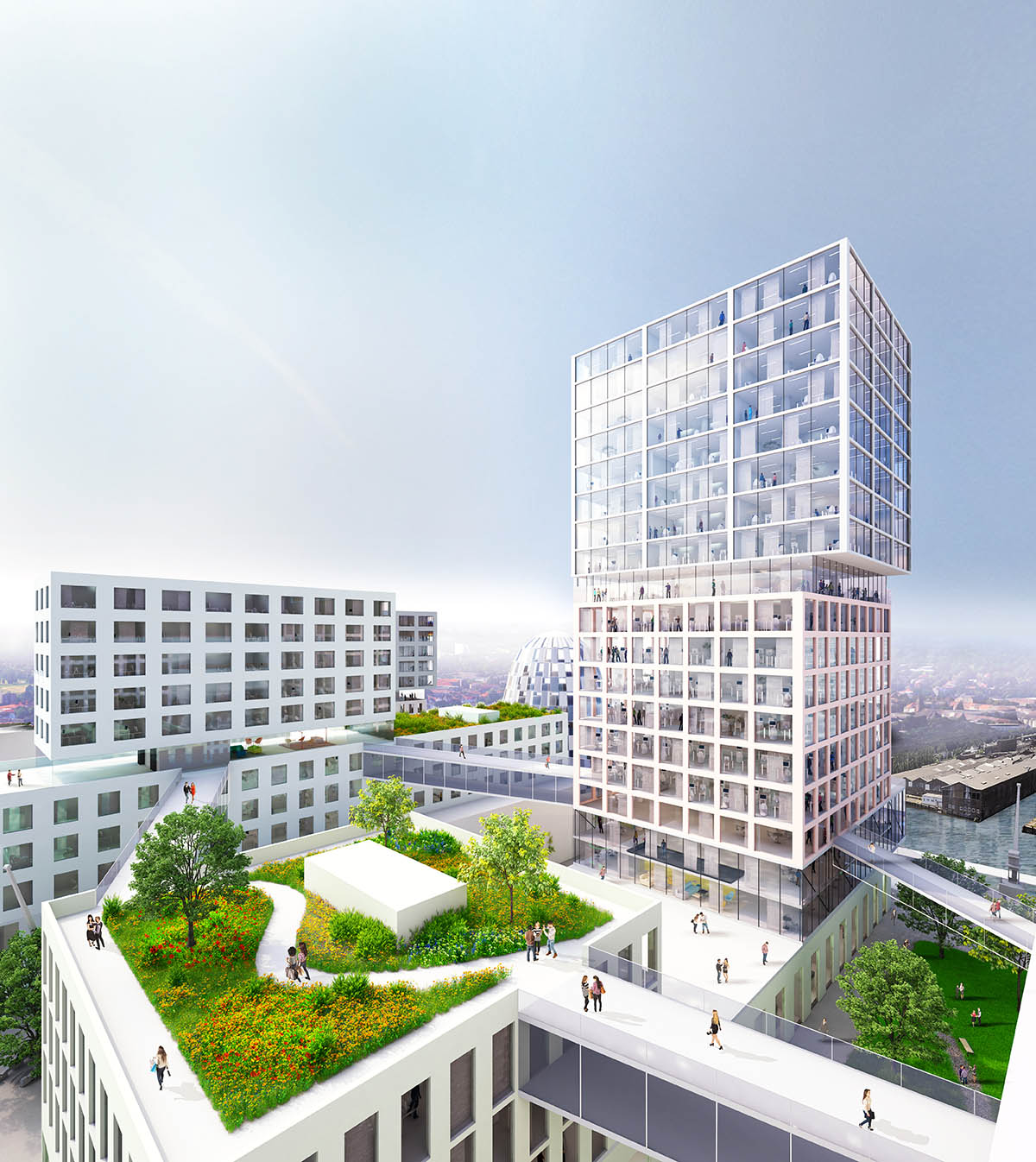 Construction work has begun on MVRDV's Hamburg Innovation Port for the first phase, the 60,000-square-metre mixed-use development will connect the existing port typologies with urban dynamic to create architectural diversity and innovation on the existing site. The first stage of the project is set to be completed for spring 2019.

Located on the banks of old Harburger Schloss in the Channel Hamburg development, and on the 20,000-square-metre site on Blohmstrasse, the big-scaled masterplan will be developed over several construction phases for more than 2,500 jobs and the planned expansion of Hamburg University of Technology (TUHH).

In addition, the innovation park developed by HC Hagemann, is intended to facilitate the networking of business and science and offer the best prerequisites for establishing a vibrant start-up and start-up scene. 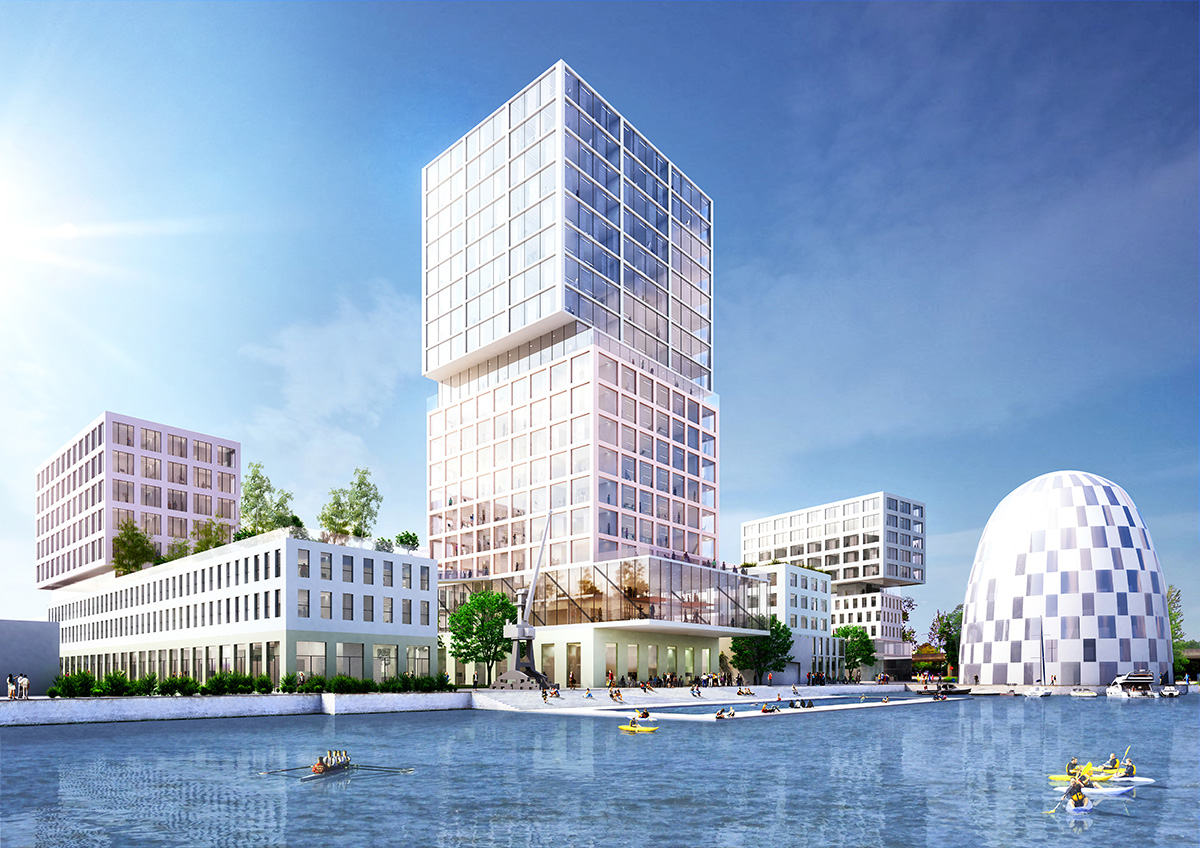 "Part of the plan is the idea of a diverse public space in which each section has its own strong character," said Jacob van Rijs, co-founder, MVRDV.

"There is a park, a boulevard, a square, shared spaces and a waterside promenade that invites office workers to have outside meetings and al fresco luncheons creating a vibrant waterside neighbourhood."

MVRDV propose a dense and programmatic mixed urban plan that is composed out of a series of efficient standard office-volumes, guaranteeing a lively new urban area. A special focus is the diversity of the project, both in an aesthetical and typological manner.

The phasing strategy makes it possible to realise Hamburg Innovation Port in different portions, to commission different architects for the buildings and to change the project as in the coming years the program might change. This flexibility is an essential characteristic, each of the buildings can be realised on its own yet they can be combined with bridges which leads to large surface offices where companies can work on one level. 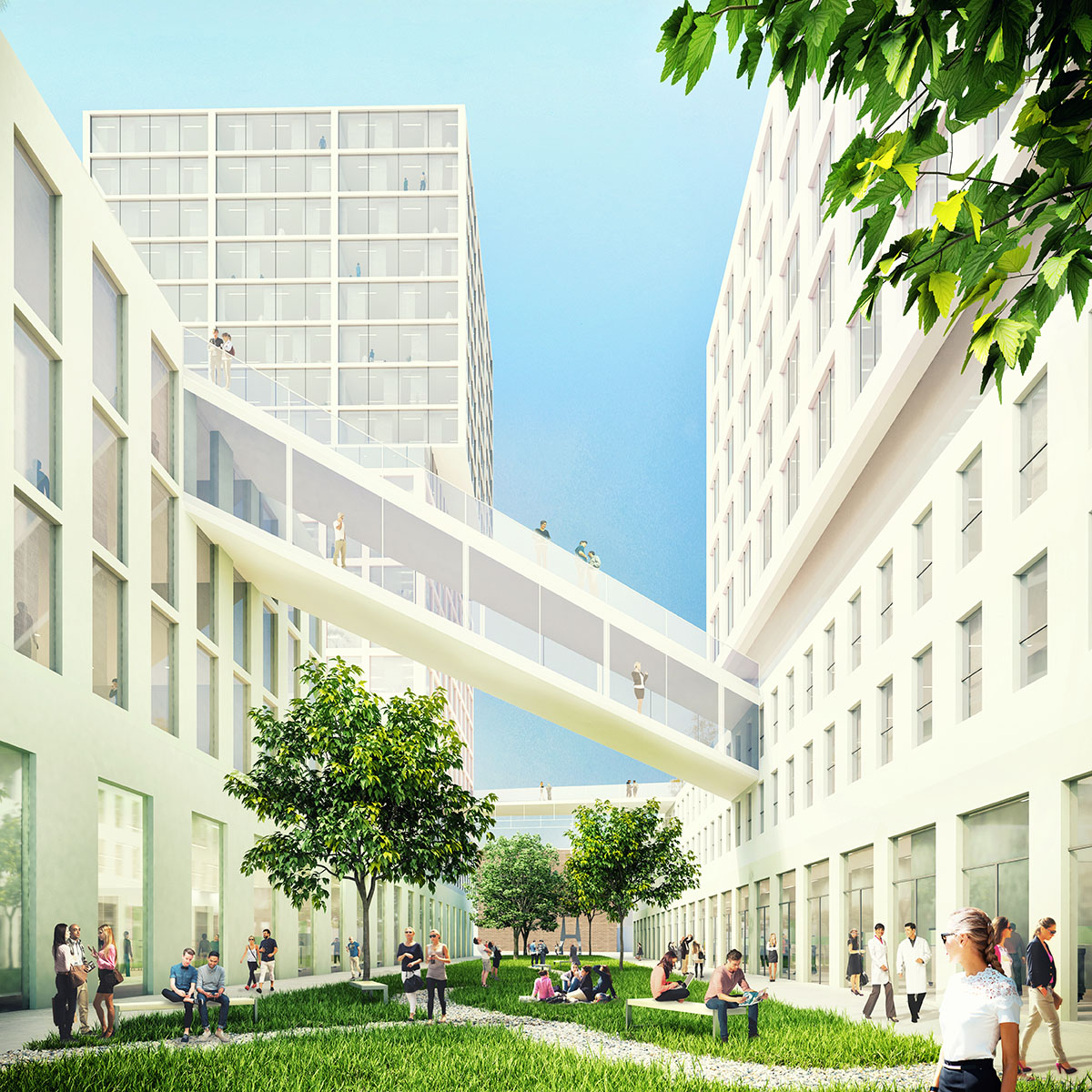 Senator Frank Horch, Arne Weber, Investor and Managing Director of HC Hagemann GmbH & Co. KG, Dierk Trispel, Deputy District Director Harburg and Prof. Dr. Ing. Ed Brinksma, President of the TUHH, were all present to lay the foundation stone for the new Innovation Park. In the traditional ceremony, in addition to blueprints, the daily newspaper and a few coins, a mini-reactor from the Deanery of Process Engineering and a test tube with the world's lightest material invented in the TUHH were laid in the foundation stone. 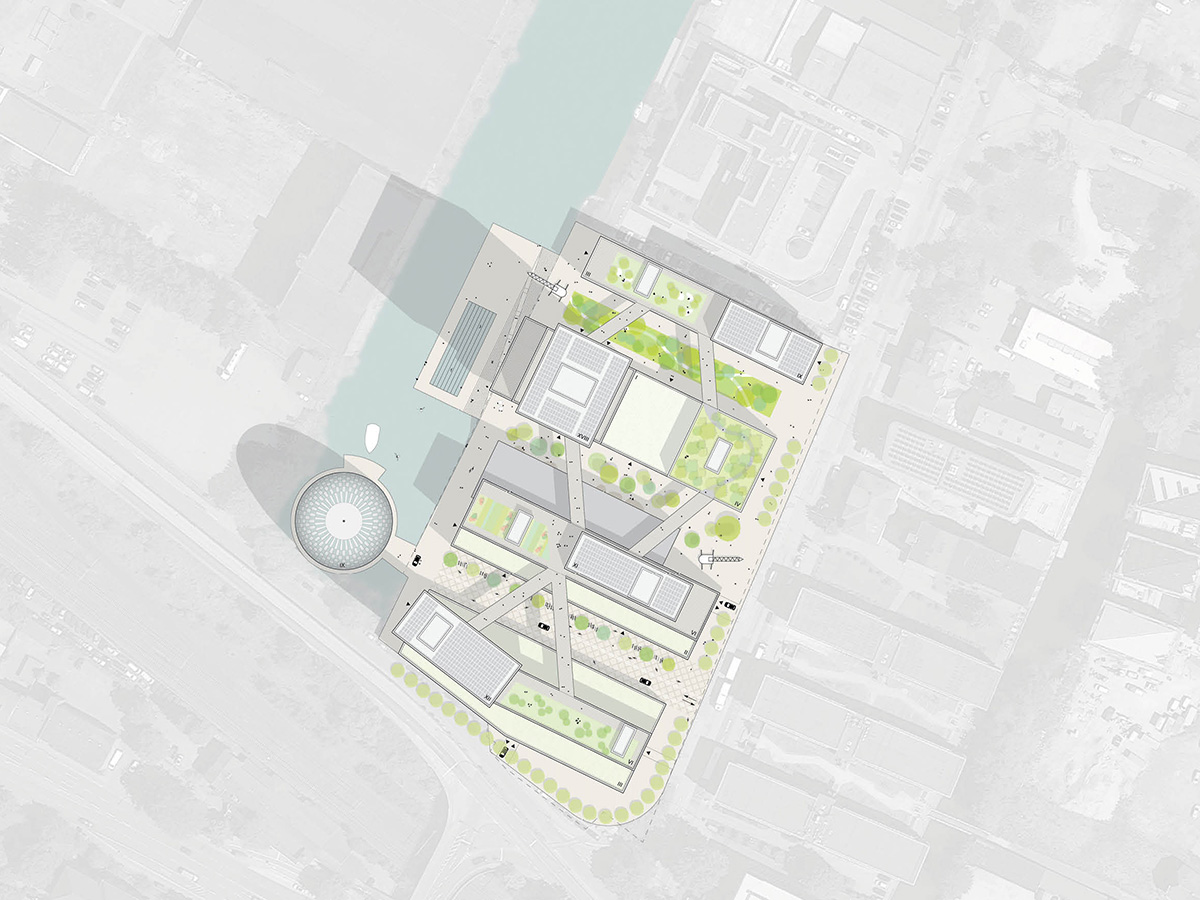 In order to reduce car dependency, one of the four buildings is planned partly as a car park, in which all parking spaces are housed, and at the same time, it will act as sound insulation for the area. The buildings are connected by walkways and bridges. The light façade cladding gives the ensemble a coherent appearance in which every single building has its own identity. Some roof surfaces are landscaped and partly equipped with terraces and solar panels. In addition, a 'floating' outdoor pool is part of the master plan, which activates the waterfront location.

MVRDV won the competition to design the Hamburg Innovation Port masterplan in 2016 together with co-architect morePlatz from Berlin for HC Hagemann, one of Germany’s oldest construction companies with a tradition and history dating back to 1869.