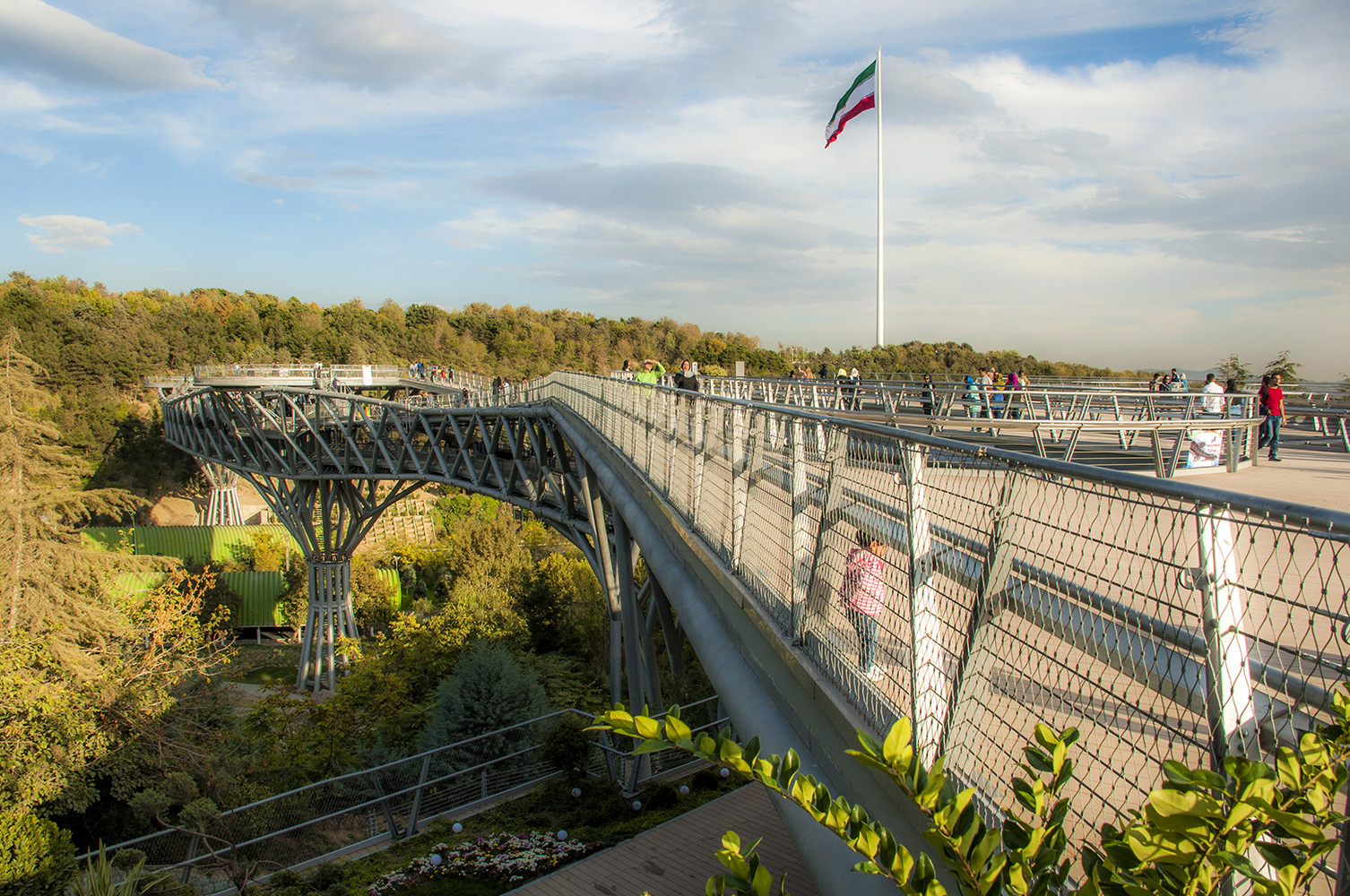 The summary of the mentioned interviews will be shared and published by the World Architecture Community as the series of "Contemporary Architecture of Iran".

The first project of this series is "Tabiat Pedestrian Bridge" by Leila Araghian and Alireza Behzadi, whose won the Aga Khan Award in 2016. 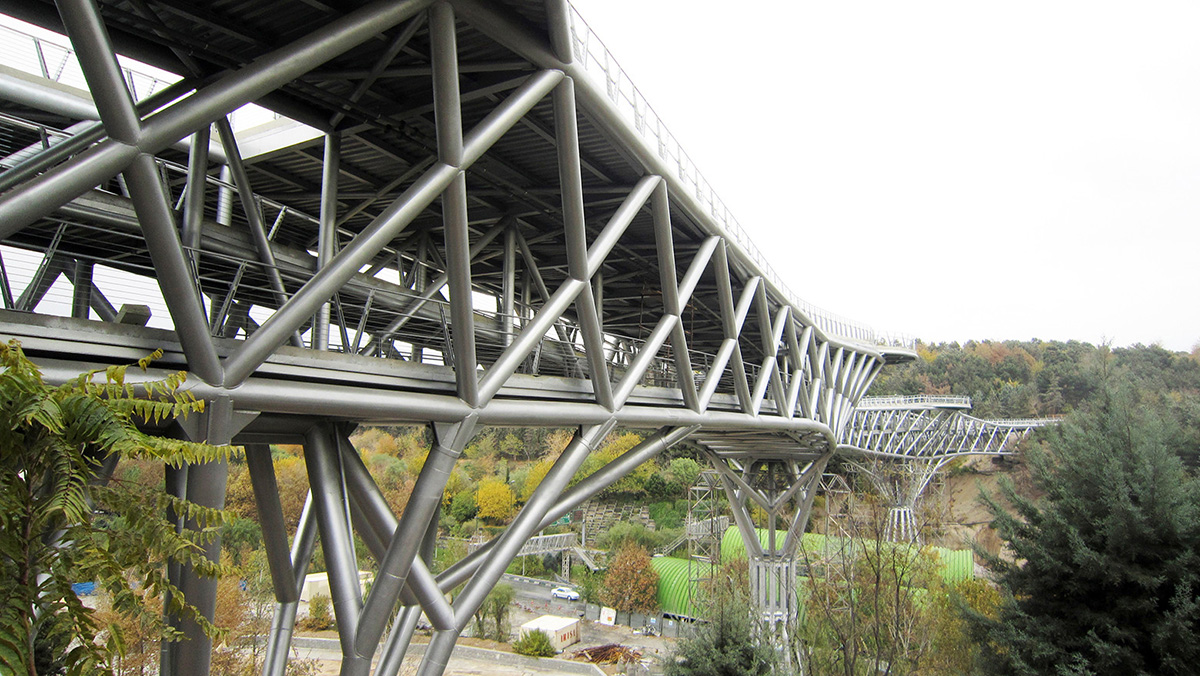 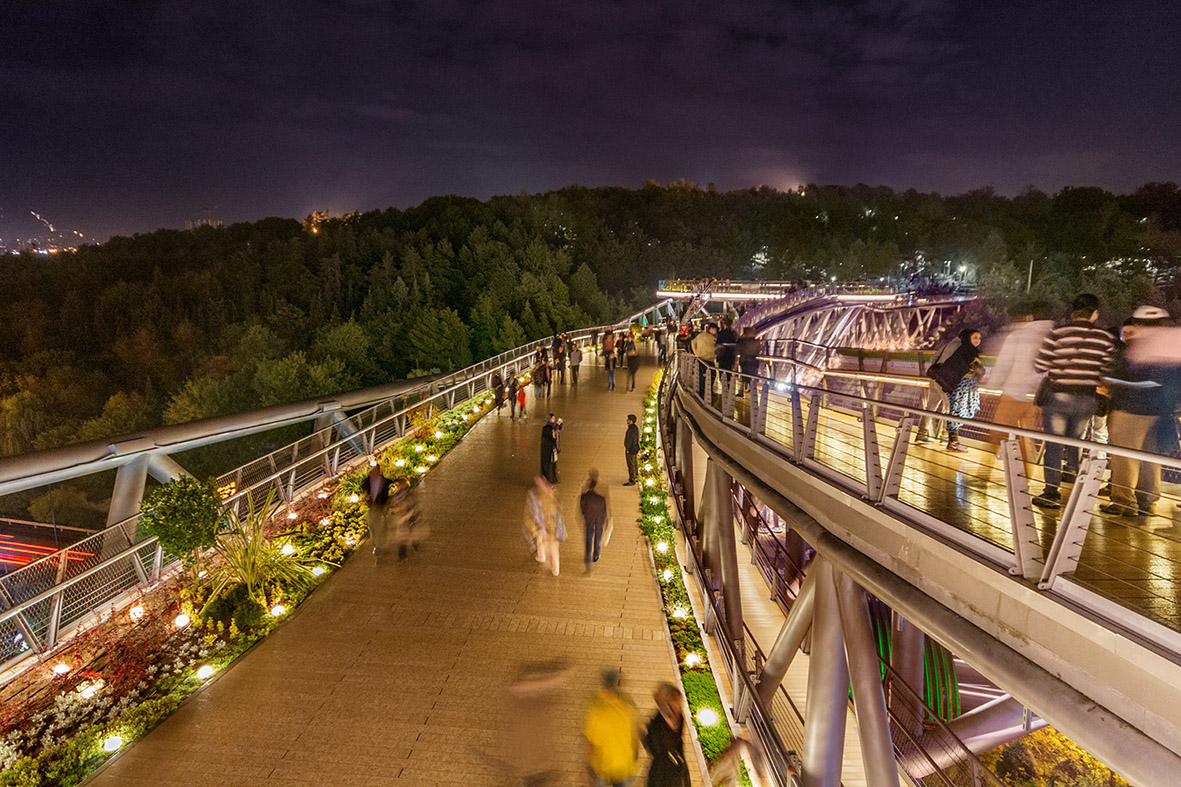 You may find an excerpt of Eiraji's interview with Leila Araghian and Alireza Behzadi below:

Javad Eiraji: Would you please tell us about the needs, actions and needed re-actions in "Tabiat Pedestrian Bridge" project?

Leila Araghian: At the first steps of design process, having a minimal form was being discussed. Then, the main factor was "human", as the main user of the project. Tehran is a city that unfortunately because of its urban design in everywhere the right is just with cars, bikes and motorcycles and even in pedestrian you can see the cycles pass away or the cars are parked. So, the main aim was designing a special space for human and presenting respect for him or her.

So, we were searching for a place that can create a connection with human and his soul. 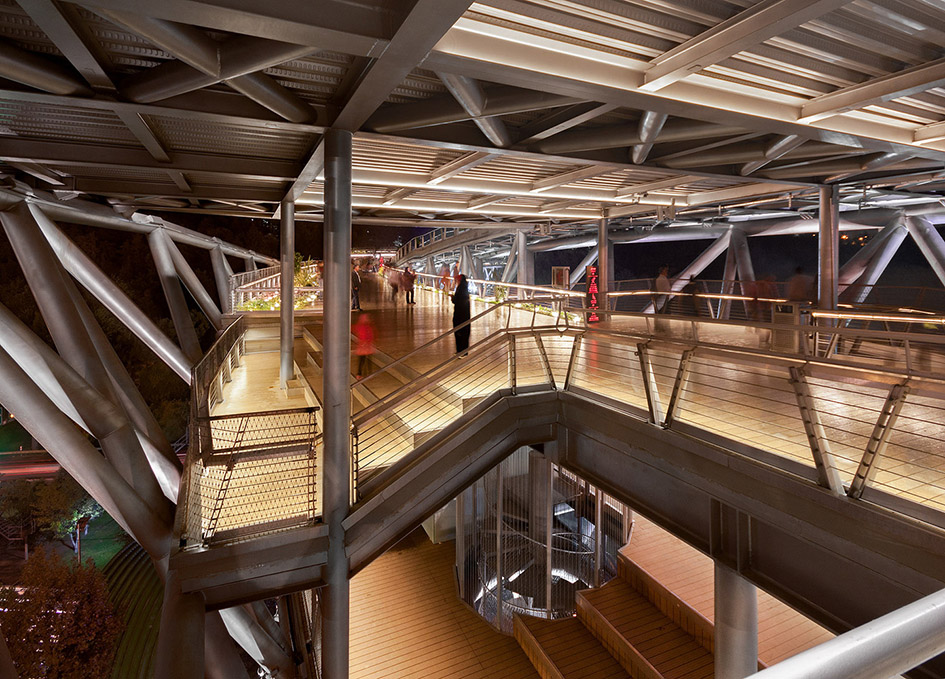 Javad Eiraji: How did you create this connection?

Alireza Behzadi: This project was an architectural-urban design project. In fact in this project our duty was to connect human, architecture and city. We have the same case in Iranian traditional architecture like Imam Mosque in Isfahan or Iranian Traditional Hamams which the relationship and conversation between users was the main action.

To cut a long story short, “human is respectable on this bridge”. 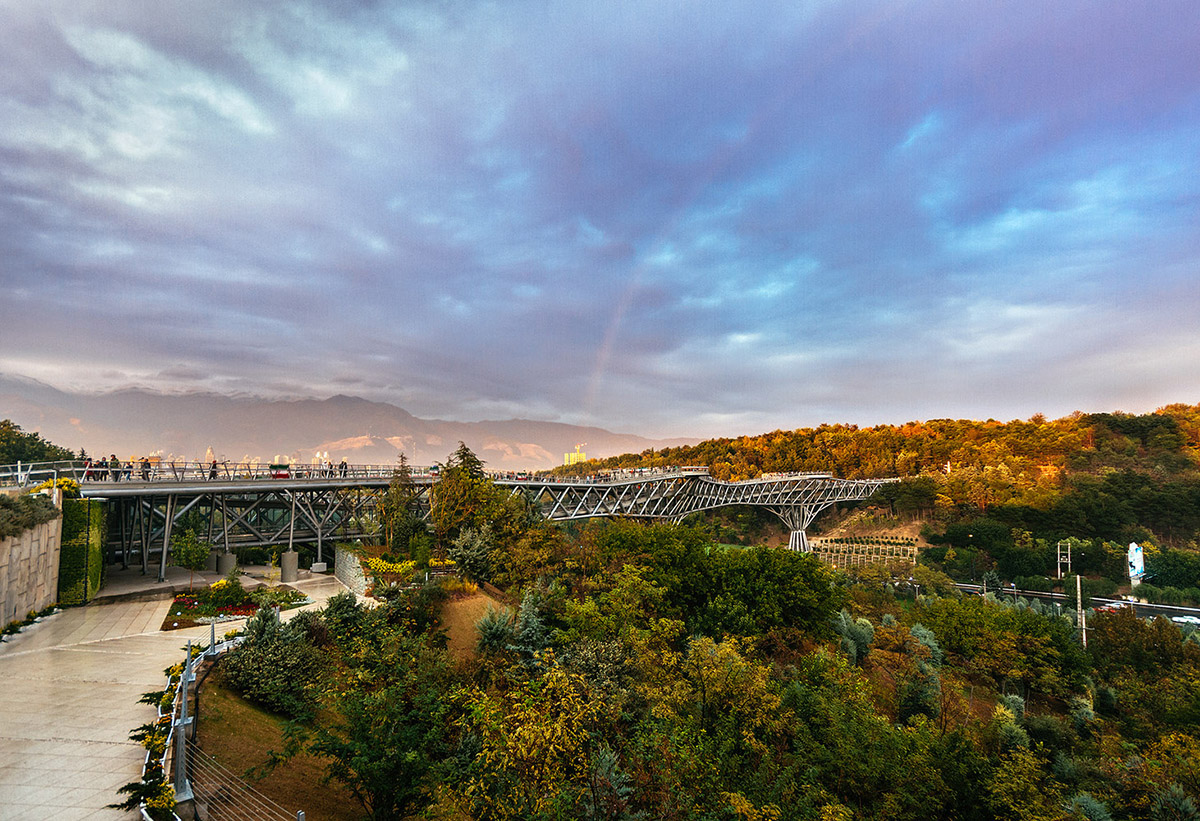 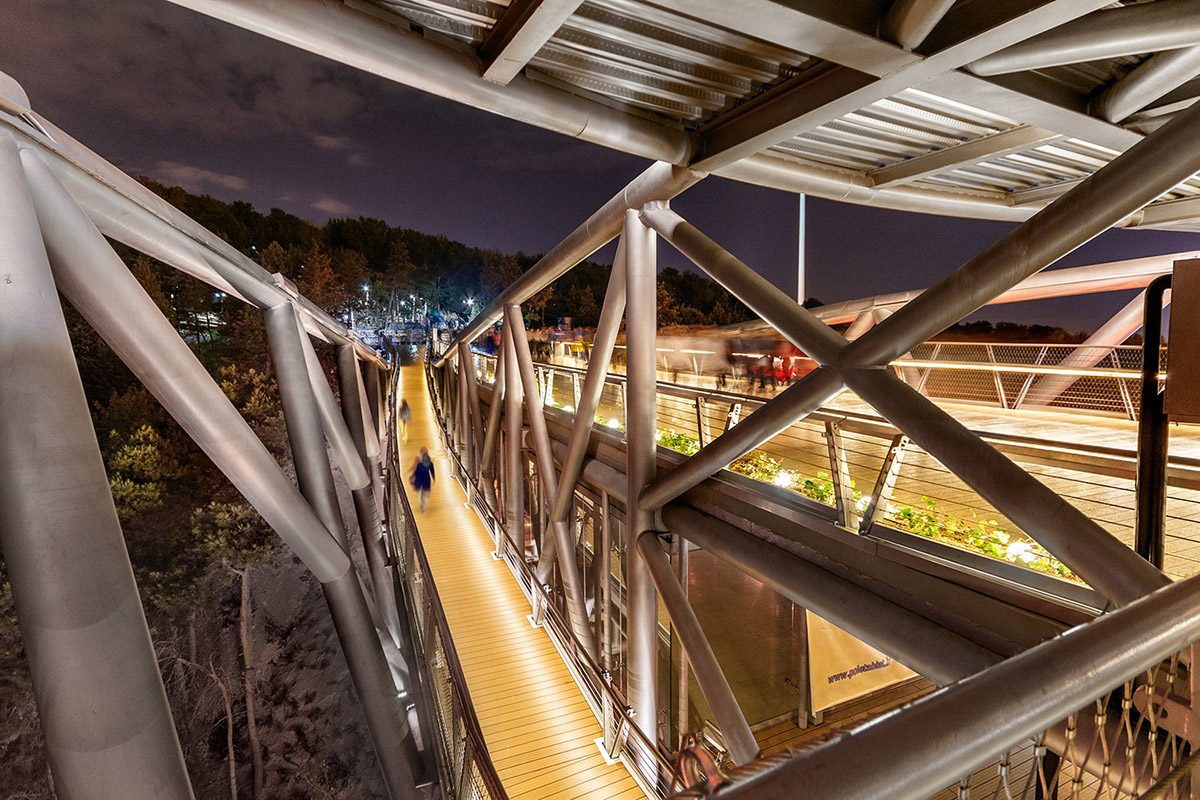 Javad Eiraji: Did the project have big changes during the design process and construction?

Leila Araghian: Sure, every project might have some changes in design according to the client's opinion, economical or many other reasons. During the design and construction of Tabiat Pedestrian Bridge, we had to have consulting meetings with different professionals, because this project was a combination of form and function. The main thing during construction was "clean construction" and we tried to do our best for this too. 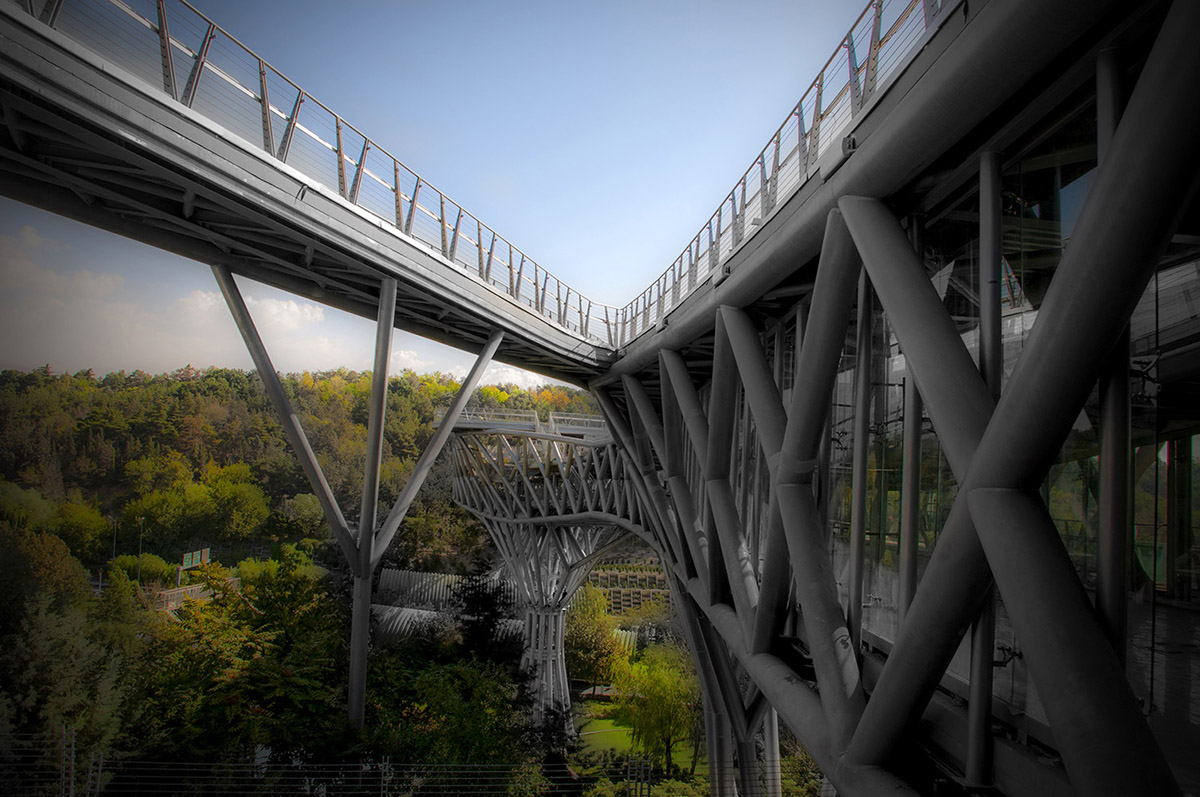 Javad Eiraji: Our project is looking for the position of meaning in architecture. Do you think that "Tabiat Pedestrian Bridge" is successful in delivering meaning as an architectural-urban design project?

I think people like our poem. Because our main aim is being the poet of human and create respect for him or her. 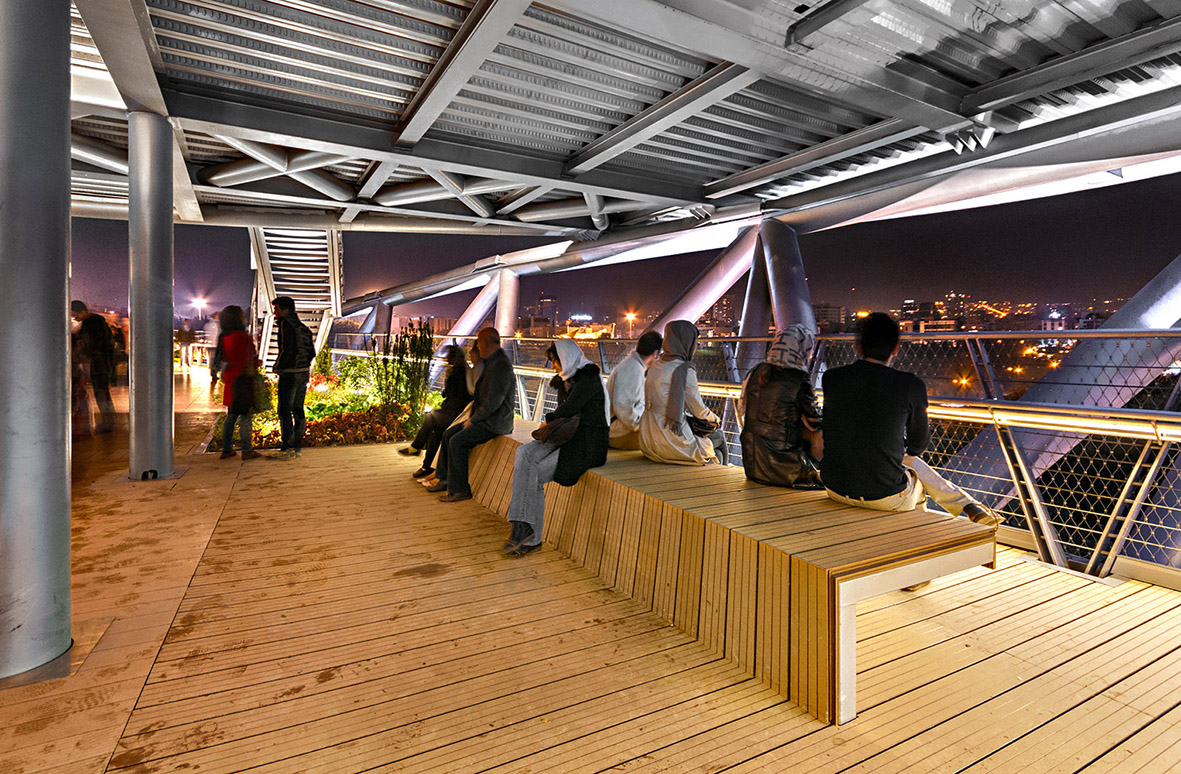 Tabiat Pedestrian Bridge, inaugurated in October 2014, is a 270-meter-long bridge which was the largest bridge built so far in Iran. Tabiat Pedestrian Bridge spans a busy highway to connect two parks in a city with a very dense urban fabric and mostly utilitarian architecture.  More than a point of connection between two discrete green zones, the bridge is a popular gathering place for the people of Tehran, offering numerous seating areas over its three levels and restaurants at either end.

Leila Araghian and Alireza Behzadi run their office Diba Tensile Architecture in Tehran. Established in 2005, it is the first architectural firm specialized in design and fabrication of membrane and tensile structure in Iran.