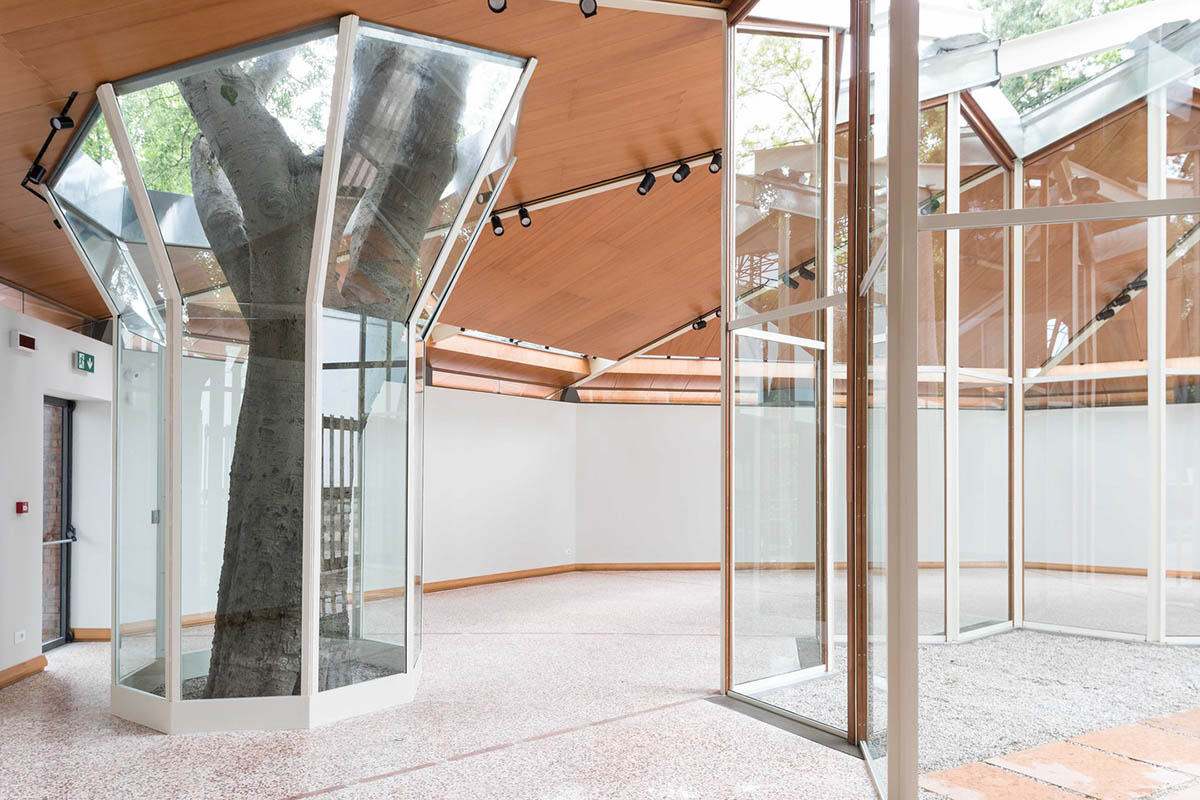 The Canada Pavilion has presented its historicity and newly-restored tree-like pavilion at the 2018 Venice Architecture Biennale, after a four-year restoration period.

Organized by Réjean Legault, associate professor at the École de design of the Université du Québec à Montréal (UQAM), with the support of architectural and design historian Cammie McAtee, the exhibition titled "Canada Builds/Rebuilds a Pavilion in Venice" explores the sixty-year life of the Pavilion and offers an unprecedented study of the building’s important modern architecture. 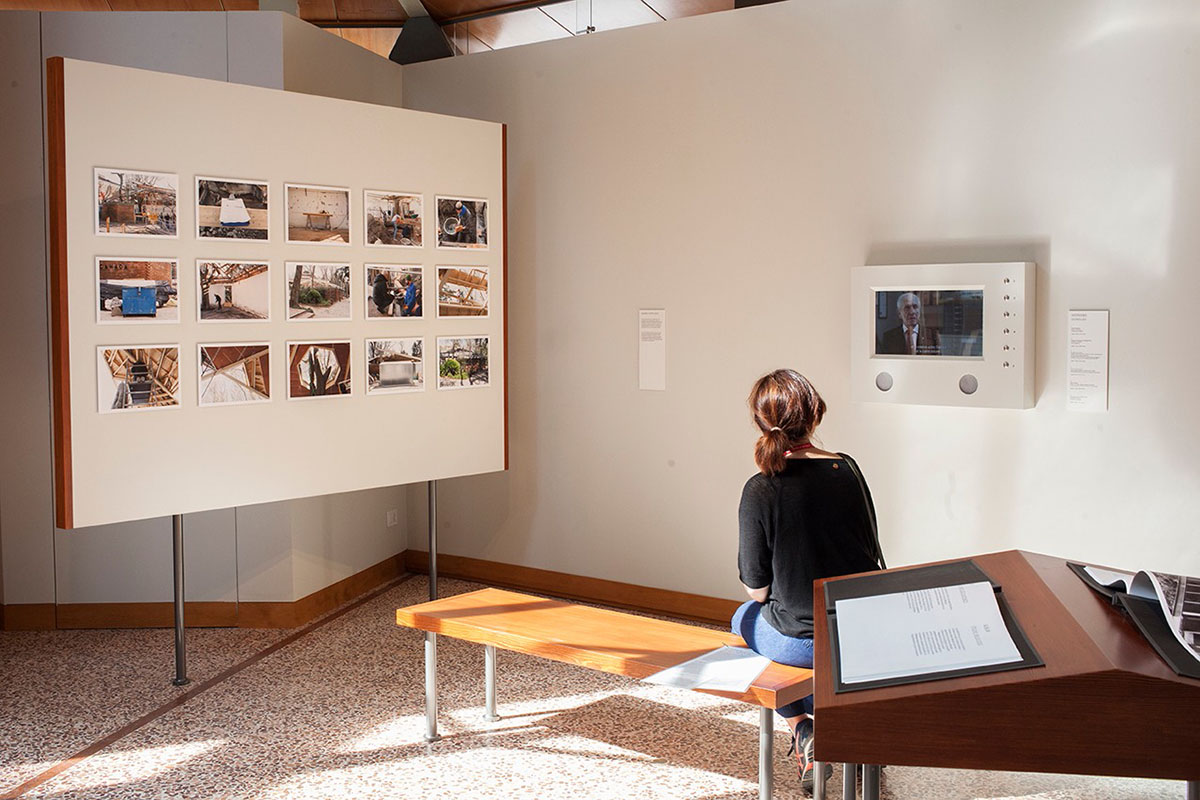 The exhibition includes a photo-documentation project by photographer Andrea Pertoldeo, professor at the Università IUAV di Venezia, that records the work and people involved in the restoration. 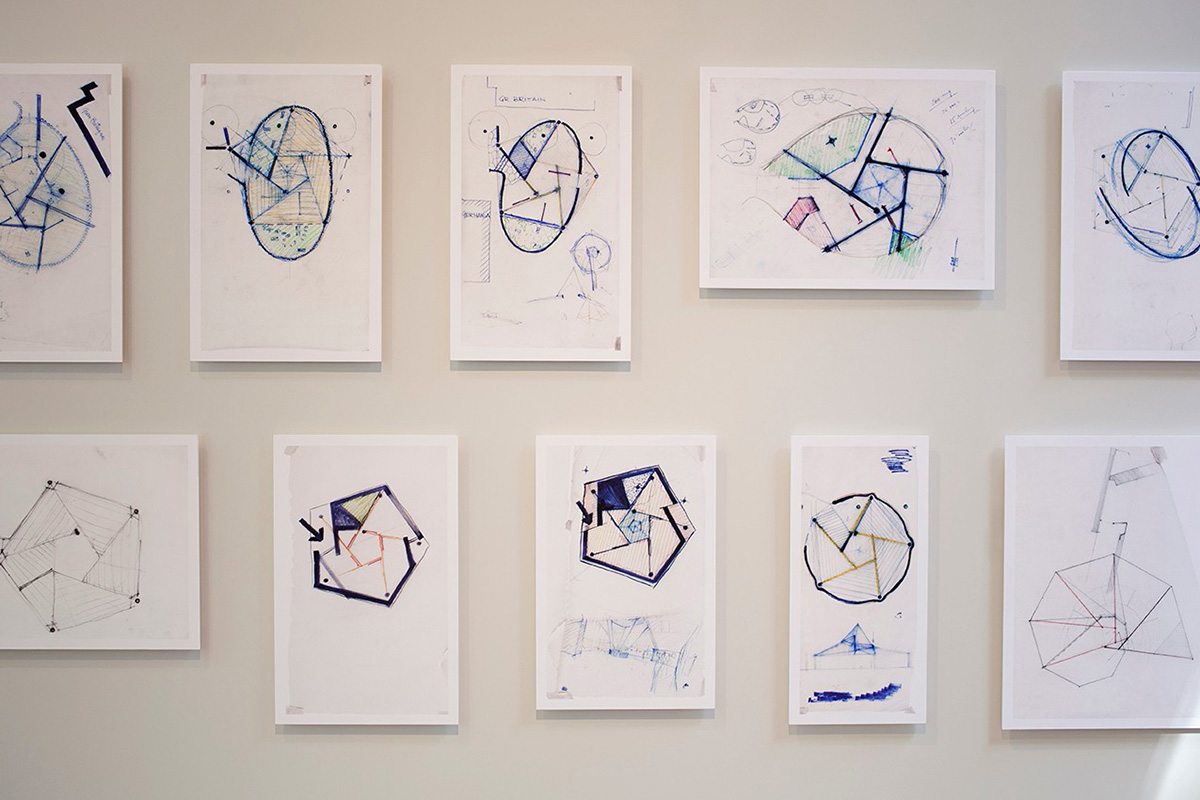 "The National Gallery’s commissioning of the Pavilion to Enrico Peressutti and studio BBPR was nothing less than a coup for Canada, as well as an enlightened decision. The result is a truly modern building in terms of structural articulation, spatial organization and material expression," said Réjean Legault, curator of Canada Builds/Rebuilds a Pavilion in Venice.

"The restoration project offered an ideal opportunity to examine the Pavilion’s original design, explore its long life as an exhibition space, and reflect on the spirit of collaboration that was central to its birth and its reconstruction." 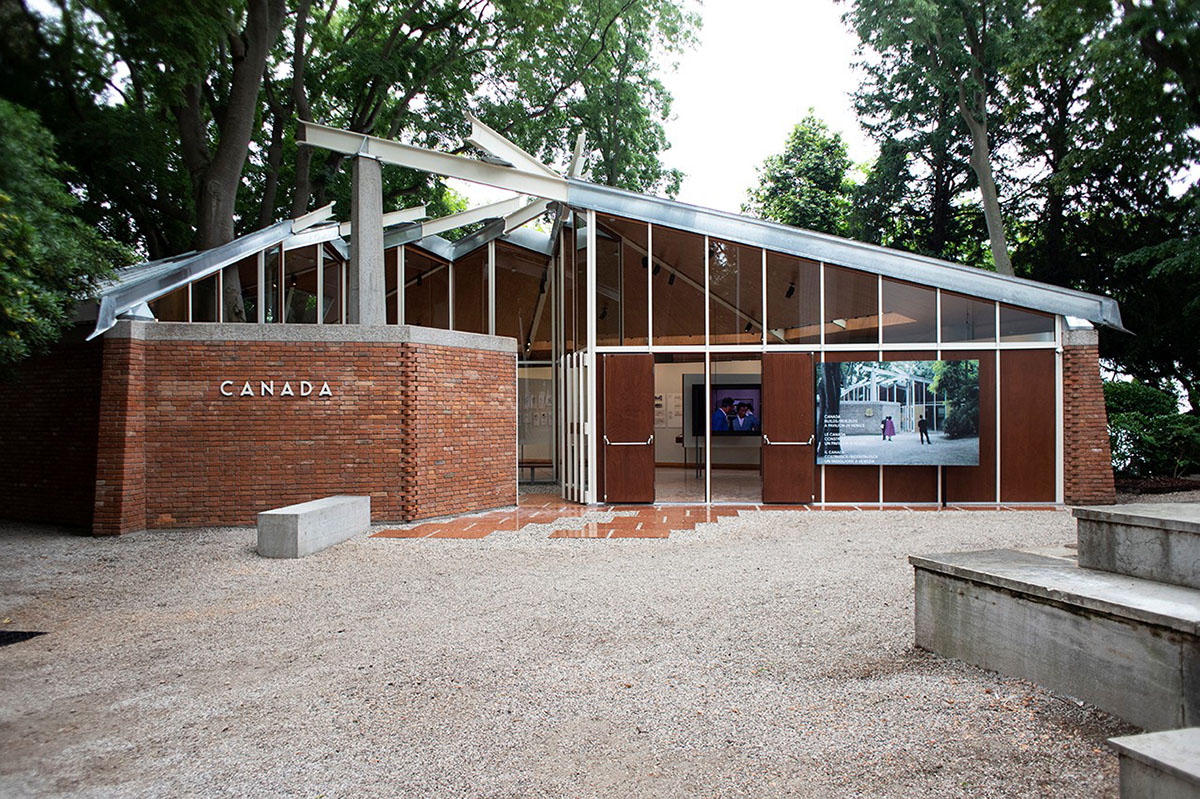 The Pavilion was originally built in 1958 and designed by Italian architecture studio BBPR, the Canada Pavilion has been carefully restored by Alberico Barbiano di Belgiojoso, heir to BBPR (Banfi, Belgiojoso, Peressutti, Rogers). After its completion, the Canada Pavilion now features a special exhibition titled "Canada Builds/Rebuilds a Pavilion" curated by Réjean Legault that commemorates the building’s important history.

"This was an unusual and important architectural statement at the time," said National Gallery of Canada Director and CEO, Marc Mayer.

"We are deeply appreciative of the collaborative work between Canadian and Italian agencies that have permitted its rejuvenation and fresh understanding today. Canadian artists also understand the unique opportunity the Canada Pavilion offers us on the world art stage in this magical city that is Venice." 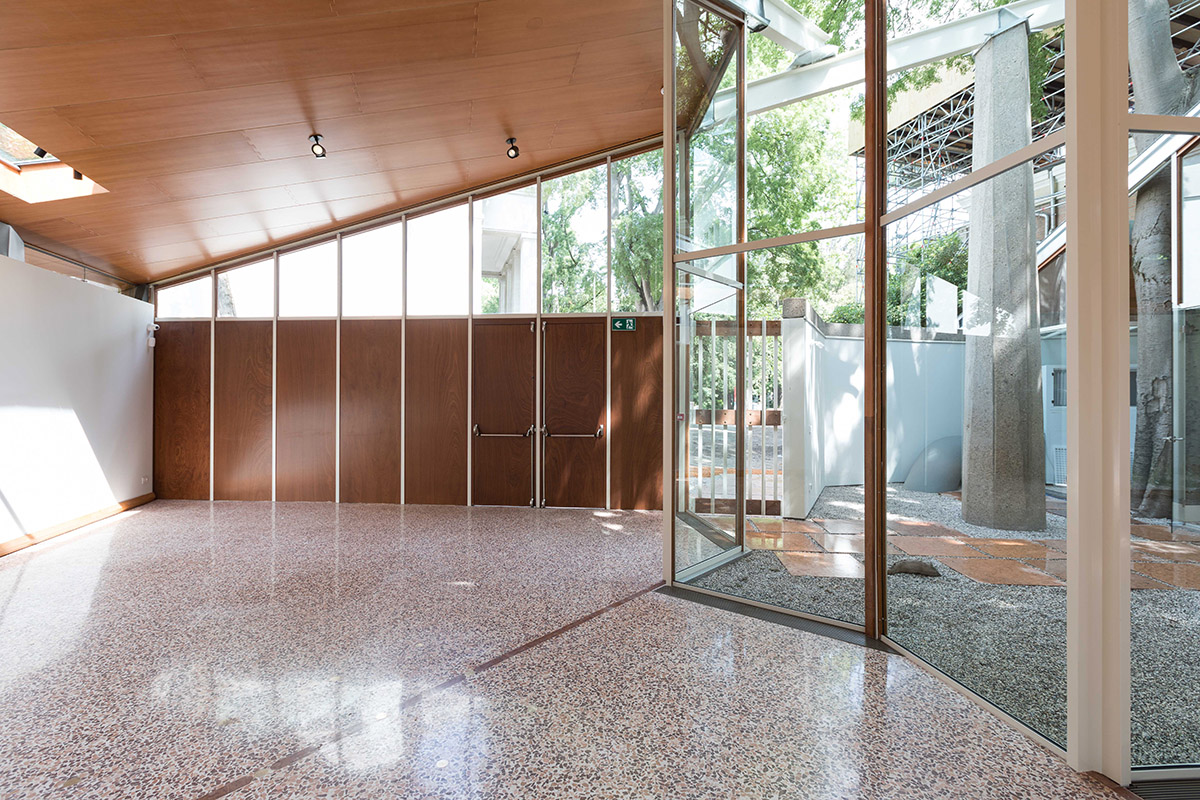 The restoration project was started in 2014 due to the Pavilion's disrepair and functional limitations. Originally designed by Enrico Peressutti of the renowned Milanese architectural studio BBPR (Banfi, Belgiojoso, Peressutti, Rogers) in 1956, the Canada Pavilion was completely restored by architect Alberico Barbiano di Belgiojoso, heir to the BBPR studio, working in close cooperation with Venice-based architect Troels Bruun of M+B Studio.

Tucked between the pavilions of Great Britain and Germany, the Canada Pavilion embraces its wooded site. The new restored version of the Pavilion fully integrates two large living trees within its perimeter walls. 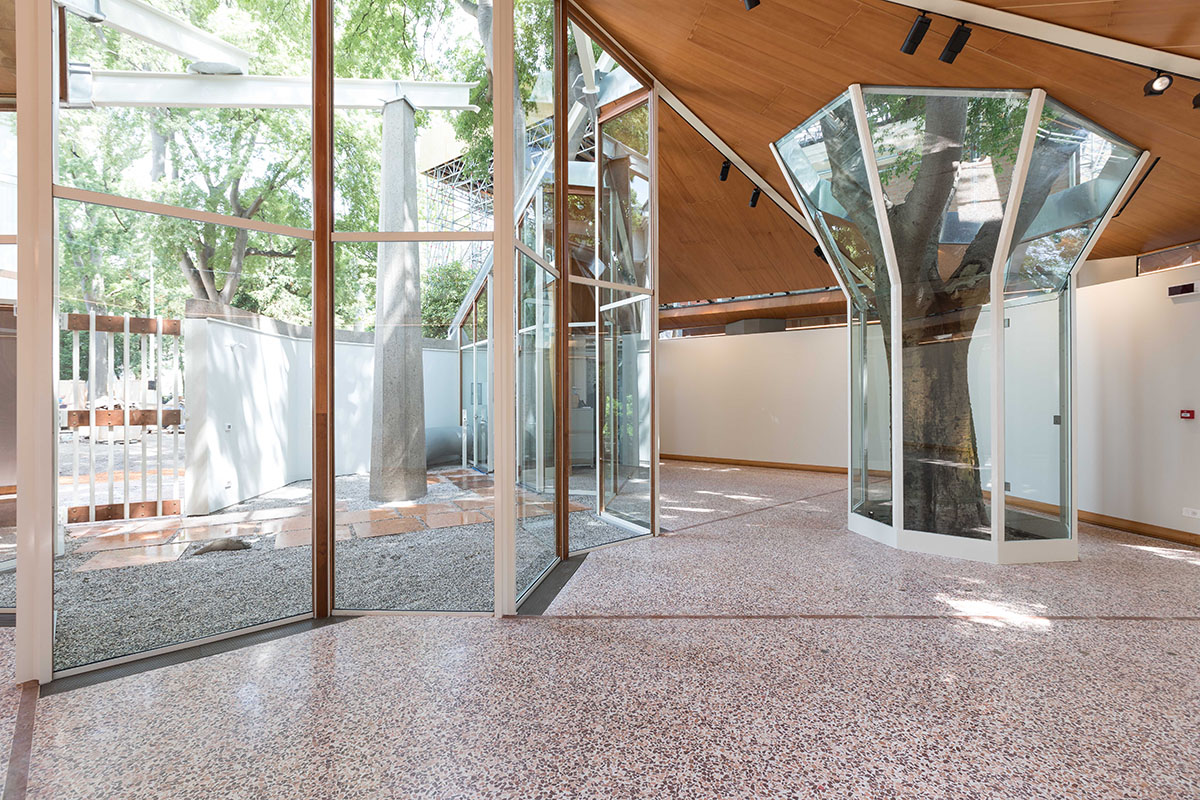 "Shaped in plan like a nautilus shell, the building spirals out from a tapered octagonal column at its centre that supports the dramatic beams of its roof structure. This form, together with undisguised materials – brick, glass, wood, and steel – established the Pavilion’s architectural character," stated in the project description.

"Reaction when it was unveiled in June 1958 was overwhelmingly positive, it was described as a "small jewel of a showcase" and its architecture considered the most "advanced" of the pavilions in the Giardini. Later designated a heritage site, the Pavilion presented a restoration challenge that required Barbiano di Belgiojoso both to stabilize it and modernize its components, while respecting the 1956 design." 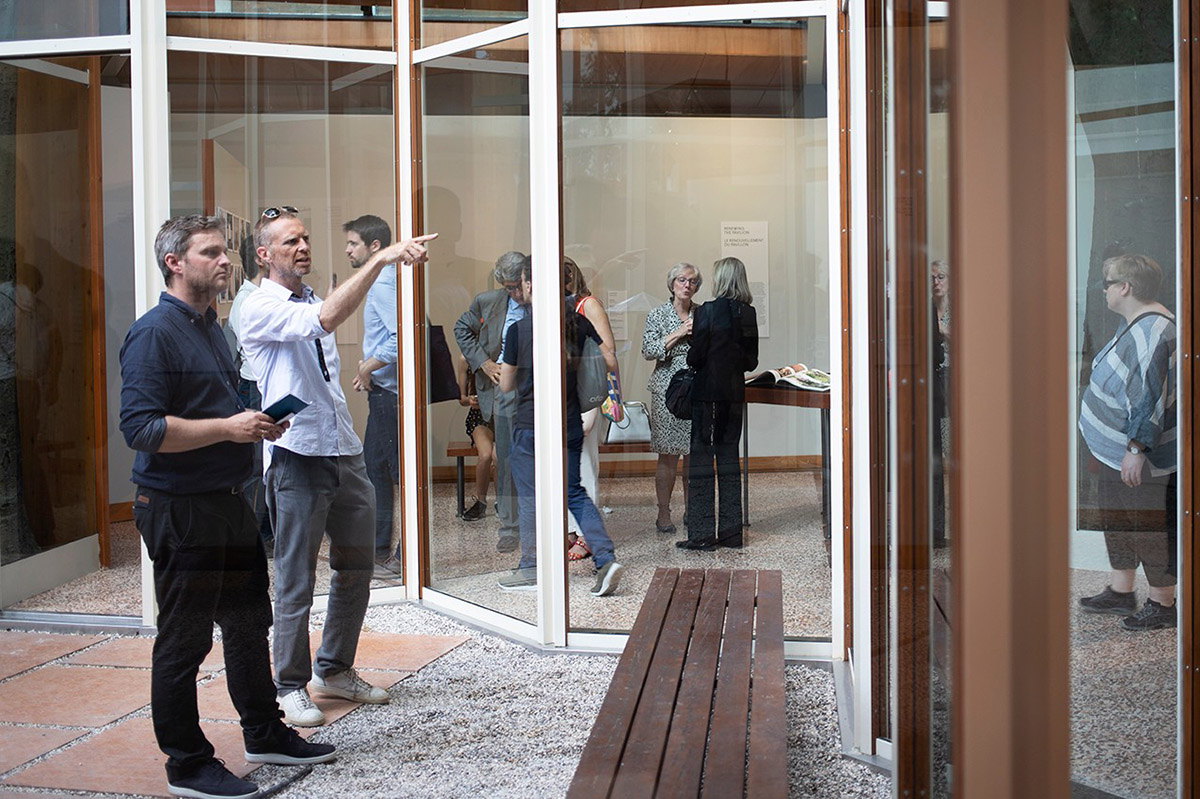 The $3-million (CAD) Canada Pavilion is conceived as a regenerative project and a story of international collaboration. The four-year restoration was led by the National Gallery of Canada with the support of La Biennale di Venezia and the Venice Superintendent for Architectural Heritage, the Royal Architectural Institute of Canada and Global Affairs Canada with the exceptional collaboration of the Canadian Embassy in Rome. 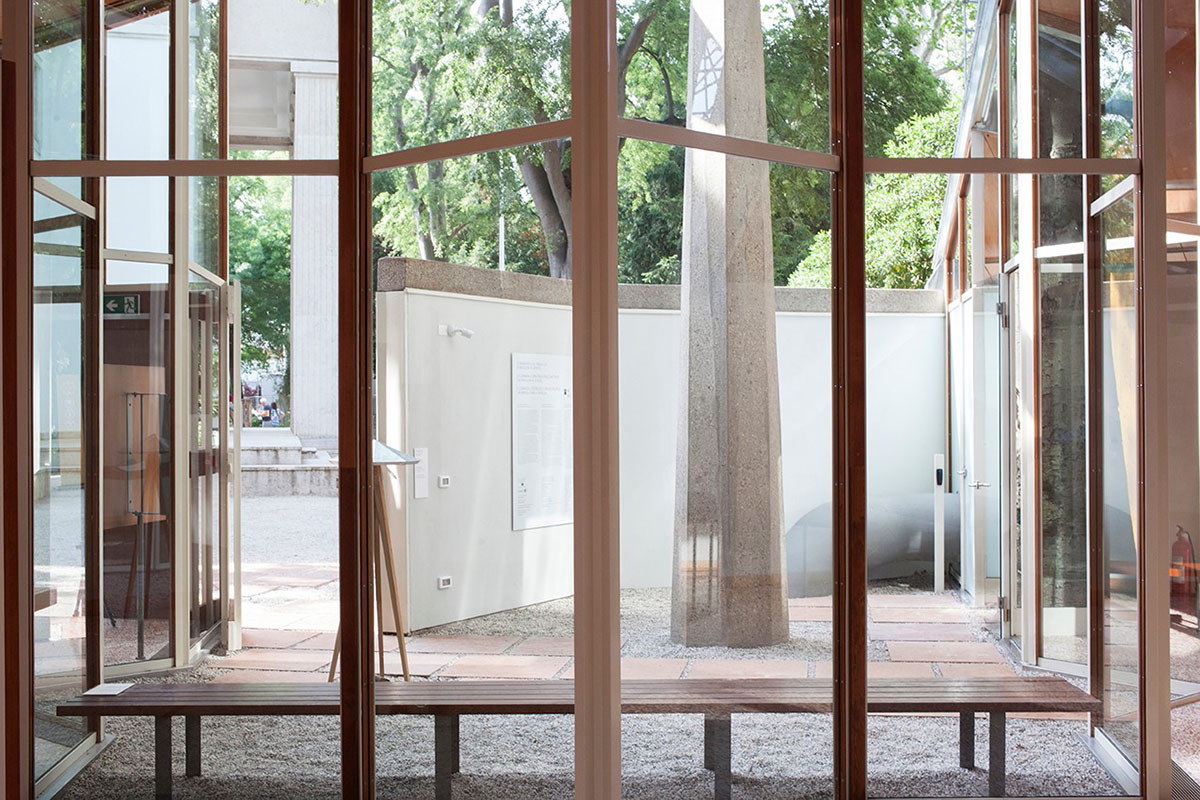 "The Canada Pavilion is an extraordinary platform for Canada’s cultural diplomacy and we are overjoyed to see it restored to its original beauty," added Canada’s Ambassador to the Italian Republic, Alexandra Bugailiskis.

"Indeed the Pavilion, as it reflects Canada’s openness, allows a wonderful presence at the Venice Biennale, which is an important meeting place for leaders on Culture and beyond."

A scholarly, generously illustrated publication, edited by Réjean Legault, is scheduled for release in 2019. Featuring contributions by leading Italian and Canadian scholars in the fields of art and architectural history, building preservation and landscape design, as well as contemporary art, it will contextualize the commissioning of the Canada Pavilion and highlight the building’s relevance and significance as a work of modern architecture.