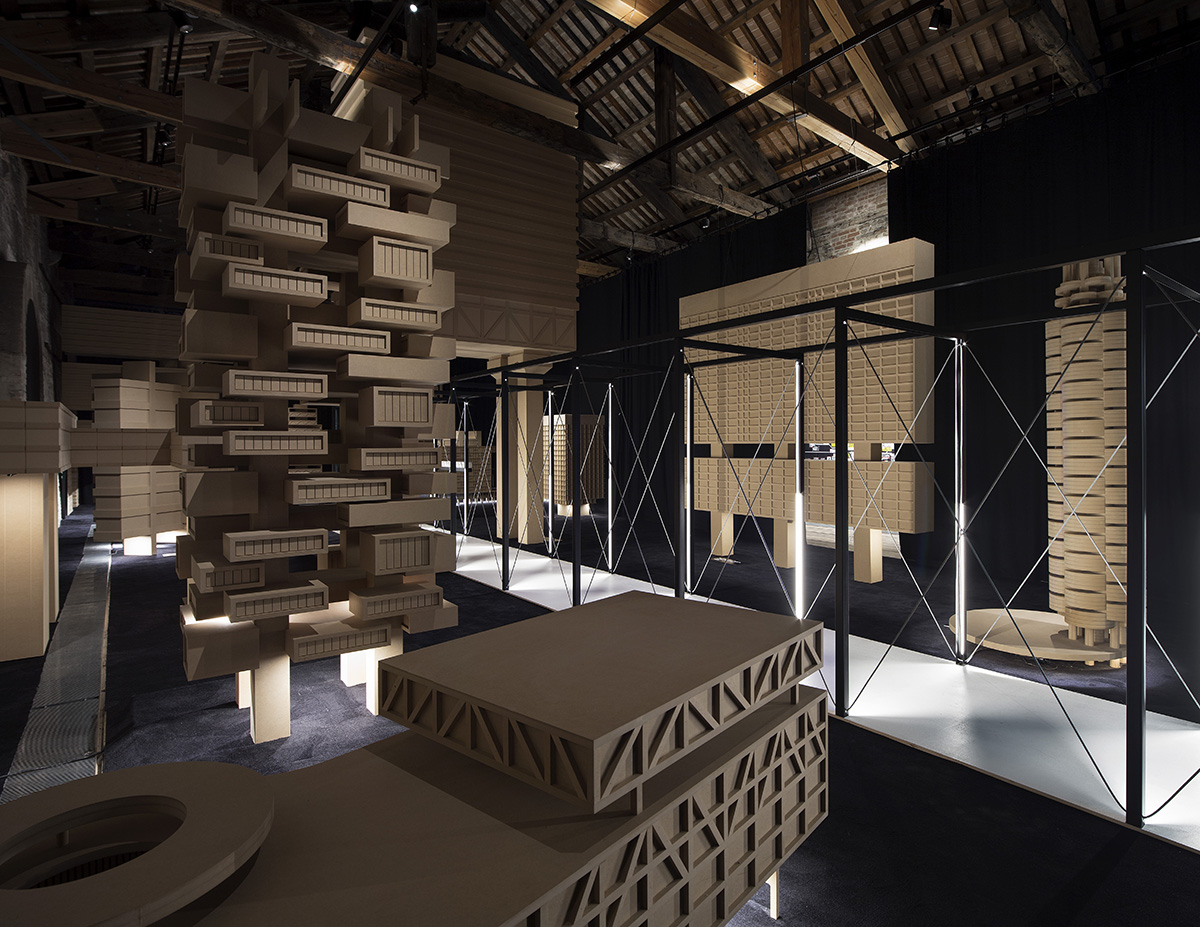 The Pavilion of Luxembourg has installed a series of elevated towers at the Venice Architecture Biennale, addressing the questions on "the privatisation of lands", for not only the city of Luxembourg, but also for many European cities suffering this unending speculation of lands.

The exhibition, titled "The Architecture of the Common Ground", is seeking radical answers from not only social and political perspective, but also from a design point of view, aiming to make the lands accessible to public uses. The Pavilion of Luxembourg is located at the Sale d’Armi, Arsenale. 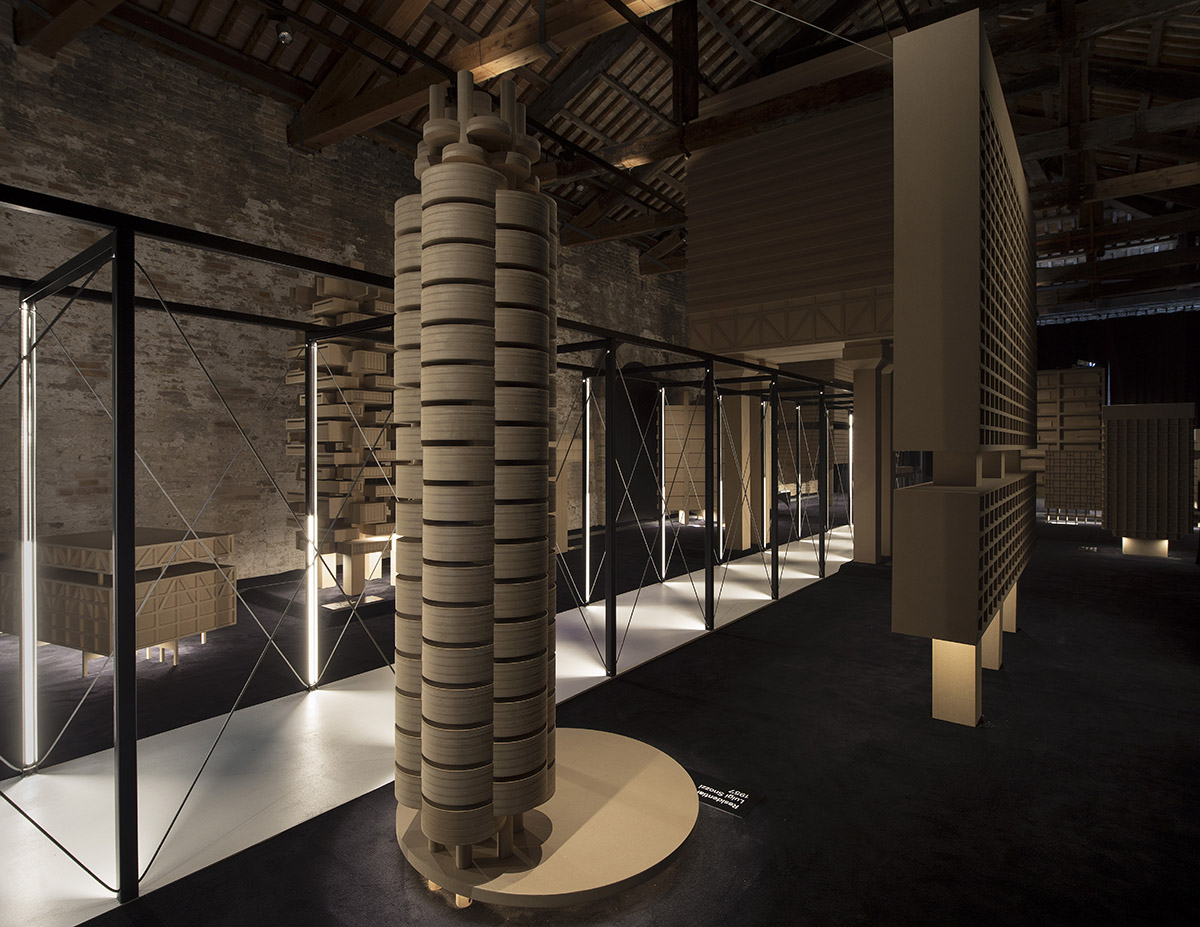 Curated by Andrea Rumpf from the LUCA Luxembourg Center for Architecture and Florian Hertweck - with co-curator Philippe Nathan, the Pavilion presents various projects that are taken out from the history as their ideas enter into a dialogue with contemporary experiments that share the aspiration of making the land accessible to public
uses.

"In doing so, they are resisting an alleged logic that has led to an almost universal privatisation of land in cities, creating isolated enclaves and reducing the public sphere," stated in the Pavilion's manifesto. 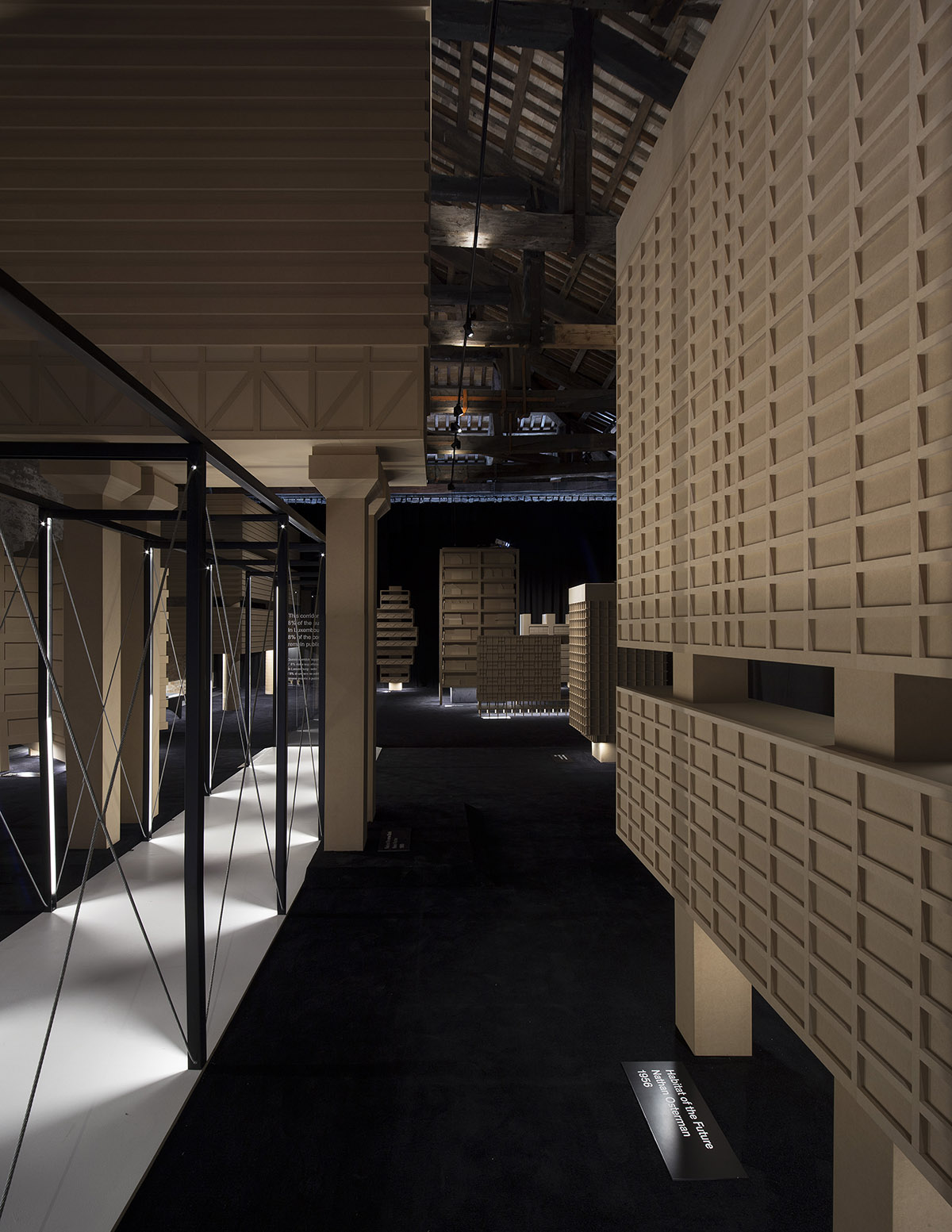 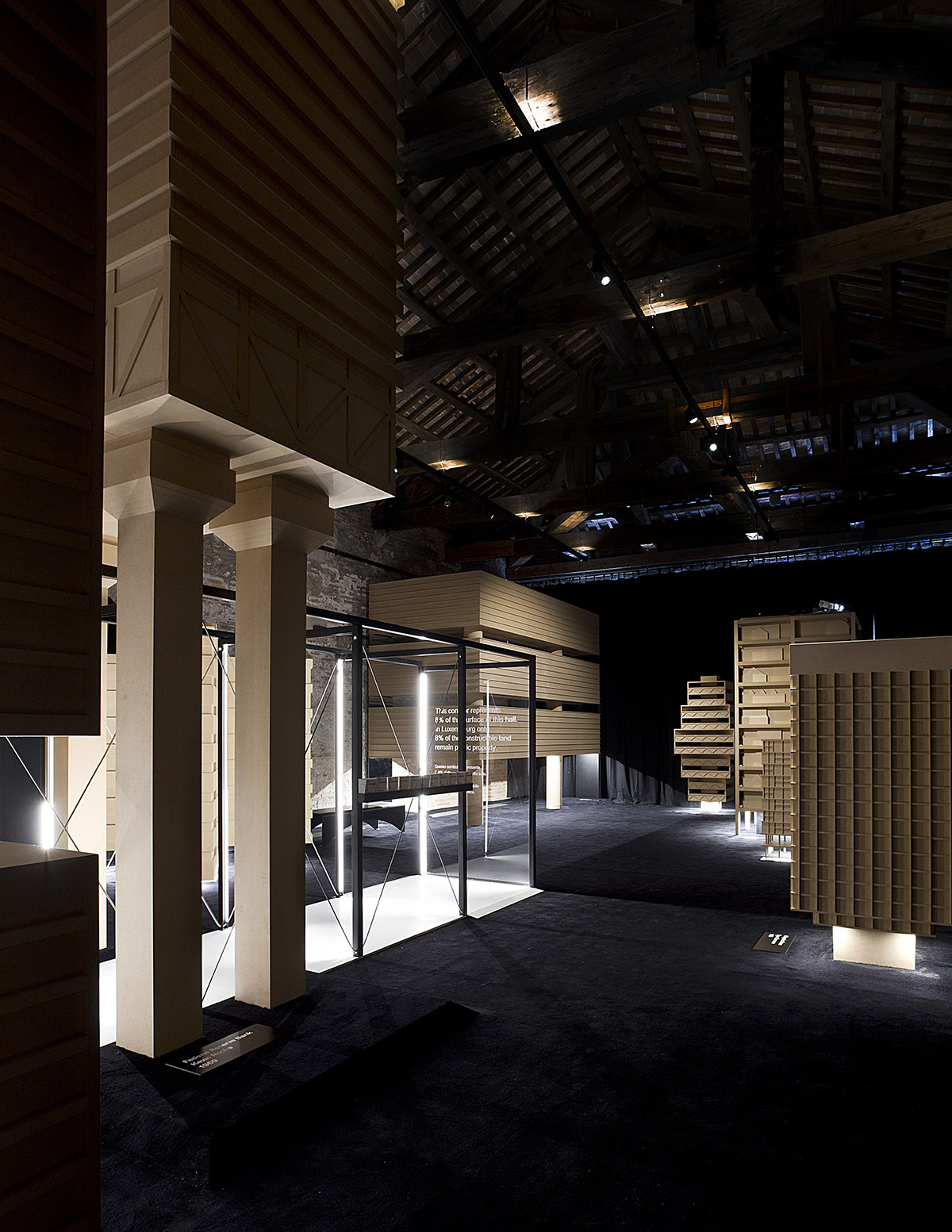 "The way we deal with land has a decisive influence on architecture and urban planning. In the past decade, the privatisation of land and speculation with especially municipal land have risen dramatically. Many European cities that are, like Luxembourg, under high developmental pressure have practically no more of their own land available for construction," stated in the Pavilion's manifesto. 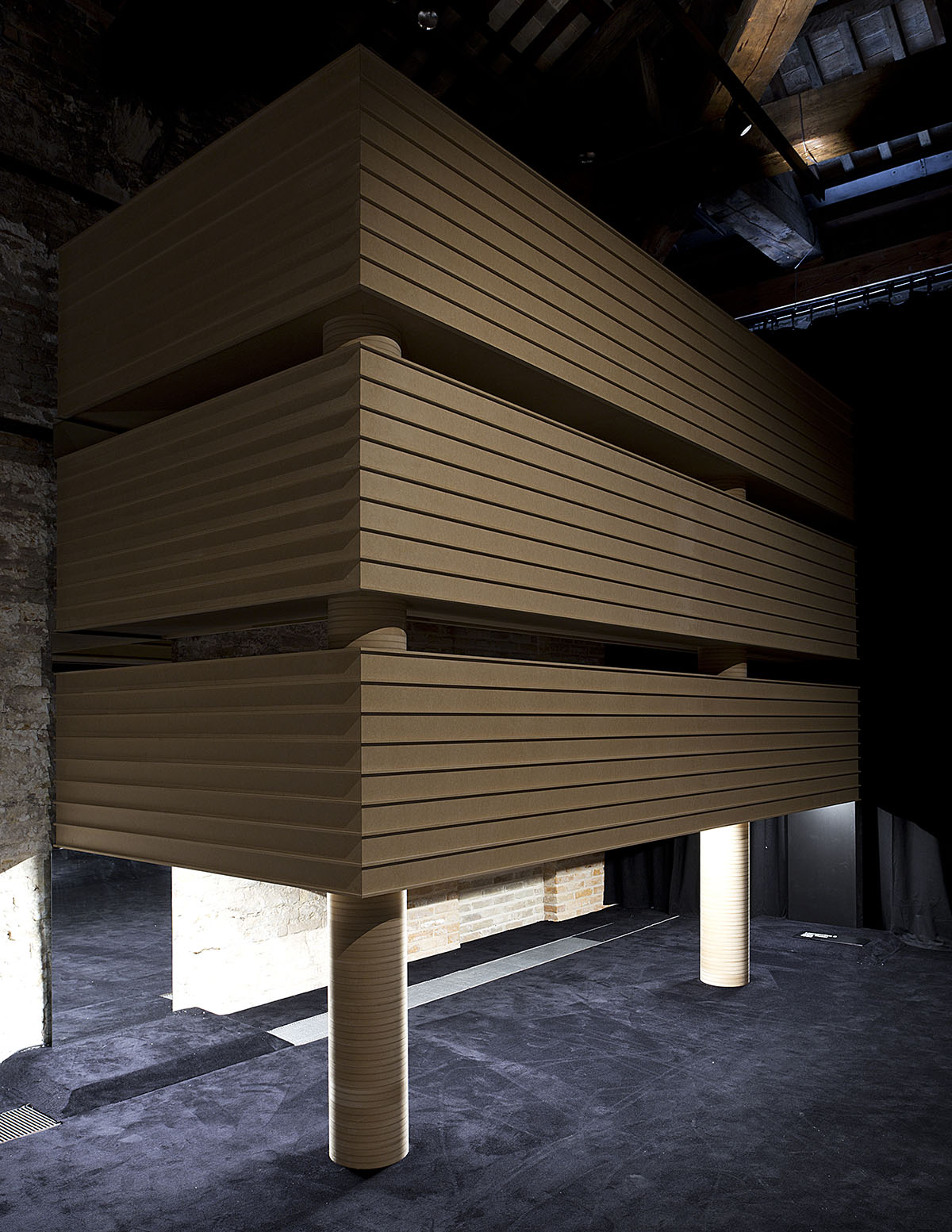 The exhibition “The Architecture of the Common Ground” of the Luxembourg Pavilion is engaging with the most radical of these approaches – elevated buildings that allow the land to remain open, both physically and symbolically.

"Freespace, the theme for this year’s Venice Architecture Biennale, has been transformed into Freeland. The social and political dimension of architecture is linked to its creative power." 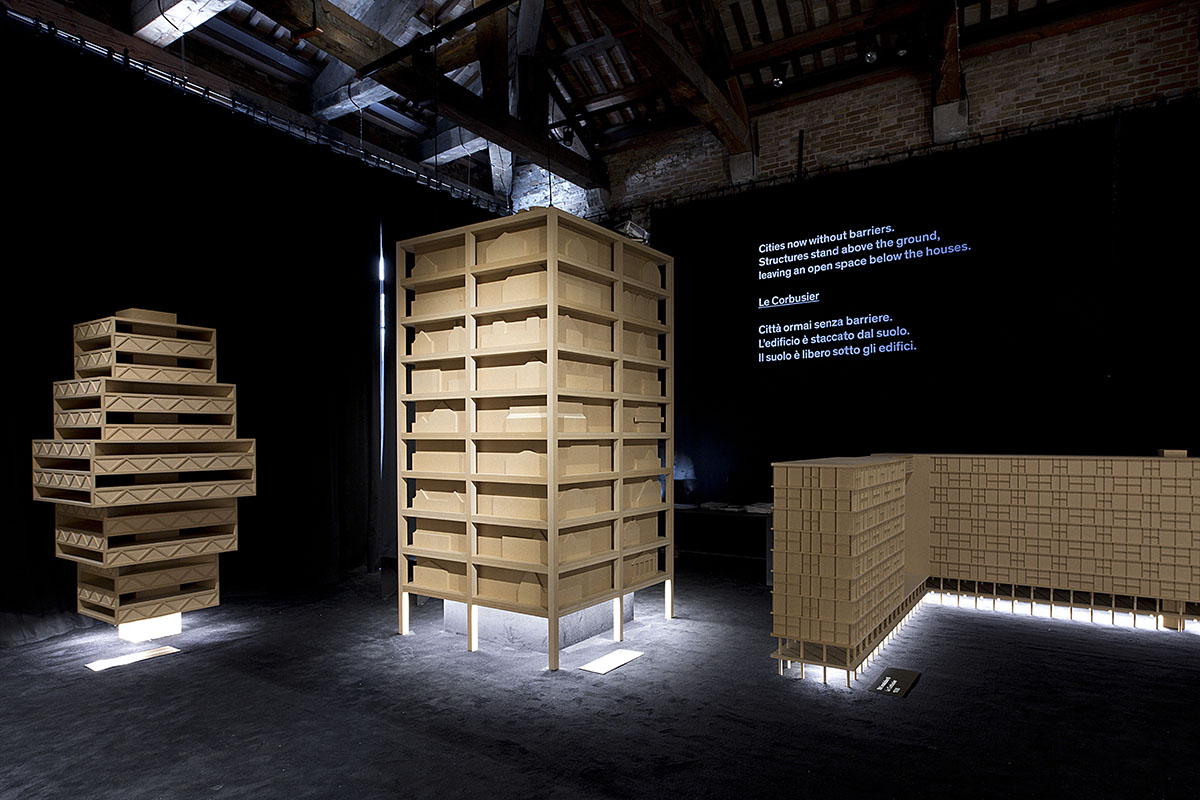 "The Architecture of the Common Ground" puts forward a clear statement that does not meanto deliver universal answers but to show to what extent architects may conceptually react to the privatisation of land."

"The exhibition is not a plea for a thoroughly elevated city, but an appealto understand the finite and indispensable land as an inalienable common good, like air and water. Only then will we be in a position to further develop our cities in socially and environmentally sustainable ways," read the statement. 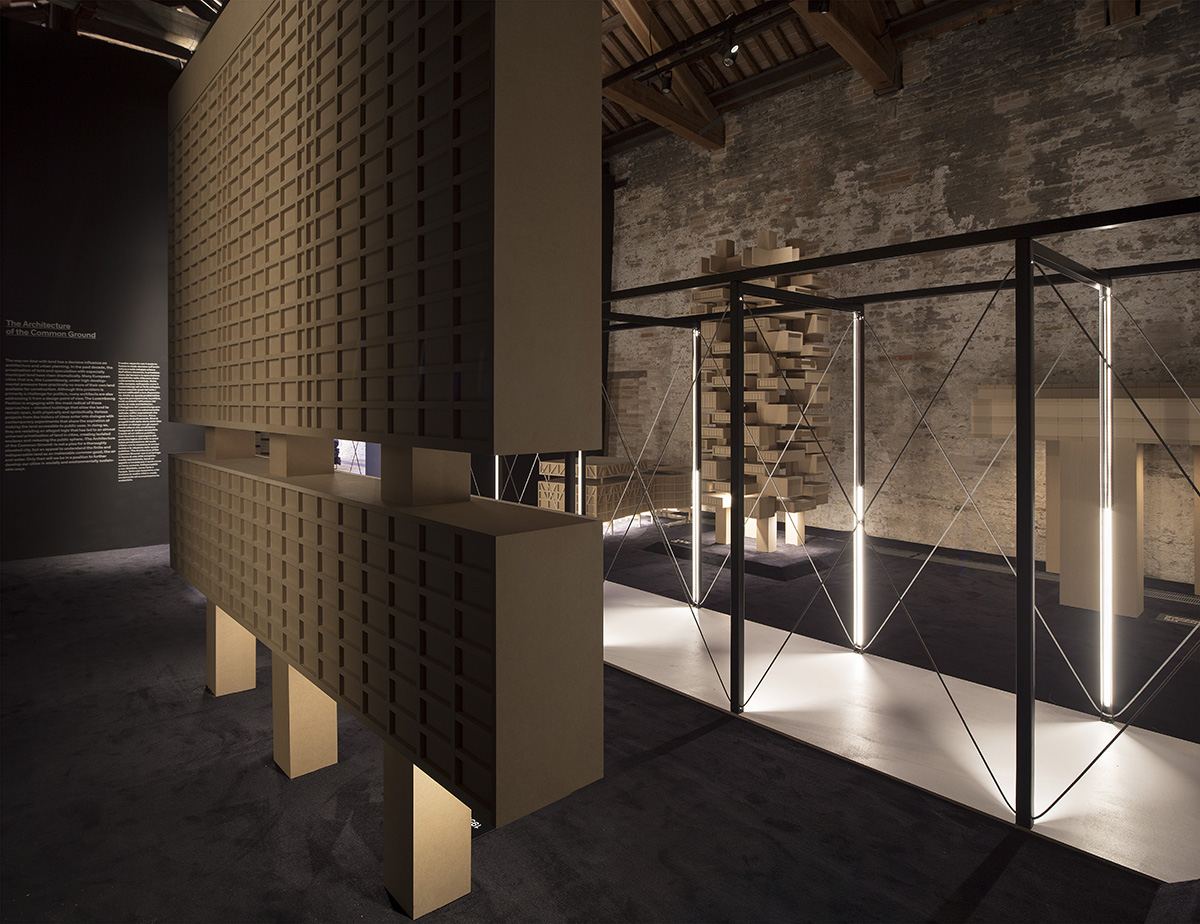 On the first level, the exhibition uses a spatial installation to tangibly illustrate the issue of the privatisation of land. Right at the start, visitors are led into a central corridor which only opens up to the exhibition space at the other end. 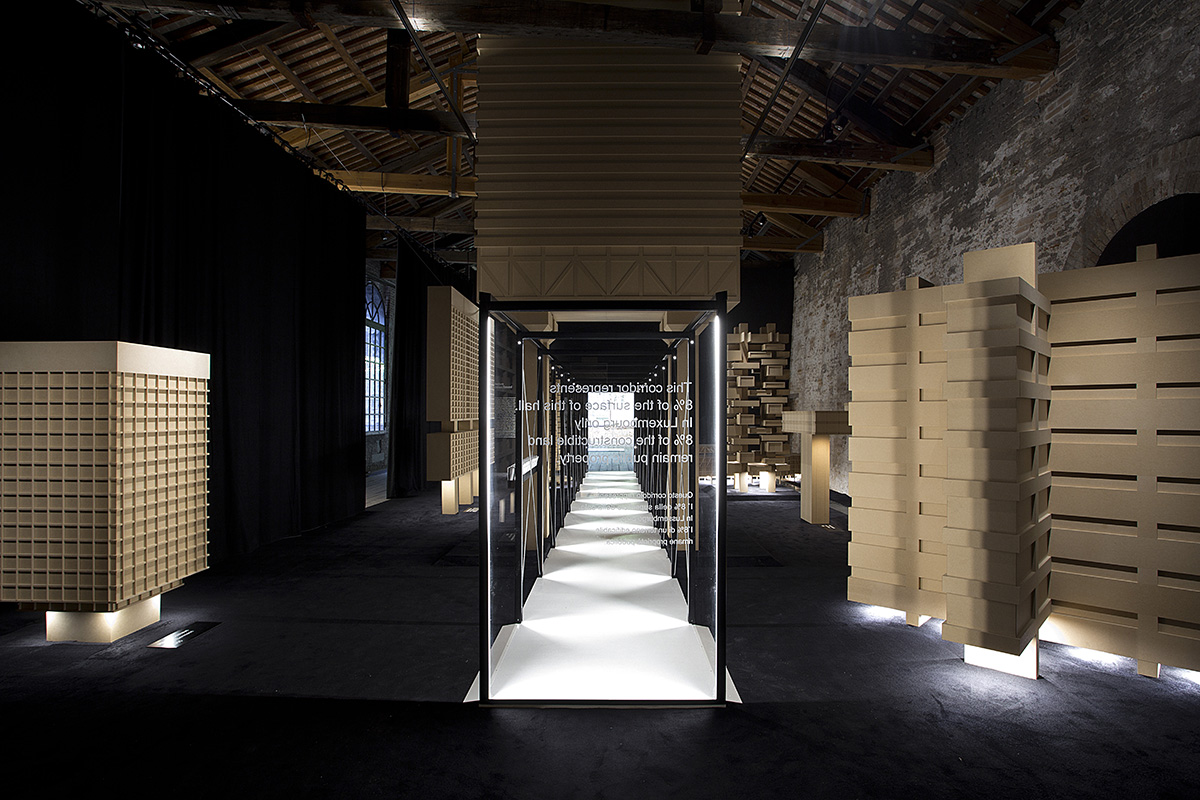 Positioned around this installation, in the form of models at a scale of 1:33, is a selection of 13 as yet unrealised elevated projects from the history of ideas. The focus here is less on the objects themselves than on the space between land and object which is made available to the public even in the context of a privately owned property. 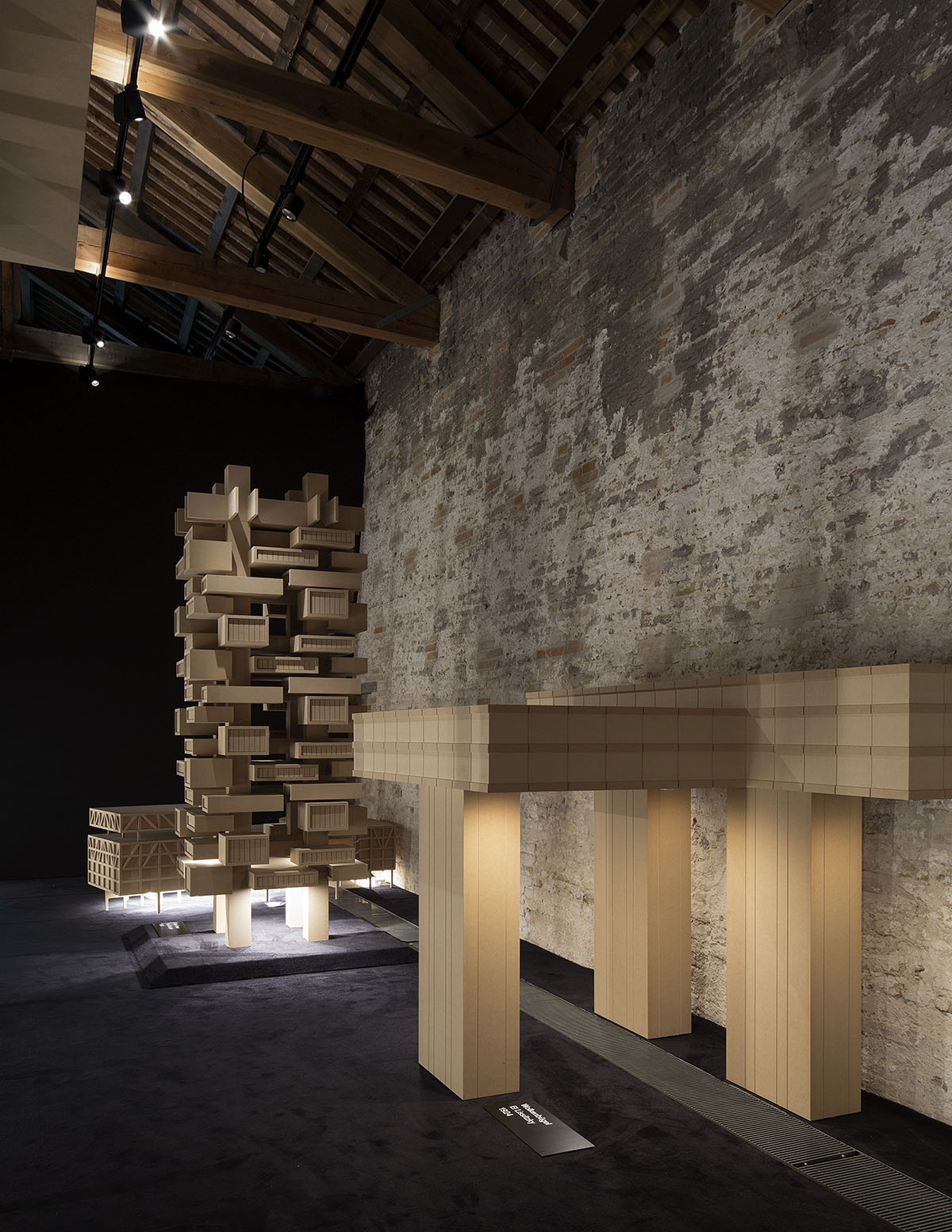 The various projects not only clearly illustrate how much variety the elevated building typology can yield – from slab buildings and towers to clusters and urban block developments – but also how manifold the design and use of this porous ground-floor space can be. 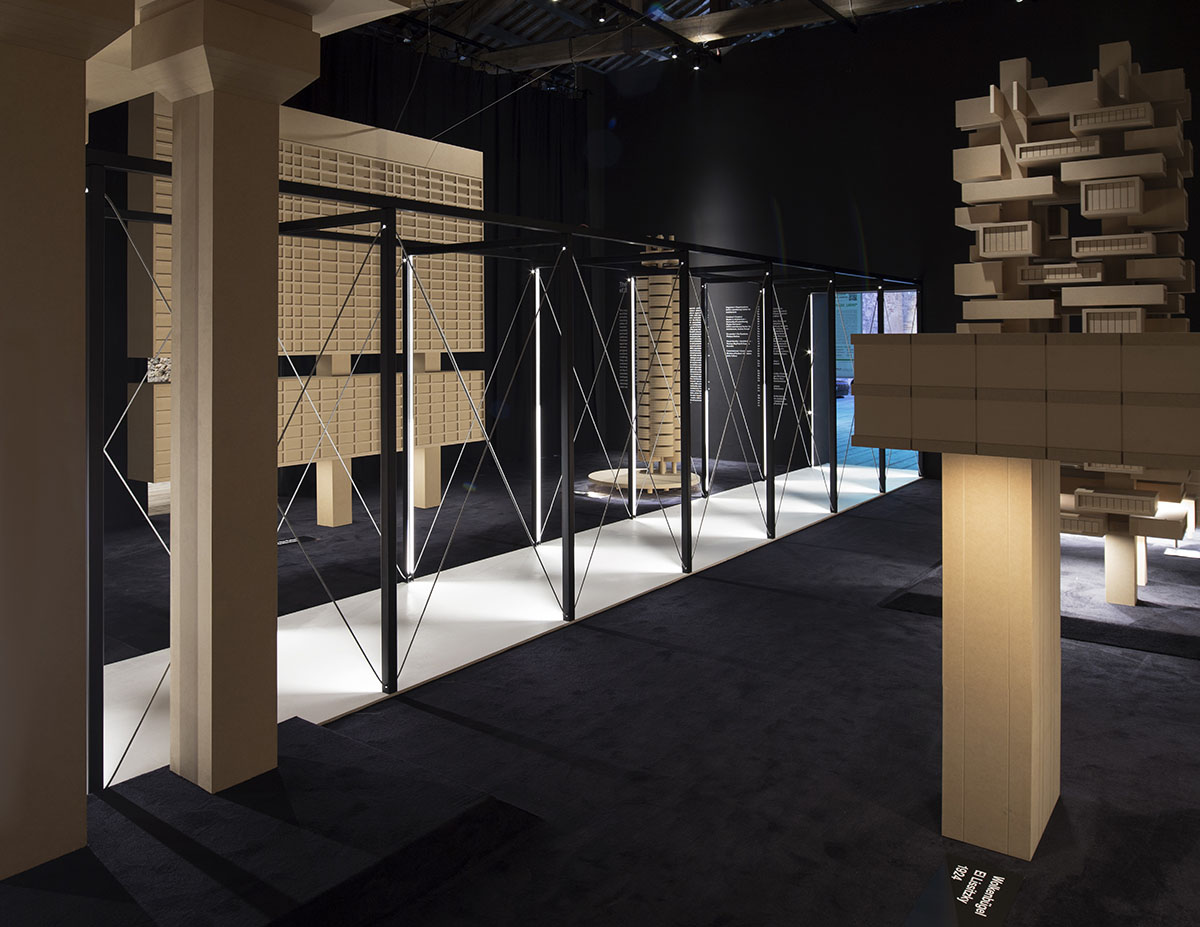 The large-scale diagram is designed as a work in progress. Based on research on an Architecture of the Common Ground conducted by master’s students at the University of Luxembourg, visitors are invited to continue writing the atlas of a committed architecture that sets the value of the public sphere and participation above the privatisation and encapsulation of urban land. 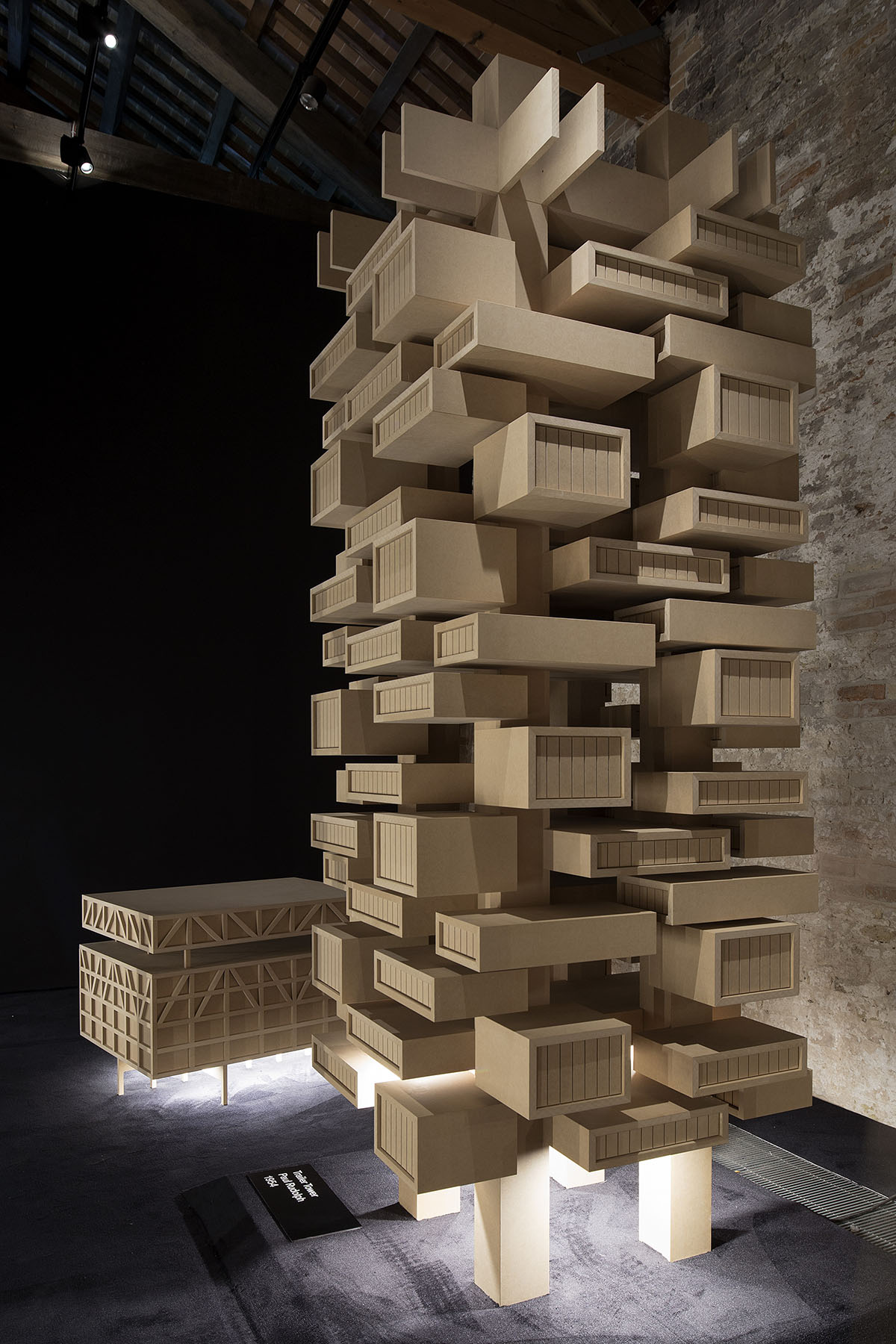 In collaboration with the journal Arch+, this resulted in issue no. 231, “The Property Issue”, which focuses on land and new common goods, further deepening the thematic background of the exhibition. The Arch+ features devoted to the Luxembourg Pavilion is available in the exhibition for visitors.

Also available in the exhibition, for our young visitors, are DIY (do-it-yourself) architectural paper models that help children to approach the exhibition in a playful, yet educational way and leave them with a souvenir of the Luxembourg Pavilion. 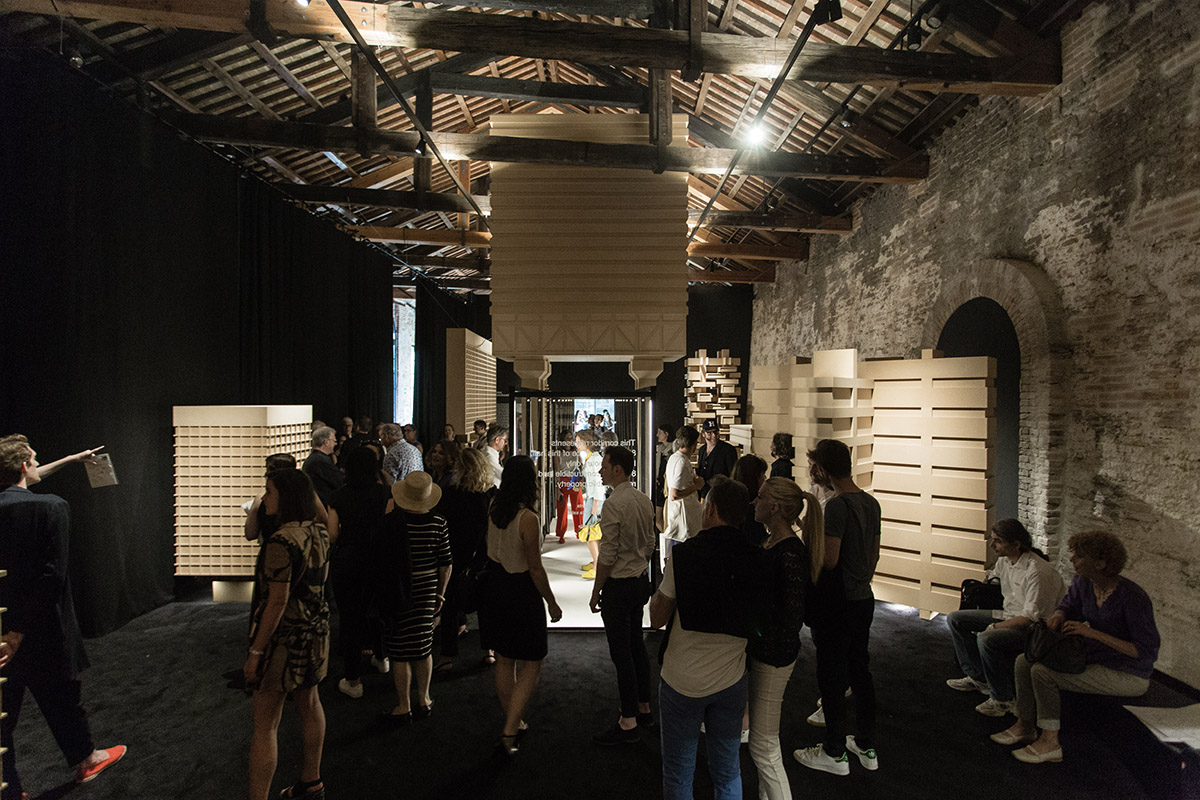 The organisers also stated that for its first exhibition at the Arsenale and unlike in previous years, the commissioner, the Luxembourg Ministry of Culture, decided to not launch an open call for projects, but to rather trust the conception and production of the exhibition to LUCA Luxembourg Center for Architecture and the Masterin Architecture of the University of Luxembourg in order to highlight the country’s competences in architectural research and the Baukultur.