Project Suitcase-Importance of Design Based Housing Solutions in Indian Contexts 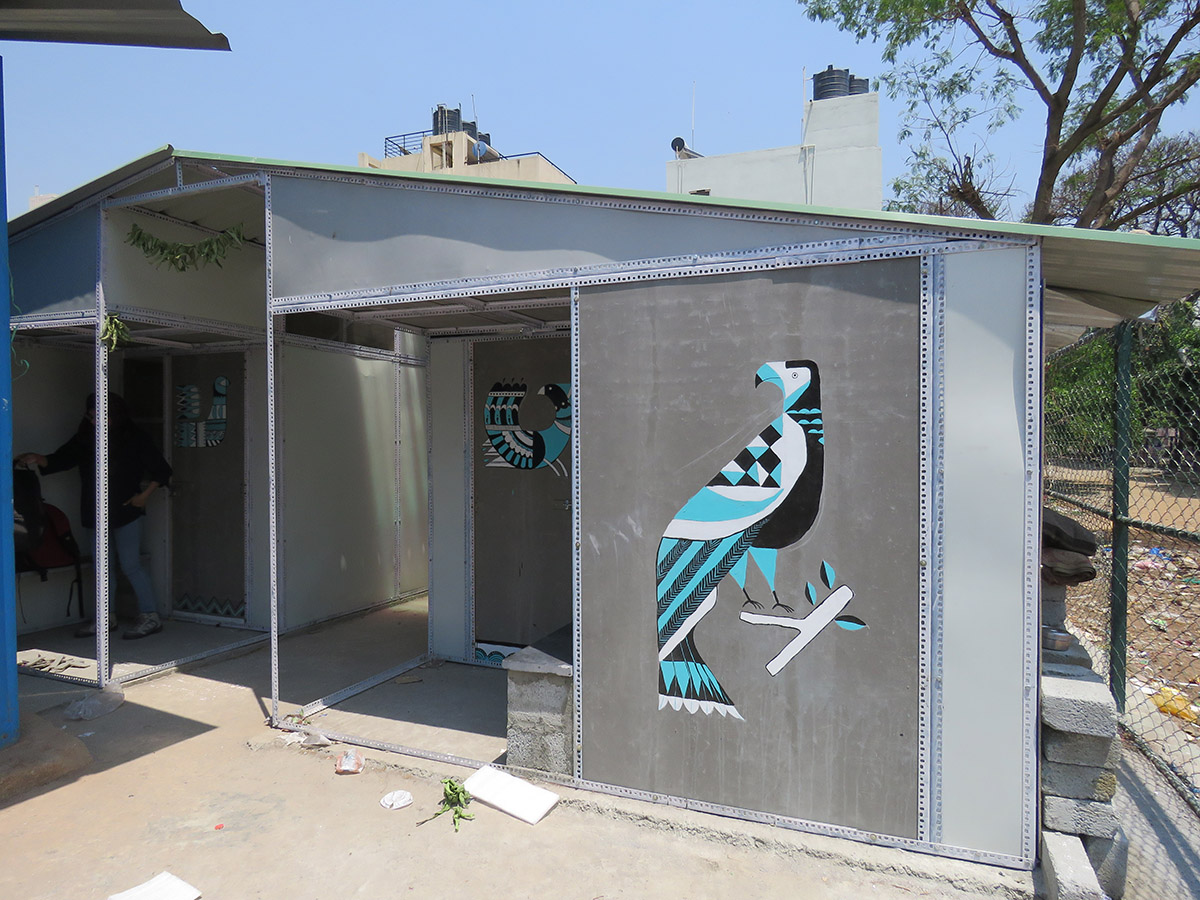 Nivasa is an Architectural NGO working in places of poverty. They interact with rural communities to sensitize with their backgrounds and execute projects for them by collaborating with NGOs, the government, banks, institutions and corporates. Believing in eco-friendly and sustainable principles, and a necessity for design based thinking, Nivasa engages in research and volunteering to help communities build their own livelihoods. 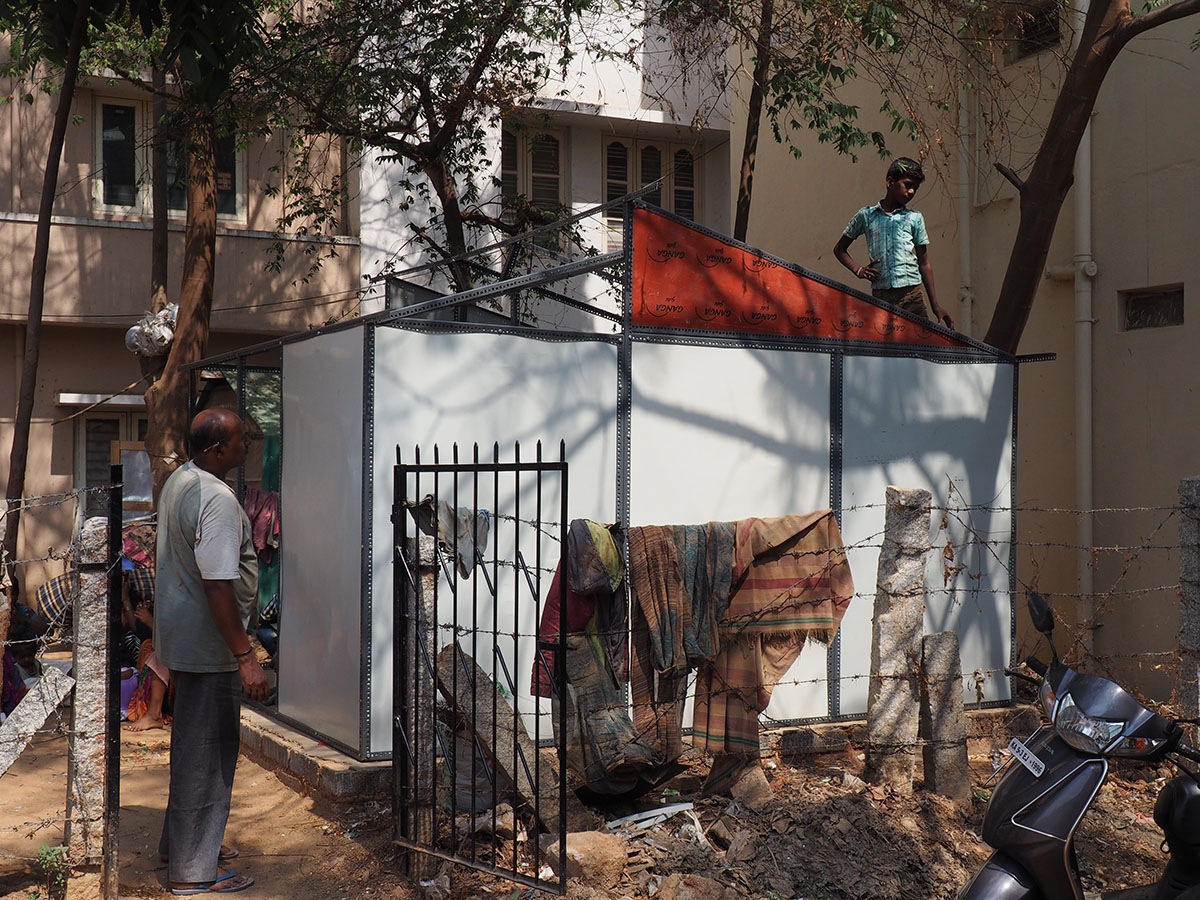 The state of Migrant workers in India

Large part of India’s metropolitan population exists at life’s receiving end. Cities work like machines, but are in fact made by majorly its laborers. Most of them are migrants in search of a living. And there aren’t enough thoughts serving their nature of life. Migrant workers’ have working capacities that are un-matchable, and it appears tyrannical how they’re enslaved to businesses running cities. 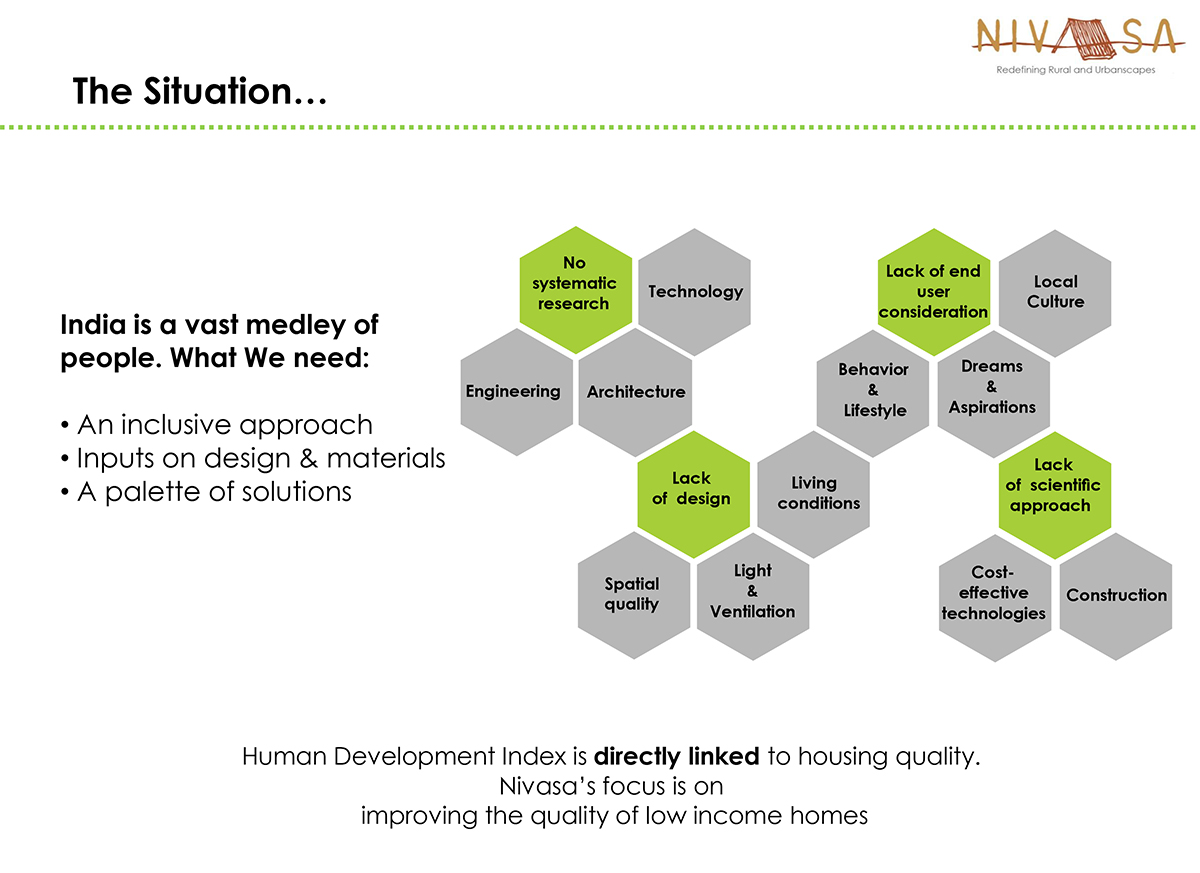 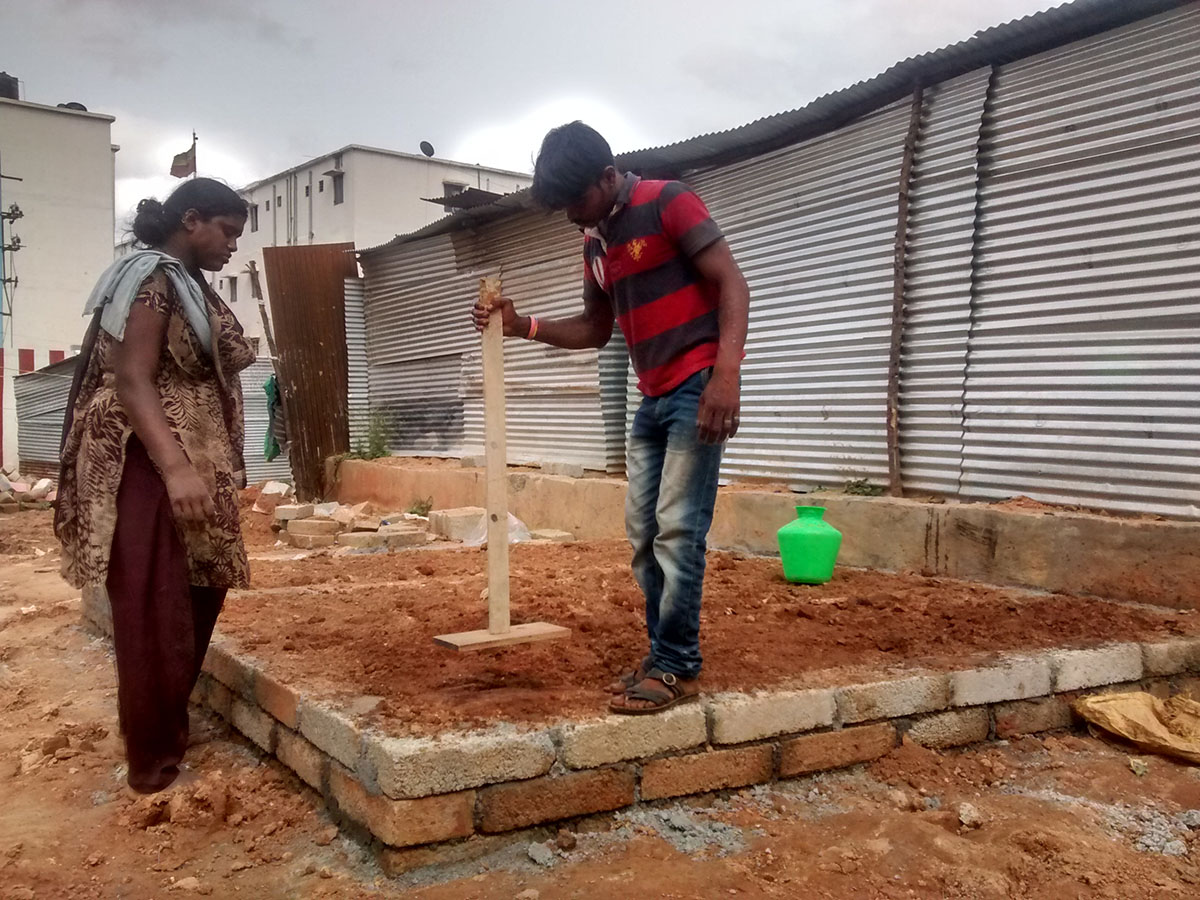 Much like the name suggests, project Suitcase’s homes are of a do-it-yourself nature, and can be dismantled and packed to migrate with the migrants.

A quarter of the city’s 8.5 million people live on slums and only 20% of them have ration cards. Migrant workers are found on pavements, in hume pipes, in temples; living in tarpaulin tents and sheds.

The concern is to inhabit migrant workers into humane, movable shelters that become their permanent homes, serving their migrant nature. Migrant workers needed homes that will dignify and empower them, more than just being a roof above. The idea behind Project Suitcase checks all of this. 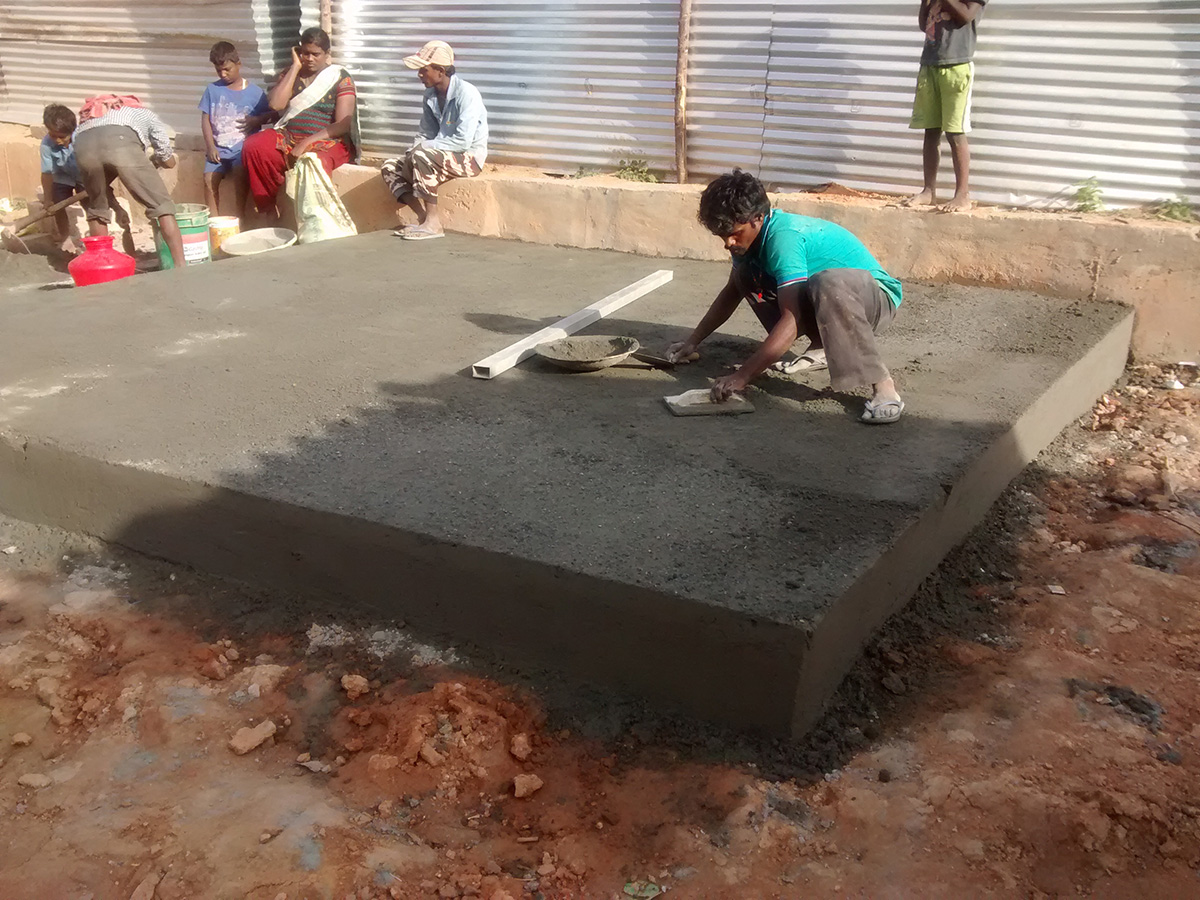 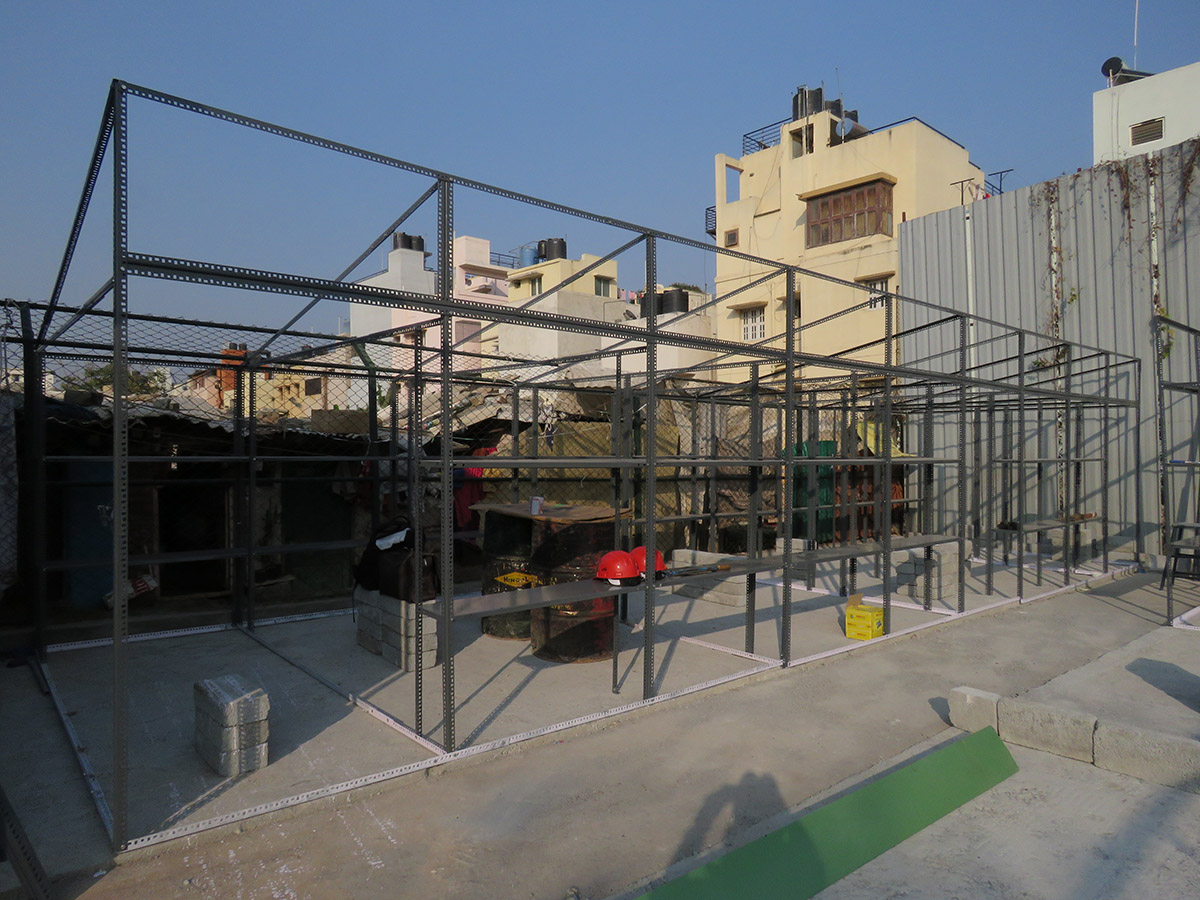 Nivasa believes in applying a professional skillset to provide housing solutions to the poor. There are many projects that haven’t applied these thoughts.

"Nearly 99% percent of India’s fifty thousand architects serve the elite 10% of India’s population," says Nivasa. "On the other side of the spectrum, Poor housing quality has devastating consequences on children’s life chances: On their physical health, on mental & emotional health, on their education, finally affecting their future. Ultimately, (HDI) Human Development Index is directly linked to housing quality." 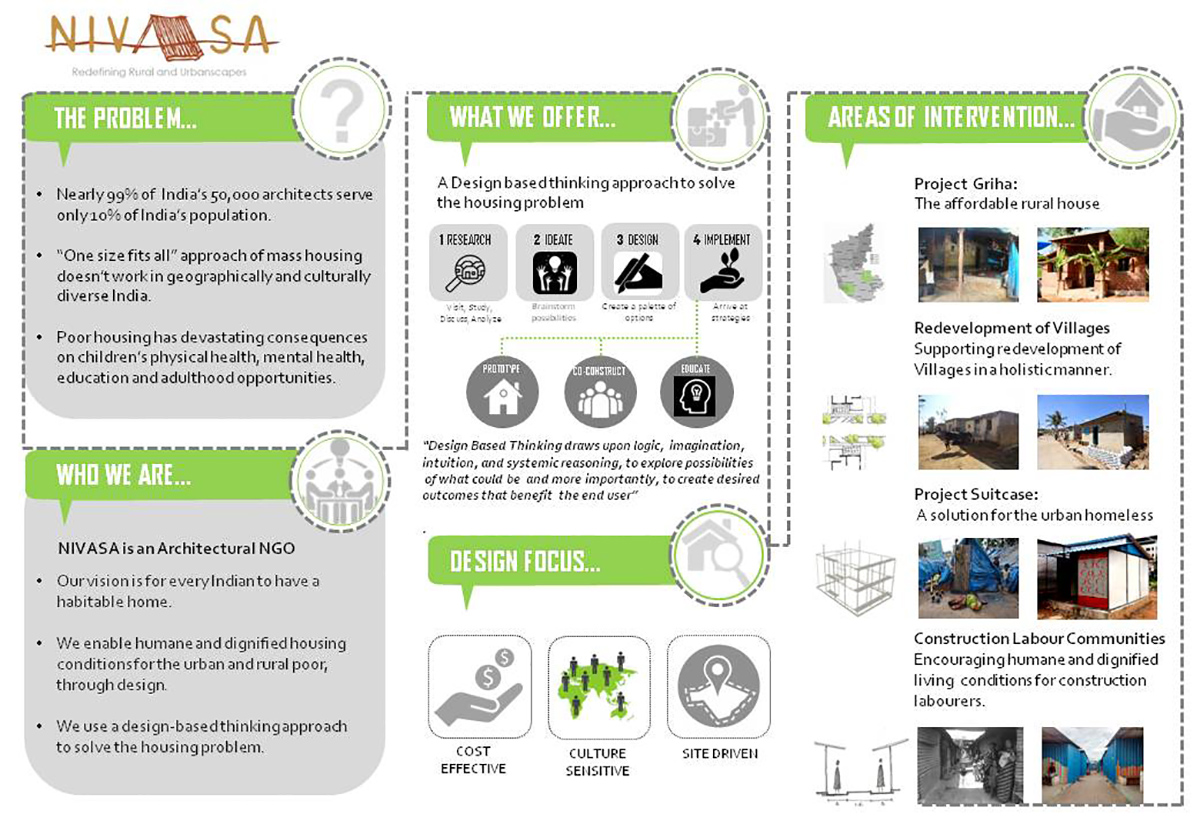 "India is a vast medley of people- Although the government is trying its best to improve housing conditions for the poor, there is no systematic research regarding housing for the poor, and there is a lack of scientific approach in construction and end user involvement in the design process and outcome. The occupancy rates for mass housing projects are low and the current ‘one size fits all solution’ does not work well. The need of the hour is an inclusive approach with a palette of solutions," says Nivasa. 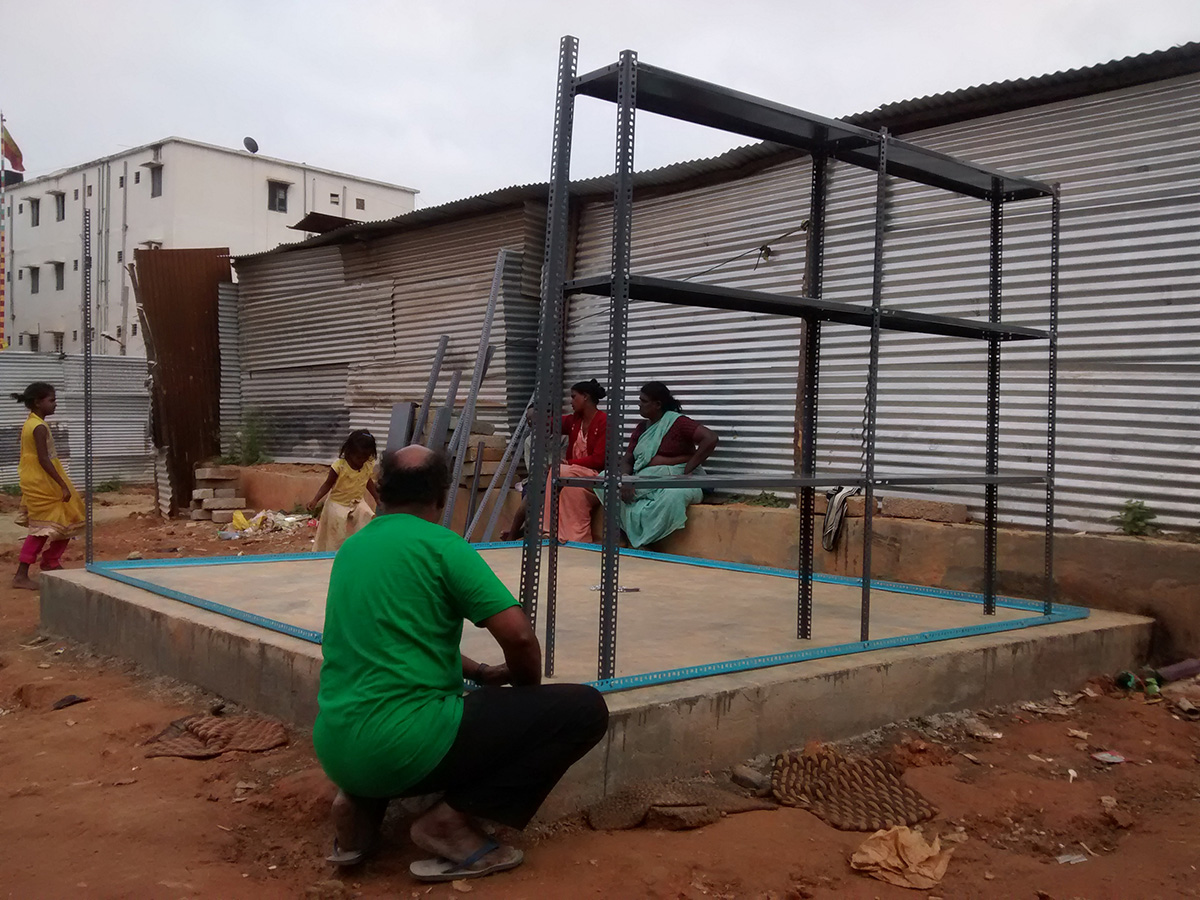 Nivasa believes that housing solutions need design-based thinking with only the end user in mind, and no other desires. Design matters of logic, imagination and reasoning have to be applied to projects of social value too. Nivasa is driven to enable humane, dignified housing conditions for urban and rural poor with these qualities. 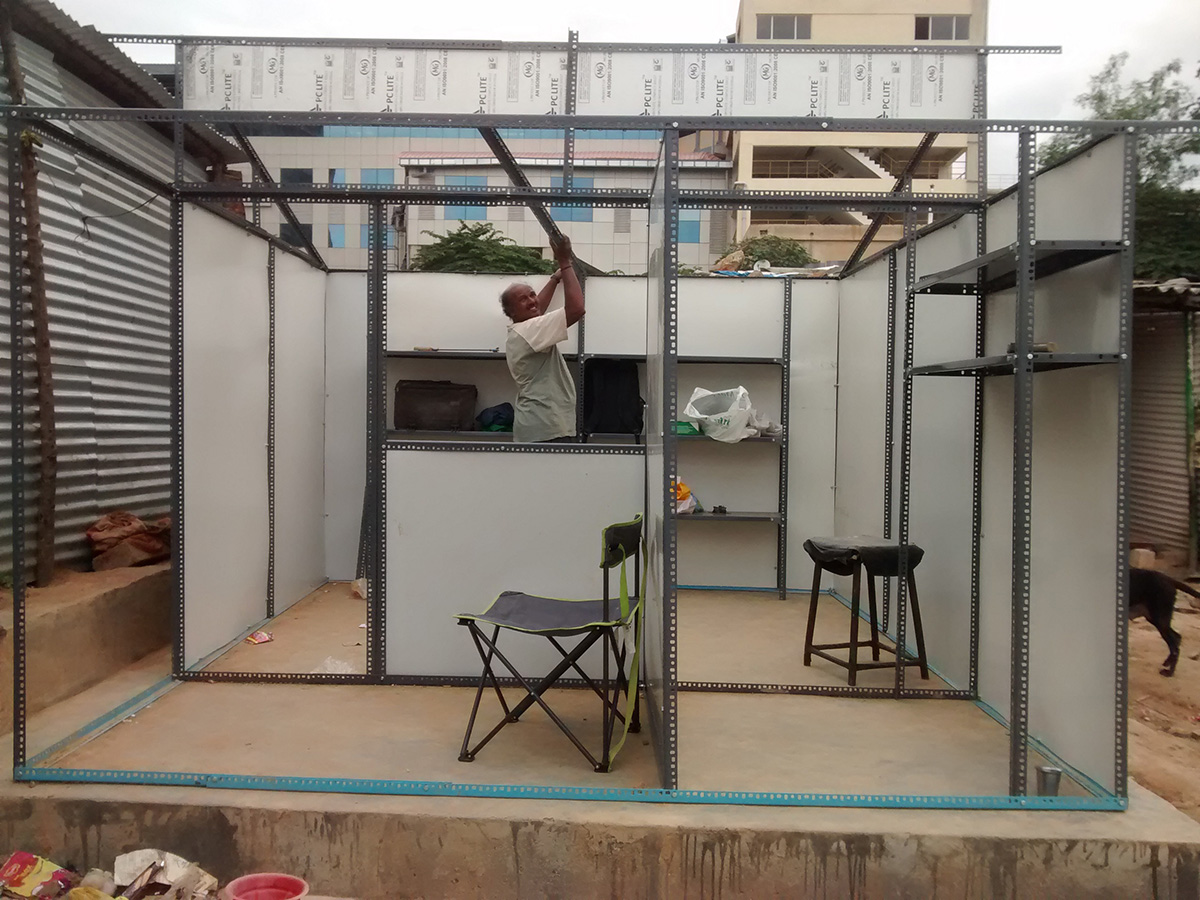 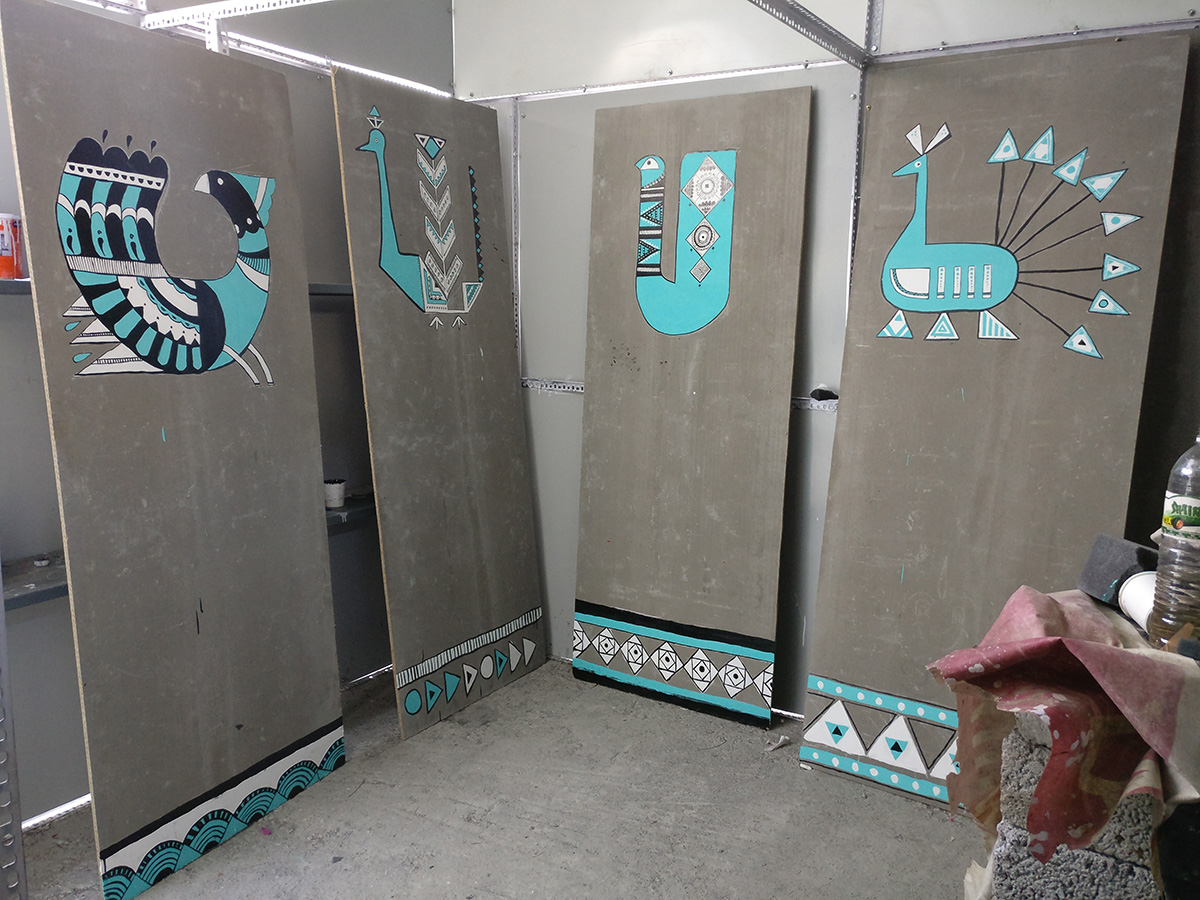 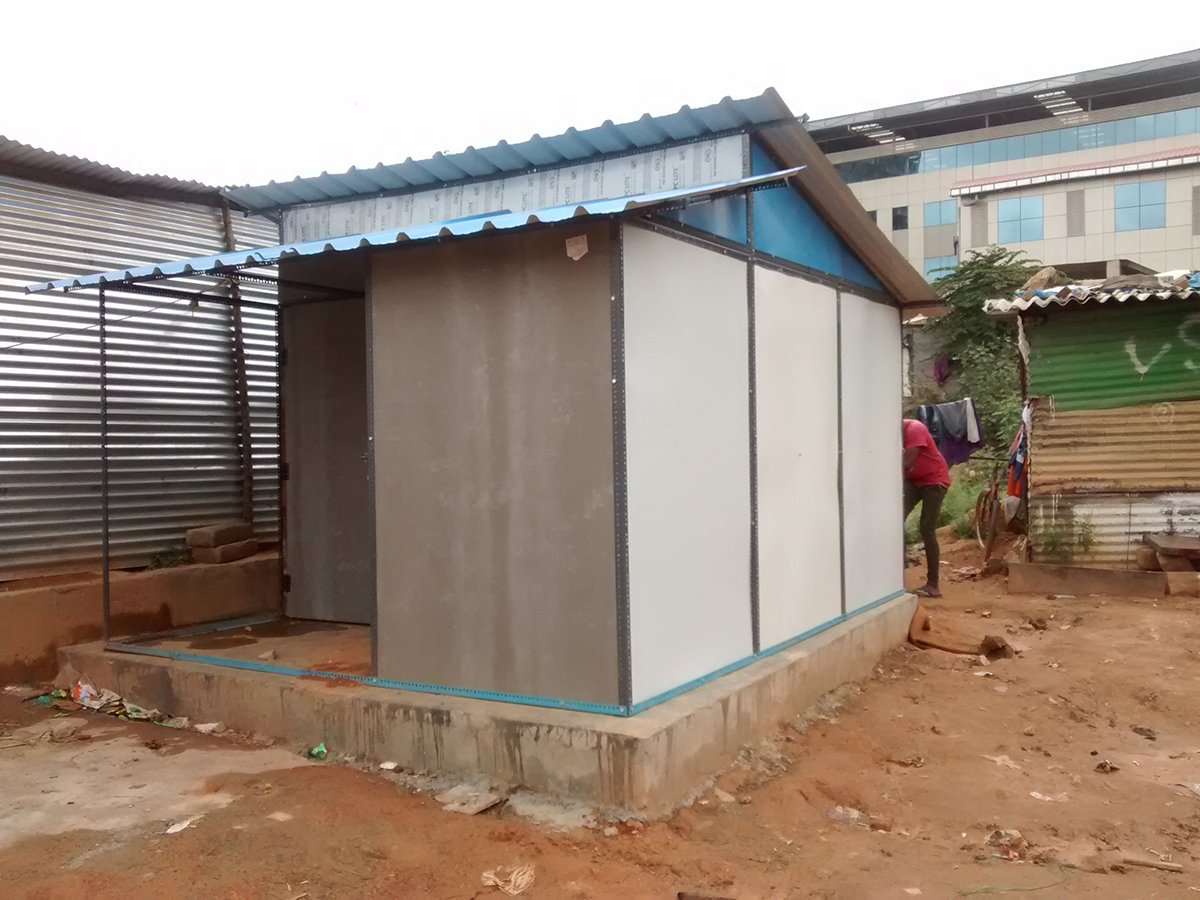 Instilling knowledge in him, exciting his intentions and getting him to practice building his home, make the owner the advocate of change in his life. This is a key principle in making Project Suitcase self-buildable and Nivasa makes the effort to engage the community in this project. 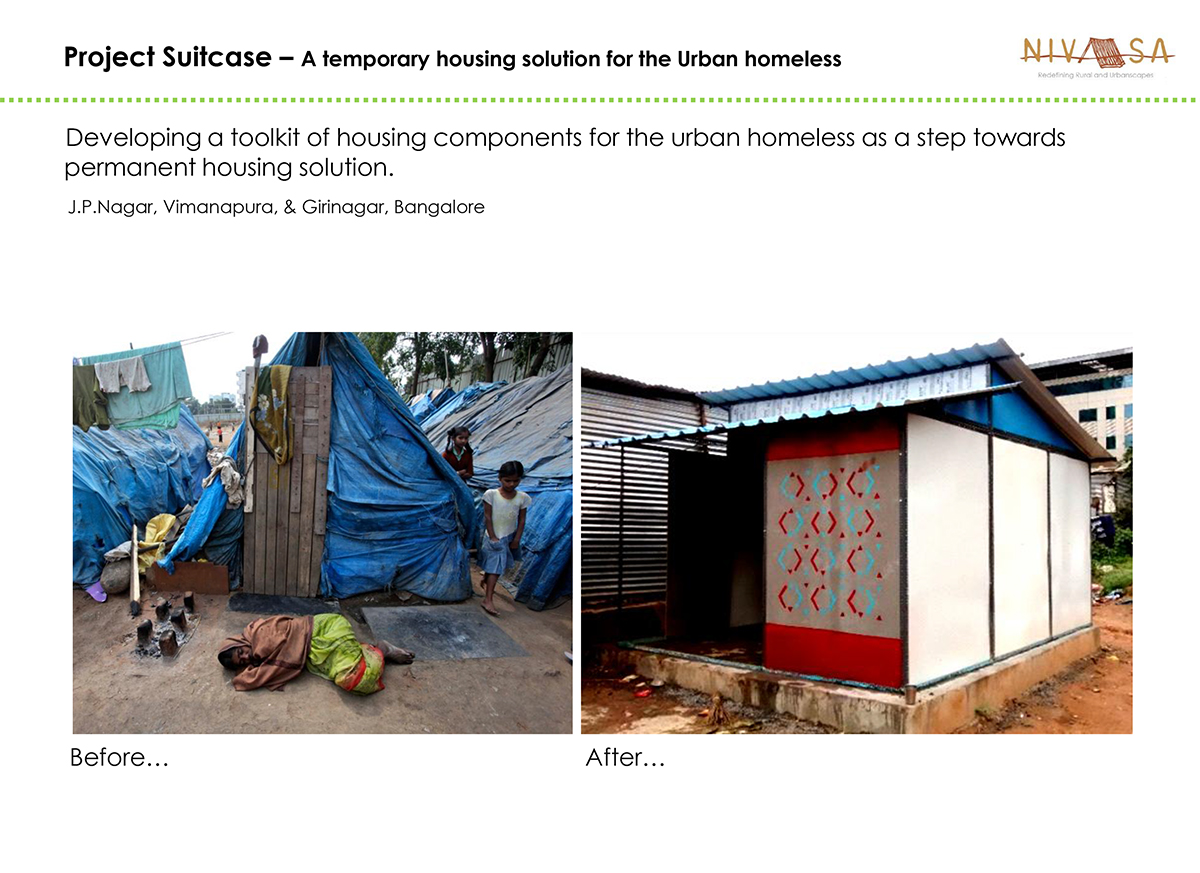 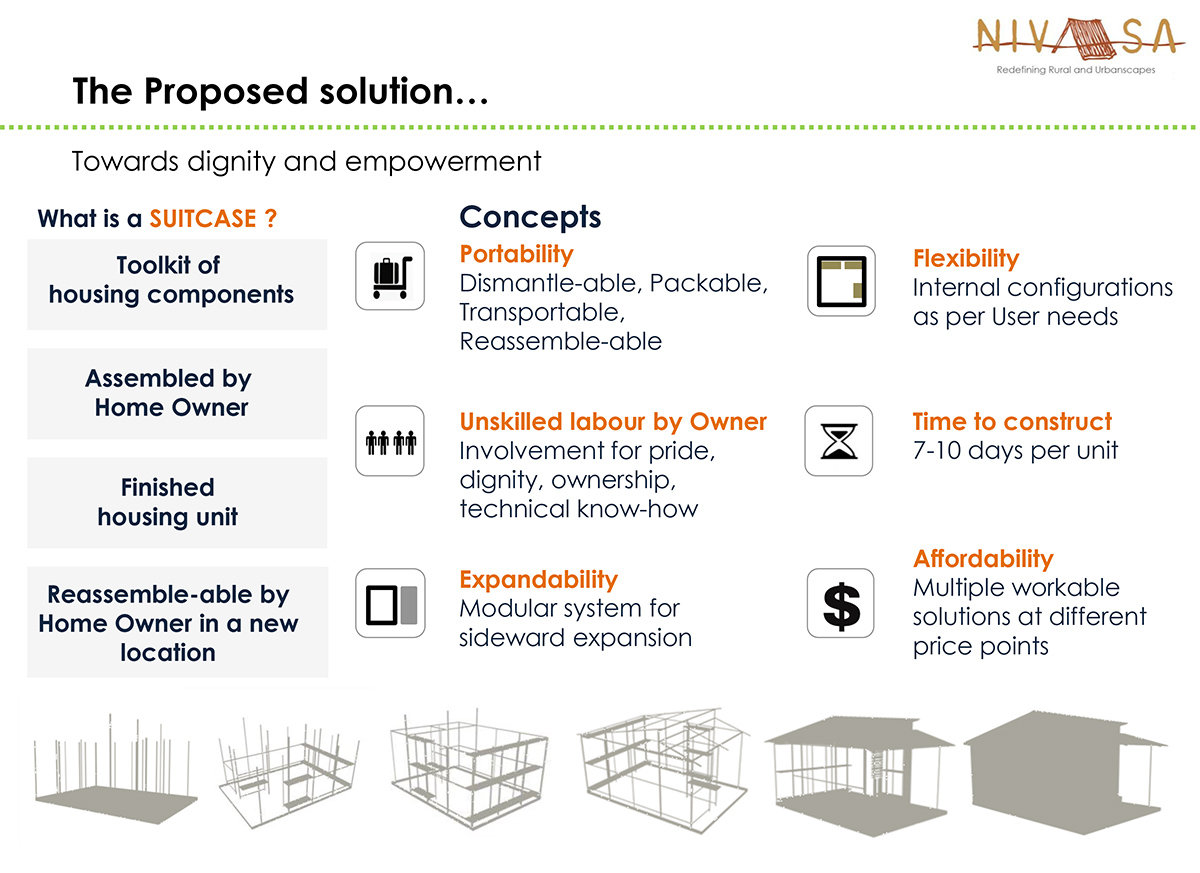 Following this, they work to establish relations between the Government and/or community NGOs and banks to help replicate the design. Funds needed to fuel this process are also obtained here. 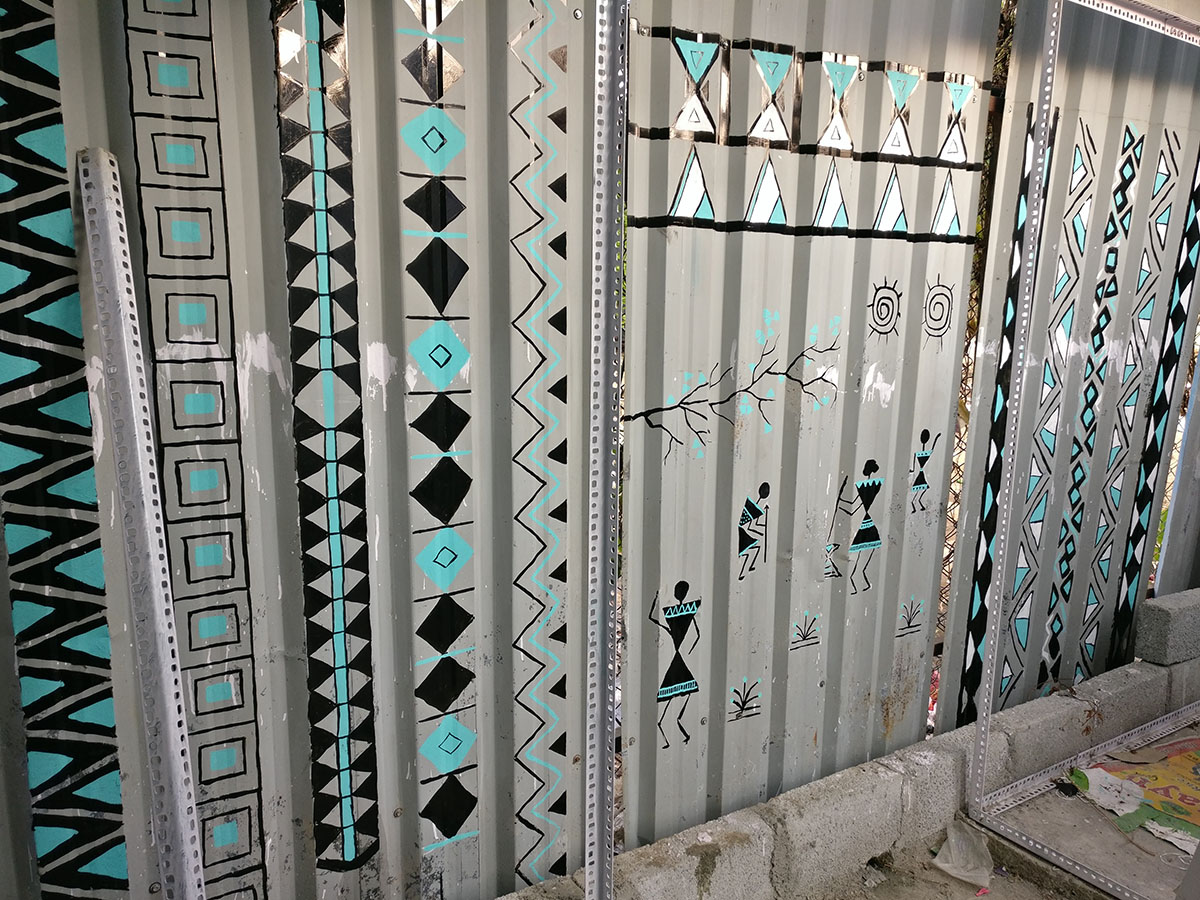 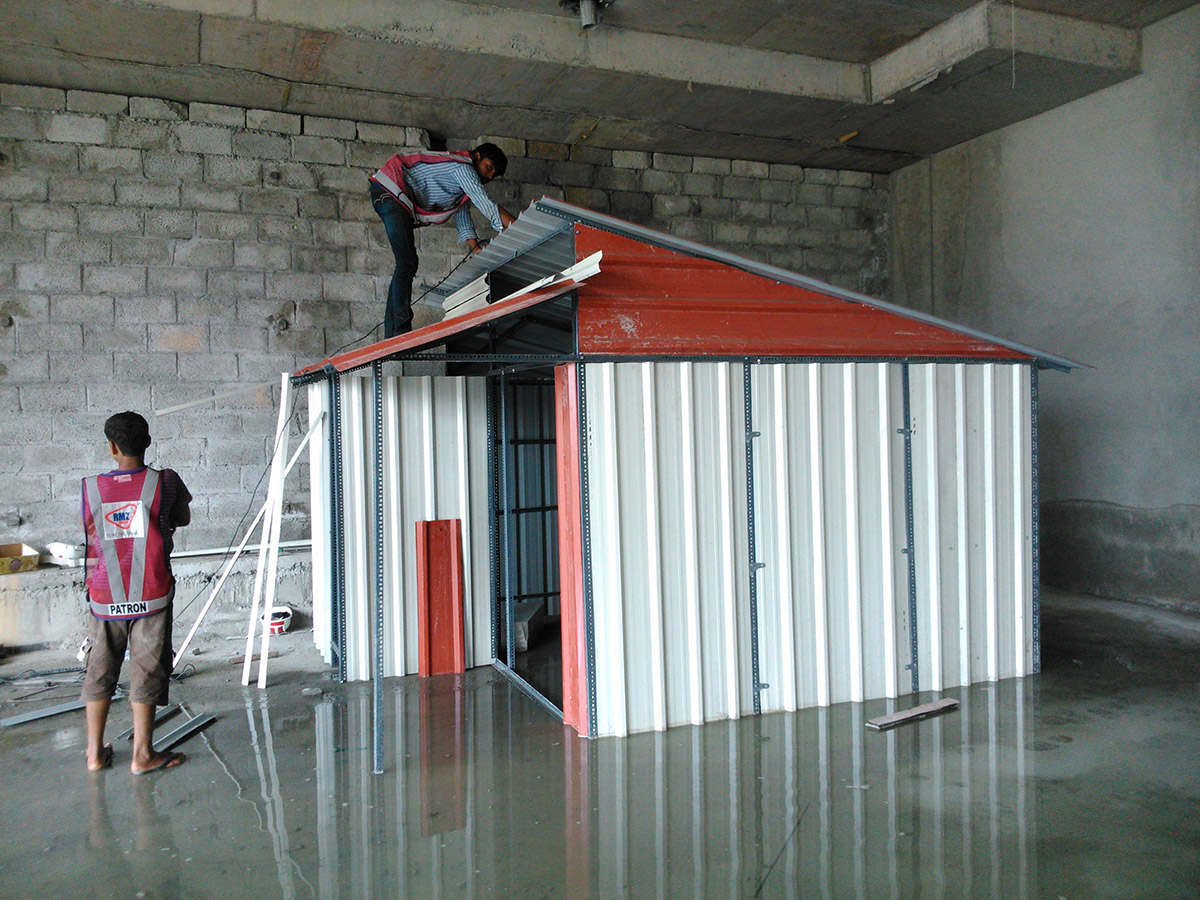 Project suitcase is an example that highlights the benefits showing up in the city when design is applied to housing. More than the idea, it’s the motive that brings solutions for the homeless. Governments could see possibilities and fund them, and when cities are cleaned of poverty they become more welcoming and offering. 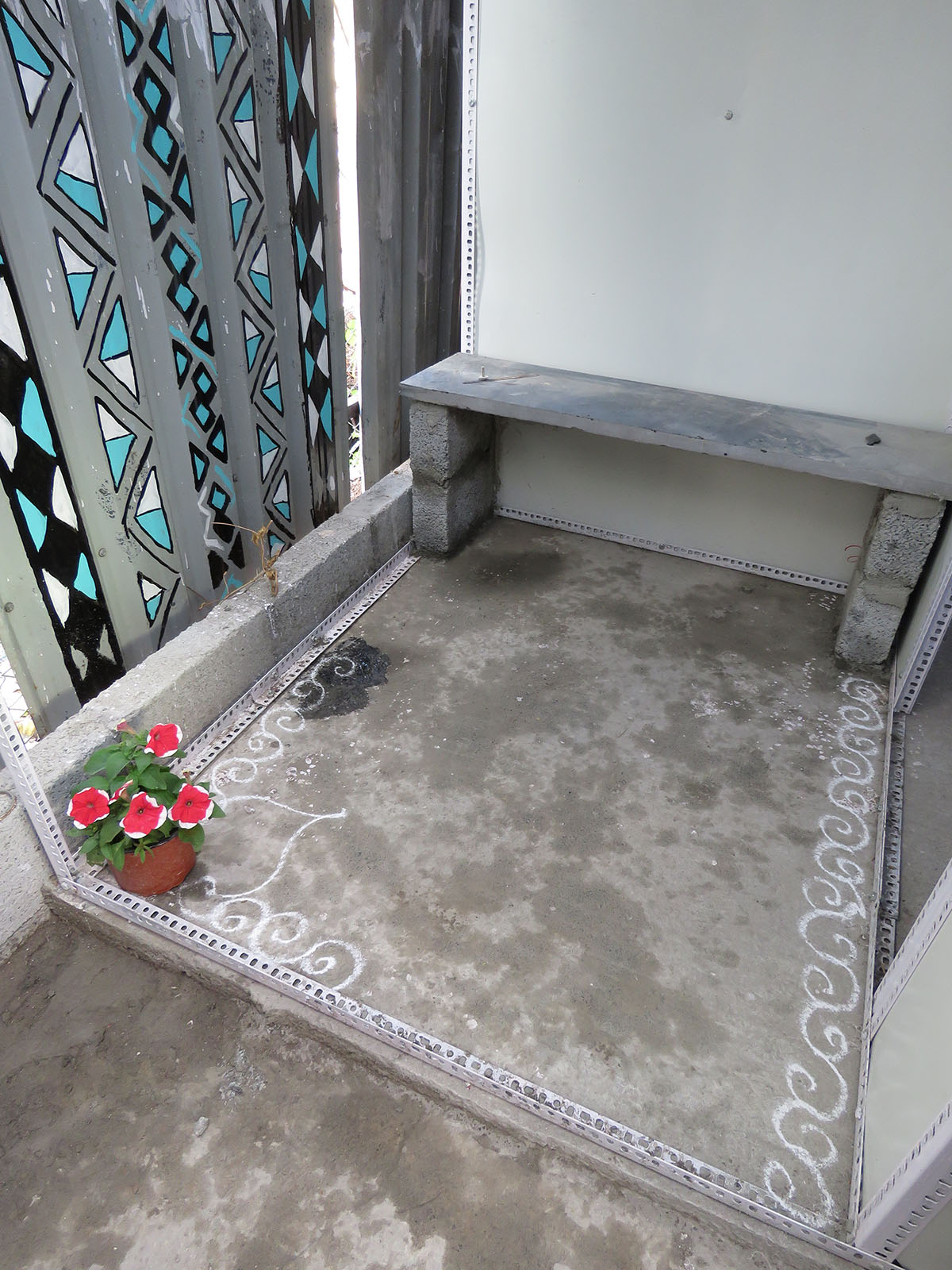 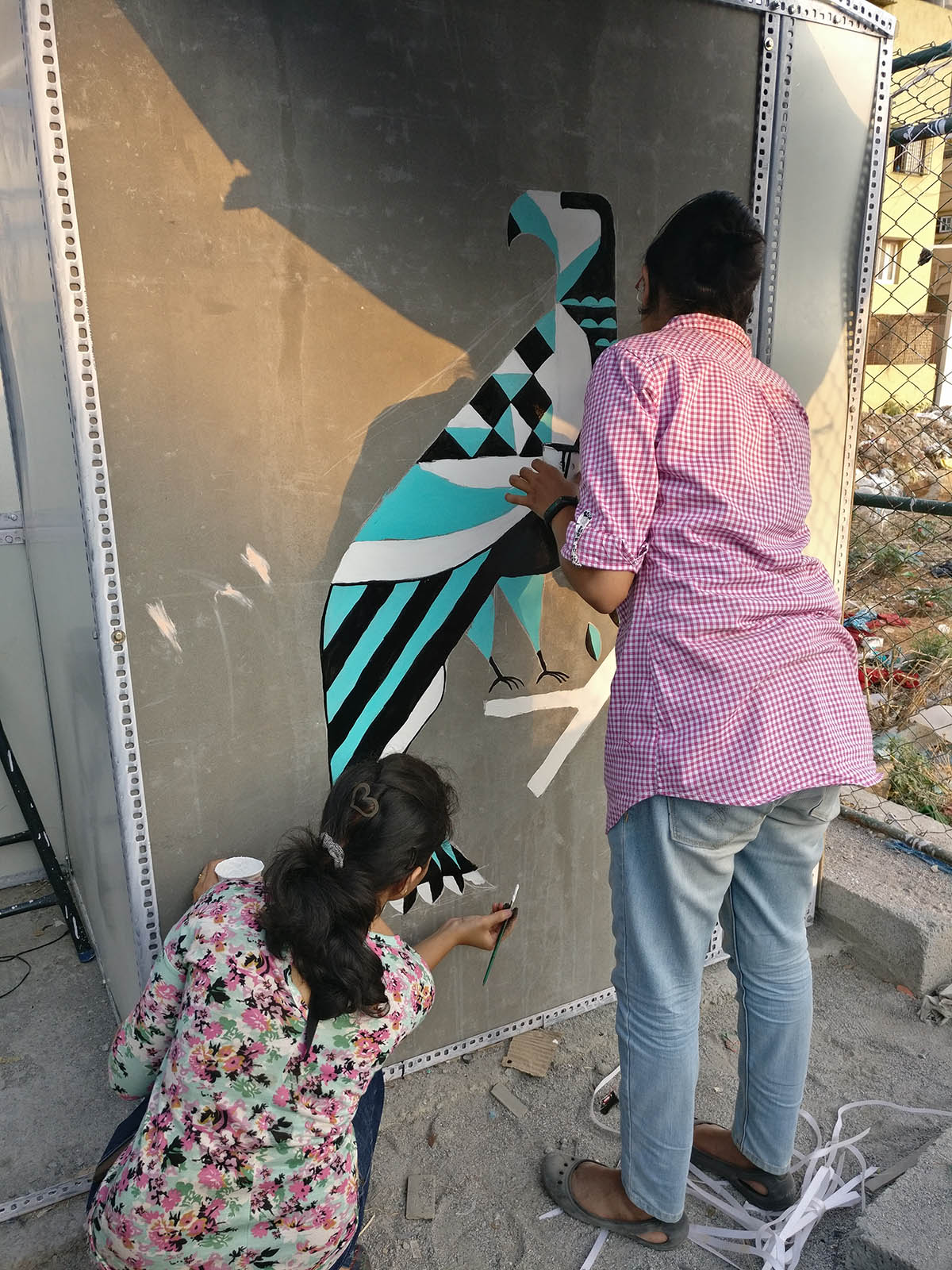 Nivasa has also completed the redevelopment of a Hamlet called Timmaiyanadoddi in Karnataka, South India.

"Unequal dignity and heterogeneity is expressed in every strand of life in India. The reflection is stark in the housing sector. Improving people’s lives in villages holistically needs like-minded organizations with complementary skills to come together without ego and bring meaningful, lasting changes," says Nivasa.

In February 2011, Timmaiyanadodi had been organized with focus groups to help ascertain their needs for individual housing & community interventions. NGO YogaKshema partnered with Nivasa to handle various aspects of the Community, and Canara Bank funded the team to carry out the development. Housing, toilets, infrastructure development, possible with donor support, helped develop the hamlet successfully despite challenges.

"The model importantly ascertains the impact of a holistically designed built environment on the human psyche. Ownership of homes, involvement in rebuilding the hamlet’s spaces, well-being, dignity and responsibility towards surrounding environment is likely to increase", says Nivasa. This has mobilized the hamlet to collaborate with the government to develop themselves.

The Rajan Family Charitable Foundation has been of critical support to execute Project Suitcase. Community NGOs like YogaKshema, APSA, The Banyan and Grama Anthra support Nivasa’s goals. Project Suitcase won an award at the NIP challenge by United Technologies Corporation and this built more suitcases. More supporters include RMZ Foundation and WeRise Foundation.

All images courtesy of Nivasa