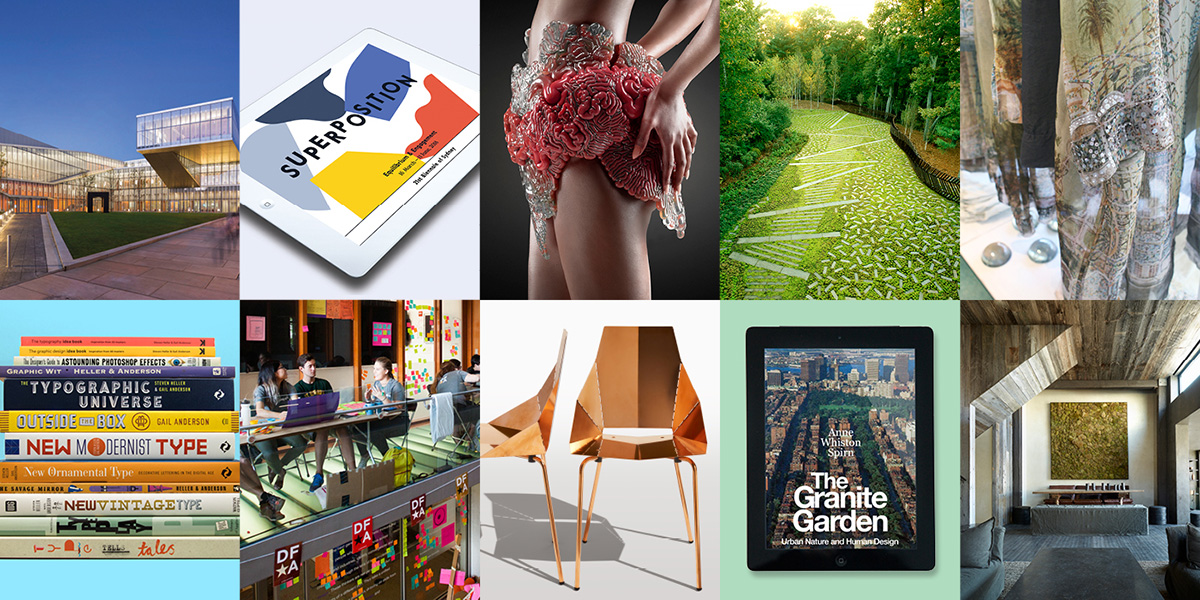 Cooper Hewitt, Smithsonian Design Museum, the annual awards, recognises individuals who have made a design excellence and innovation in 10 categories. Celebrating its 19th year, the annual awards promote design as a vital humanistic tool in shaping the world and are accompanied by robust educational programs in cities nationwide.

"All ten of this year’s winners present a powerful design perspective and body of work that is at once inclusive and deeply personal, accompanied by great achievement, humanity and social impact," said Caroline Baumann, director of Cooper Hewitt.

"I am excited to share our winners with the world at large as we chart an ambitious path for our most prominent educational initiative that further elevates Cooper Hewitt as a national platform for design. These inspiring men and women will be joining us in classrooms and communities throughout the U.S. to help us raise awareness of the power of design to improve our lives."

Winners are selected based on the level of excellence, innovation and public impact of their body of work. The Director’s Award, to be announced at a later date, is chosen by Baumann and given to an individual or organization in recognition of outstanding support and patronage within the design community.

Established in 2000 as a project of the White House Millennium Council, the National Design Awards are accompanied annually by National Design Week, which takes place this year October 13–21, 2018. A variety of public education programs will be offered at the museum as well as across the country, including special events, panel discussions and workshops for students, teachers, corporate professionals, designers and Cooper Hewitt’s dedicated audience. 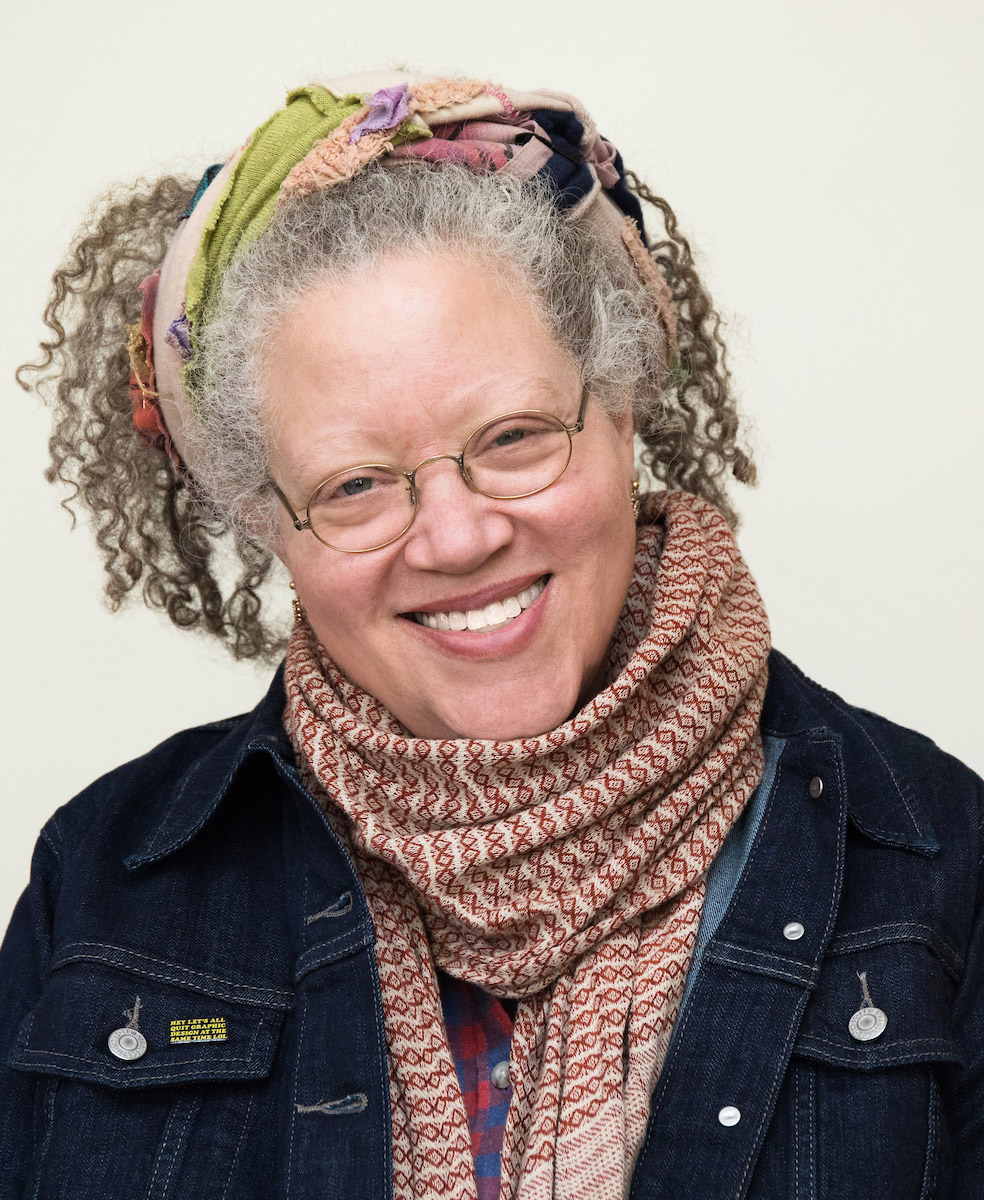 Gail Anderson is a New York-based designer, writer and educator. Anderson serves as creative director at Visual Arts Press, the in-house design studio for the School of Visual Arts, where she has been teaching design for more than 25 years. She is also a partner at Anderson Newton Design. Previously, she served as creative director of design at SpotCo, an advertising agency that creates artwork for theater, and as a designer and senior art director of Rolling Stone. 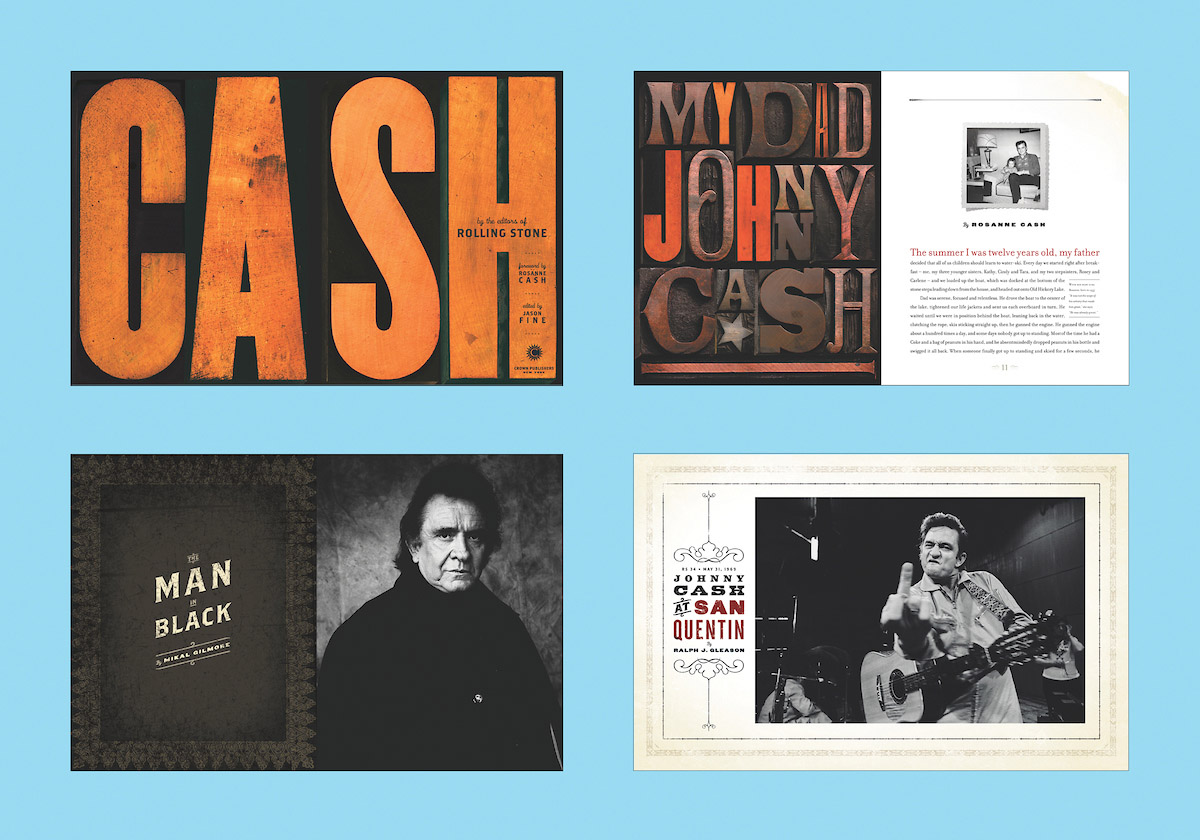 Anderson has co-authored 14 books on design and popular culture, lectured about design internationally and received numerous awards, including the 2008 AIGA Gold Medal and the Society of Illustrators’ 2009 Richard Gangel Art Director Award. Her work is in the permanent collections of Cooper Hewitt, the Library of Congress, the National Museum of African American History and Culture and the Milton Glaser Design Archives at SVA. 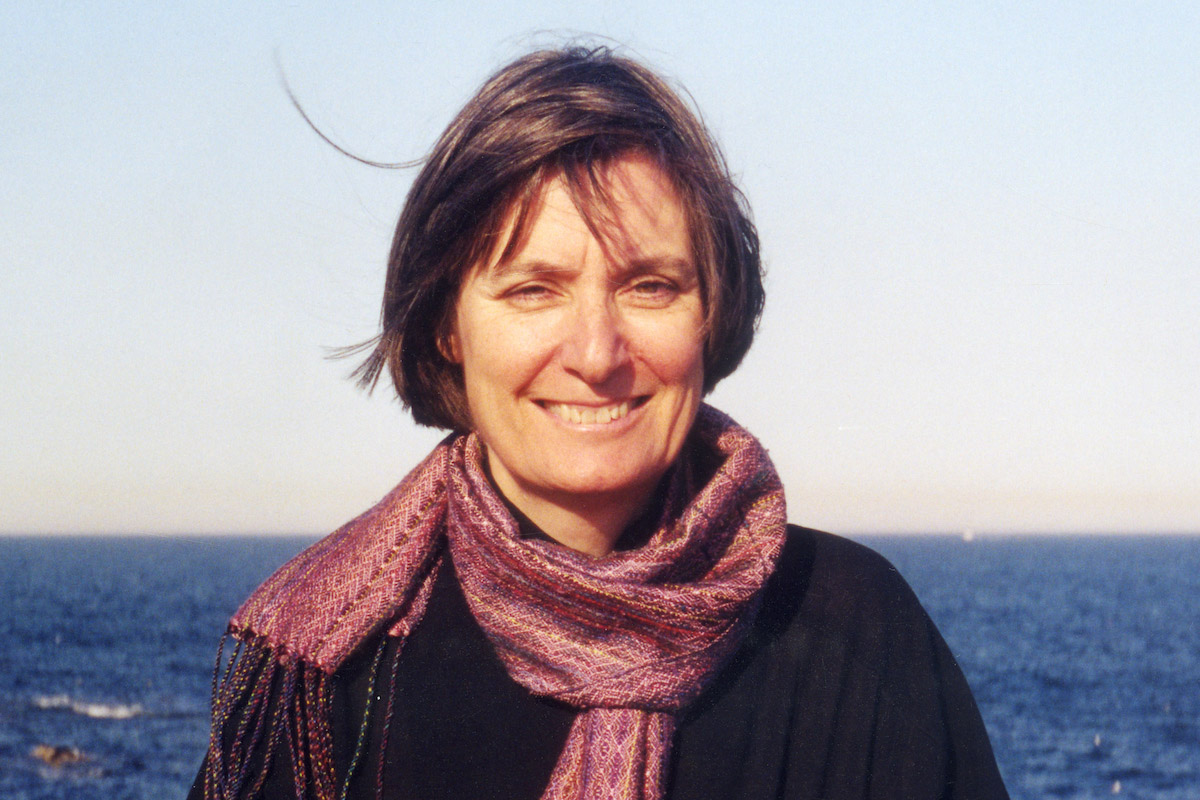 Anne Whiston Spirn is an award-winning author, landscape architect, photographer and the Cecil and Ida Green Distinguished Professor of Landscape Architecture and Planning at MIT in Cambridge, Massachusetts. Her writings and action research have brought forth a new state of mind among designers and the general public—provoking the integration of city and nature, advancing design theory and practice, and transforming how people see and act. 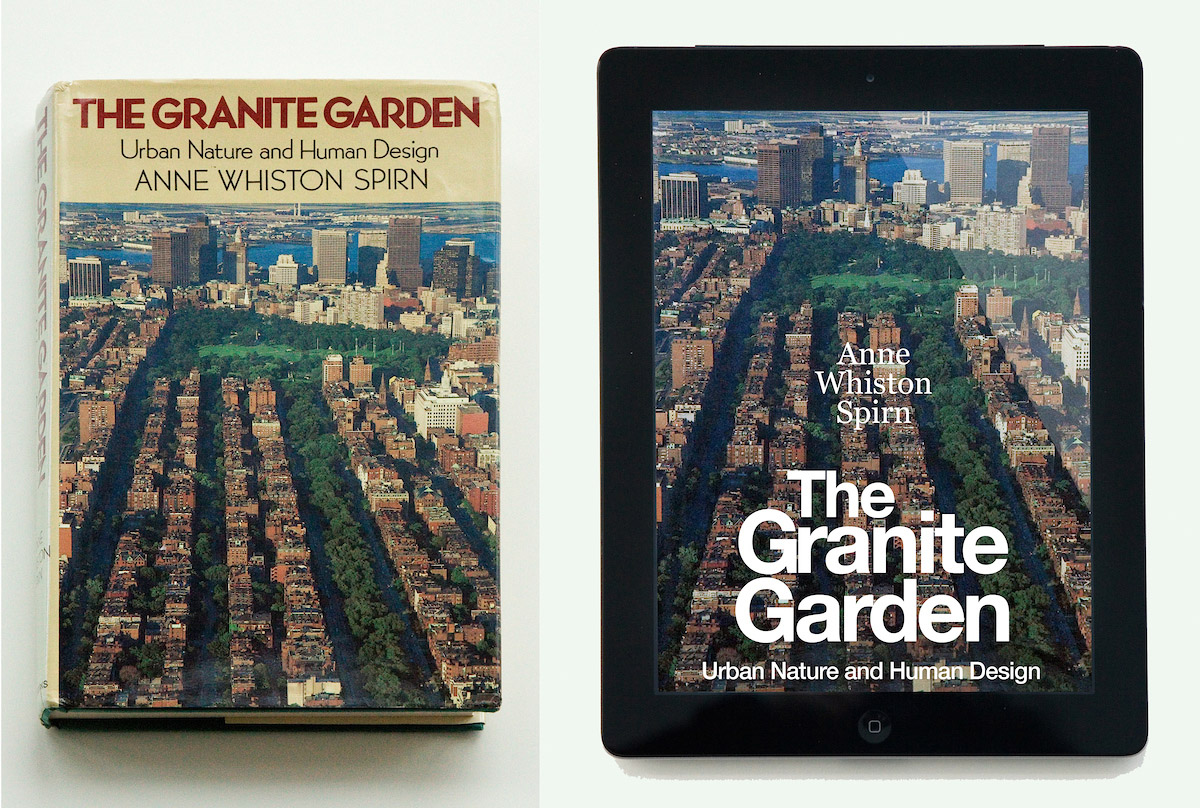 The Granite Garden, a book that “touched off the ecological urbanism movement,” according to the American Planning Association, which lists it as one of the most important books of the past century. The book presents, synthesizes, and applies knowledge from many disciplines to show how cities are part of the natural world and to demonstrate how they can be planned and designed in concert with natural processes rather than in conflict (1984, Basic Books; e-version, expected 2019). Image courtesy of Anne Whiston Spirn

For 30 years, Spirn has directed the West Philadelphia Landscape Project, which was recognized at a 1999 White House conference on Imagining America. In 2001, she received Japan’s International Cosmos Prize for contributions to the harmonious coexistence of nature and humankind. 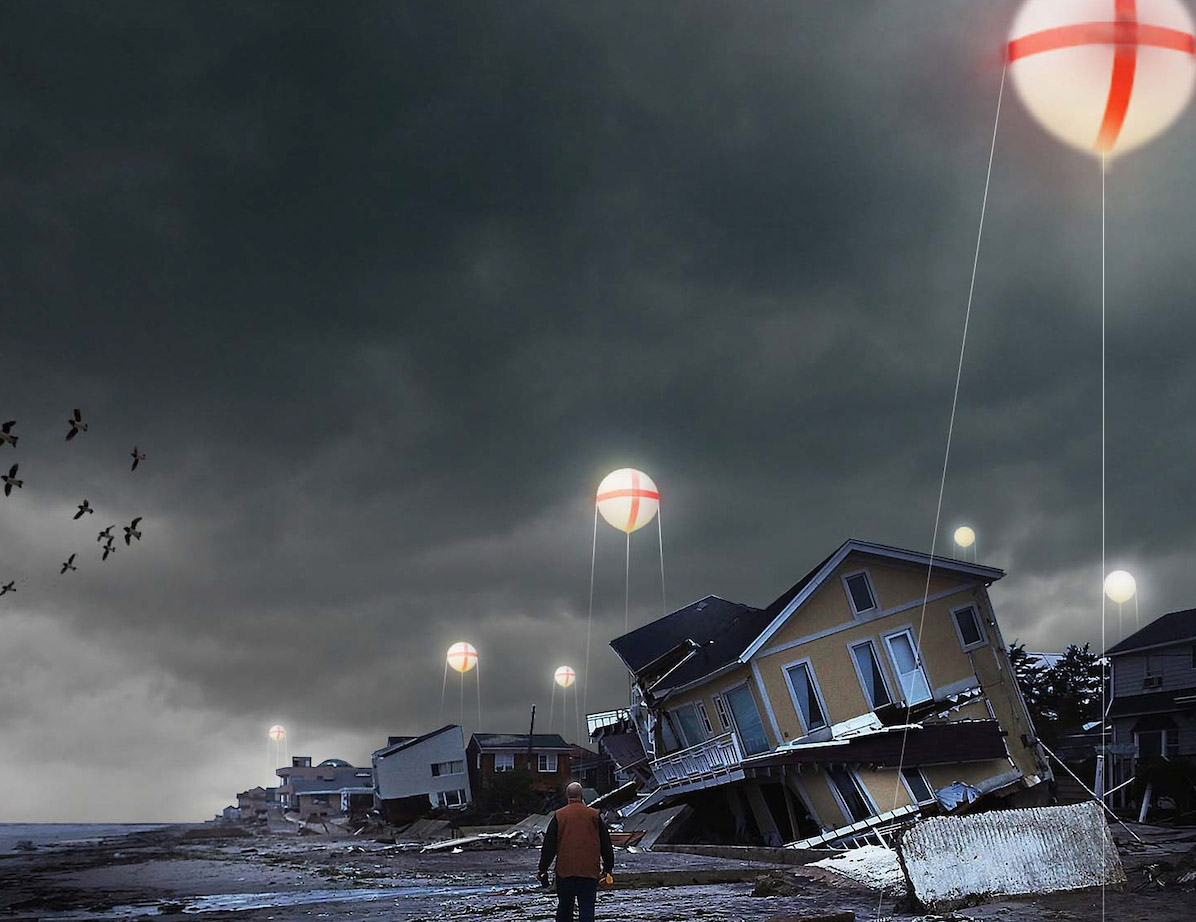 Illumiloon, a low-tech, floating communication device that shows a signal for help without power or the Internet. The project was designed by students in the Design for America studio at Yale in response to Hurricane Sandy and Blizzard Nemo to address the social challenges around natural disasters (New Haven, Connecticut, 2014–present). Project partners: Federal Emergency Management Agency; Field Innovation Team. Image courtesy of Illumiloon

Design for America (DFA) is a national network of innovators working together to improve their local communities through design. DFA began as the brainchild of Northwestern University faculty member Liz Gerber and three of her students in 2009. Gerber saw how design could be used to bring new solutions to seemingly intractable social issues and how the training and experience could equip young people with the capacity to make change. The network has tackled hundreds of challenges—ranging from accessible health care to drinkable water—and has inspired more than 4,000 passionate students, educators and design professionals across the country. 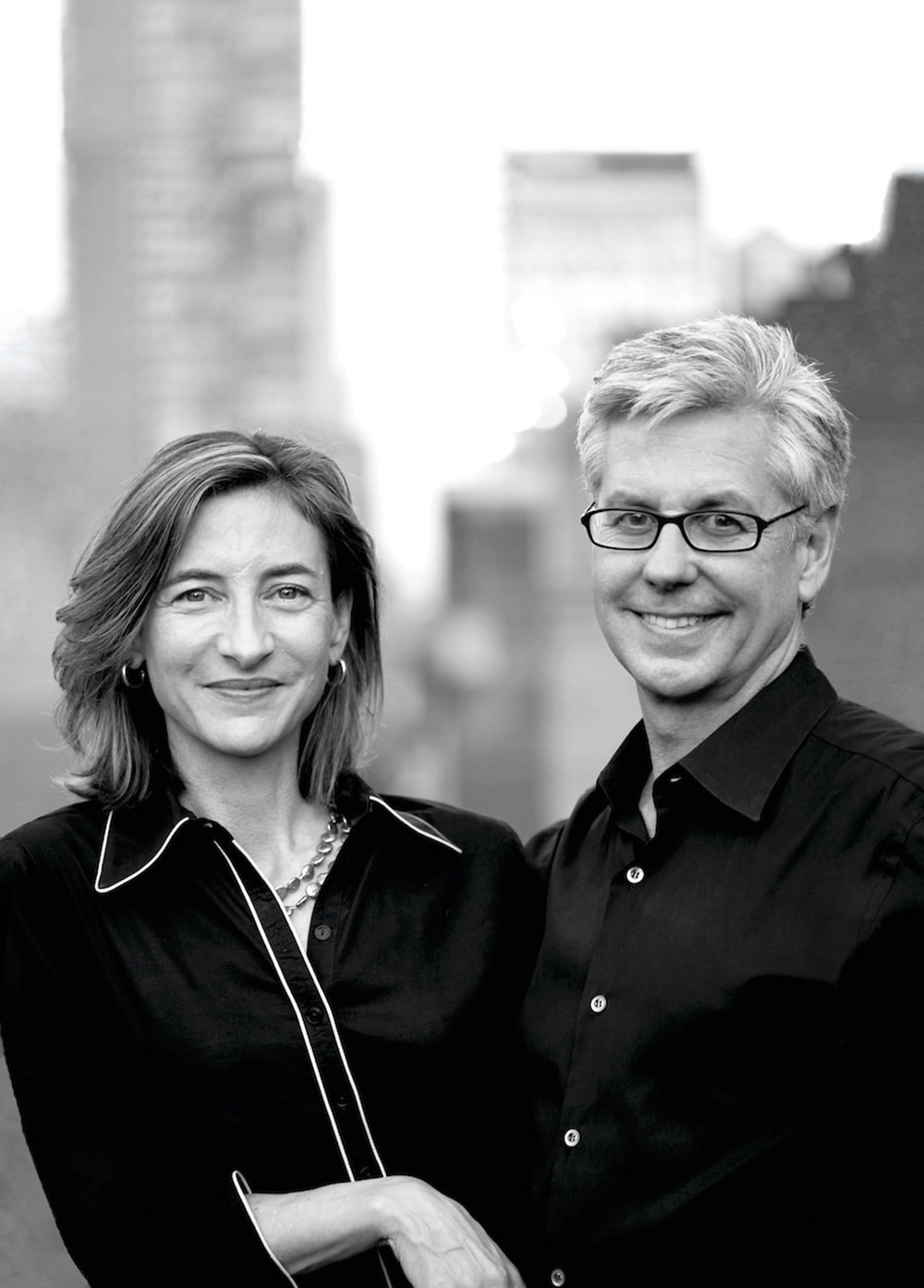 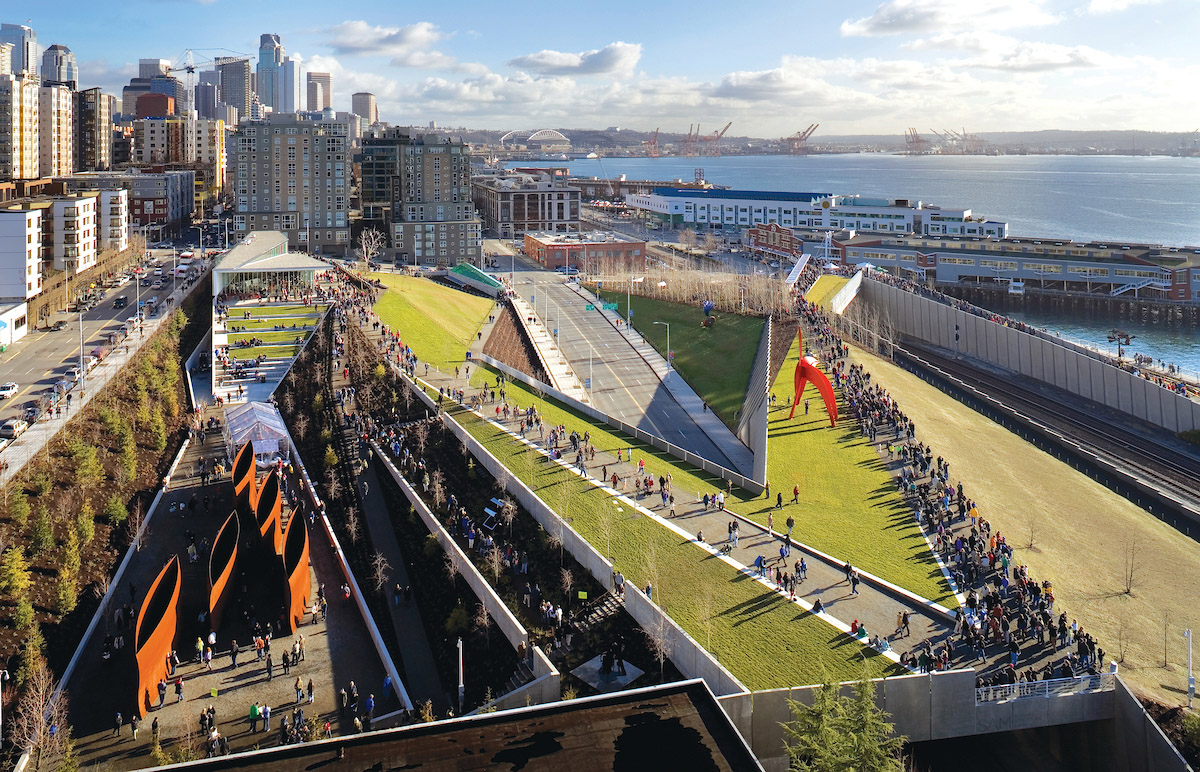 Weiss/Manfredi’s distinct vision has been recognized with the Academy Award for Architecture by the American Academy of Arts and Letters and the Architectural League’s Emerging Voices Award. The firm’s work has been exhibited at MoMA and will be featured in the 2018 Venice Architecture Biennale. 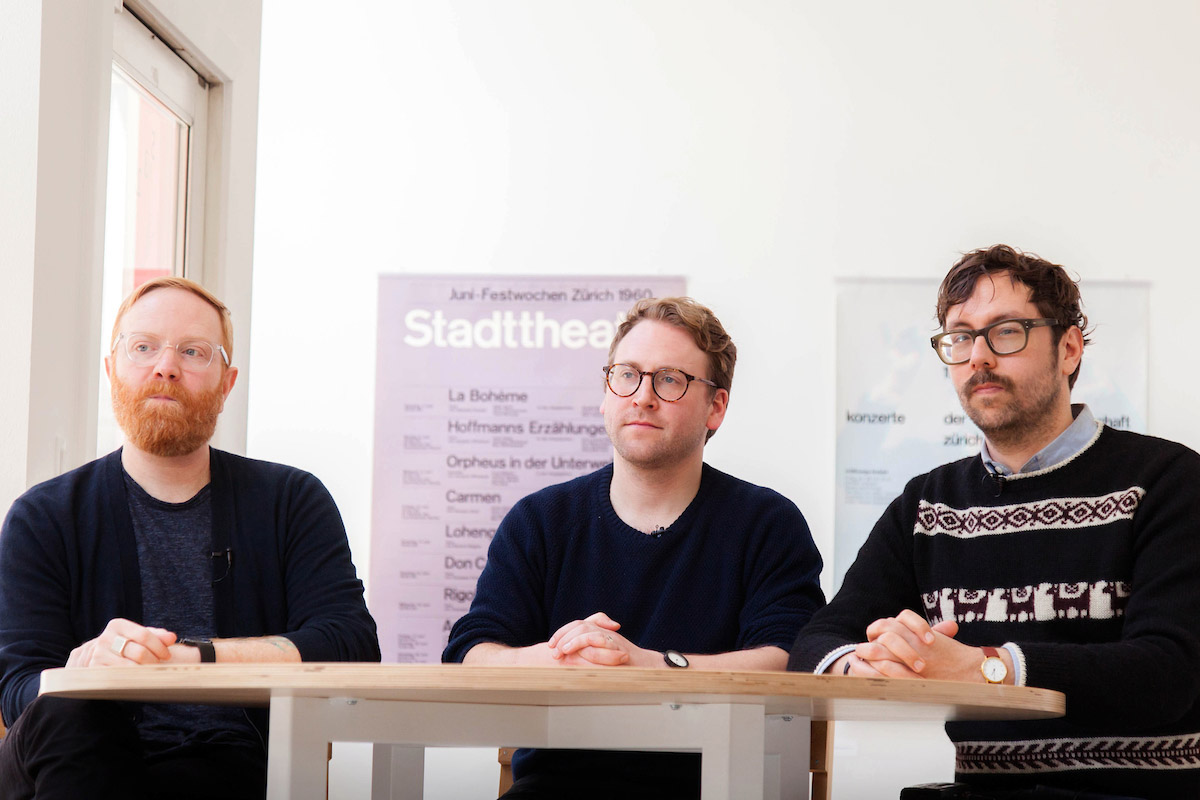 Civilization was founded by Michael Ellsworth, Corey Gutch and Gabriel Stromberg in Seattle. Since the studio’s inception in 2007, it has built identity systems, digital experiences, printed materials, environmental graphics and exhibitions that are engaging, empathetic, sustainable and create meaningful connections. 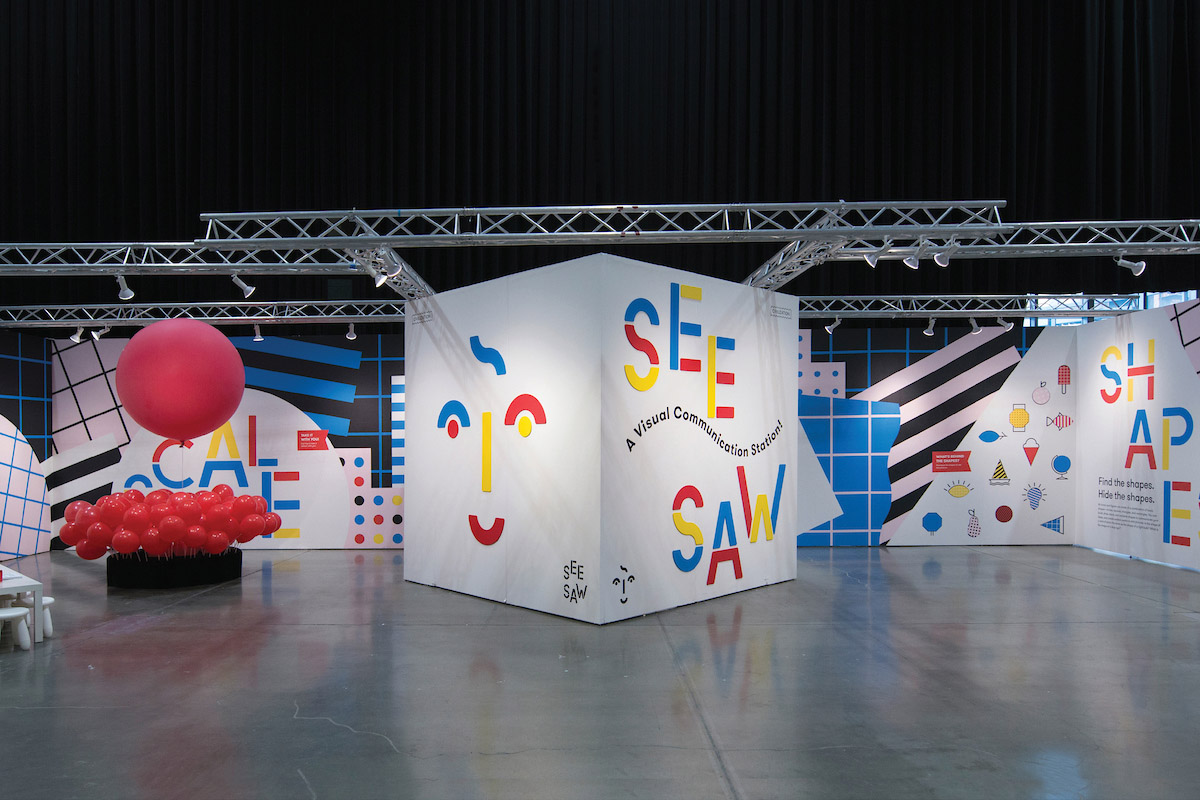 The See Saw installation, an interactive learning space where children and adults can physically play with the tools of visual communication (Seattle, Washington, 2017). Image courtesy of Joe Freeman and The Seattle Art Fair

Working with those committed to creating positive change, the studio’s clients include the National Head Start Association, The Nature Conservancy, Shout Your Abortion, The Museum of History & Industry and The Biennale of Sydney. Civilization’s work is in the permanent collection of SFMOMA and the studio has won numerous awards, including the 2017 Webby Award for Best Activist Website. 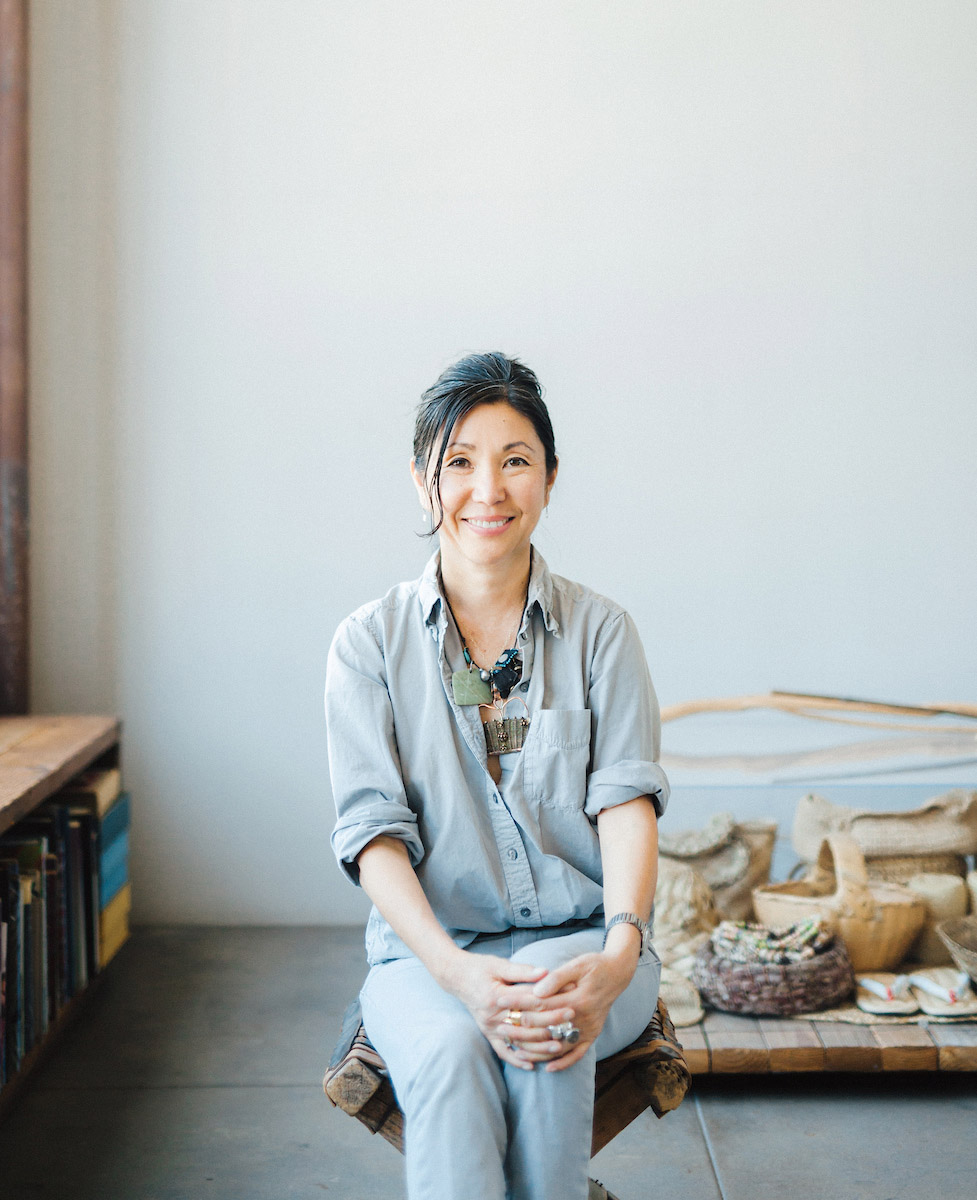 Christina Kim is the co-founder and designer of dosa, a Los Angeles-based clothing, accessories and housewares company established in 1984 with a focus on rethinking conventional fashion-industry production and sustaining artisan cultures. In-house production enables an evolving system for efficient use of natural resources, recycling and creative reuse. Kim draws on traditional handwork techniques, particularly in India, Mexico and Colombia, engaging local artisans and communities in long-term collaborations. 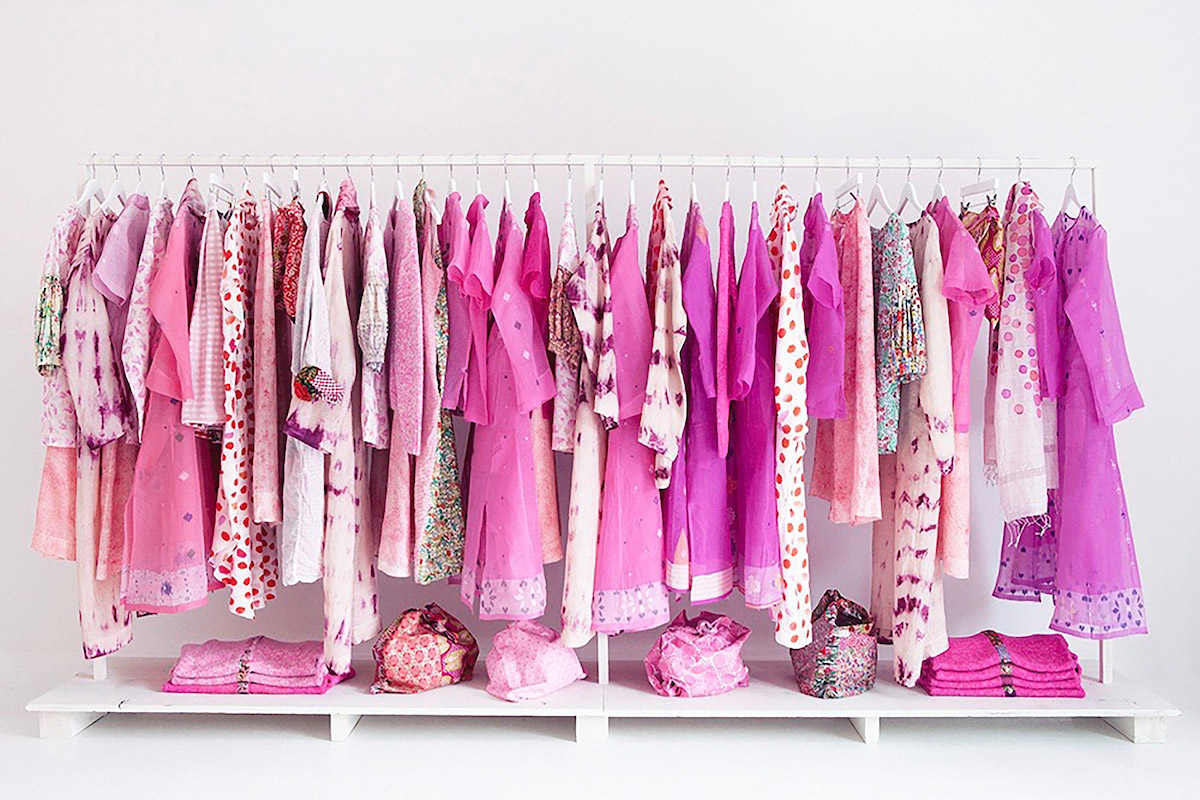 Recognized globally for sustainable-design practices, Kim was named by Time magazine as one of its Innovators of the Year in 2003, received the Innovation in Craft Award by Aid to Artisans in 2006, the Longhouse Reserve Design Award in 2006 and an honorary doctorate from the Rhode Island School of Design in 2017. 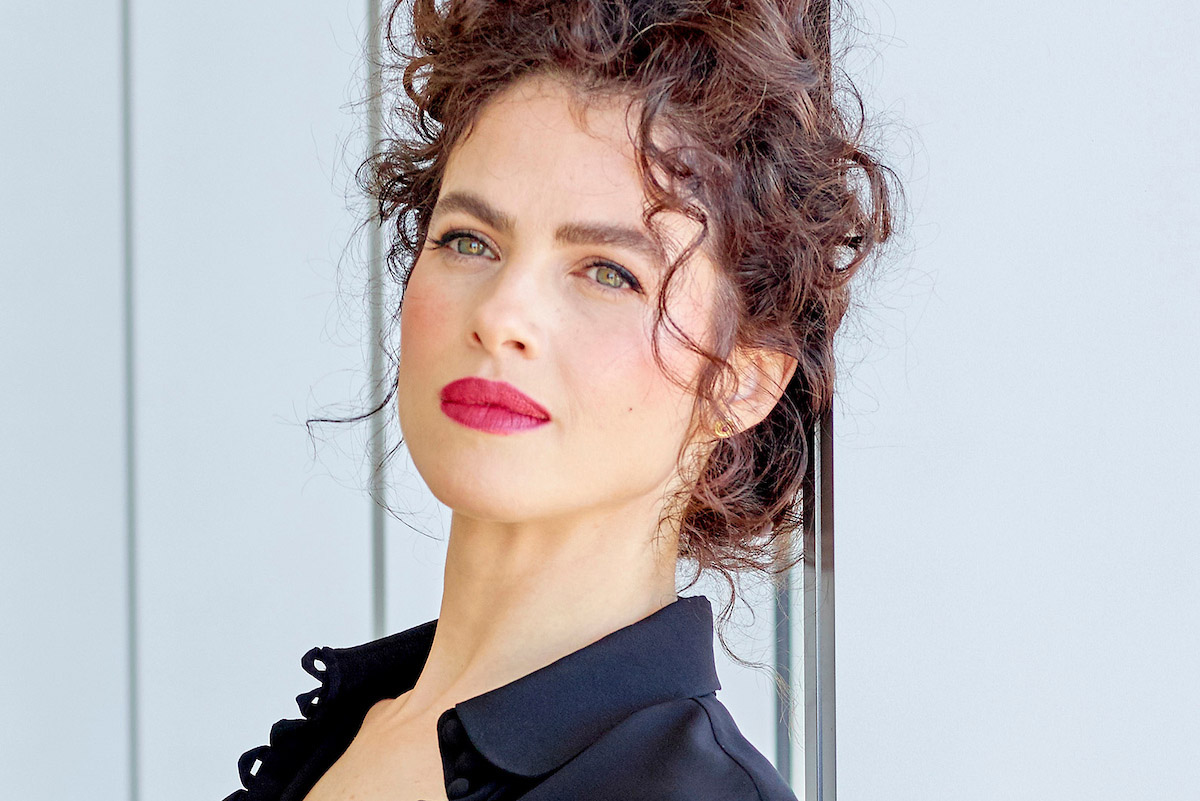 Neri Oxman is an architect, designer, inventor and professor at MIT, where she is the founding director of The Mediated Matter Group. An experimental design practice, the group combines commissioned work with scientific research exploring ways in which digital design and production techniques can enhance the relationship between built and natural environments, operating at the intersection of computational design, robotic fabrication, materials engineering and synthetic biology. 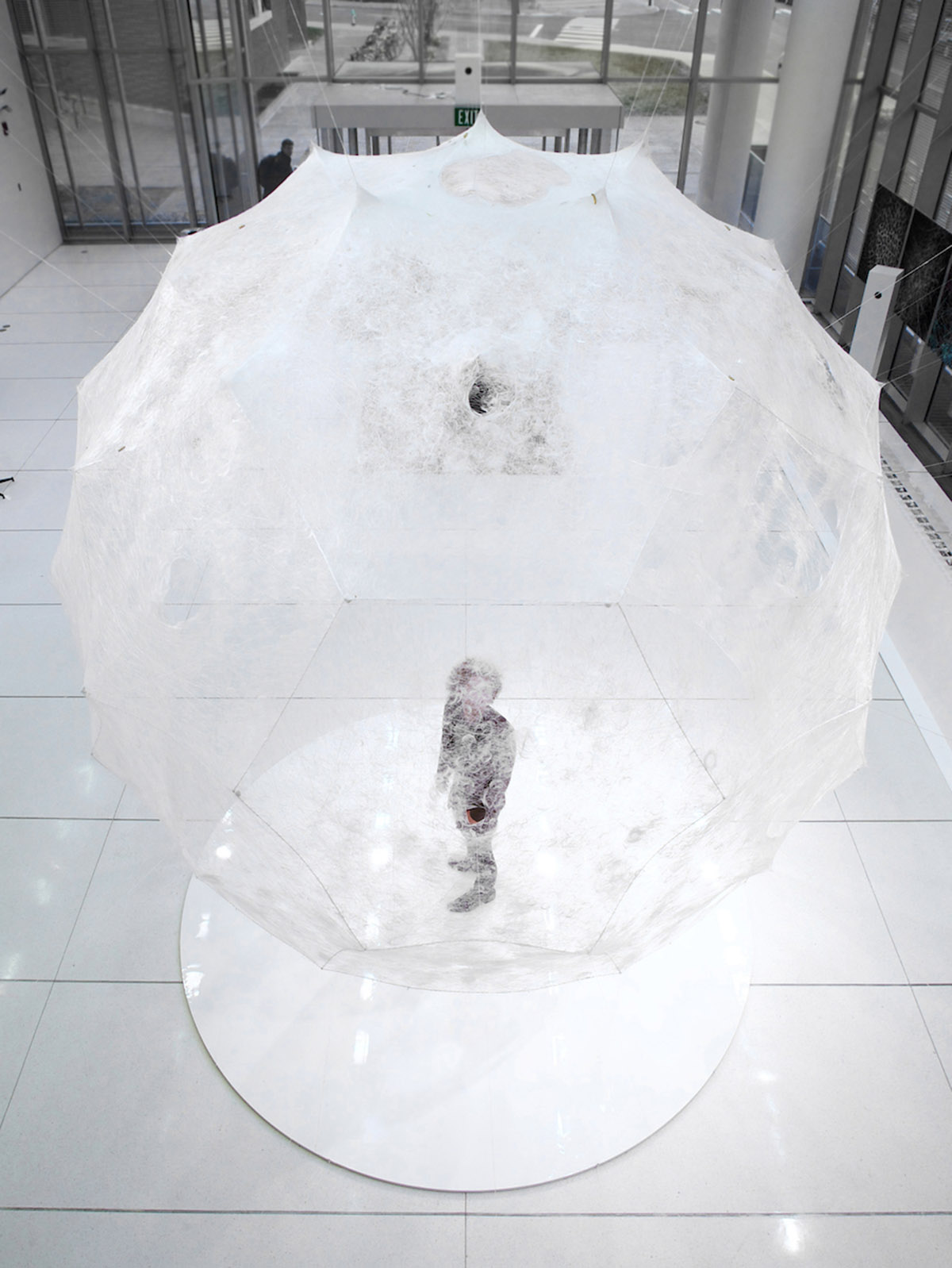 The group applies this knowledge to design, from the micro scale to the building scale. Oxman coined the term “Material Ecology” to describe the study, design and digital fabrication of buildings, products and systems that integrate environmentally aware, computational, form-generating processes and digital production. Her team’s work was presented at the White House and the World Economic Forum, and it is in the permanent collections of Cooper Hewitt, MoMA, SFMOMA, Pompidou, MFA and others. 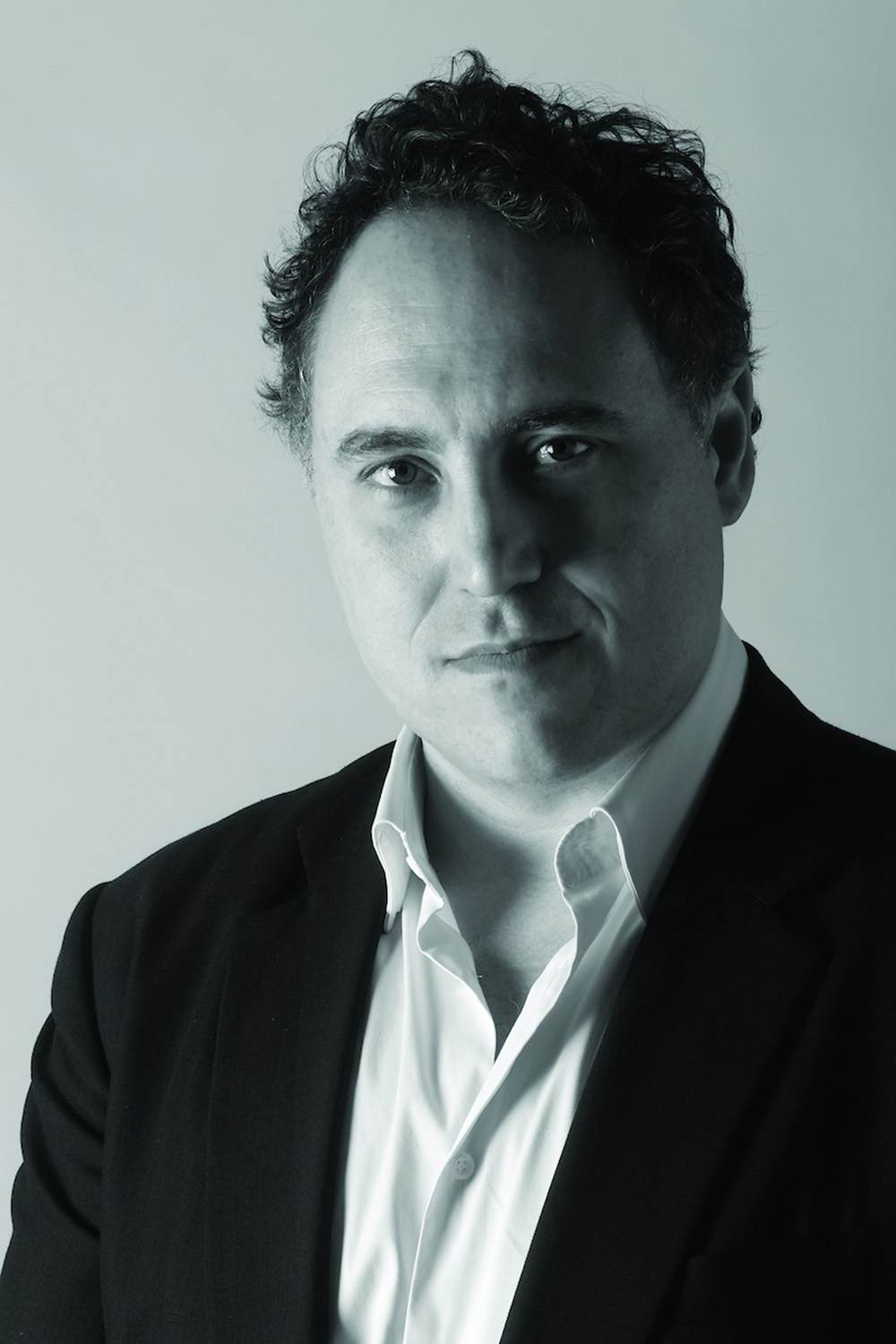 Founded in 1999 by Chad Oppenheim, Oppenheim Architecture + Design is an architecture, planning and interior design firm specializing in hospitality, commercial mixed-use, retail and residential buildings worldwide. Based in Miami with offices in New York and Basel, Switzerland, the firm creates spaces that evoke the senses, catering to both pleasure and performance. Ayla Golf Academy and Clubhouse, part of a mixed-use resort development that looks to the natural dunescapes and mountains of the surrounding desert and local architectural heritage as primary design references (Aqaba, Jordan, 2017–present). Rendering © MIR

Inspiration is drawn from vernacular styles and local resources are asserted with minimal gesture. With projects in over 25 countries, including the GLF Headquarters in Florida, the Enea Headquarters in Switzerland and the Ayla Golf Academy and Clubhouse in Jordan, the firm designs with sensitivity toward man and nature—harmonizing with the surroundings of each site. 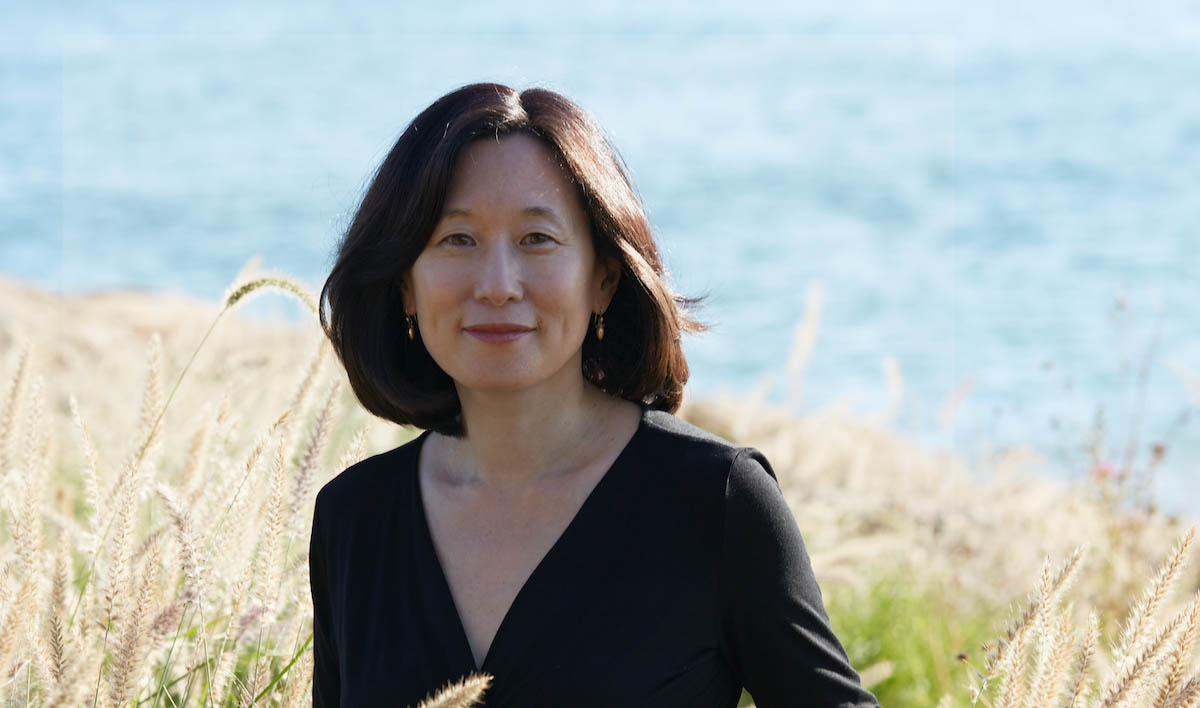 Mikyoung Kim, FASLA, is the founding principal of Mikyoung Kim Design, an international landscape architecture and urban design firm based in Boston. Over the past two decades, the firm has crafted an exceptional body of award-winning work that redefines the discipline of landscape architecture and inhabits the intersection of art and science. Its projects—from large to small—solve challenging urban resiliency issues while always considering the unique character of place making. 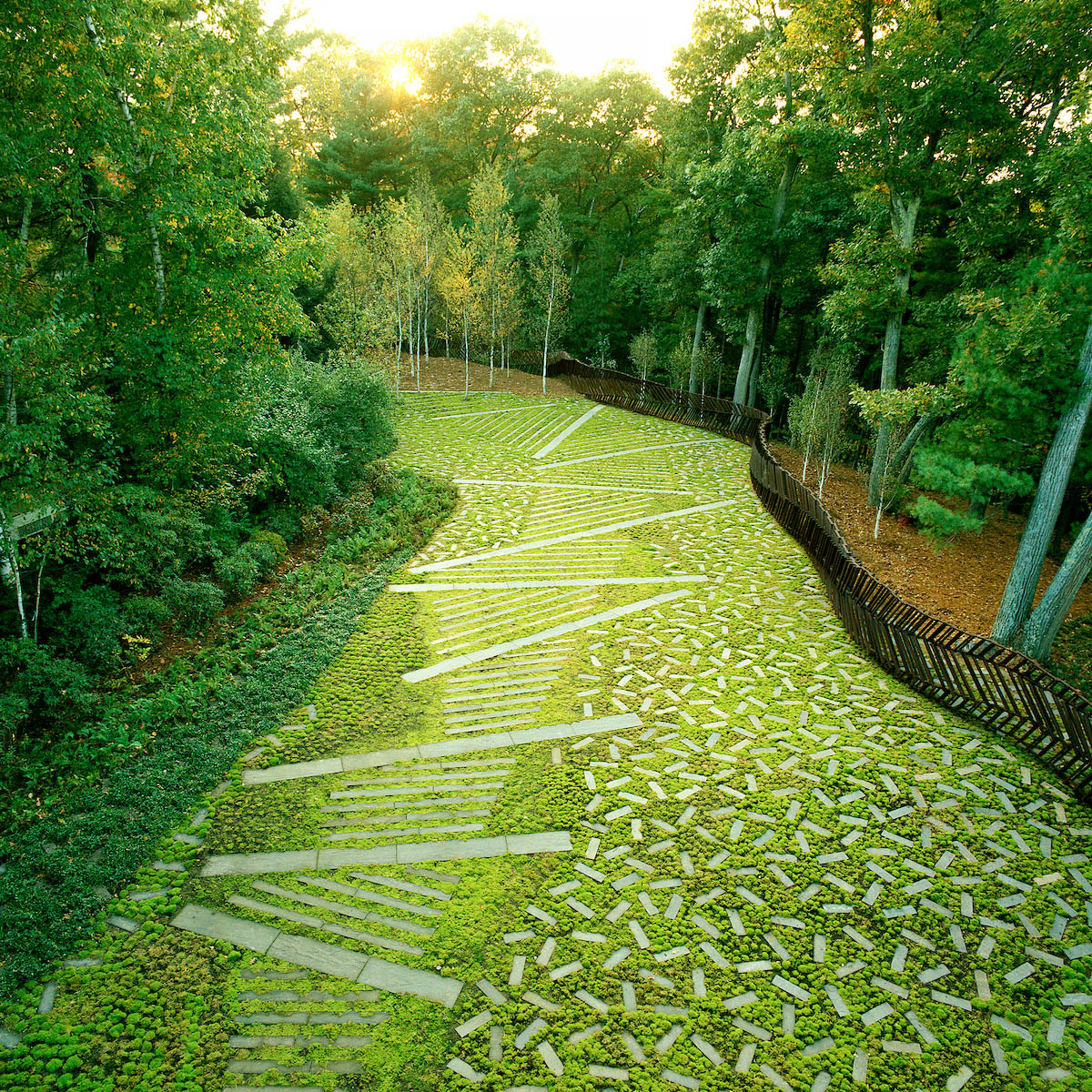 As a multi-disciplinary office, the firm’s ideas emerge through a responsive and collaborative approach that imagines possibilities across disciplines and scales. The firm’s work, including the Chongae River Restoration, Crown Sky Garden and Prudential Plaza, celebrates the transforming experience of water and light in the city. 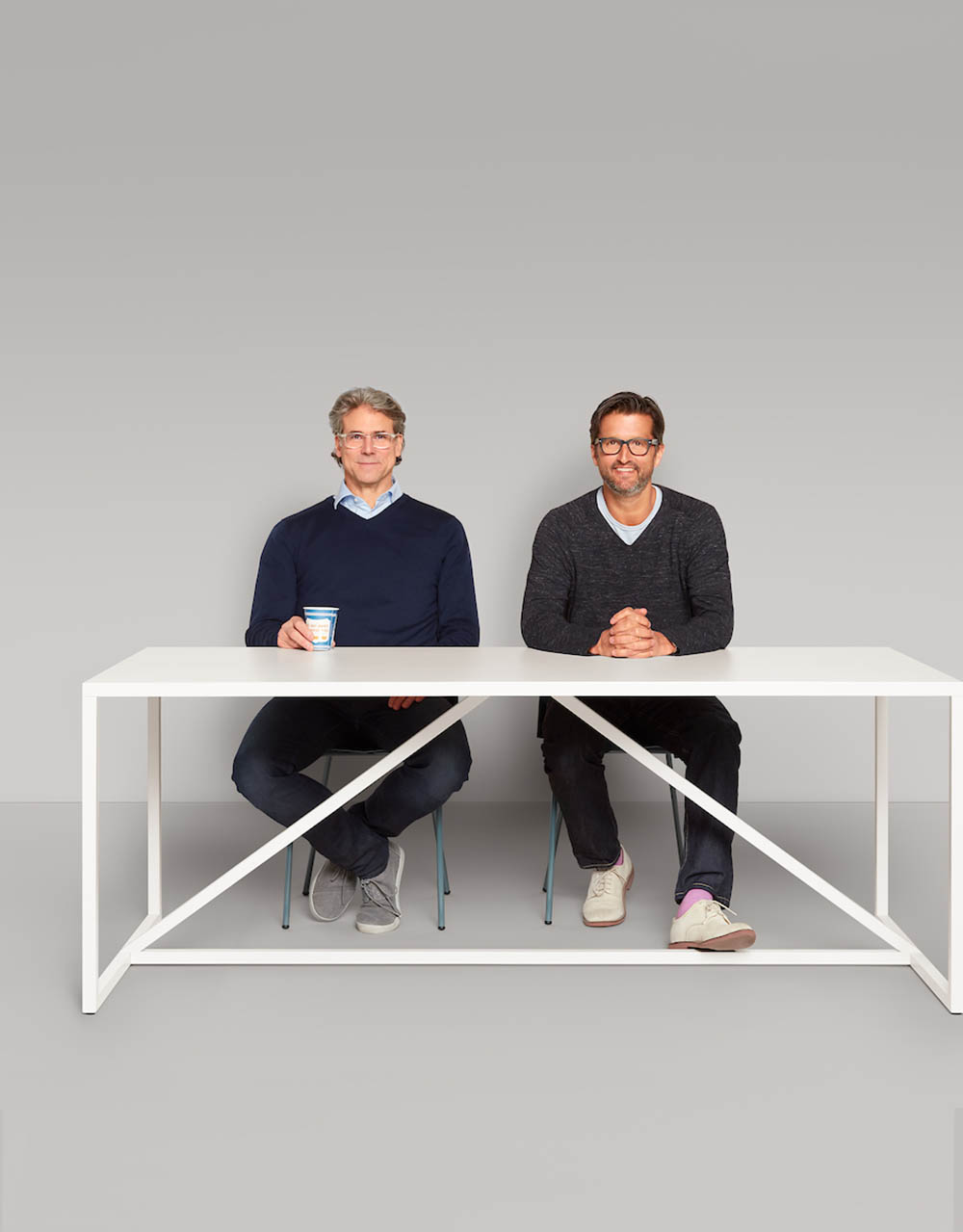 Blu Dot was founded in 1997 by college friends John Christakos, Maurice Blanks and Charlie Lazor. Based in Minneapolis, Blu Dot’s mission is to design and manufacture furniture that is useful, affordable and brings good design to as many people as possible. Christakos, Blanks and Lazor focus on pragmatic issues in an effort to arrive at forms that are both practical and beautiful. 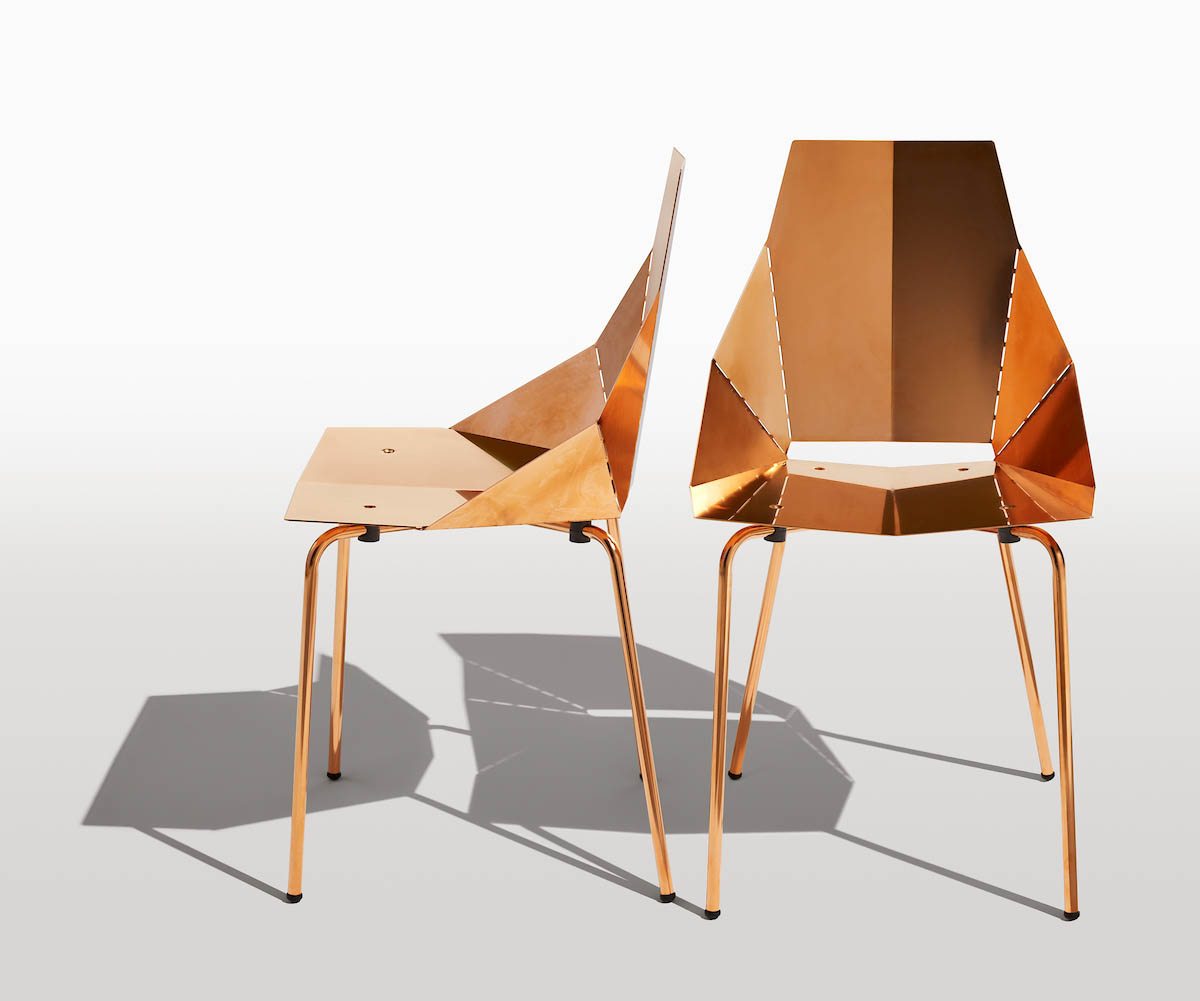 Real Good Chair, an inexpensive chair that could be easily transported on public transit, efficiently stocked, and affordably shipped all while remaining eye-catching and comfortable. The production process was simplified by removing assembly steps and flat packing to minimize transportation costs (Minneapolis, Minnesota, 2007). Image © Dan Monick

Recognized for its inventive use of materials, fabrication technology and assembly methods, Blu Dot produces furniture that is determined by an economy of means while maintaining a playful sensibility.

The award recipients will be honored at a gala dinner and ceremony Thursday, October 18, 2018 in the Arthur Ross Terrace and Garden at Cooper Hewitt.