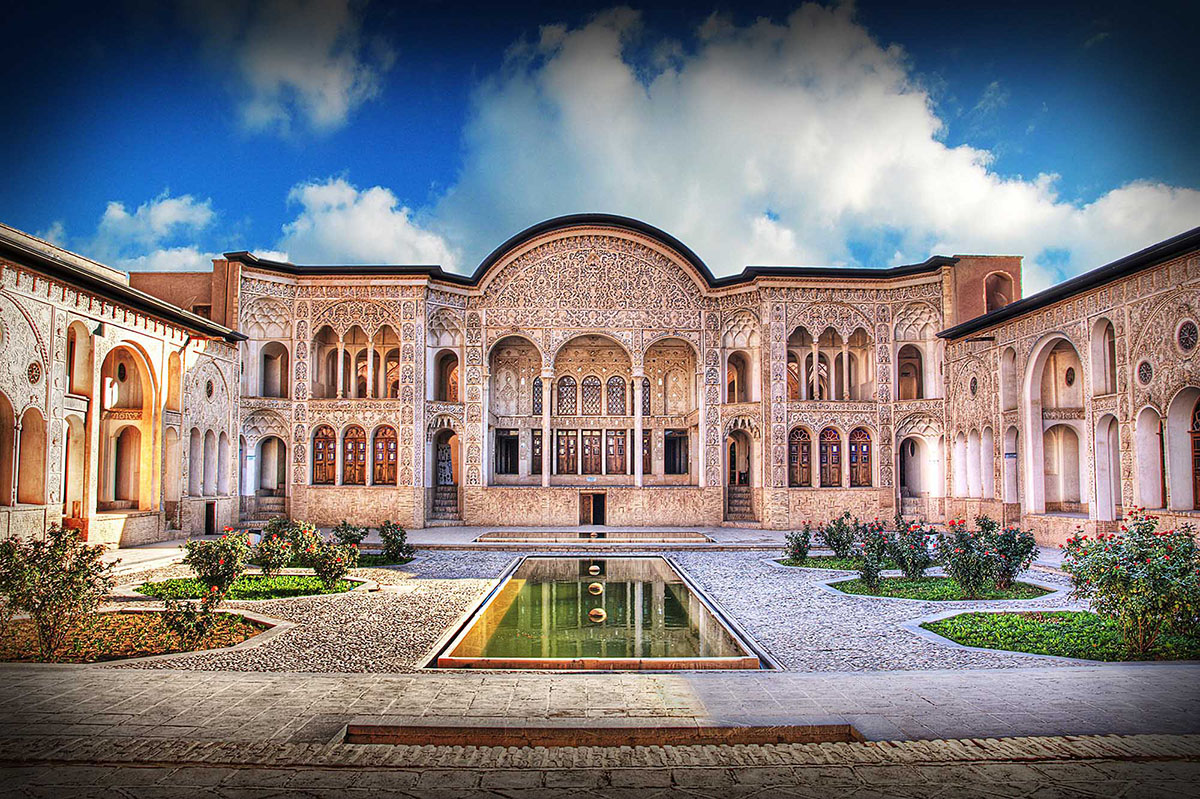 Prior to modernization in Iran, people lived in houses with courtyards; nostalgic houses for the new generation of the country. In recent years, there has been an upward trend in number of articles that defend traditional houses with an emphasize on courtyards and their atmosphere. Indeed, courtyards were and are the most important elements of any traditional house. In all cases, courtyards remained rectangular and the rest of spaces were arranged around courtyards. There were flowers, trees and water in courtyards. But scholars are focusing on the morphology of these houses. What if the people were not satisfied with their houses and widely welcomed modernism because it offered something that was missing from a traditional house! 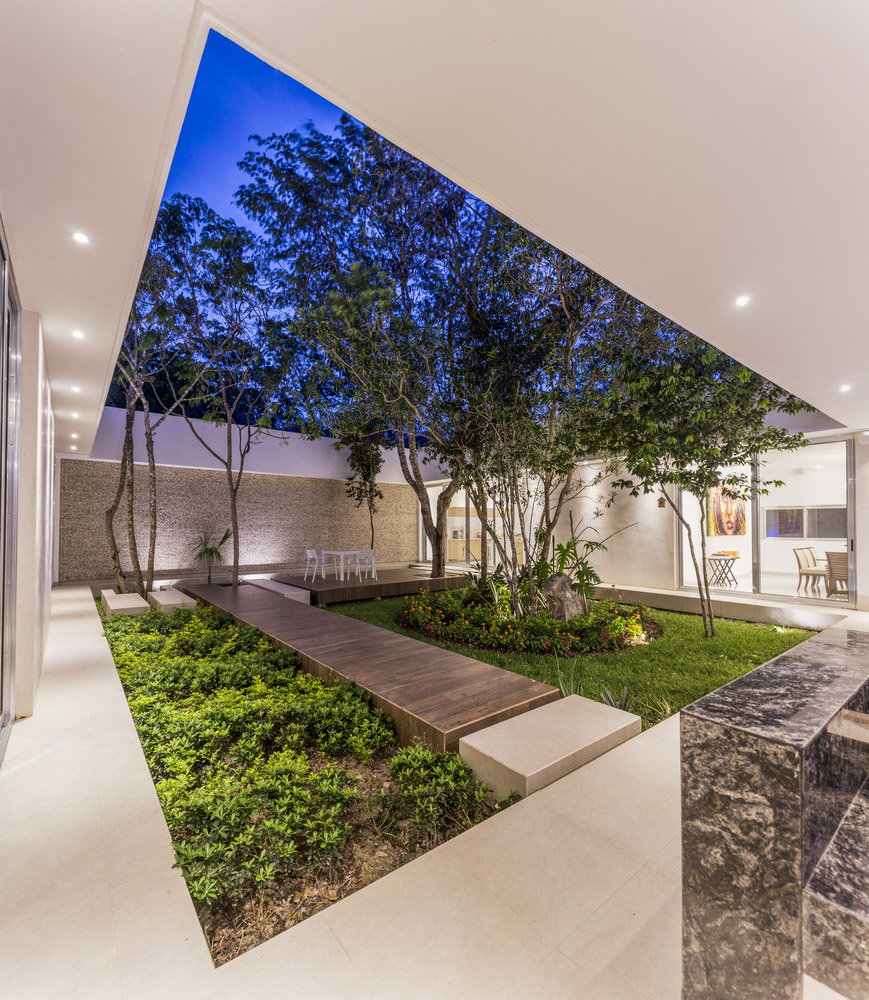 A modern house designed by AS Arquitectura in Playa del Carmen, Mexico. It resembles many features of Iranian traditional houses. Image © David Cervera

So, what was missing from these houses? To find the answer, one must be aware of the traditional lifestyle. In the traditional lifestyle of Iranians, middle class lived with their family and other relatives in a house. There were also cases that grandparents lived with their married children all in a single house. It was possible for each family to own a room with a shared kitchen and lavatory. Also, It is noteworthy that life was not easy in those days. Imagine yourself as a 10 years old child who needs to use a shared lavatory far from the main areas of the house in winter at 9 pm. On the other hand, Richer families had the opportunity to separate their children among different floors; still with a shared lavatory. Workers who could not afford to buy a house, rented rooms in the houses with a single courtyard. In other words, landlords and tenants lived together. 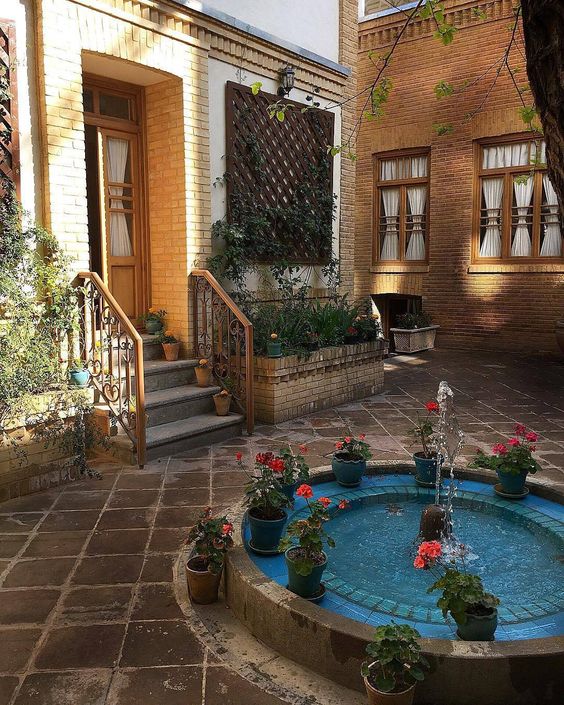 This was the housing section of a traditional society. Now imagine these families who were different in financial status, culture of using shared facilities and rooms, interests, desires, and social behaviors. Many of these different factors in families in a house contradicted each other. Simplest type of family conflicts that made families to try not to talk to each other, were caused by fights between children of different families in the same house. On the other side, families meddled with each other’s personal concerns.

These are something that you can easily hear from the older generation. When you talk to the older generation, they usually say they prefer a house with a garden to a traditional house, but why? As you may have guessed, privacy was the missing part in these houses. The modernism in architecture, offered privacy and ease of accessibility to different areas in a house. Despite of the fact that World War II helped the modernism and its practicing architects to implement their ideas and projects in Europe, Iran was not involved in any war or internal affairs and thereby, there wasn’t an urgent need for housing. 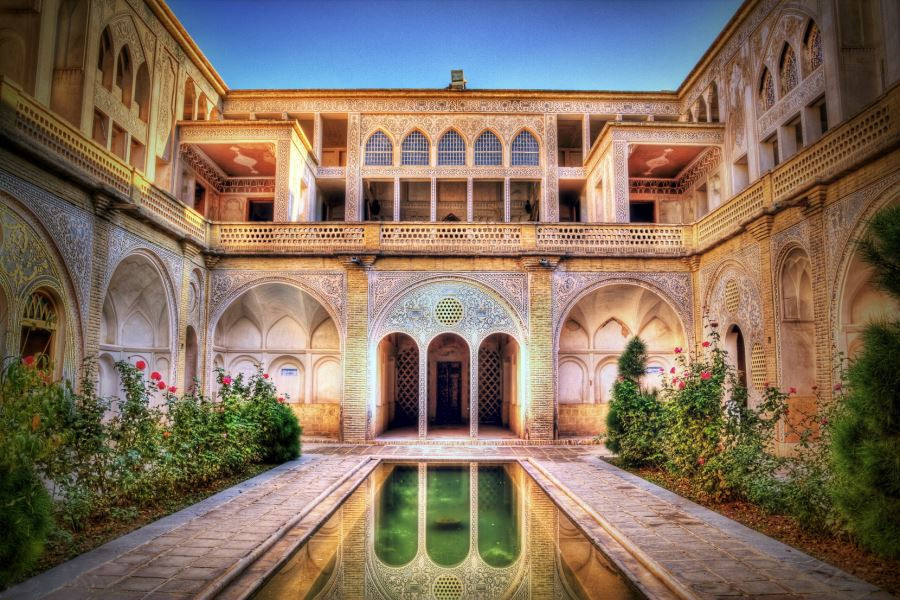 There are 5 courtyards, 5 floors in Abbasi's House in Kashan and its area is about 5000 sqm. The house belonged to an international Iranian merchant. Image courtesy of Karnival

If this view on traditional lifestyle is wrong, then why did the society widely welcomed the modernism? From 30s to 70s, the population of Iran was doubled but people were able to afford lots and build their own houses. This was why many single family houses and villas were built across the country in that period while traditional houses were also affordable. When you ask older generation that were they houses better or a current modern house with its own garden, the answer is the latter in most cases. 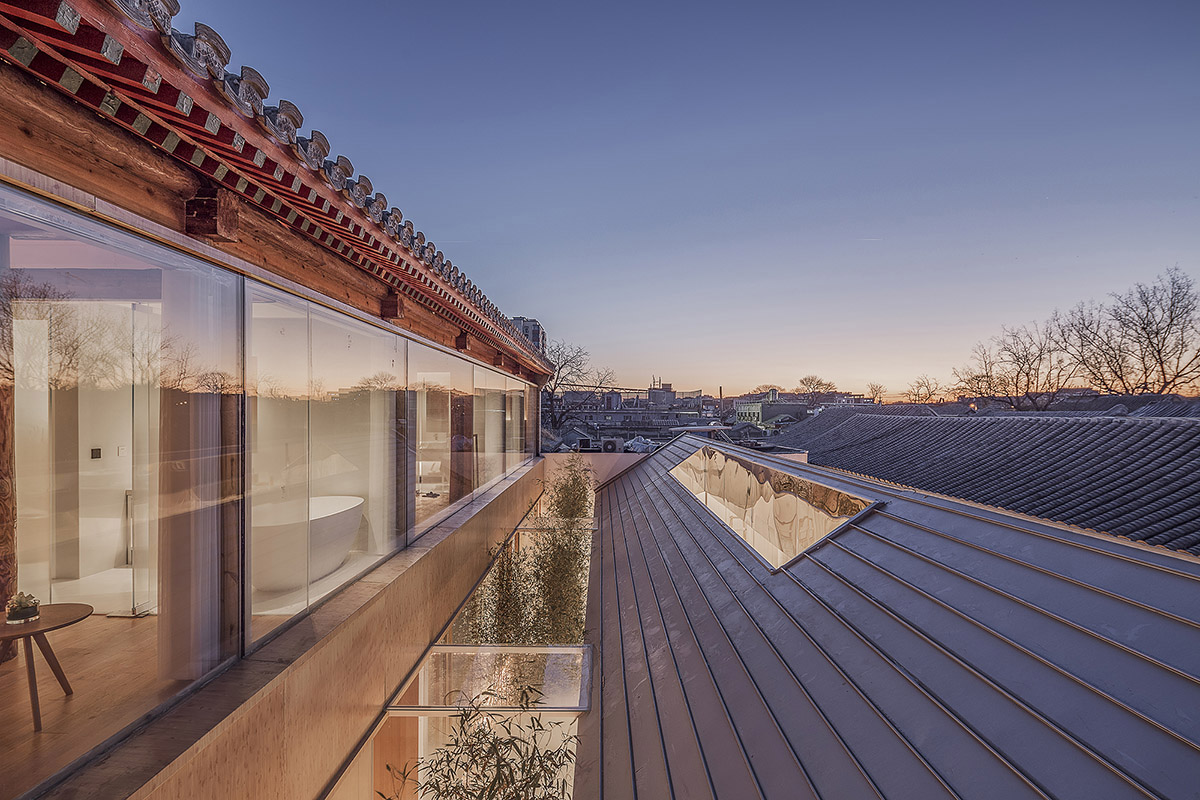 Some practicing architects and scholars are constantly referring to traditional architecture as a utopia while our ancestors have changed them for some reason from 30s to 70s. More specifically, the privacy was missing from these traditional houses. Most of architects are accused of superficial imitation of the modernism in west while they were more successful in understanding the true spirit of modernism and implementing it based on the essence of an Iranian house. Maybe, modern architects and scholars should rather focus on the atmosphere which these traditional houses offered rather than their morphology and try to understand the true essence of an Iranian house.

Take a virtual tour to a traditional Iranian house here.