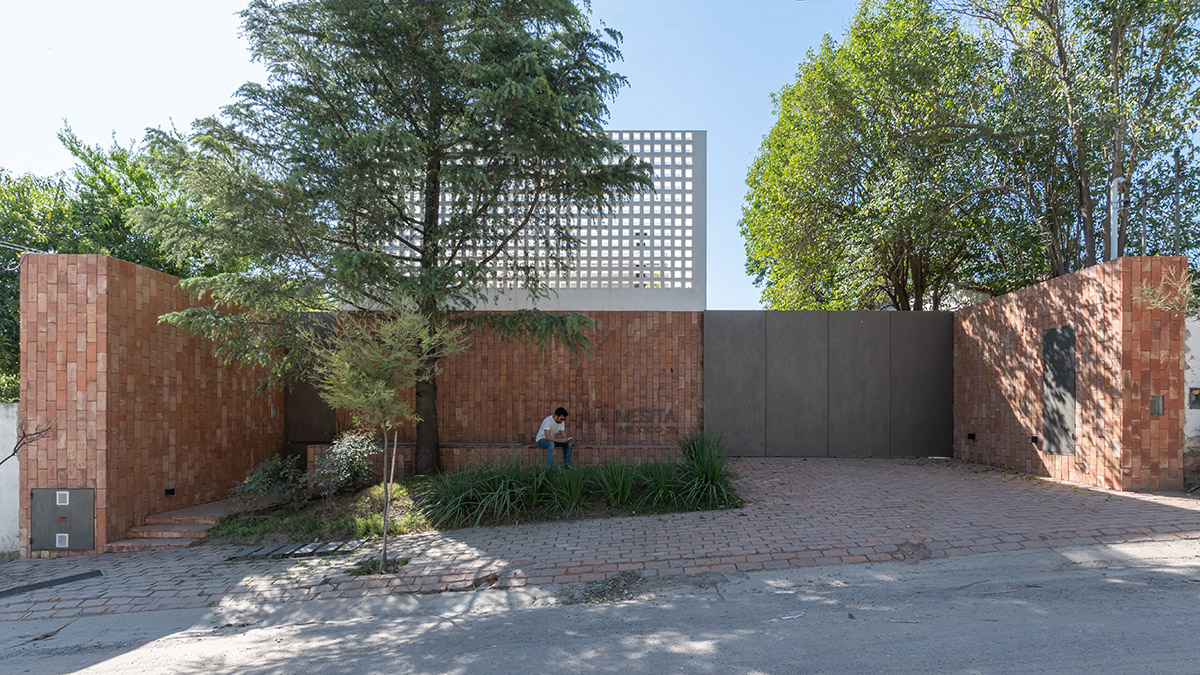 La Inesita housing is a 550-square-metre building, formed by 6 homes, arranged over an 800-square-metre lot, located in a residential neighborhood of Villa Allende City, Cordoba, Argentina.

The city has suffered a densification process which has worried a sector of the population, who sees this development as a threat to the single-family household residences of some neighborhoods and, consequently to the way these were perceived and experienced a few years ago, endangering its identity as a city-town. 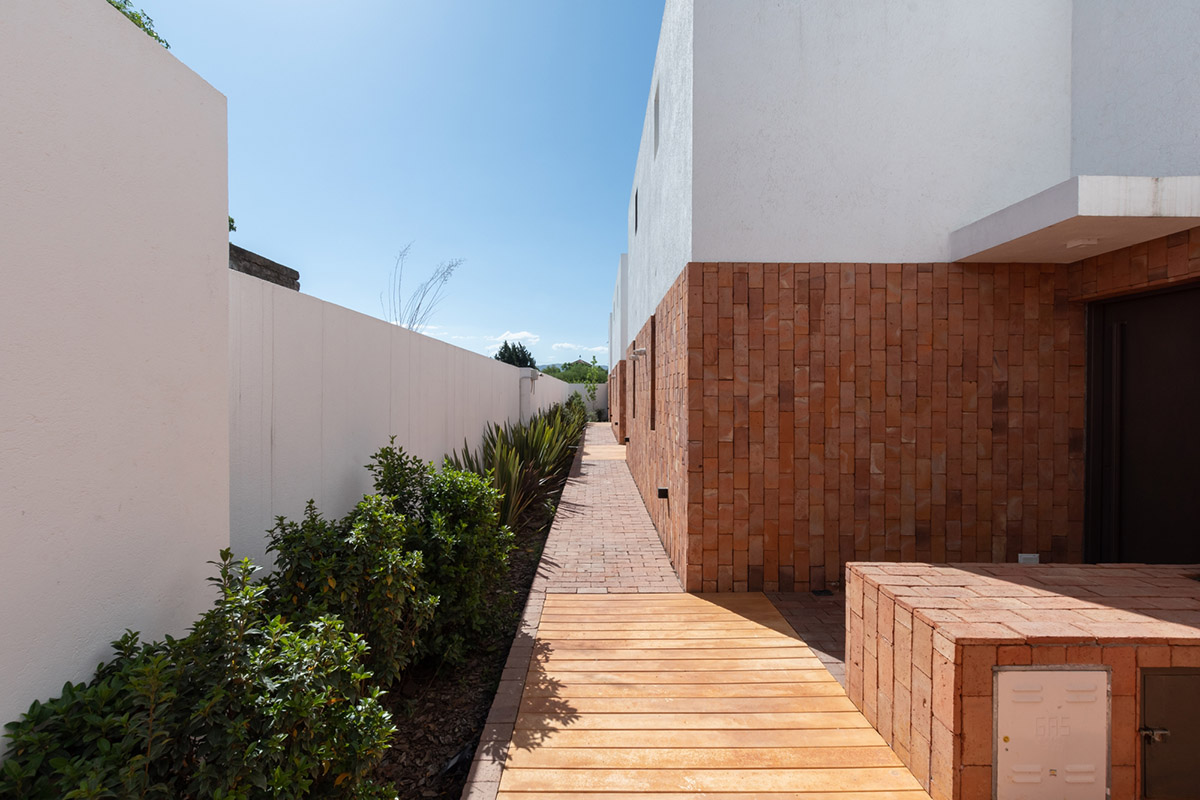 Added to this phenomenon, there is a lack of urban planning that takes into account the need of urban spaces and equipment; this, to the studio's understanding, has contributed to the loss of the small town character, excluding the encounters between neighbors and reducing public spaces to streets and sidewalks, these last ones lacking in many cases. 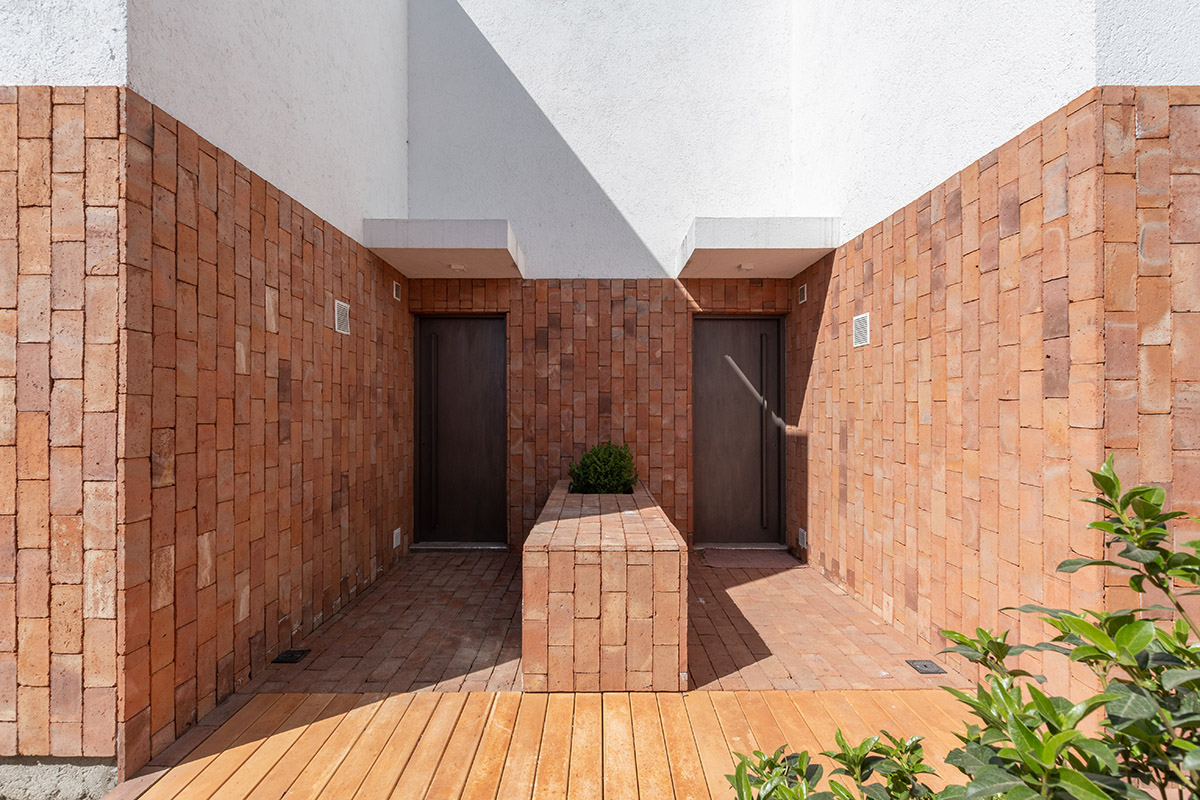 Based on this, the architects understand that intervention should begin, on one hand, by resolving the impact that greater densification in the area could generate, and on the other, by proposing solutions to the lack of urban spaces and equipment.

In consequence, with this analysis, the removal of the standard front face is conceded to public space generating a sidewalk extension with a bench that runs all along the façade.

This way it proposes a connection between both public and private spaces so as to function as an “urban buffer” that fosters social encounters. 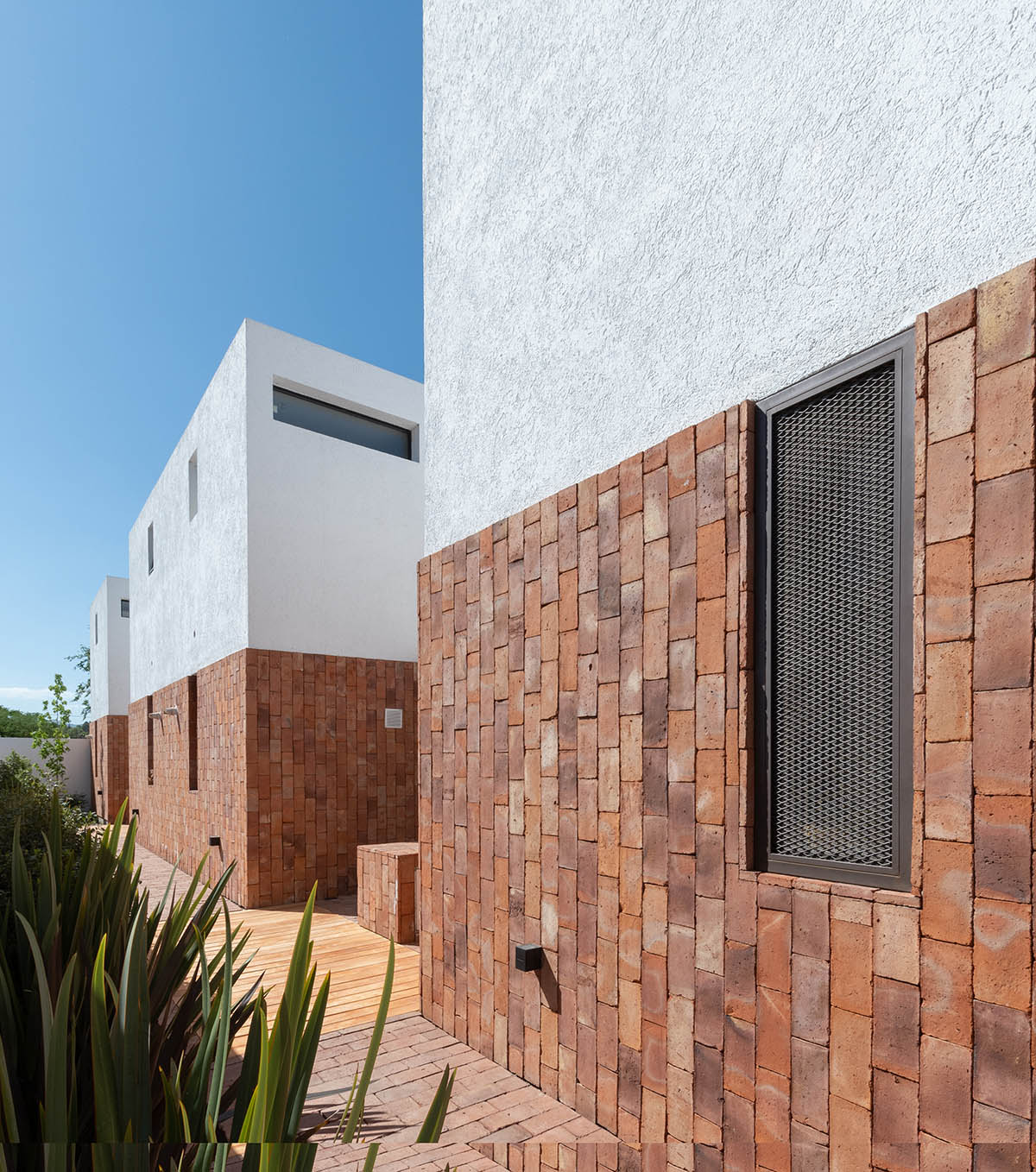 Concerning the treatment of the relationship with the surroundings, we work with a sequence of high basal walls which work as veils, hiding the nature of the objet to the observer.

This ruse allows an illusory effect that demands from the experimenter to use the fourth dimension (time) to travel through it and to reveal the mystery of its nature. 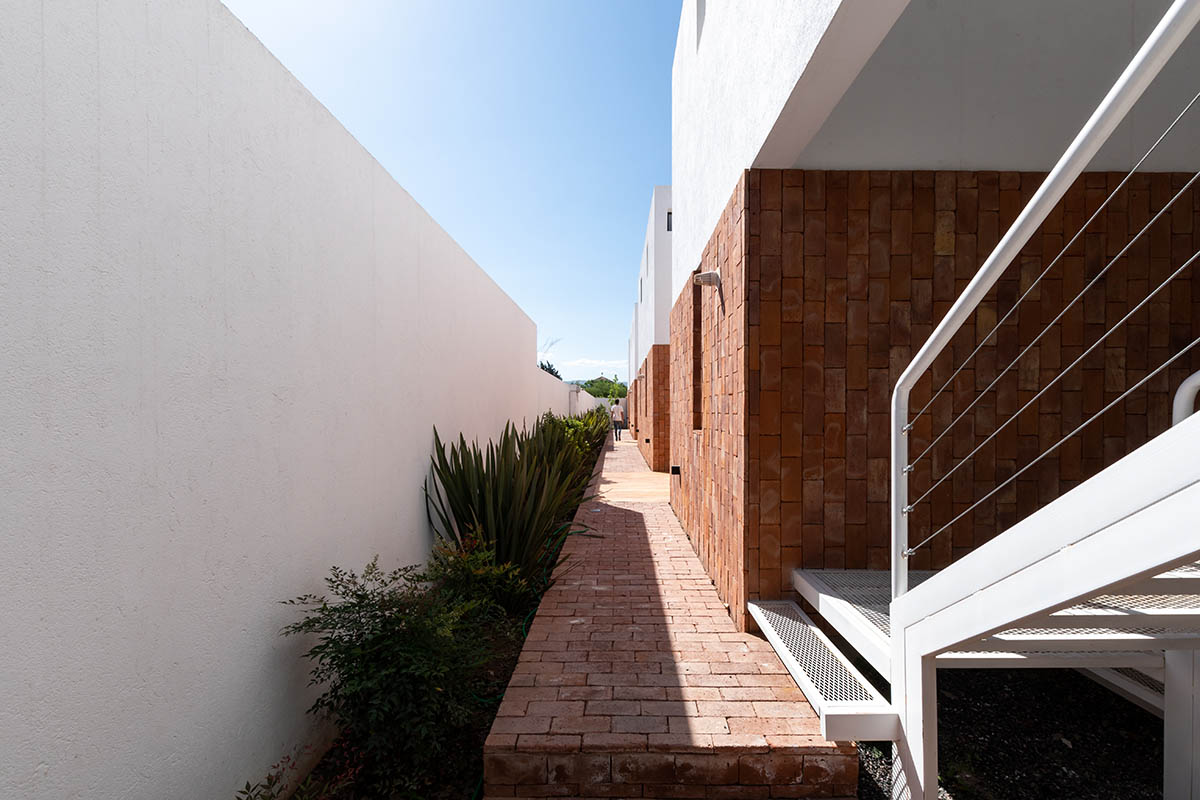 Over this 2.50 m tall brick base that occupies the total buildable length of the lot, the second floor materializes. Plastered and painted in white and finished in a permeable skin constituting the façade of this second level. 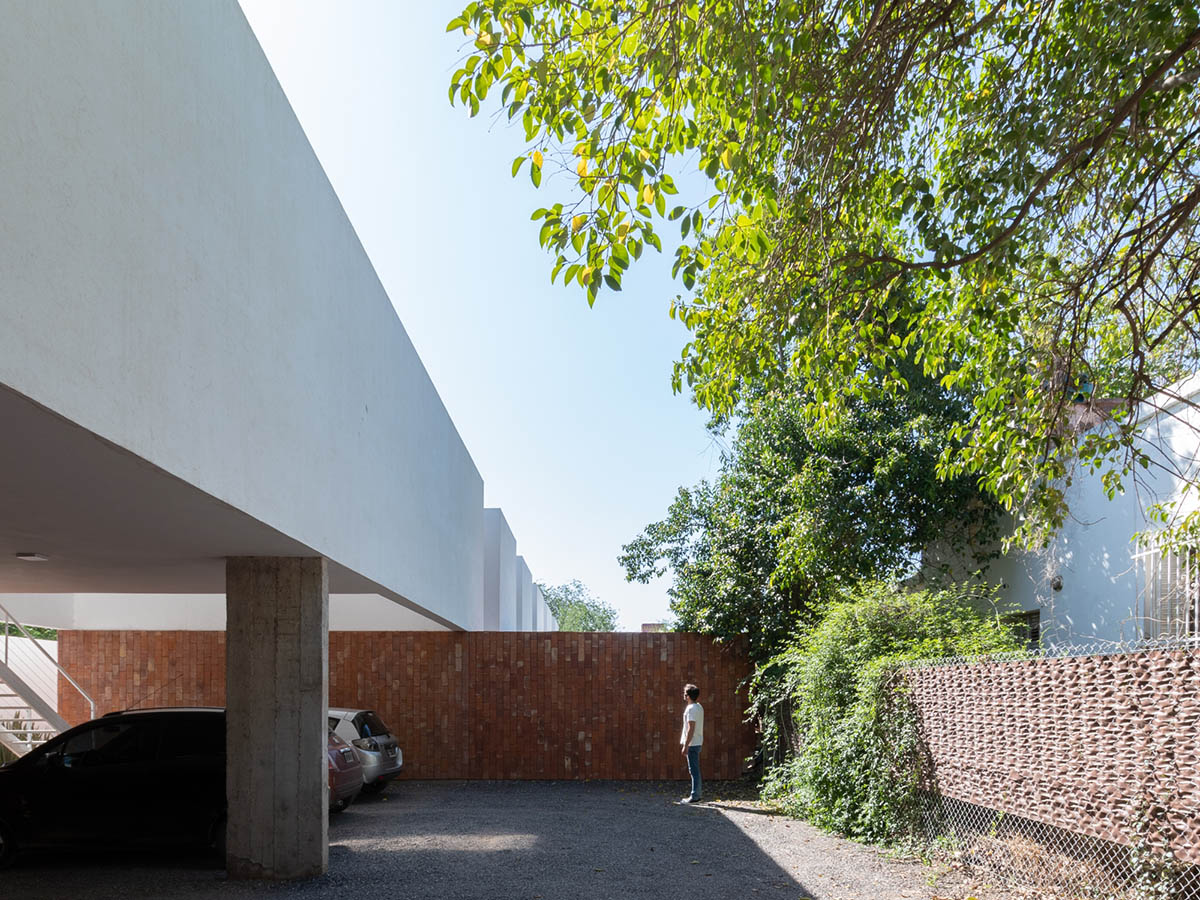 It allows sunlight to illuminate it from behind revealing, towards the street, the presence of emptiness. This emptiness is contained within high walls giving to this space an atmosphere that emancipates itself from its immediate surrounding, turning this terrace into a meeting place for its inhabitants. This functional outline is simple and clear. The building utilizes the left side to generate the pedestrian circulation that alows to enter the ground floor of each functional unit and it opens completely to the east where the row of backyards is located.

Vehicles enter from the opposite side of the walking area and park under the common use expansion. 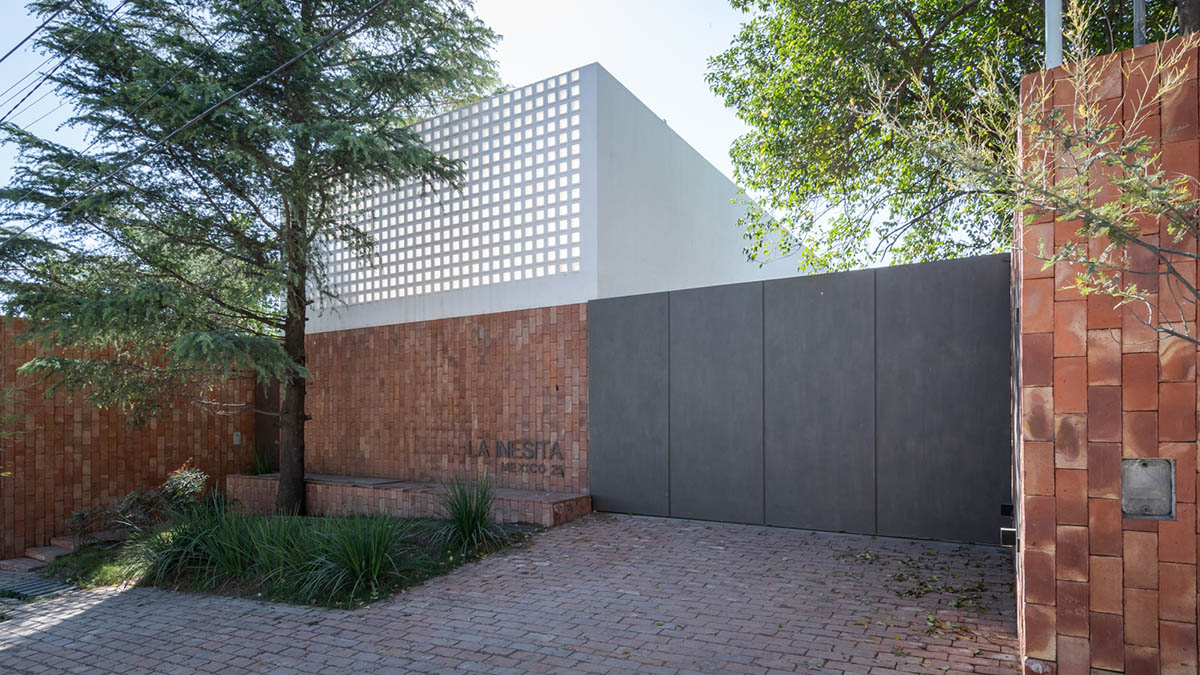 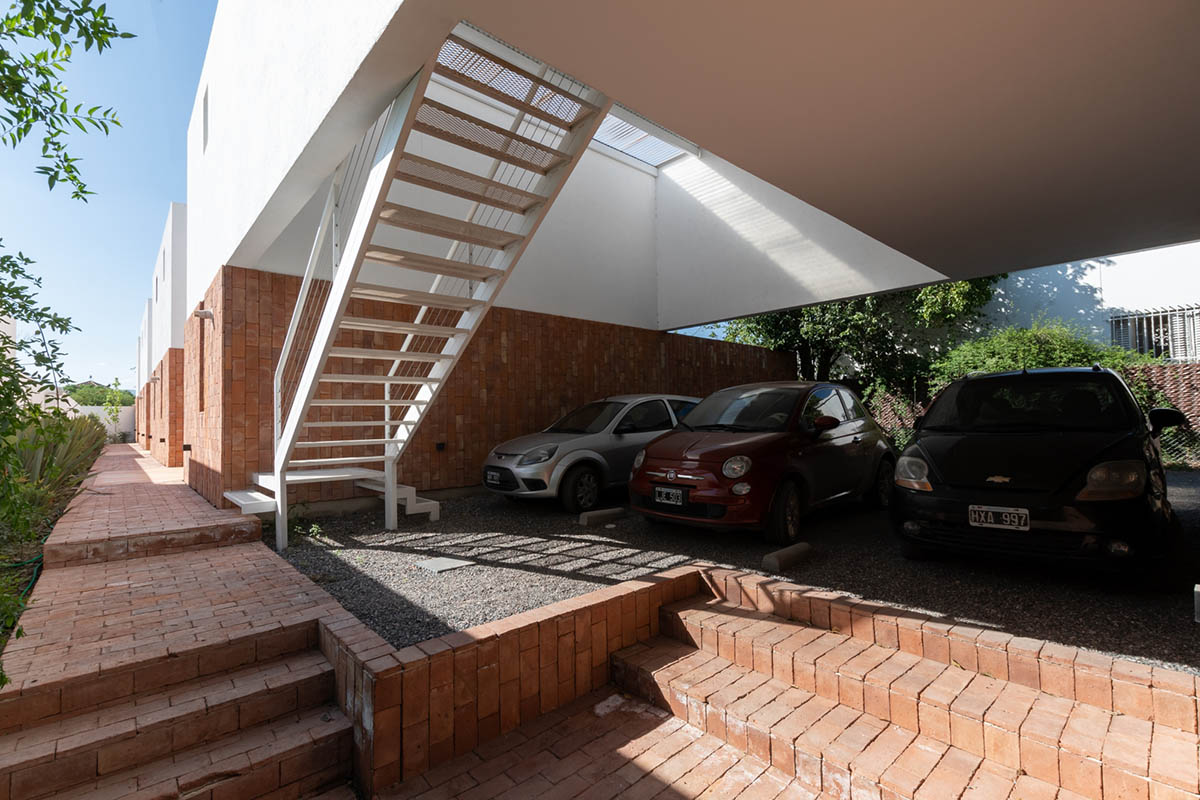 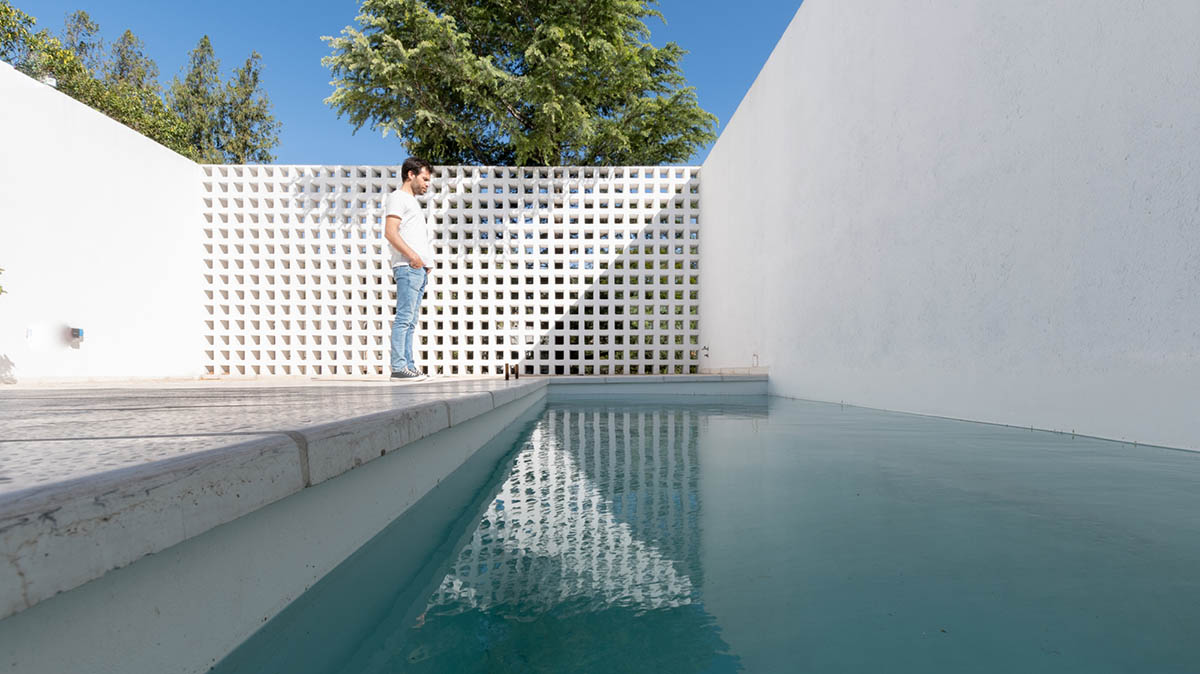 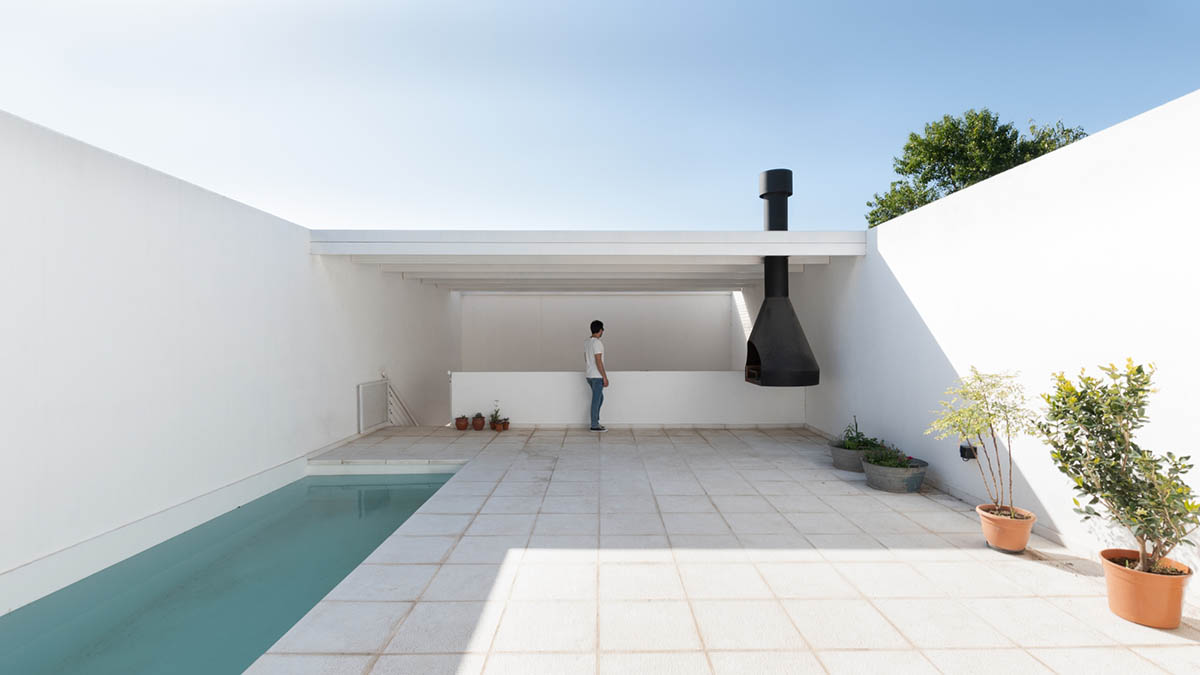 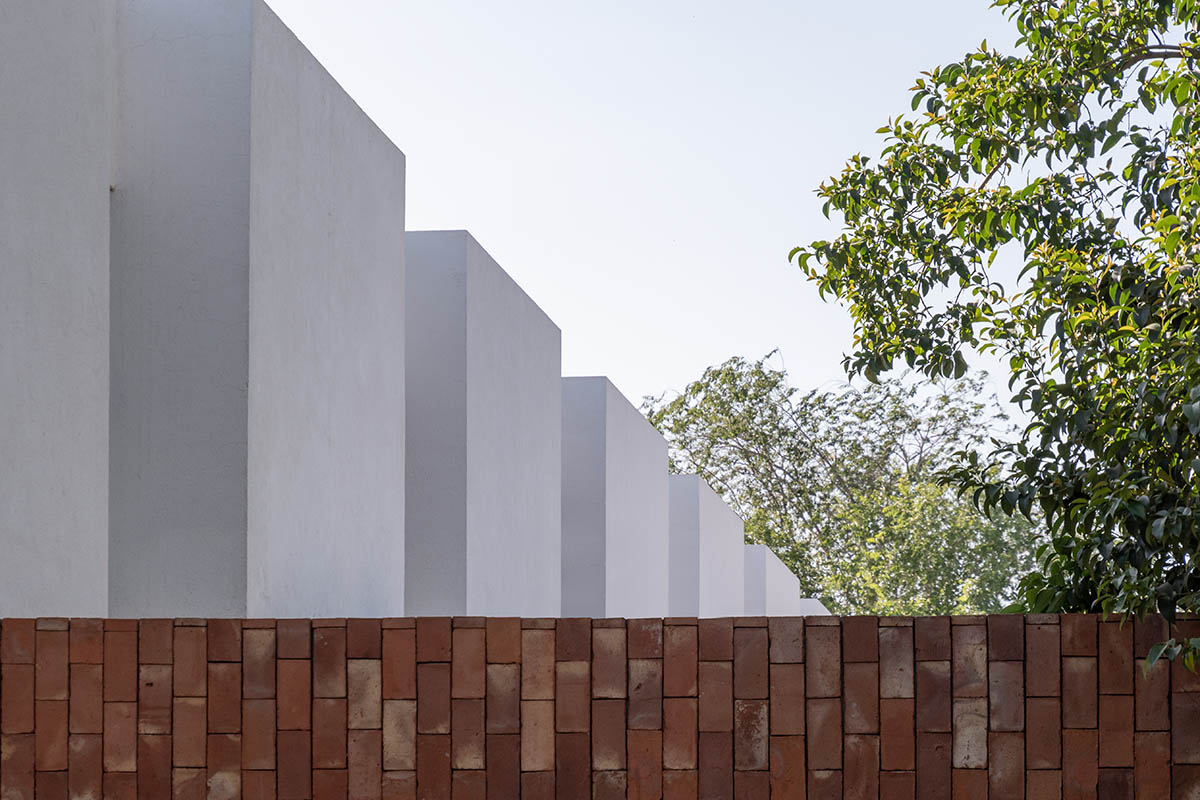 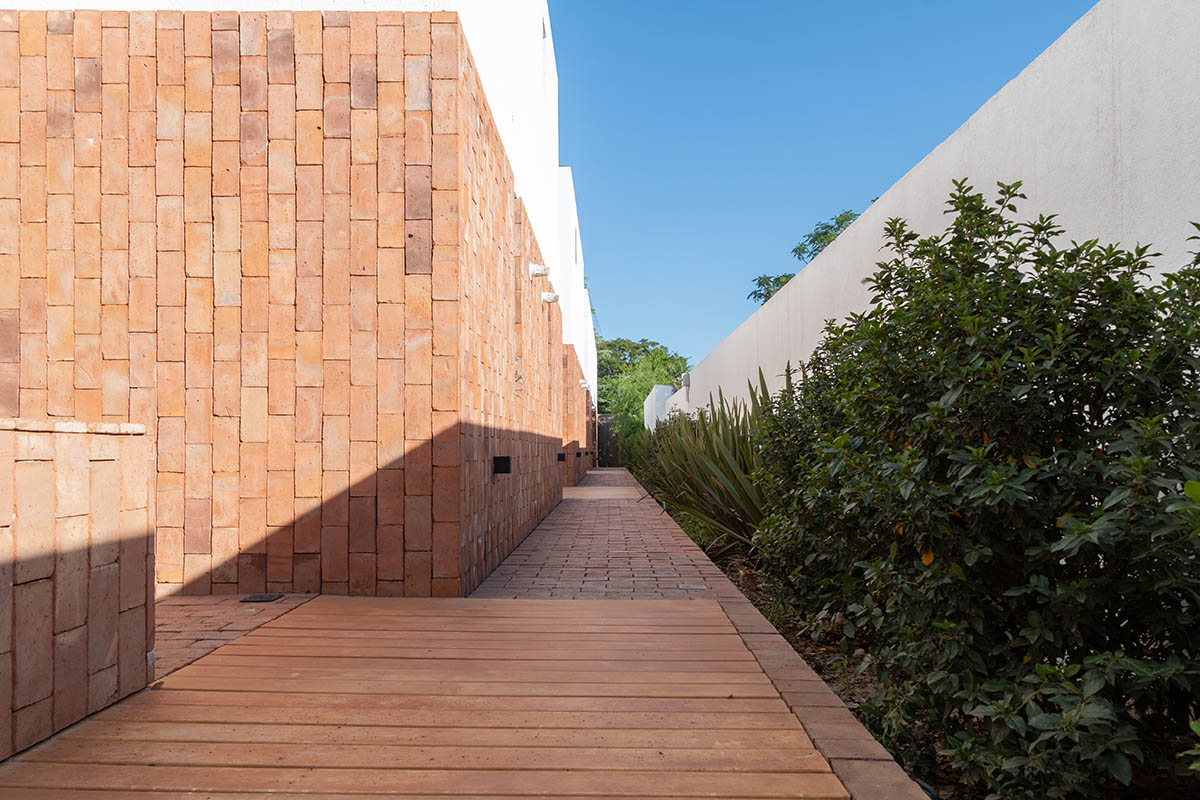 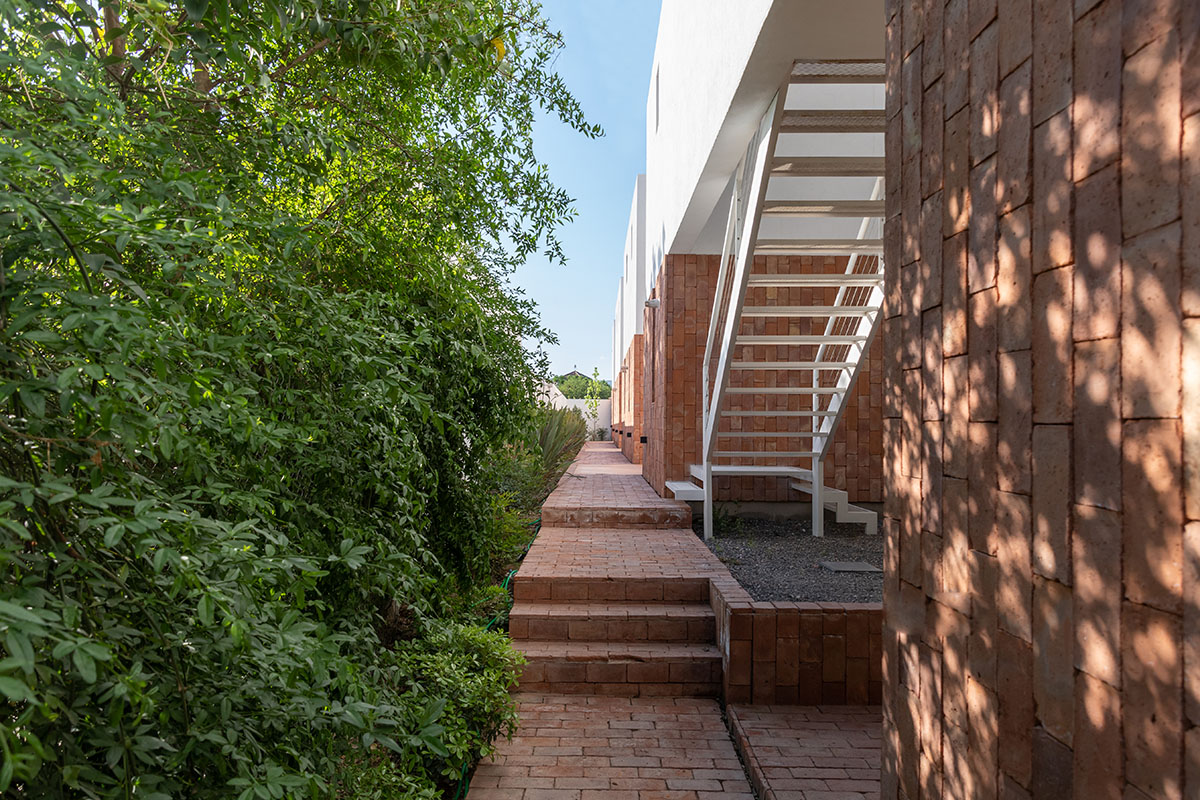 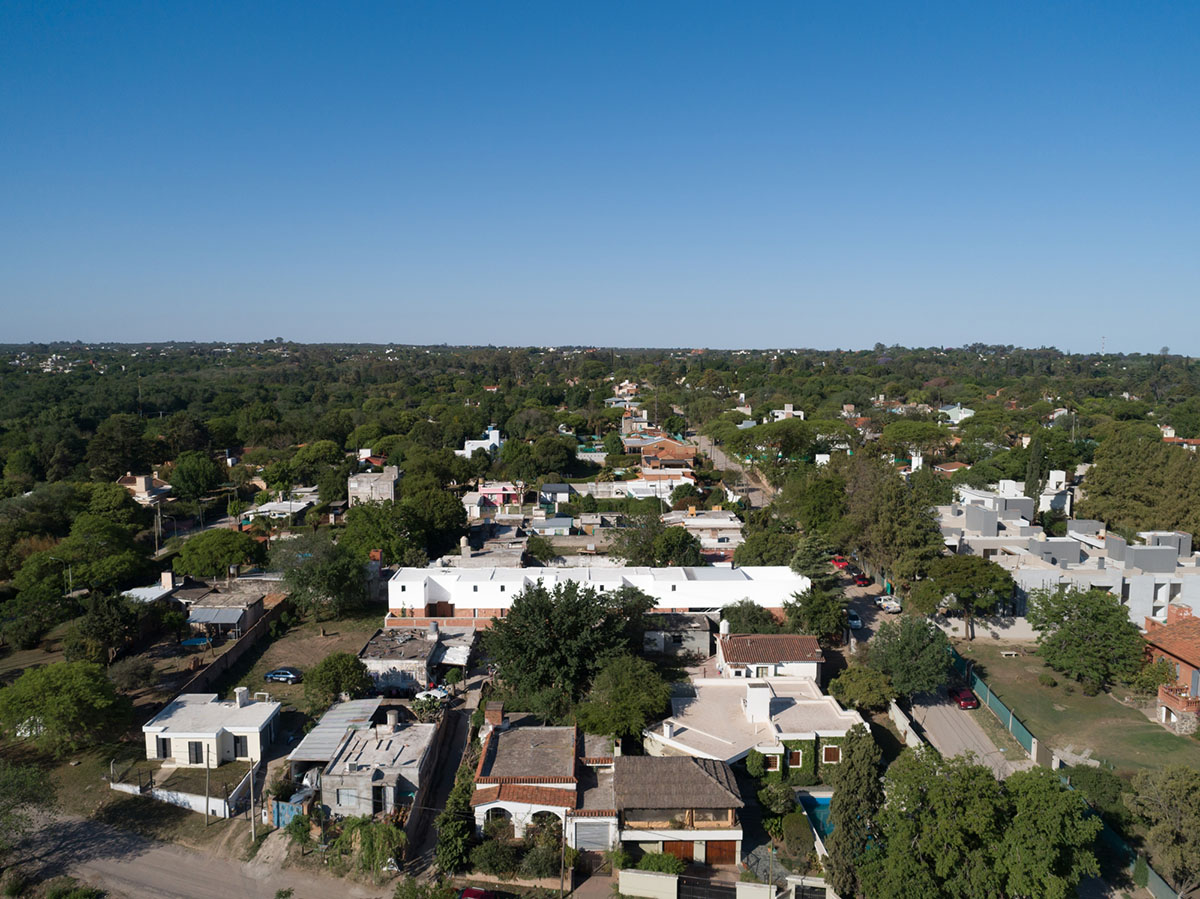 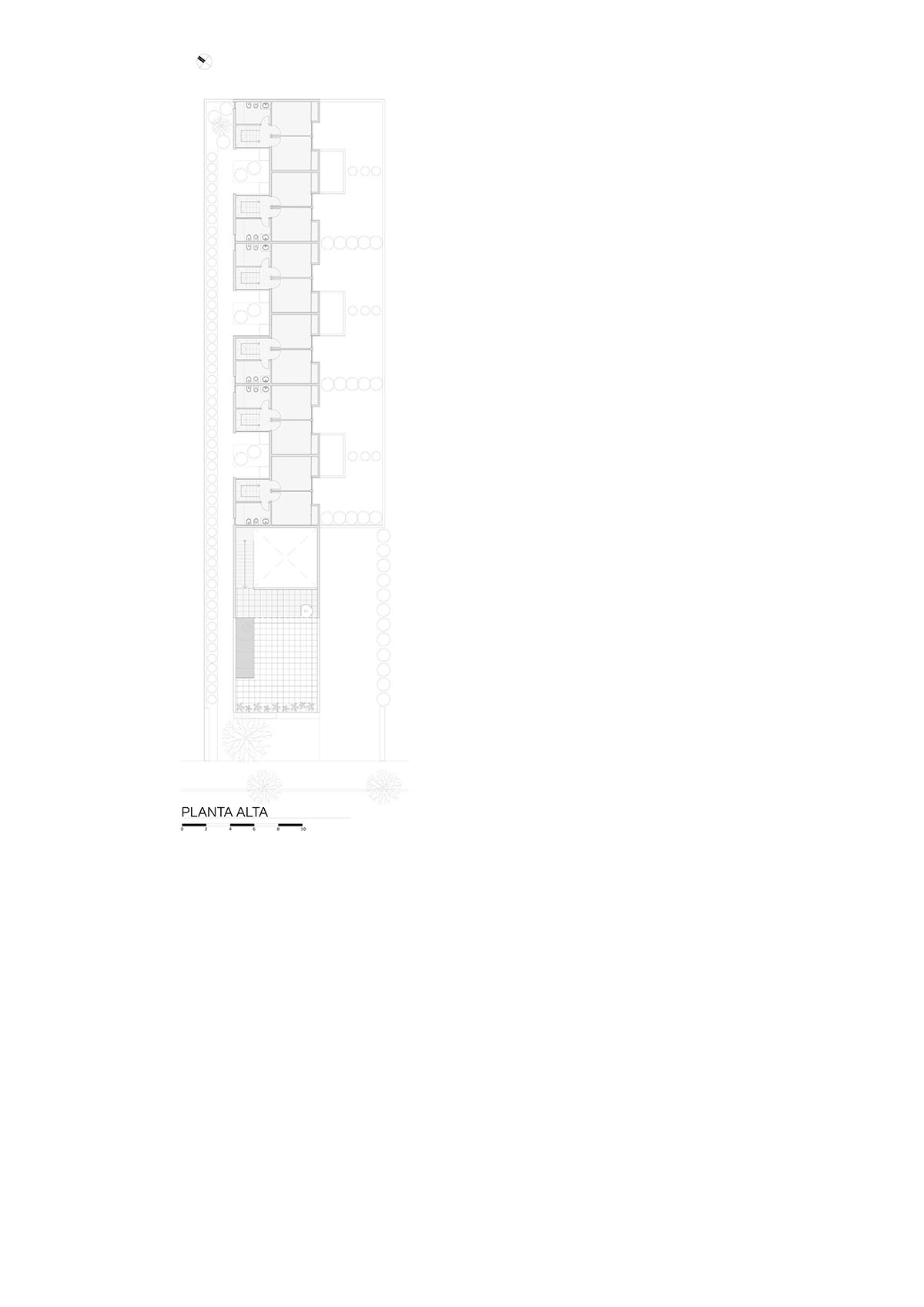 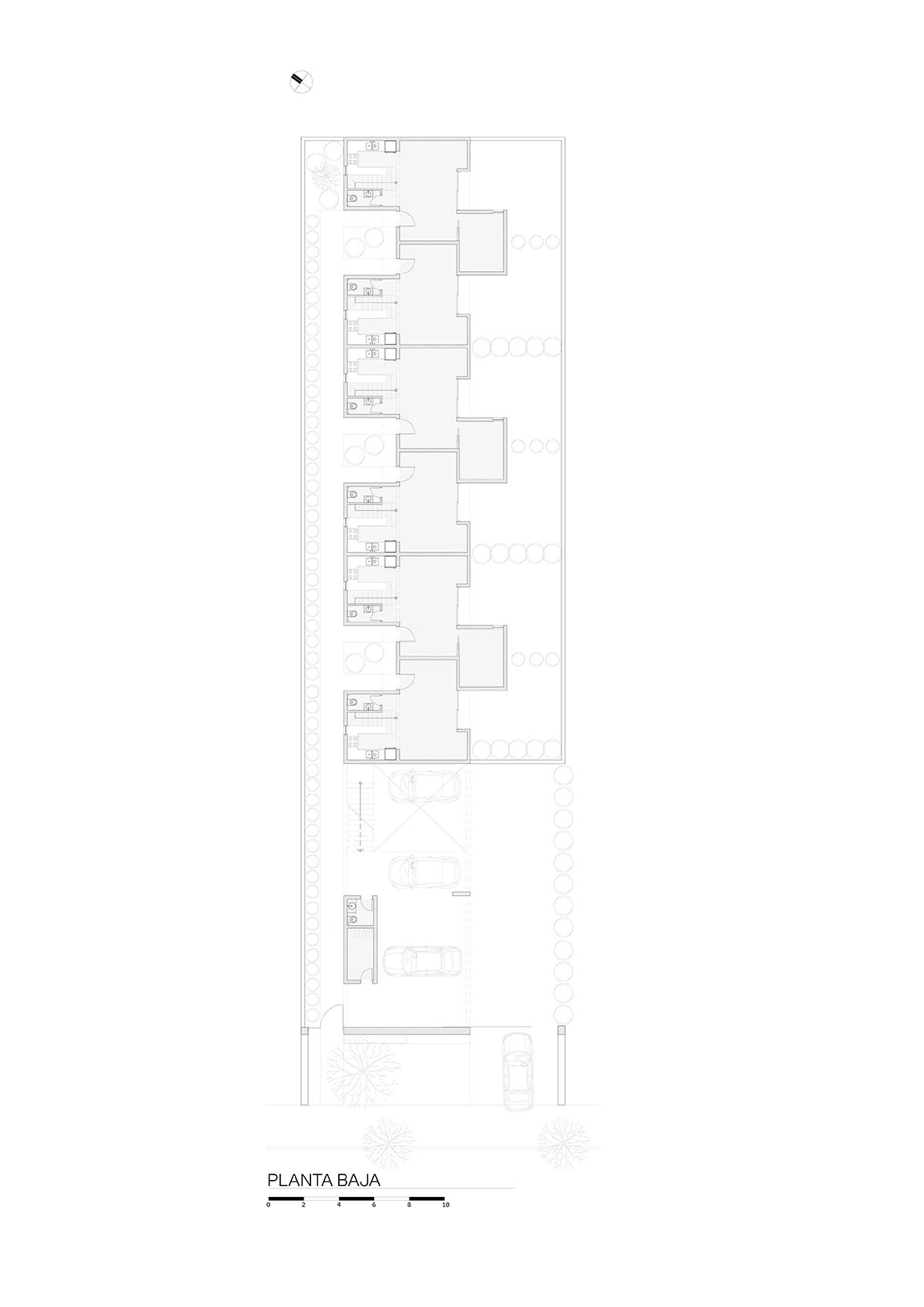 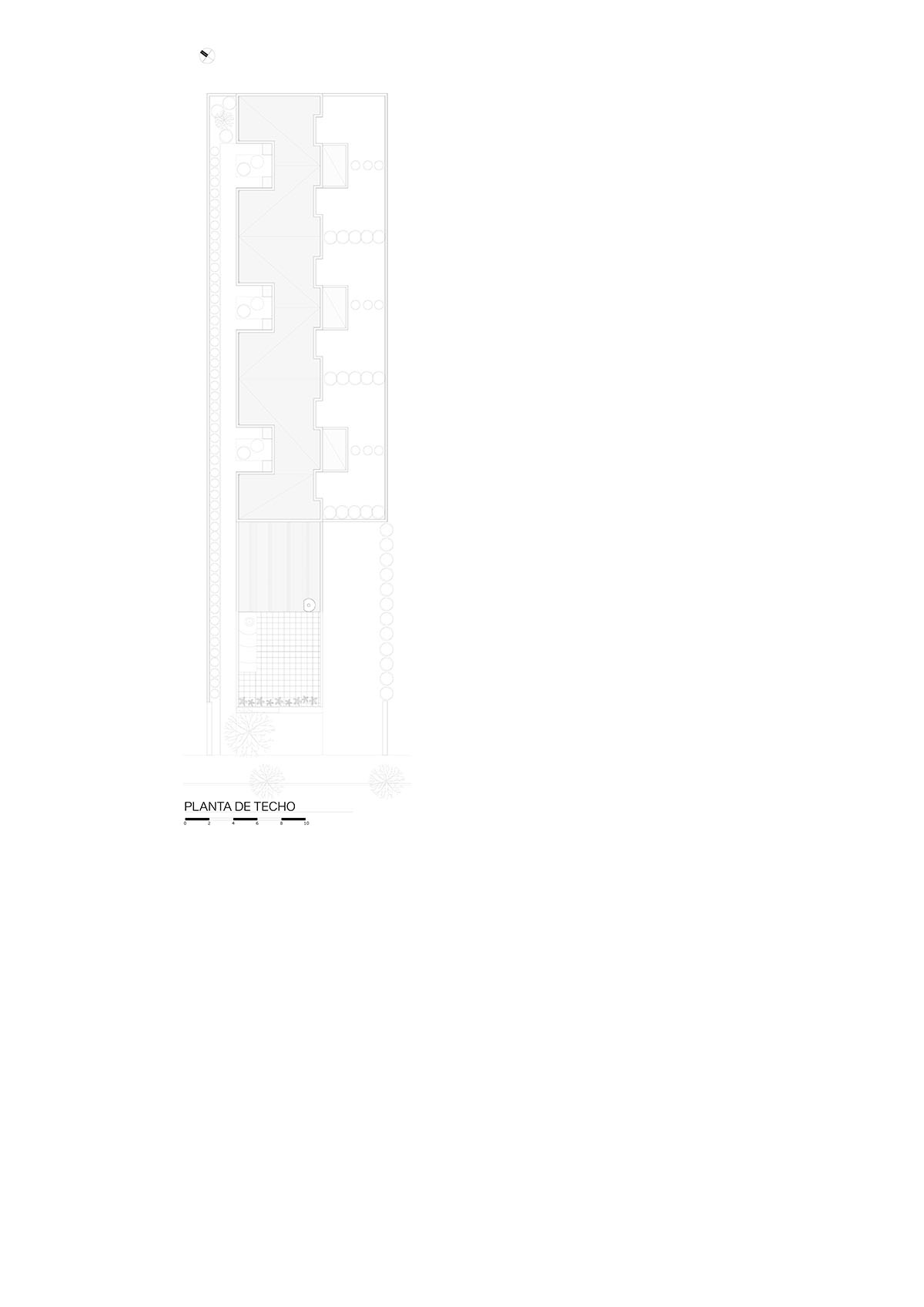 Name of the Project: La Inesita