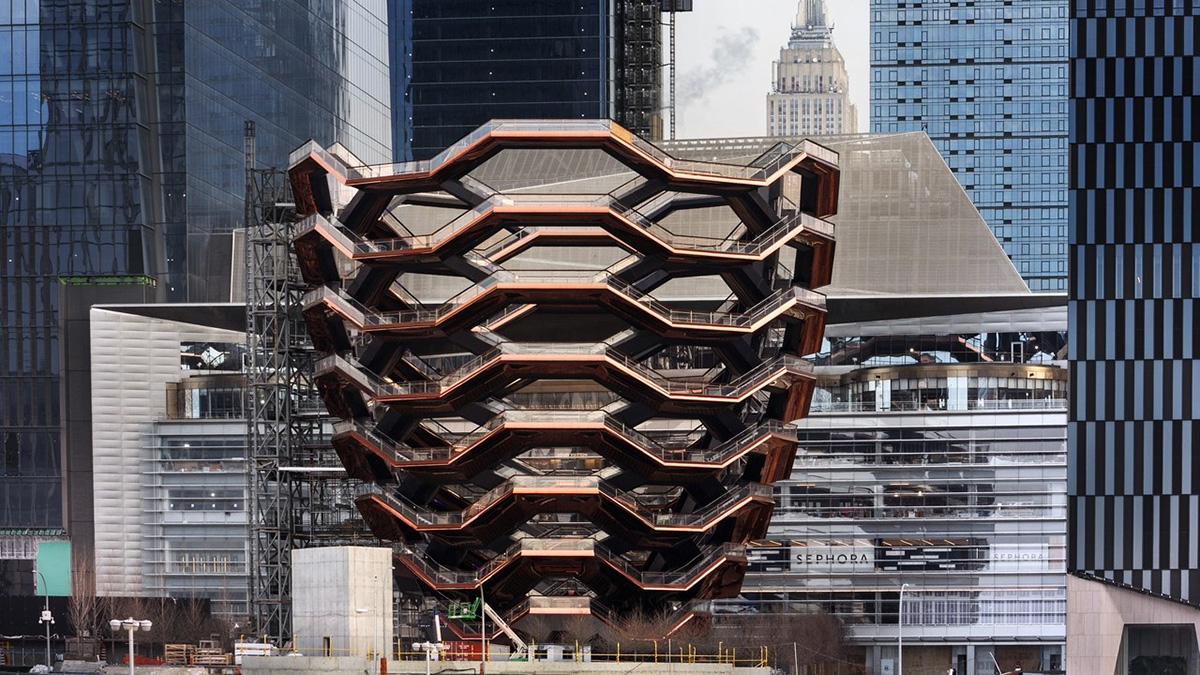 Heatherwick Studio's 150-foot (46 meters) structure, The Vessel, on New York’s Hudson Yards has been temporarily closed after a 21-year-old man reportedly jumped from the structure.

The New York Times reported that on Monday morning, January 11, a 21-year-old man named Franklin Washington jumped from the Vessel, it was the third death by suicide since the Vessel's opening in 2019.

After this tragic news, a spokesman for Related Companies, who is the developer of Hudson Yards, told the New York Times that the Vessel was temporarily closed and it was not clear that when the structure would reopen.

The company said that they will consult with suicide-prevention experts and psychiatrists to prevent potential suicides. Those precautions will also include strategic decisions before the structure reopens to visitors. 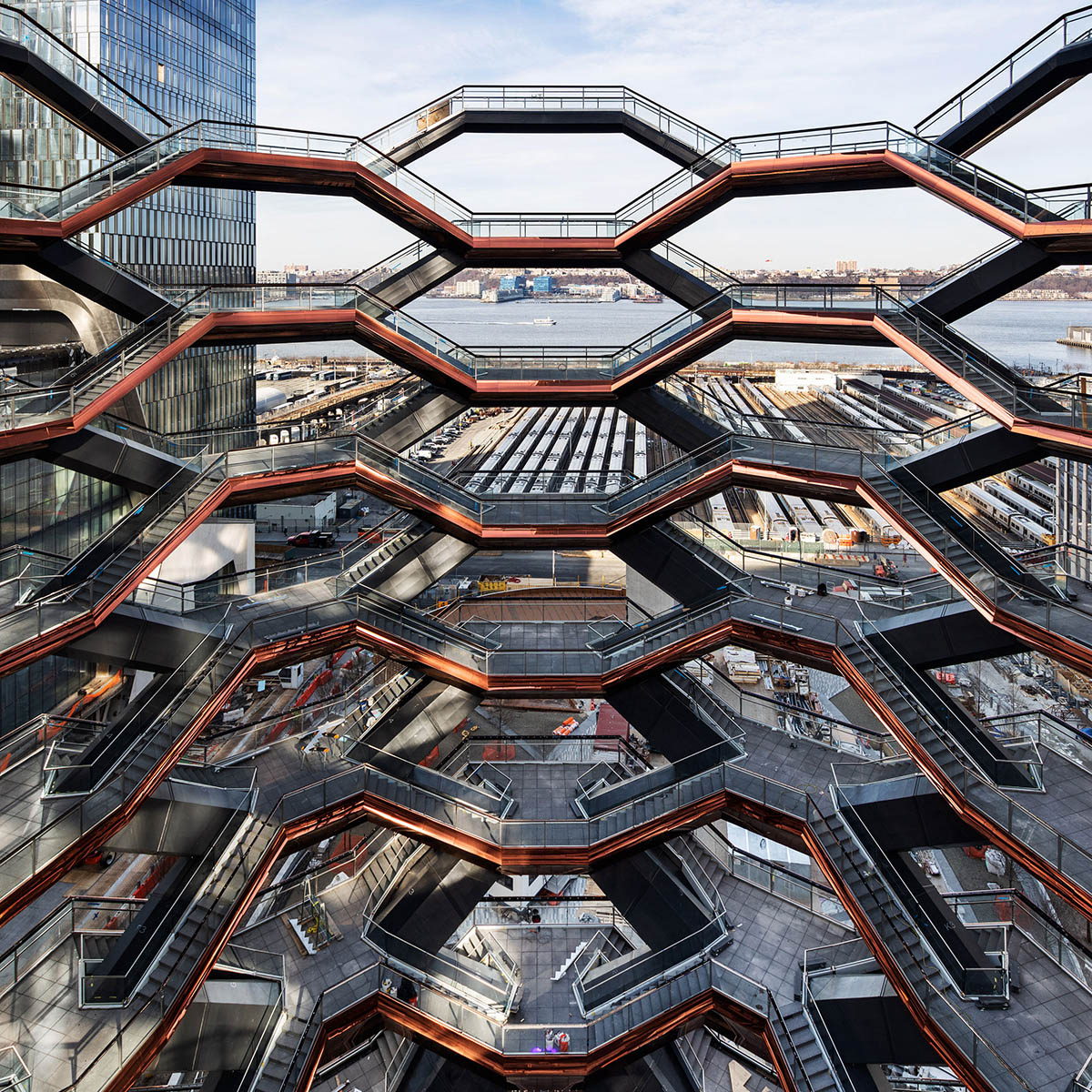 From interior view of The Vessel. Image © Michael Moran

It marks the third suicide death on the Vessel, designed by Thomas Heatherwick's practice Heatherwick Studio, since its opening in 2019.

The Vessel has been target of criticism in previous years since the building's protective barriers were not high enough. In 2016, when the project was in design stage, Audrey Wachs from The Architect's Newspaper, wrote: "As one climbs up Vessel, the railings stay just above waist height all the way up to the structure’s top, but when you build high, folks will jump."

In the article, Wachs gave the example of a suicide case of a student jumping from the central atrium of New York University’s Bobst Library seven years ago.

Wachs added that "the school installed metal fencing—on top of the Plexiglas barriers it had put in years earlier in response to other suicides."

"Philip Johnson and Richard Foster didn’t see the death in the design that the public’s morbid ideation uncovered, but Ross and Heatherwick seem not to have learned from Bobst, or from the city’s bridges and iconic tall buildings. If barriers are installed, how will they affect the views, Vessel’s main selling point?." 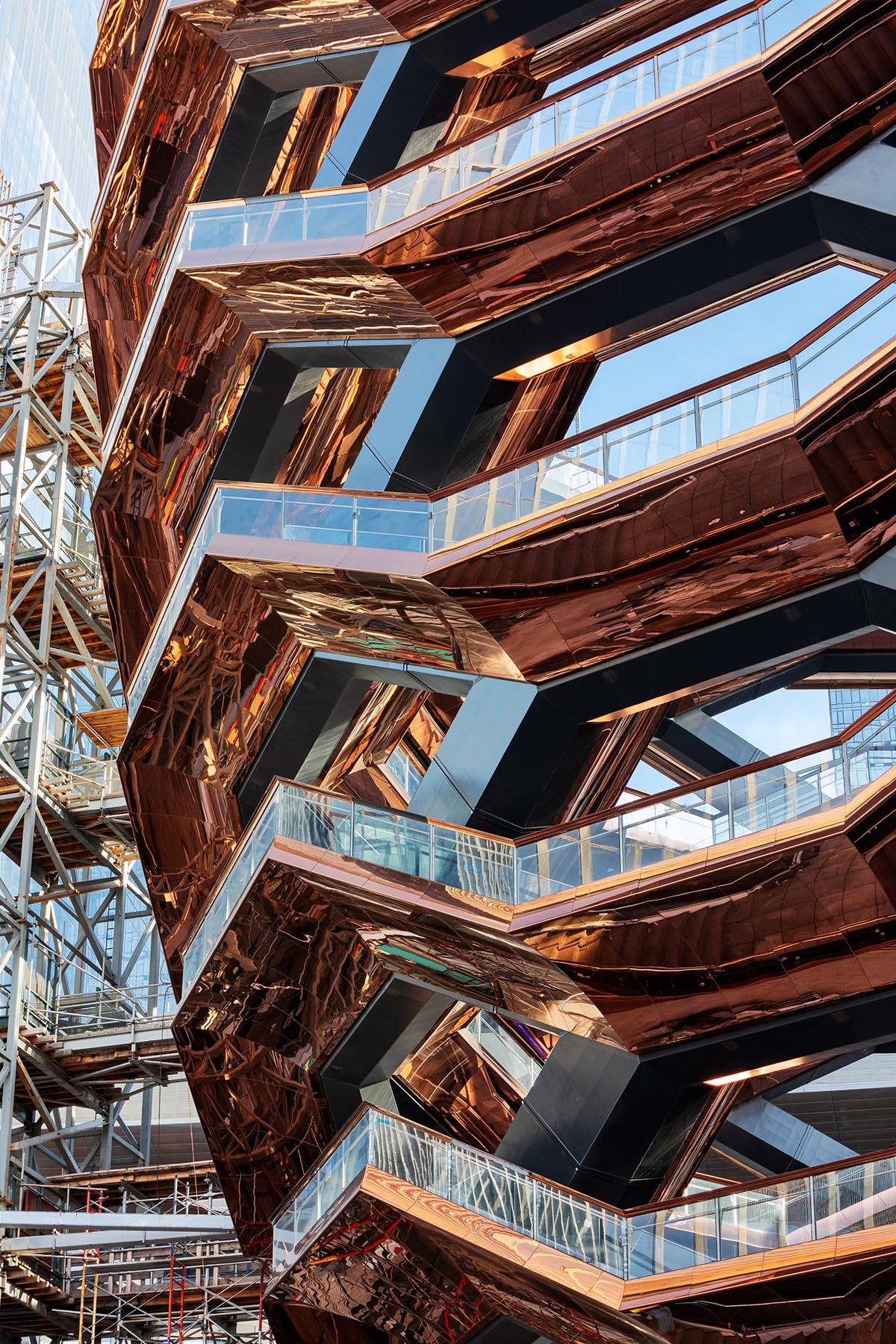 As the New York Times reported, Lowell Kern, the chairman of the local community board, contacted the developer Related Companies to take additional steps to prevent more suicides last year after the first suicide death.

In a letter, Kern wrote that "Because the Vessel’s chest-high barrier is all that separates the platform from the edge, the likelihood of a similar, terribly sad loss of life cannot be ignored."

Mr. Kern told the New York Times that the best way to prevent further suicide attempts is to increase the height of the barriers.

"That’s the only thing that’s going to work," he said.

Heatherwick Studio has unveiled the Vessel in 2016, a giant honeycomb-like sculpture consists of 154 staircases and 80 platforms, zigzagging together to form a web of nearly 2,500 individual stairs.

The Vessel was aimed to be engaging and interactive, meant to be "climbed and explored."

The installation was open every day from 10 a.m. to 9 p.m and visitors should have received free time tickets to climb the building.

> via The New York Times