Mei architects and planners design proposal for Kabeldistrict in Delft 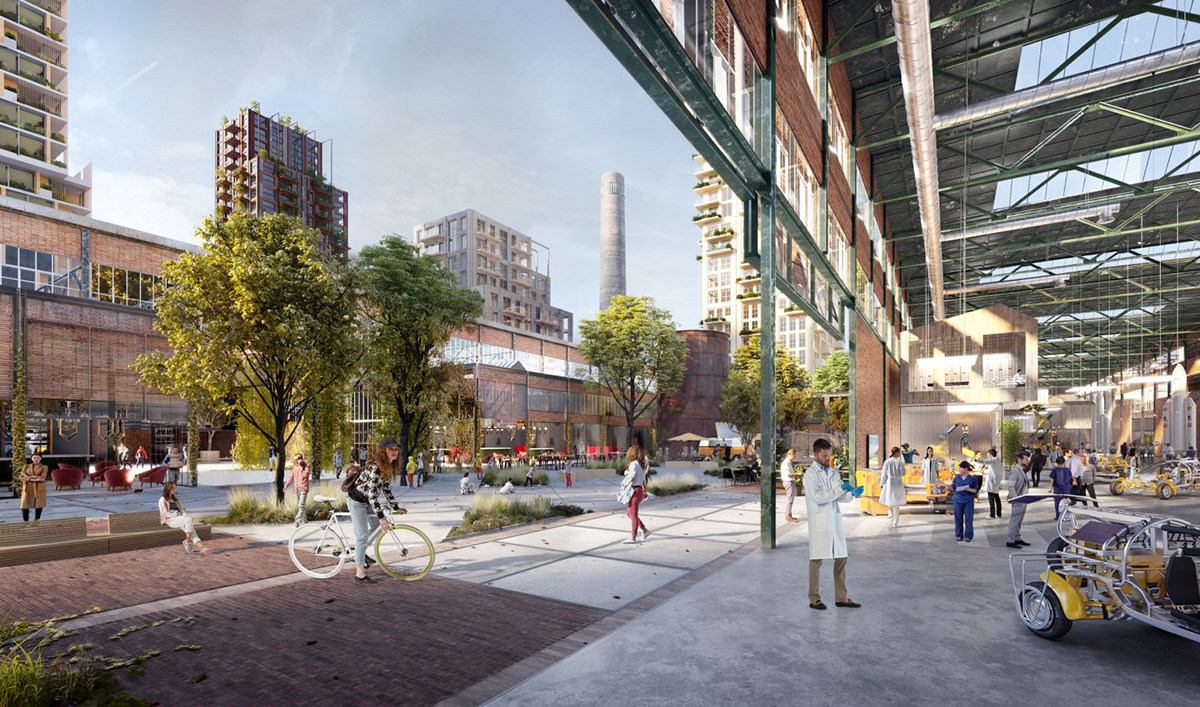 The Dutch Cable Factory was opened at the Schieoevers in Delft, the Netherlands in 1914. The factory soon became the largest cable factory in Europe, and in 1975 was the leading cable factory in the world. In 1999, the factory became vacant due to the stagnation in the market and a decade later, several entrepreneurs moved into the old factory to house their small-scale businesses. 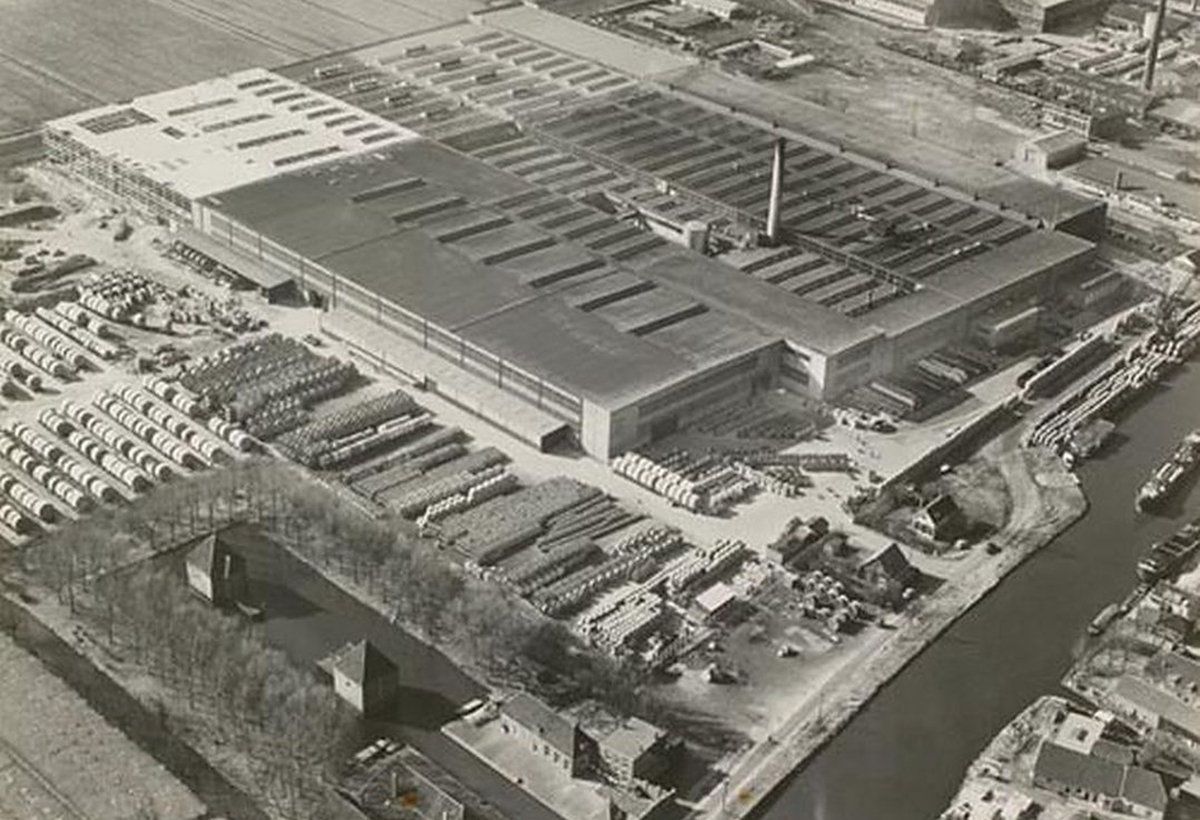 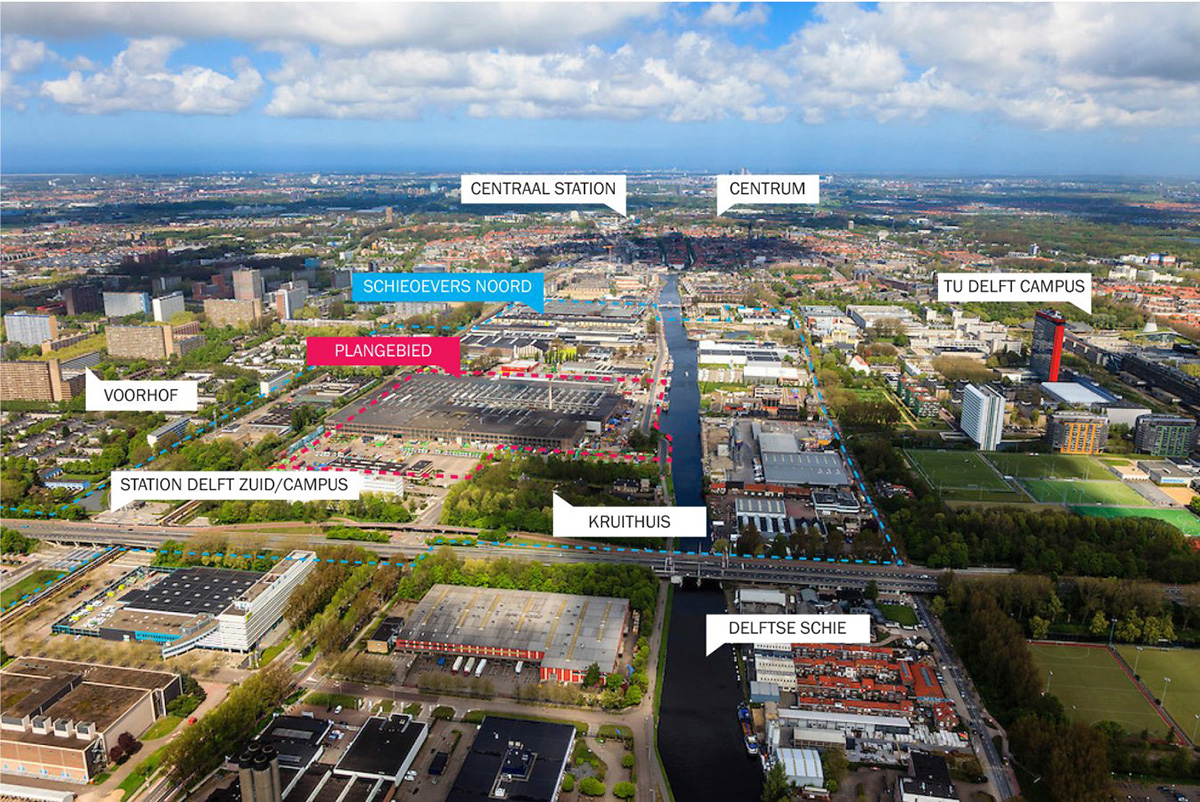 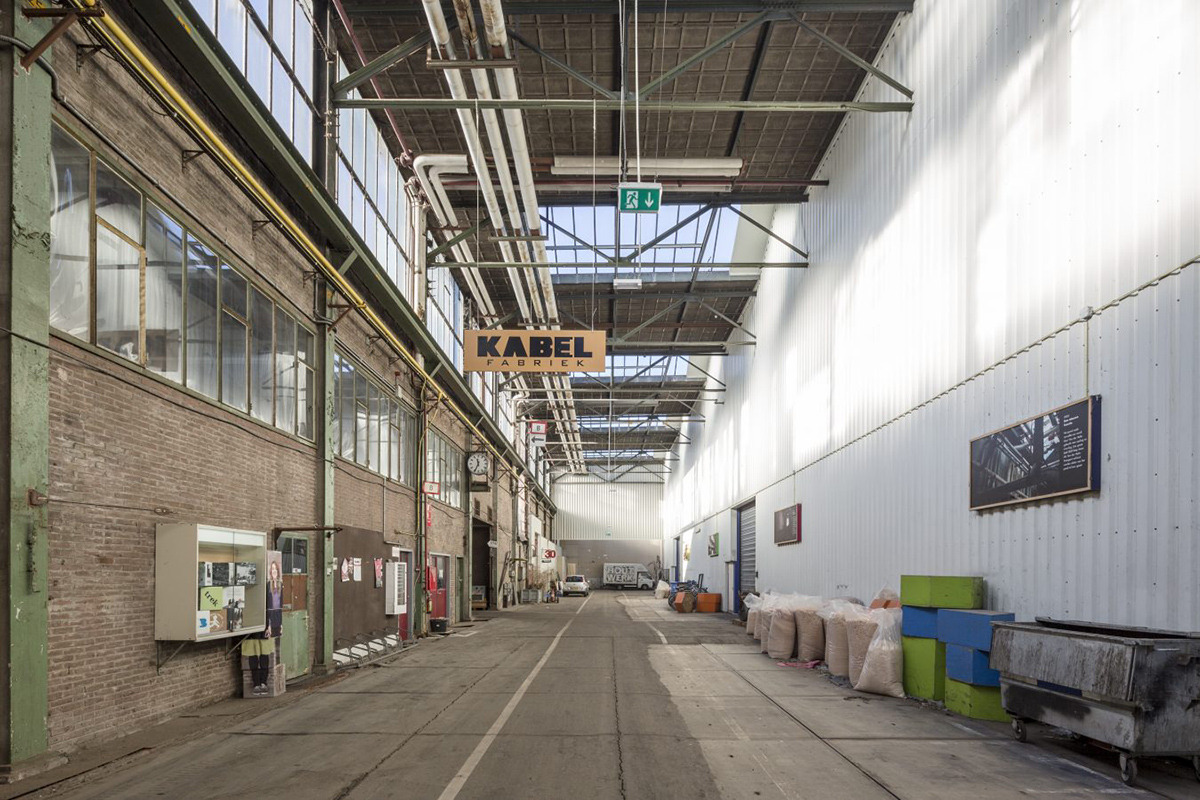 The current state of the Cable Factory, image courtesy of Mei architects and planners.

Mei architects and planners was commissioned by KondorWessels Vastgoed to design an urban development plan for the area. The plan includes 12 hectares and will consist of 3200 dwellings and 1250 workplaces. The Kabeldistrict will be transformed into a lively and productive urban neighbourhood. The area will be mixed-use, where residences, workplaces and education come together. 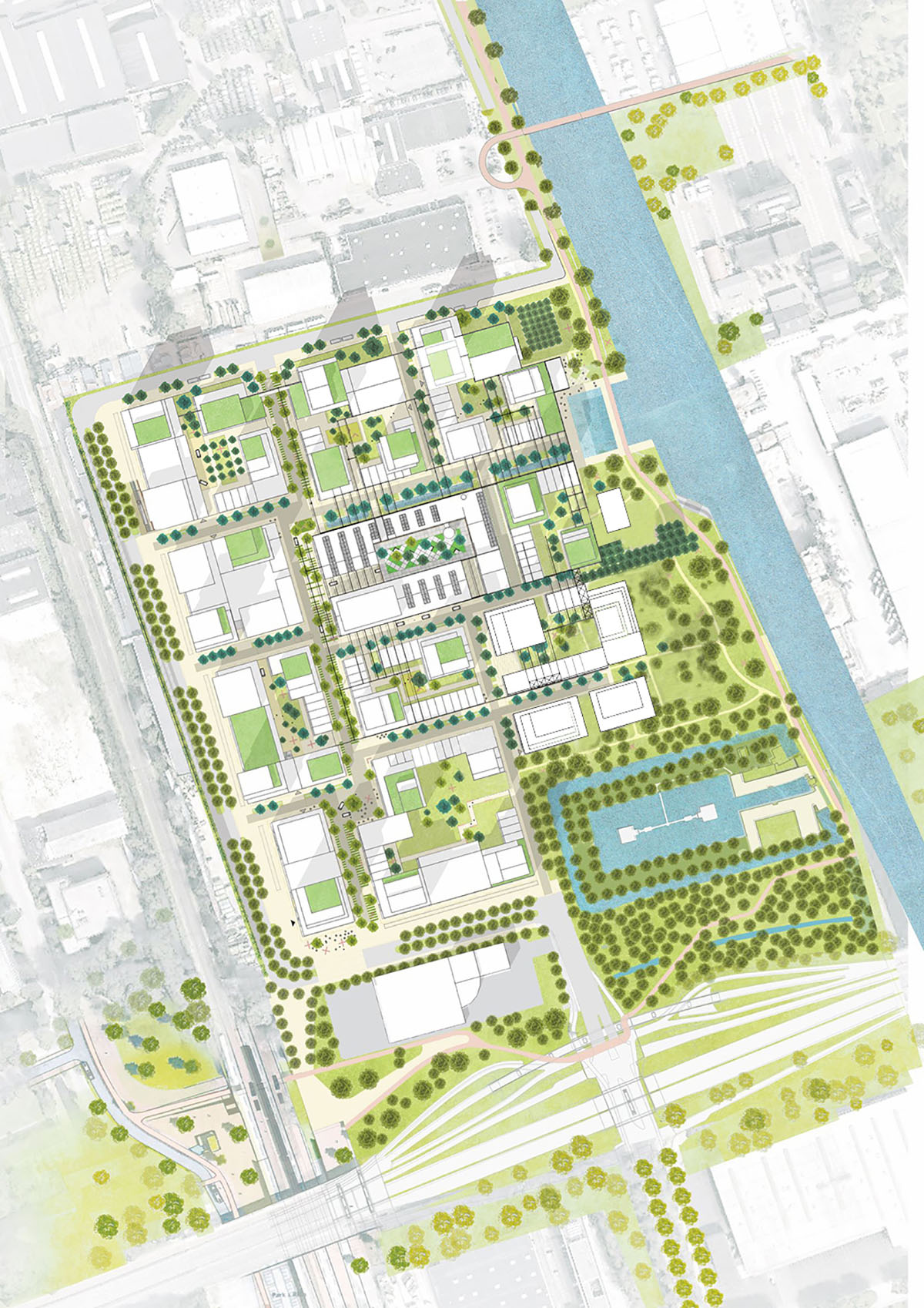 The urban masterplan, image courtesy of Mei architects and planners.

Mei architects and planners designed the transformation in a way that the area builds on the industrial past that Delft is proud of, by giving meaning to three different time layers. First, the old way of working, visible with the preservation of the Cable Factory. Second, a contemporary layer where new construction of new architecture will allow new people to settle into this area as both residents and entrepreneurs. And third, the addition of a future layer, where innovation is central. 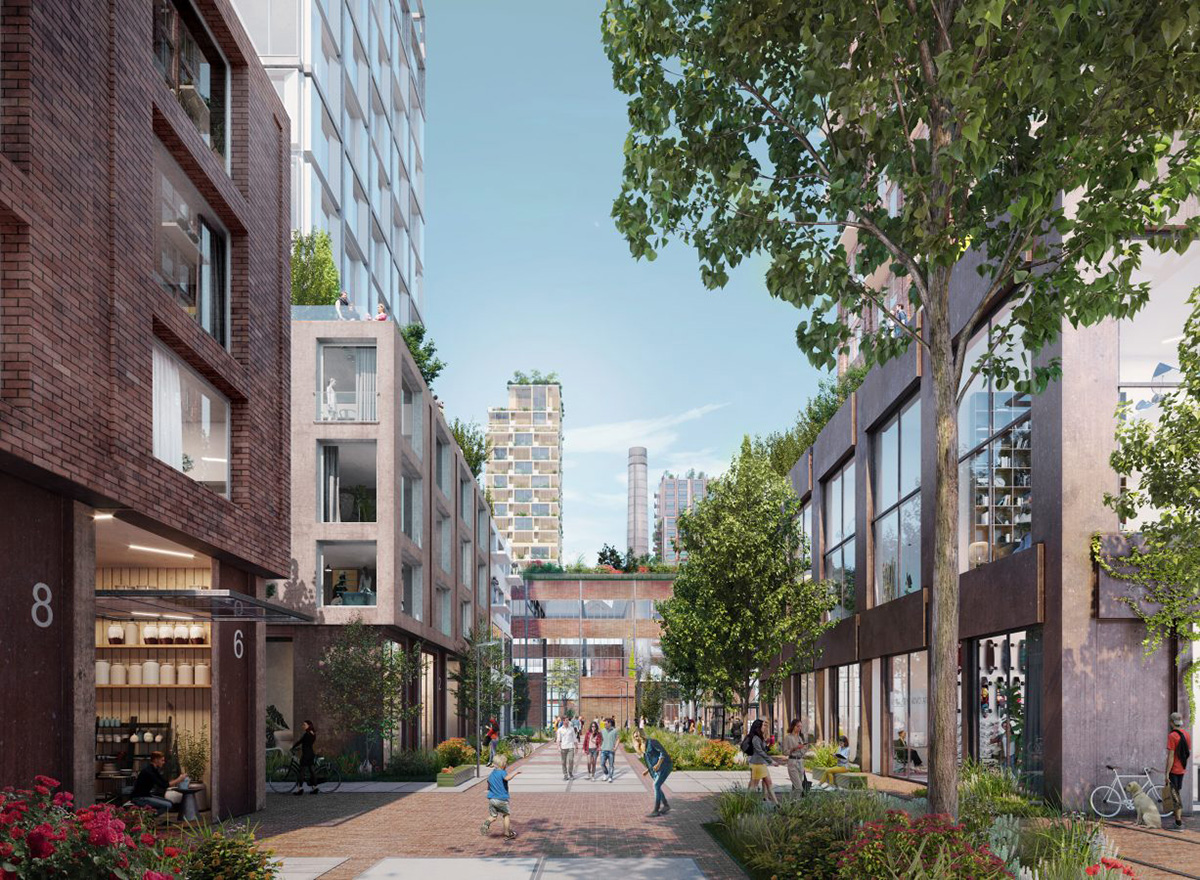 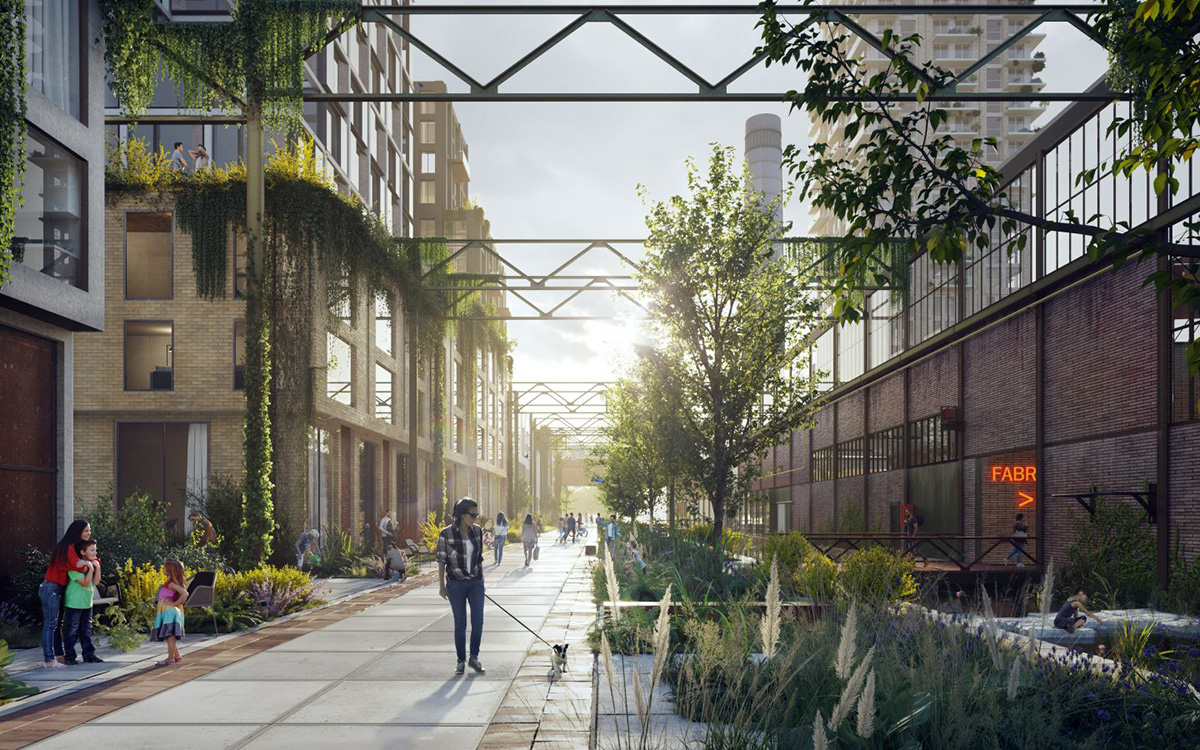 The firm states that: "The visible fusion of old and new creates its own identity that contributes to a strong cohesion and connection between future entrepreneurs and residents."

They continue: "With a high degree of circularity and a layered integration of greenery and water, Delft is at the forefront of productive and sustainable area development." 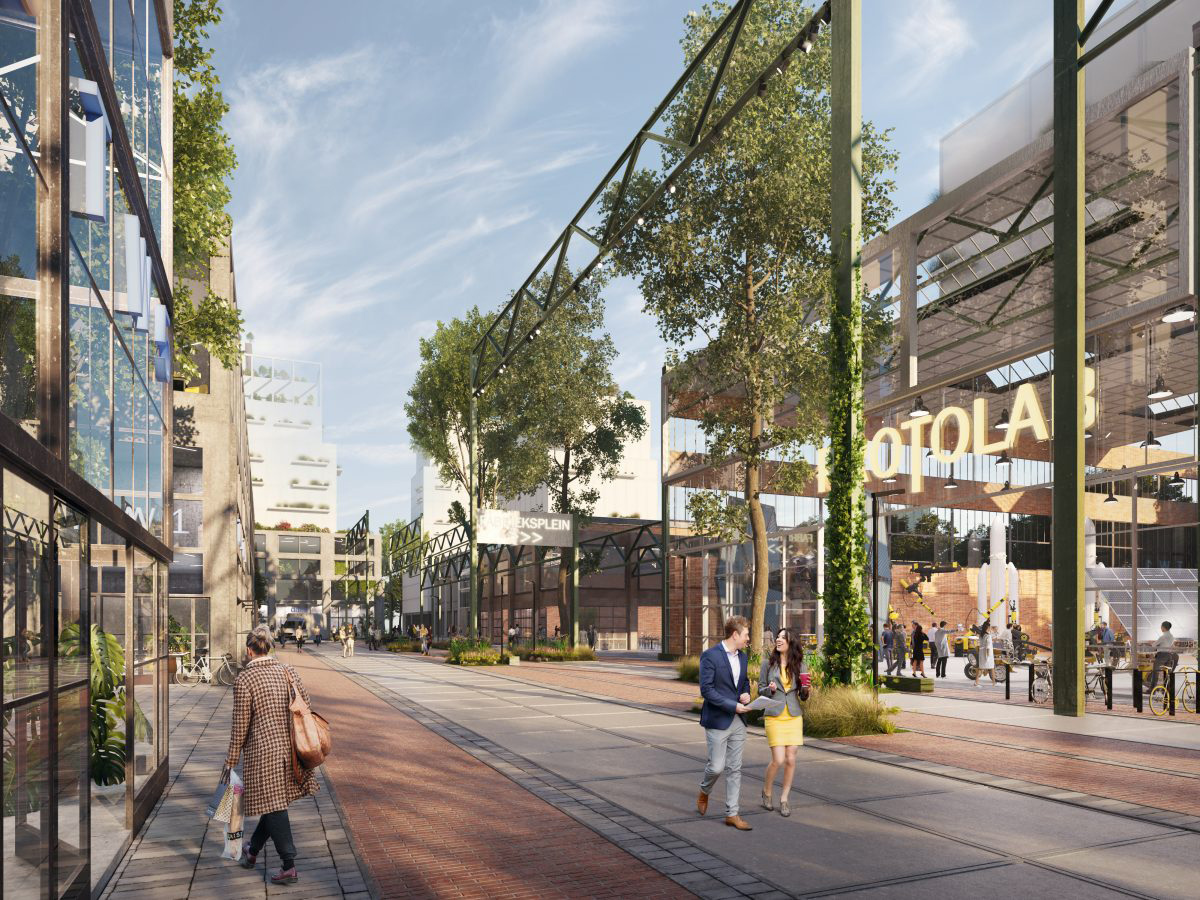 Mei architects and planners state: "The user of the Kabeldistrict is central to the plan. The spatial structure has been carefully designed for a pleasant transition of buildings with different scales. Due to a strong mix of programs in the plinth, and compact indoor bicycle parking solutions, there is a high degree of social safety and comfort."”

"With the creation of intimate places where encounters are possible, the human scale is strongly present. The plinth offers users privacy and security, with the ‘Delft sidewalk’ contributing to a pleasant transition from private to public space and a dynamic street scene." Sections of the transition from architecture to the public space, image courtesy of Mei architects and planners.