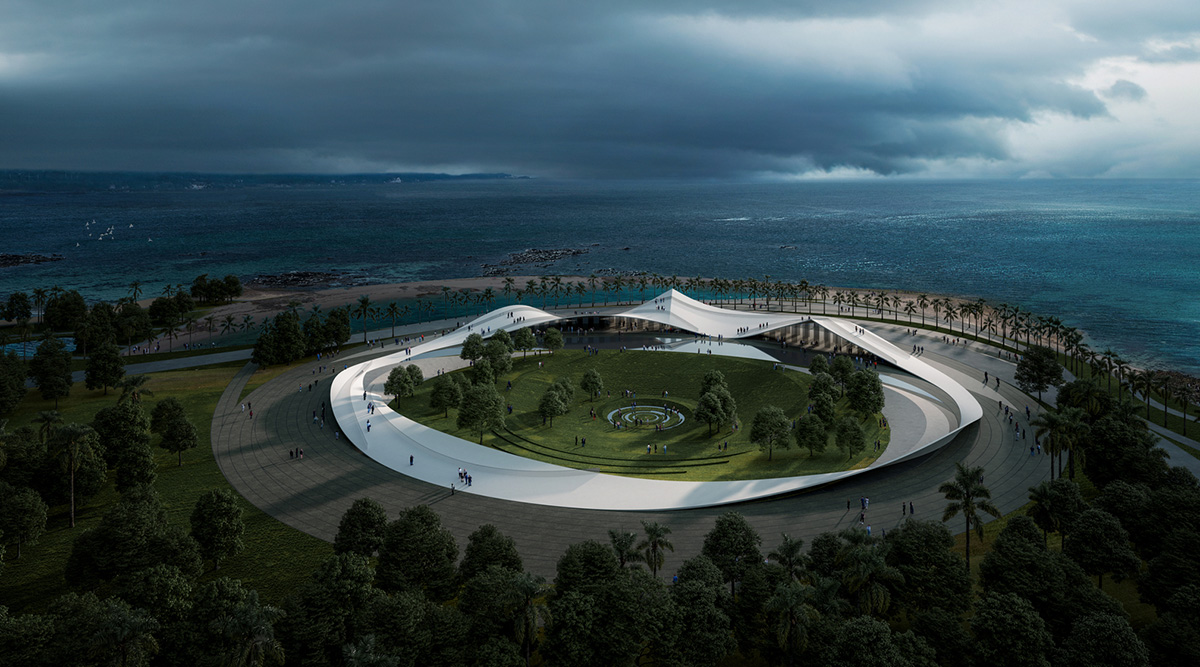 Sou Fujimoto Architects has unveiled design for its undulating and walkable pavilion set to be built on Haikou waterfront in China.

Sou Fujimoto Architects' design will be one of the 16 pavilions developed as part of the Seaside Haikou development and the first pavilion to be completed at site after MAD's Wormhole Library.

The Haikou Tourism and Culture Investment Holding Group commissioned international and Chinese architects and artists to design 16 permanent service pavilions in the coast of Haikou, which will be lighting up the coastlines of Haikou Bay and Jiangdong New Area. 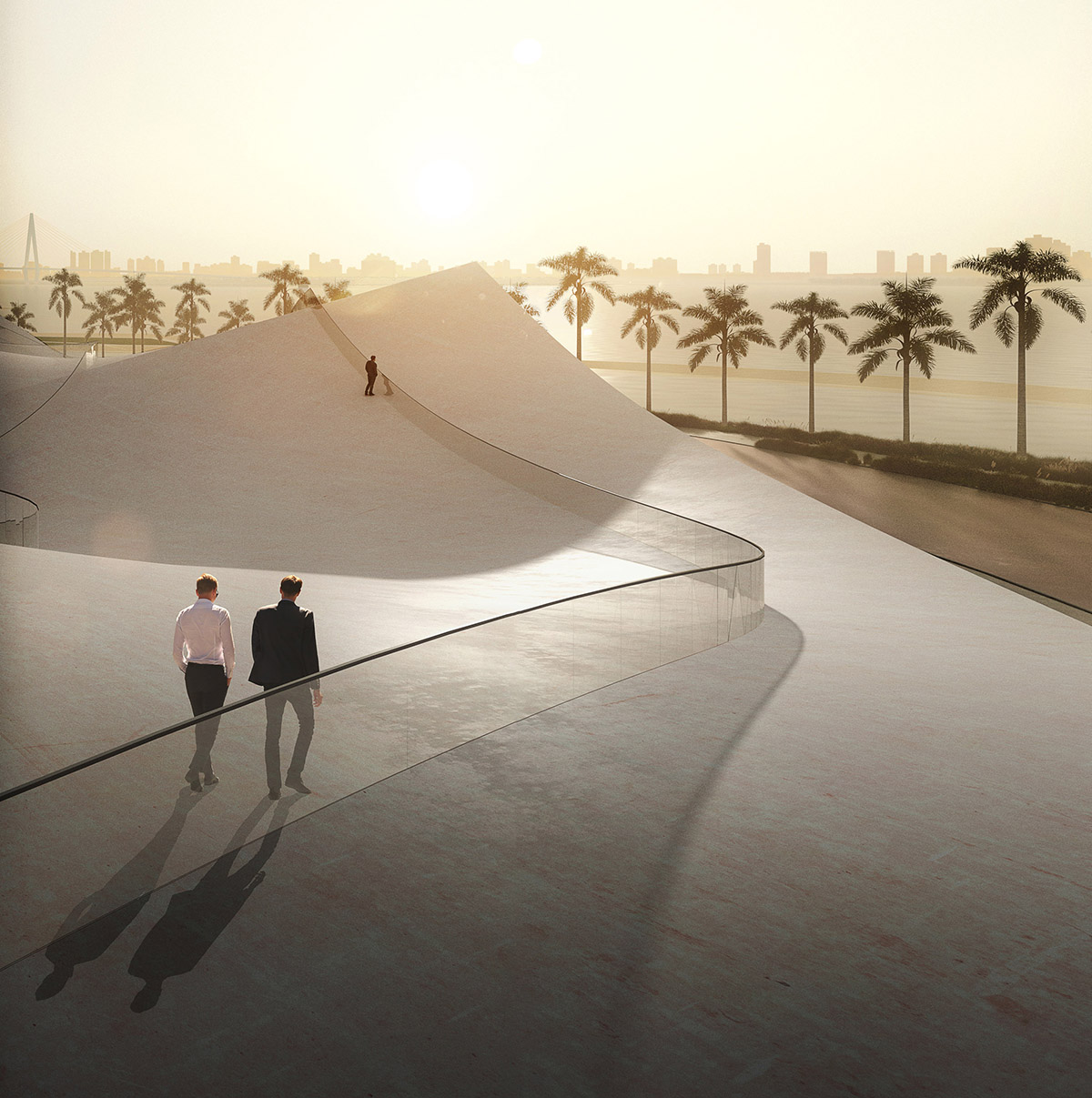 Fujimoto's pavilion will be in the sight of MAD-designed Wormhole Library that has topped out in Haikou, China. Sou Fujimoto's public pavilion, creating a loop, is composed of an undulating form where its structure partly becomes walkable roof, partly becomes an open space to walk underneath.

The Haikou masterplan is aimed to bring diverse culture and vitality to the island's northern shore and all 16 pavilions are expected to be completed by the end of 2021. 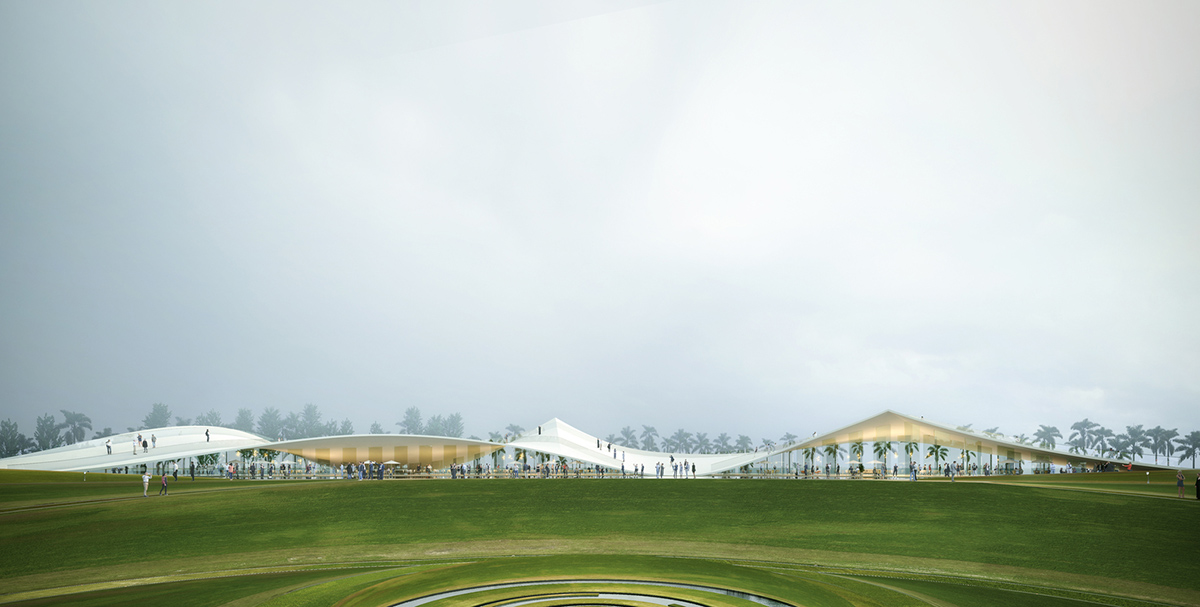 For his design, Fujimoto is inspired by the rounded features of the site and translates the language of the site into his project. The structure's roof is an obvious element that mimics its surrounding in Fujimoto's design.

Fujimoto's pavilion and MAD's Wormhole Library will be the first structures completed within the masterplan. With 16 pavilions, the city of Haikou plans to host various public and cultural activities to revive the area.

Sou Fujimoto said he will "find the harmony between the pavilions, the shore, and the sea in order to show the beauty of Haikou as well as engage the public with our project and the seascape." 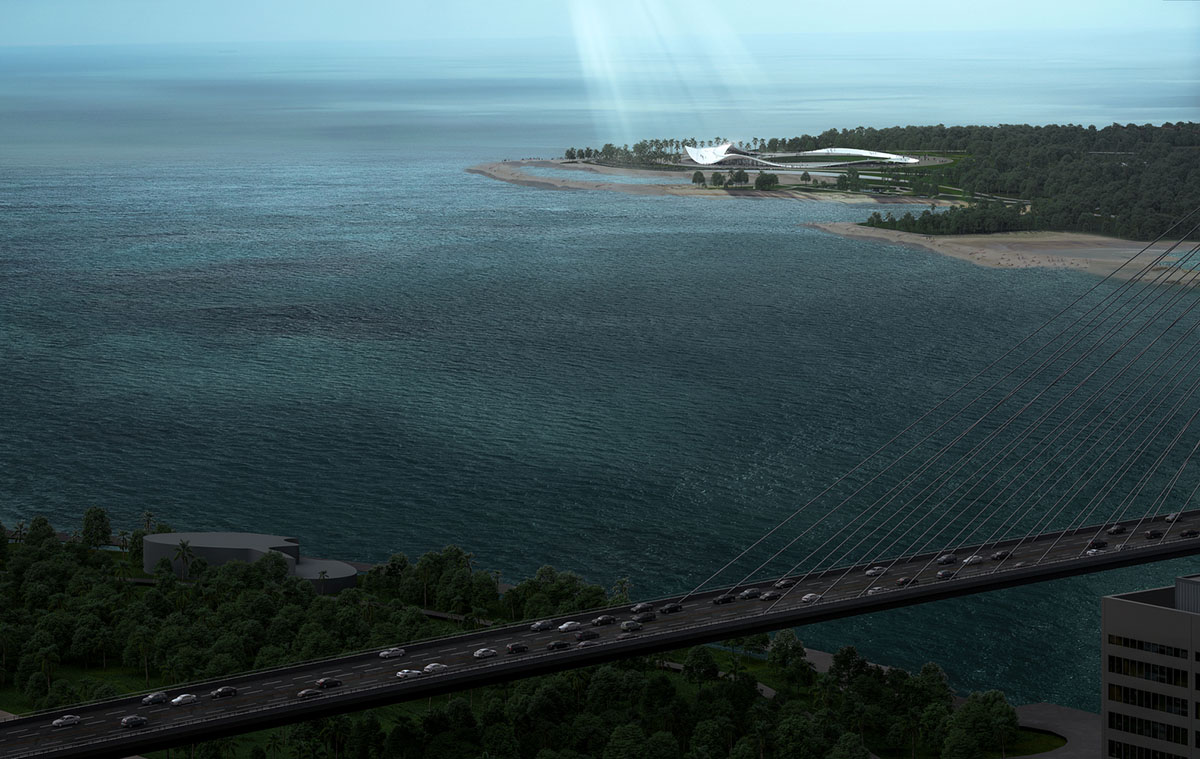 "The pavilions will not only be new landmarks to glorify Haikou's urban culture but will also renew people's affection for public art," said Weng Ling, the project's lead curator.

"Each pavilion will be a destination of cultural activities to blend leisure, entertainment and education." 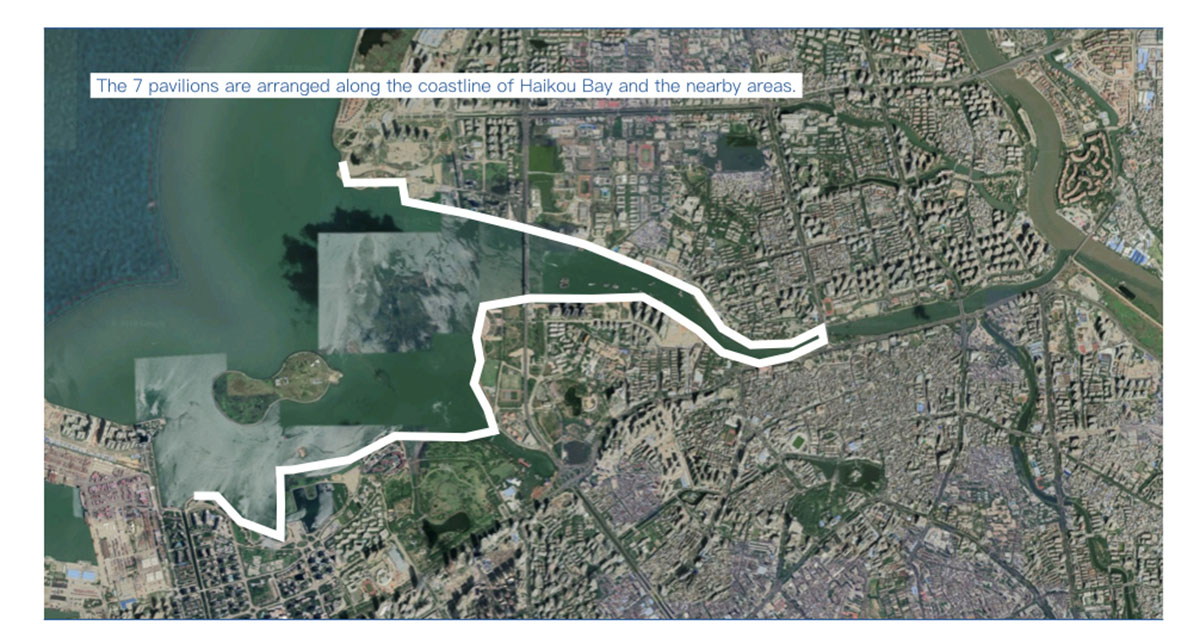 The projects are developed based on the concept of “nature - symbiosis - future”. "Different from artwork with merely ornamental value, this project integrates multiple practical functions such as relaxation, entertainment, communication, education, and public services," said Weng Ling.

"People are encouraged to interact with these artworks and reestablish a harmonious relationship with nature," said Weng Ling, the world-class art curator piloting the project." 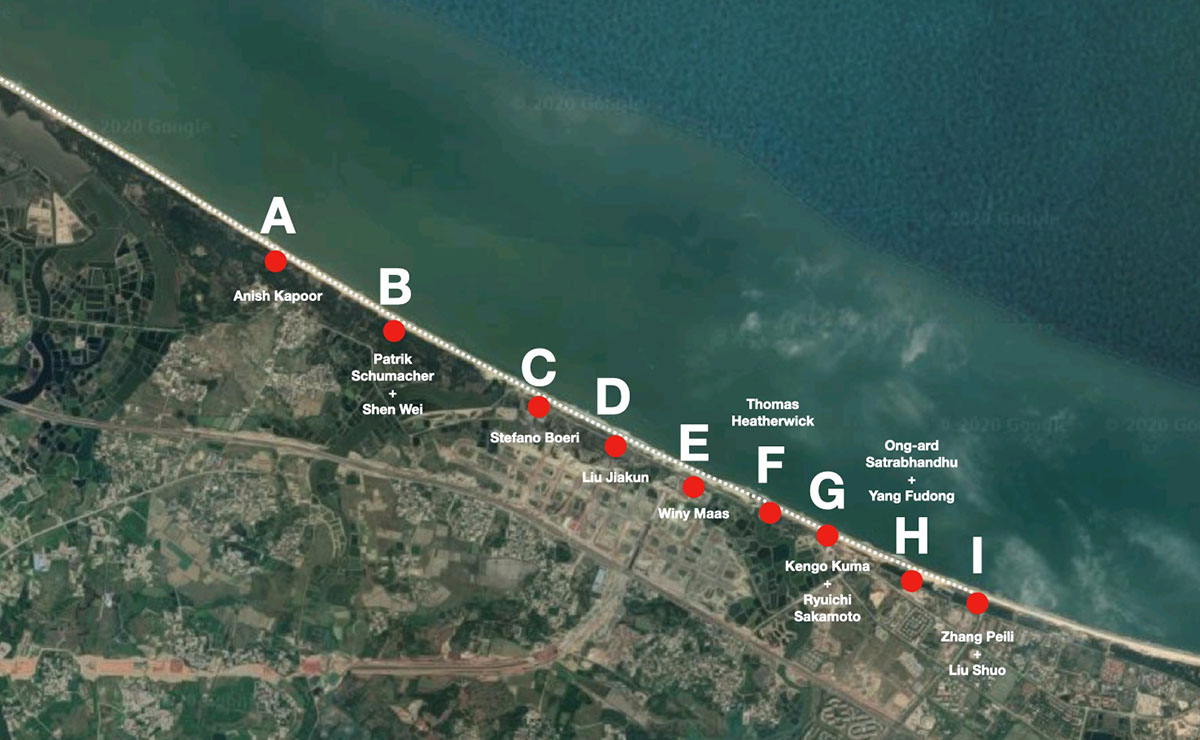 Kengo Kuma said that "I will collaborate with my friend Ryuichi Sakamoto, a world-famous musician, to create a place where we can enjoy both nature and music, as well as the coastal city surroundings."

MVRDV co-founder Winy Maas' project will integrate the culture and landscape of the city. MVRDV's contribution will be located in the eastern section, in Jiangdong New Area. 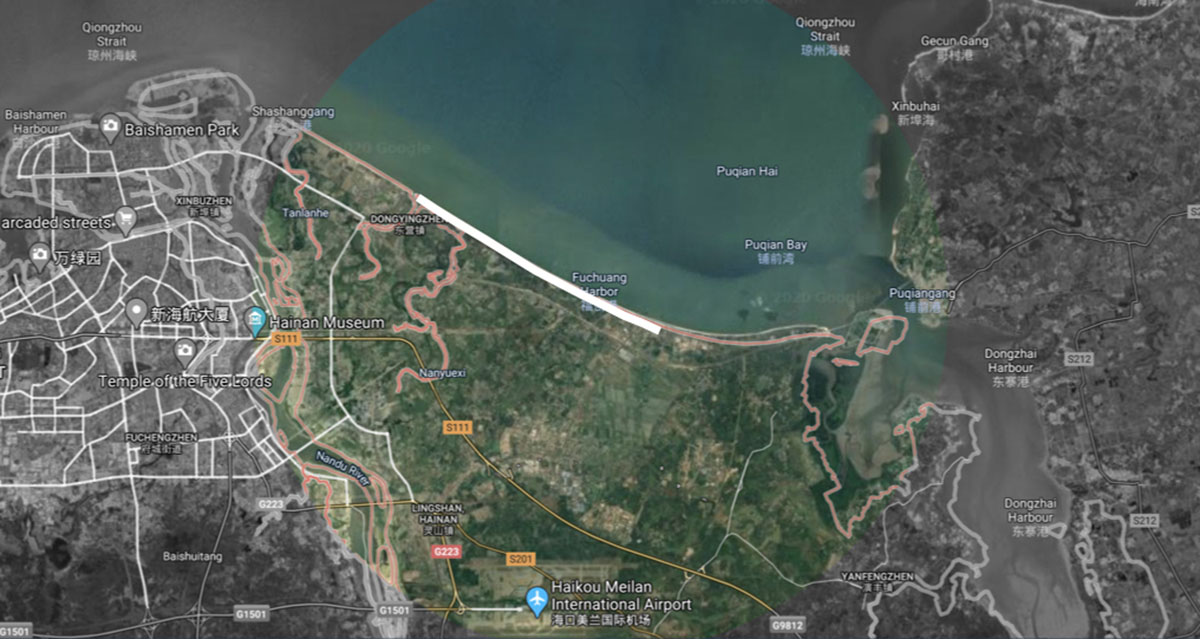 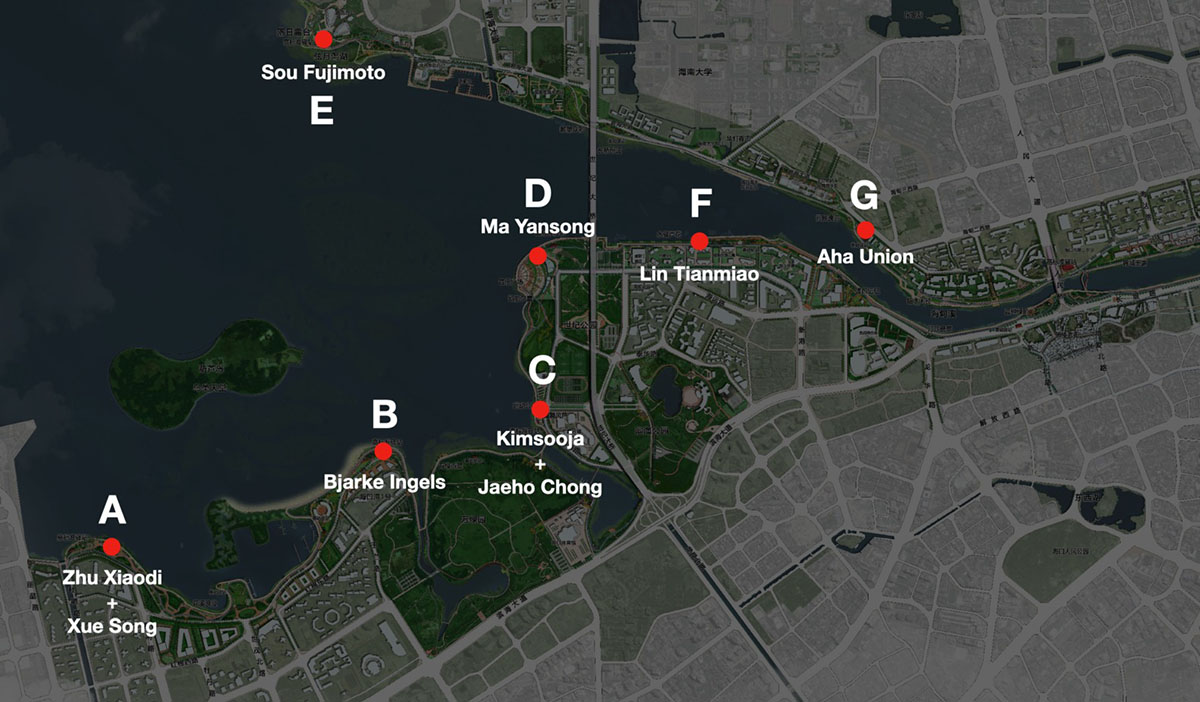 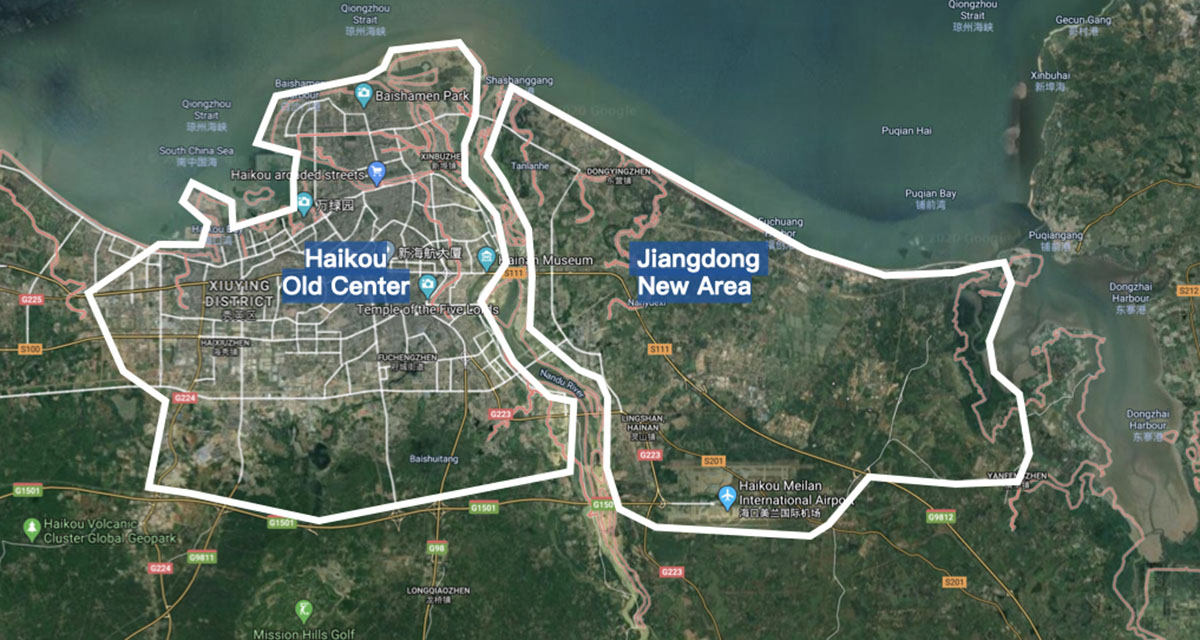 The masterplan of Pavilions by the Seaside was introduced in June 2020, the plans transform China's Hainan Province, an island at the southernmost point of the country, into a free trade port by the middle of the century.

Lin Tianmiao, a Chinese architect said, "'Pavilions by the seaside - Haikou’ brings together top talents from different people groups, different cultural backgrounds, and different professions. All this world-class wisdom will surely add new vitality to Haikou. Art, architecture, and the beauty of the landscape will be powerful elements that will draw global attention to the new development concept of ocean cities of tomorrow."

> via Sou Fujimoto Architects & Pavilions by the Seaside