Mecanoo's transformation of the The Hague Central Library design 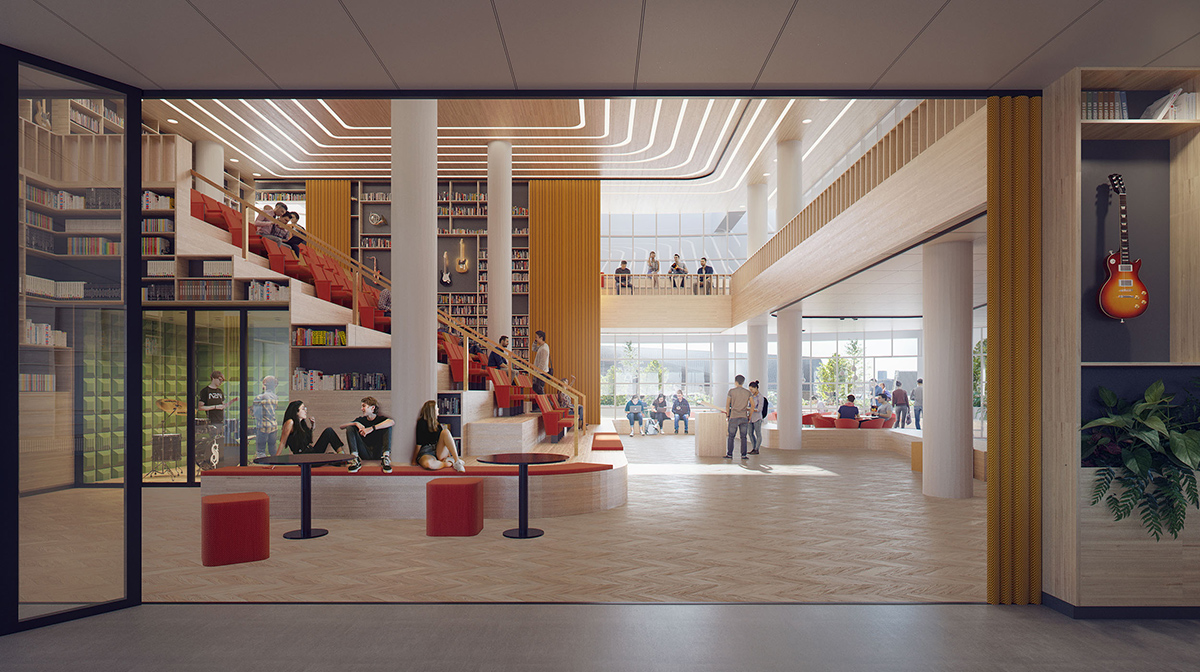 Mecanoo will transform the Central Library, originally designed by architect Richard Meier. The Library is located on the Spui 68, in the center of The Hague, the Netherlands. The main goal is to make a more inviting design, with the most notable interventions being the renovation of the entrance to the library and the café.

Francine Houben – Mecanoo’s Creative Director and Founding Partner - has stated "I know Richard Meier and admire his architecture. As a young architect, I advised him and alderman Adri Duivesteijn to maintain the design of the Atrium for the town hall. […] And now look! The Atrium is the most beautiful covered public space in The Hague." 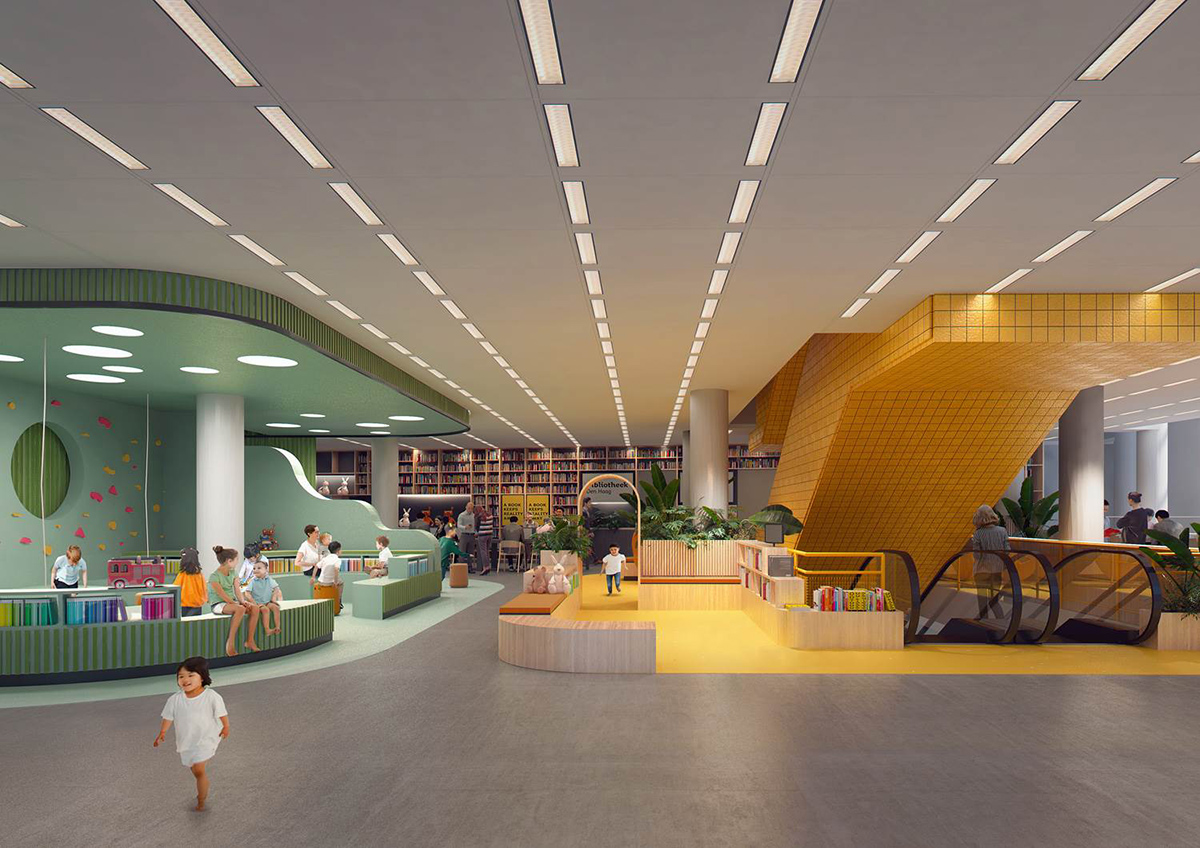 In Mecanoo’s project update, Francine Houben notes a problem. "The library is not highlighted enough. The somewhat hidden entrance and the lighting make it look too much of an office. I want to do something about that, without affecting Meier’s building, by the way. I want to draw more people into the building. In my plan, each floor is given a specific program."

She continues: "For example, the fourth becomes the domain of music. In addition to its own music collection, the library of the Royal Conservatoire is housed here. There will also be more study places, some more sheltered, others more open." 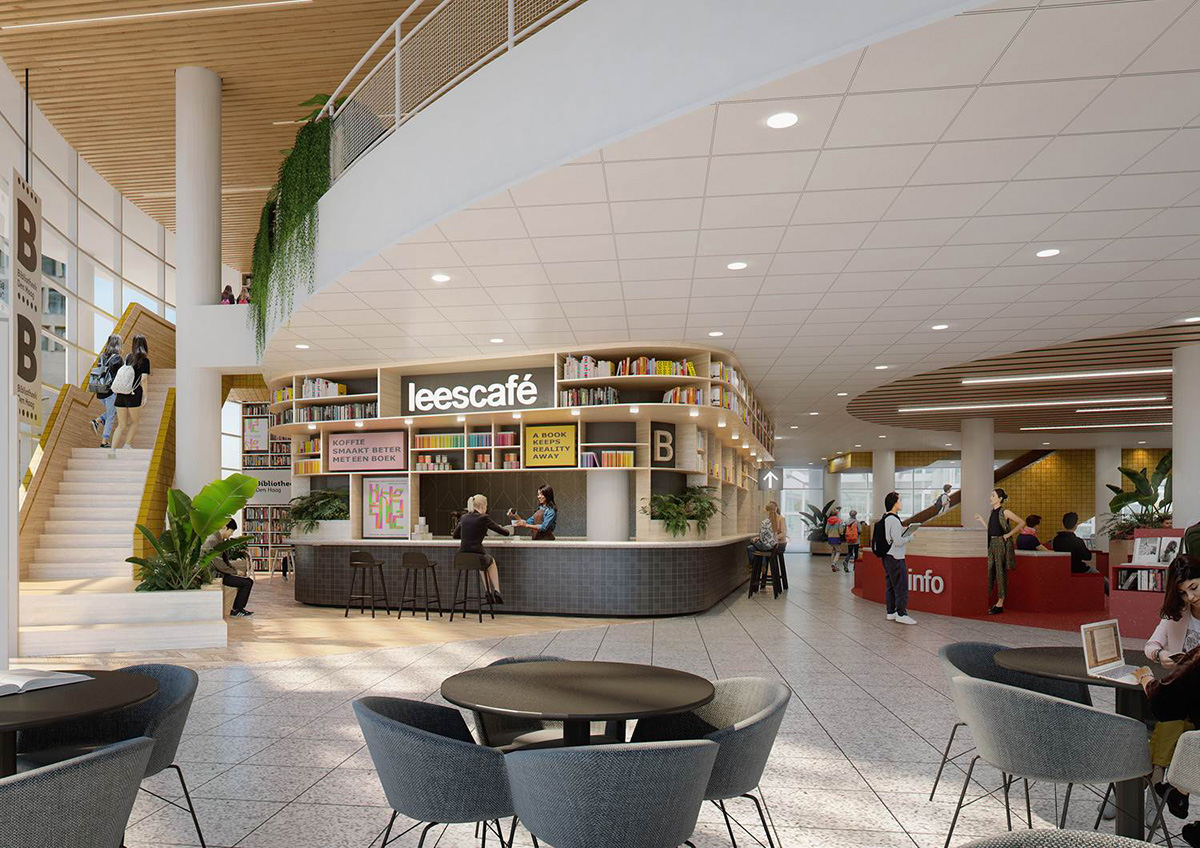 A new debating centre will also be part of the programme, and will be located on the fifth and sixth floors. The design will also be utilising the existing and unused roof terrace.

The project is currently ongoing. The budget of the renovation is earmarked at 2.500.000 euros and the project will be spread out over the next few years, renovating floor by floor. In 2021, the music department is first up.