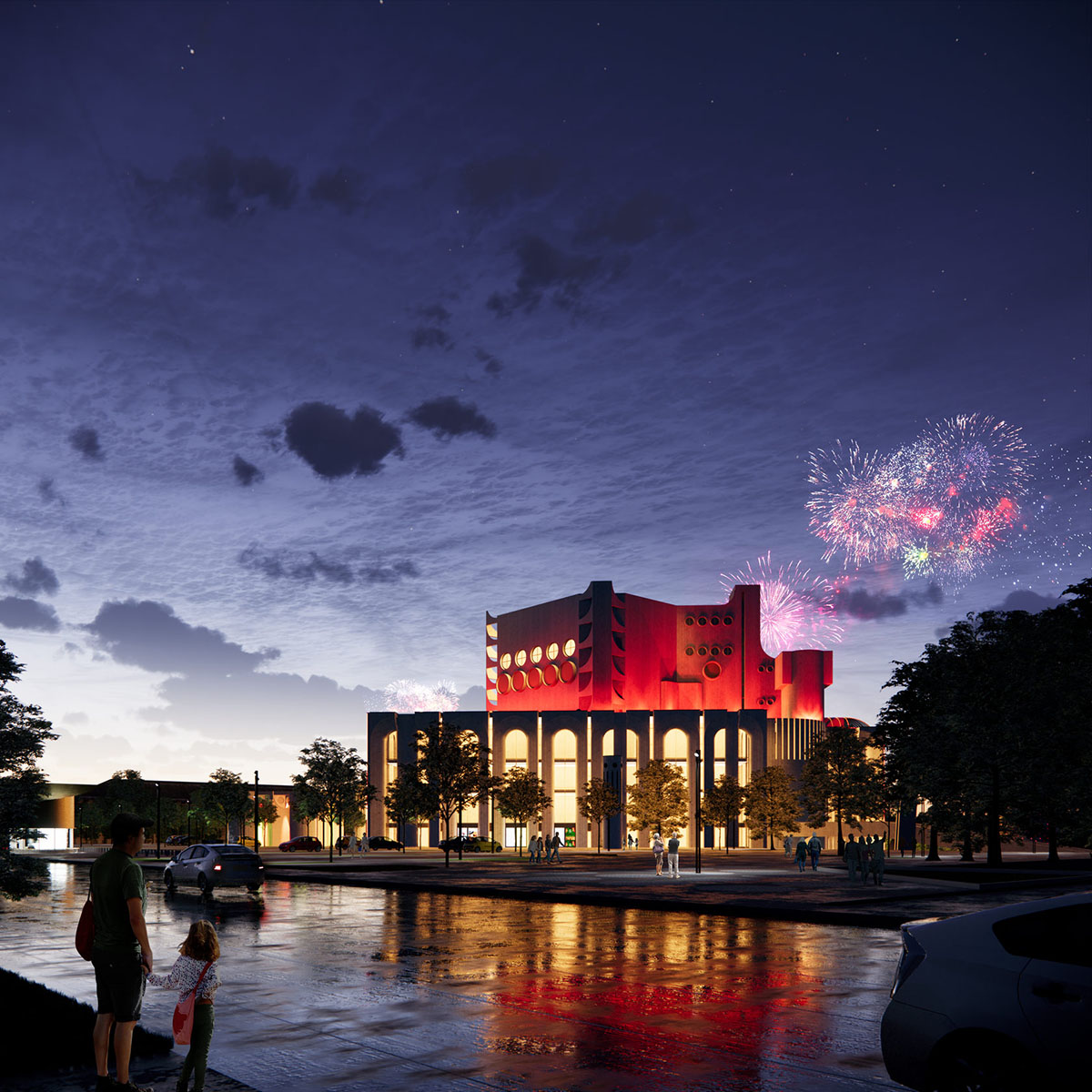 Russian architecture firm Rhizome has won an international competition for the renovation of the Veliky Novgorod Drama theatre renovation in Russia, announced by the Strelka KB.

The studio was selected from among two finalists including Moscow-based architecture studios Archiproba Studios and FORM bureau.

The contest for the renovation concept of the Dostoevsky drama theatre in Veliky Novgorod was launched on August 12, 2020 with the aim to develop an architectural concept for the integrated renovation of the building that would enhance its iconic features with state-of-the-art solutions and a range of new cultural and leisure functions. 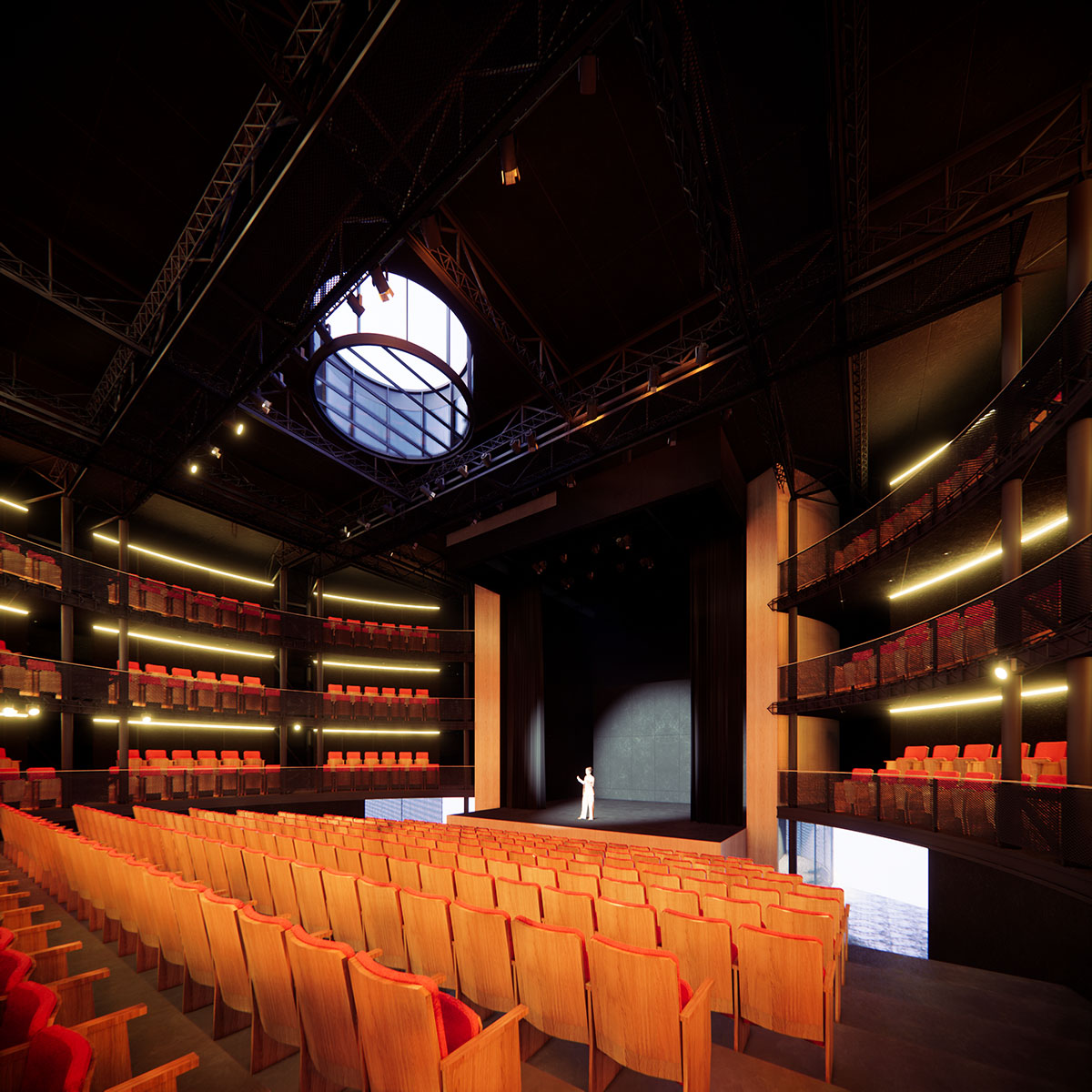 The idea is to transform the theatre into a cultural cluster, expand its functional program, provide for the most advanced equipment and turn the complex into a vibrant hotspot popular with the locals and the tourists alike.

The second goal is to highlight the intrinsic value of the modernist architecture of the late 20th century. 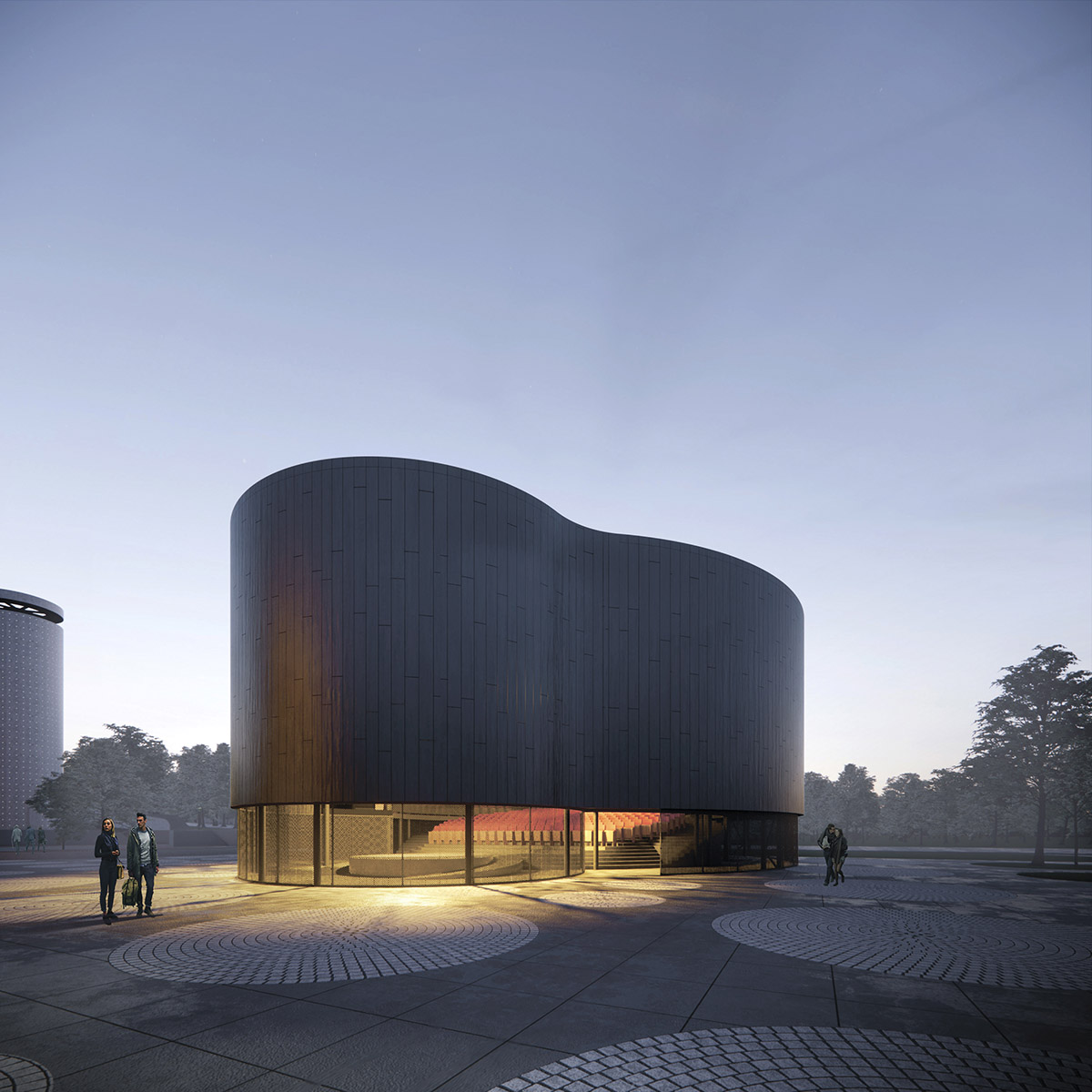 The finalists had to create a concept design for the renovation of the theatre under the guidance of Roger Watts, director of Haworth Tompkins studio (UK) who has been involved in a dozen completed performing arts projects, including the Royal Court theatre in London. The three architectural practices were chosen out of 16 participants that had submitted their portfolios and visions.

According to Roger Watts, all 16 submissions showed wide experiences of similar jobs and considerable creative potential. 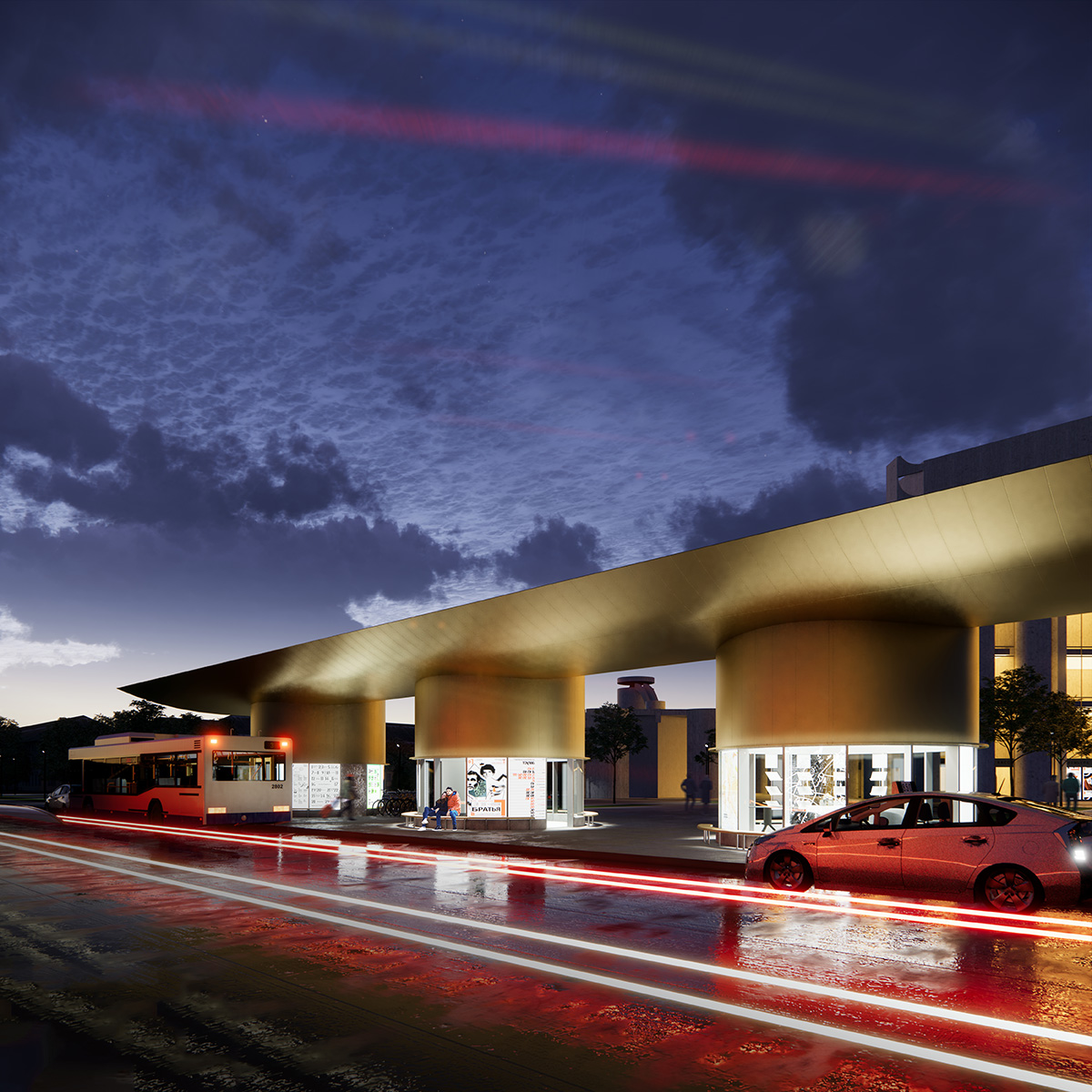 As the architects explain, "a theatre is a vibrant city in itself, a complex and exciting space offering multiple events and functions."

"It is a place with multidimensional, dynamic programming where life gravitates around the core provided by the auditorium and the stage box."

In keeping with the original line of design thinking, the concept proposes an additional layer of developments and facilities that blend in without imitating the heritage constructions. 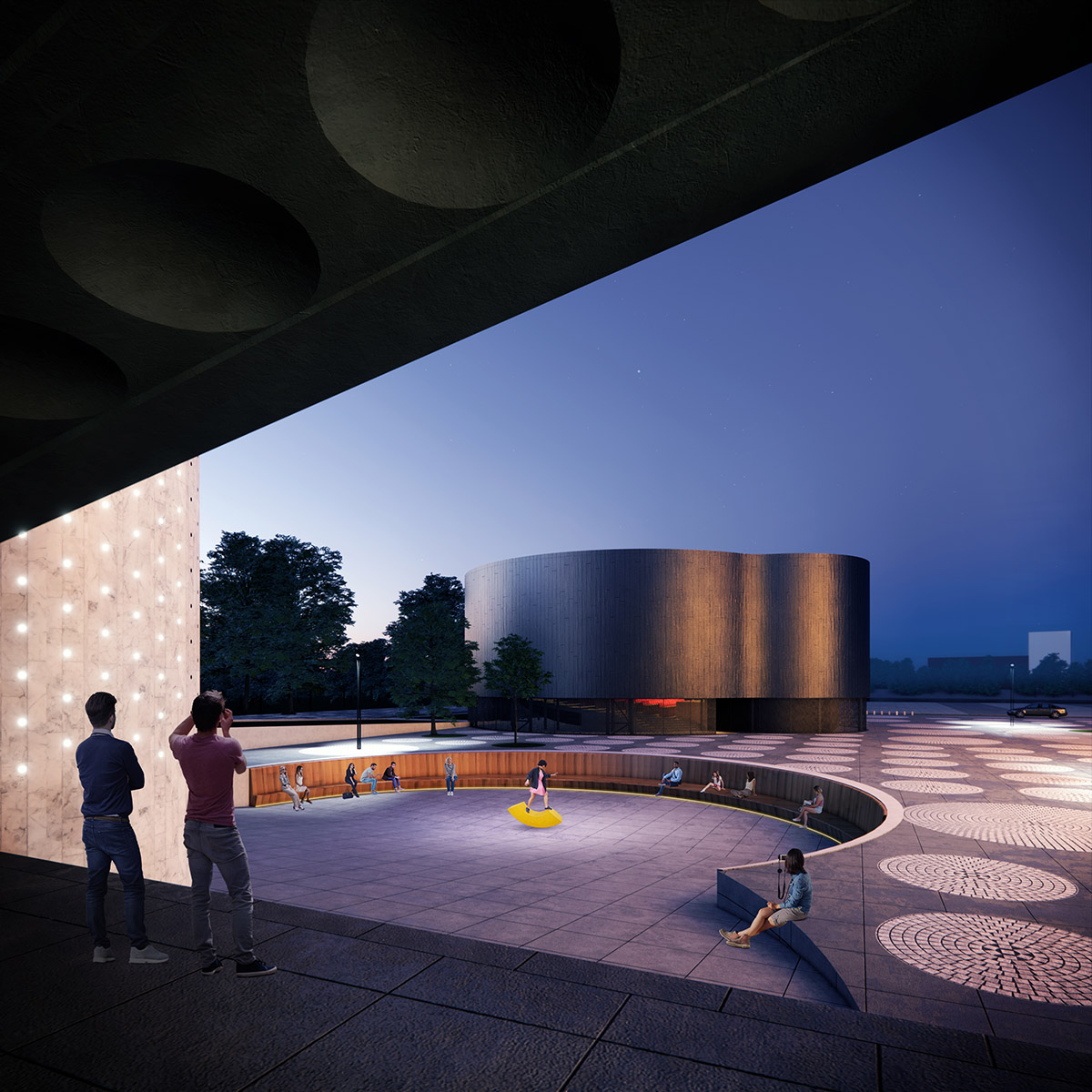 The new and existing functional units are interlinked to present the theatre as a single, coherent, permeable landscape emphasizing the transparency of all processes and allowing the visitors a peek into the life of the theatre. 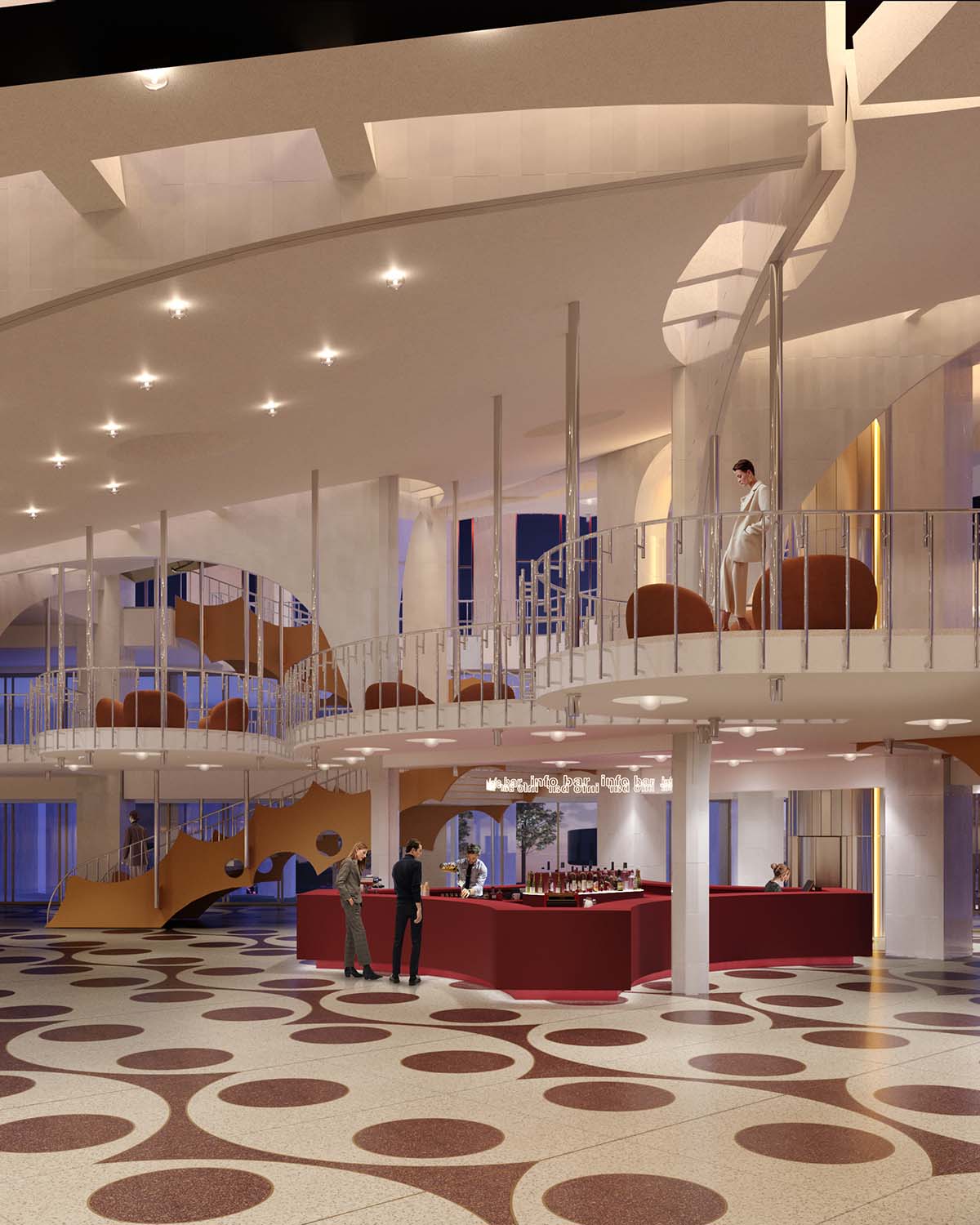 The metallic textures and reflective materials along with bright colour schemes are there to complement and enhance the proposed solutions.

Various shades of bright red that make the space easily identifiable as a theatre are the recurring theme of the project. One of the key ideas of the project is to improve communication between the city and the theatre and create an important urban activity centre.

The solution is achieved through integrating a series of advanced technological solutions into the new and existing structures. 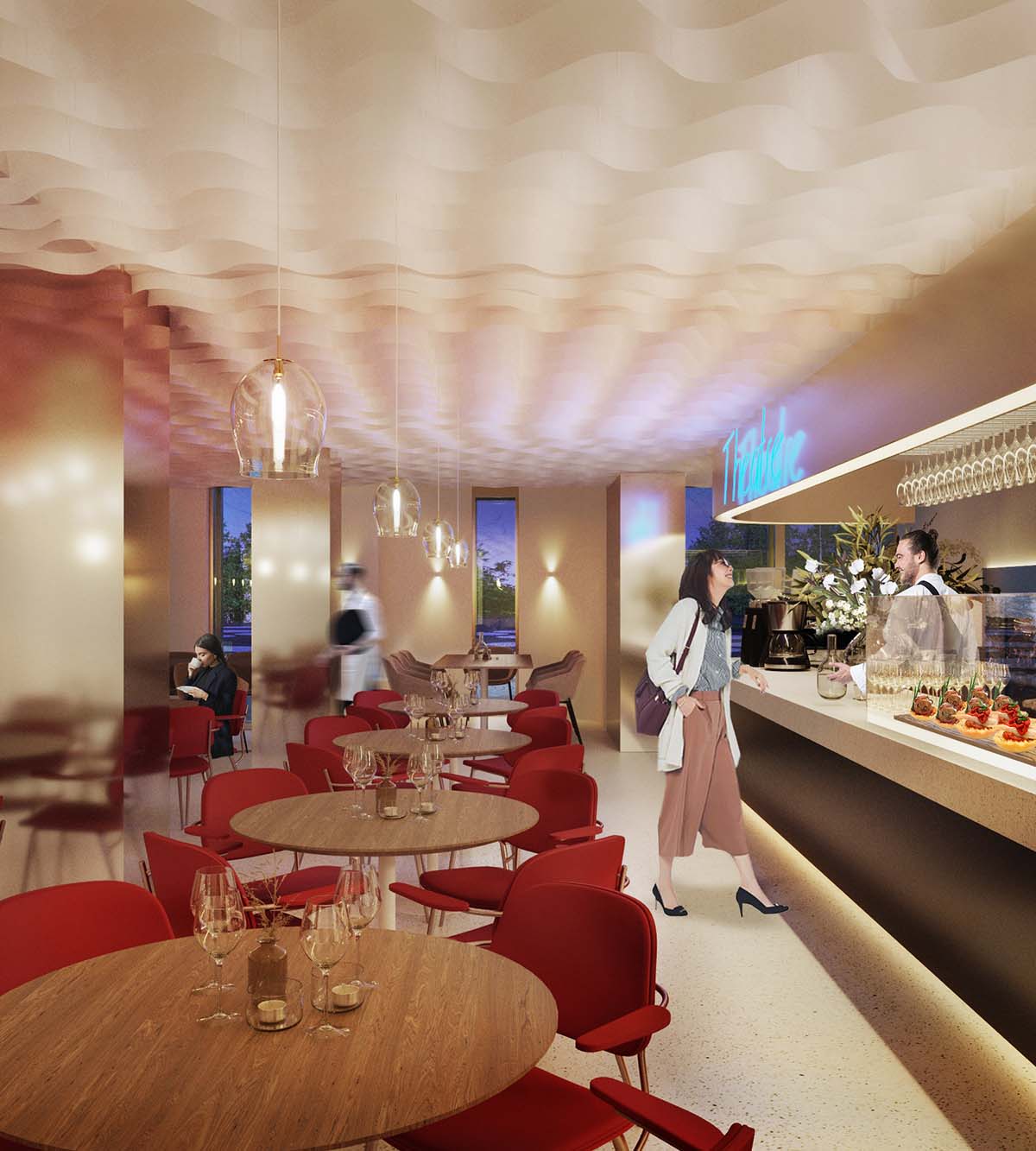 The jury included leading international and Russian experts in architecture and cultural cluster management along with a member of the Novgorod government: Anna Bronovitskaya, art history PhD, director of research at the Moscow Institute of Modernism and teacher at the MARCH school of architecture, Sergey Gnedovsky, vice president of the Russian Union of Architects, member of the Russian Academy of Architecture and Construction Sciences and a specialist in theatre buildings, Simon Henley, ArchDaily columnist and partner of the London-based practice Henley Halebrown, Elena Kirilova, deputy prime minister of the Novgorod region, Dmitry Rodionov, associate professor of the Department of Stage Art Management of the Russian Institute of Theatre Art GITIS, editor-in-chief of Szena magazine, director general of A. A. Bakhrushin State Central Theatre Museum. 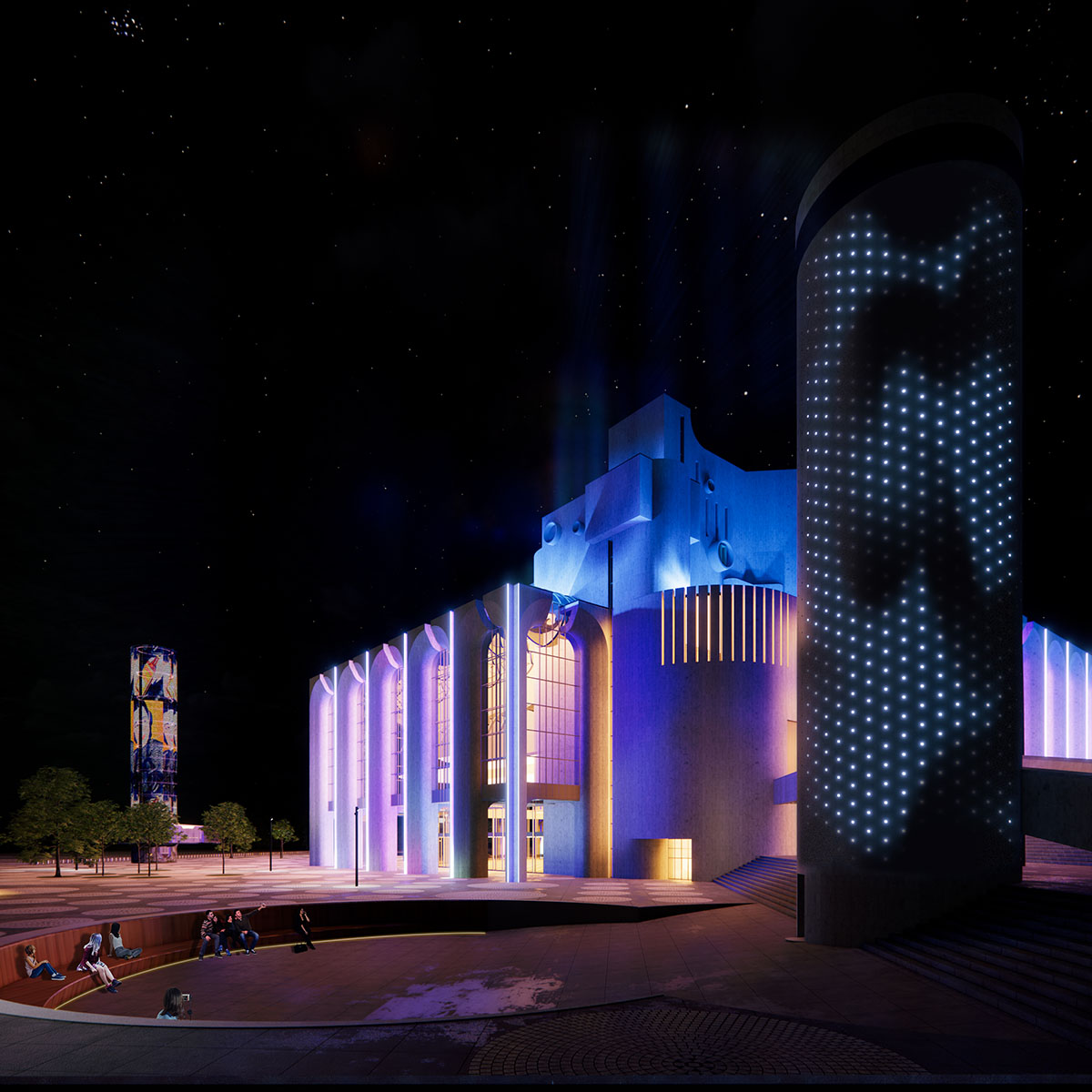 The contest was initiated by the government of Novgorod region. Strelka KB consultancy was invited to operate the competition. DOM.RF, housing development corporation and Acron group, became the partners of the project. The innovative contest workshop format has been devised for the occasion in order to select the most promising proposal while enabling aspiring Russian practices to build their expertise. Young, high-potential Russian architecture offices were invited to develop their proposals under the guidance of the international curator. 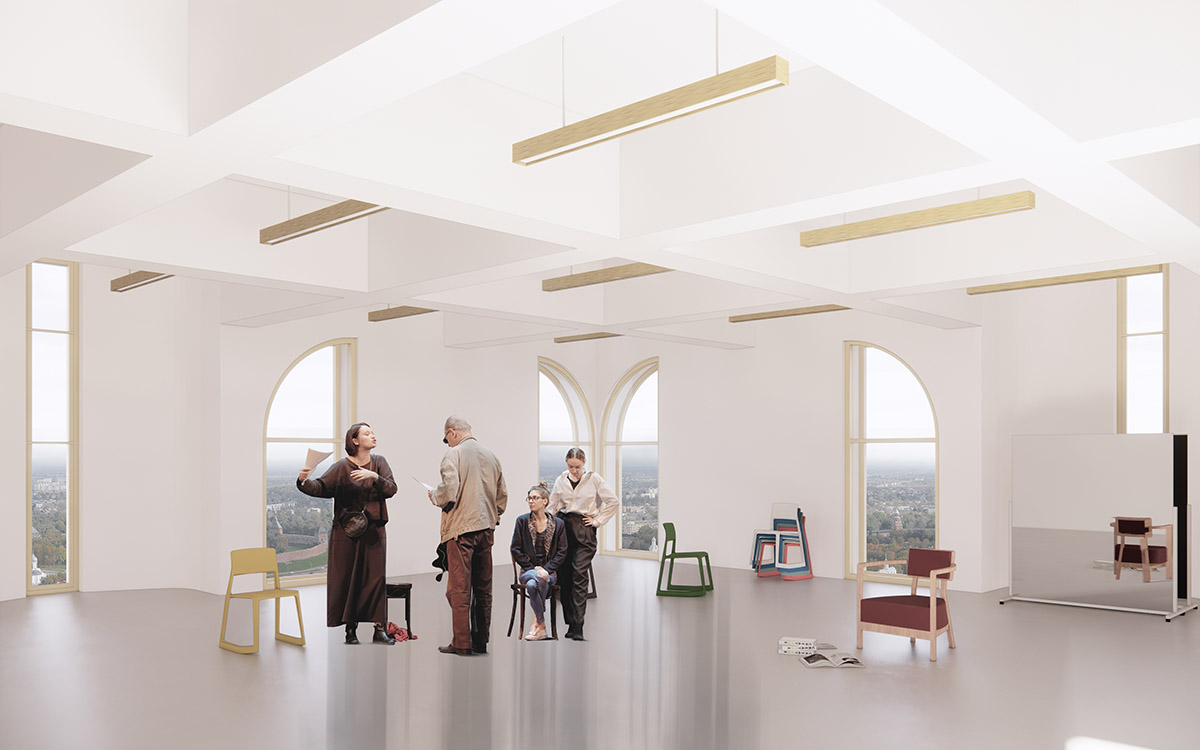 The exceptional background and distinctive approach of the curator vouches for the top quality of the final solution and allows the Russian professional community to experience new methods and approaches in similar situations. 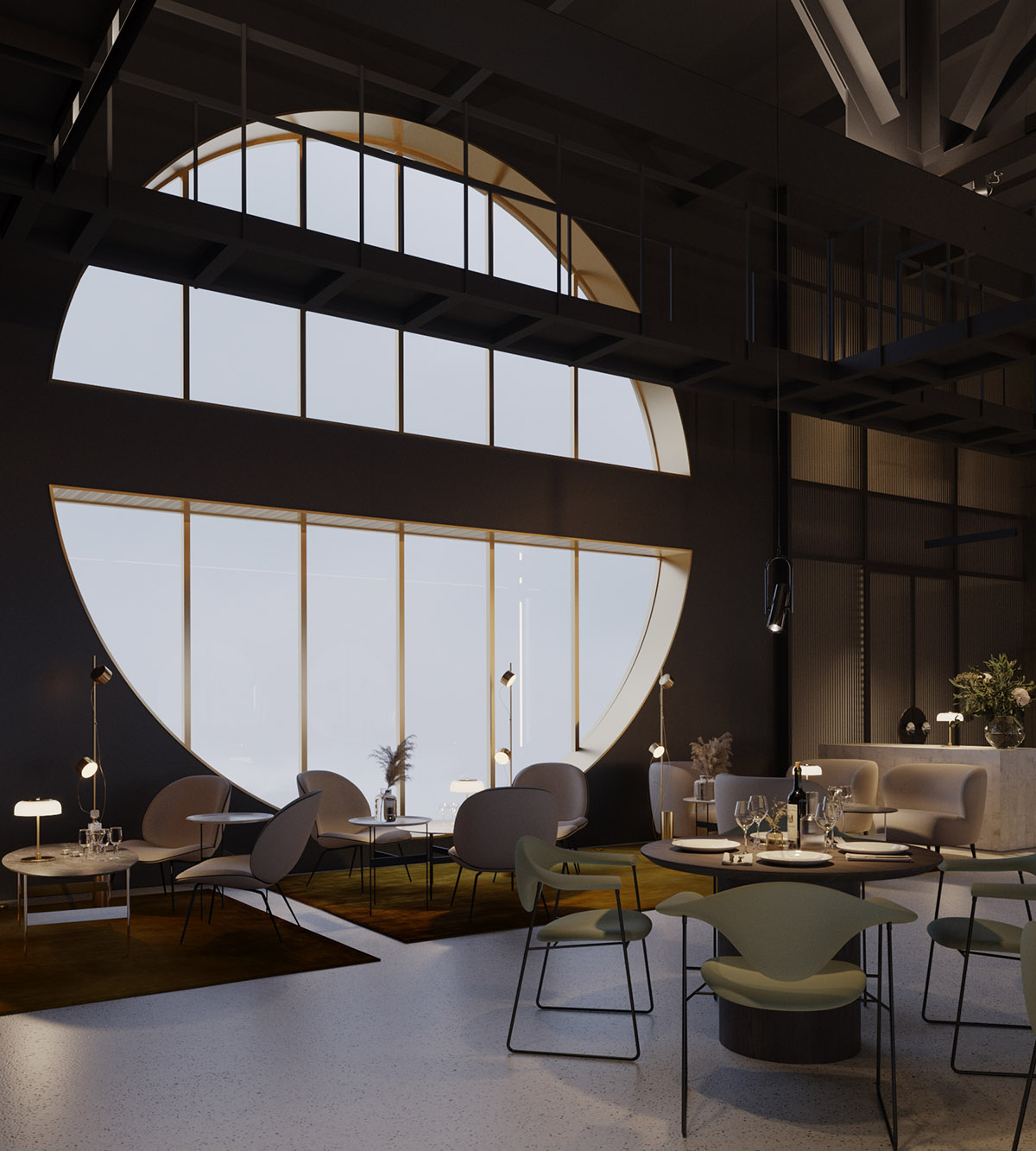 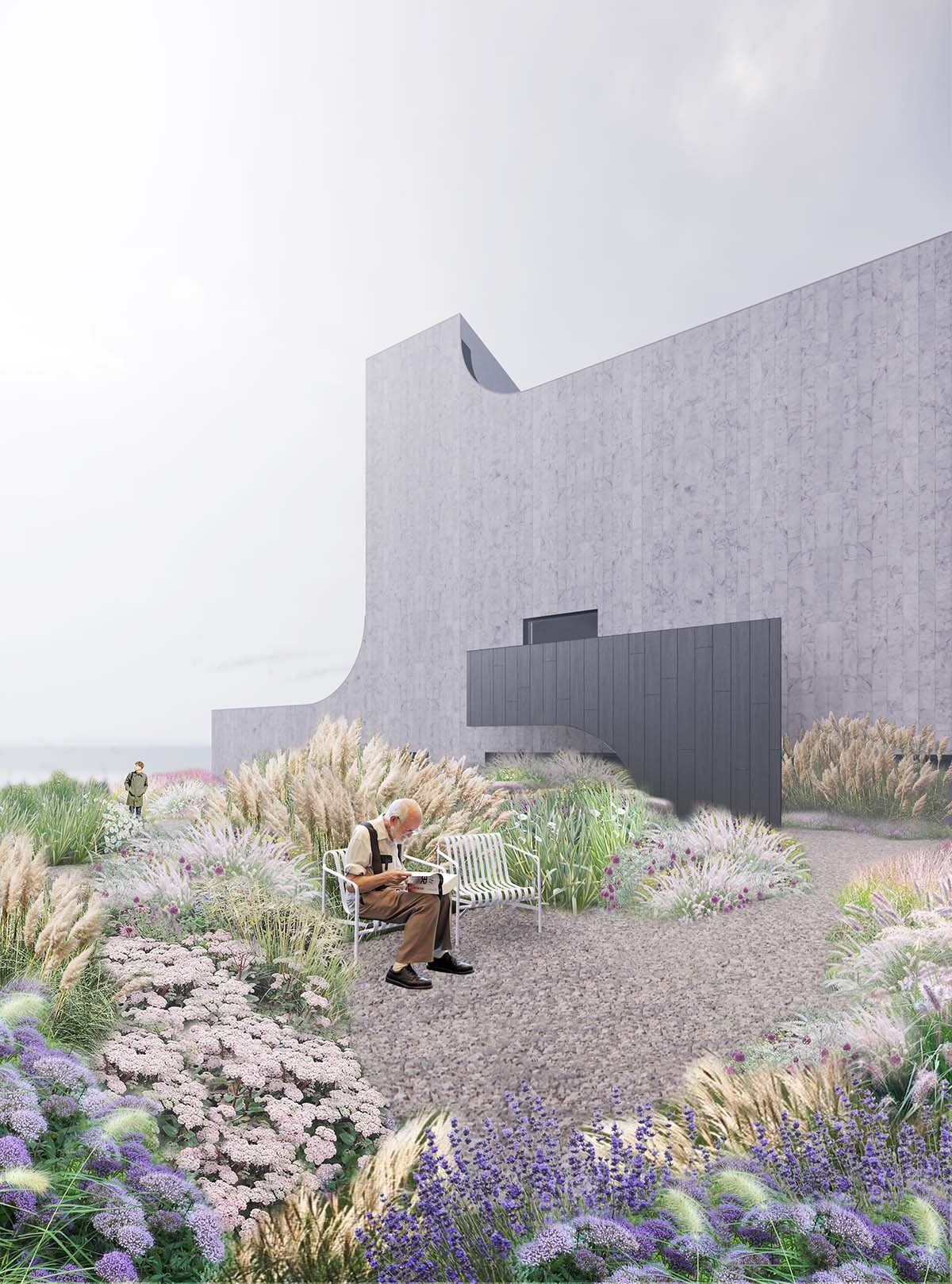 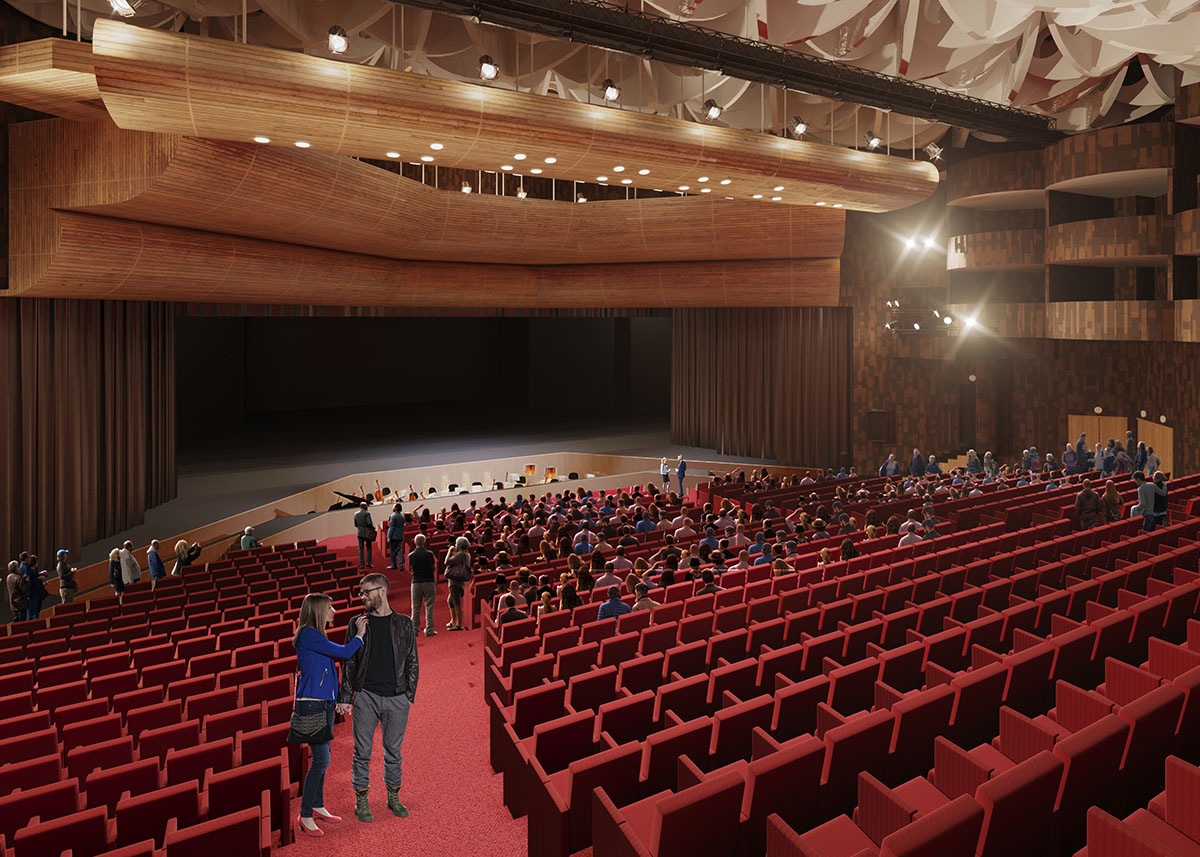 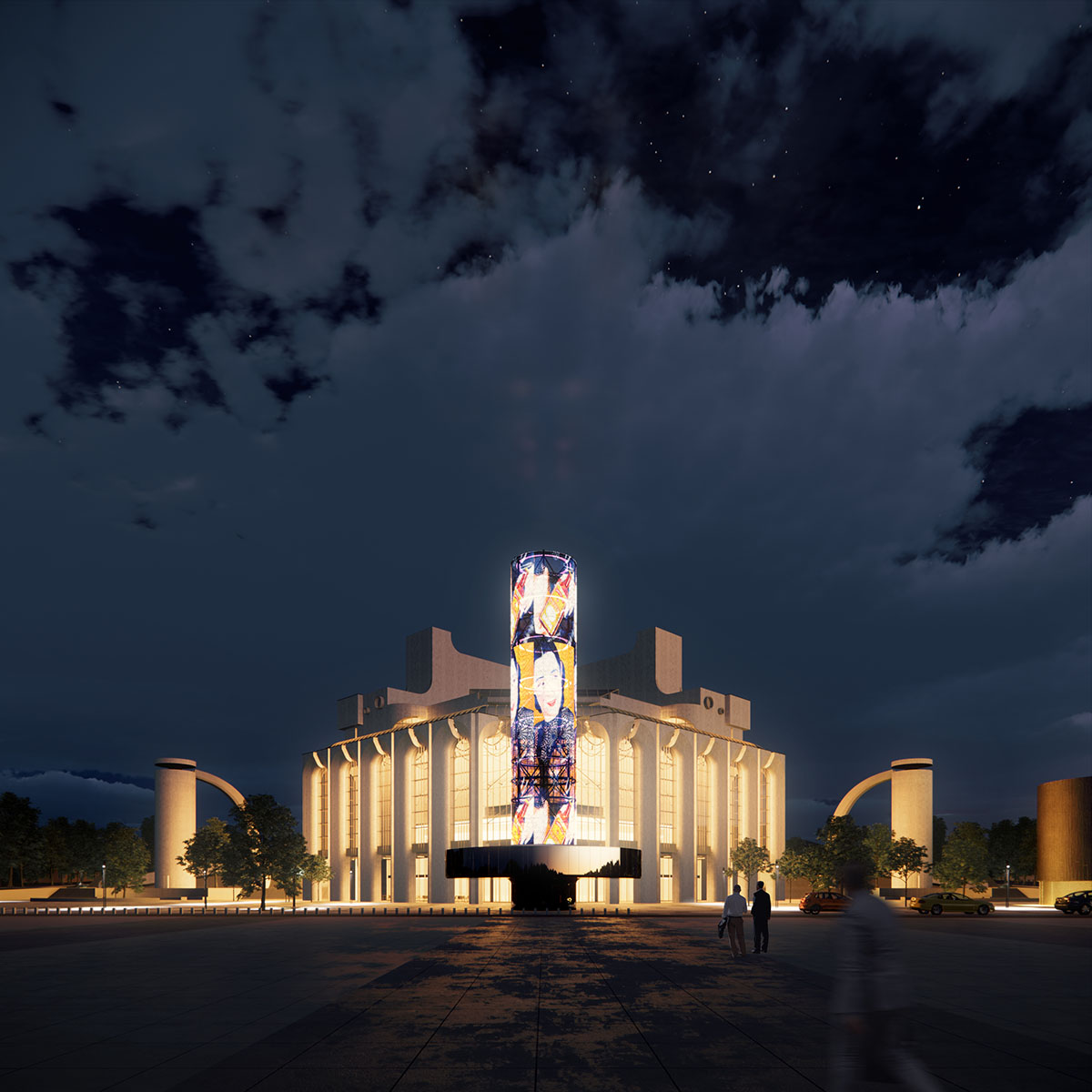 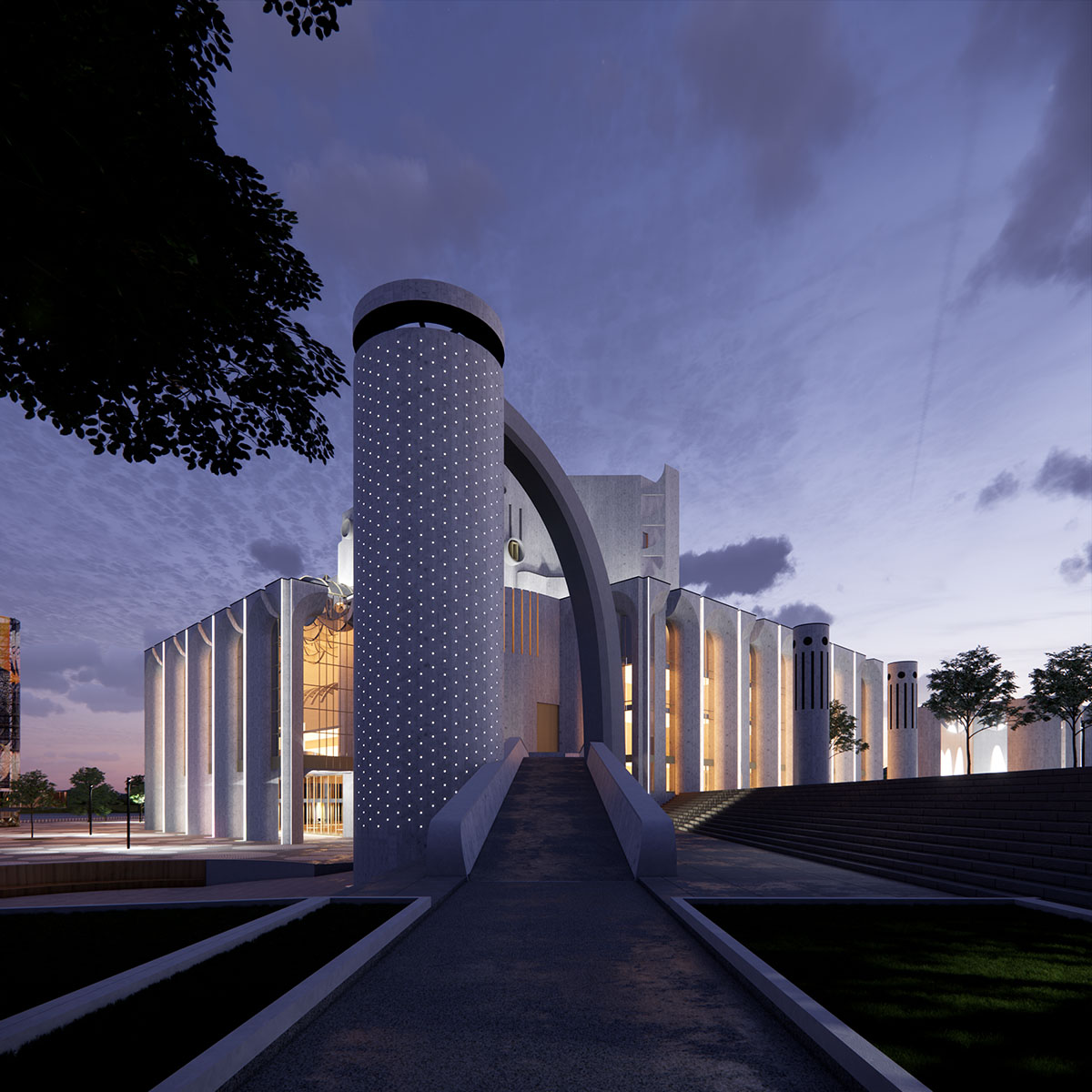 All images courtesy of Rhizome group