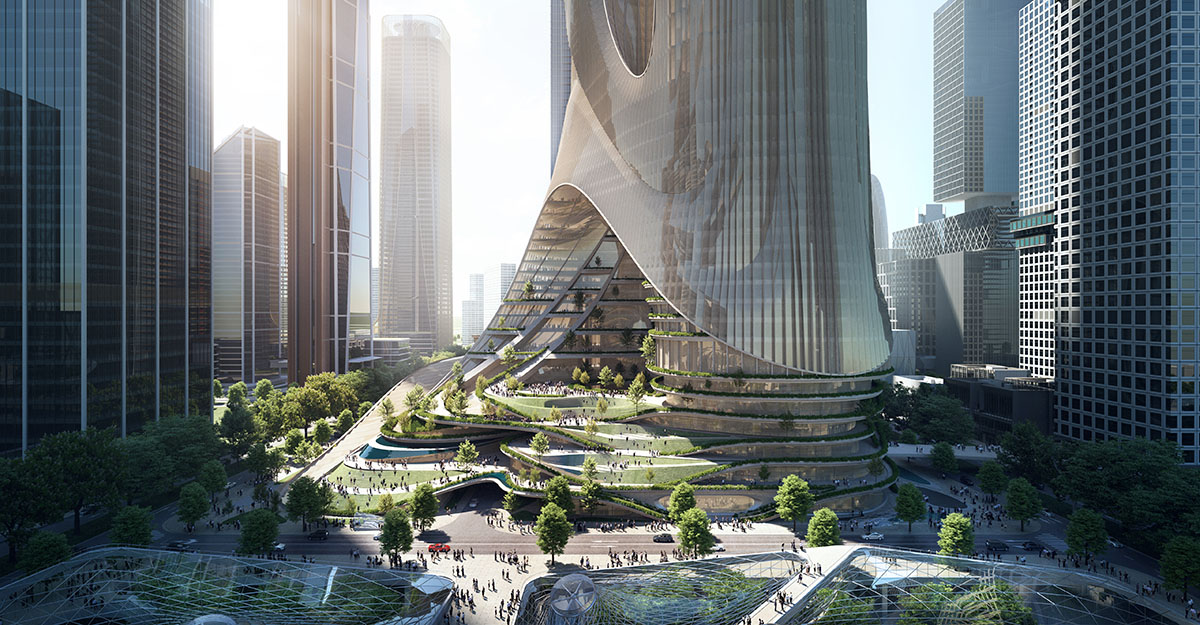 Zaha Hadid Architects has won a design competition for a new tower at Shenzhen Bay Super Headquarters Base, Shenzhen, China.

The towers' program will include venues for international conferences, exhibitions, cultural and art programmes, while the headquarters' base will incorporate residential developments, a transportation centre, botanical grasslands, and coastal zone with wetlands. 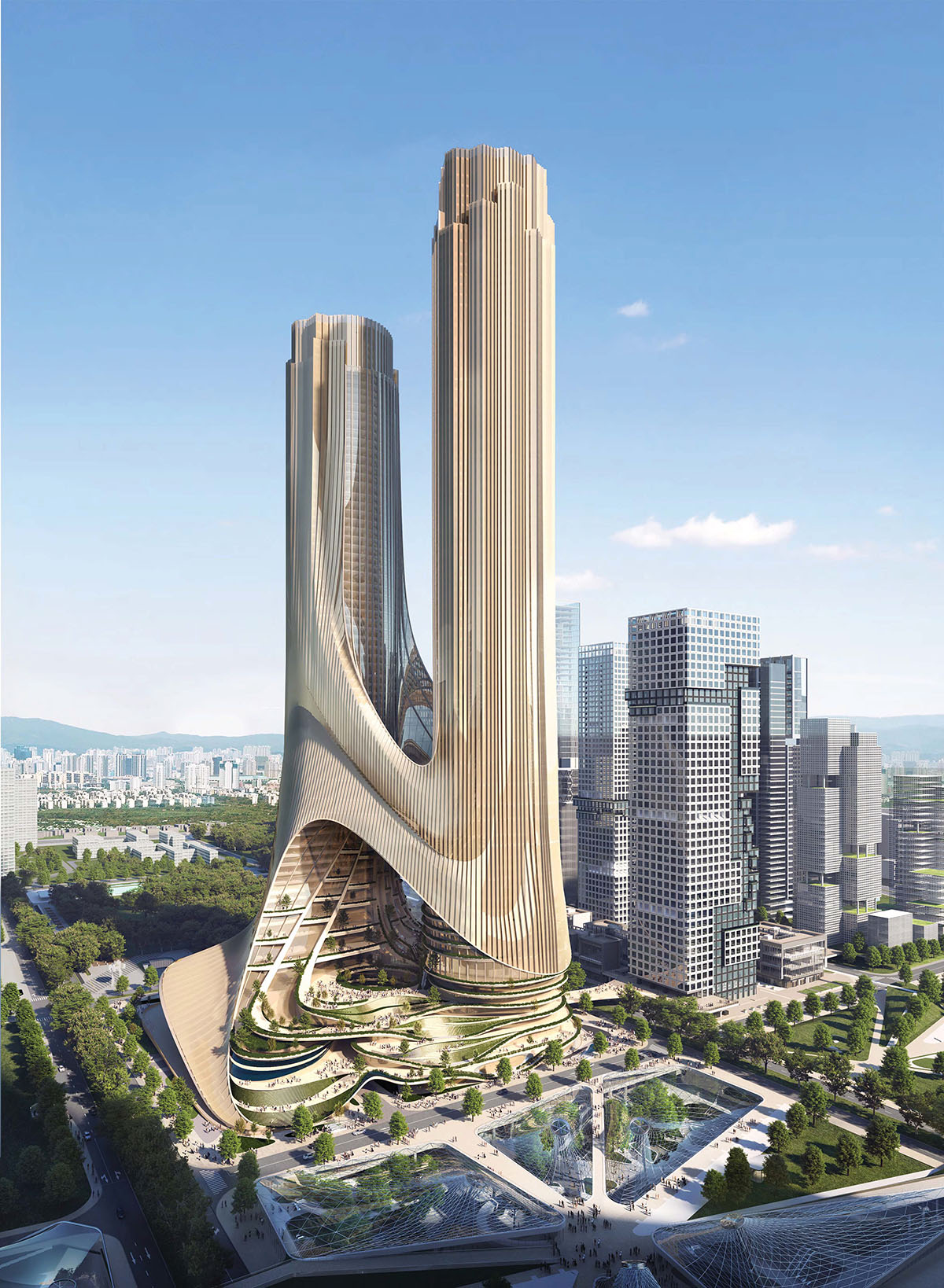 "Tower C by Zaha Hadid Architects within the Shenzhen Bay Super Headquarters Base responds to its location at the intersection of the city’s planned north-south green axis and Shenzhen’s east-west urban corridor."

The tower will be connected directly with its adjacent park and plazas which transform into a terraced landscape extending upwards within its two towers.

Through its cut-out volume at the base, the design invites the public into the heart of the building where cultural and leisure attractions are housed in sweeping bridges that tie the towers together and give panoramic views of the city.

"Served by the expanding Shenzhen Metro network, Tower C’s stepped podium integrates with the park to create a new public space for this dynamic city that has grown to become a global centre of technology innovation," added ZHA.

Uniting the park’s landscapes with the civic plazas of the tower’s lower levels provides direct pedestrian access and daylight to the public transport interchange below ground."

"The double-insulated, unitised glass curtain wall of Tower C’s design steps the glazing as vertical channels for self-shading and incorporates ventilating registers within the channels that draw outside air through operable cavities; providing natural and hybrid ventilation with very effective environmental control for each floor," added the firm. The design will include energy-efficient systems and will be connected with the district’s smart management systems that continually monitor external and interior conditions, indoor environmental controls which will adjust in real time to reduce energy consumption with high-efficiency equipment and chiller plant optimisation within the district’s central networks.

The design will also incorporate water-collection and recycling as well as photovoltaics to harvest solar energy for the district.

On all terraced levels, there will be aquaponics gardens that will biologically filter contaminants from the local environment and low-volatile organic compound materials will be installed to minimise indoor pollutants and particulates. 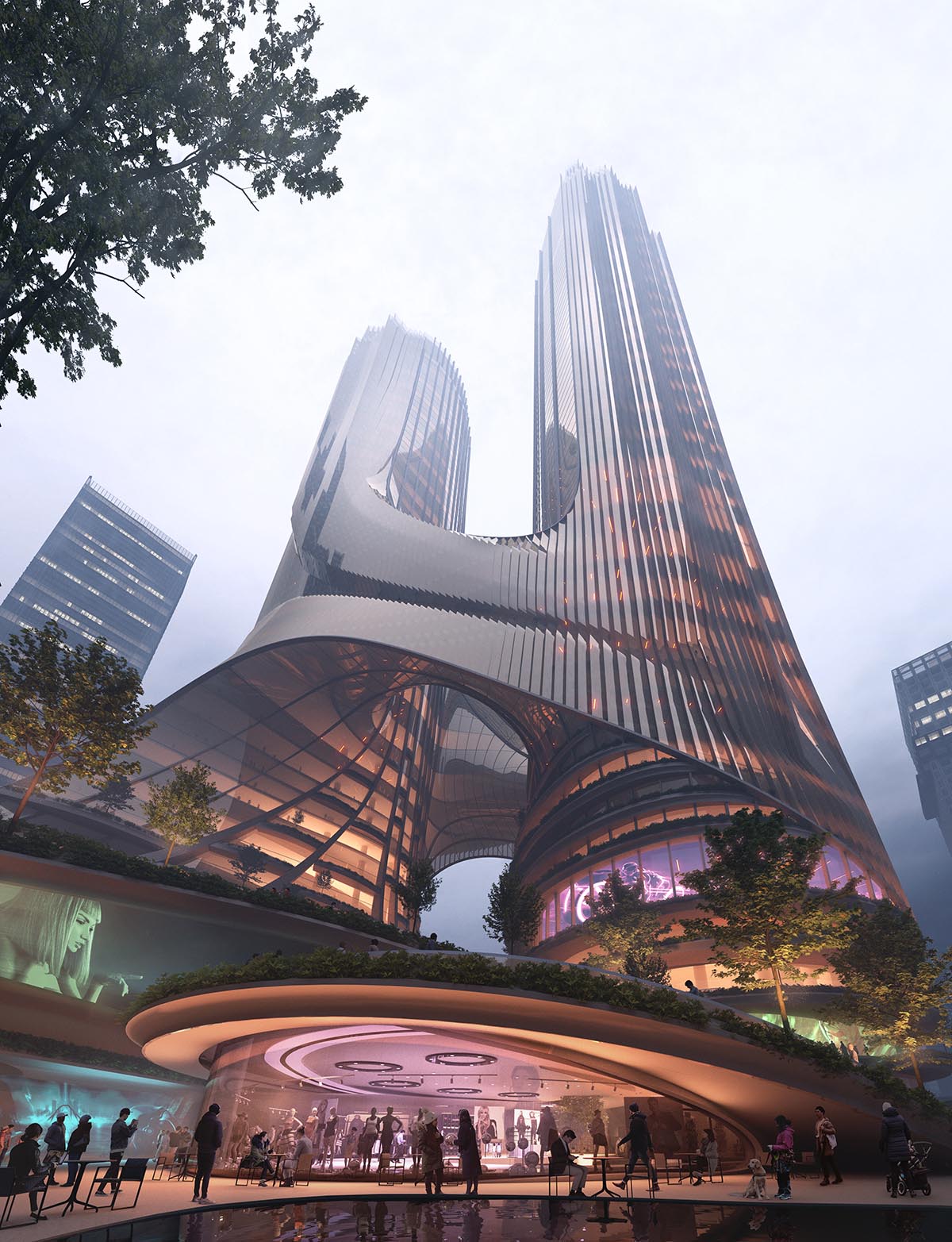 "Continuing the district’s ambitions for optimal integration throughout all aspects of the development to increase efficiencies and well-being, Tower C’s procurement will also target embodied carbon reductions and recycled materials," added the firm.

The design of Tower C integrates the city and nature within its central green axis with the transit orientated development (TOD) of Shenzhen’s new spine, creating a ‘superscape’ that will become a tower of the future within the Super Headquarters Base.