MAU Architecture reveals competition proposal for "project within a project" in Thessaloniki, Greece 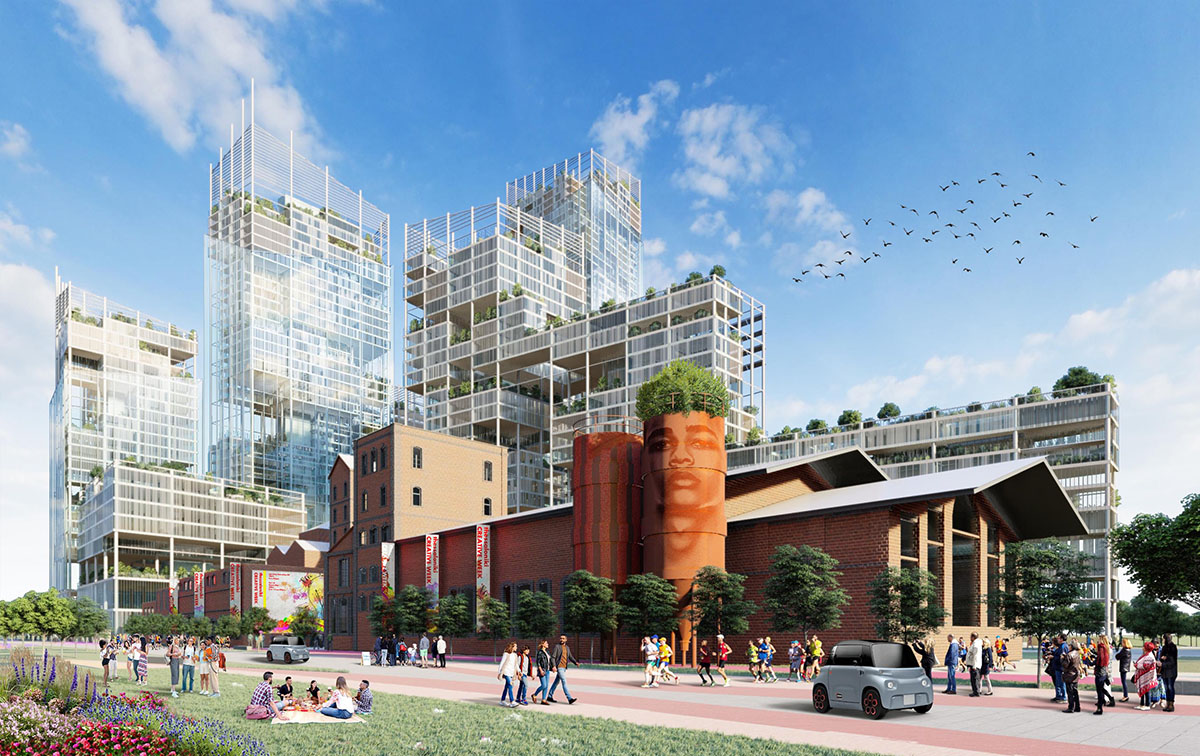 MAU Architecture has revealed its competition proposal for "project within a project" in Thessaloniki’s western coastal side in the new Central Business District (CBD).

Called T-WAVE - Embracing The Tradition, Building Green For The Future, the project, developed with with F&M Ingegneria Spa and Marsiglilab, received Honorable Mention in Arxellence 2 International Architecture Ideas Competition, endorsed by the International Union of Architects (UIA) and was carried out in constant and close cooperation with UIA’s International Competitions Commission (ICCCouncil). 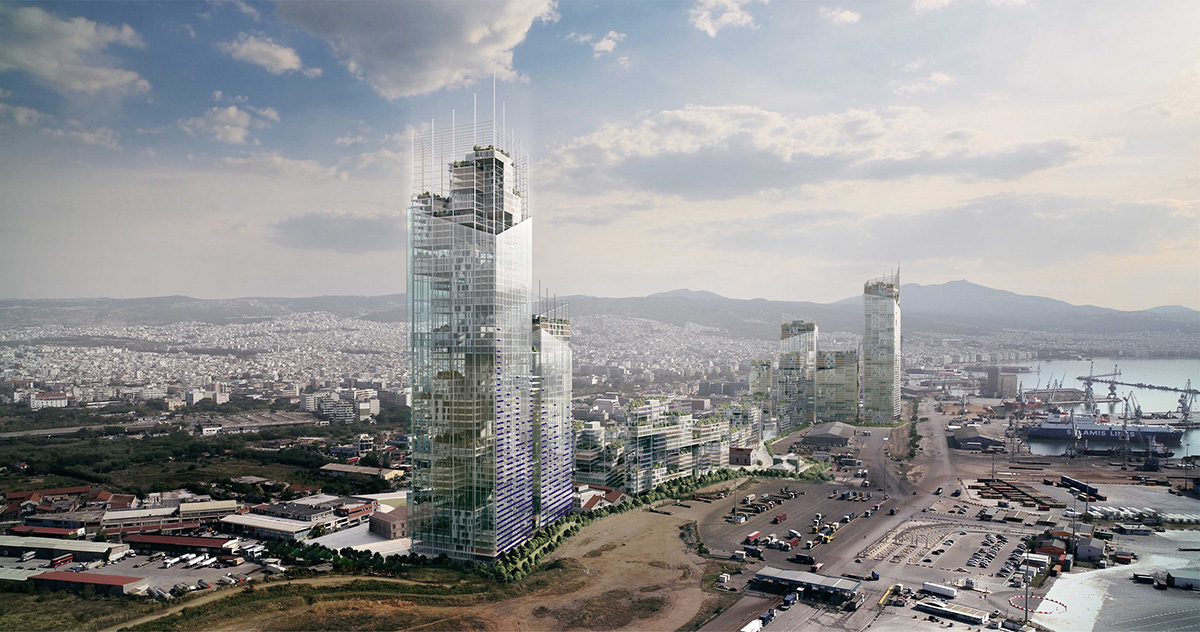 The innovative and harmonious idea is based on the topic about of the conflicts between man and nature, between rebirth and memories, innovation and environment. Open green spaces and harmony between the buildings are the project of the general plan.

The park and the green areas will be the elements in common, the link that holds together the various parts of the new intervention, starting from via 26 october which becomes an important boulevard, an element of gentle mobility that reconnects the city to the project area. 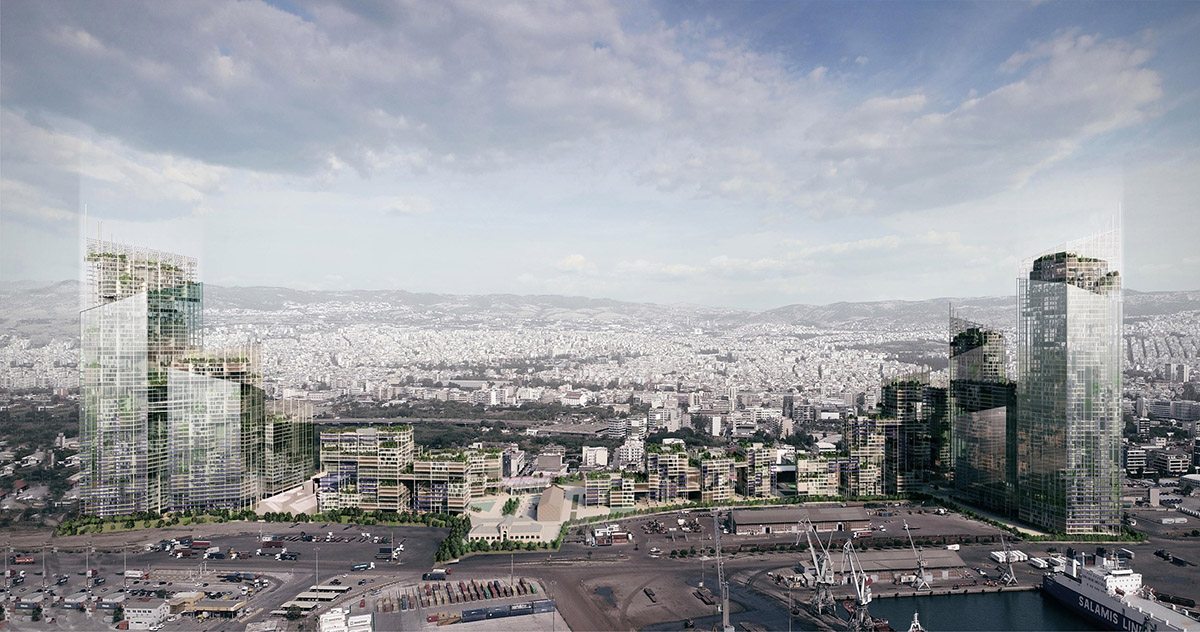 This intervention proposal is a “project within a project” which implies a harmonious integration with the rest of the urban space of the city.

The past and industrial commemoration must not be lost but must make use of a strong enhancement of all the historic buildings that will finally be given a new life, becoming areas for both public and private activities and services. 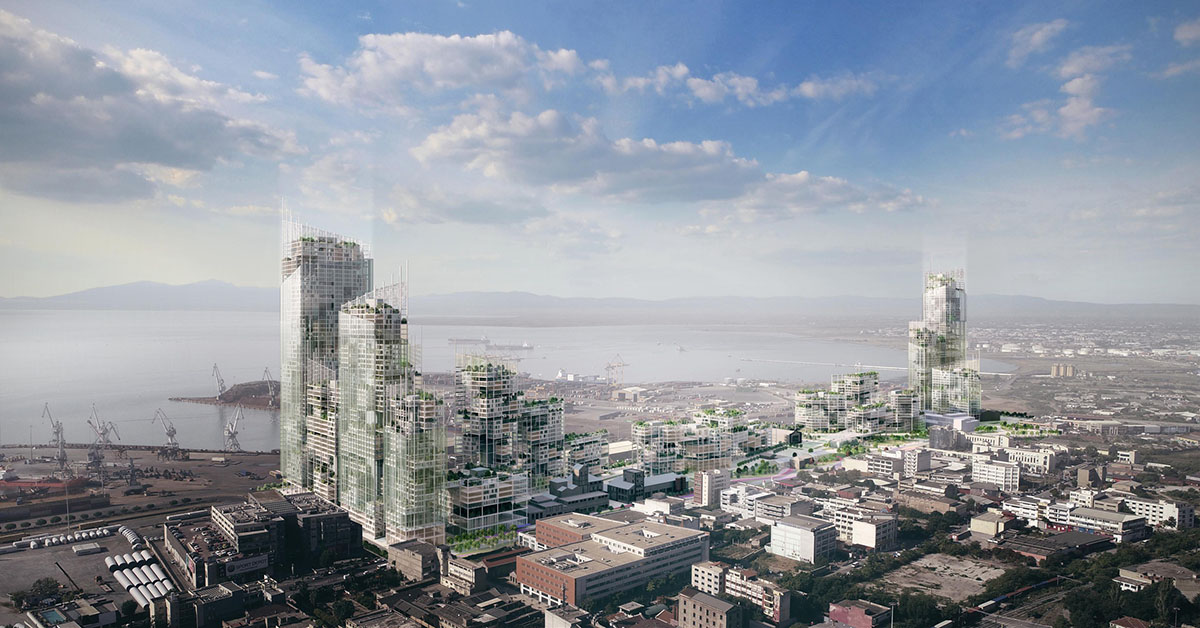 This intervention is a new part of the Big City, an opportunity for its rebirth. The project area reconnects an important strip of the city, it is a new center of gravity which proposes new relationships between the consolidated fabric on one side and the industrial port on the other.

The new project intervention is proposed to become an infrastructural HUB. The location is strategic and becomes easily accessible by any means of transport thanks to the inclusion of public service stations, bicycle and car sharing stations. Current and future residents will benefit from the use of self-driving electric rental cars that will be made available to reach the places of interest in Thessaloniki. Less cars for a more efficient and sustainable service. 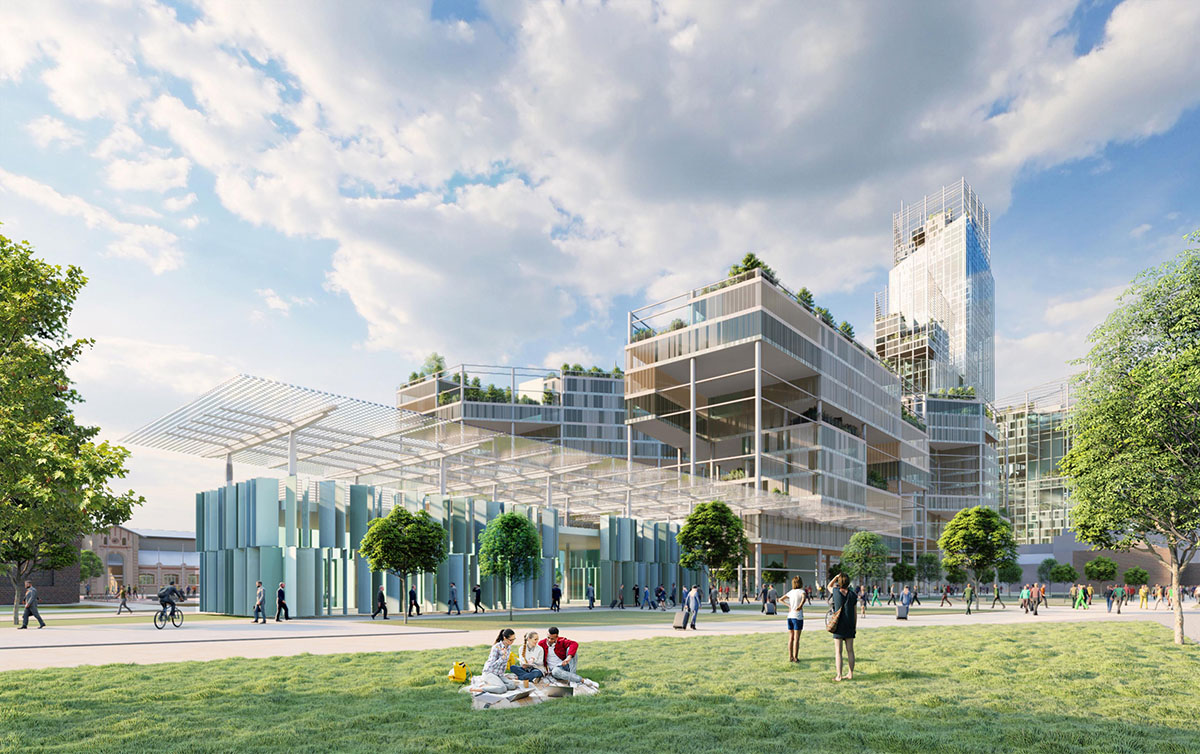 The intervention is conceived as a large urban regeneration project that favors a functional and social mix and welcomes many activities within it, in an accessible and selfufficient district from the point of view of clean energy, water, and all urban public services. 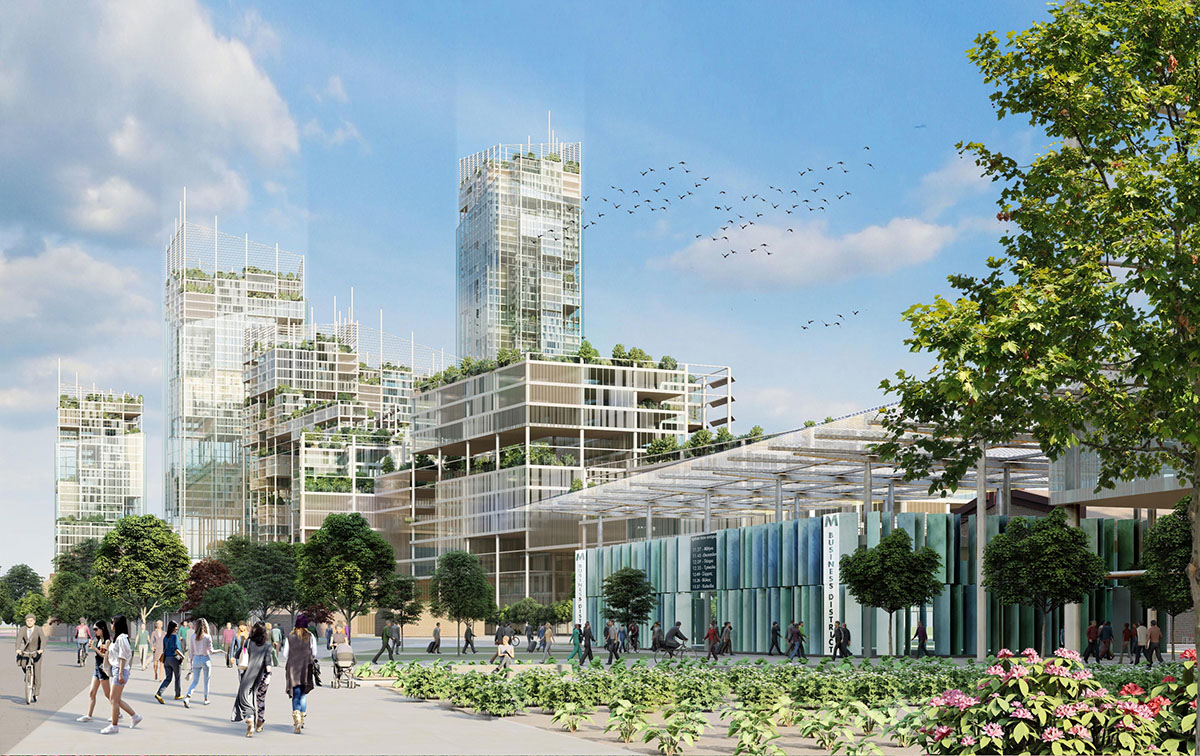 It develops along one of the central green backbones (boulevard) and a green infrastructure dedicated to gentle mobility (via 26 october) The ground floors of the buildings are characterized by commercial and public activities, by accesses to residential, sports and work spaces and numerous dehors, emphasizing total accessibility to all areas of the neighborhood. 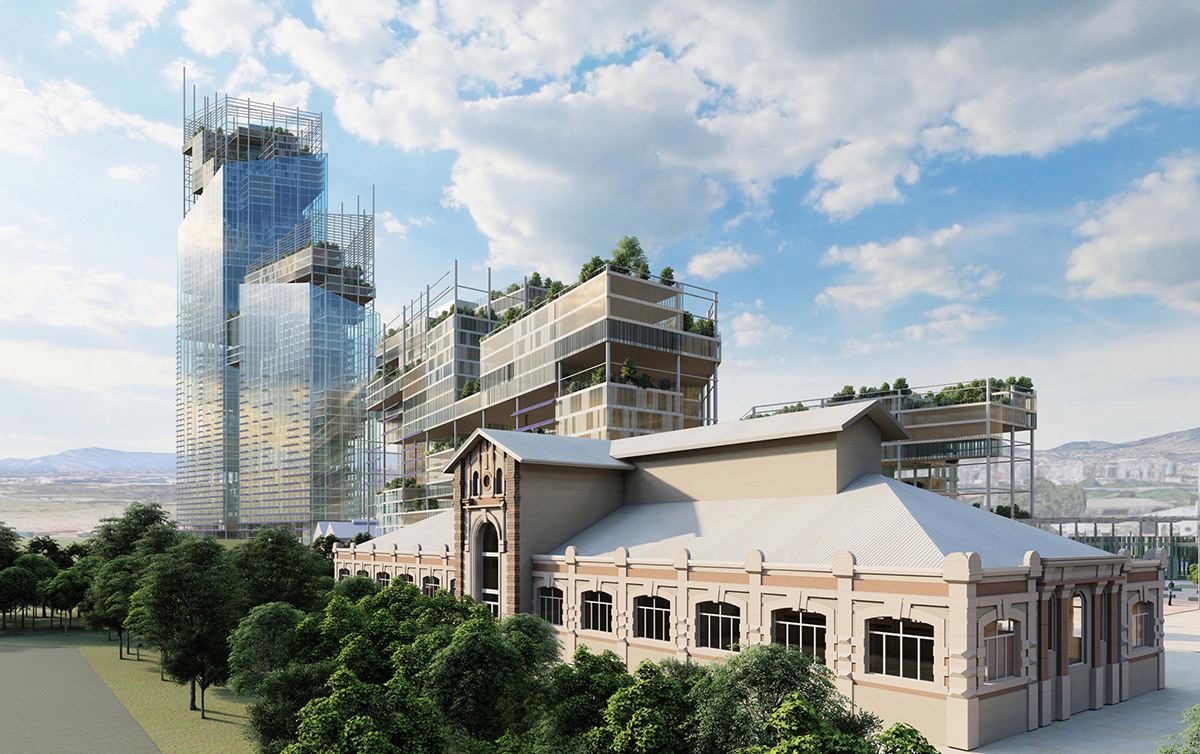 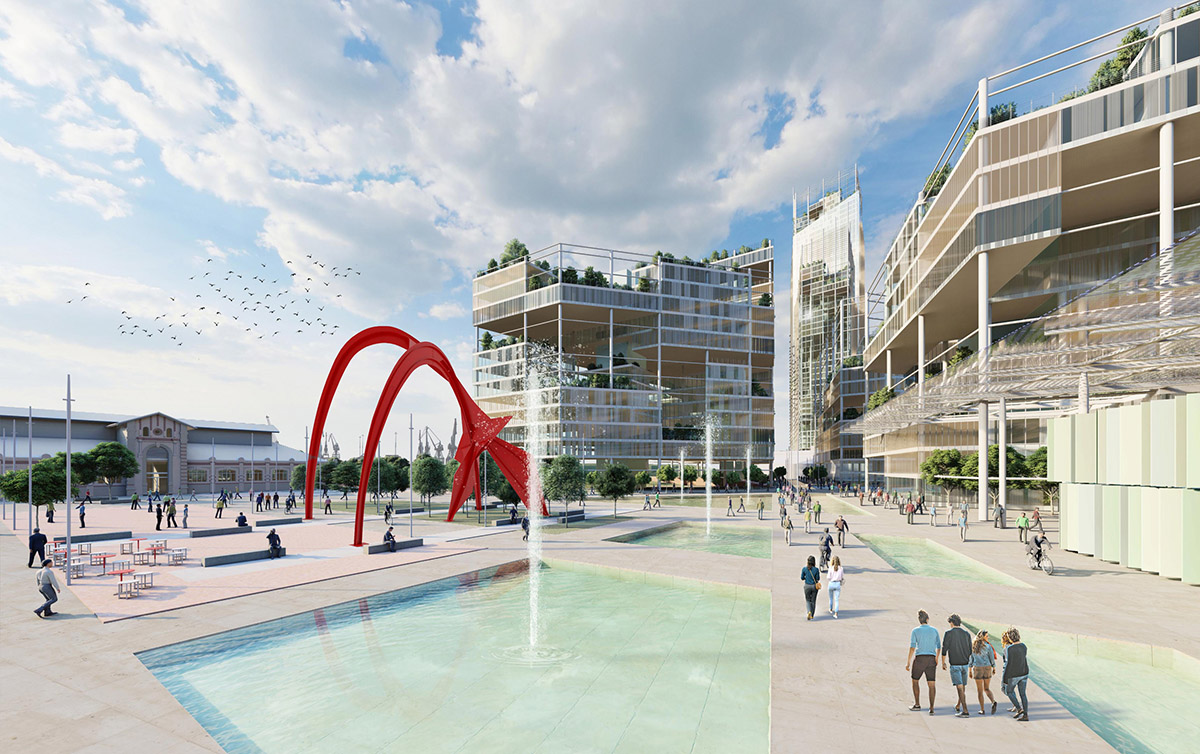 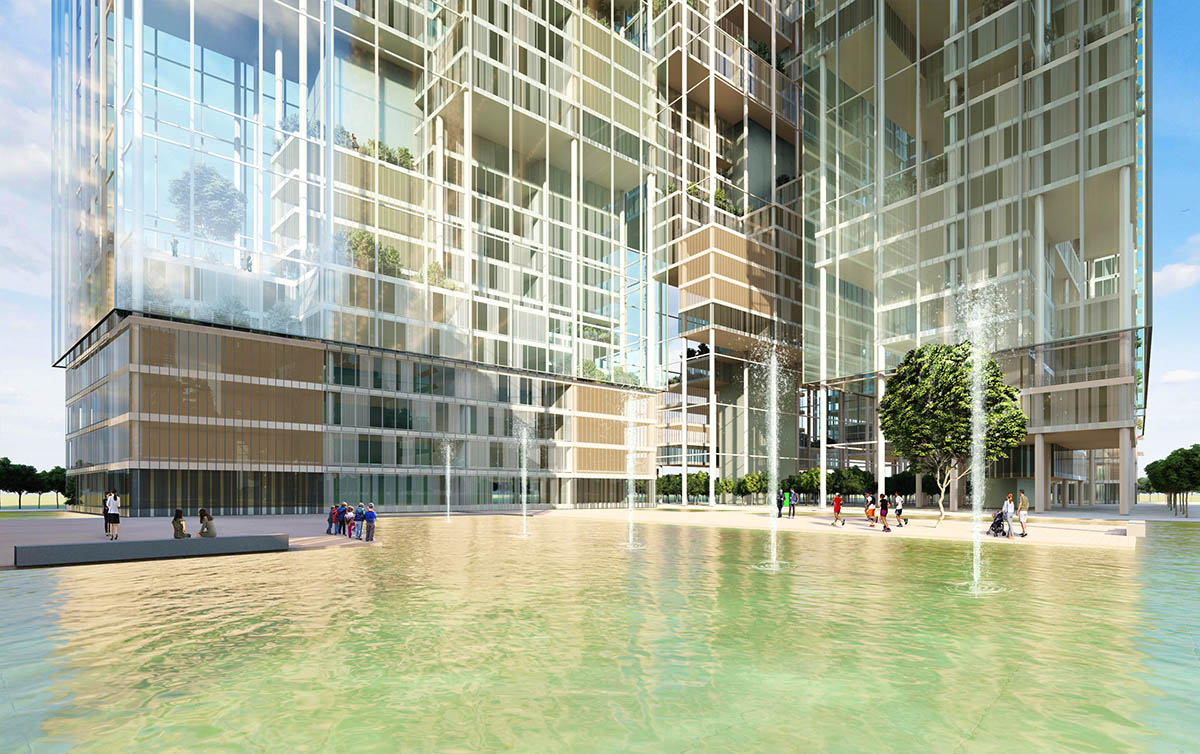 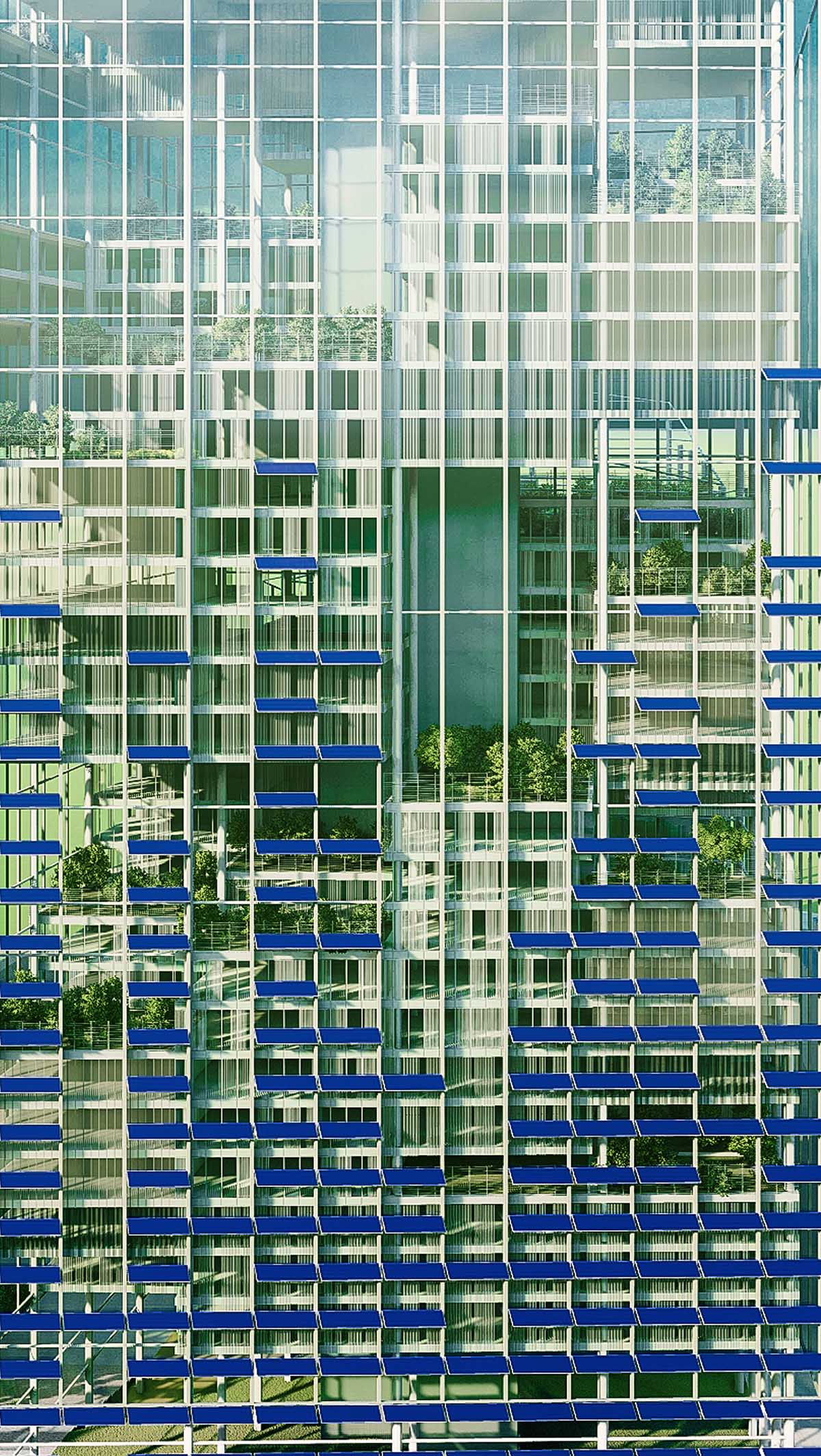 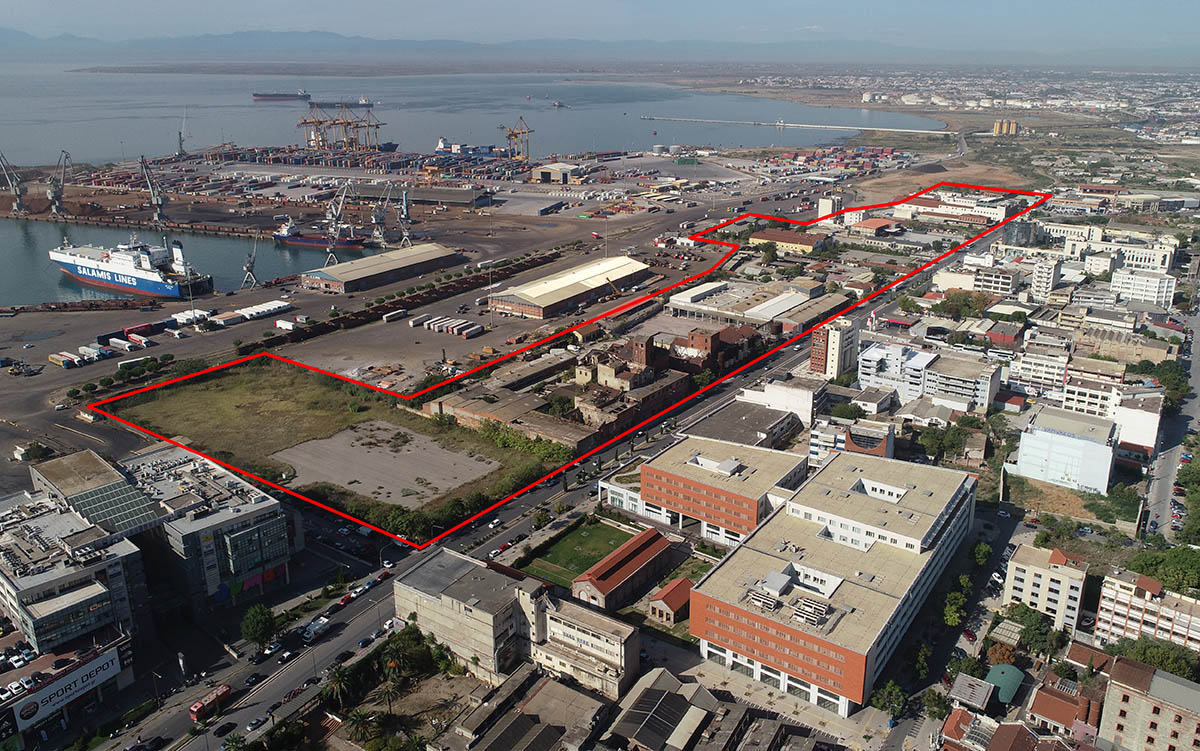 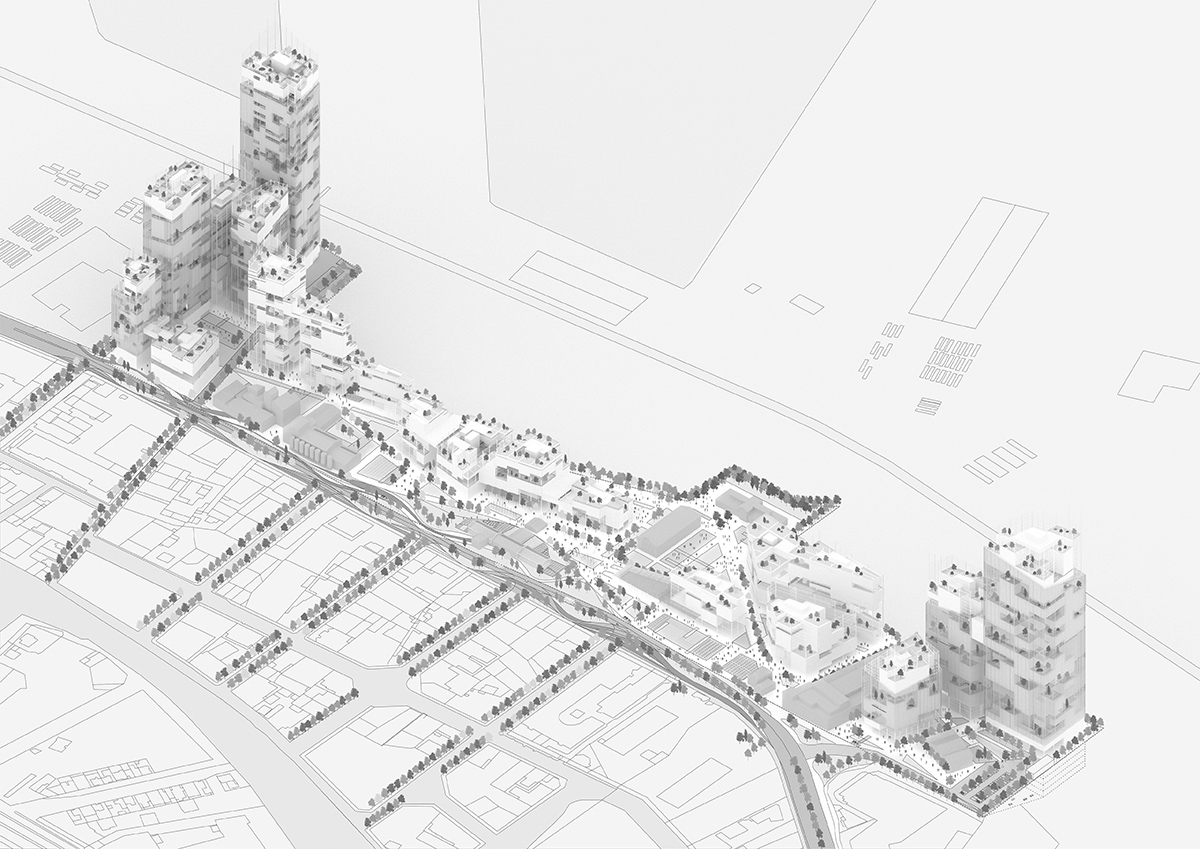 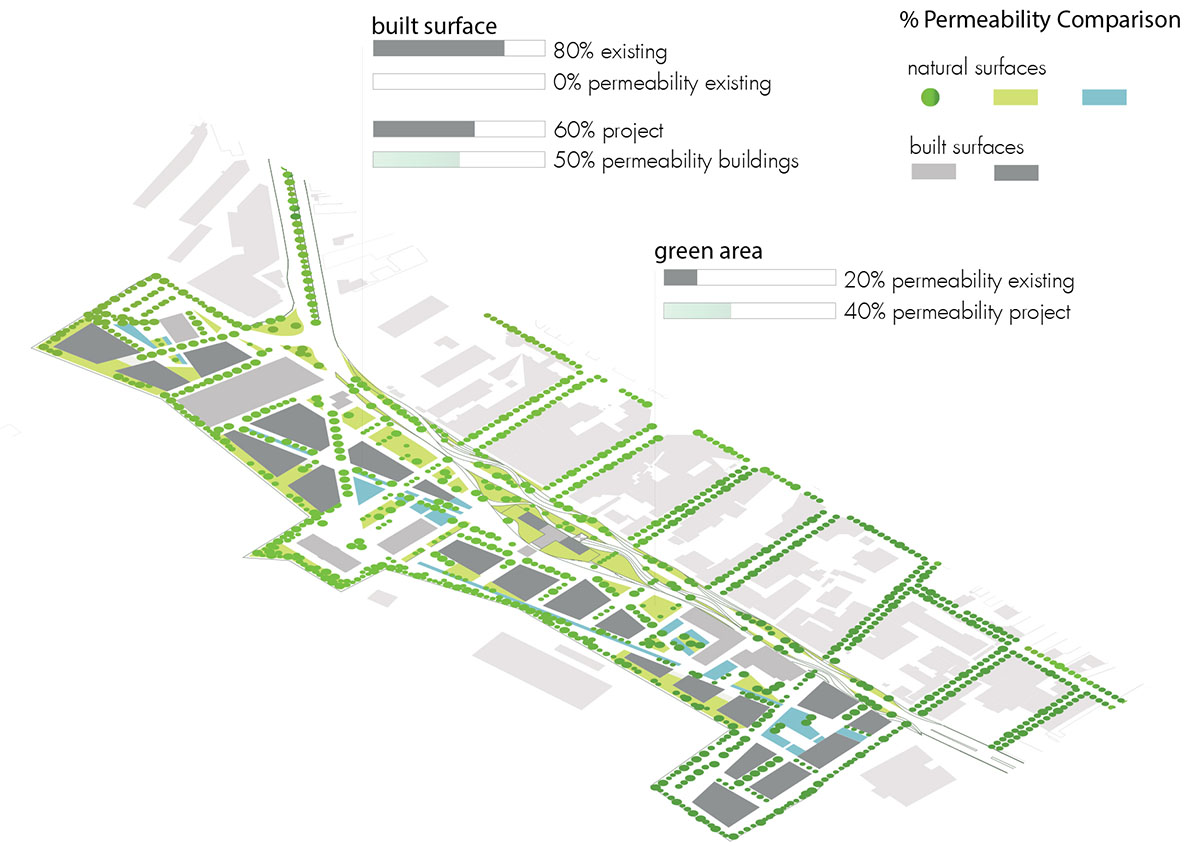 All images courtesy of MAU Architecture