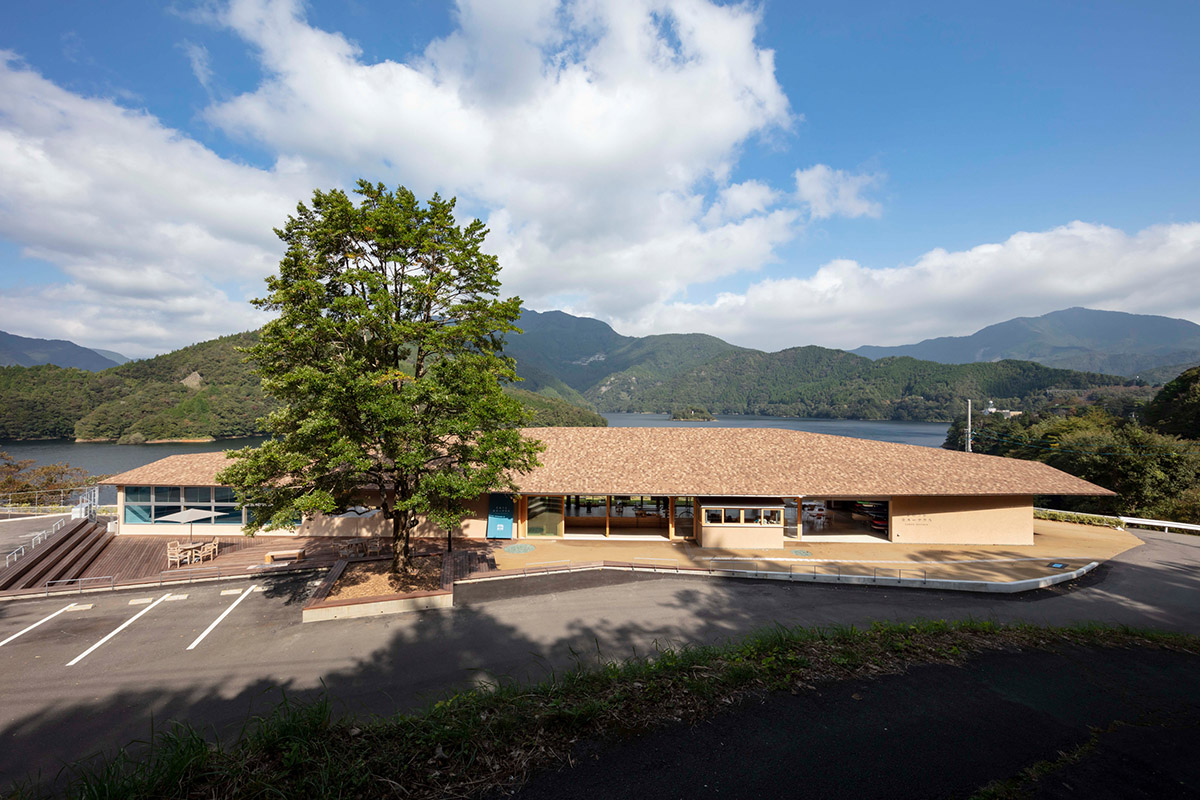 Named Sameura Canoe Terrace, the 412-square-metre building features a large roof that awakens the resources that sleep in the area. 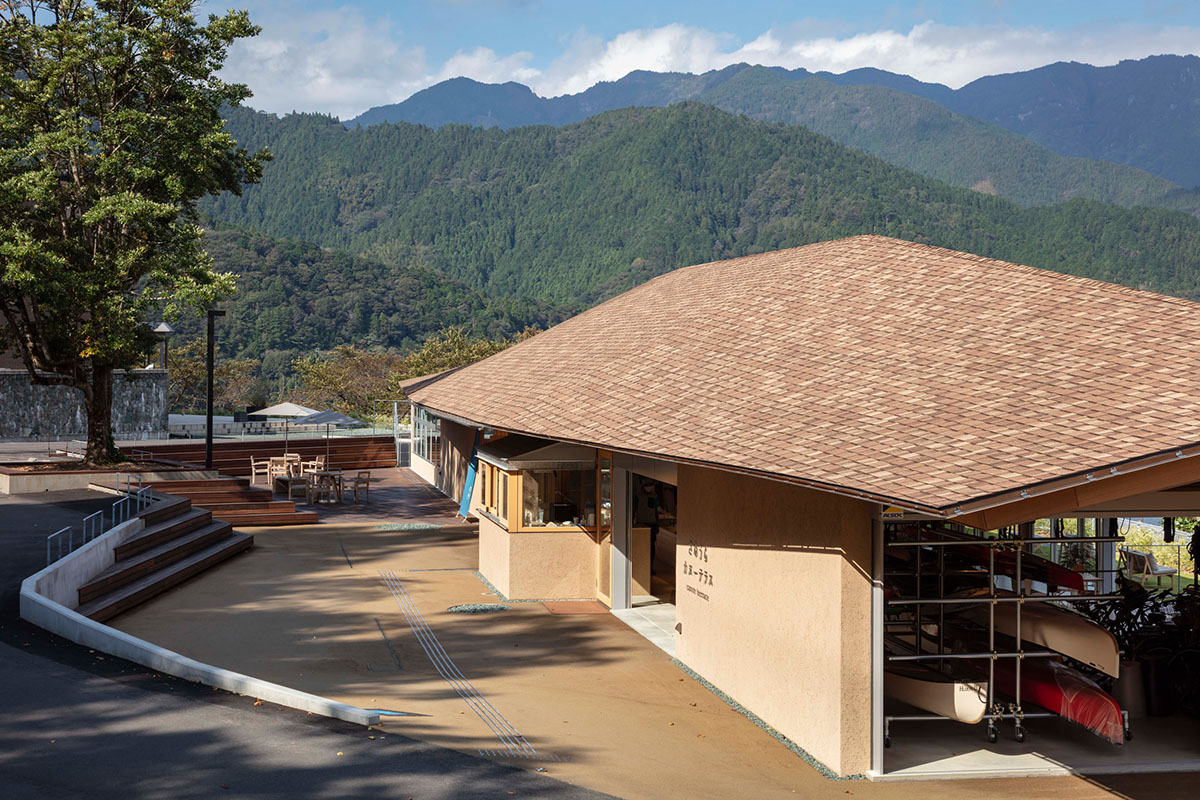 The architects have slightly modified the natural environment to acquire a new living environment that is one with nature.

Lake Sameura, which symbolizes the Reihoku region, is like a water bottle that supports the lives of the Shikoku region, and the natural topography and dams are mixed together to form a magnificent lake surface environment. 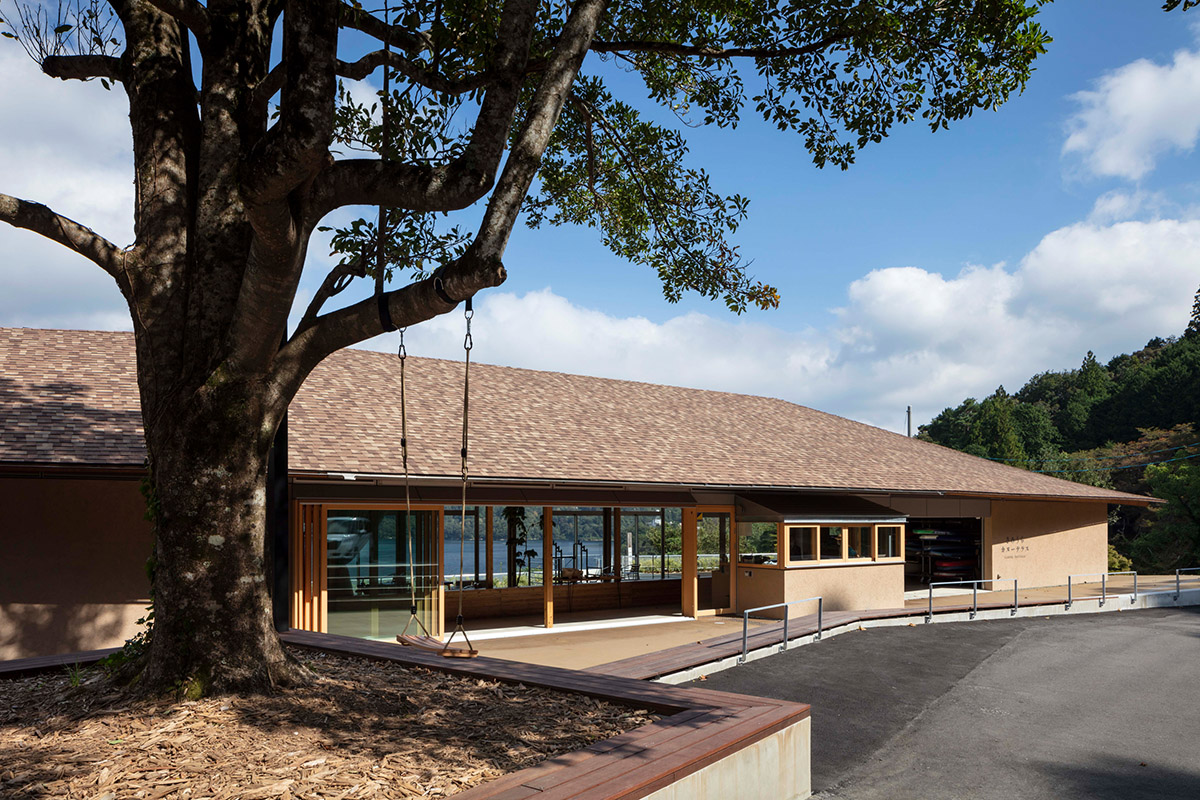 "Rice terraces in Aikawa, which are also one of the fascinating landscapes of the region, have been modified by people on the natural slopes to create a splendid paddy field landscape in the steps," the architects added.

"It can be said that the lives of the open people are integrated into the existing landscape of the Reihoku region, forming a new living environment. That is the charm of the mountainous area." 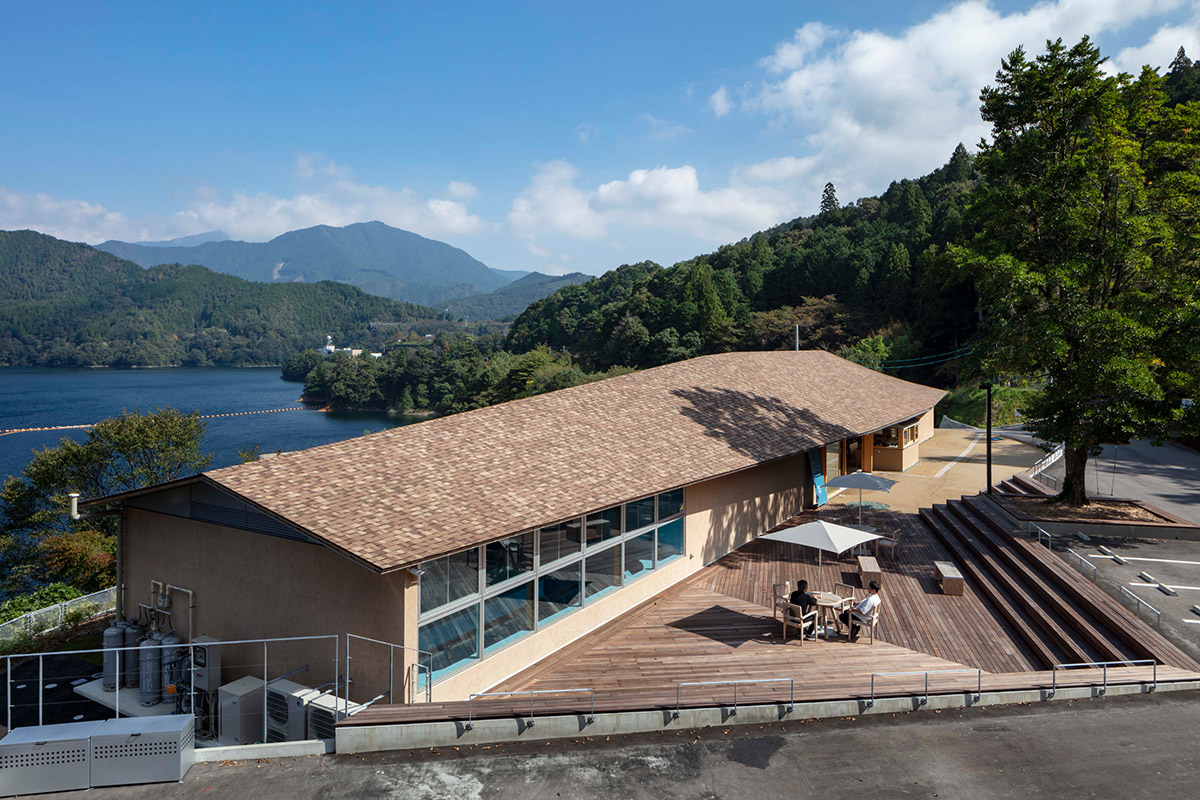 The former Sameura-so, which played the role of a youth house, was relocated to the adjacent land, and the architecture was inserted so as to weave them into the deformed terrain and the micro-topography such as exposed steps and retaining walls.

The team wanted to create a variety of places in a mixture of existing environment and architecture, rather than architecture cutting out the environment. 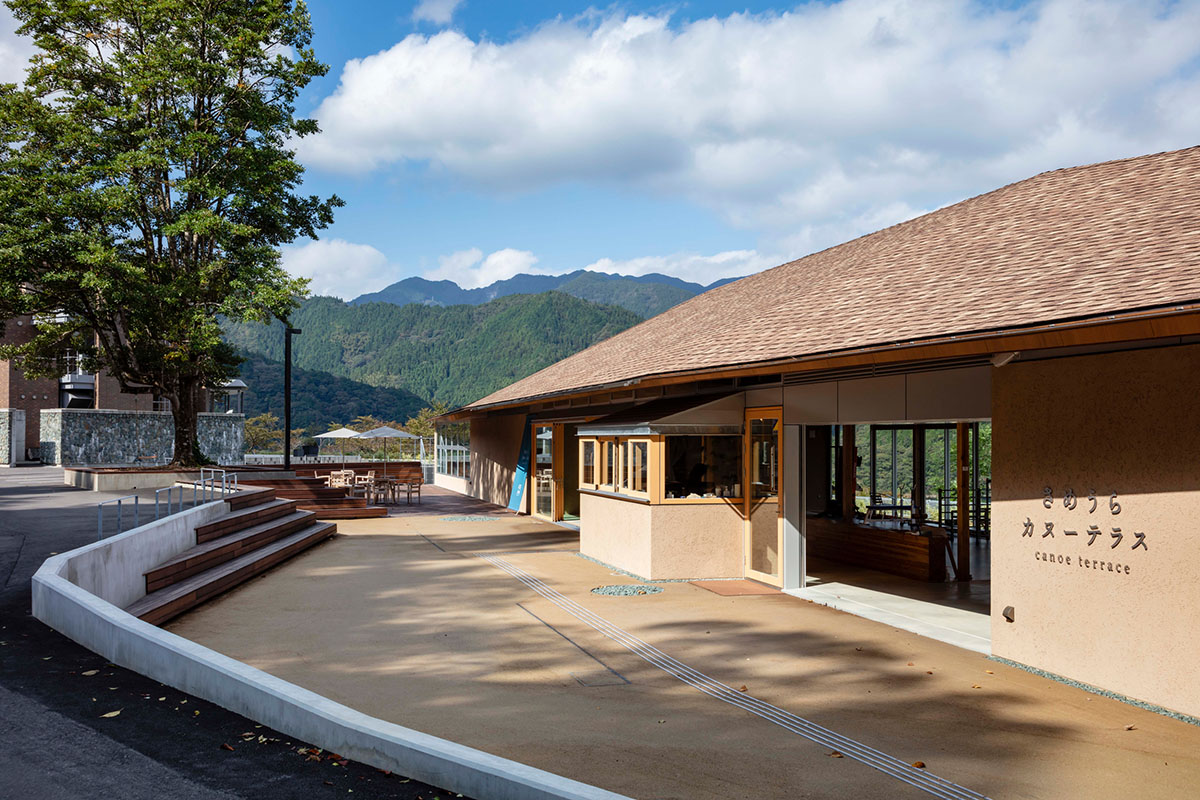 They designed a building that has a large floating roof that fits in with the surrounding mountains, the entire site, both inside and outside, functions as a facility that contributes to leisure and tourism as well as promoting competitive canoeing. 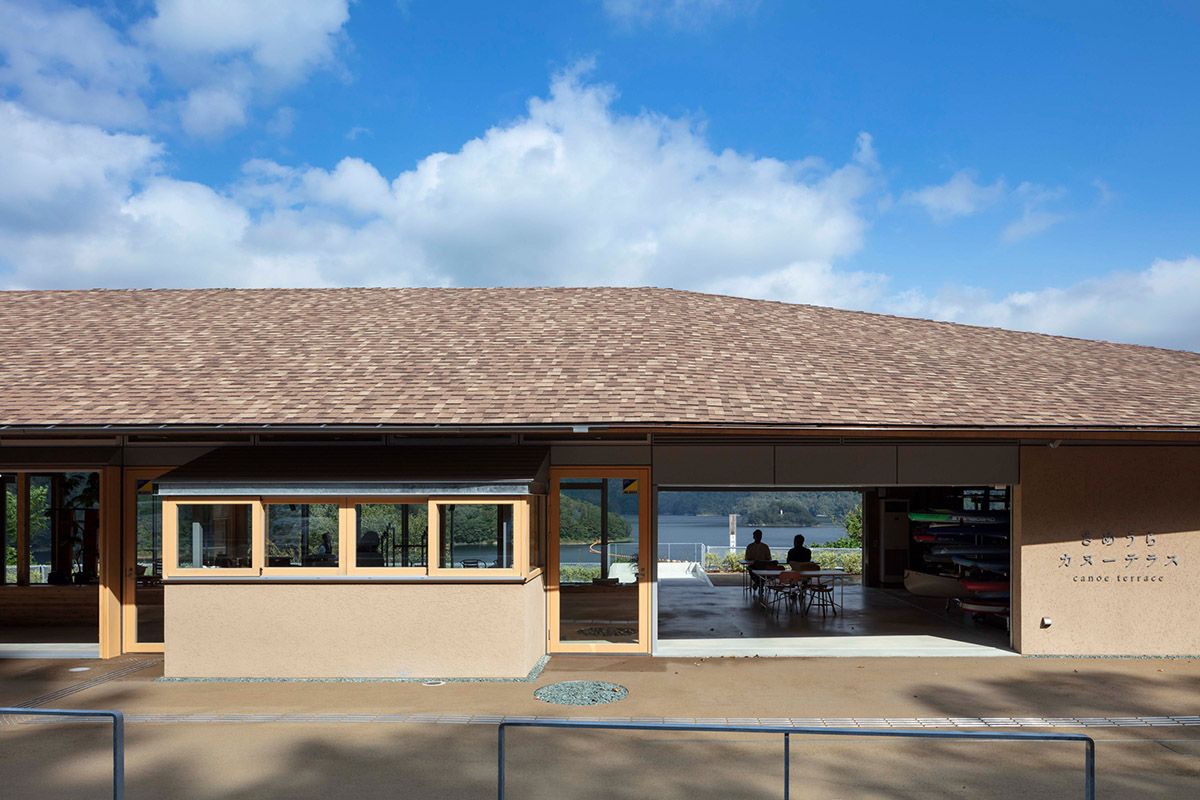 In the interior, the team kept the central space open to give a view of the lake surface which will serve as a guide base for outdoor activities, agriculture, and nature experiences in Tosa-cho town, and will be a place to accept flexible utilization.

At the same time, the large space under the eaves that protrudes creates various intermediate areas that contribute to those breaks and communication. 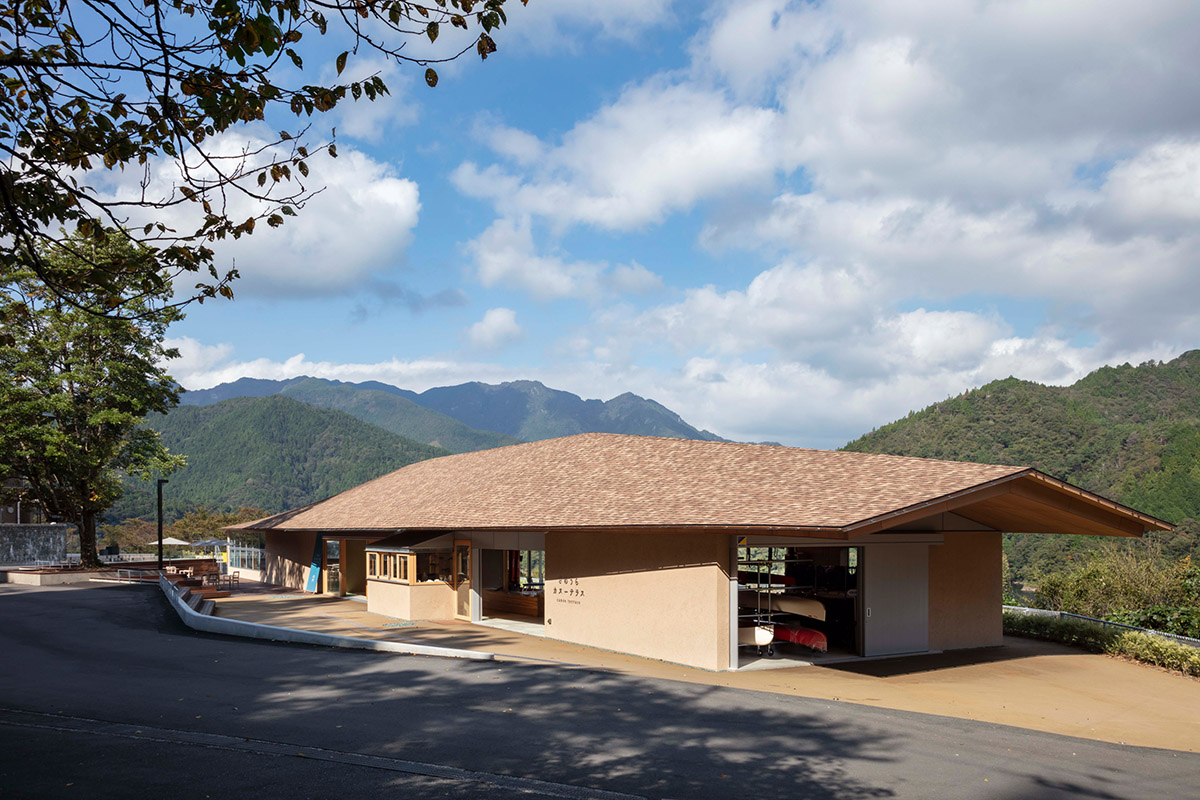 "We hope that facility operators and users will make full use of this place and lead to the promotion of competitive canoeing and the further development of sports tourism that the town is aiming for," added the team. 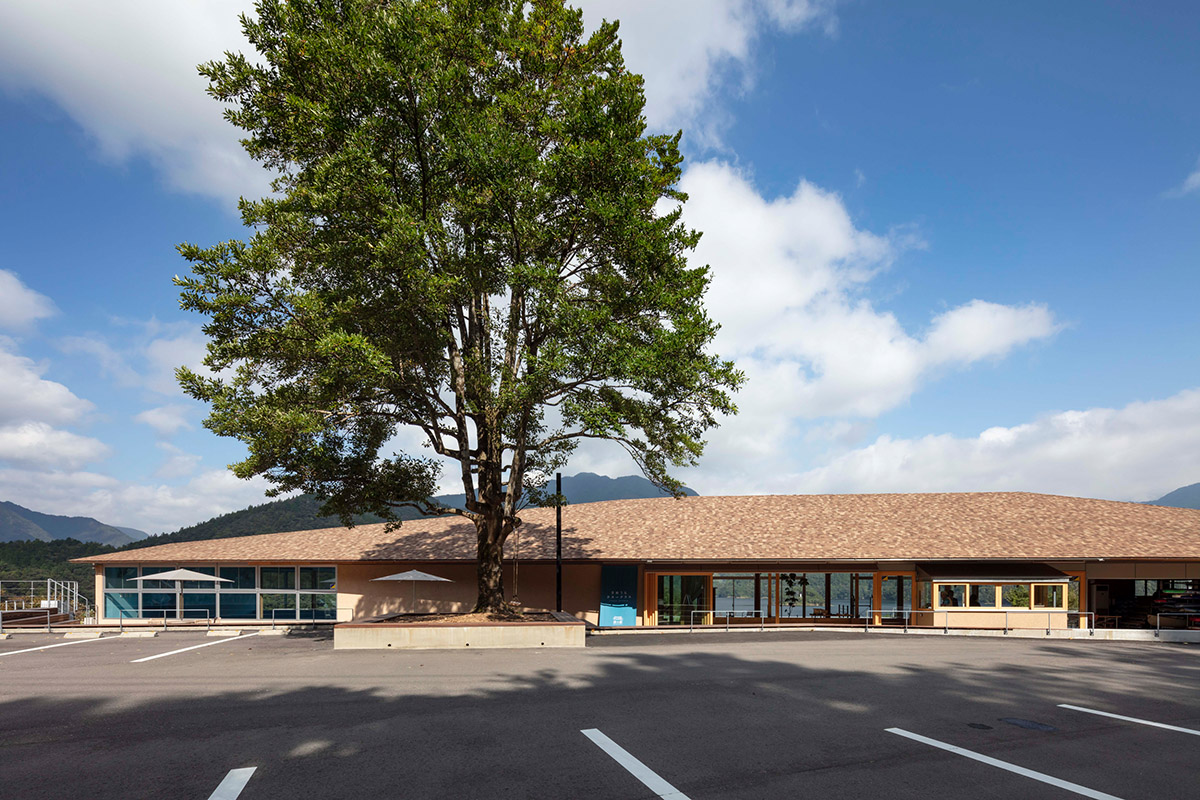 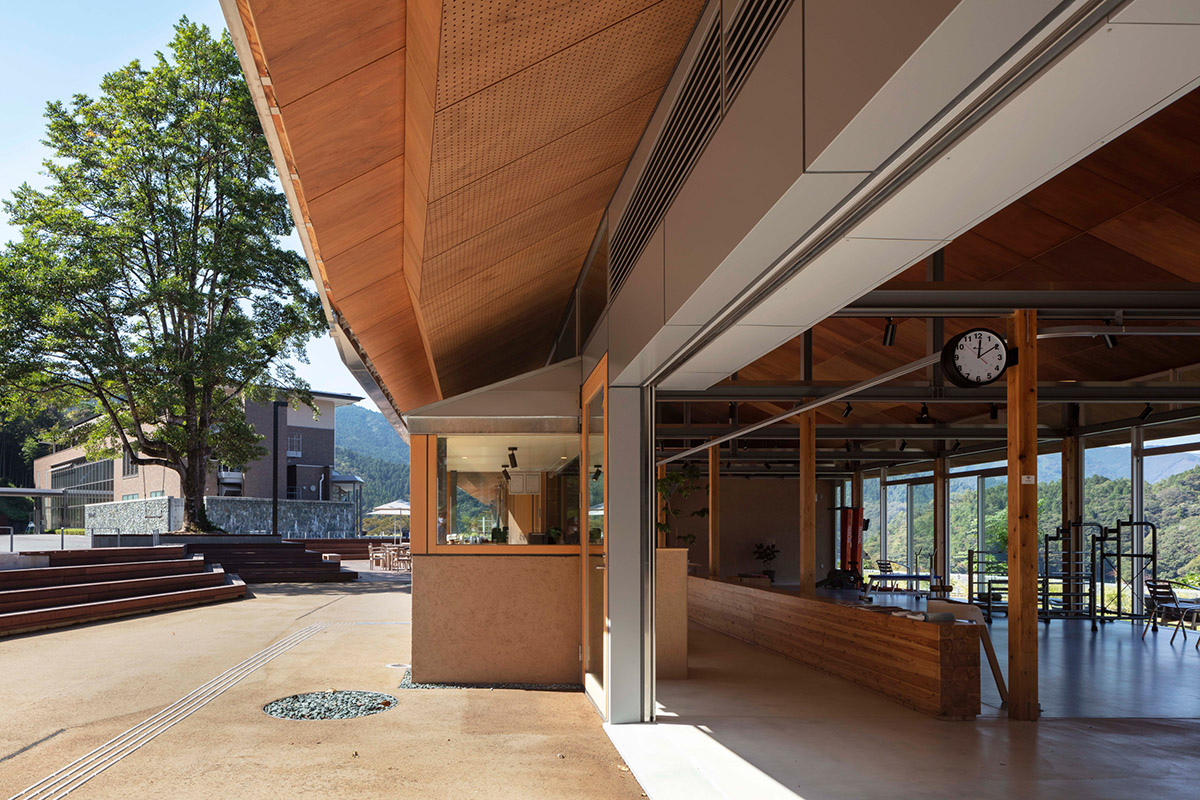 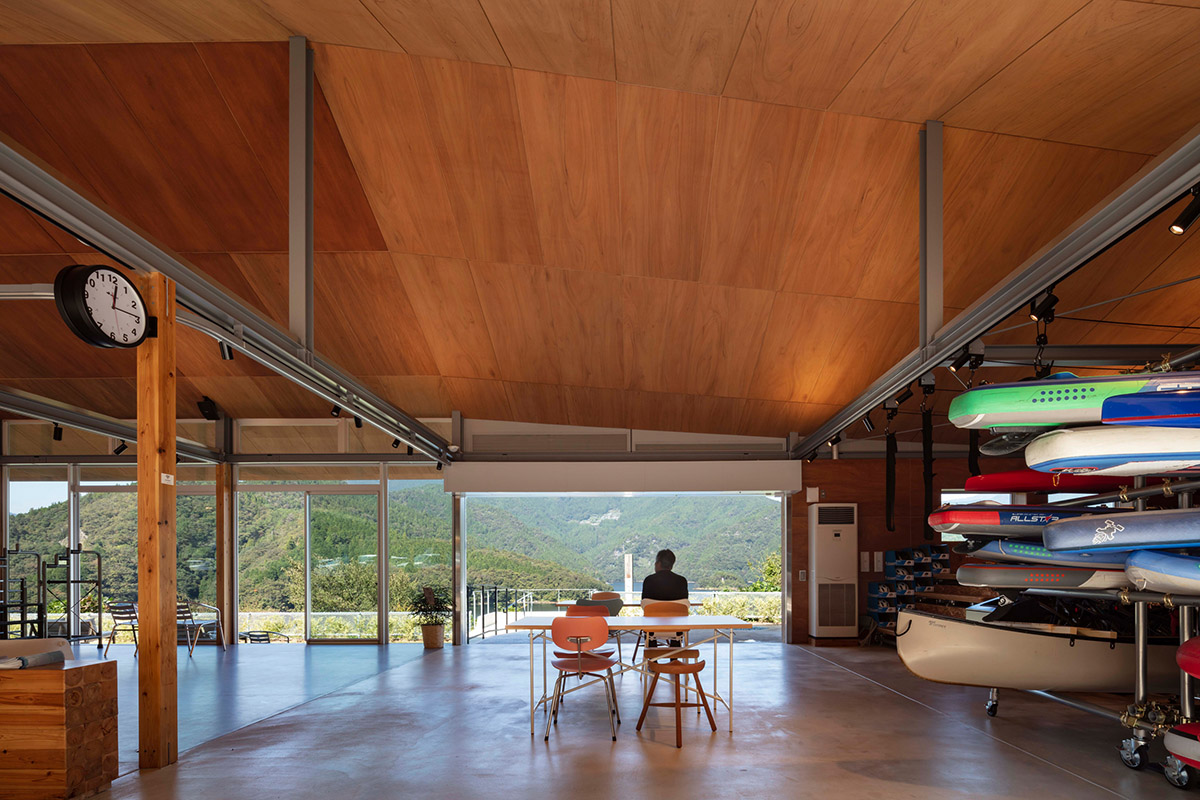 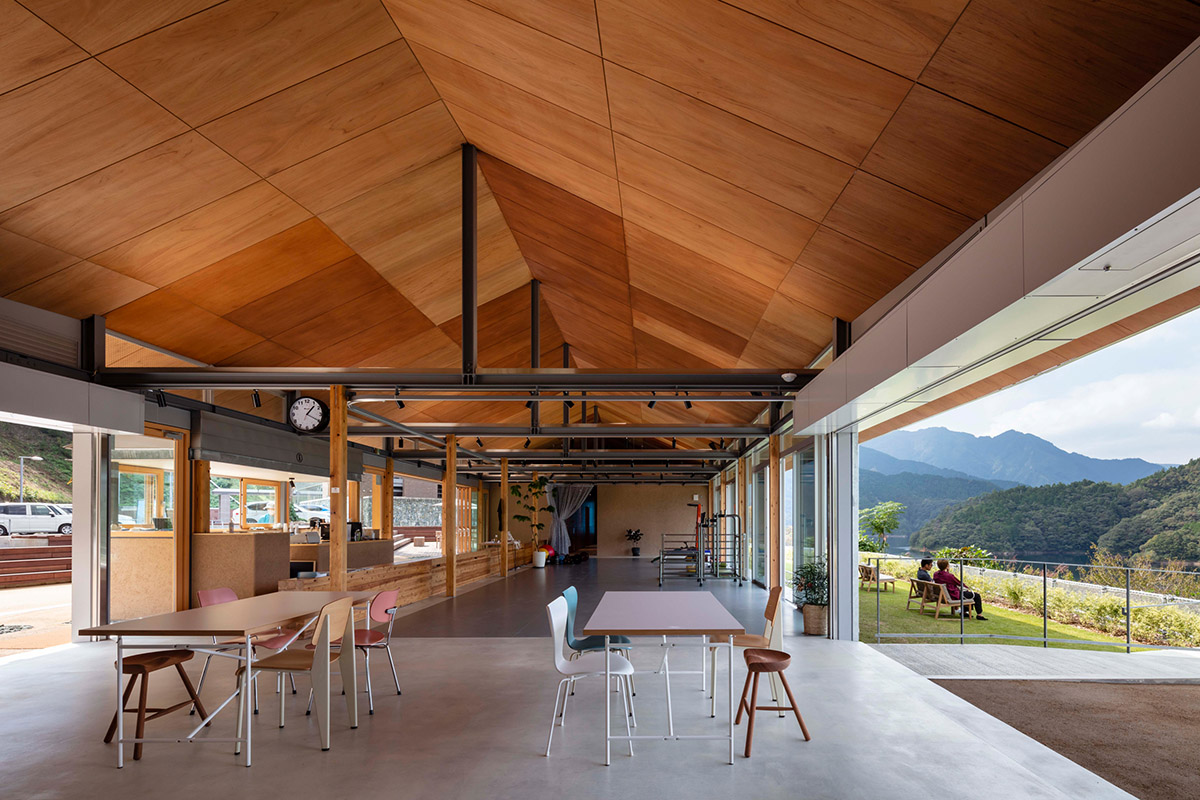 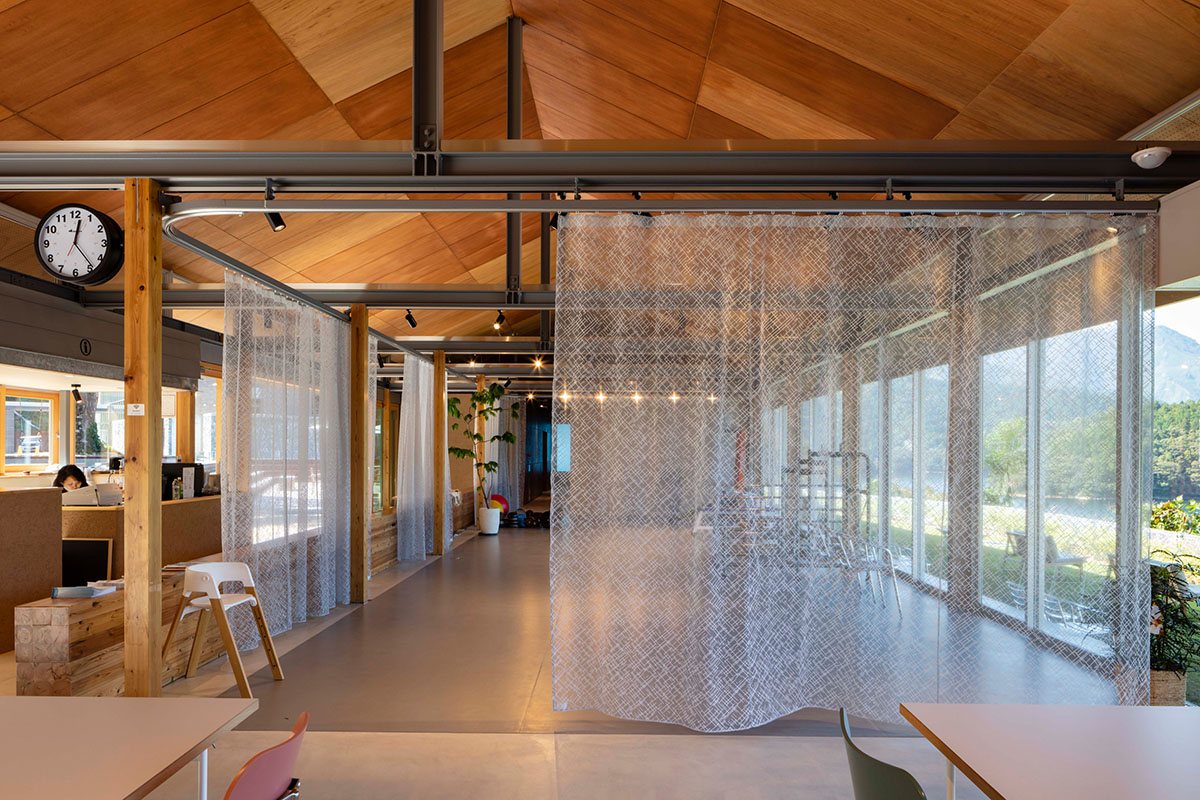 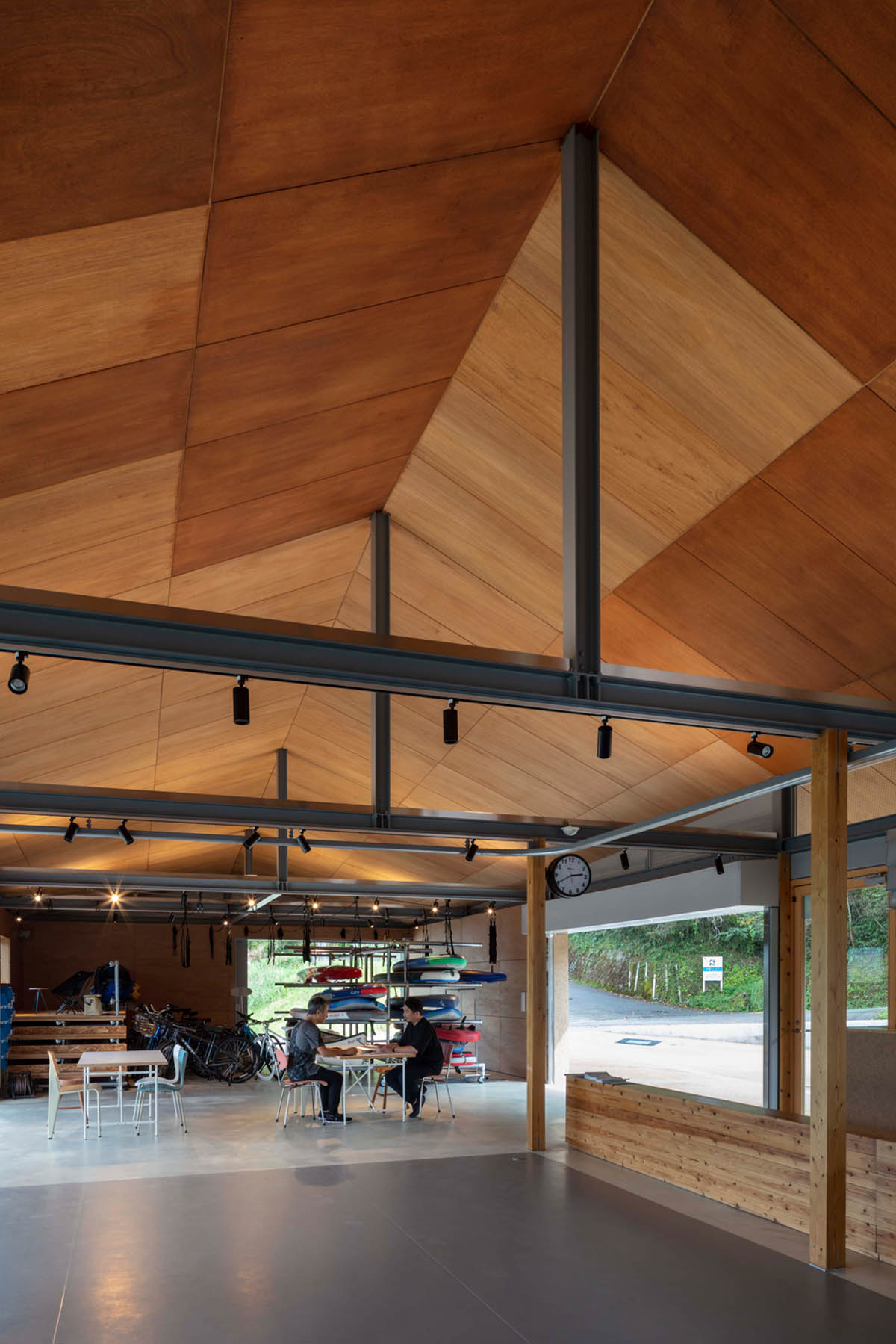 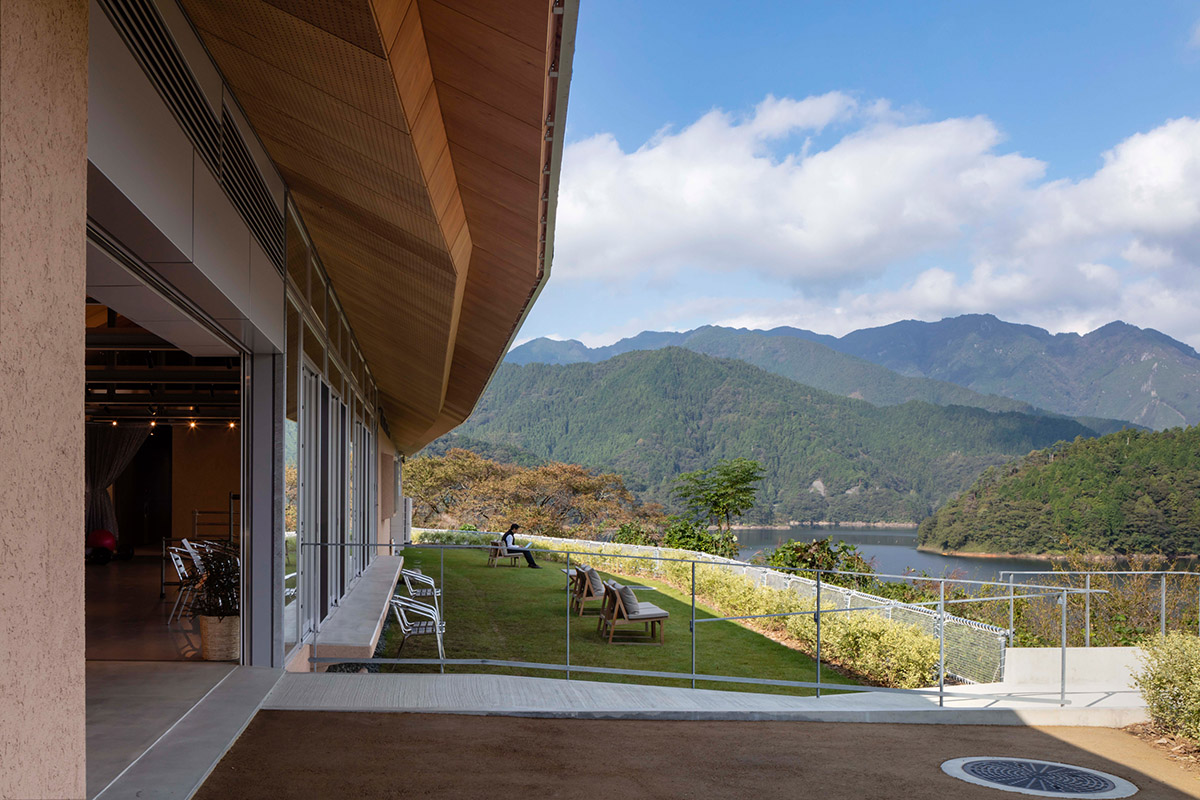 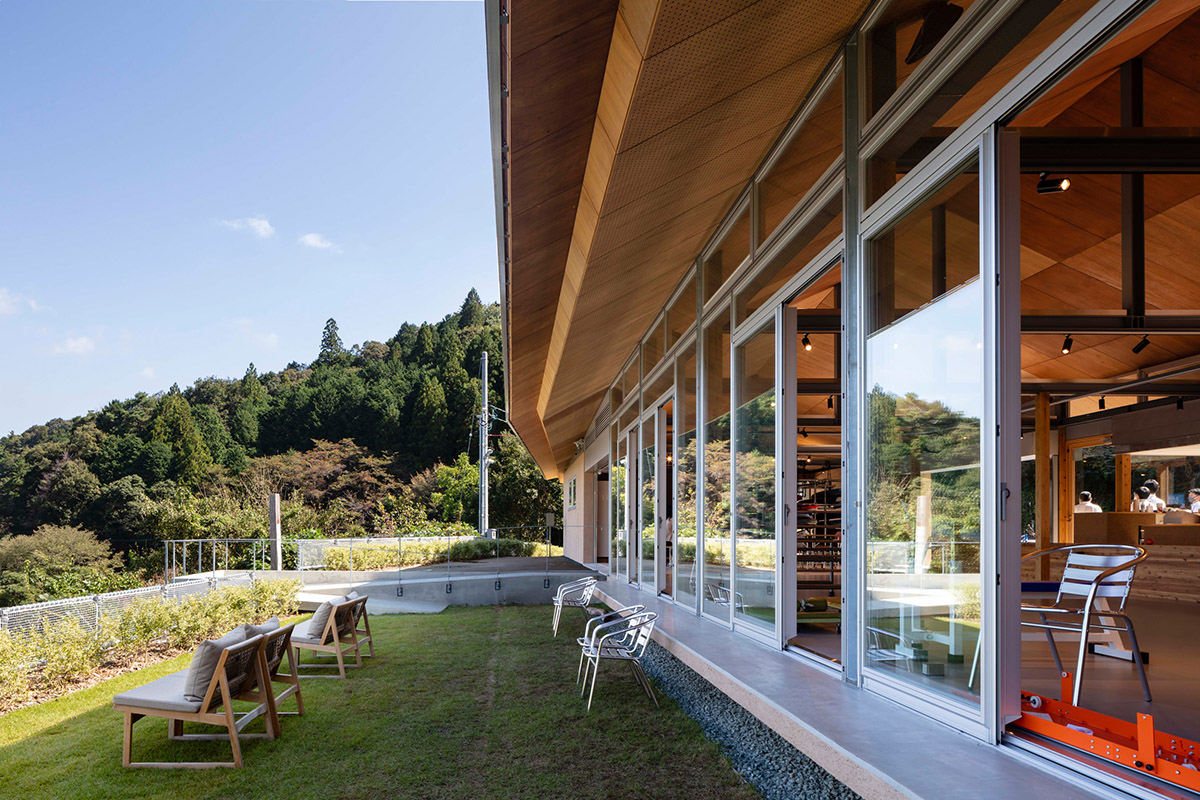 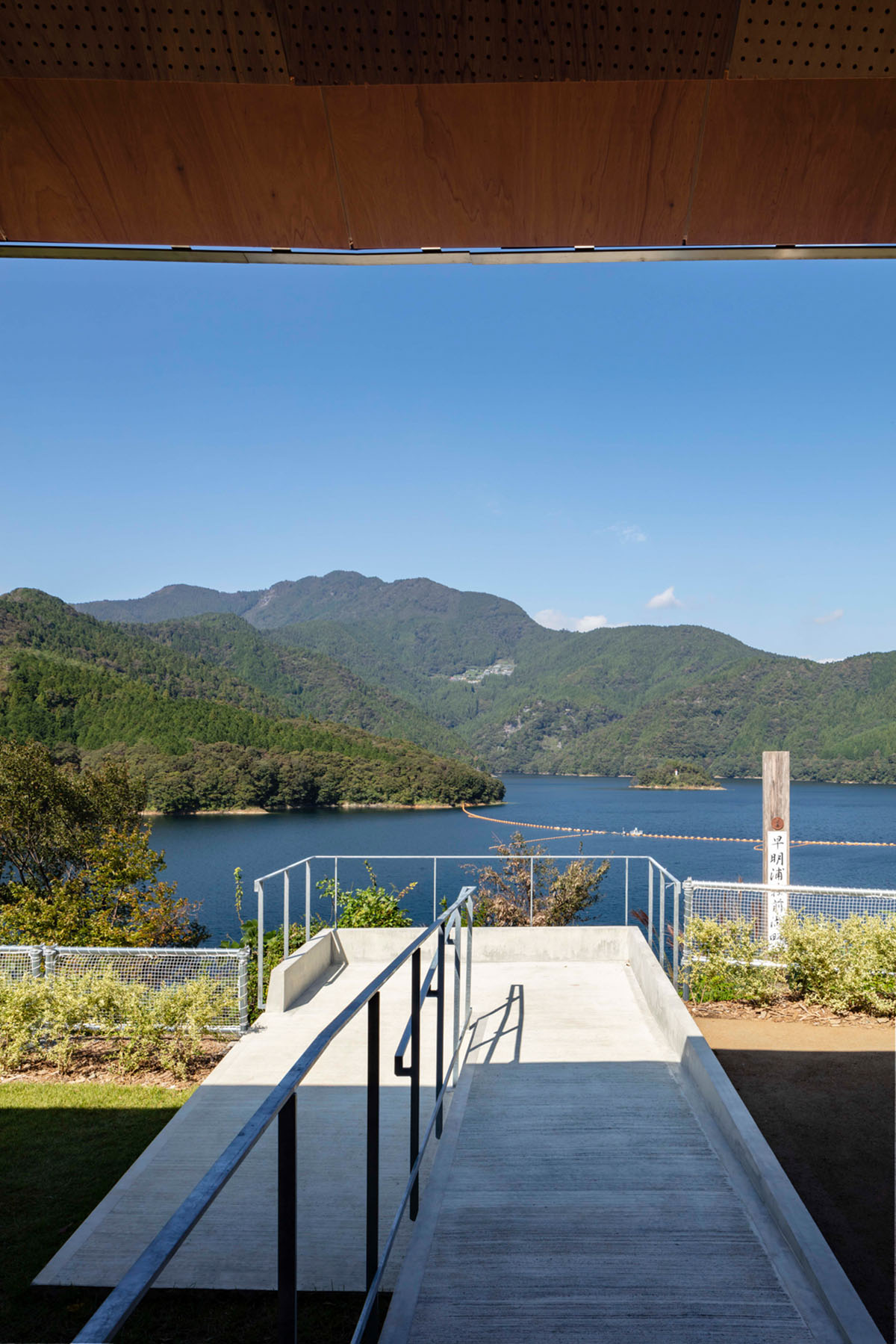 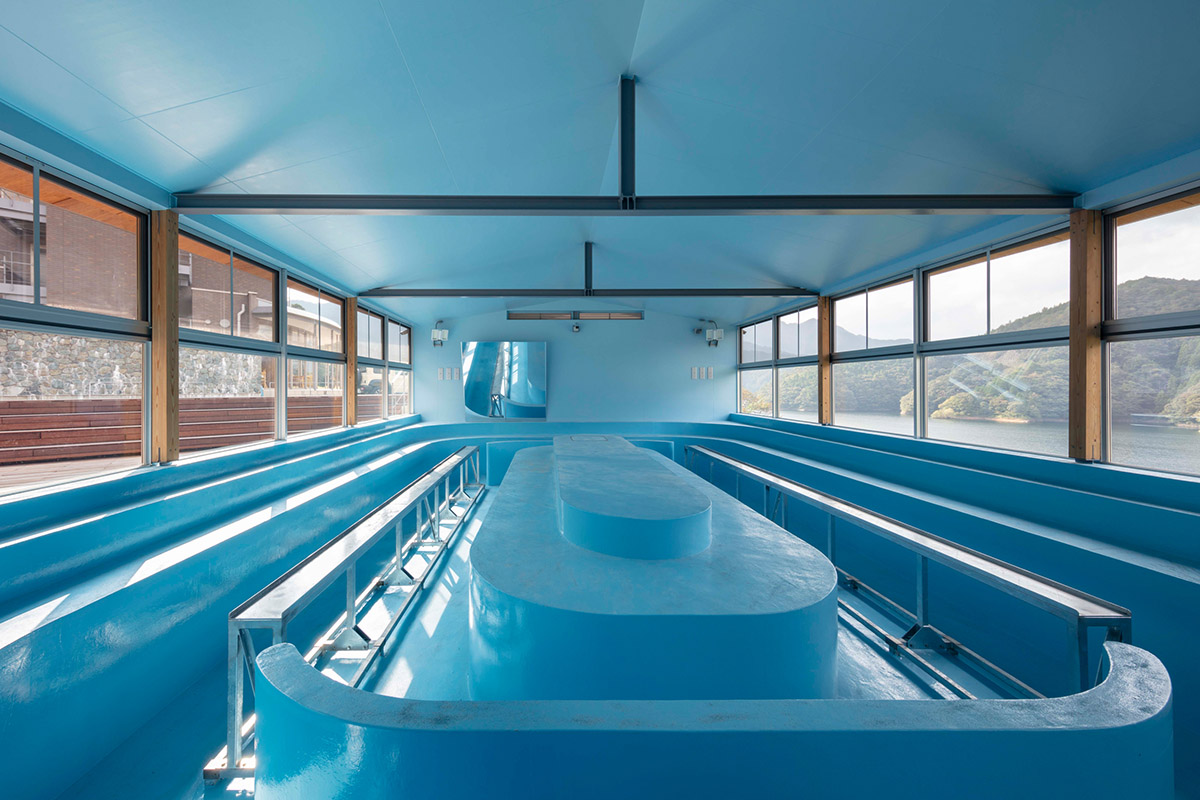 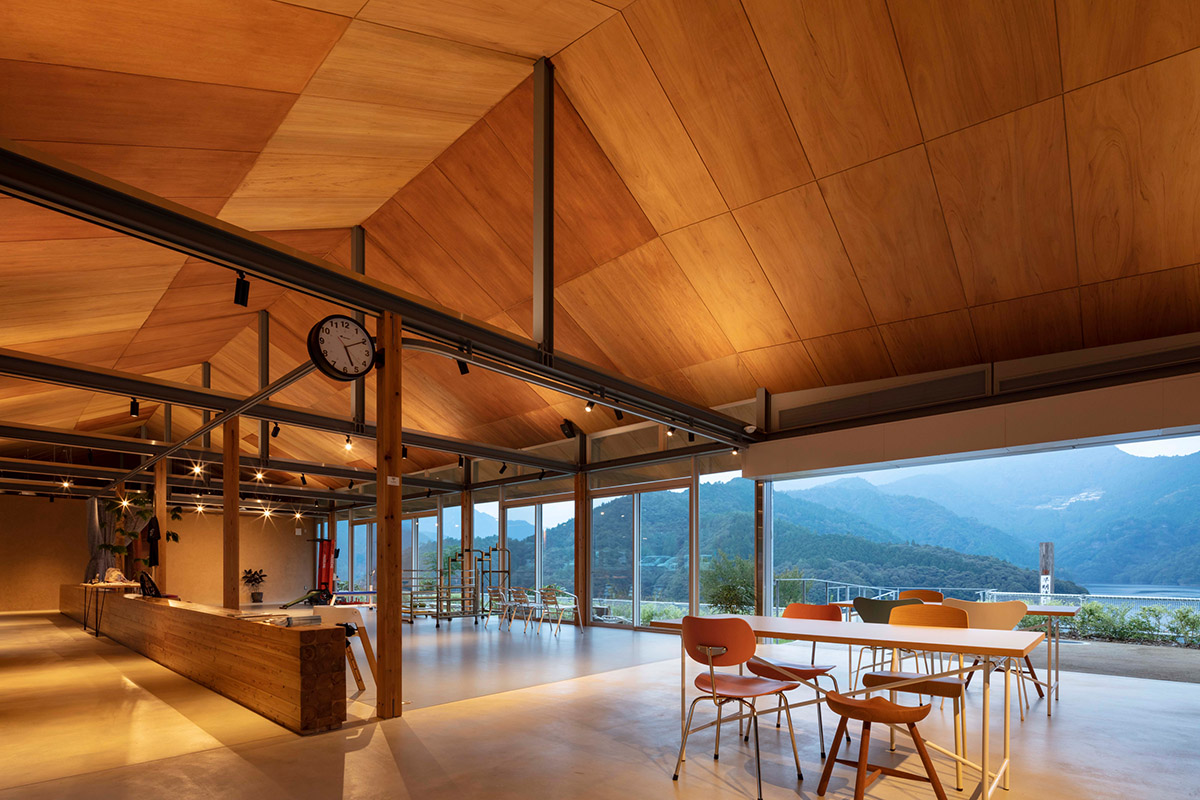 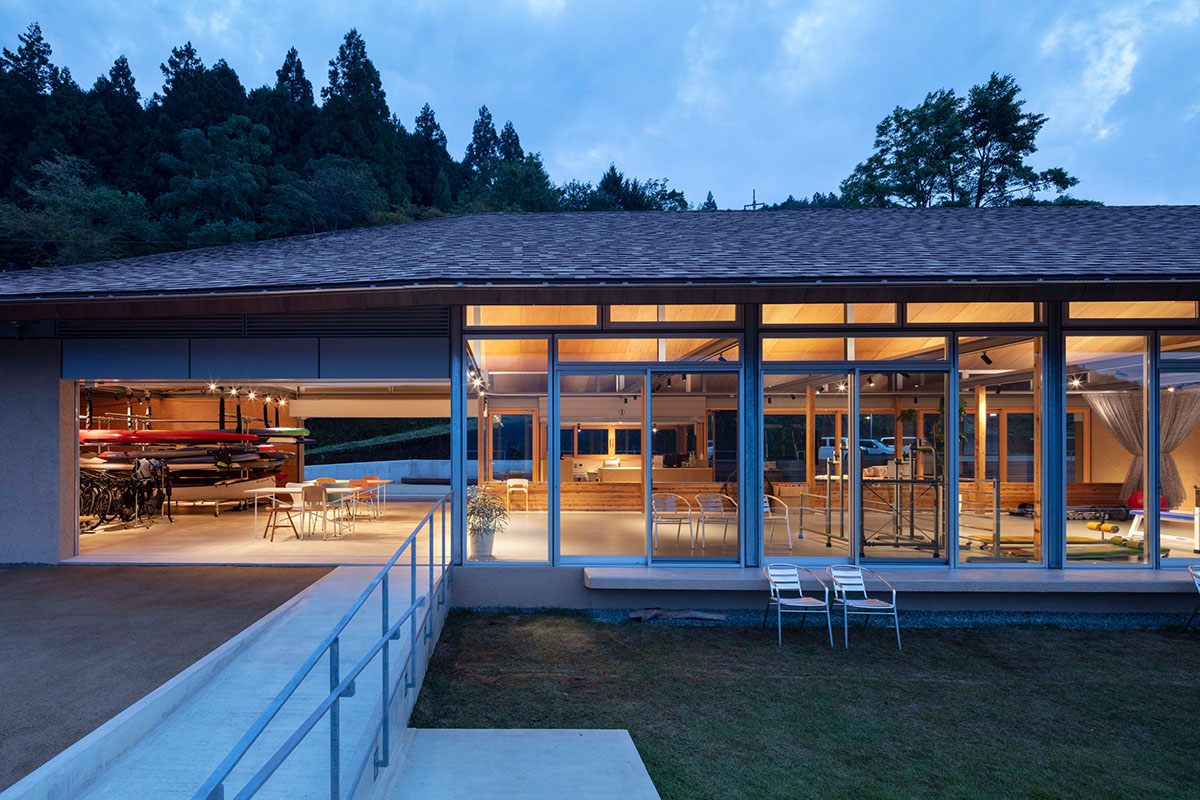 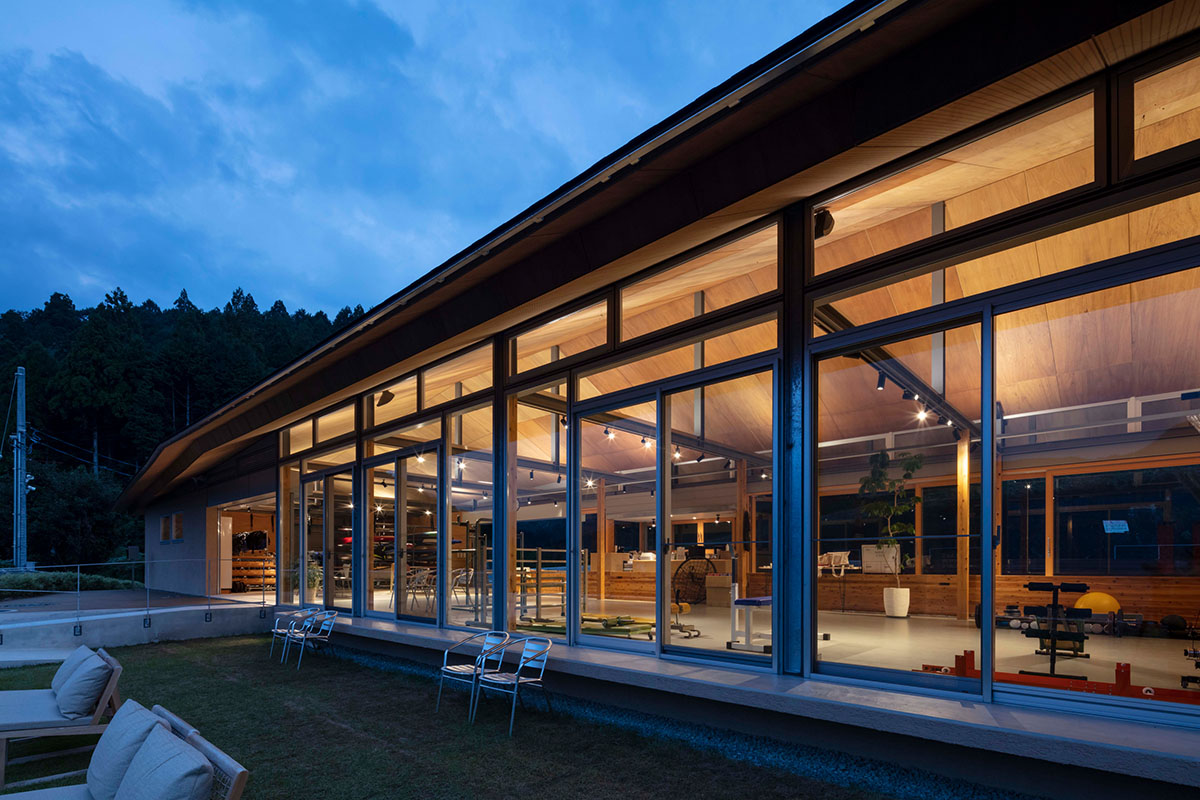