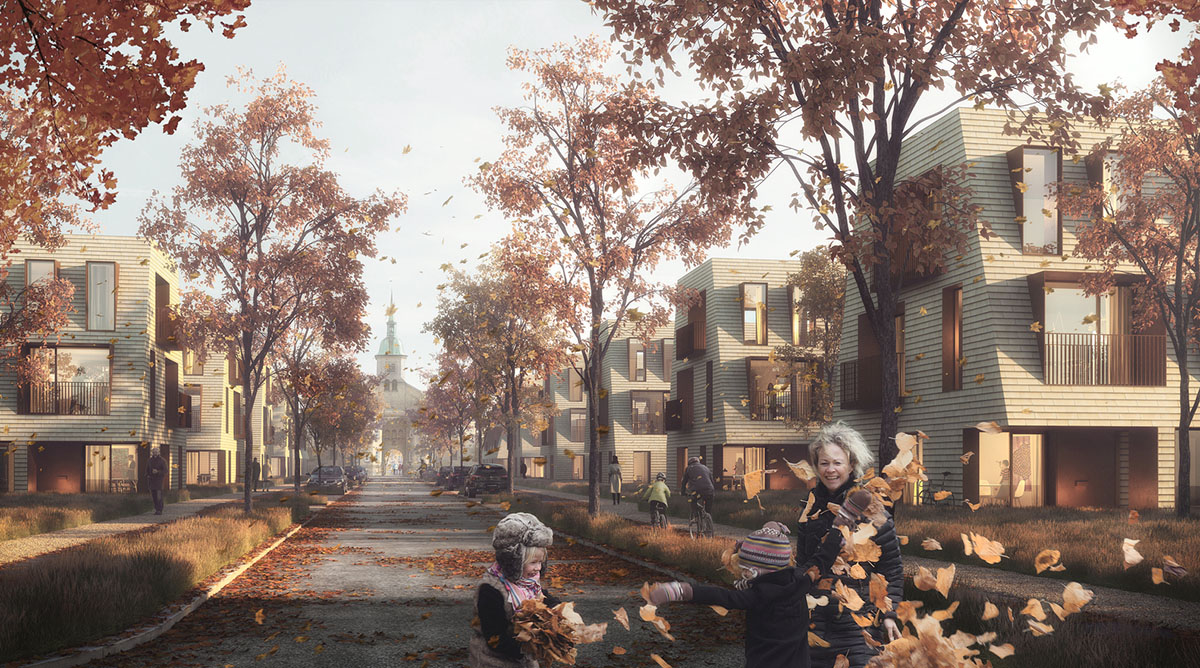 Selected by Freja Ejendomme and the Municipality of Albertslund, the local plans have already been approved to move forward in plans.

The new project is located in Vridsløselille's prison site in Albertslund, in close proximity to Copenhagen, Denmark and the new plans will re-imagine the site in Albertslund, which once housed a state prison by turning its rich historic structure and surroundings into an attractive, green district with a distinct identity derived by its unique heritage. 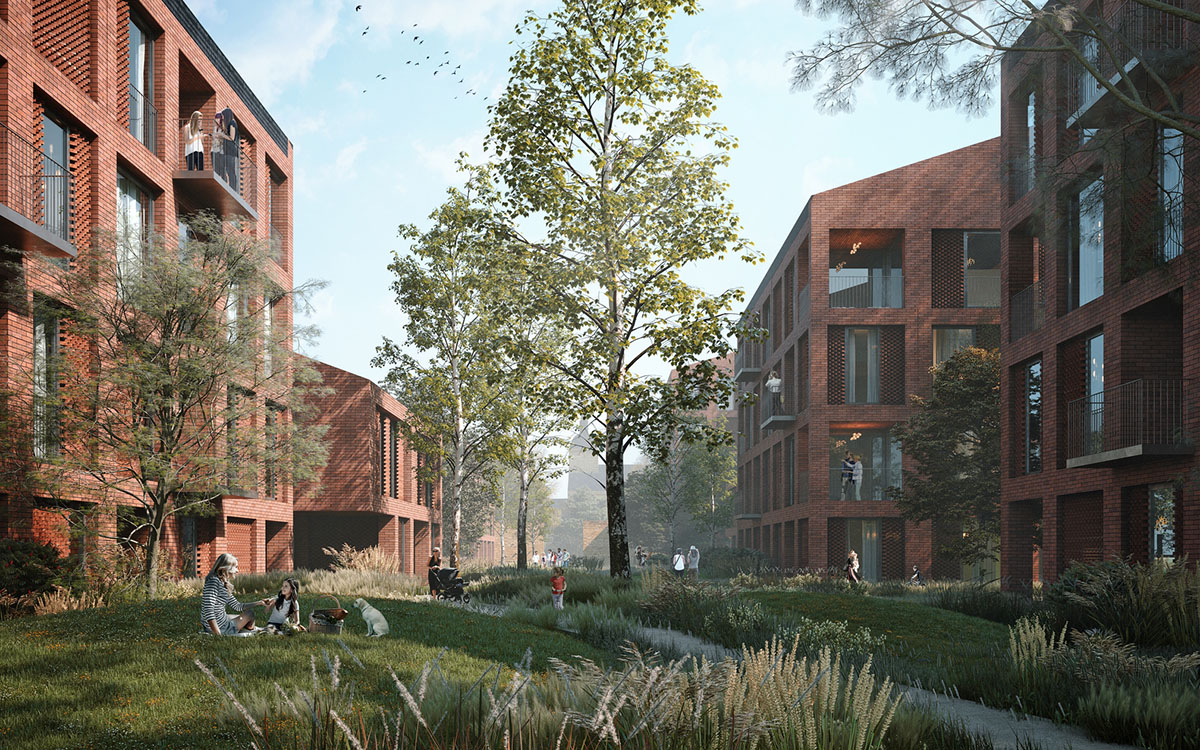 The design scheme was selected alongside another project by Danish firm COBE for Vridsløselille’s redevelopment. Driving west of the city, just 15 kilometers from central Copenhagen, a site with a former correctional facility and a stretch of other historical buildings along the area emerge. The site has for many years been a closed enclave, and the aim is, therefore, to open up the area towards the city.

Vridsløselille is a 160,000-square-metre district and it will become a natural extension of Albertslund and its main thoroughfares.

Designed as a flexible scheme, the new masterplan "will draw city life to the area where green parks and residential complexes are intertwined creating a strong synergy while making way for a variety of building typologies, urban qualities and common facilities." 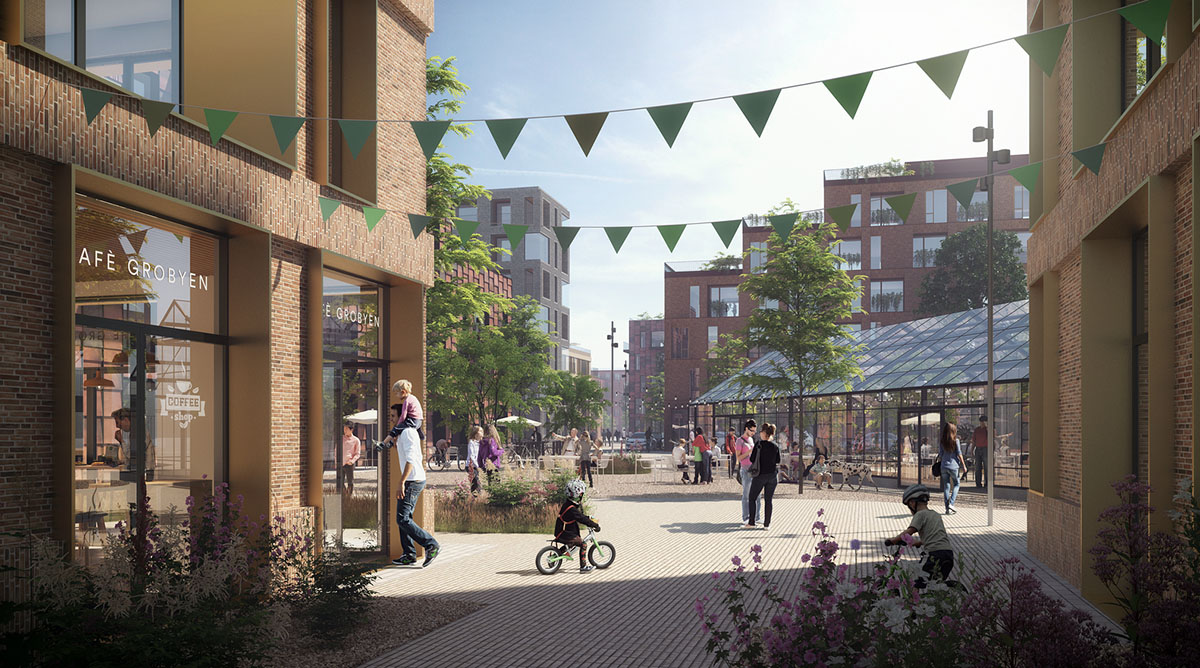 The project is aimed to create new connections and destinations in Albertslund, focused on creating activated green spaces, urban farming as well as movement and sports facilities.

As the architects highlight , important connections, sightlines, and local identity will be maintained and enhanced. The main goal of the scheme is to create "a healthy and social lifestyle with a broad spectrum of common areas and green spaces."

"It has been an exciting process to follow the five selected teams and their approach to the site. The diversity and depth of the initial project proposals are quite spectacular," said Morten Løgsted, Project Development Manager at A. Enggaard A/S.

"The two projects, recommended by the jury, clearly shares a common vision for the site and at the same time holds individual strengths. The next step will be to merge those proposals and integrate their distinct qualities into a combined masterplan for the area." 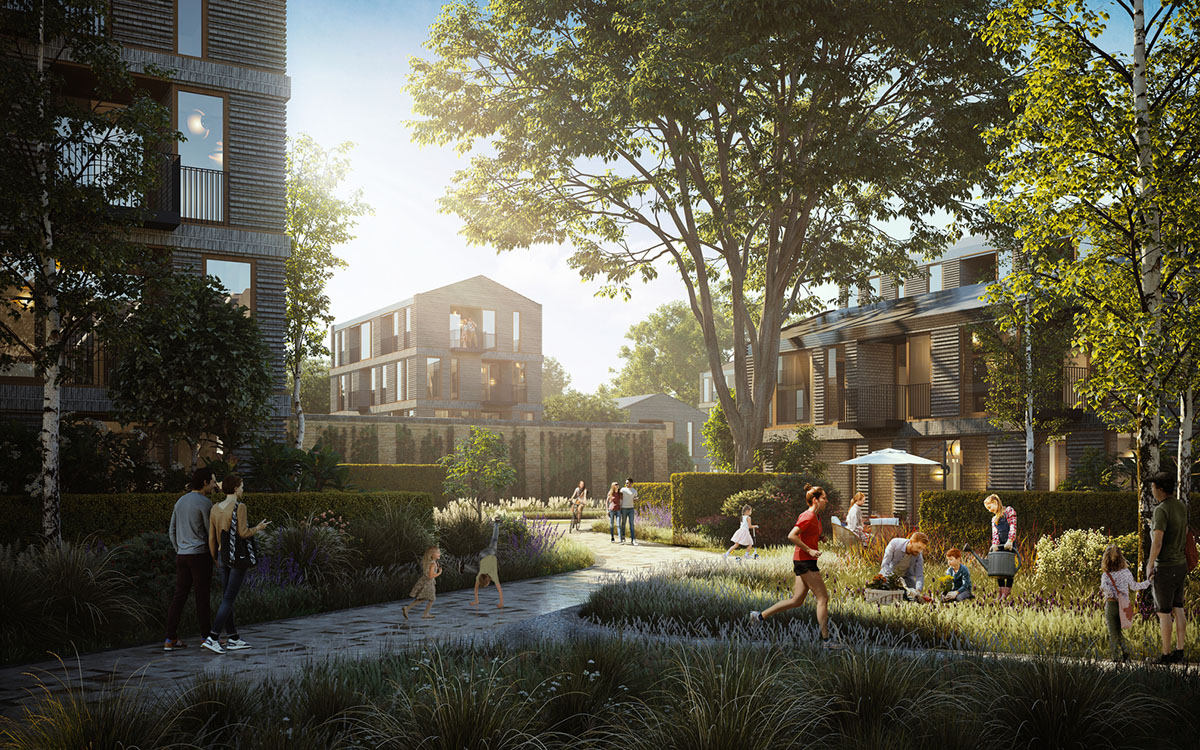 Making the historic, star-shaped building the beating heart of the development

The team is inspired by the unique relic of the past, the iconic star-shaped prison building is surrounded by trees which once stood as a security fence. 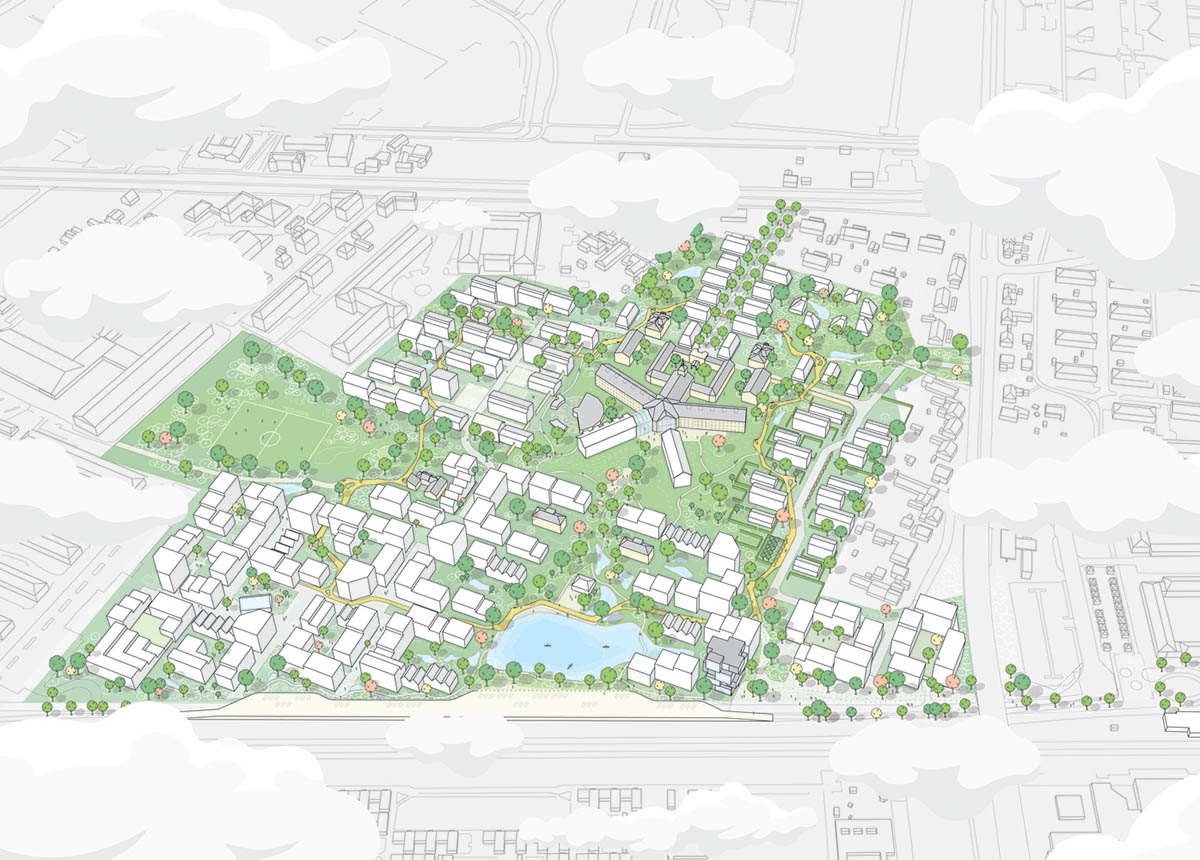 The proposal focuses on opening the area and drawing new connections through the “Loop”, a new main pathway surrounding the site and tying the different districts together with the existing prison structure.

"Our vision for Vridsløselille is to create a new neighborhood with a green heart for all citizens, an area that strengthens the social, climatic and landscape cohesive force in Albertslund," said Kristian Ahlmark, Partner and Design Director at Schmidt Hammer Lassen. 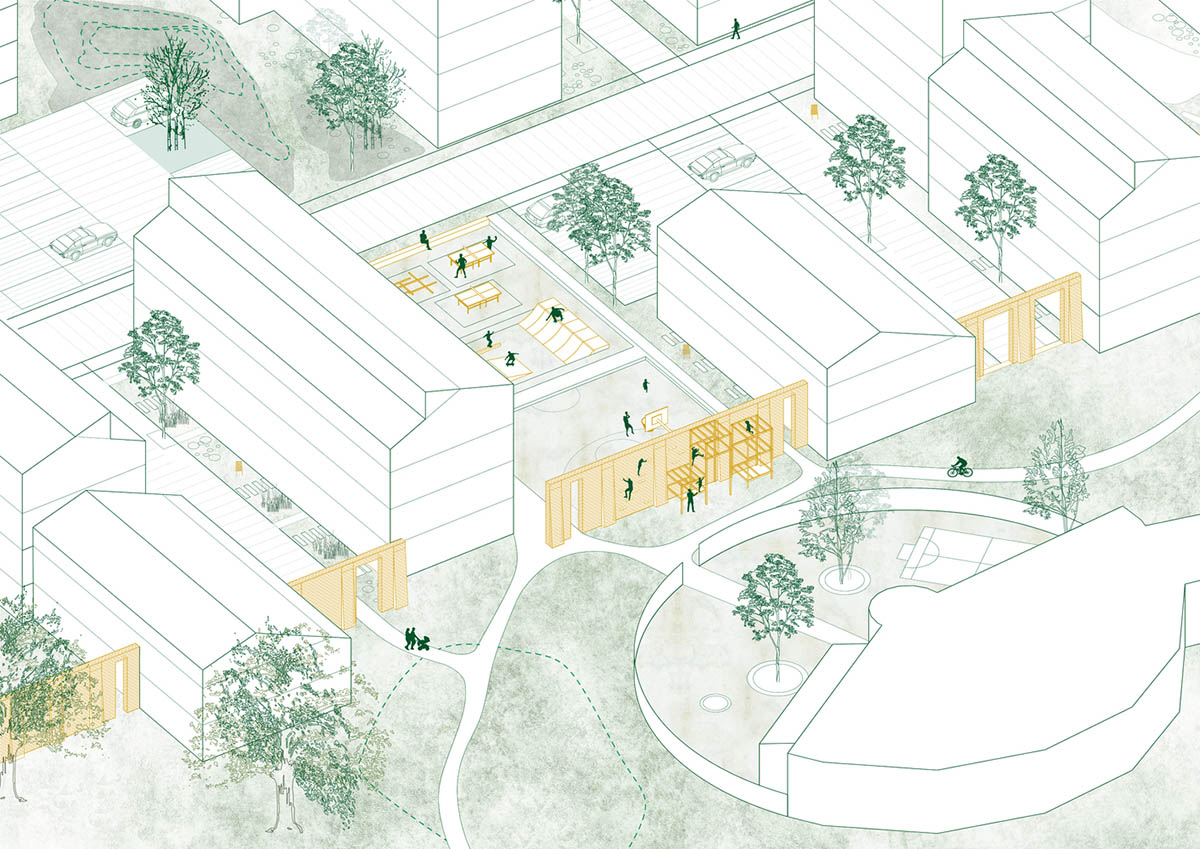 "We will preserve as much as possible of the existing prison building and integrate some of the complex's secondary buildings to enhance original qualities. Some old wings will be teared down but will be rebuild with a deep respect for the original geometry, marking the existing star-shaped complex as the star of the show."

"In this way, we aim to encourage participation and sharing through converting some of the structures into common places for everyone to enjoy," Ahlmark added. 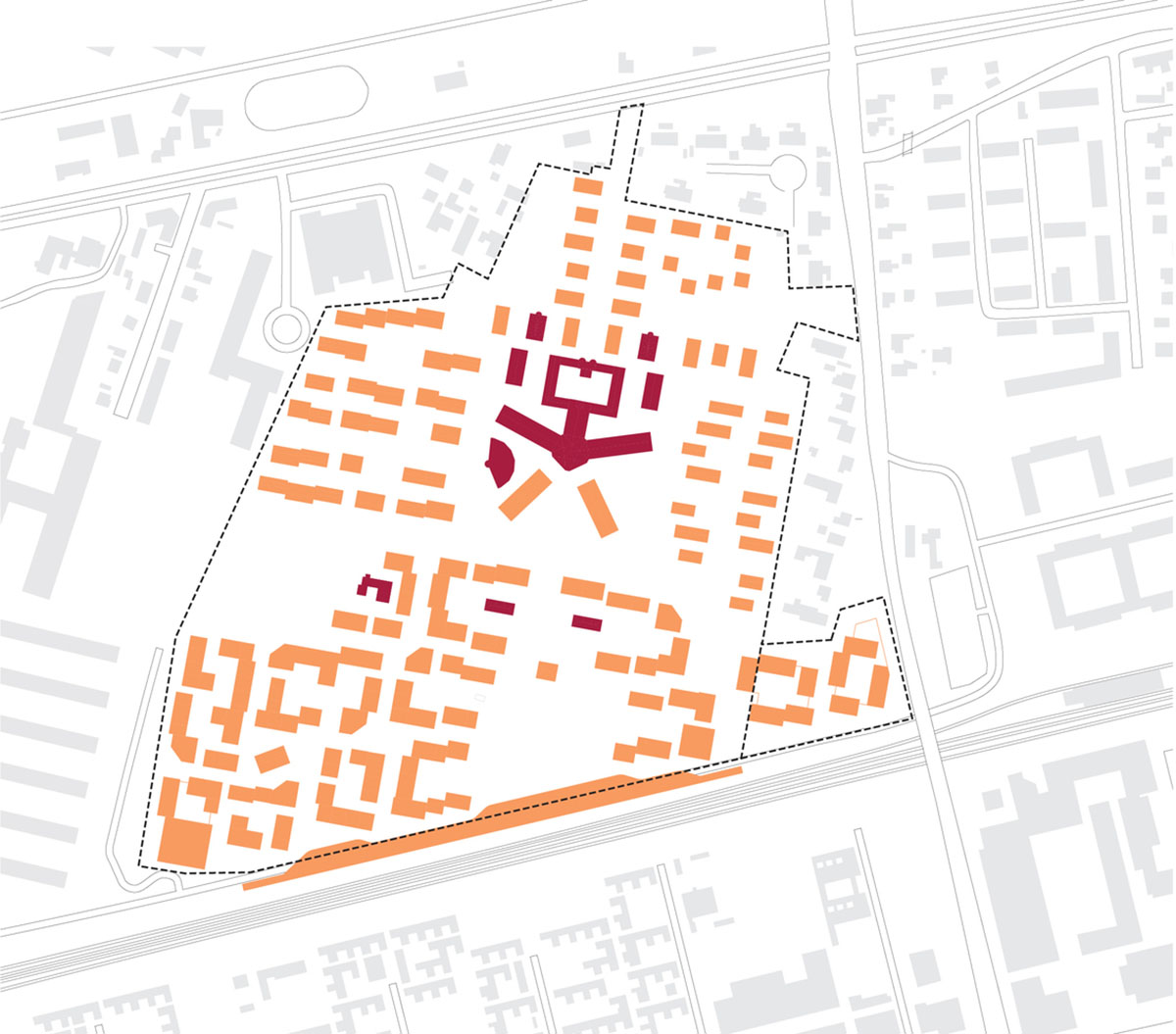 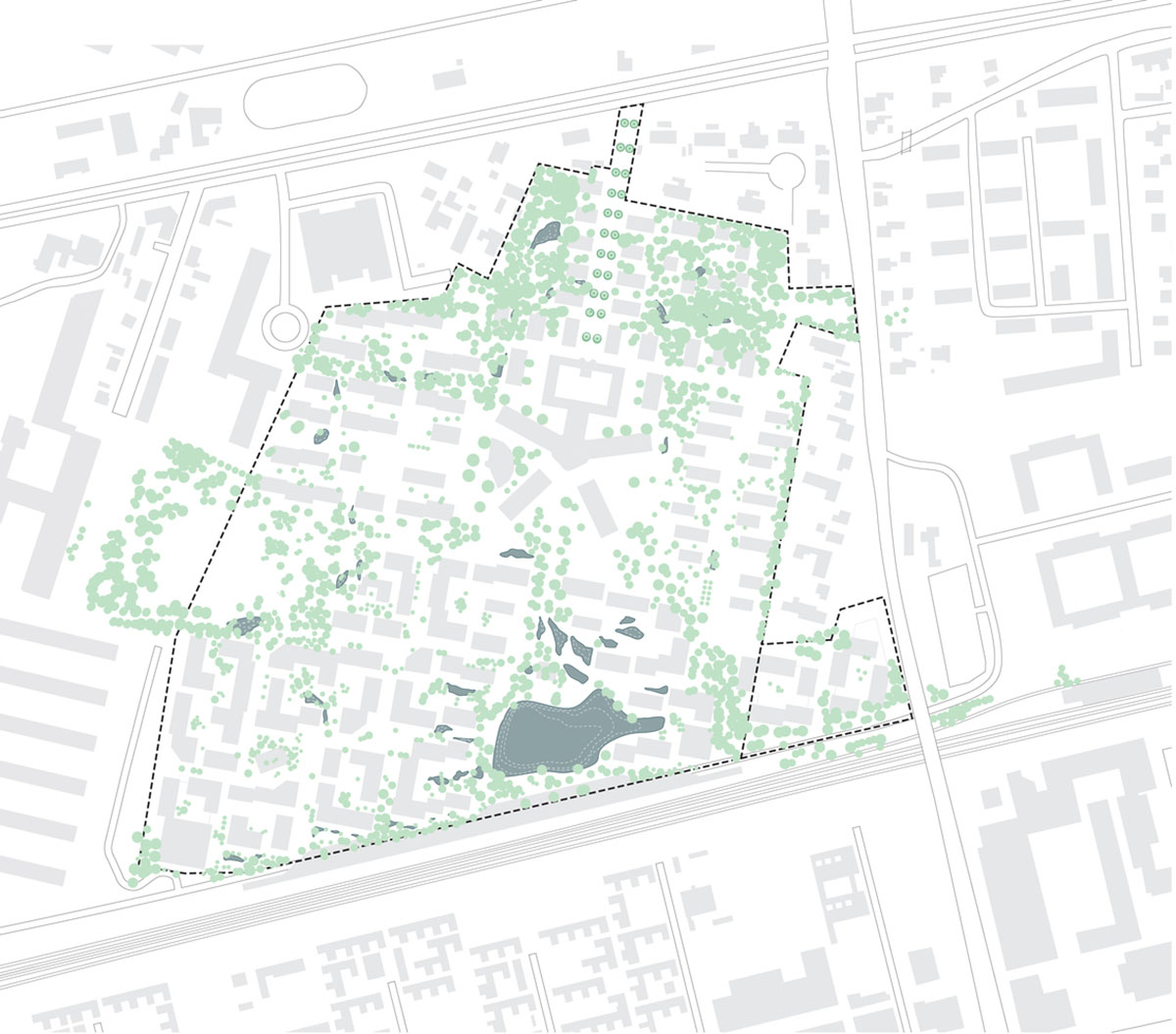 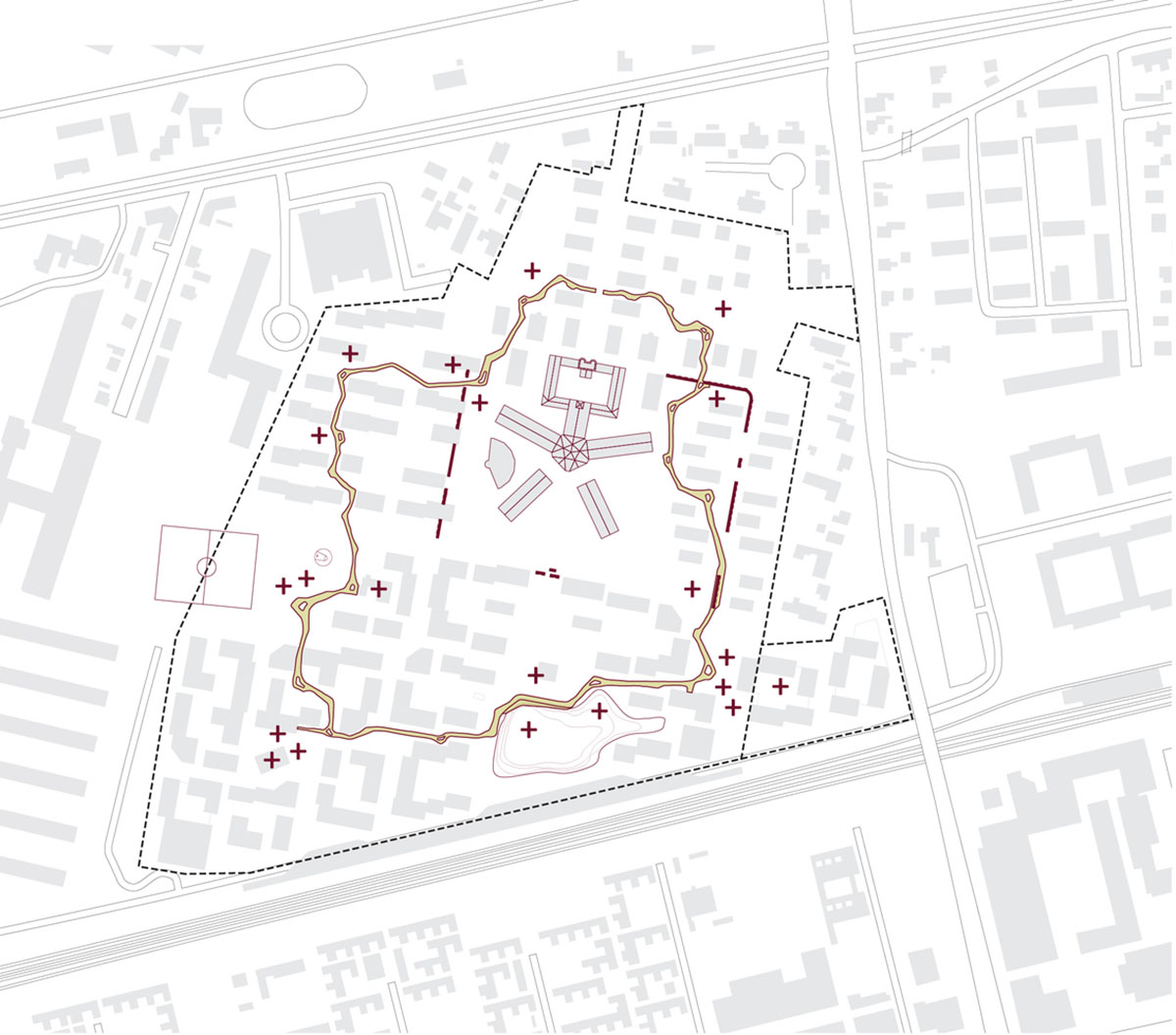 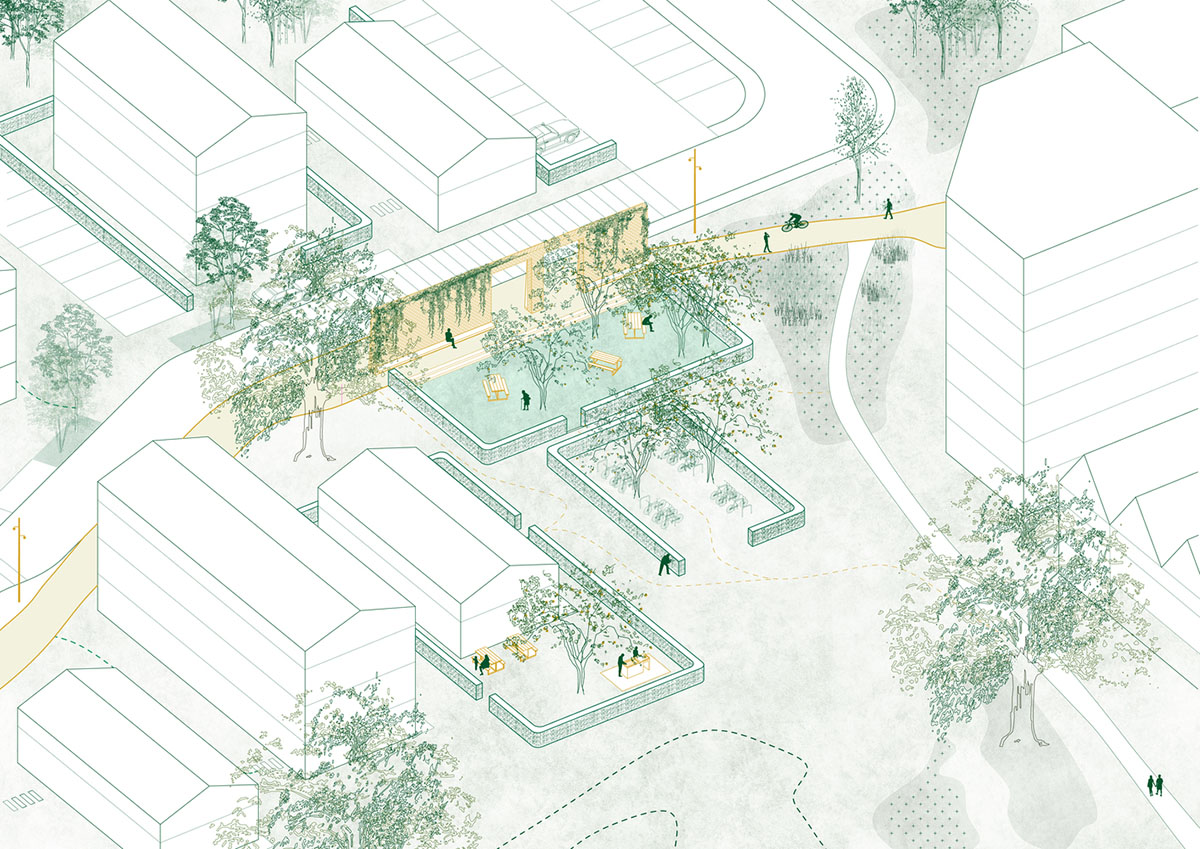 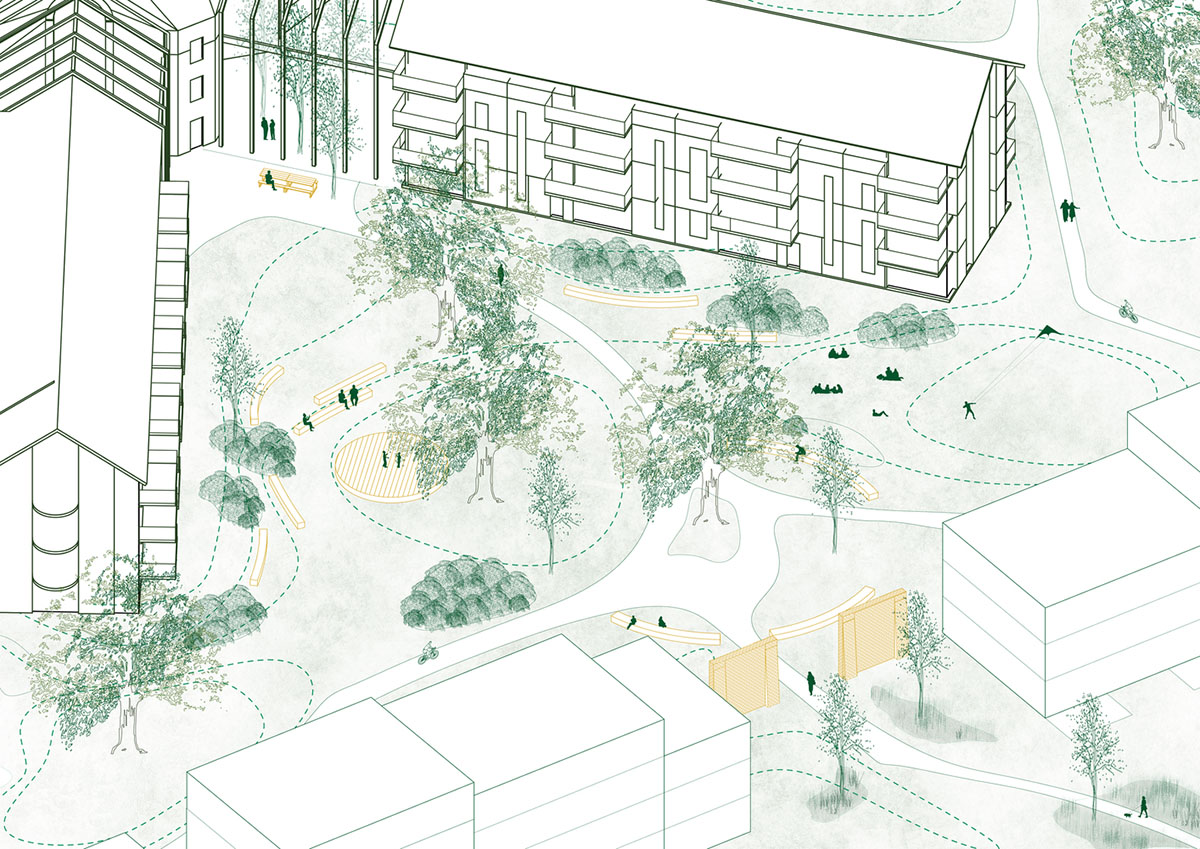 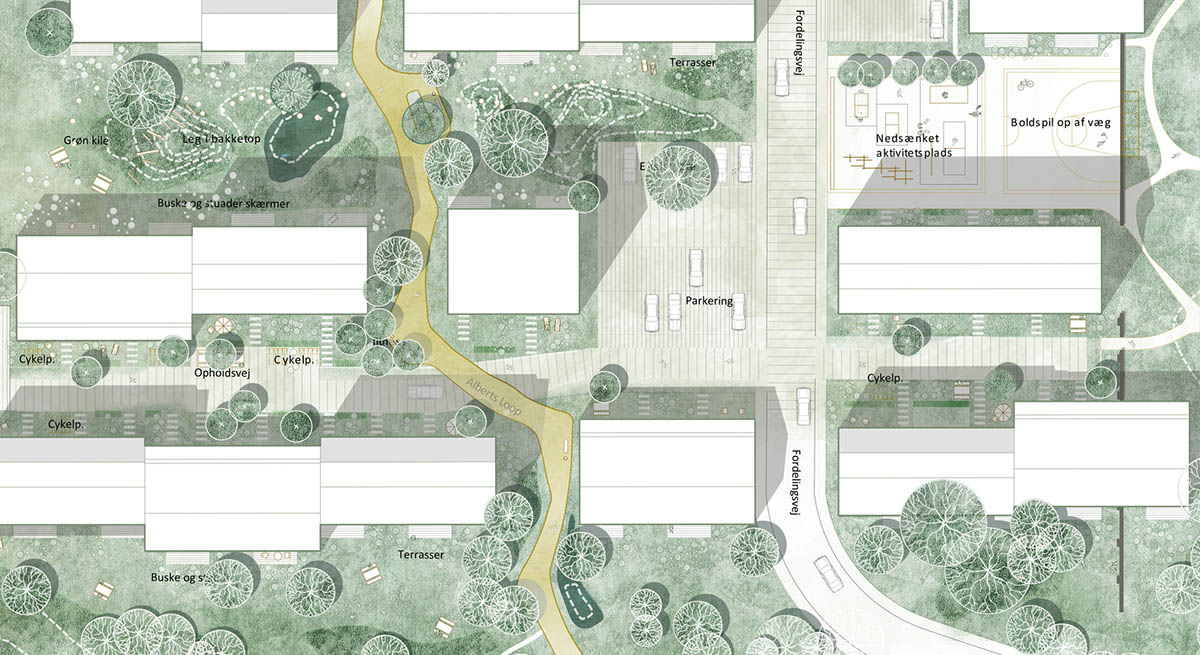 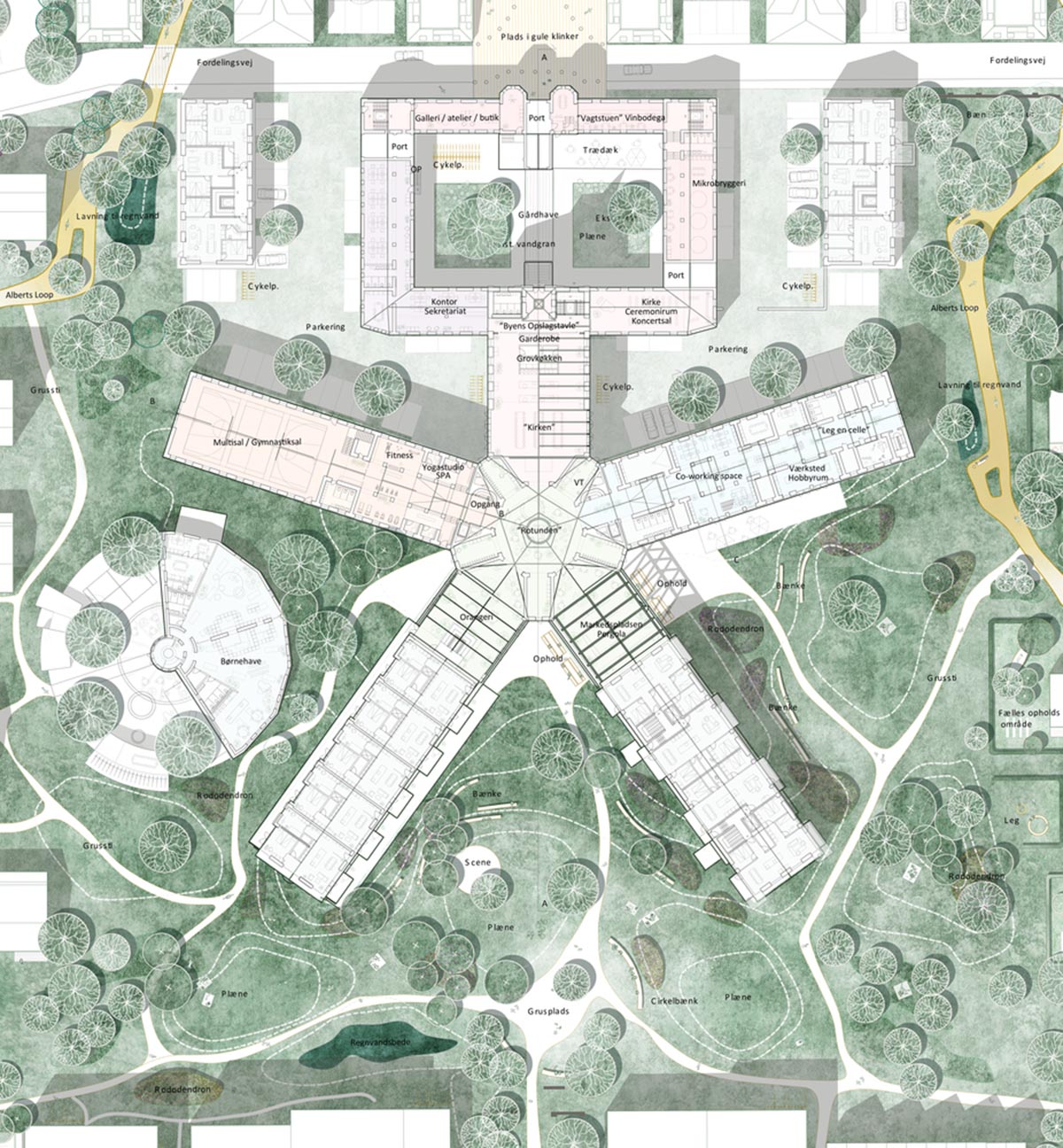 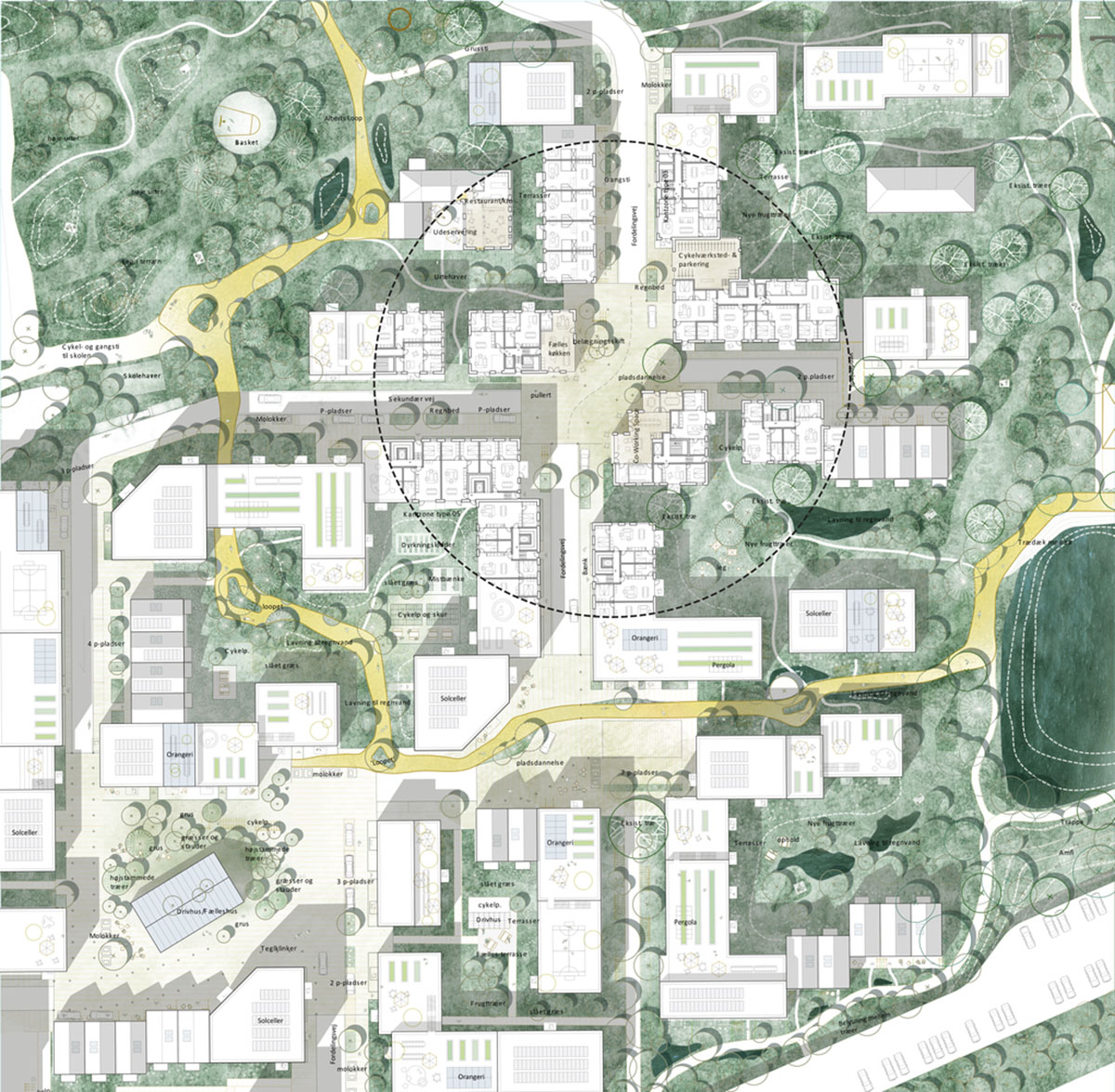 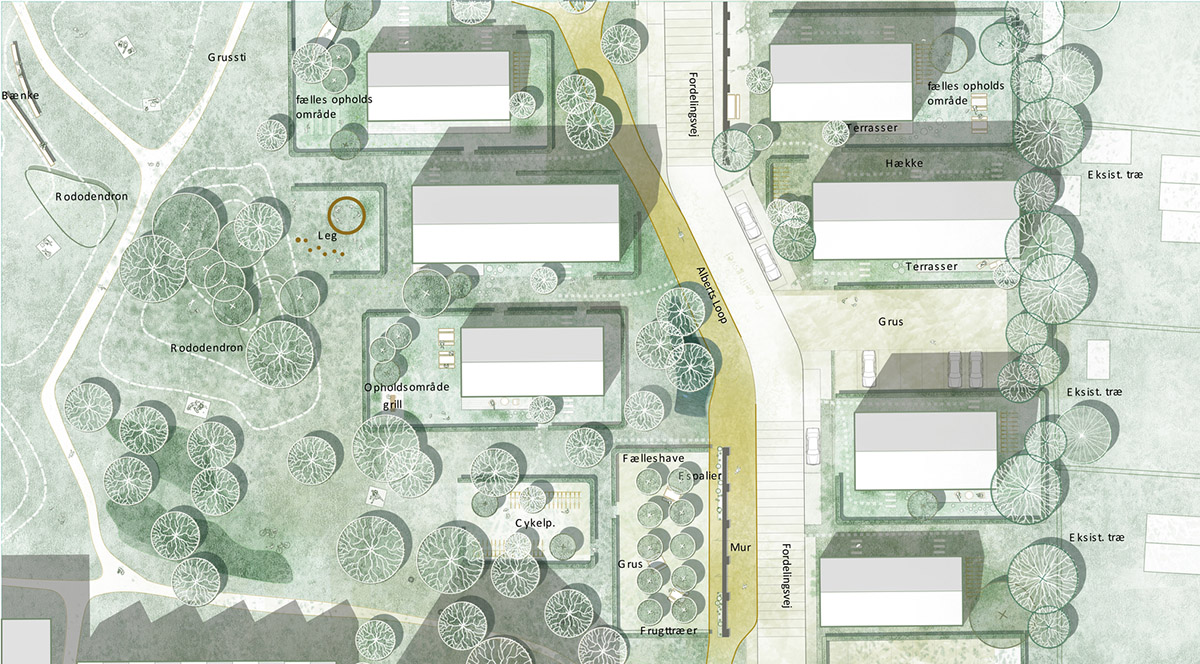 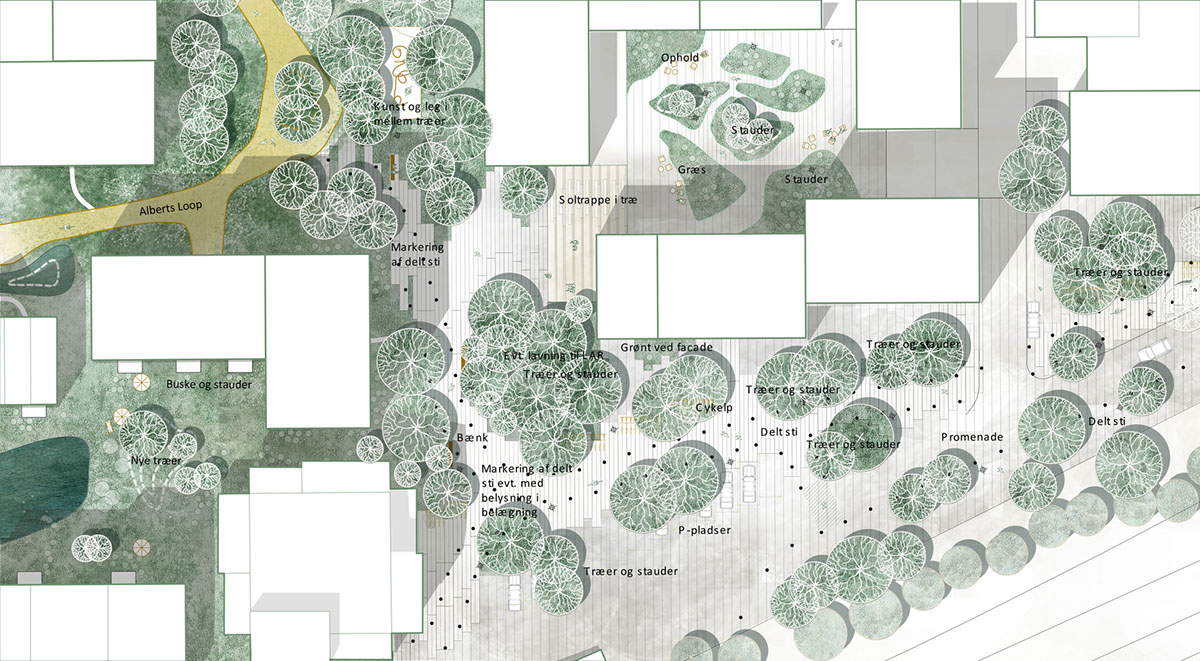 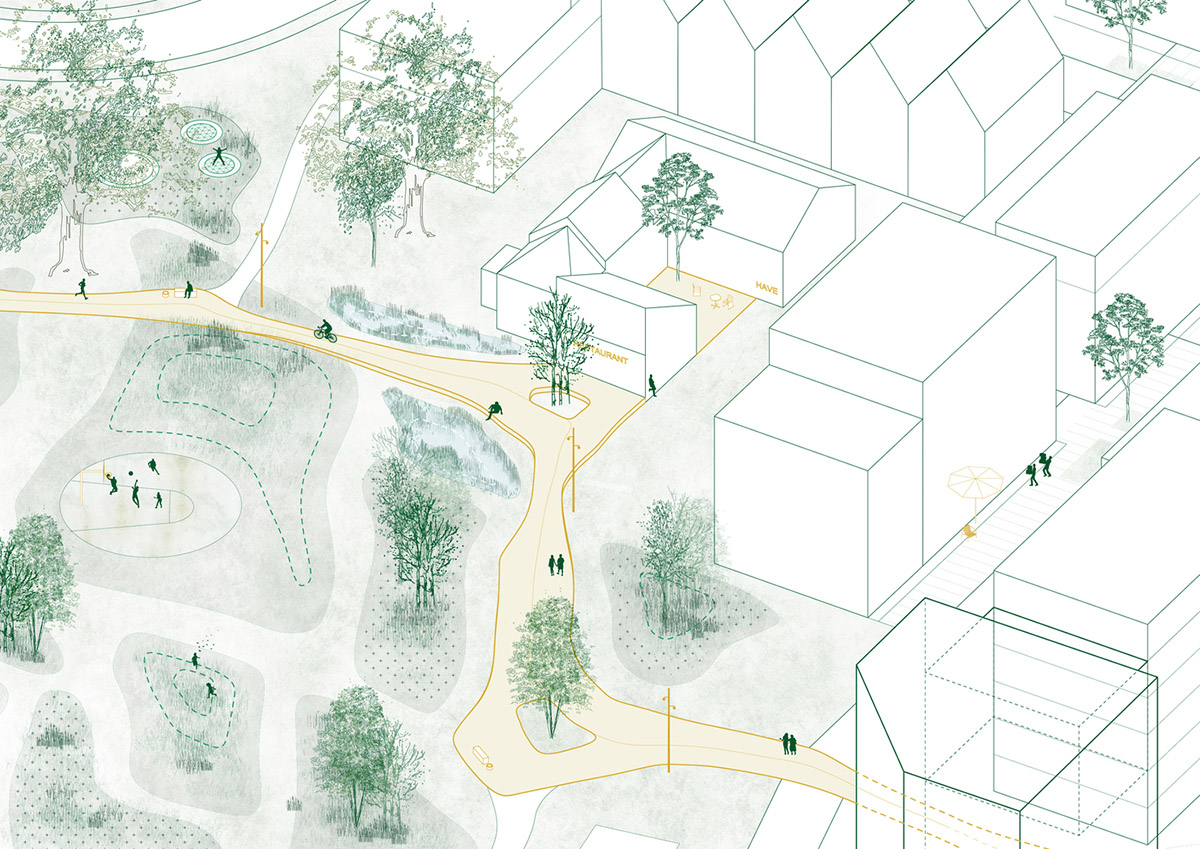 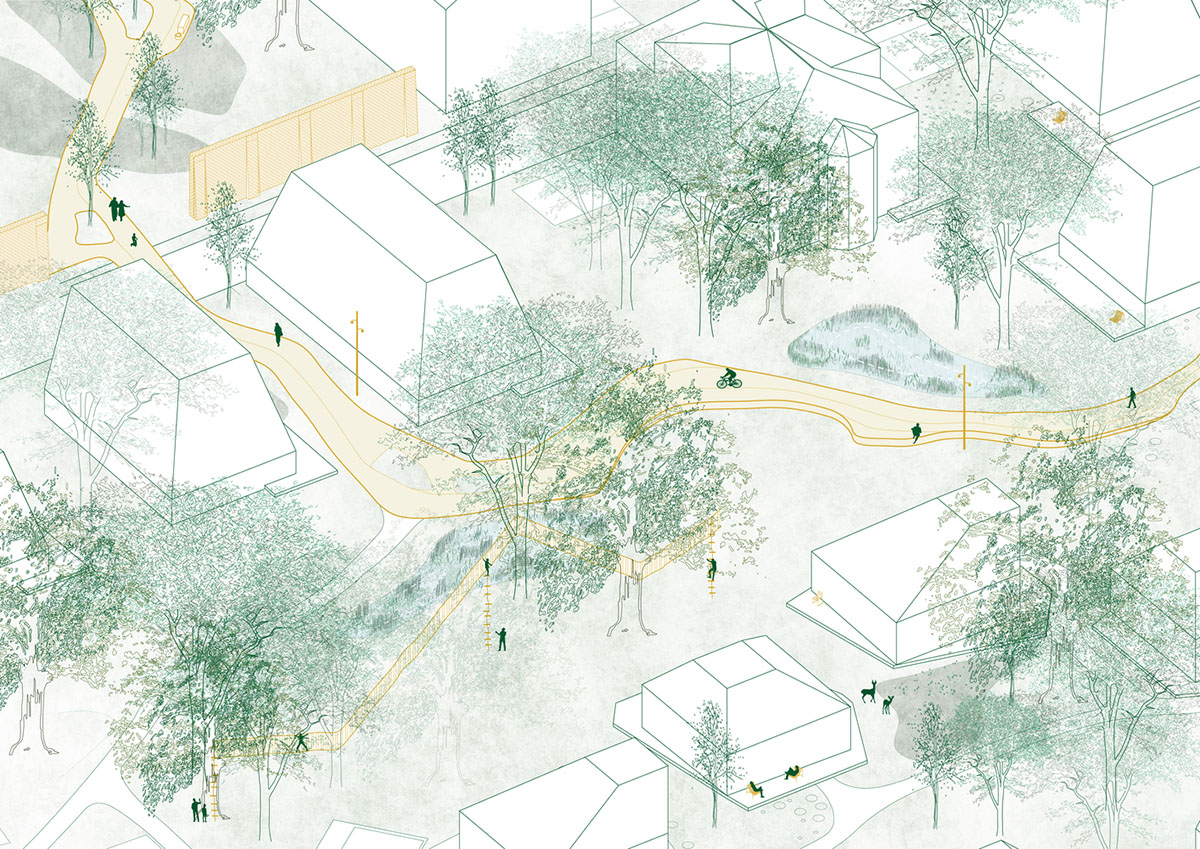 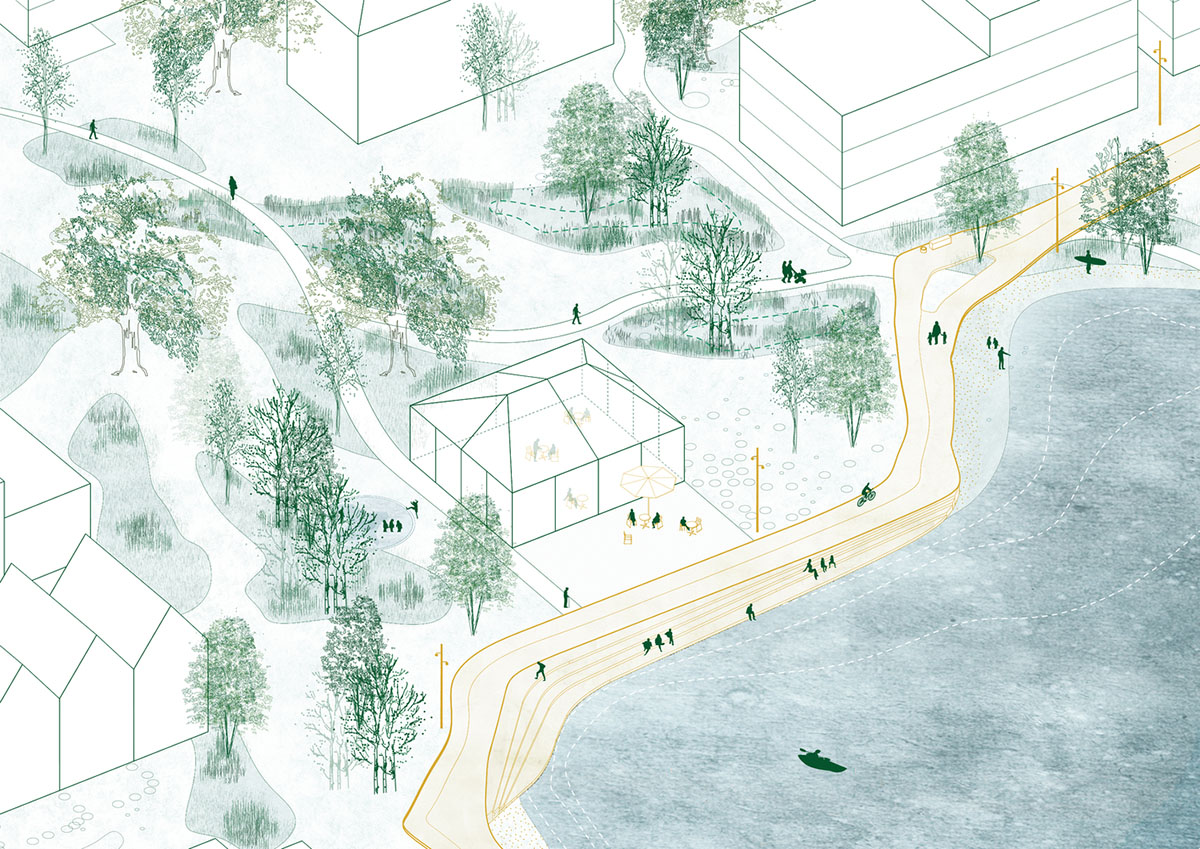 Schmidt Hammer Lassen has a variety of ongoing masterplan projects in Denmark and abroad including Sydhavnskvarteret, a masterplan for the South Harbour District in Aarhus, Denmark, and Molobyen, a flexible development in Bodø, Norway.

All images courtesy of Schmidt Hammer Lassen Architects and BOGL