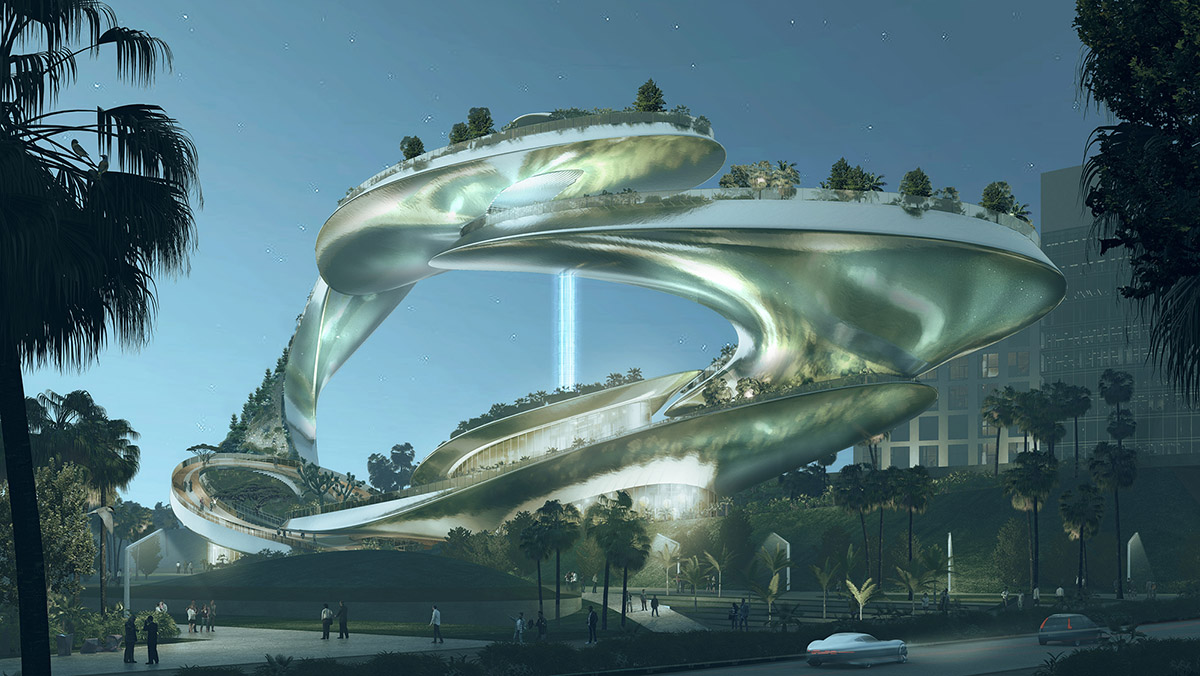 Shanghai and Taipei-based architecture studio CROX has revealed design for San Jose Ring that proposes an infinity loop in a park in San Jose.

Called San Jose Ring, the project was developed as concept design as part of an international design competition that plans to establish a new icon of this new century in the Guadalupe River Park, Arena Green, the competition was driven by San Jose City Council and the non-profit organization Urban Confluence Silicon Valley.

CROX proposed a futuristic park that includes a sculptural and continuous ring, which becomes a landmark itself. Taking inspiration from the architect Lin Congran's the concept of “Hippocampus”: the hippocampus is part of the brain system, it functioned as a storage system for conversation and orientation in long-term memory, with this proposal CROX wanted to reflect from the world current situation on separation and alienation, suggesting a reverence for nature and constant estrangement that will stimulate humanity. San Jose Ring has given a second thought on the current situation. 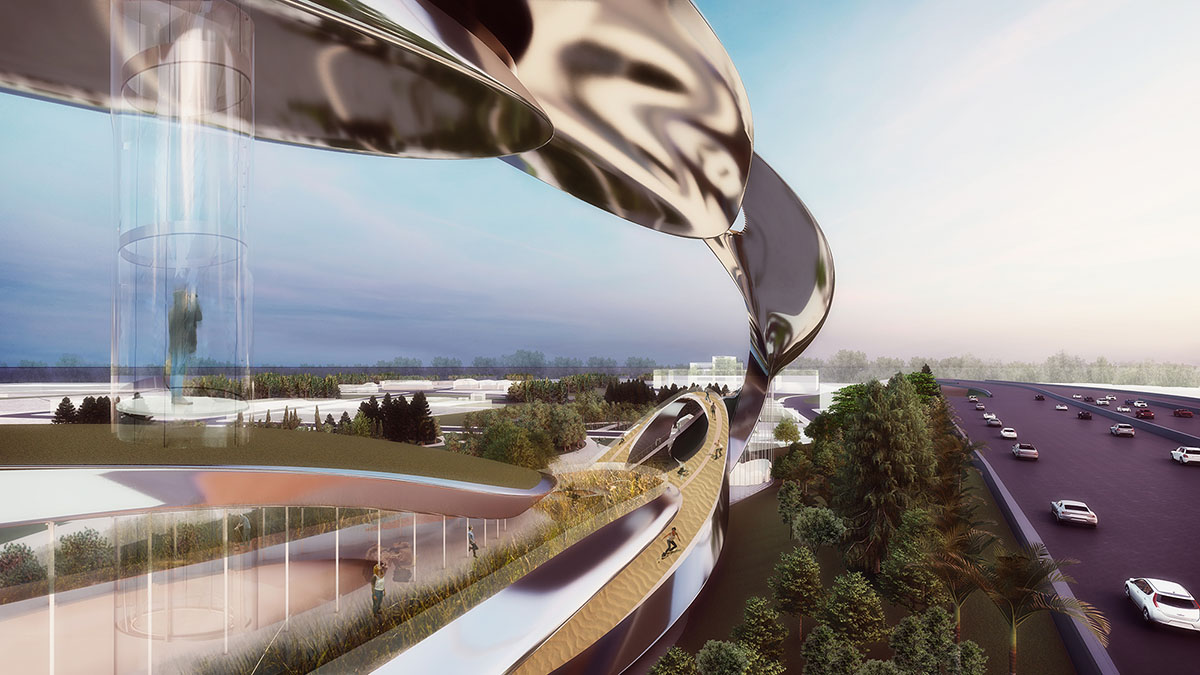 "The design was scattered in annular space, surrounded by three-dimensional continental blocks, symbolizing a divided world of relationships," said CROX.

"Through the circled ring, it echoes to the combination of the world as a whole, awaken the ecological contour of globalization, creating an ecological outline that soothing the interpersonal relationship, regarding as a sustainable existence in history and coexisting with the surrounding alert environment, repositioning the directions for this century, the spirit of this Landmark is “Reloading”." 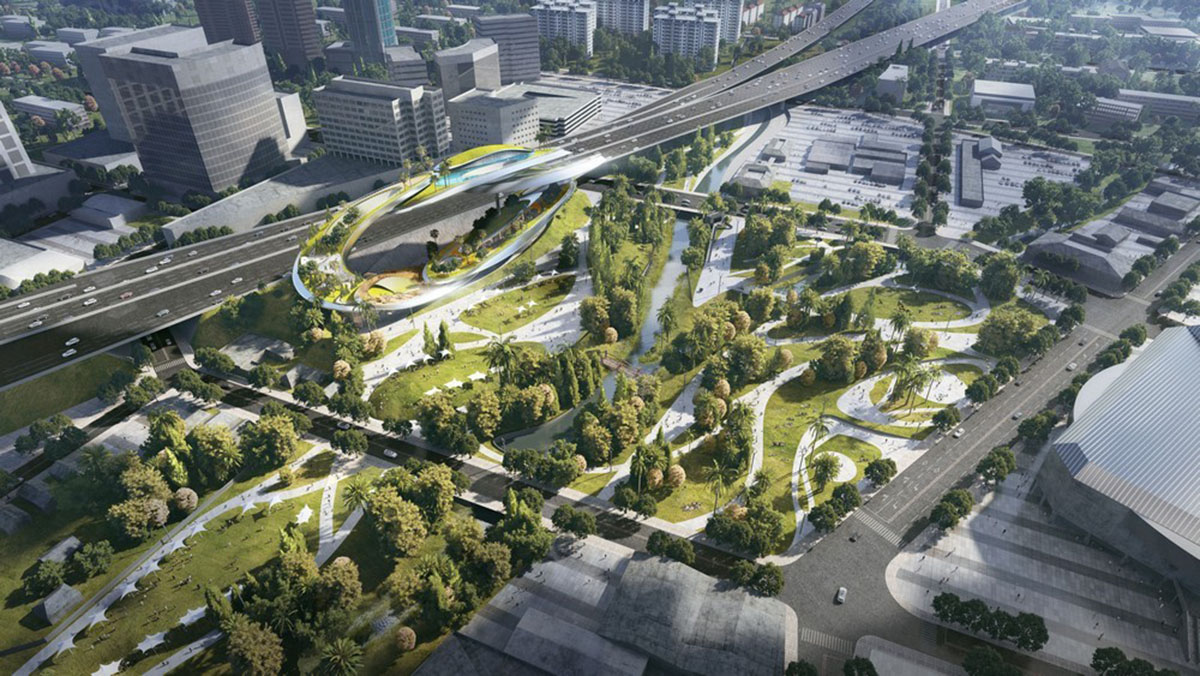 "San Jose's location within the developed high tech industry, as a cultural, political, and economic center has earned its nickname as the "Capital of Silicon Valley"," added CROX.

"This rapid urbanization presents many challenges, in order to keep up with San Jose's demands on a healthy living standard." 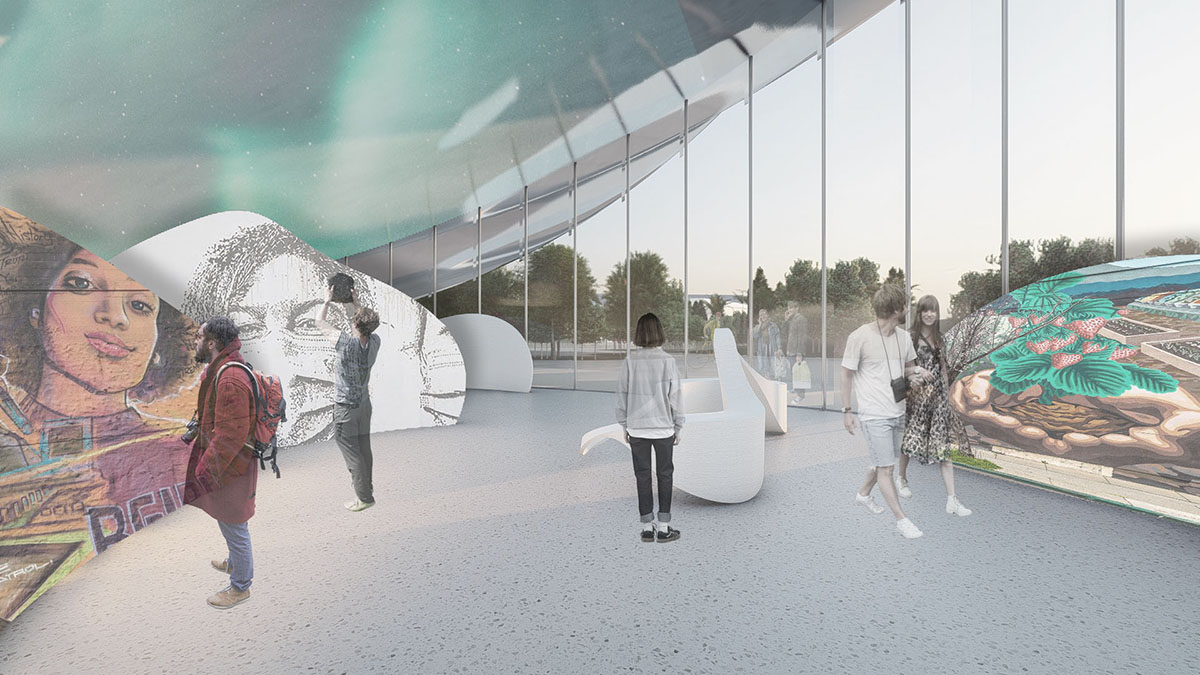 CROX's aim is to continue to progress societies and improve living standards through the connection between nature and science. "Eiffel Tower in Paris has taken the World Culture Center’s leadership in the early of the 20th century; it opened up the door to the spirit of modernist."

"In the beginning of the 21st century, we wanted to build up a good relationship between humanity and nature with look up to the important values of modernity as well as looking forward to development." 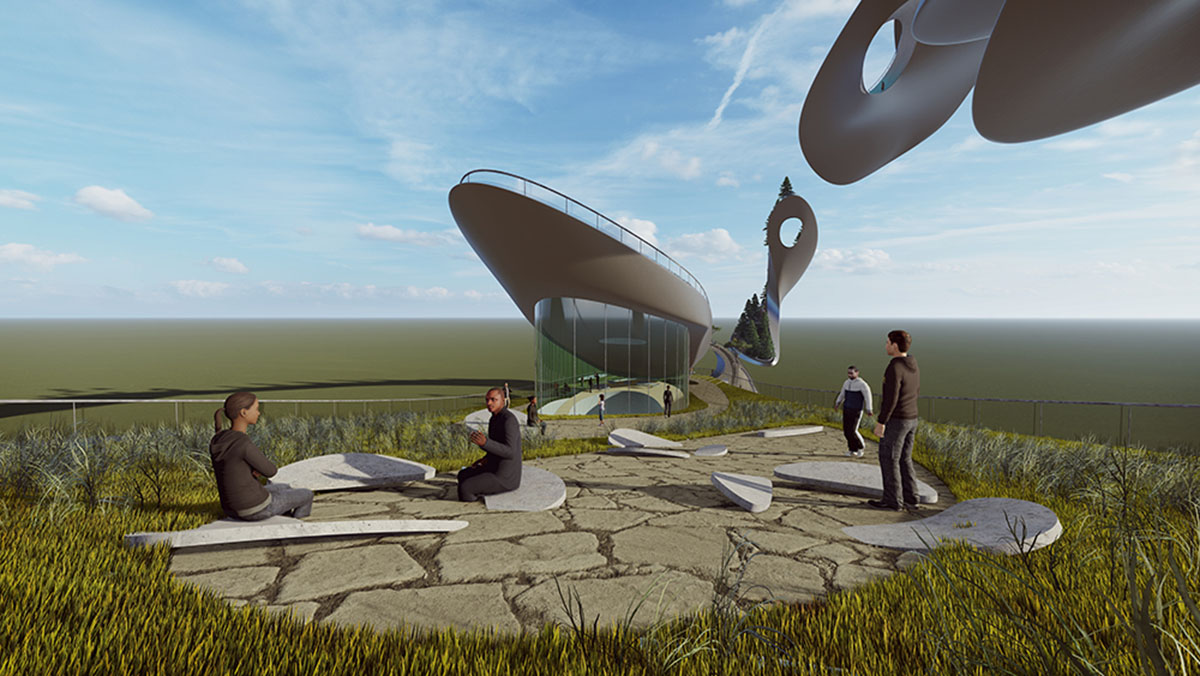 The use of the park is optimally expanded by the infinite loop, essentially a park within the park. This expansion of the green areas and public paths within the iconic landmark creates new and exciting views of the surroundings.

The proposed terraces and paths provide places for visitors to meet.

Lush vegetation from all corners of the earth line the 10ft wide trail along the infinity loop. In addition to this, the path can also be accompanied by various exhibitions, artistic objects, or scientific explanations, thereby creating a learning or adventure path for the public. 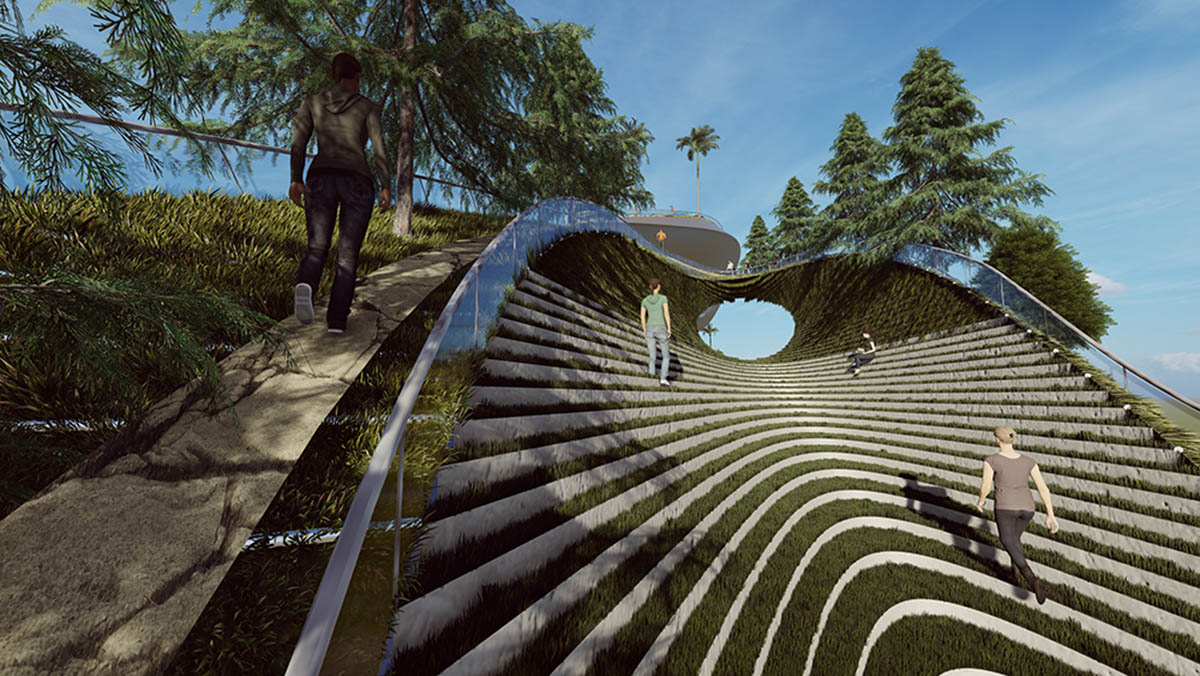 The built of the landmark not only provides us a new possibility to imagine the future，but also brings back nostalgia to many members of the most competent and loving generation on the planet. Moreover, it is a creation that regenerates the city grid.

CROX said that "our concept represents a new standard for urban regeneration; it spreads beyond the limits of geographic proximity and revives confidence globally." 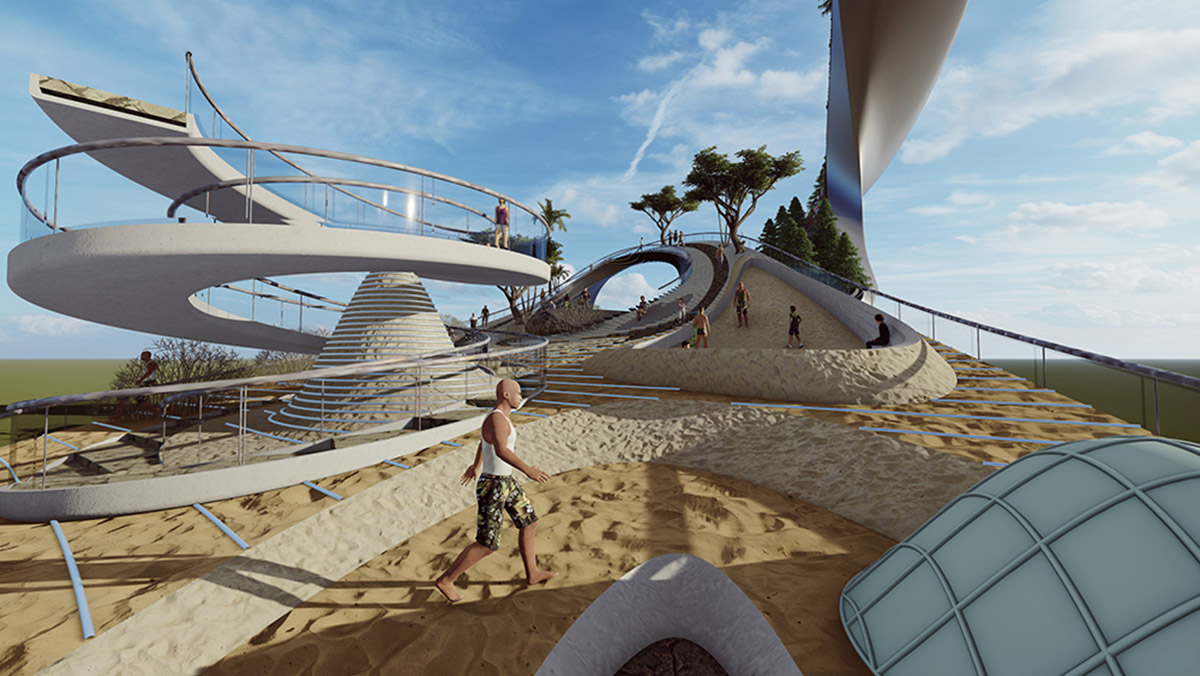 Photovoltaic elements that are seamlessly integrated into the facade (building integrated Solar panels) provide the necessary energy for the operation of the entire structure. An effective irrigation system that utilizes rainwater tanks will optimally supply the green areas. The curved shape is visible from afar even in the dark thanks to the laterally integrated lighting band on the narrow side surfaces. The approx. 6.5 ft high lighting strip is formed by luminous dots integrated into the outer skin, which emit a soft, calm shimmering light.

This light band can reproduce any color and the intensity can be controlled. As a suggestion, it reacts to various events, rain = blue light. The entire shape of the infinity symbol shines by itself and achieves an unmistakable long-distance effect at dusk and at night without emitting unpleasant blinding effects or light pollution in the environment. 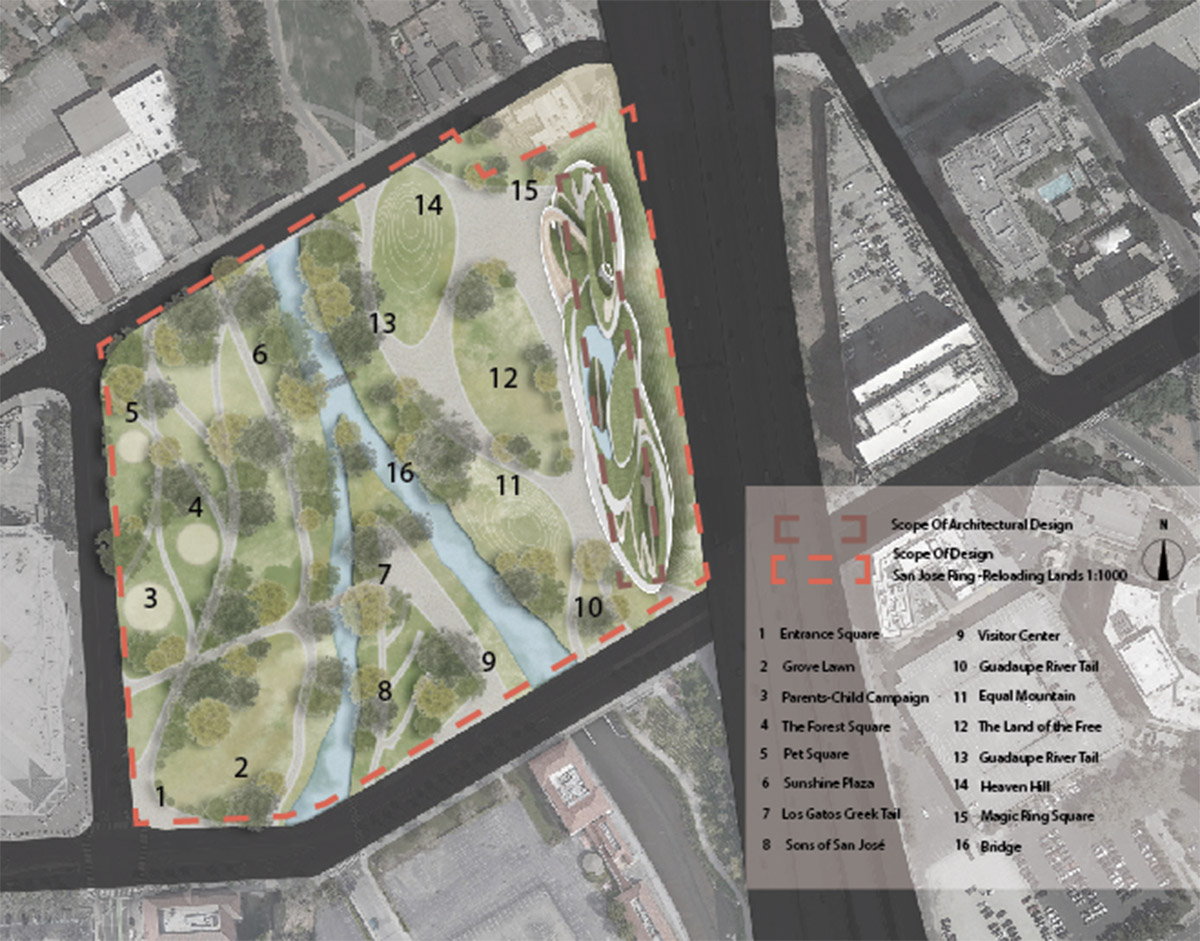 People would notice this green structure obviously from a distance. The overall structure is constructed by large spanned steel web, two way cross arch frame and direct supporting system, and a 50 meters height and 190 meters in diameter ring.

Distinguishing by the five split petals and inter-positioning a load-bearing cylinder, in addition to differentiate the structures identically. All the MEPs are hidden inside, forming a free flowing movement and that the San Jose’s skyline will be developed in the near future. 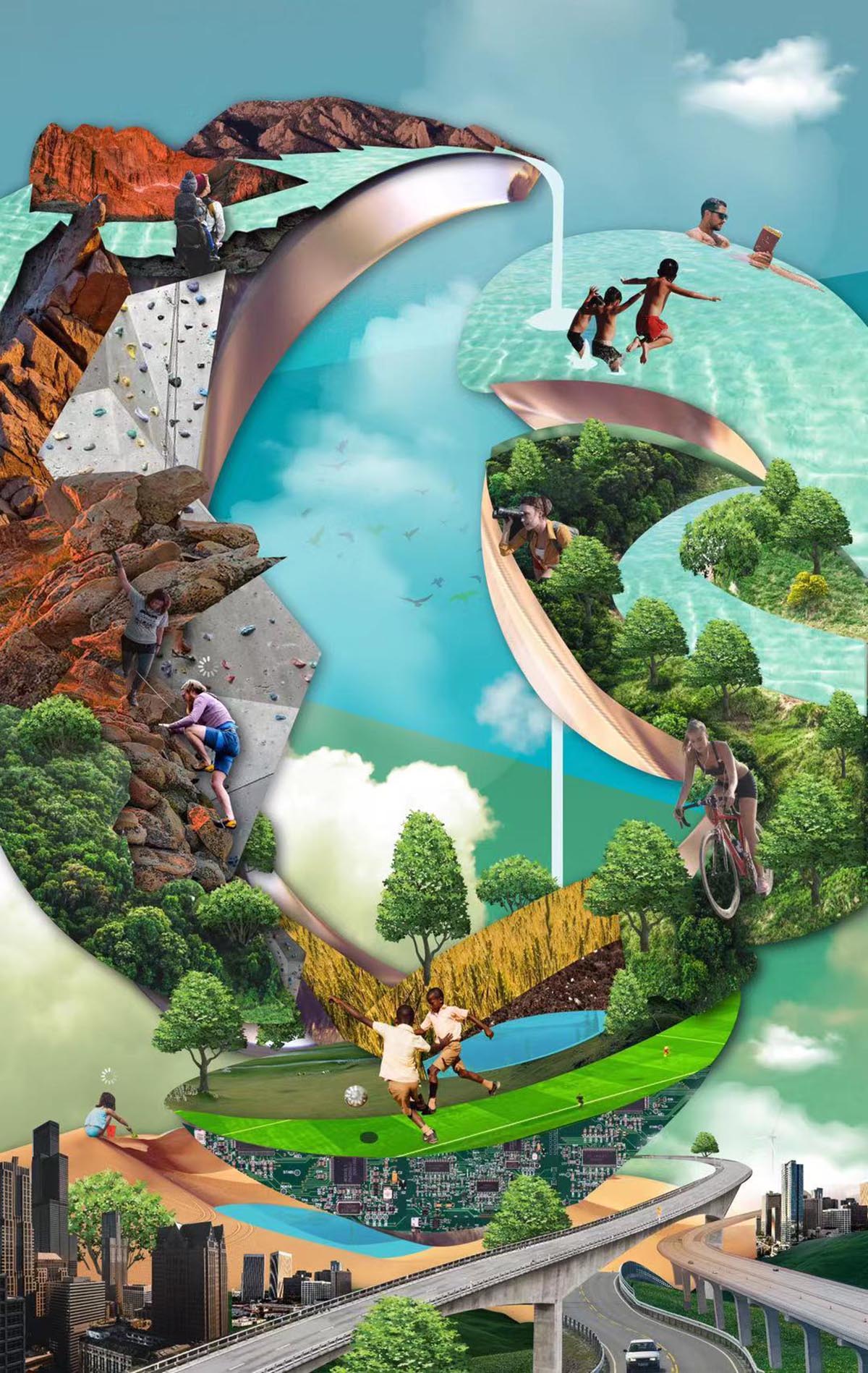 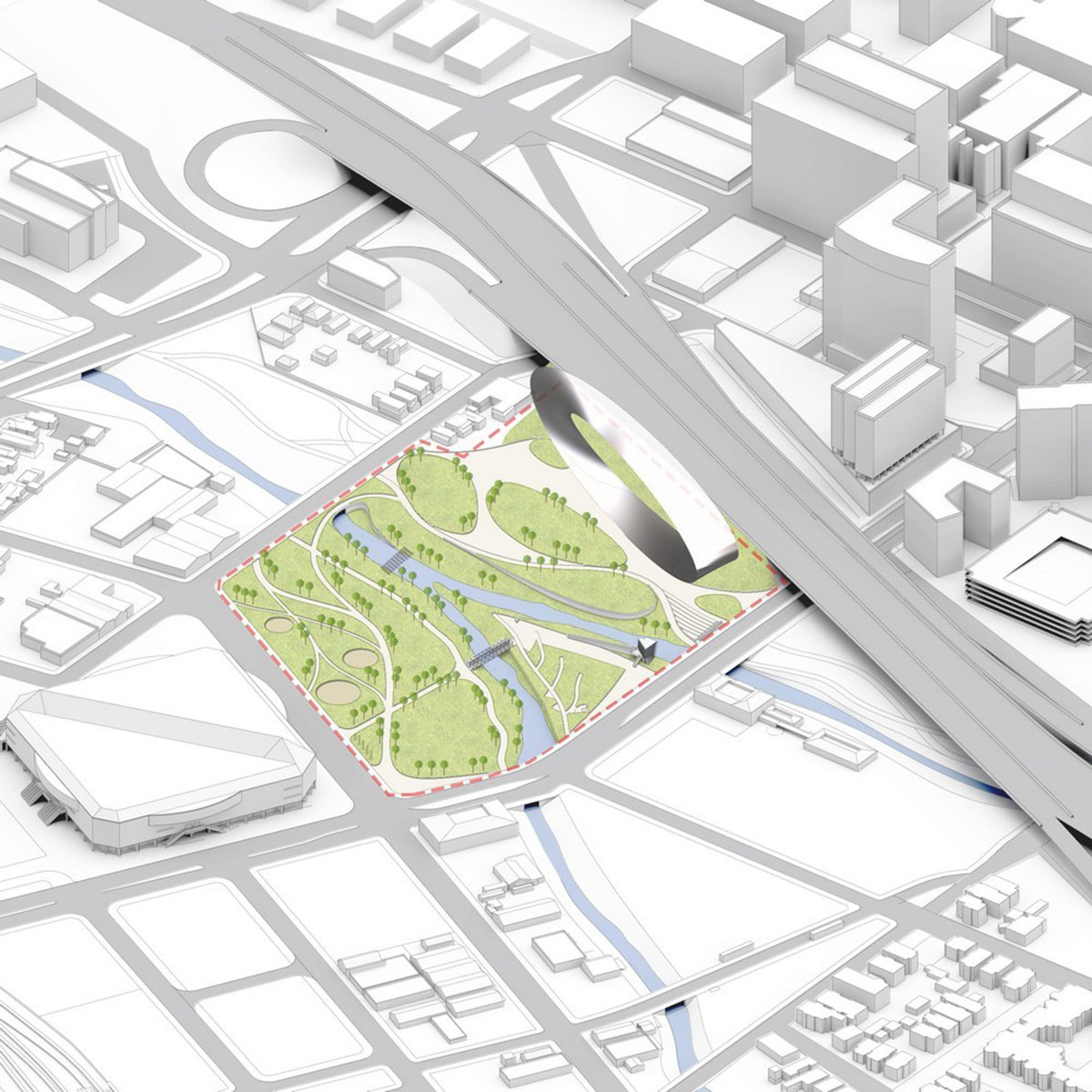 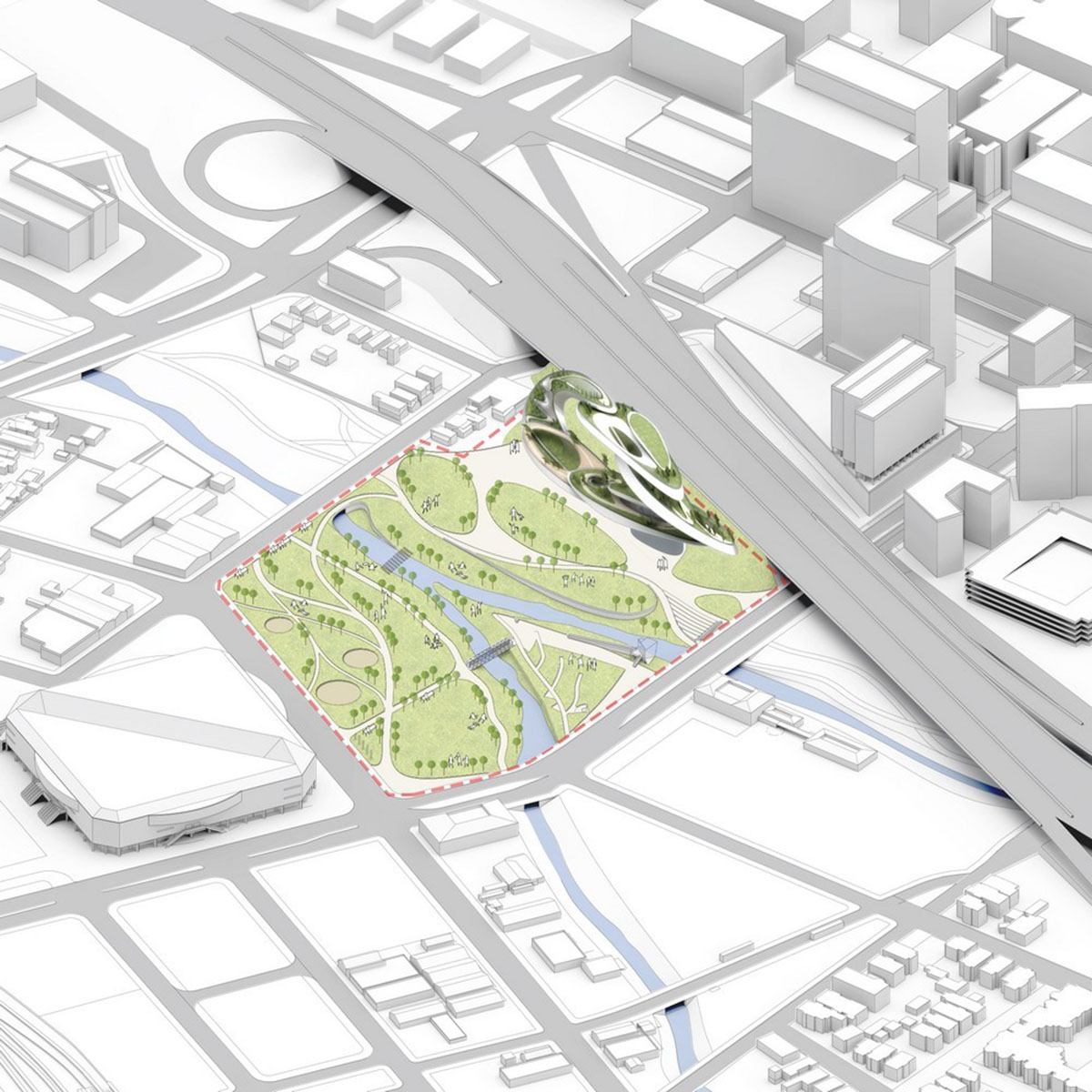