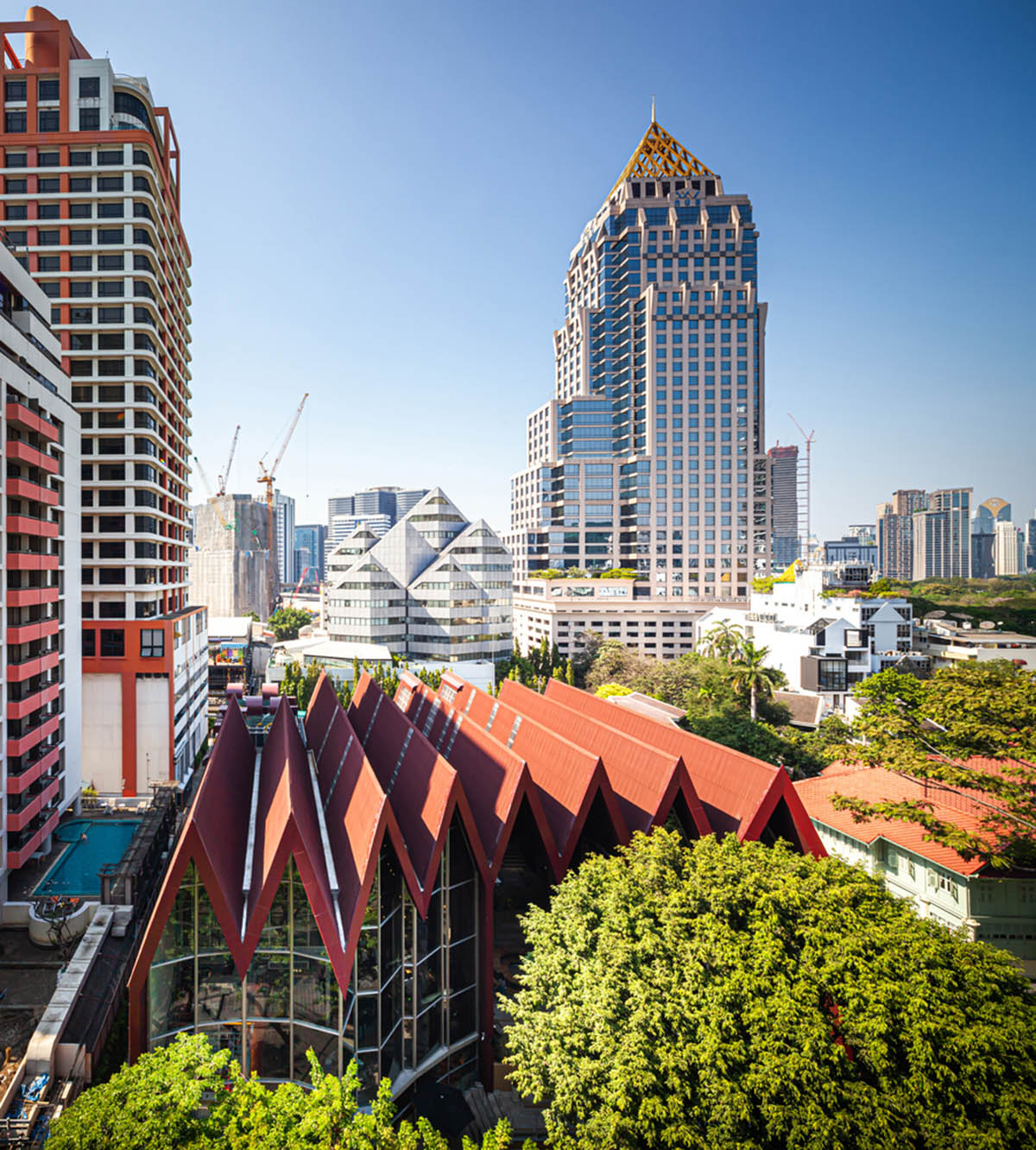 Bangkok-based architecture studio Department of ARCHITECTURE has built a pavilion that features a red-colored zigzagging roof in a vibrant Bangkok neighborhood in Thailand.

Called The Commons Saladaeng, the 3,000-square-metre building was designed as a mixed-use and public space that references to this little-known history of the neighborhood.

The name of the project comes from the presence of a small red-gabled train station that stood distinctly in the middle of the rice field a hundred years ago as part of the first railway line of the country. 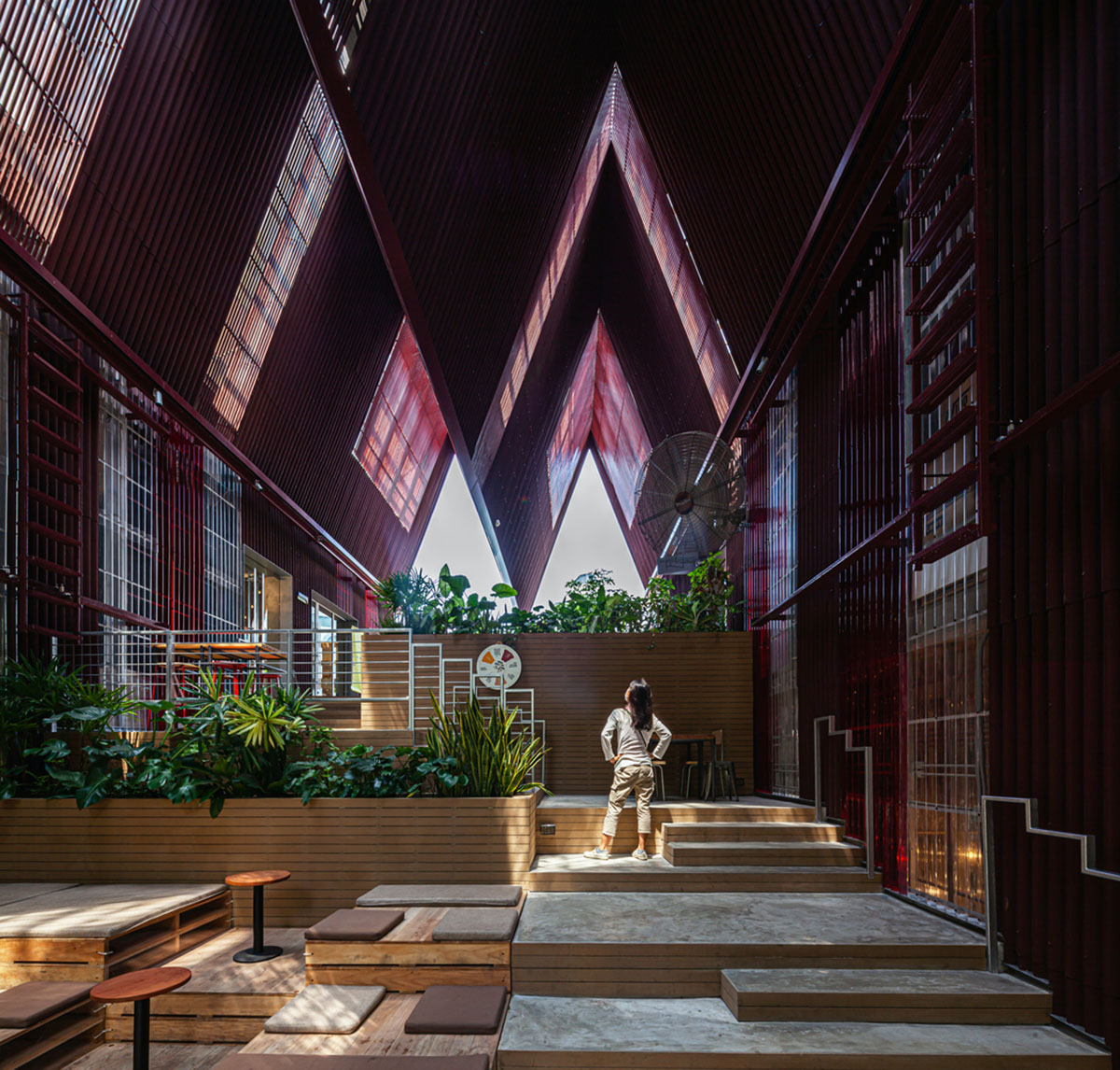 To mark the building within the context, the architects used red rubber corrugated sheets as the main architectural material "not only because of its crimson color but also for its corrugated surface that hints the character of the roof material of the past," as the architects explained.

"The clear and red transparent corrugated sheets add a layer of complexity onto a simple architectural form."

"Eight small gables, reminiscent in scale of those in the past, are made possible to accommodate the present-day needs for wider interior spaces with the use of a specially designed M-shape roof structure," the studio added. 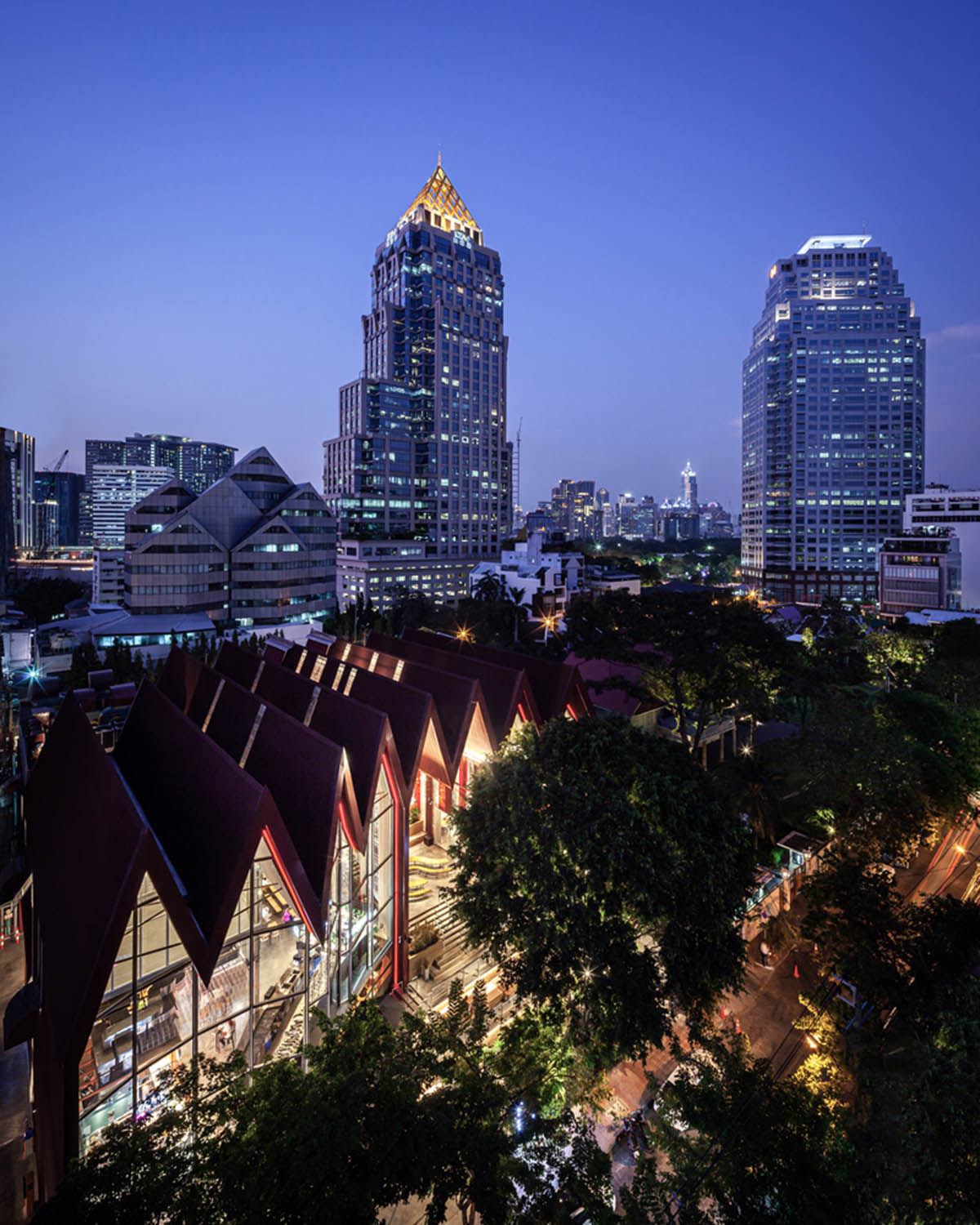 The studio continued that the best feature of the site is the large 15-meters-high ficus in the front.

The building facade creates a concave curve receding away from the tree minimizing disturbance to its branches and roots, and emphasizes the tree itself as the main focal point. The building middle volume carved out as an open-air public space is oriented towards the tree. 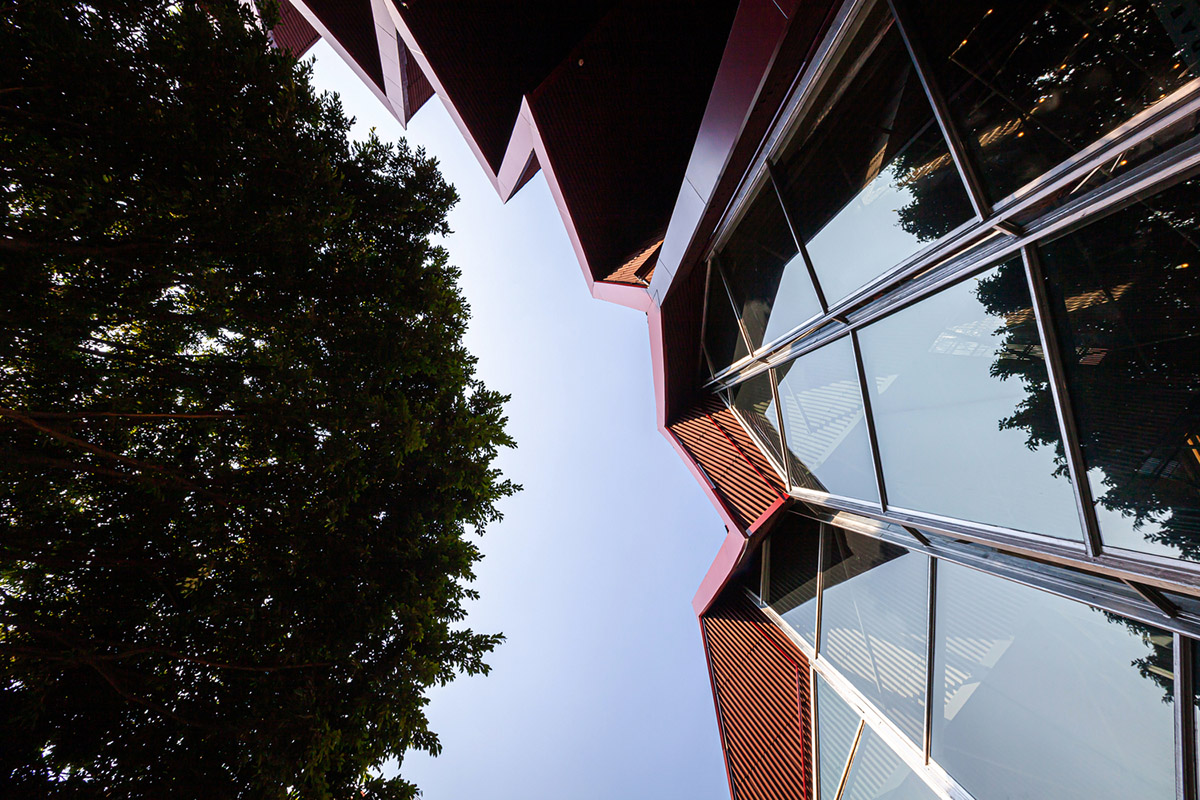 Simultaneously, the tree helps screening out the visually incongruous context across the street while adding a level of privacy and intimacy to the space within.

"Living and working in the high density CBD, Saladaeng people yearn for an open-air area that can provide a comfortable micro climate," the architects continued.

"Almost 30% of the building footprint is provided as a "Common Ground," a large open-air public space that welcomes passers-by from the street level to cascade upward." 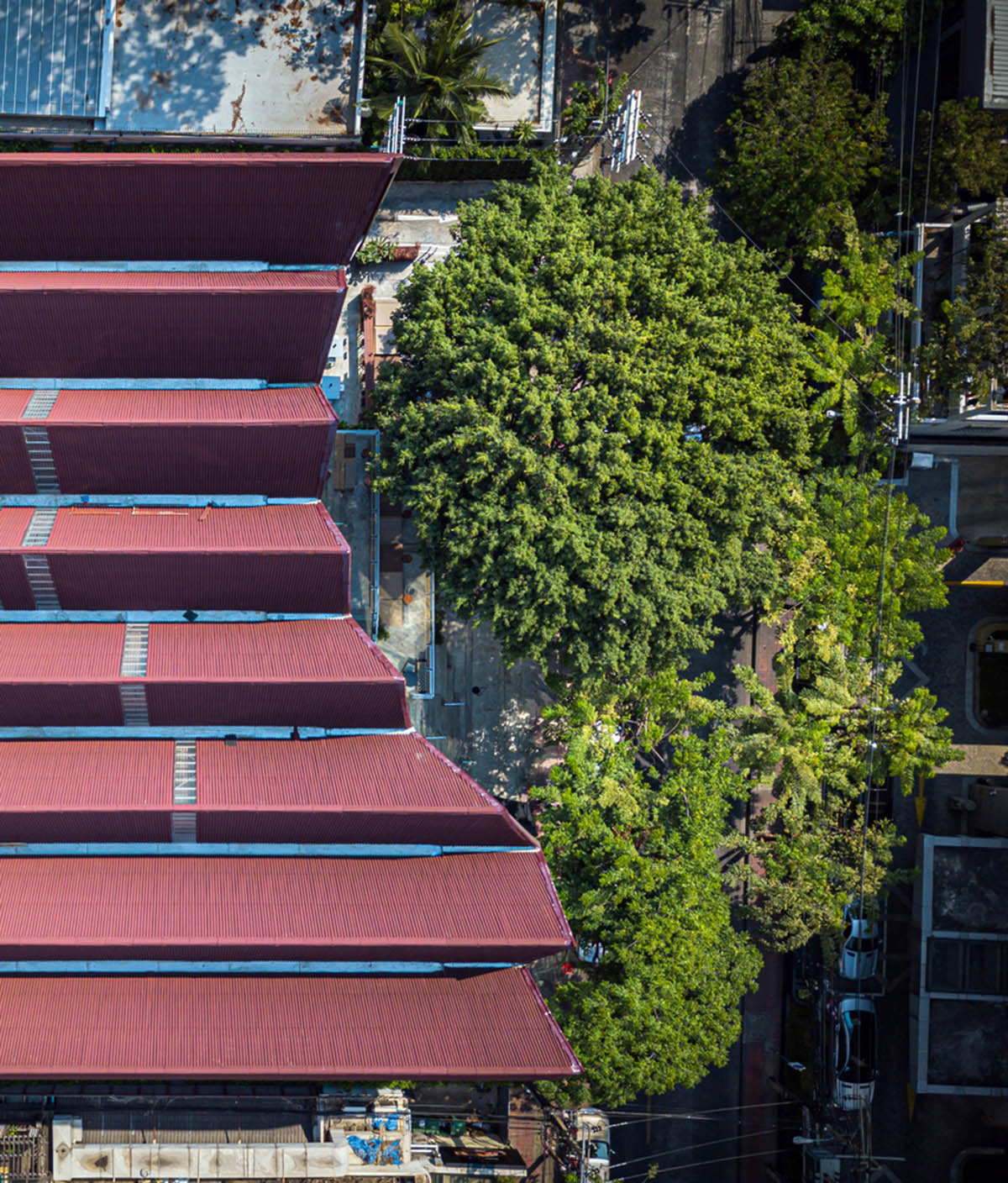 The project contains large steps with platforms for seating and planting. It is equipped with large industrial fans generating “laminar flow” (continuing low-velocity through ventilation) through the entire space. 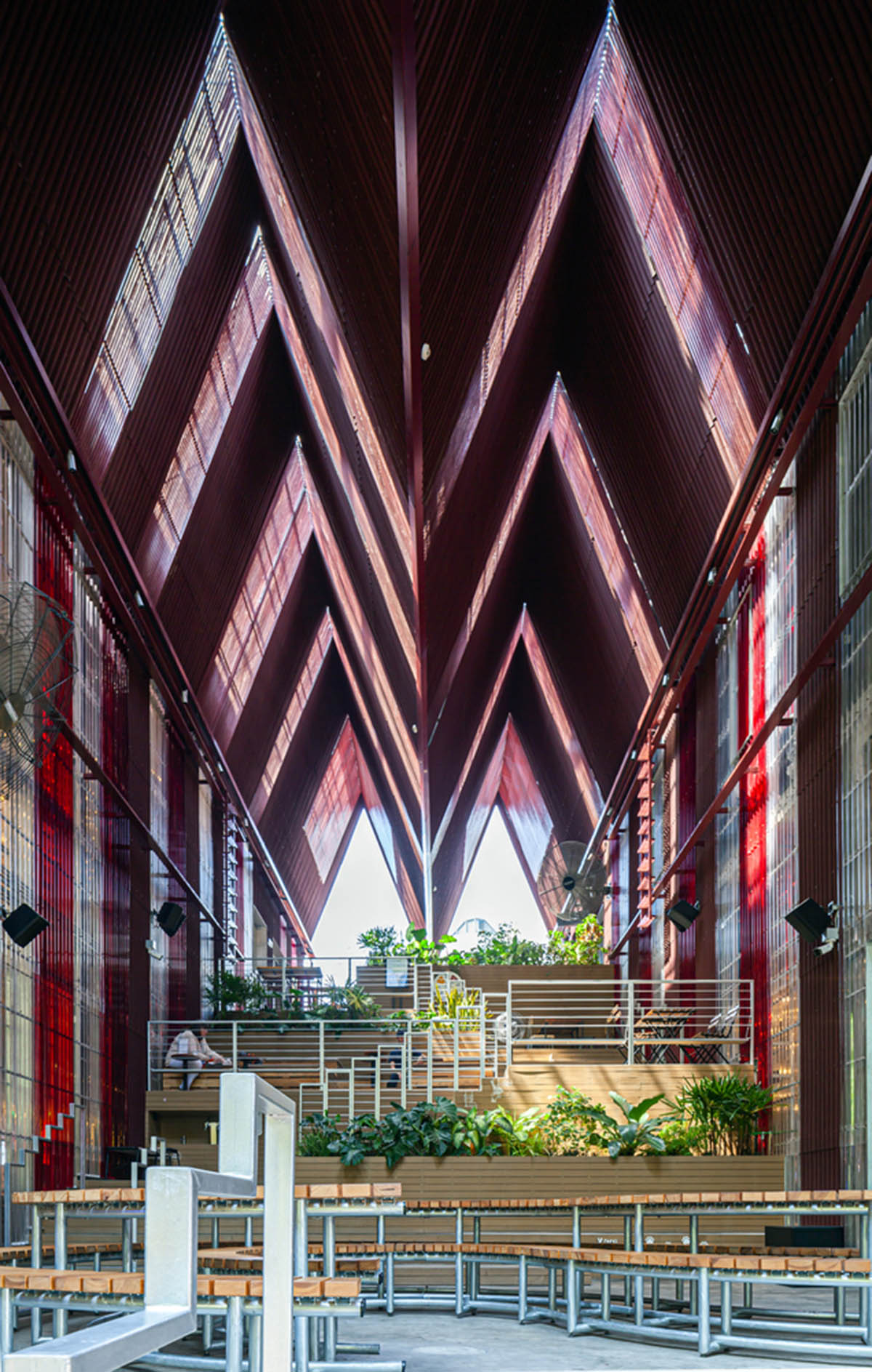 The architects said that this “Common Ground” was designed as a modifiable ground-scape. A special pallet unit system is designed as an architectural device that can interplay with the cascading steps to transform the space into different configurations for various kinds of activities. 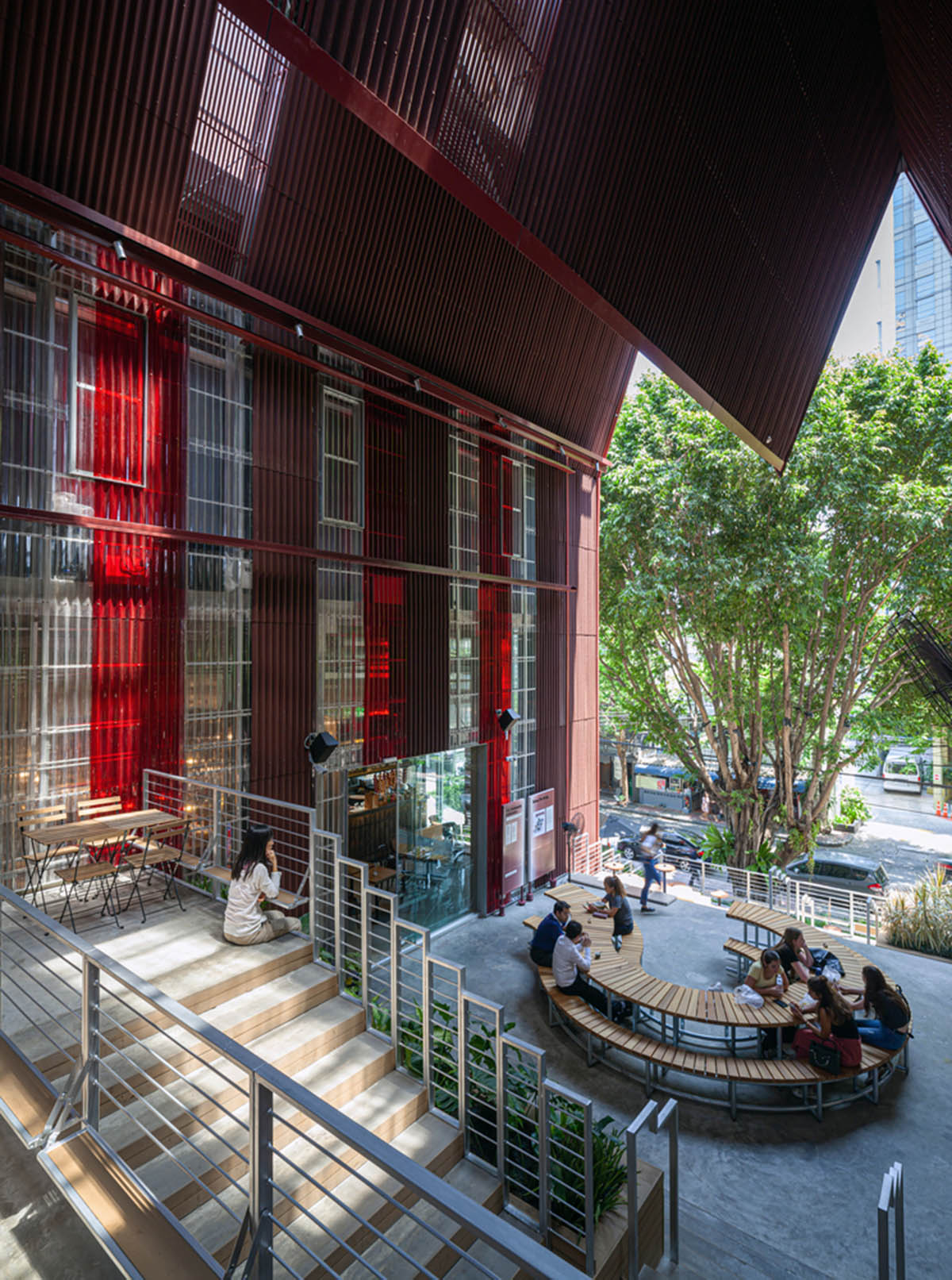 The system can be used to create a series of small flat areas for weekend market booths, series of steps for children’s fun experience, a small platform for intimate music performance, or a large stage for a big music band and adapts the entire space into an informal open-air concert venue. 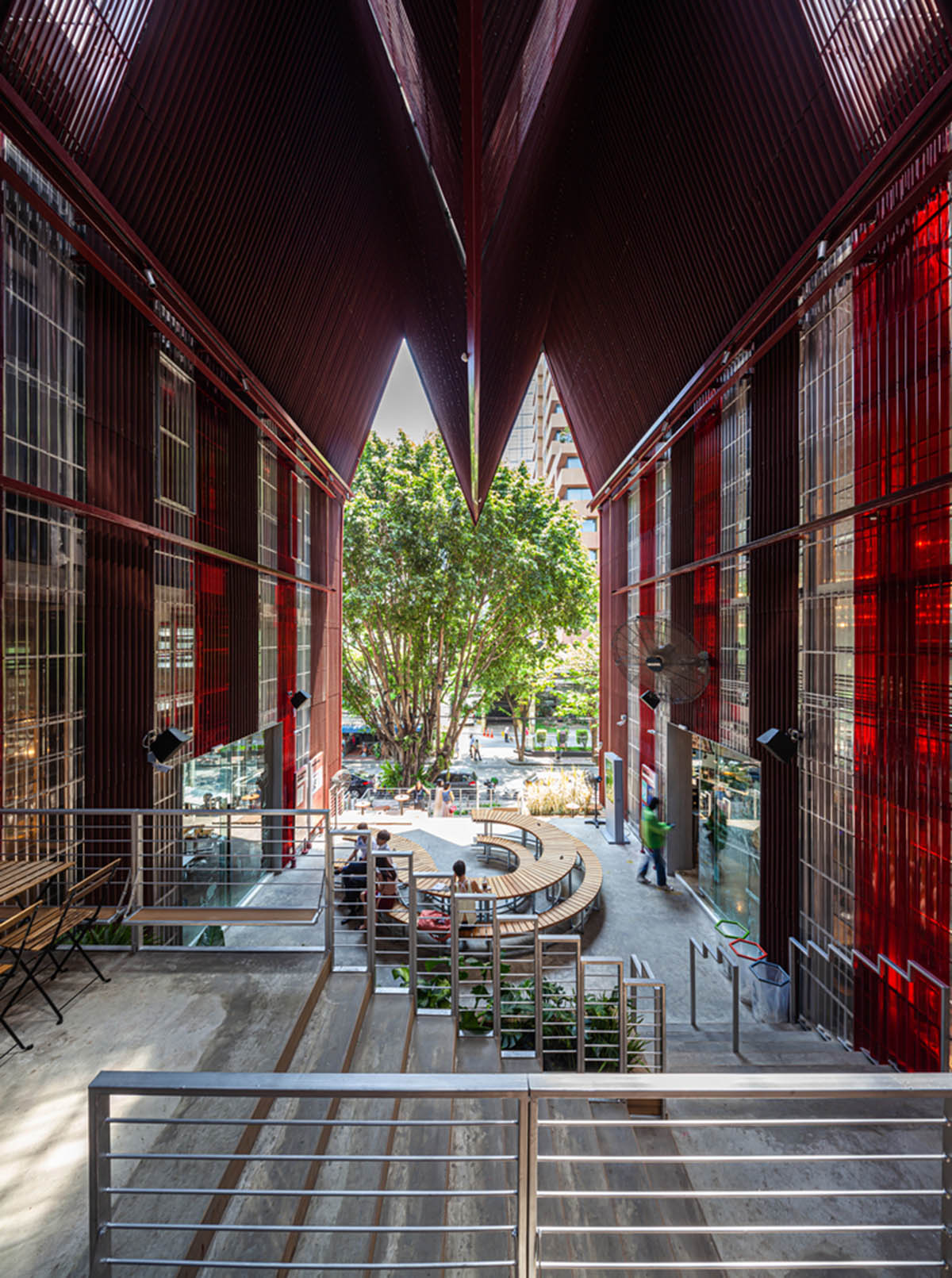 The system can be used to organize the space in any other infinite number of configurations for future events.

The Commons Saladaeng is innovative urban lifestyle architecture, well rooted in its local context and climate with a sense of place. The project is embedded within the neighborhood, always adapting itself to answer to the life of the community. 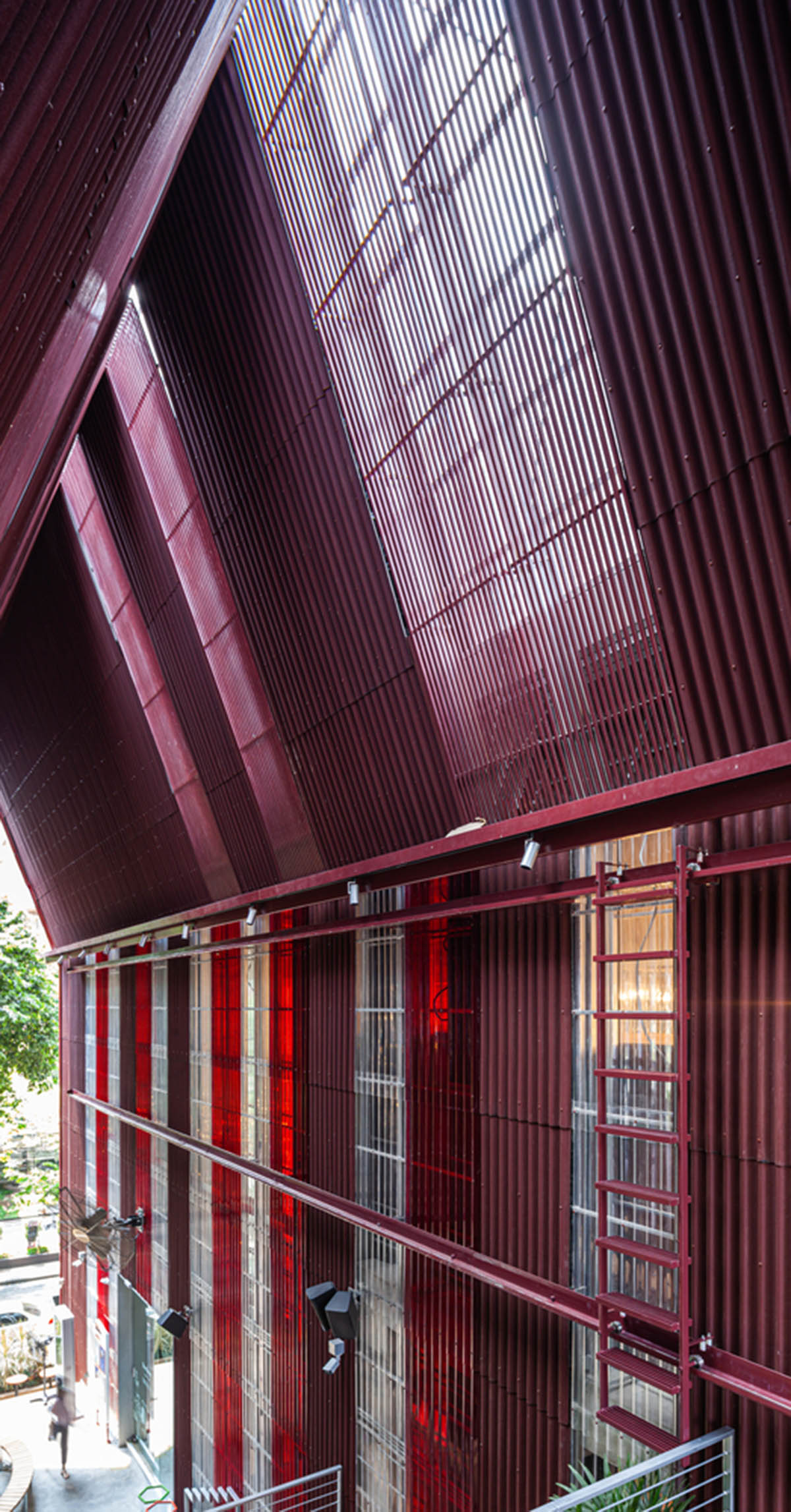 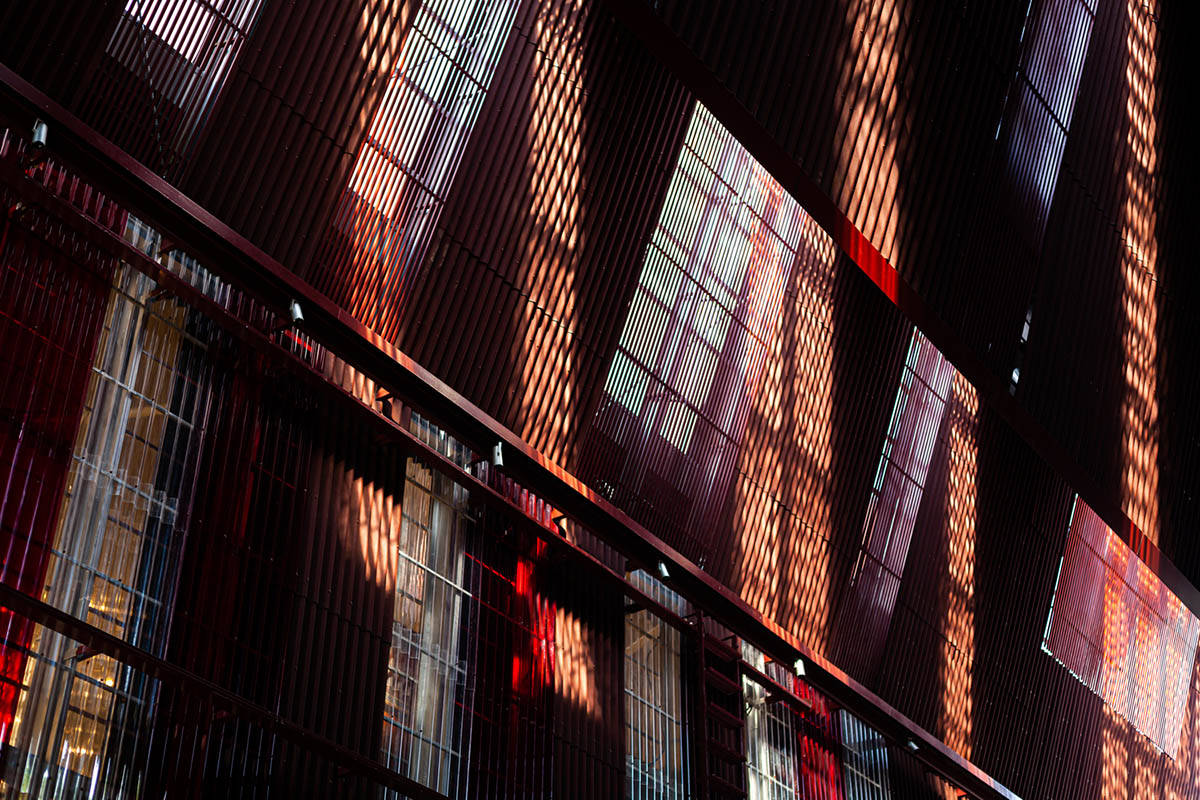 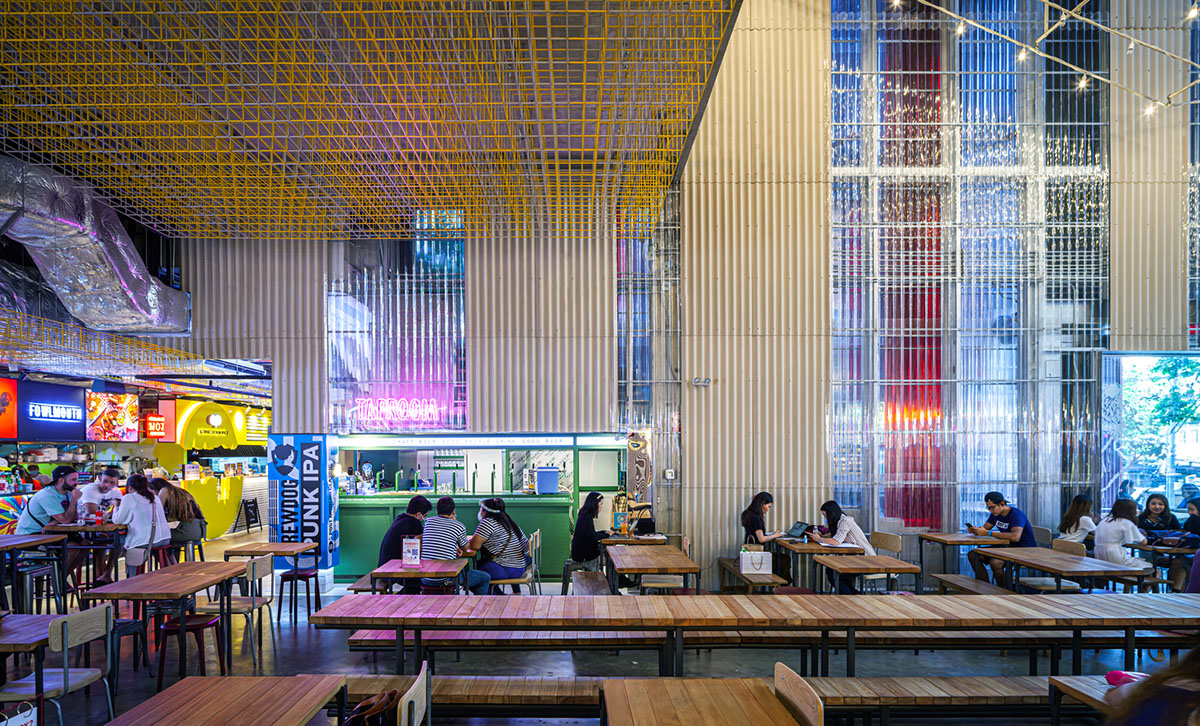 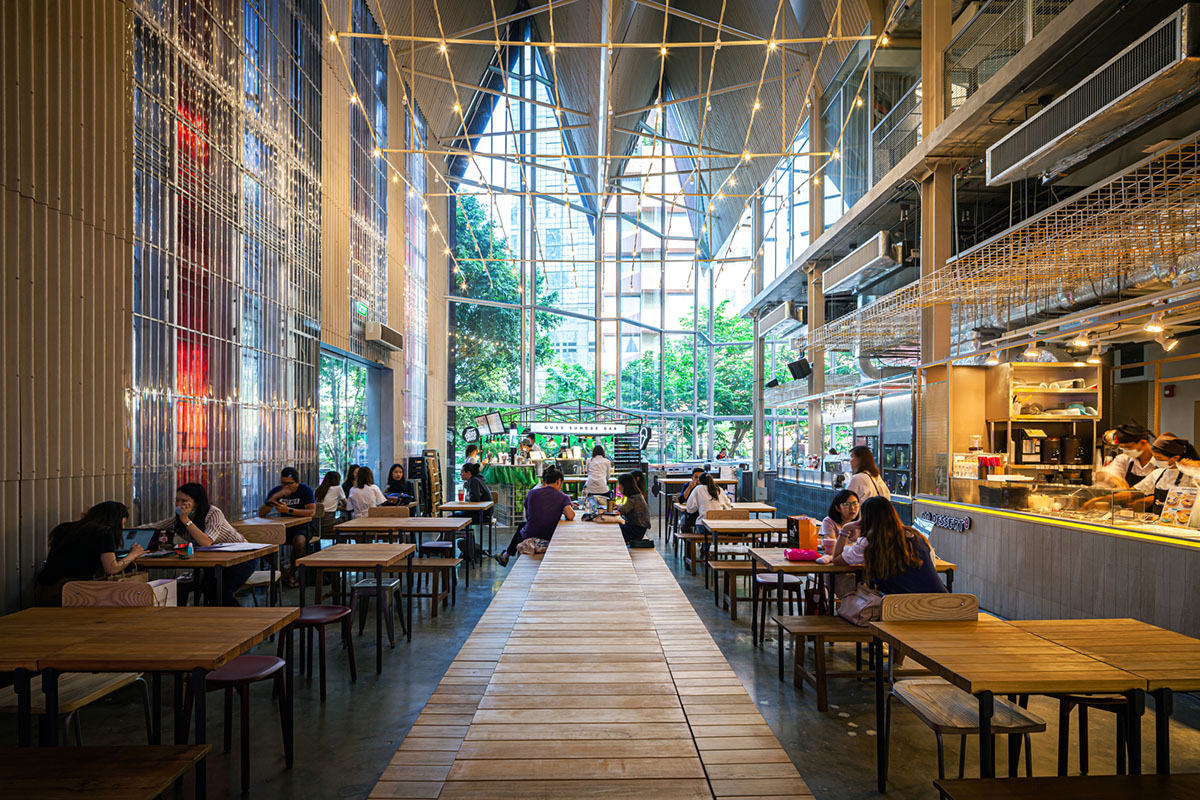 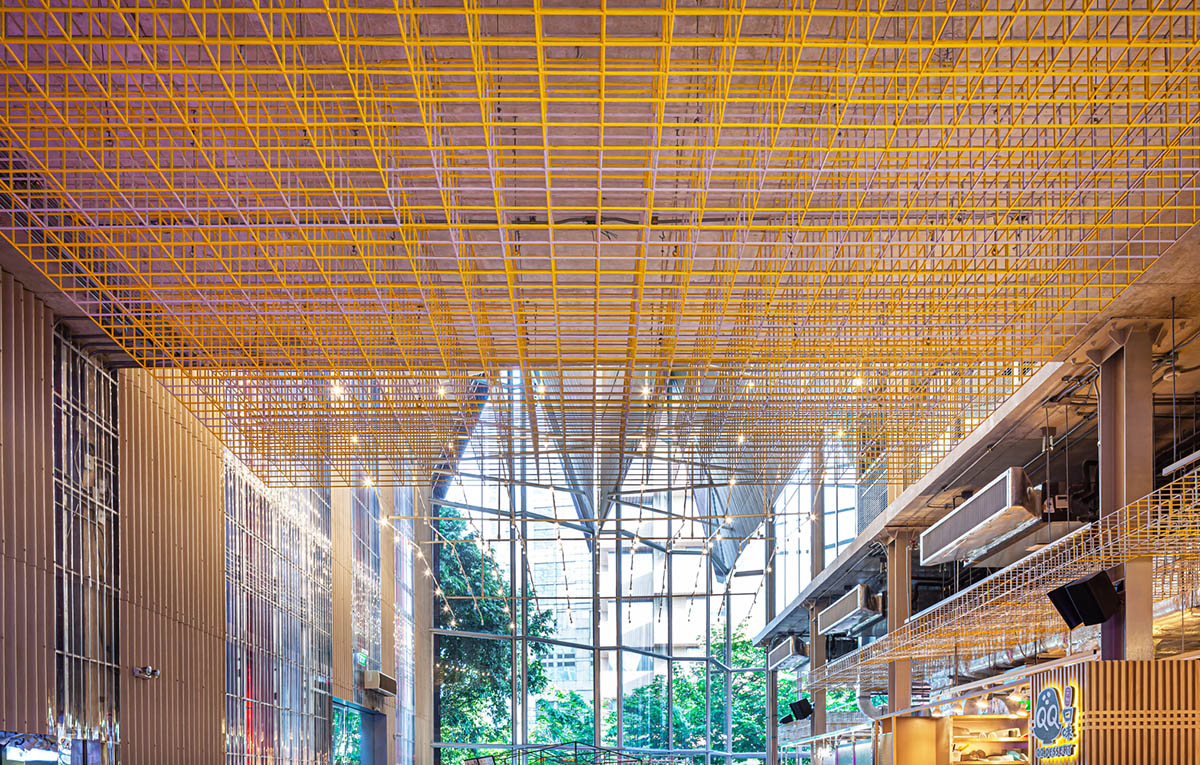 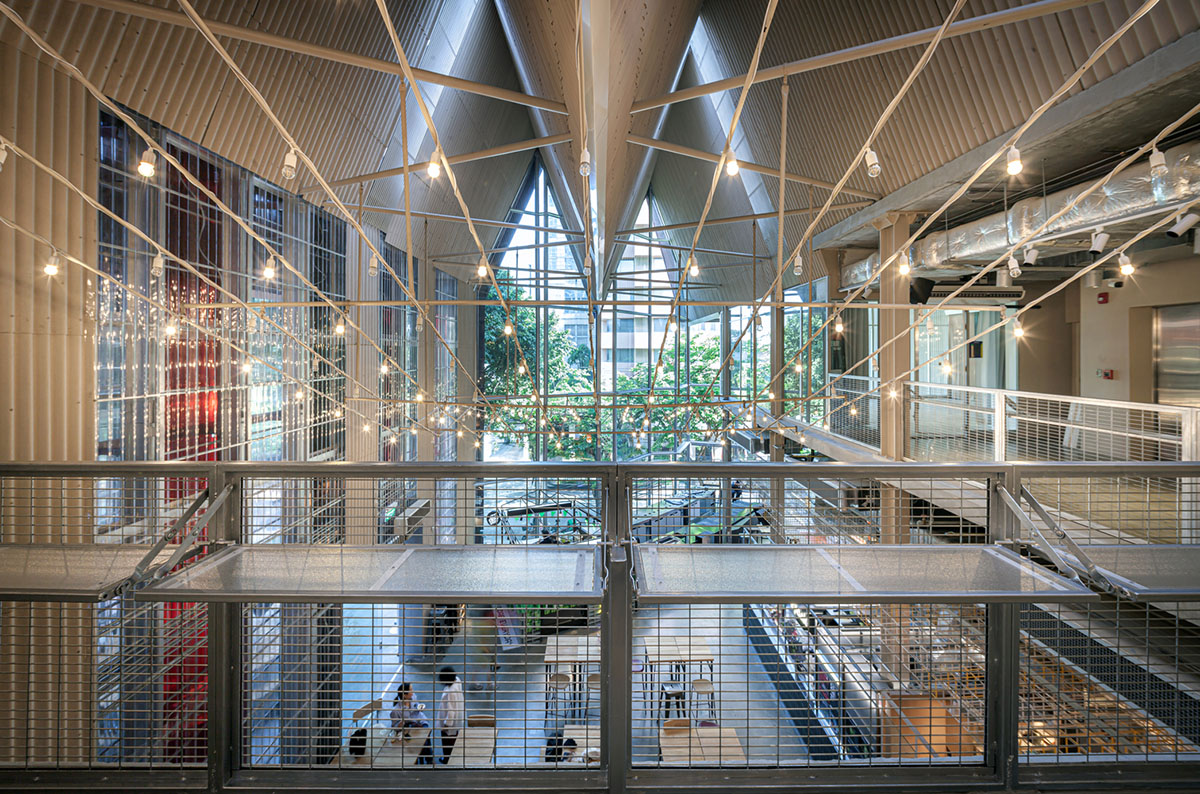 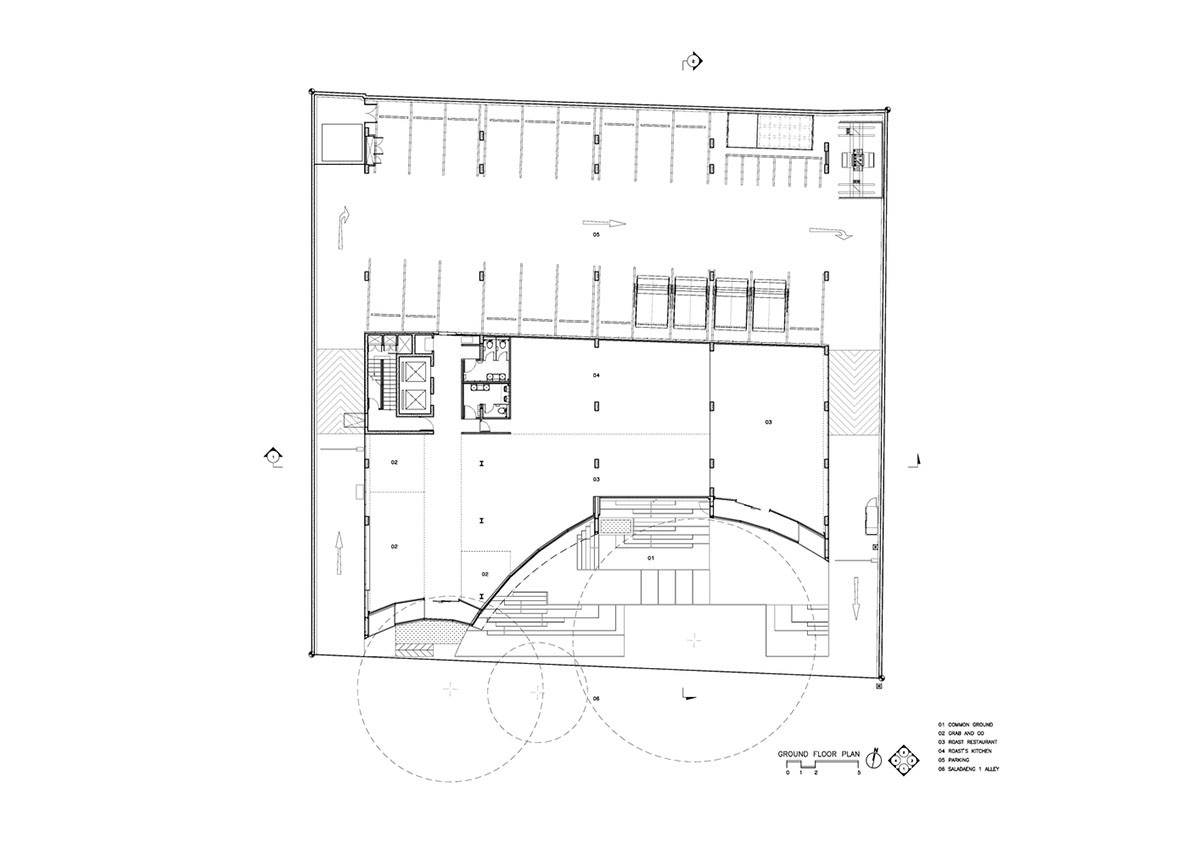 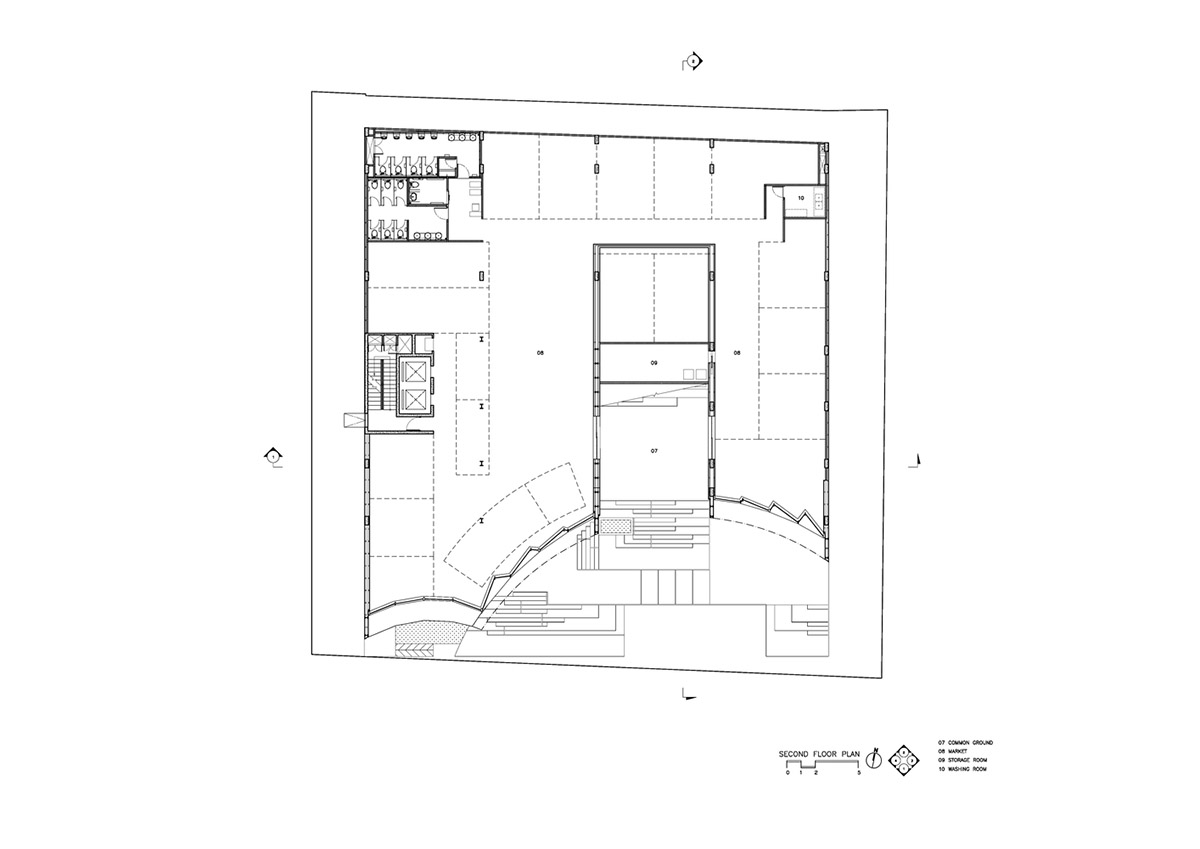 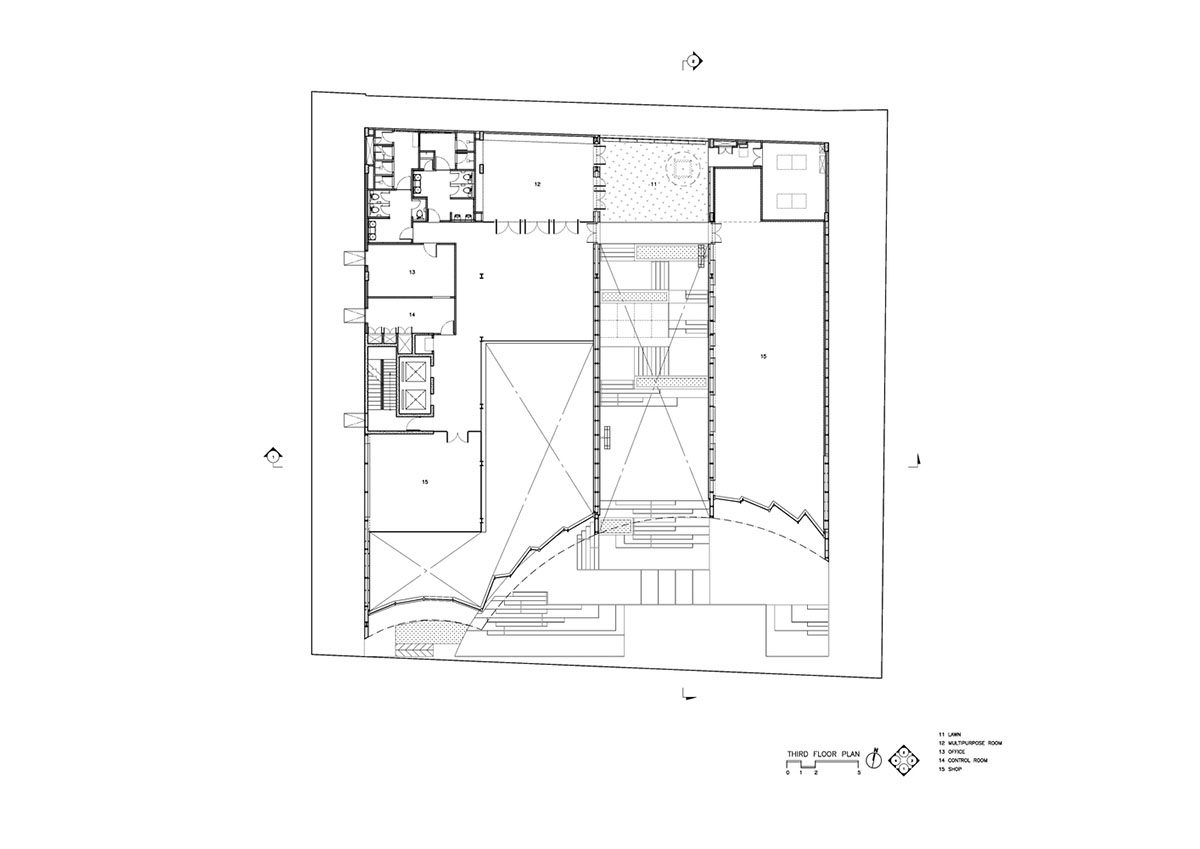 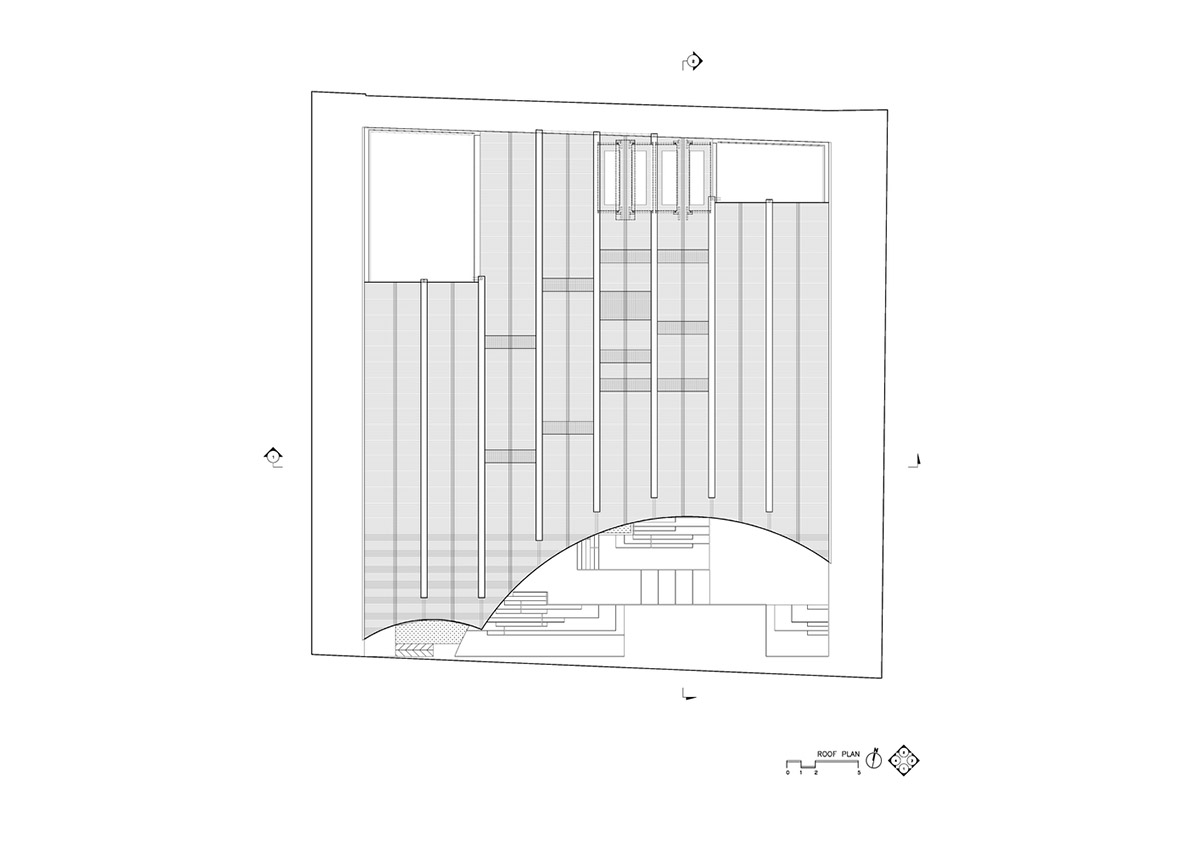 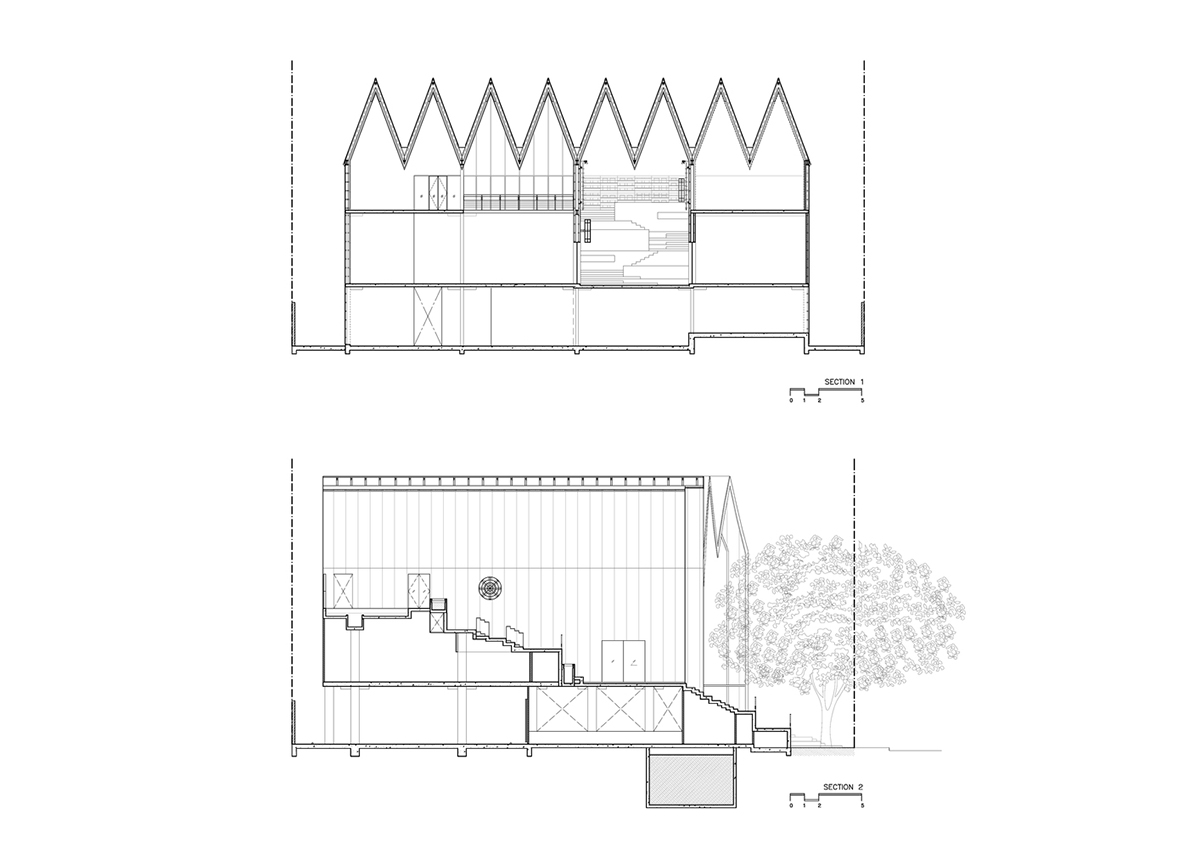 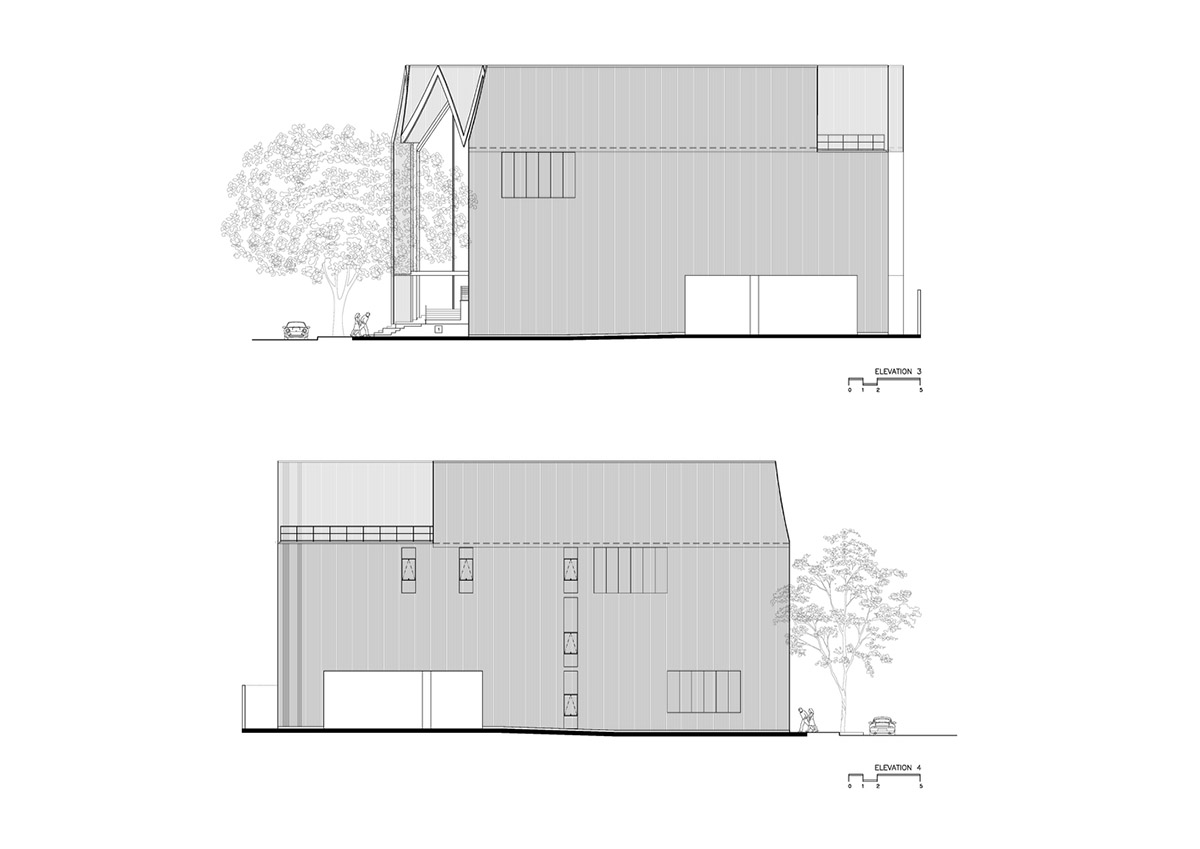 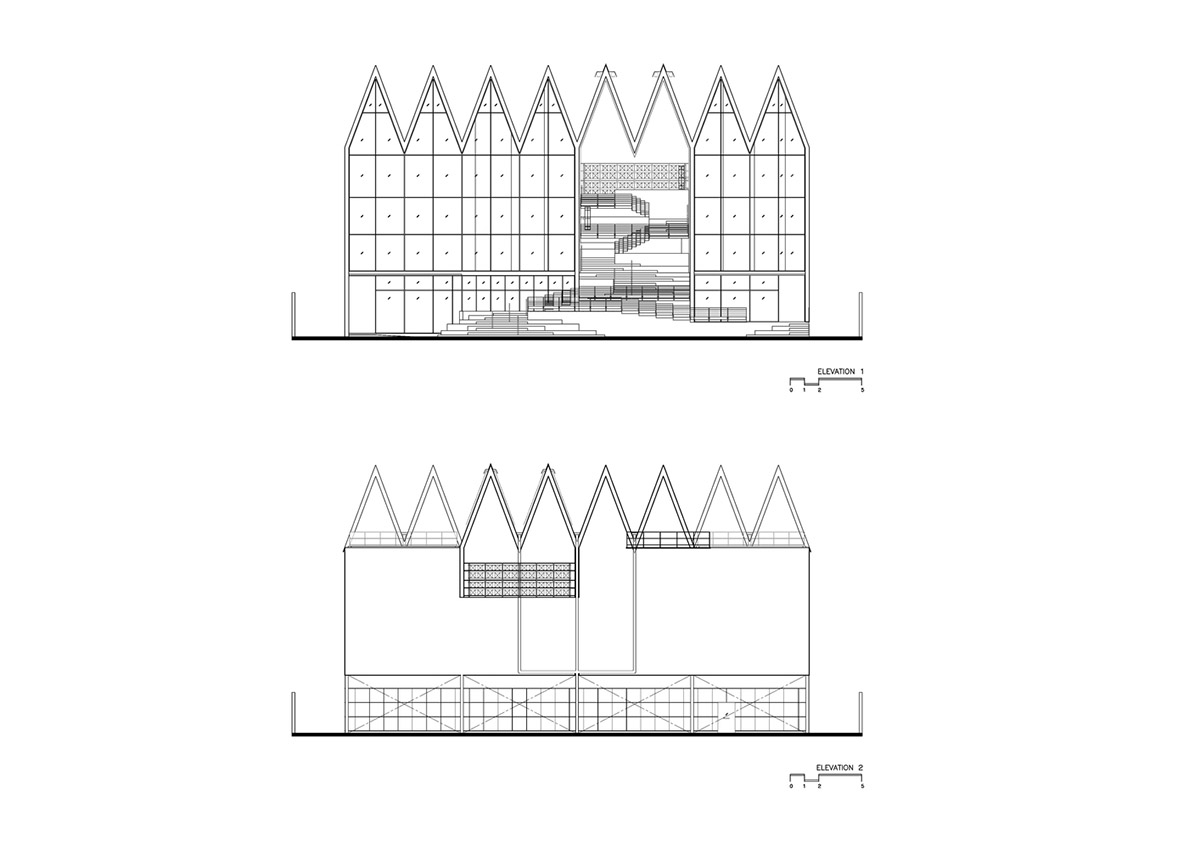 All drawings © Department of ARCHITECTURE

> via Department of ARCHITECTURE