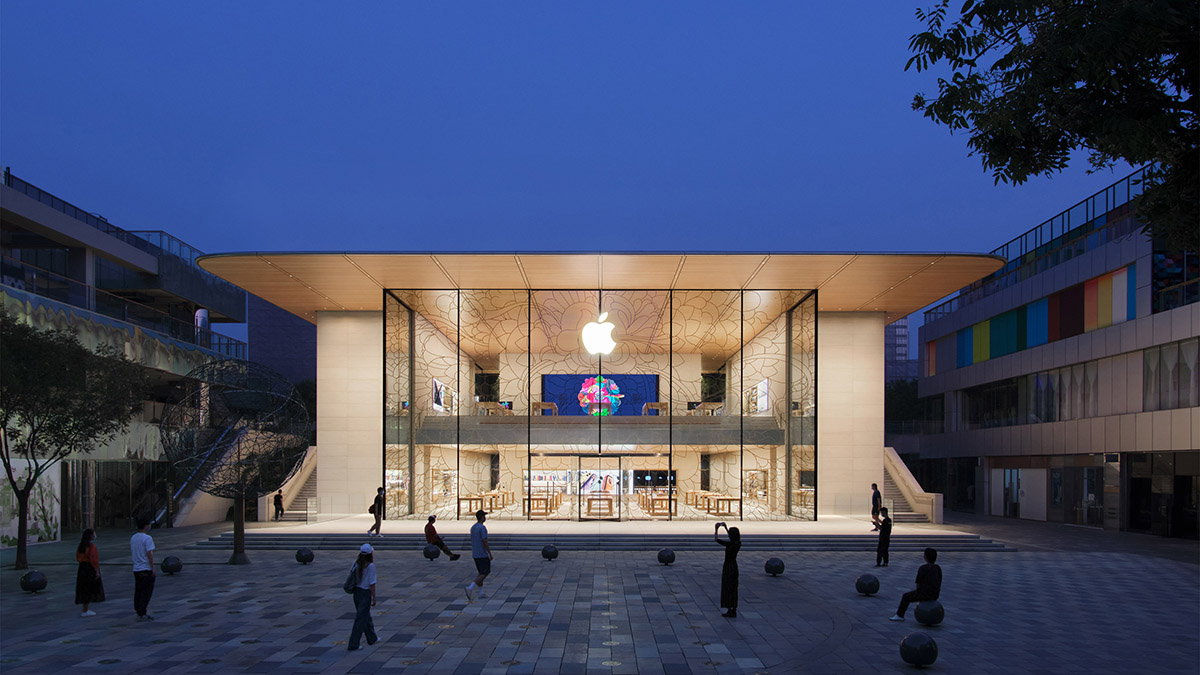 Foster + Partners has completed the entirely new "Apple Sanlitun", the next iteration of Apple’s first store in China.

Sitting adjacent to the previous location on Taikoo Li’s open square in Sanlitun, the brand new store is twice the size of the original and introduces several firsts for Apple in China.

The new Apple store seeks to create a new dialogue with the surrounding pedestrian streets, addressing the large open square that is a social focus for the district.

The design was realized with a close collaboration between Apple’s teams and the integrated engineering and design teams at Foster + Partners.

"Apple Sanlitun is all about being open and inviting – visually, physically and metaphorically. The store is a grand place that connects the inside and the outside," said Stefan Behling, Head of Studio, Foster + Partners. 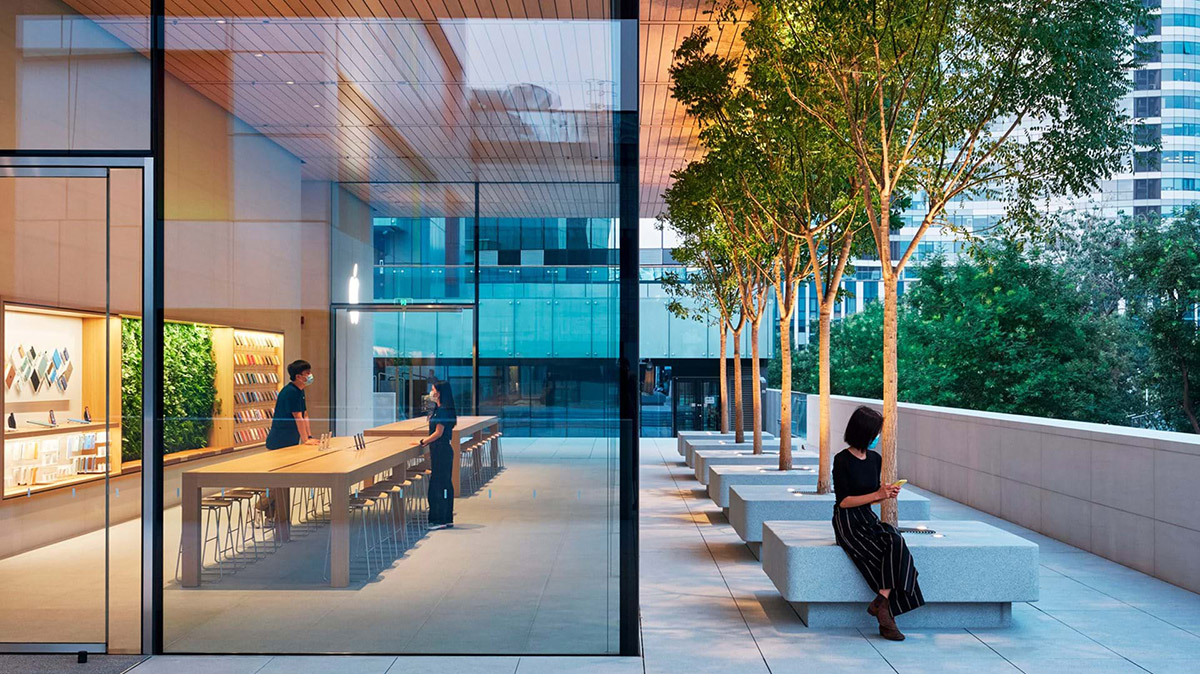 The design takes cues from the vibrant energy of the area, Apple Sanlitun has a porous building envelope that opens out onto all four sides and connects to the multi-layered circulation network.

Foster + Partners designed a glazed façade facing the central square floods the display areas inside with natural light. Two monumental stone staircases on either side of the store lead up to the Genius Grove on the upper level. 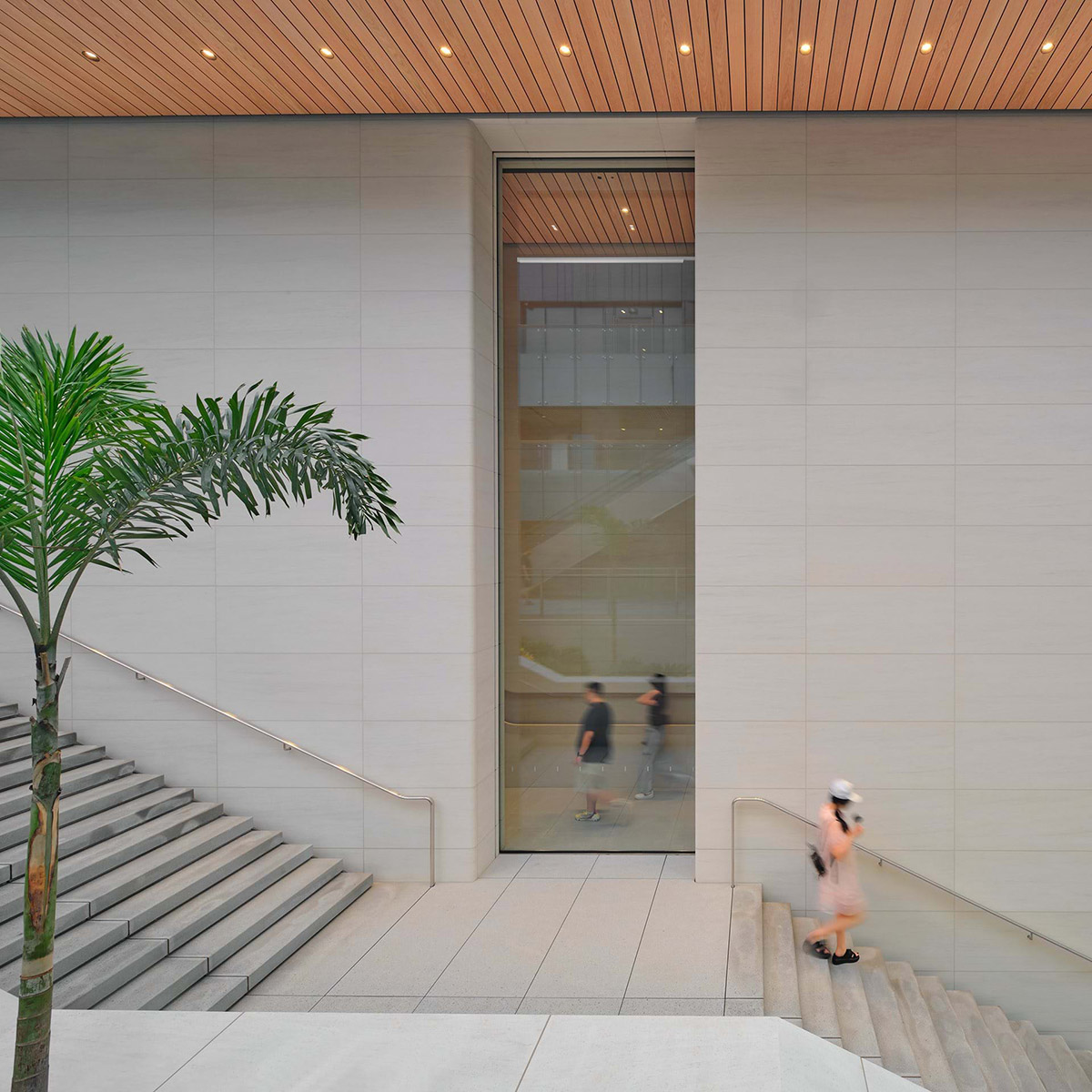 Lined with trees that add greenery to the perimeter, the glazed façade to the rear allows light into the space and dematerialises the boundary between the inside and the outside. 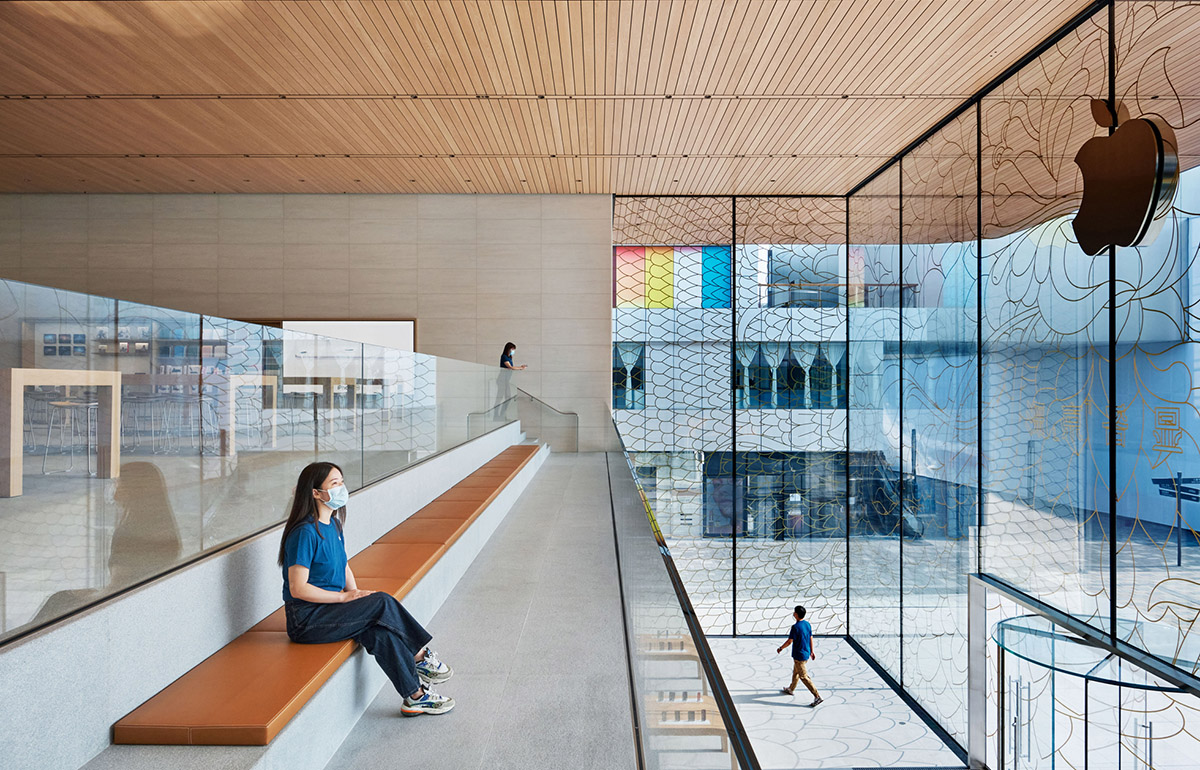 The Forum, which is the key component of design, is situated within the grand upper level, creating an animated backdrop to the space, which steps down with integrated upholstered leather seating forming a viewing gallery for the lively square outside. "The store is protected by a large overhanging roof providing shelter from the heavy rain and intense summer sun," said Foster + Partners. 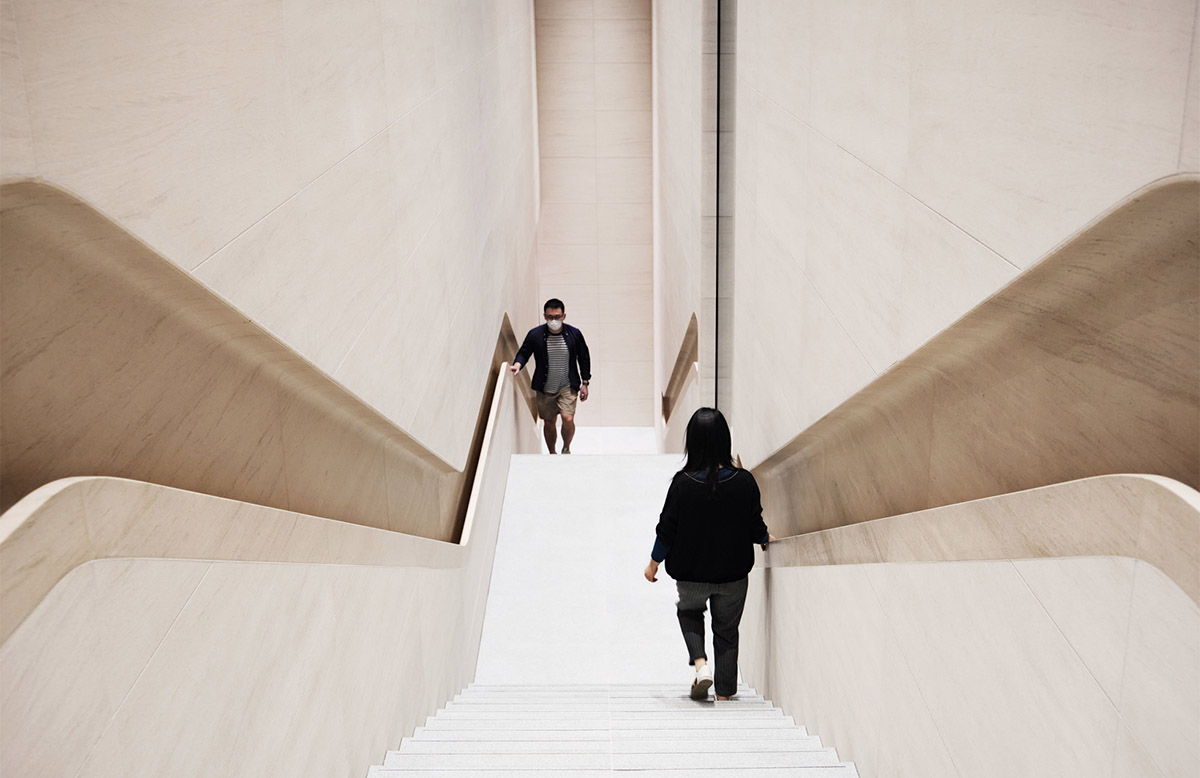 The new Apple store also features a unique structural system that has been used for the first time in China – using a Special Truss Moment Frame, the system is designed to effectively resist seismic forces, while allowing large column-free interior spaces. 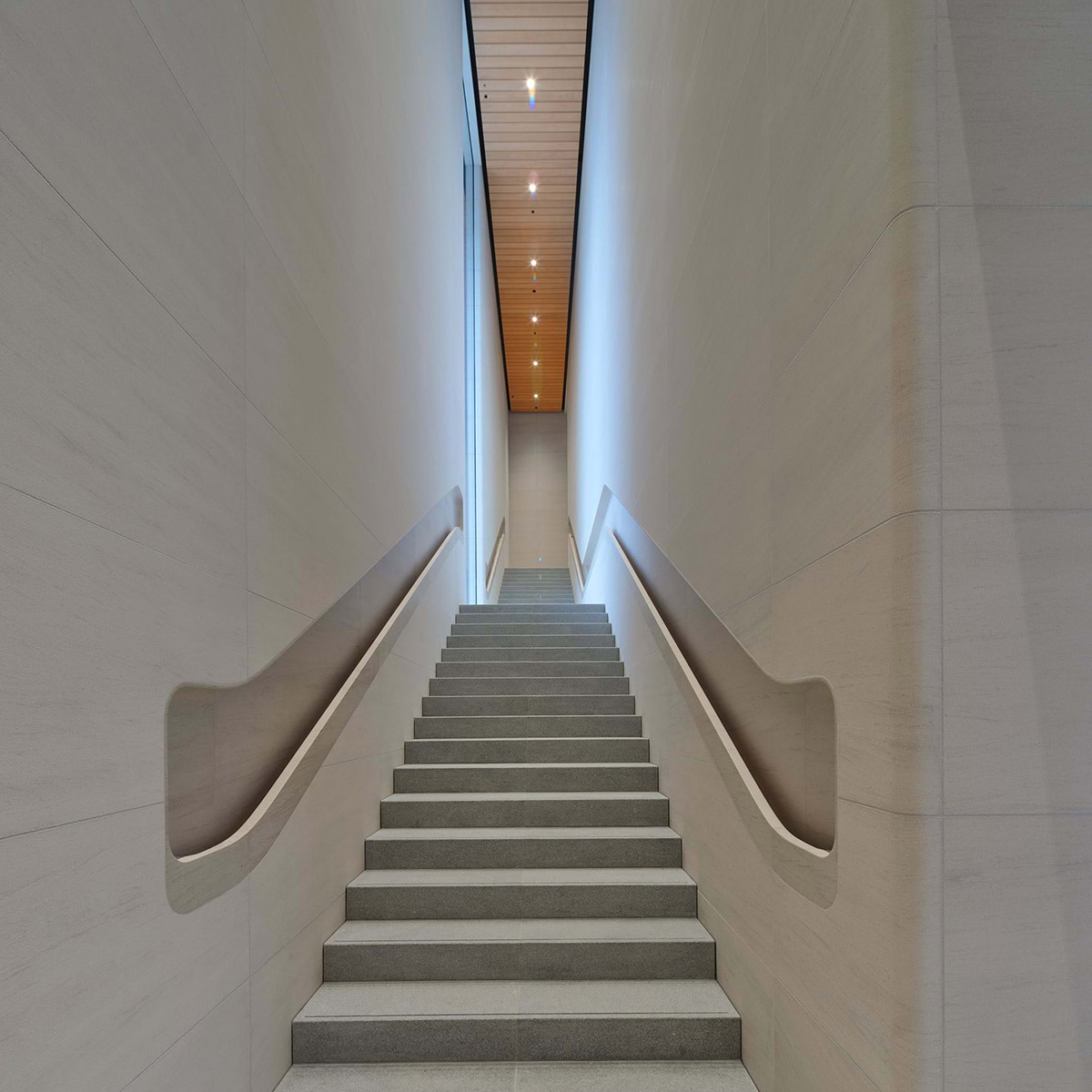 Since opening 12 years ago with 52 team members, Apple Sanlitun has welcomed more than 22 million visitors — the equivalent of every resident of Beijing passing through its doors.

Now, 33-foot glass panels, fabricated in Tianjin, China, blur the barrier between inside and out, and signature staircases on either side of the store run parallel with exterior stairs to create further transparency and flow. 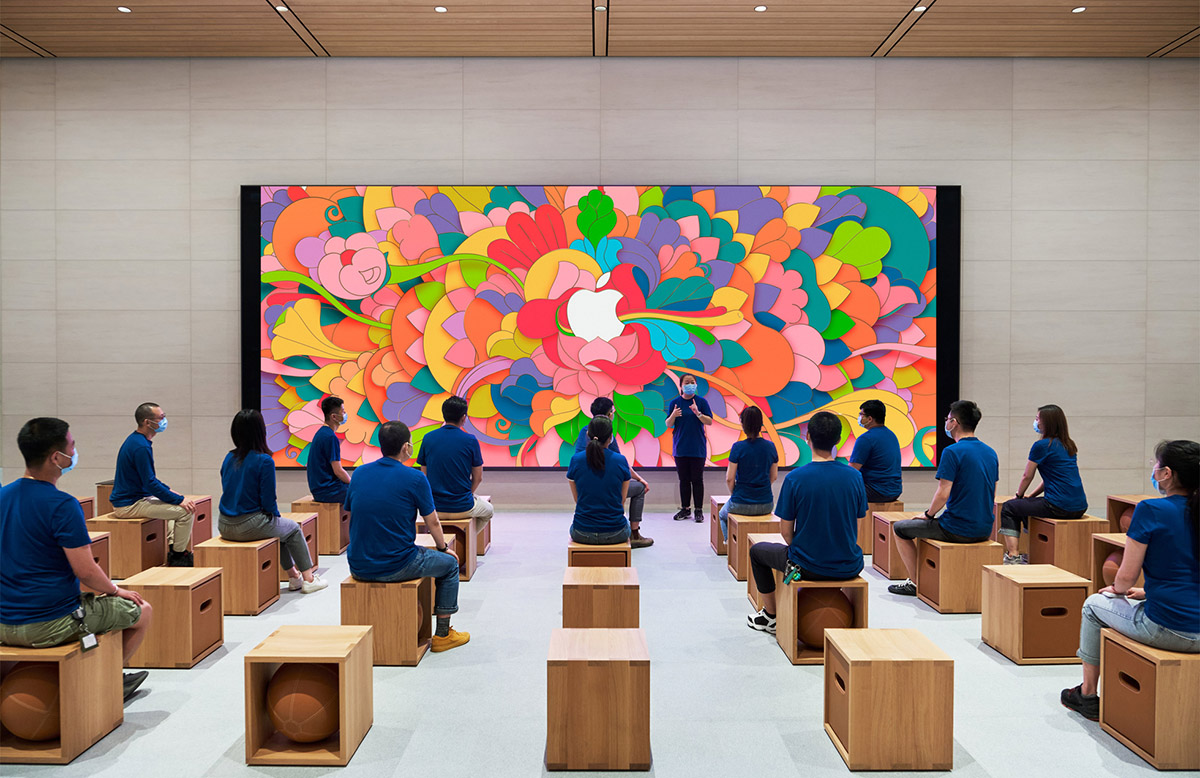 The floors are clad in Padang Light stone from the Shandong province, and the west terrace is lined with Sophora japonica, the official tree of Beijing. The store is now home to 185 team members, who today will open a new era for Apple in Beijing. 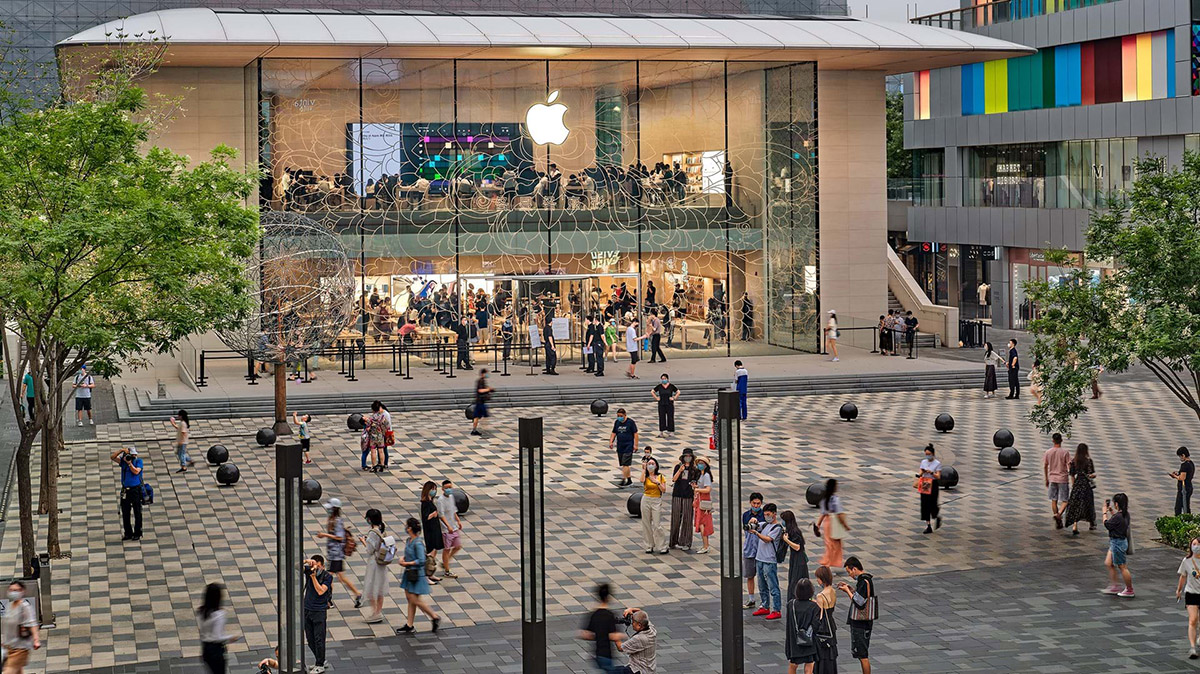