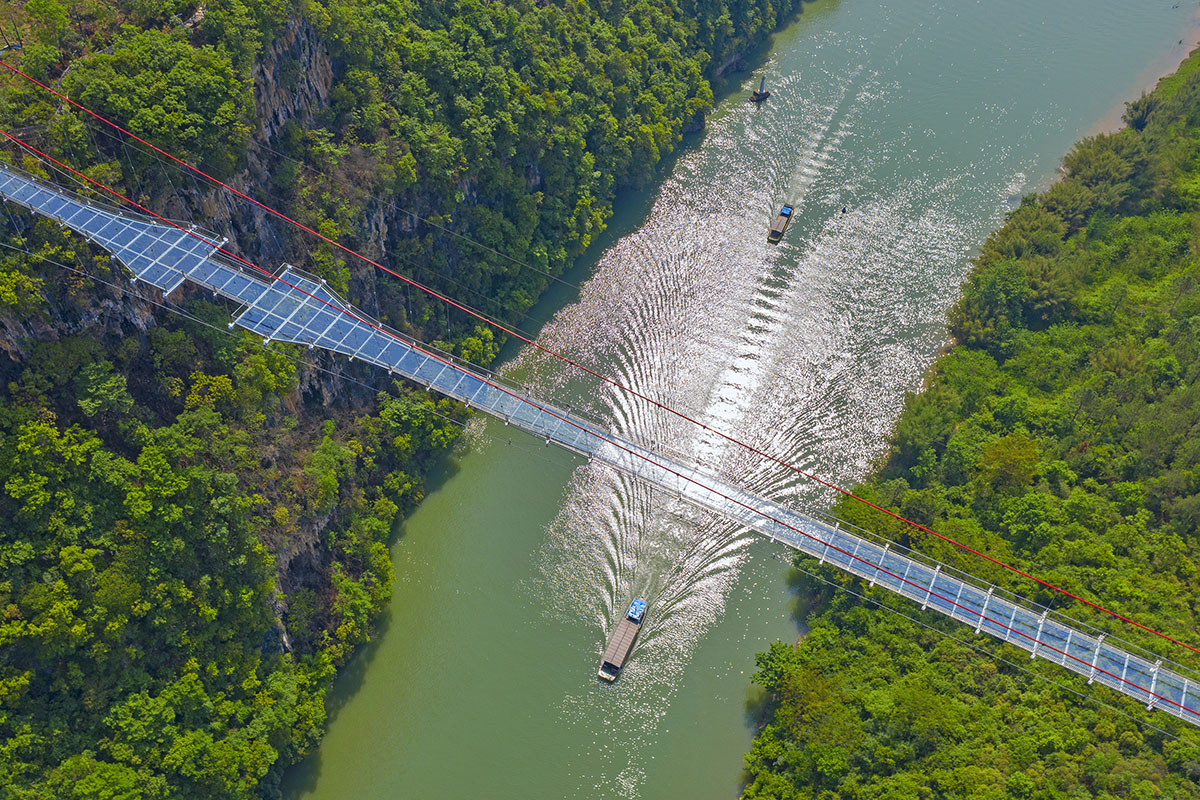 Named Glass Bridge in Huangchuan Three Gorges Scenic Area, the bridge is located in the southeast of China, Guangdong province which is affected by frequent typhoons in summer.

Bridge is a kind of structure built based on the terrain, and also a sort of art that symbolizes connection and communication. Located in Lianzhou, Guangdong Province, the Glass Bridge in Huangchuan Three Gorges Scenic Area created by UAD becomes a local landmark, which seems to "grow" from the natural environment.

Through blending the structure into the natural surroundings and deploying innovative construction methods, the design team realized the seamless integration of nature and the artificial. 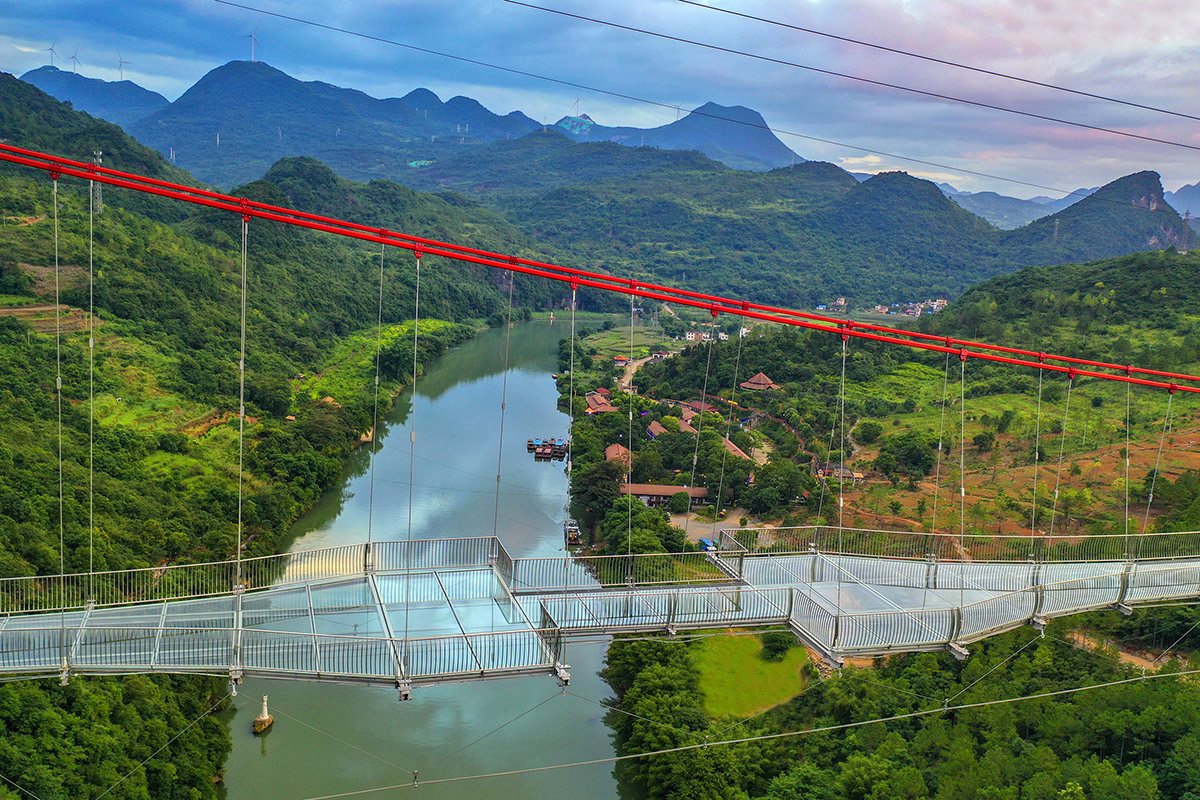 Known as the "picturesque corridor in Lingnan region", Huangchuan Three Gorges is the main tributary of the Beijiang River system in the Pearl River Basin and the end of Qianghan Ancient Path. Han Yu, a famous poet in Tang Dynasty, once wrote a poem to depict its magnificent scenery.

The suspended glass bridge spans the cliffs, and overlooks the largest cluster of waterfalls in Northern Guangdong. Like a dragon that soars into the sky, it harmoniously coexists with nature. The bridge is paved with three layers of 4.5-centimerter-thick ultra-clear tempered laminated glass, the visible transmittance of which is 99.15 per cent.

The glazing endows the bridge deck with crystal-like luster, high transparency and refractive index. The glass, the guardrails composed of curved stainless steel bars, the bridge tower and red main cables, together form a built landscape that combines the solid and void, the modern and the classical.

The architects responded to the site conditions in the project. Besides, due to the large span and flexible structural system, this suspension bridge requires excellent wind resistance performance.

Based on those considerations, the design team carried out wind tunnel testing and finite elements simulation, analyzed the main frequency and modes of vibration, and identified design parameters such as critical flutter velocity and the reasonable degree of enclosedness of guardrails, which provided strong support for optimizing the design and the maintenance of the bridge in the future. 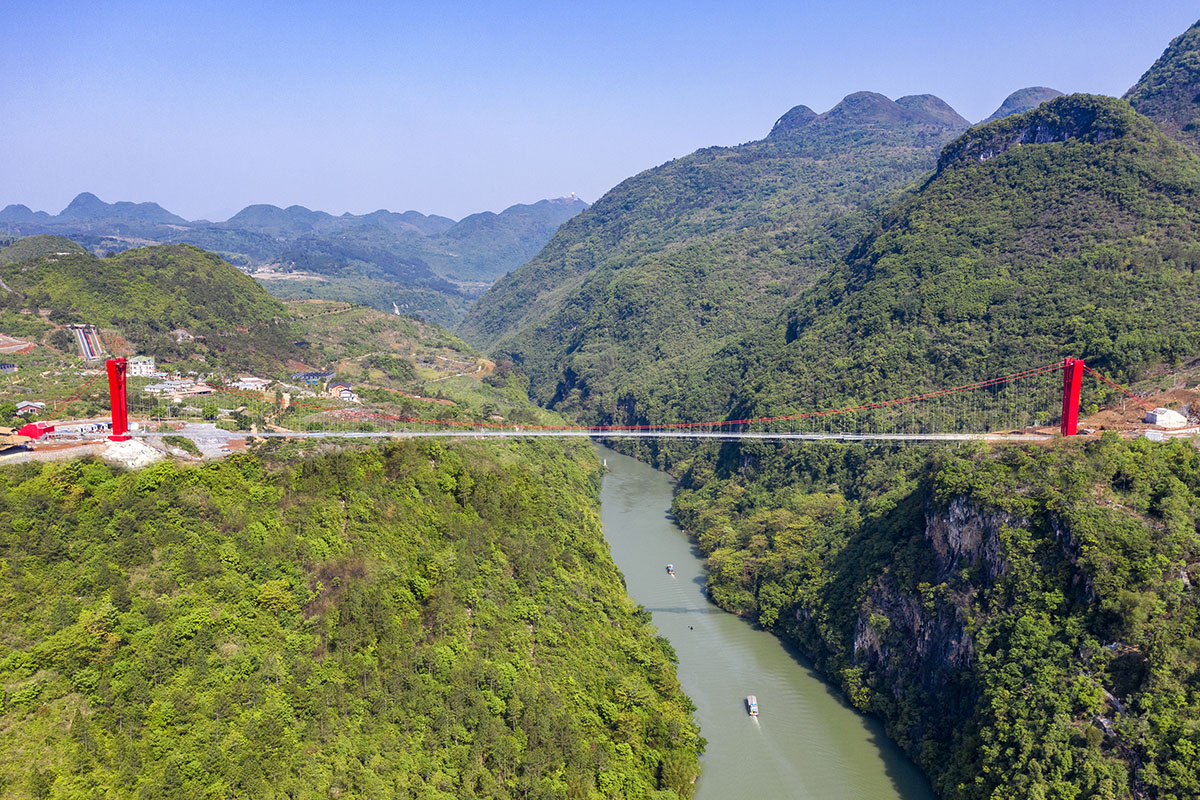 Meanwhile, in order to enhance lateral sustainability and wind resistance performance of the bridge, the designers adopted an oblique wind-resistant cable system, which is fixed to concrete anchors. 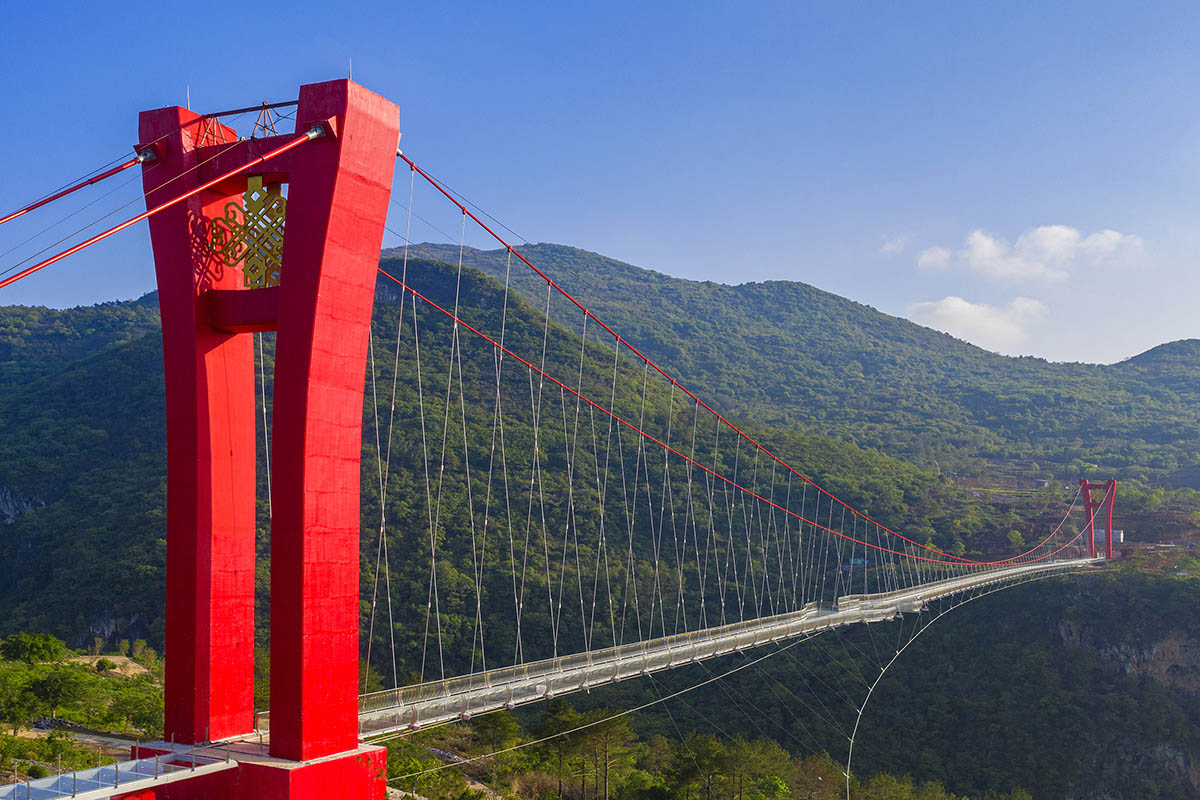 Moreover, considering the adverse influences that karstification and special residual silty clay exerted on the site, they tried the best to ensure the safety performance of the bridge during design and construction phases. 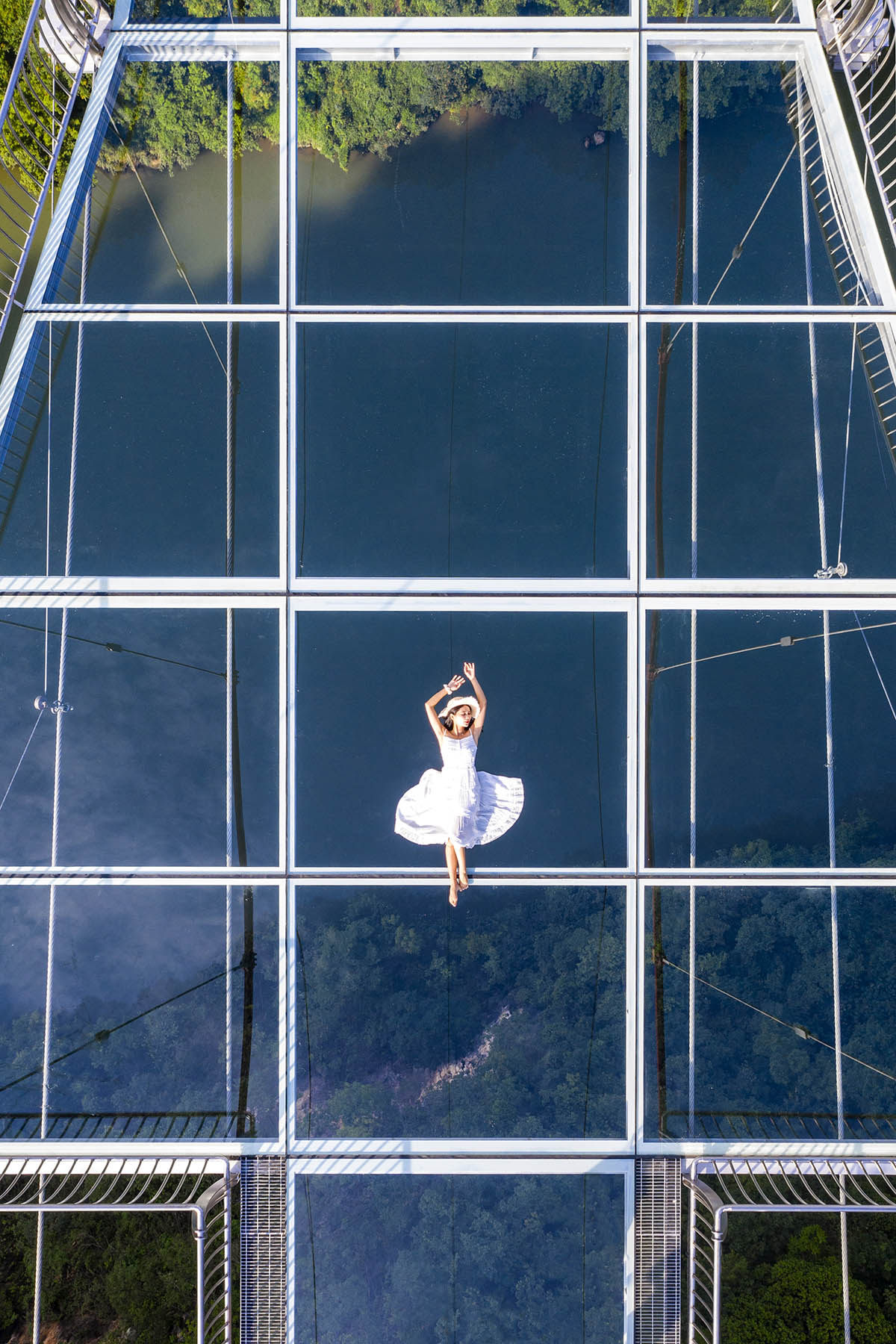 "This glass bridge is suspended at a height of 201 meters, with a width of 8.8 meters. Spanning a length of 526.14 meters, it has broken the Guinness World Records as the world's longest suspension glass bridge. Its completion is a miracle," said UAD.

"So far, it has become a new local landmark, and has been attracting a large number of tourists and helping inject vitality into local tourism industry." 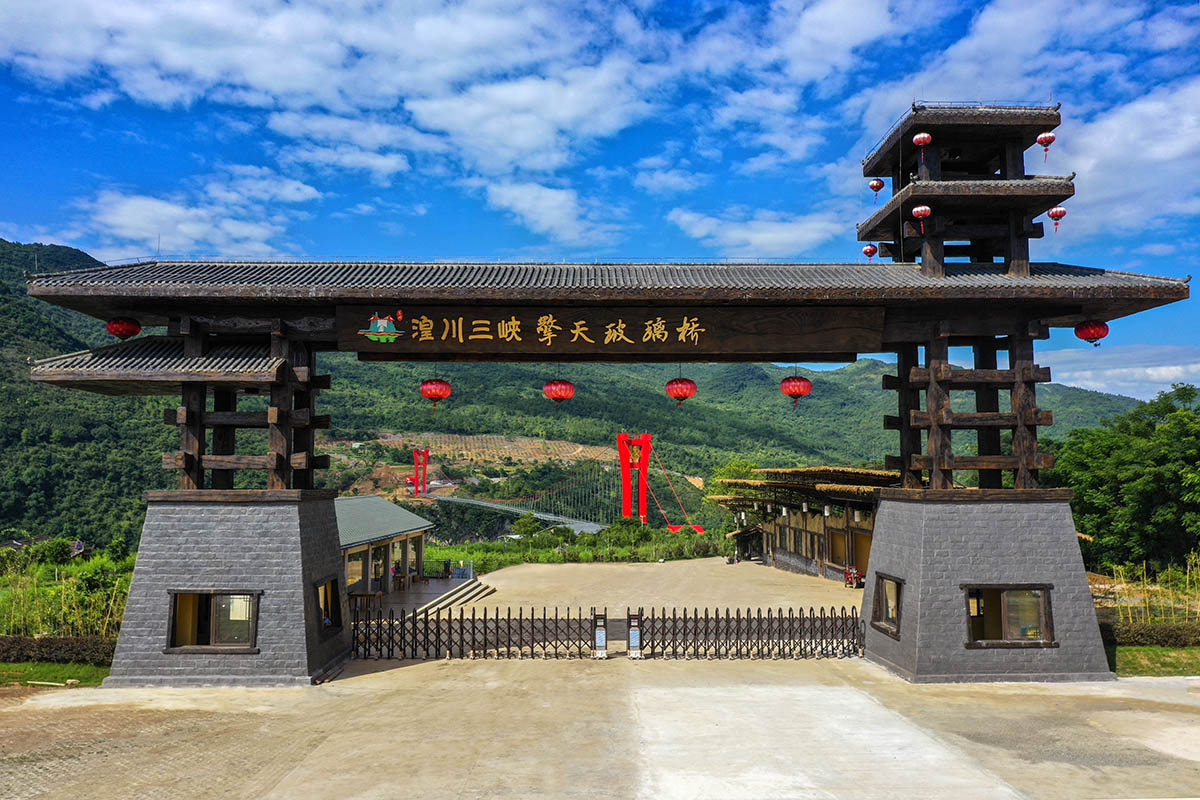 Based on respect to the land and nature, clear planning and positioning, creativity, and the courage to push the limits, UAD team reactivated the natural environment and produced an innovative built landscape that contributes to economic development.

Creating built landscapes that integrate nature, city and culture has always been a focus of UAD’s design researches and practices. 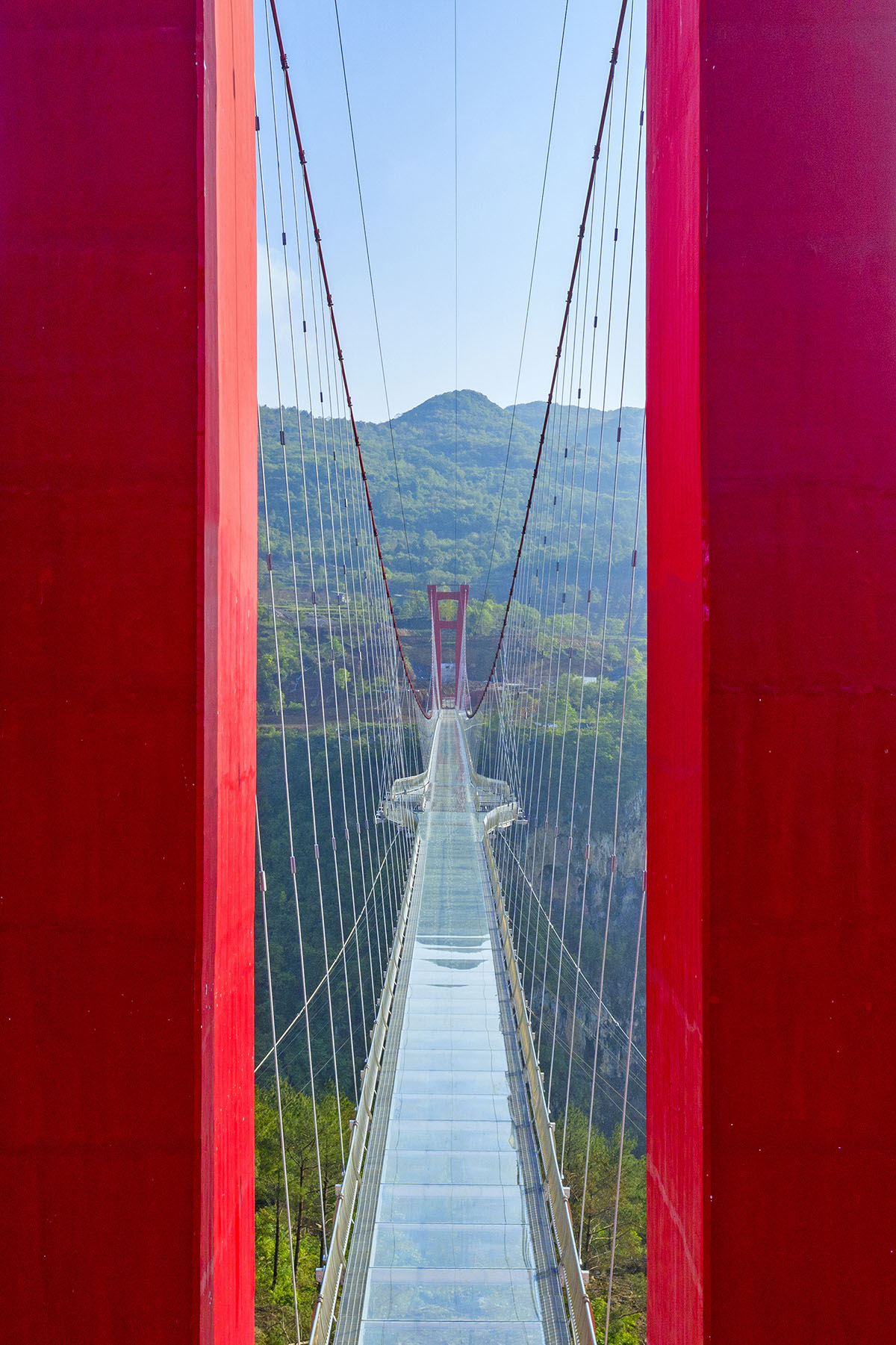 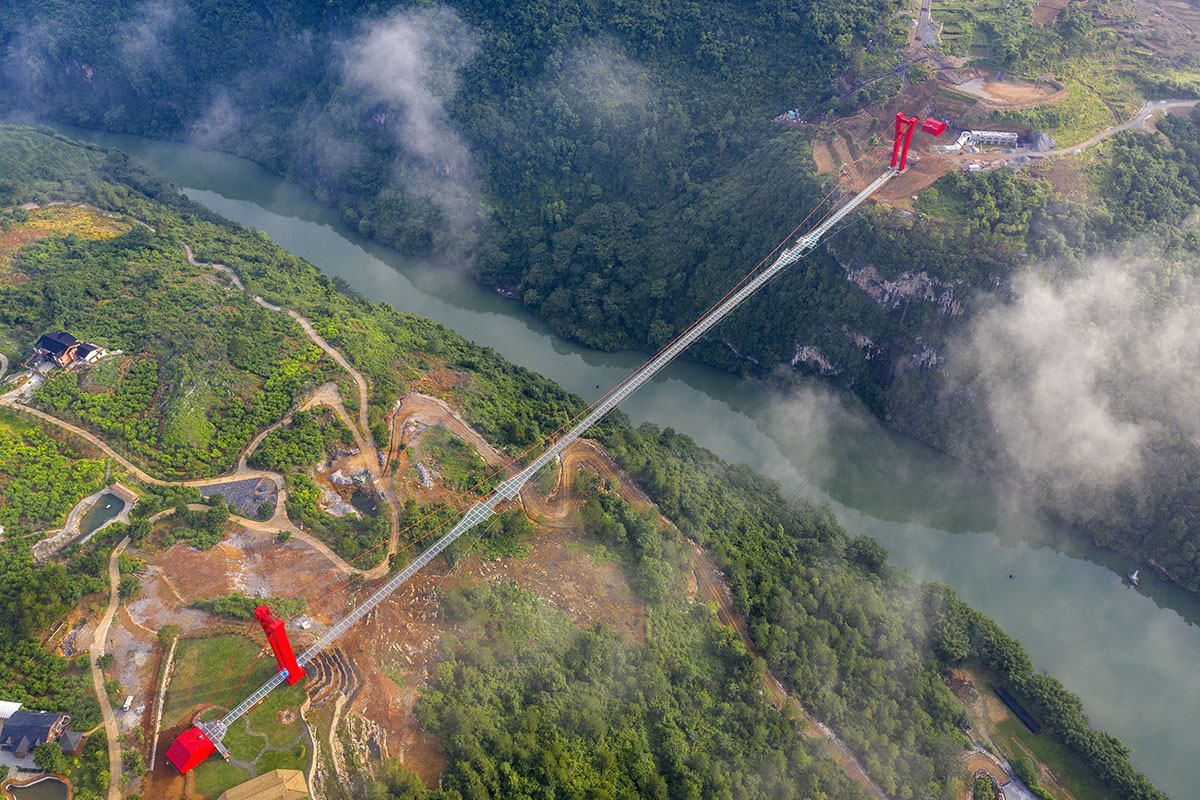 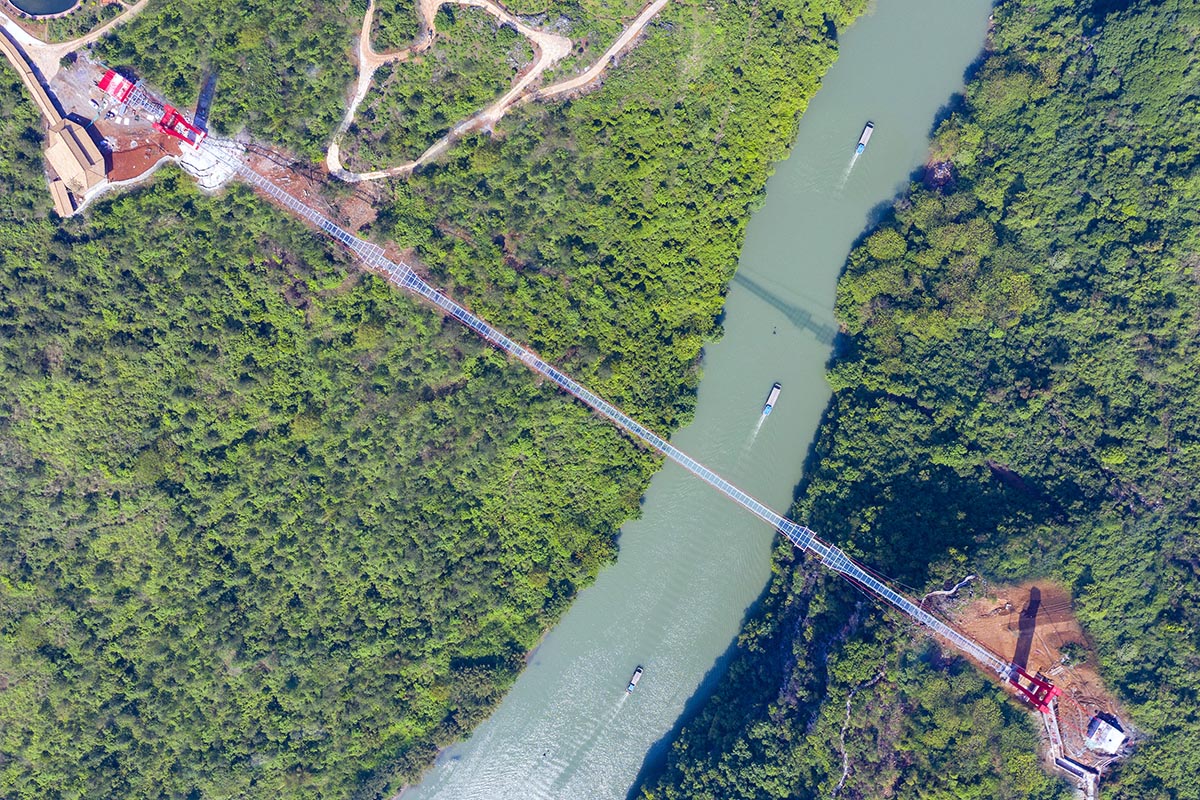 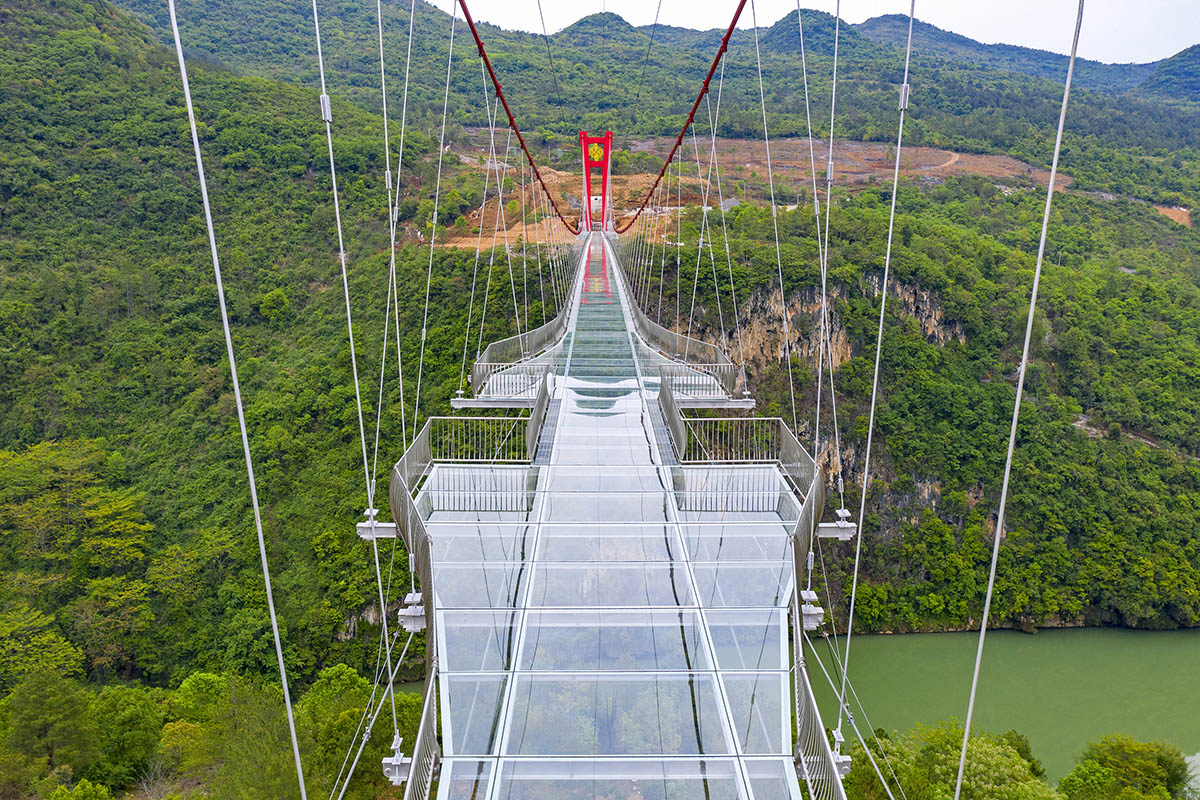 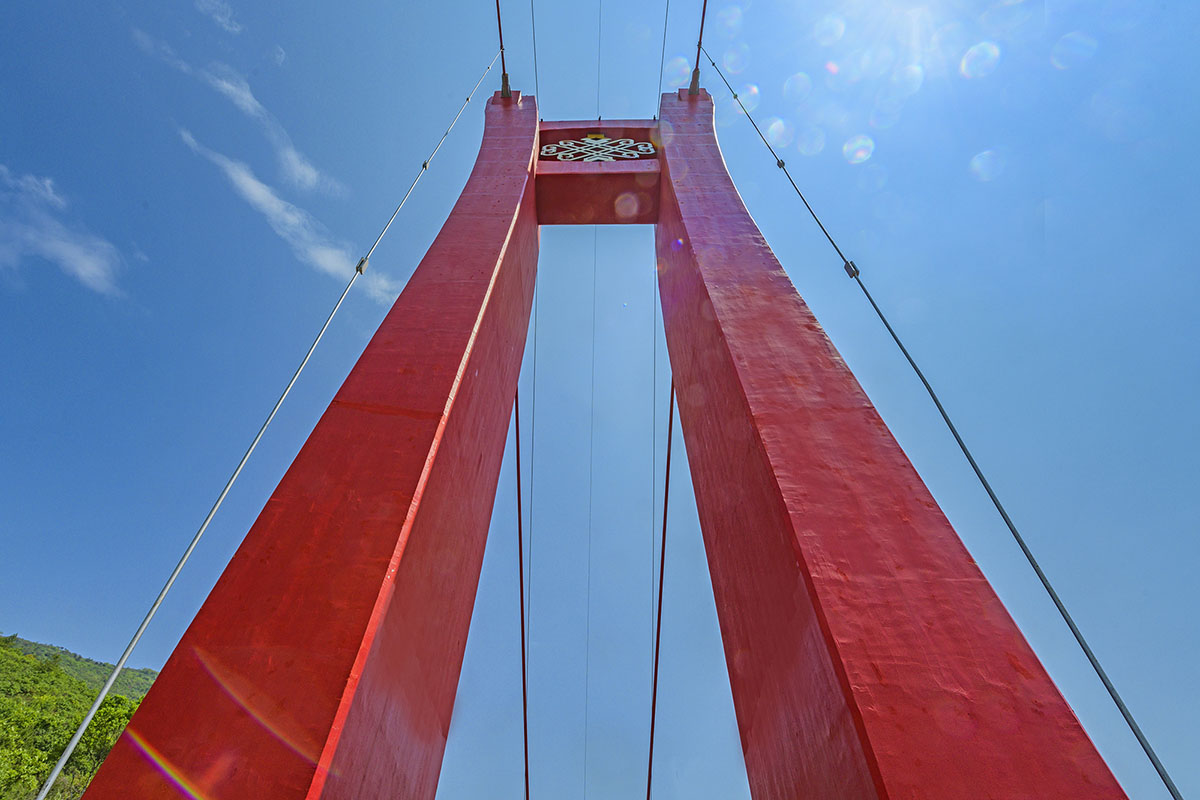 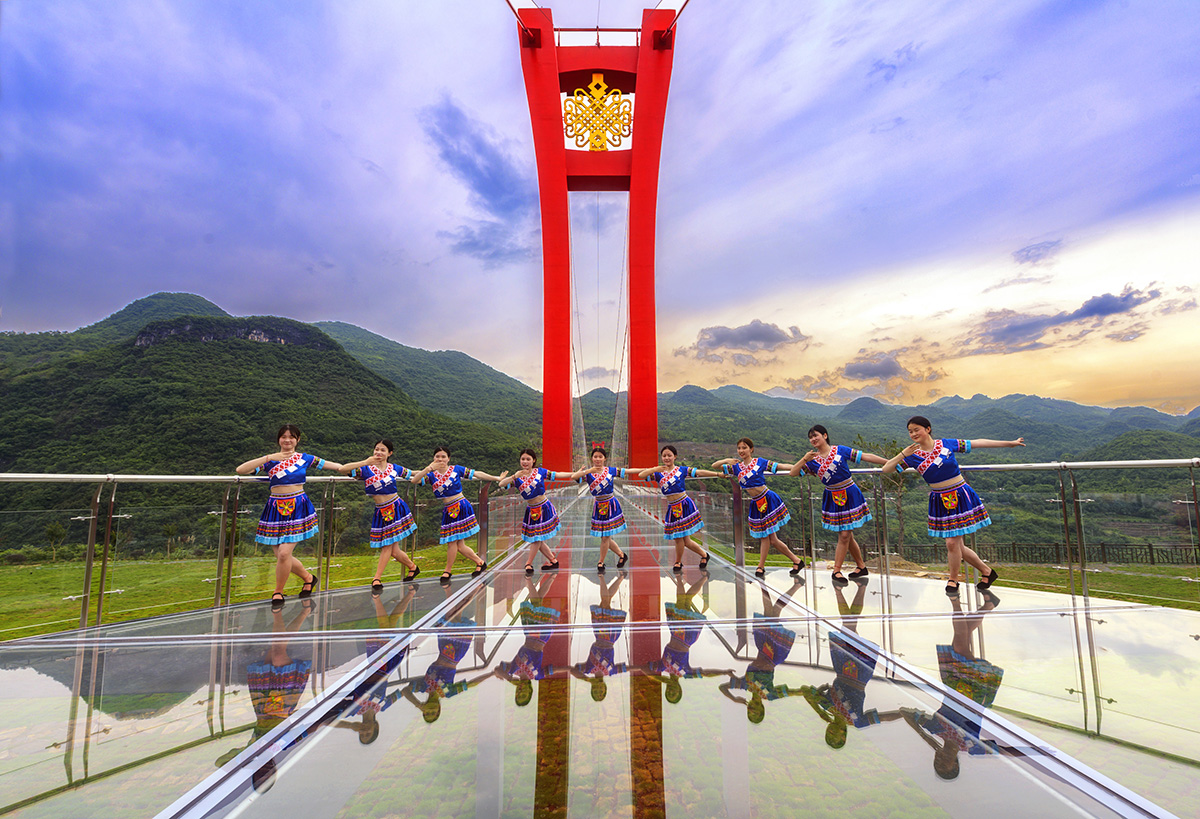 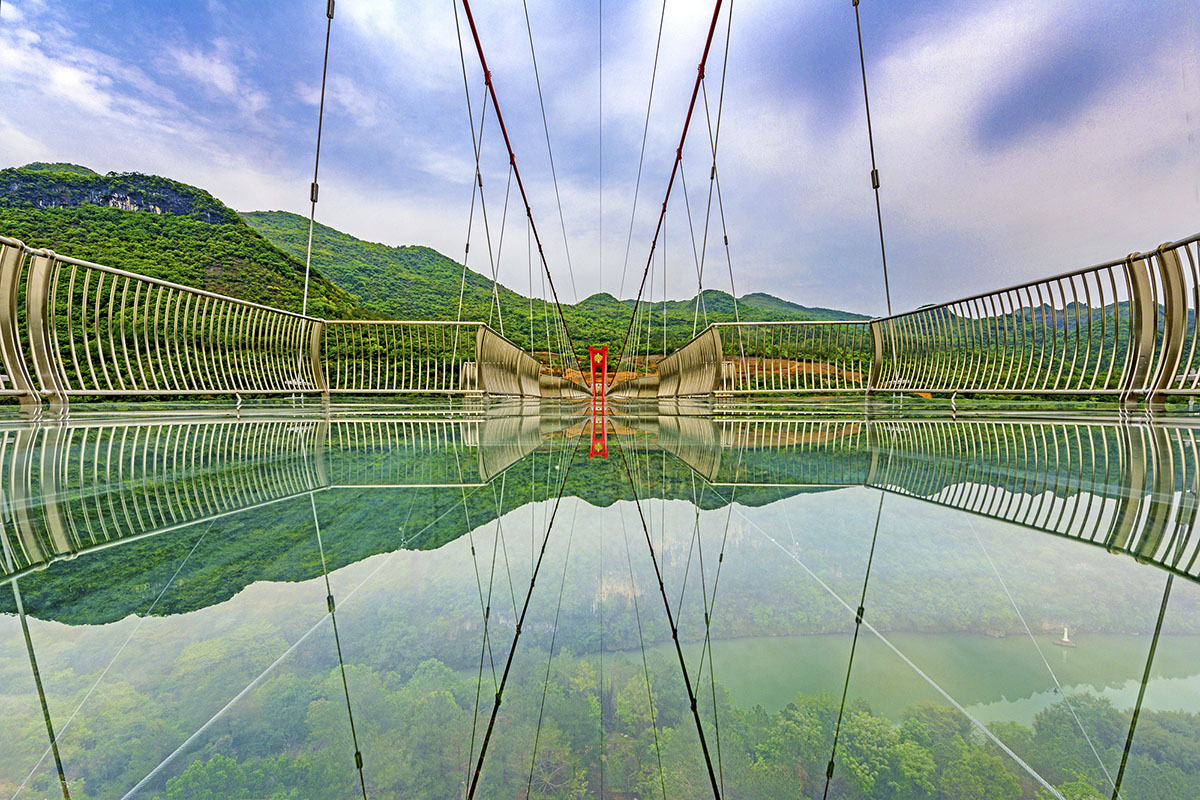 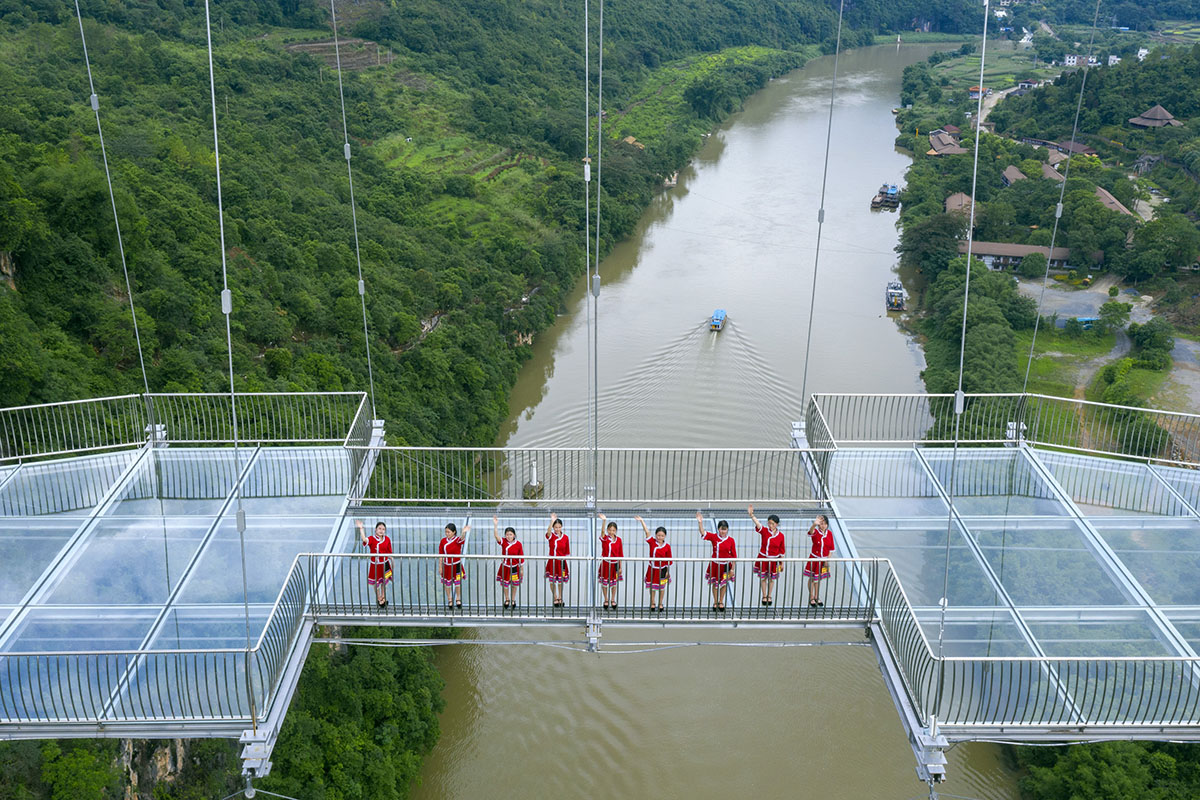 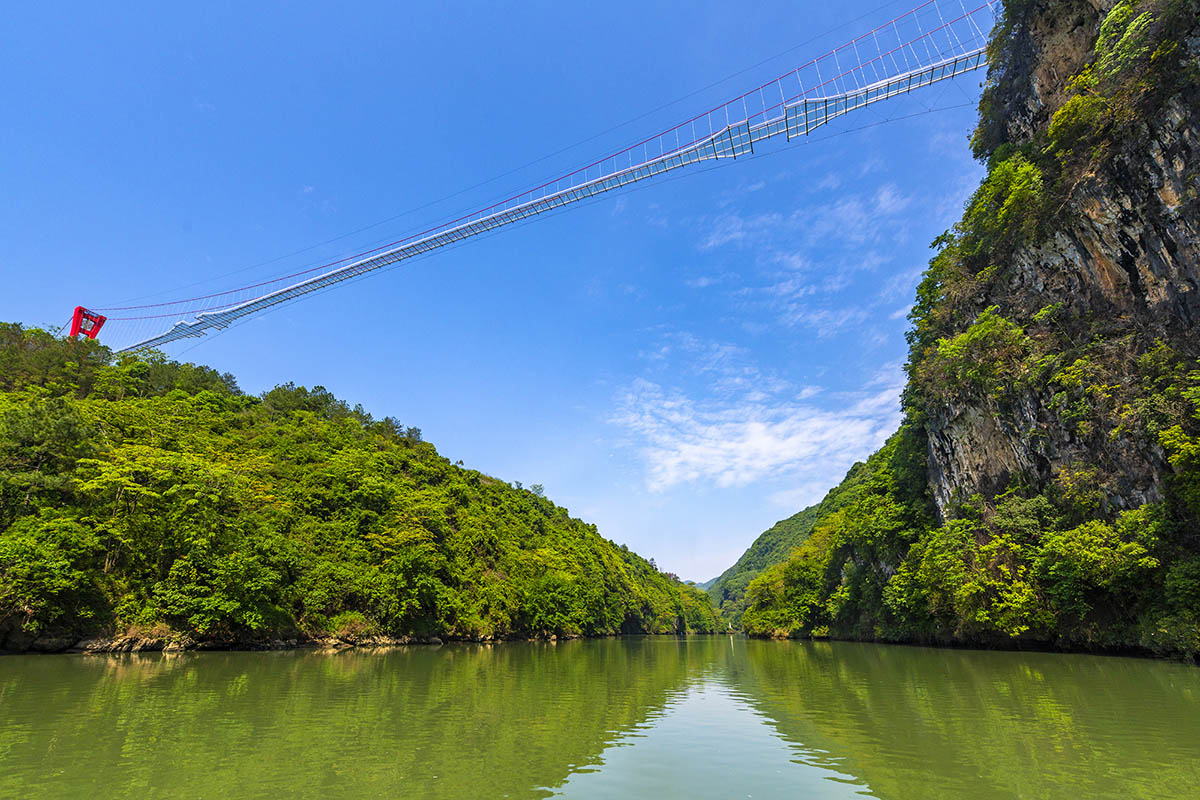