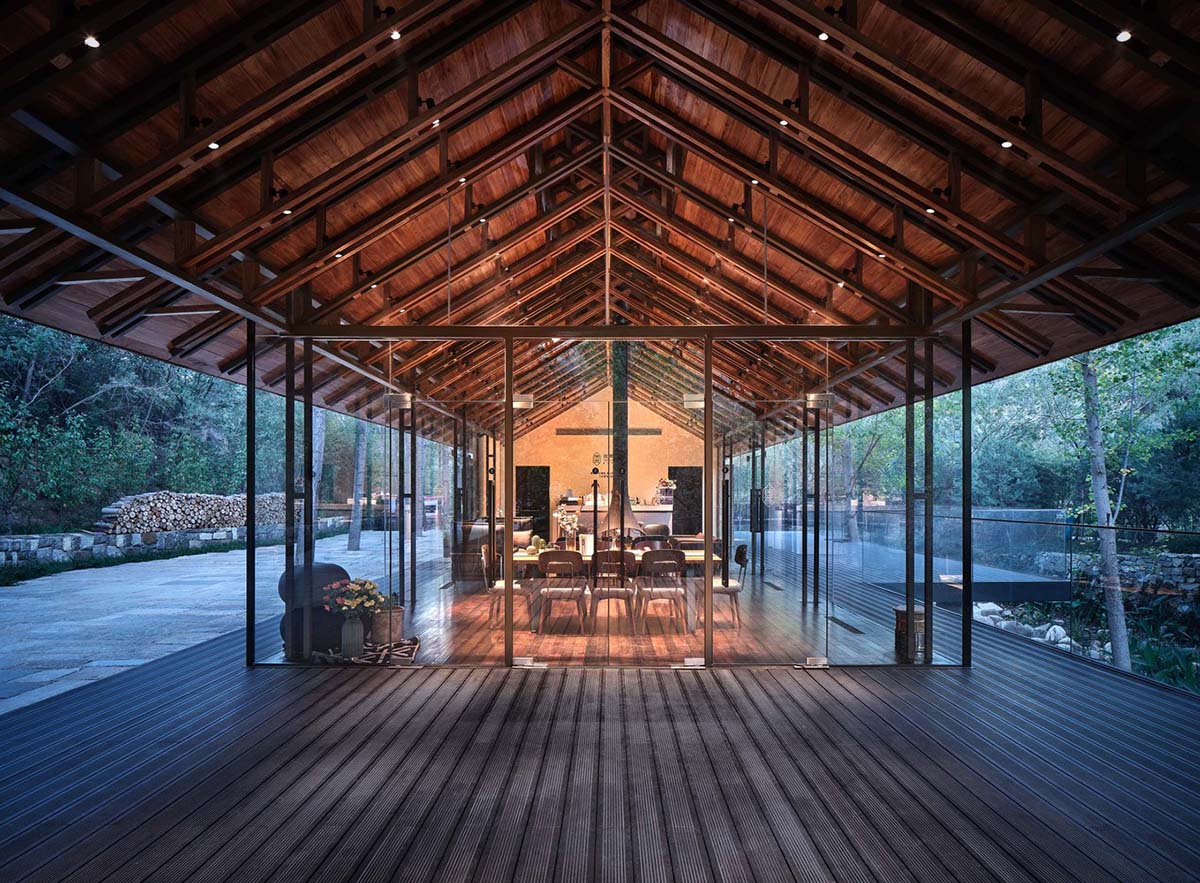 Developed as a rural transformation project, the 807-square-metre renovation project is located at the foot of Mount Tai - the first of the five sacred mountains. 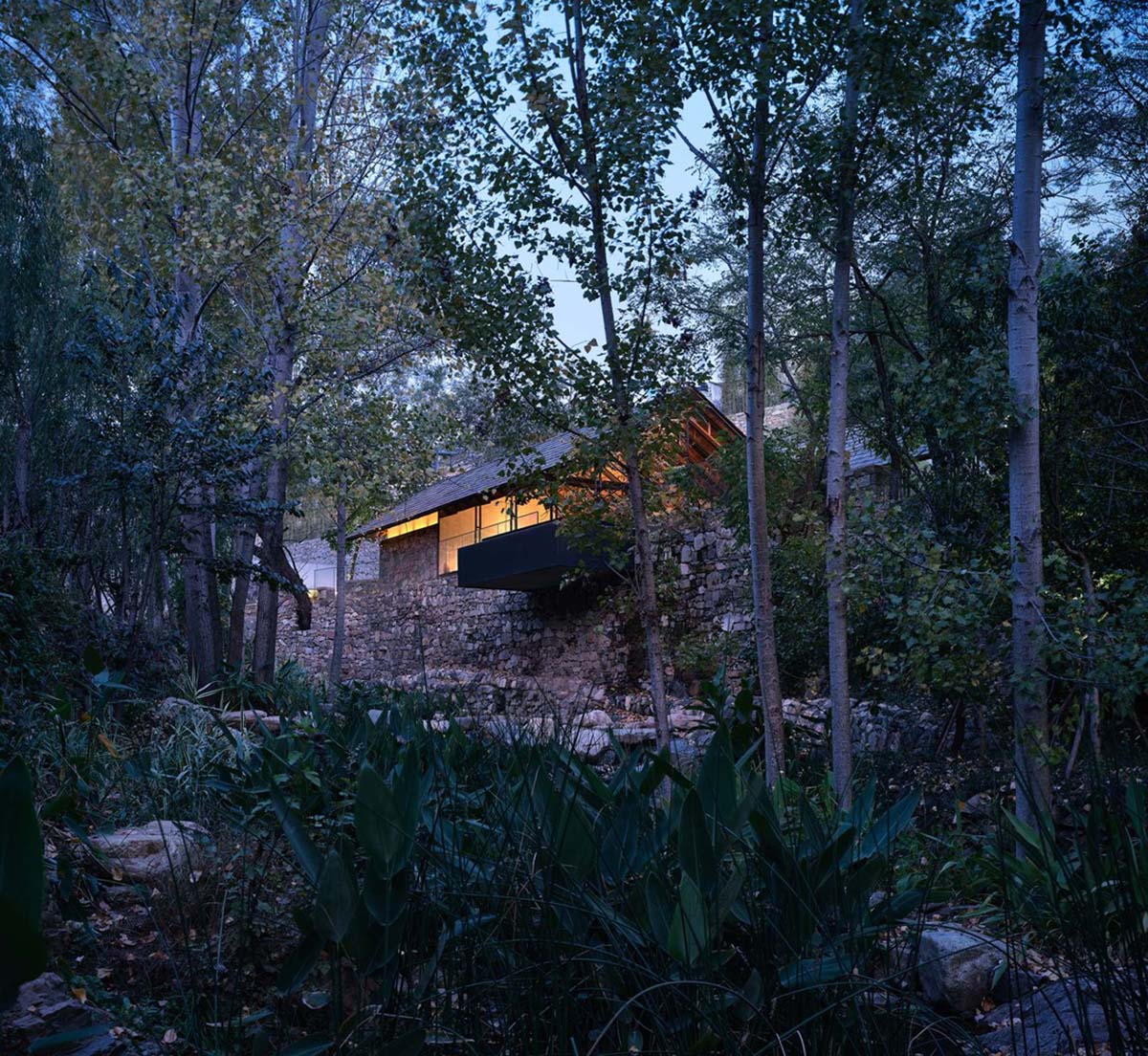 "The site is surrounded by mountains which are broad and prominent, with cascading peaks," said the office. "The “Shenlong Grand Canyon” is hidden in the mountains with a total length of a thousand meters and a depth of 1 hundred meters."

"The village is a typical northern mountain village." 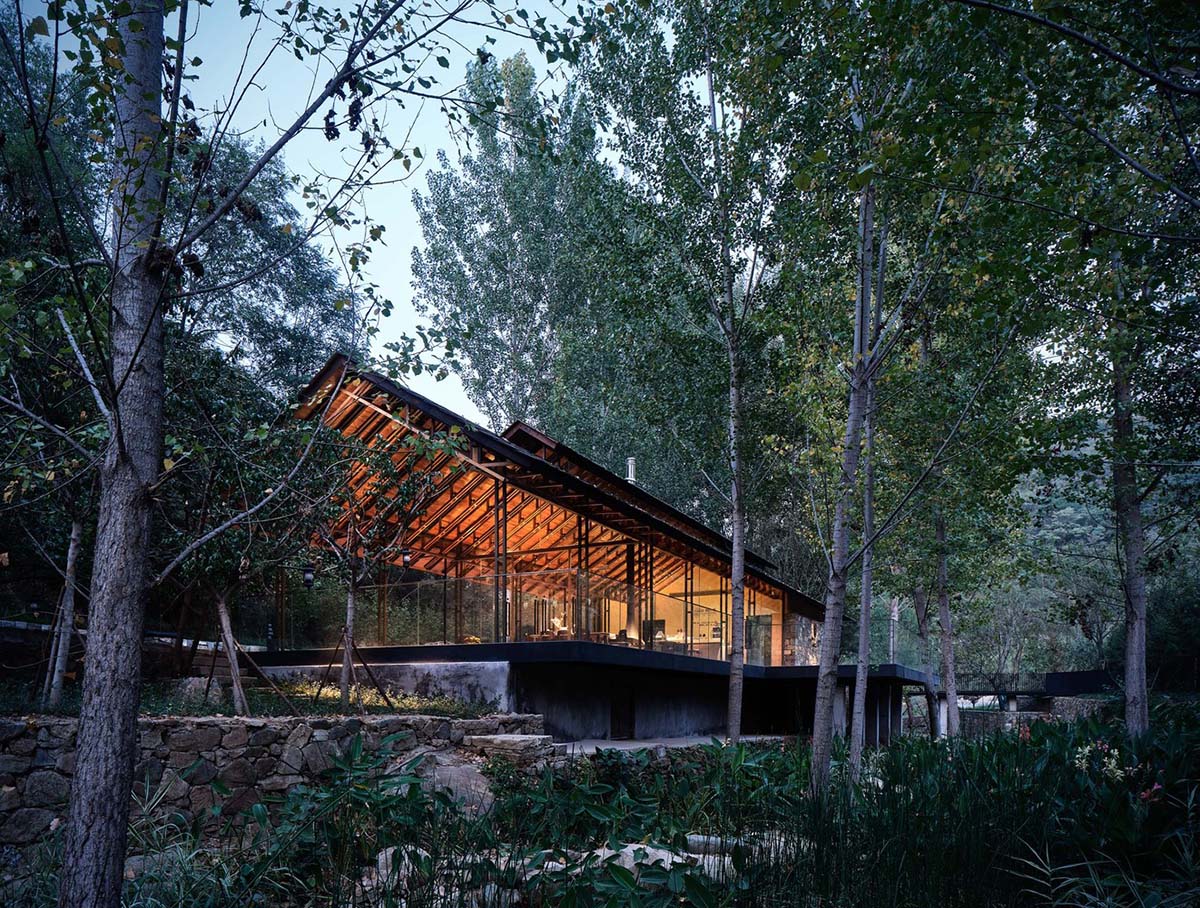 "Village is a material testimony to the production and life of villagers, and an important medium for the harmonious coexistence of man and nature," the office added.

"The historical spatial organization structure such as dwellings, roads and landscapes are gestated in the inheritance from generation to generation, preserving the collective memory of the villagers, and forming a sense of identity of the community of villagers."

In recent years, Dongximen Village has been reduced to a provincial-level poor village because of the problems of traffic block and barren land. Most of the young people in the village were forced to leave their homes, leaving only the elderly to stay.

With the rural hollowing getting worse, the village’s former prosperity is gone. There are a dozen other villages in the Jiunvfeng area of Tai’an like Dongximen Village that is out of touch with the times and in need of renovation. 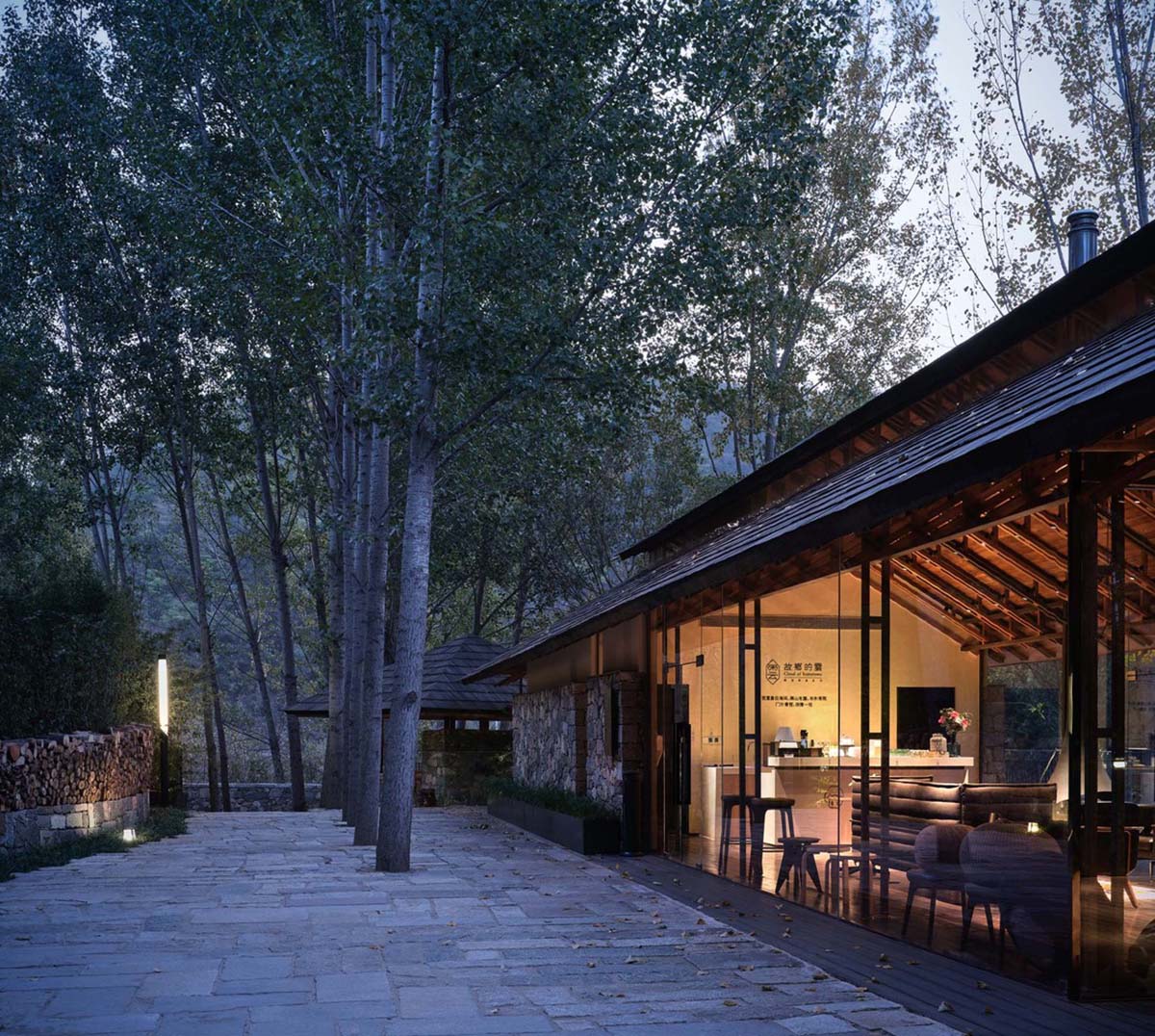 Commissioned by the owner, with the joint collaboration of gad · line+ studio’s architecture, interior and landscape teams, the team took the spatial activation of the existing buildings and the ecological restoration of the original environment as the starting point, based on the revitalization and renewal strategy of “Architectural Acupuncture Repair".

Within the scope of the studio's strategy, the architects tried to reconnect man-made and nature, protection and development, history and future. While respecting the original village texture, mountain environment and keeping the homestead boundaries unchanged, the old village will be reborn from point to surface and from part to whole. 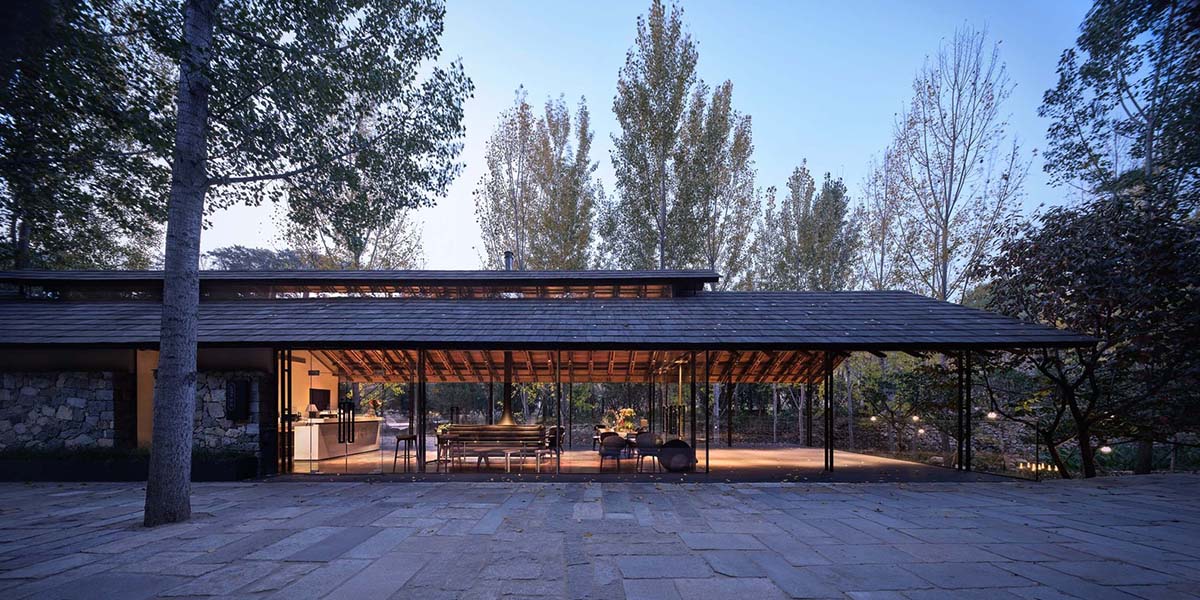 On the original site plan, an east-west stream winds into the village along the winding mountain road, and the rubble houses in the village are scattered in the undulating mountains.

After on-site survey and investigation and analysis, on the one hand, the studio continued the growth texture of the original village and re-planned roads, parking lots and public spaces; on the other hand, the architects renovated the pigpen and several abandoned rubble houses. New building functions are integrated one by one, including a reception center and cafés, restaurants and courtyard guest rooms. 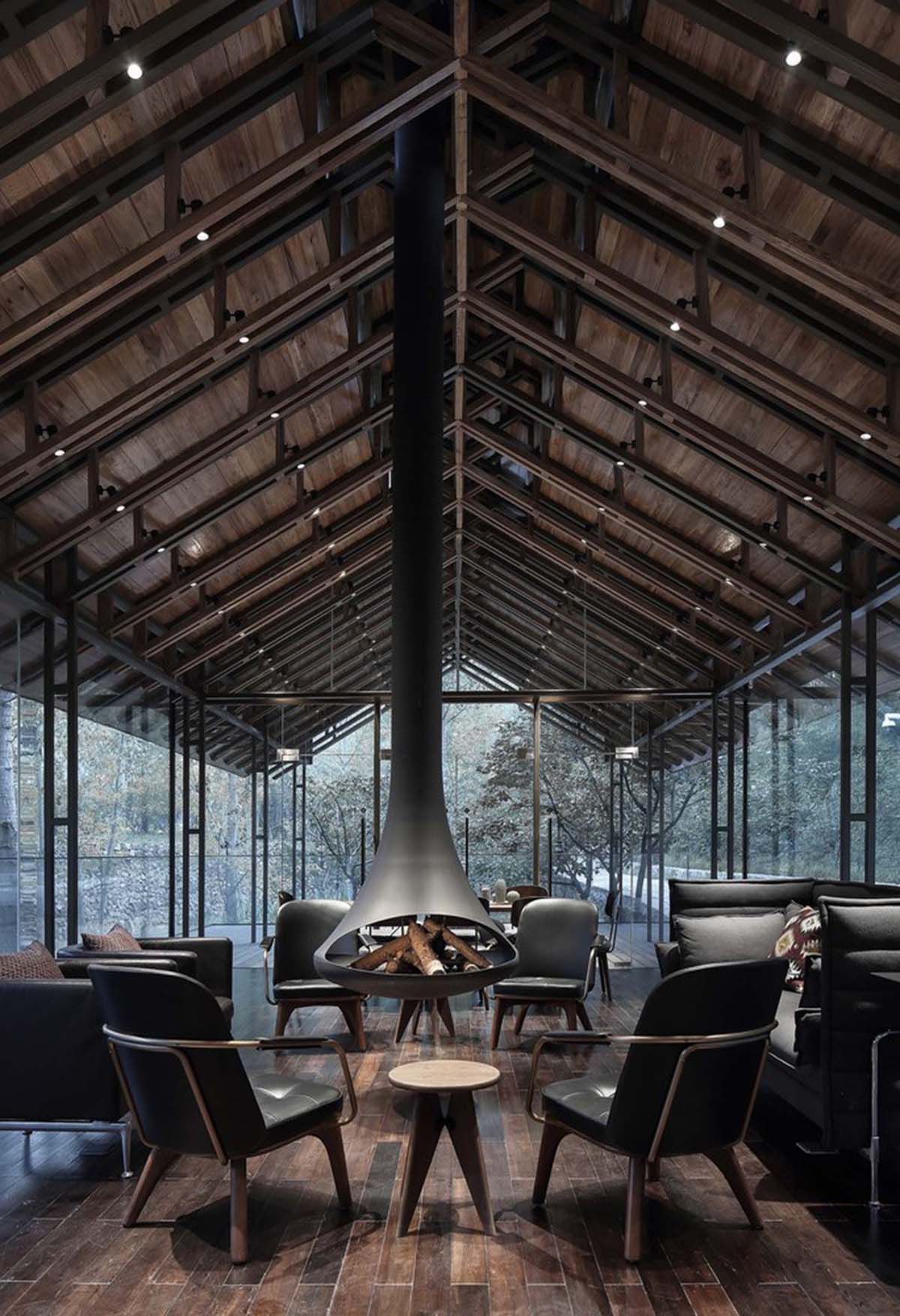 The abandoned pigpen is separated from the planned parking lot by a stream, surrounded by high-density trees and plants, enjoying superior resources in terms of connectivity and environment. In order to enhance accessibility, the studio changed the original life path of the villagers and laid a wooden bridge on the stream as an entry.

The position of the “bridge” is the key “acupoint” in the access problem, and also establishes a new starting point for the subsequent streamline design. 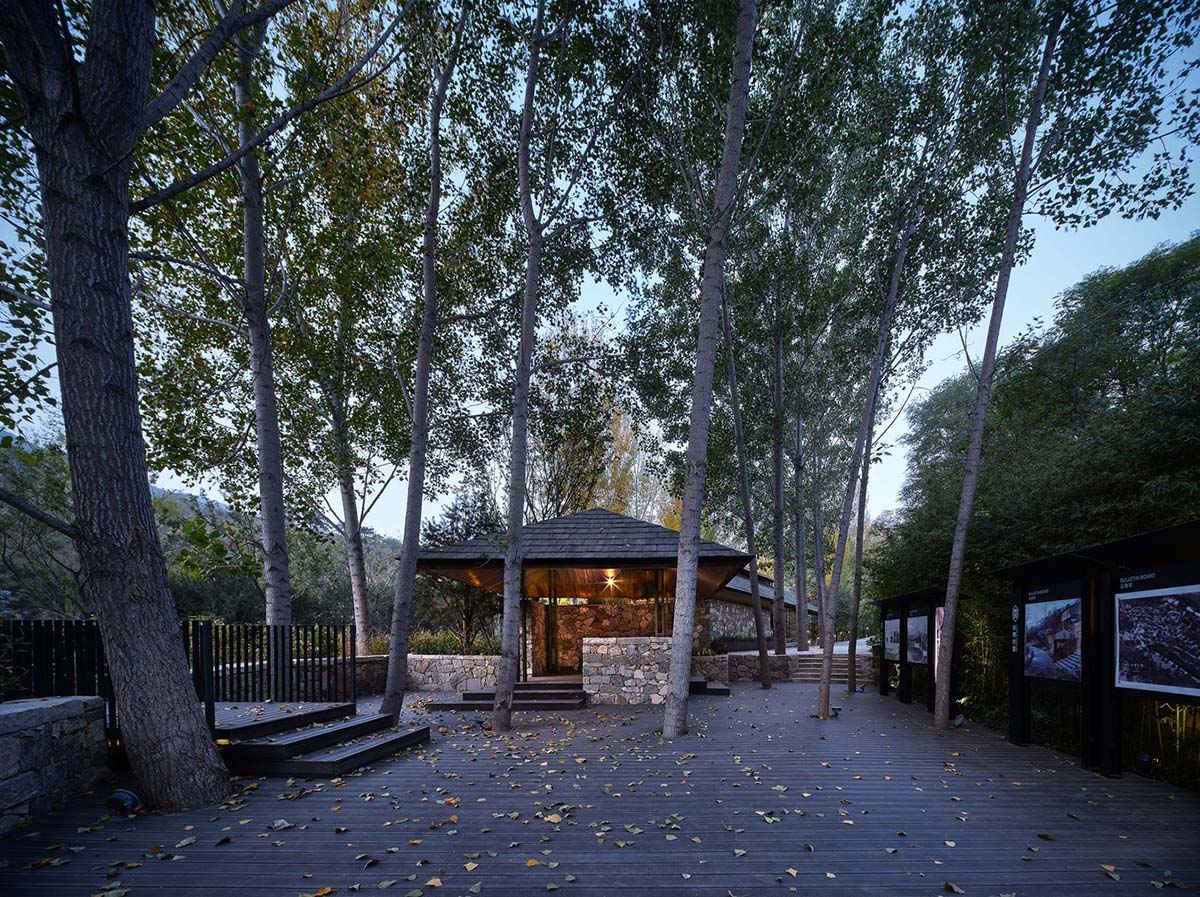 Based on the original pigpen land, the placement of modern light steel structures has revived the space. The transparent spatial interface under the large-scale sloped roof emphasizes the concealment of the building volume in the natural environment and the fluidity of the indoor and outdoor spaces. The shingles of fir-burning cedar were elegantly laid out on the roof, using environmentally friendly natural materials to respond to the unique dense vegetation around.

The small space on the east side of the original site was renovated into a landscape pavilion half-enclosed by rubbles.

The two residential buildings in the middle of the terrain are backed by the mountain and have a wide view. They are renovated into a restaurant with the same fabricated light steel structure. 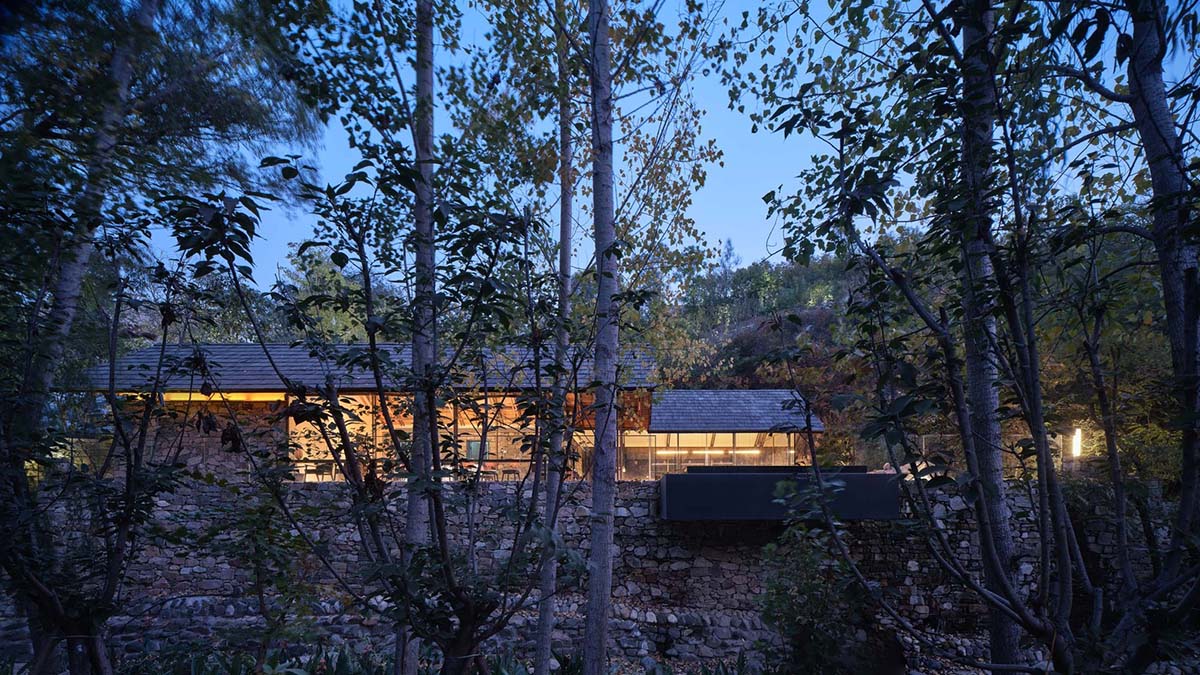 The courtyard guest rooms are located at the highest point of the terrain. The reconstructed architectural form retains the characteristics of the northern residence, such as a rigorous appearance, a clear boundary between internal and external spaces, and heavy and rustic materials.

In addition, the facade has been updated by incorporating light steel structures and glass materials into the rubble wall to soften the heavy sense of volume, generating spatial continuity and layering that better dialogues with nature. 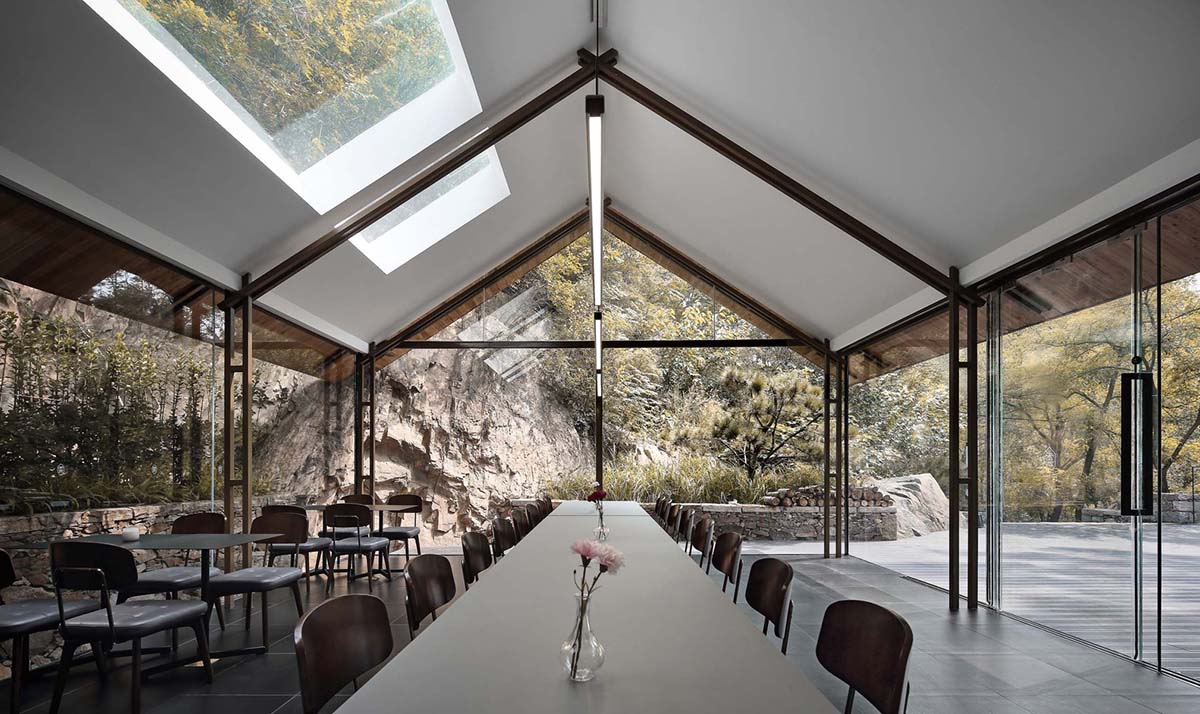 “Walking” is a necessary way of getting to a building in a rural environment, and the experience of walking is a part of the design. The design integrates the rich and changeable natural environment into the moving line design, and enhances the perception of the settlement and environment of the site through the movement of the body. 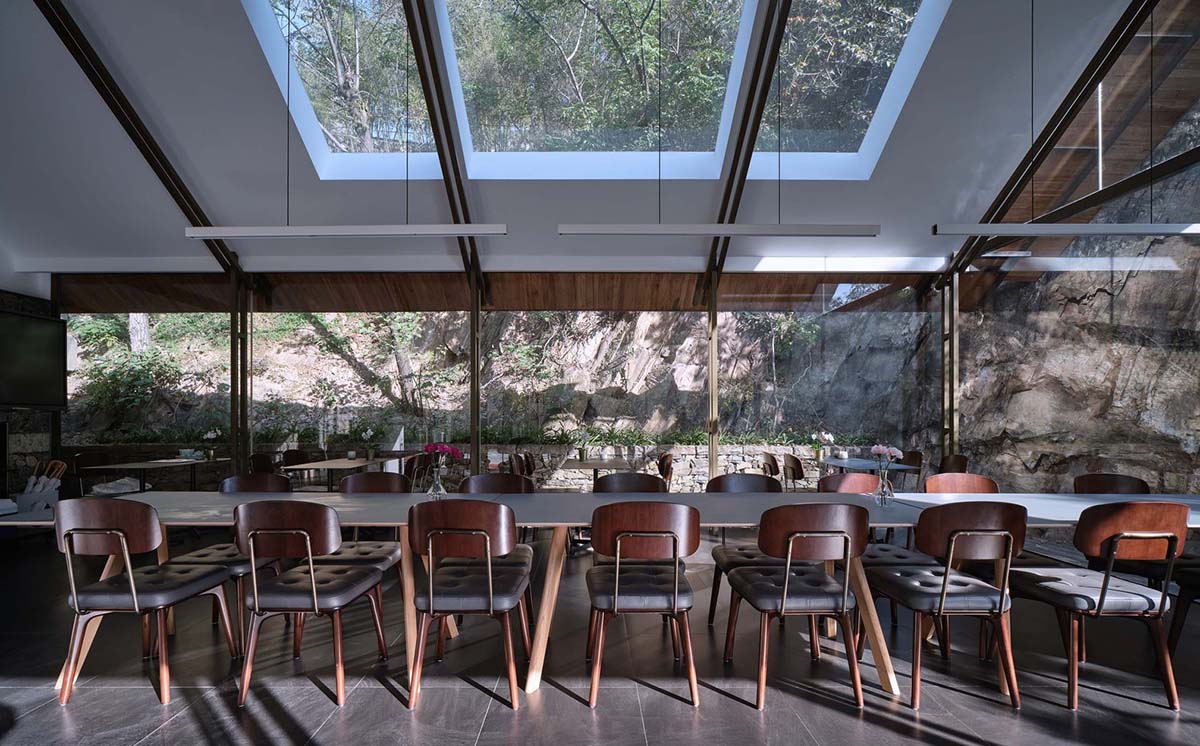 The way to enter the infield from the outside is roundabout, from the wooden bridge and to the flagstone steps, walking through the scattered woods, climbing, overlooking, turning, and finally ascending the high platform to get a glimpse of the nature, forming a narrative experience from suppressing at first and then rising.

During the walk, one will meet with the gurgling streams, the fruit trees unique to the village, the rocky mountains of different shapes and the looming undulating mountains. Watching the forest, overlooking the mountains, listening to the wind and playing with the water will gradually arouse your memories of the old village. 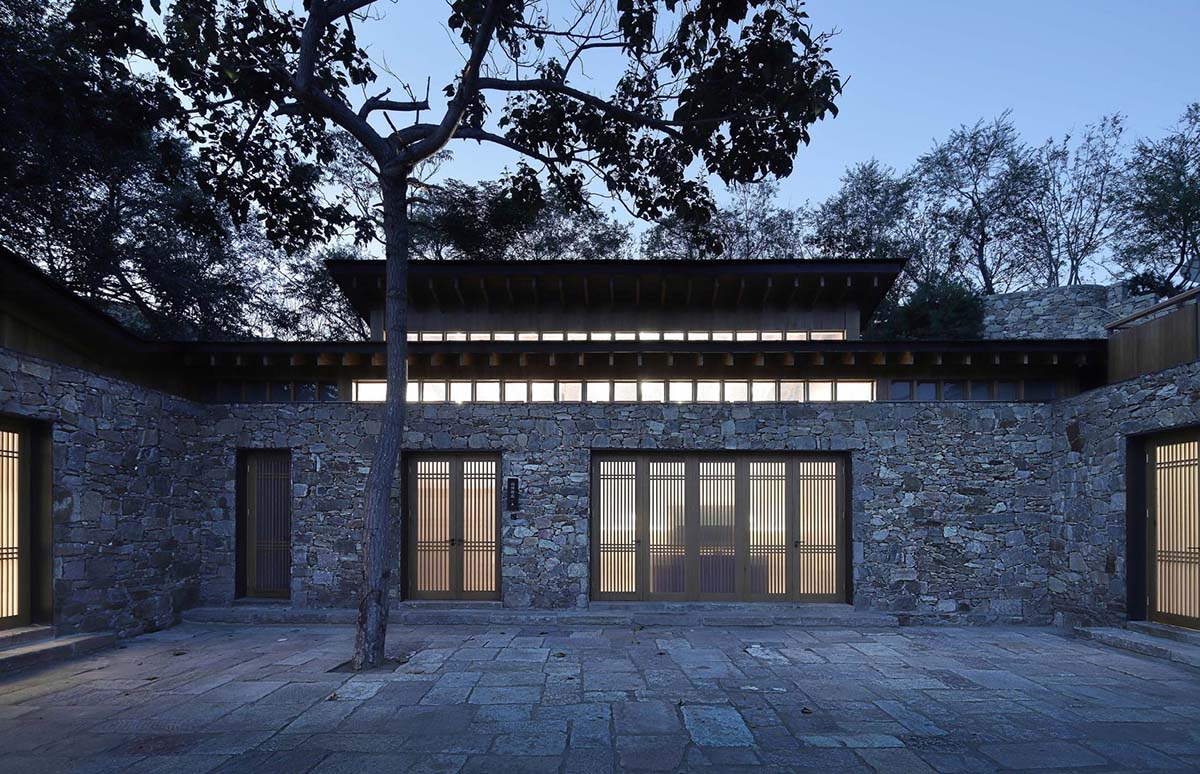 The seemingly random and disorderly rural landscape is actually a “life system” with a high degree of order and connection.

"We believe that restoration is not only the reconstruction of form and space at the aesthetic level, but more importantly, the formation of a balance of “Yin and Yang” within its complex “life body," said the studio.

"The design adheres to the concept of “local construction”, abandons the deliberately shaped local style and symbols, and makes full use of the regional materials, traditional techniques and the unique cultural features of the old buildings left by the village, and uses the most natural and simple language to hide the design traces, making it resemble the natural evolution of the village and truly integrate into the life of the dwellings and the history of the village." 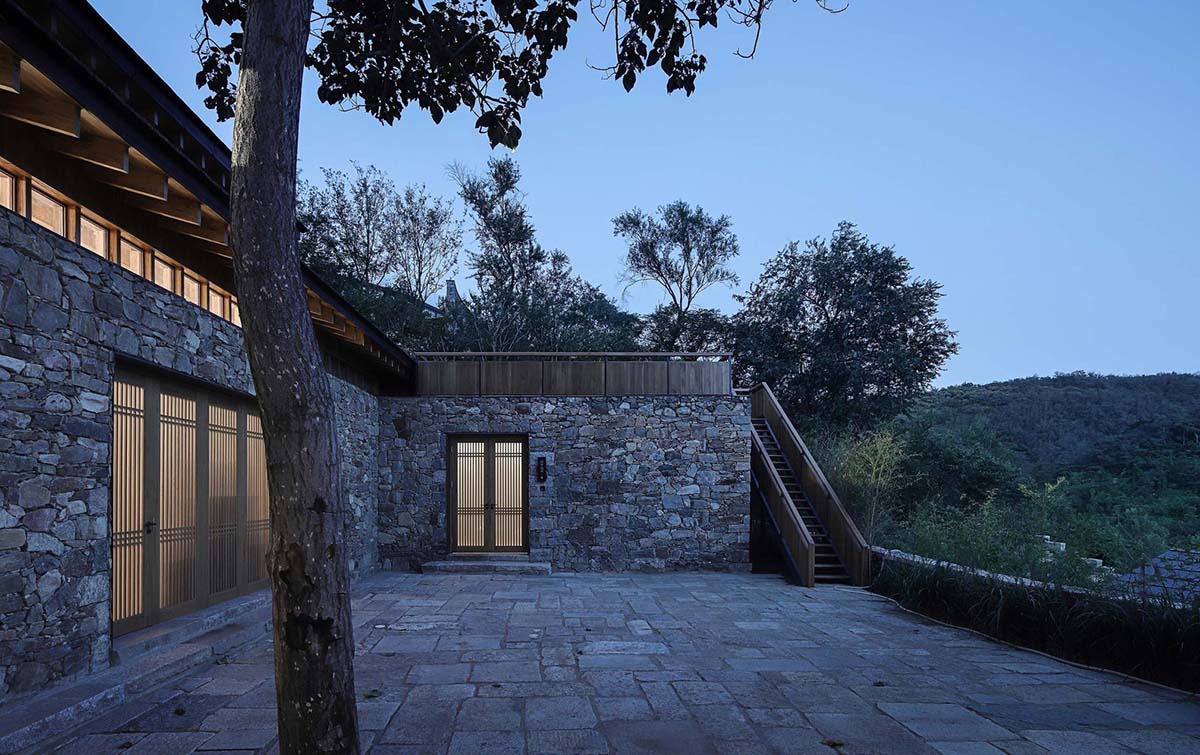 A large number of stones full of traces of the old village were reused to pave stone roads, steps and low walls, so as to continue to record the growth of the new village.

When the landscape infrastructure had been improved, the mountain vegetation and the original ecological scene were restored by imitating the natural plant community.

By replanting native plants such as Celtis sinensis, Photinia Serrulata and Pennisetum, together with large trees on the original terrain, the forest integrity and plant diversity were formed, and the sparse and decaying forest environment and the interior environment of the site were improved, making the natural ecological forest structure more perfect, preventing the soil and water loss of the mountain forest. 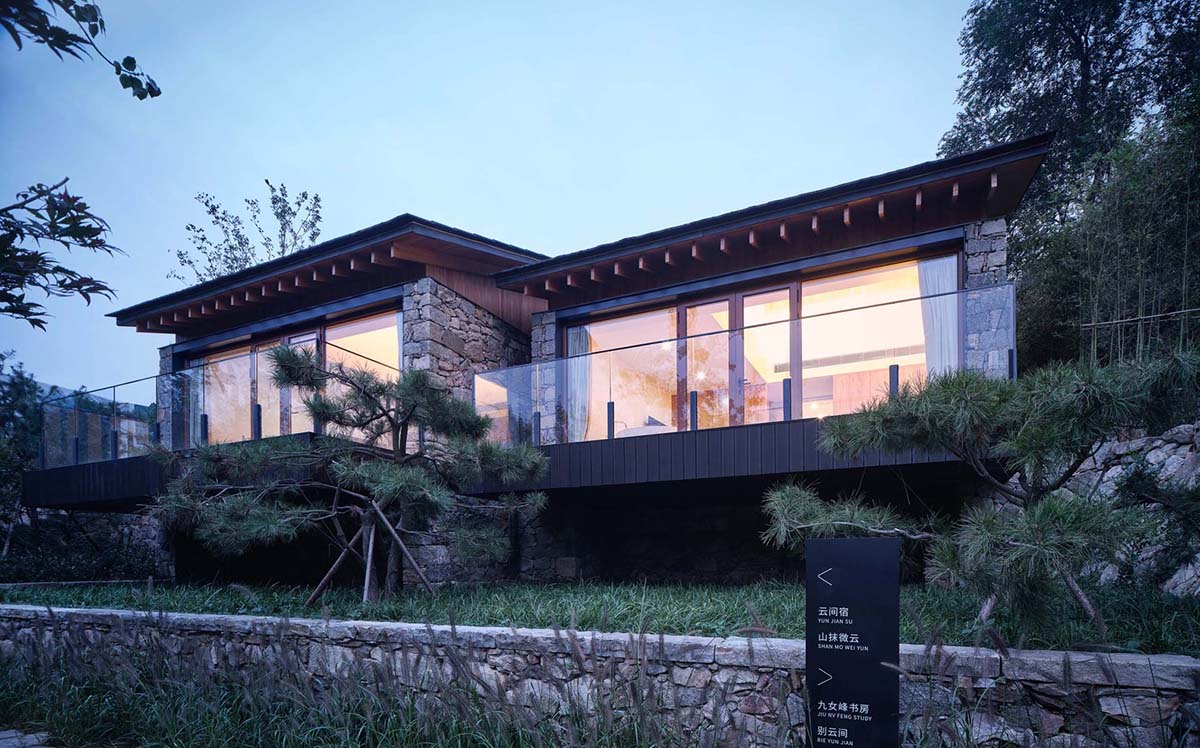 The revitalization and renewal of rural areas is a multi-dimensional process with complex roots and integrating social, resource and environmental issues. The design took the space and the environment construction as the cut-in point, explored the possibility of activation and reuse of village buildings and landscapes.

In the era of pursuing speed and assembly line, the studio adheres to the original belief, emphasizing the restoration of the original appearance of the mountain and the reconnection of the emotional identity between the villagers and their hometown, discarding the so-called point-line-plane design composition and adopting the craftsman-style repair, construction and activation of the village without the sense of design, so that it can slowly grow naturally over time. 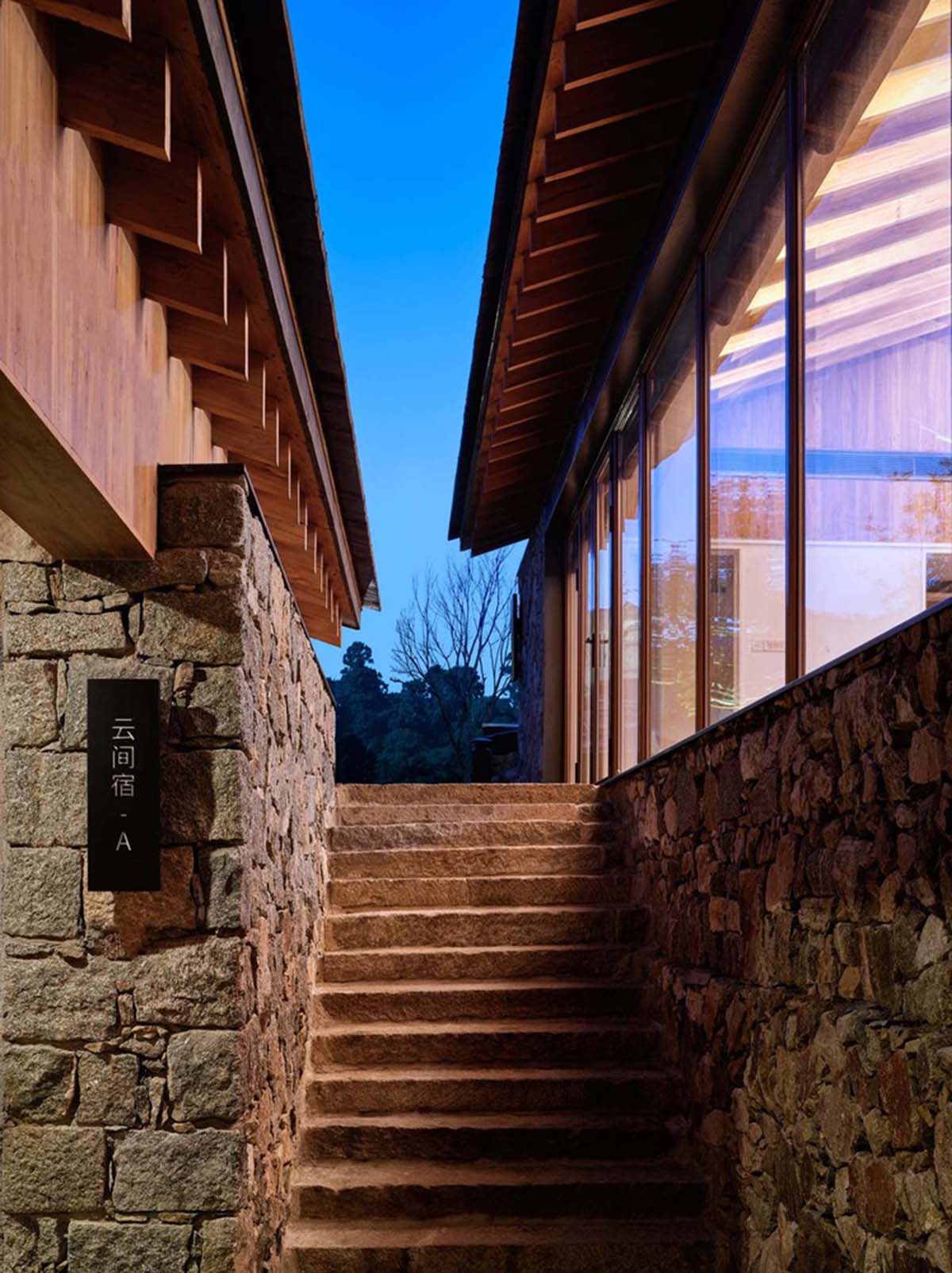 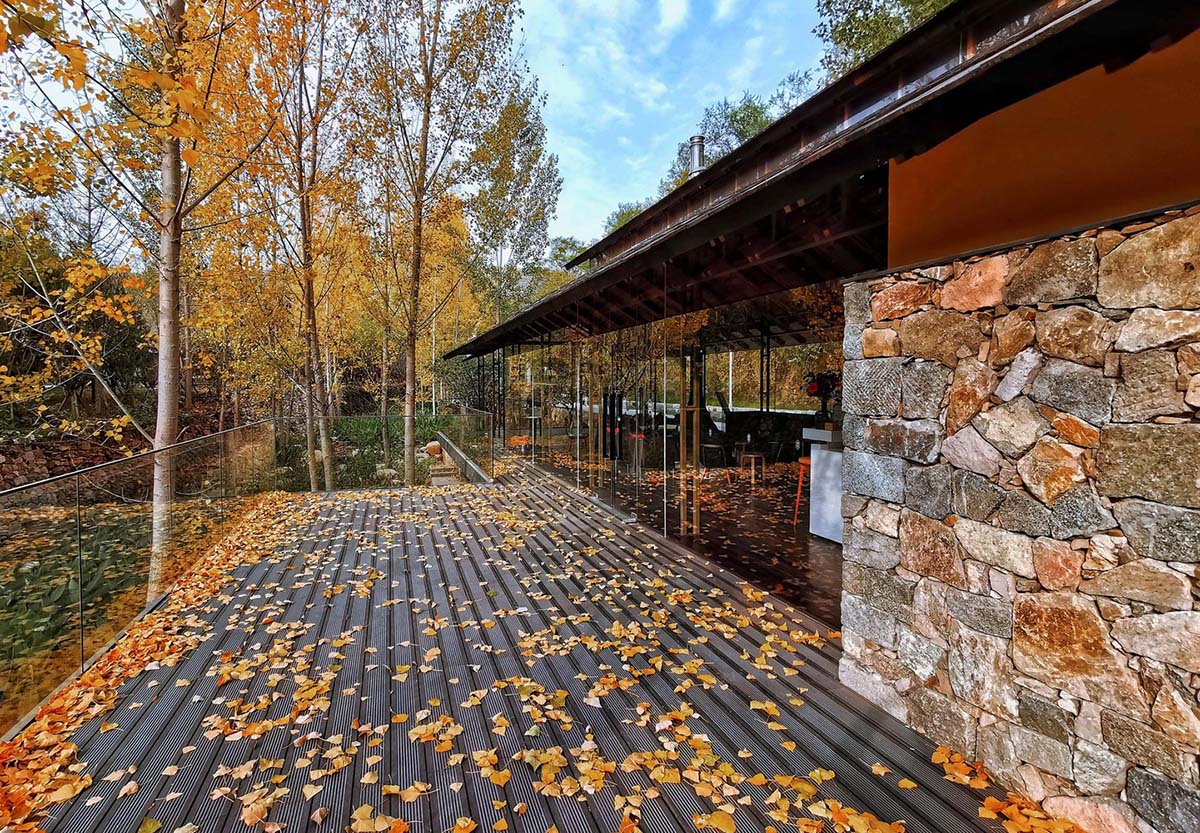 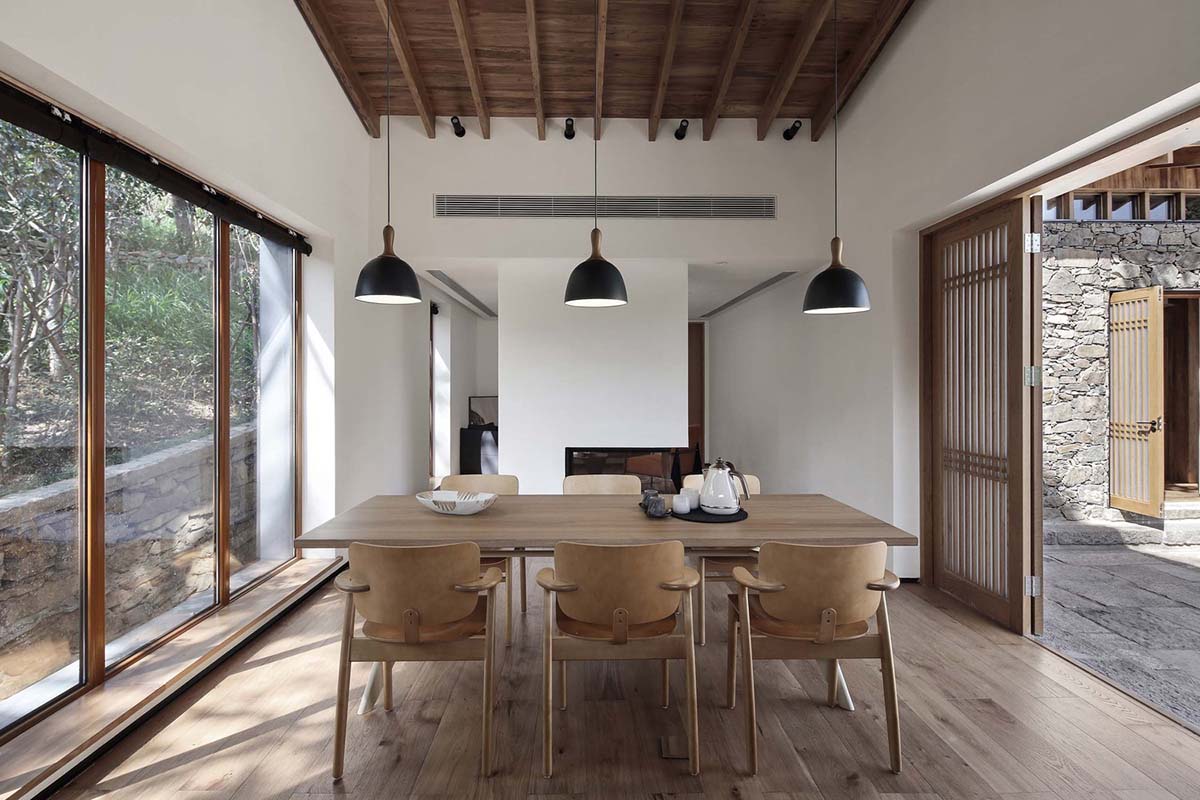 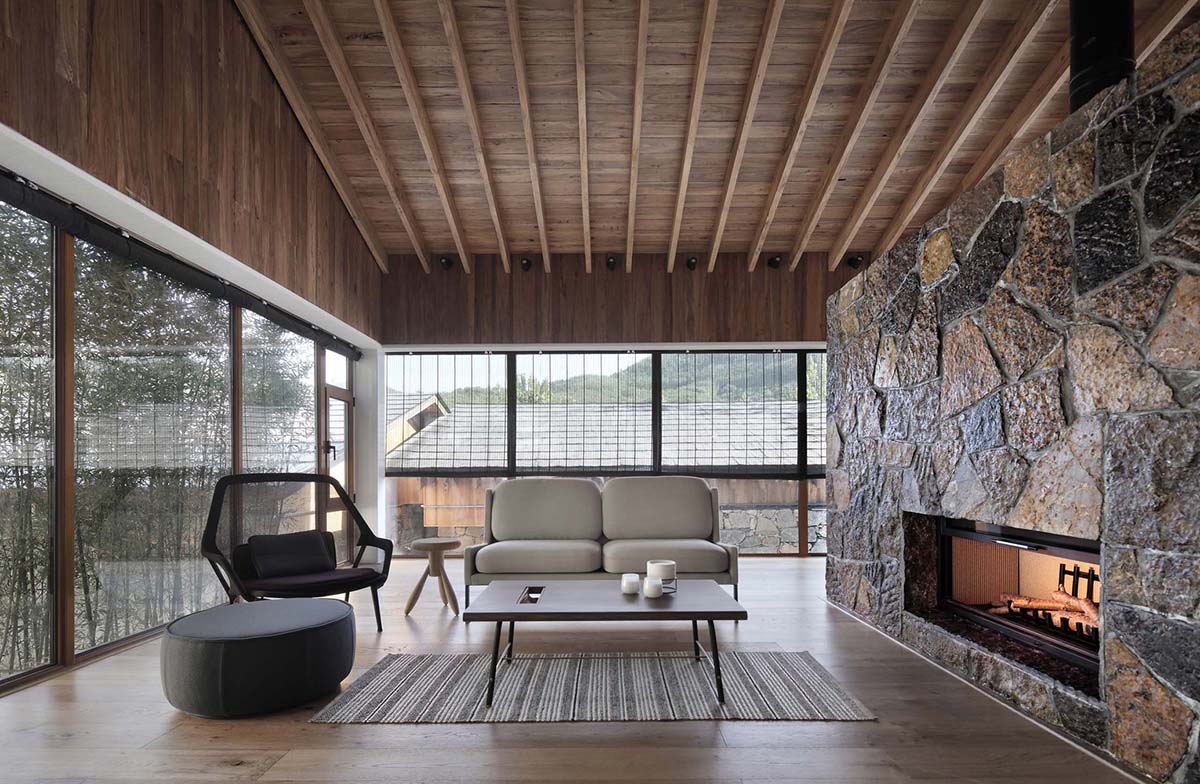 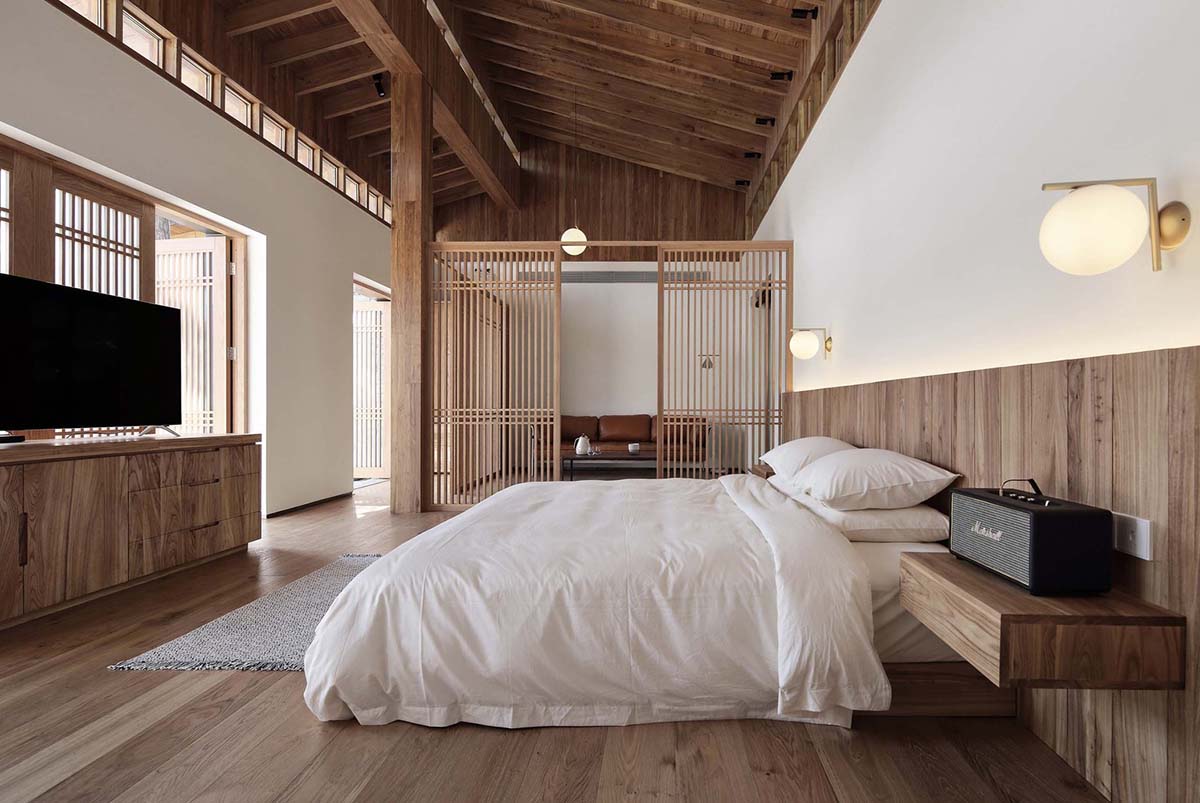 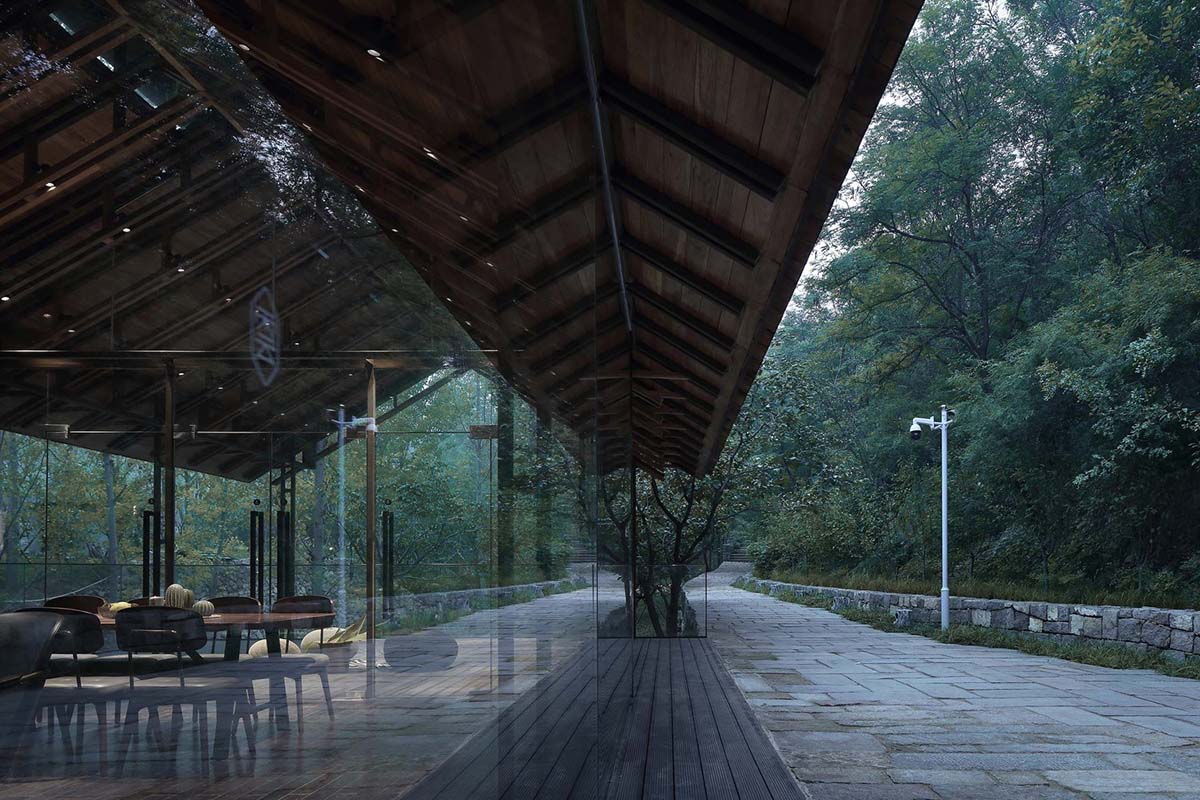 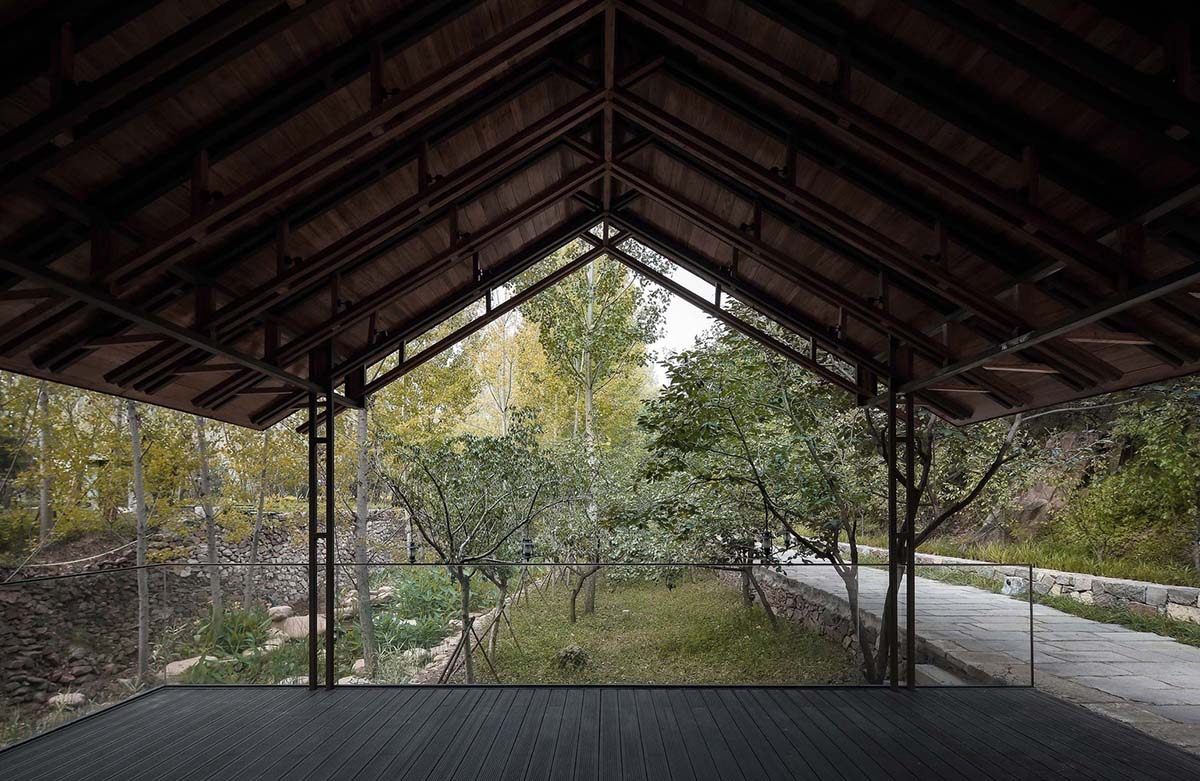 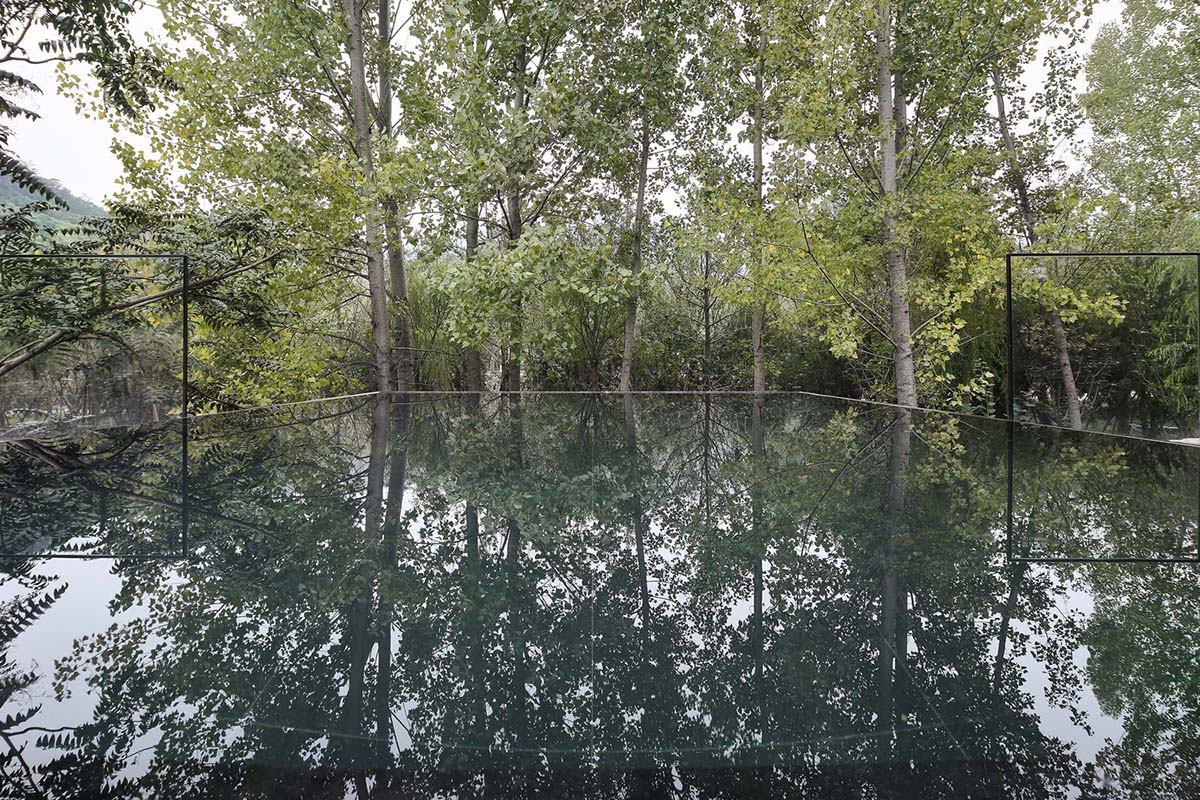 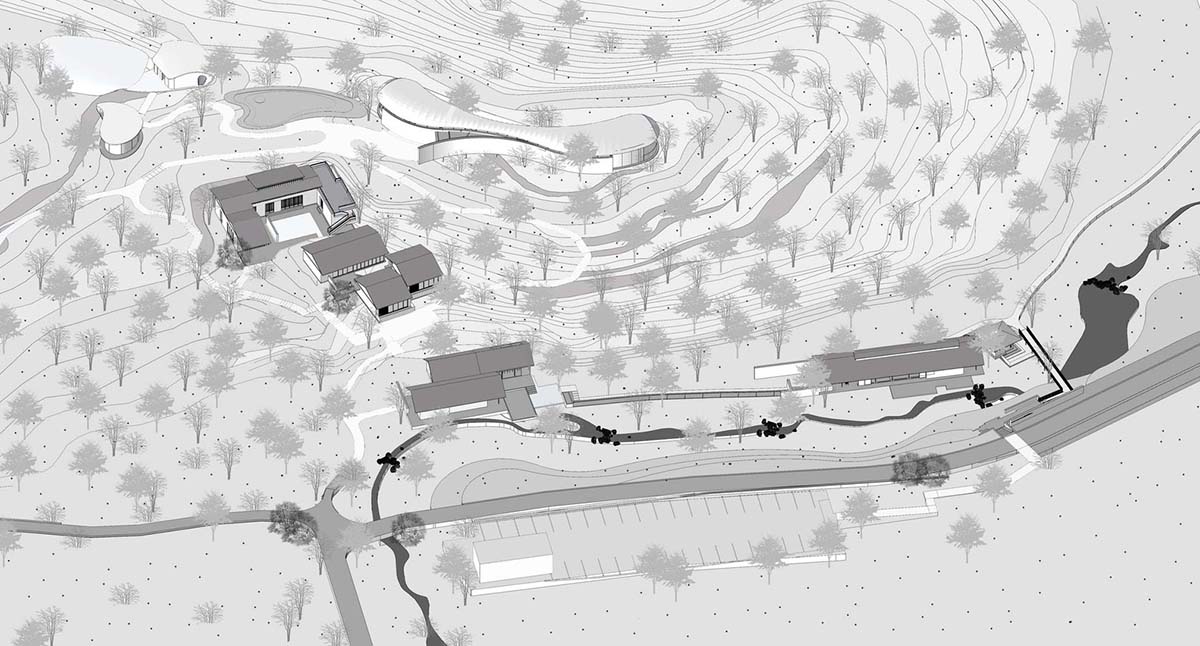 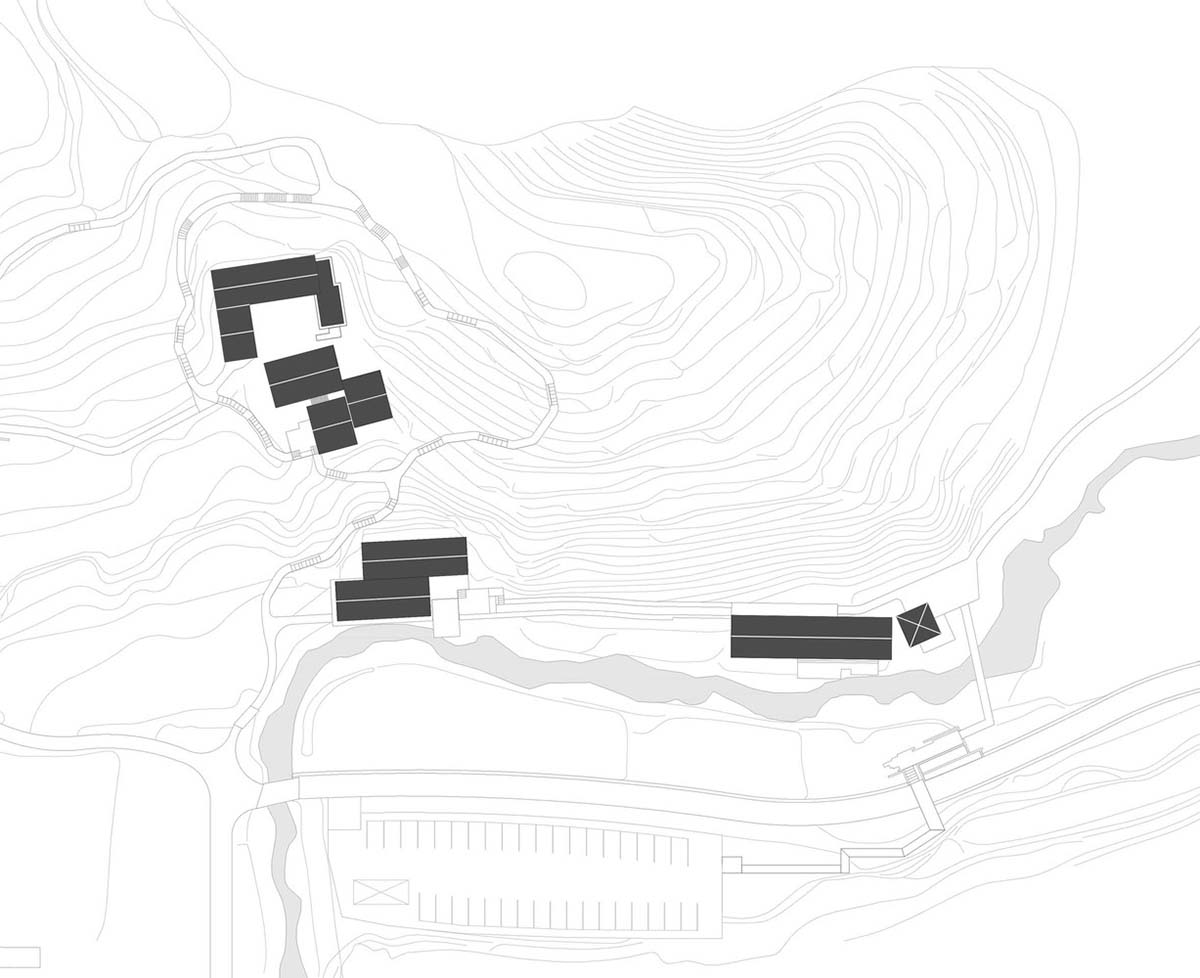 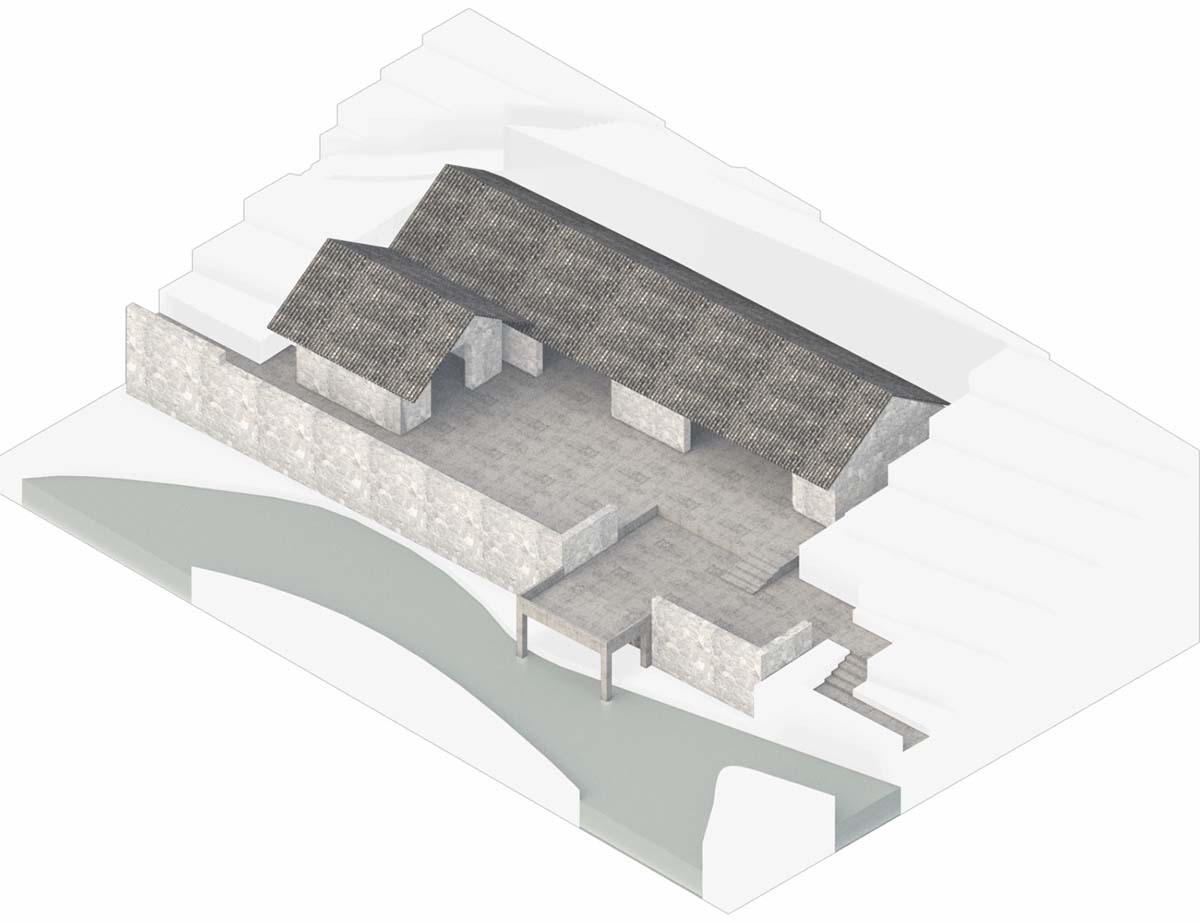 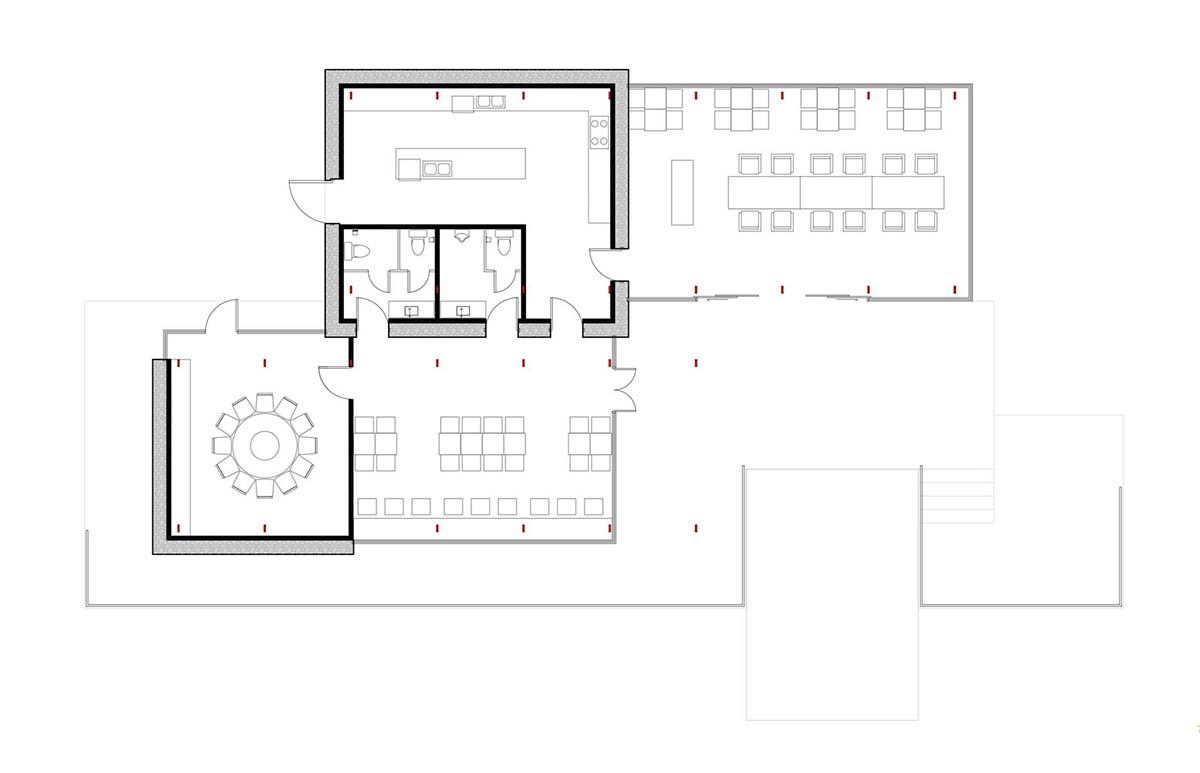 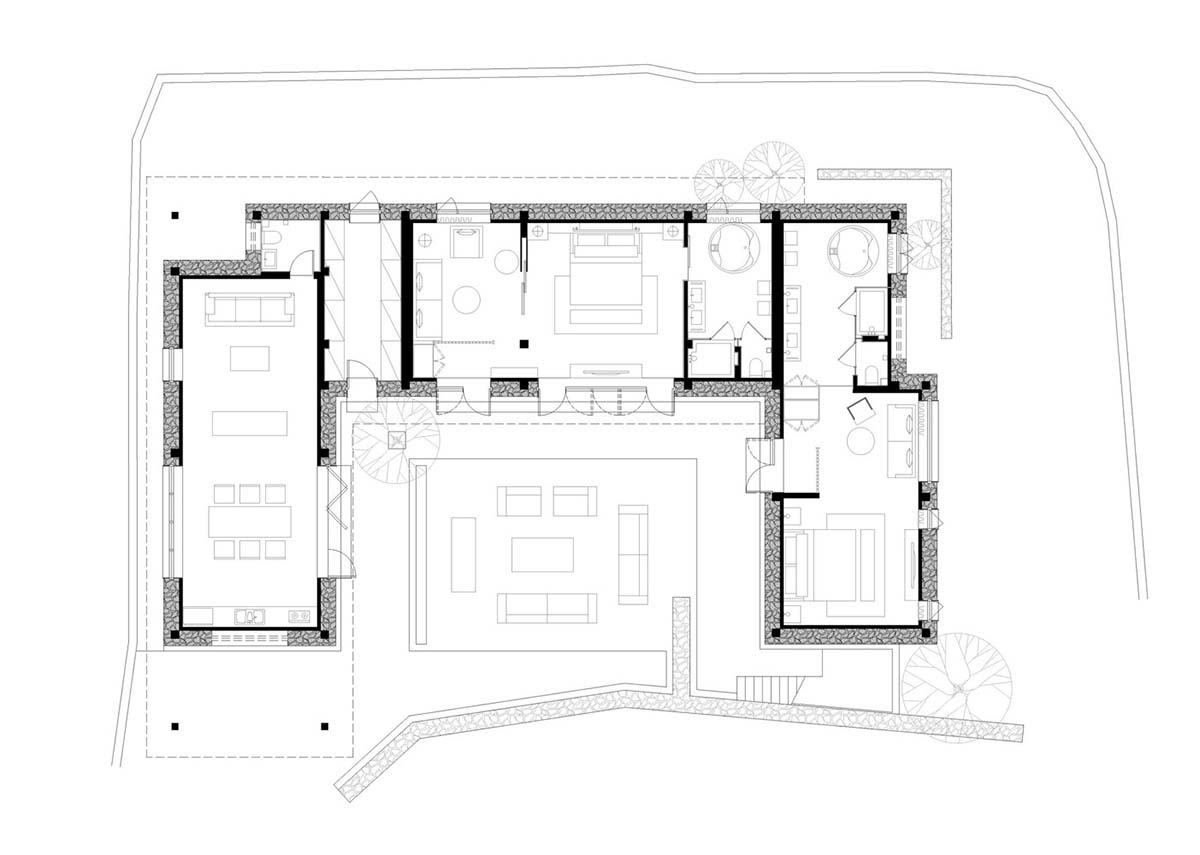 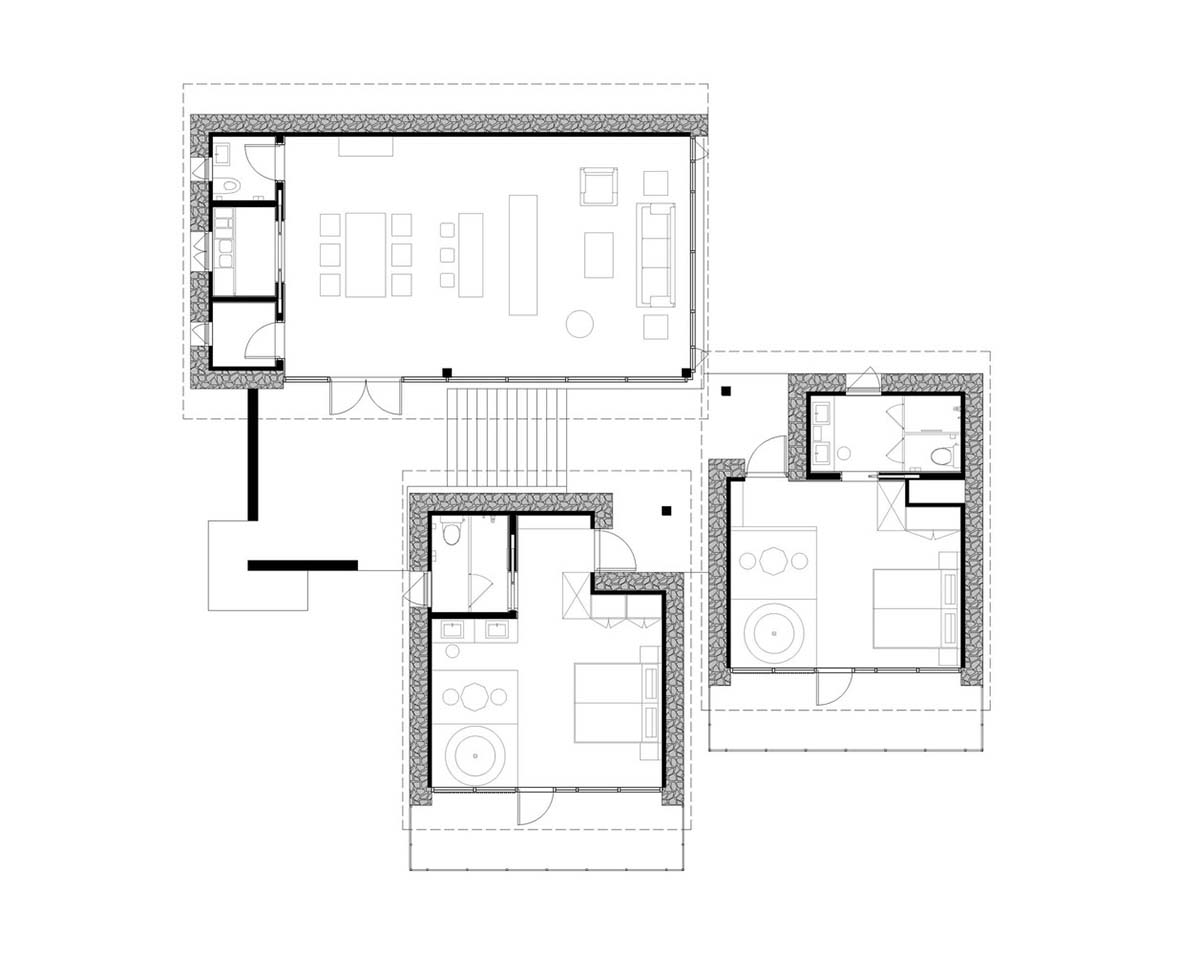