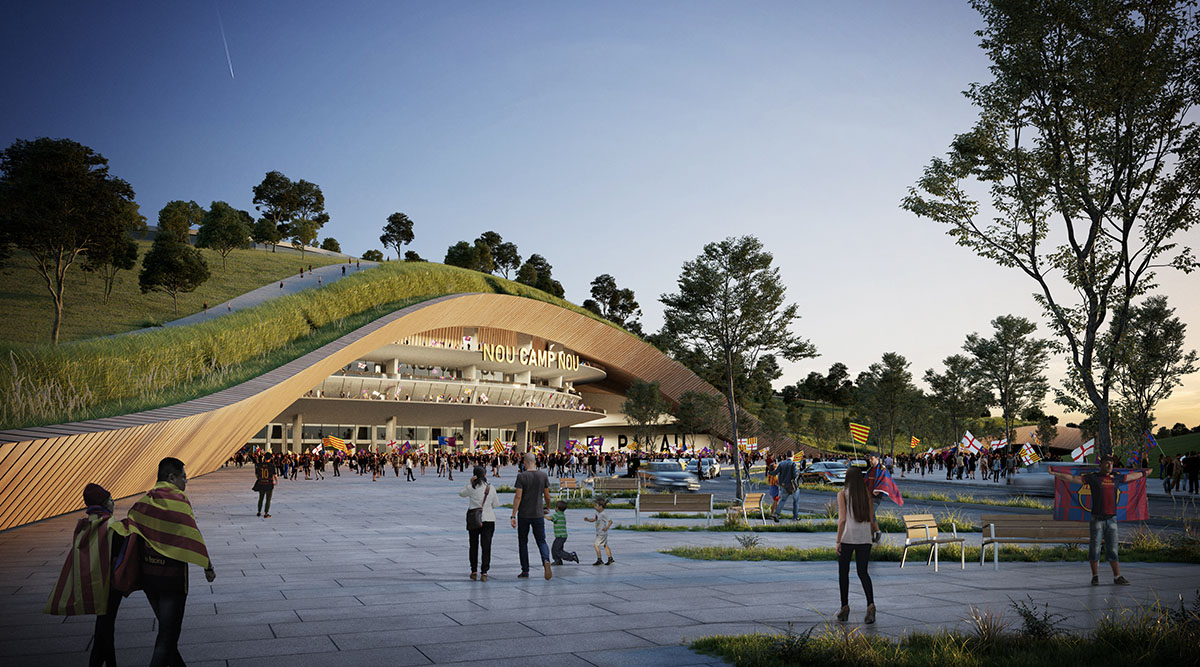 The ON-A architecture studio opens the debate to the possible renaturation of urban areas to adapt to the needs of the post-Covid future.

The Camp Nou stadium and surrounding facilities would be covered by a new topography that would allow creating alarge forest for the city of Barcelona. 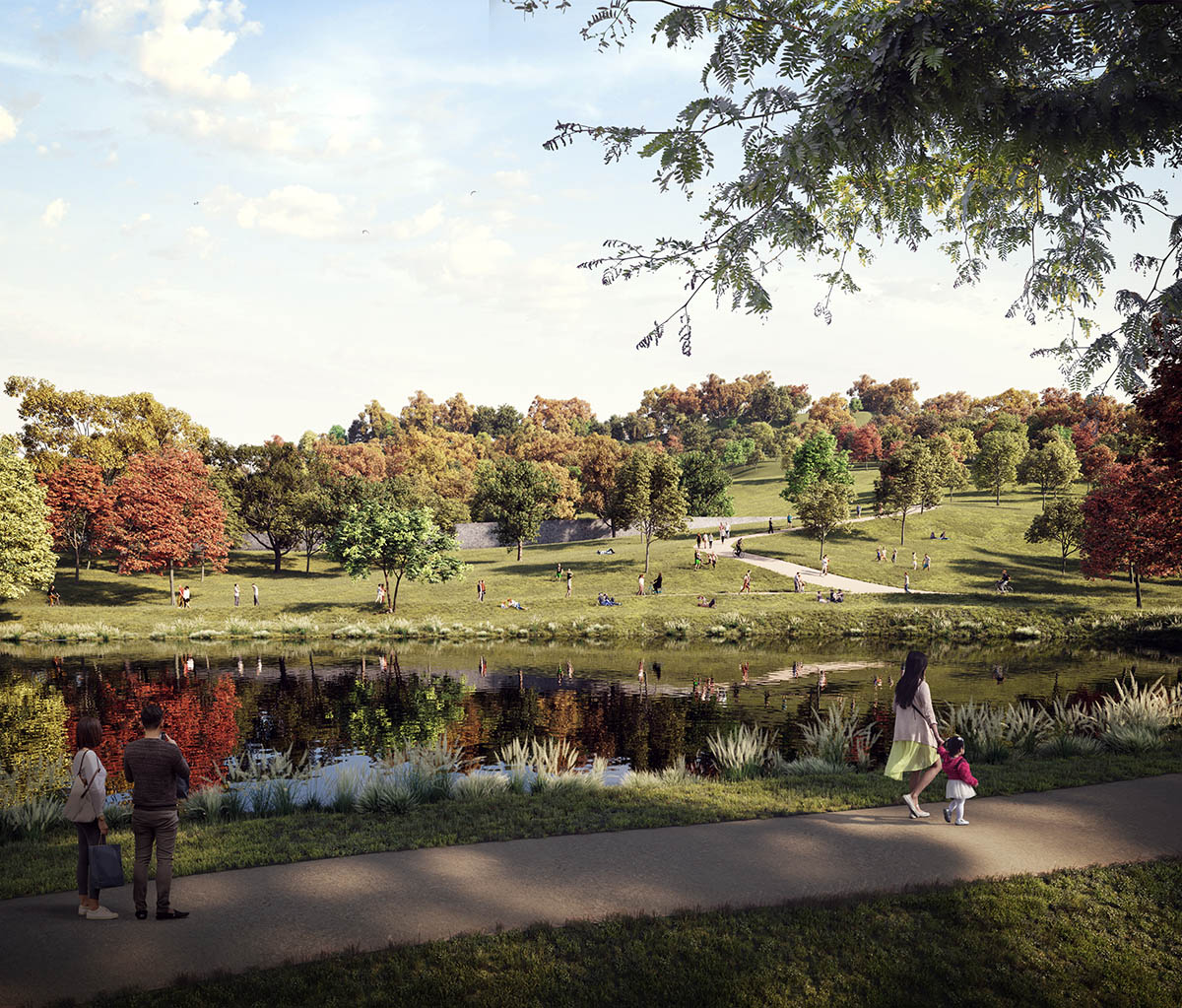 "Renaturing cities and gaining quality space for citizens is no longer just an interesting idea, it is a necessity," said Jordi Fernández, one of the two founding partners of ON-A Architecture.

This smart office based in Barcelona, has specialized in renaturation and bio-construction, conceiving in its 15 years of experience different ways of adapting green spaces in urban contexts, such as the proposed redevelopment of the Llano Amarillo Park in Algeciras or the Taichung Gateway Park of Taiwan.

"According to the WHO, cities should have aminimum of 9m2 of green area per inhabitant. Currently Barcelona has just over 6m2." 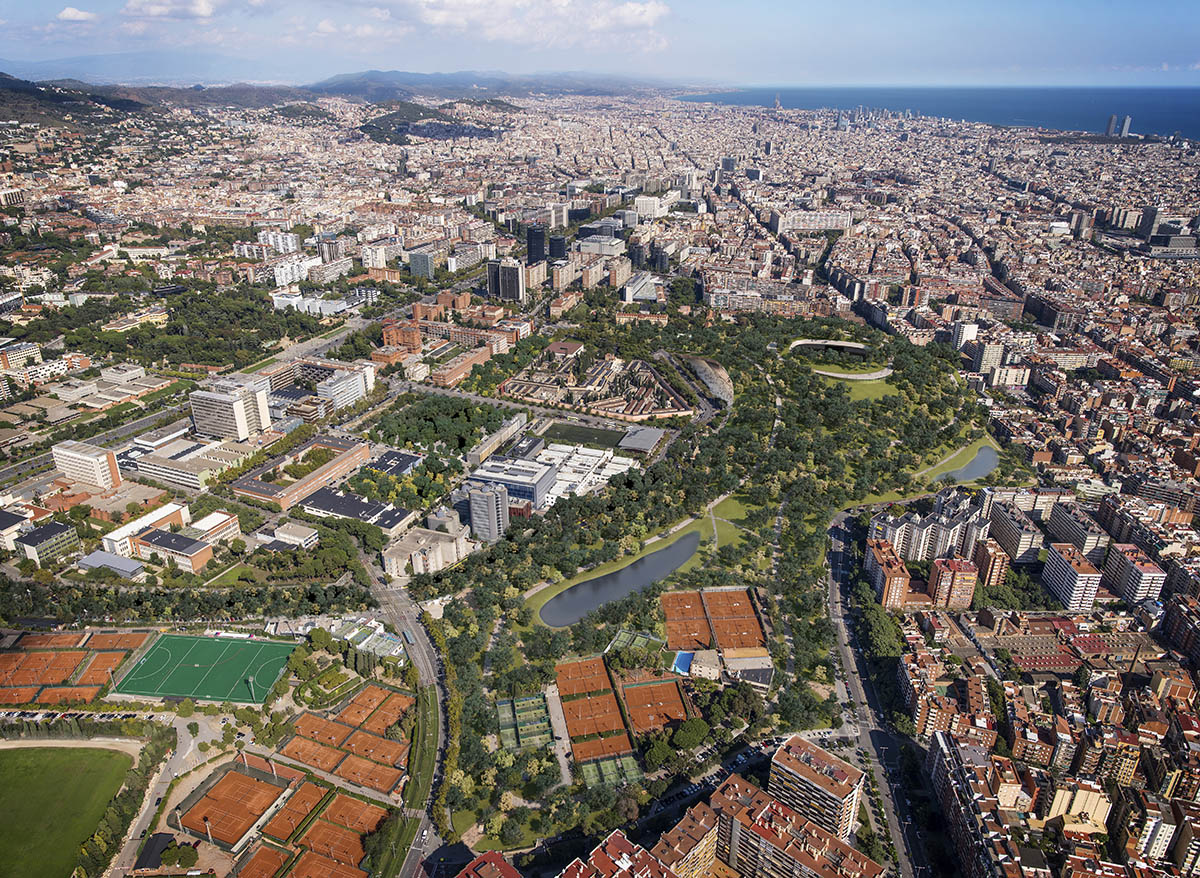 Nou Parc is a project that encourages showing how cities could be renatured without losing building space; a win-win between the private and the public. In Barcelona there are few available spaces where this is possible, including the Camp Nou stadium.

In this case, the proposal suggests to reform one of the most significant locations in the city of Barcelona, the Camp Nou, elevating the topography and creating a blanket of green forest that would allow the facilities attached to the stadium and other equipment to be maintained below the surface of the new park.

The resulting new topography would hide the services linked to the stadium (parking, offices, leisure spaces, restoration, museum, multipurpose pavilion and entrances) and the stadium would function independently of the park. 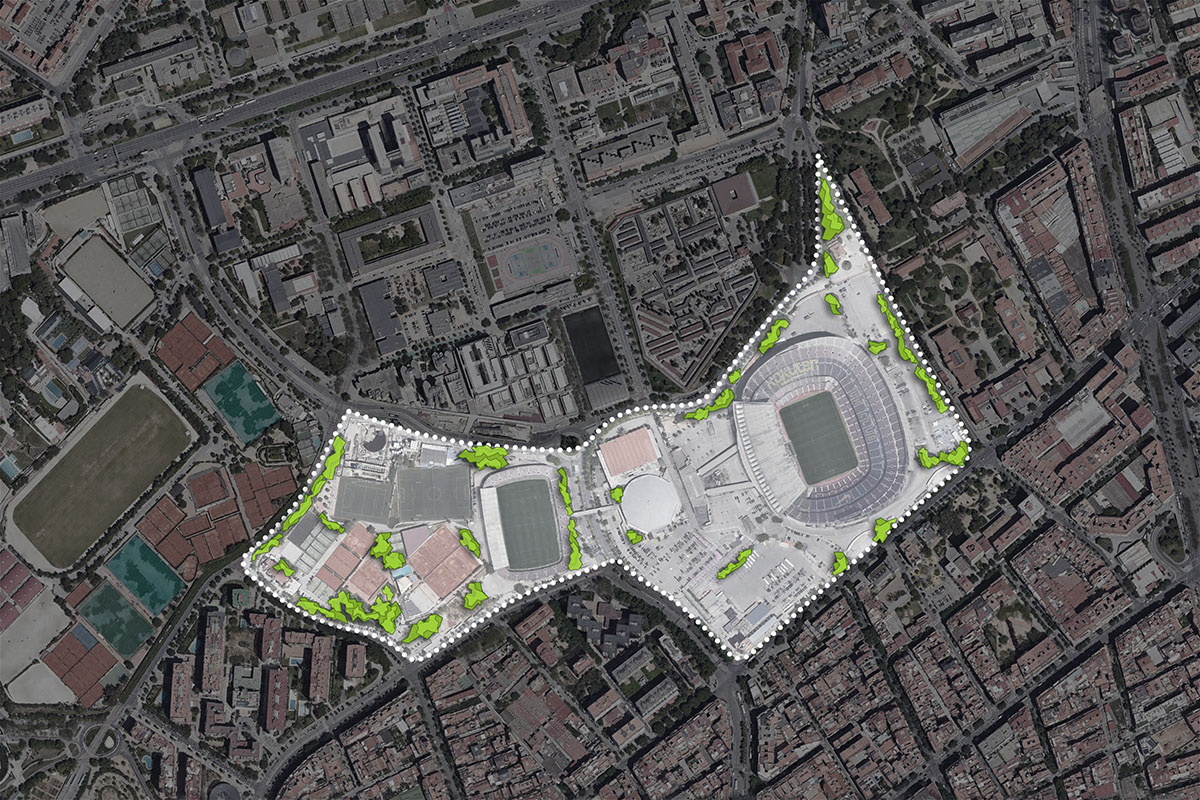 This huge space is regularly in disuse, except for sports events or organized visits to private facilities. Neighbors often experience the collapse caused by major sports events, so management is seen to be inefficient. 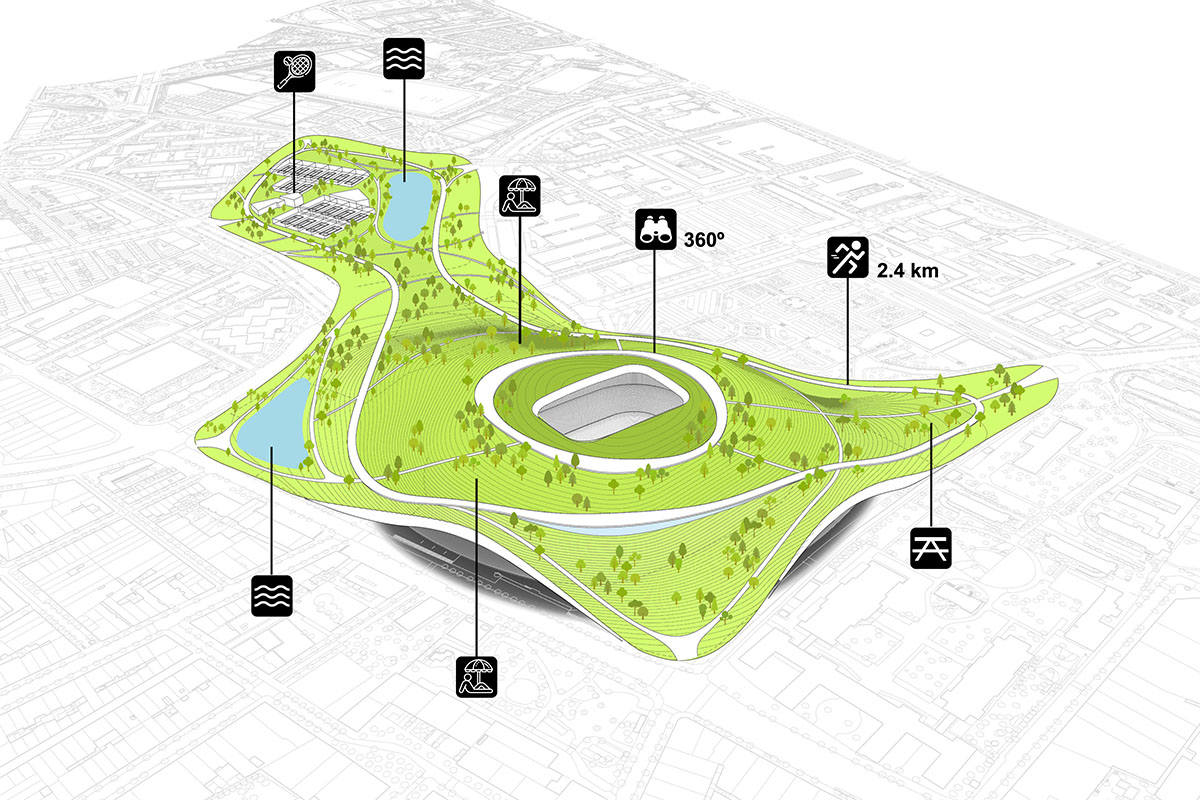 A rehabilitation of this magnitude and characteristics would be a great opportunity for the city of Barcelona, which would benefit from a new green and leisure space capable of connecting neighborhoods, removing boundaries, producing 15,000kg of oxygen / day and absorbing 25,000kg of C02 / day.

Technology is envisioned to be integrated throughout the masterplan in the process of renaturation, thanks to it, ON-A can control and predict problems such as water supply and the maintenance of green areas. 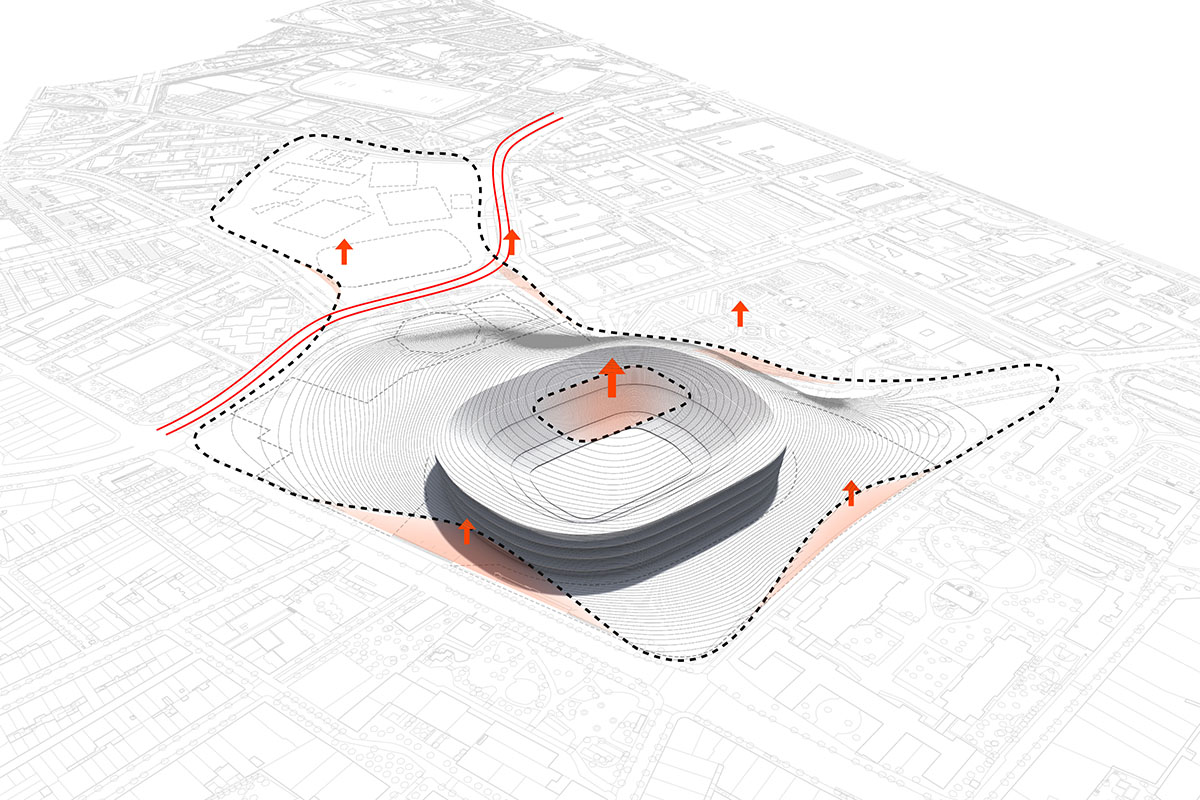 In this sense, ON-A works closely in collaboration with Verdtical, a company specialized in the development of systems and technology for the creation of urban ecosystems.

With this advanced technology you can install green roofs, vertical gardens and provide technical solutions for the creation of forest cities, with elements controlled by intelligent systems in IOT (Internet of things).

The organic environment is controlled by sensors and predictive protocols in artificial intelligence. The sensors collect information on the health status of green areas and act as prophylactic gatekeepers. 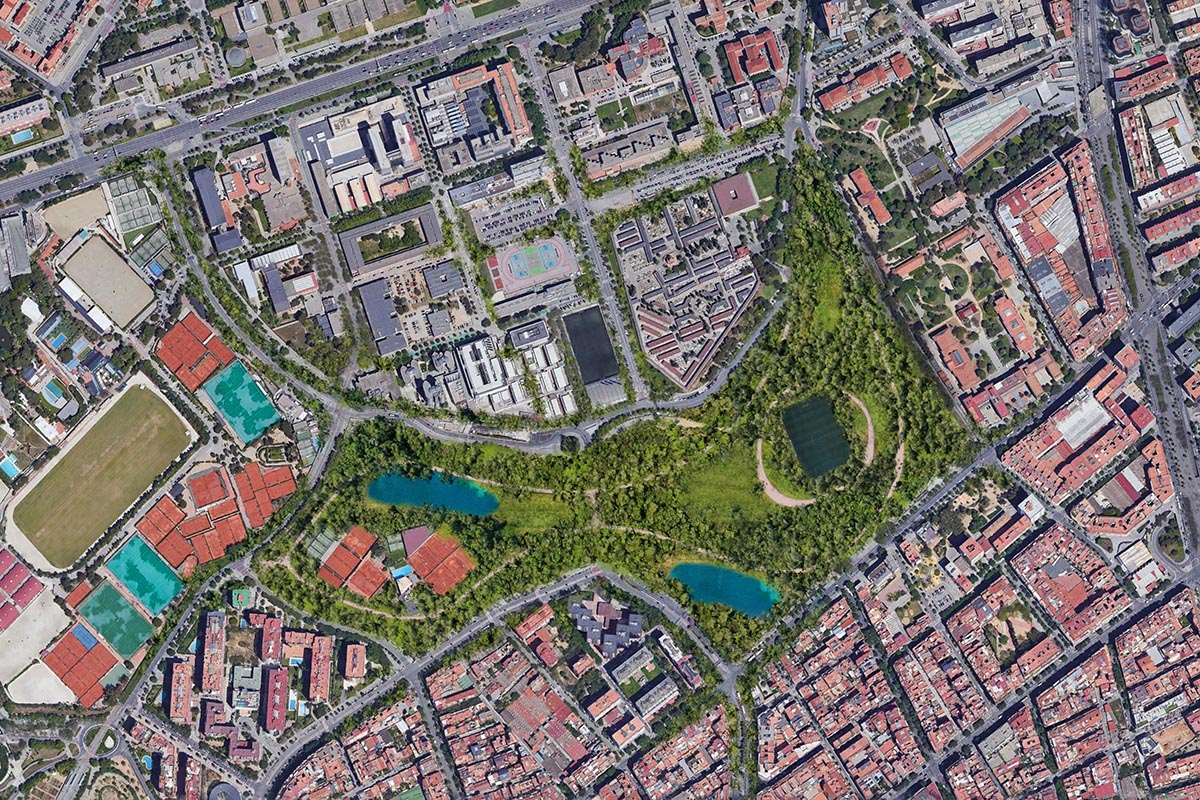 "We are aware that cities must be re-naturalized, and that green provides unquestionable benefits for health, but the issue is not only green, the debate revolves around blue as well: the water. We cannot be green if that implies an excessive use of resources," added Jordi.

"The technology for the control of water consumption has come a long way and allows us to innovate and optimize green areas in urban spaces. We have been betting on these systems for years, but research in this sector should be further promoted." 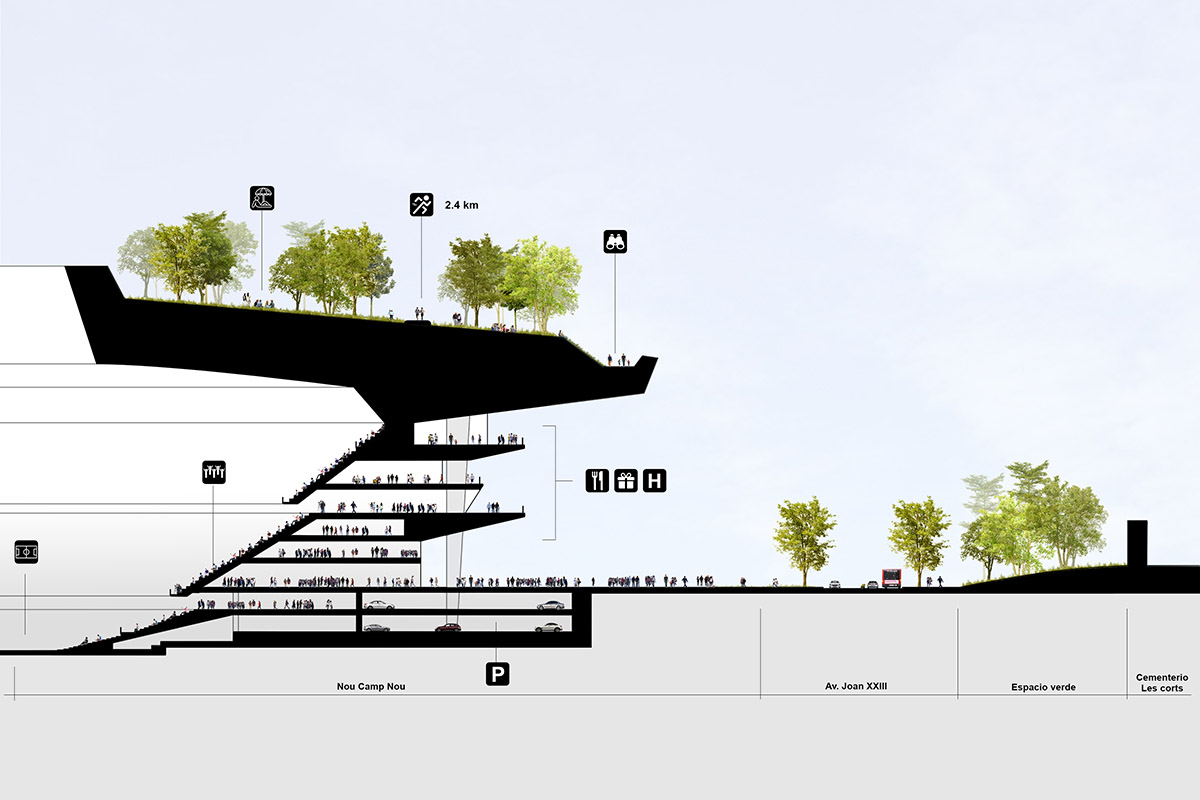 In the case of the Nou Parc proposal, ON-A imagines the possible use of the technology embbeded in two lakes that would collect rainwater, thanks to the topographic slope, which in turn could be reused for irrigation of the park.