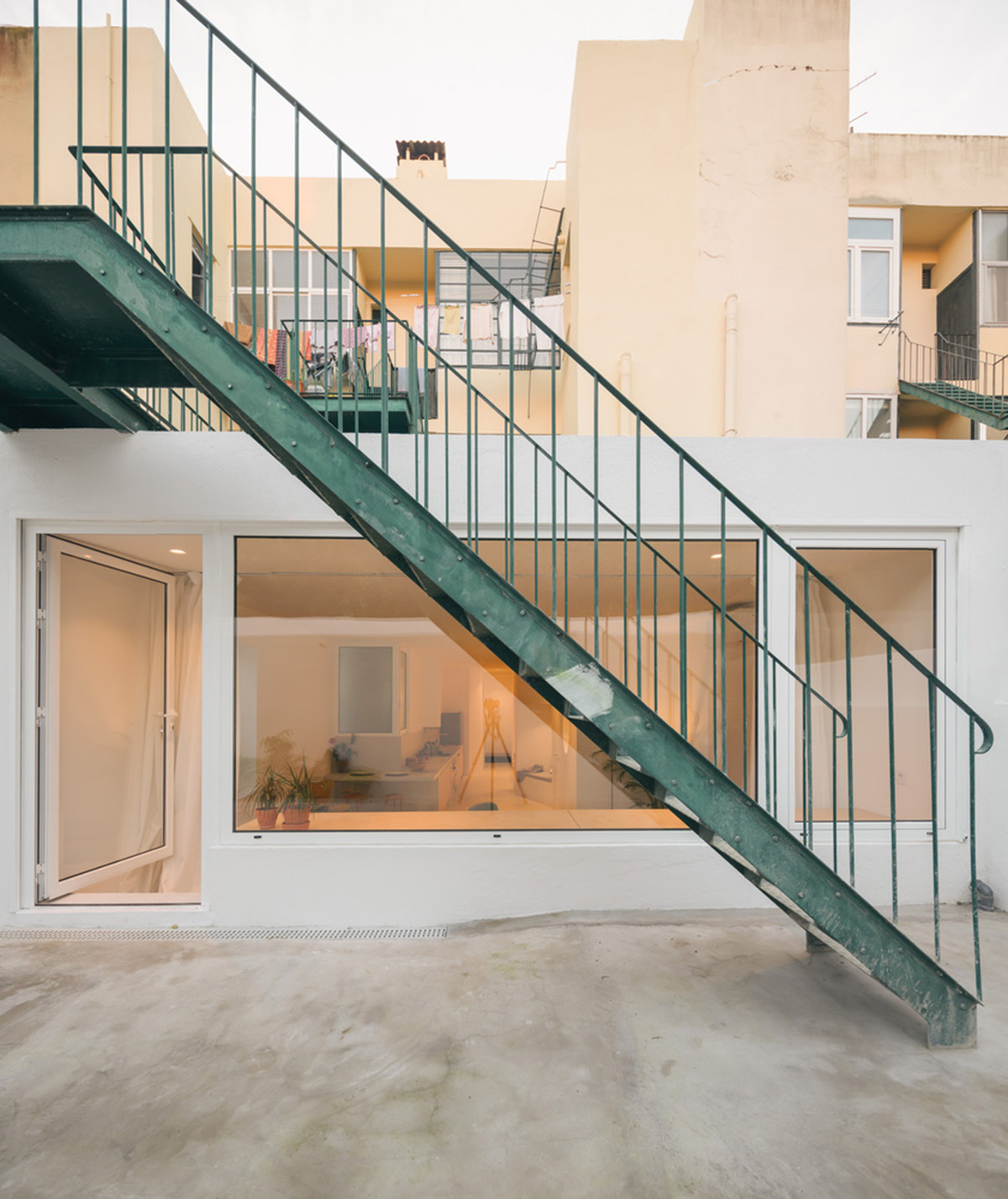 Called Artur Lamas, the 65-square-metre apartment was redesigned as a rehabilitation project in Belém, Lisbon.

The project was converted with the aim of making the existing gloomy and tight space into a pleasurable apartment, allowing its profitability and usability through short-term lease. The project has an elongated plan layout and its interior space was reconfigured with all-white interiors and hidden spaces. The apartment is opened up the roof terrace and intervened with a green staircase to reach upper floors.

"The architectural solutions developed in this project are the result of the study of the building and its features, as well as the possibility to take advantage of the east patio," said Verum Atelier. 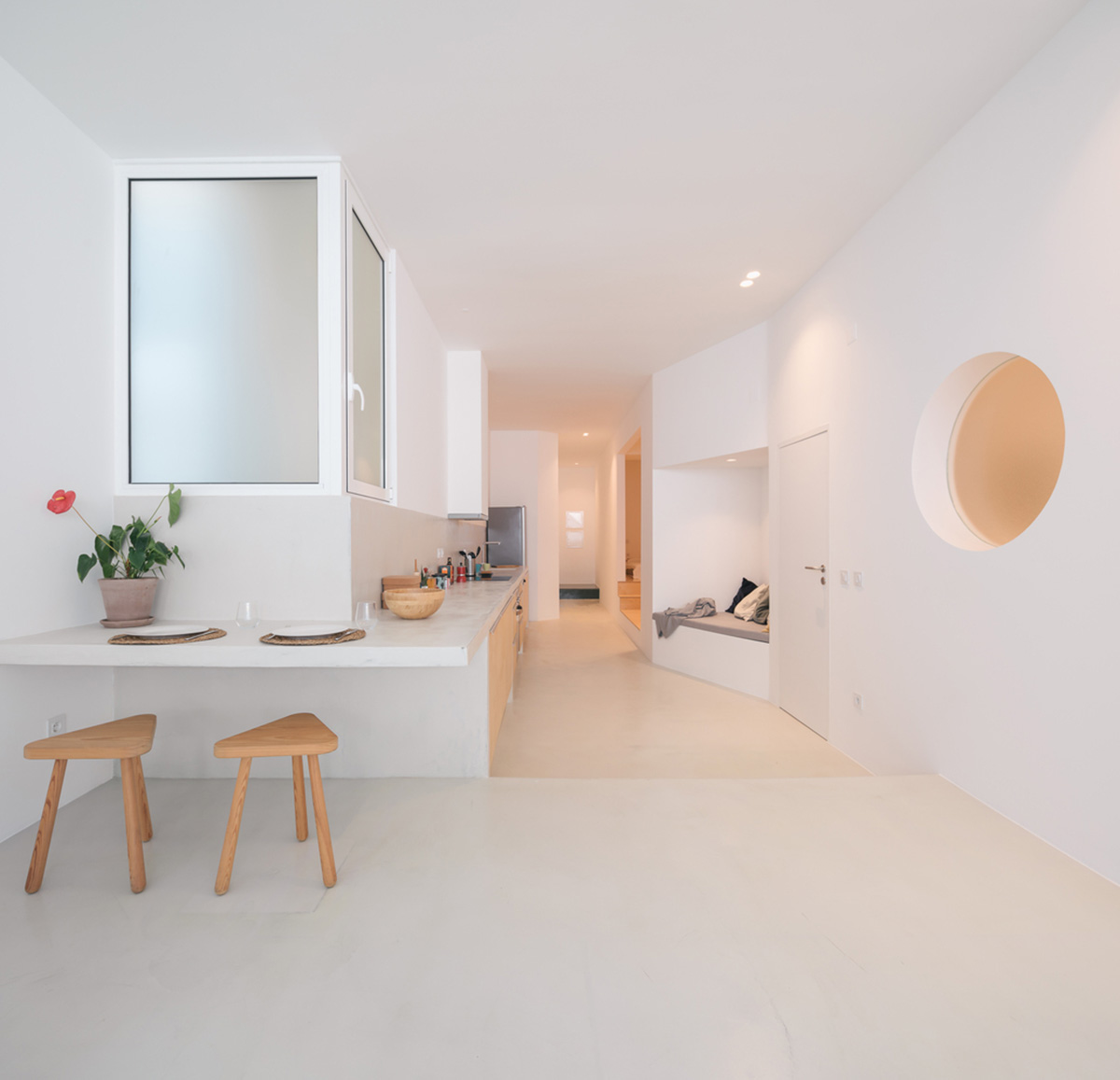 "Another major factor was the requirement to make a more salubrious space offering all the housing qualities in addition to re-building all existing infrastructures given the dilapidated state of the apartment."

"Firstly, there was a need to reinforce and requalify the existing roof, enabling the increase of the height and consequently the tearing of openings for natural light and air circulation," added the studio. With only natural light coming from the east and being a very narrow space, it was designed to be as open as possible by just having partition walls in spaces that need to be private. 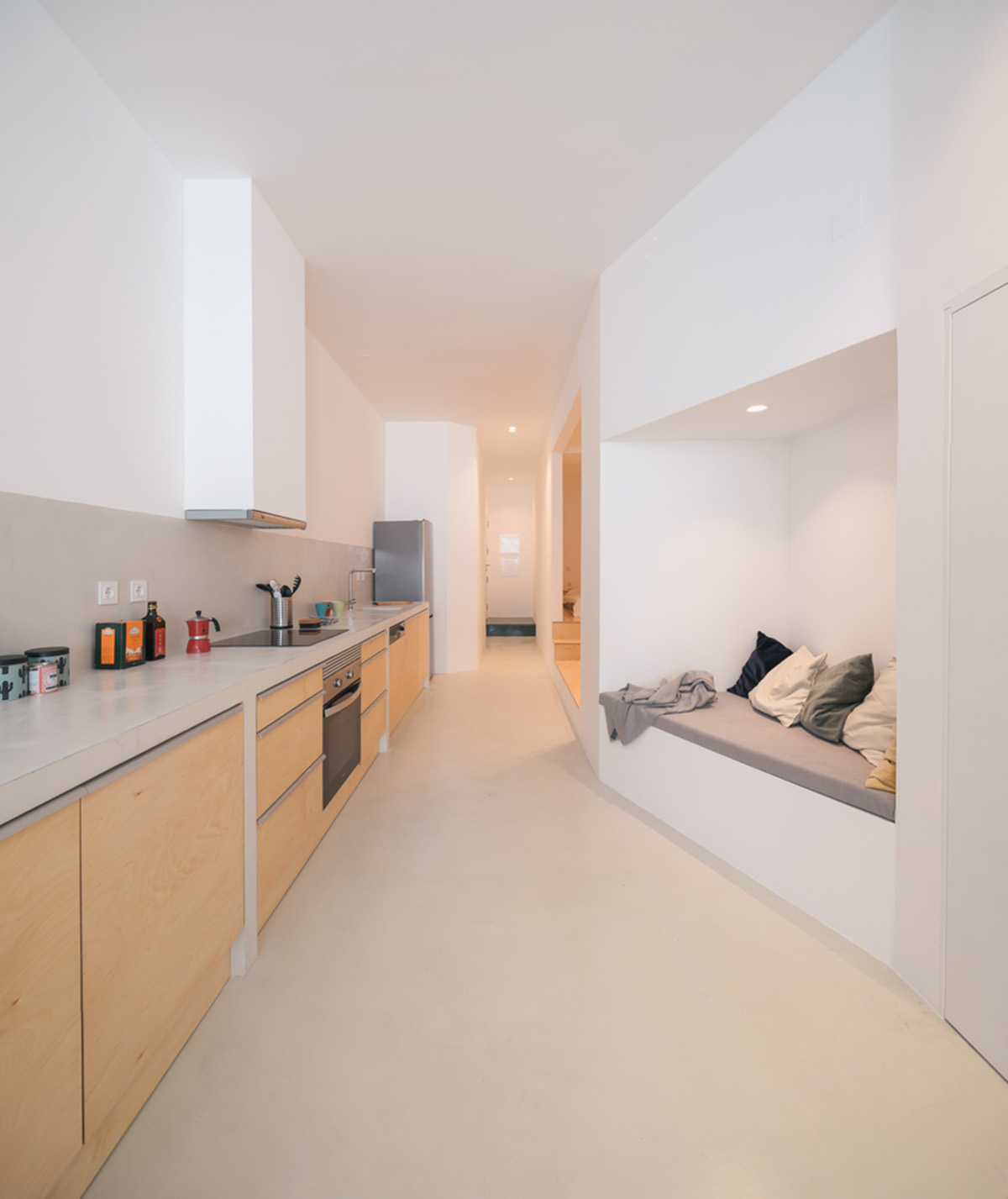 The apartment contains an open kitchen, a living & dining room, a small bedroom and a small bathroom. Natural light sweeps almost entirely the space increasing the spatial quality and the apartment experience.

The spans were all redesigned on a very generous scale letting the sunlight in, but also creating several shadows resulting from the incidence of light on the exterior landscaping. 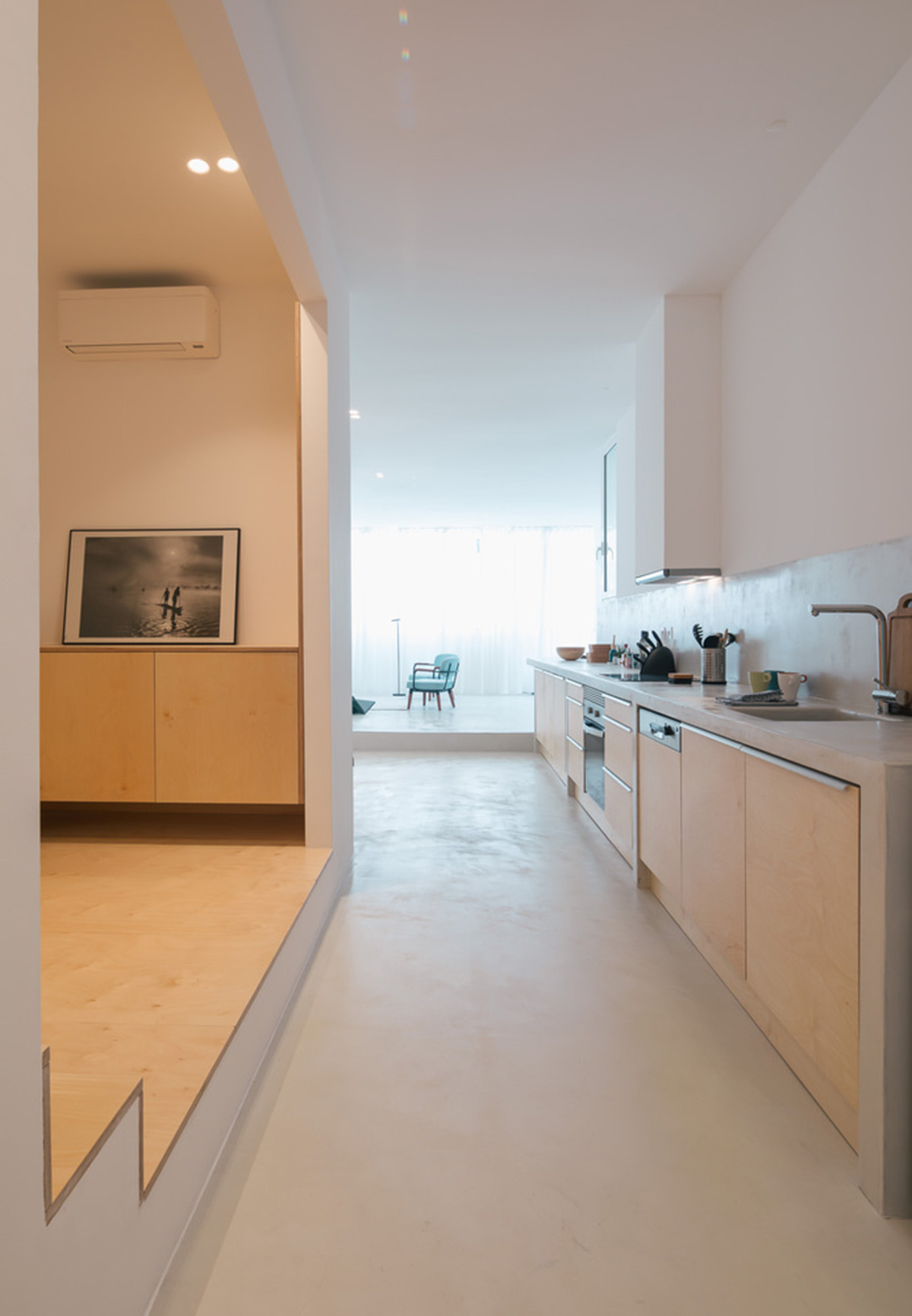 "The micro cement floor creates homogeneity while the winding line that divides the social and the private area is a guide that smooths the way to explore the space," added the firm.

"In its turn, the predominance of white consolidates this homogeneity which is only broken by the introduction of wooden carpentry and by the Guatemala-green natural stone that grants simplicity and nobleness to the space." 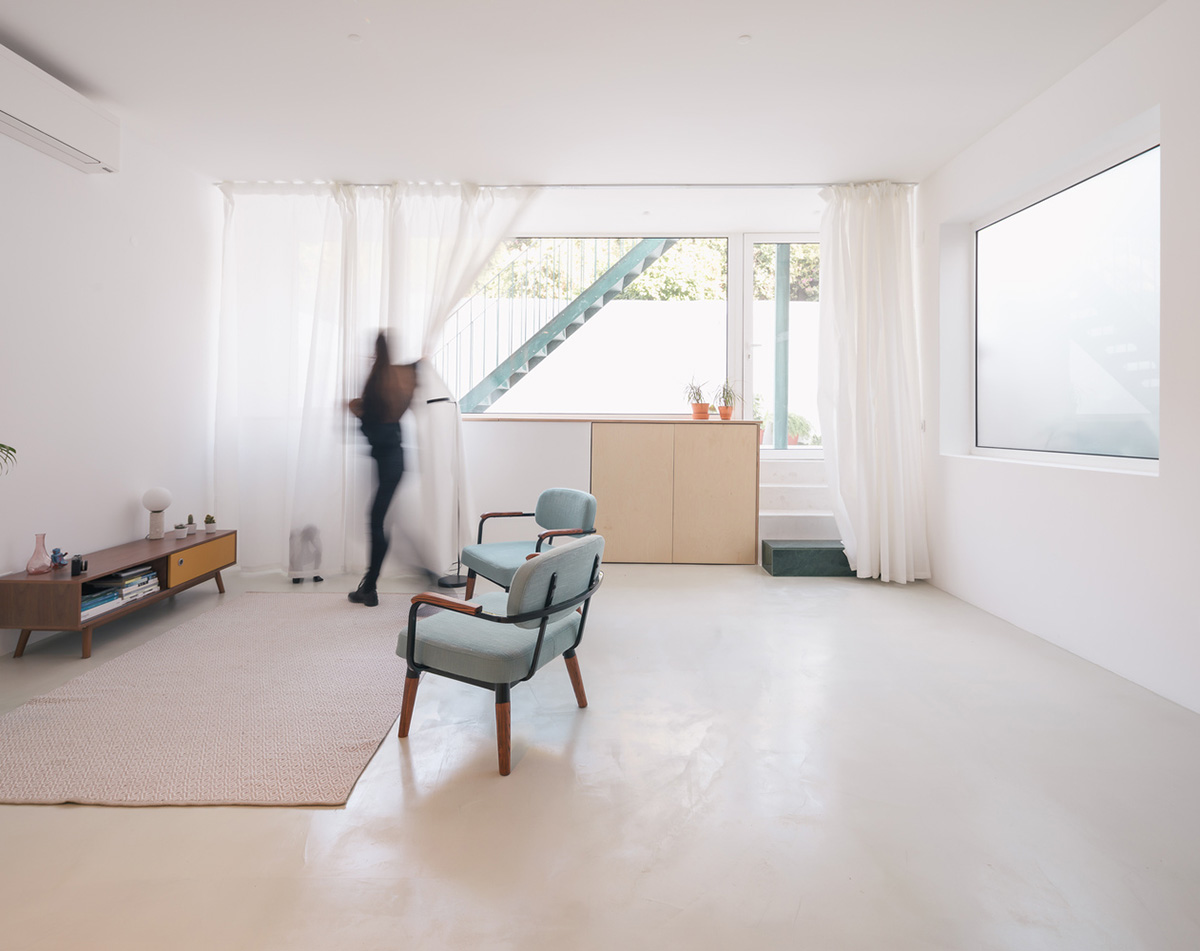 The project was designed to explore the entire apartment space in various ways, right from the bed position over a large trapdoor for storage and with integrated bedside tables. The nook nearby the kitchen offers not only a place to rest but also an interaction with the food preparation space.

The kitchen countertop extends to a table which can be used for meals or as a work-table. Next to the spans that divides the apartment and the patio there is a generous parapet that invites leisure and reading moments. 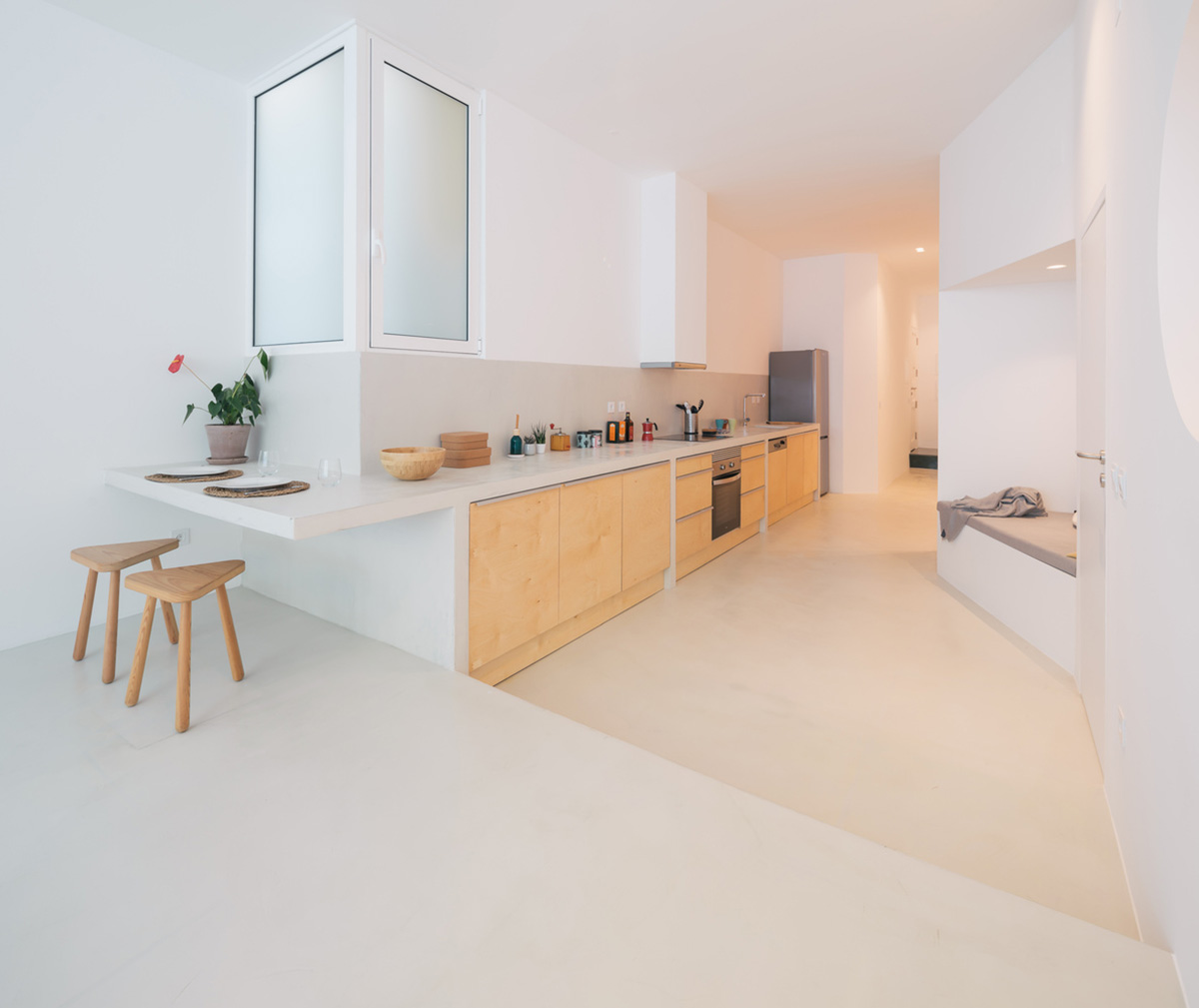 The patio receives the morning light that invades the great adjoining gaps. It has the same tone and flooring as the interior space in order to extend it and to intensify the interior and exterior spatial relationship. 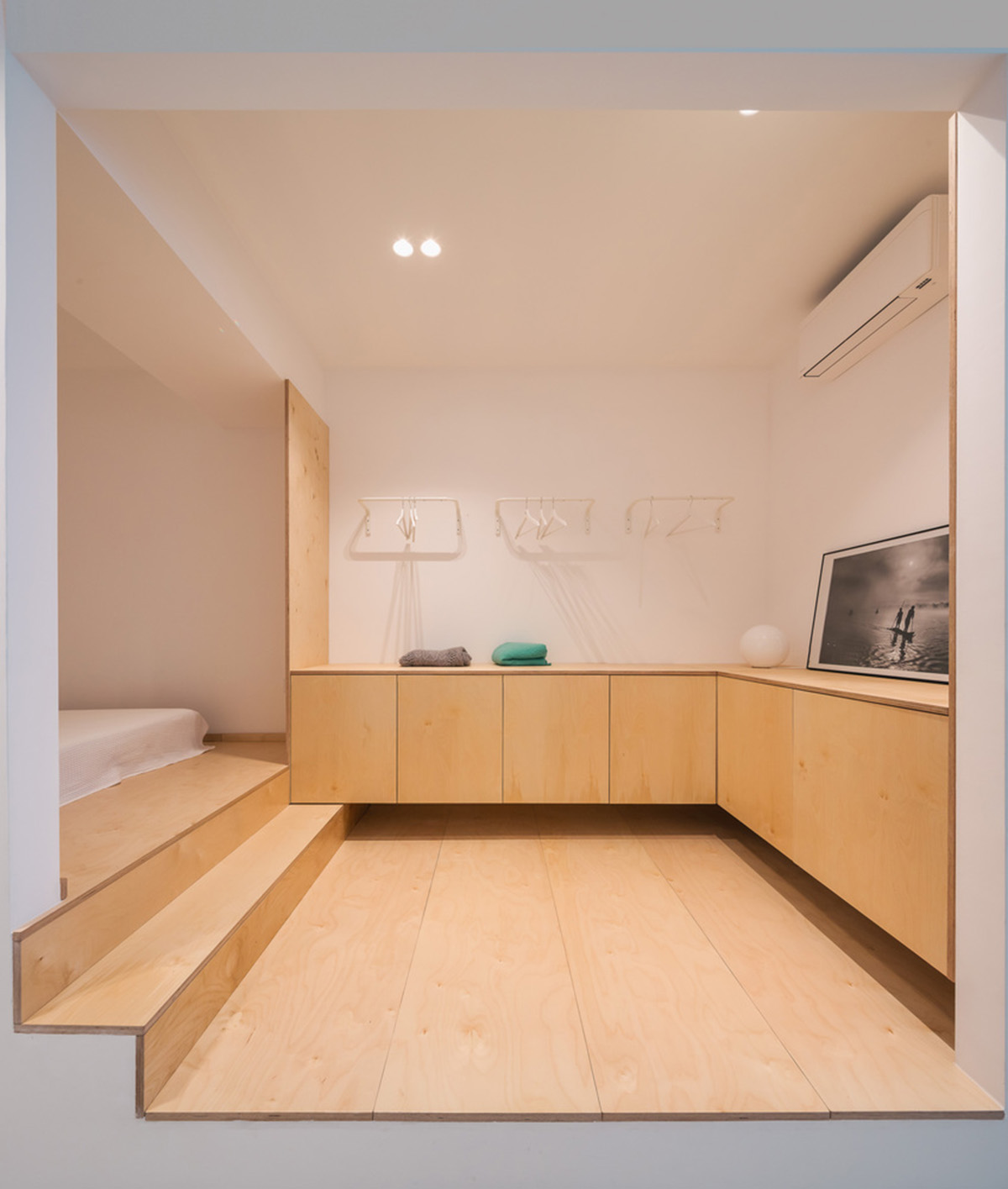 "Although the project is completely transformative, it sought to give contemporaneity to the apartment in a simple way and by using neutral yet sophisticated materials, combined with the new volume that extends to the patio, exploring and developing new ways of living the space. So, the present is built without a rupture with the past," explained the studio. 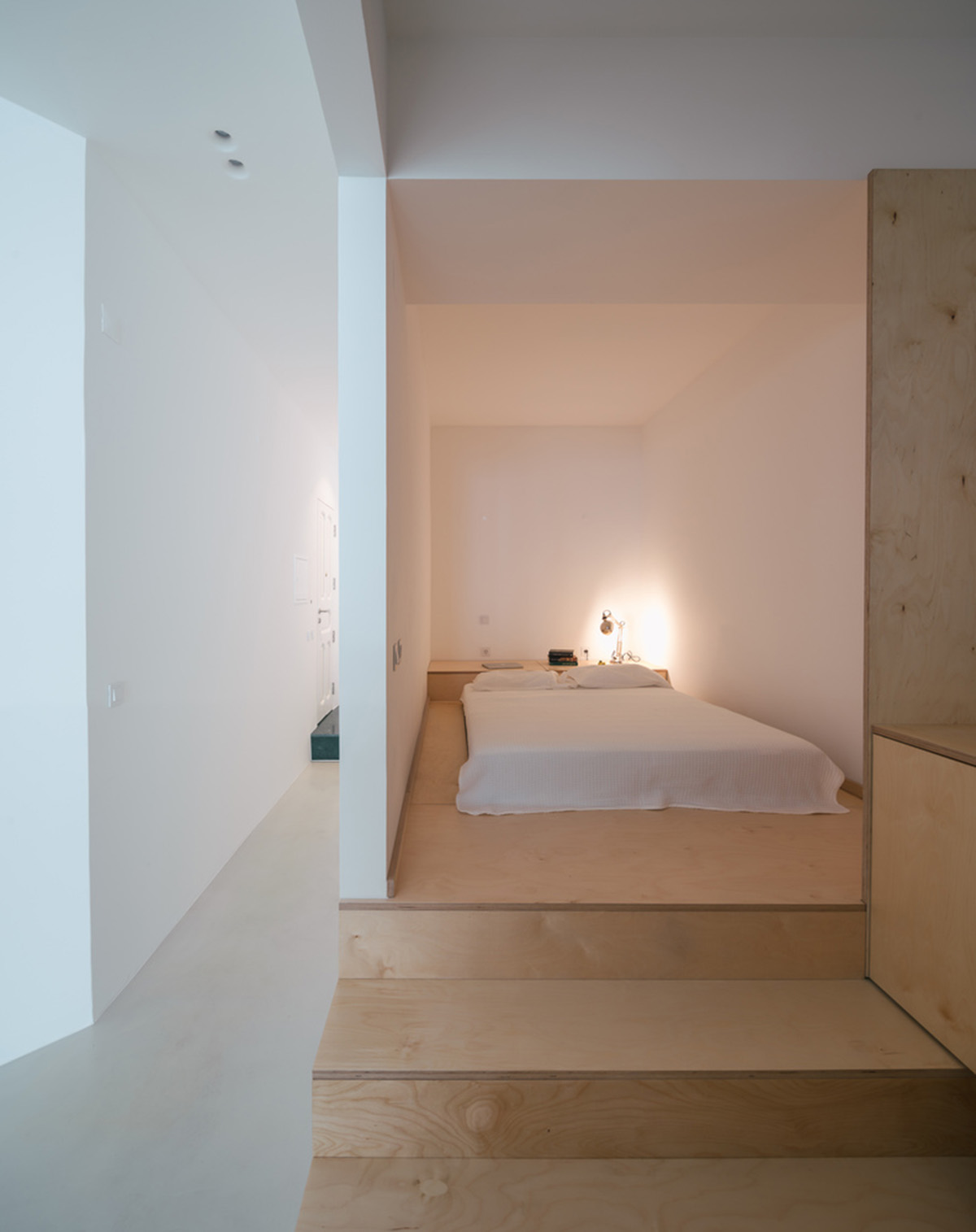 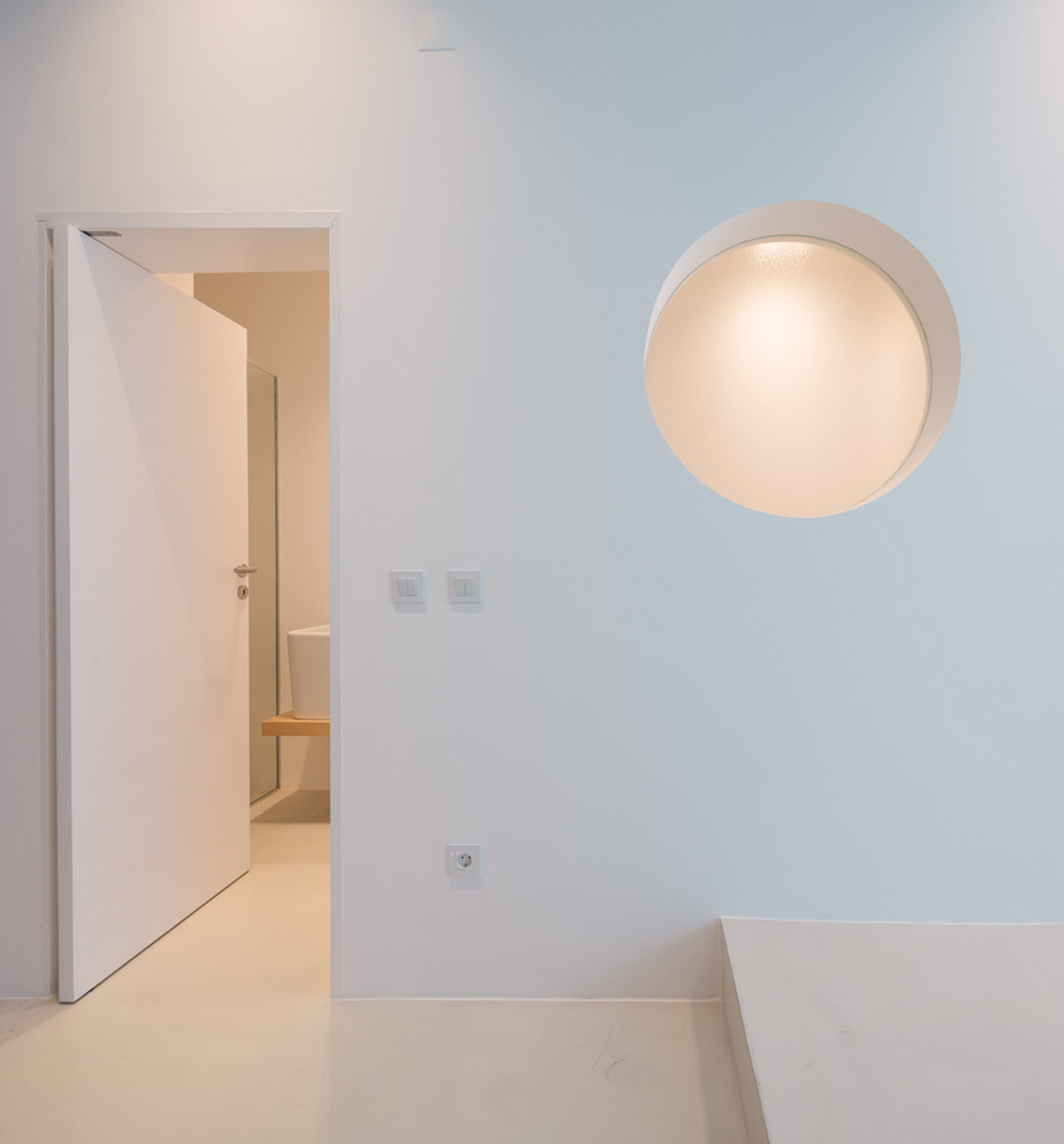 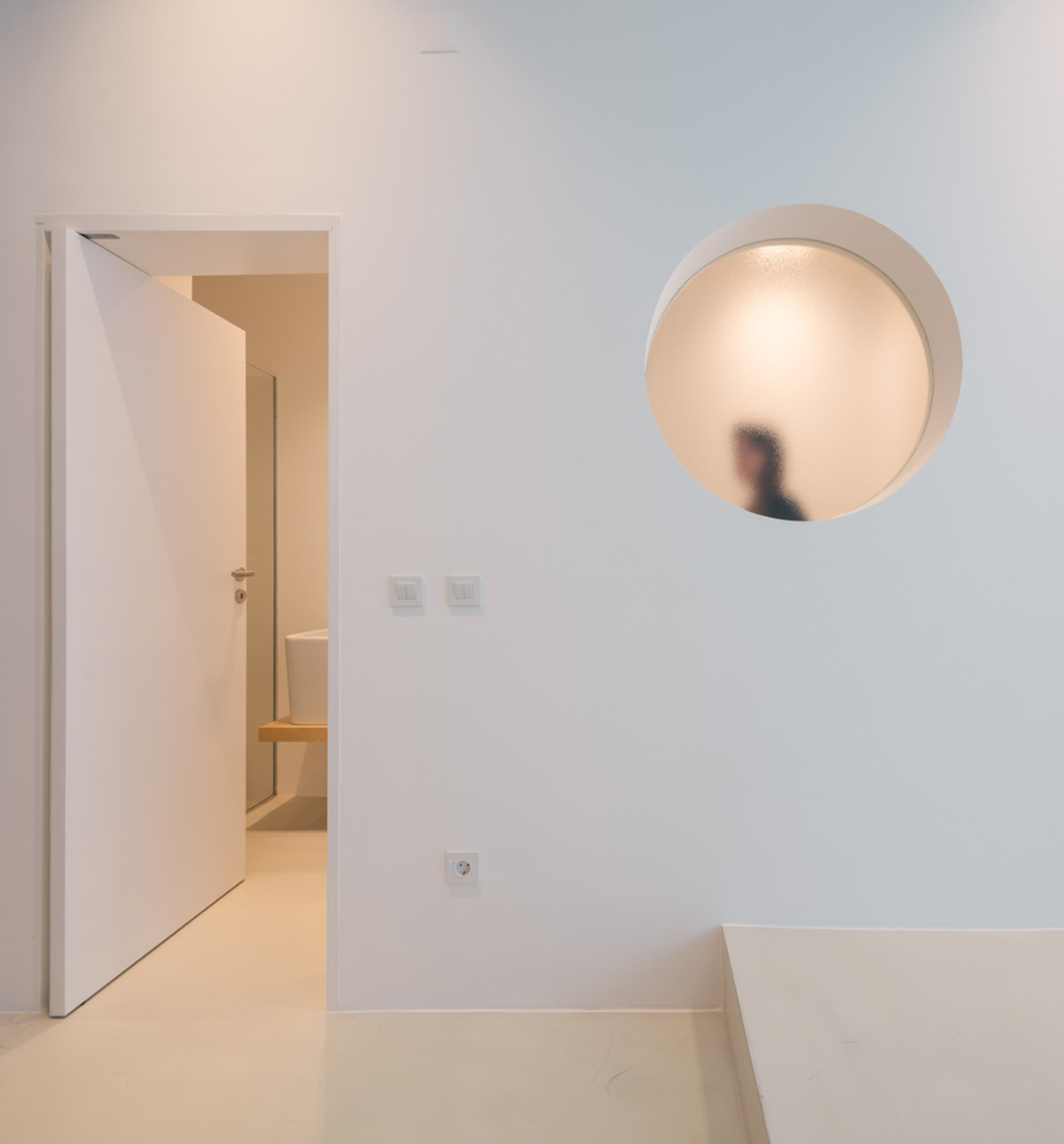 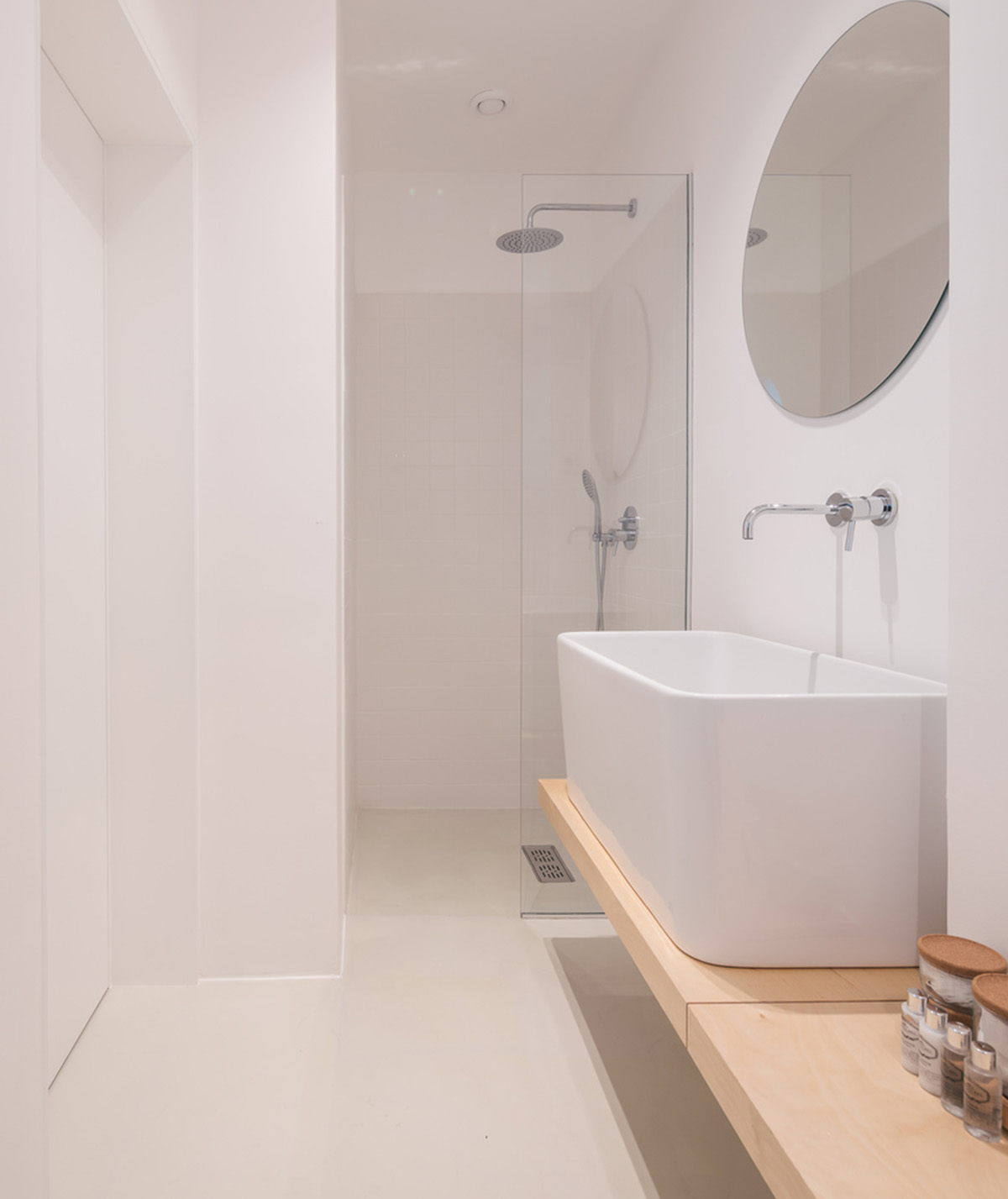 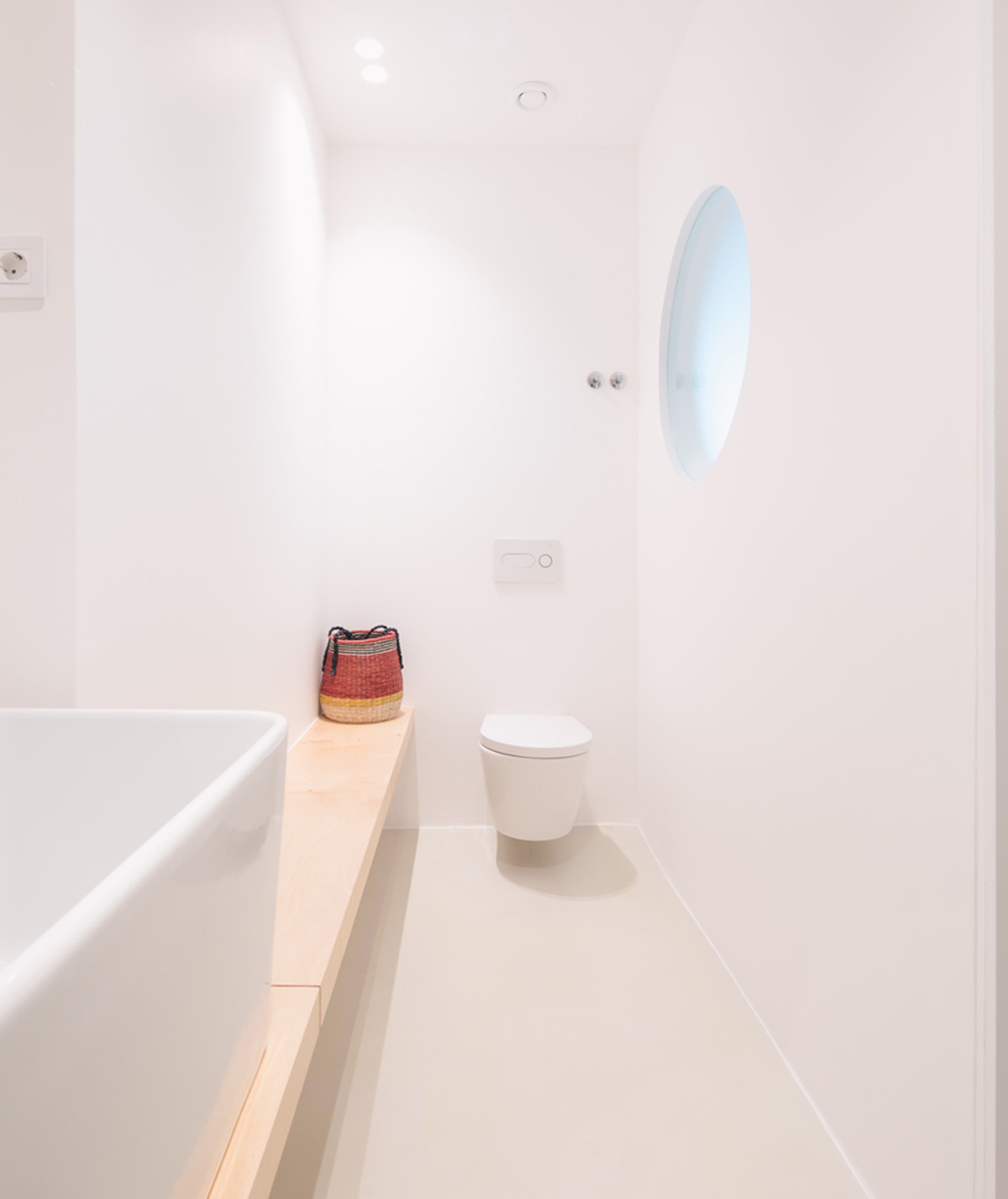 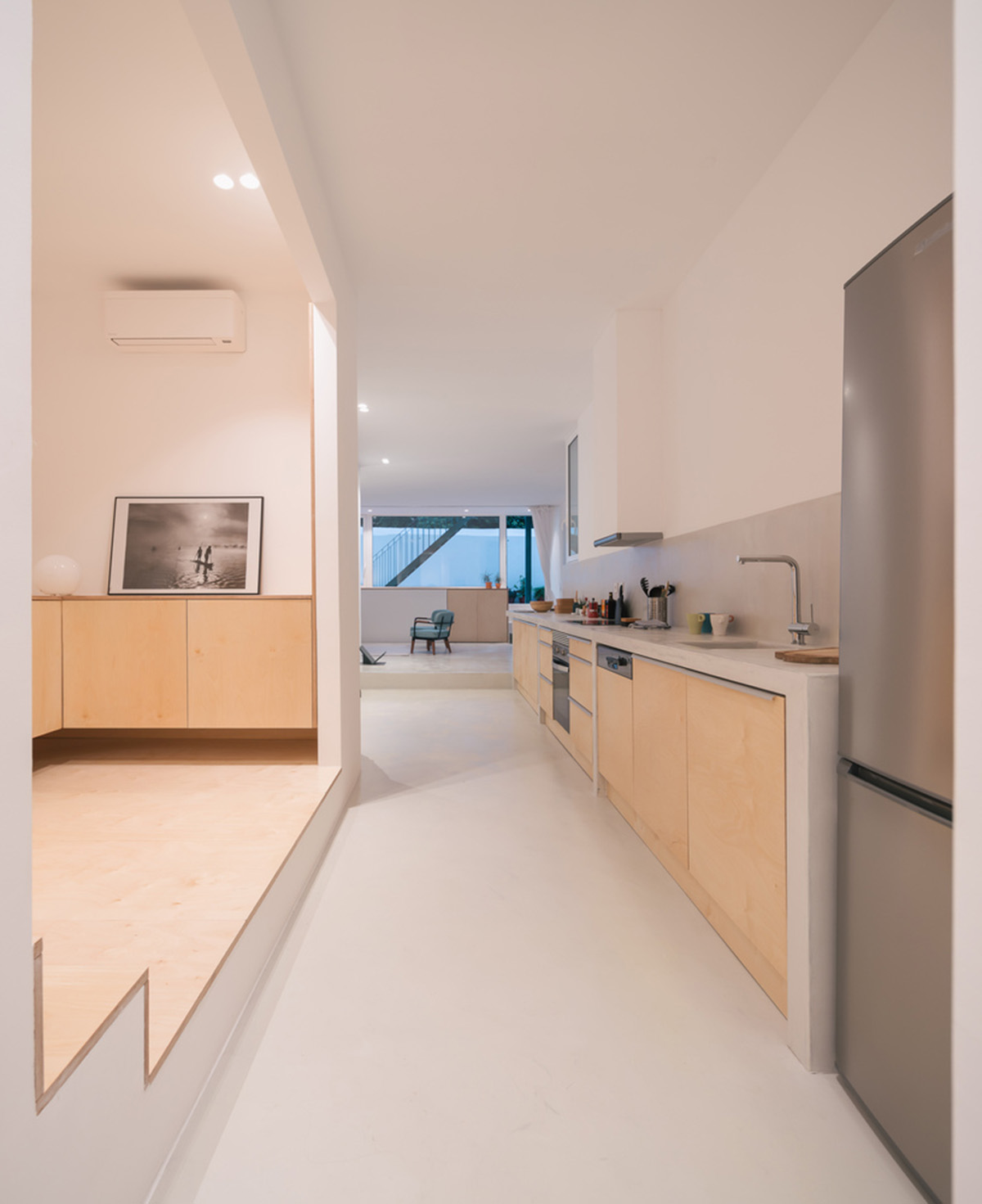 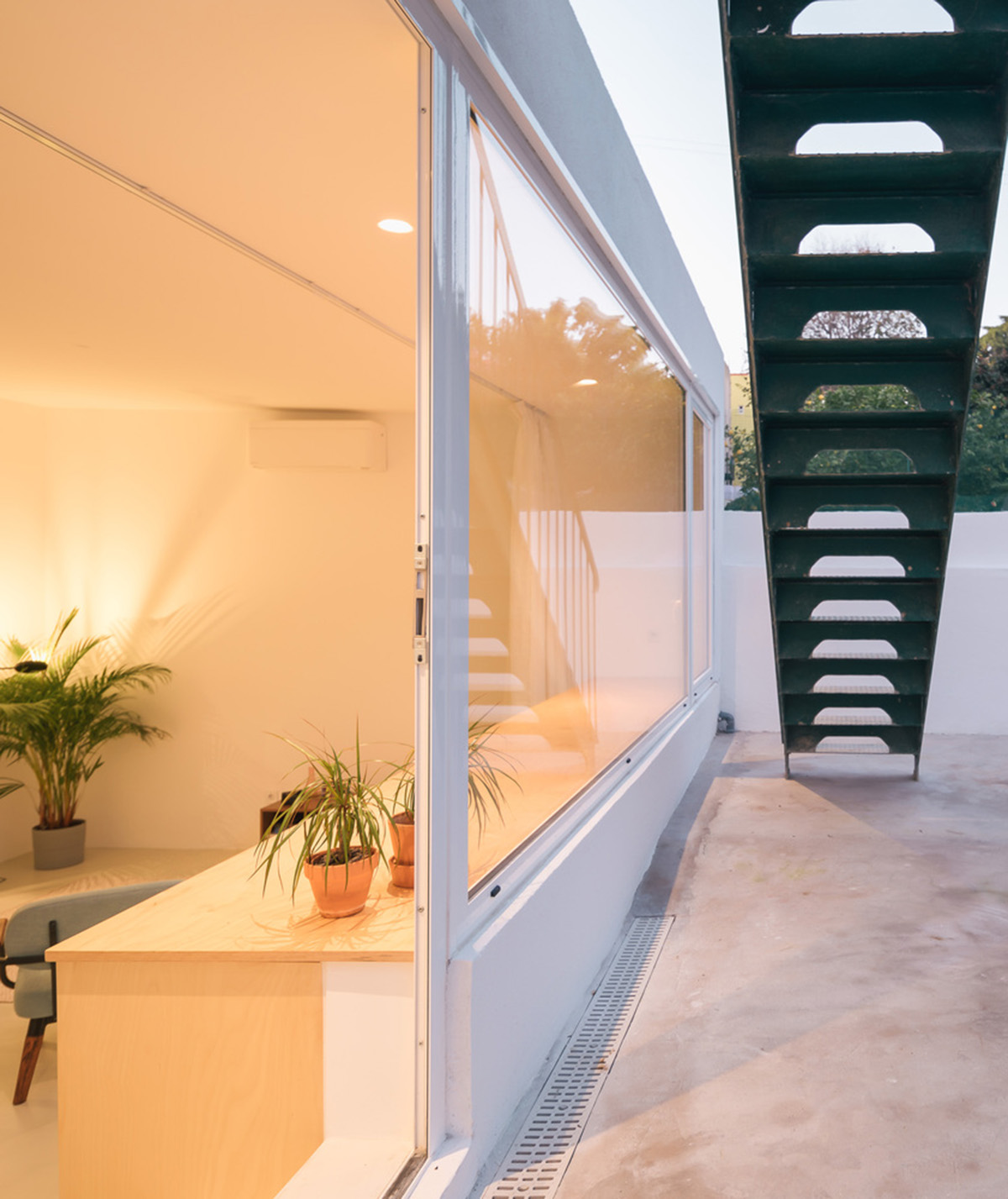 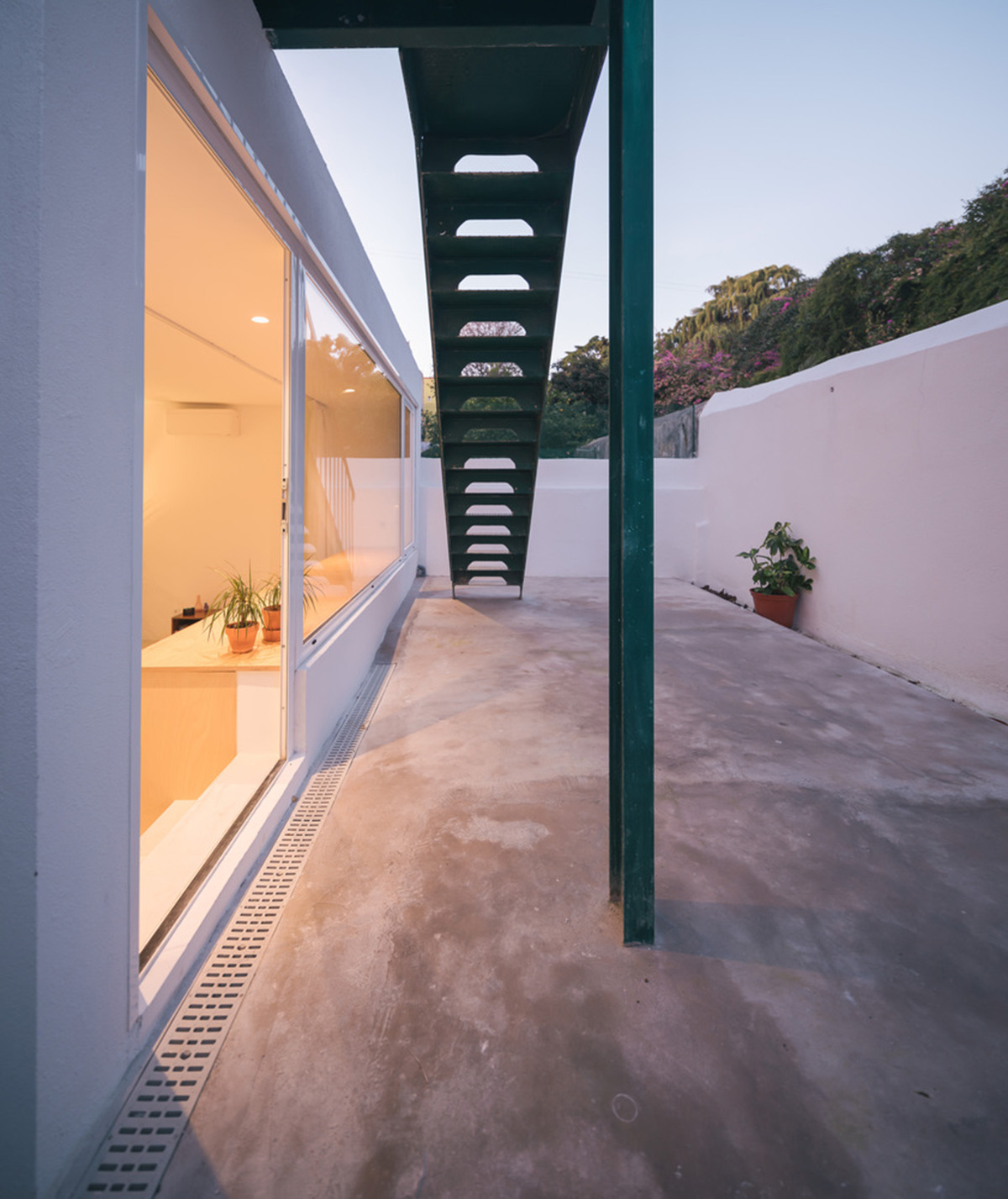 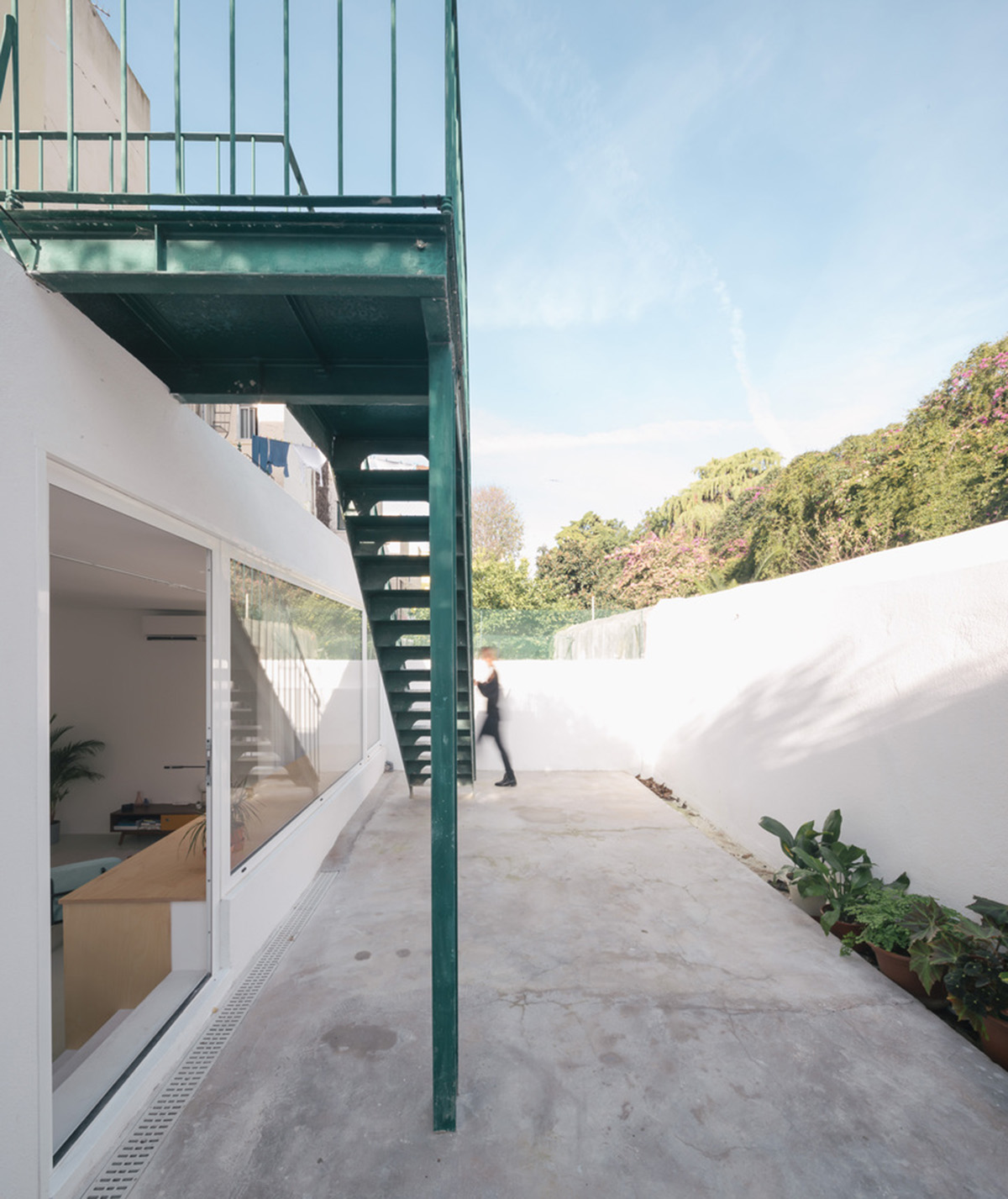 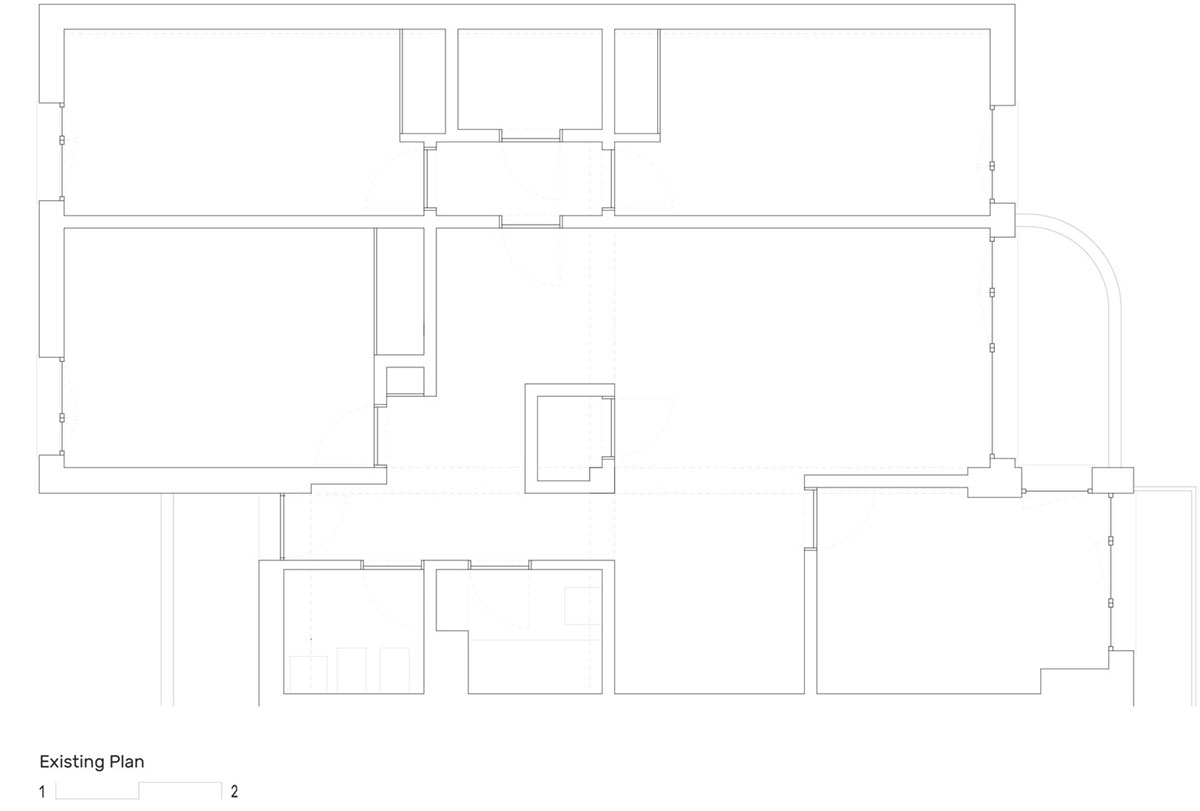 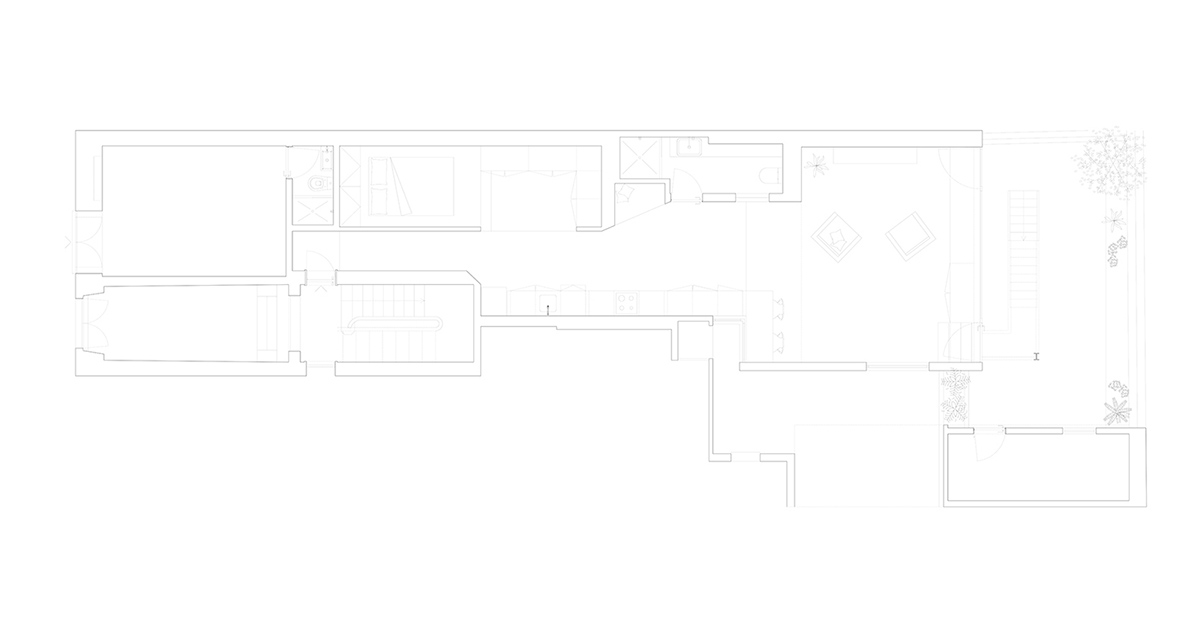 Verum Atelier was established in 2013 by Rui Jesus as a dynamic and multidisciplinary architecture studio. The studio produces projects in different scales and typologies.