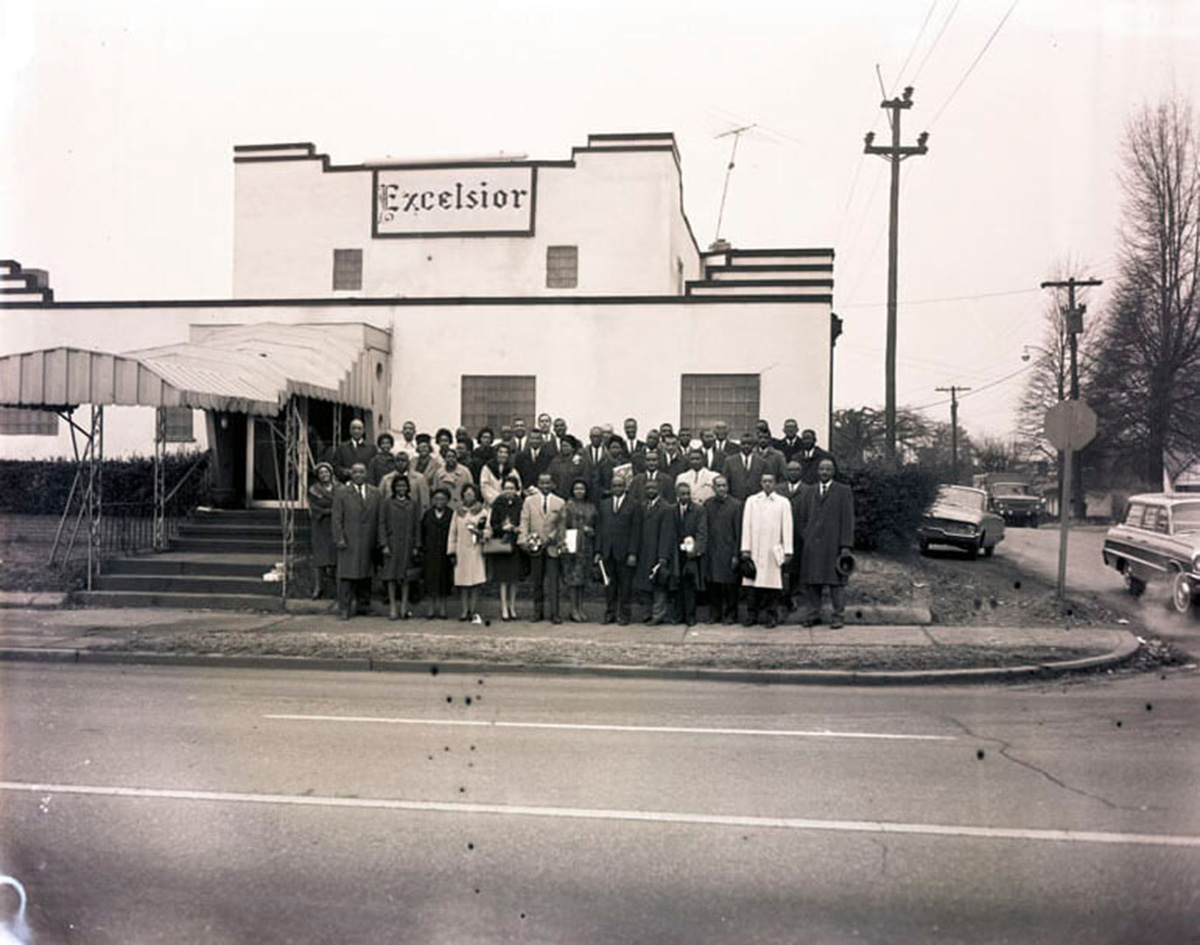 The new owners of the historic Excelsior Club today  announced they are seeking distinguished Black architects from around  the nation to participate in the redevelopment and revival of the Club, a longtime epicenter of African-American politics and culture in North Carolina.

The Excelsior Club opened in 1944 as a fashionable nightclub that attracted Black professionals and politicians from around Charlotte as members. It remained a mainstay of the community for decades, until its closure in 2016. By 2019, it had fallen  into such serious disrepair that the property was named one of the nation’s 11 most endangered historic places by the National Trust for Historic Preservation.

To ensure it will serve future generations, Kenwood Investments purchased the Club property in January. The Sonoma, Calif., developer intends to restore the Club to its  historic place in Charlotte and, over the next two months, will build  what CEO Darius Anderson called a “dream team” of Black architects to  develop concepts for the remodeling of the existing Excelsior Club  facilities. That will include the design of a boutique hotel to be  constructed on the property. Kenwood also is seeking equally creative  Black interior designers for the project.

This dream team  will work in consultation with accomplished Charlotte architect Darrell J. Williams, founding partner and the owner of Neighboring Concepts,  one of the largest African-American owned architectural firms in the Southeast.

Anderson noted that, while the nation’s  attention is focused on the removal of racist monuments, we must not  lose sight of the truly important Black cultural and historic sites that are being lost forever through neglect, decay or destruction.

"We must do more than preserve and protect them: We need to restore them to  their places of prominence,” said Anderson, who has served on the board  of the Jackie Robinson Foundation for 16 years. “That’s what we intend  to do with the Excelsior Club.”

Interested architects and  designers will be able to apply for consideration over the next several  weeks. They will be selected based on how their professional  backgrounds are suited to this kind of preservation work; their vision  for preserving history; how they would complement the local Neighboring Concepts team; and how their concept for the new hotel would complement the historic building.

The Excelsior Club was established by James Robert (Jimmie) McKee, who oversaw a major remodeling and expansion of the facility in 1952. That  created the Club’s famous streamlined Art Deco exterior, along the addition of ballrooms that could accommodate 300 people. In its heyday  the Club was listed in the famous “Green Book” for African-American  motorists, and hosted internationally famous musicians including Louis  Armstrong, James Brown, and Nat “King” Cole. President Bill Clinton made  the Club a campaign stop during his presidential run in 1992.

After  it closed in 2016, a demolition permit was issued for the building,  which Anderson said would have been a “tragic” fate when so much iconic  Black history has already been lost.

"Jimmie McKee was  early visionary in protecting and providing equal opportunities for  African Americans,” Anderson said. “For more than 70 years, it was the  place to be for Black professionals, artists, and politicians thinking  about running of office. I fell in love with its amazing history and  look forward to restoring this for the people of Charlotte and our nation.”

At Kenwood  Investments, LLC, extraordinary projects are our passion. Kenwood was founded by Darius Anderson in 2000. The company's investment focus for more than 15 years has been on real estate development, land entitlement, media, tourism and hospitality projects. Kenwood  Investments has a track record of developing extraordinary projects that  greatly enhance the communities in which its projects are built or  operated, and has specialized during its tenure in projects facing  complex hurdles of public policy, land entitlement and pre-venture  capital funding. Based in Sonoma, California, Kenwood Investments  consists of a team of highly talented individuals who have worked with  Darius Anderson for years.