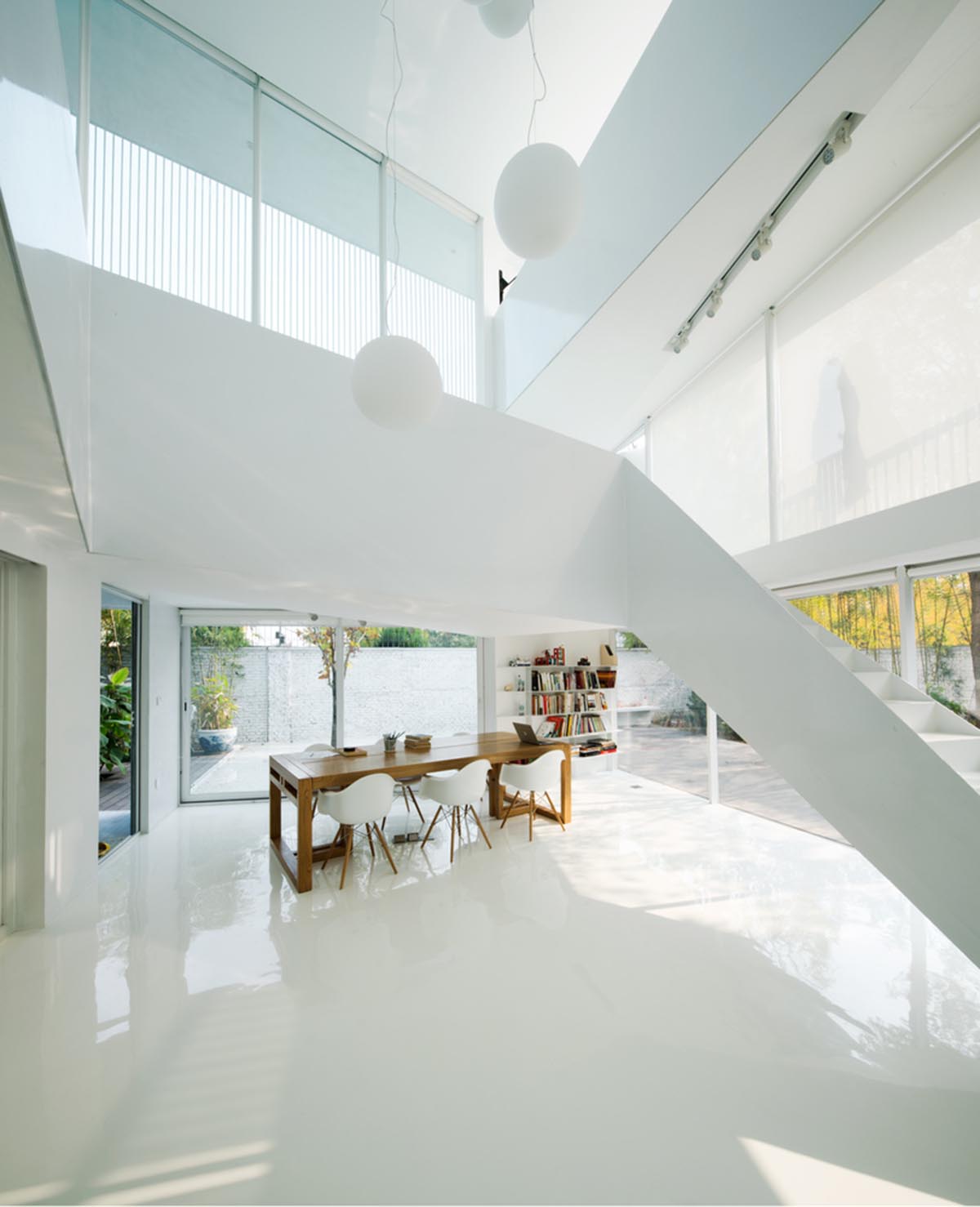 Beijing-based architecture practice reMIX Studio has used a continuous circulation to combine different levels and programs of this extension in Shunyi, Beijing, China.

Called Shunyi House, the 120-square-residence was designed as an extension of a villa of two screenwriter and their children located in Shunyi, Beijing.

The new, all-white volume aimed to integrate new programs into the new expansion, such as a double-height studio, a roof terrace, a kitchen garden, a projection room, and the transformation of the existing garden, which were explained in the client’s requirements. 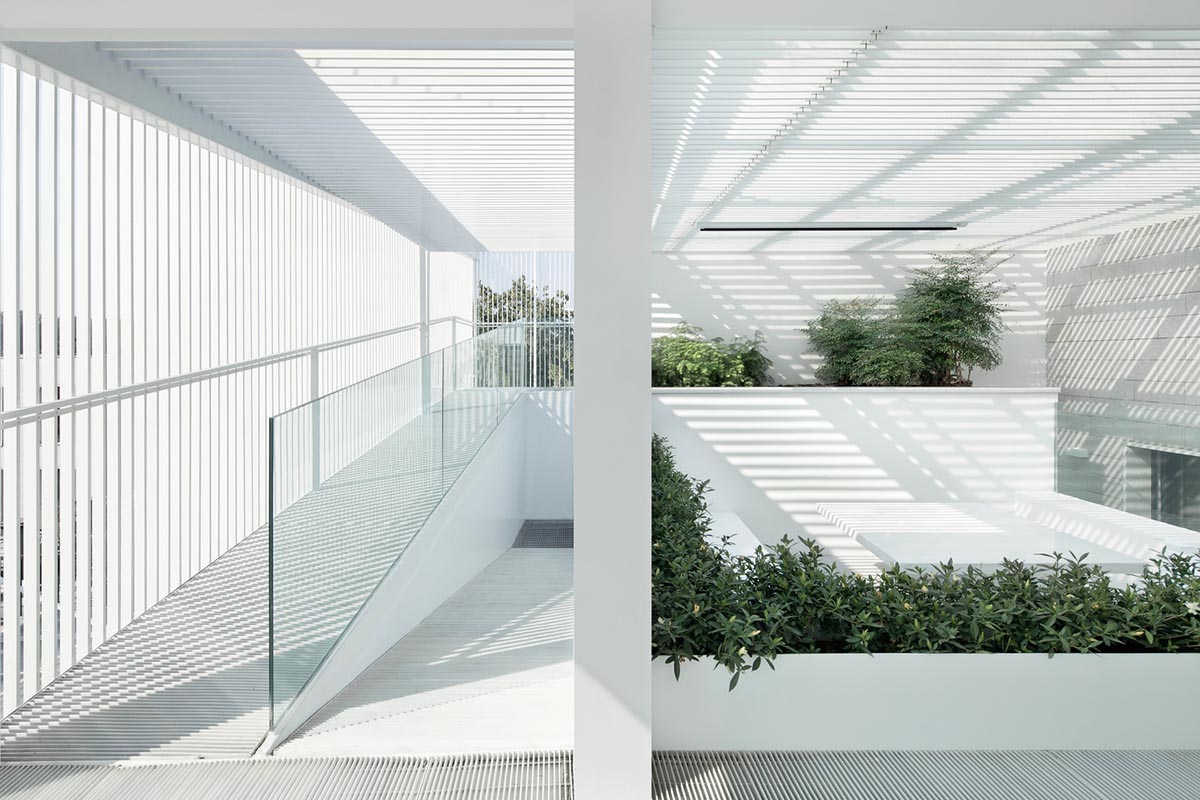 Designed as a unitary module, the residence is internally composed of diverse levels of interconnection that operates as a montage, a juxtaposition and a progression of diverse spatial scales and characters. 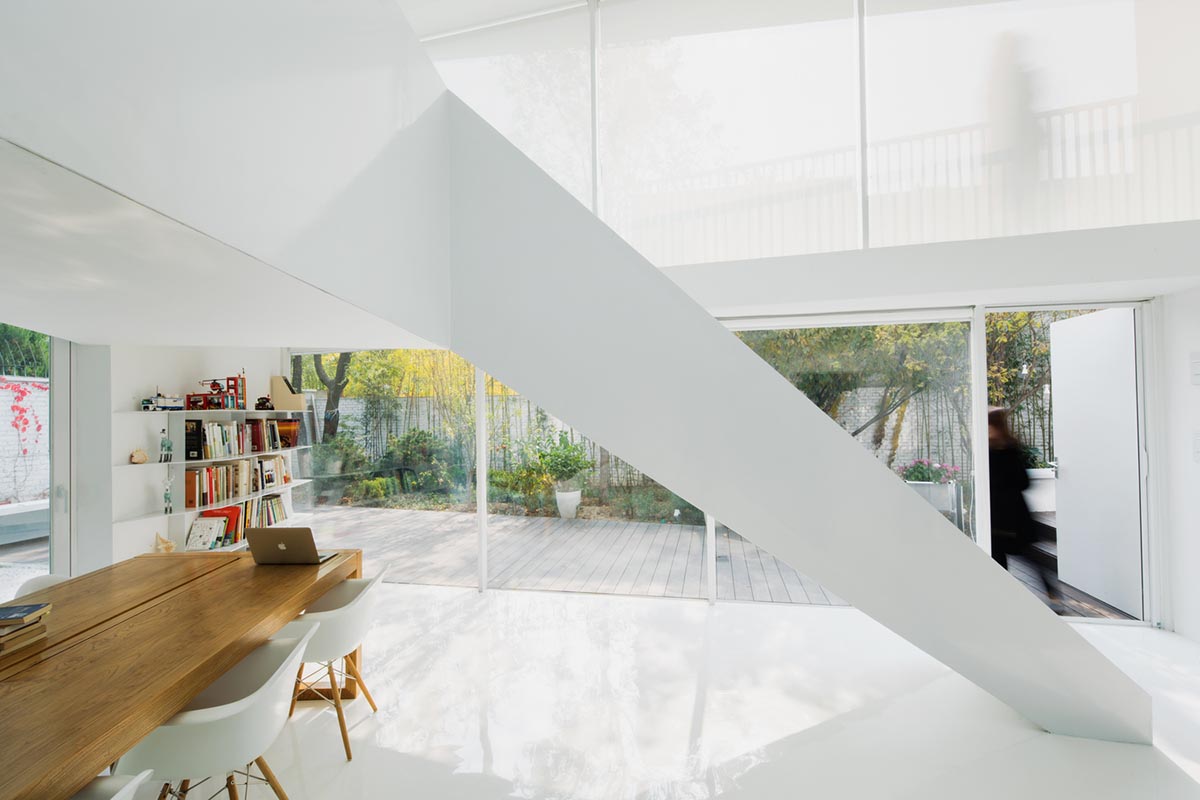 "The space is rendered a unitary scene through the use of an intentionally reduced palette of materials."

"The material catalog is in fact condensed and composed just by a light metal structure, filtering aluminum louvers controlling shadows, transparencies and determining levels of privacy and finally a metal grid that works in combination with a resined white floor and a bamboo deck." 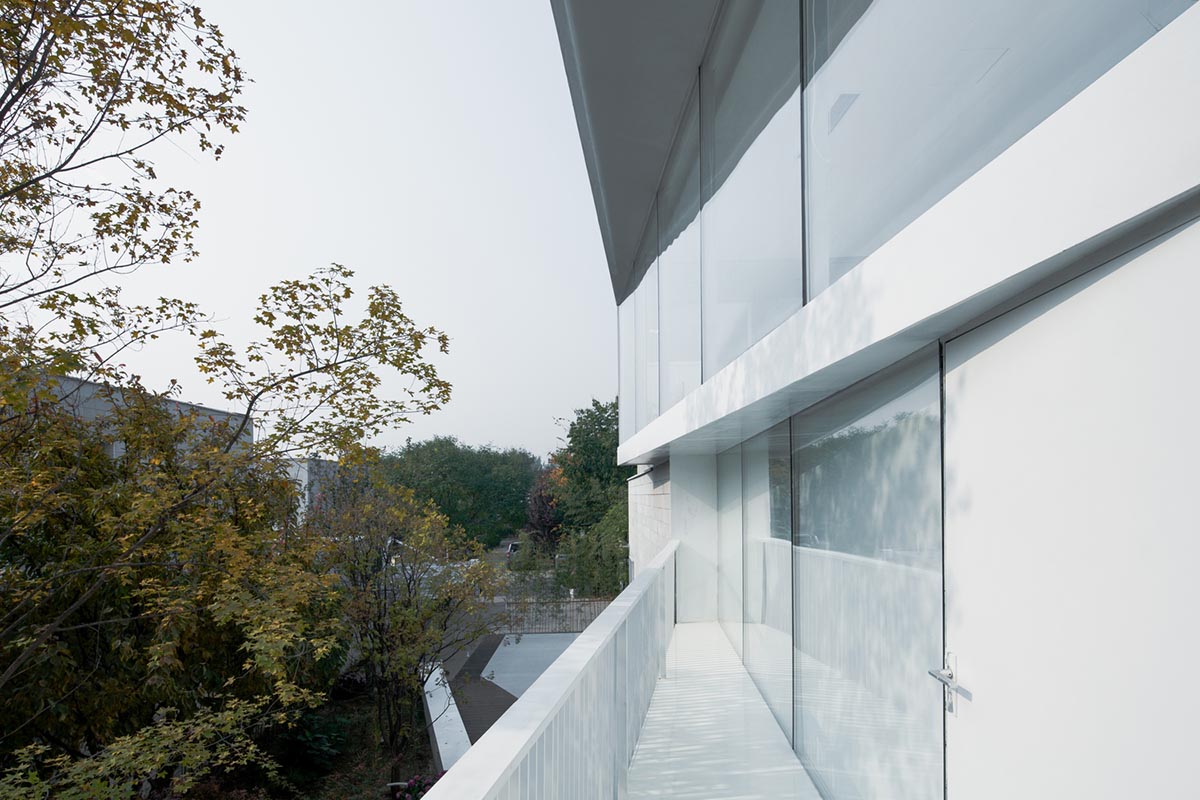 The overall volume presents a uniform character of the intervention which is in fact a narrative of continuously changing effects when explored and examined.

From the garden to the top the gradual transformation of intensities - the modulation of lights, materials and colors- organizes a multiplicity of effect. 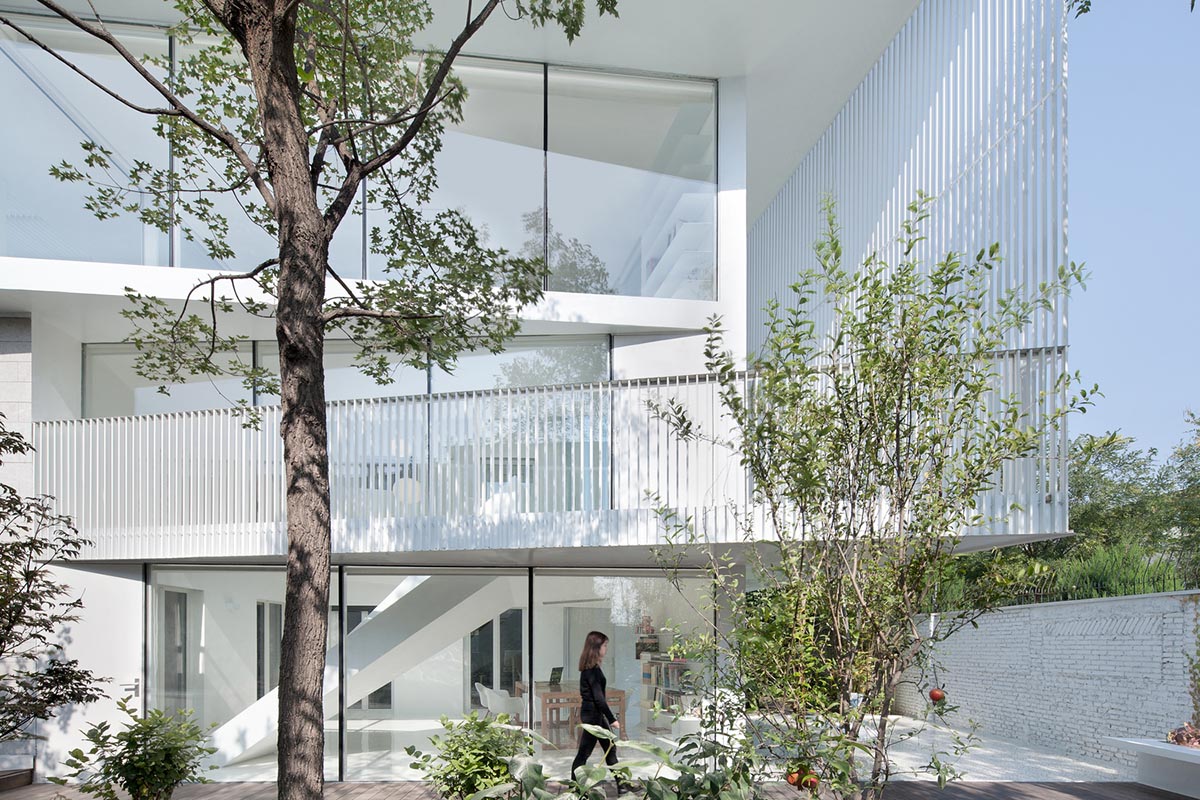 Albeit reduced in type and fitting within an imposing diagrammatic organization the  series of spaces manage to transform in a passive but calculated repository of effects that exalts and receives the heterogeneous changing conditions of light and temperature throughout the day and the seasons.

The occupants’ body is the living actor playing on a white stage of instantly mutating effects whilst the new volume with its newly defined connections become the bodily extension of the family-life, accommodating needs and forcing unexpected spatial relations to happen between the existing rooms and the new spaces. 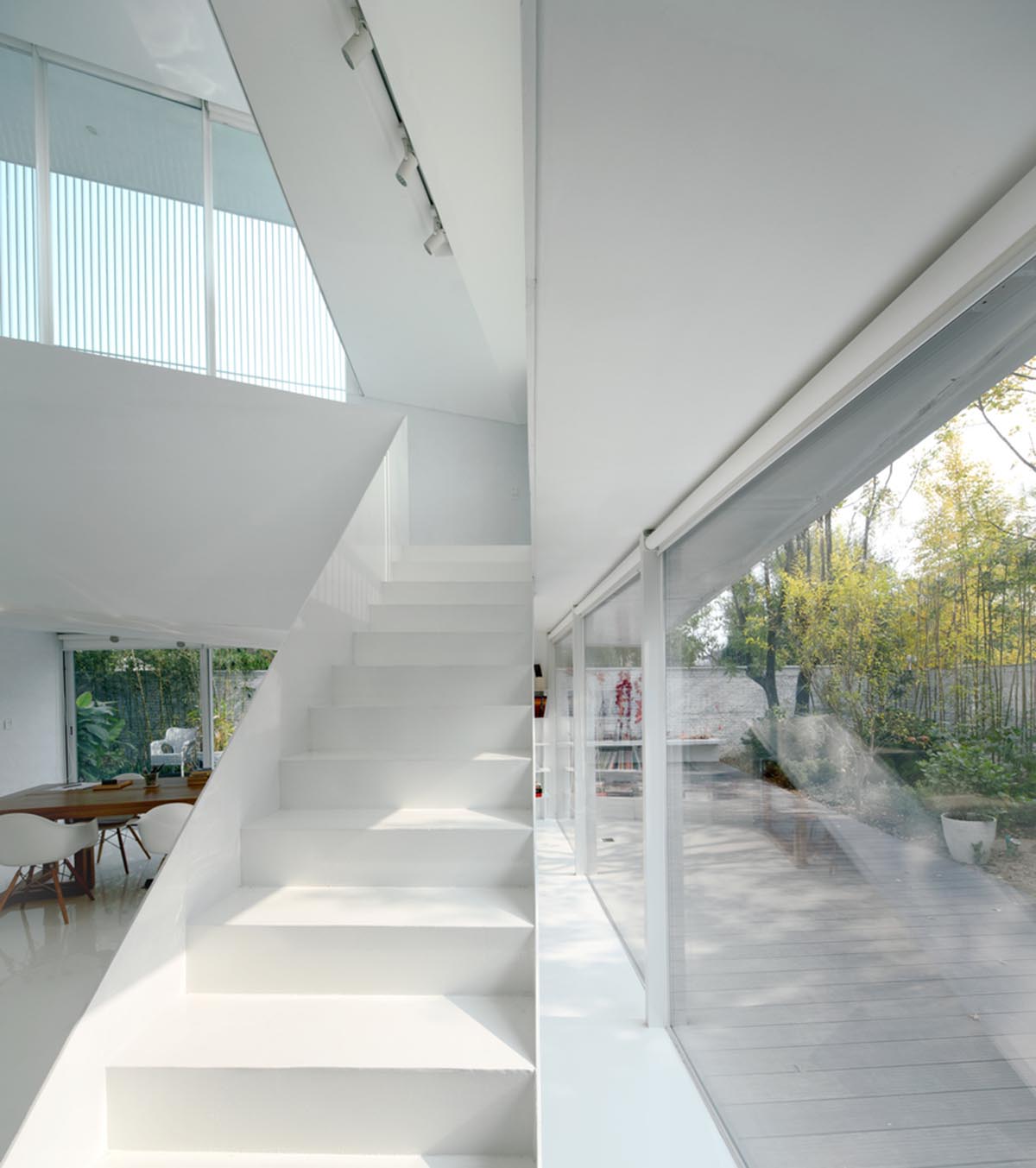 A series of mezzanines, balconies and roof terraces at various levels are linked by a continuous circulation, a bend of internal stairs and external ramps, interweaving in and around a glazed volume.

The original structure, composed of two white boxes is then transformed into a dynamic system of interlaced and floating platforms that overlooking each other and opening in a sequence emphasizes the internal programmatic interdependencies. 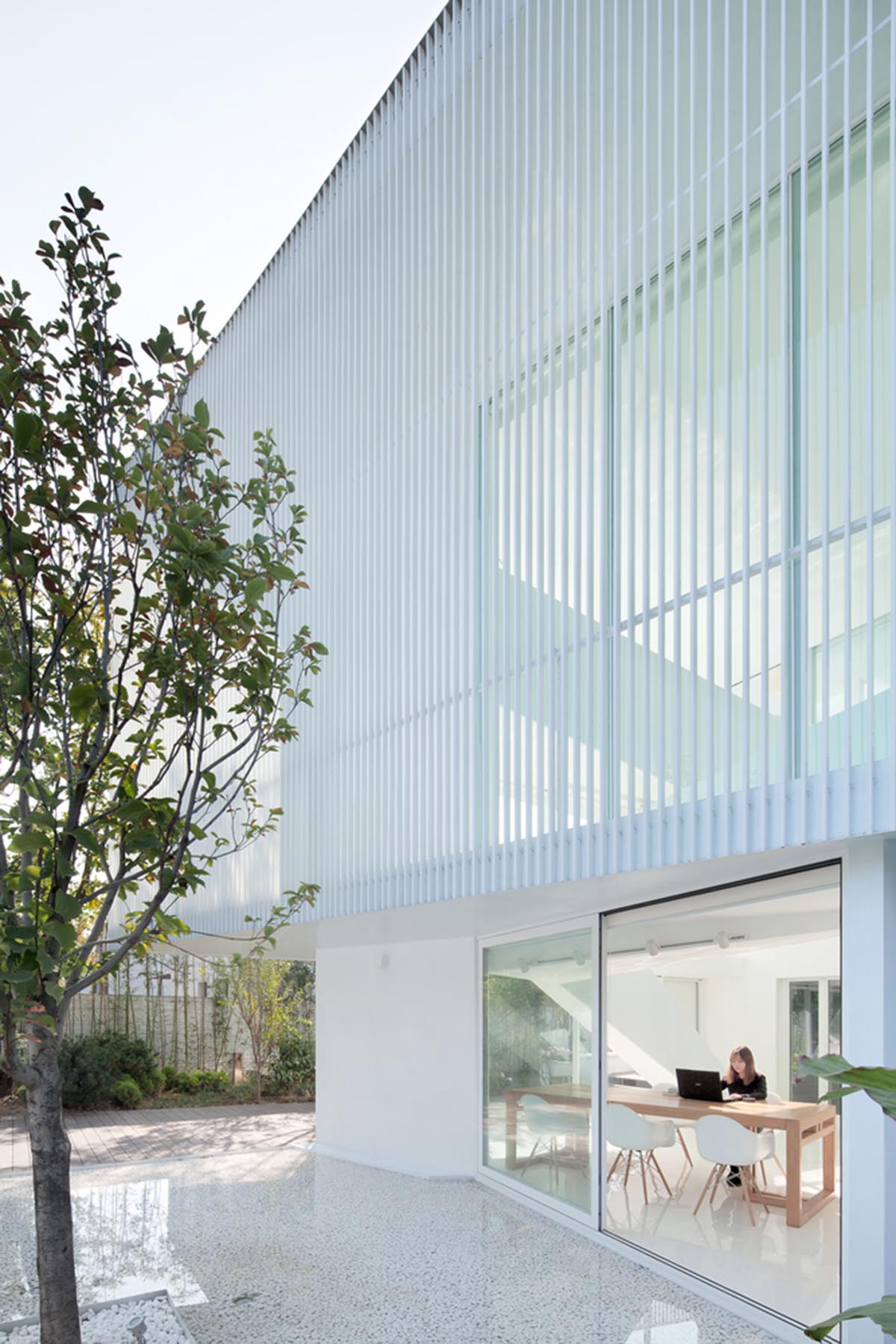 The existing roof decks that were originally idle due to poor accessibility are then activated becoming an integral part of the interior, a natural continuation at higher levels of the garden. The programmatic segregation of the house existing spaces is replaced by a more ambiguous spatial mix of activities with the new double-height volume hosting a varied activities such as reading, writing, debating, projecting to happen both autonomously and at unison on different levels.

The garden is also reconfigured to become an integrated part of the scheme, interacting with the new massing to create a coherent spatial experience. 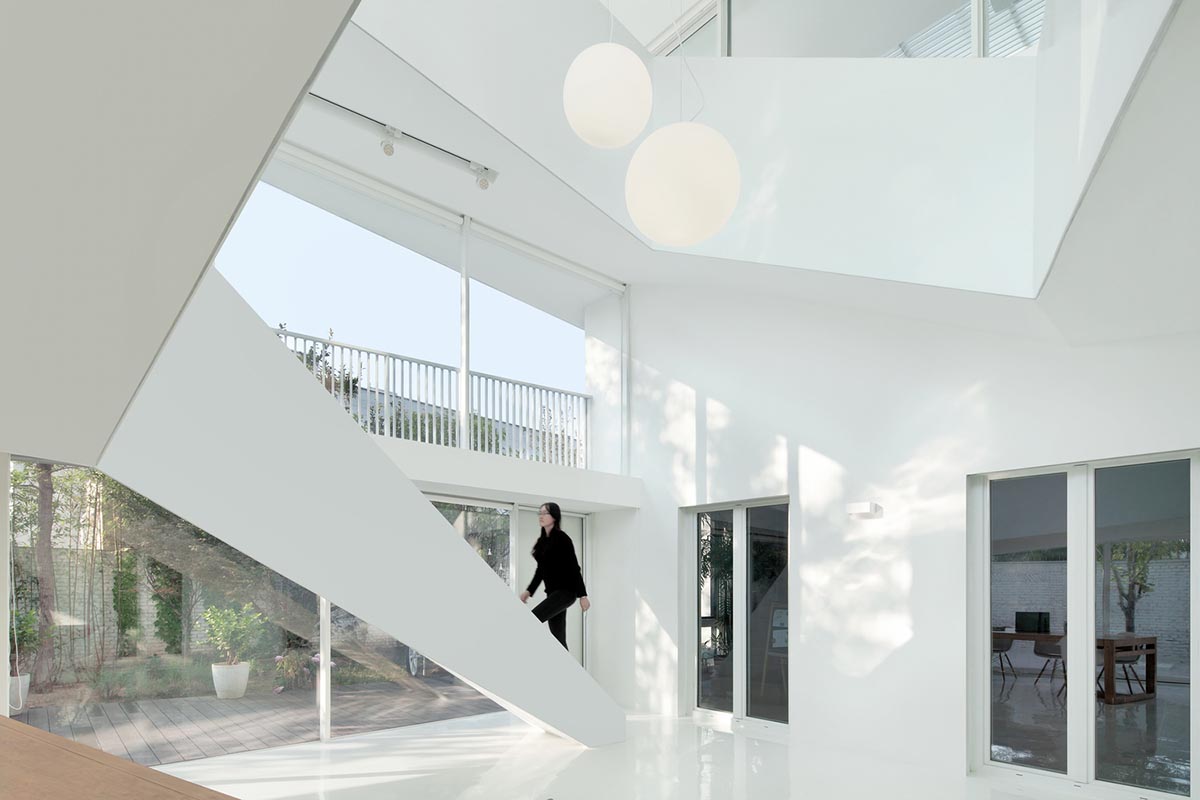 The planting strategy responds to the need of privacy typical of dense housing developments: bamboo, ivy and high herbals introduce semi-transparent screens that filter the views. At the same time the vegetation is organized into various layers that maximize the depth of the garden. 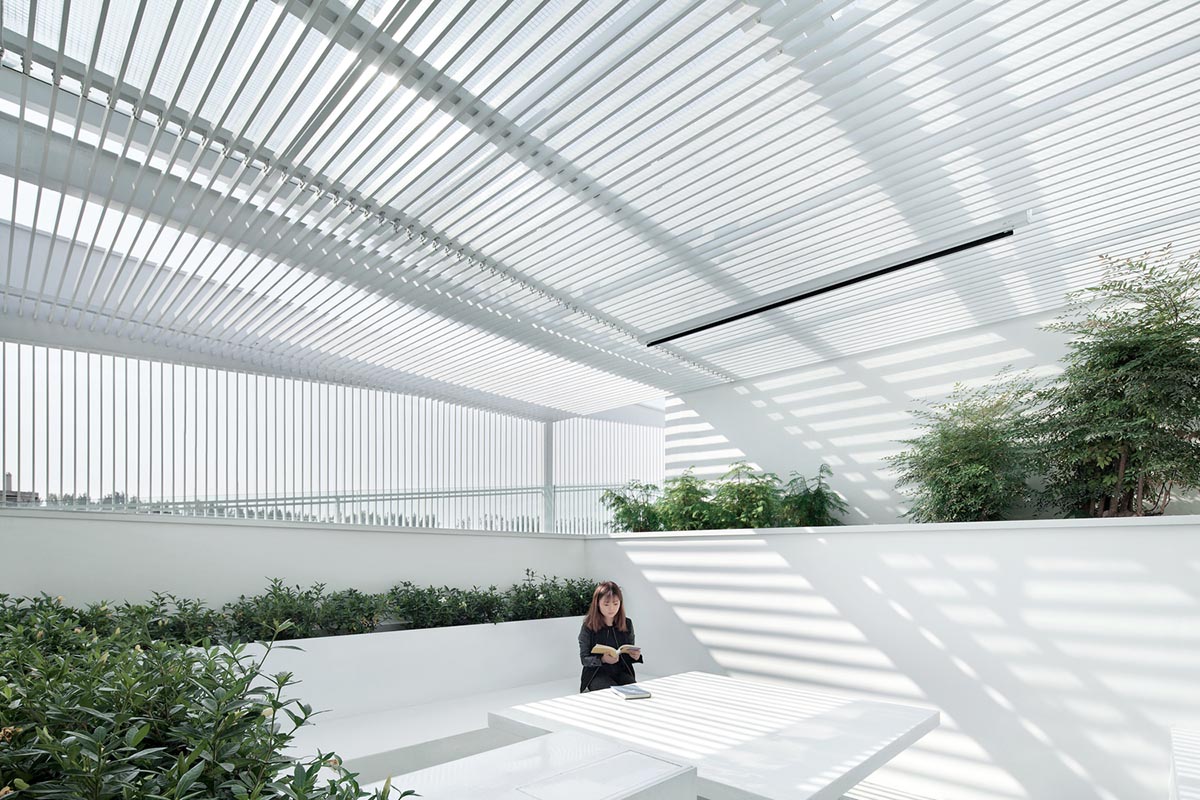 The reflection pool on the east side of the new volume blends the architecture and its landscape through rich effects of reflection and refraction on the water. Diverse autochthonous plant-communities create a rich mix of natural textures, whilst requiring minimal maintenance. 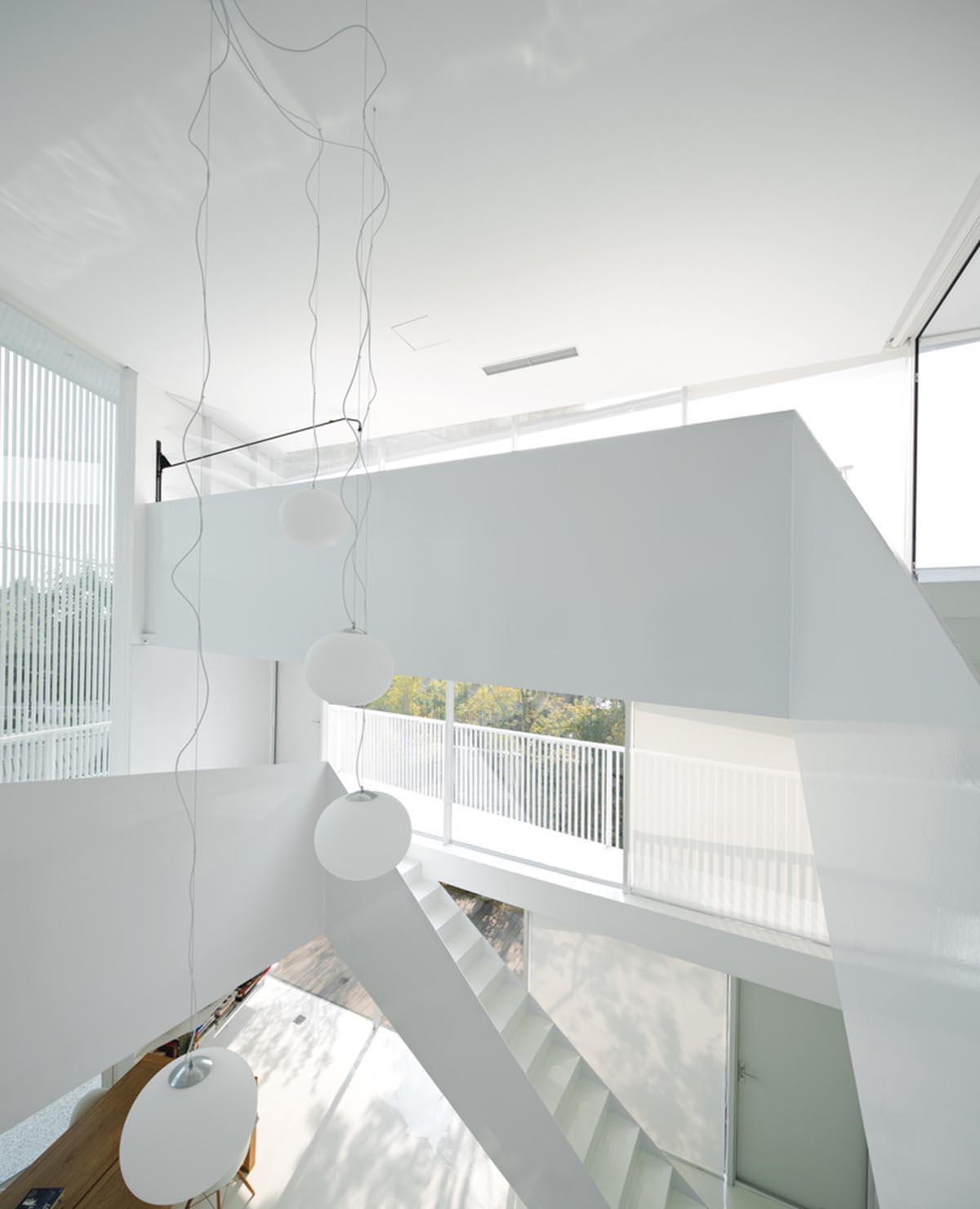 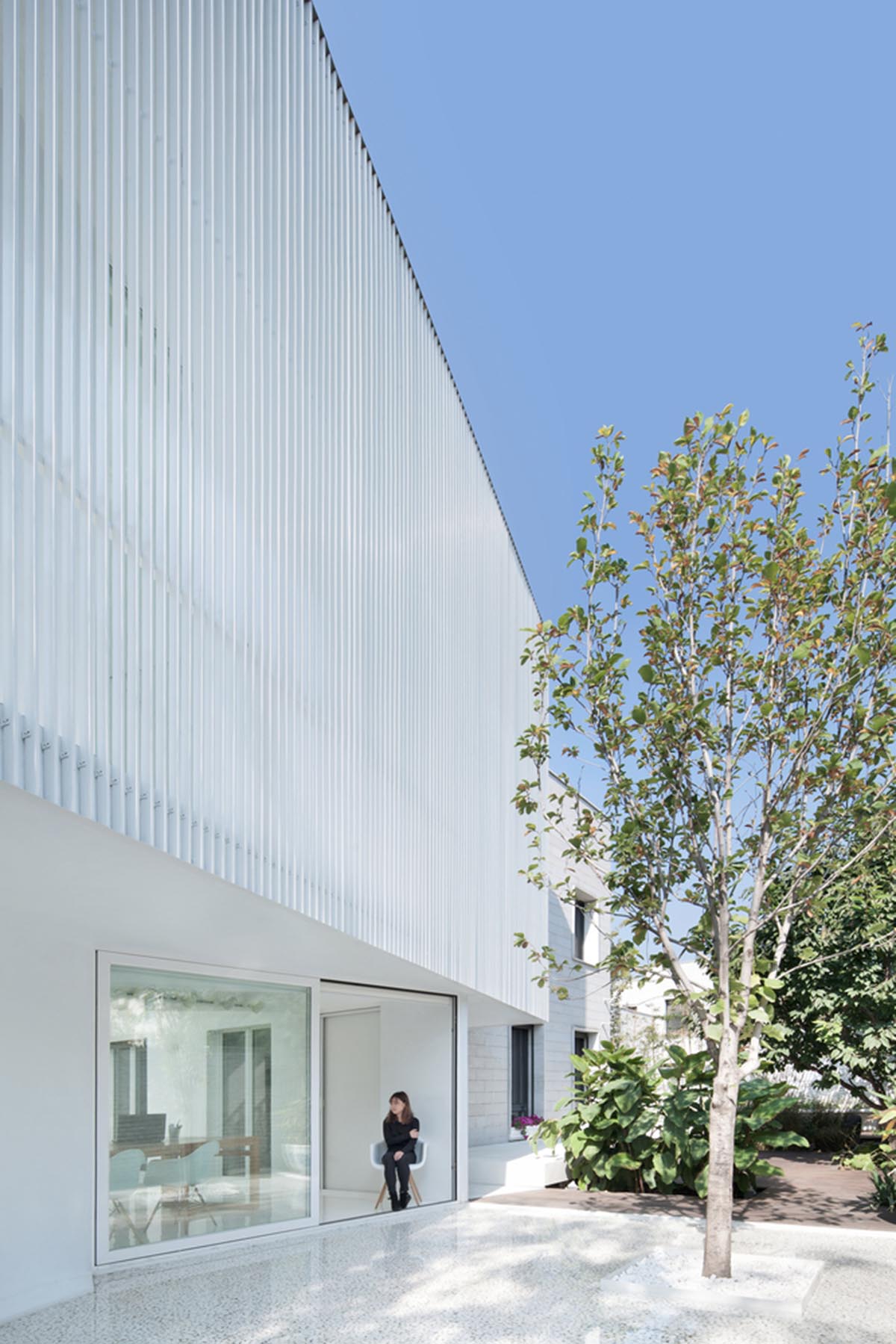 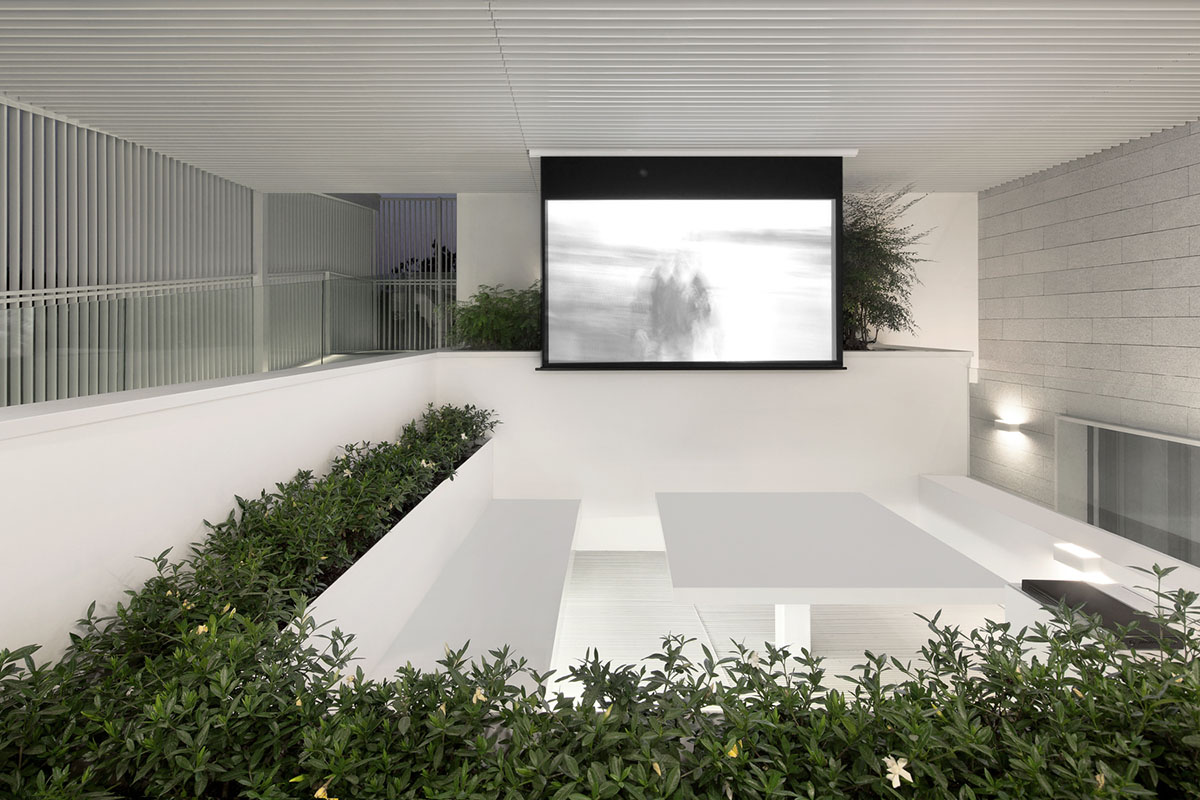 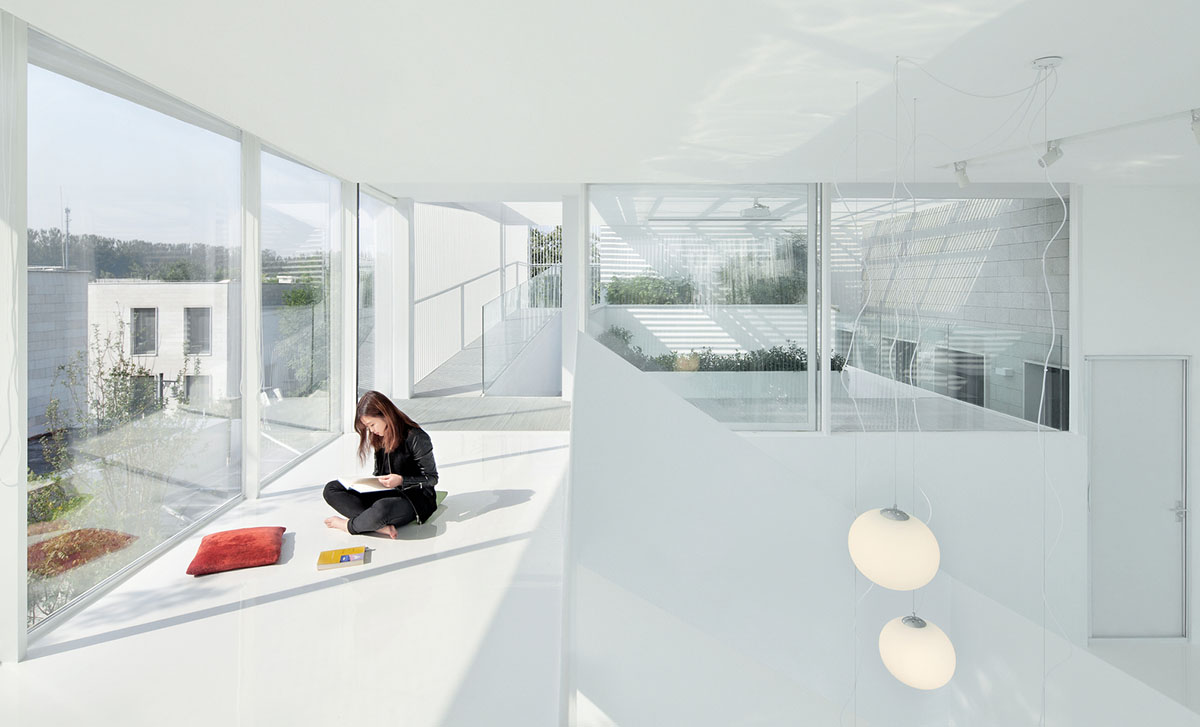 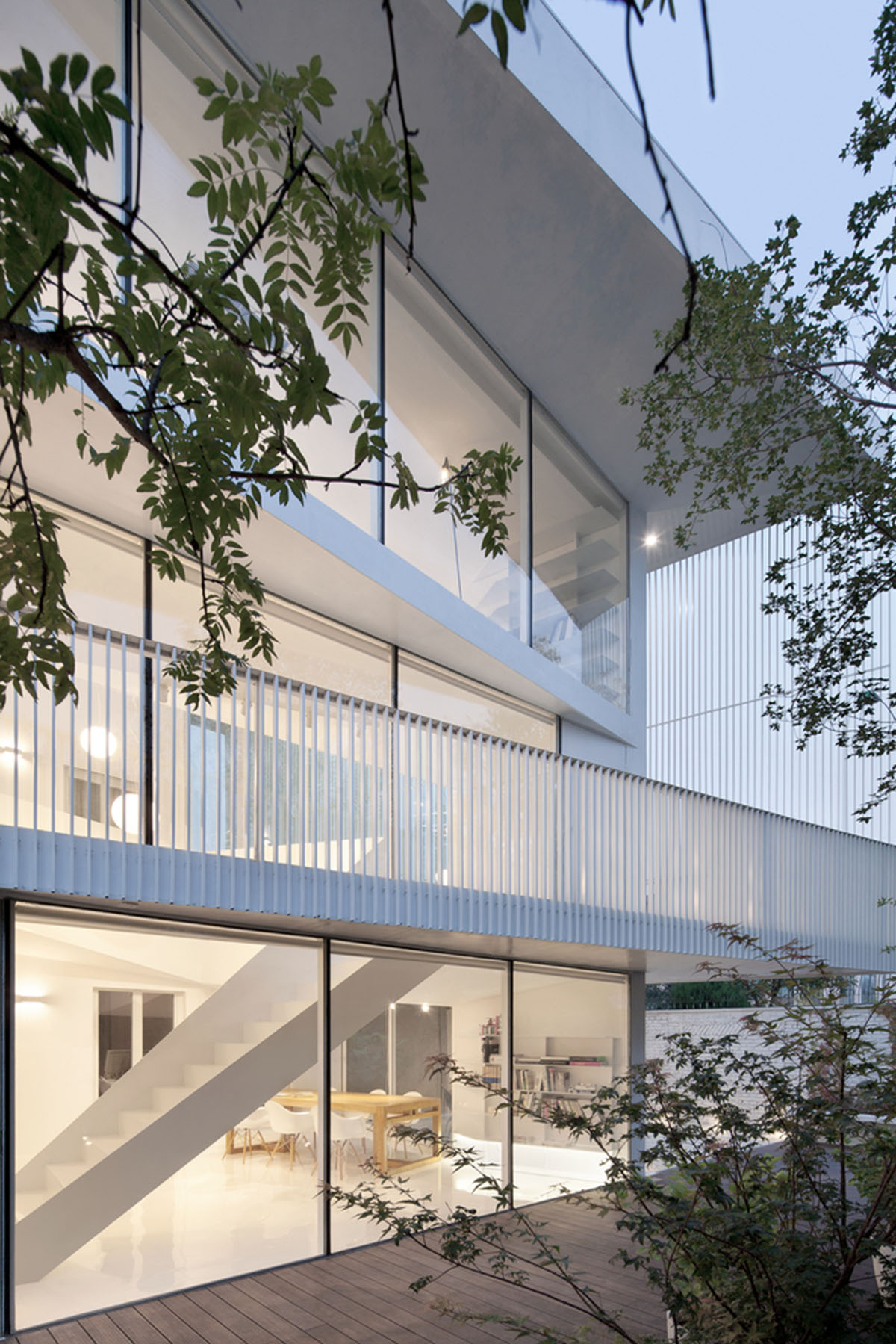 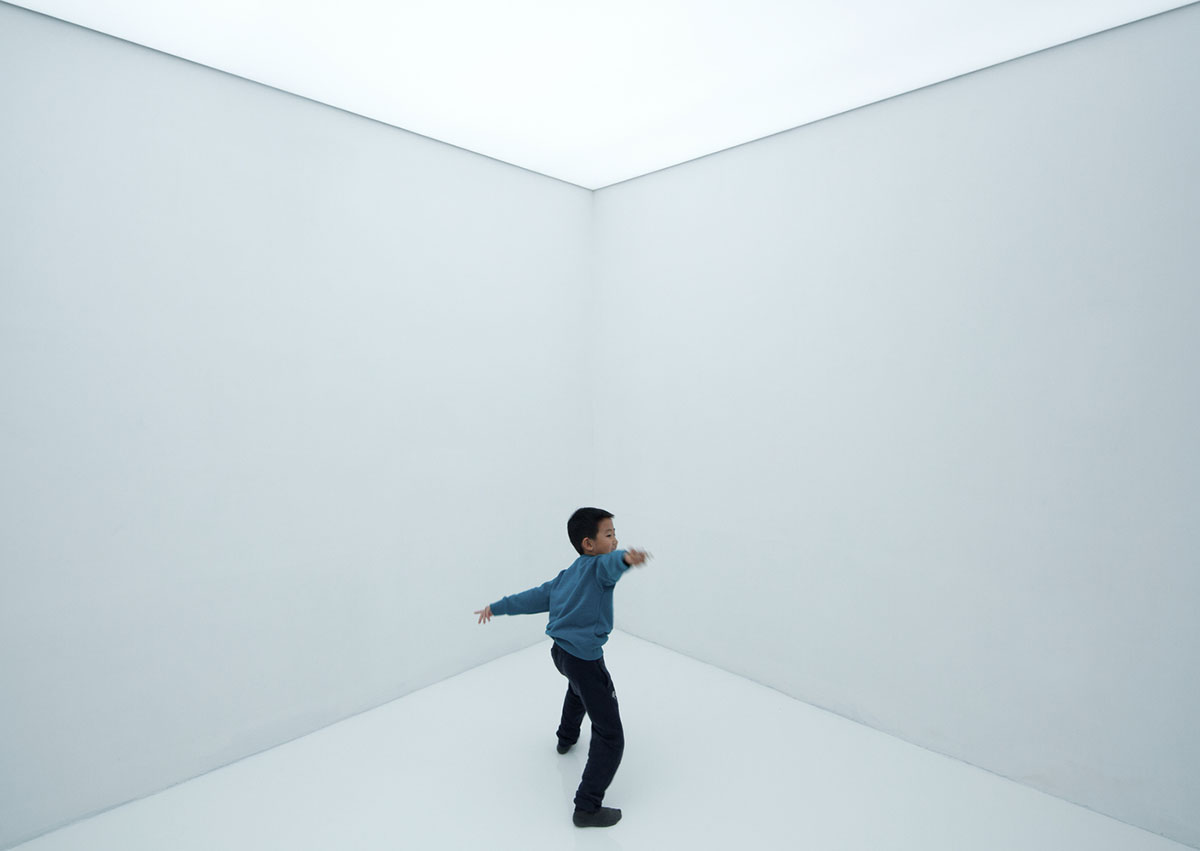 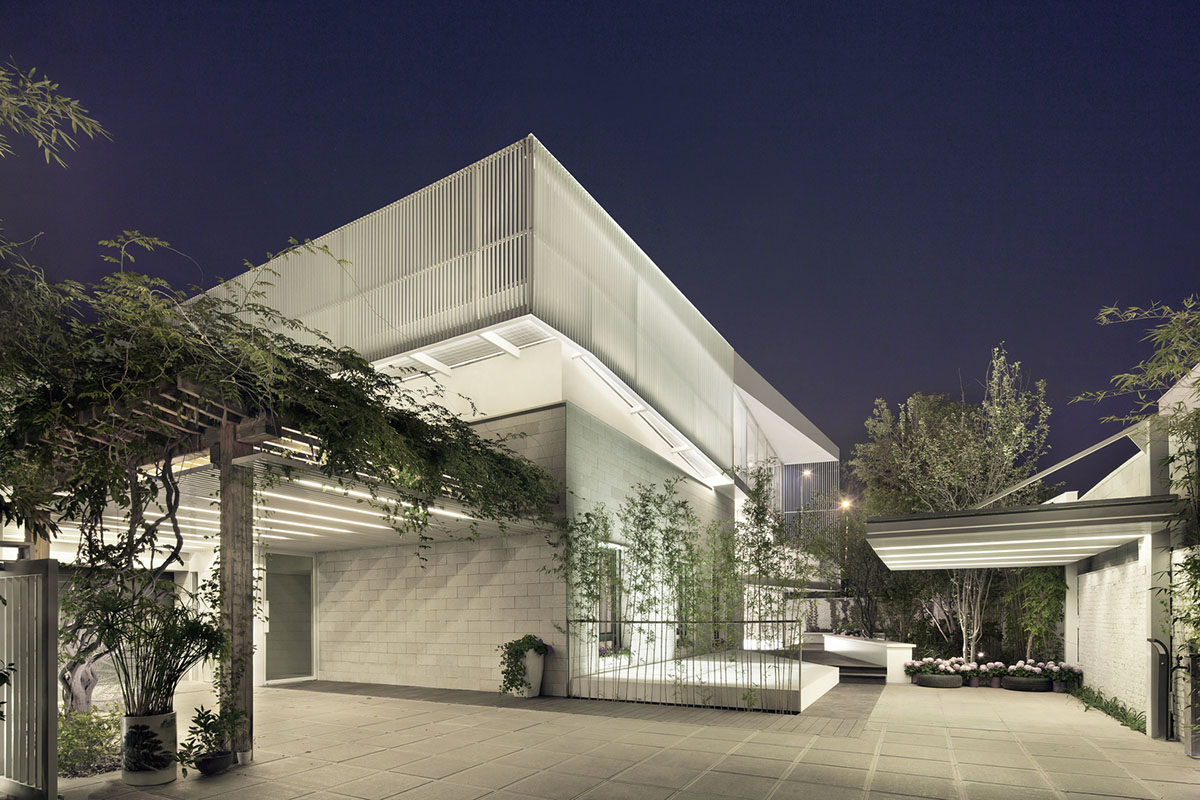 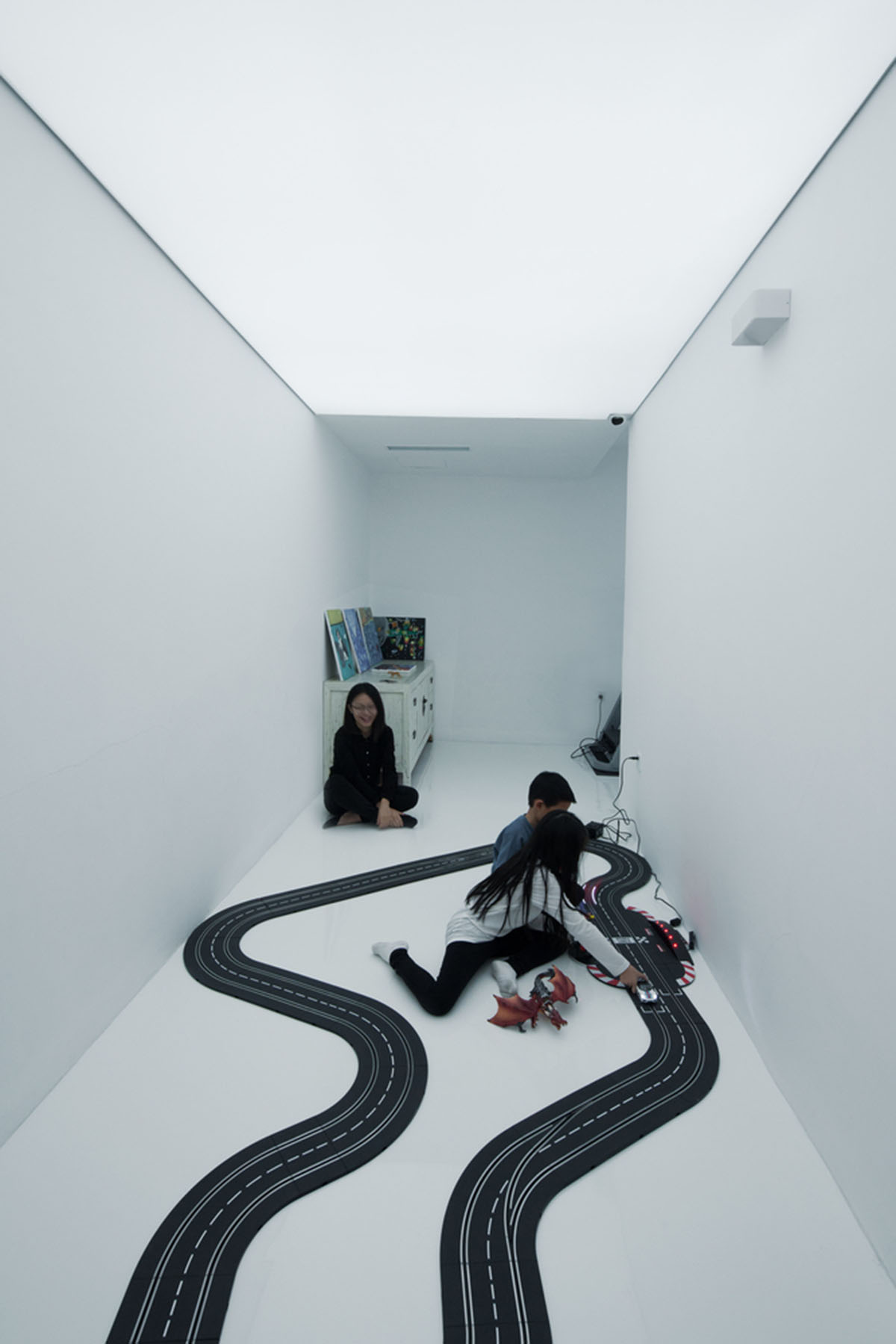 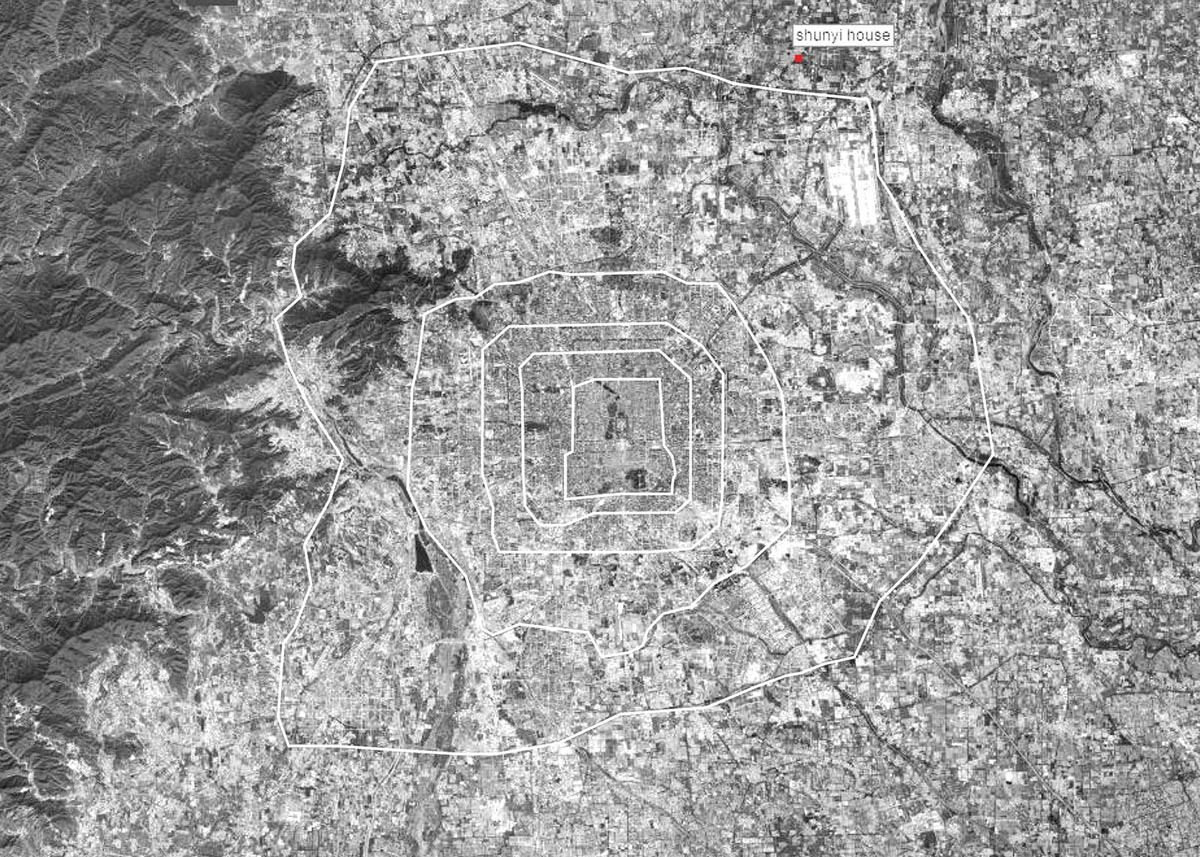 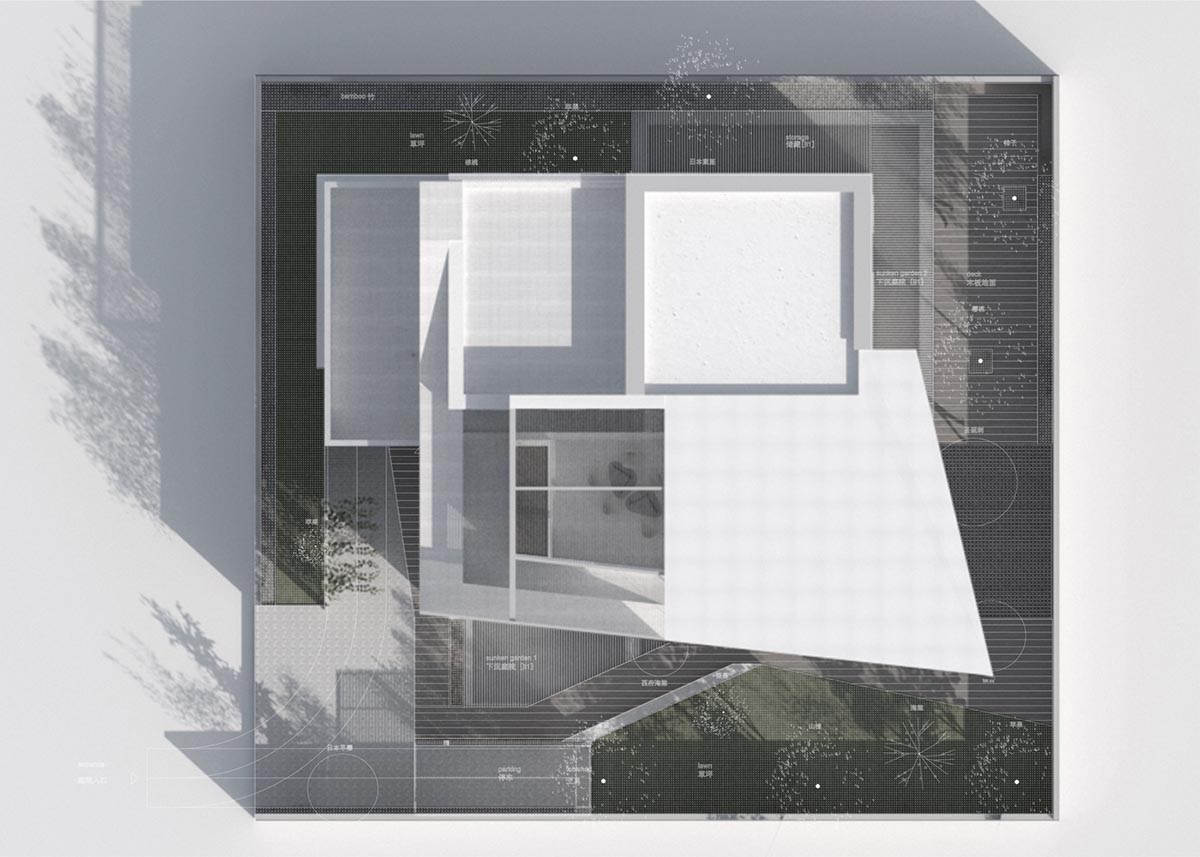 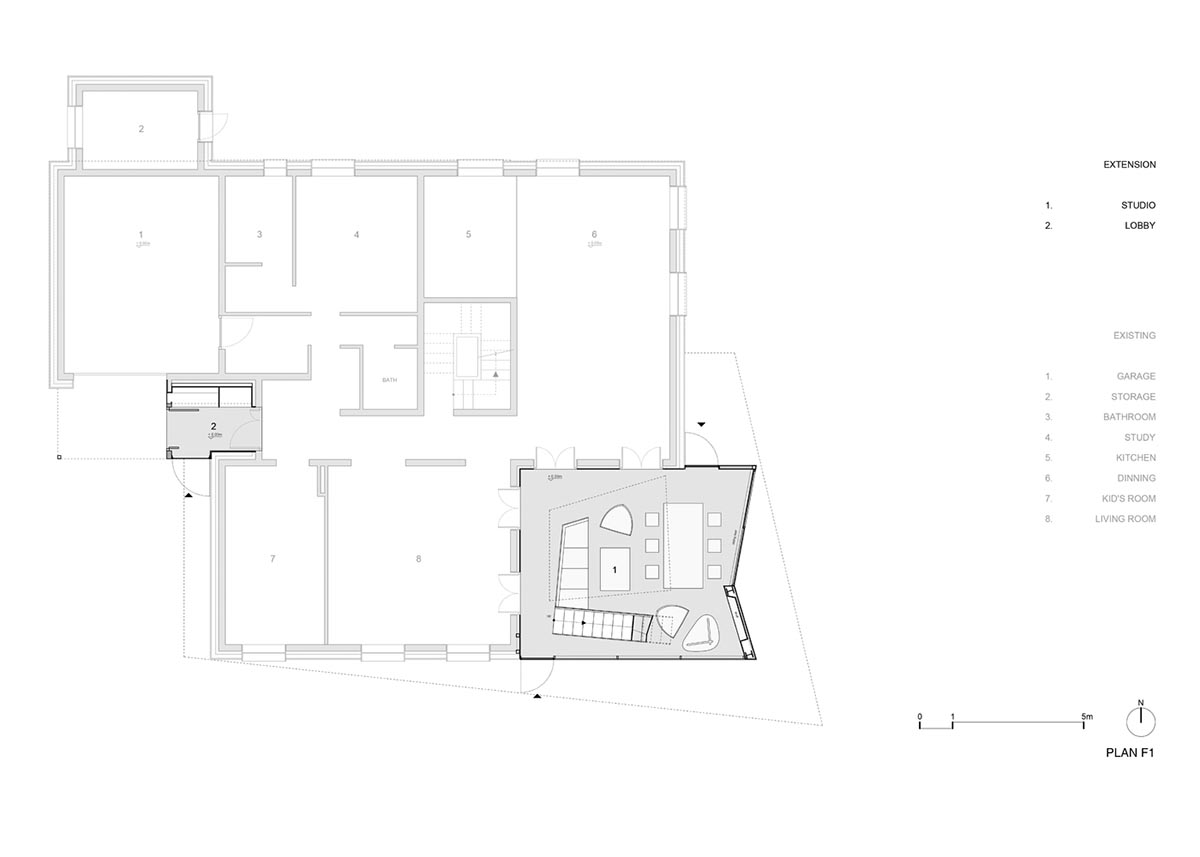 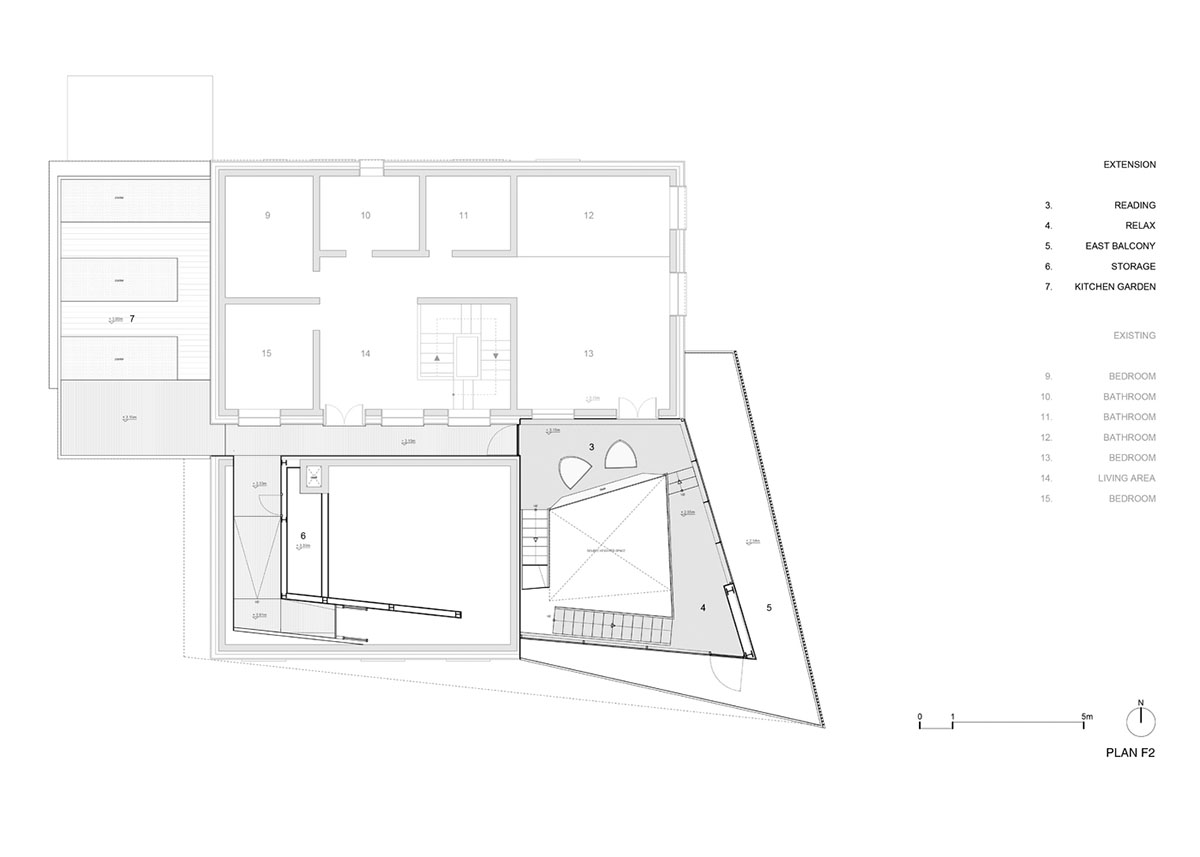 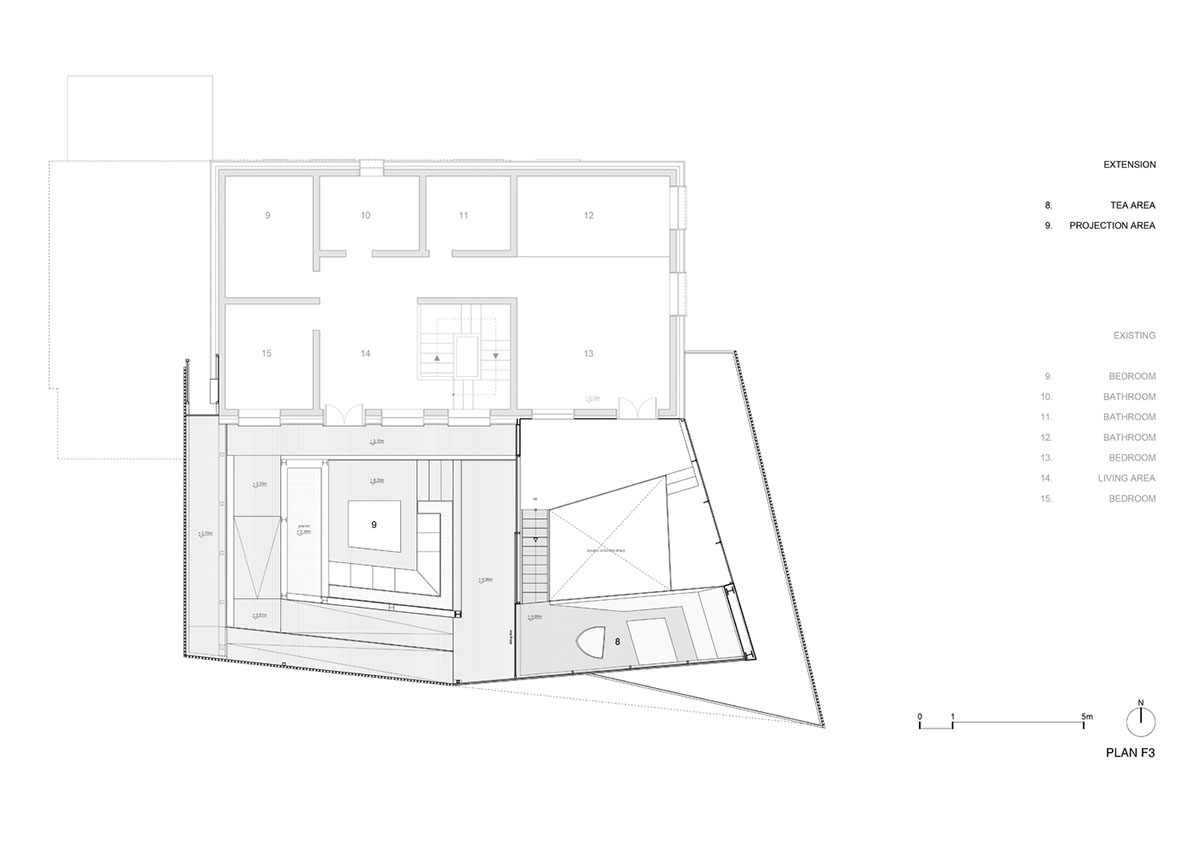 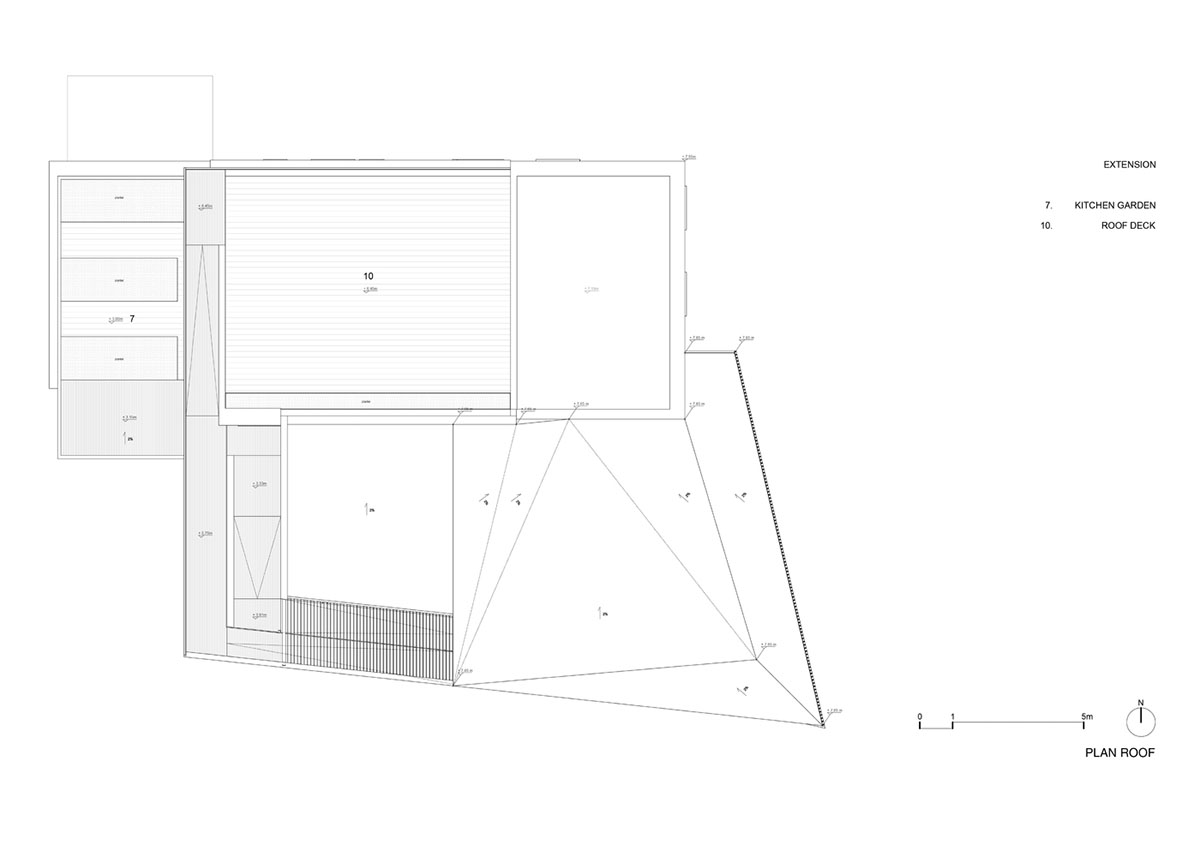 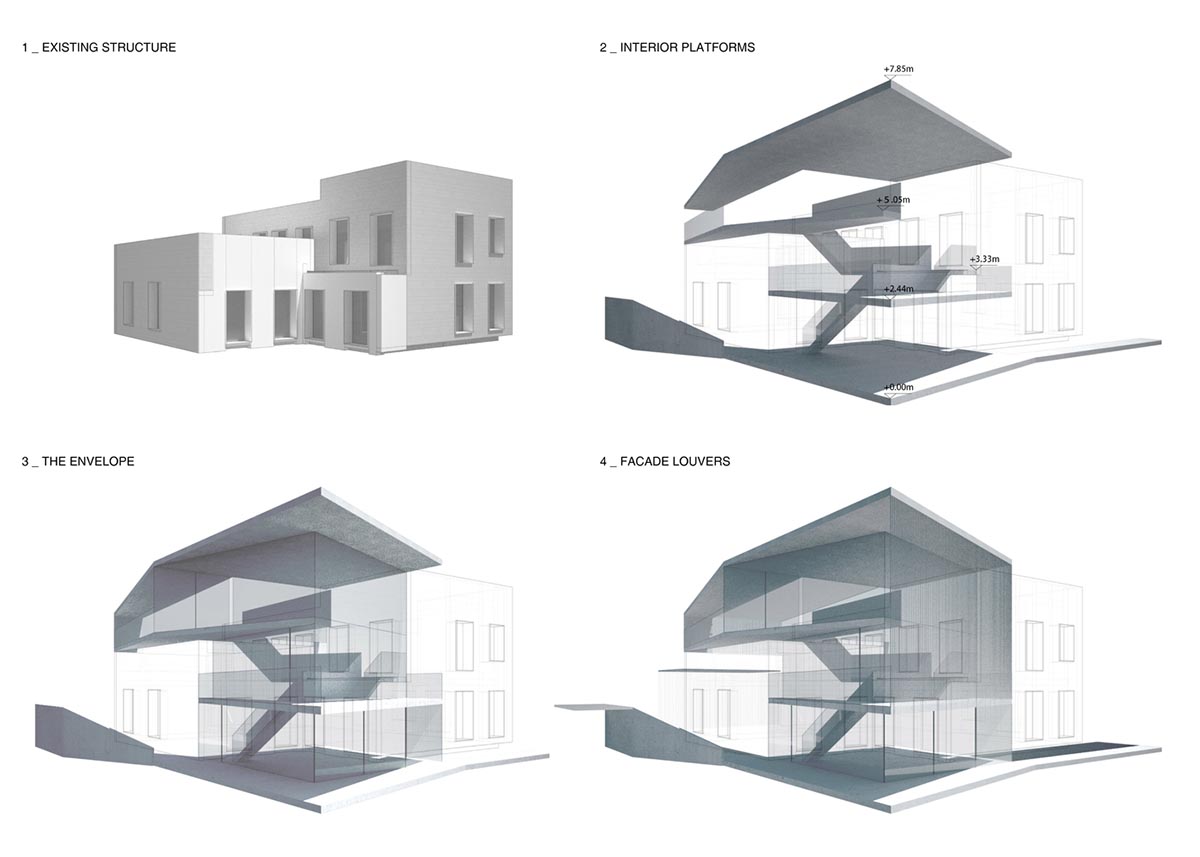 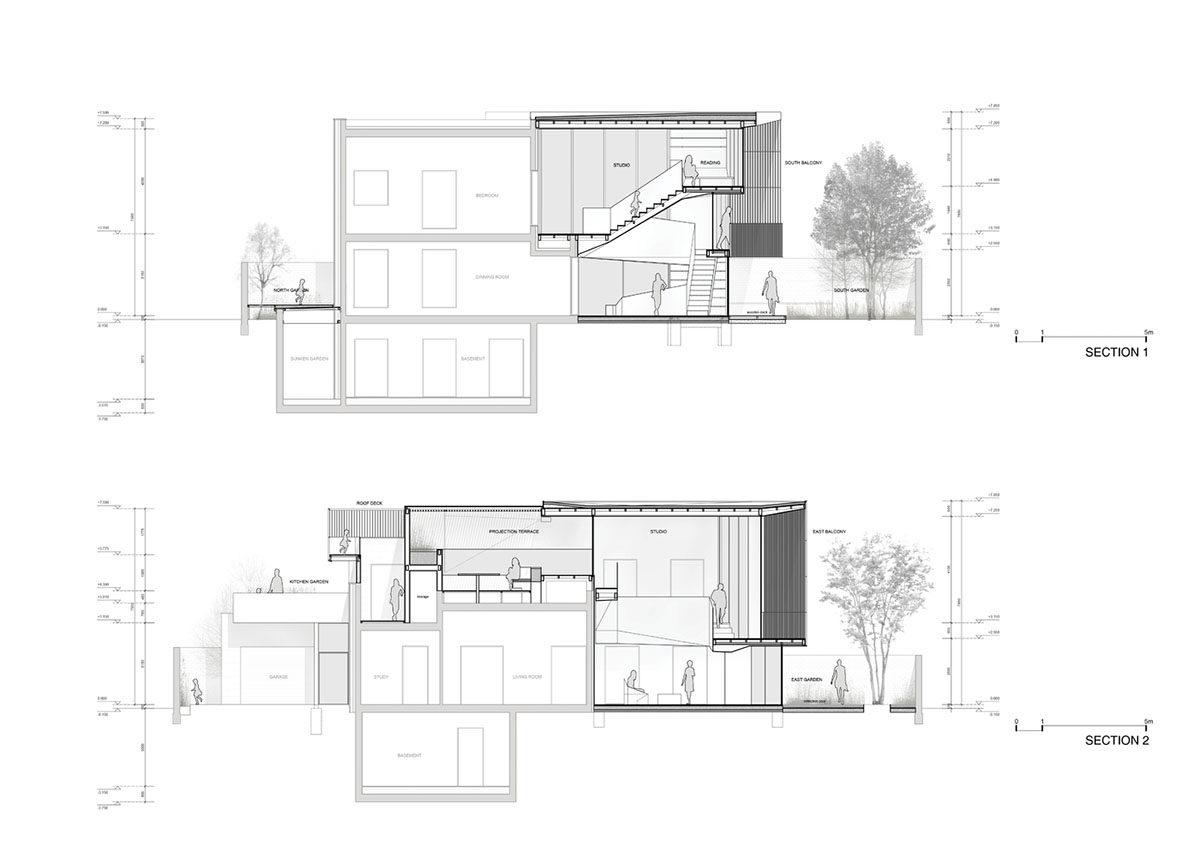 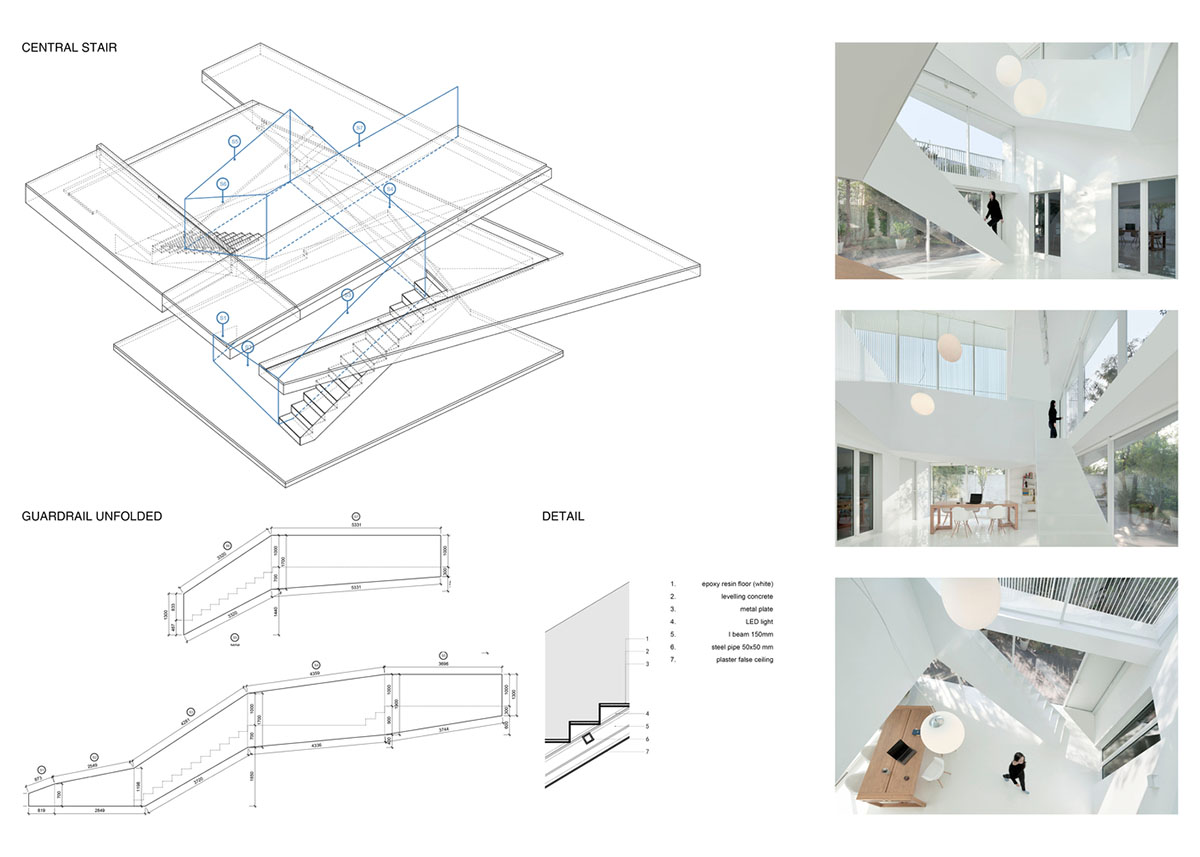