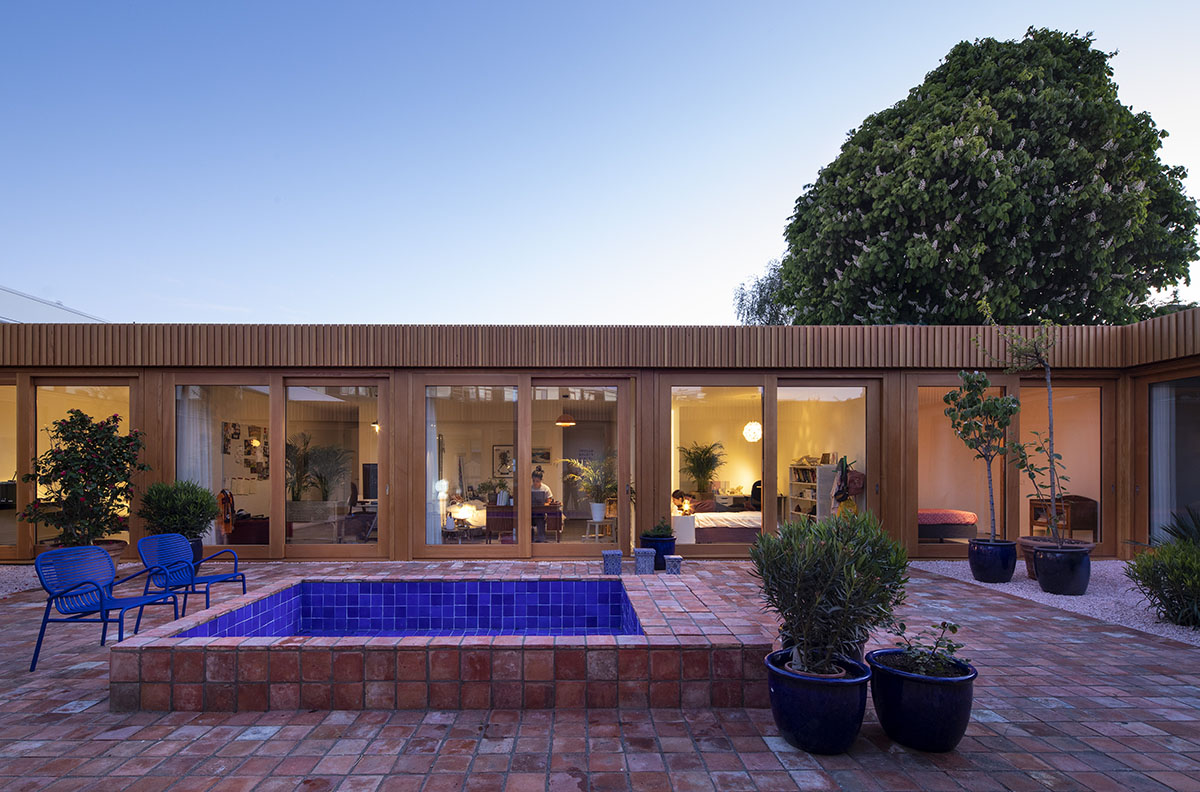 MVRDV has transformed a former commercial building into a private home in Rotterdam, The Netherlands.

Named Villa Stardust, the 770-square-metre villa is inspired by a Morrocan riad, the interior living spaces of the villa are oriented around a central patio, which functions as an extra outdoor chamber.

The used materials and colour palette give the dwelling a Mediterranean look and feel. As a retrofit building, Villa Stardust is a highly sustainable project following circular economy principles. 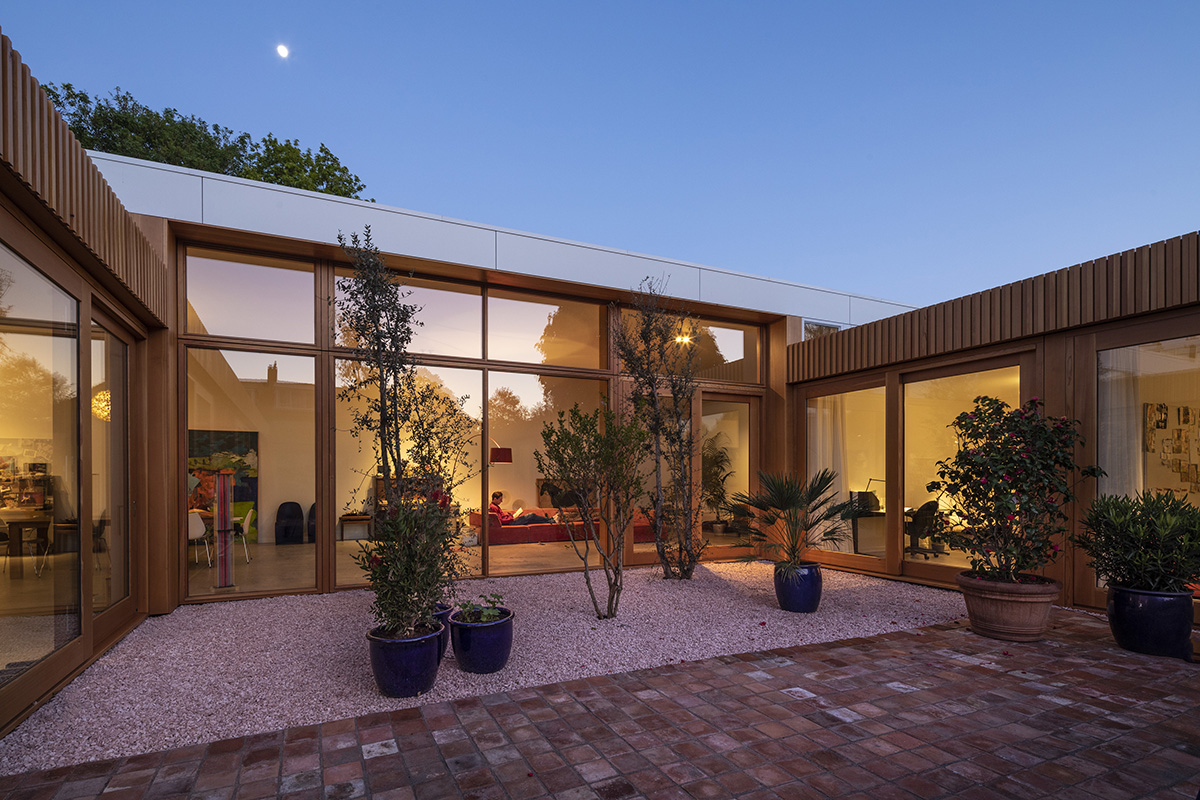 As a former commercial building with a limited privacy due to neighbouring structures, the key strategy in this transformation is the insertion of a vibrant central garden patio.

This draws its inspiration from the Moroccan riad – a traditional dwelling form oriented around a central courtyard. Villa Stardust’s central garden is an outdoor living room open to the stars, but entirely enclosed by the building at its four perimeter faces.

Perforating the building’s deep footprint, typical for commercial structures, the 230-square-metre garden allows the building to breathe, ensuring that all interior living spaces are awash in natural light and ventilation. 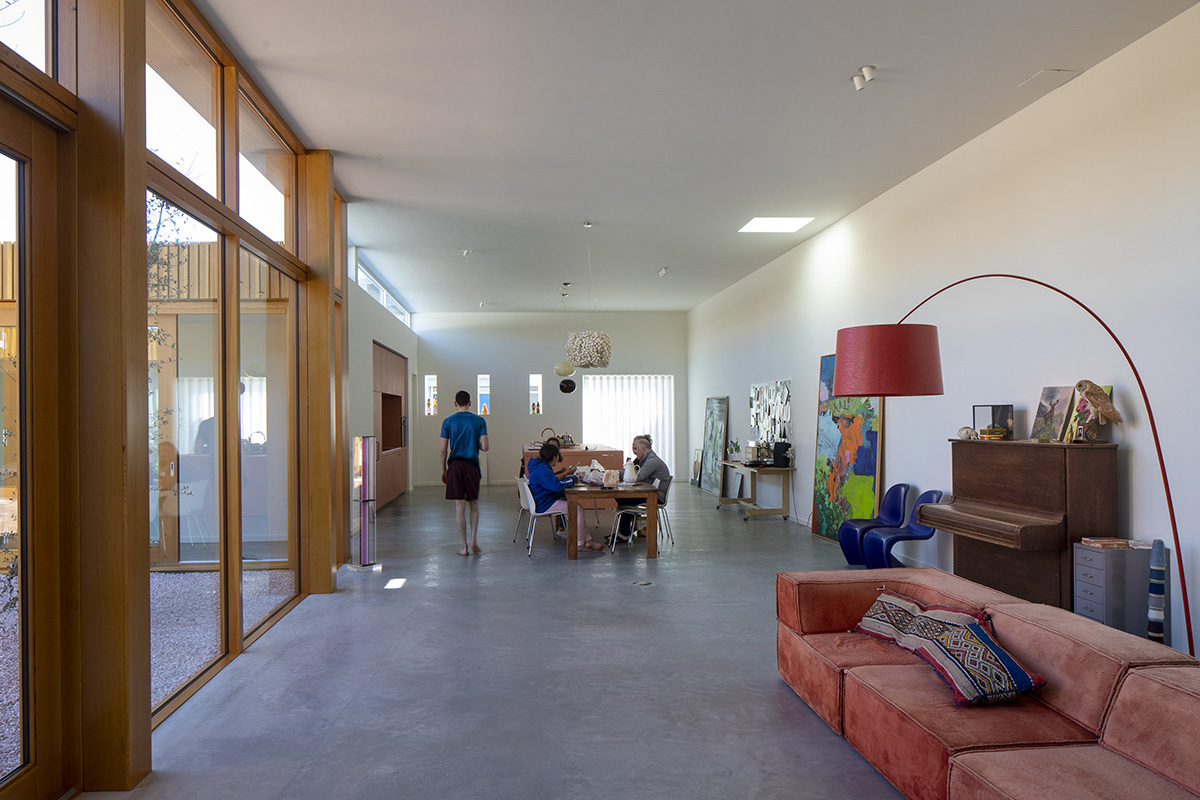 Sufficient floor space remains of the 1000-square-metre total to not only house a family of five and provide a clear interior-exterior connection, but also to accommodate the client’s small medical practice – all on a single level.

All interior living spaces are oriented around the garden, which facilitates a strong visual connection between different spaces, and a ‘chill-out’ space for the client’s teenagers. 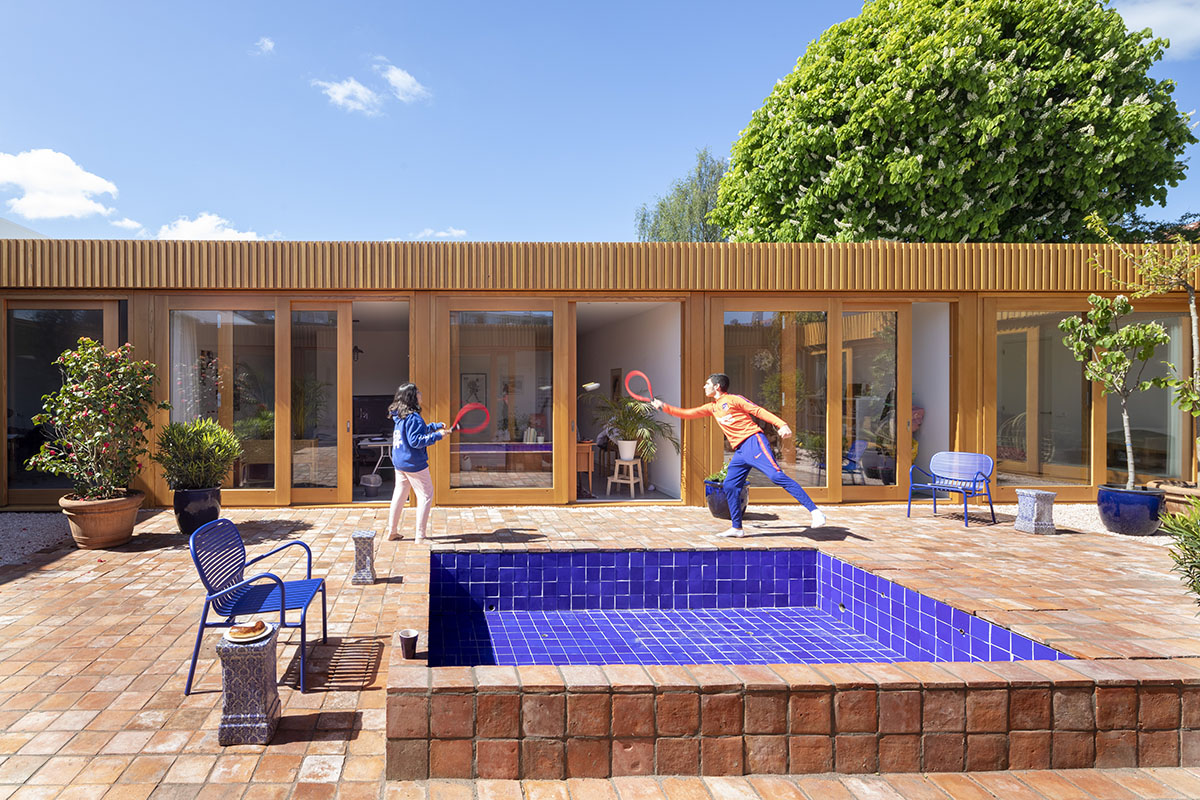 As such, the garden becomes the most colourful part of the villa. With its Oregon Pine windows, terracotta tiles, and blue-glazed stones for the patio’s pond feature, it not only draws natural light in, but serves as a visual attraction.

As a retrofit building, the villa is a highly sustainable project following circular economy principles, and also incorporates additional recycled materials in the patio’s floor cover such as re-purposed terracotta tiles.

"The residents asked us to design the villa after they had already bought the building; I think it's very clever that, as non-architects, they understood its potential," said Nathalie de Vries, co-founder of MVRDV. 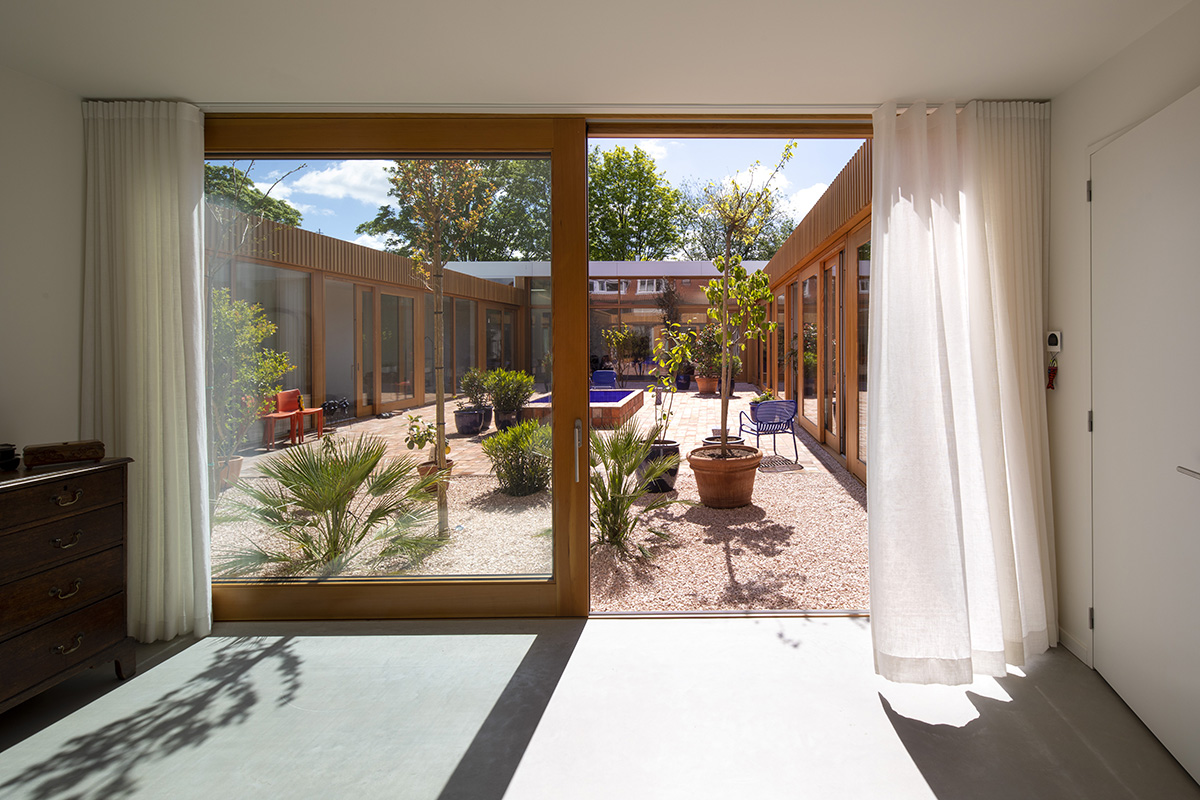 "At 770m2, the villa is still quite spacious, but by using symmetry and a quiet colour palette, with a few Mediterranean accents, we created a sunny atmosphere." 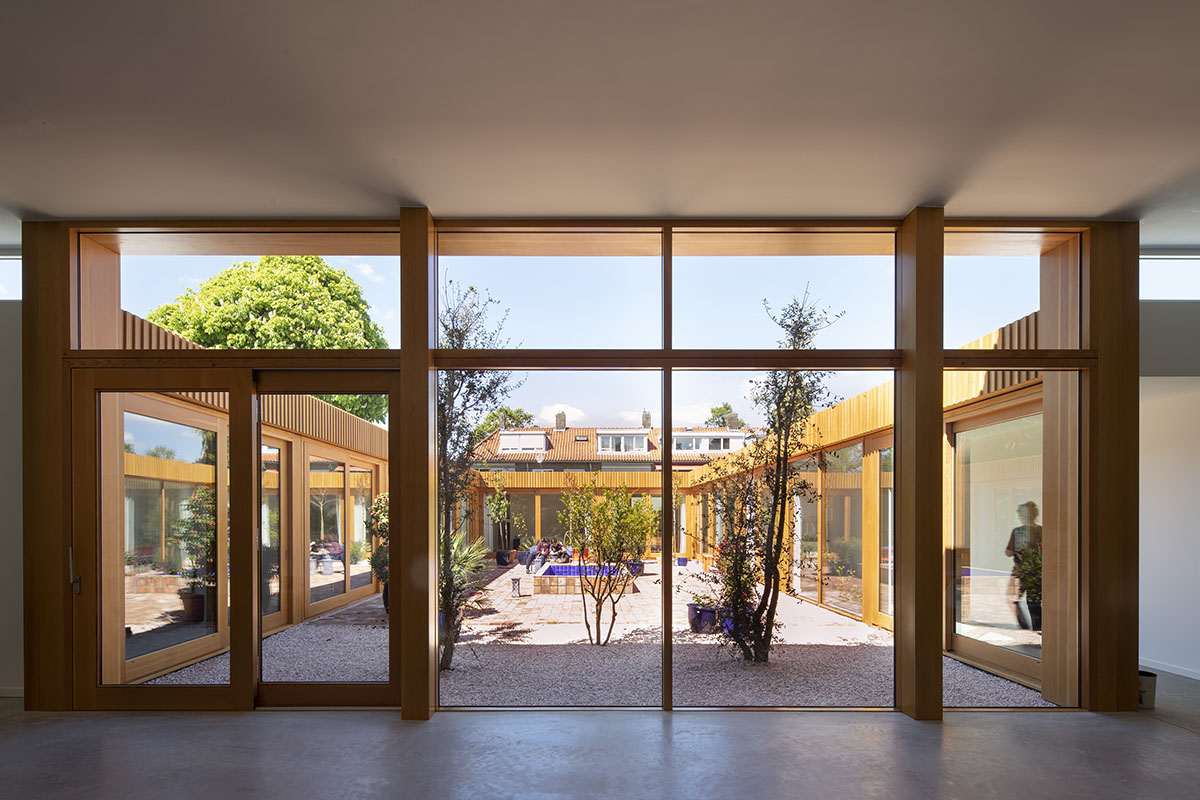 For example, fit-out includes a kitchen with a powder-coated stainless steel block, as well as a tribune structure in the living space which simultaneously incorporates a media room and storage.

Additionally, Moroccan tiles line the bathroom floors, lending a rich visual texture to the villa’s tranquil interior backdrop. This hierarchy establishes a consistent rhythm that creates a consistent harmony, both within the home, and between the home and the natural environment. 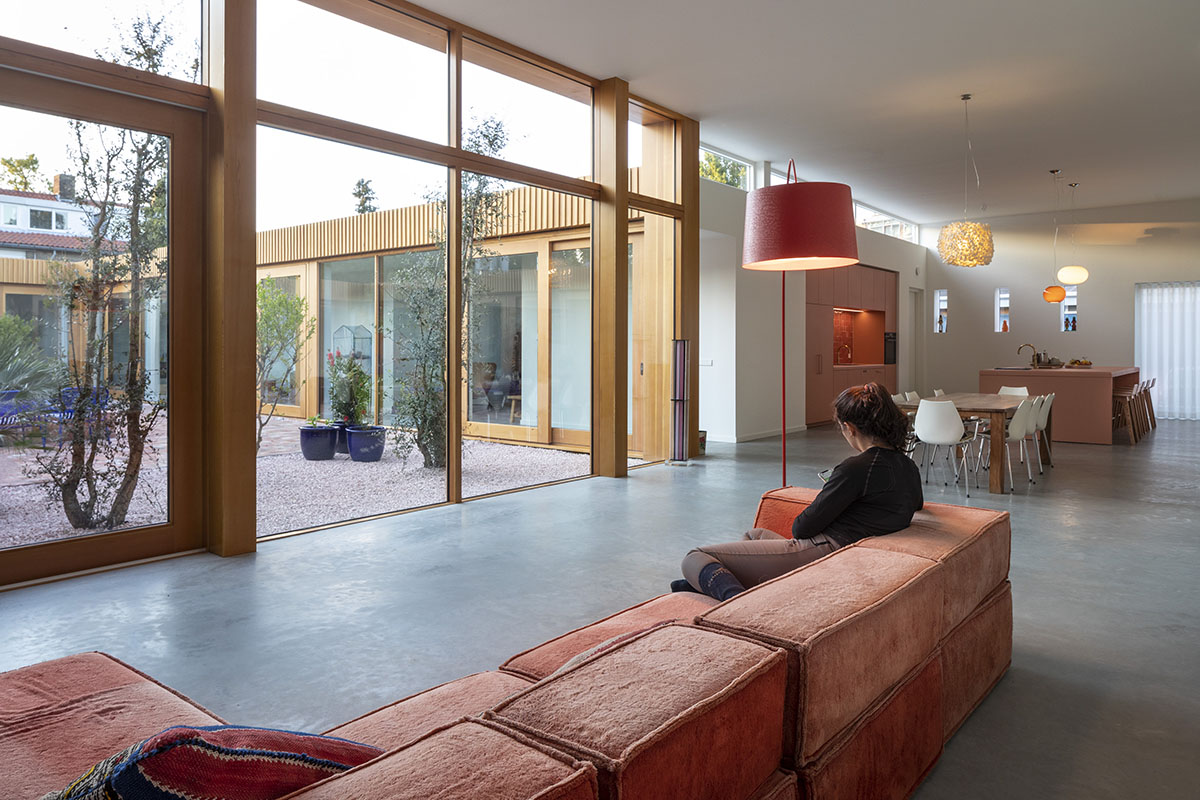 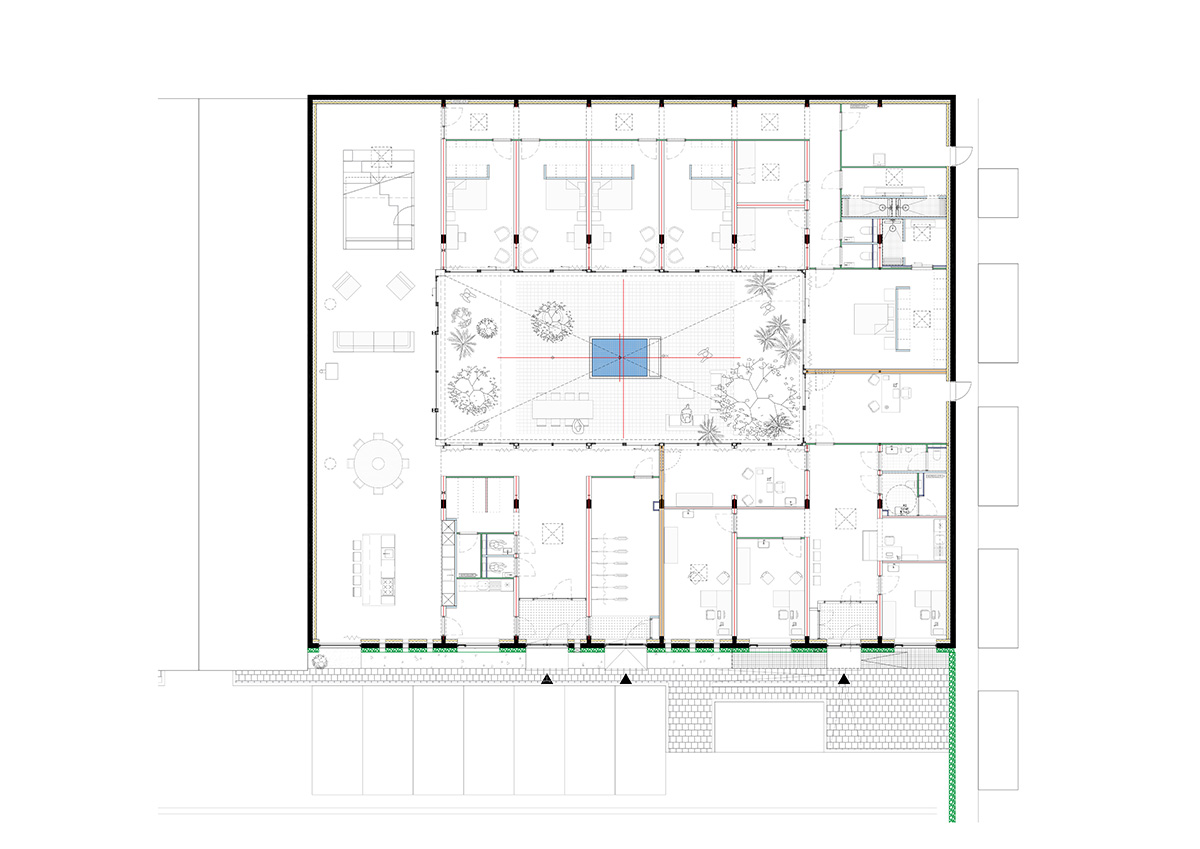