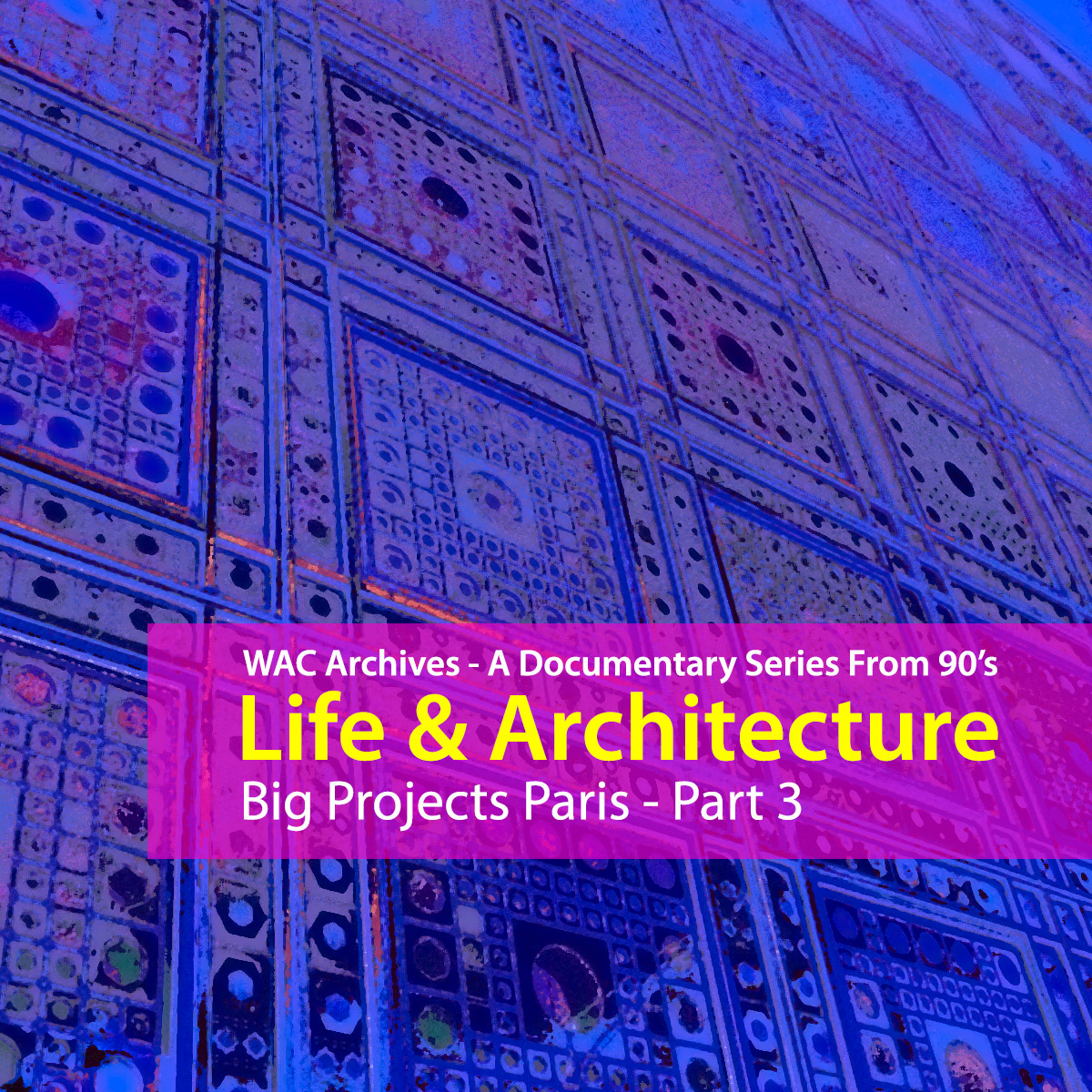 World Architecture Community has released the third episode of the first documentary of its Life & Architecture series, which was announced on April 23, 2020.

WAC has launched Life & Architecture documentary series give a detailed and in-depth look at many key buildings of contemporary architecture. The exclusive documentaries, captured from the 1990s,  present an outstanding virtual journey throughout the buildings.

WAC will be releasing a new documentary on Friday, May 22, 2020 on the website and on WAC's Vimeo page.