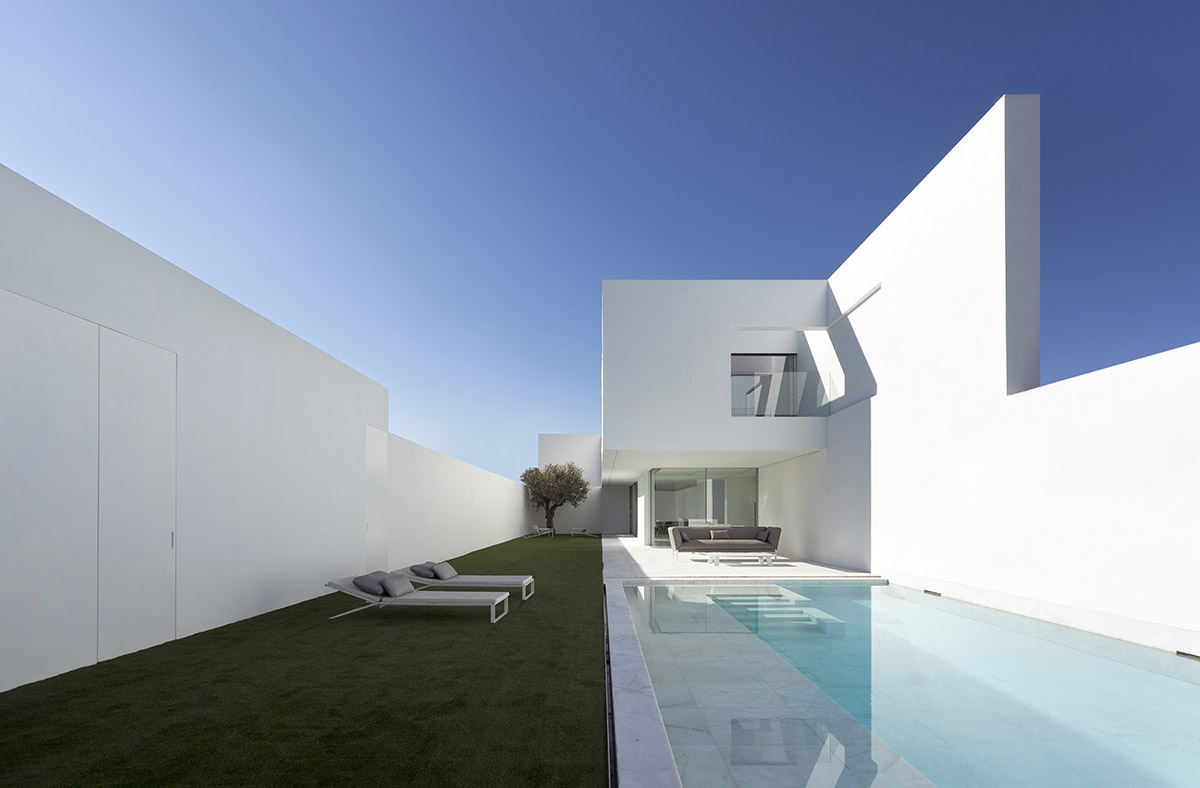 Called Pati Blau, the project was designed as an reinterpretation of a farmhouse typology in Ribera Alta, a comarca in the province of Valencia, Valencian Community, Spain. 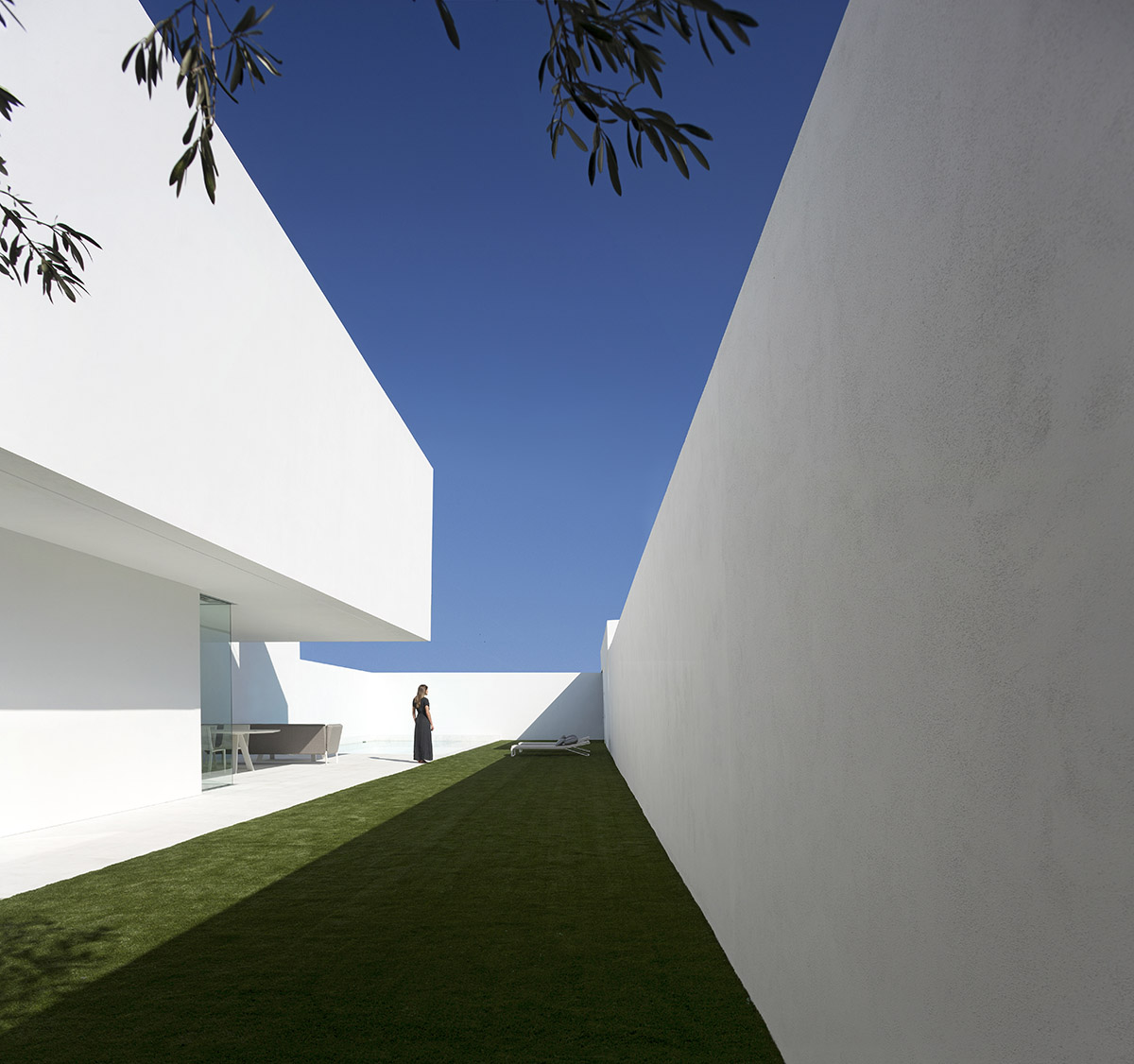 The studio creates a continuous facade that acts as "an urban front" integrated with an outdoor pool for this all-white house. "It was in the Muslim era when the so-called farmhouses were concentrating the population of the Ribera Alta, although some of these settlements had an Iberian origin," said Fran Silvestre Arquitectos.

"Over time these population centers have become places connected to the big city in a simple way and with an enviable quality of life."

"With all the good that the proximity of a large city offers and all the advantages of living connected to the territory and its culture," added the studio. 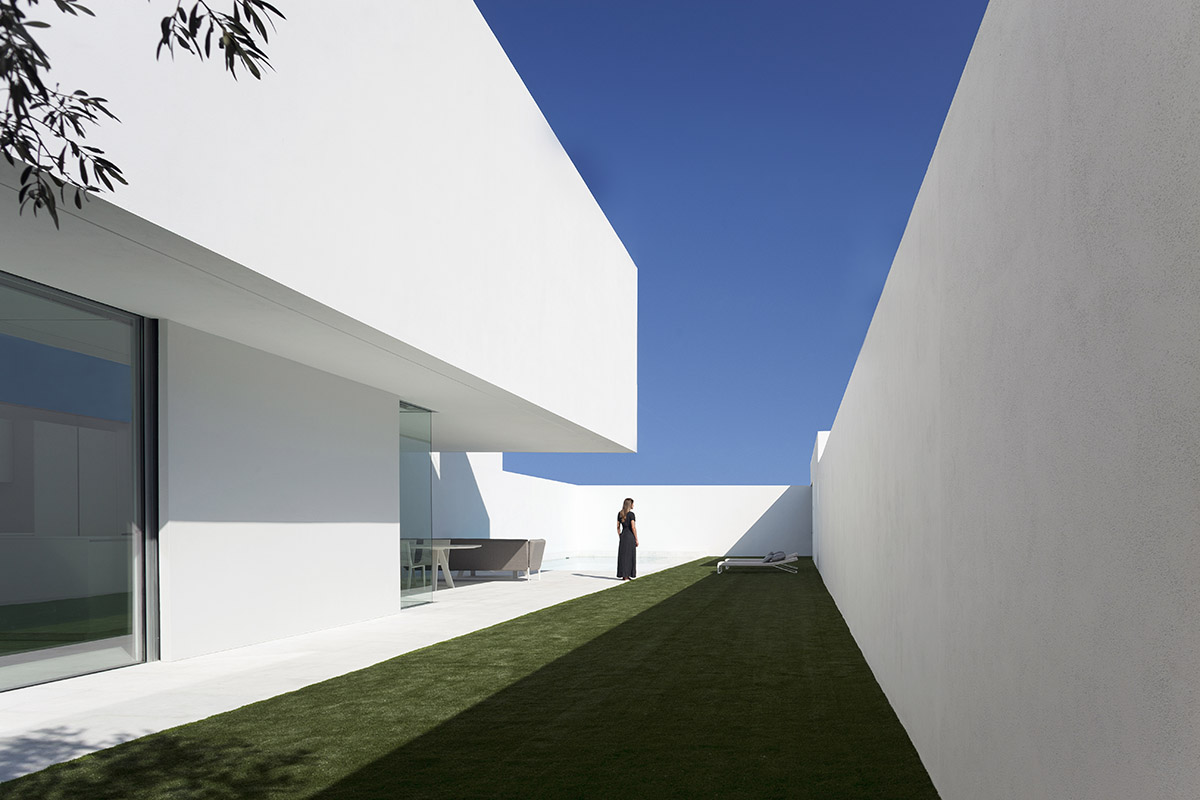 The delicious bankruptcies of the plot are regularized with the servants of the facilities, a gymnasium and storage pieces, drawing the outline of a regular patio. 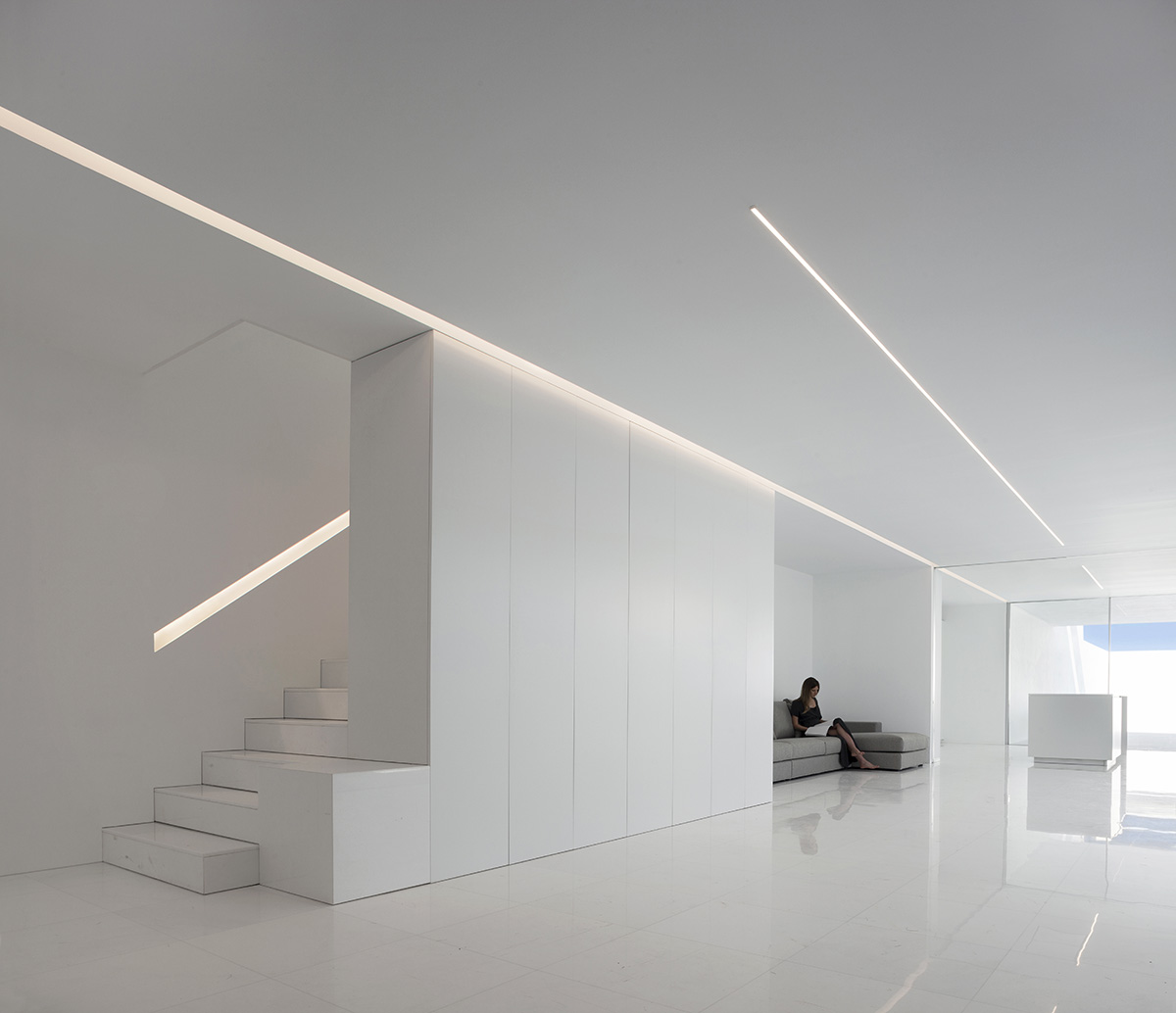 In this way it is possible to understand the ground floor as a continuum with the garden and the pool from where you can enjoy the favorable climate in this population. 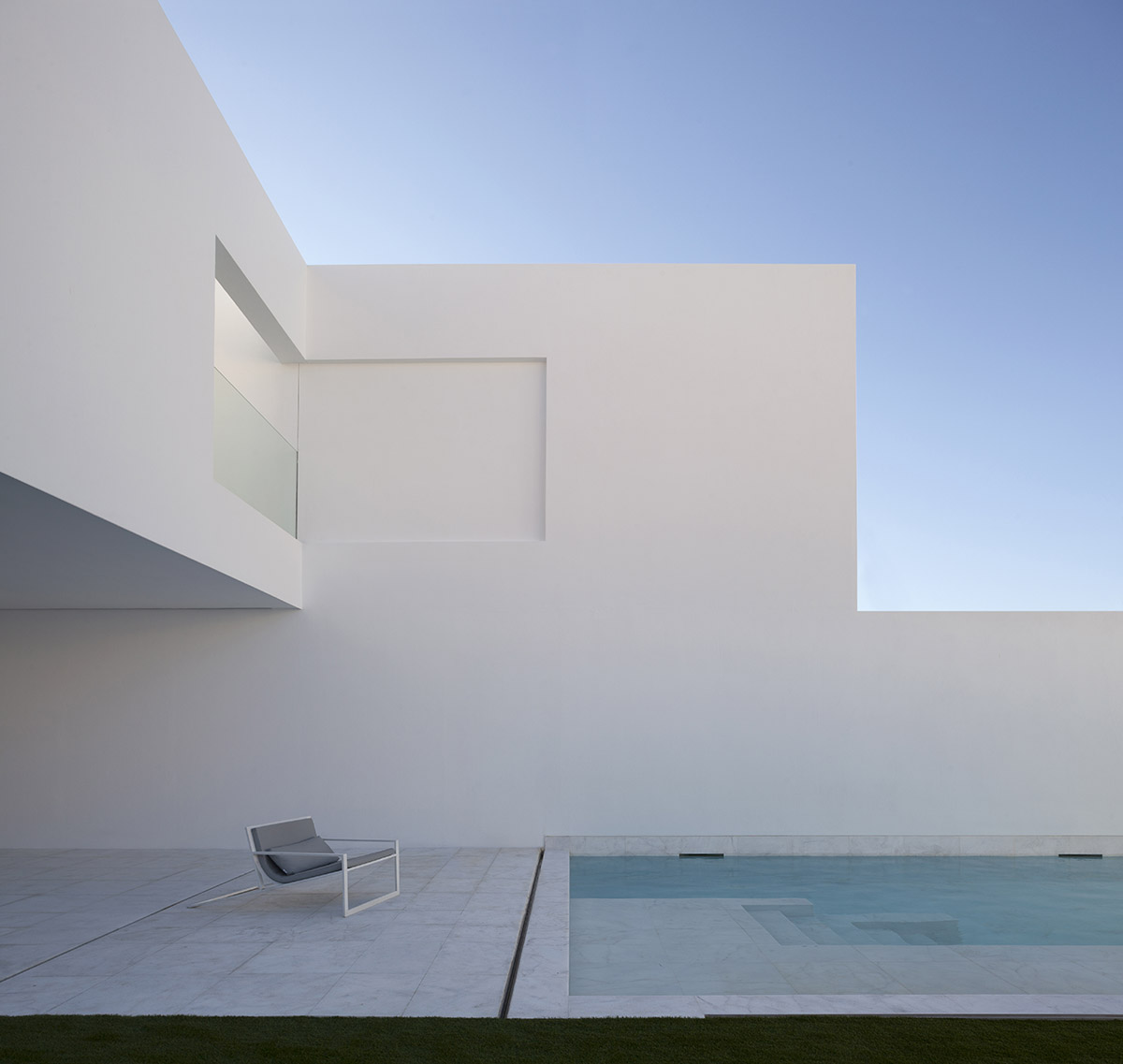 On the upper floor the private areas are arranged, separating from the lower level of the house and looking for a fenestration system as opaque as possible to maintain privacy. 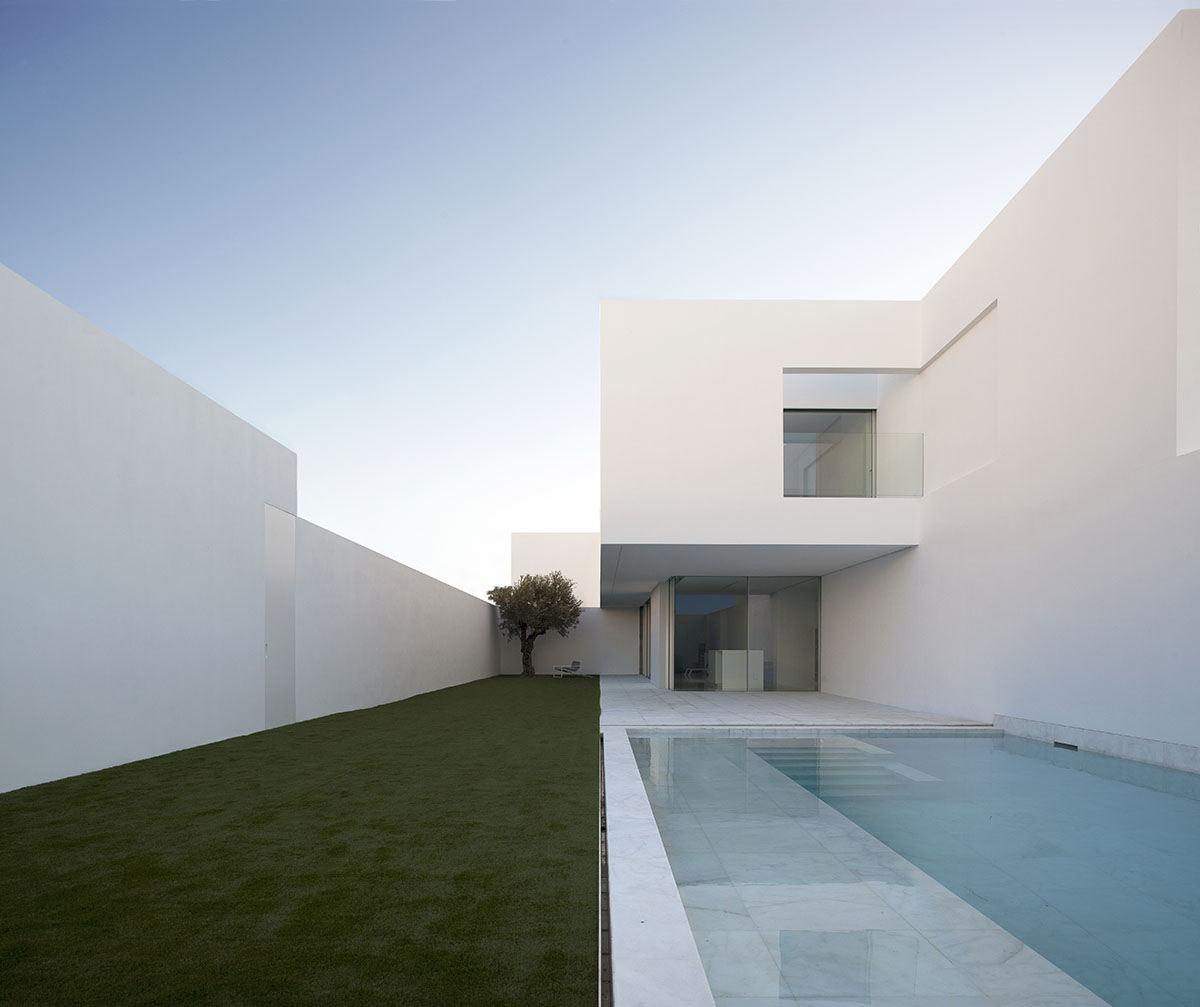 The facade had to be continuous to give a coherent reading to the urban front, the garage part helps to solve this question. Always fascinated by the point of coincidence on the Alejandro de la Sota façade in Tarragona or countless projects in the work of Aires Mateus, the elevation is resolved with two holes joined at one point, maintaining the height references of the only lateral façade. currently built. 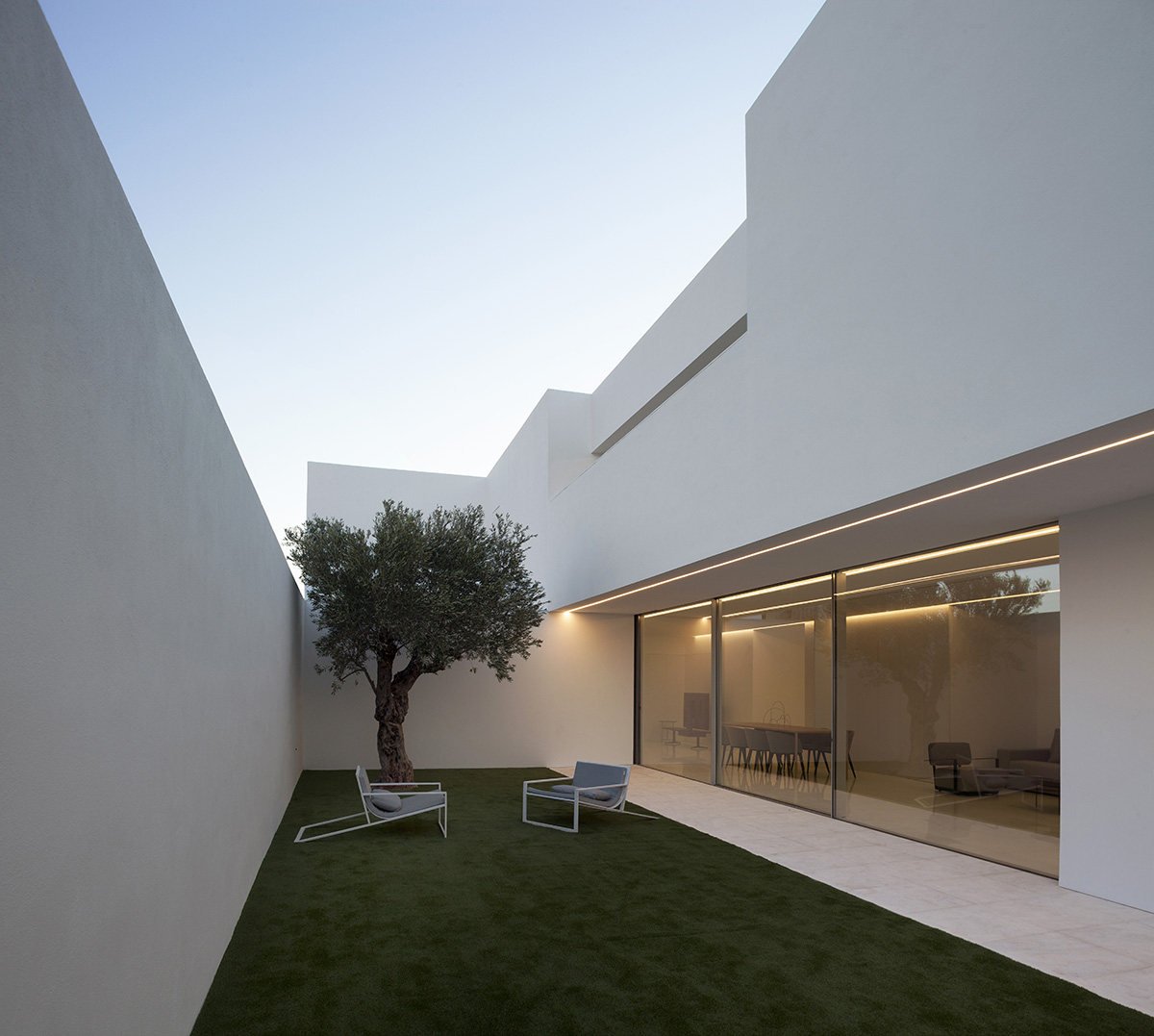 "We like to think of this house rooted in its immediate surroundings as are the traditional farmhouses and open to the powerful blue shade of the sky in this area," continued the studio. 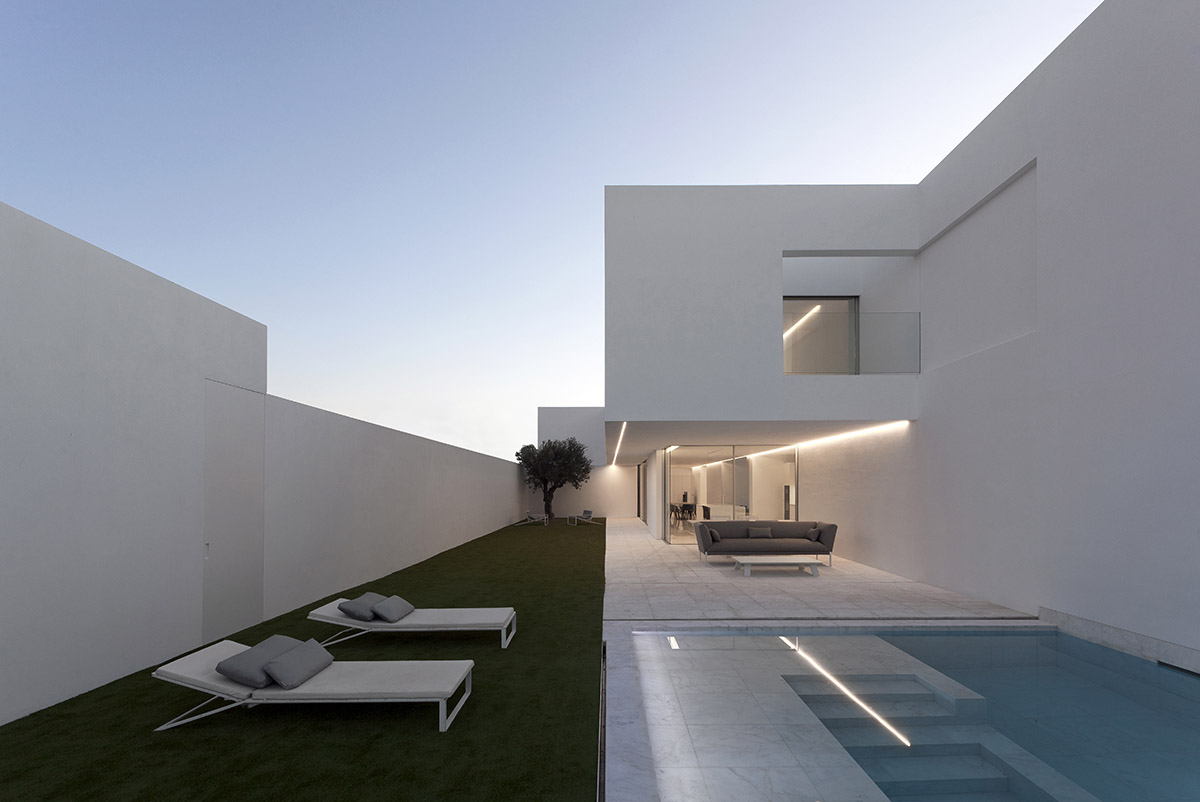 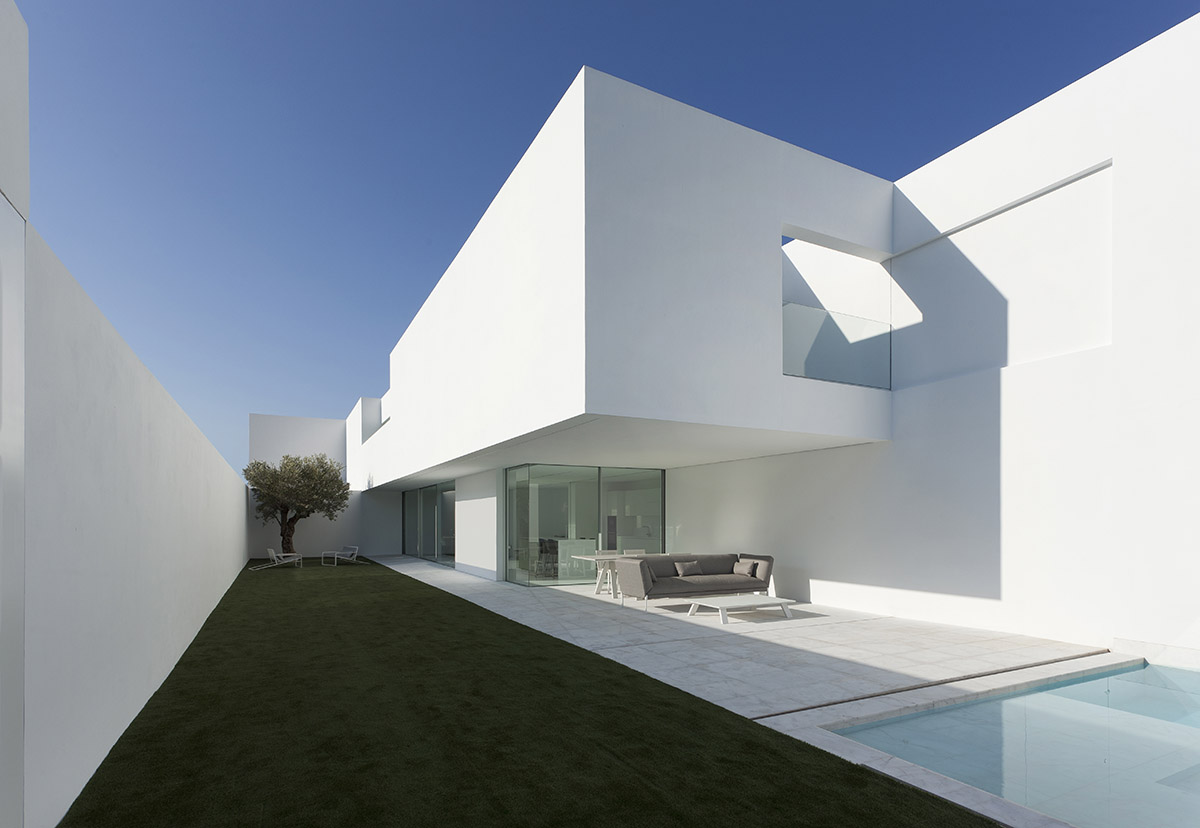 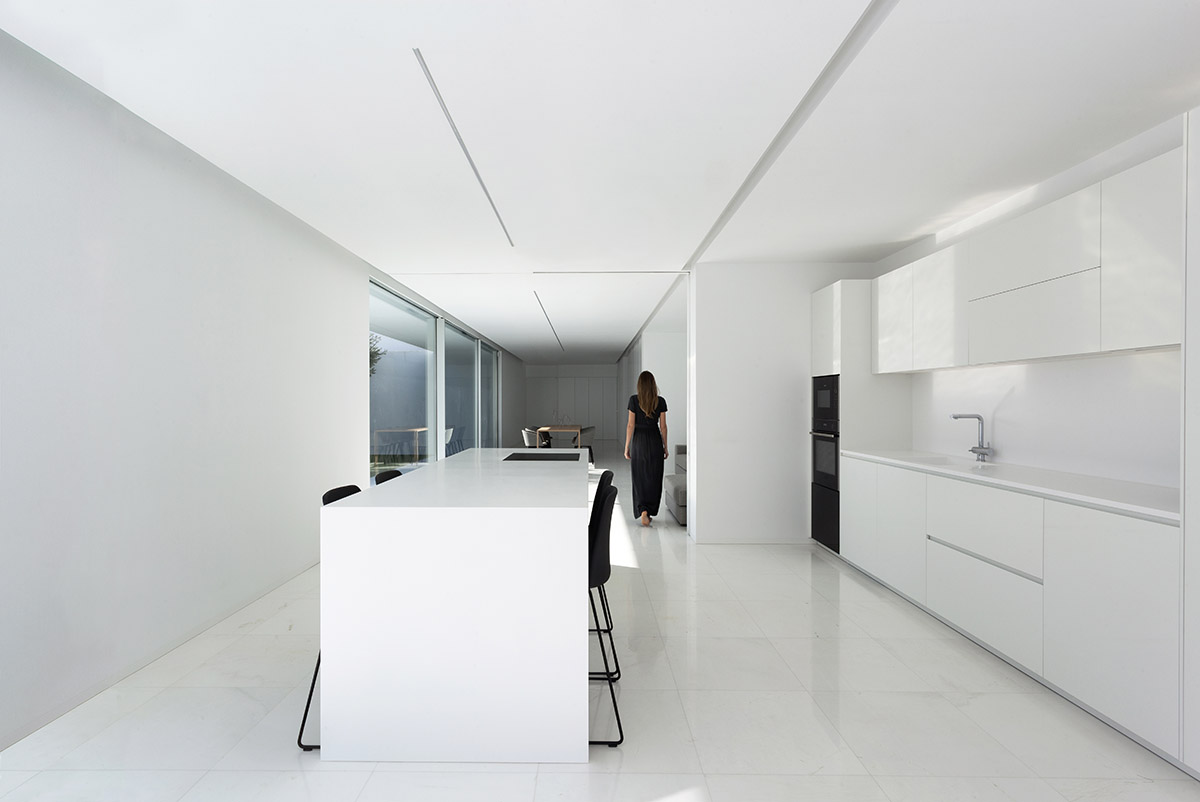 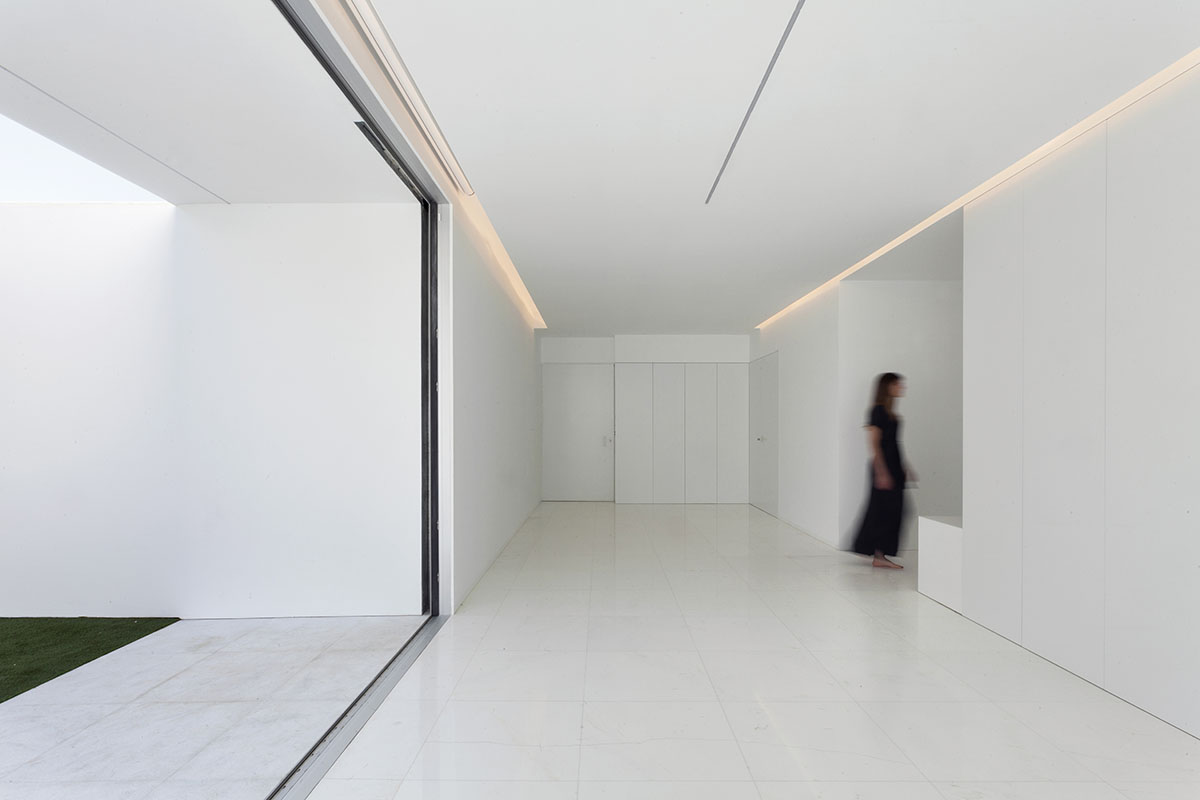 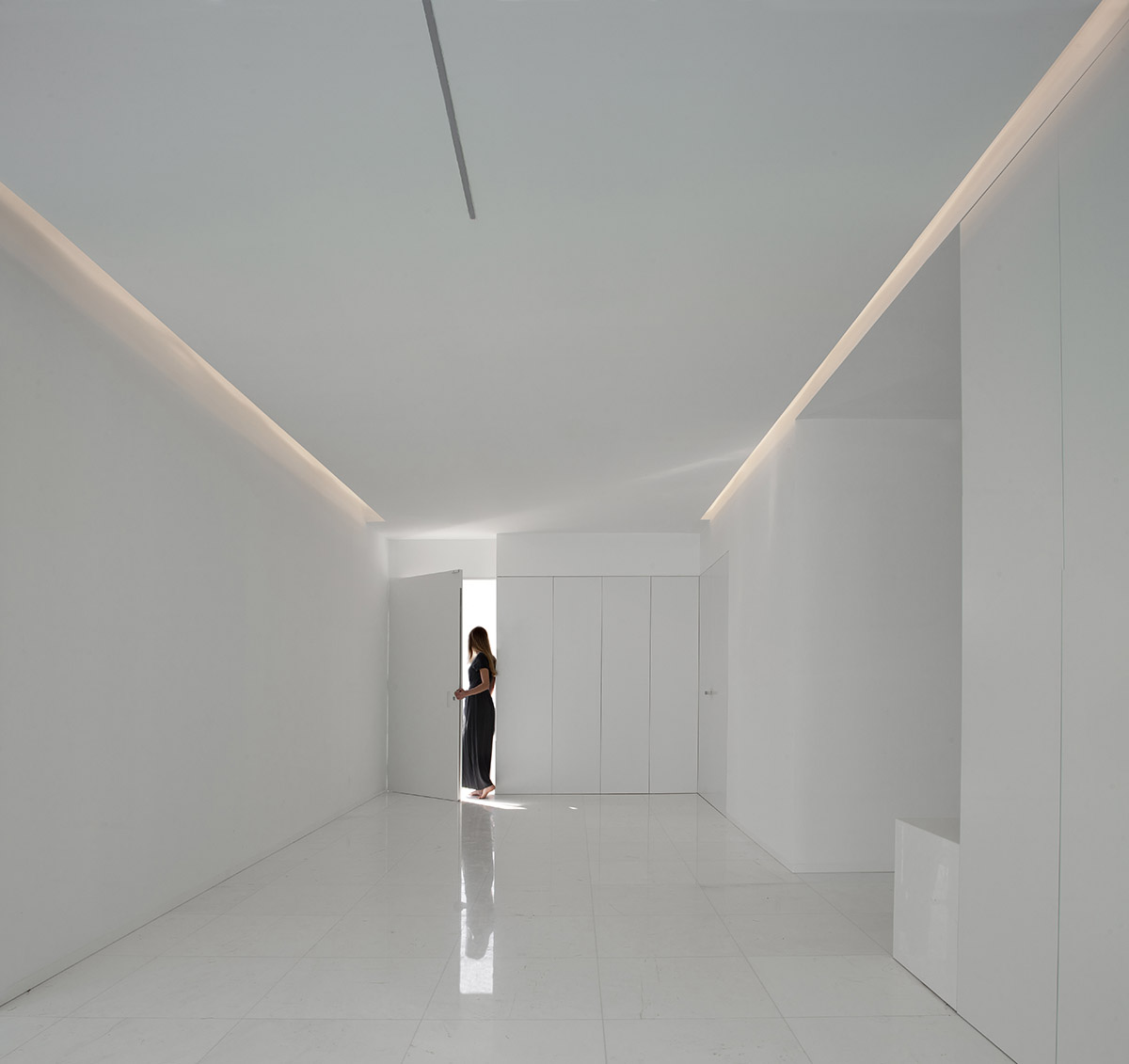 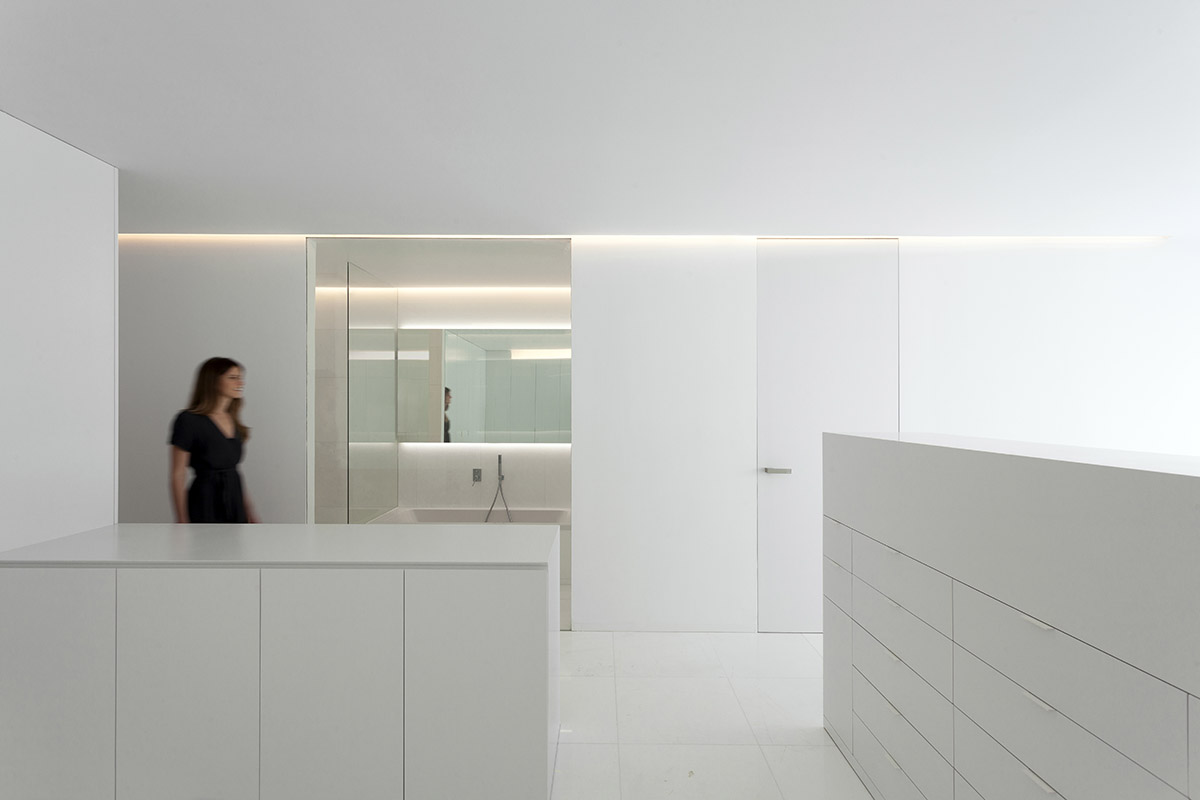 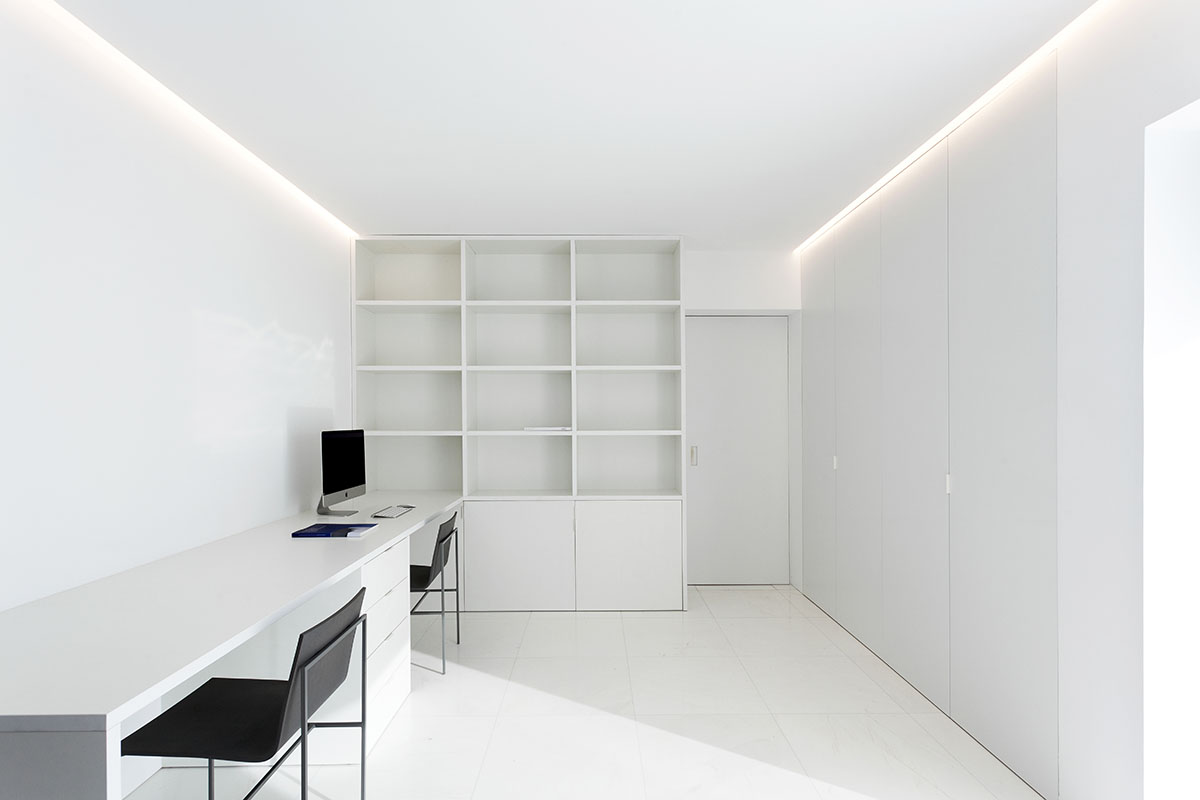 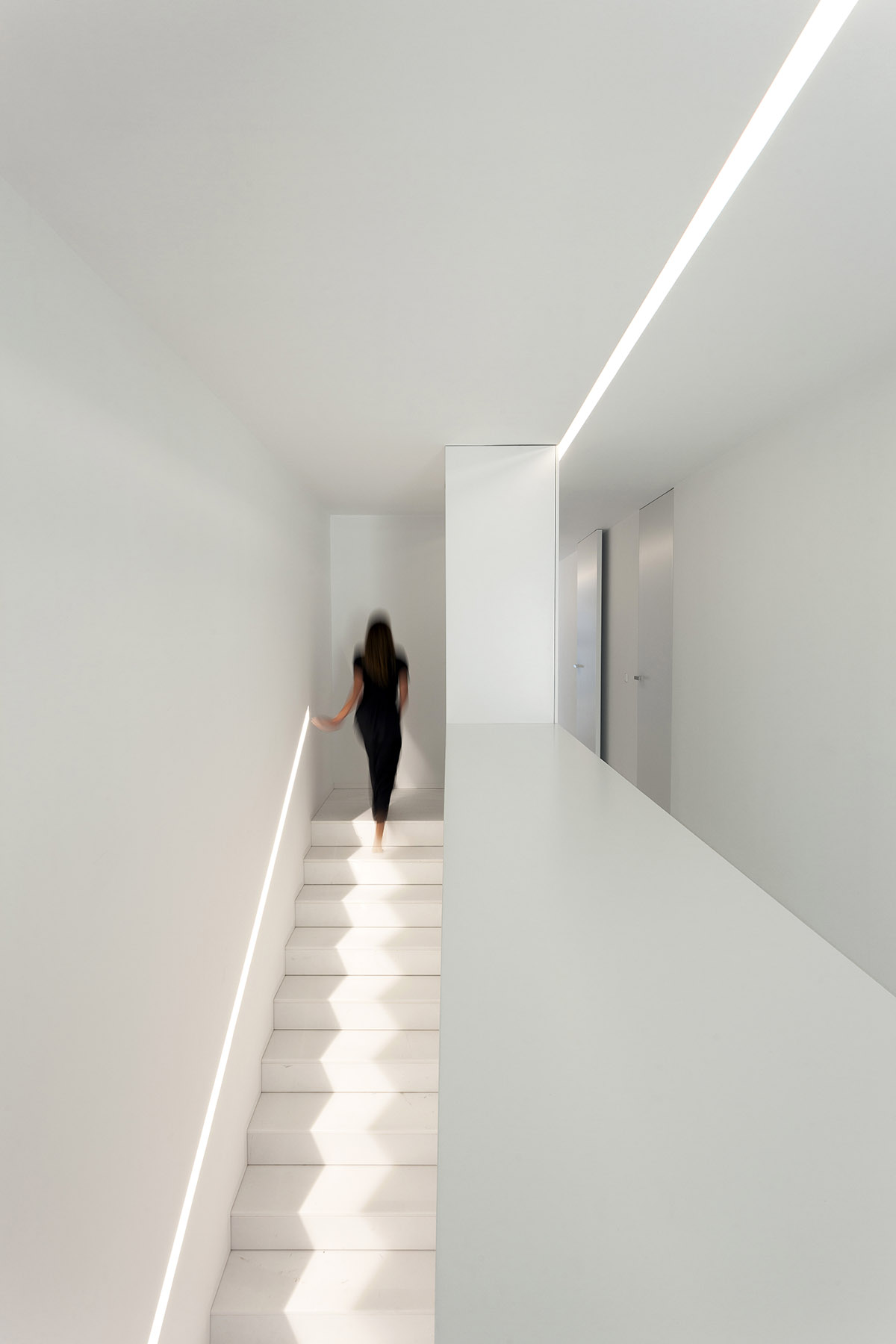 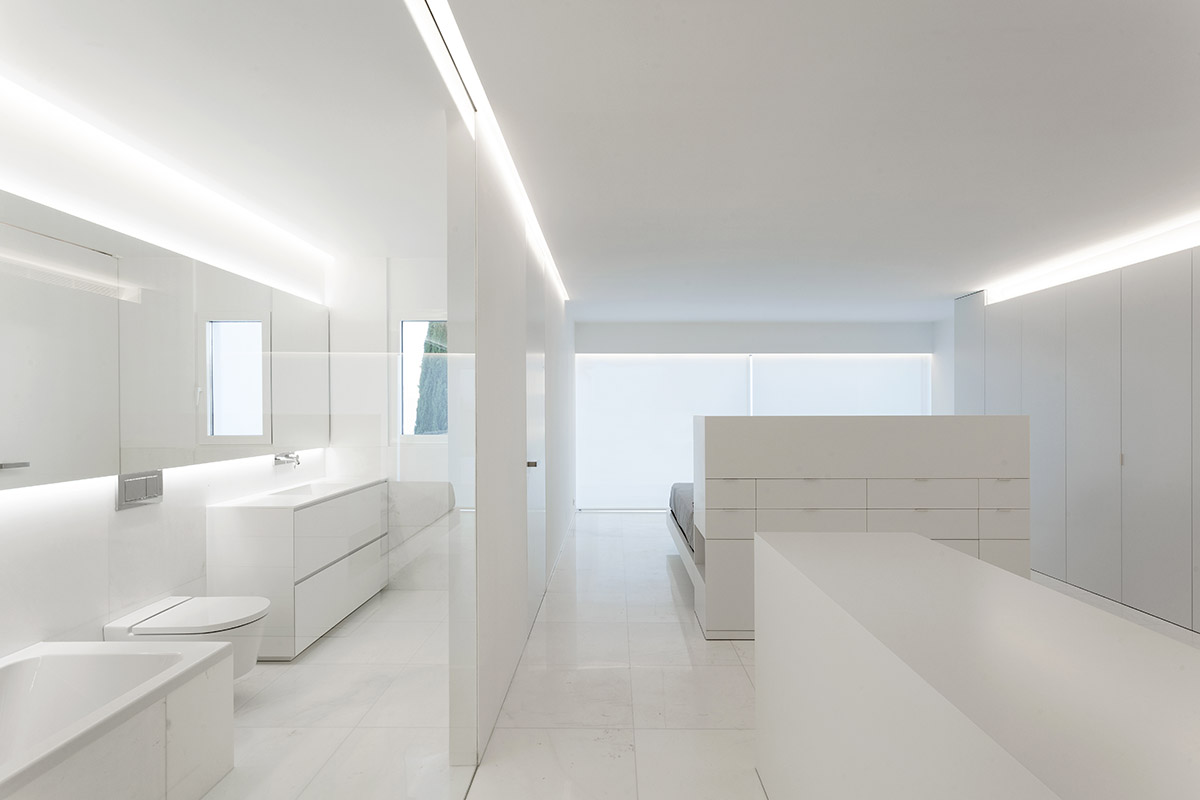 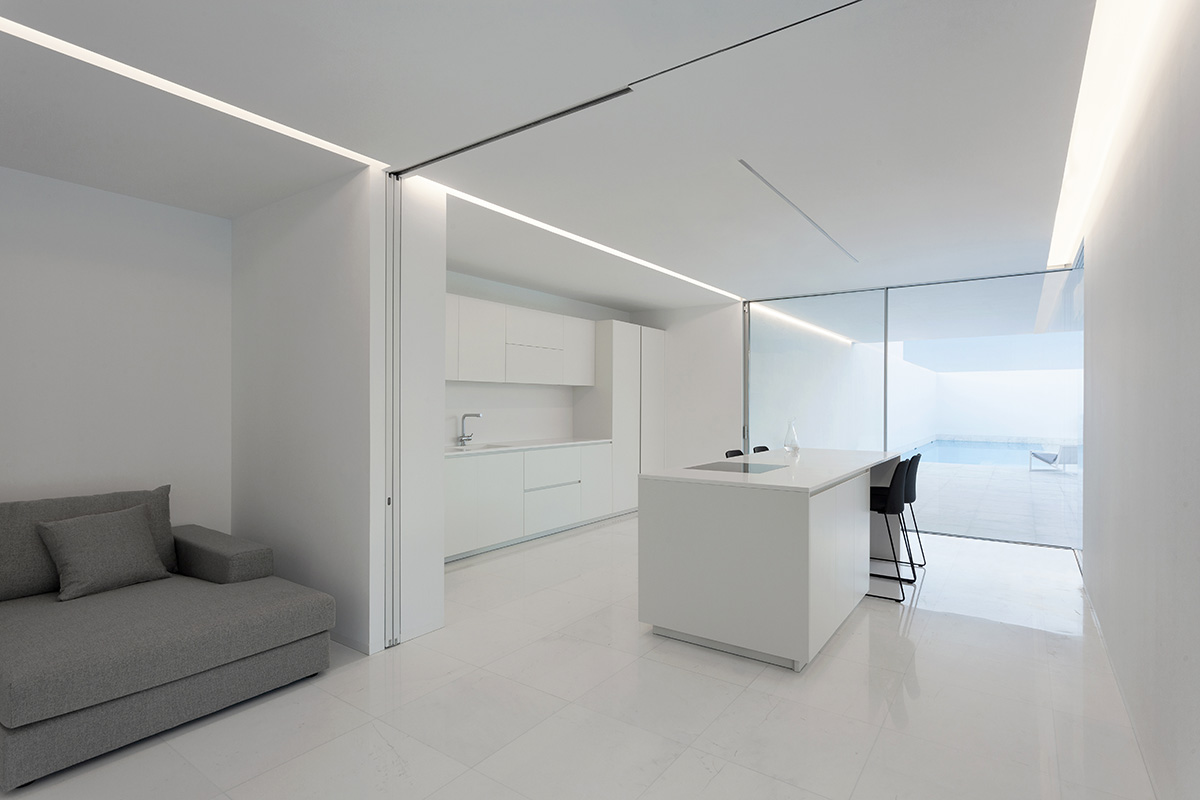 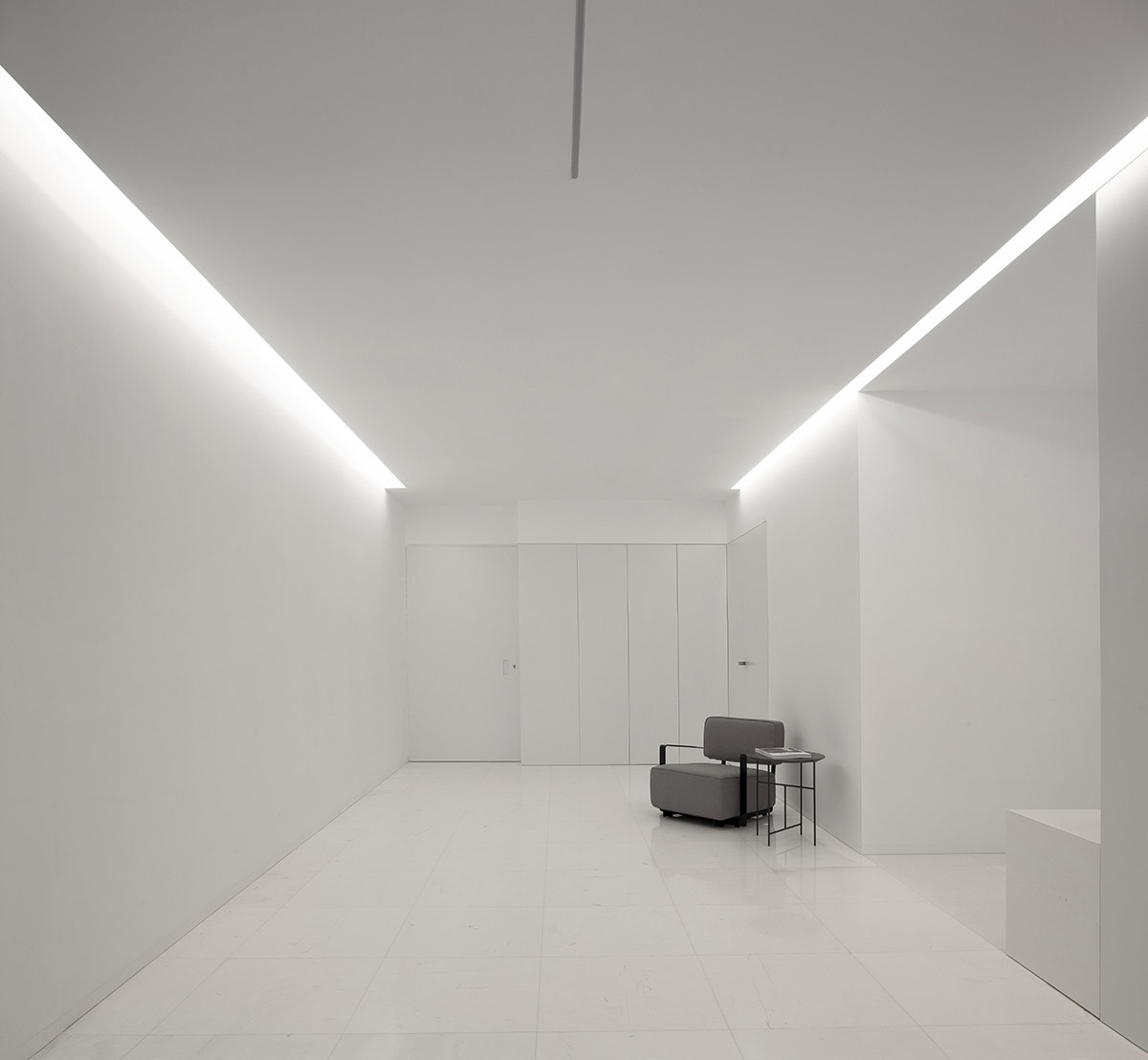 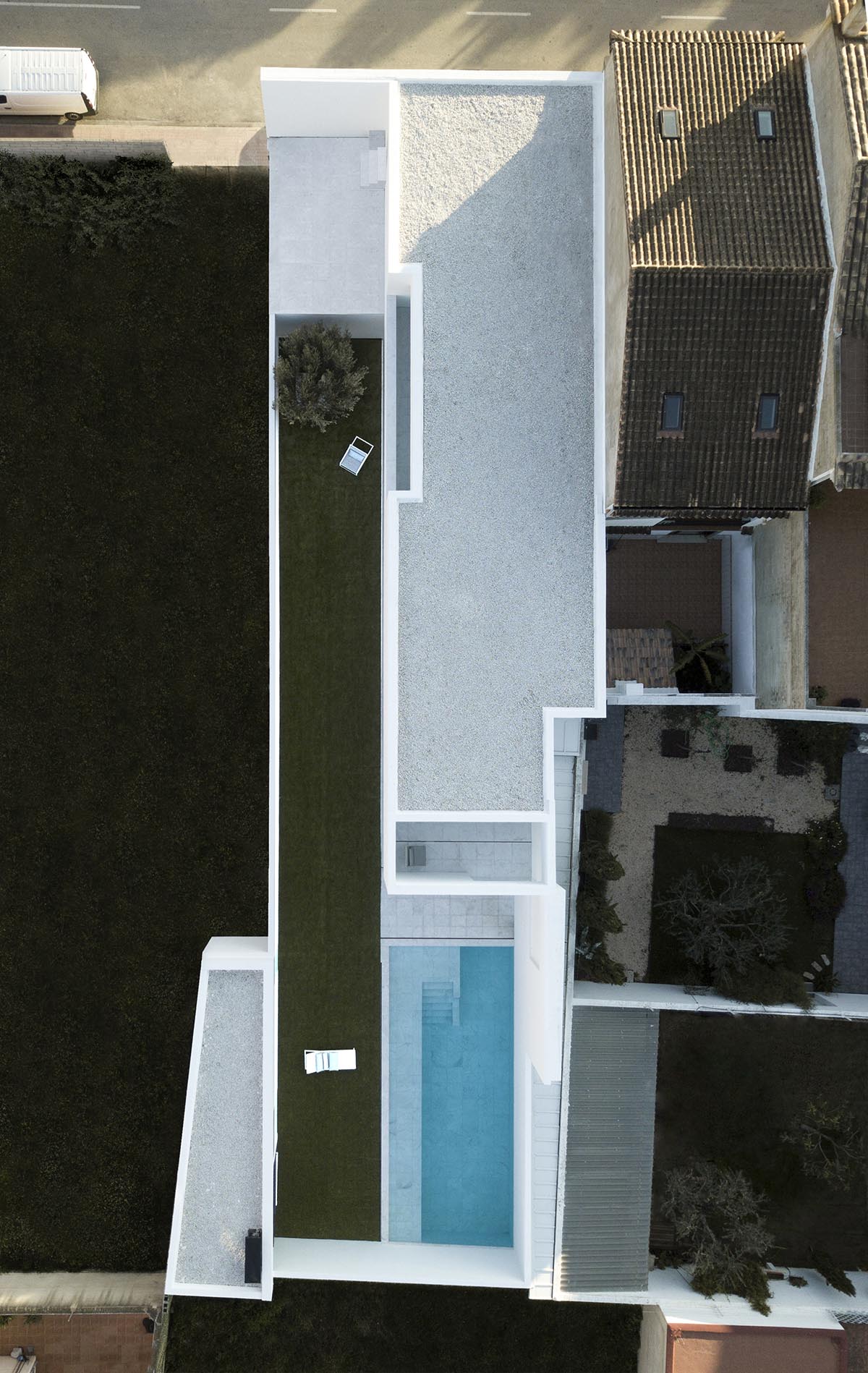 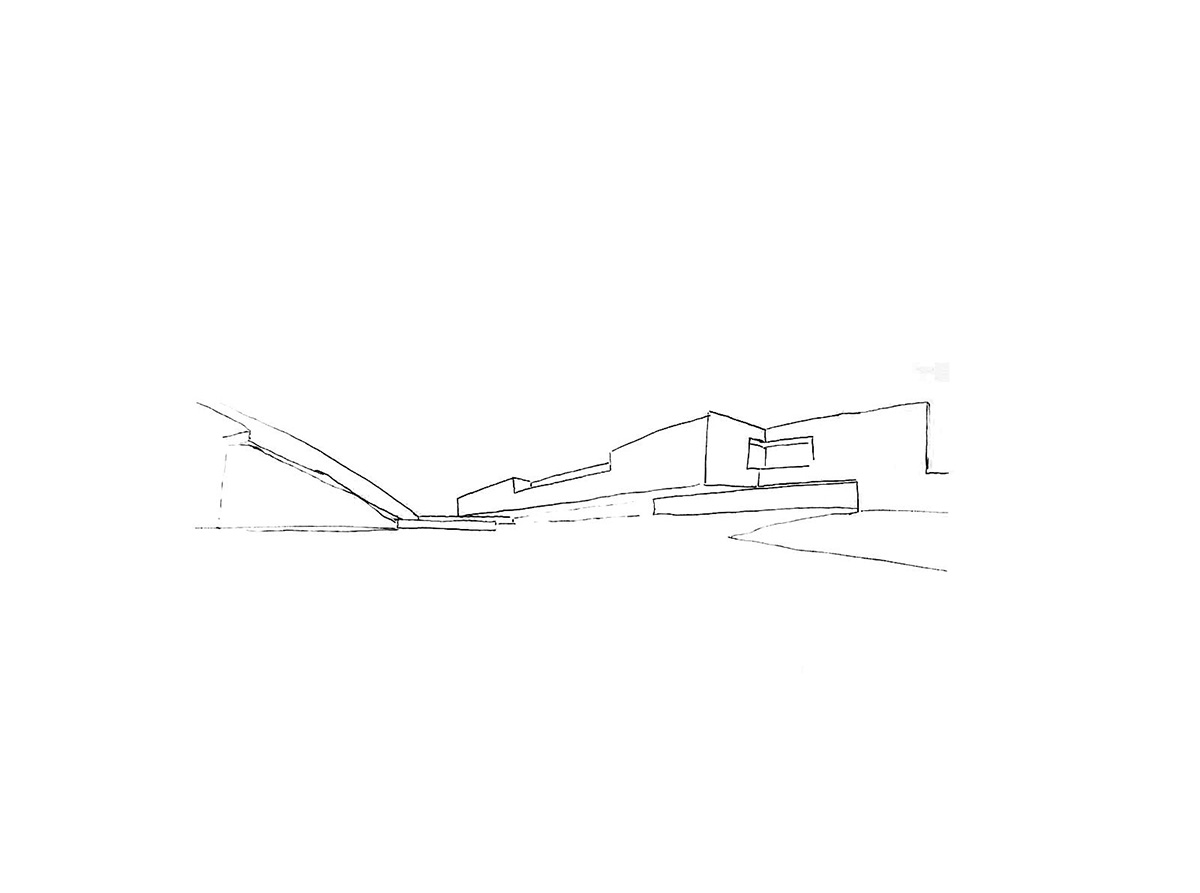 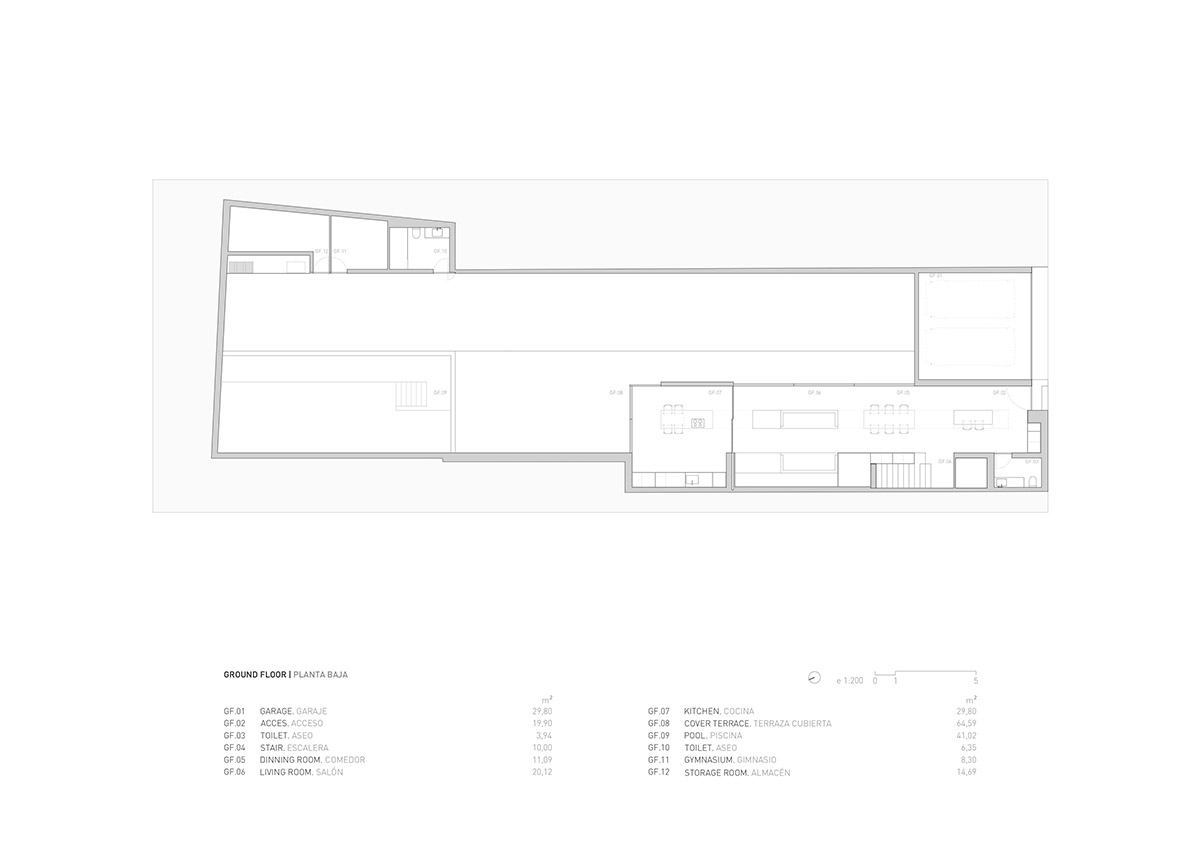 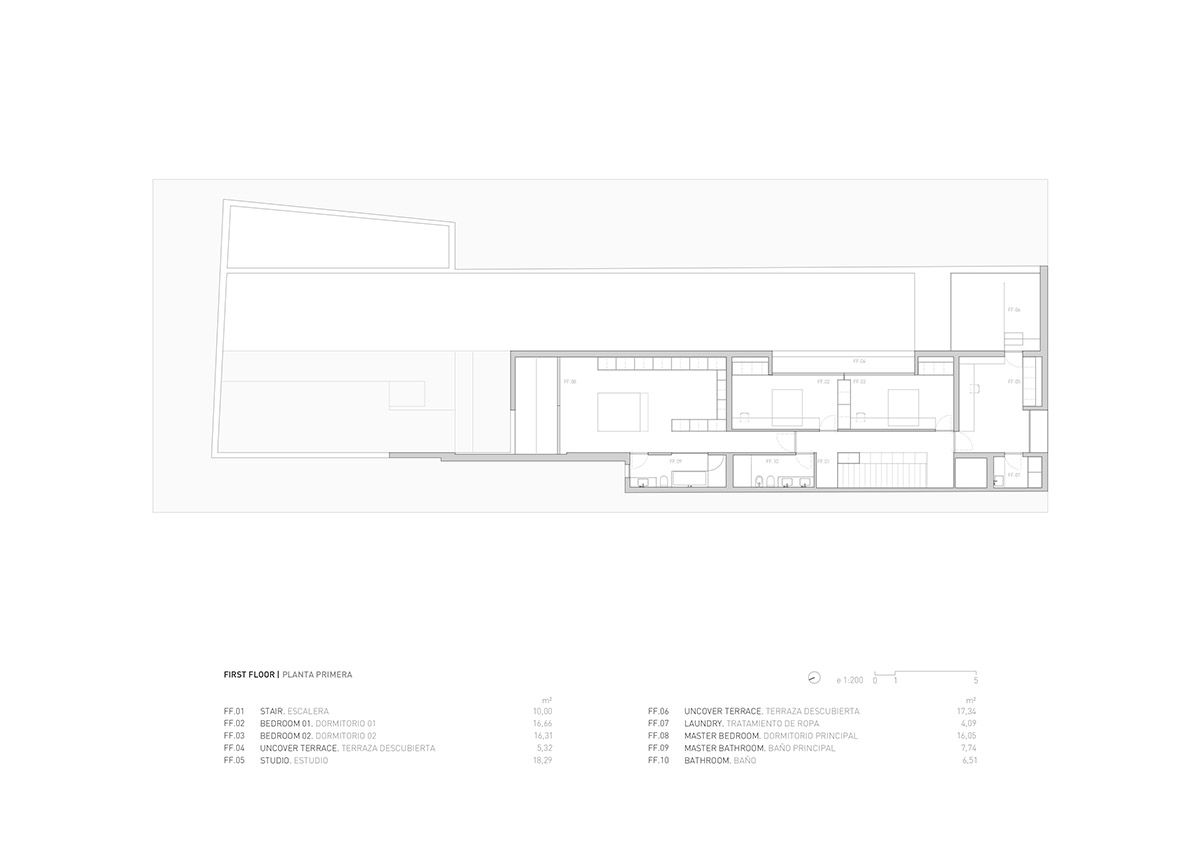 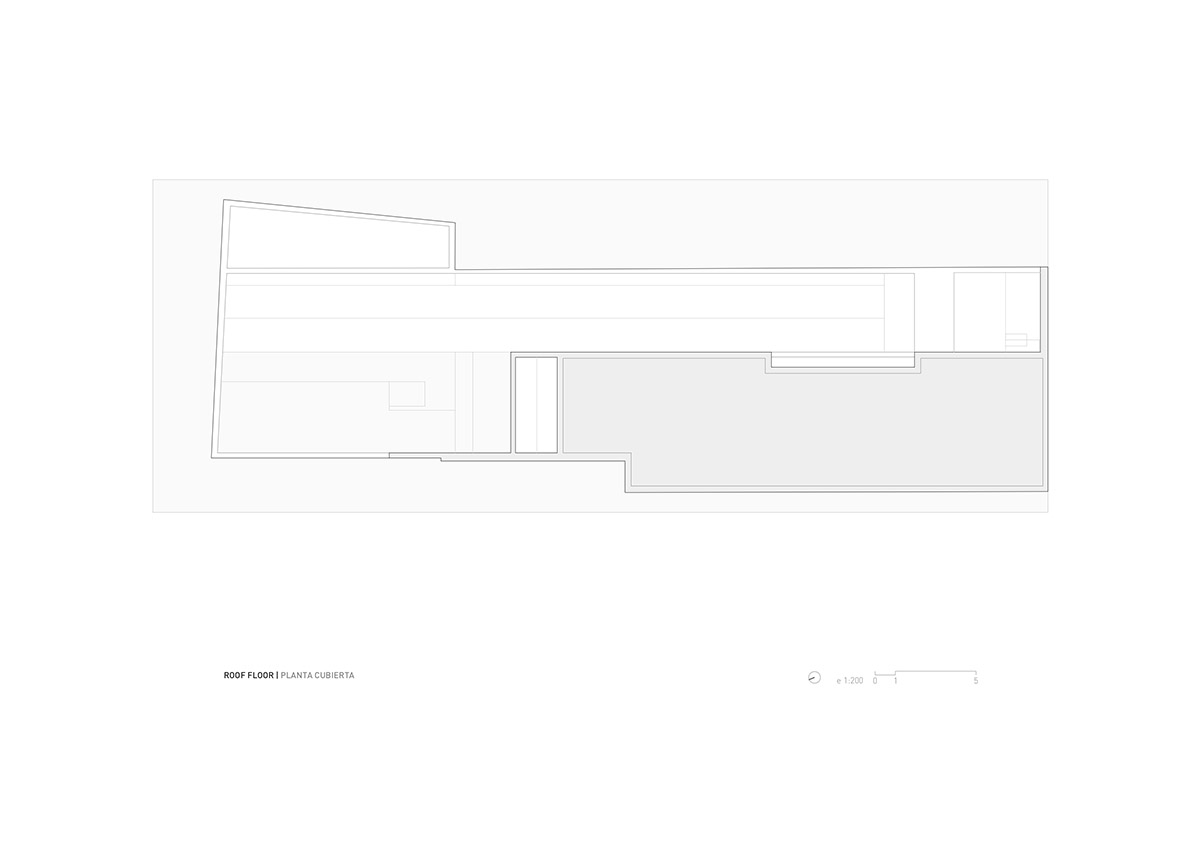 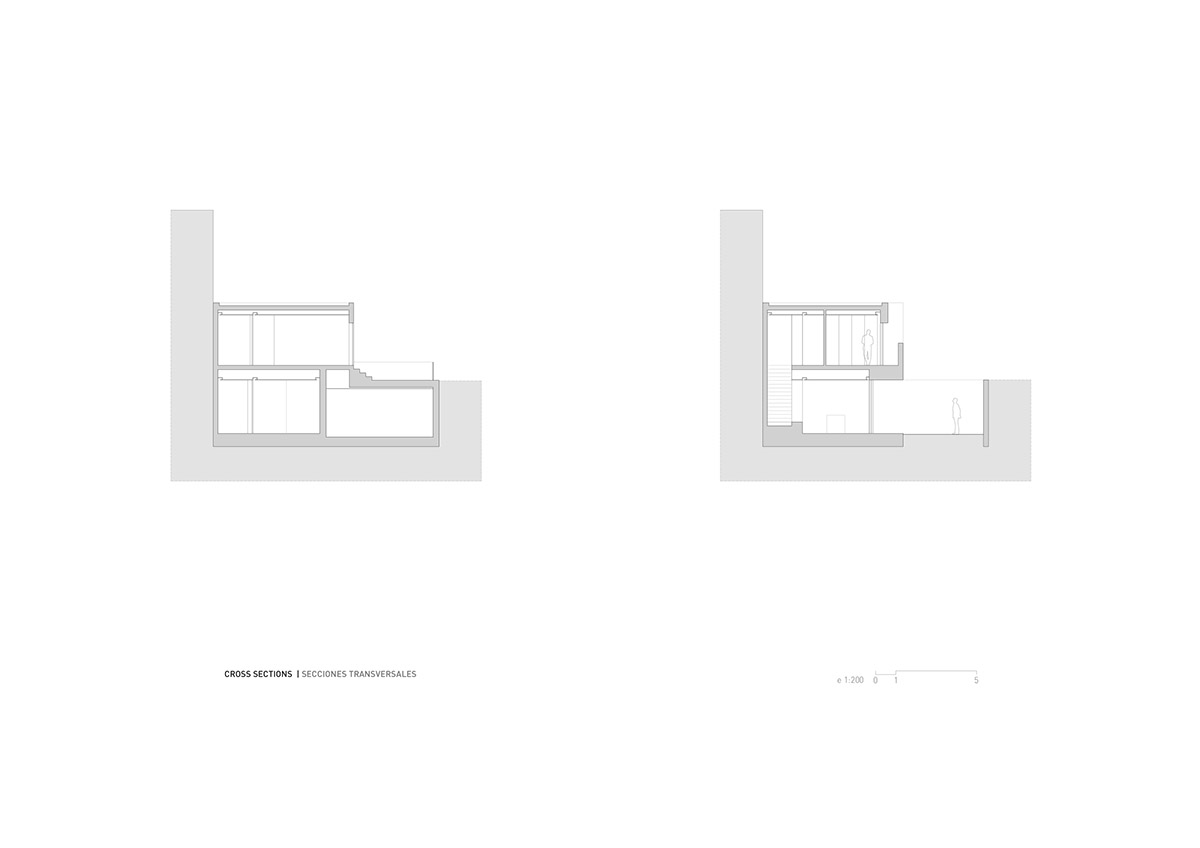 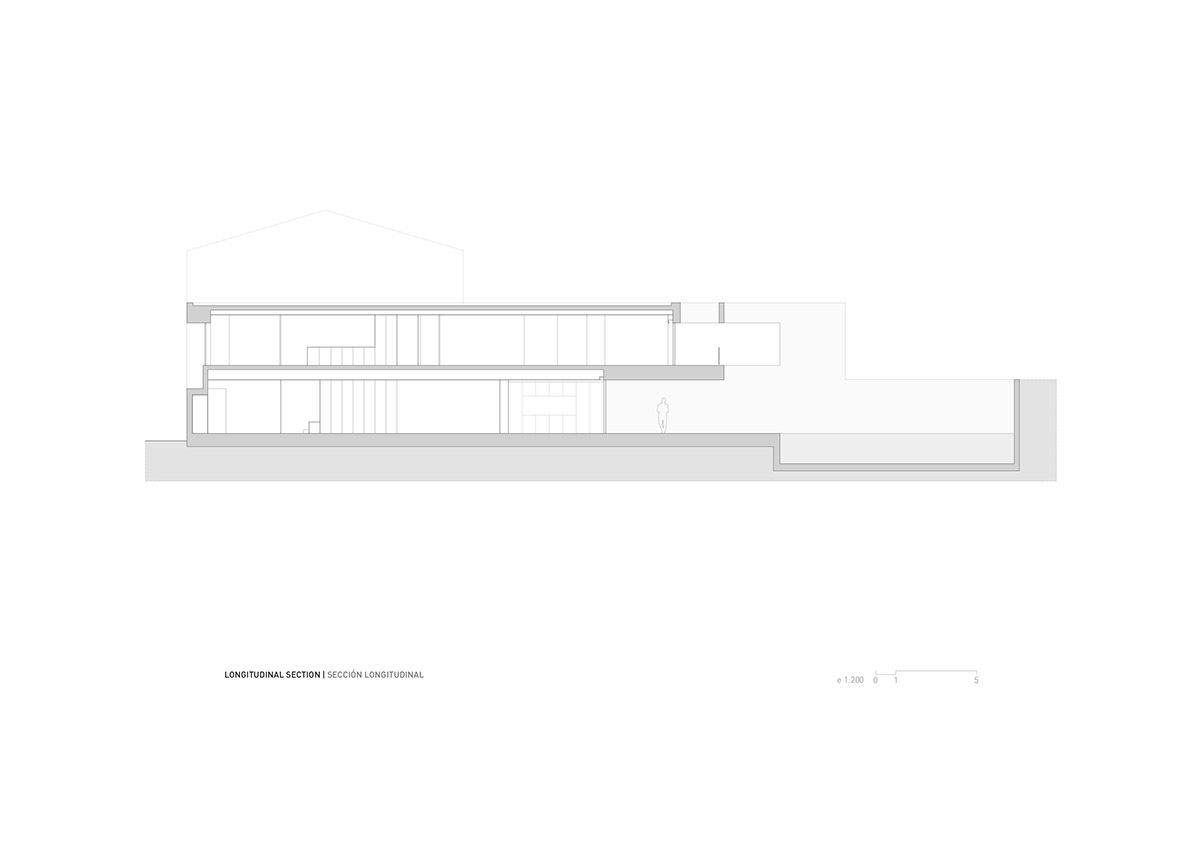 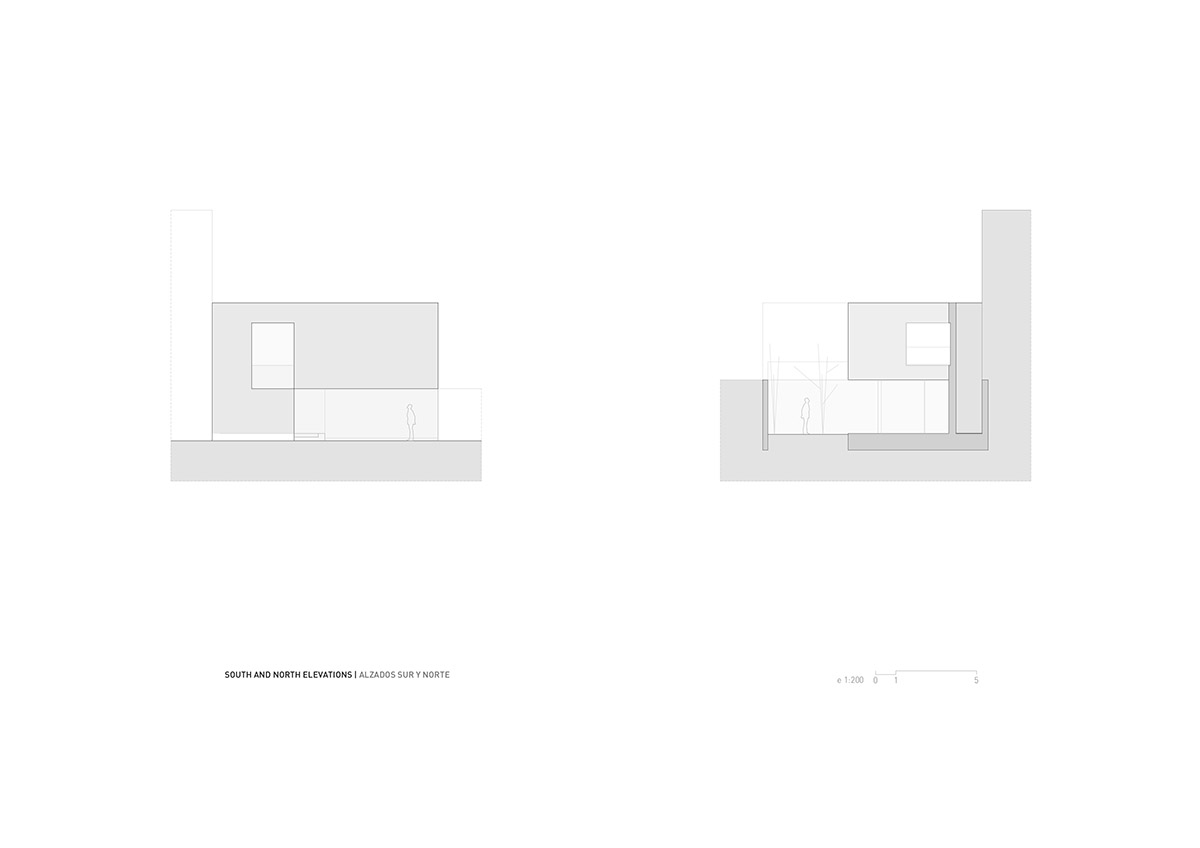 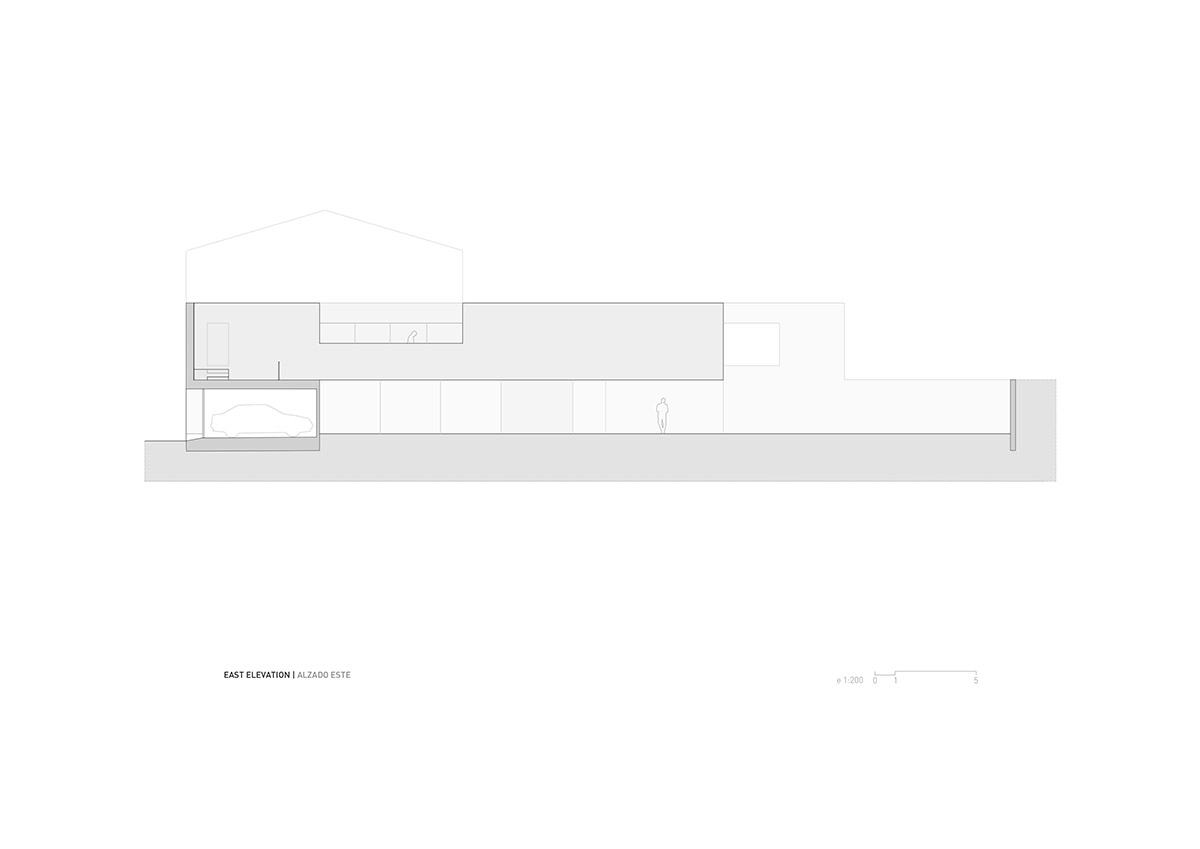 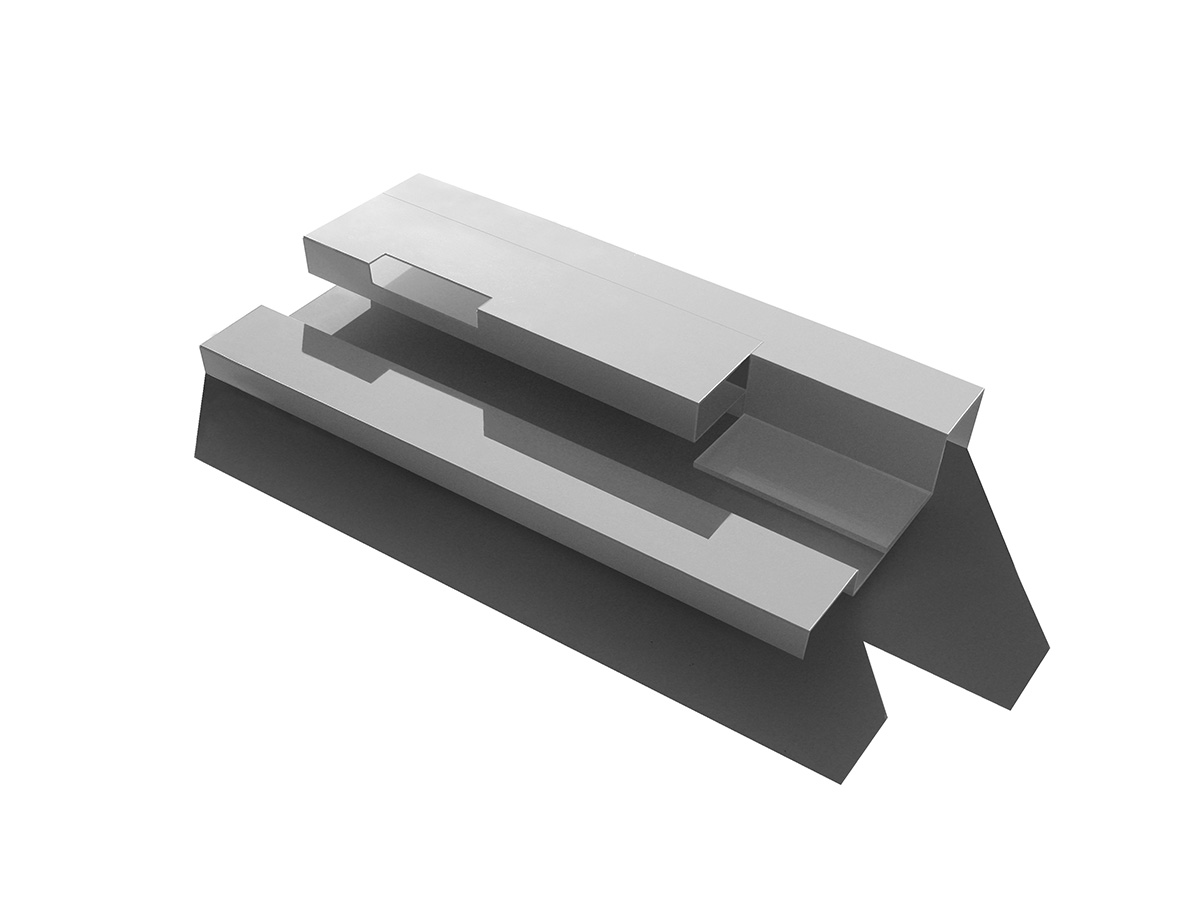