"Countryside, The Future" by Rem Koolhaas, on view at the Guggenheim New York 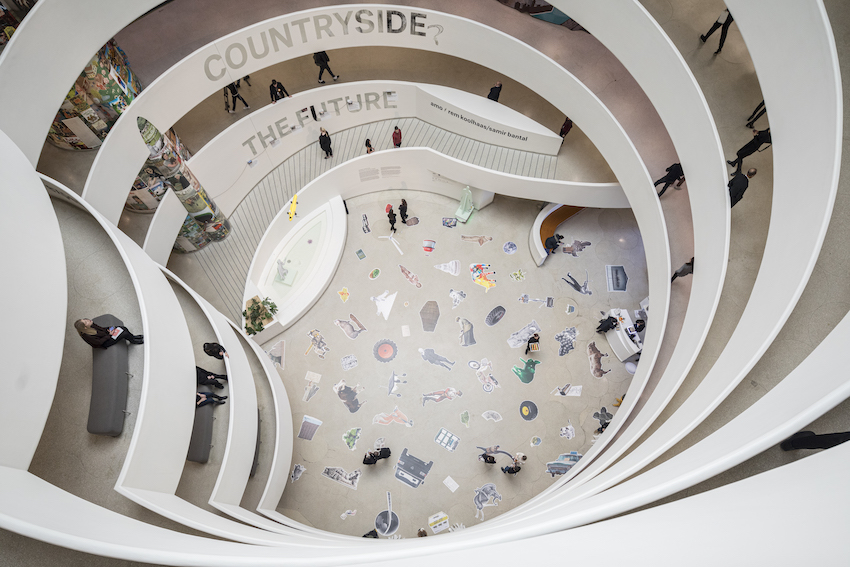 In 2007, the United Nations estimated that half of the world's population lived in cities, and projected that this figure would climb to between 70% and 80% by 2050. "Are we really heading for this absurd outcome, where the vast majority of humanity lives on only 2% of the Earth's surface, and the remaining 98%, inhabited by only one-fifth of humanity, exists to serve cities?" the opening text panel in the exhibition asks.

Titled "Countryside, The future", the exhibition is the culmination of a five-year-long research project trying to explore a new direction to architectural thinking that takes the spotlight away from urban territories. The show aims to focus attention on the 98% of the earth's surface that is non-urban and to question the planet's galloping embrace of cities. 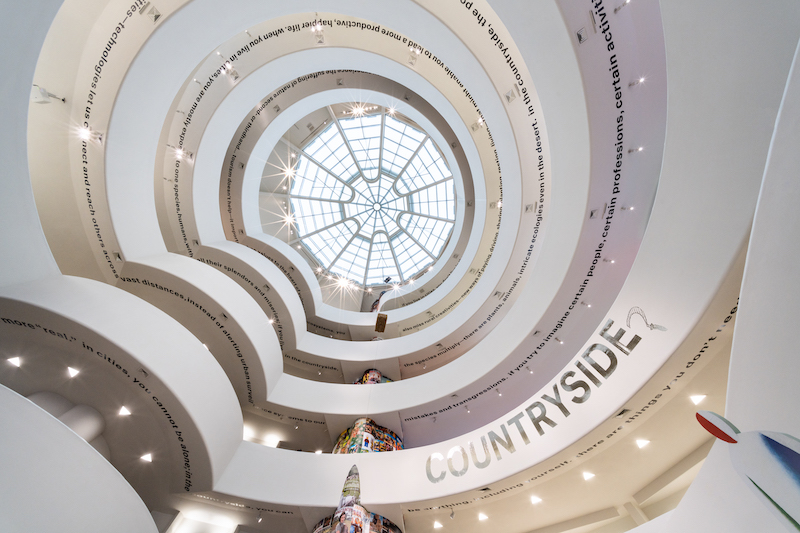 At Media Preview on February 19, which WAC was attended, Koolhaas and his team explained how they reflect years-long research into this show. Koolhaas emphasizes that this will be a unique exhibition for New York City's famous landmark dedicating itself to everything but without art.

"This is not an art show; it is an effort to explore the contours of a 'new' countryside" as Koolhaas defined the exhibition.

Curated by Koolhaas and Bantal and hosting the international collaborators, the Harvard Graduate School of Design, the Central Academy of Fine Arts, Wageningen University, and the University of Nairobi, it is the first significant research exhibition of the Guggenheim Museum in this magnitude. 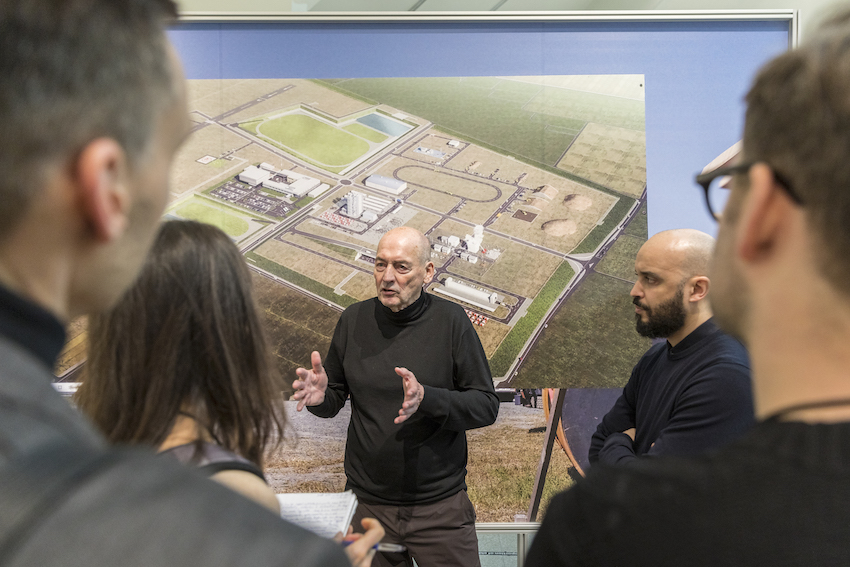 "In the past decade," Koolhaas said, "I have noticed that while much of our energies and intelligence have been focused on the urban areas of the world, the countryside has changed dramatically under the influence of global warming, the market economy, American tech companies, African and European initiatives, Chinese politics, and other forces."

"While there are tons of written books about the cities, the story of the countryside is mostly undocumented and untold, and this triggered to start this exploration," he added.

The exhibition occupies the entirety of Frank Lloyd Wright-designed rotunda and uses the building's architecture to tell a story that unfolds as visitors ascend the famous spiraling circulation route. Along the spiraling ramp of the Guggenheim, visitors encounter thematic groupings of images, sounds, objects, and texts that interweave references from across time and space. 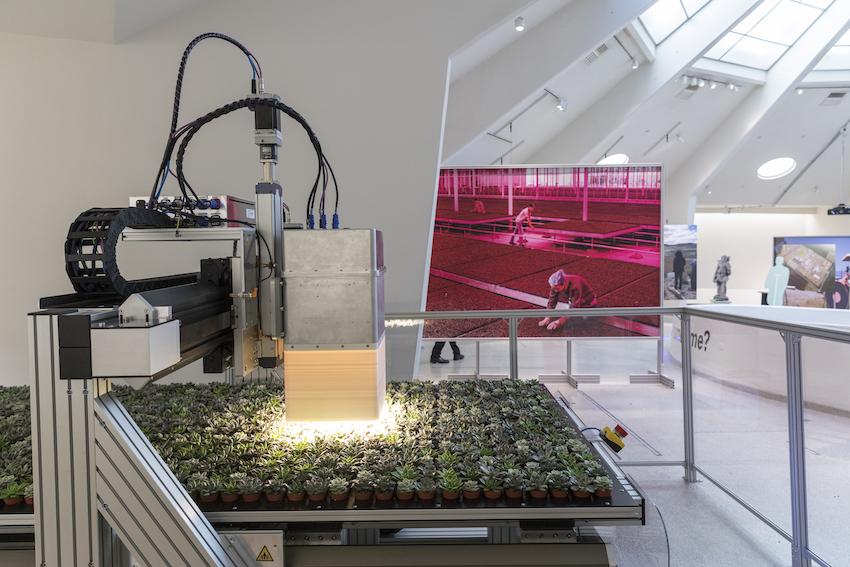 Exterior: Outside the museum entrance on Fifth Avenue, a hermetically sealed industrial grow container cultivates tomatoes under pink LED lights and a finely tuned microclimate. Also positioned at the entrance to the museum is a high-tech, state-of-the-art Deutz-Fahr tractor used in industrial farming. Image © Laurian Ghinitoiu, courtesy of AMO 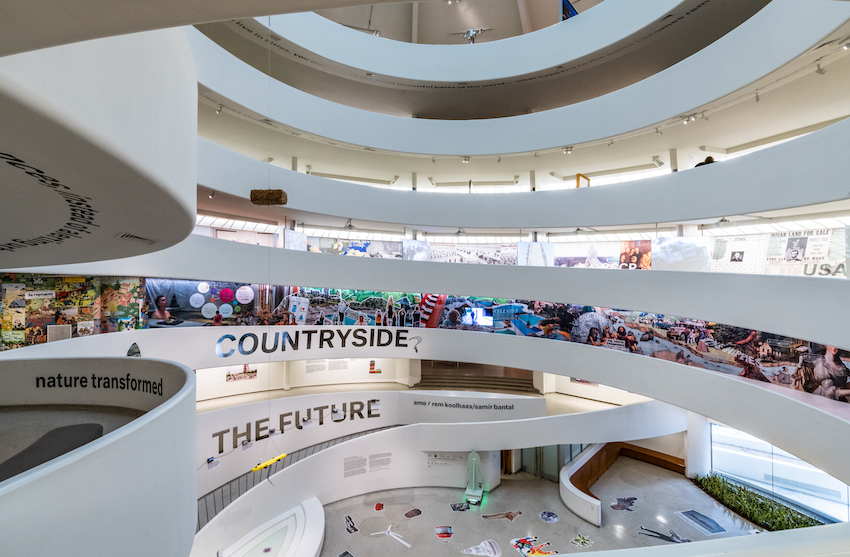 Rotunda: On the publicly accessible street-level floor of the museum are cut-outs, objects, and extracts in the style of an ancient Roman unswept floor. Suspended above the fountain in the rotunda is a small imaging satellite, an industrial-size bale of hay, and a COTSbot—a predatory starfish-killing underwater drone—is paired with a reproduction Roman sculpture of a fisherman. Installation View: Countryside, The Future, February 20–August 14, 2020 Photo: David Heald © Solomon R. Guggenheim Foundation. 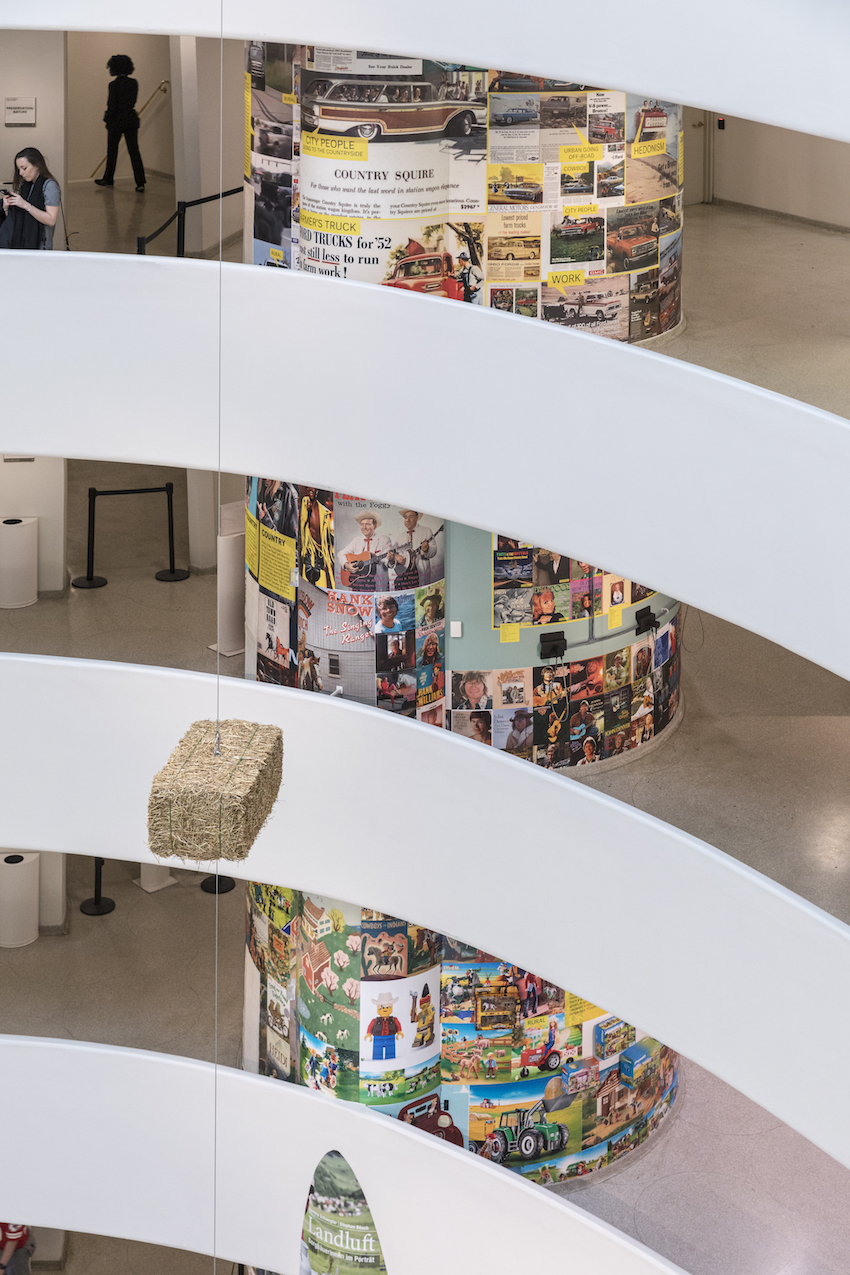 Level 1 and High Gallery: Introduction
Koolhaas’s essay, titled “?,” composed of questions related to the countryside, is featured on the wall of the High Gallery alongside an animated map that identifies the geographic scope of the project. Also introduced on Level 1 is the “Semiotics Column,” created by journalist Niklas Maak with students at the Harvard Graduate School of Design, in which one of the few vertical elements of the Guggenheim Museum building is plastered with a matrix of images from advertisements, fashion campaigns, toys, and country music to illustrate fantasies and stereotypes of rural life. Image © Laurian Ghinitoiu, courtesy of AMO 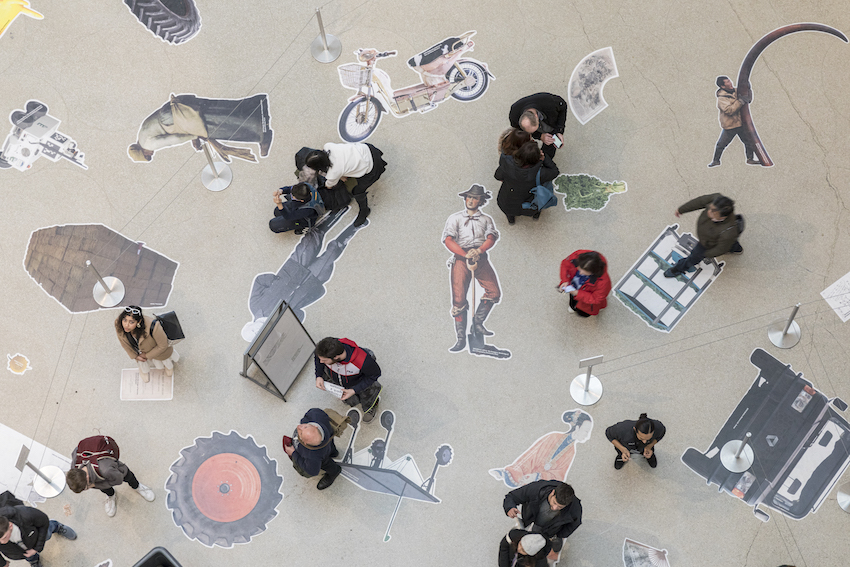 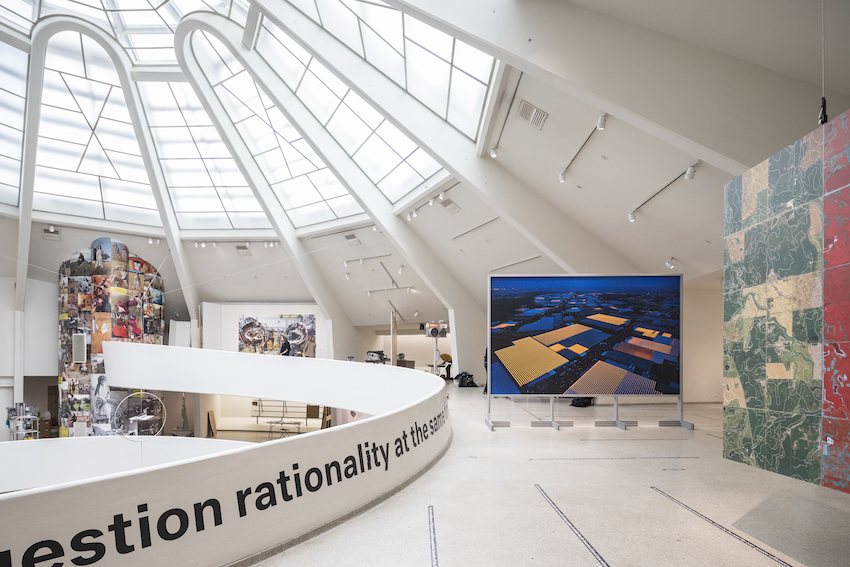 "By shifting his studies away from cities, and towards the countryside (a term the organizers admit is 'glaringly inadequate'), Koolhaas hopes to shine a light on corners of the earth that have remained examined and undocumented."