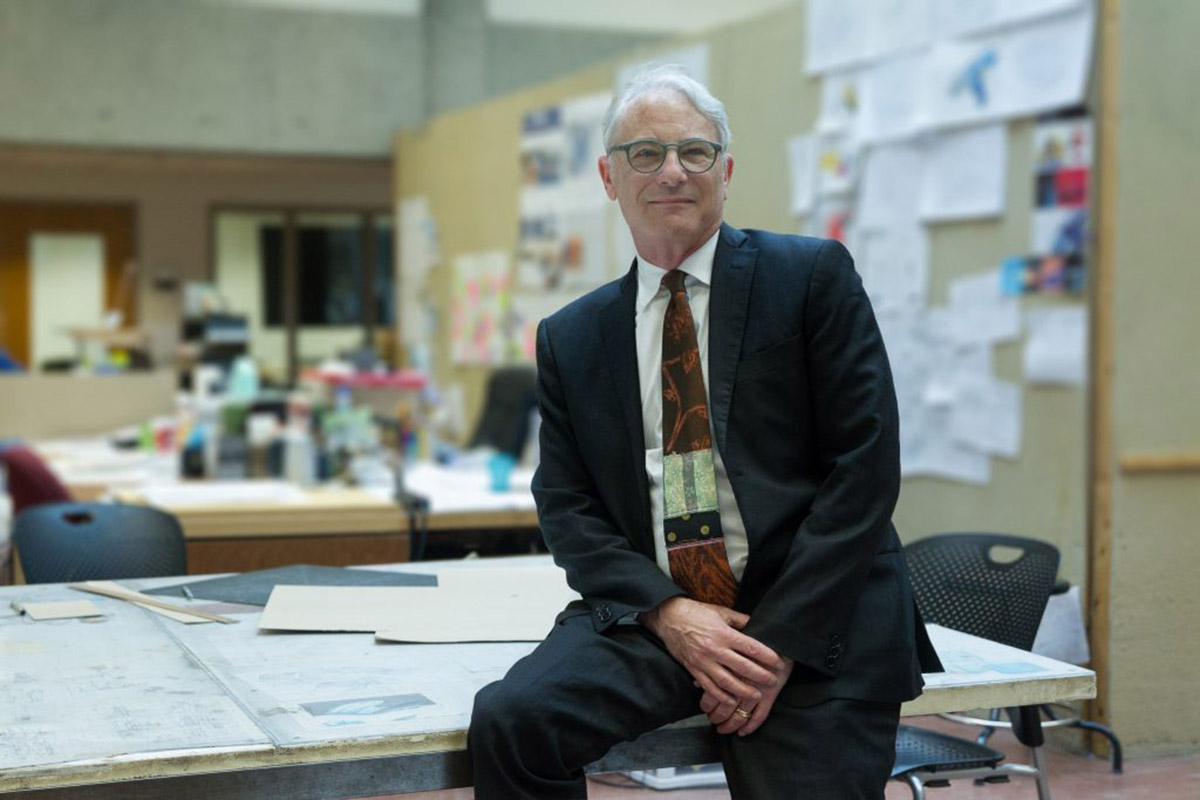 Announced in a press release on March 10 on the school's website, Betsky will take on his role as of June 1, 2020, succeeding Hunter Pittman, who has led the School of Architecture + Design since 2016.

Pittman will now return to the school as an associate professor to pursue research and teaching in both the undergraduate and graduate programs.

"The School of Architecture + Design in particular has a stellar history of experimentation and leveraging its position within a land-grant institution to serve its many communities – particularly in the Commonwealth of Virginia, but also beyond."

"I look forward to furthering the school’s commitment to using technology as a tool to build better cities and steward the landscapes we inhabit in ways that are not only beautiful, but also deeply sustainable for our planet into the future," Betsky added.

"Aaron is a proven leader with demonstrated dedication to cross-disciplinary exploration, academic excellence, and educational innovation," said Richard Blythe, dean of the College of Architecture and Urban Studies.

"His international standing and connections in architecture and design are considerable and will undoubtedly help the college expand its global reach, activities, and influence. Aaron’s career path exemplifies the Beyond Boundaries approach of disciplinary interconnectedness and depth, as well as breadth."

"I would like to thank Hunter for his leadership and service as director over these last several years," added Blythe.

"His dedication has led to valuable contributions in the school’s architecture, landscape architecture, interior design, and industrial design programs."

As a scholar and practitioner interested in the intersectionality of disciplines, specifically in the service of addressing large-scale and complex problems, Betsky was also drawn to Virginia Tech through its commitment to the Beyond Boundaries vision and related initiatives found in the university’s strategic plan.

"Virginia Tech has a strategic plan that is truly carried by the entire university community," Betsky said. "It’s rare to find faculty and staff investing in actions and initiatives in ways that engage every corner of the university. I think this level of commitment will have a true effect of driving the institution forward."

Active in professional service throughout his career, Betsky has served as a board member, councilman, and chairman for a number of art, architecture, and publishing organizations. He received his bachelor’s degree in history, the arts, and letters in 1979 and his master’s of architecture in 1983, both from Yale University.

> via Virginia Tech’s School of Architecture and Design