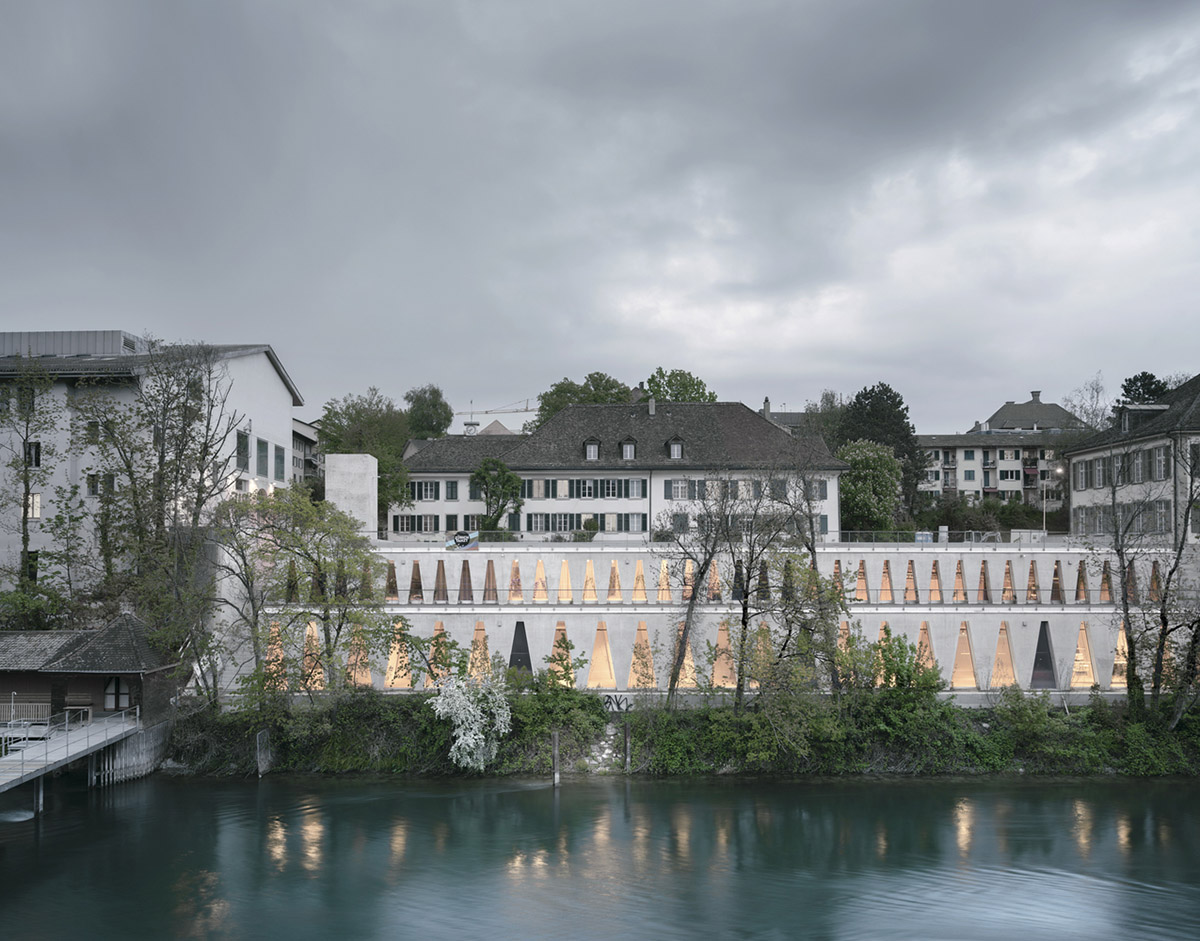 A new cultural center features a series of tiered trapezoidal openings to characterize the interiors of the building and allow a strong visual perception along the Limmat River in Zürich, Switzerland.

Designed to bring a new identity and to reactivate the promenade, the new cultural center was designed by Barcelona-based architecture practice Estudio Barozzi Veiga, the studio is known for its famous Philharmonic Hall of Szczecin, Szczecin, Poland. 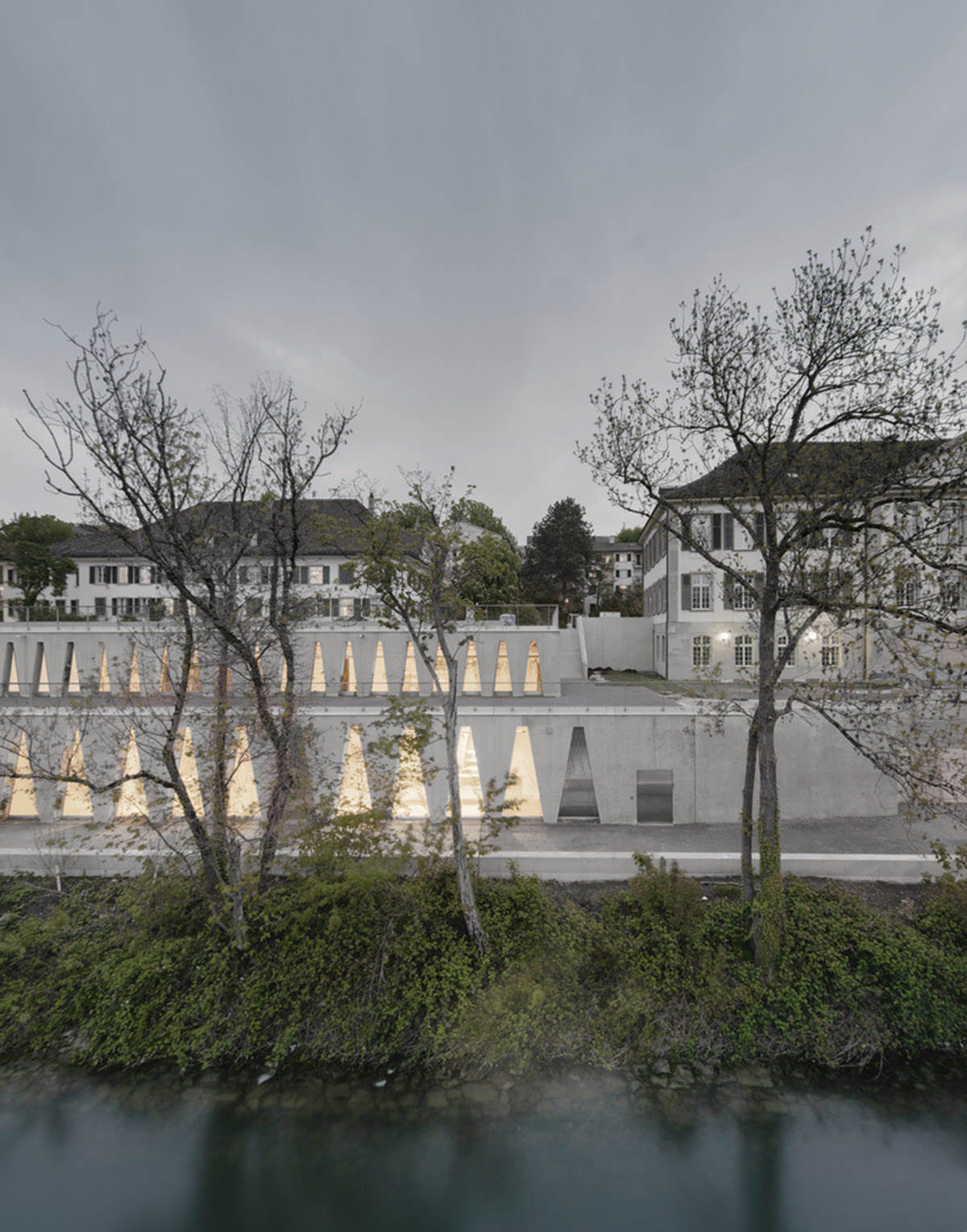 Showing itself as a strong volume, the 1500-square-metre building, named Tanzhaus Zürich Cultural Center, was built on a plot in where the previous-existing municipal building at Wasserwerkstrasse 127a in Zürich- Wipkingen, which was accommodating the Tanzhaus and the Swiss Textile School. It was destroyed by a fire in 2012.

In 2014 Barozzi Veiga won the international competition carried out by the Amt für Hochbauten Zürich, for the construction of a new Tanzhaus and the transformation of the entire bank of the river Limmat. 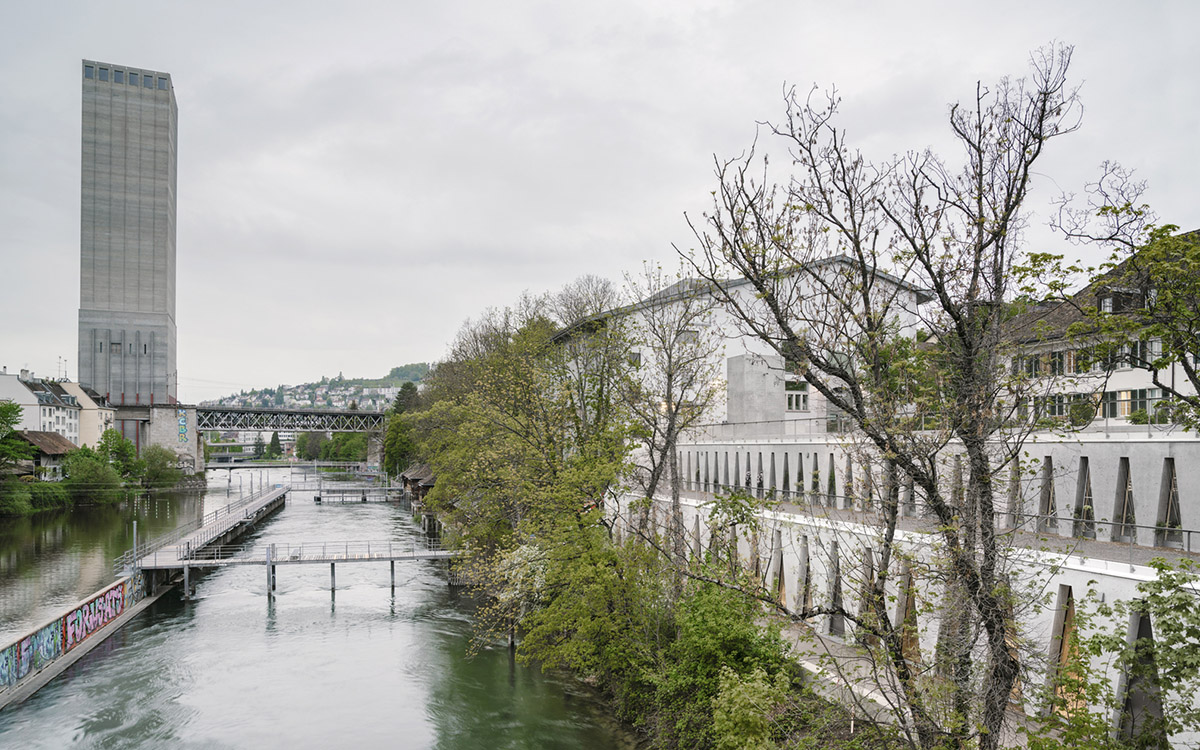 Alongside its contribution to the existing site, the project aims to transform and redefine the previous residential conditions of the location. 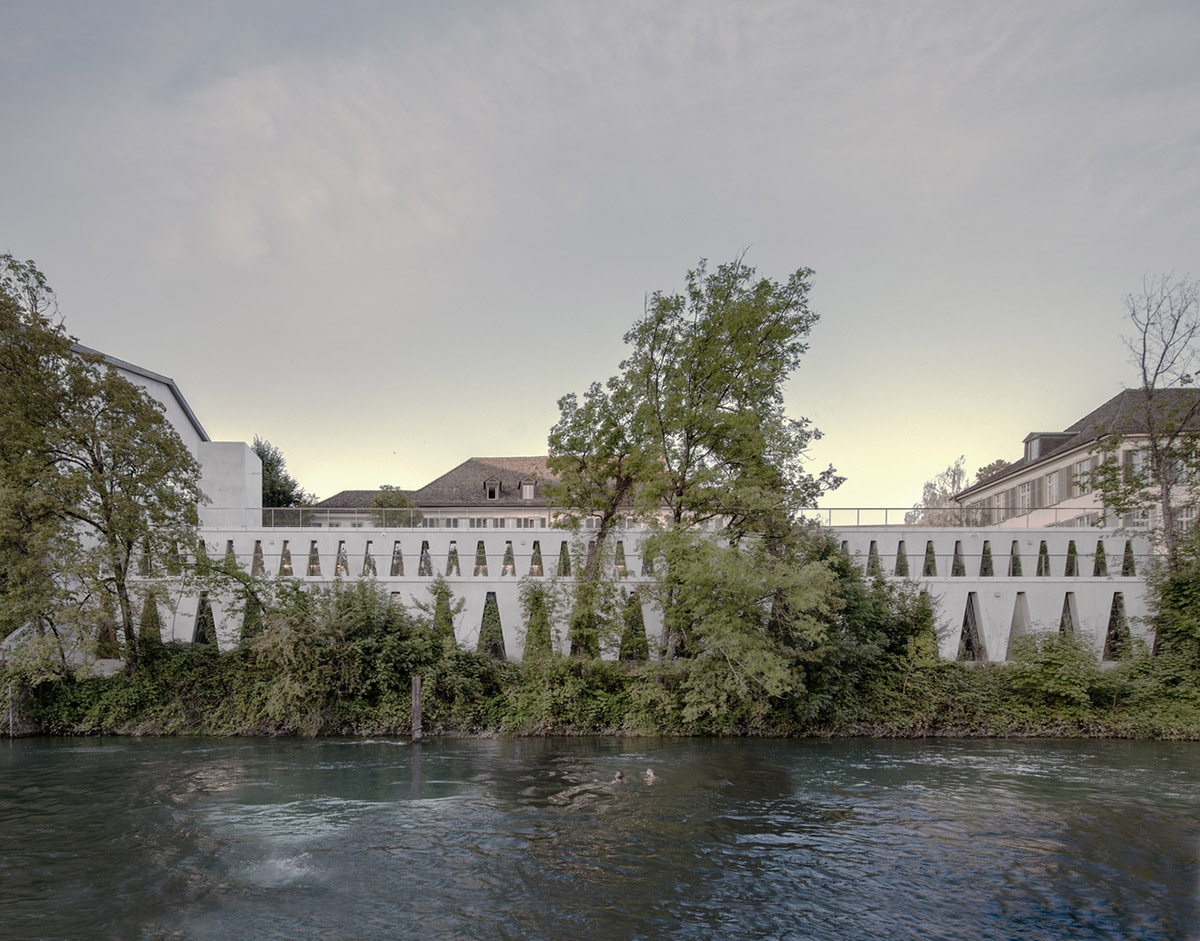 "In this way, the building is defined as a simple and tiered volume of space, integrated into the slope and barely noticeable from the outside," said Estudio Barozzi Veiga in its project description.

"An element that enables a new public space to be generated on its roof and that connects the existing itineraries at different levels that intertwine along its bank."

"The transformation had sensitively addressed the listed building ensemble. By precisely incorporating the replacement new building into its environment, the project skilfully combines old and new," added the architects. 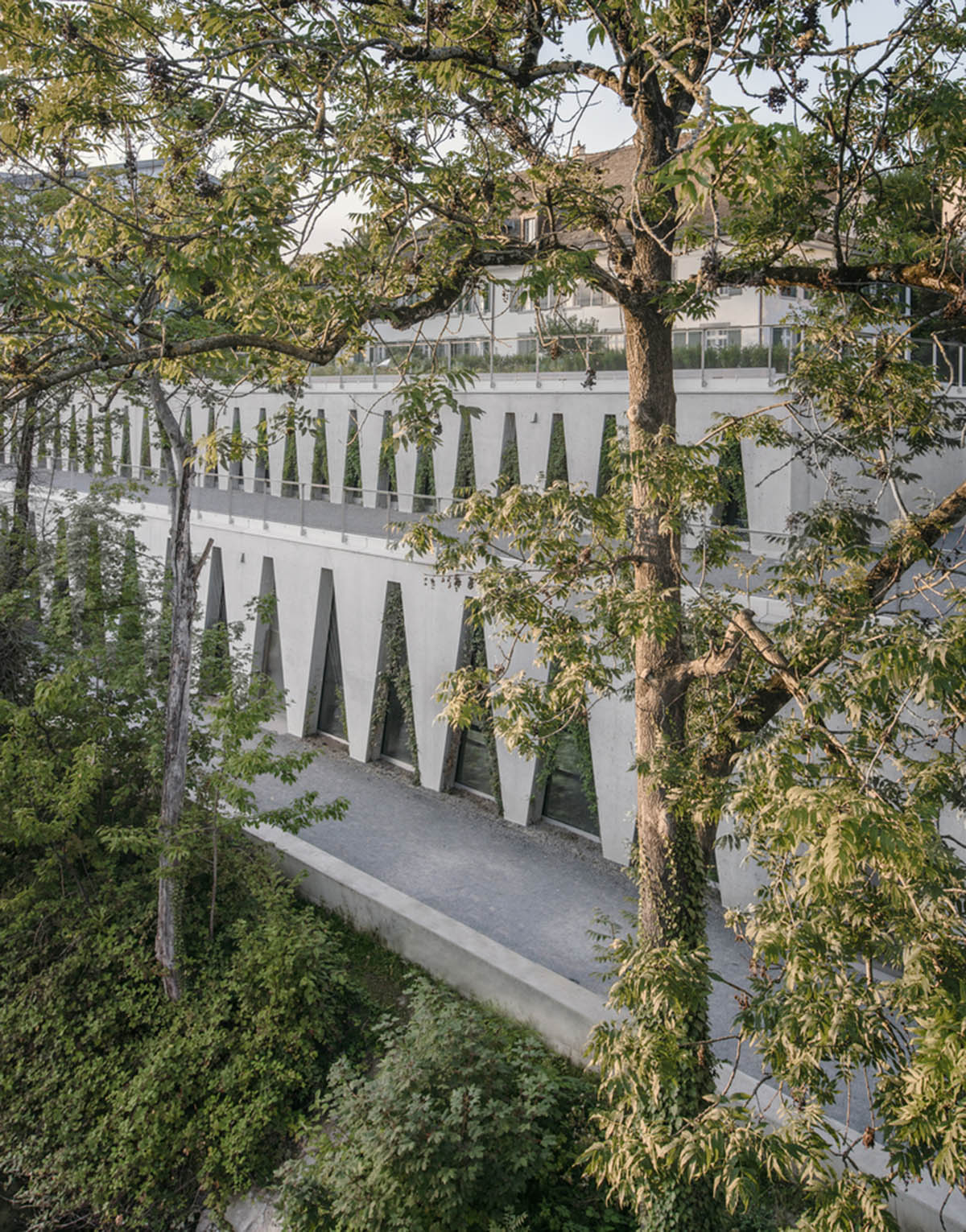 The building resolves the relationship with its surroundings through the definition of its main elevation. This consists in a sort of infrastructure, a continuous façade that can be read as a reinterpretation of existing surrounding elements, which are evidences of the industrial past of this area (i.e. the overpassing passages, the continuous modular metal structures of the bridge, the baths’ longitudinal piers). 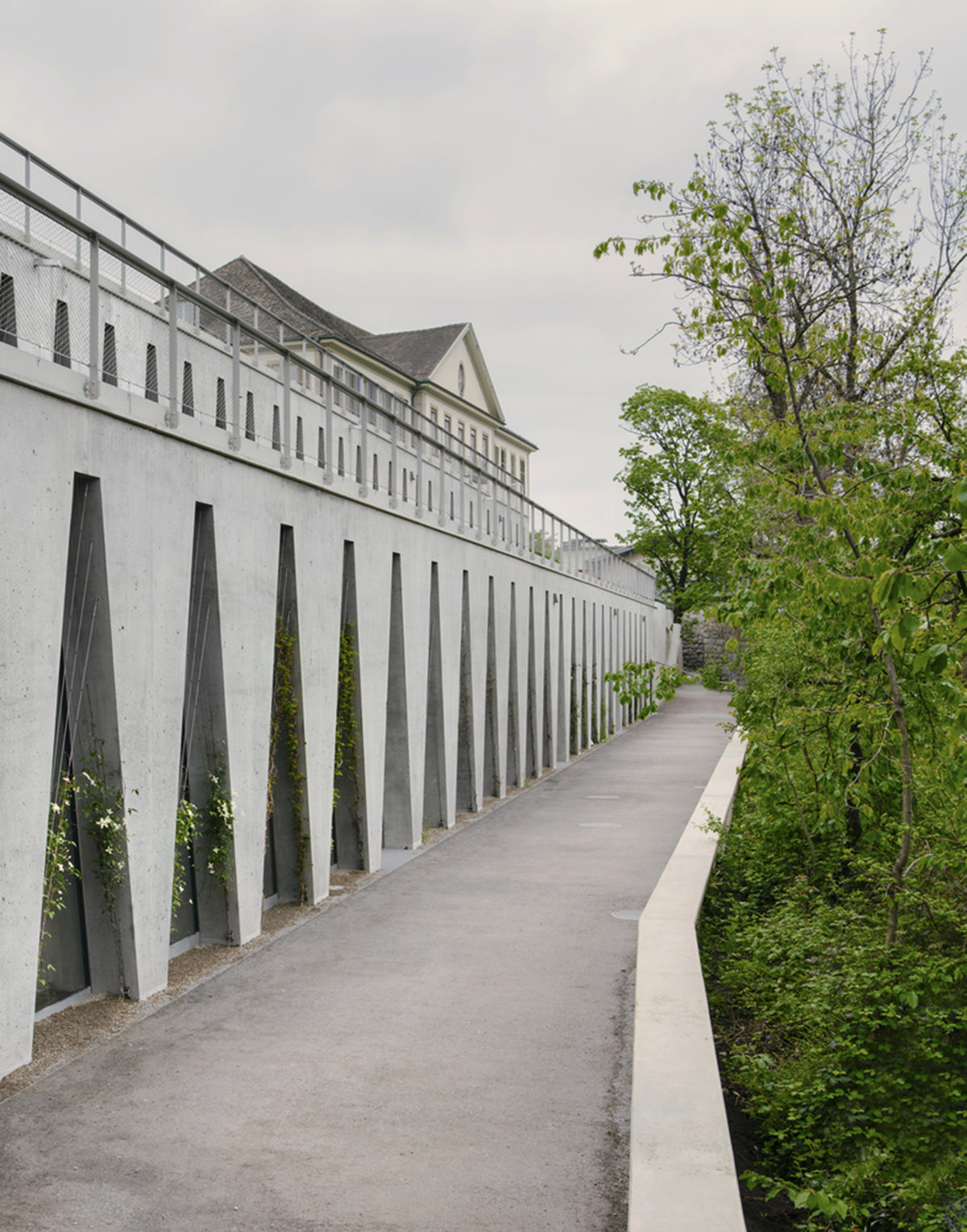 "The choice of the trapezoidal form is the result of a transformation of the traditional orthogonal system of pillars, beams and rectangular openings," stated the architects.

"Indeed, the repetition of this particular shape and the use of a performing insulating concrete allowed for a continuous structural façade, which, at the same time, protects and characterizes the building." 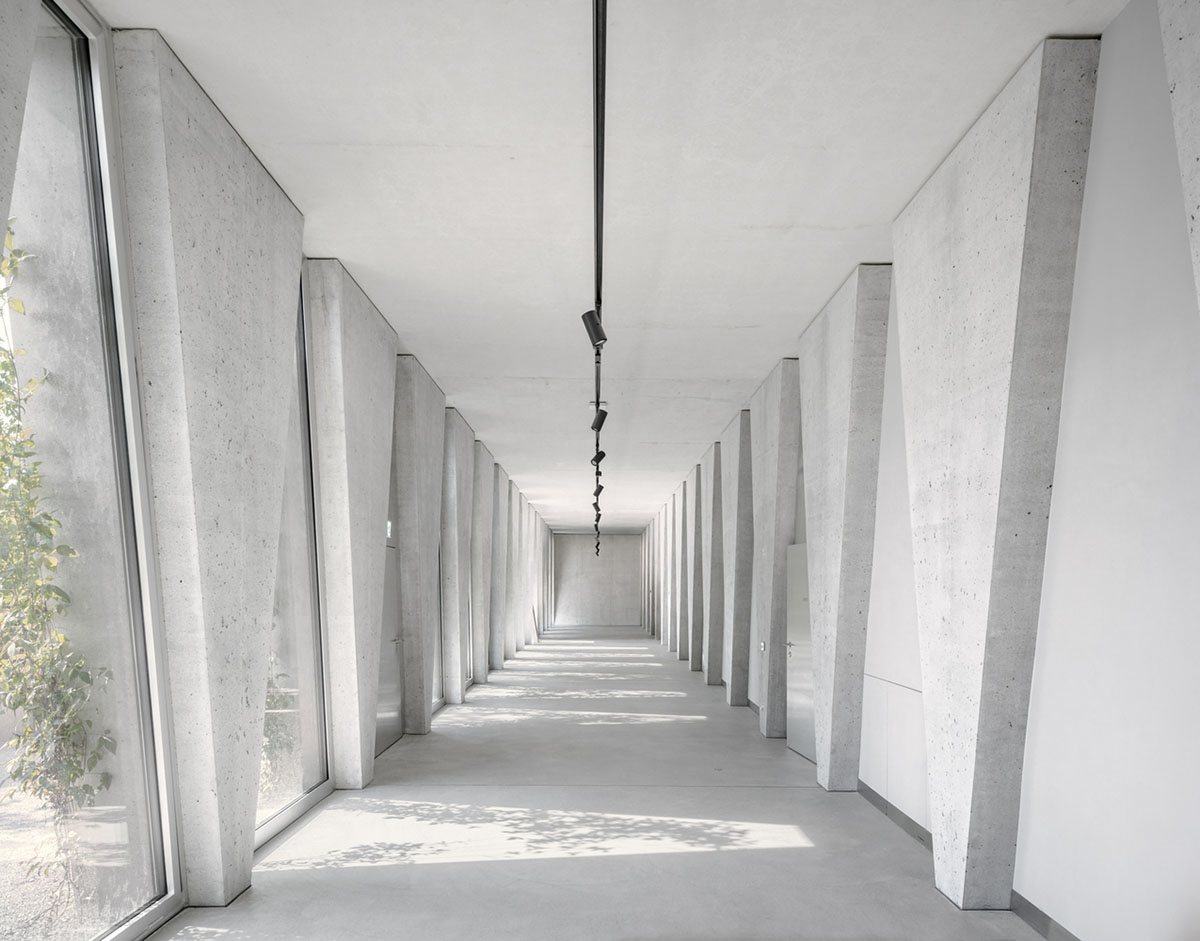 The uniform façade defines and evenly opens up to the entire public space along the river, connecting the outdoor space to the foyer, extending and enriching the new public space.

The geometry of the trapezoidal openings simultaneously allow both for this extremely permeable façade and to control and shape the entry of the natural light inside the building. The resulting shadows given by the facade drawing and the vegetation become one of the main features of the foyer. 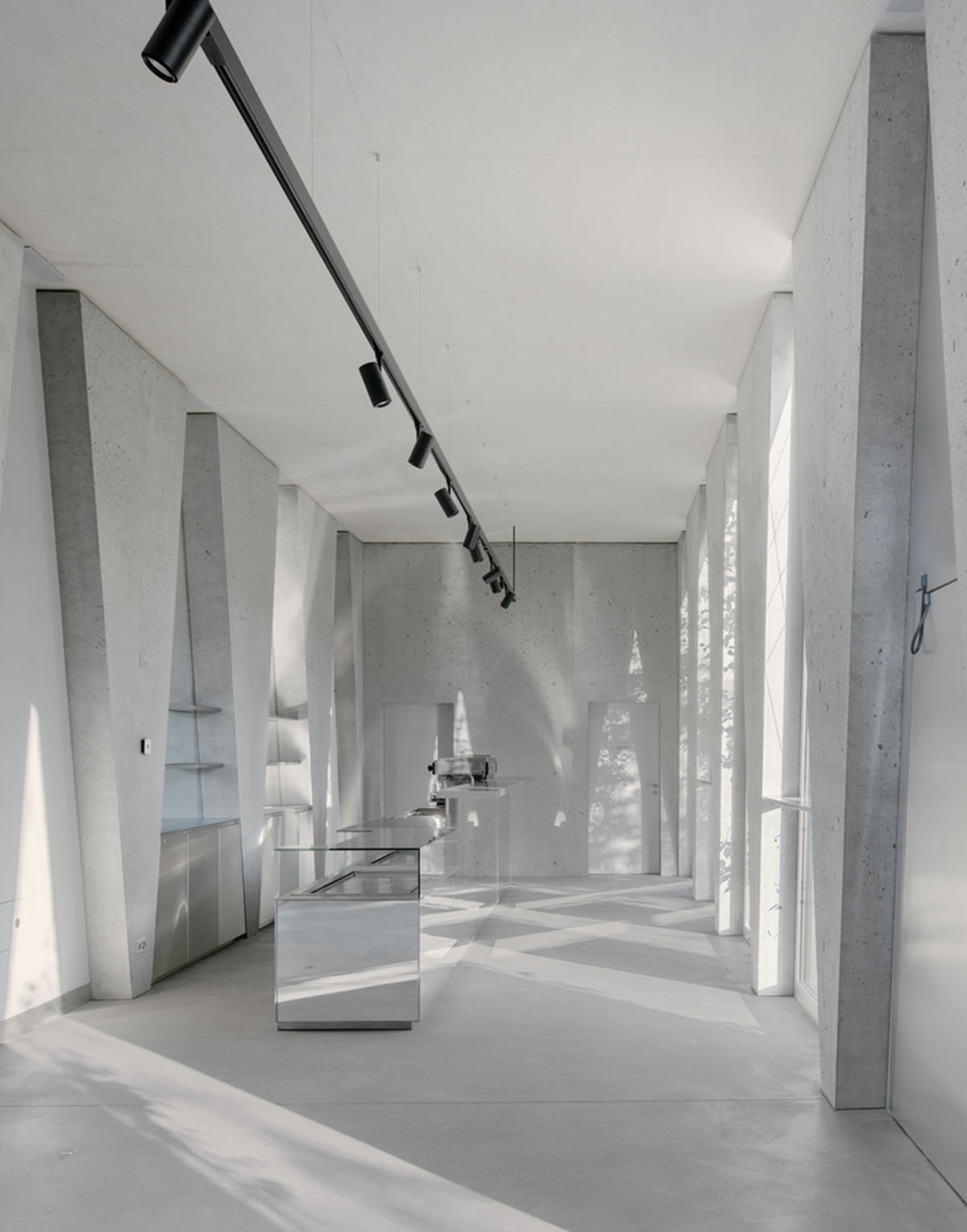 The programme is organized across two levels, separating private uses on the upper level from public uses on the lower one. This division allows for different accesses and activates the circulation around the building, reinforcing its public nature at that level in direct contact with the river Limmat. 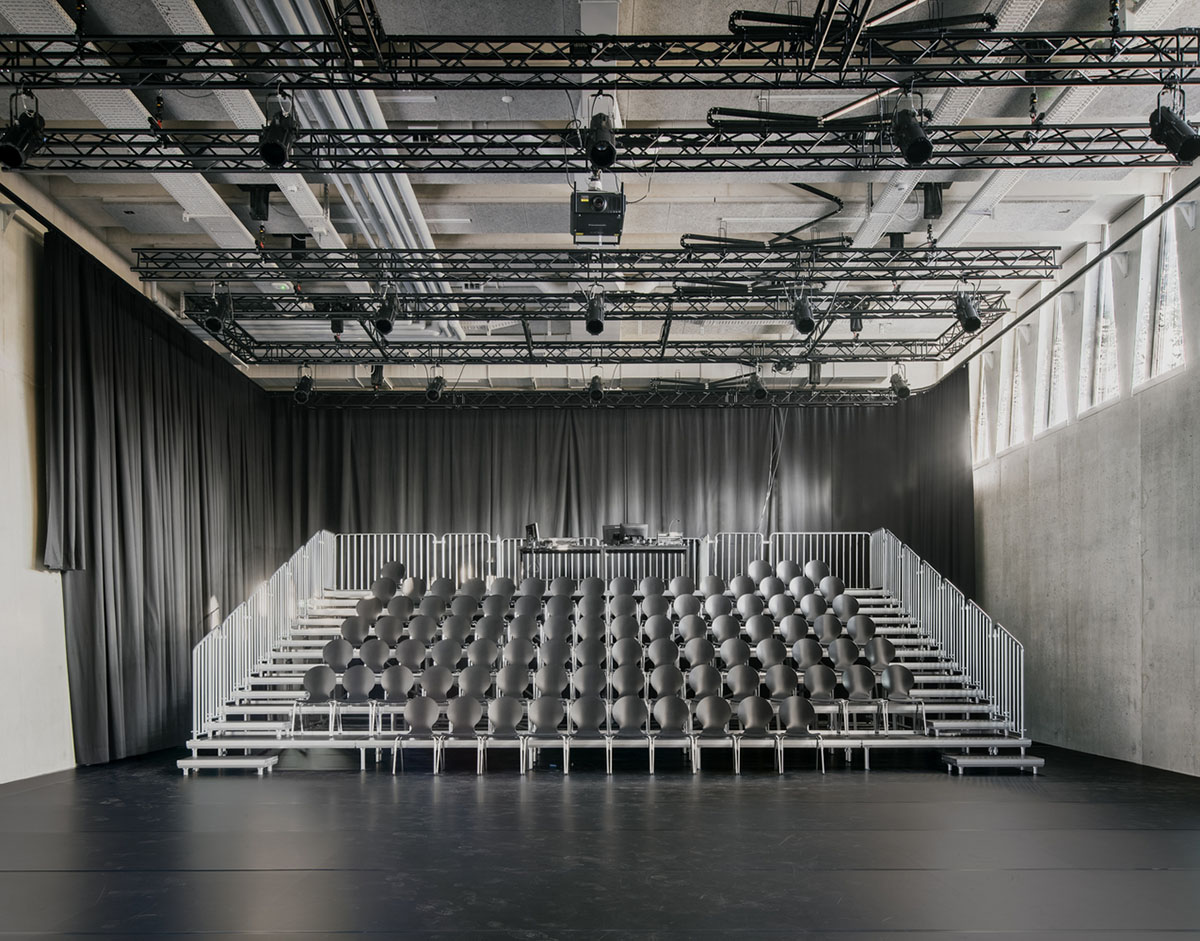 Here, the main foyer runs over the entire length of the façade and gives access to the production rooms and the main multifunctional hall. This space, which spans two storeys, is provided with daylight on the side. The upper level accommodates the Tanzhaus offices and backstage spaces.

"The project by Barozzi Veiga consists in a new cultural building for the city of Zürich, which reflects the importance of the Tanzhaus as one of the most significant centres for contemporary dance in Switzerland," added the firm. 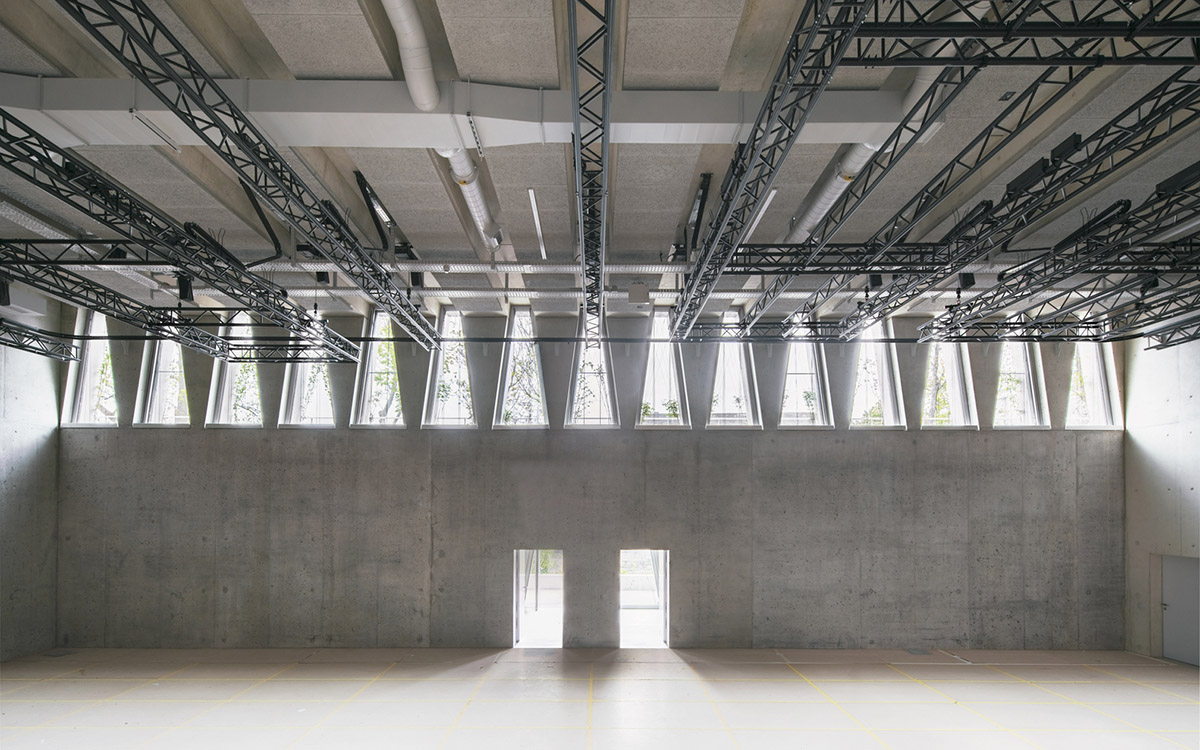 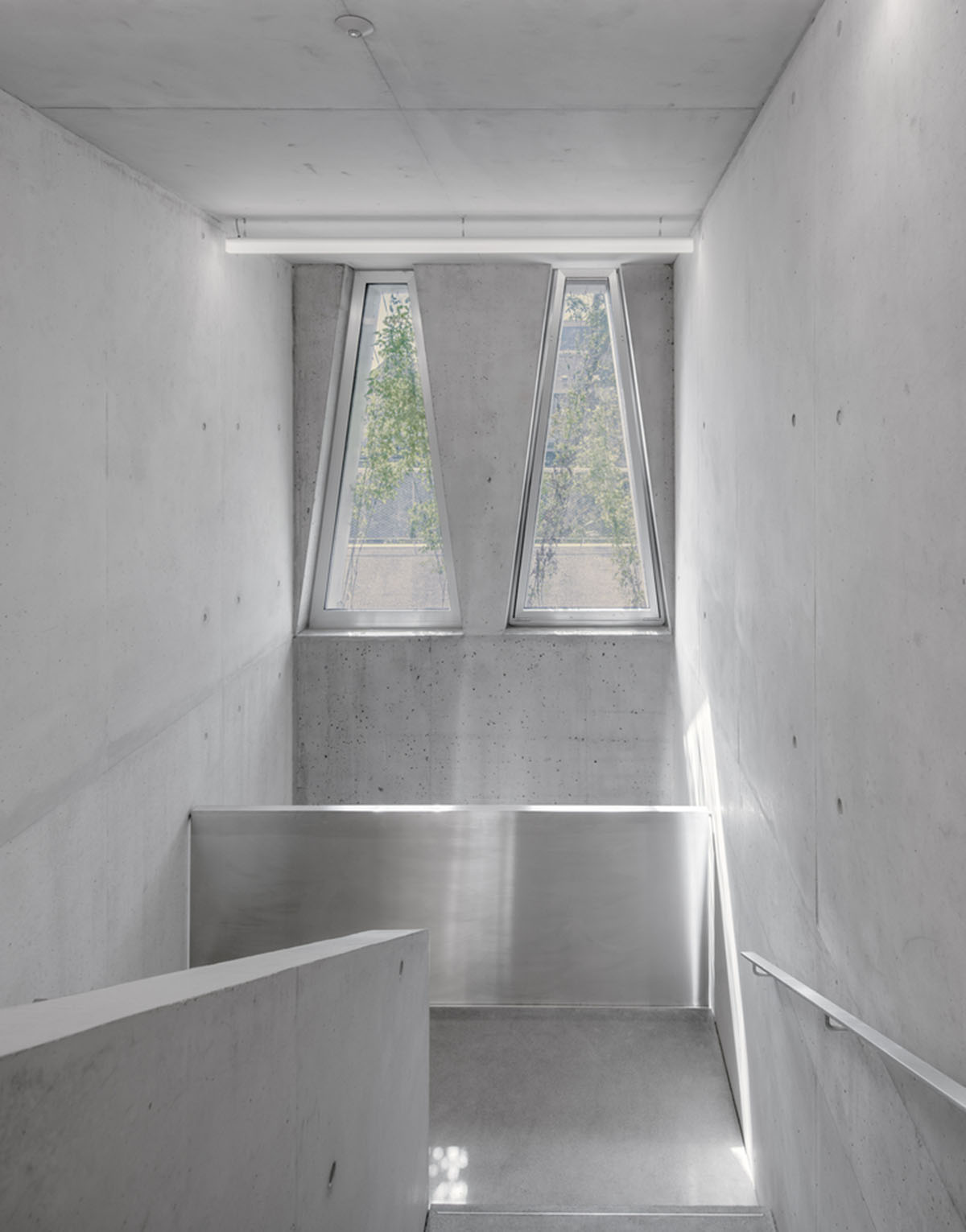 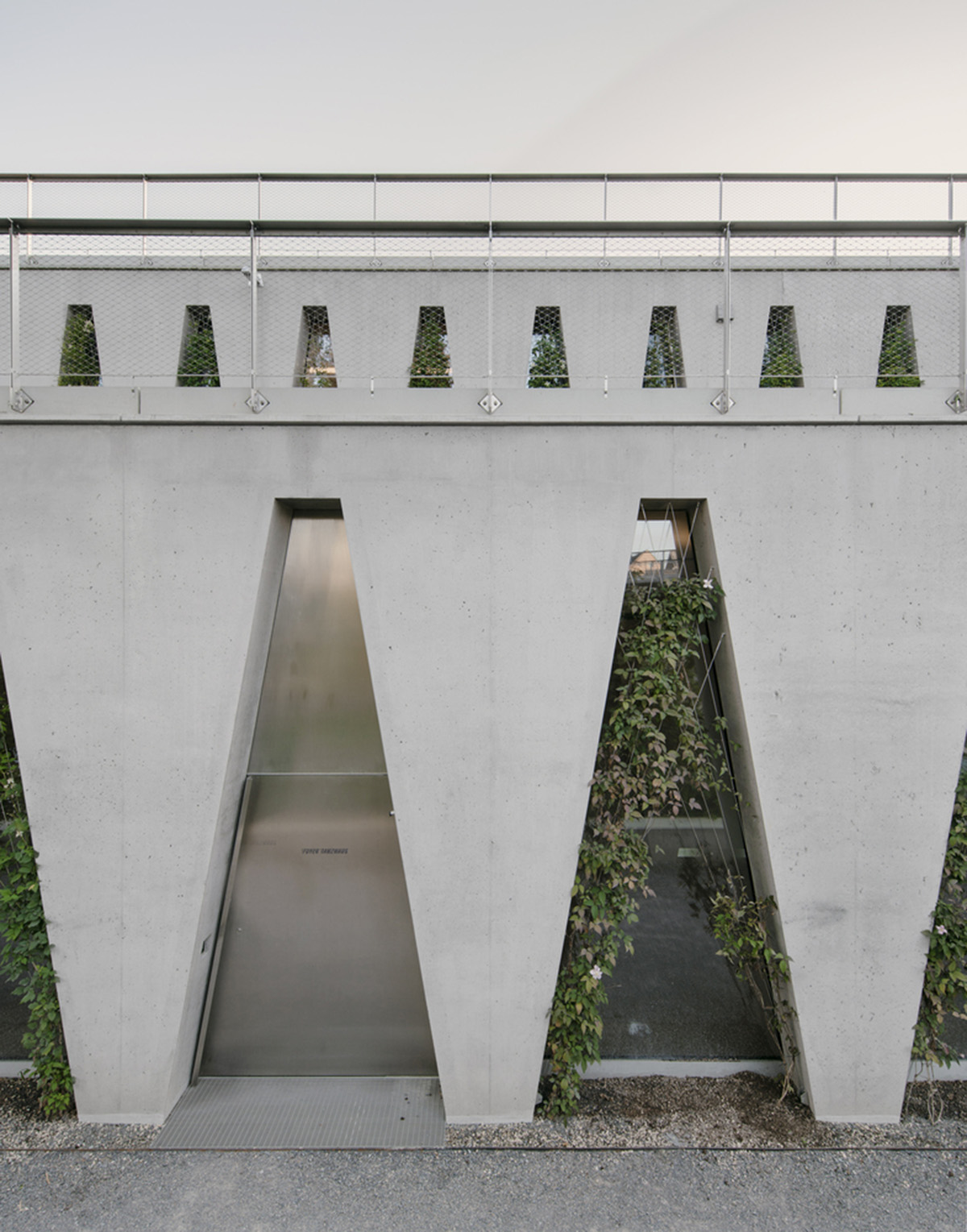 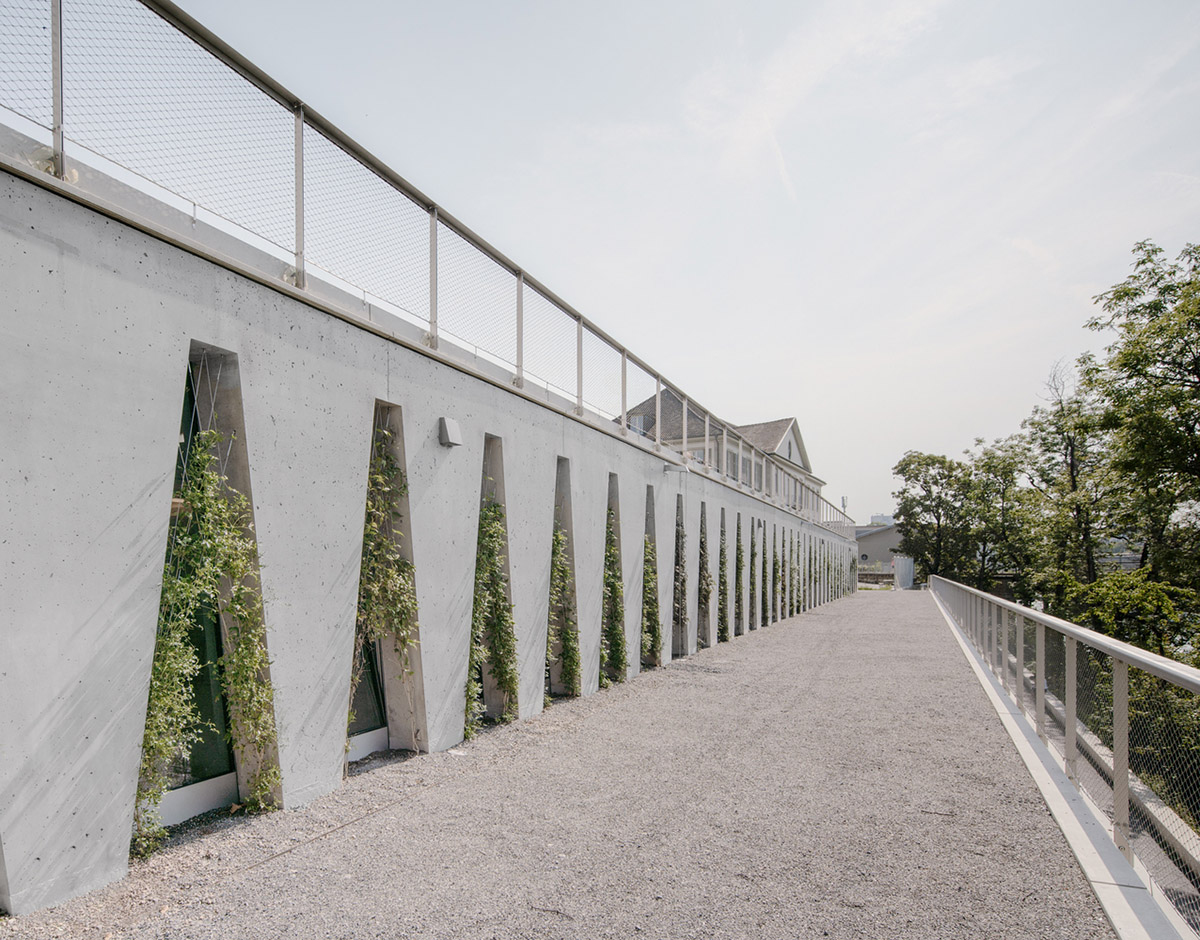 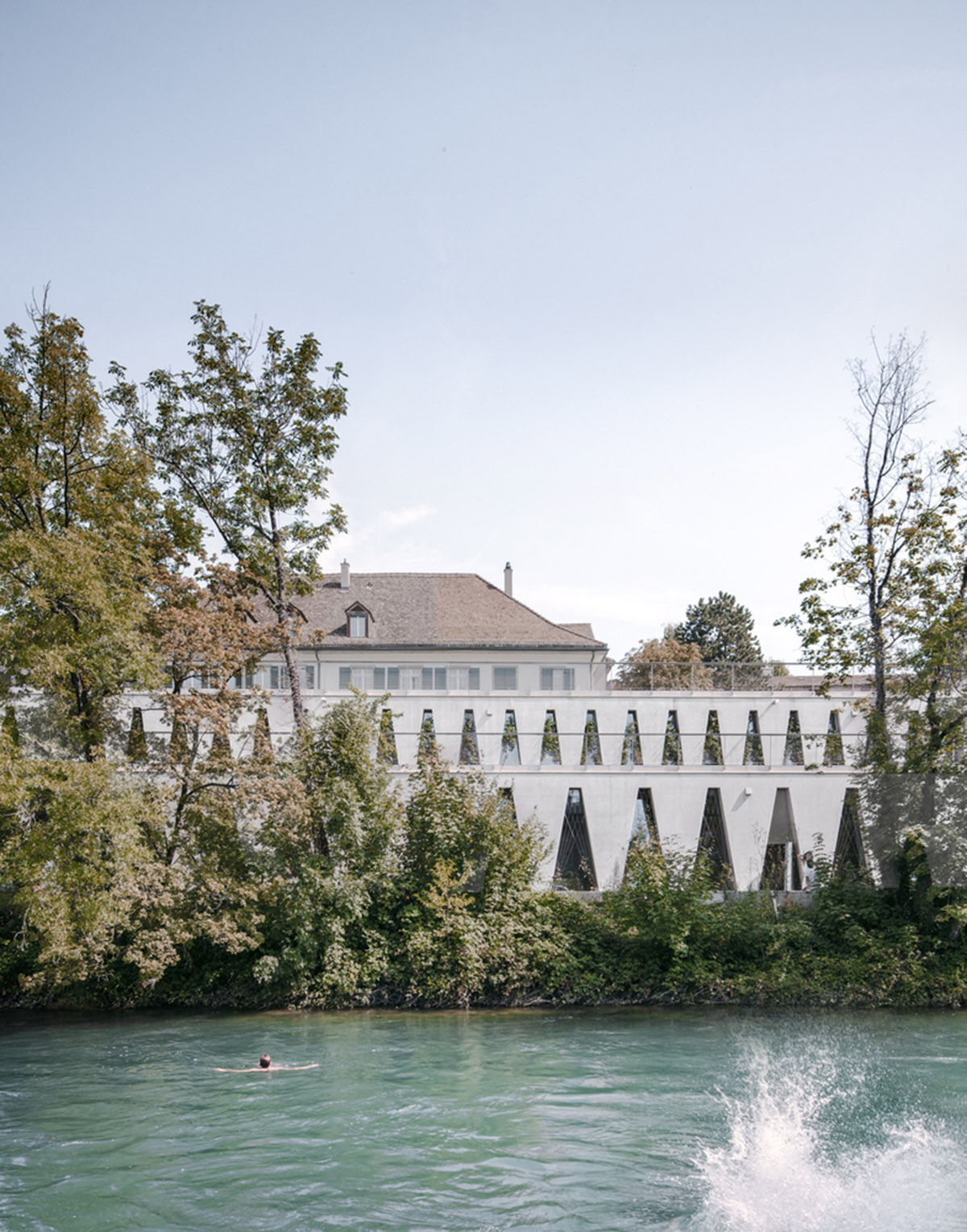 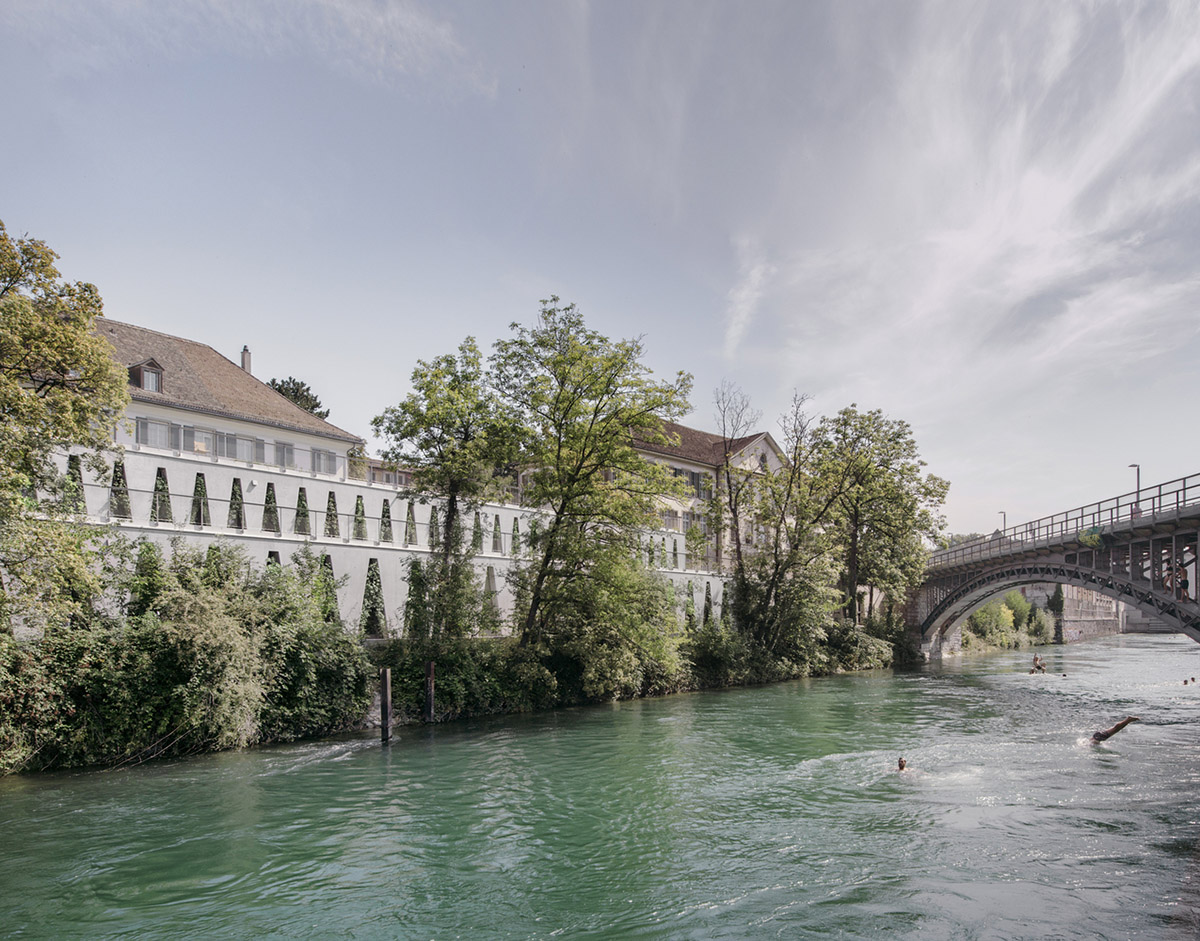 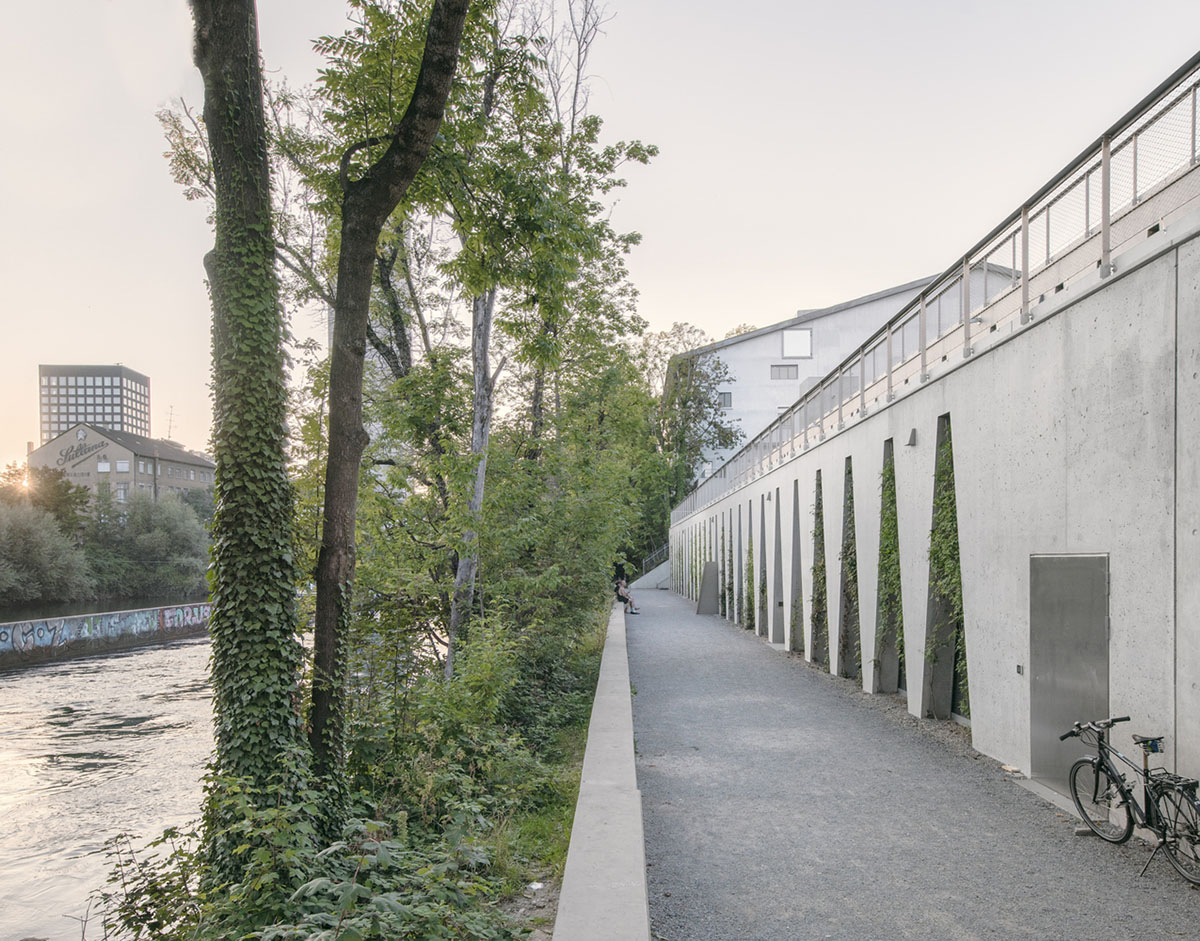 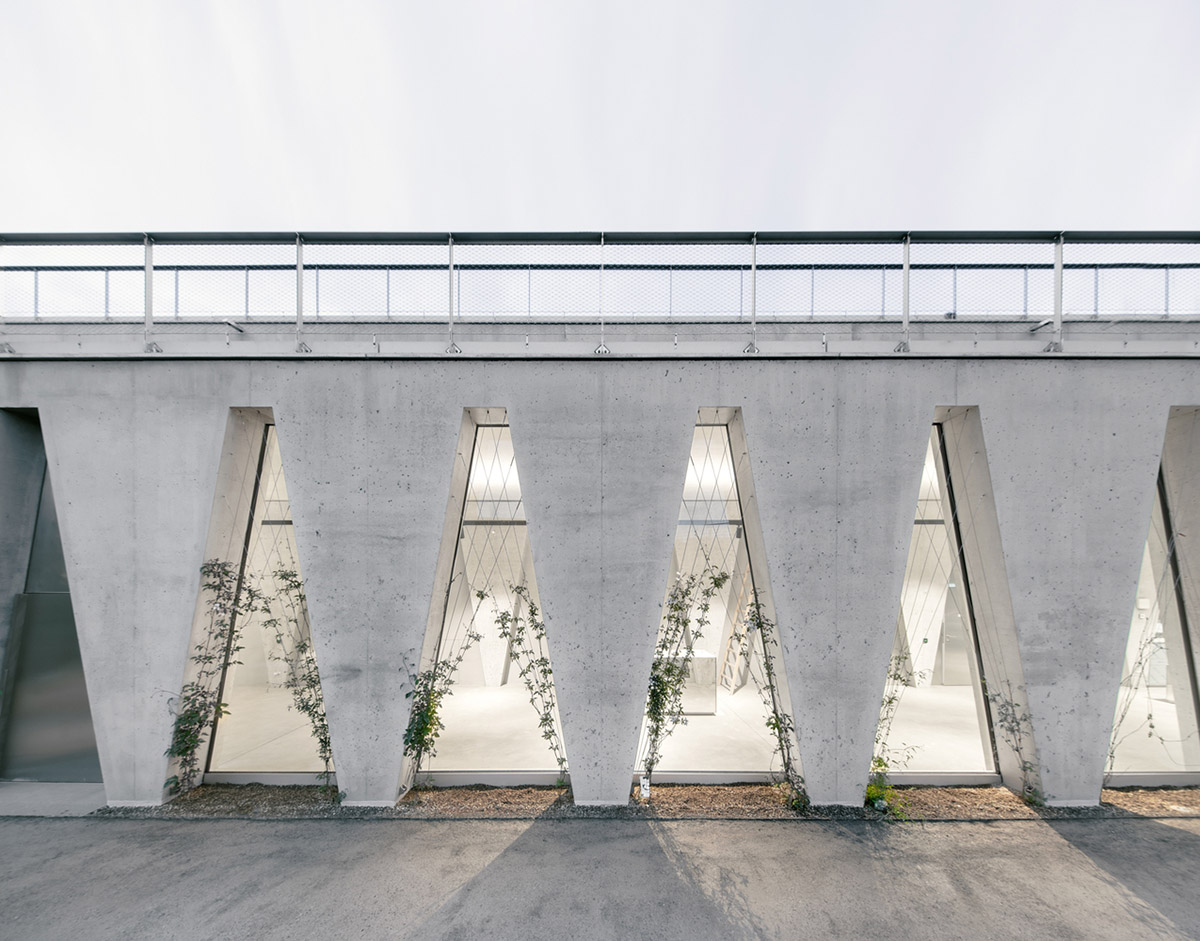 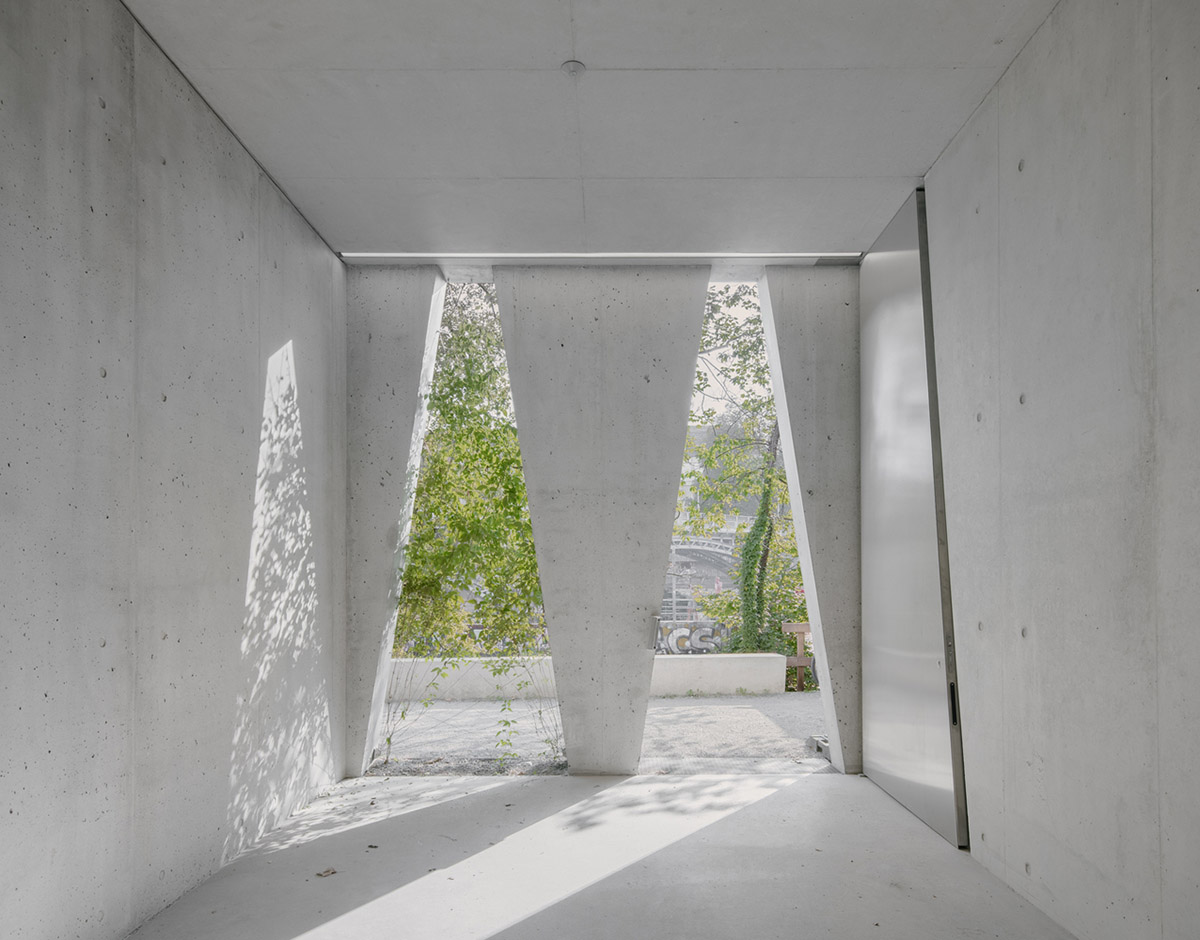 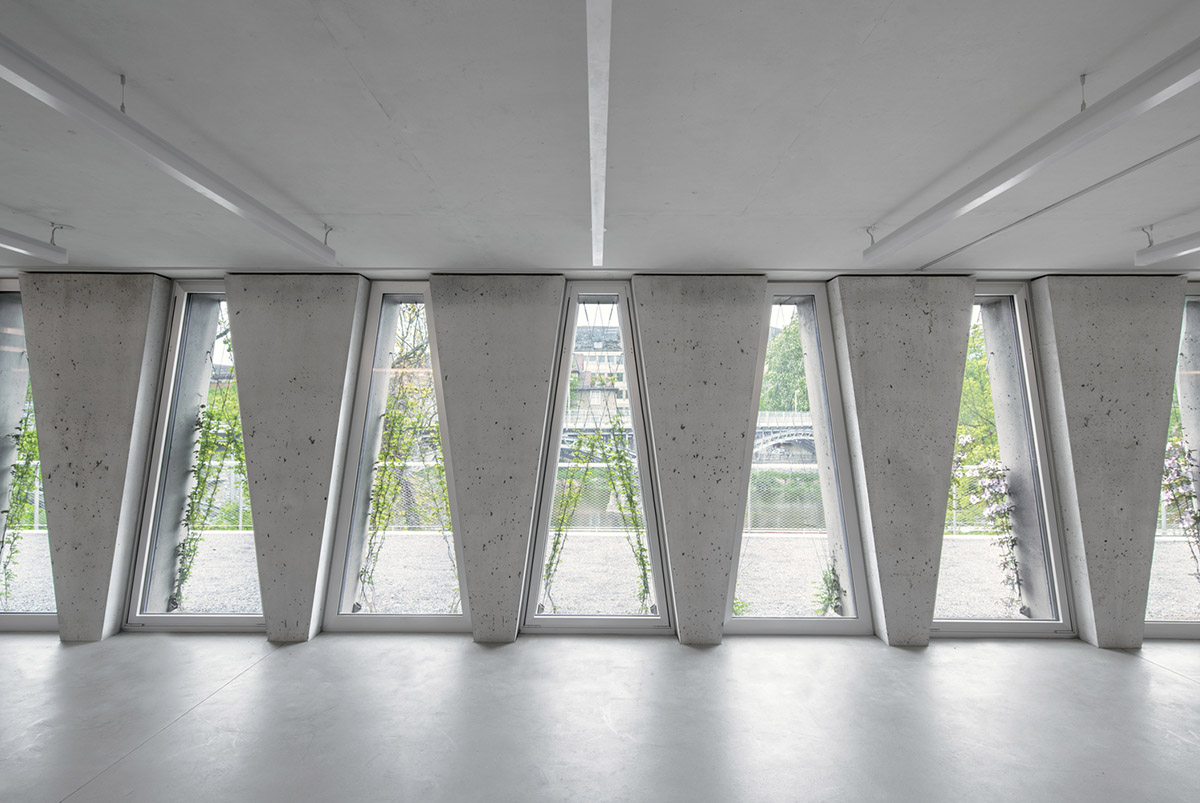 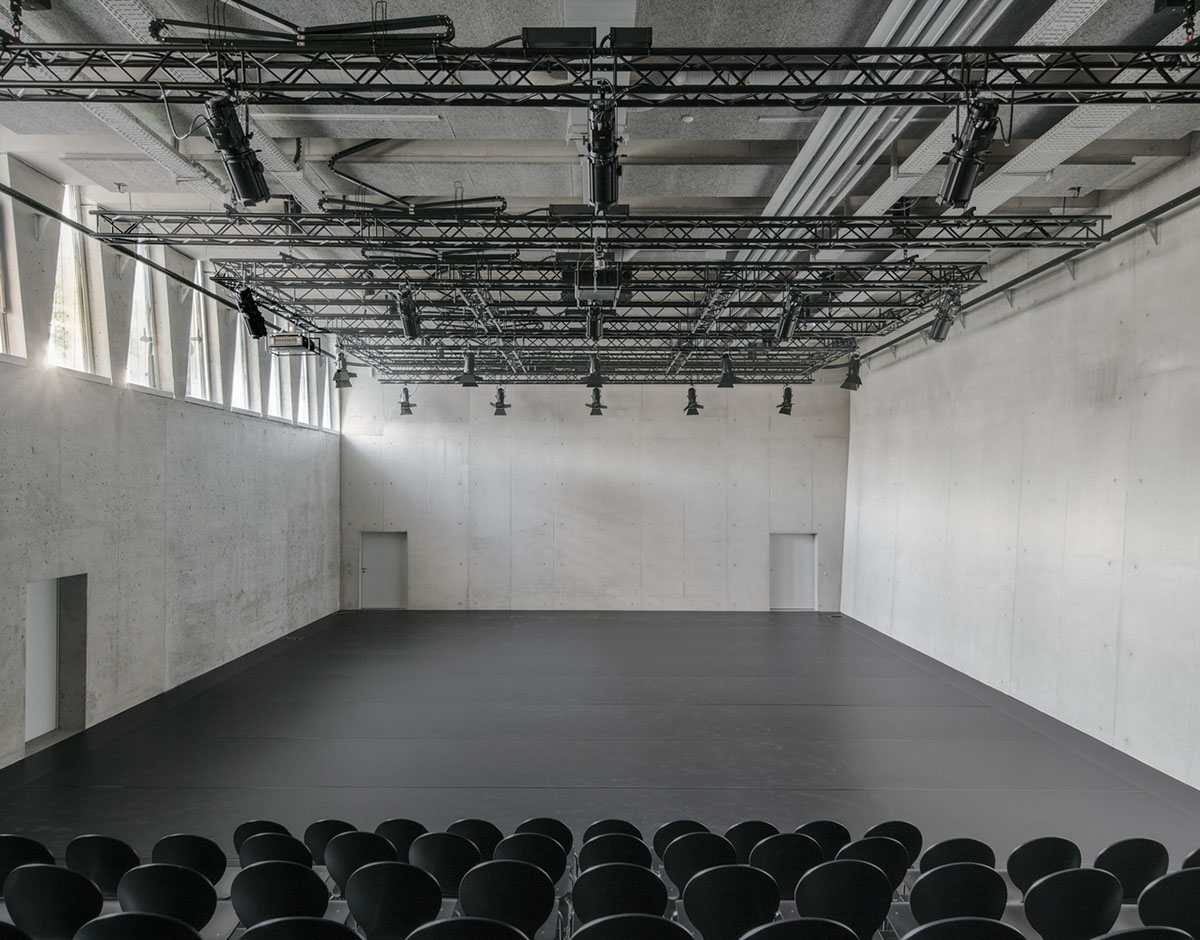 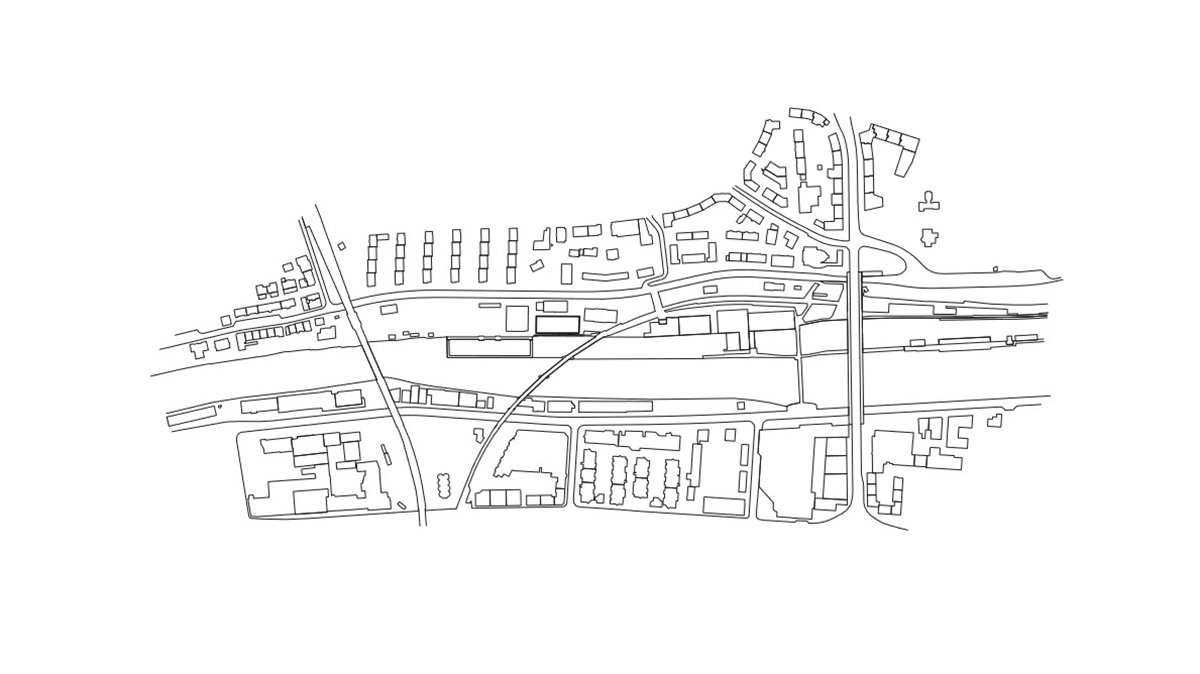 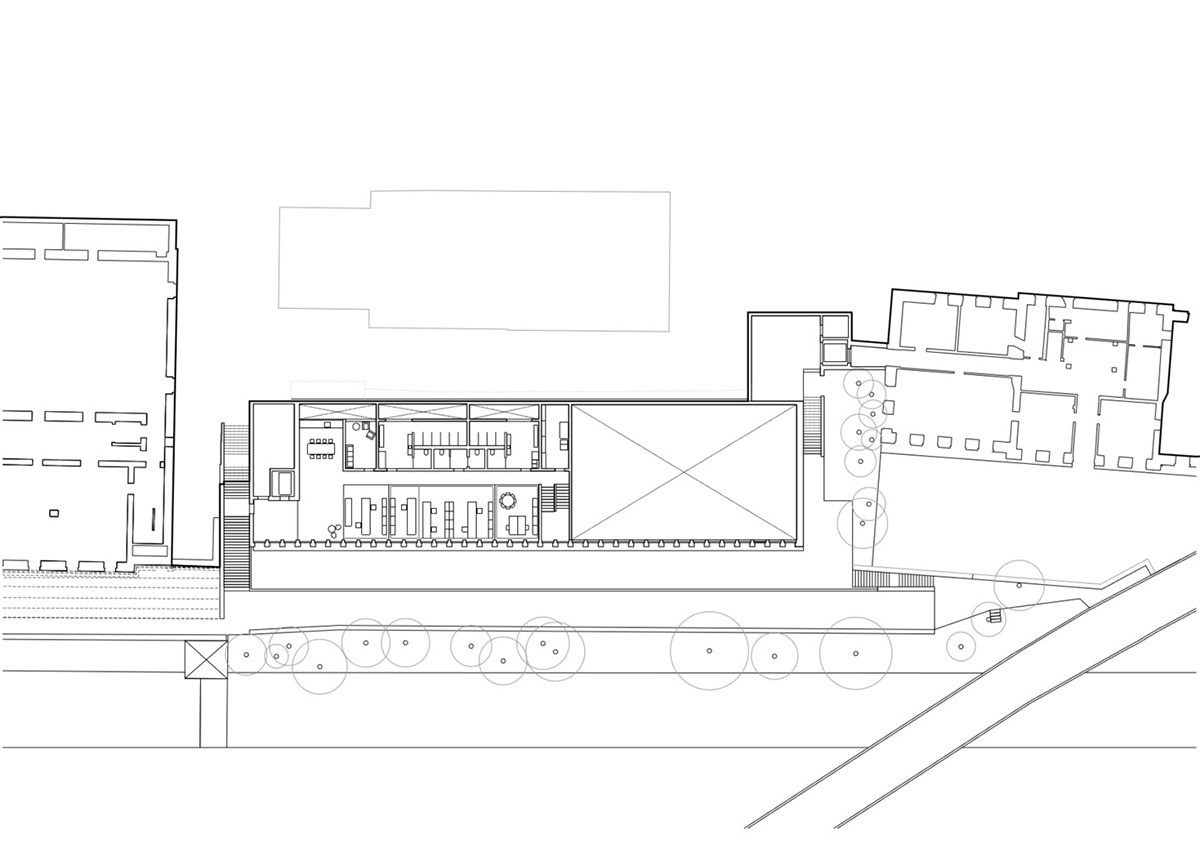 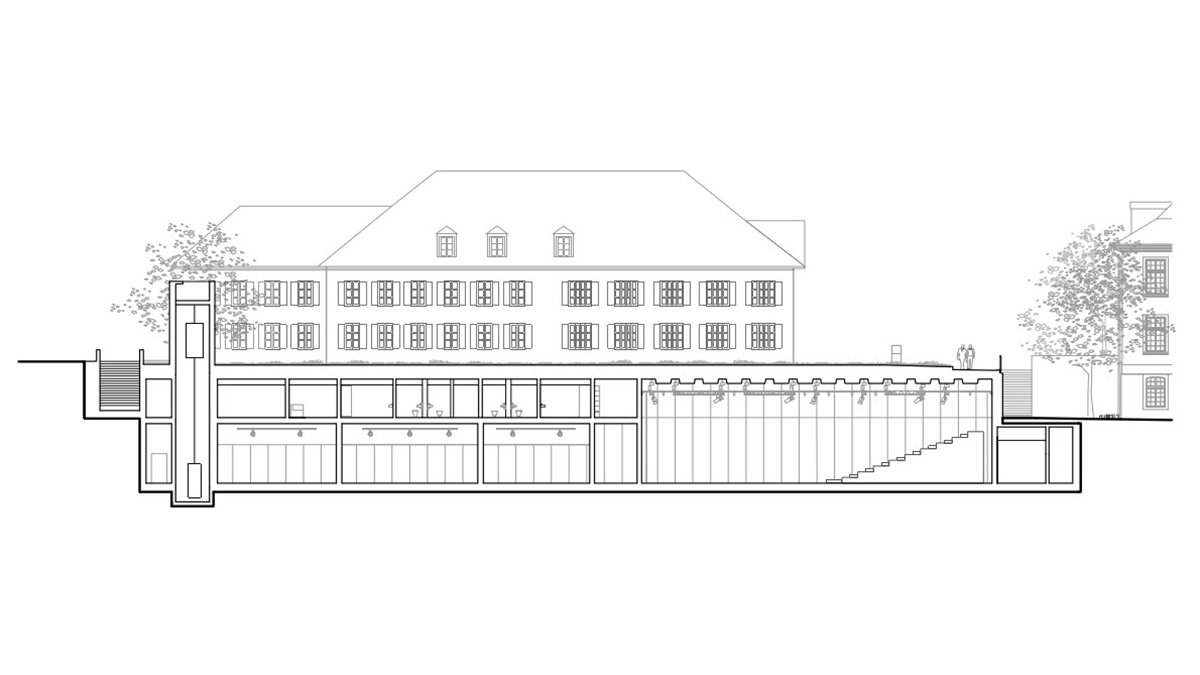