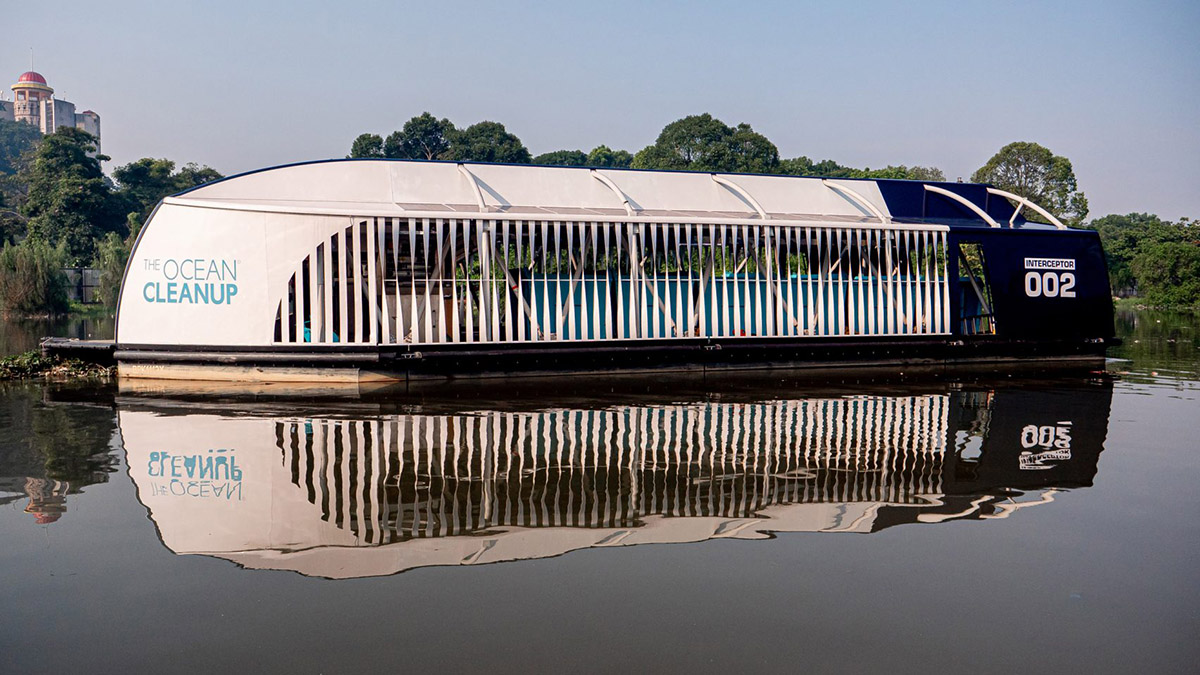 The Ocean Cleanup, the Dutch non-profit organization developing advanced technologies to rid the world’s oceans of plastic, has unveiled its autonomous system removing plastic waste from oceans. The system is also designed to collect plastic waste before it reaches oceans.

Dubbed The Ocean Cleanup Interceptor, a floating giant truck aims to tackle the 1,000 most polluting rivers, responsible for about 80% of ocean plastic pollution, before the end of 2025. 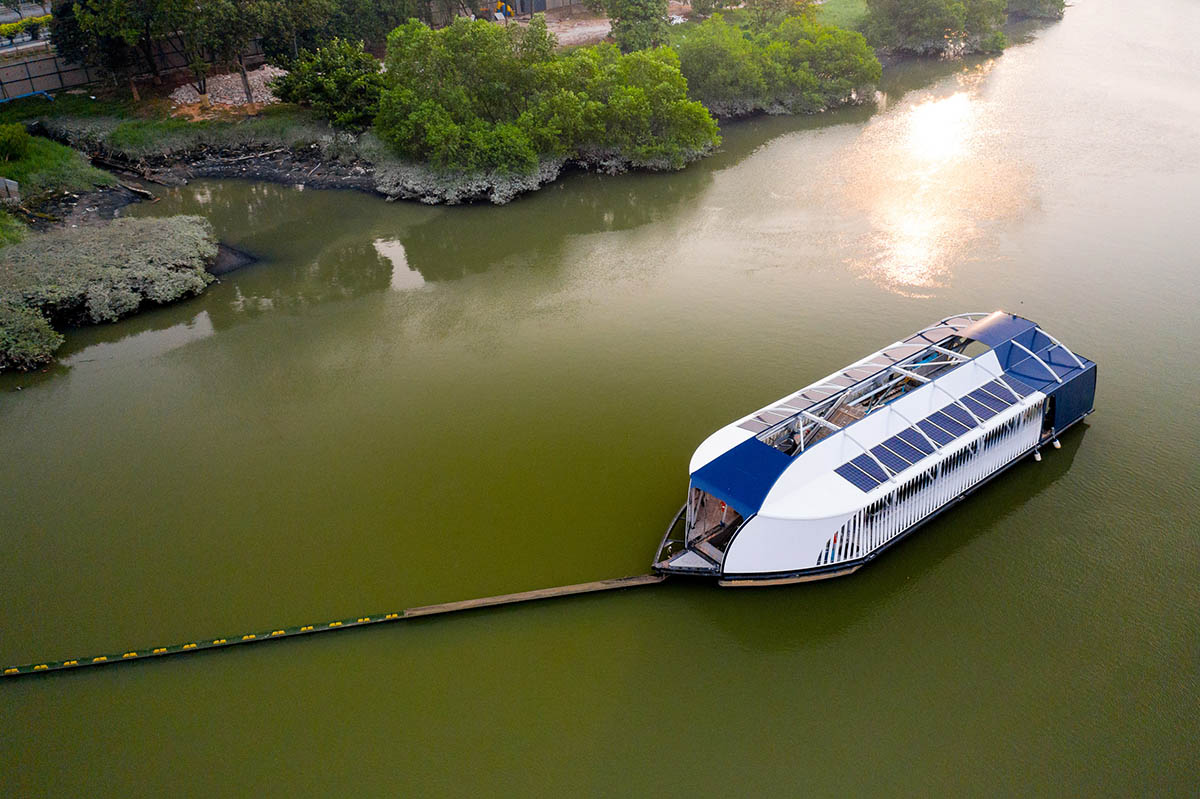 The Interceptor, under development by The Ocean Cleanup since 2015, complements the organization’s founding mission by attacking the flow of plastic garbage at its source, the world’s vast network of rivers.

"To truly rid the oceans of plastic, we need to both clean up the legacy and close the tap, preventing more plastic from reaching the oceans in the first place," said Boyan Slat, Founder and CEO of The Ocean Cleanup.

"Combining our ocean cleanup technology with the Interceptor, the solutions now exist to address both sides of the equation," Slat added. 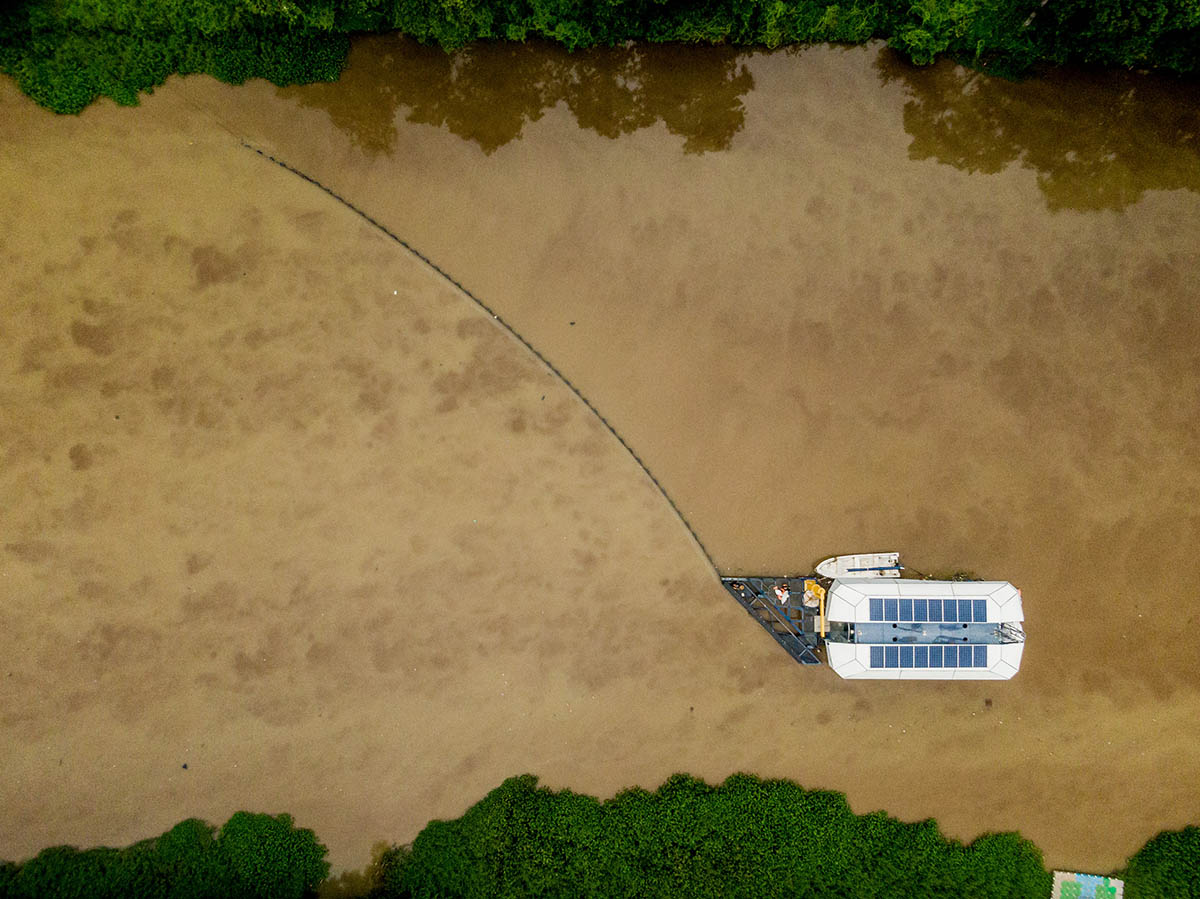 The Interceptor is the first scalable solution to intercept river plastic pollution and can be deployed around the world. It is capable of extracting 50,000 kg of trash per day – even reaching 100,000 kg per day under optimized conditions. 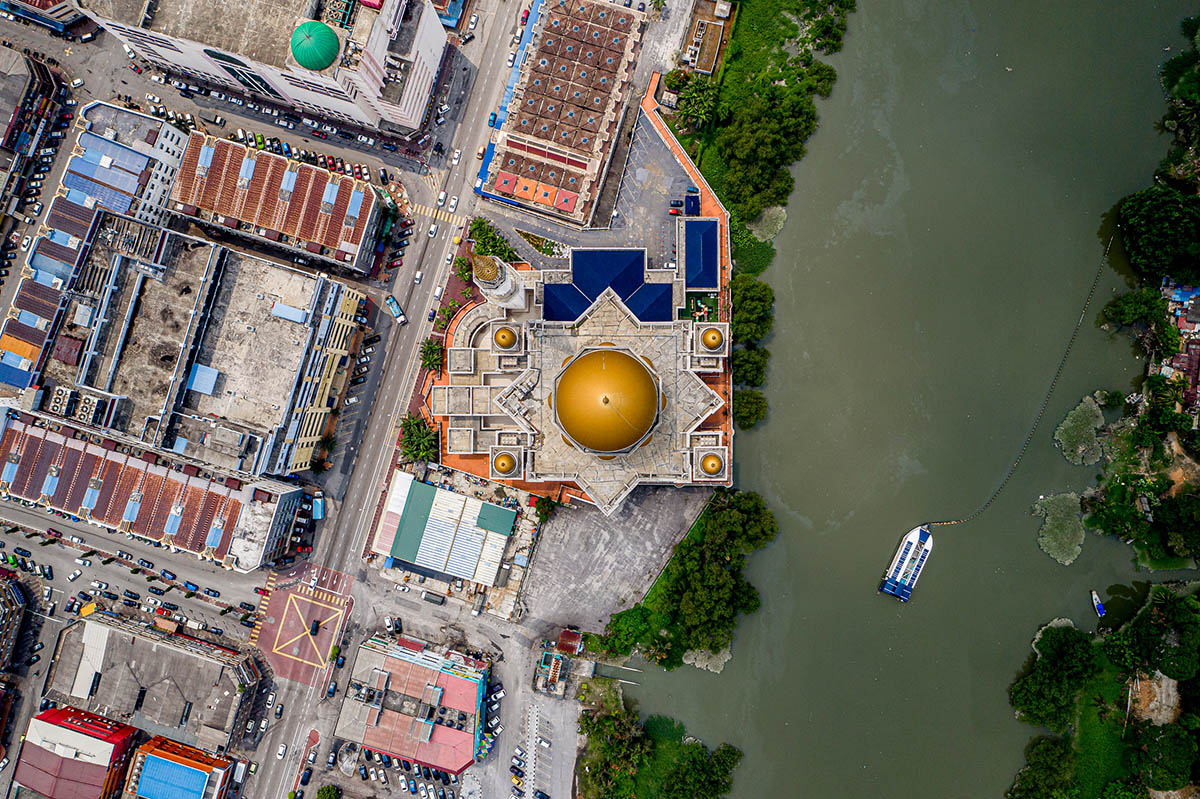 "Four Interceptors have been built to-date; two systems are already operational in Jakarta (Indonesia) and Klang (Malaysia). A third system is in Vietnam to be installed in Can Tho in the Mekong Delta (Vietnam), while the fourth is destined to be deployed in Santo Domingo (Dominican Republic)," said The Ocean Cleanup.

"In addition to these locations, Thailand has signed up to deploy an Interceptor near Bangkok, and further agreements are nearing completion including one in LA County (USA), kick-starting the scale-up." 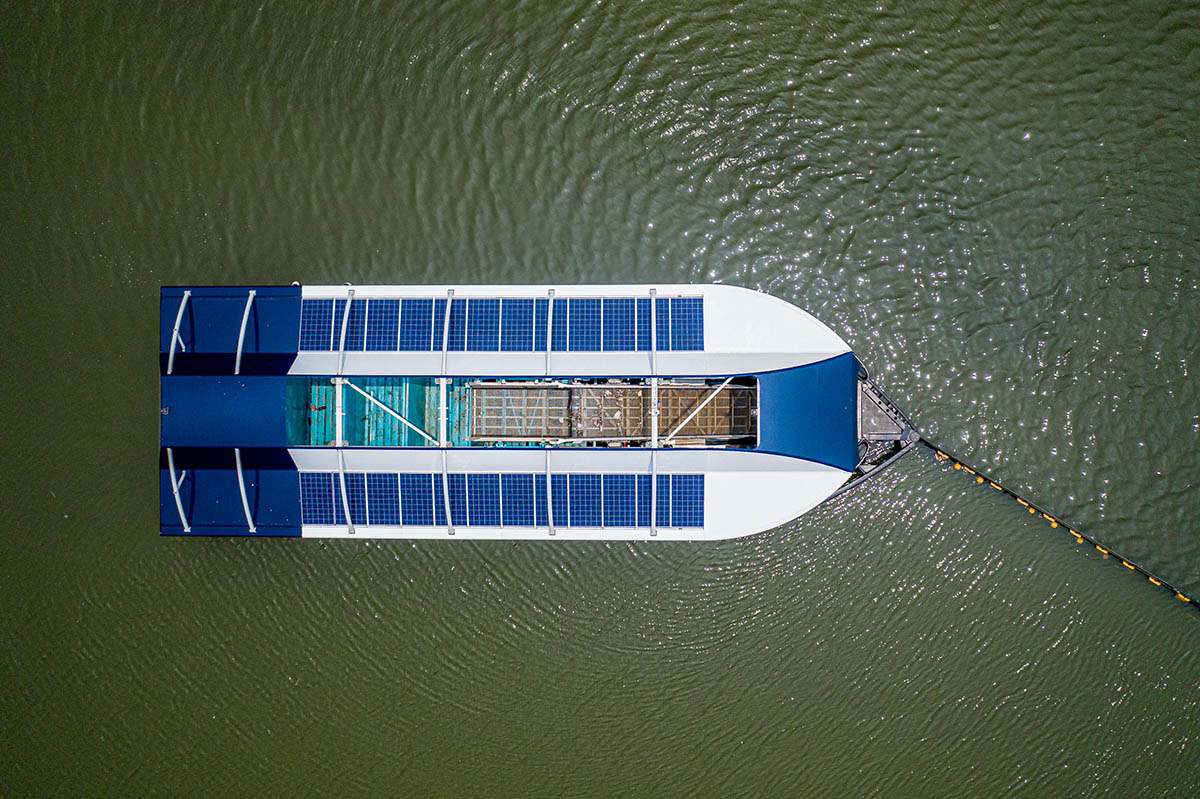 The Ocean Cleanup also developed a research map for the problem, it was established that 1,000 of the world’s 100,000 rivers (1%) are responsible for roughly 80 percent of the garbage entering the oceans. The product of their global scientific measurement and modeling efforts has been visualized in an interactive map by The Ocean Cleanup.

The Ocean Cleanup Interceptor is developed as environmentally friendly and 100 percent solar-powered, with onboard lithium-ion batteries that enable it to operate day and night without any noise or exhaust fumes. 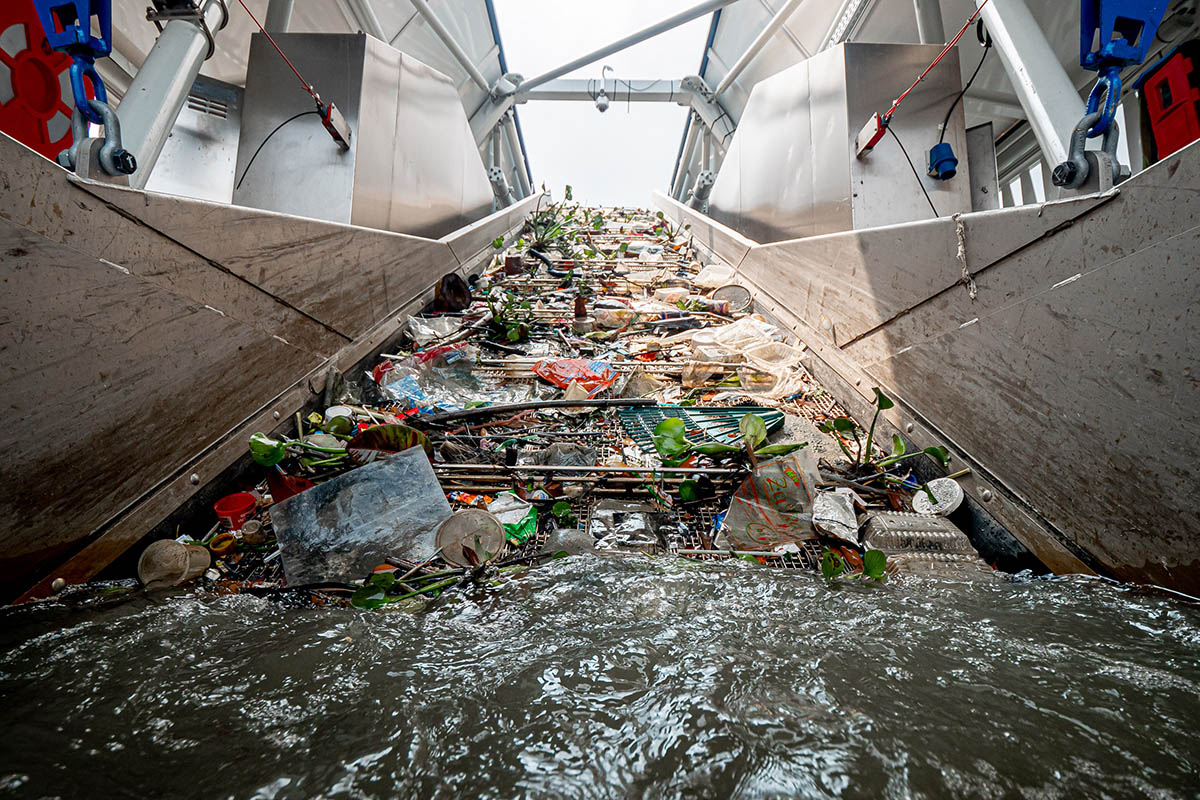 The system is anchored to the riverbed to utilize the natural flow of the river to catch the plastic and is designed for 24/7 autonomous operation, removing the need for dangerous manual work.

Its floating barrier that is used to direct the garbage into the system only spans part of the river; it will not interfere with other vessels and does not harm the safety, nor impede the movement of wildlife – critical requirements when operating in major rivers. An internet-connected onboard computer monitors the system’s performance, energy usage, and component health. 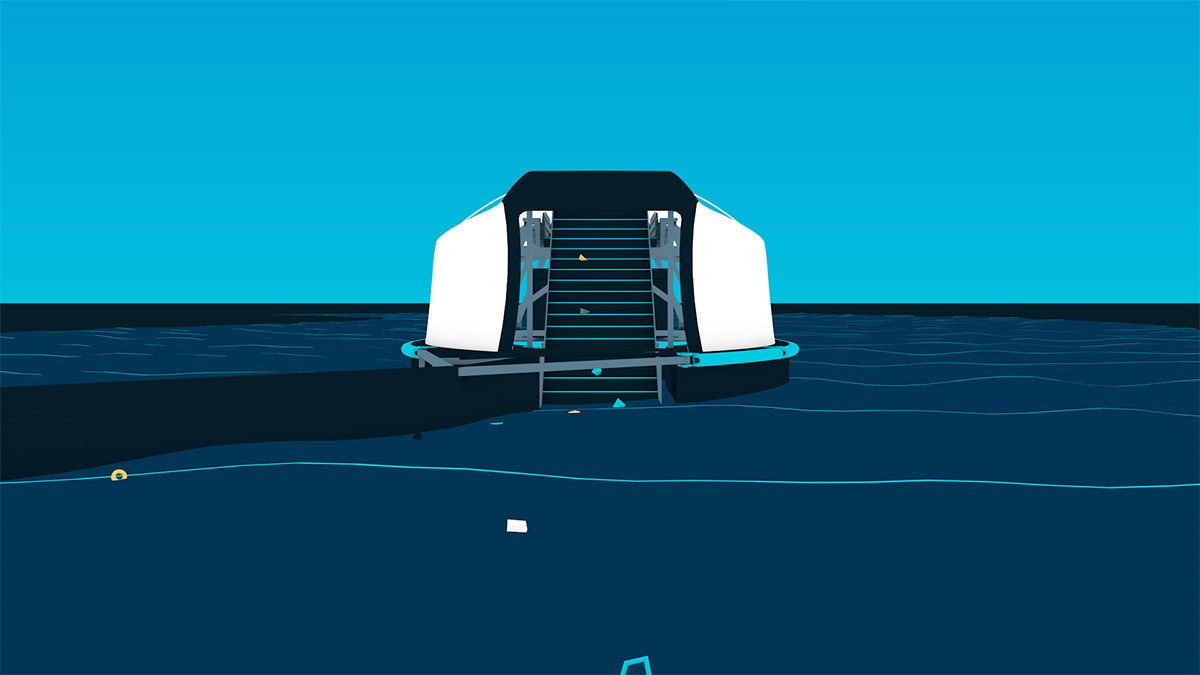 At the start of October, The Ocean Cleanup announced it was successfully capturing and collecting plastic in the Great Pacific Garbage Patch with its System 001/B, a cleanup system that is currently undergoing continued performance testing at sea. 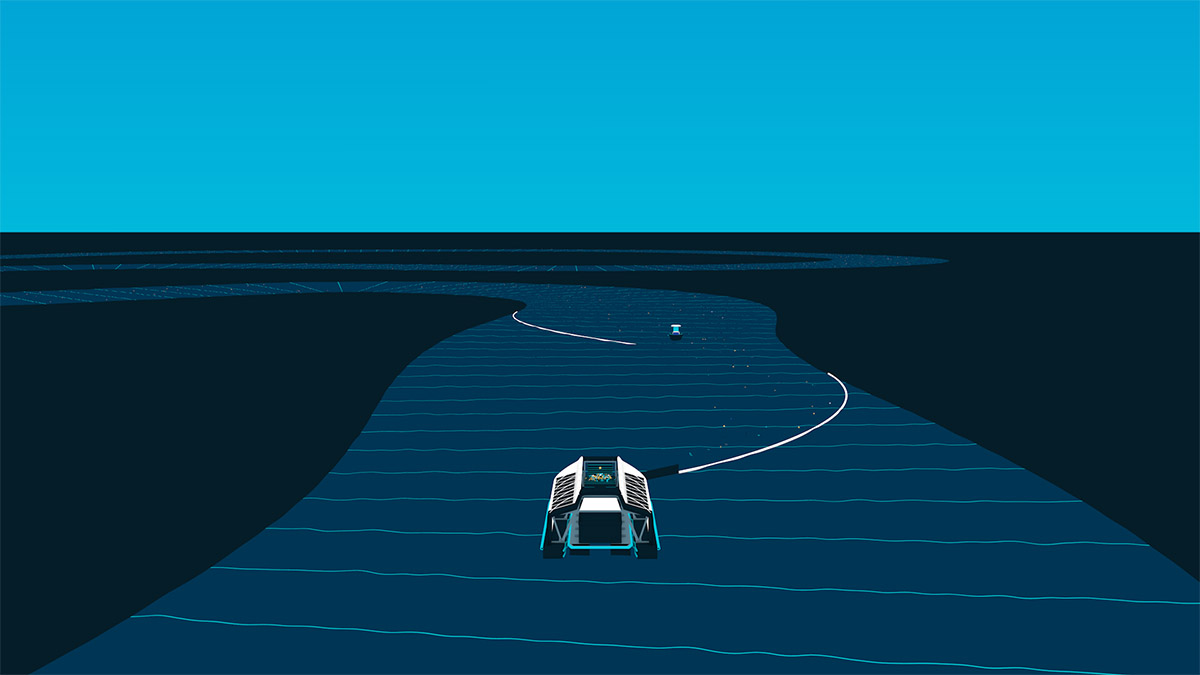 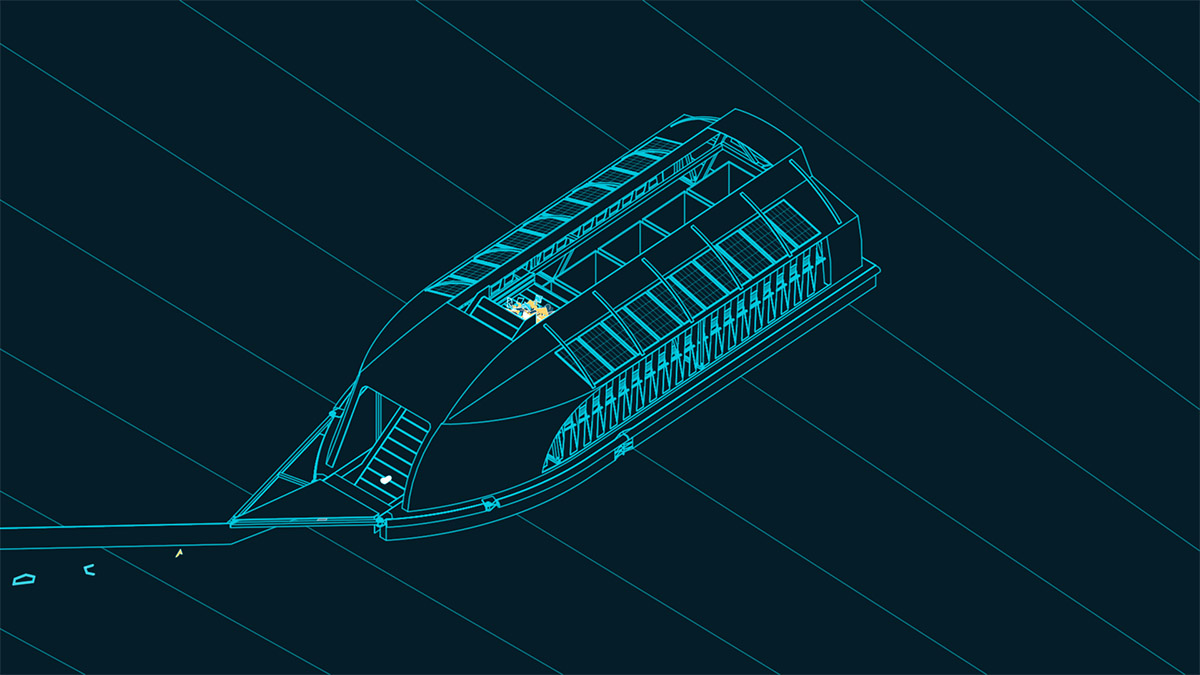 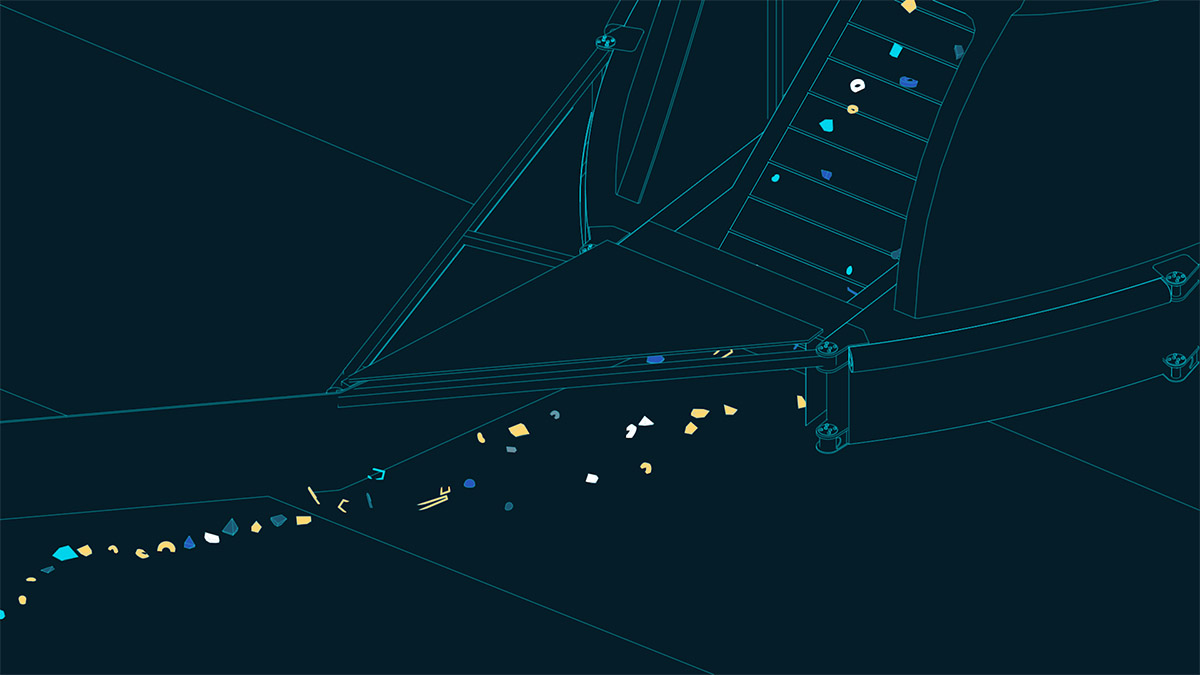 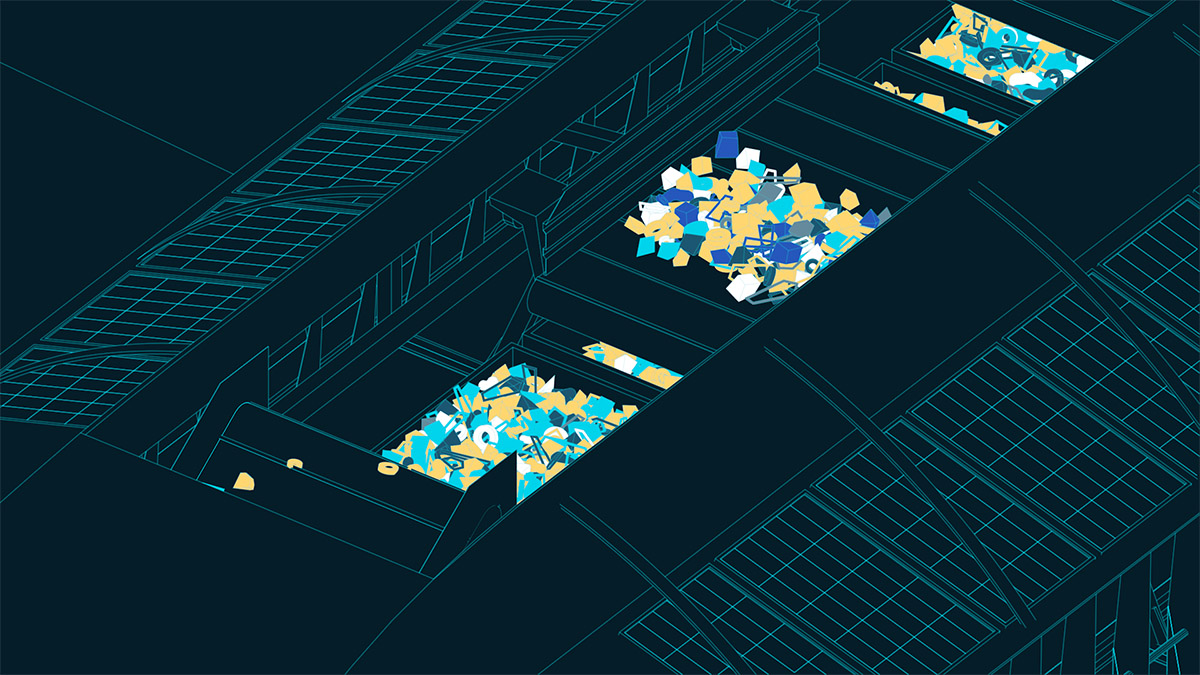 All images & video courtesy of The Ocean Cleanup

> via The Ocean Cleanup