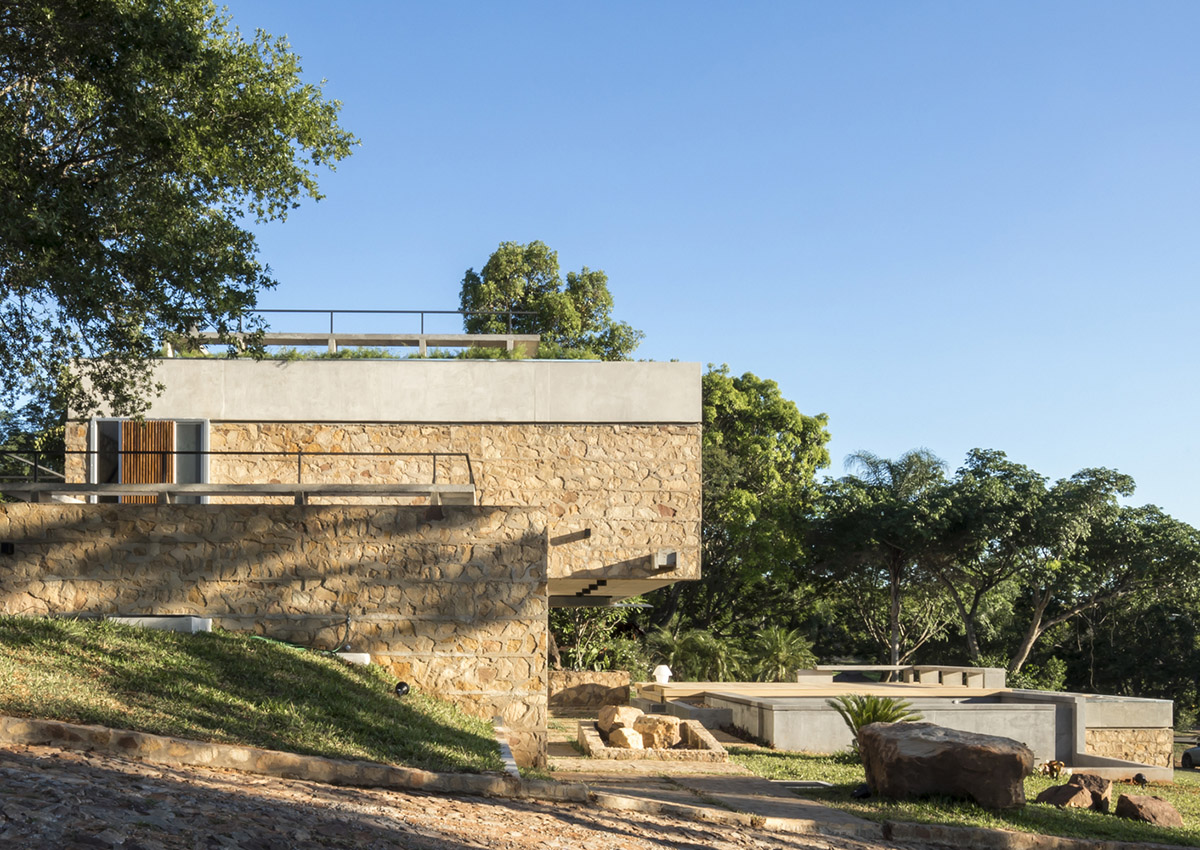 Paraguayan architecture firm OMCM arquitectos has built a weekend house for families and travelers to enjoy this picturesque view on the mountain range of Los Altos in Paraguay.

Los Altos is located within the city of San Bernardino, which has romantic sunset views over the famous Ypacaraí lake and has become the historical scene of the summer life of many Paraguayans. Named Peak House, the 513-square-metre house is situated in a rugged topography and rocky terrain, and due to the existing topography, rocky elements can still be seen from the interior of the house which presents a very close relationship with nature. 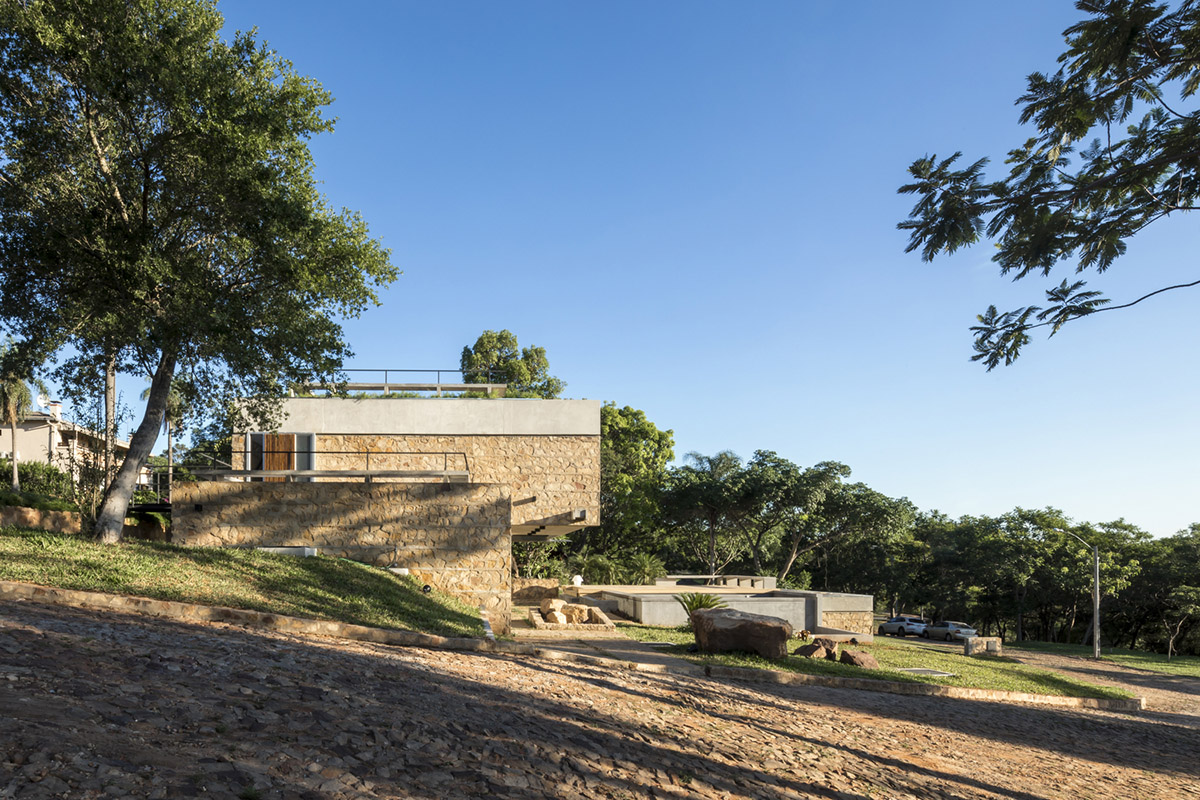 According to the architects, the picturesque and steep location of the site suggested the idea of implementing the program in such a way to generate a stepped succession of terraces that allow users to enjoy the landscape from different perspectives and times of the day. 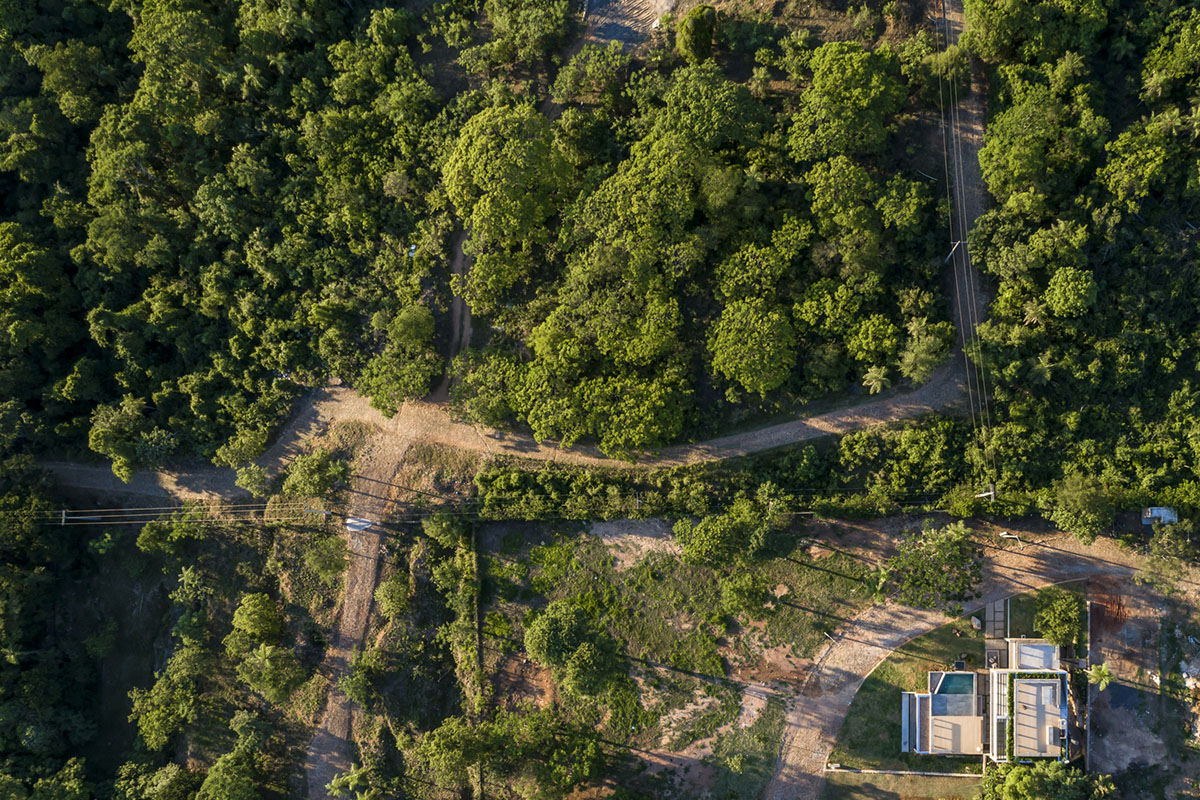 Within this logic and according to the hierarchical order of the environments of a home, the architects decided to arrange the spaces in three superimposed and dislocated volumes. 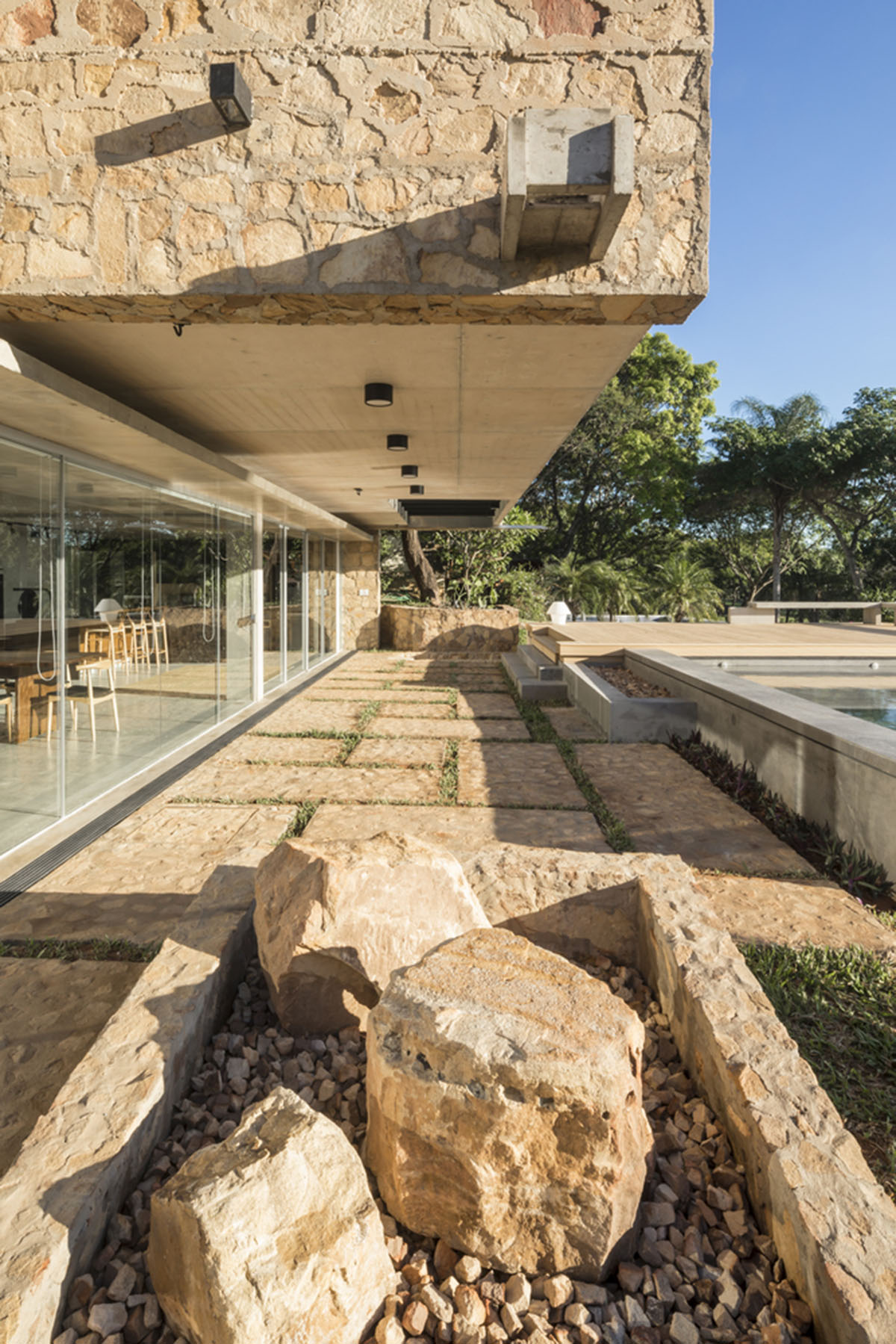 The garage and the service areas were designed in the lowest level of the lot, serving as an expansion of the volume of the social area, which perches open to the landscape and integrates themes related to leisure.

The dining room and gourmet cuisine are placed in a single ludic gallery on the third level, while the volume of the private spaces is composed by three en-suite bedrooms with a linear balcony that dampens the incidence of the afternoon sun. As the upper enclosure and thermal mattress of the rooms, a final panoramic terrace was raised to further allow the enjoyment of the exuberance of the green and the portrait of the lake under the setting sun. 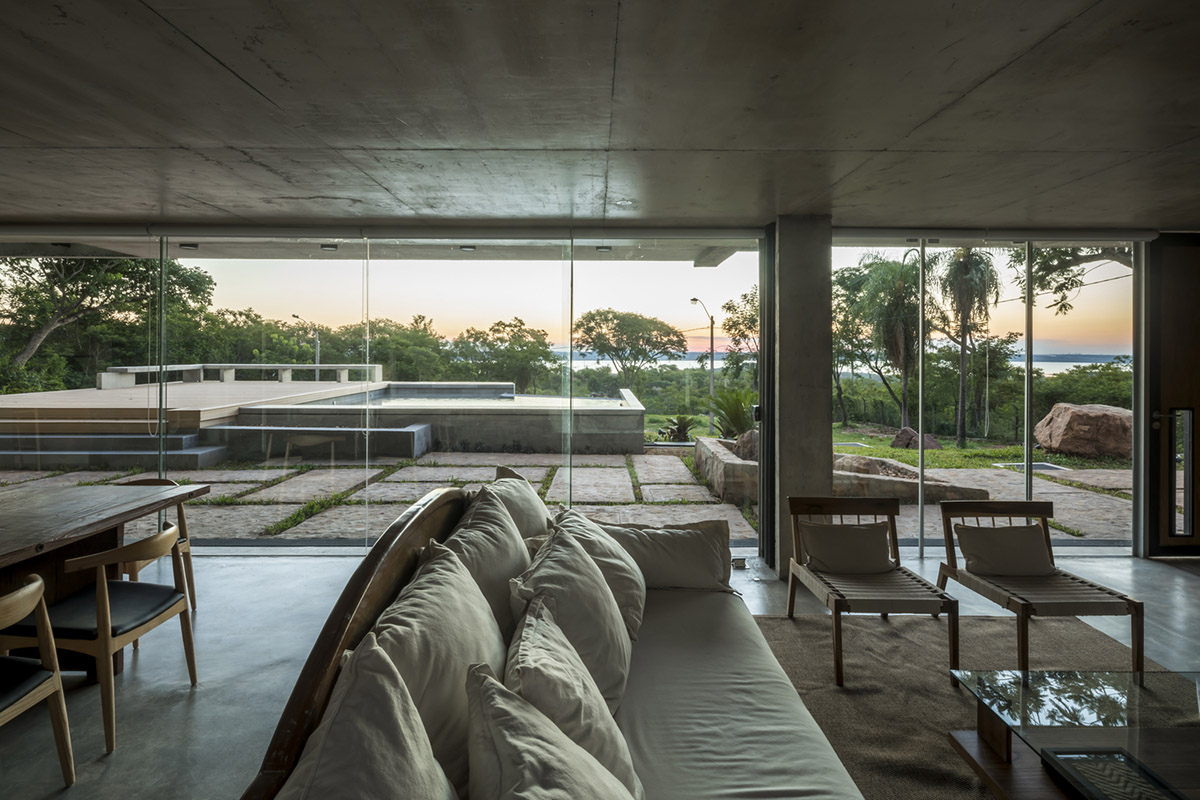 "Regarding the construction work, the materiality has a key role. Initially intended to be projected in ceramic bricks on a reinforced concrete structure, the Peak House experienced a 'before and after' during the excavation process," said OMCM arquitectos.

"An internal regulation of the condominium limits the buildable height regarding the front of each lot, in order to guarantee the views to those lots located successively behind," the studio added. 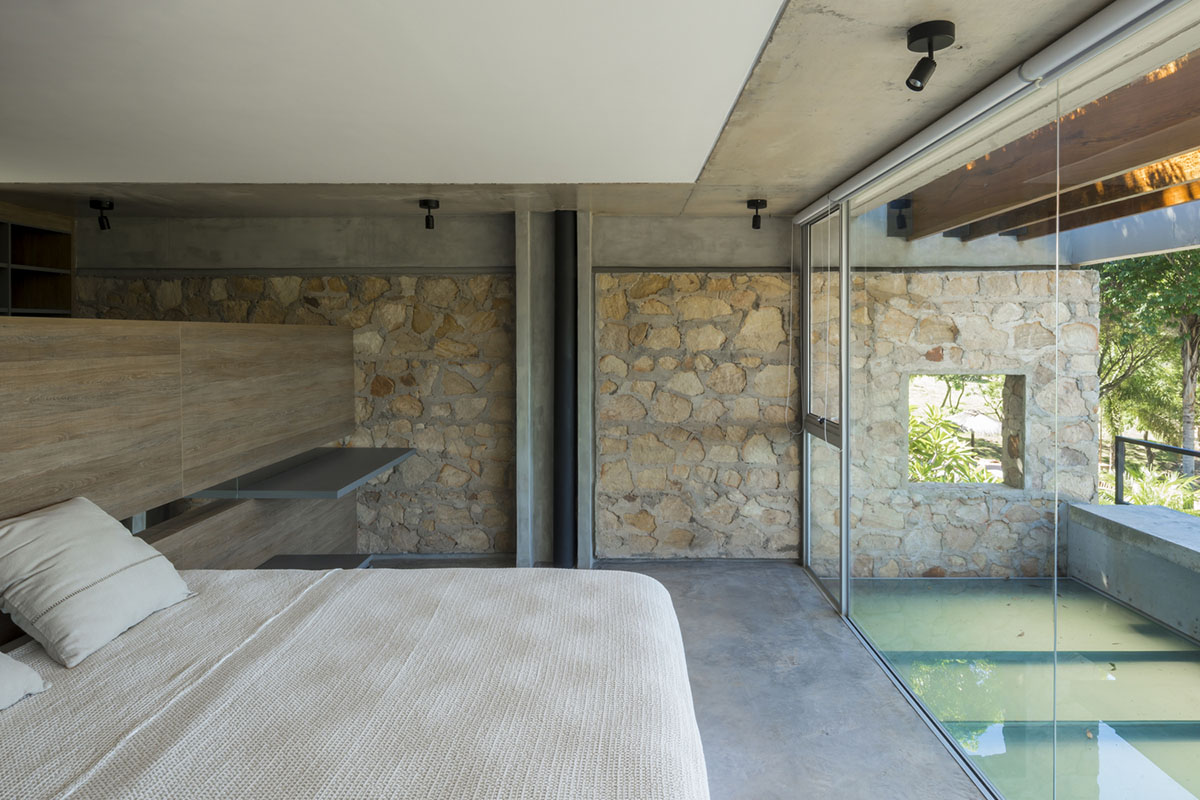 "This complex and challenging task was responsible for the discovery of the charm of this hill while removing the quarry."

"A large number of stones that, far from being considered rubble to be removed, became our allied raw material for any enclosure that was not made of glass and any idea that could be executed with hammers, chisels, levers and a little ingenuity," the architects continued. 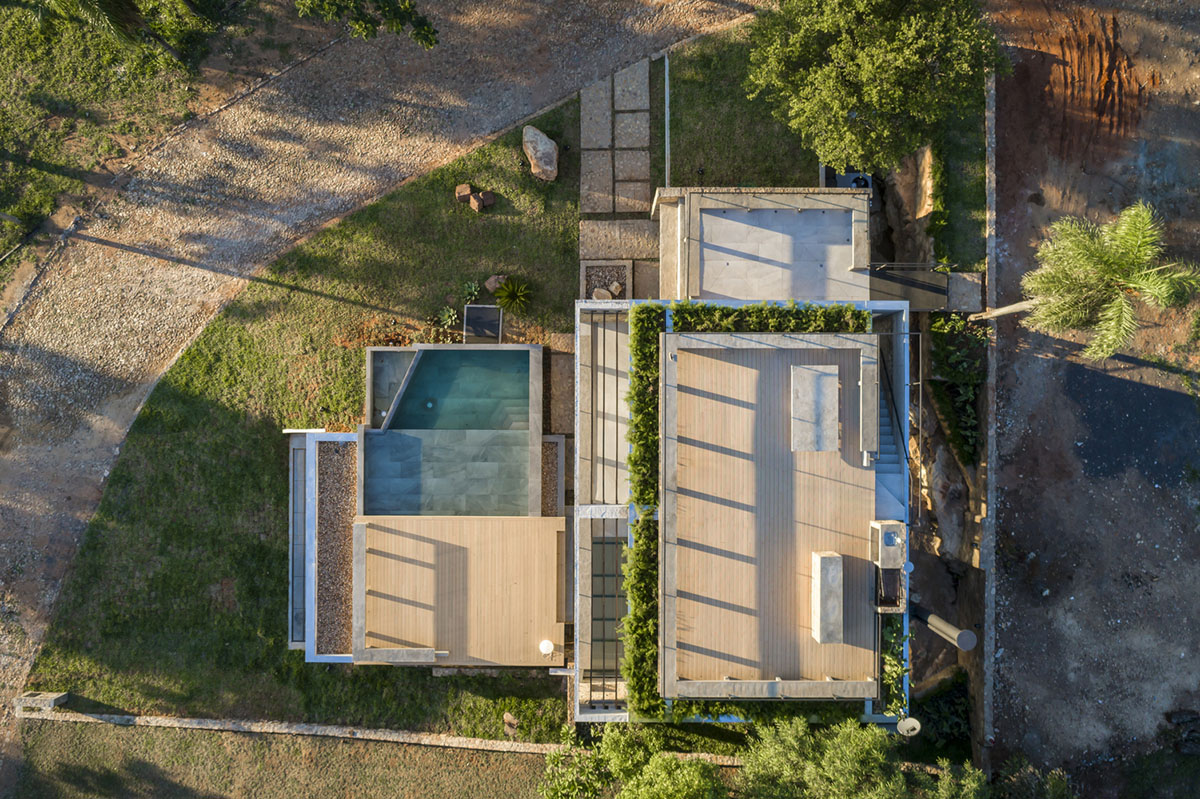 In this way, the studio could manage to optimize the use of the stone of the site and thus compensate for energy expenses and cost overruns for the purchase and transfer of foreign materials.

As the architects stated, the project gained its own identity by being harmoniously merged with the site and the landscape in turn to functionally meet the requirements of an interesting weekend house. 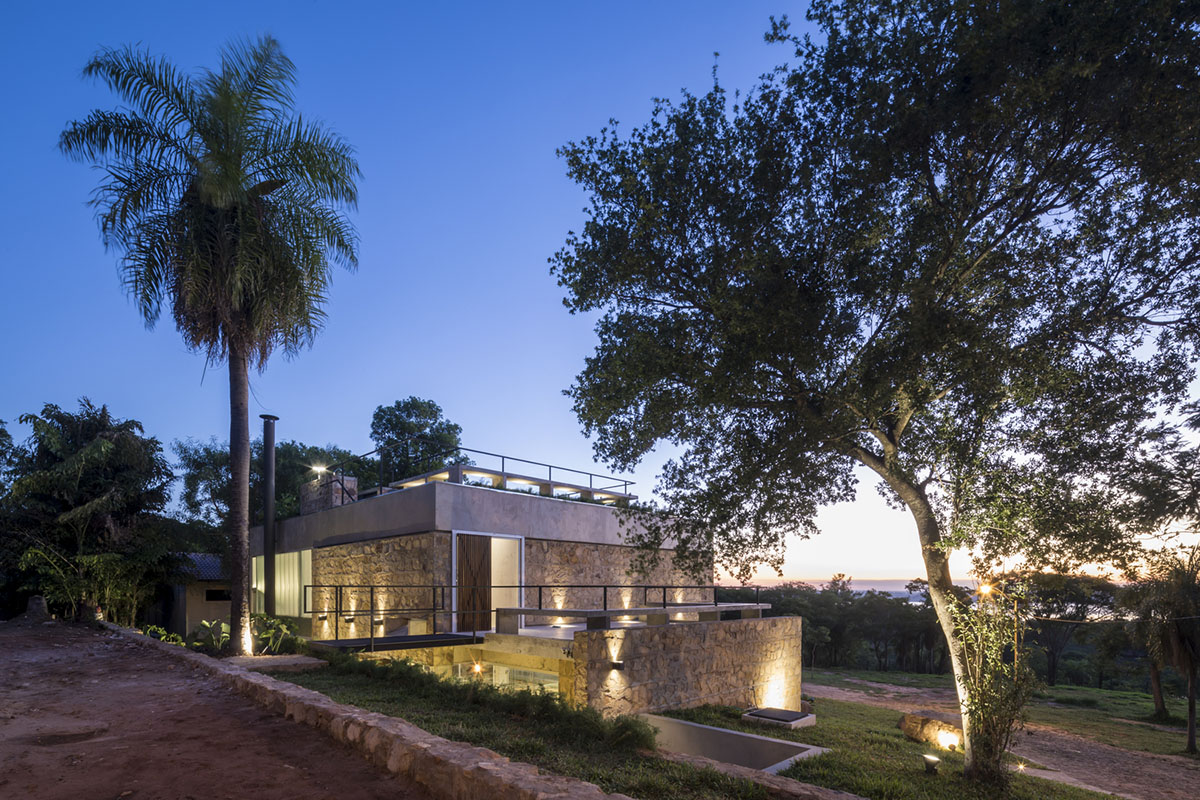 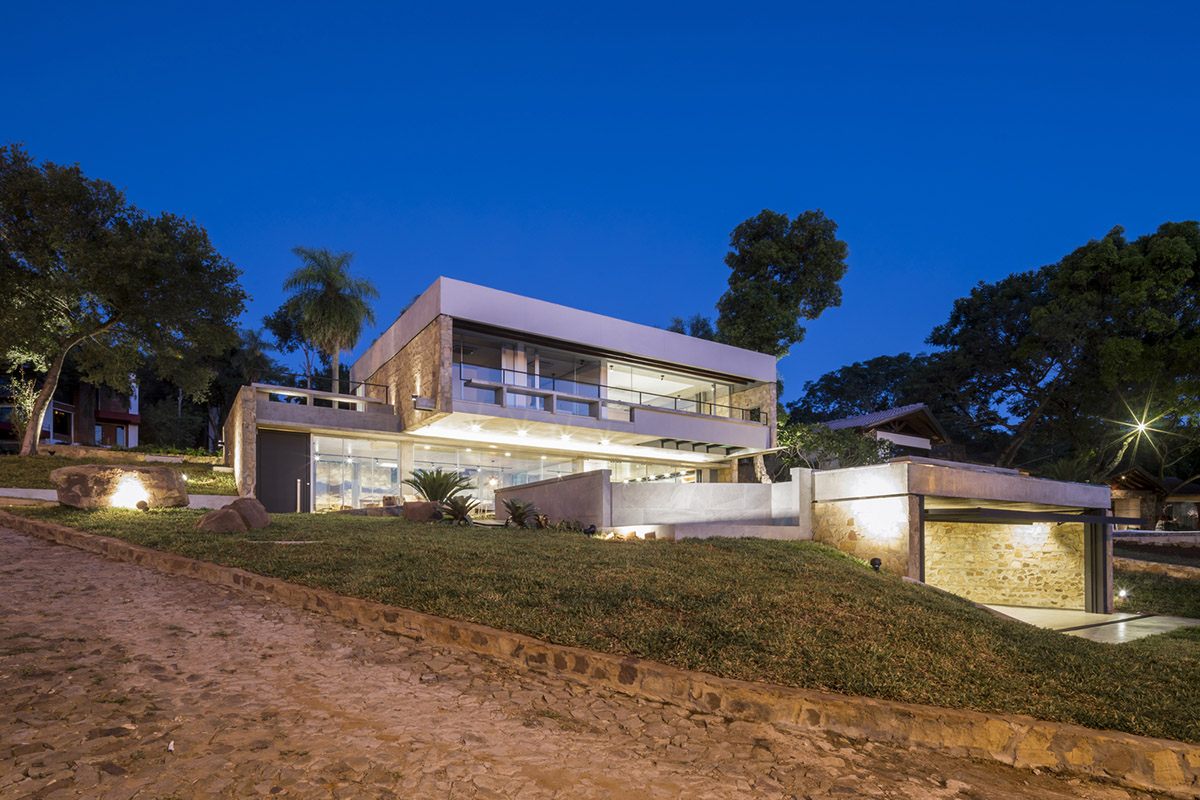 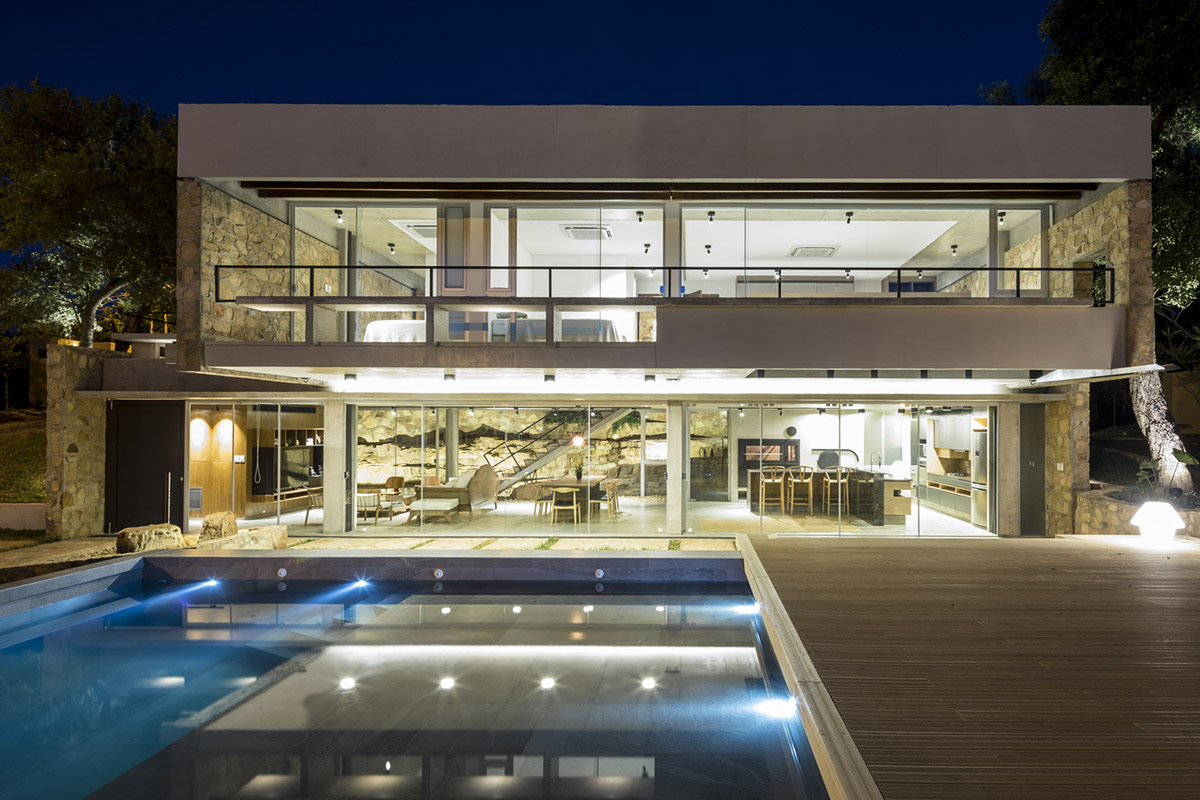 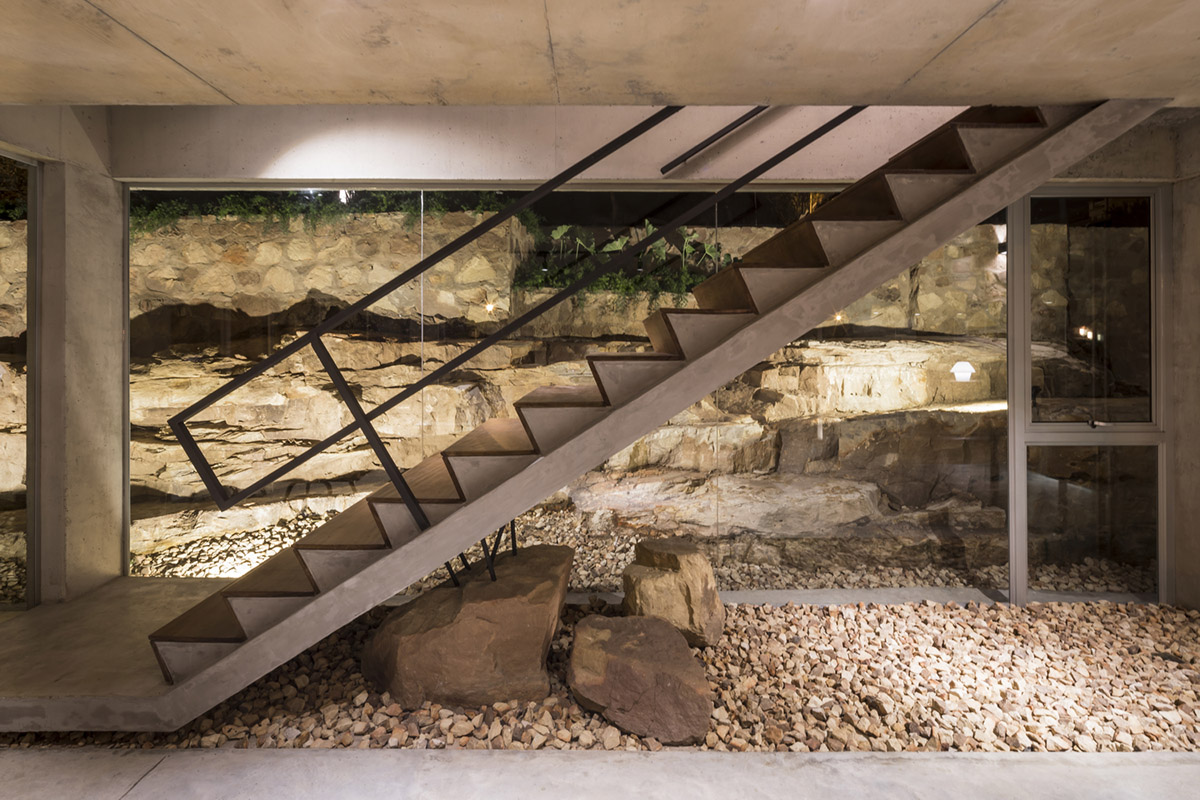 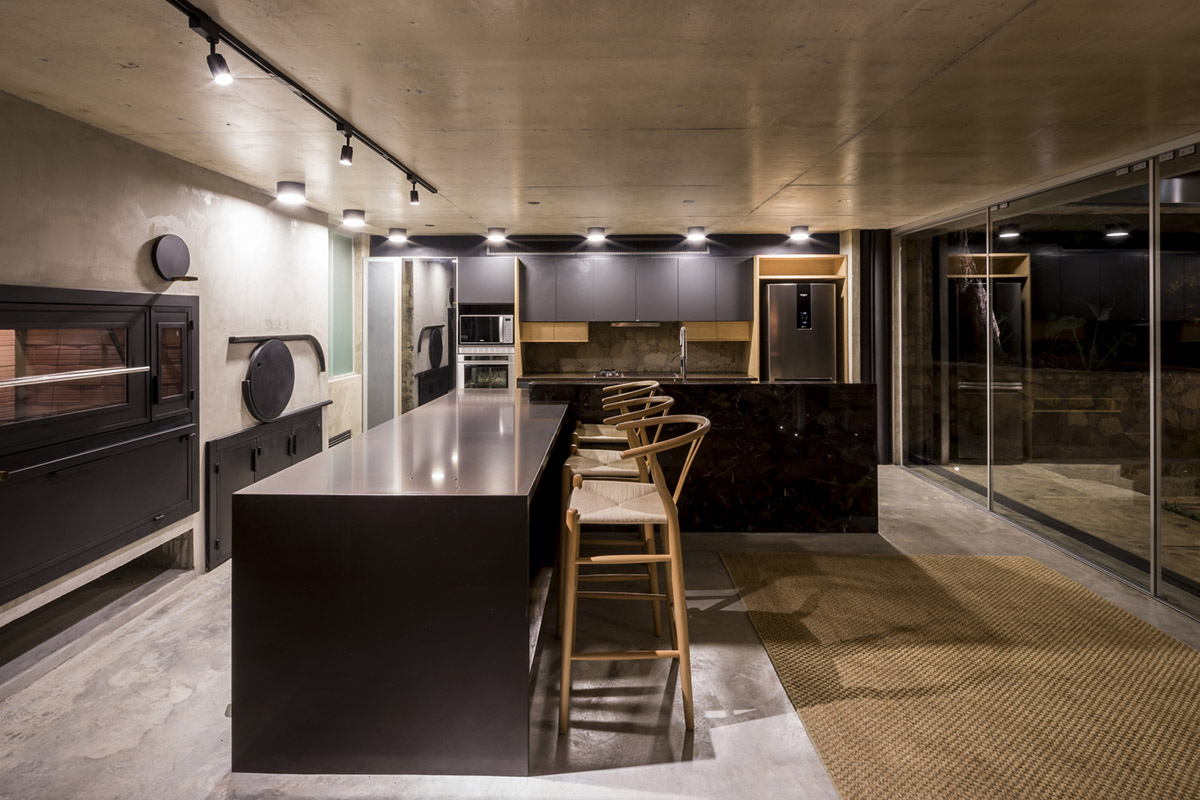 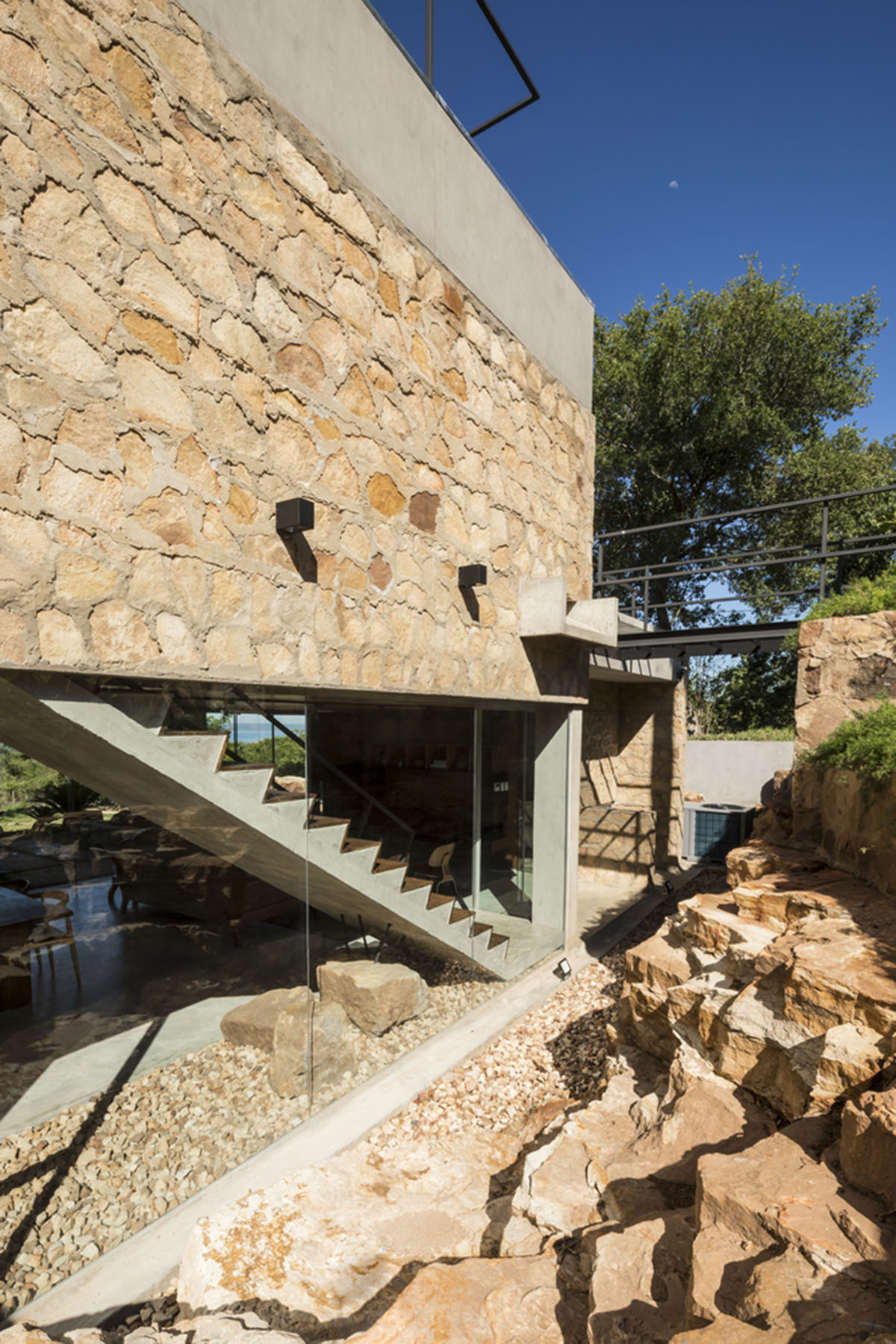 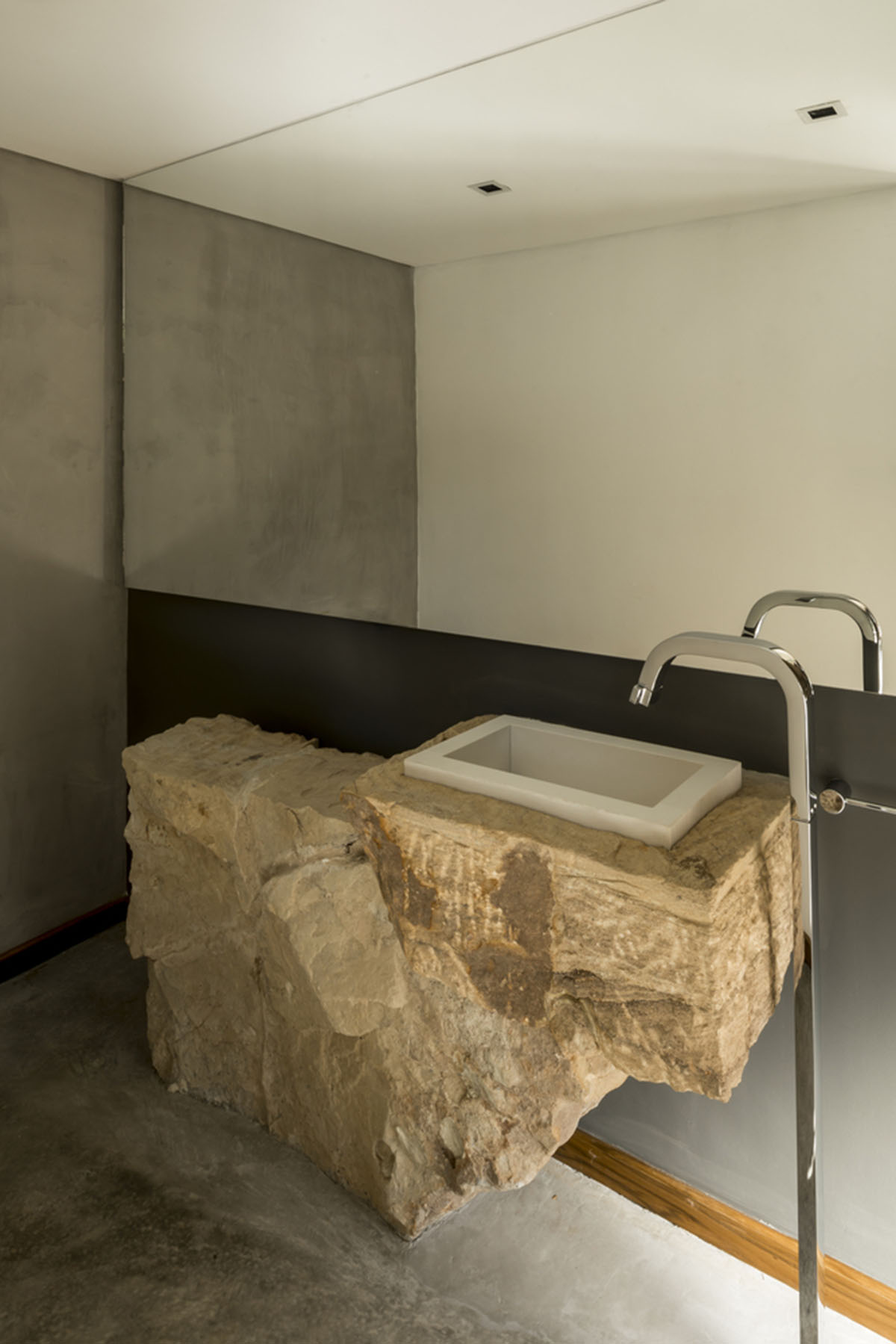 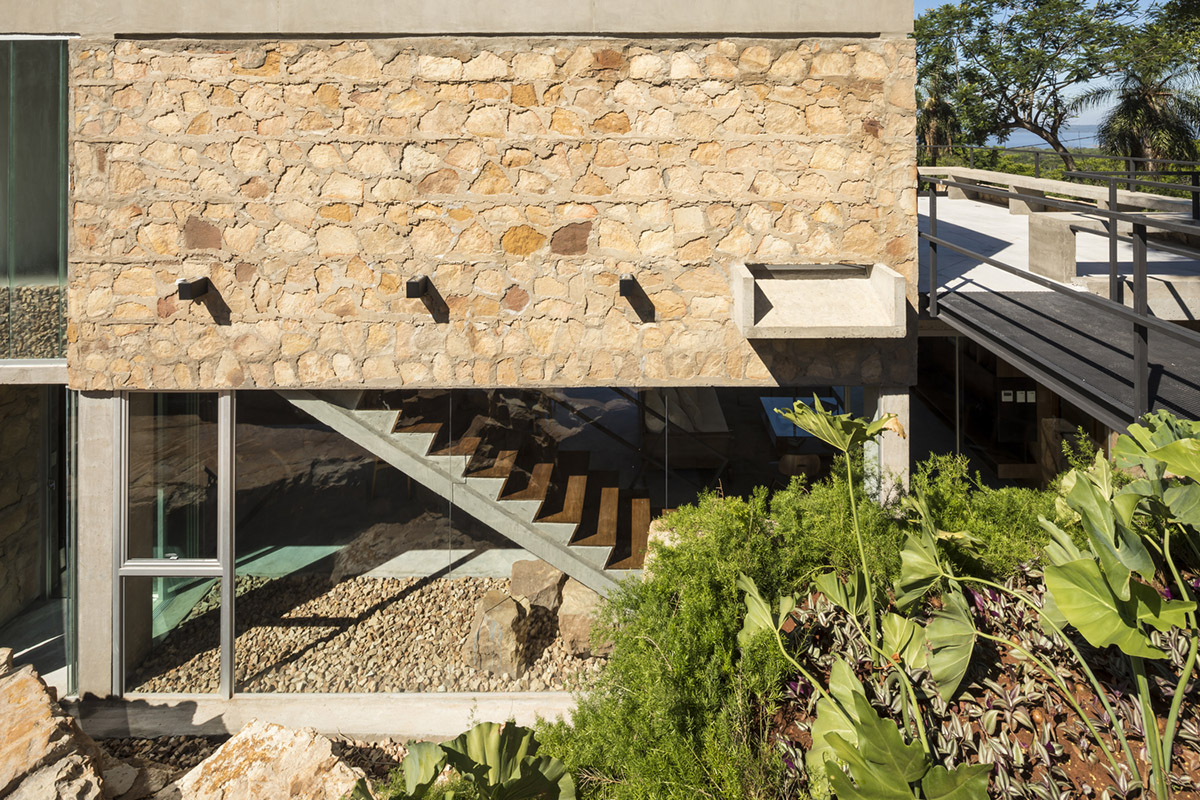 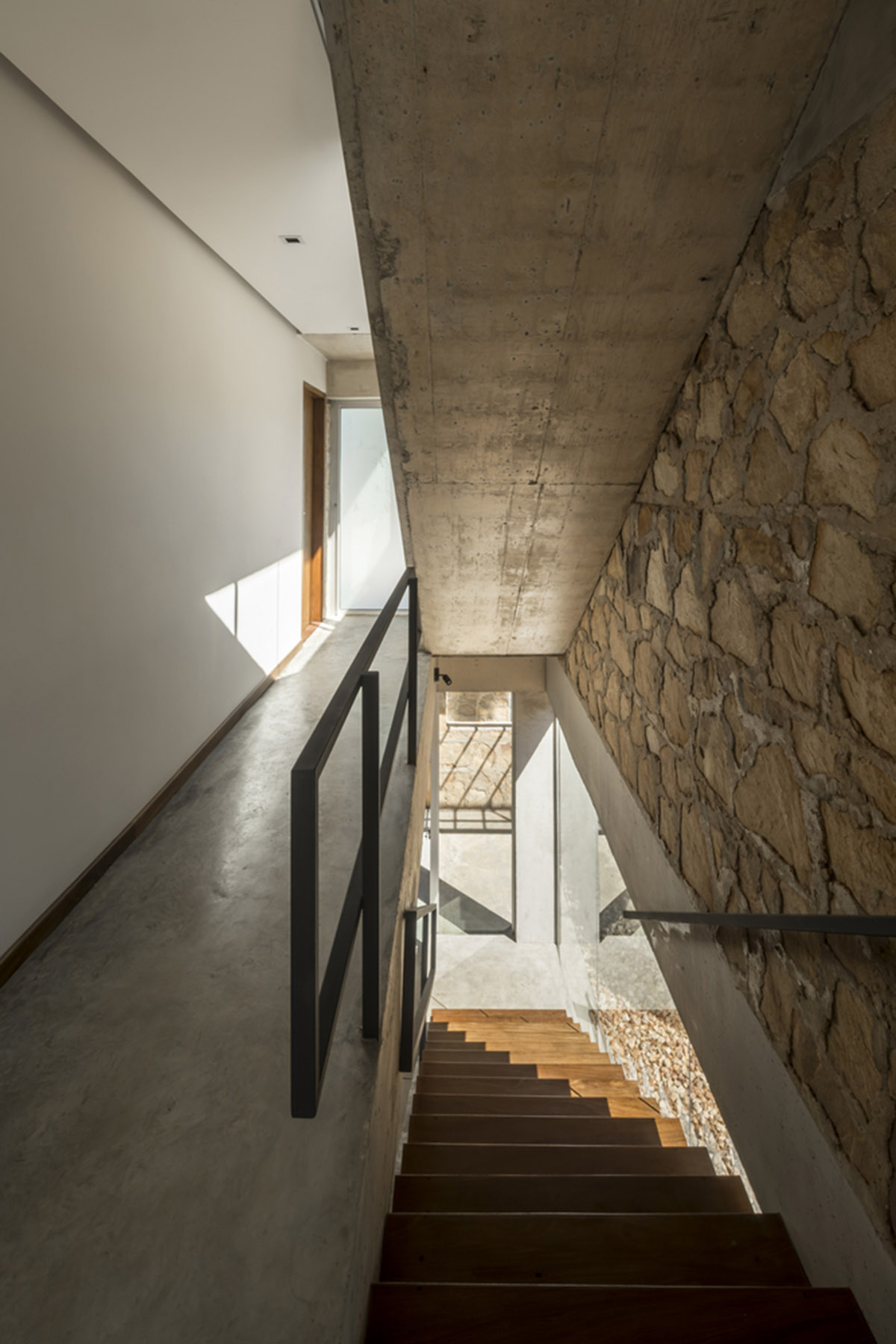 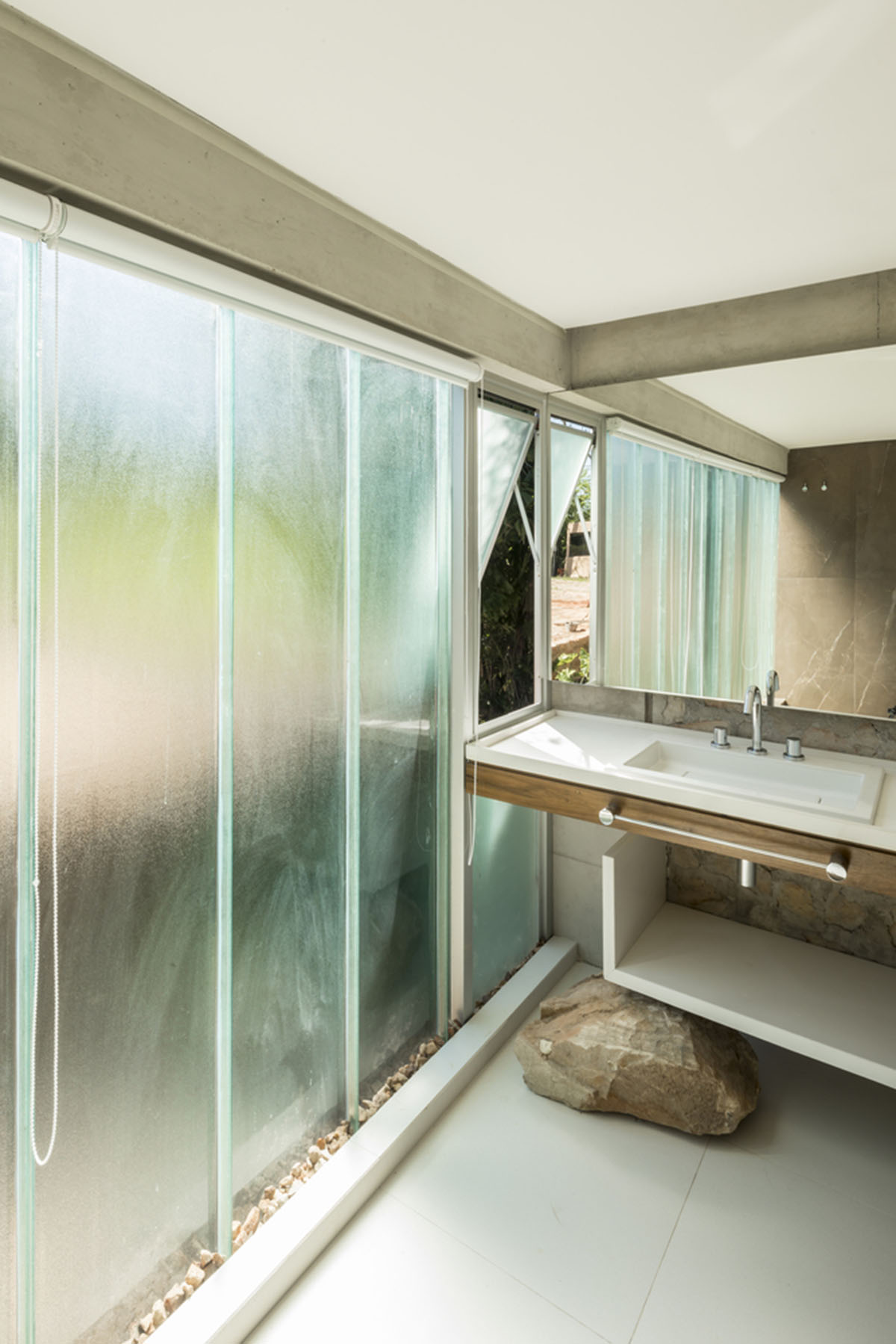 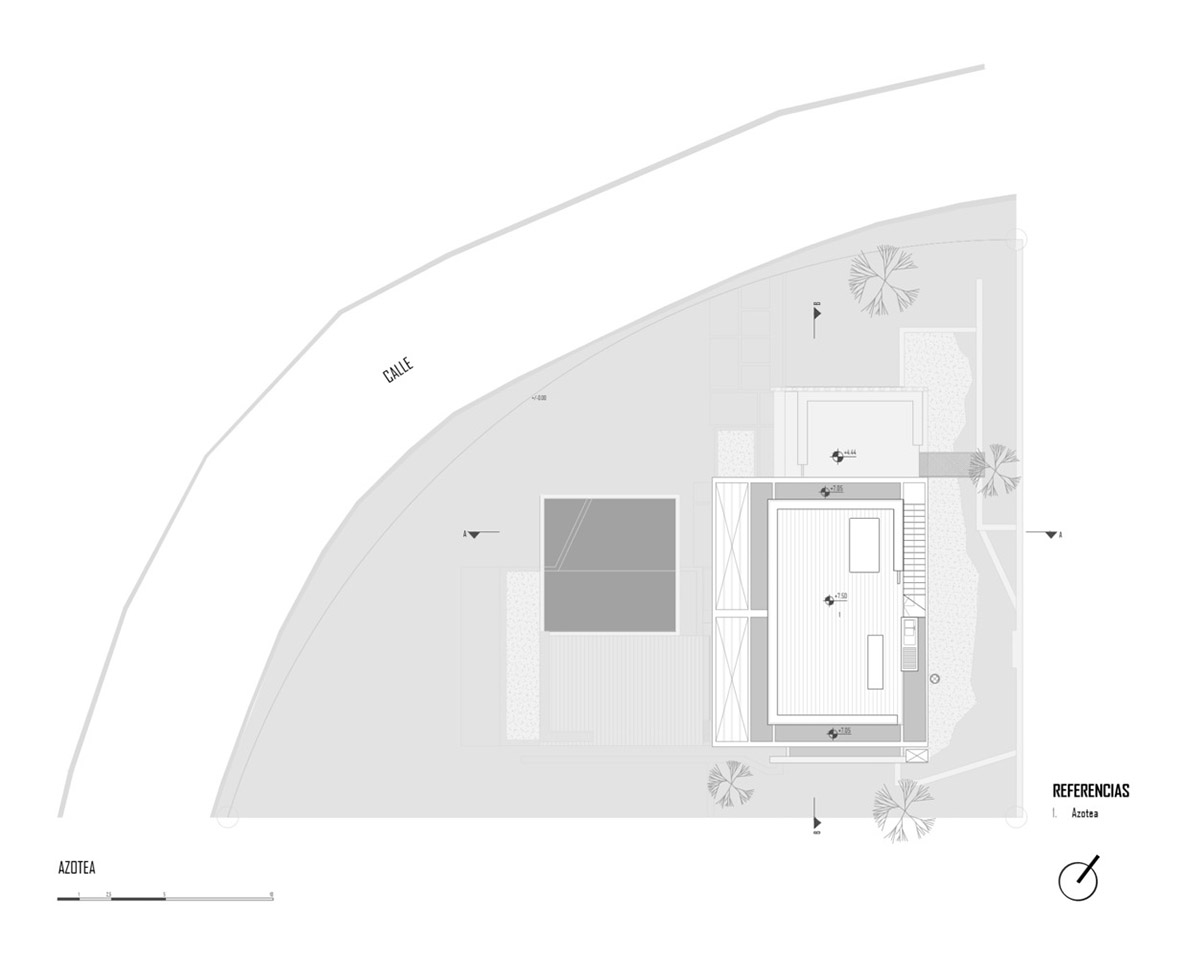 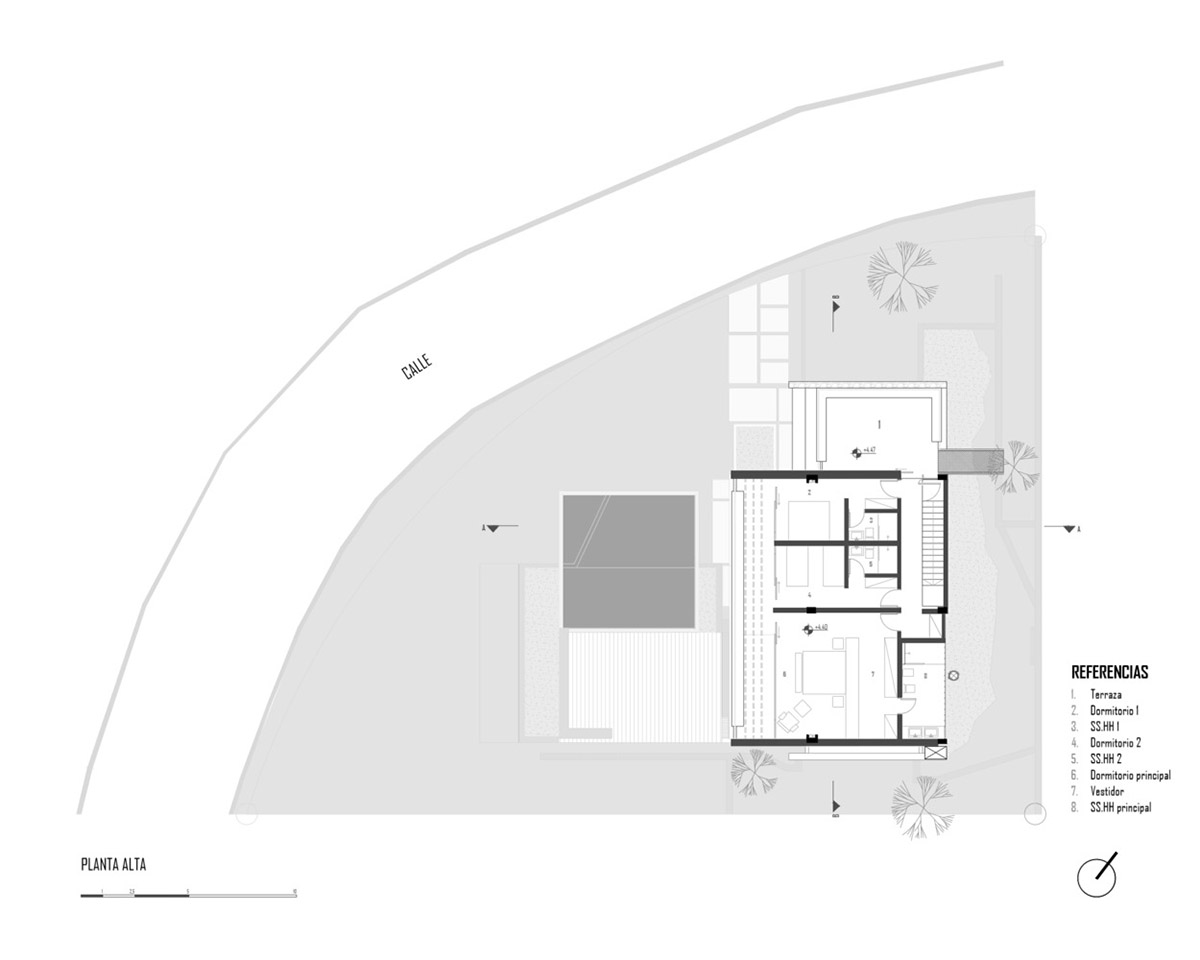 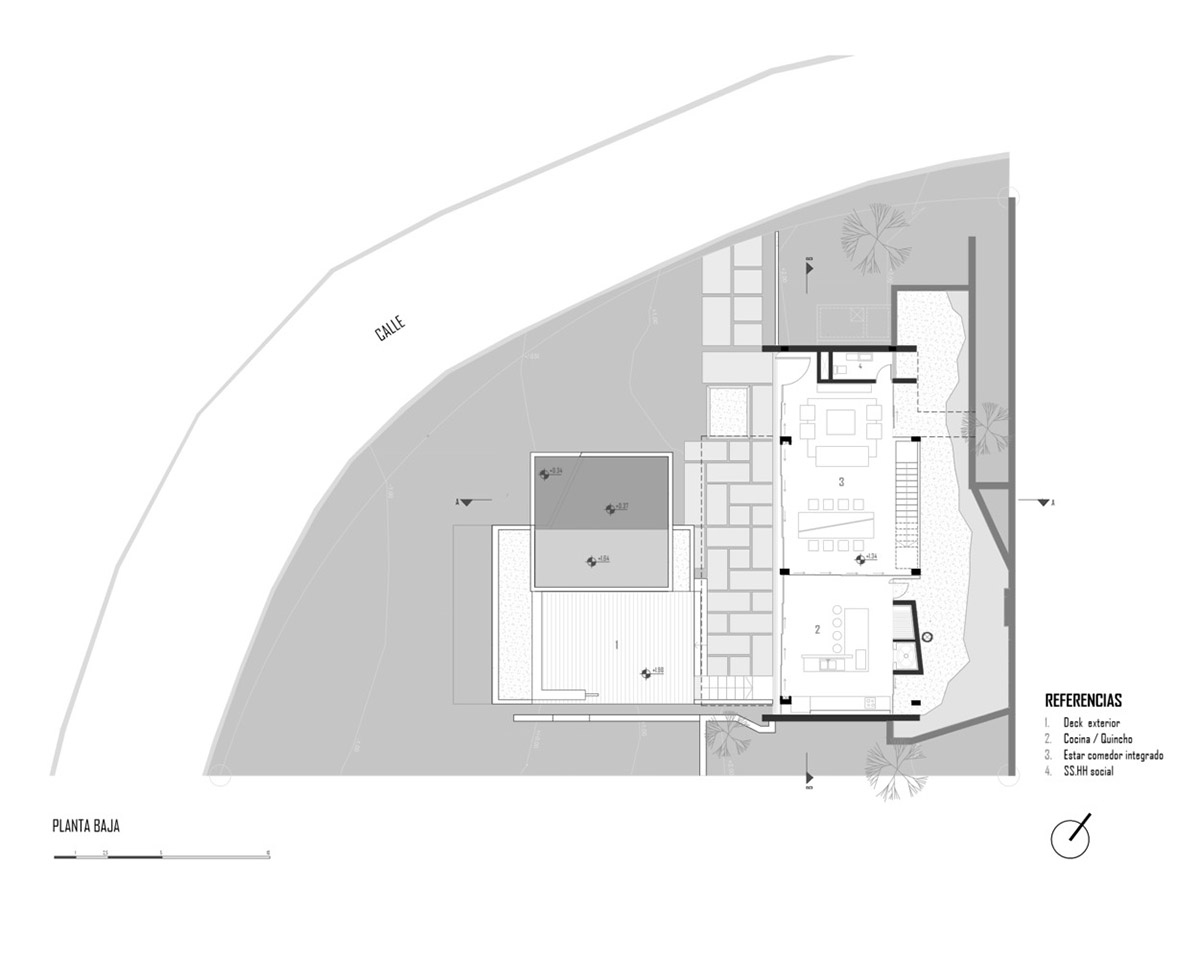 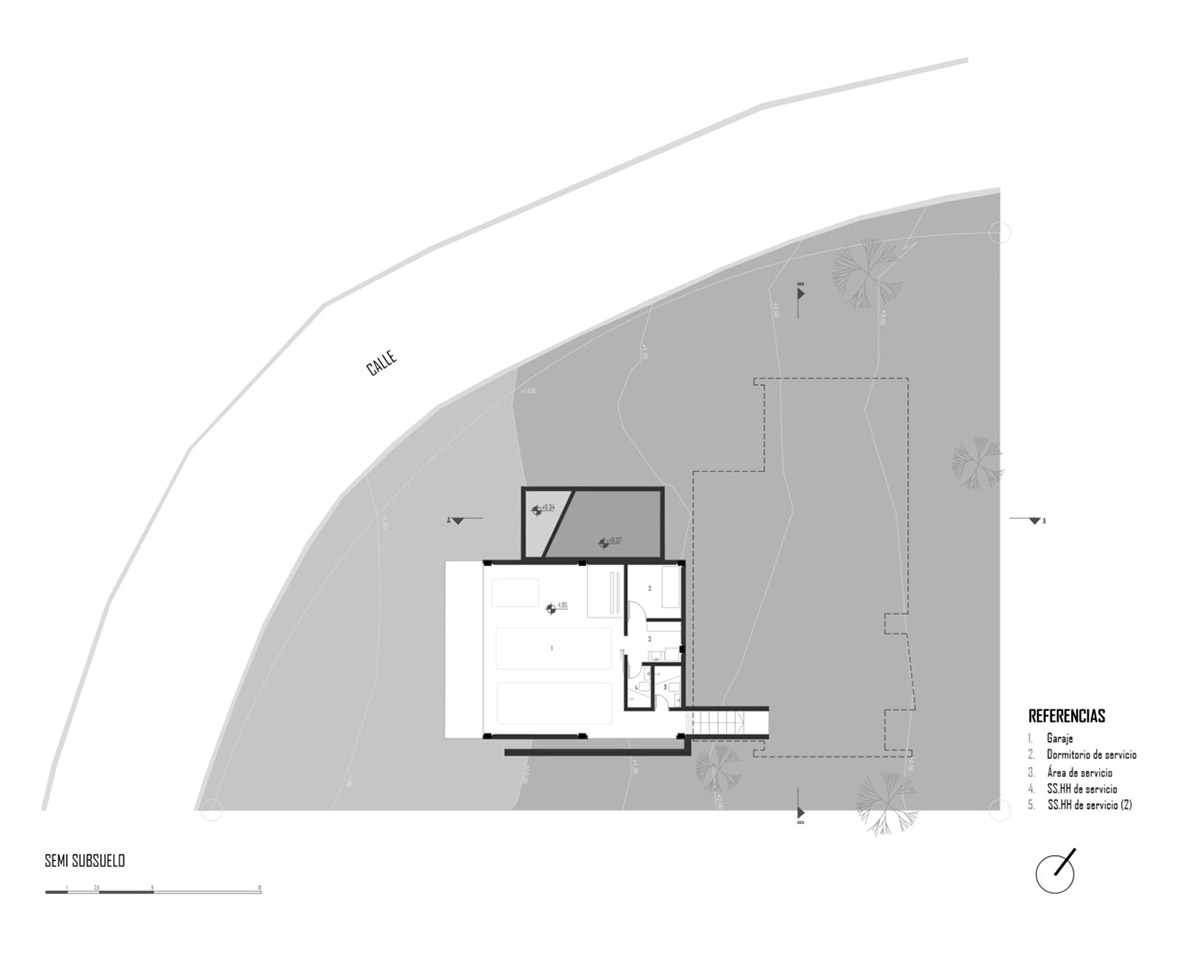 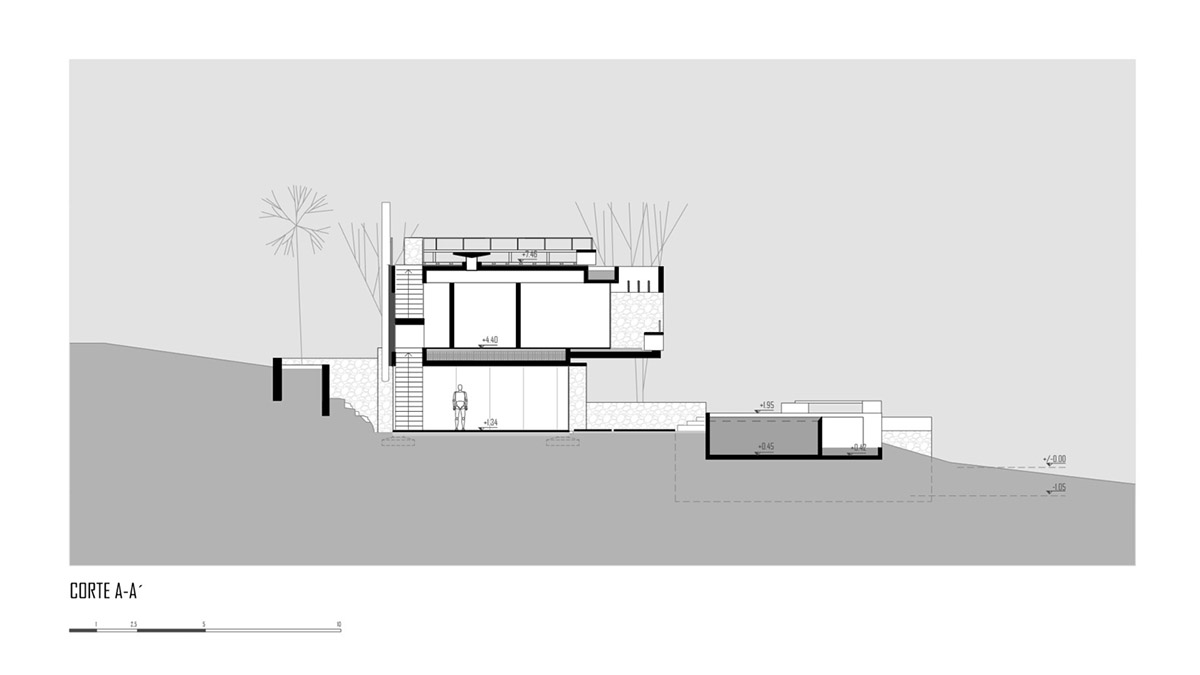 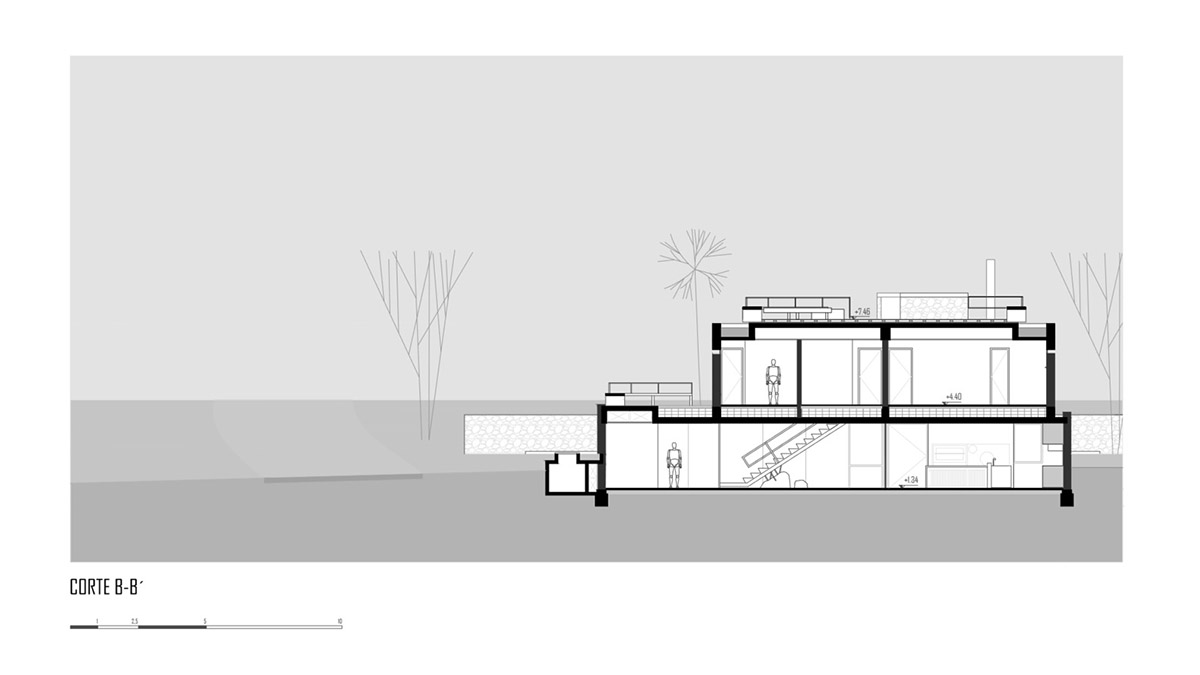 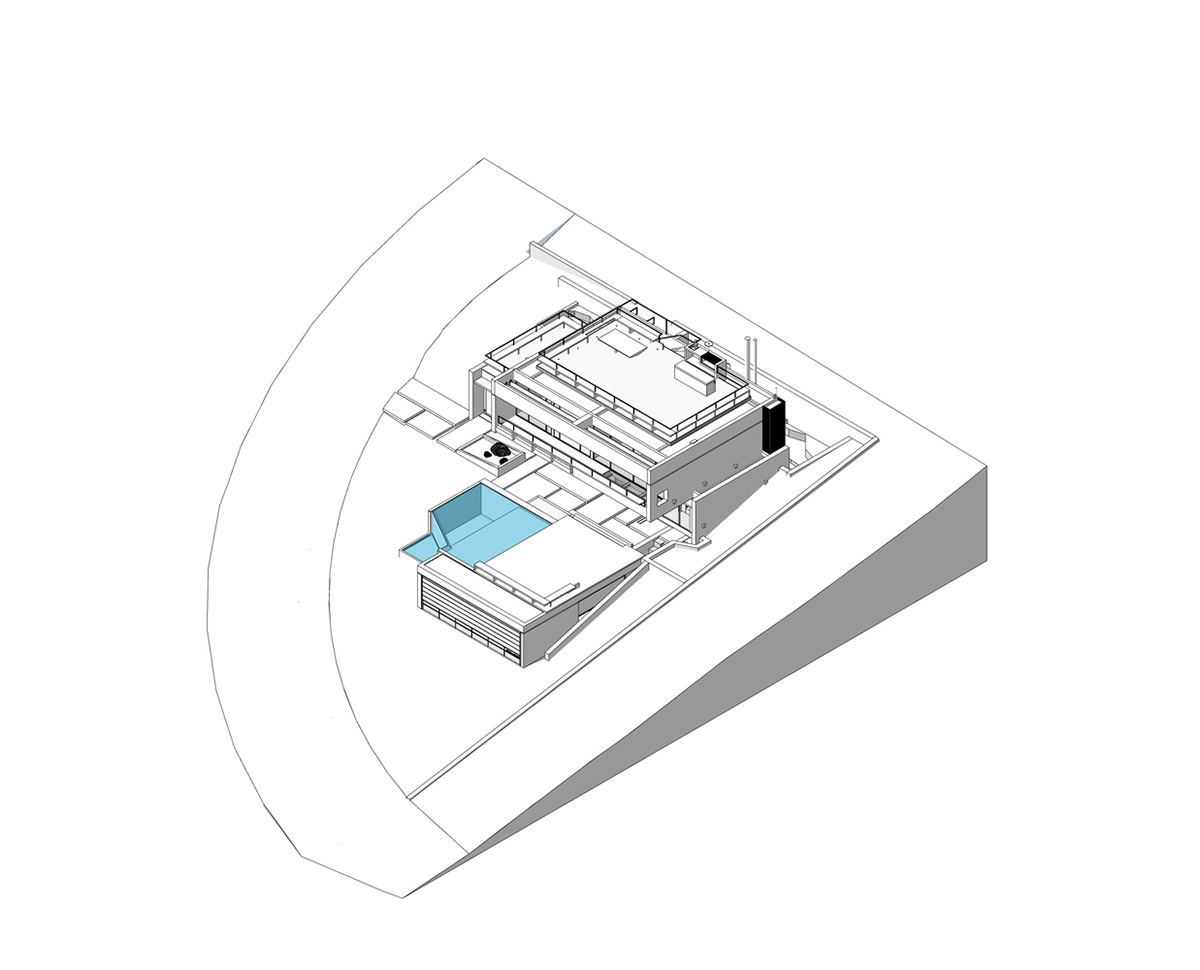