Davide Macullo on "the architecture of necessities" 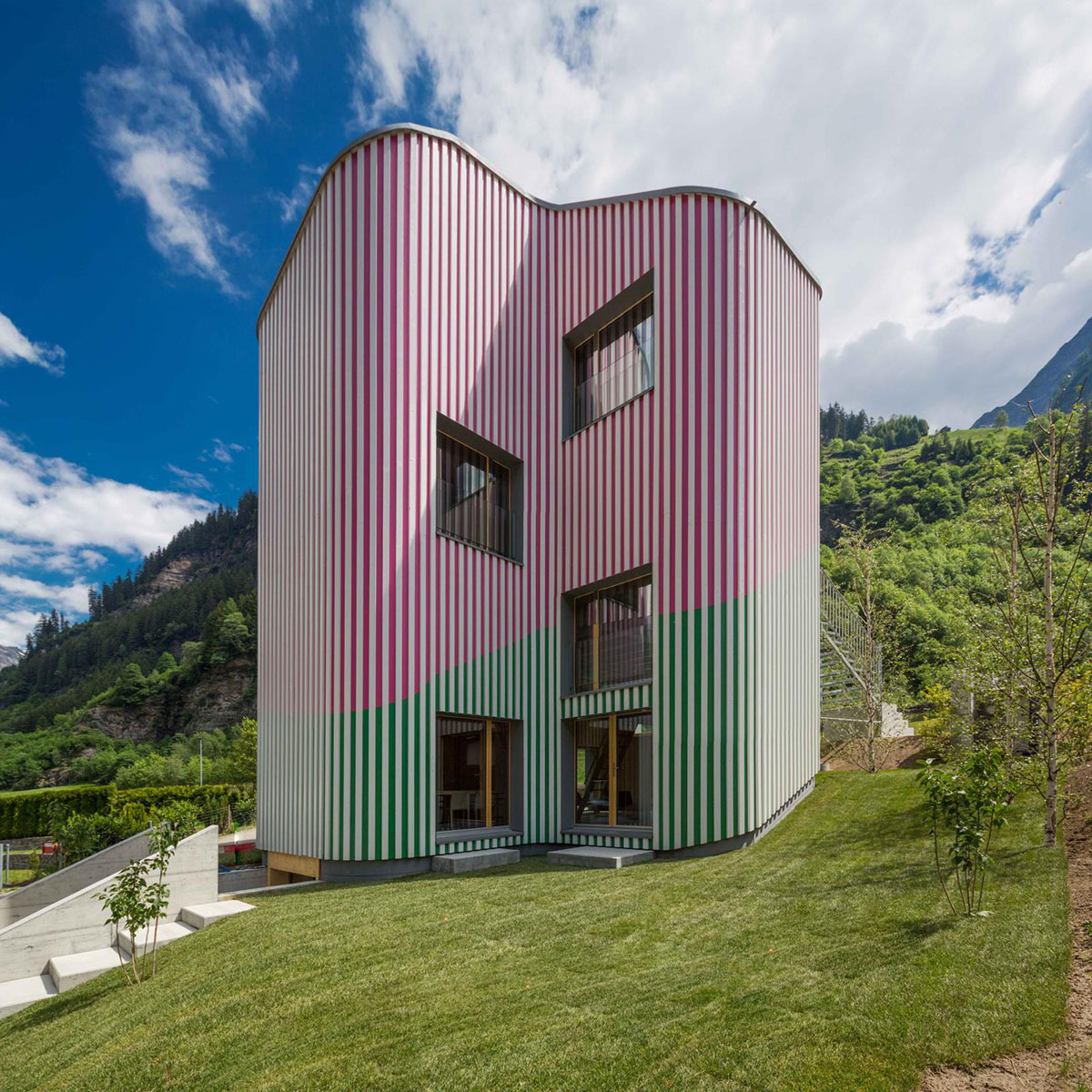 Swiss architect Davide Macullo, founder of Davide Macullo Architects, draws attention to the architecture of necessities, ranging from its humanist scale to the technological phenomena in this exclusive essay.

Buildings will outlive us, so we build for generations to come. Our journey is a time best used to contribute to allowing "a civilised people to live in the midst of their own art" (Bruno Munari).

The architecture of necessity is a definition that covers every aspect of creating architecture. It offers us the opportunity to organise our thoughts, without necessarily finding or having to focus on a sequence of priorities. In creating man’s habitat, every element is considered and as such can be instrumental in positively influencing his way of life. The two major themes we take care of in designing are the ecology of the Earth and human ecology.

"Our task is to draw from the context, until the architecture becomes the link between the DNA of a place and its future"

The territory is the first essential element that building needs. The territory, our landscape, represents the two prime conditions: the physical and the social, necessary for the transformation of a cultural to a natural condition. The first question, simple but fundamental, that we ask ourselves is: "why do I have to build this place?". The place is never neutral and presents itself with unique and distinct values. A wall or an opening positioned with a shift of only one meter, change both the meaning and the perception of an environment. The physical part includes, among others, the climatic, geographical, orographic, geological, urban planning, pre-existing conditions. The social part is marked by the cultural components such as history, traditions, social relations, the economy and politics.

Our task is to draw from the context, until the architecture becomes the link between the DNA of a place and its future. From a distance, a building is a form, the closer we come to it, it appears as a set of details filtering the outside and inside, and from inside it is a world, our world.

Our work is also imbued with a fundamental and universal value, that is added to the specificities of a place: the psychology of the human being and his capacity for perception and assimilation of space through the senses and the intellect. The analysis of these themes branches off in many directions and leads us to reflections that go deep into the ancestral needs of man, his condition, also linked to a place, and his future ambitions. It is a theme whose potential depends on the ability of the designer to question himself through both scientific, humanistic and personal research. Fundamental to obtaining valid results are dedication through infinite curiosity, unconditional love for life and the passion to nourish themselves with emotional states that are transformed into spaces to inhabit.

These are the emotions that design the spaces.

Every space reacts and influences people's moods, influencing their lives. This is the greatest responsibility we assume in contributing to sustainable growth and to the human spirit. Building with respect of nature, includes respecting human nature. The ultimate goal is to provide for a world where every individual can cultivate and better his being.

Unlike the past, both recent and remote, today the architect must take on a more humanistic role and relate differently to the technical field of the profession. Technology has exceeded the assimilation capacity of a single individual, making building an increasingly interdisciplinary subject. And it is good that the designer manages to direct the orchestra by focusing on the emotions of the sounds that feed and engage the audience.

Currently we are witnessing a general phenomenon, which leads people to experience spaces constructed in an increasingly two-dimensional way. This is due to a series of factors that have followed one another over time, starting from a more aseptic lifestyle, to the seemingly unstoppable increase in the concentration of populations in more and more dense urban areas, and to the ease of fast movements, which see a strong acceleration in recent years.

The increasing use of the newly created artificial intelligence, which unravels across the web of globalization, will result in an epochal change to the habits of the human race. We are close to complete robotisation in creating and printing "not yet intelligent" buildings to be ordered online. These reflections lead us to refine the role of the architect by choosing a possible evolution, which takes into account ecology in a broad sense. Even if today the spaces are realised in the laboratory, and tomorrow they will be realised in situ, the figure of the architect will be necessary to give a reason to build. We imagine a biodegradable fluid substance, which stiffens on contact with air, and 3D printers that spray it on site to build our habitat by reacting to the surrounding environment, and following a predefined schedule. We will have a complete project that will lack the poetic component of architecture, guided by human doubts and emotions. The limits of man lead to obtaining sublime results, precisely because they are cultivated in the sphere of fragile souls.

In the universe of these ingredients that contribute to creating a project, we add others that we consider the tools.

Time is one of the fundamental tools for Gestalt. A building resembles a tree: roots-foundations, stem-structure, crown-spaces. We want a building to be an intuitive organism: one that becomes the extension of the senses, like having a long nose, enormous ears, eyes that see 3D, a huge mouth and the longest limbs for the strongest embrace. An architecture must not need instructions to be lived, but to offer a natural sense of orientation, to live it simply by feeling at ease. Understanding the ebb of flow of human life times gives us the ability to make spaces static or dynamic based on their use, working on moods such as: the sense of tranquillity, aggression, fear, safety.

The more the reflections are articulated, reasoned and sensitive, the more complete and continuous the experience is in living spaces.

A built place, like a natural one, must convey a sense of wonder in time: every day as well as the passing of the years. This experience, linked to the expansion of time, brings us back to perceiving a place again in a complete way and no longer only in a two-dimensional way.

The senses of man are the measuring instrument of the space that surrounds it. The increase in technology leads to a slide in the use of perceptive functions. The task of the architect is, among others, taking care of perception, stimulating people to "feel" embraced by harmonious spaces. The design is the connection of points, following priorities linked to contingencies, on a three-dimensional grid like the stars in the sky.

In addition to the elements, the ingredients and the tools necessary for the creation, there are other aspects that can be defined as the arteries of the metabolic-space, comparable to the vital ways of the human body and their structure that allow us to enjoy a positive feeling of living. One of these is to provide, for each environment, a visual escape route, so that a person never feels trapped in a space. Another is to find the centre of gravity of a composition that makes us feel the psychophysical balance at every scale of the intervention, from the territorial to the intimate one. This reflection starts from recognising our body as a container of fluids that needs a continuous balance to calibrate our internal motion, avoiding excessive oscillations. The organisation of spaces and spiral paths completes the perceptive experience in terms of human well-being. The principle of structuring paths and spaces in a spiral motion, allows for a sequence of time necessary for the individual to pass from a public condition to a private one until he reaches an intimate context wherein to cultivate his dreams.

Architecture must facilitate these harmonic steps to allow social cohesion based on mutual respect. Once we arrive in the most intimate space of a built organism, we find ourselves confronted with ourselves and from there we can project ourselves into the universe, even through technology.