Wiki Tribe cabins, made of modular wooden system, have been built with local participants in Huzhou 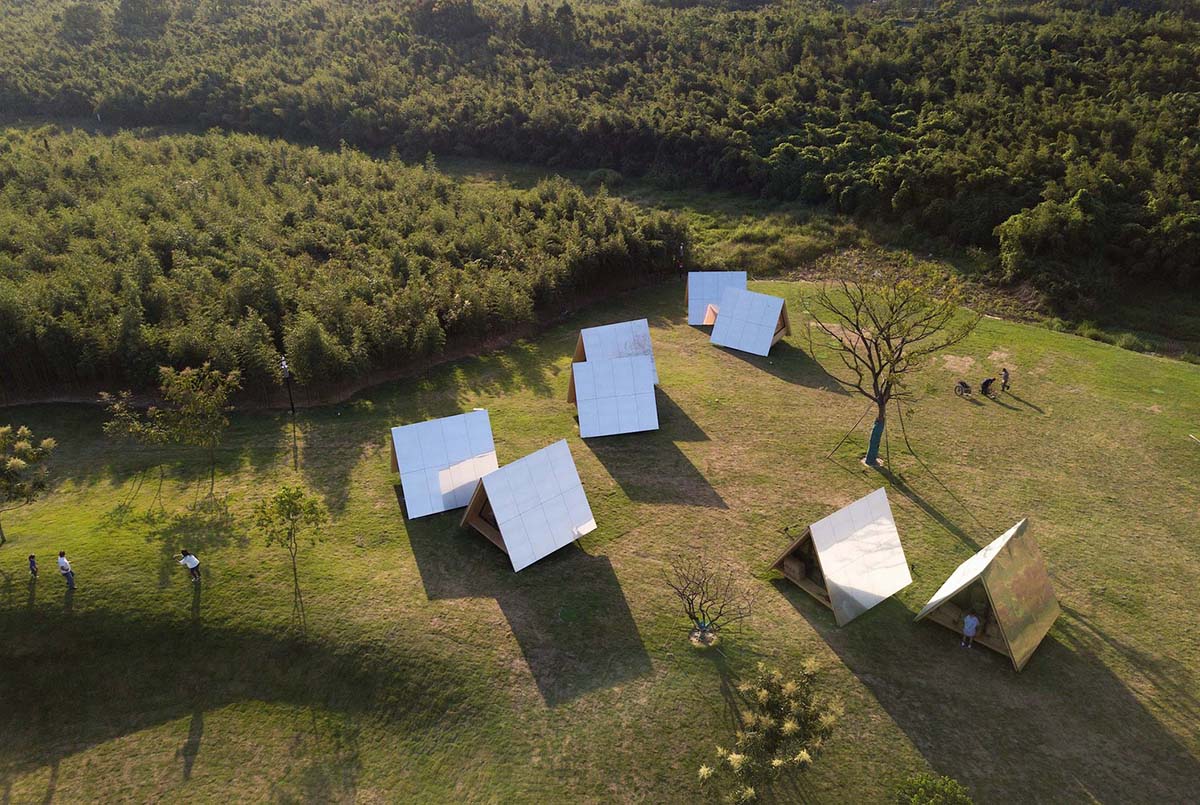 A group of cabins, made of modular wooden system, has been built in Mogan River Valley, Deqing Huzhou, covering an area of 20 acres. Designed as part of a theme park built by international families, the cabins were entirely built with local participants as a collaborative approach.

Designed by Advanced Architecture Lab[AaL] and Wiki World, Wiki Tribe has been developed as a theme park built by international families. As an implement of "co-construction, sharing, symbiosis" from HABITAT III, Wiki Tribe was planned and designed by architects, however, unlike traditional cultural tourism projects, part of the public buildings in Wiki Tribe was designed and built by children and parents from city and countryside. 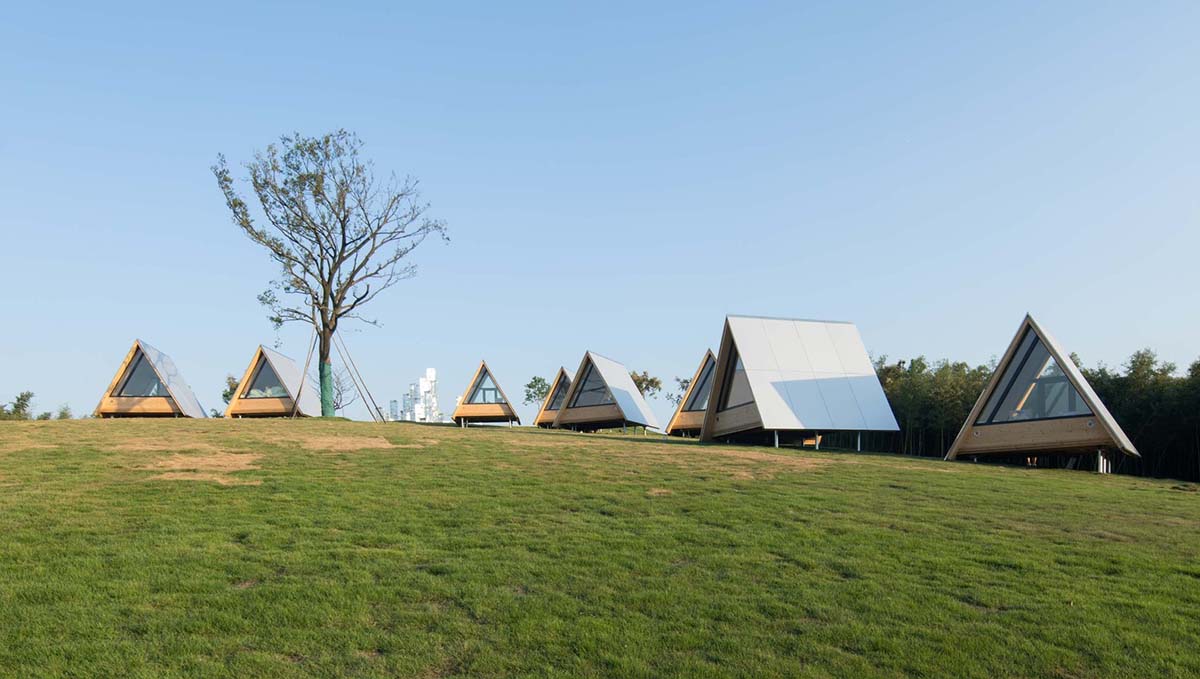 Wiki Tribe was designed to be a parenting and holiday park in the context of Rural Revitalization. The project includes Urban Thinkers Campus of UN-habitat, Sino-French WoCC Architectural Festival, Parki City and Wiki House. 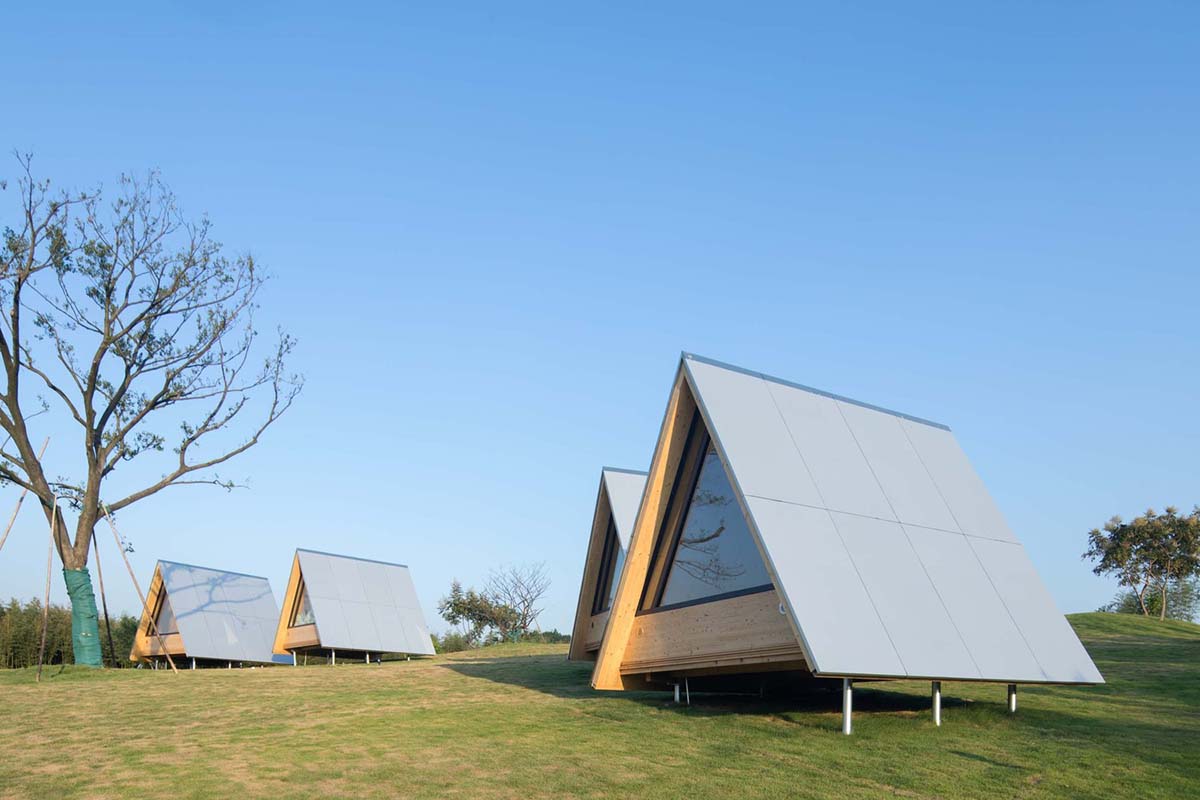 To build these structures, Wiki Tribe received on-site support from UN-habitat, World Children Campaign and 7 Billion Urbanists. And Parki City from Wiki World, an interactive building game and a parenting construction course, will provide the sustainable energy to the project – different communities and families can design and build here in the future, architecture has been reformed into an educational and social platform. Thus, the project will be redefined and upgraded constantly by customers from now on. "Wiki World is dedicated to link people with natural architecture. We believe that architect is a science full of joy. We wish that one day machine will not be the only method to build, architecture will be back to the hands of human beings," said the team. 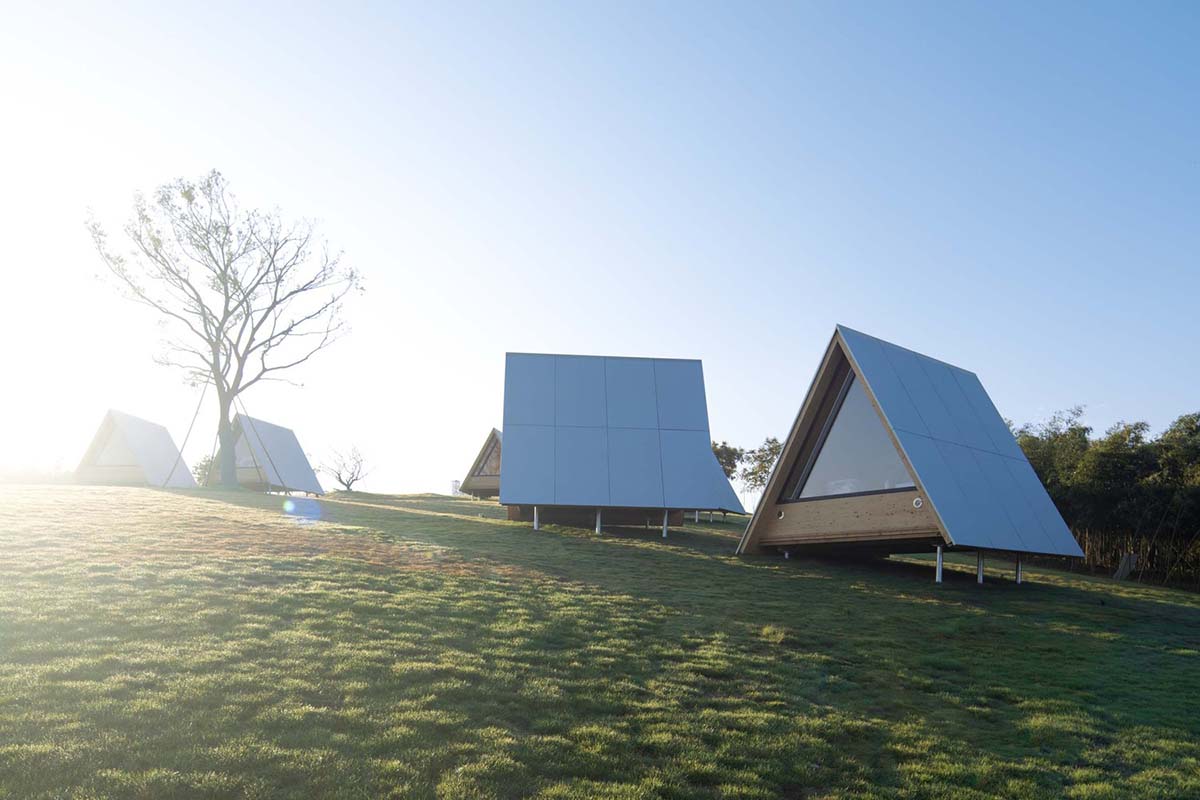 As Urban Thinkers Campus of WUC of UN-habitat and the core content of Wiki Tribe, we have invited 12 families from Little Fish Community to co-build two Wiki House through group learning and children-parents cooperation. The whole process took five hours. It was abided by New Urban Agenda and Sustainable Development Goals from HABITAT III, and inspired to search advanced cases of high quality human settlements globally. 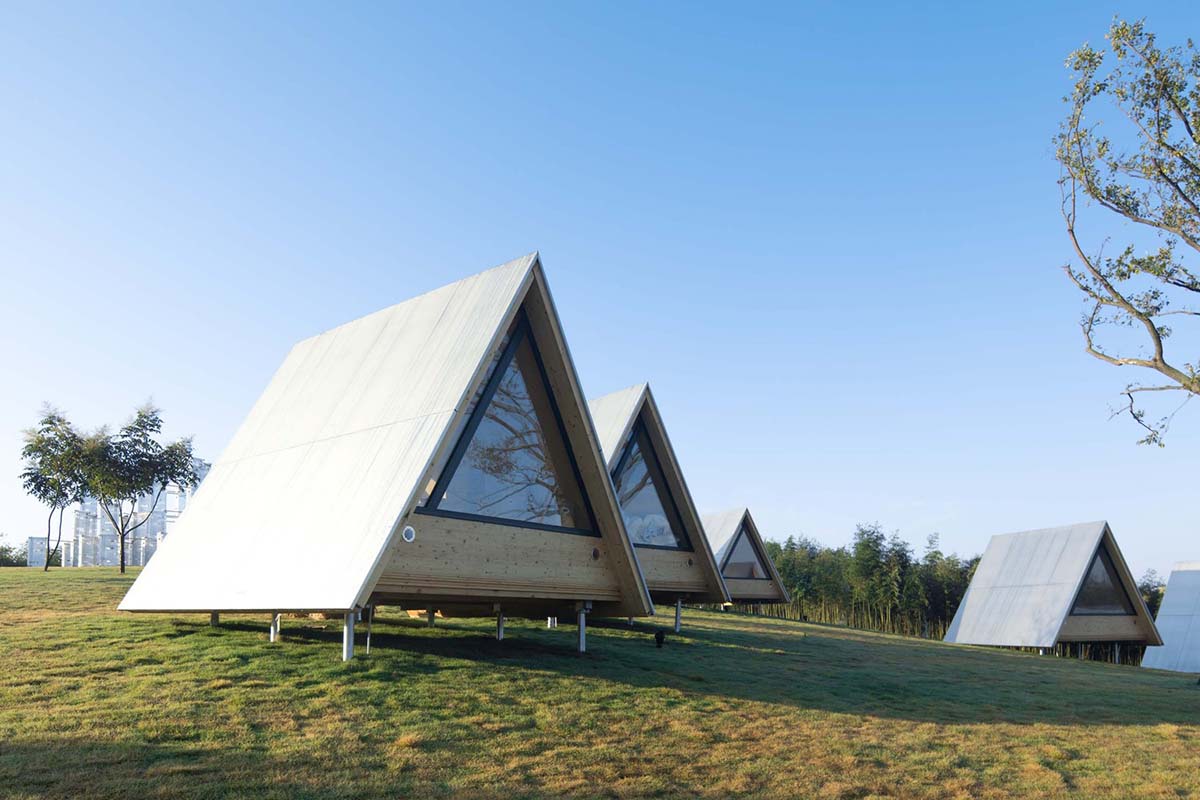 "Kids Can Build": A New Kind of Children-Parents Architectural Education

From "City in Sky" in 2012, AaL and Wiki World were dedicated to discover the possibility of involving children into building and construction education. After a series of successful international experiments, they co-found World Children Campaign together with the top architecture college and institution in France. They believe architecture is a great media of problem based learning, an original STEAM system. The innovative construction courses can cultivate children’s creativity, and form an initial sense of urban, space and environment in the heart of children. 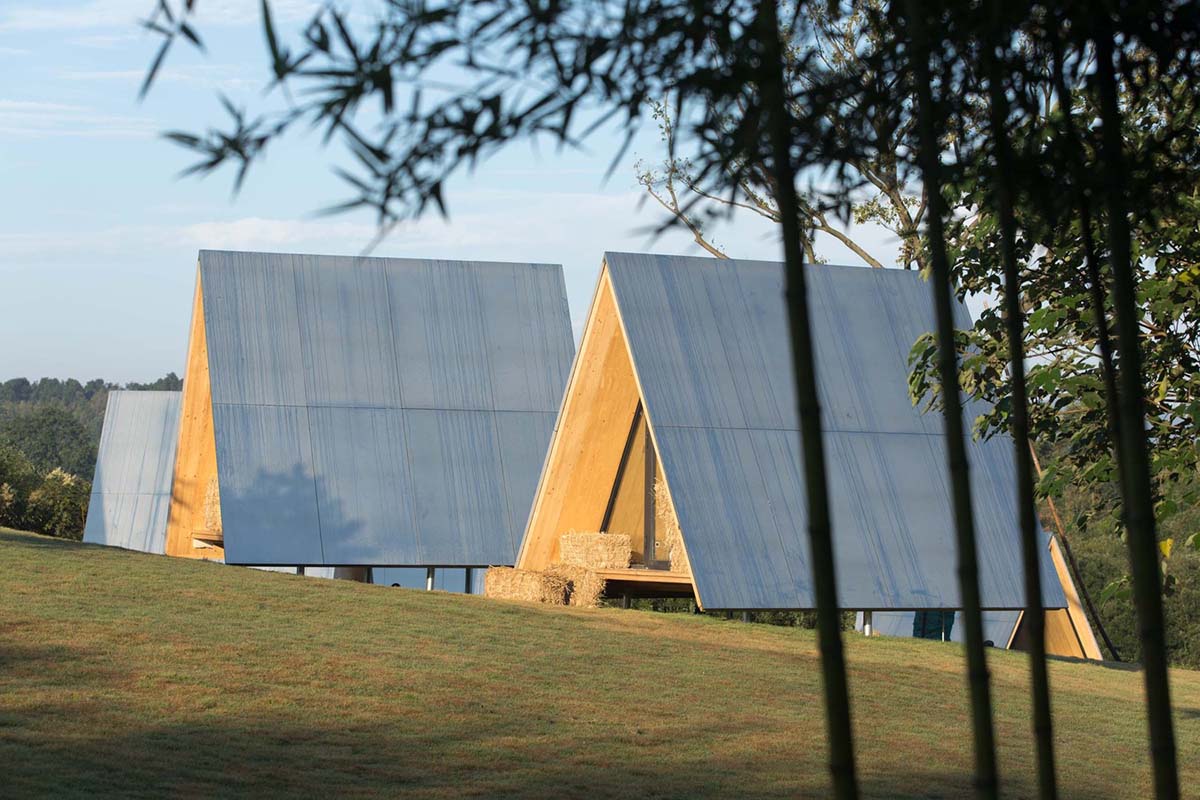 In this Sino-French WoCC Architectural Festival, over 100 children and parents co-built a flash building tribe, covering 160m2, 5m height, in 6 hours. The tribe was entirely built with Parki, an independent research and development children architecture product. It was a playground for children, as well as a public space for studies and parties. 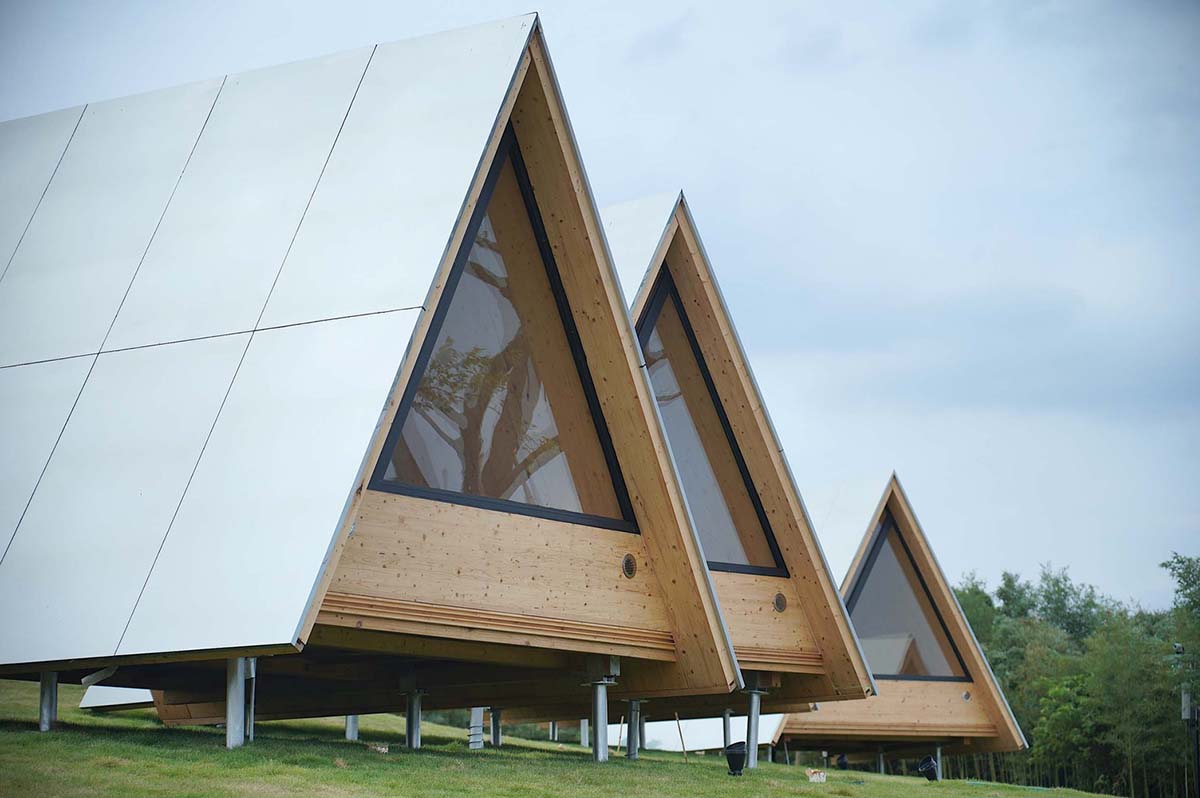 Wiki Tribe has introduced a modular wooden system researched and developed by Wiki World. The material was made from imported log. Because of this high precision construction method, not only those Parki-based buildings that can be built by families but also Wiki Houses consume zero concrete and can blend into the nature seamlessly.

The high precision construction method offers the public an opportunity to build, and also a higher efficiency of project construction. It cost only one month to finish the assembly of the main building. 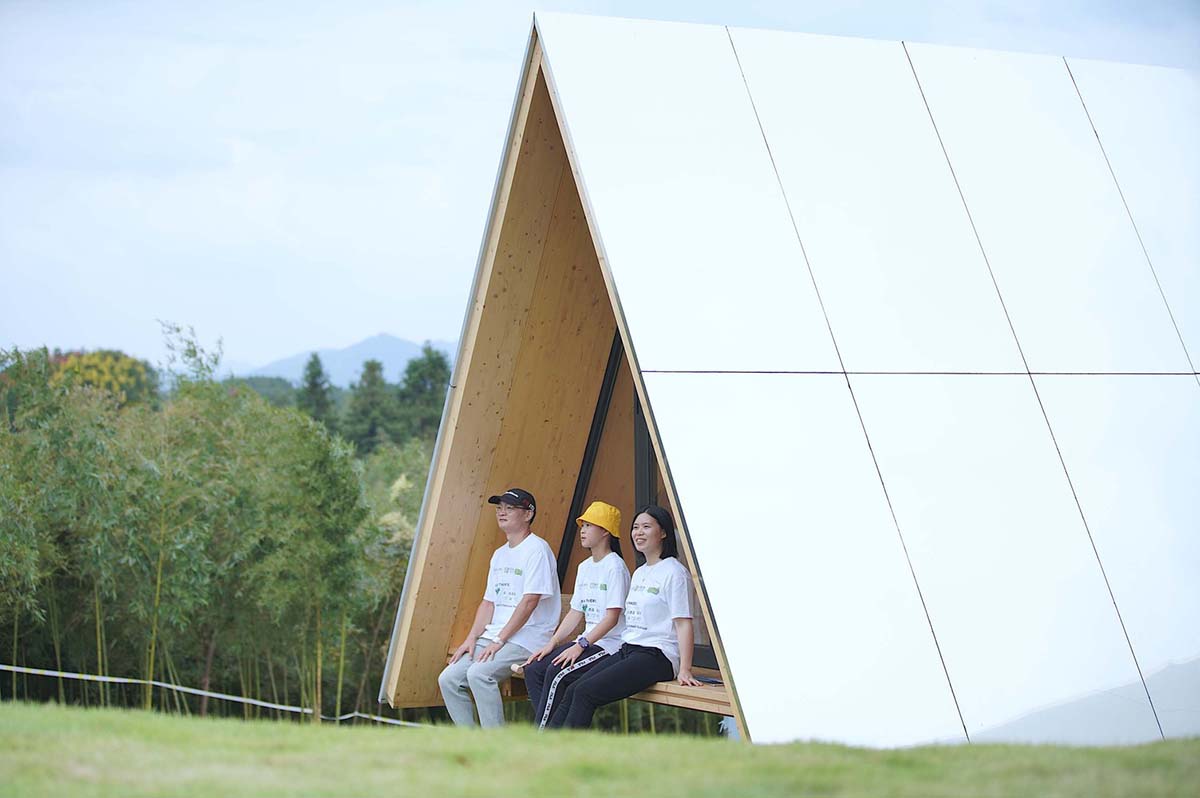 "Wiki House in Wiki Tribe was assembled by German CLT plank. We hope the reflexive facades can change the traditional impression of wooden houses. We aim to build environment as a part of our buildings, and the presence of the houses is determined by the lights," added the team. 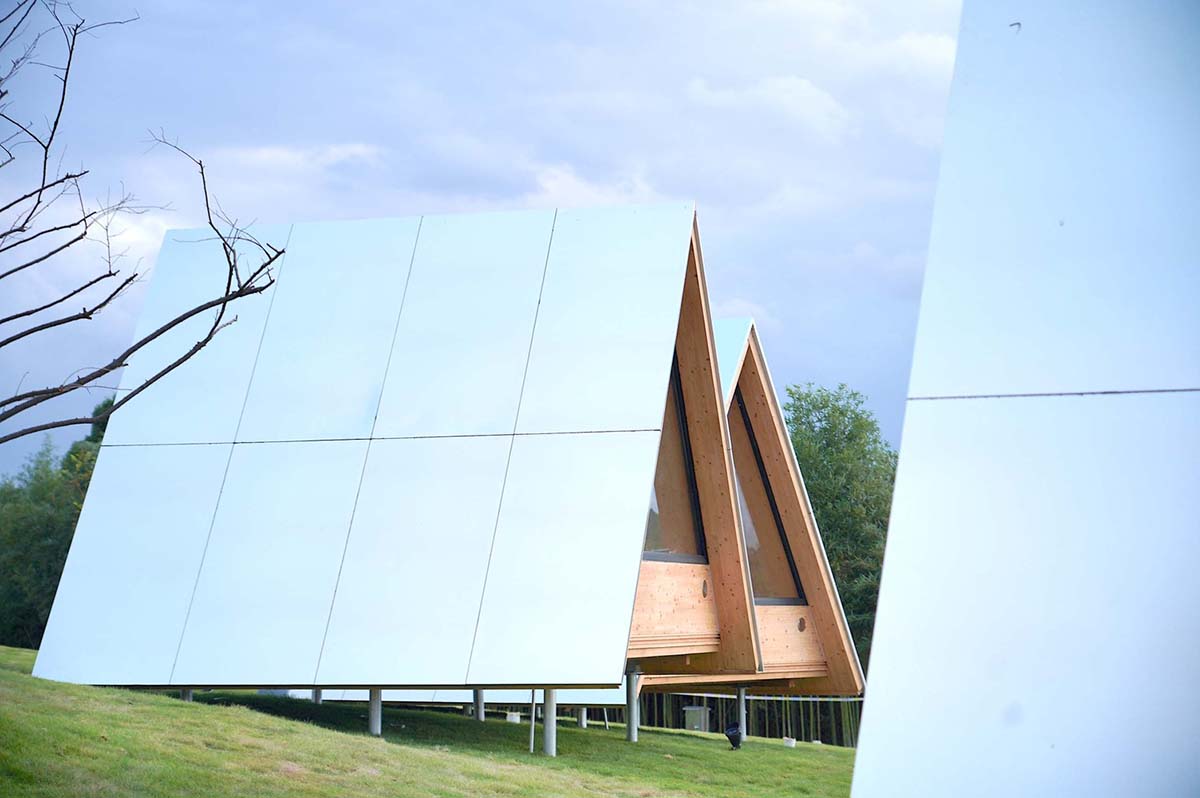 As an innovative result of collaboration of Wiki World, SUNAC and many other international institutions, Wiki Tribe probes into a new relationship between architects and so-called users in an architectural way, and seeks a possibility to use architect as a media of space cooperation in the internet and new consumerism era.

In a more comprehensive context of Rural Revitalization and Cultural Tourism Development, we have seen more and more projects are touching people and local community. As a new working mode advocated by 7BU in HABITAT III, Open Urbanism has been adopted by many architects to impart the public with a new link of architecture and space through open source design and collaboration. Thus, architecture has been empowered more possibilities. 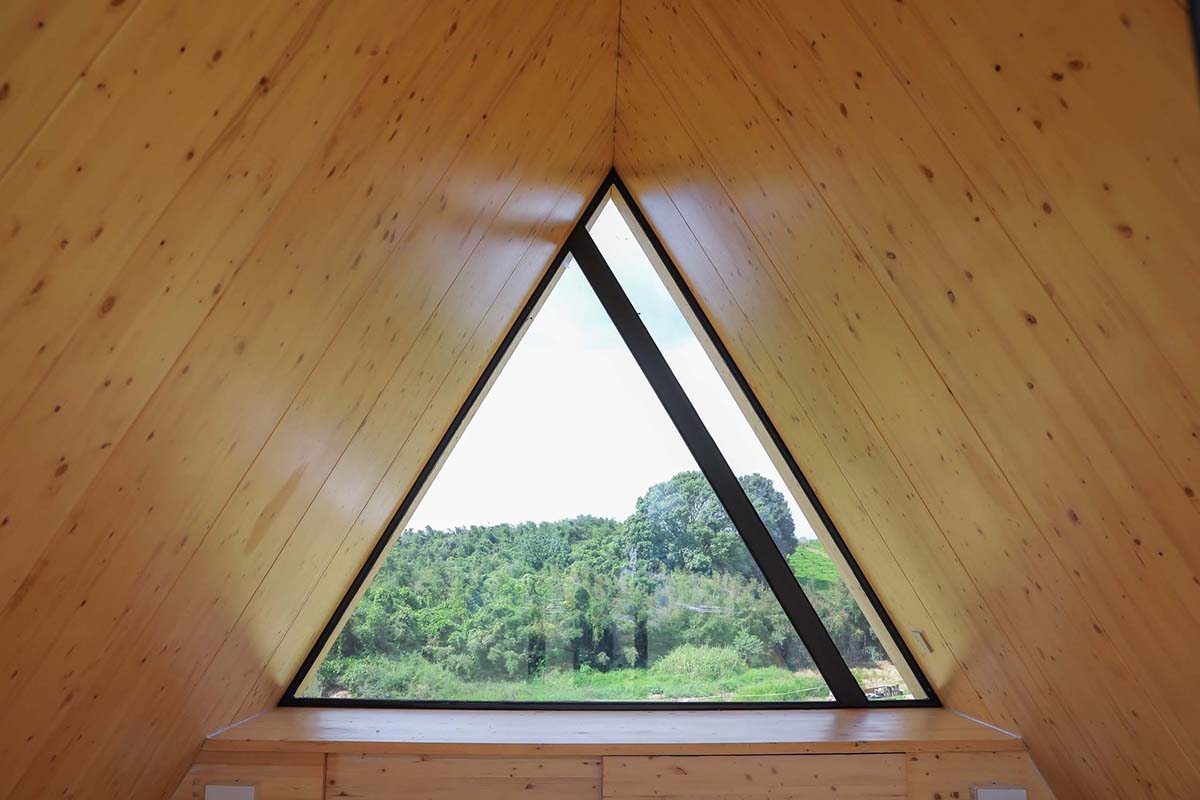 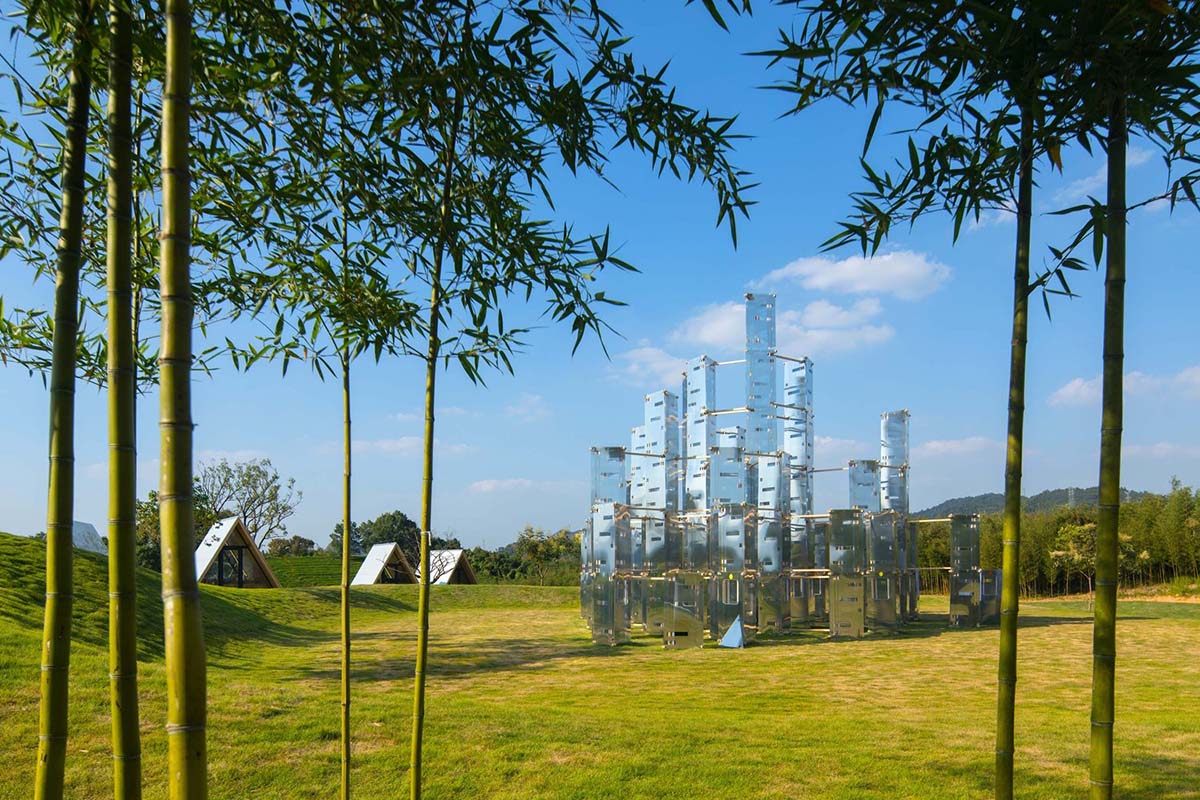 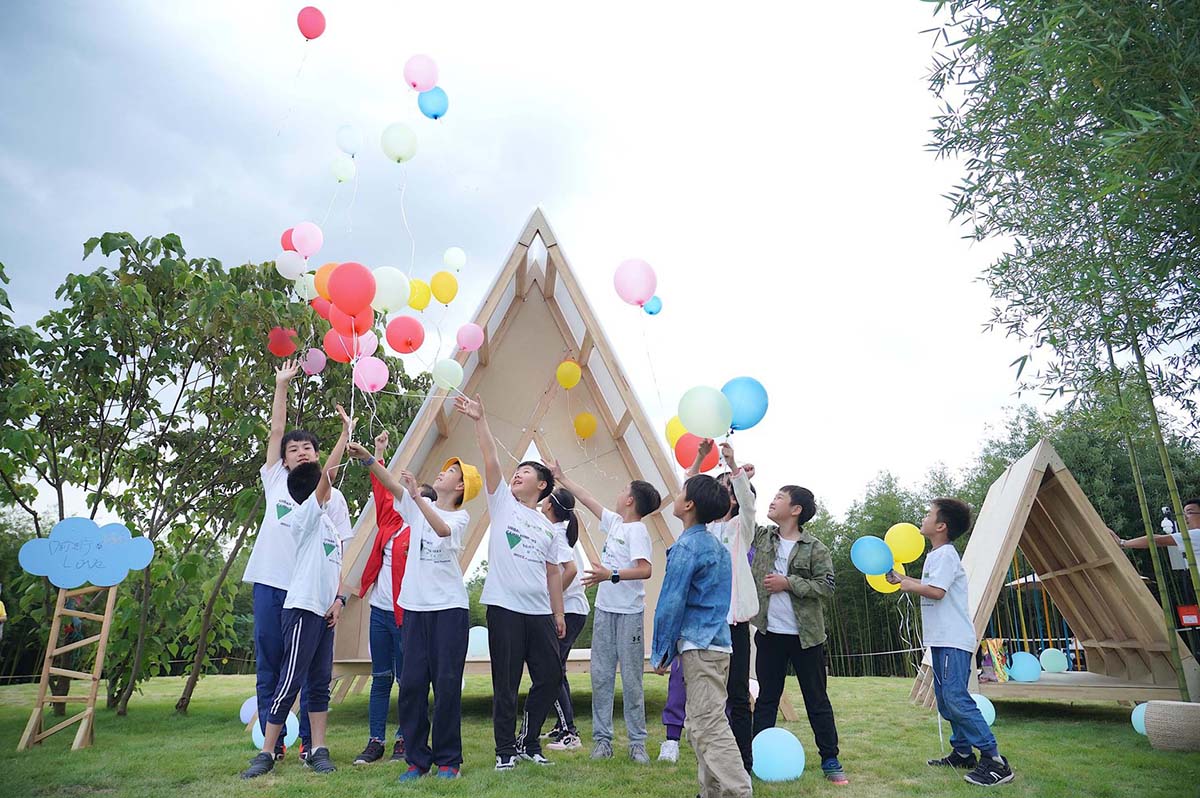 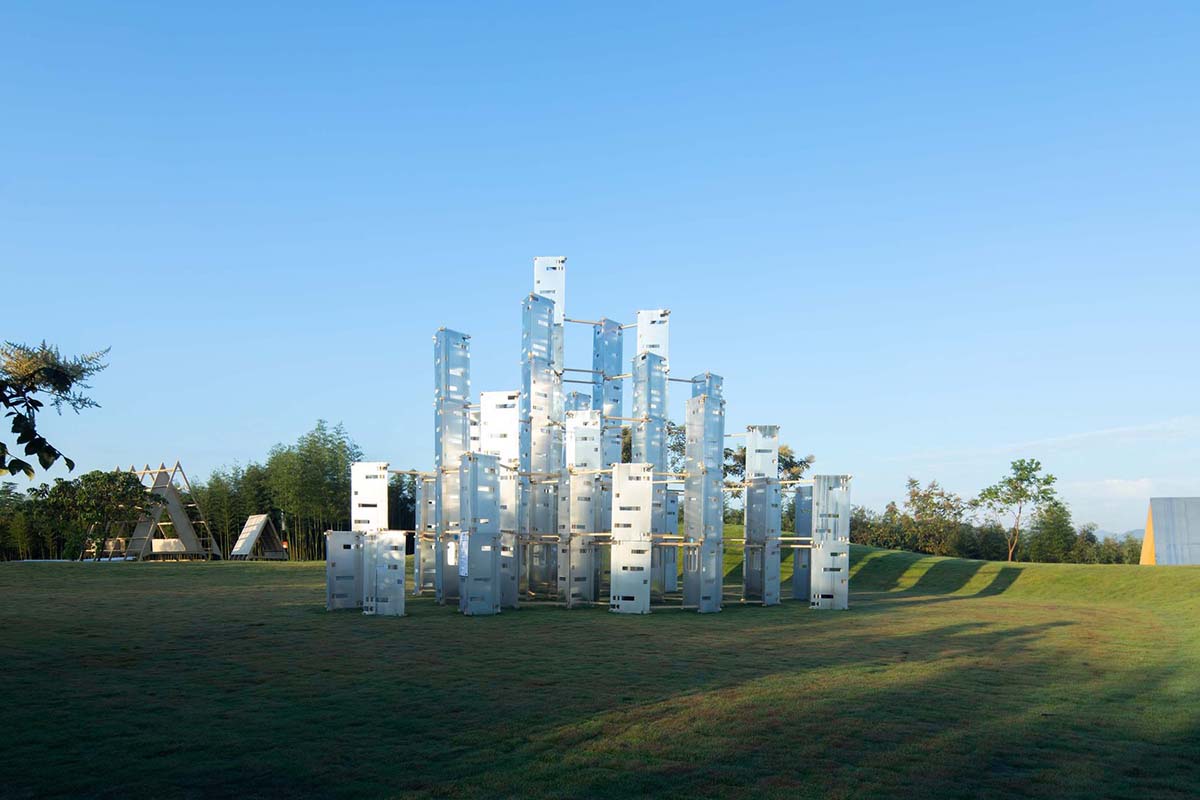 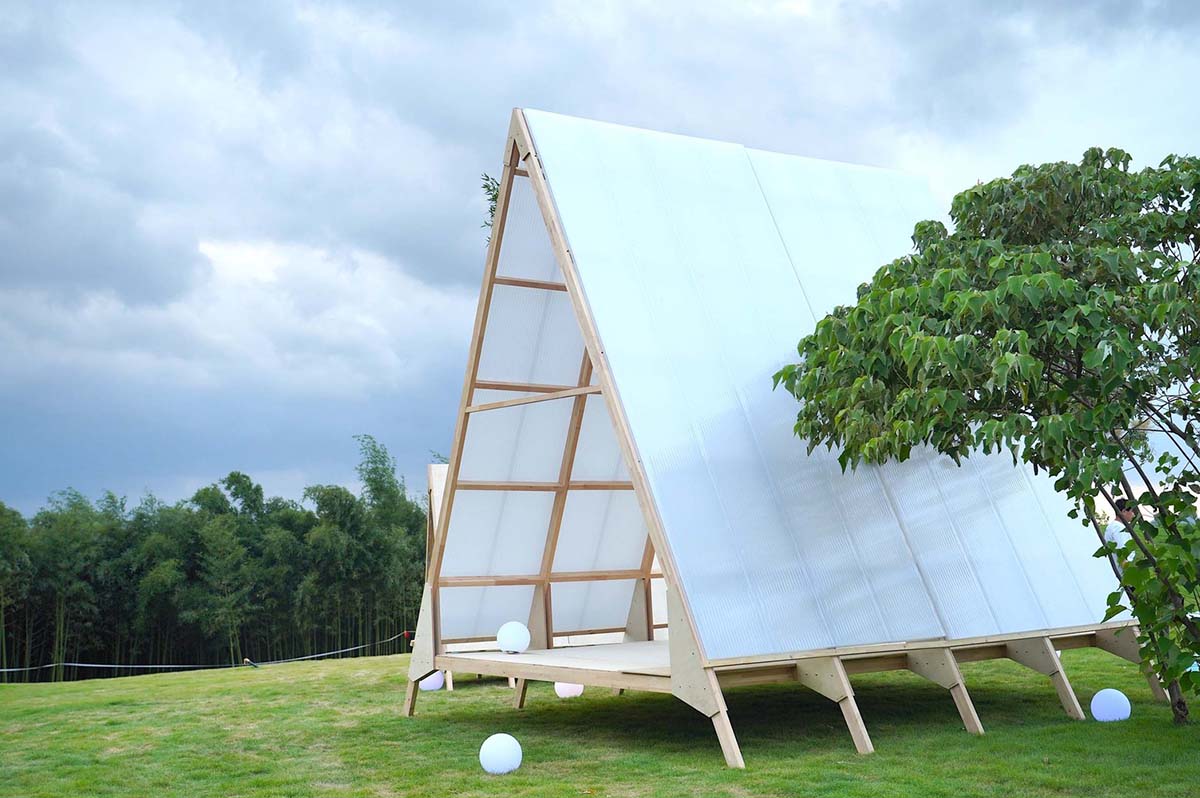 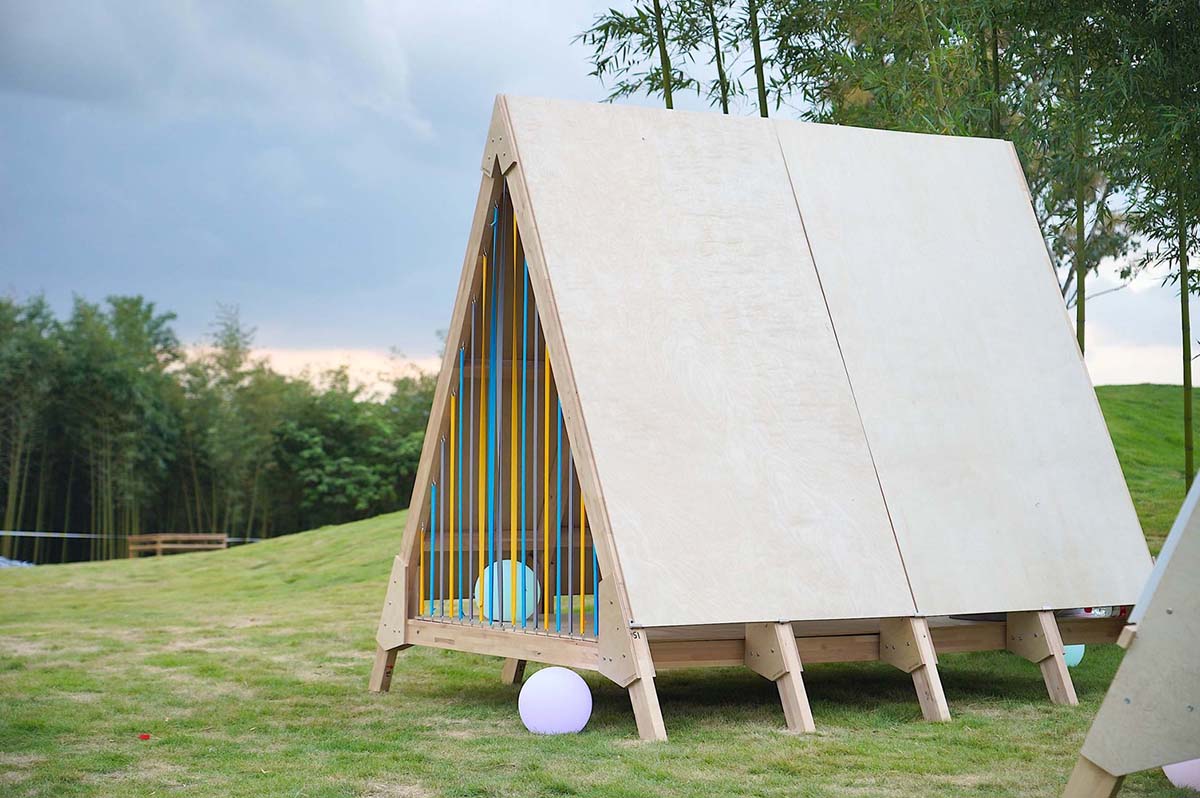 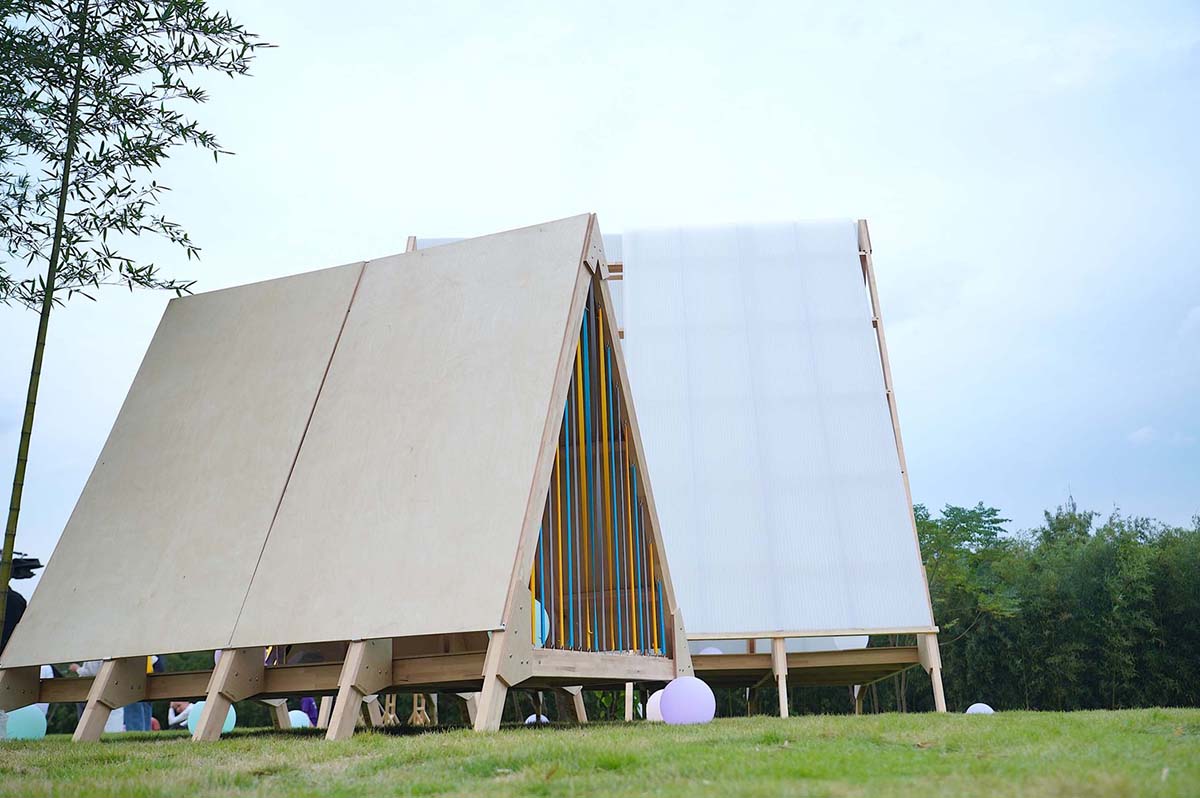 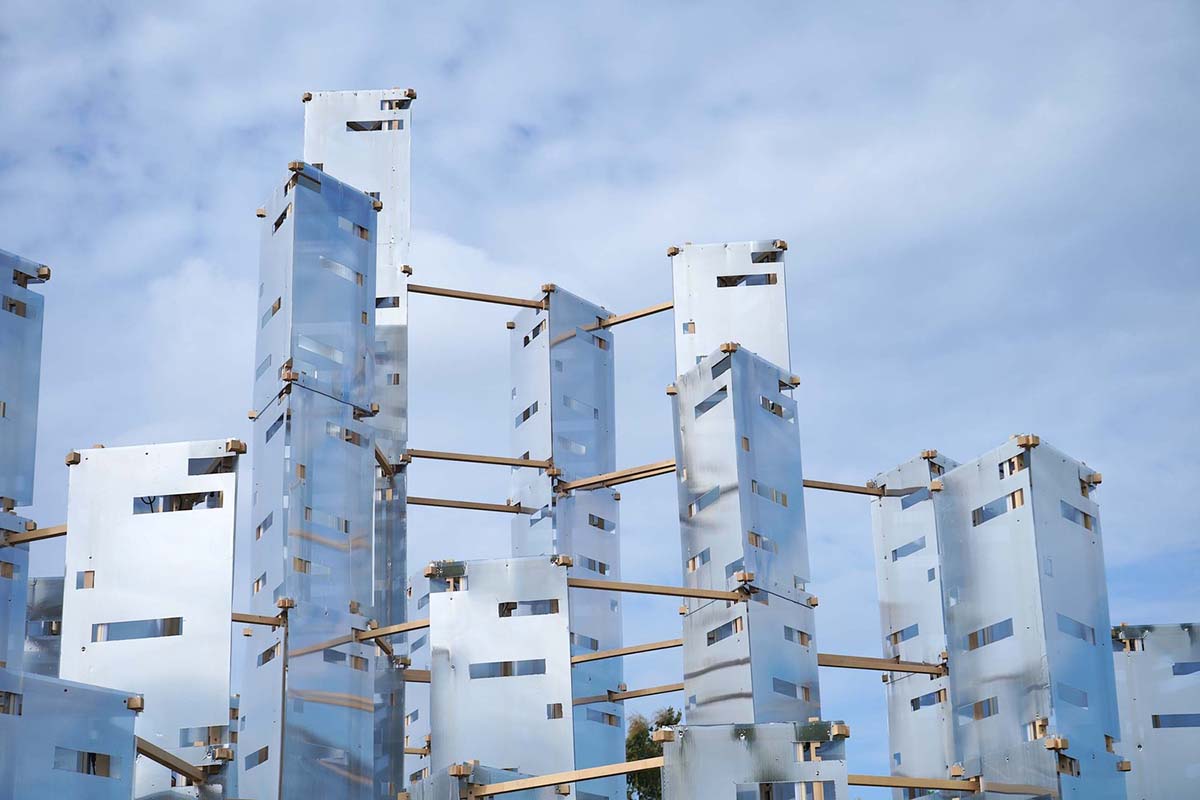 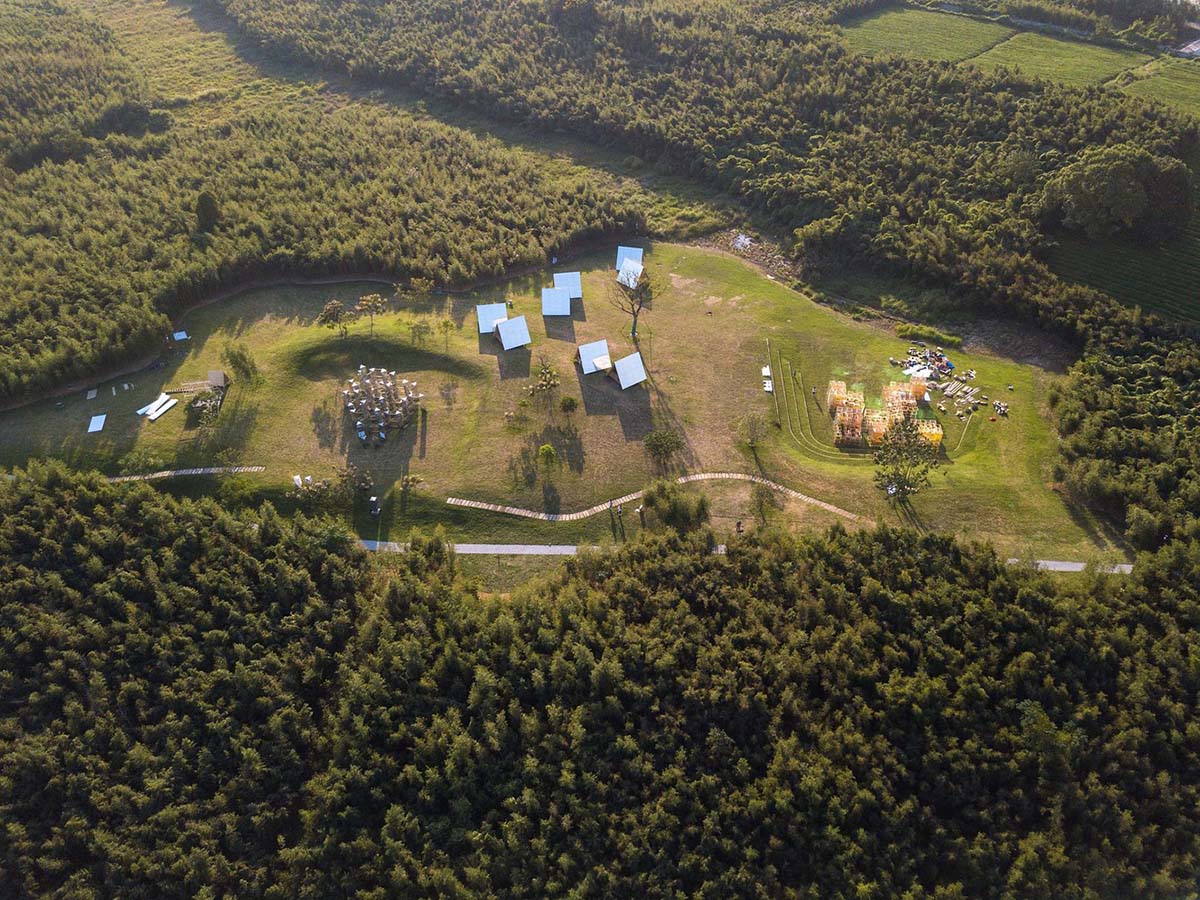 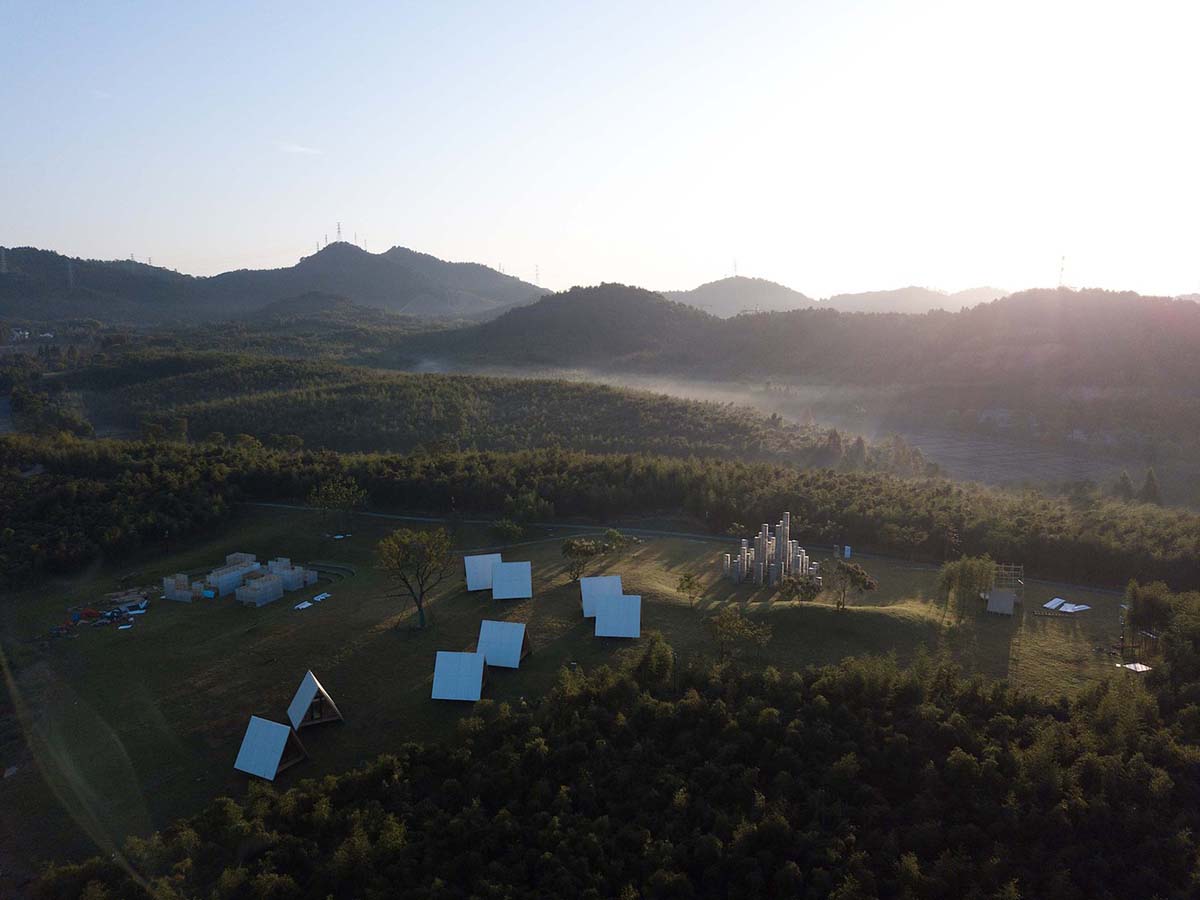 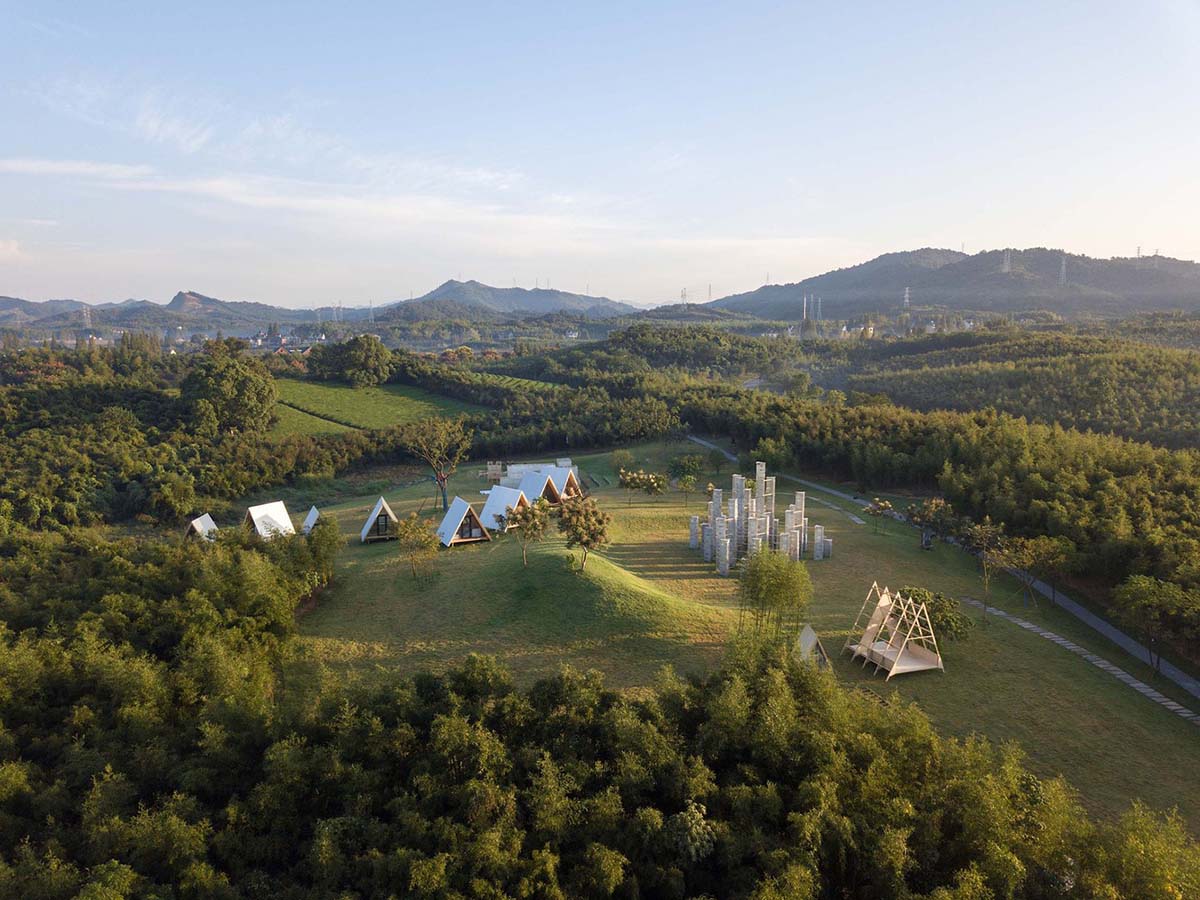 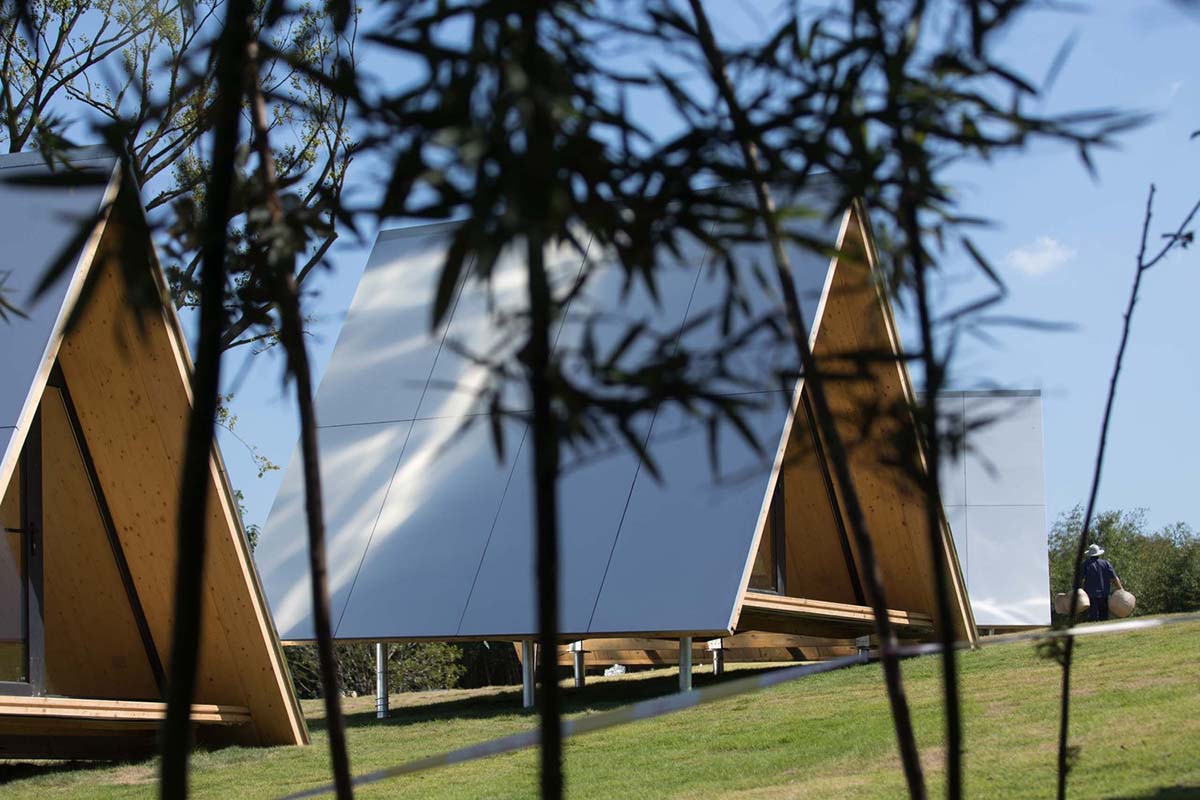 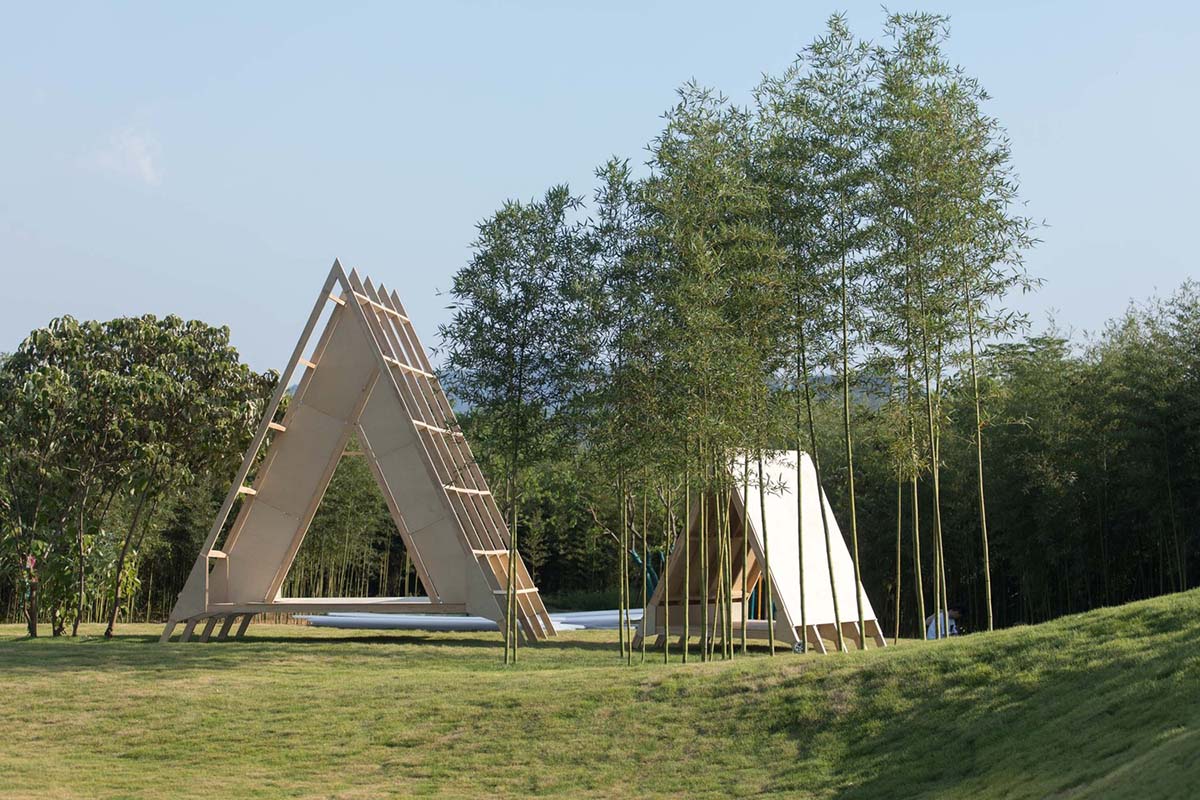 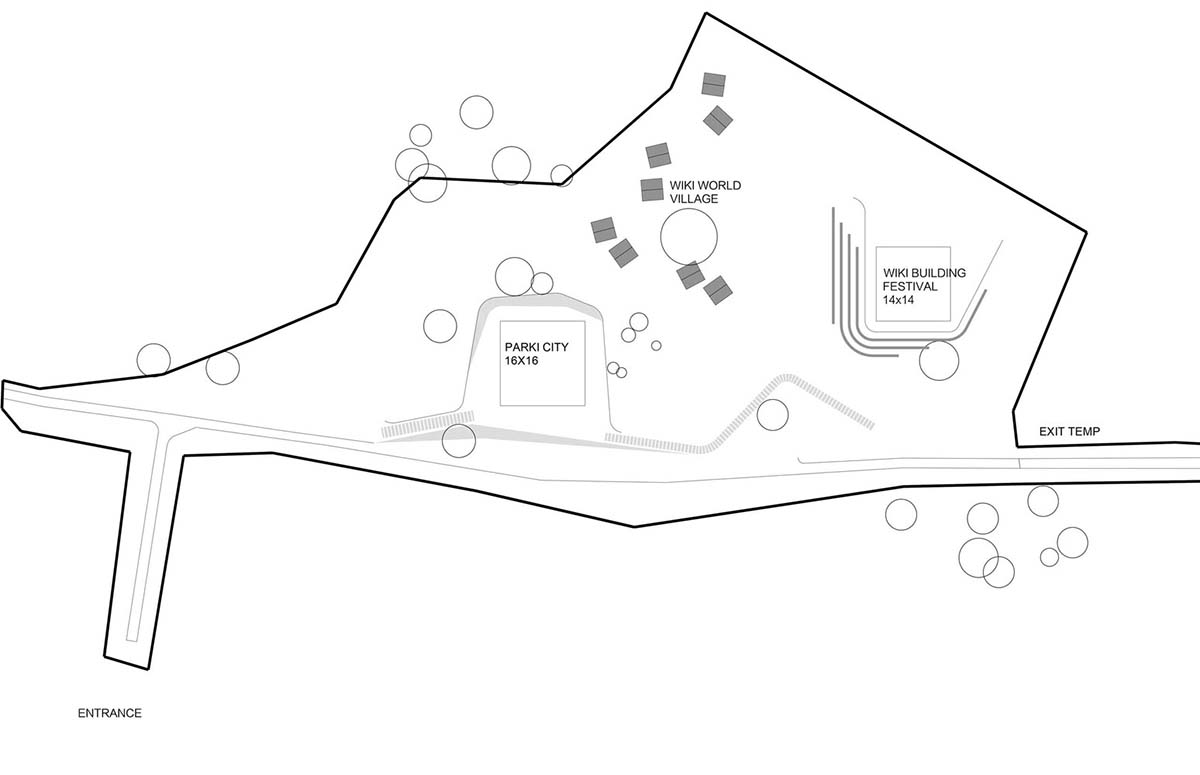 Special Thanks: The children and parents who participated in this project from Little Fish Community SUNAC.

All images © ARCH-EXIST unless otherwise stated.