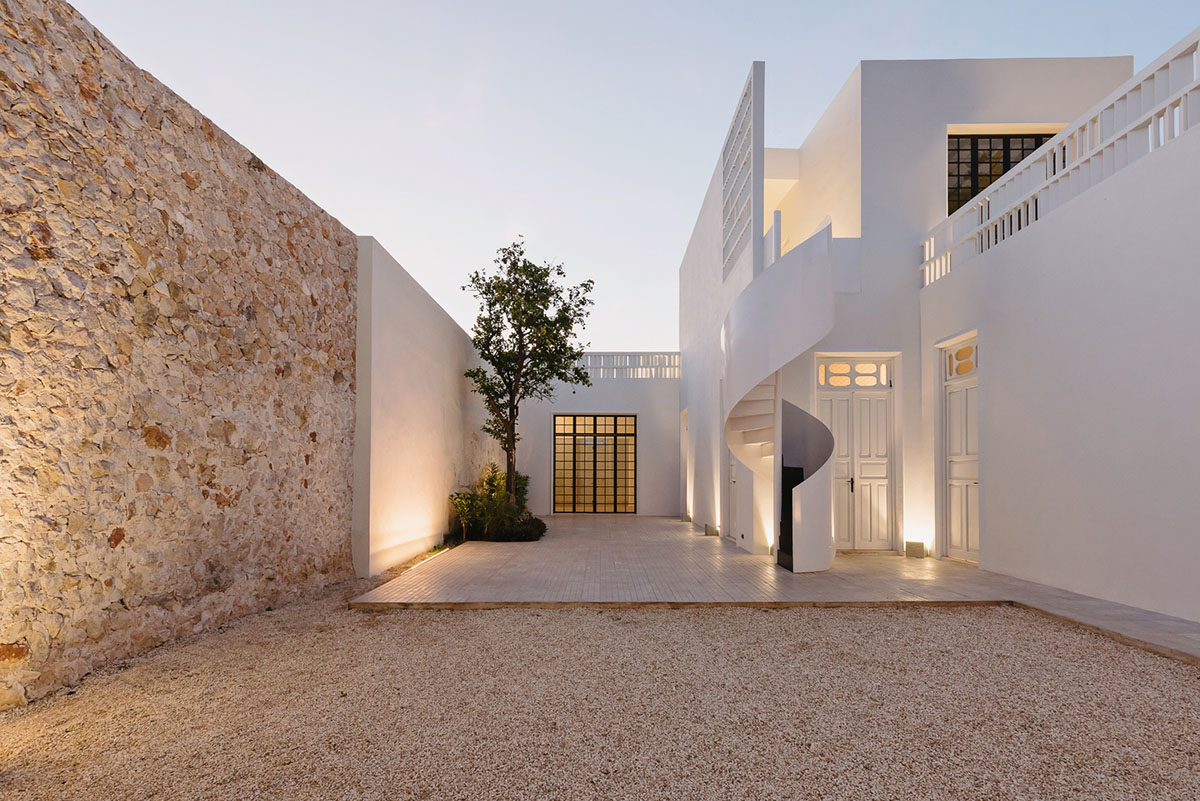 Taking the light to its center, the new building - named Filux Lab Artistic Space, is located in the city of Merida, Yucatan, converting an old colonial house into a new production space. 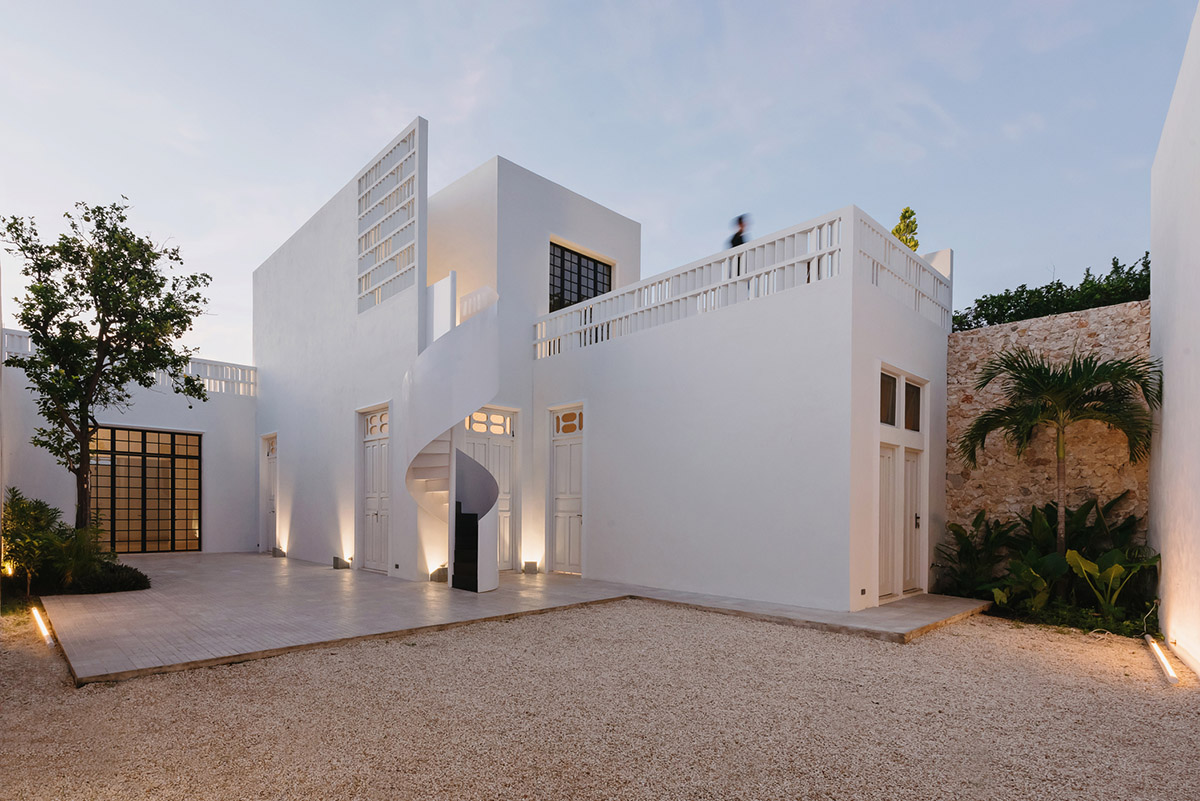 The Filux Lab represents a versatile space that works as a gallery, as a workshop and as a place of coexistence, camaraderie and research for artistic purposes. 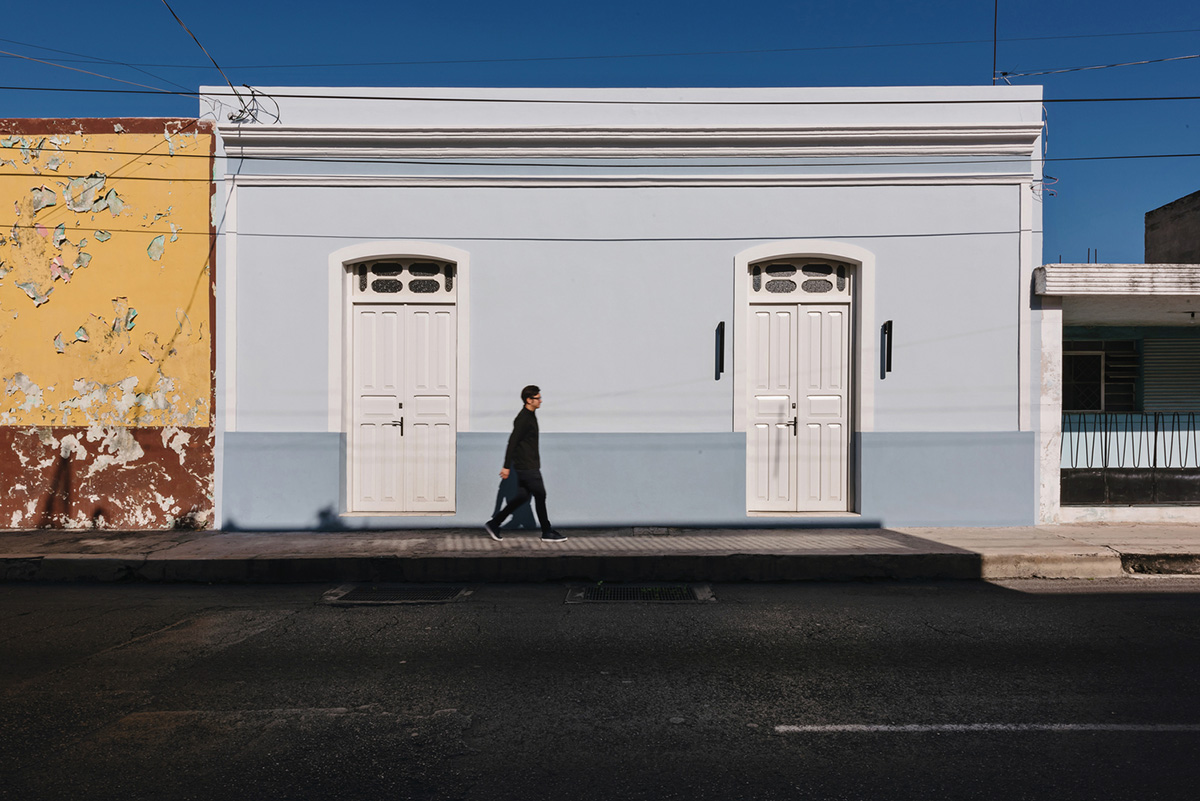 The 200-square-metre structure has been designed as the new art laboratory of the "International Festival of Lights Mexico - FILUX". The new building functions as an independent space destined to consolidate the "sense of artistic community", it serves as a meeting point between artists, experts and the public. 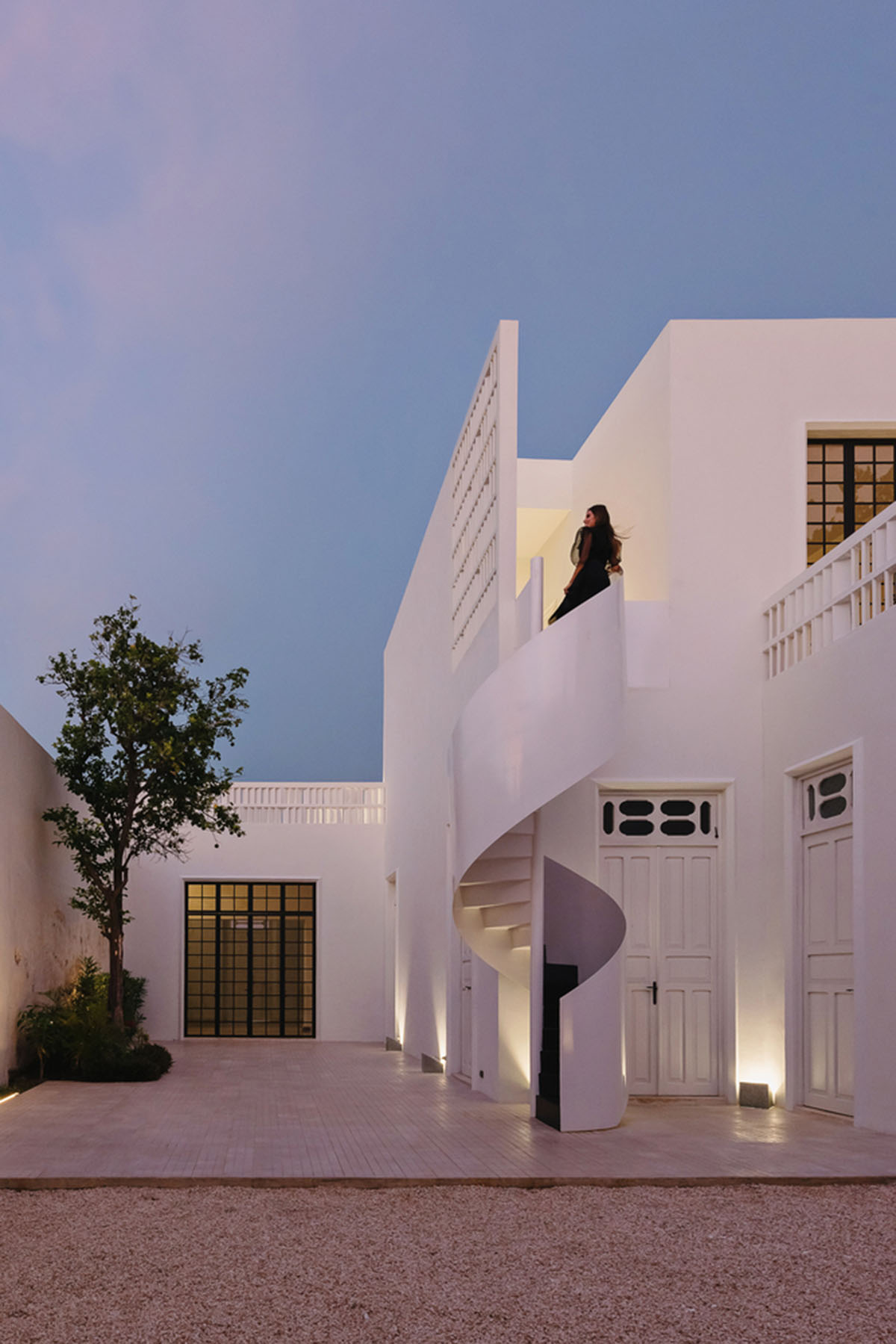 "Filux Lab’s international program is based on experimentation, production, promotion and exhibition of cultural projects which take light and cinema as their starting point. In this way, it establishes itself as a global reference from Mexico to the world," said Workshop Diseño y Construcción. 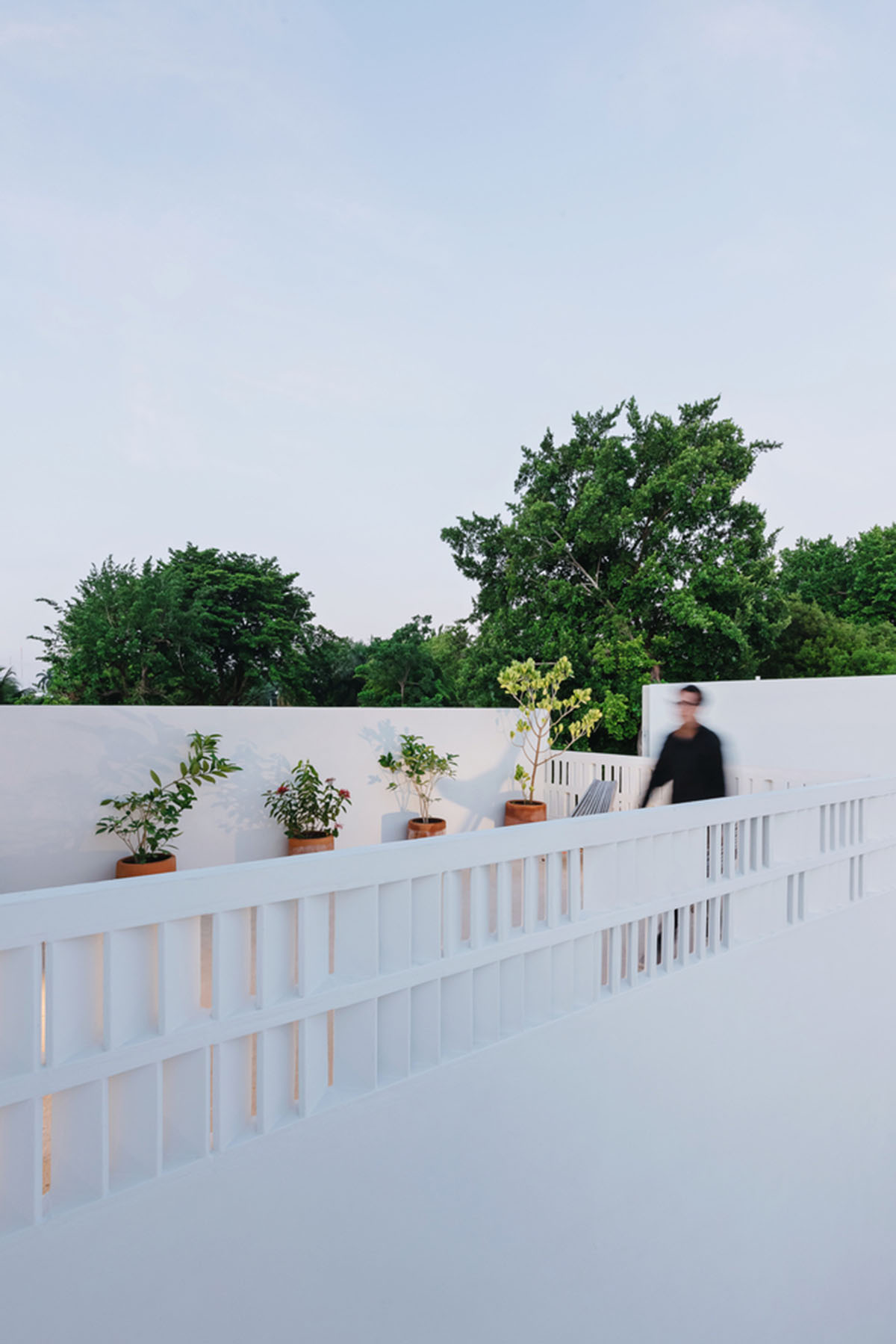 The ground floor includes five rooms, which were part of the original structure of the house before the intervention. The pasta floor carpets of the first corridor are the originals. An edge of Antique White color mosaics joins the originals to the new flooring, which unites old and new flooring across the entirety of the space. 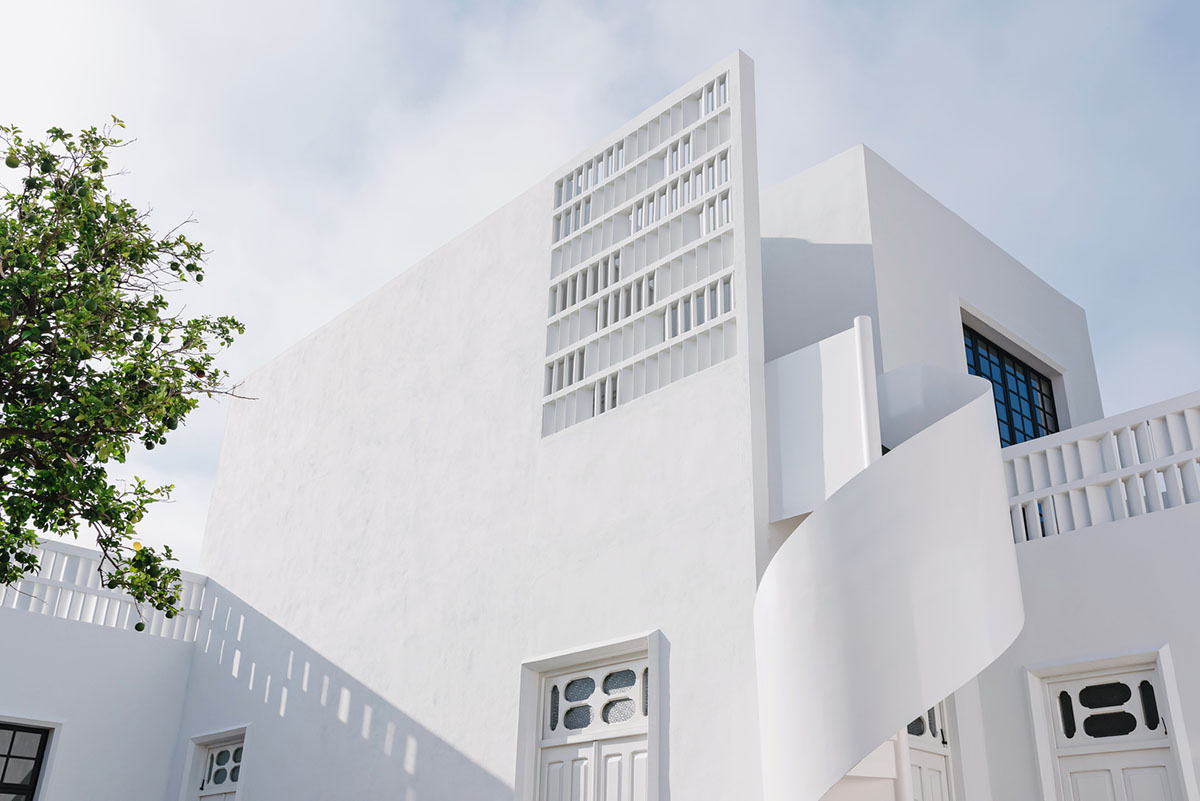 "The design of the laboratory enables it to adapt according to its intended use. All the elements that make up its architecture including floors, walls, ceilings, and doors can be used for artistic interventions," added the firm.

The architects used white and neutral colors coming from this same need. The team didin't use a fixed lighting so that the space could be used as much flexible as possible. 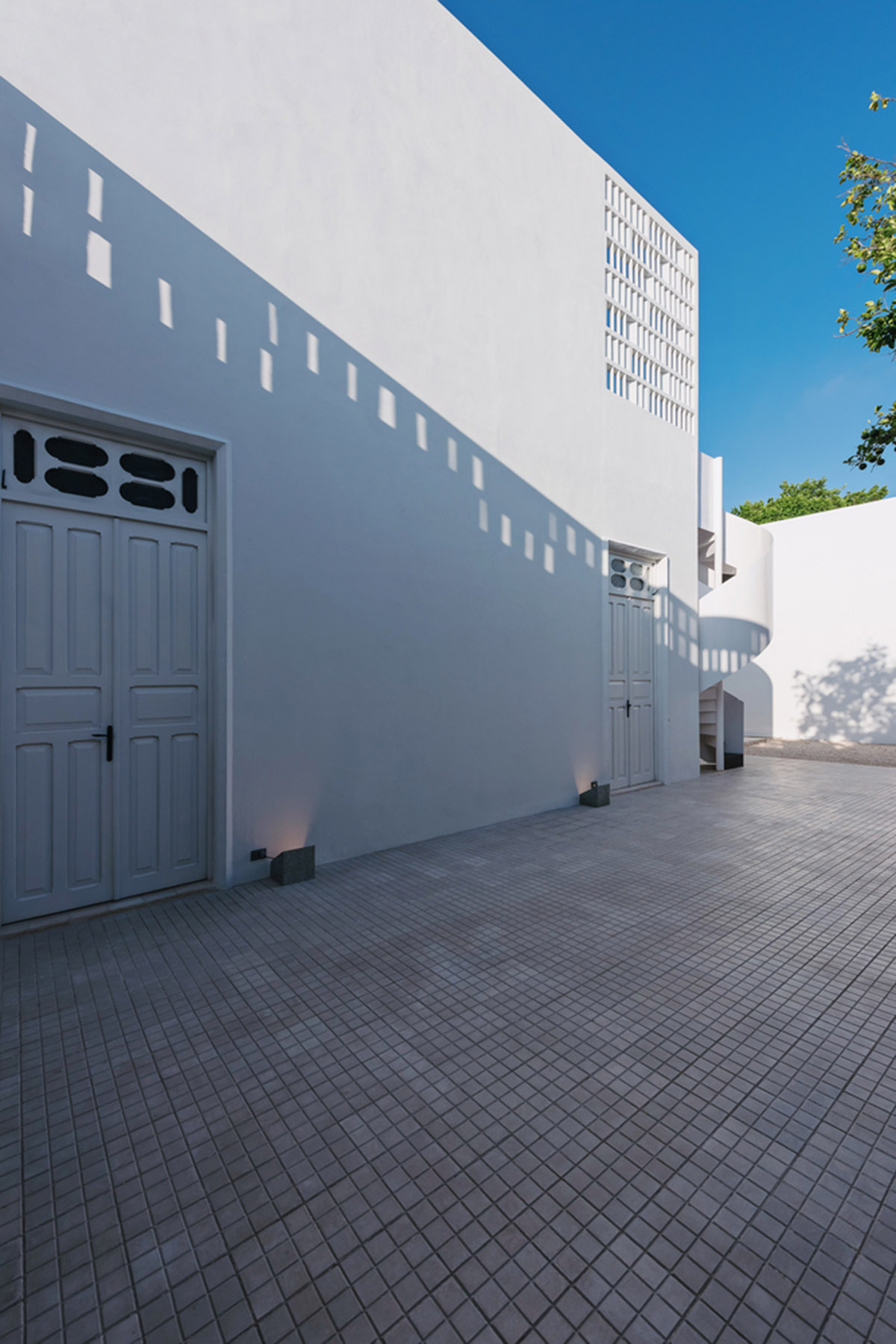 All of the lamps that are used have a connector that can be plugged through electric extension cords from different points, allowing the space to evolve quickly depending on the dynamics each particular user requires. 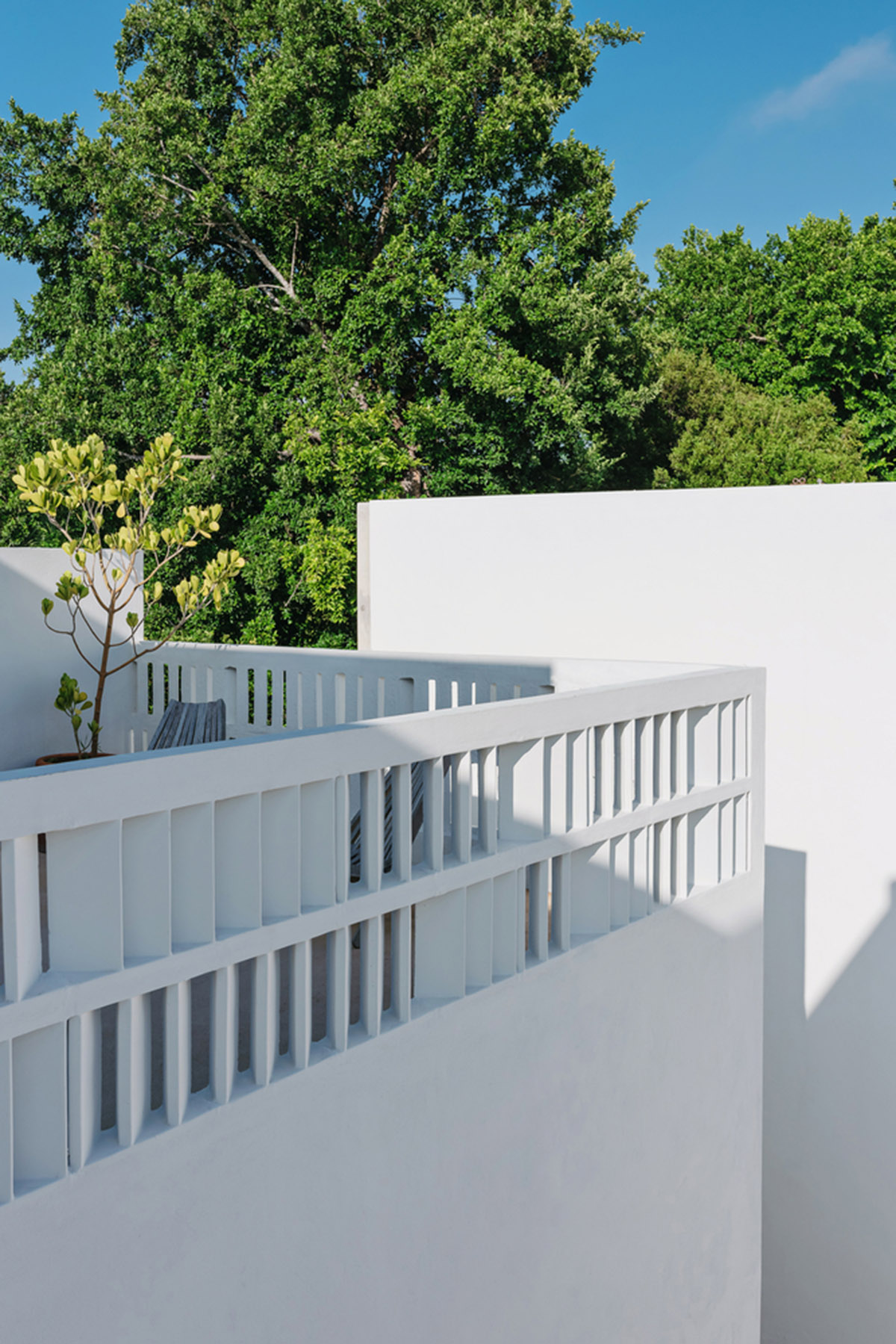 The back esplanade, with its more modern and bolt design, breaks with the traditional reading of the Yucatecan colonial architecture. It invites users to experiment with the high walls that are ideal for projections and that, thanks to the different moldings around the openings and the use of lattices in the walls, offer endless options to play with lighting. 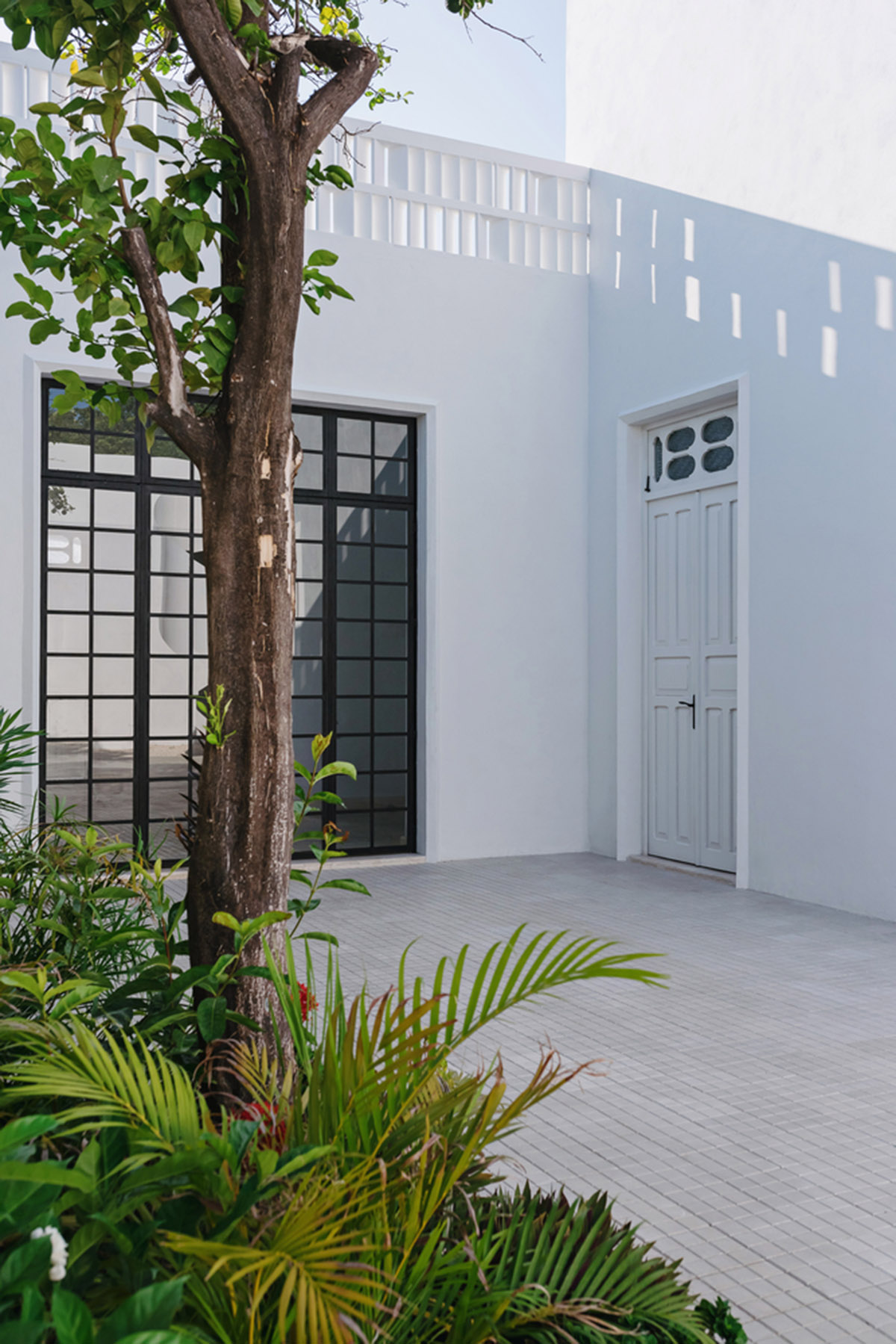 During the day, sunlight offers a spectacular geometric game between lights and shadows that are projected at different points of the building, and during the night the versatility of artificial lights allows users to create different luminous atmospheres. 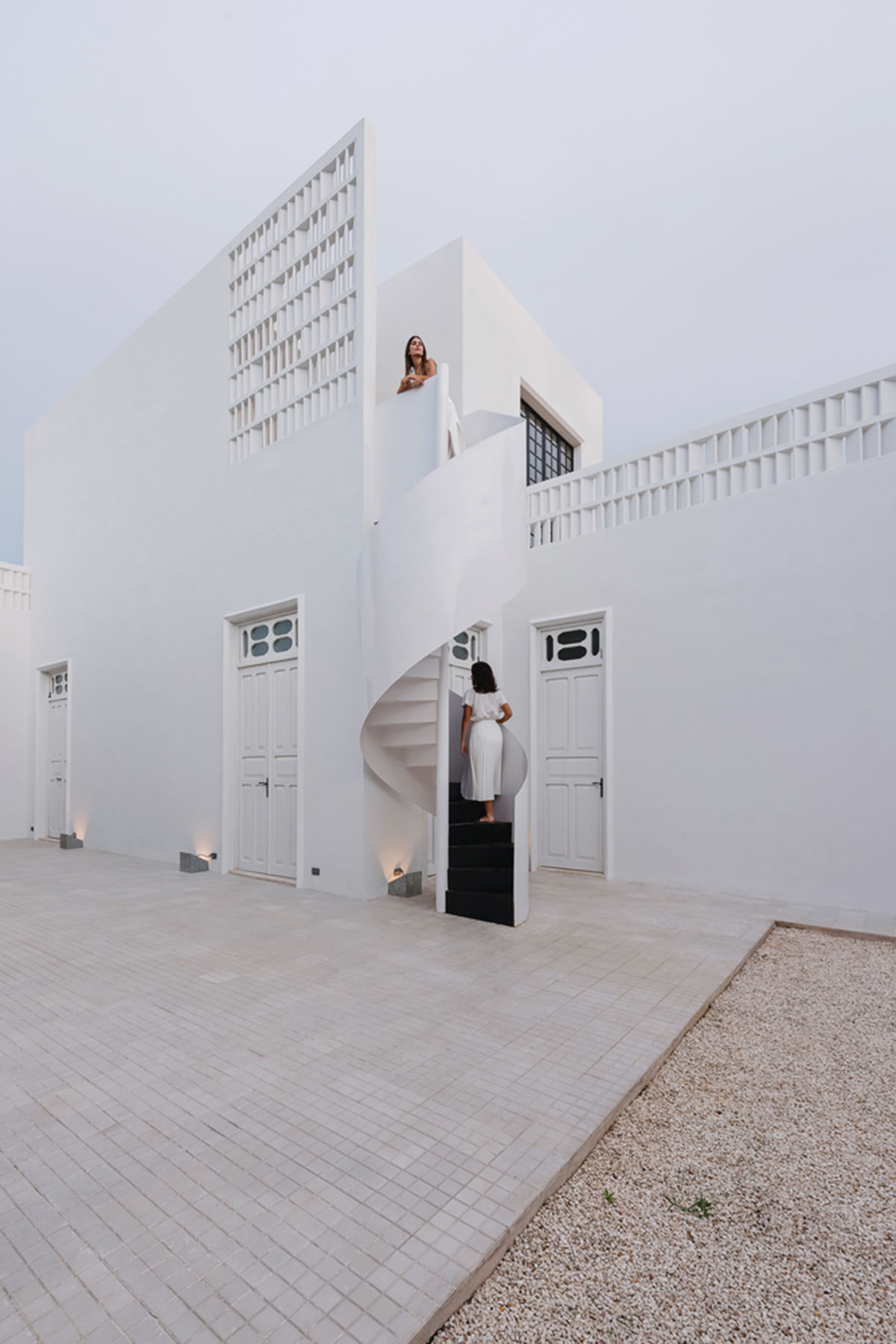 Serving as a blank canvas, essentially going “unnoticed”, to highlight the pieces of art in presentations and exhibitions, and, on the other hand, standing out and distinguishing when there is not art on the premises, allows the building to serve dual purposes. 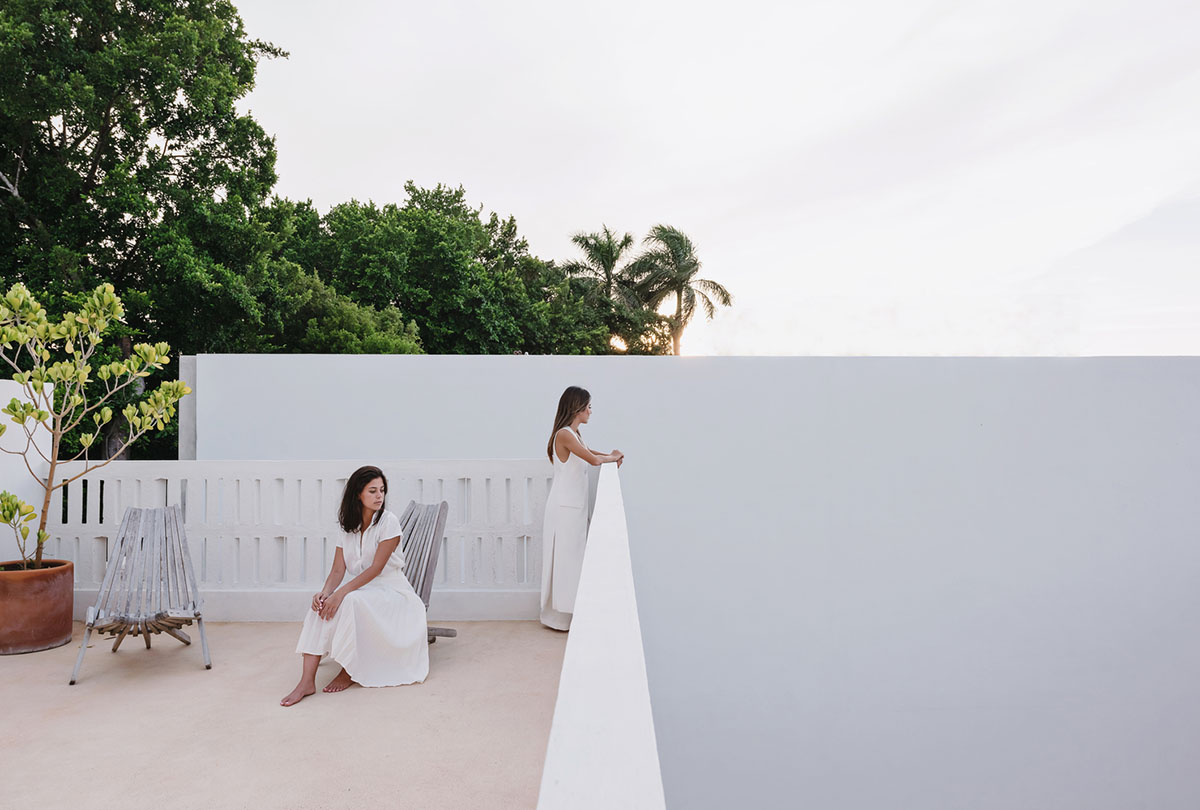 Filux Labs turns itself into a new work of art every time different forms of lighting are accommodated or used. The second floor has the administrative area that includes offices, a library with a collection focused mainly on light and two terraces, which are accessed via a spiral staircase that crowns the back facade of the building and elegantly highlights the esplanade as sculpture itself. 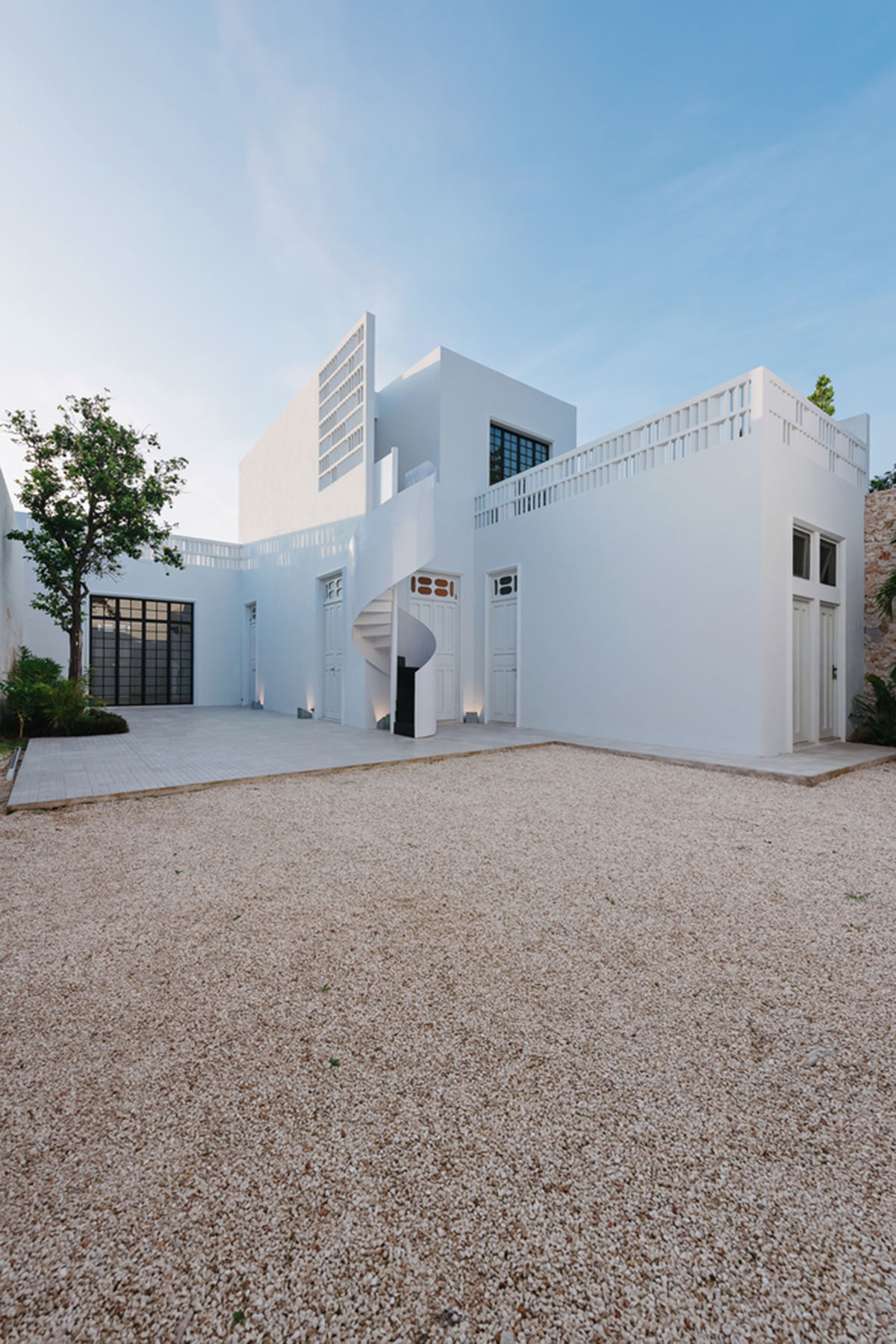 When crossing the white doors of the facade, the known is left behind. The space invites all who enter to discover and create new sensory experiences in the universe of light, the universe of FILUX. 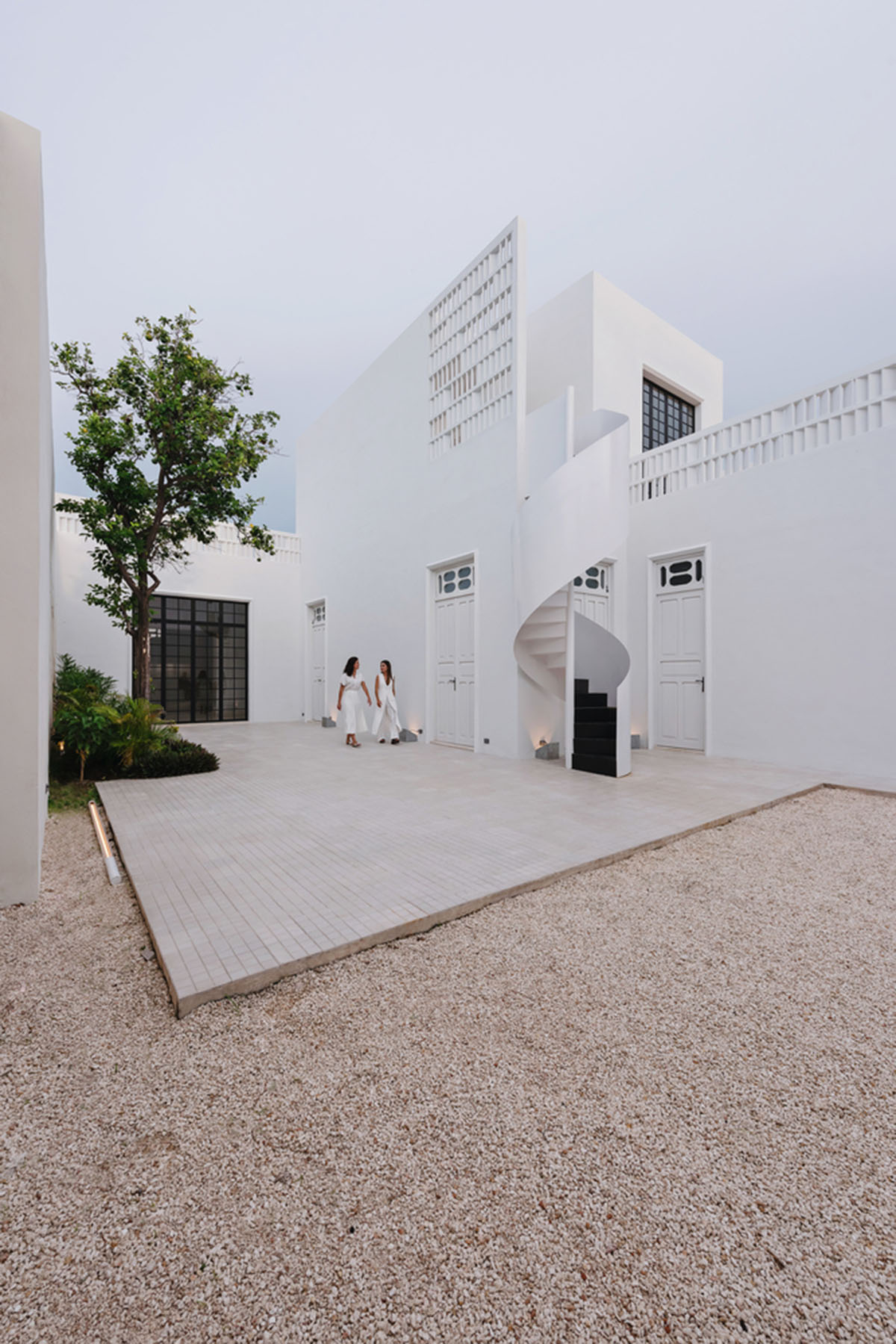 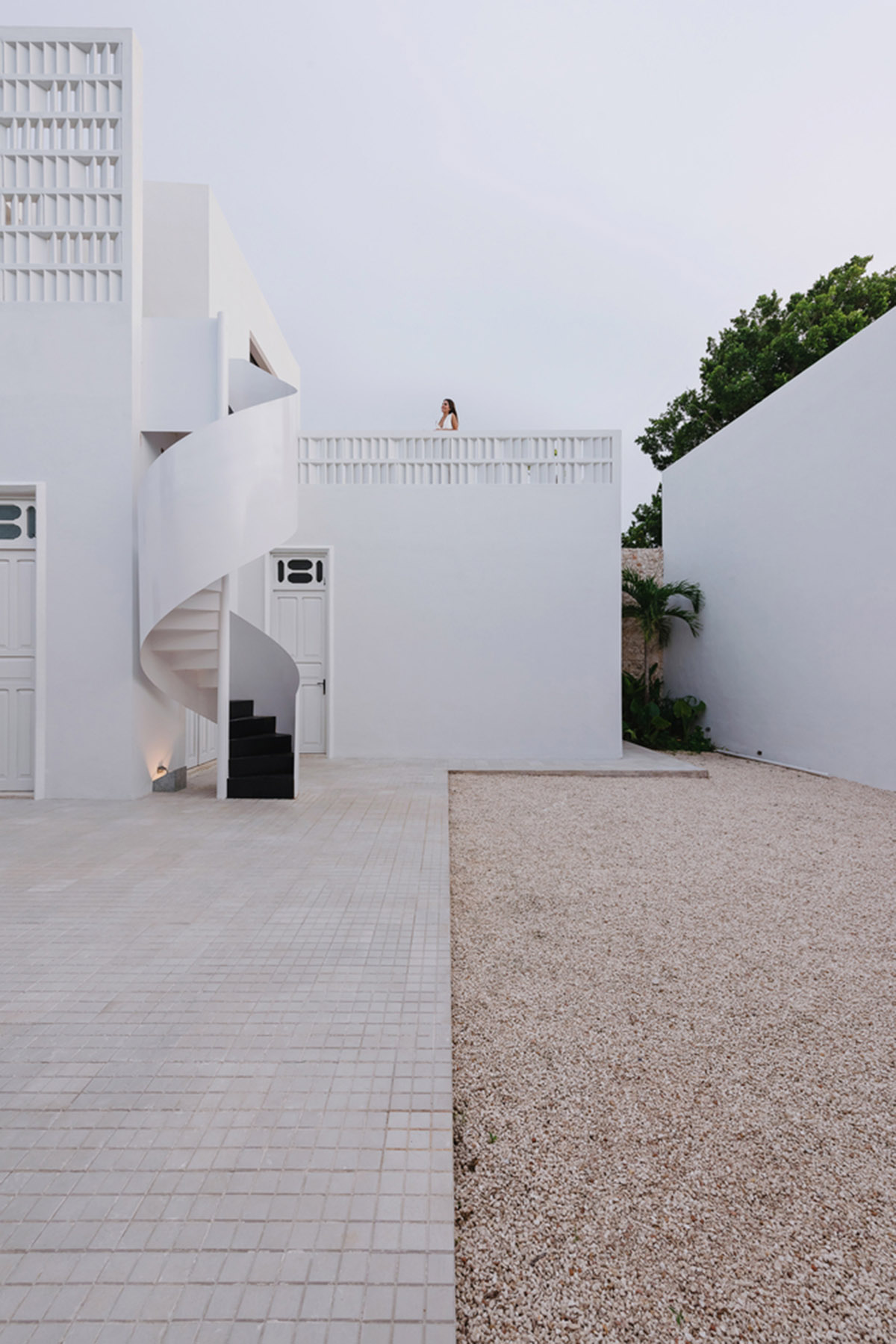 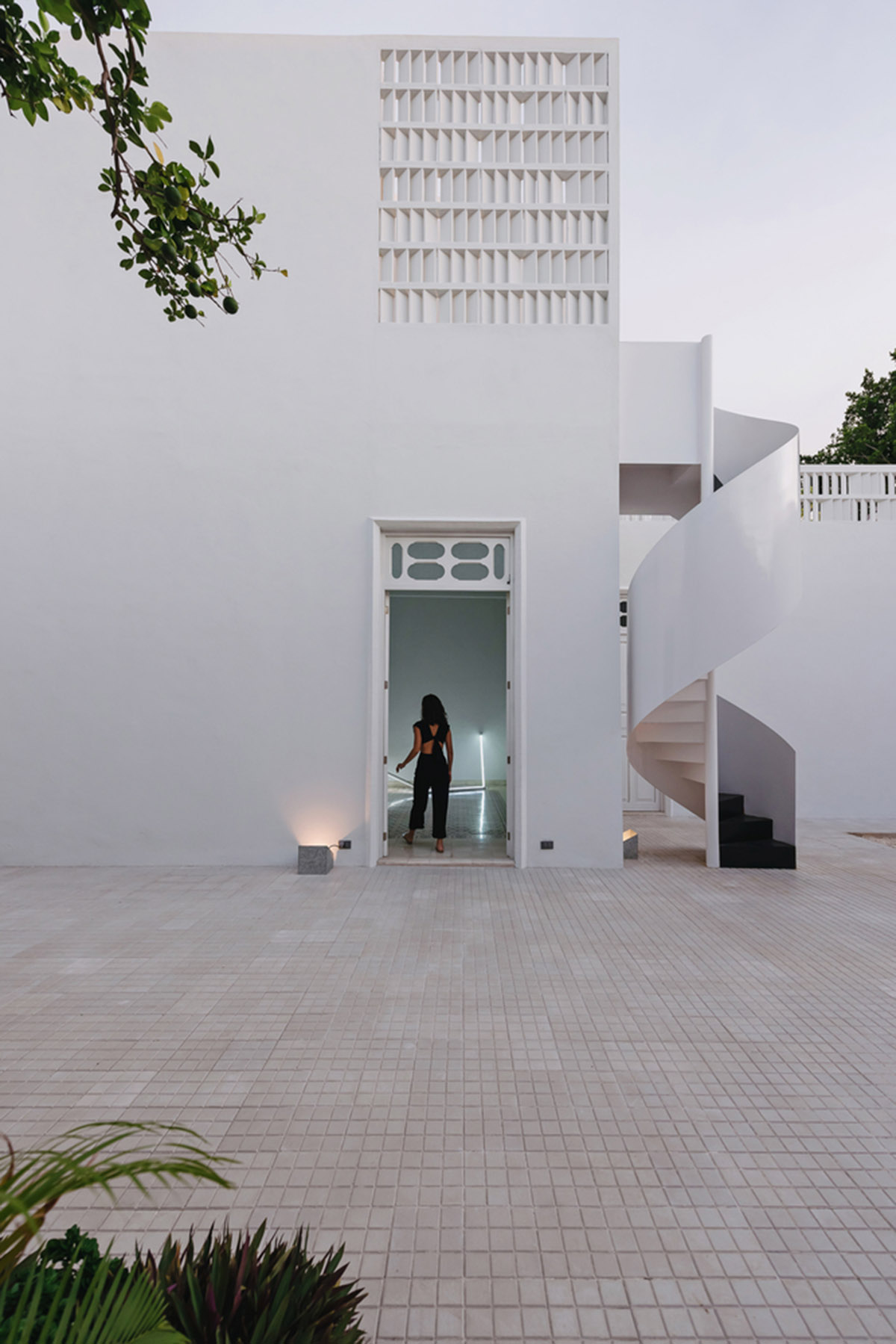 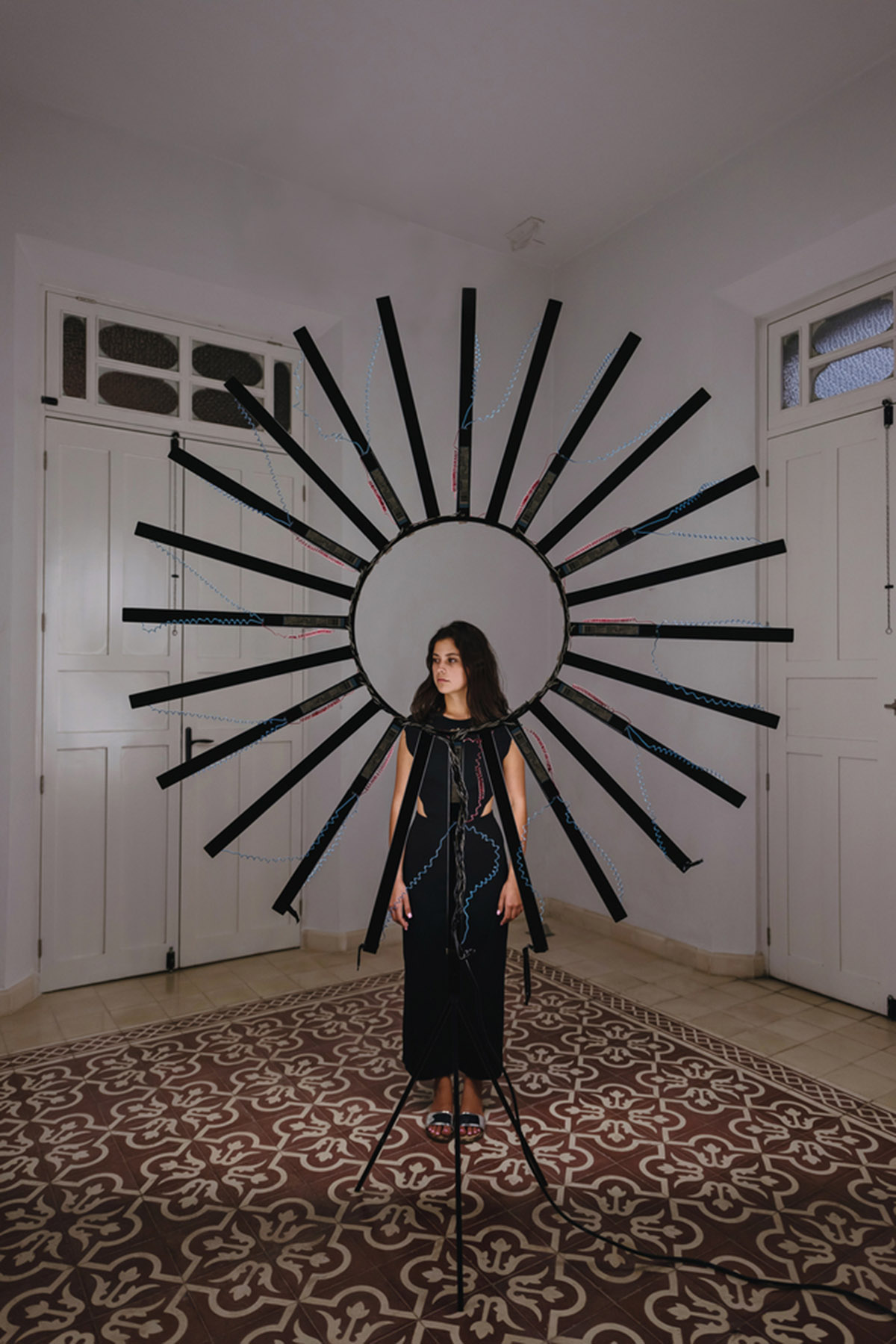 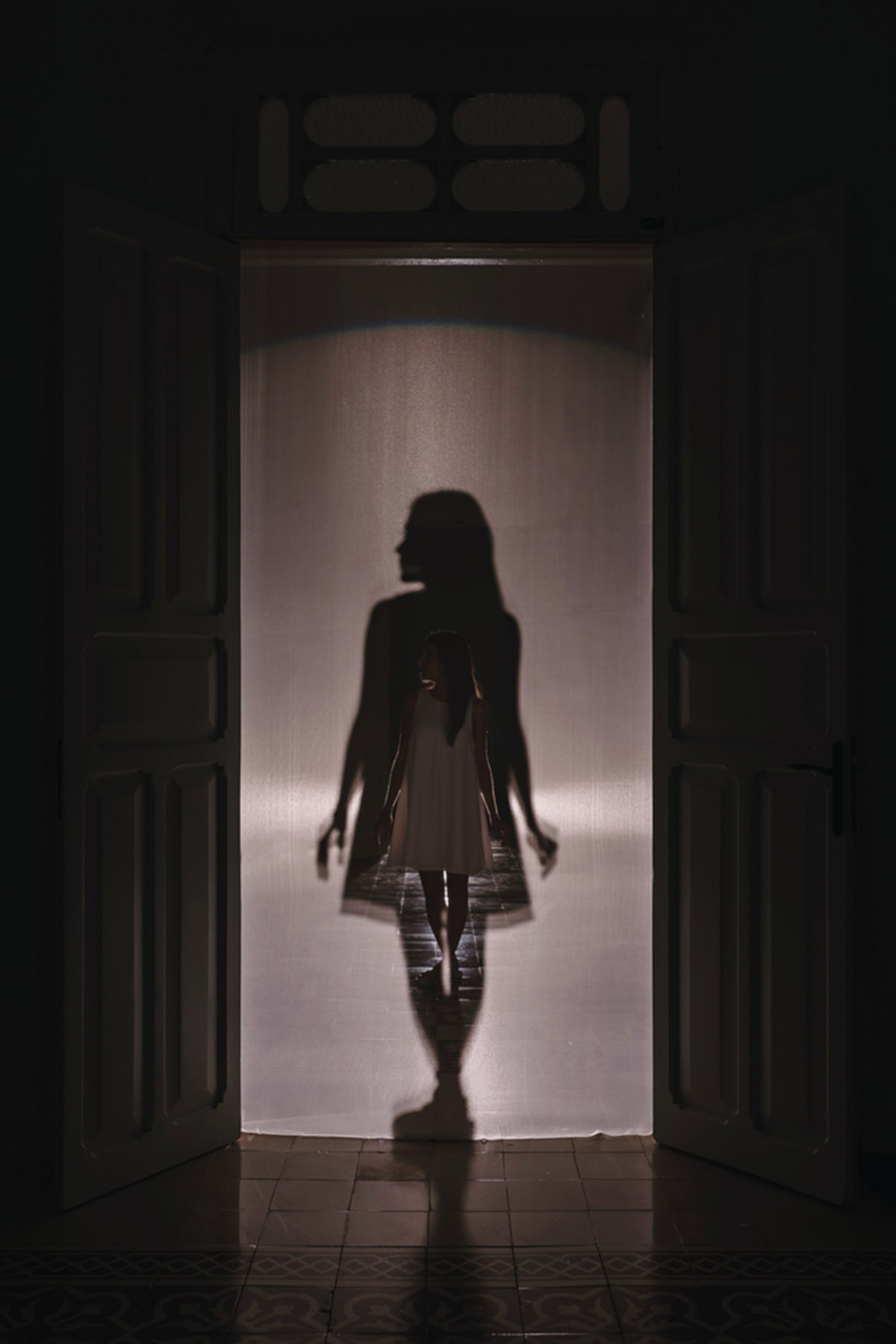 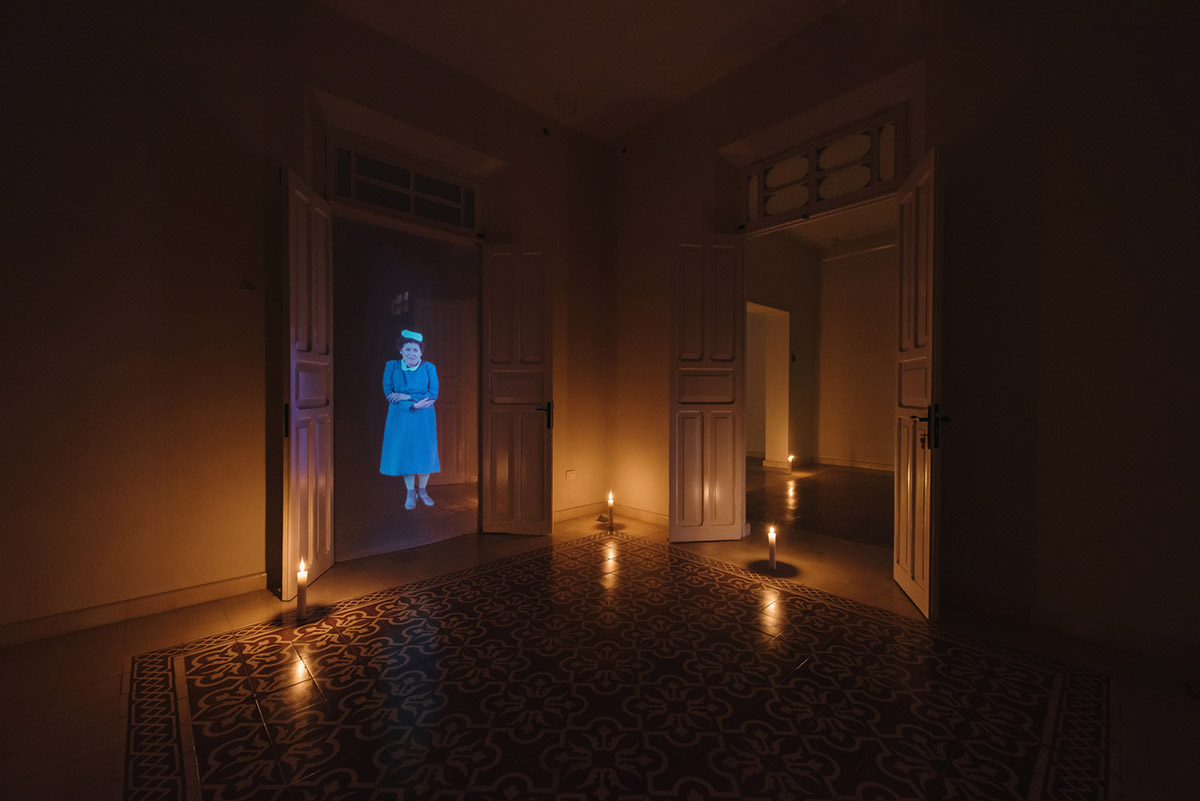 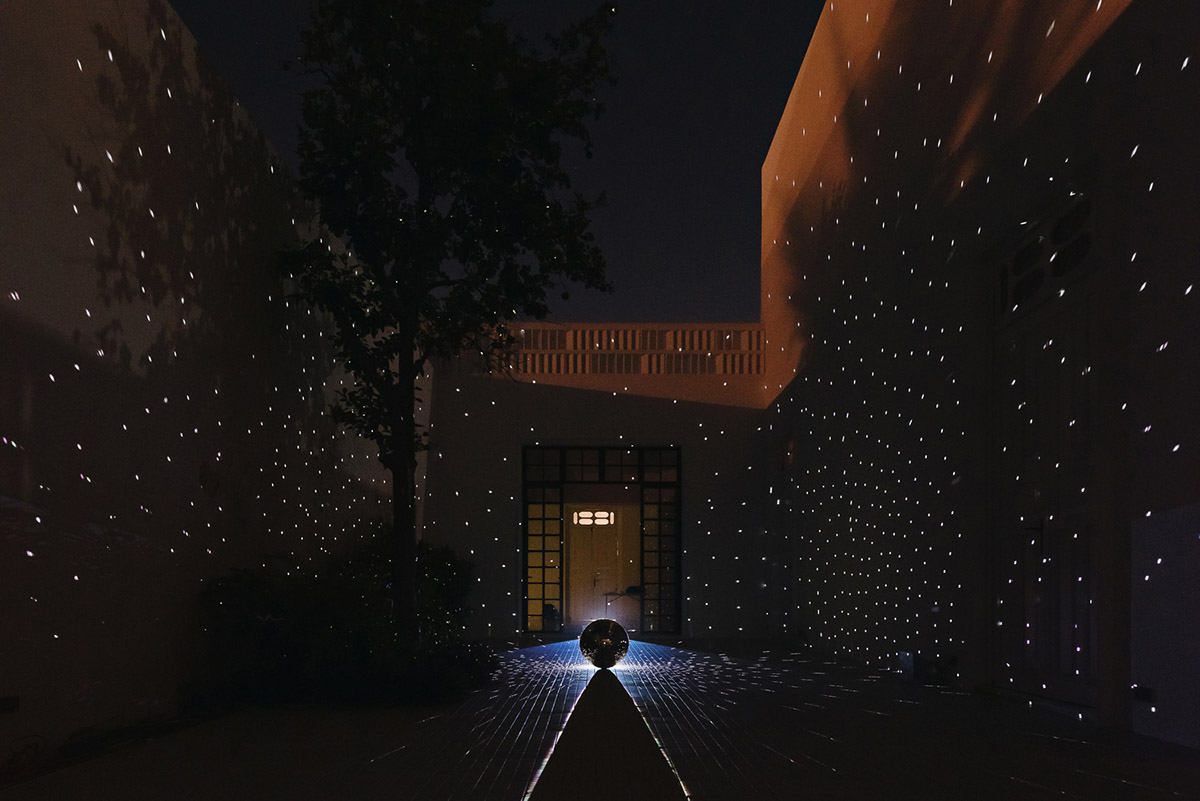 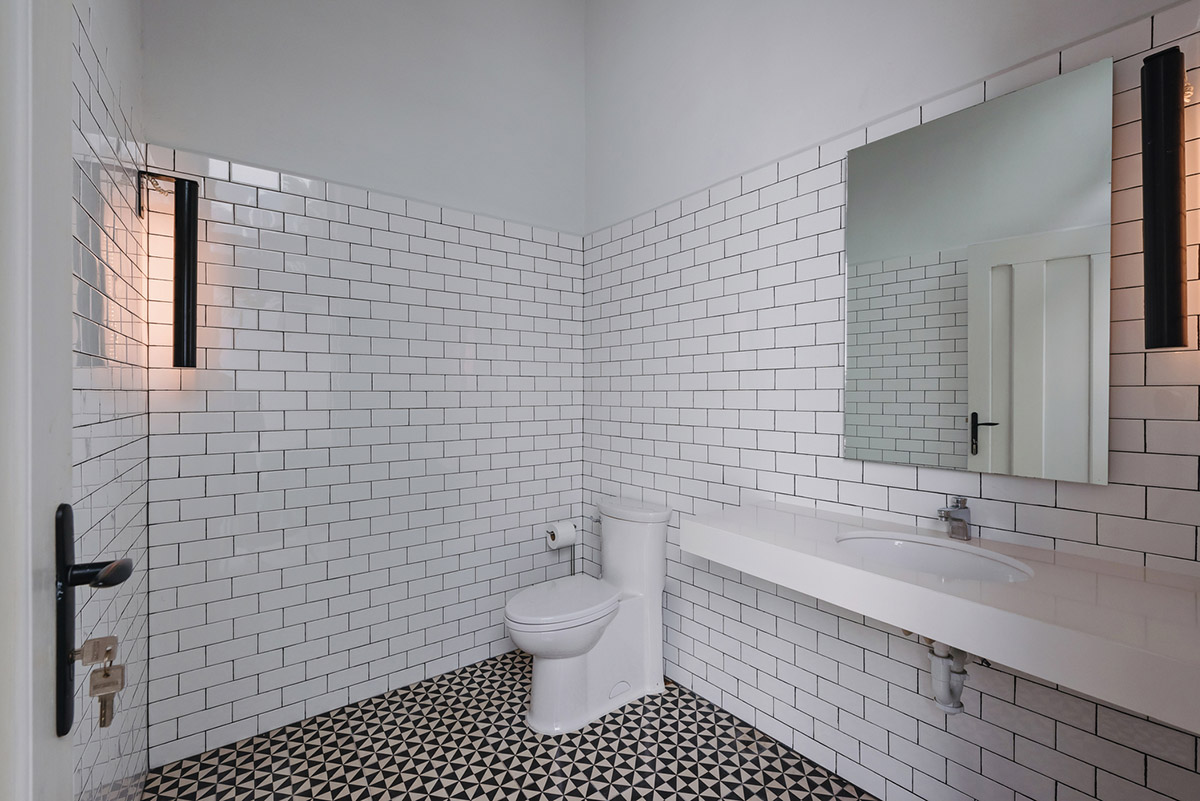 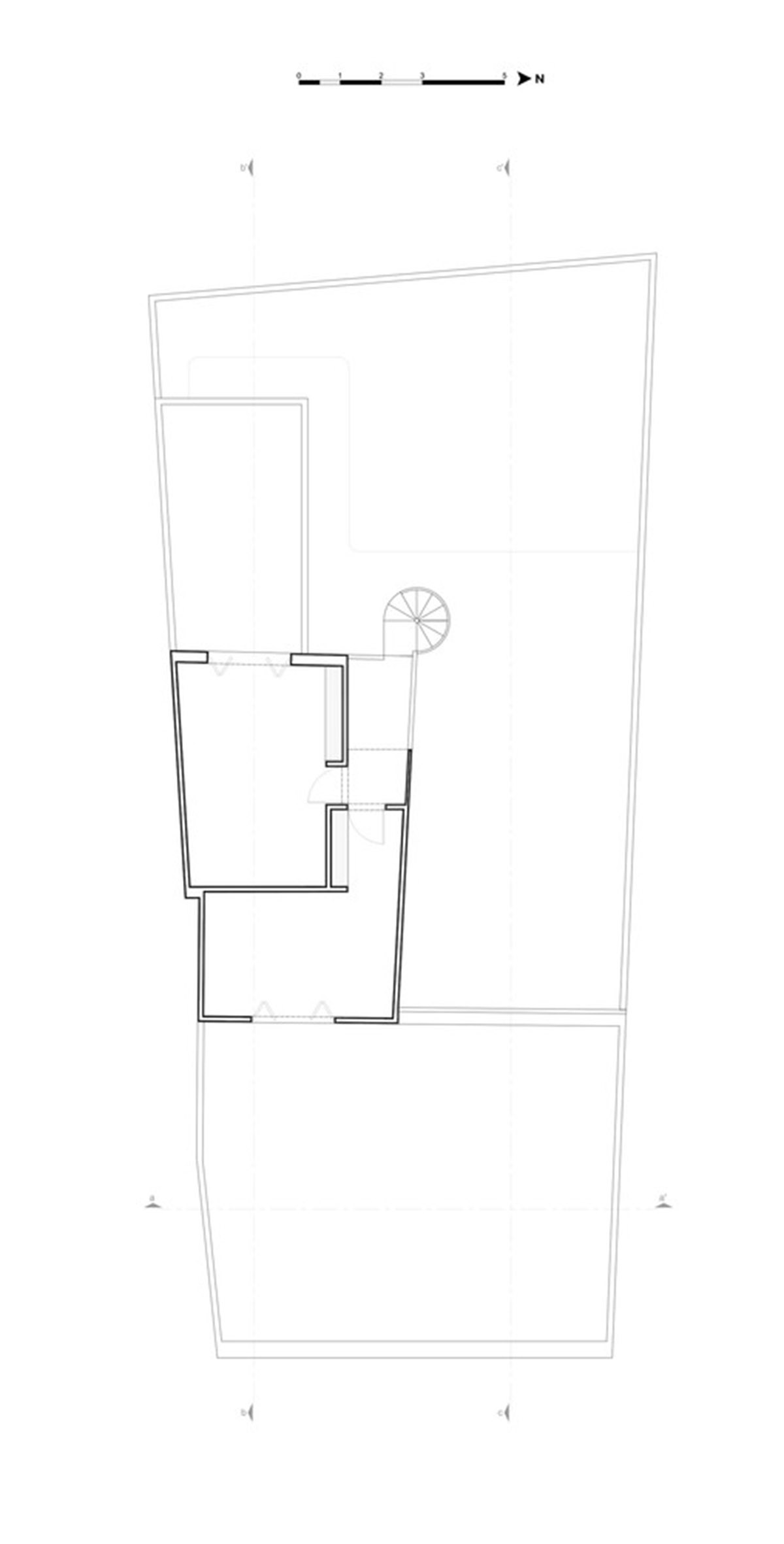 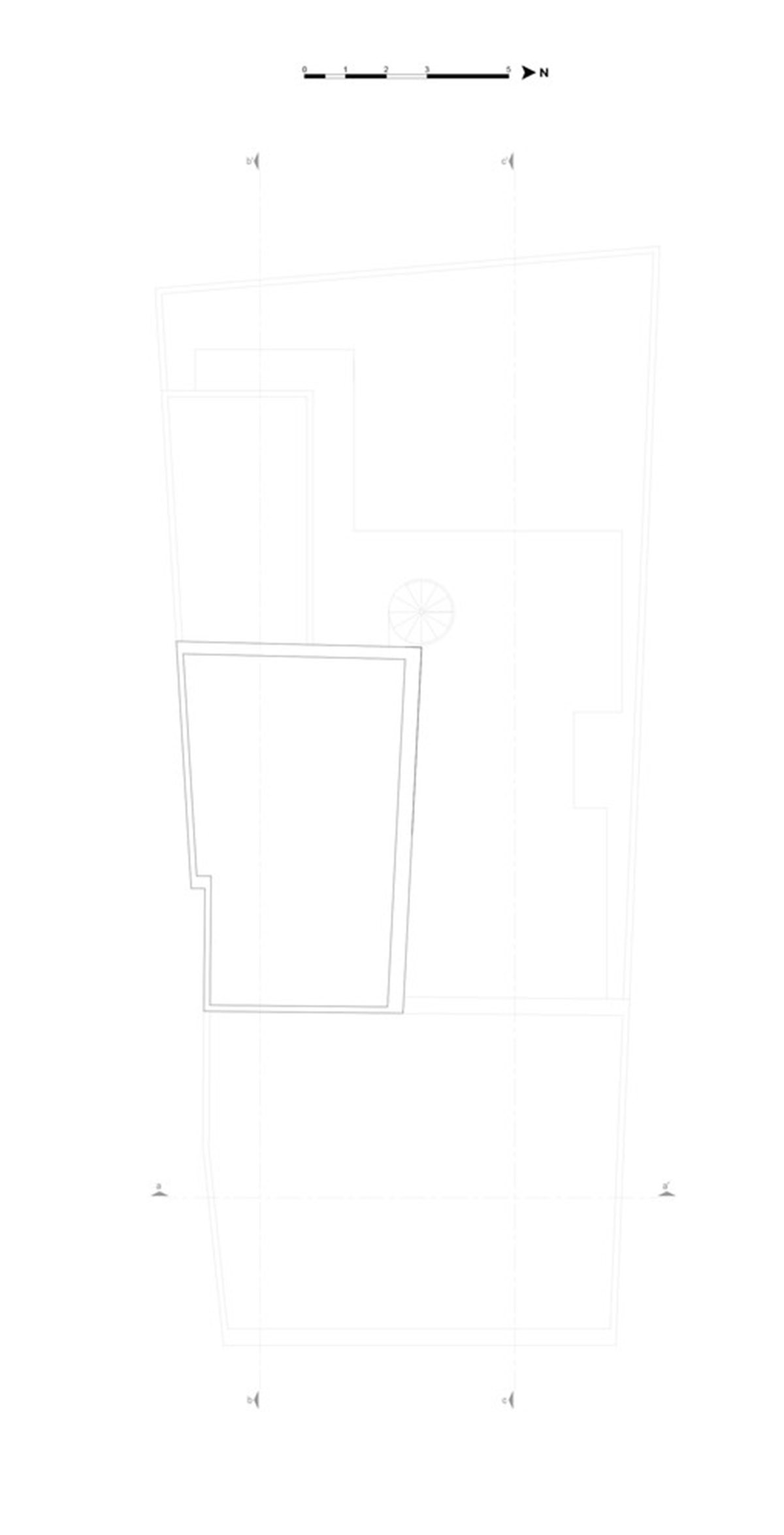 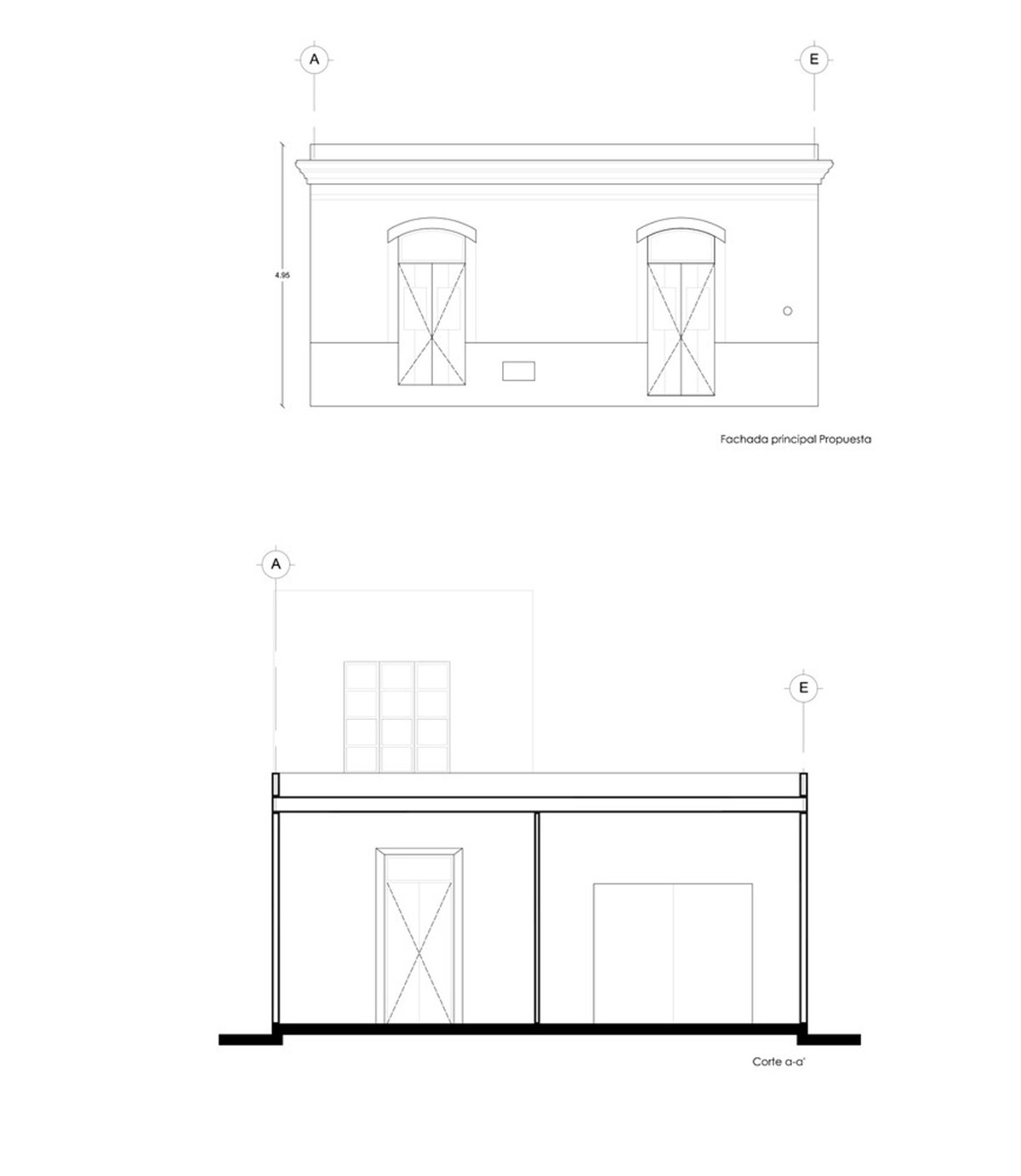