Along with the development of Can Gio district, many major roads were expanded for residential areas and commercial buildings. The construction sights dominate this area all the time, thus it makes lot of air pollution and sometime it is hard to breathe. 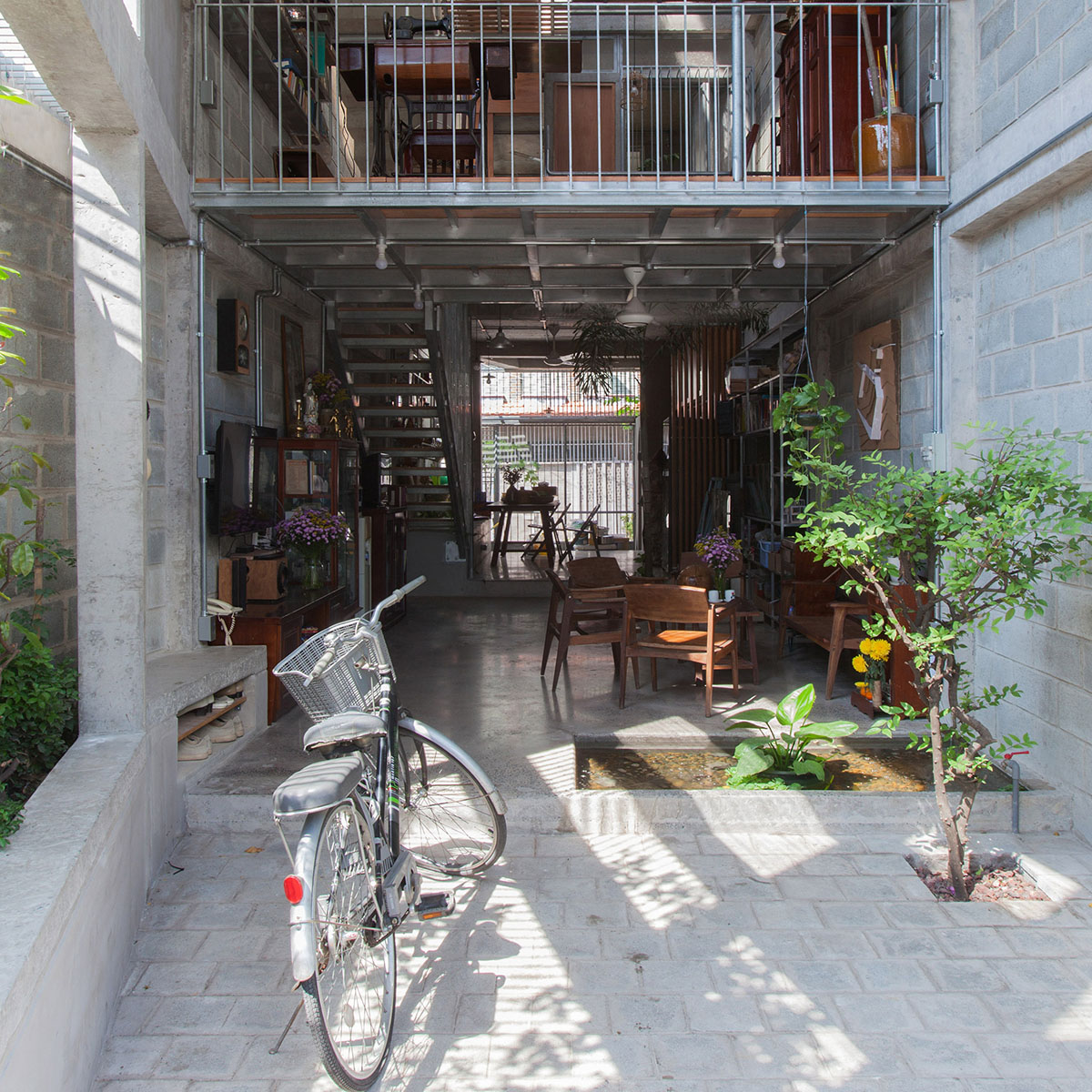 K59 Atelier's building includes three bedrooms along with office and workshop space for the architecture studio, washing space, which were all arranged around the center of a hall functions as the cultural activities of family. 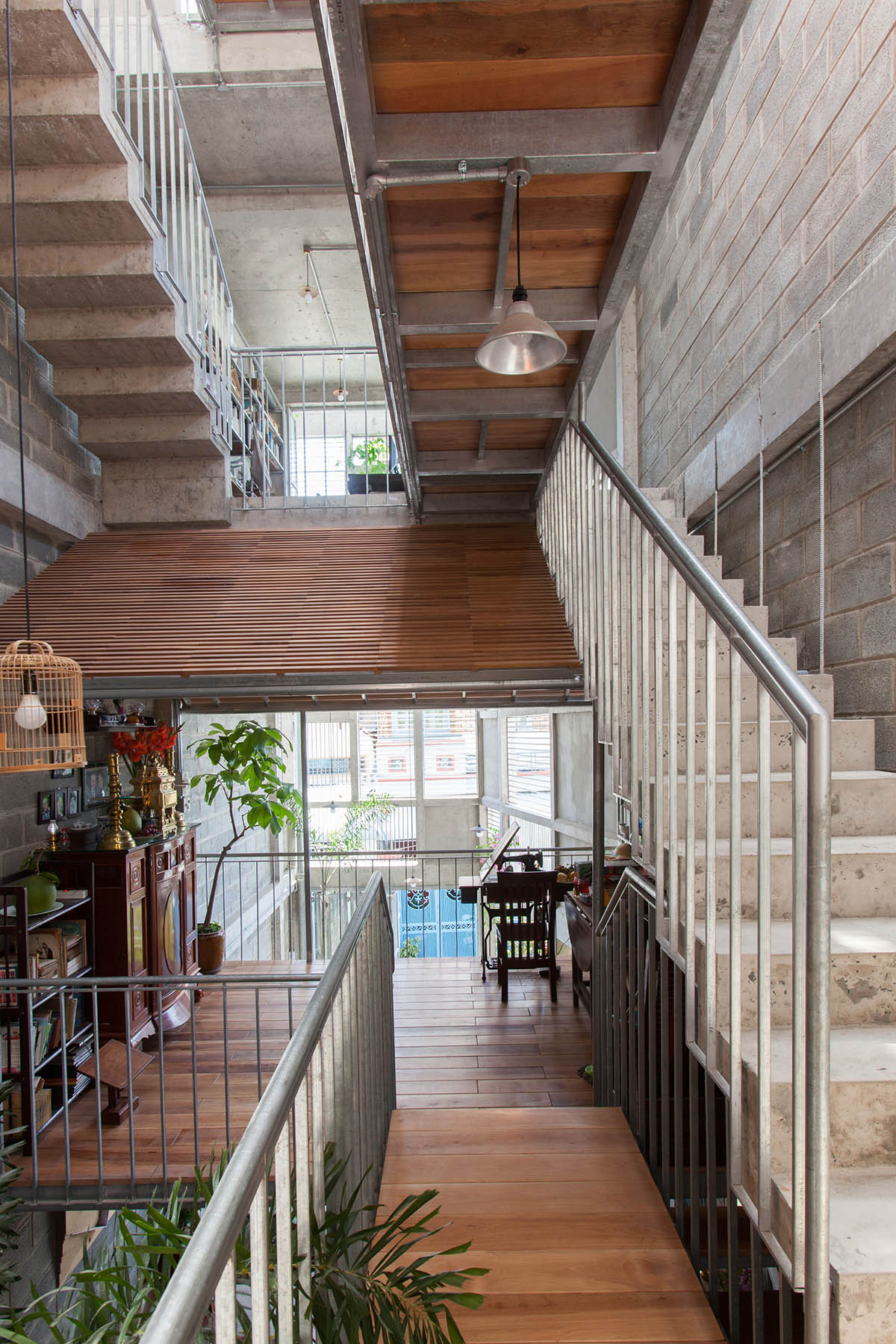 "Dust and noise pollution going along with living and working needs are the main issues that we had to deal with when we began to build our own atelier," said K59 Atelier.

"Facing with the introduction of many new cultures, traditional spaces such as worship and family activities seem to gradually disappear and no longer exist." 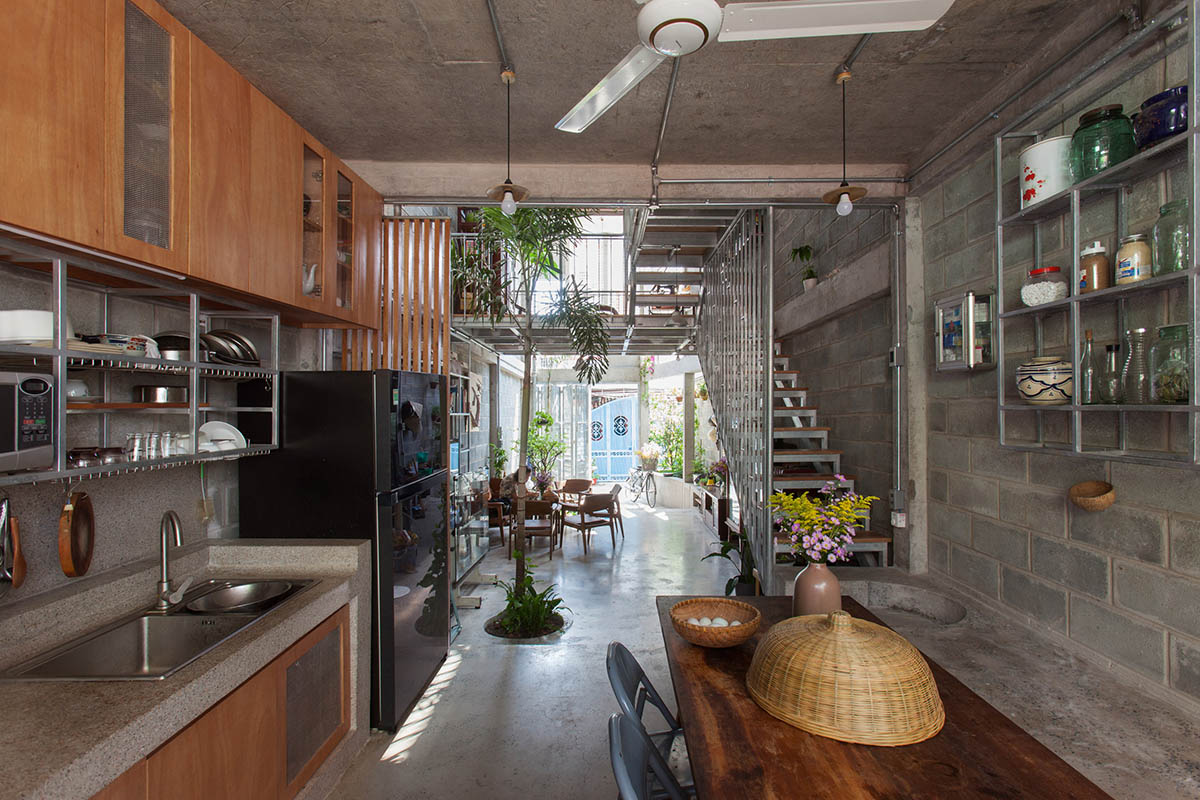 The architects take inspiration from the image of a wooden house formed by a frame of the concrete structure. The cultural activities of families have been placed at the center of the house. "Keeping the tradition as the heart of the modern lifestyle is the key to sustain our culture, which we always think about," added the studio. 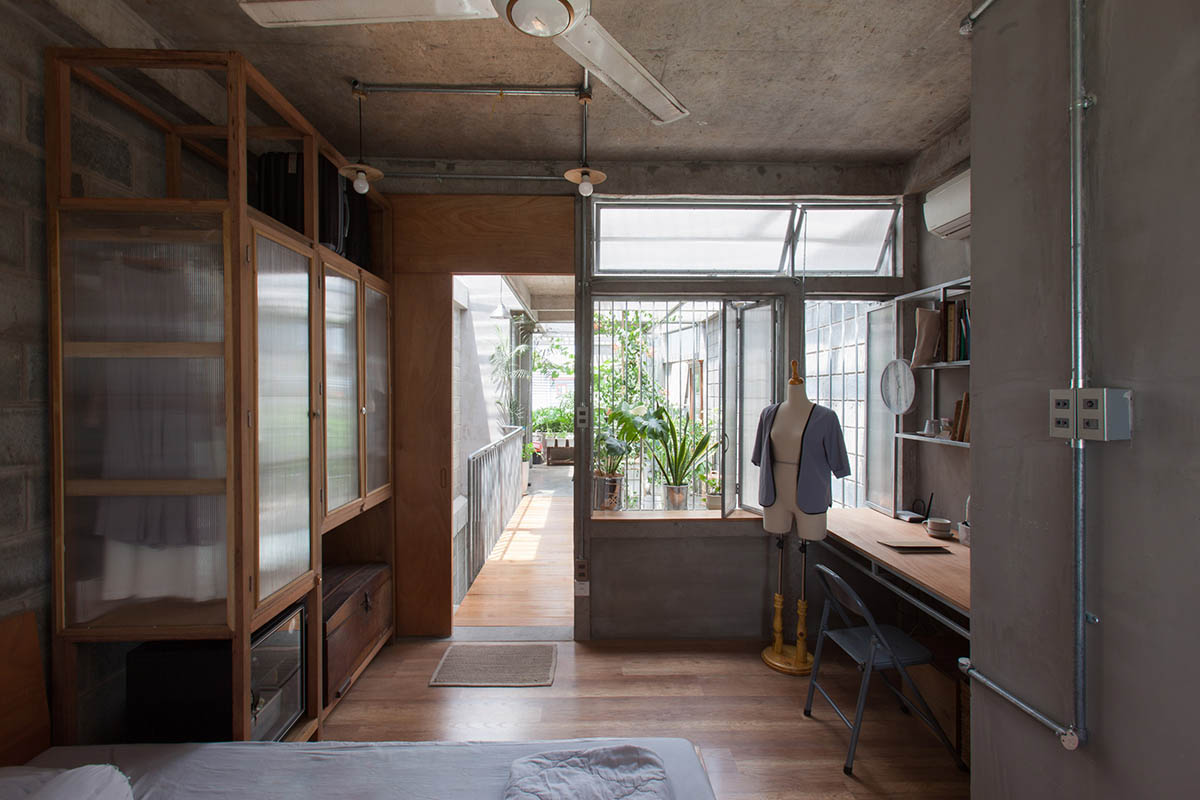 The construction site is located in the ends of two dead alleys, the 1st floor has to be empty that allows the flow of people and air moving continuously between two alleys.

The house is divided into two parts by a big atrium in the between. The front part of the house consists of a worship space, an architecture atelier and a vegetable garden. The back part is the private space including bedrooms, toilets and laundry area. 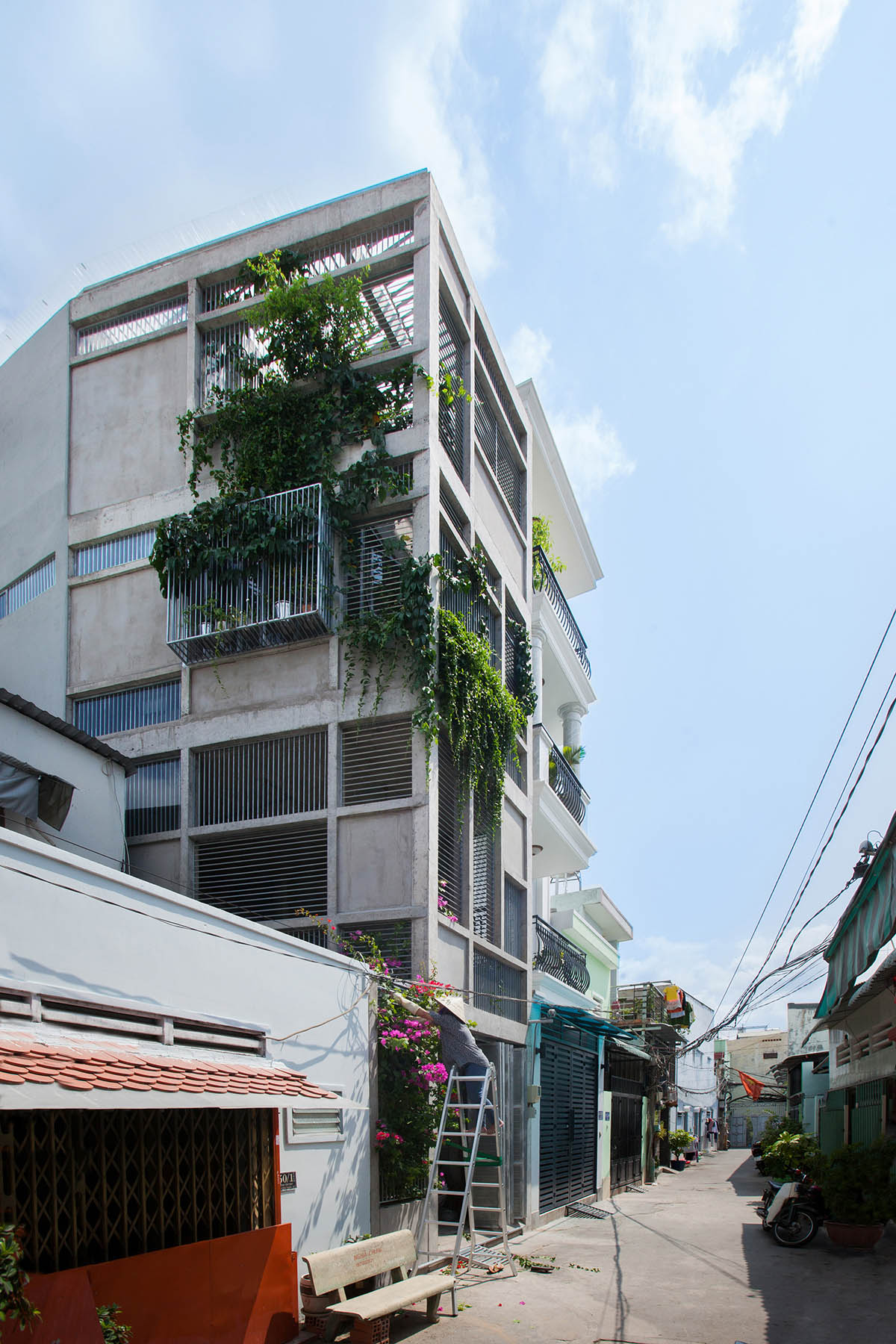 The sanitary space and laundry are arranged towards the side of the canal that allows the sun and fresh air come in and stay back to the bedroom area. The firm preferred to use some gaps and open volume as the methods to link the space each other. 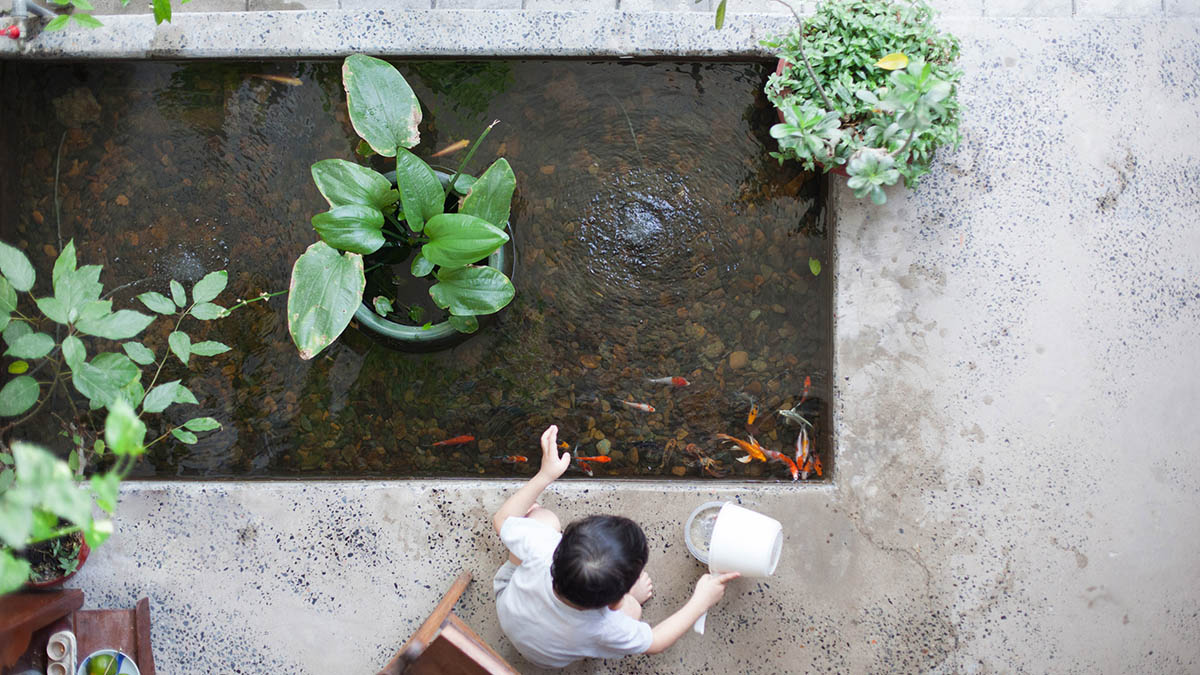 The flexibility in using the systems of folding, sliding and rotating door and windows helps people connected inside the building and expand the view to the surrounding landscape. "We prefer adaptation and self-change rather than resisting what happening around us." 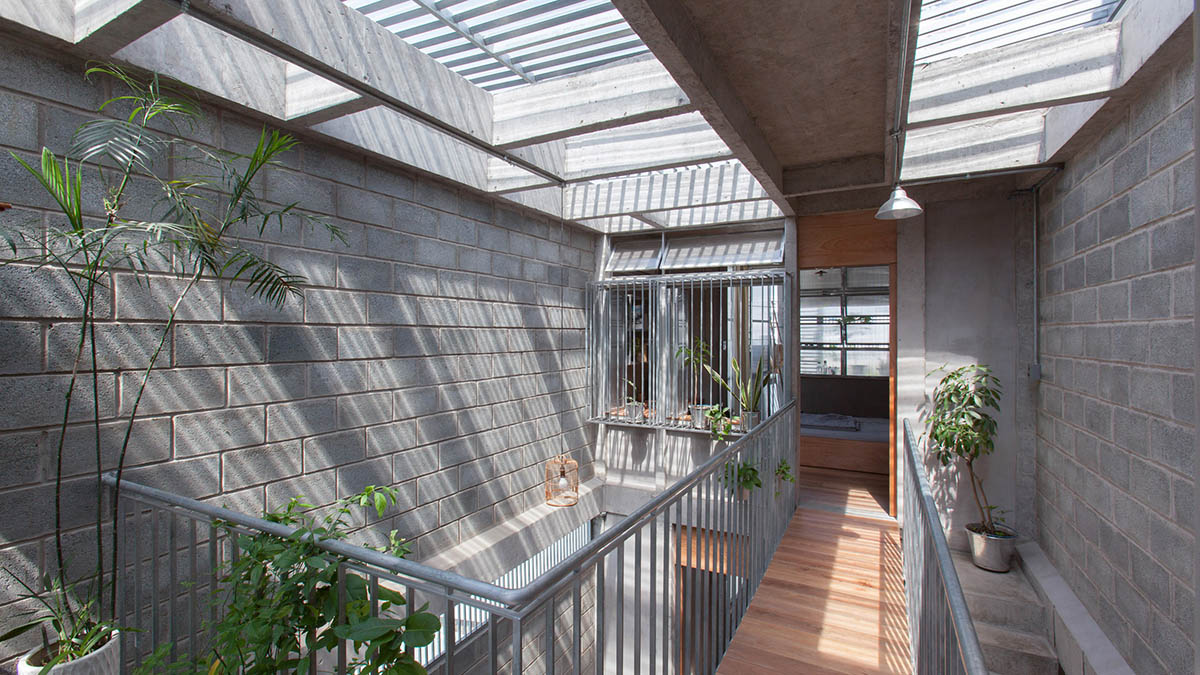 "Living in a crowded and stuffy city doesn't mean that we have to disconnect to outside and close the door. On the contrary, we need the flexibility and generosity in design. The hollow structure helps the building to breathe, instead of using long walls or fixed glasses," they added.

"We believe this method will allow communication between people (culture), nature and society." 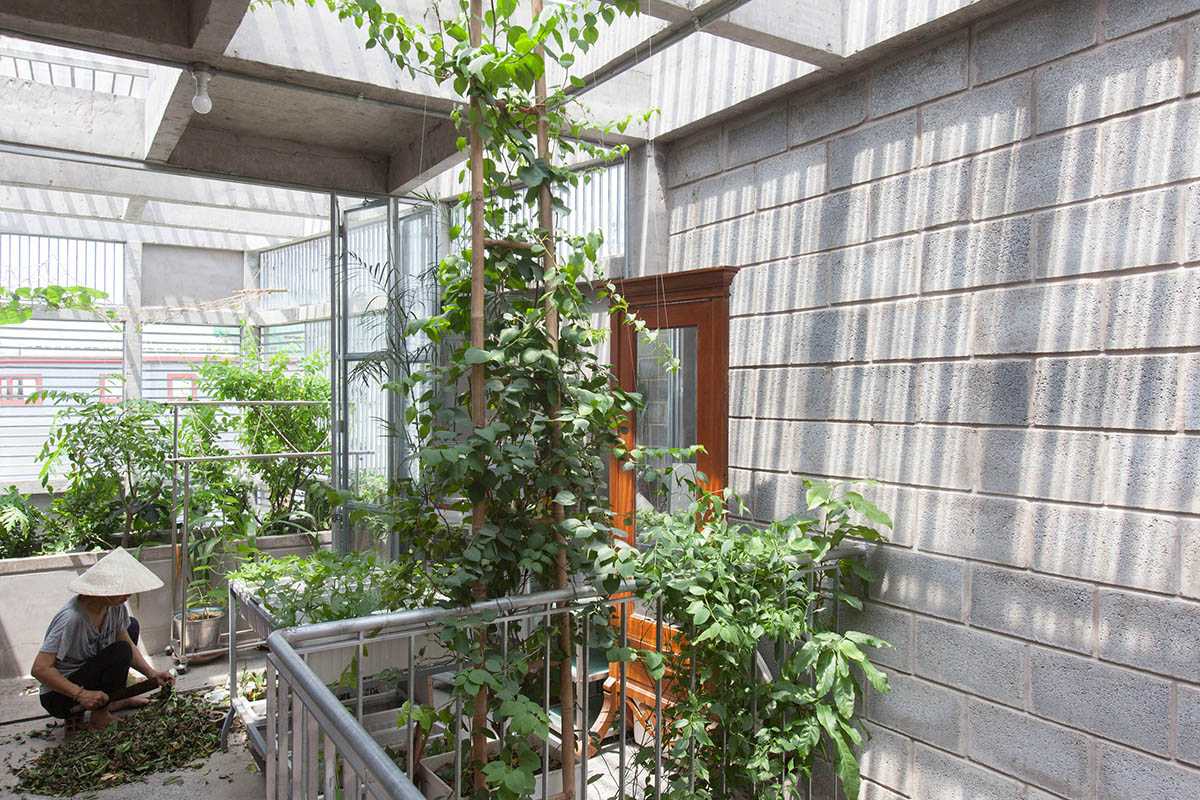 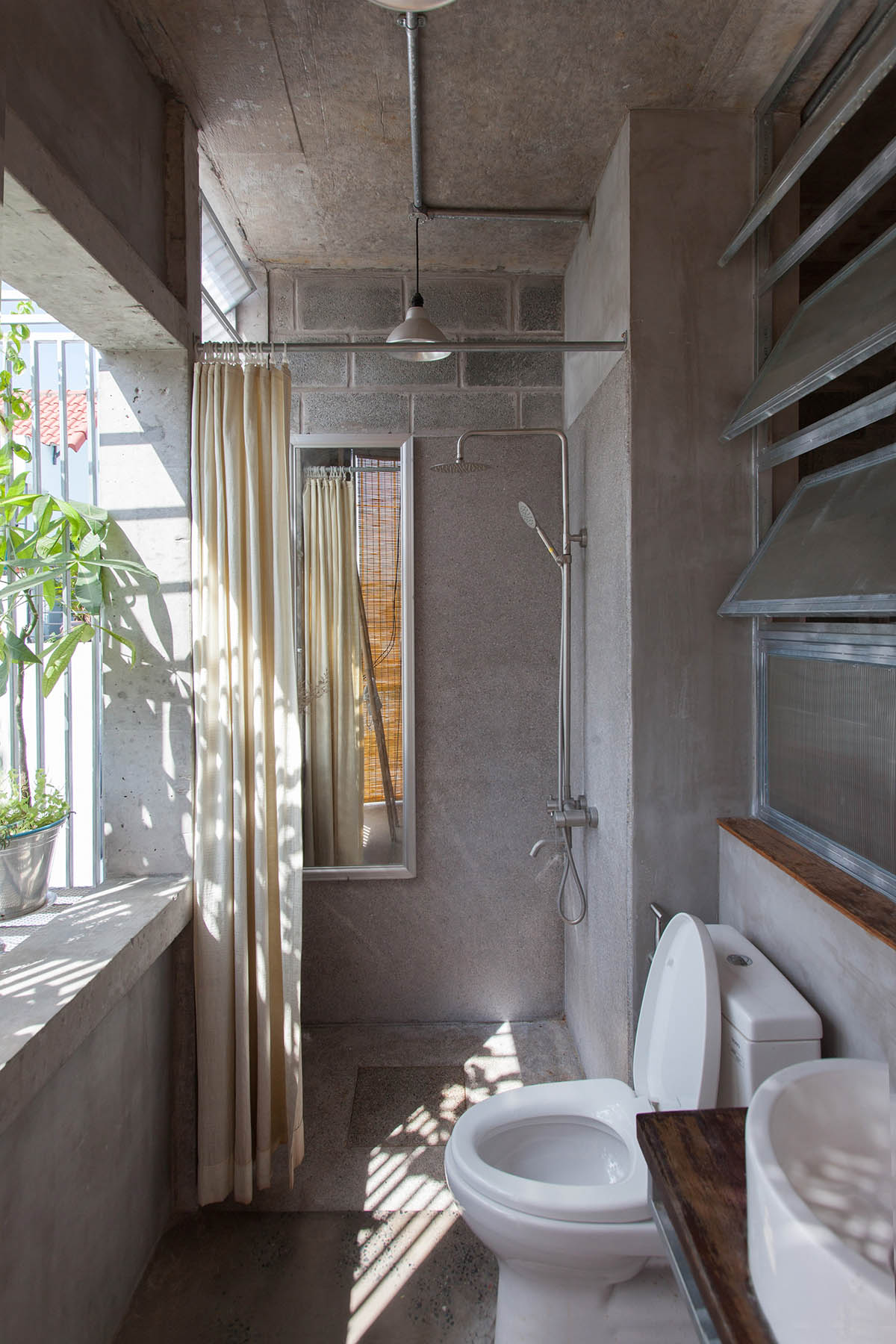 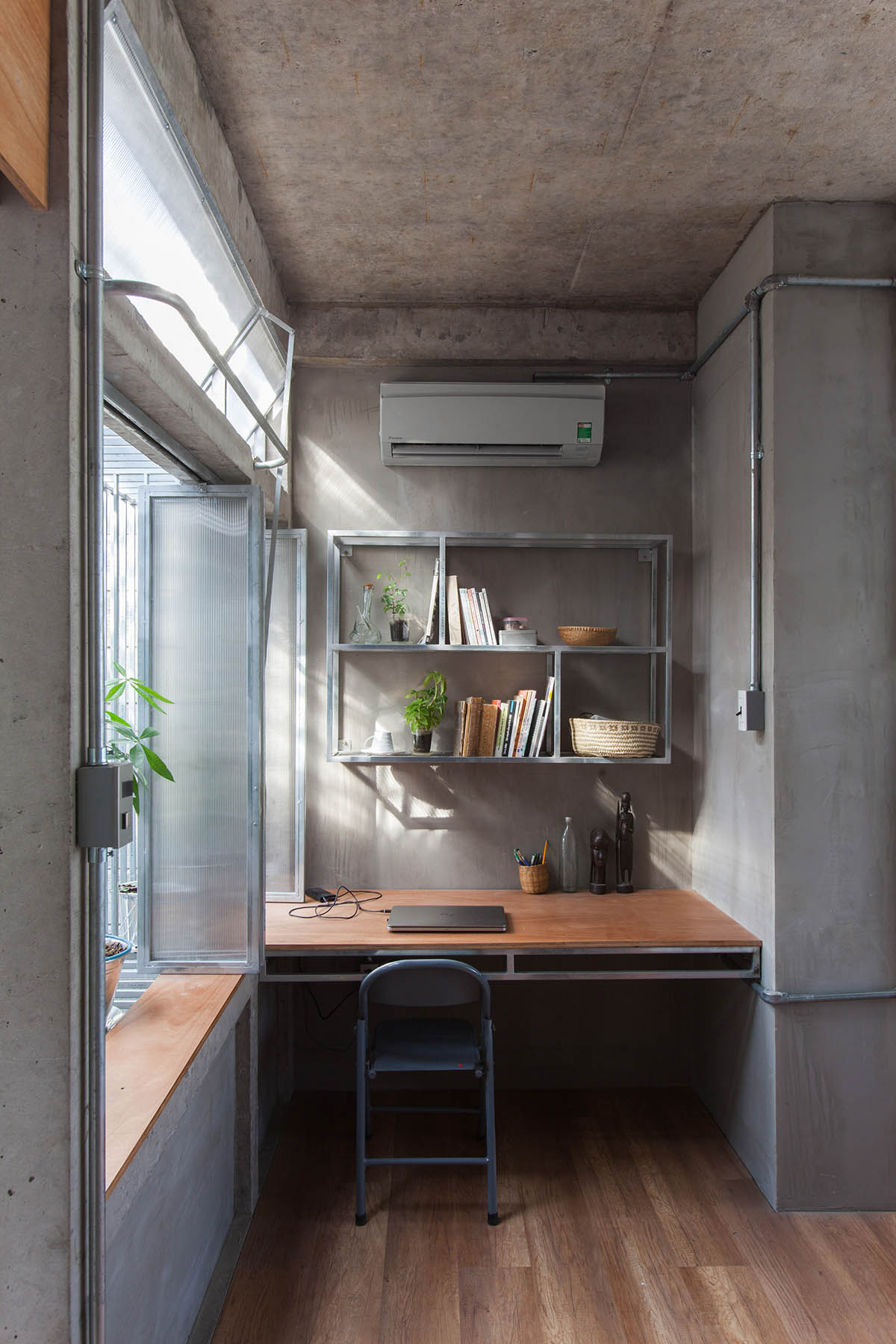 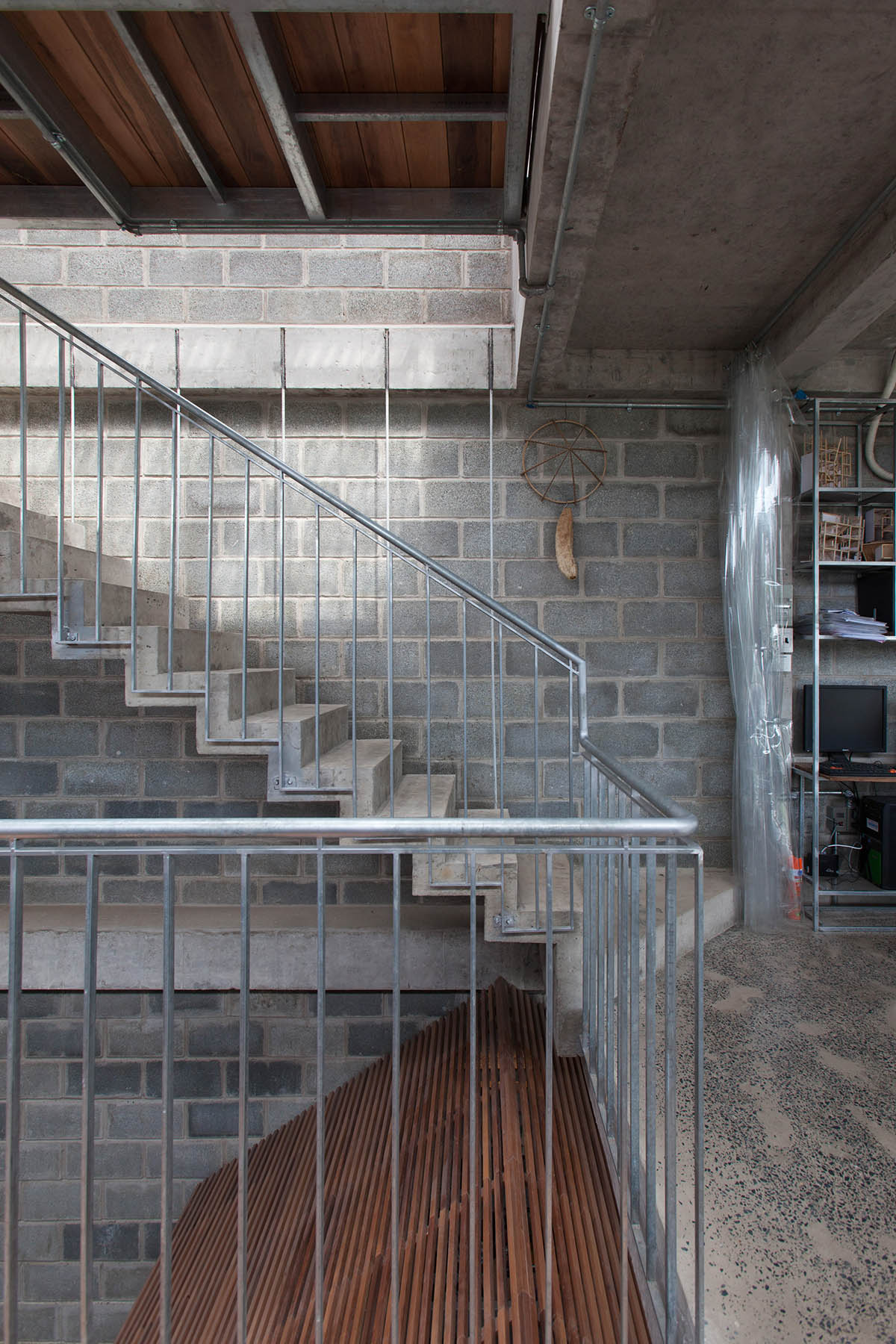 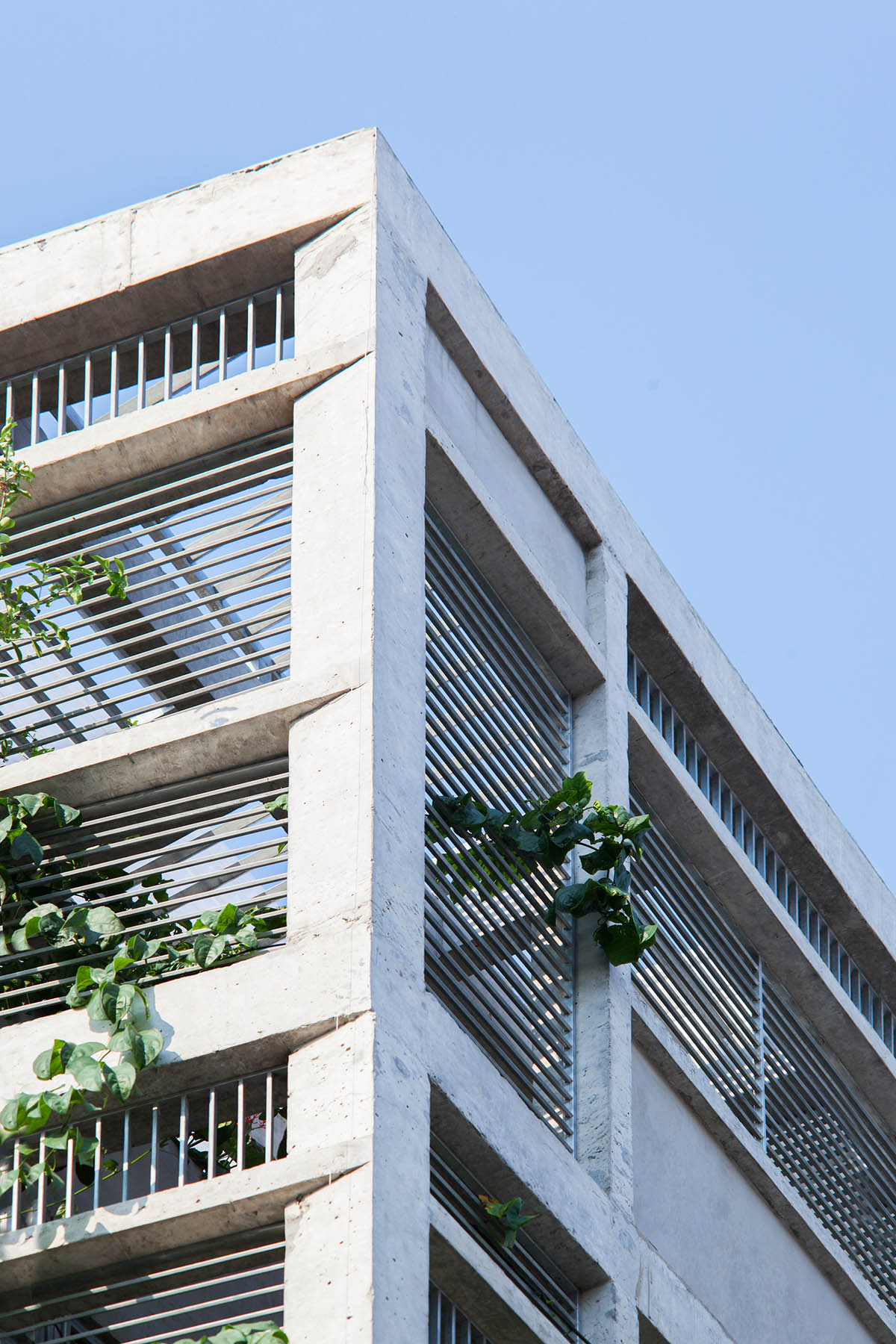 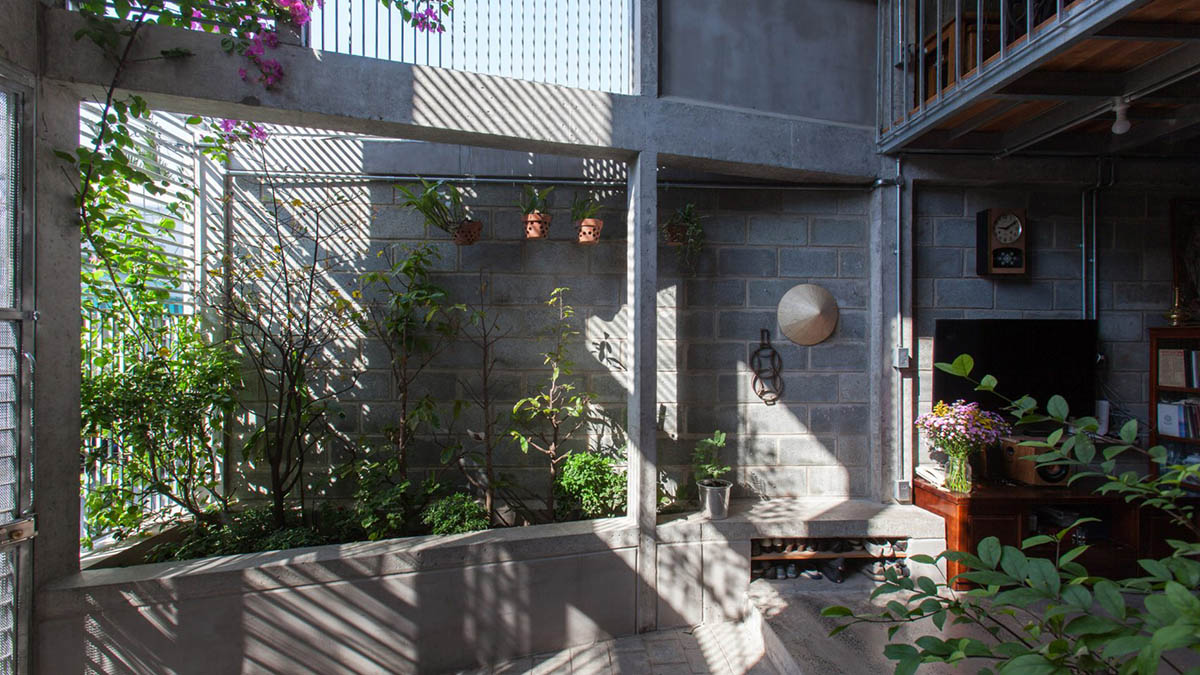 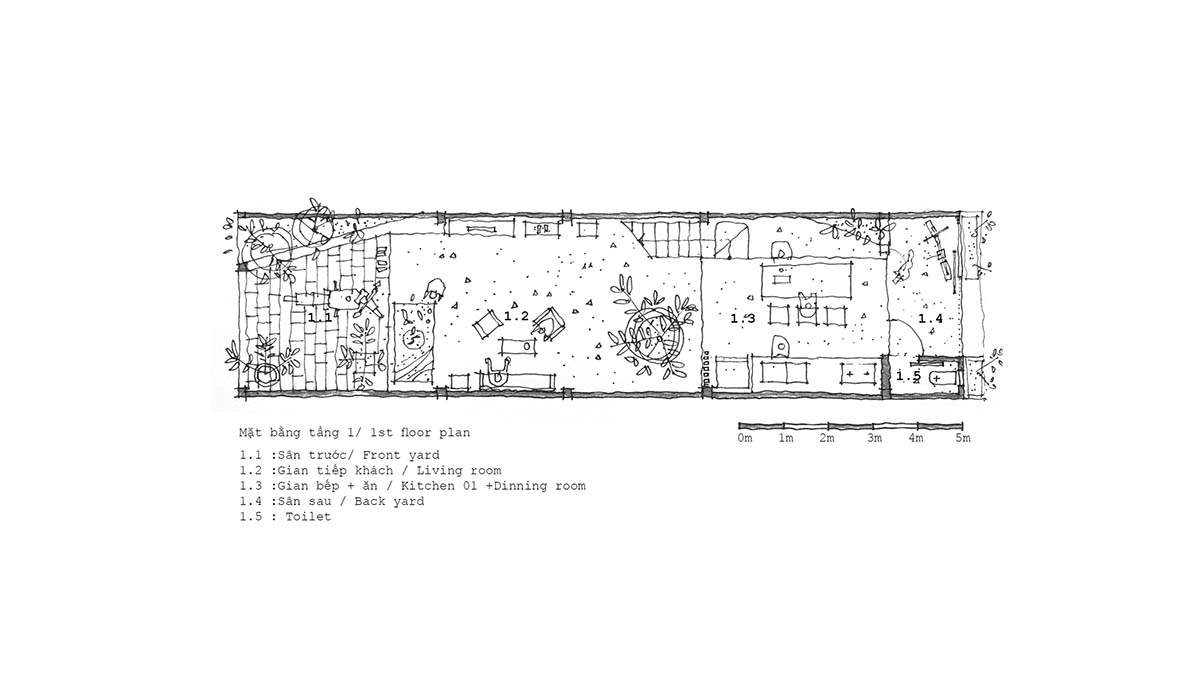 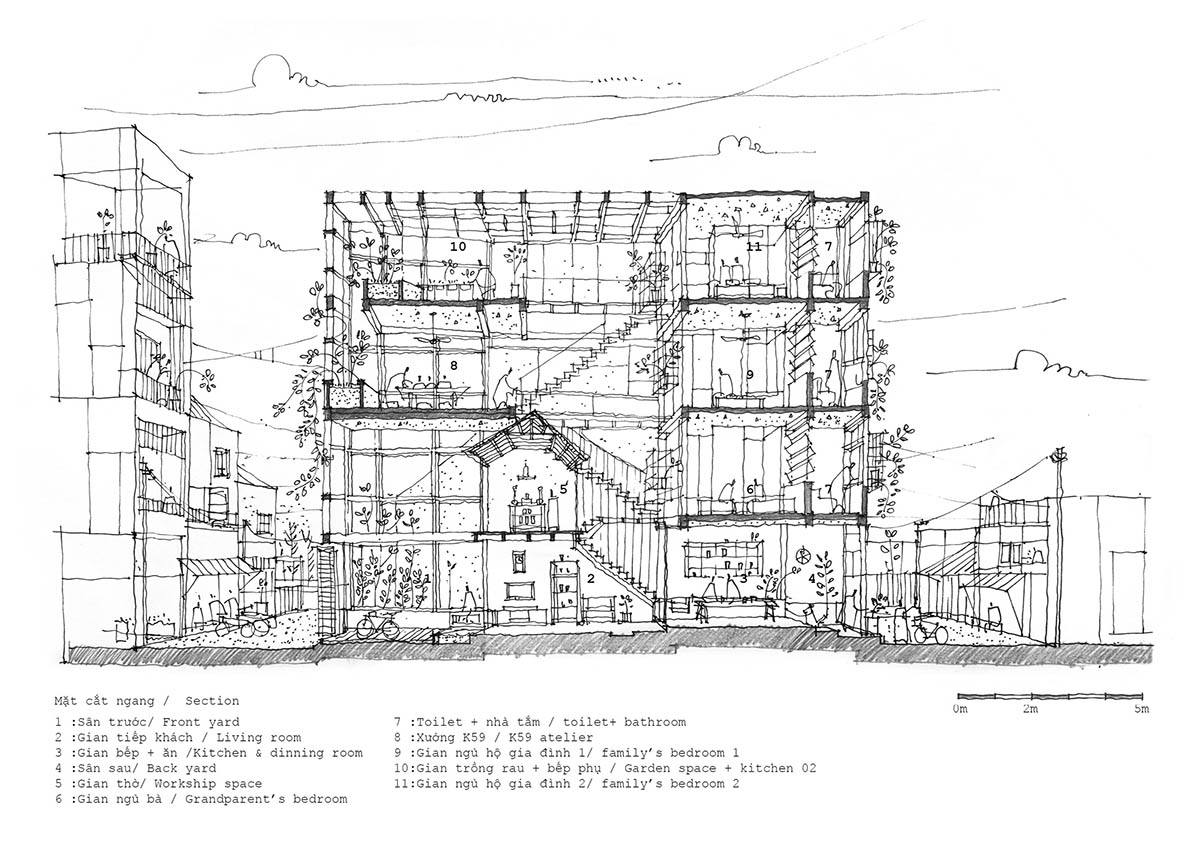 All images courtesy of K59 Atelier